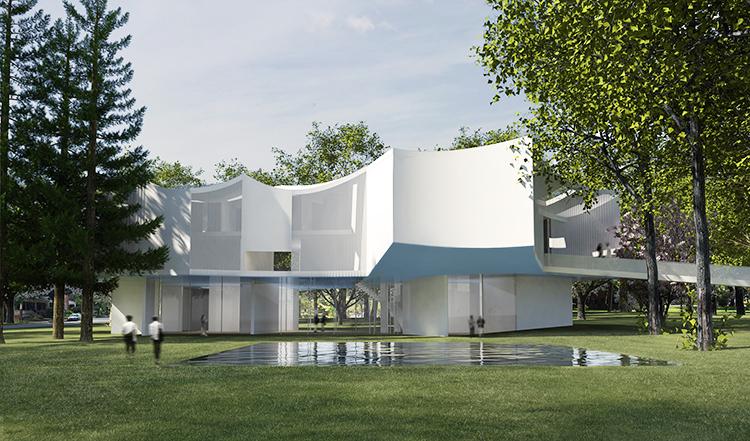 Steven Holl Architects has revealed new images of Visual Arts Building at Franklin & Marshall College, a liberal arts school in Lancaster, Pennsylvania. The 'kite-like' structure is inspired by the campus' remarkable surrounding trees, providing a central idea for the composition of the building. President Daniel R. Porterfield announced the new concept during F&M's annual commencement ceremony during this week. Steven Holl and Senior Partner Chris McVoy presented their concept for the project to the College’s Board of Trustees during their May 5 meeting on the Campus.

Named as ''a pavilion on the park'' by Steven Holl, the building’s light profile is a concave response to the large diameters of the campus’ trees—many over one-hundred years old and the oldest things on this great historic campus. A prominent feature of the design is a glass-enclosed forum in the center of the ground floor that will allow pedestrians on the campus side of the building to see through to the green landscape of Buchanan Park. The new building will form part of a new Visual Arts Quad with a storm water reflecting pool at the south end of the campus marking a new college entry centered around the arts. 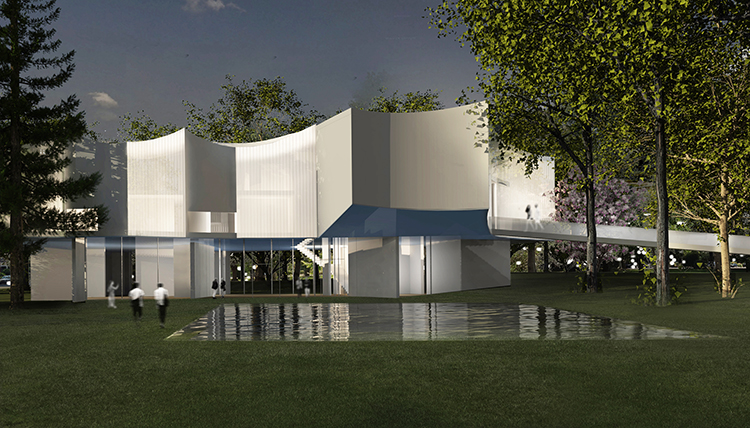 "We don't have a single 'style.' We always try to shape a unique experience, and our approach is the same with ?this project," said Steven Holl. "We look to create something of this place, to inspire future students'' Holl added.

The new four-level building features a variety of studios distributed around a central common area on the second floor, along with a specially prepared area for large-scale stone and metal sculpting on the ground floor. Also included will be film labs and a cinema-screening auditorium and lecture hall to support programs in film, photography, and visual studies, areas of study of growing interest. Classroom space and office/studio spaces for faculty and advanced students will occupy the third floor and overlook both the studios below and the park. 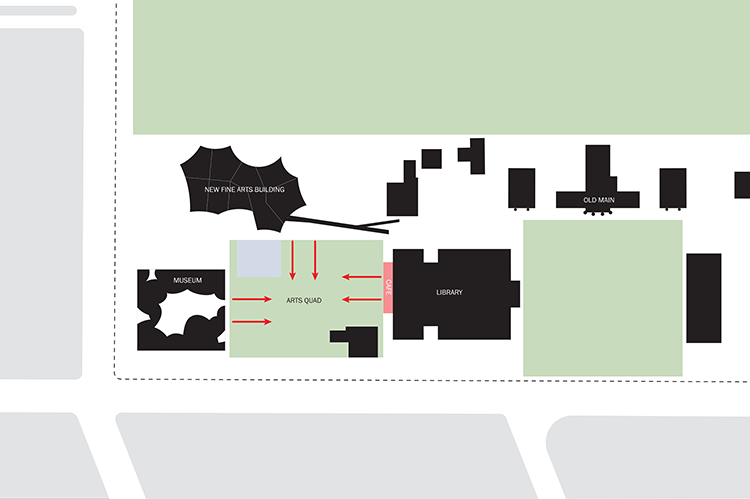 Plan of diagram showing functional arrangements in the campus.

The building also exemplifies advanced sustainable practices with geothermal heating and cooling integrated with radiant floors. At roughly 35,000 square feet, the new visual arts building will be almost double the size of the existing Herman Arts Building, which will be removed to make way for the new structure.

The building is supported by $10 million commitment, which is the second largest single gift in the College's history — from Franklin & Marshall Trustee Benjamin J. Winter '67 and his wife, Susan, will provide the leadership investment in the project, for which the couple has already helped fund an initial planning phase in 2015. Ben Winter is principal of The Winter Organization, a leading real estate investment management business focused on the New York metropolitan area. 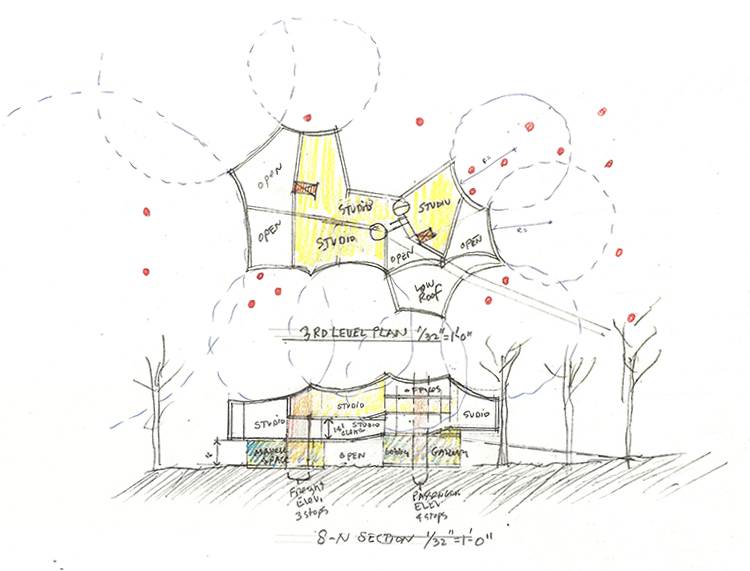 Initial sketch of Steven Holl, is inspired by trees in the campus.

''No effort of generosity comes without being inspired — by a place, by people, by a project. In this case, it's all of those things," Ben Winter said. "Susan and I continue to be inspired by Franklin & Marshall College, by Dan Porterfield's leadership, and by the young students at F&M who suggest a brighter future and better world ahead for all of us. We're also very excited to be working with one of the world's great architects, Steven Holl, on creating a new campus space that we hope is truly transformative, both for the College and the faculty and students who use it'' added Ben Winter. 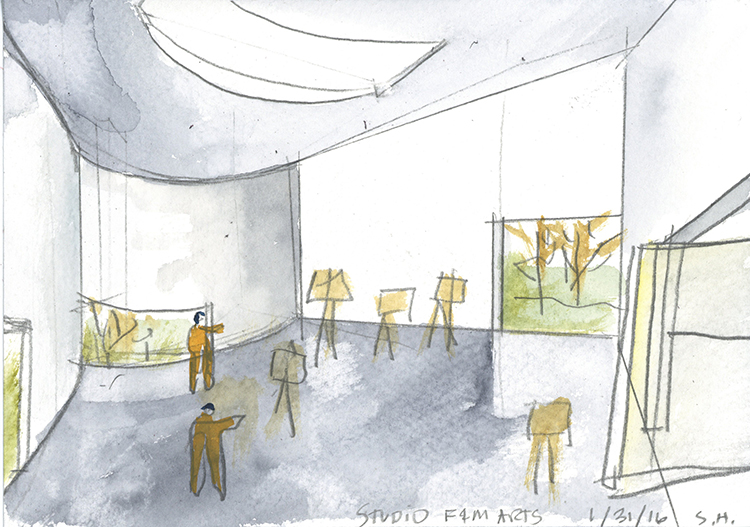 ''Great architecture is itself educational," said Porterfield. "It inspires all of us to reach, to imagine, to expand our ideas. It helps us envision the future of liberal arts education for the world we inhabit today'' 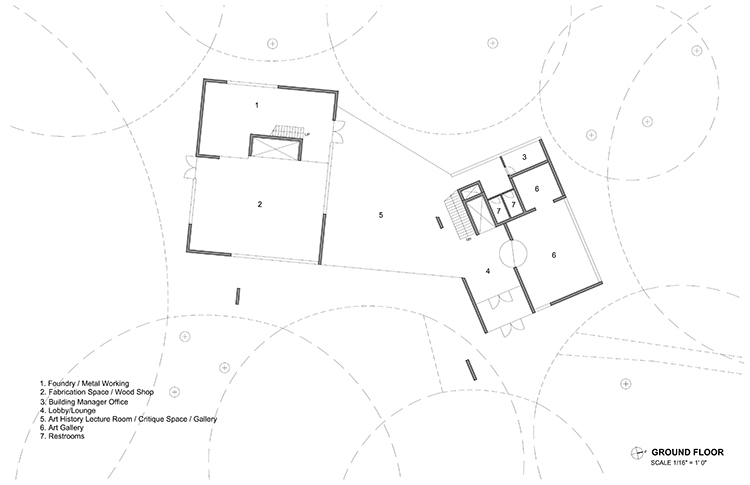 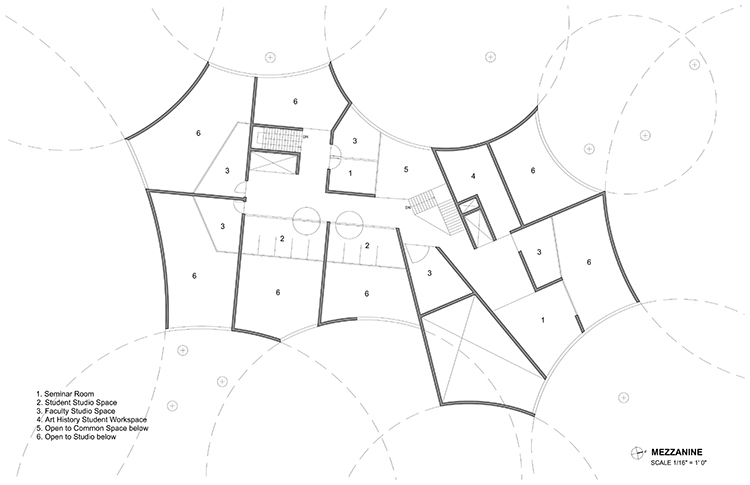 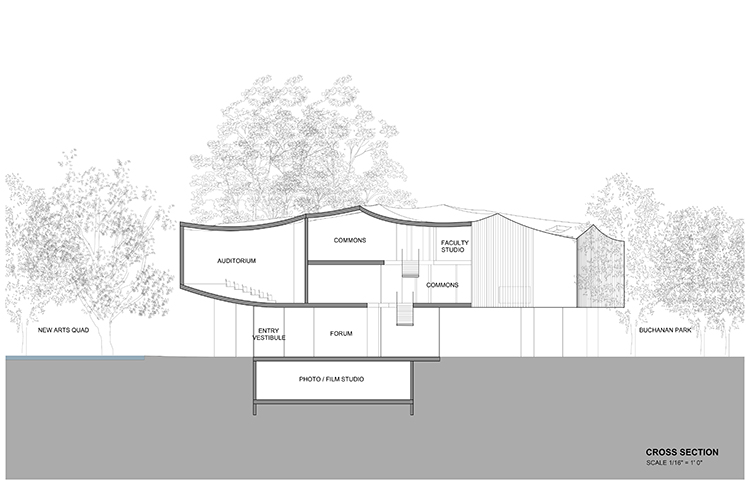