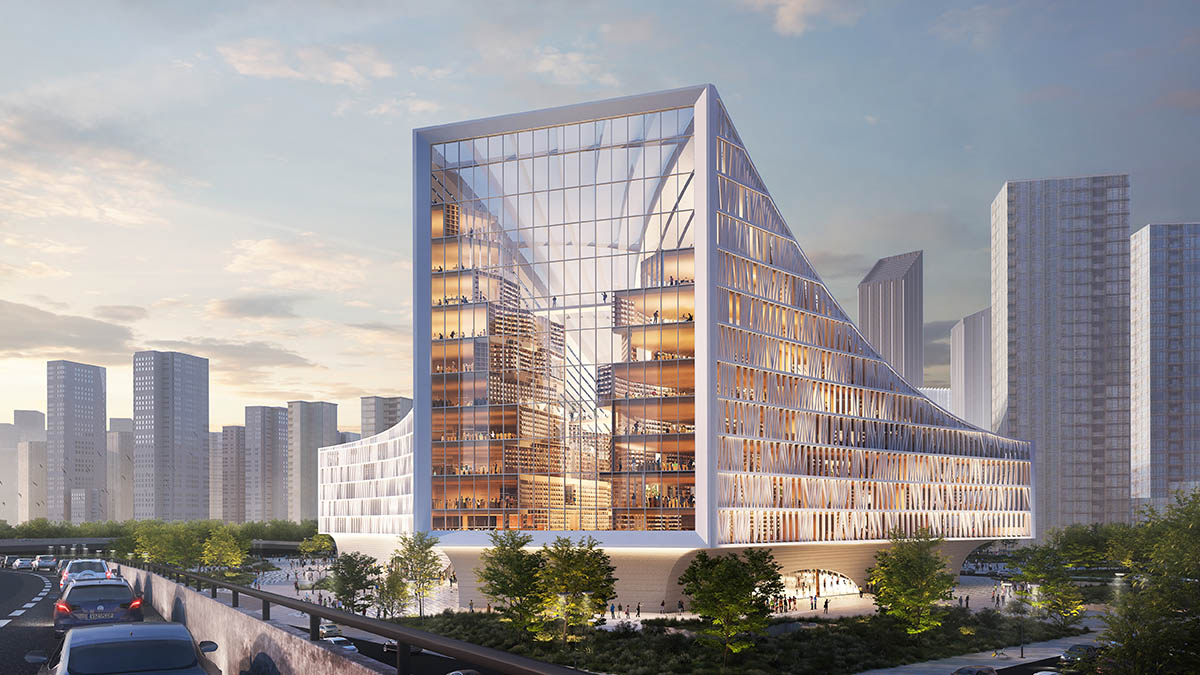 MVRDV has unveiled design for Wuhan Library, featuring a canyon of books shaped through a series of stepped terraces. MVRDV has won the competition to design a new central library for Wuhan, China.

Called Wuhan Library, the 140,000-square-metre project, set to be built as "one of the largest libraries in China", will combine traditional and non-traditional functions incorporating diverse study, living room, reading, and studio spaces. 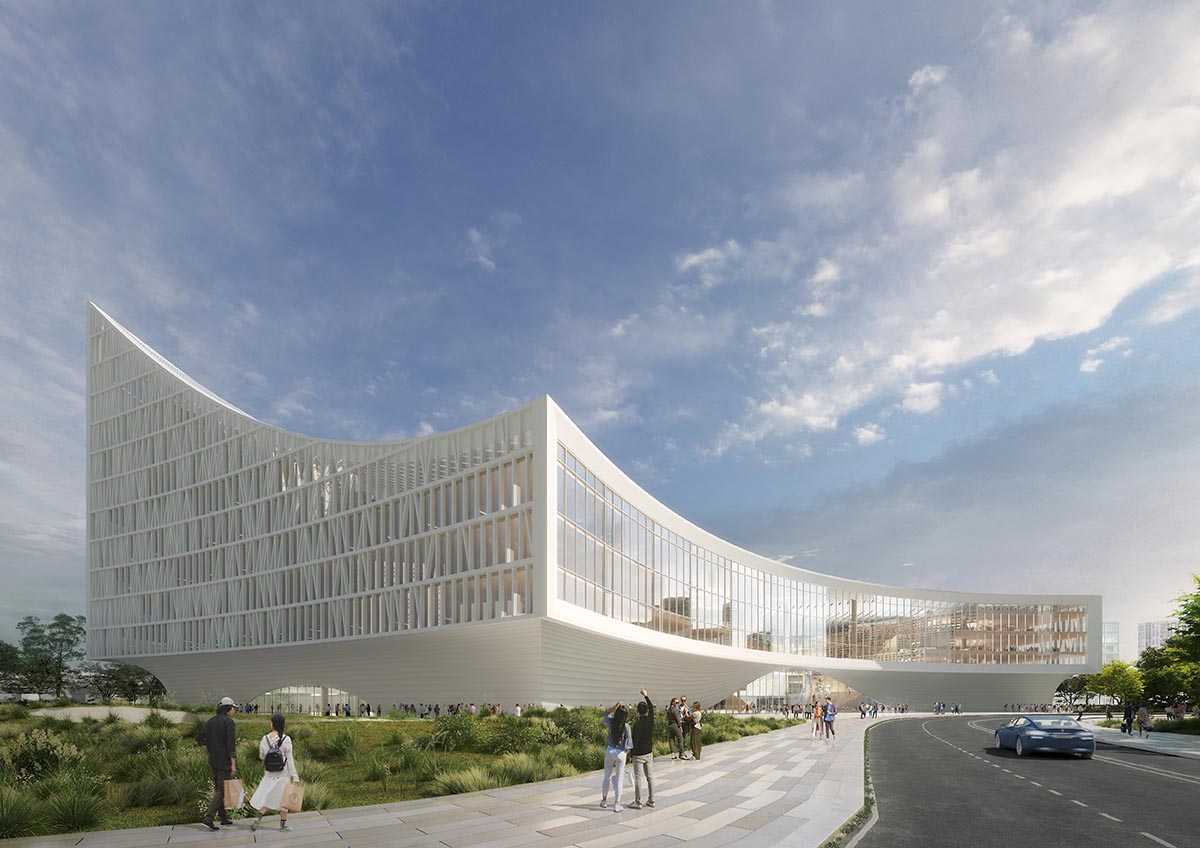 Three large openings are connected to its surroundings, which will also act as visual displays of life inside the building, while sparking curiosity and intrigue.

The new Wuhan Library has a distinctive, three-faced flowing volumetry that celebrates the position of the "city of 100 lakes" at the confluence of two rivers. The new library is envisioned to be "a new recognisable landmark for Wuhan". 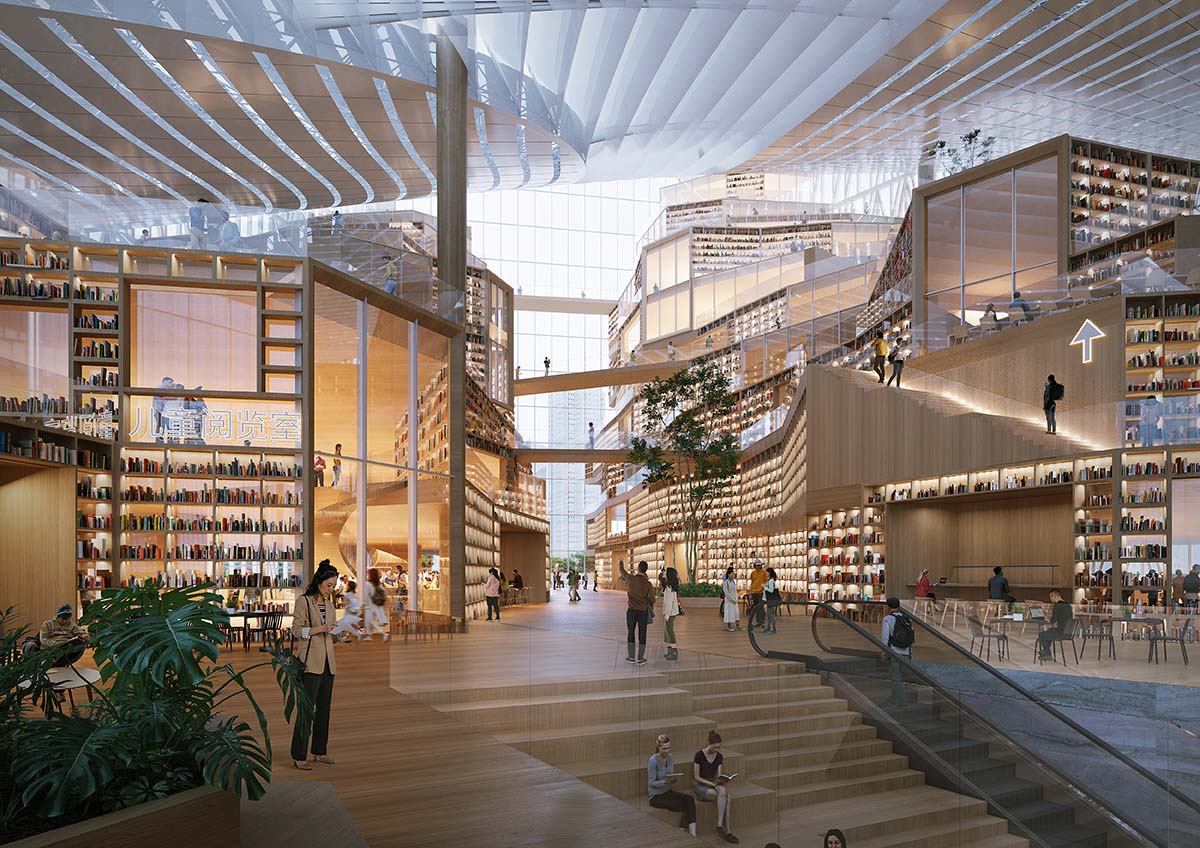 Set to be built at a highly visible site next to the Baofeng overpass in Wuhan’s Central Business District, the Wuhan Library will integrate literature, information services, as well as scientific and technological innovation and research resources.

Aiming to improve Wuhan’s public information service system, and meet functional needs in terms of reading, learning, communication, and innovation, the library is expected to enhance the city’s urban economy.

MVRDV draws inspiration from the geography of Wuhan, evoking "the sculptural force of the rivers not only in its form but also in its interior character, spatial qualities, and materials," according to the firm. 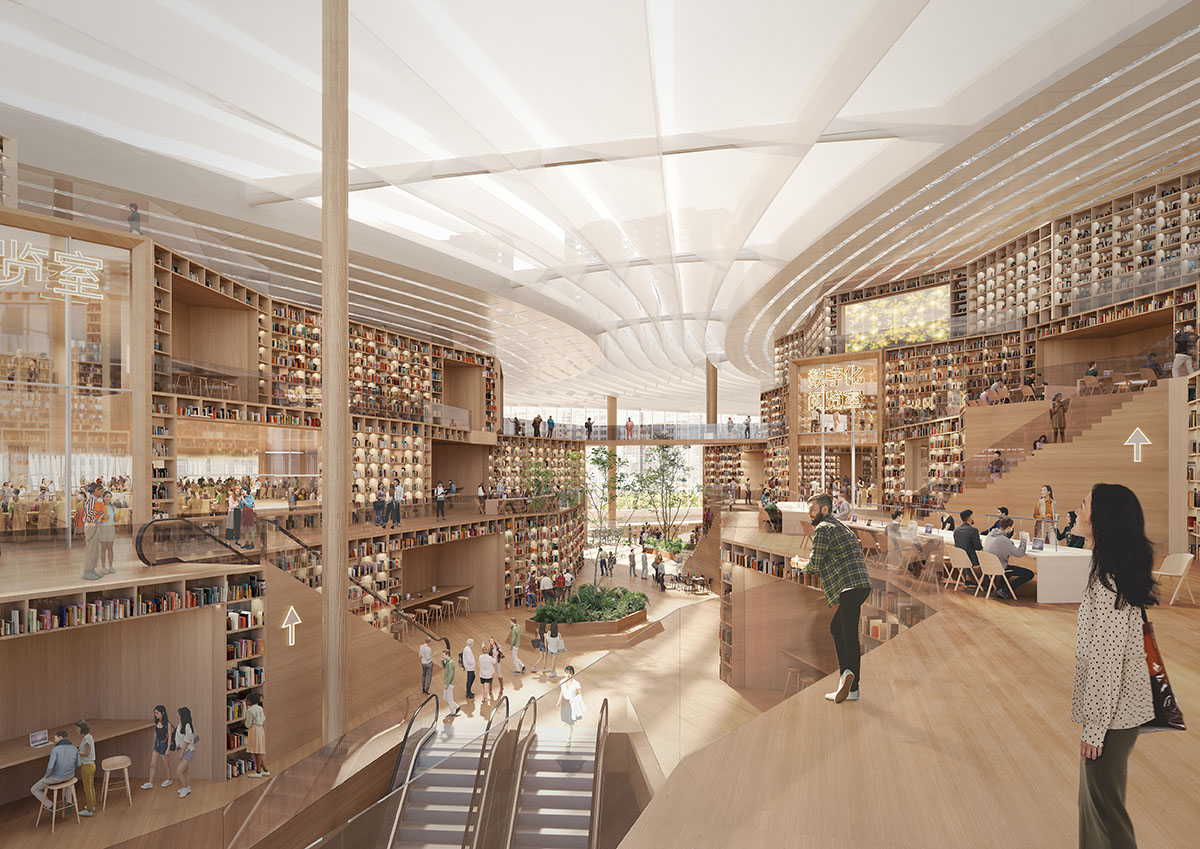 The design references the different heights of the surrounding buildings in its form, with three dramatic picture windows facing the city at different vantage points.

The interior of the library further strengthens the notion of Wuhan’s position at the confluence of rivers, surrounded by the city landscape.

Books are displayed on the stepped terraces that invoke the sculptural lines of a canyon, with a broad ground-floor public space that visitors can enjoy throughout the day. Interiors are conceived like pavilion-like spaces on the terraces and contain the library’s different programme. According to the firm, "the canyon gives shape to different zones and interior experiences, with quiet reading areas, group work areas, and bookshelves as part of its topography."

The Reading Canyon, which is a pivotal space and represents a confluence of knowledge coming together inside the building.

"Each opening addresses a discrete view: the tallest of the three windows faces the Central Business District’s skyline; a low, wide window offers panoramic views of the park opposite; and a long, curving window embraces the adjacent plaza, offering passers-by a glimpse of the vibrancy inside," said the firm. 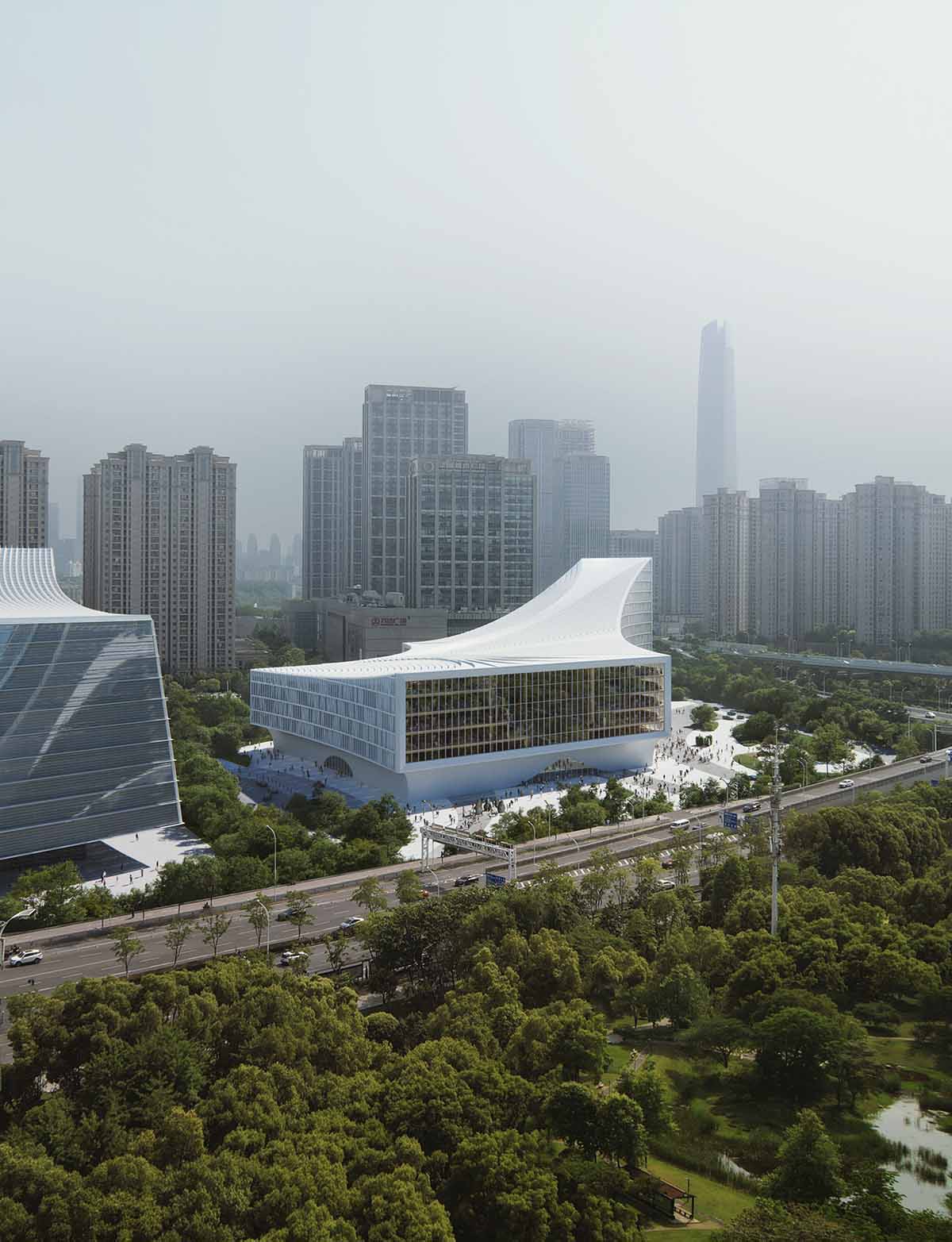 "There is a series of plateaus that can be used for studying. The biggest one will be for the more popular areas. The higher up you go, the quieter the study and reading spaces will be, serving the needs of visitors."

"This is nature versus the city, and the building is somehow focusing on this. I think this makes it an exciting place to gather," Van Rijs added. 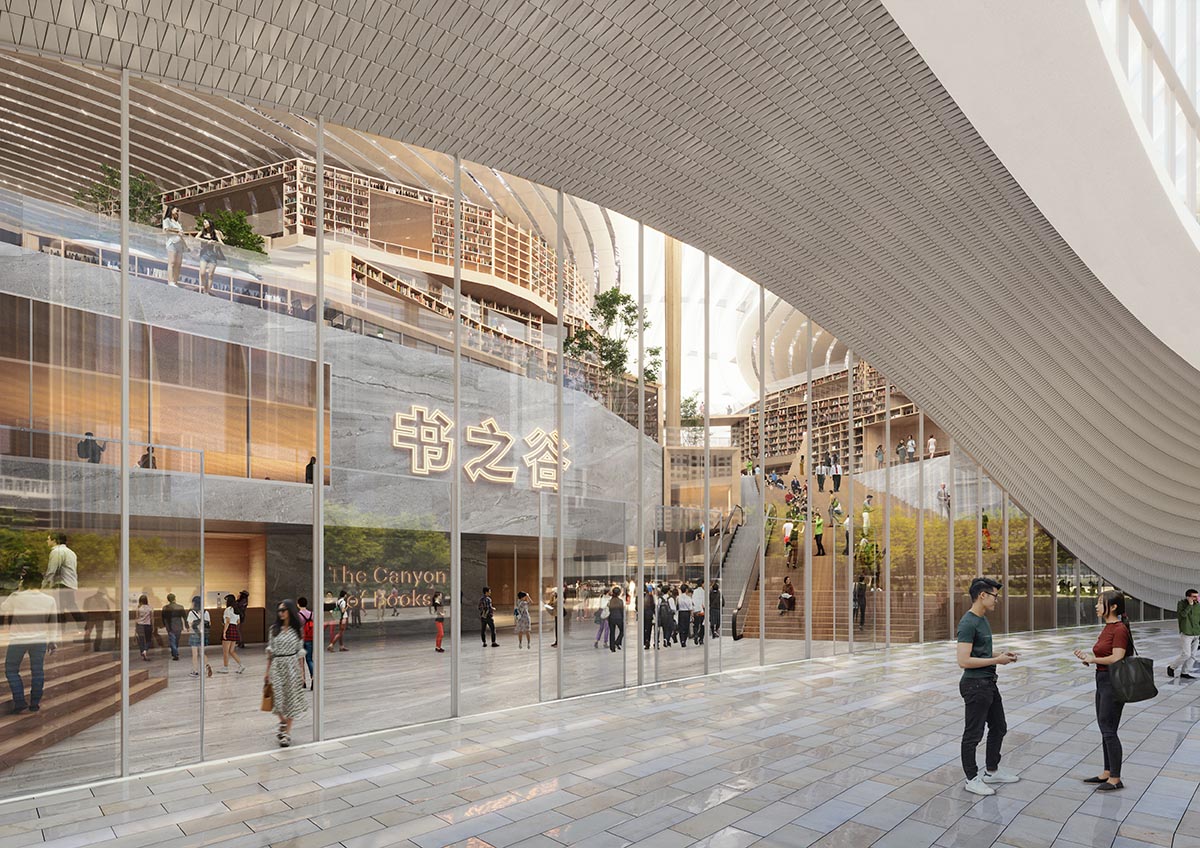 At an urban level, the grand interior canyon invites visitors inside. In the surrounding park, a plenty of green spaces will complement Wuhan’s climate conditions to ensure long-term sustainable maintenance.

Tall trees provide cooling in areas that experience intense sunlight, while the main public areas are shaded by the northwest corner of the building.

"Native vegetation requires little maintenance and maintains a year-round vibrancy, while filtering the water in the rainy season and reducing the heat island effect during hot summer months," said the studio. For example, flowing-shaped louvres in a bookshelf-like pattern are integrated to the building’s façade, communicating the building’s function as they shade the interior.

These louvres are more densely packed in the places that need the most shade from the sun; meanwhile, the building’s plinth is set back to create large cantilevers that offer shade. 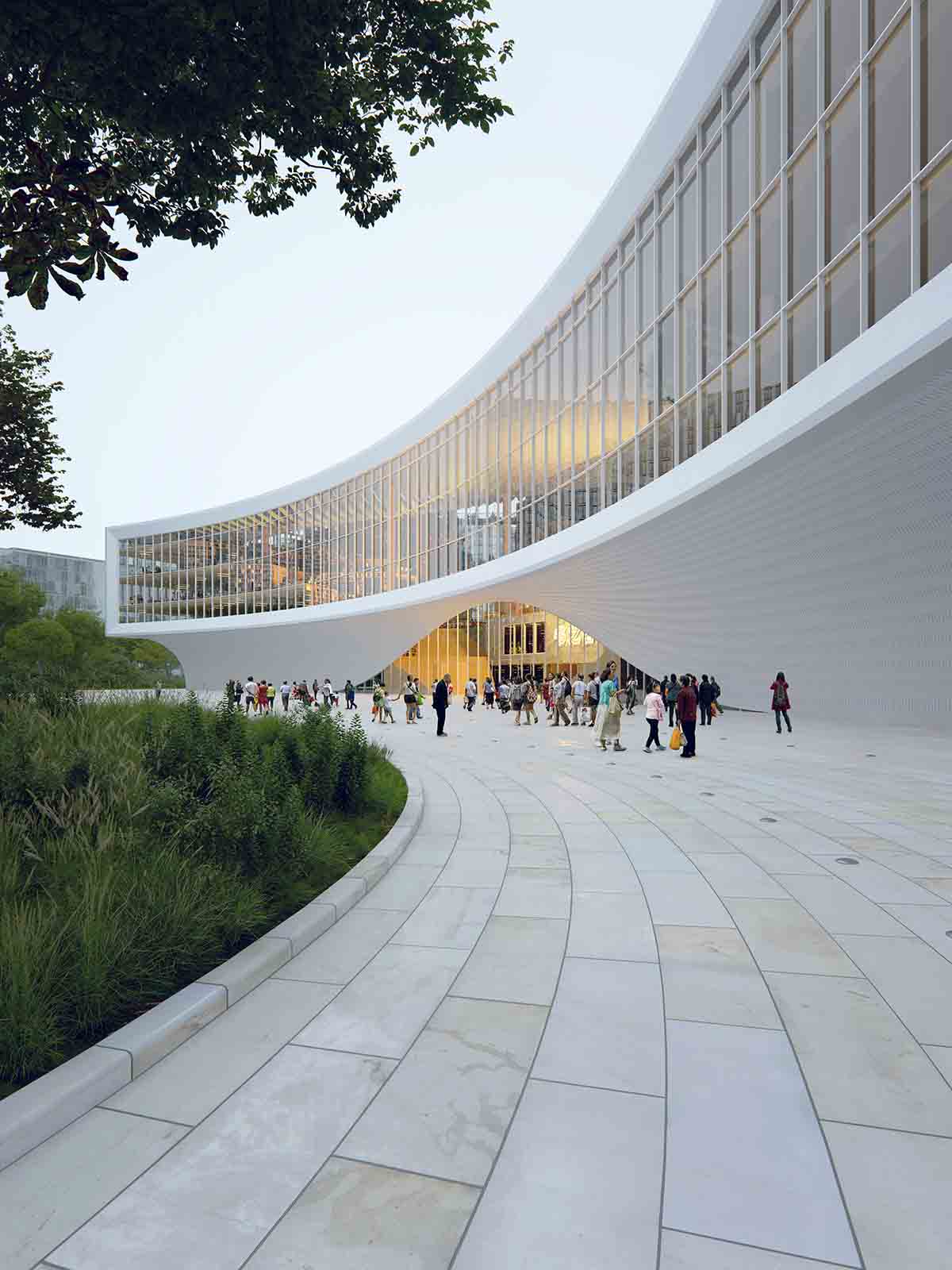 To provide natural ventilation, the studio also combines openable elements with the use of smart devices and an efficient lighting system further reduce the building’s energy demands, while solar panels incorporated into the library’s flowing roof shapes provide the building with renewable energy.

The Wuhan Library is not the first library MVRDV has designed for China: in 2017, MVRDV presented the Tianjin Binhai Library as part of a larger masterplan to provide a cultural district for the city. Just like the Wuhan Library, this library functions as more than an educational centre: it serves as a social space and connector from the park into the city’s cultural district. 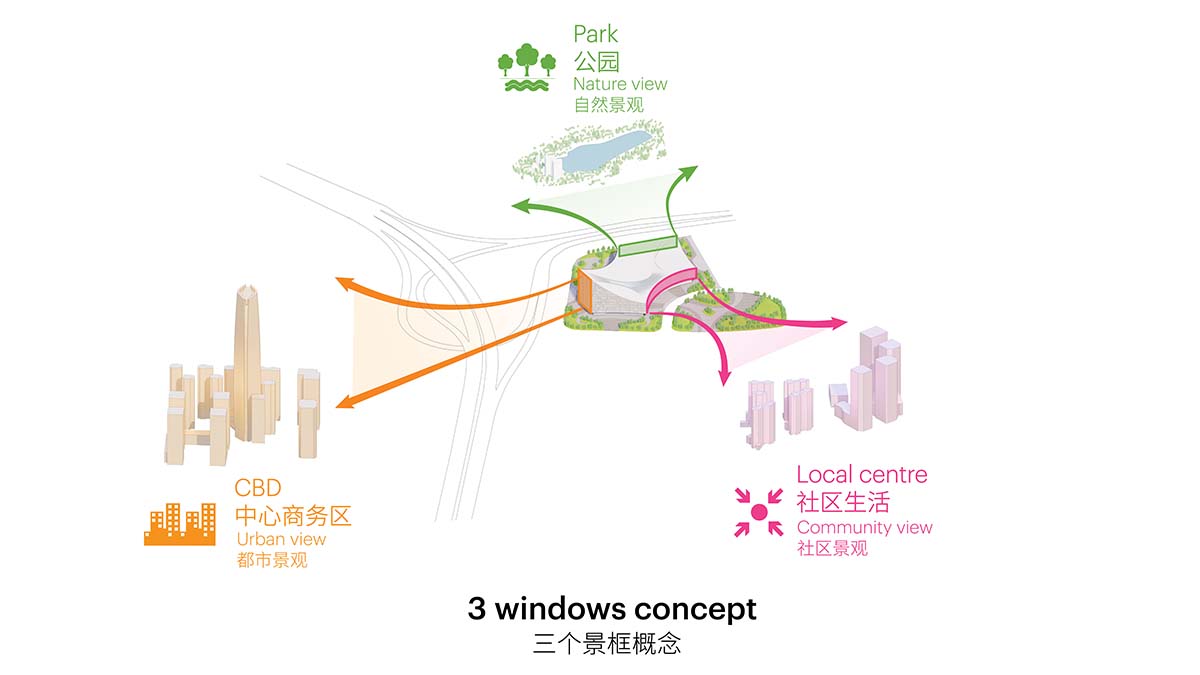 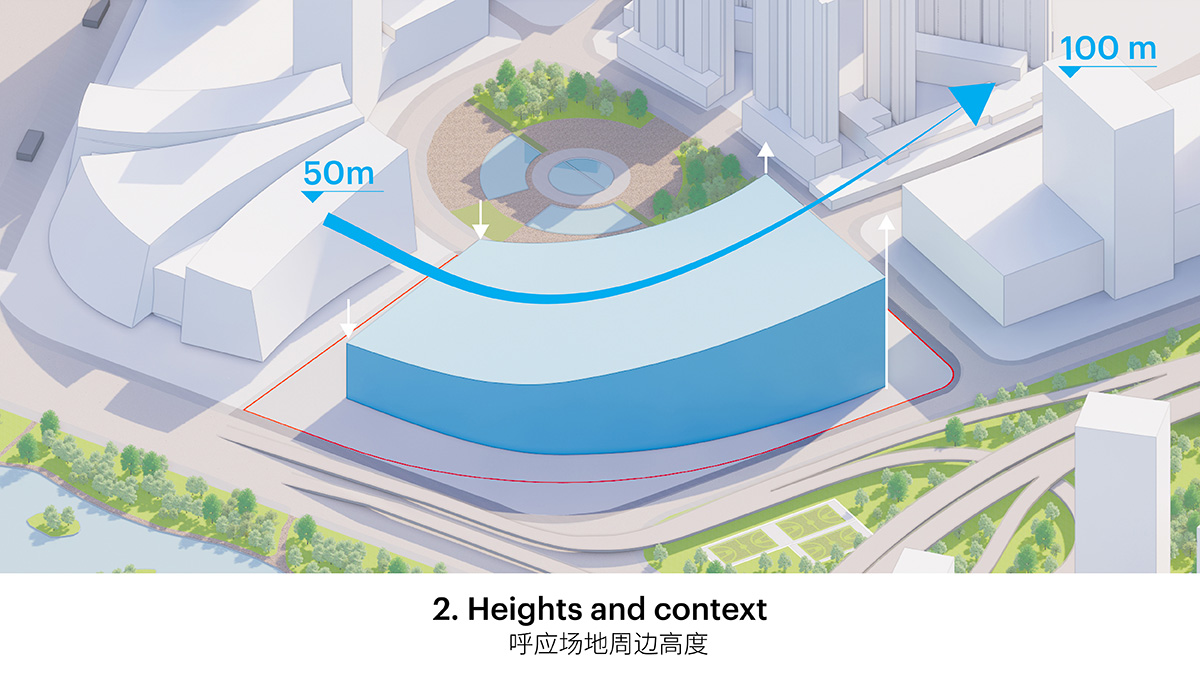 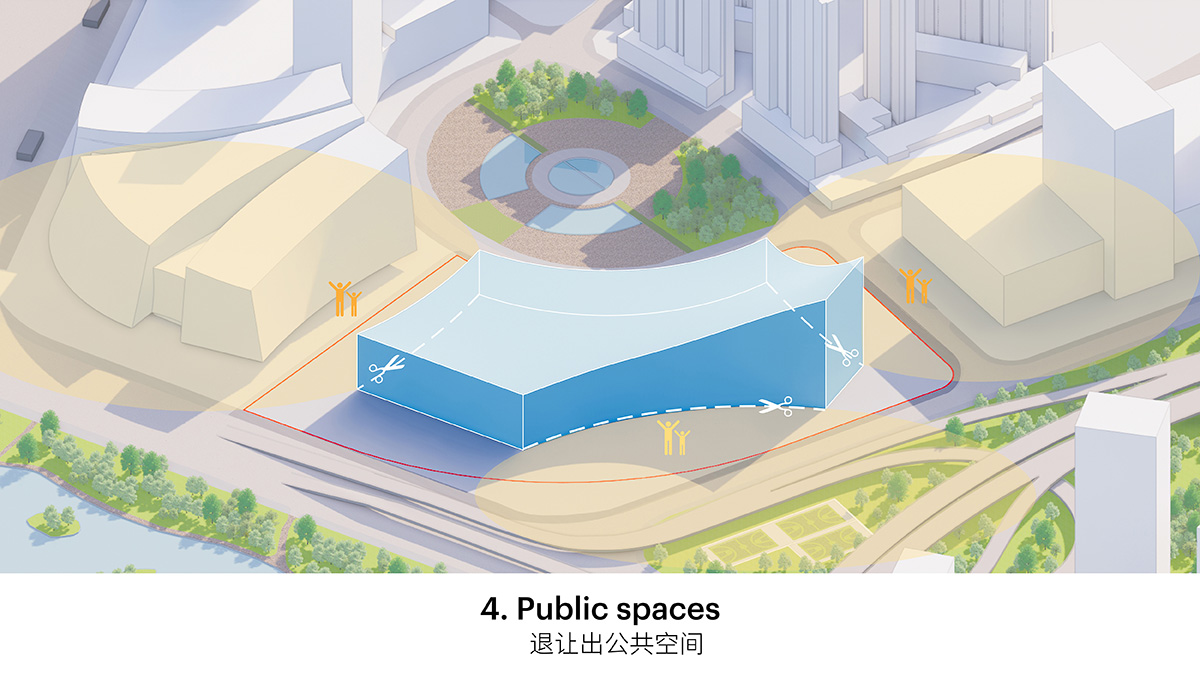 All renderings © MVRDV unless otherwise stated.