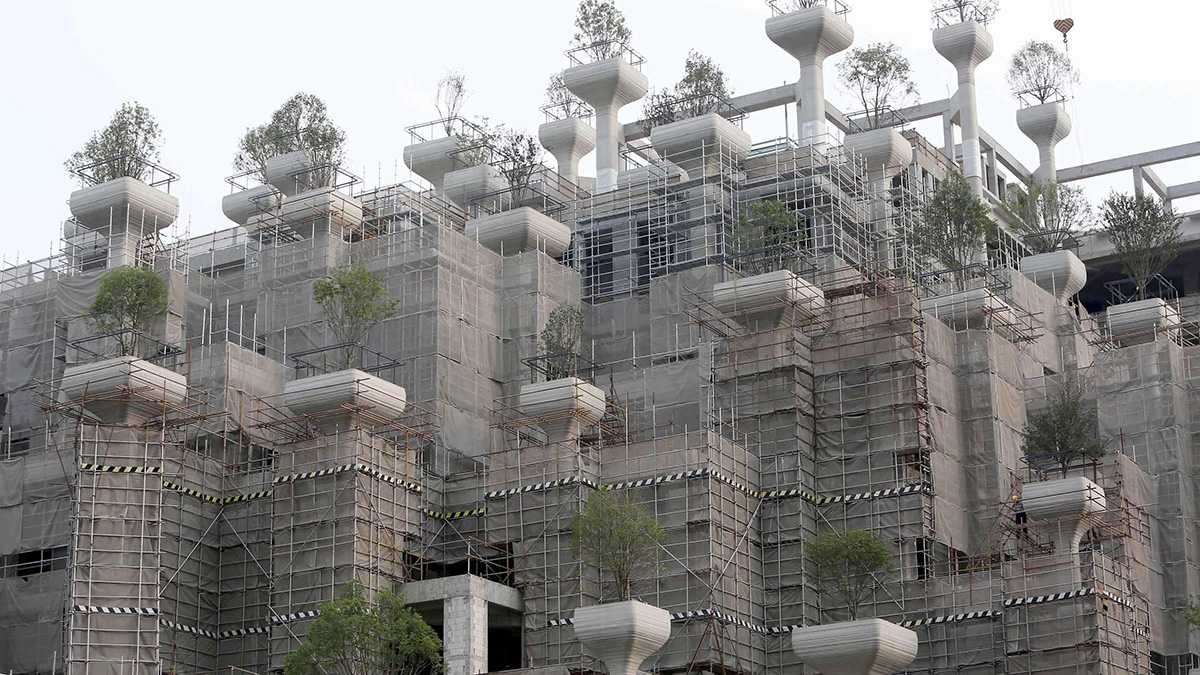 Located beside Shanghai's art district - known as 50 Moganshan Road (M50), the project sits on a six-hectare plot, next to a public park and was split over two plots separated by a narrow strip of government land and incorporated several historical buildings. 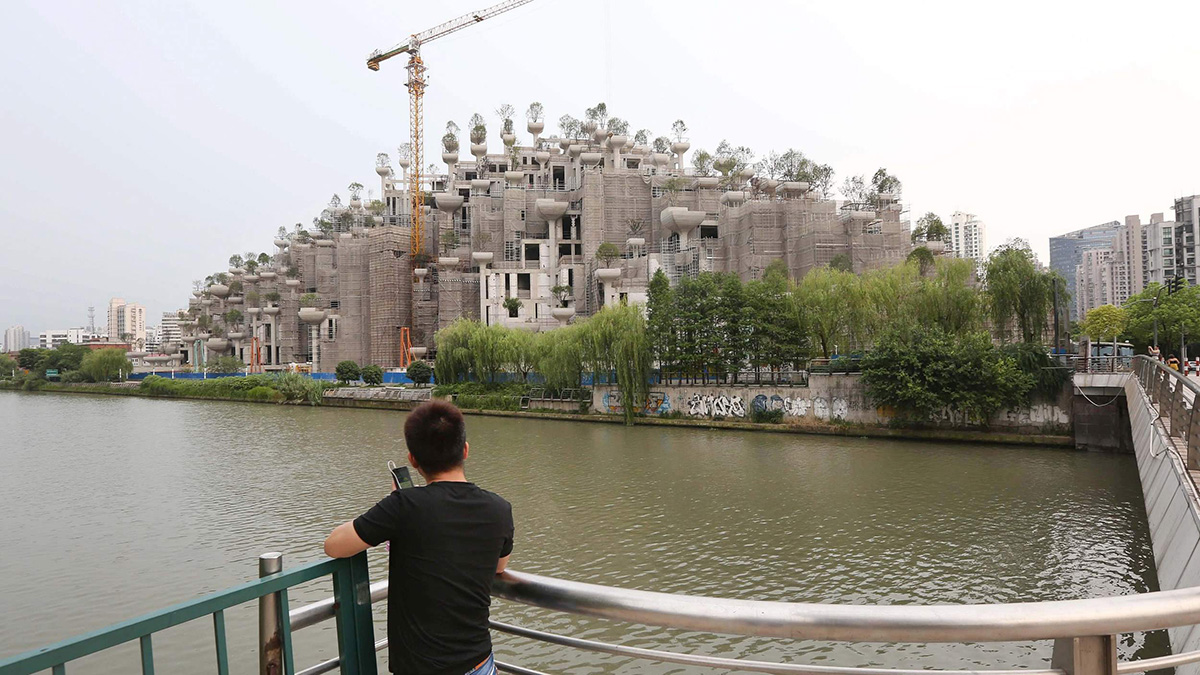 The 300,000-square-metre mixed-use complex within a residential area, surrounded by concrete towers on three sides. The massive complex is built from 1,000 columns with different heights and consists of over 400 open-air terraces supporting well-arranged plants atop the columns. 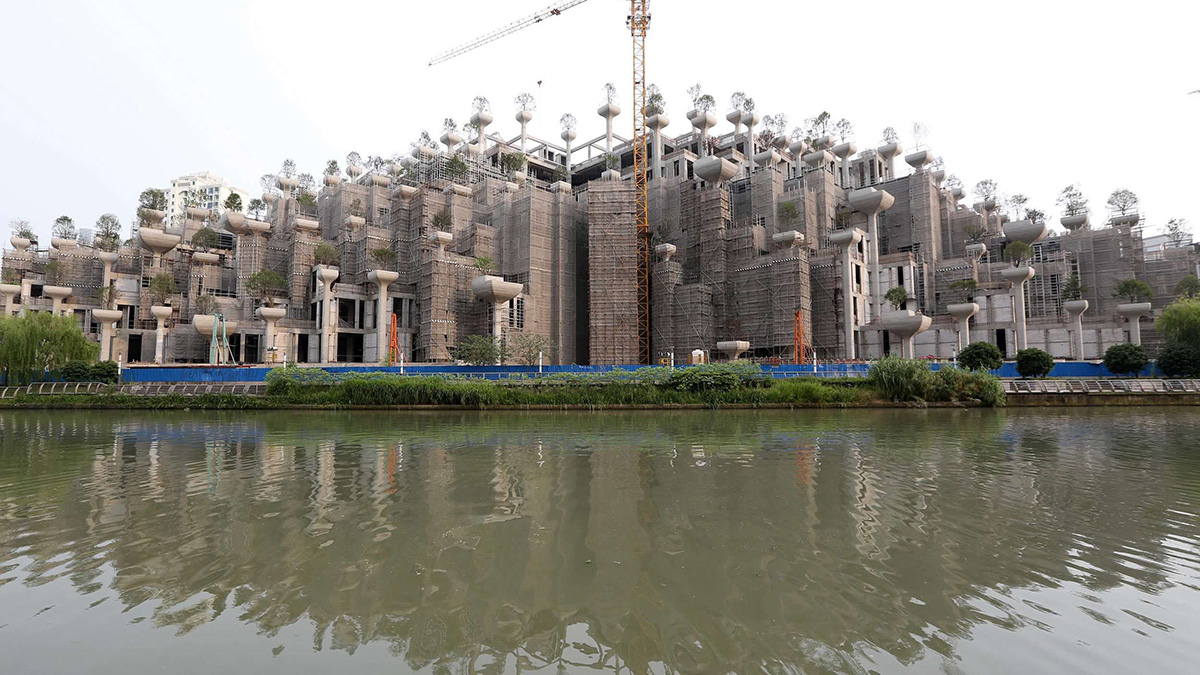 "Conceived not as a building but as a piece of topography, the designs takes the form of two tree-covered mountains, populated by approximately one thousand structural columns," said Thomas Heatherwick.

"Instead of being hidden behind the facade, the columns are the defining feature of the design, emerging from the building to support plants and trees," he added. 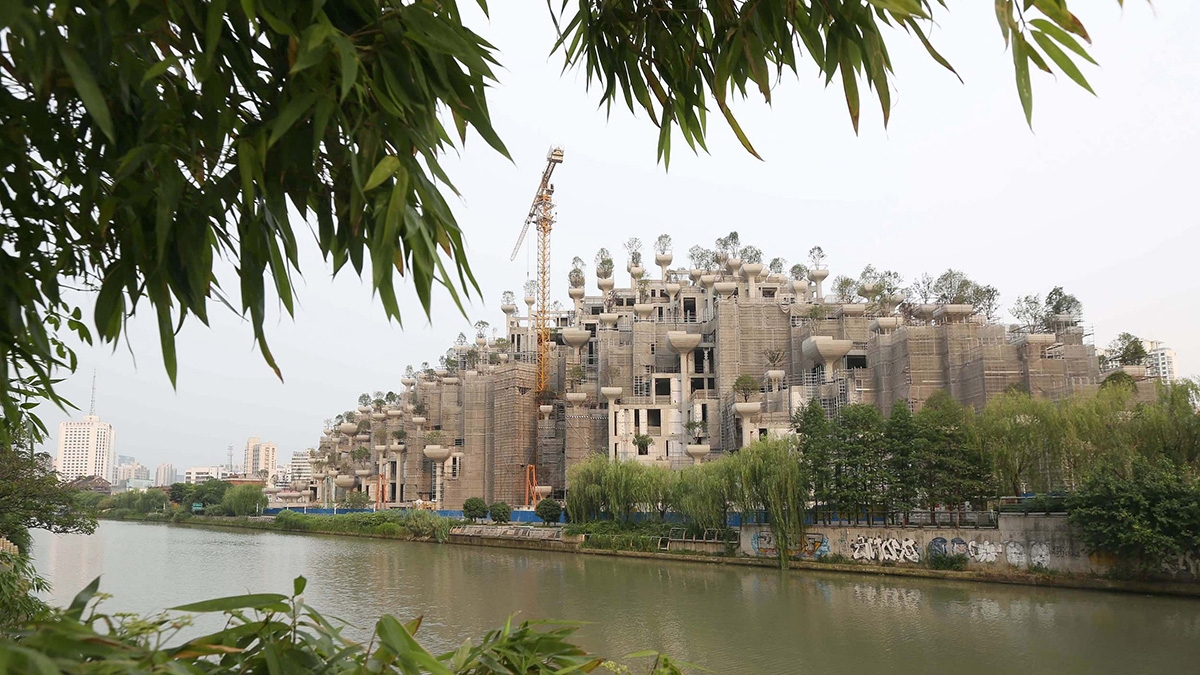 Named 1000 Trees, the complex is still under construction and many trees have already been planted while construction is on going. The mega-complex creates a sharp contrast with its own surrounding. 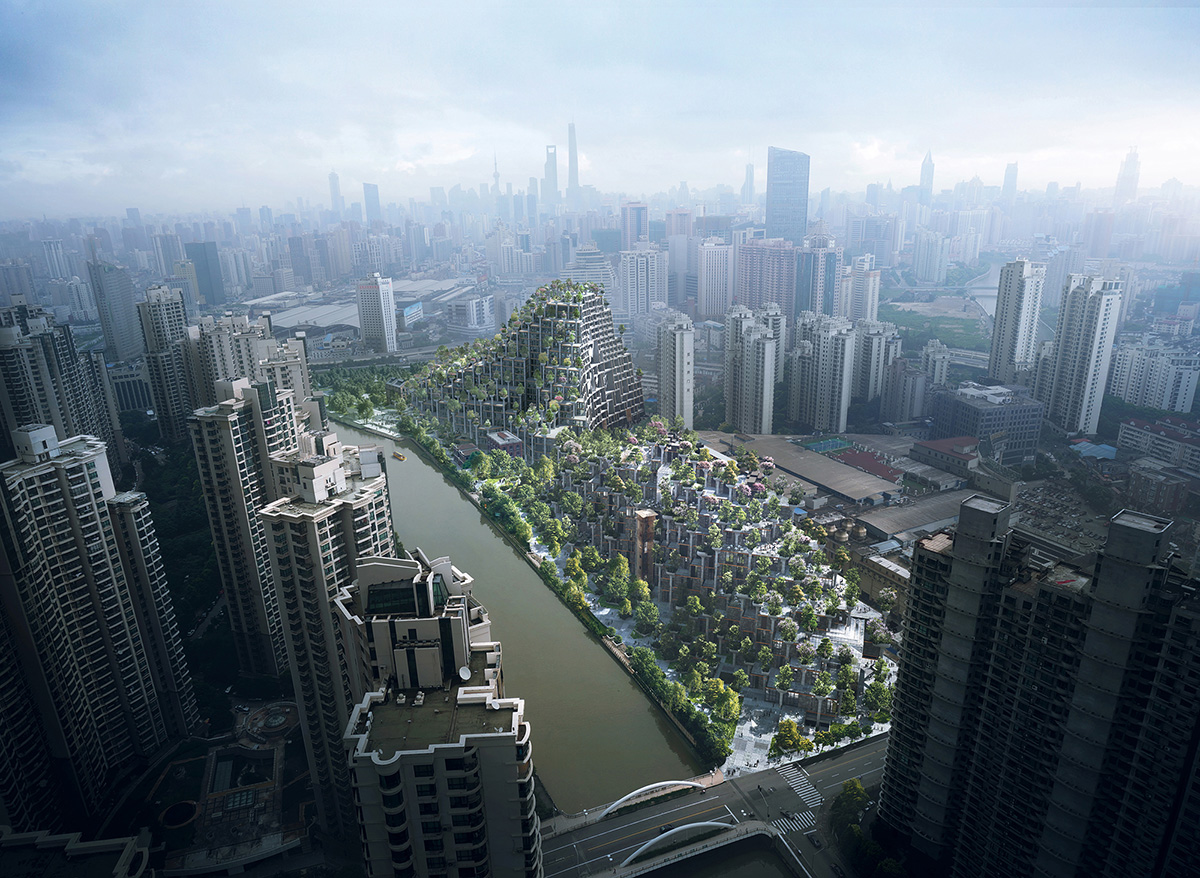 Heatherwick Studio's historic grain silo complex is set to open in September in Cape Town. Besides that, Heatherwick Studio recently completed the Bund Finance Centre in Shanghai in collaboration with Foster+Partners.

Thomas Heatherwick's other garden-formed project - known as Garden Bridge - was scrapped by London Mayor Sadiq Khan in April due to uncertainties on the fundraising scheme to begin construction.