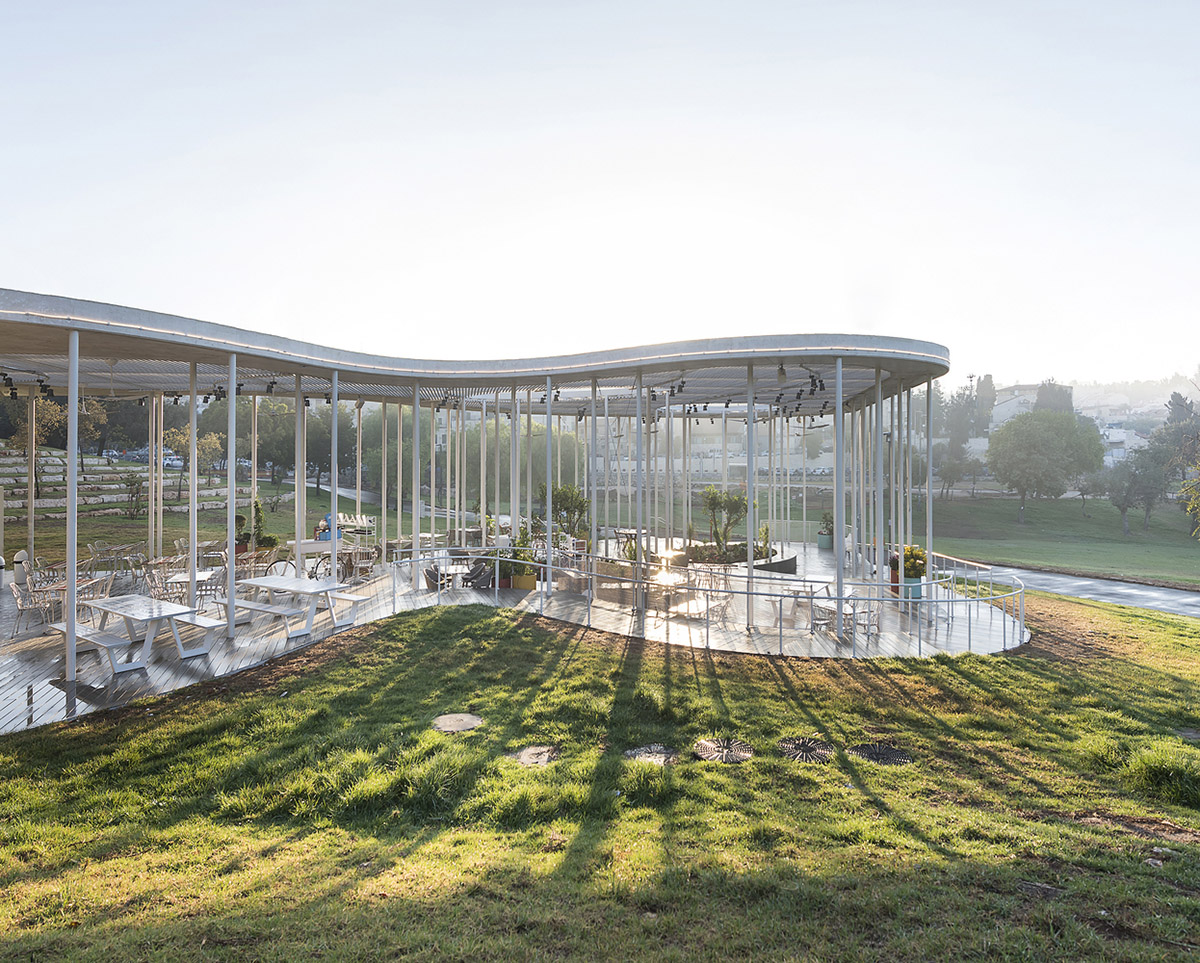 Tel Aviv-based architecture firm Yaniv Pardo Architects has competed an open coffee shop and amphitheatre within an idyllic landscape of Jerusalem that acts like a snake-shaped pavilion to trigger activities around it.

Called Sacher Park Cafe, the 250-square-metre project has been realized as a result of the Design Competition Of The Jerusalem Open Space and Governmental Area in 2008. 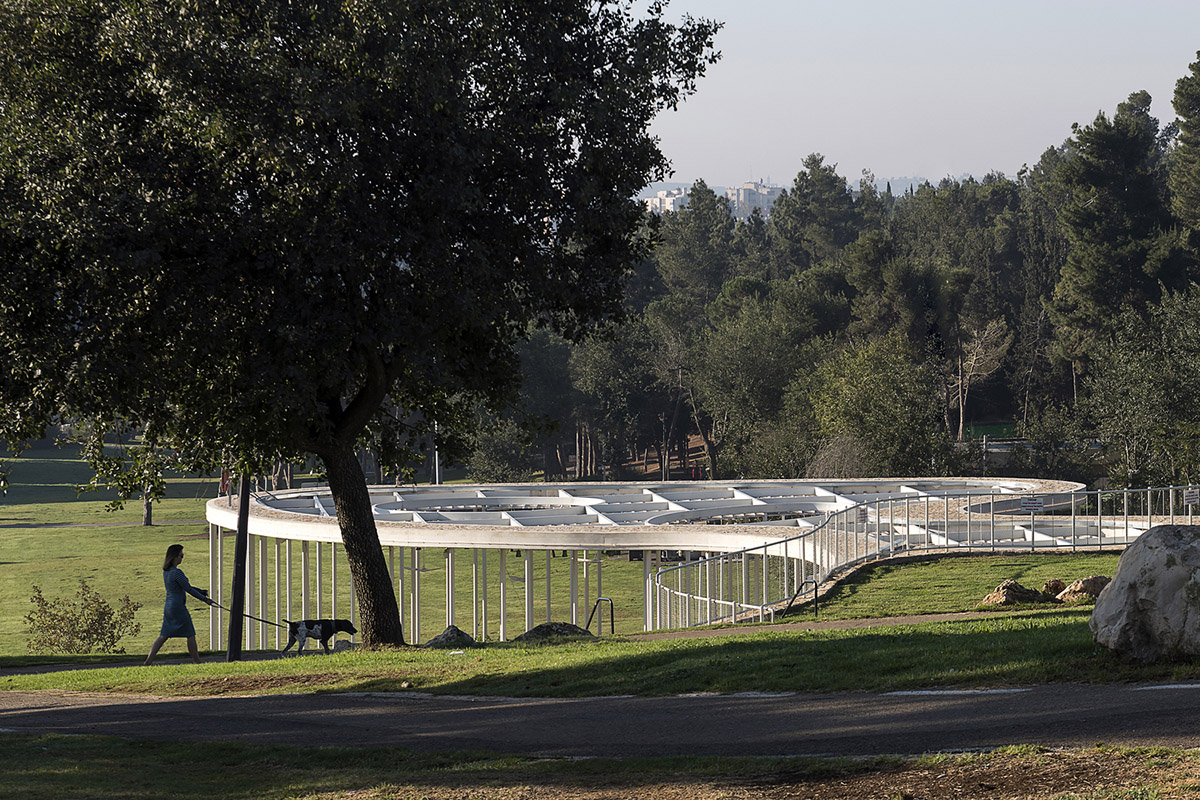 The architects were named as the winner of the competition in 2008. "The background for the competition was the lack of a central urban park that would serve as a "green lung" and a place for diverse activities; a space that would form educated synthesis and maximal interaction between government institutes, culture, recreation and leisure for both local citizens and guests," explained the architects. 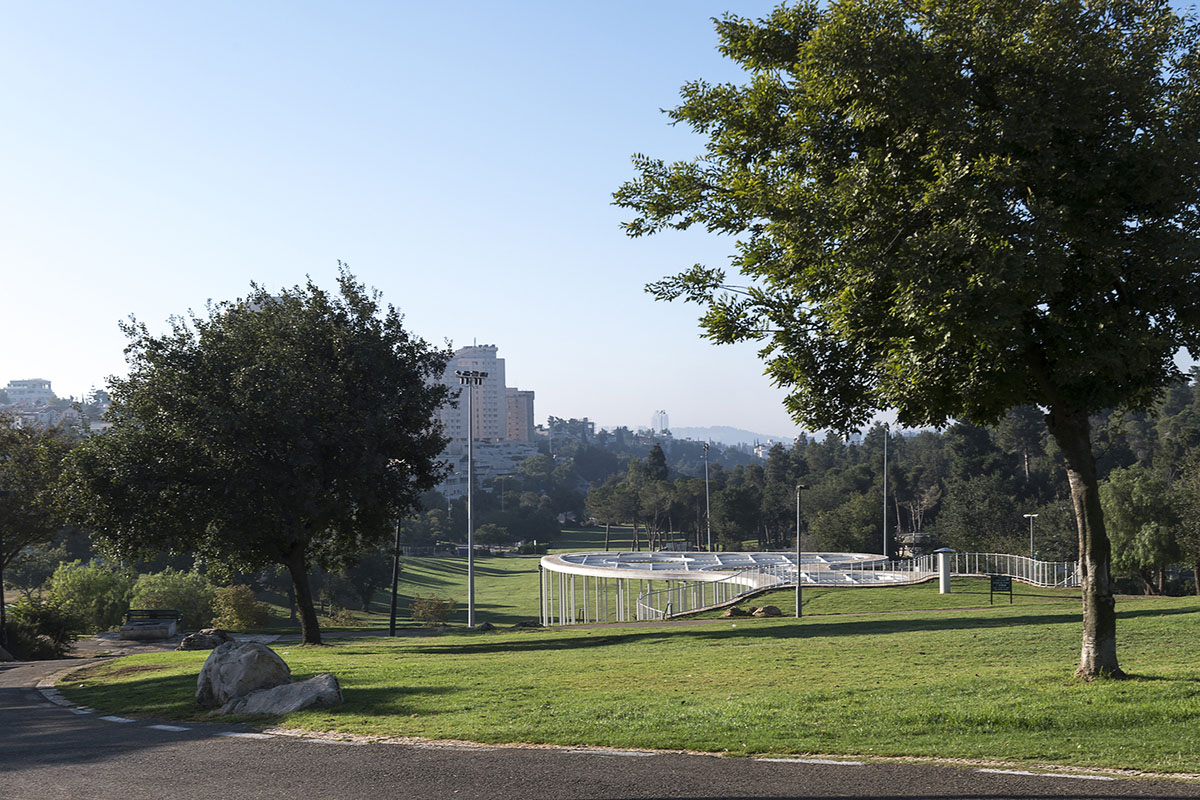 The project's site covers over 170 acres and is located near the capital center of Israel: the Knesset, the Supreme Court and Kiryat Hamemshala (the government buildings compound).

According to the architects, the park still has a high potential. The park hosts many activities, but they are separate, specific and lack context and continuous connection between the various elements in the site. The aim of the project was to propose a "local language" without harming its identity and by amplifying its "Jerusalemness". "Our project does not deal with planning a defined structure. It aims to study, expose and understand the issues of planning in the Sacker Park site, focusing on the question of what kind of intervention would be suitable for this site in order to turn it into a lively point in city life," said Yaniv Pardo Architects in a project description.

"The open space defined by this project creates a landscape system that allows the masses, locals and tourists, to enjoy its beauty." 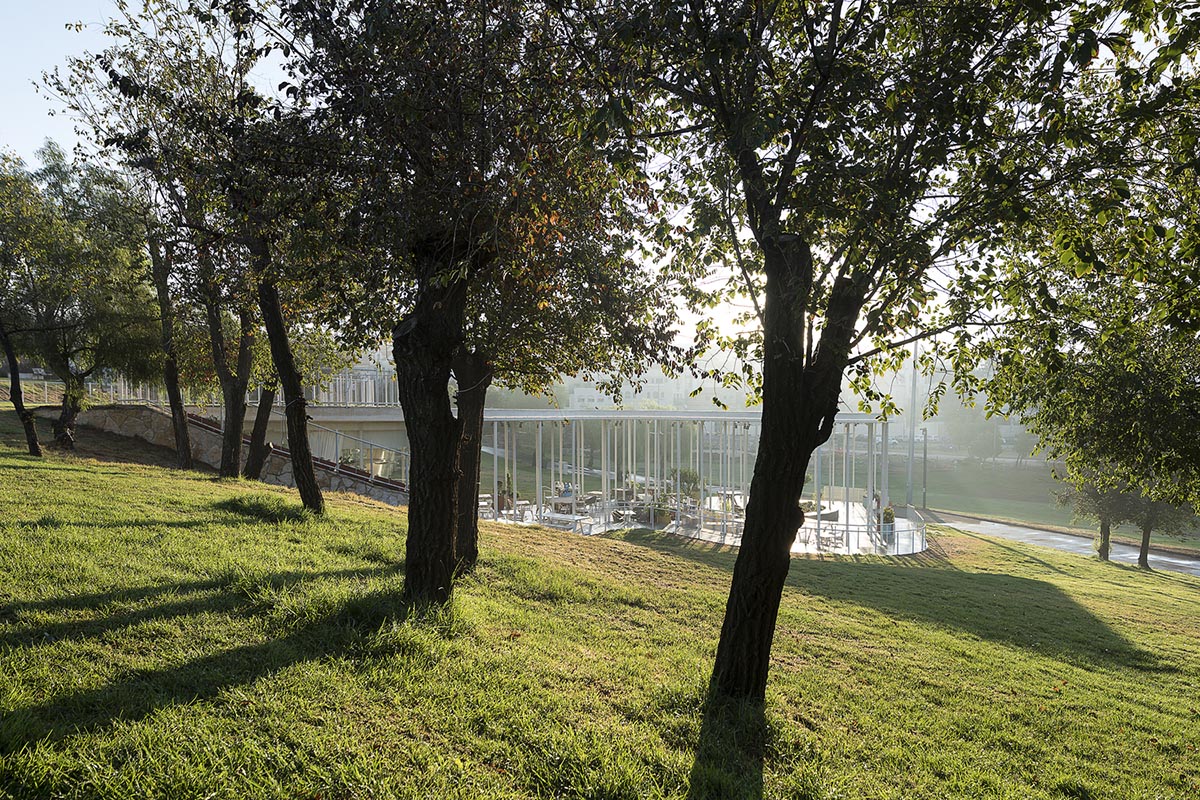 The architects' design is based on the following principles: utilizing the natural park topography, following the language of the Jerusalem wadies (dry valleys), no reduction of ground surface and creating solar energy by photovoltaic cells. 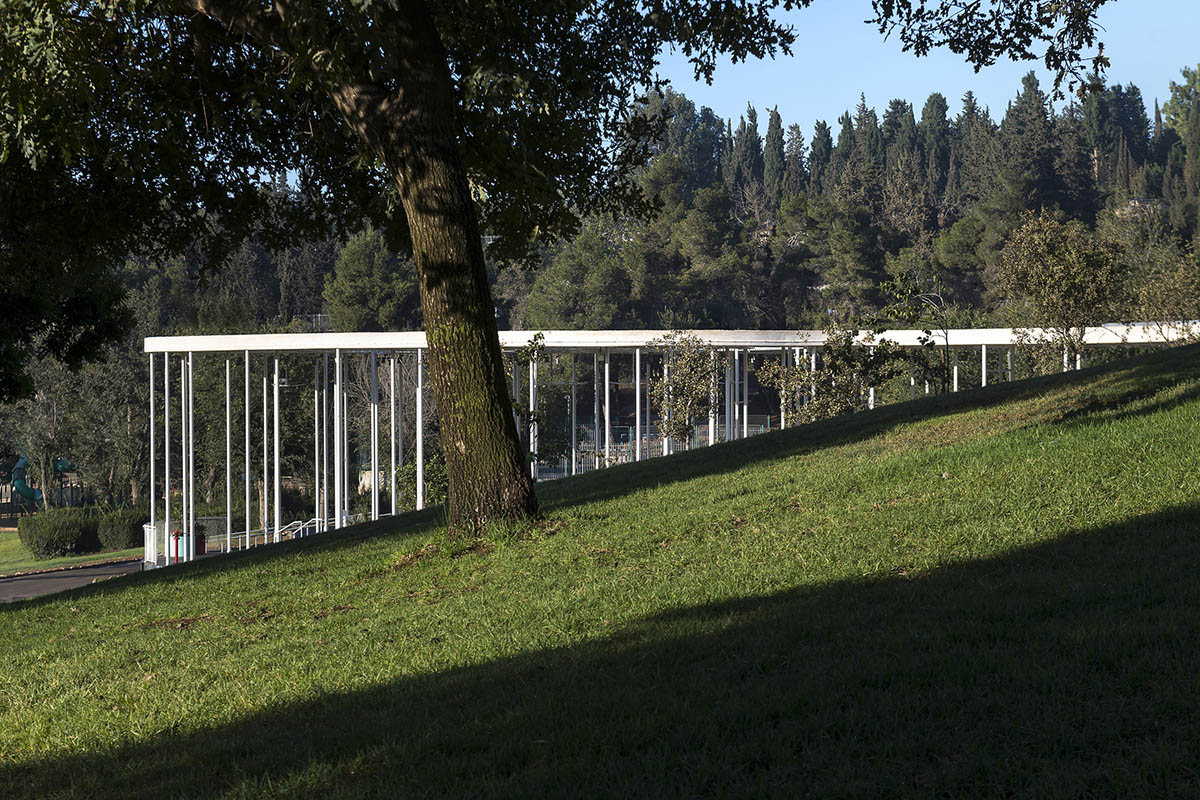 The proposed coffee shop is part of the overall vision of planning the entire space with the intention of rebranding Sacker Park as a modern and active urban space by building a coffee shop and an amphitheater for public events.

"The project also proposes the development of a promenade overlooking the park. The promenade takes part in establishing a structure that connects and rearranges the landscape, and sets an infrastructure for future development," added the architects. 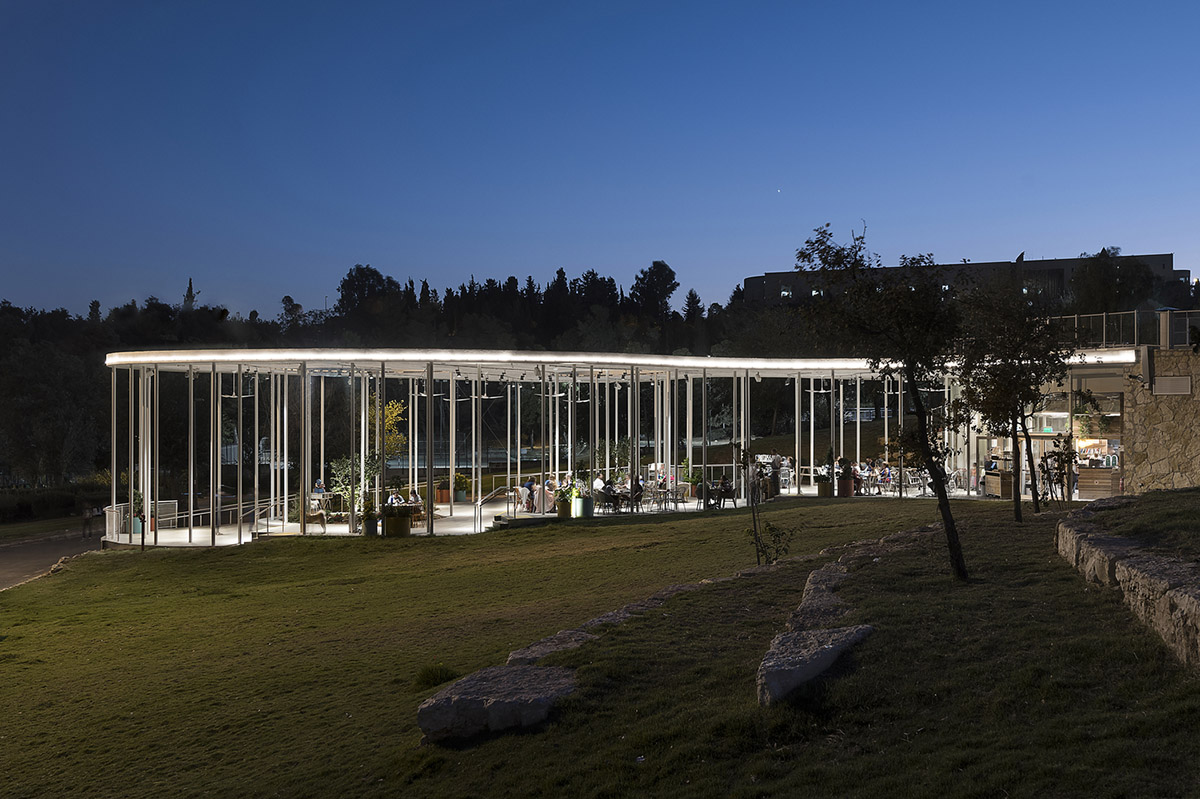 Taking inspiration from the promenade, which faces east and allows an actual architectural linkage between the old city and the western modern one, the scheme draws from the image of Jerusalem over the generations and research of the natural topographical data. 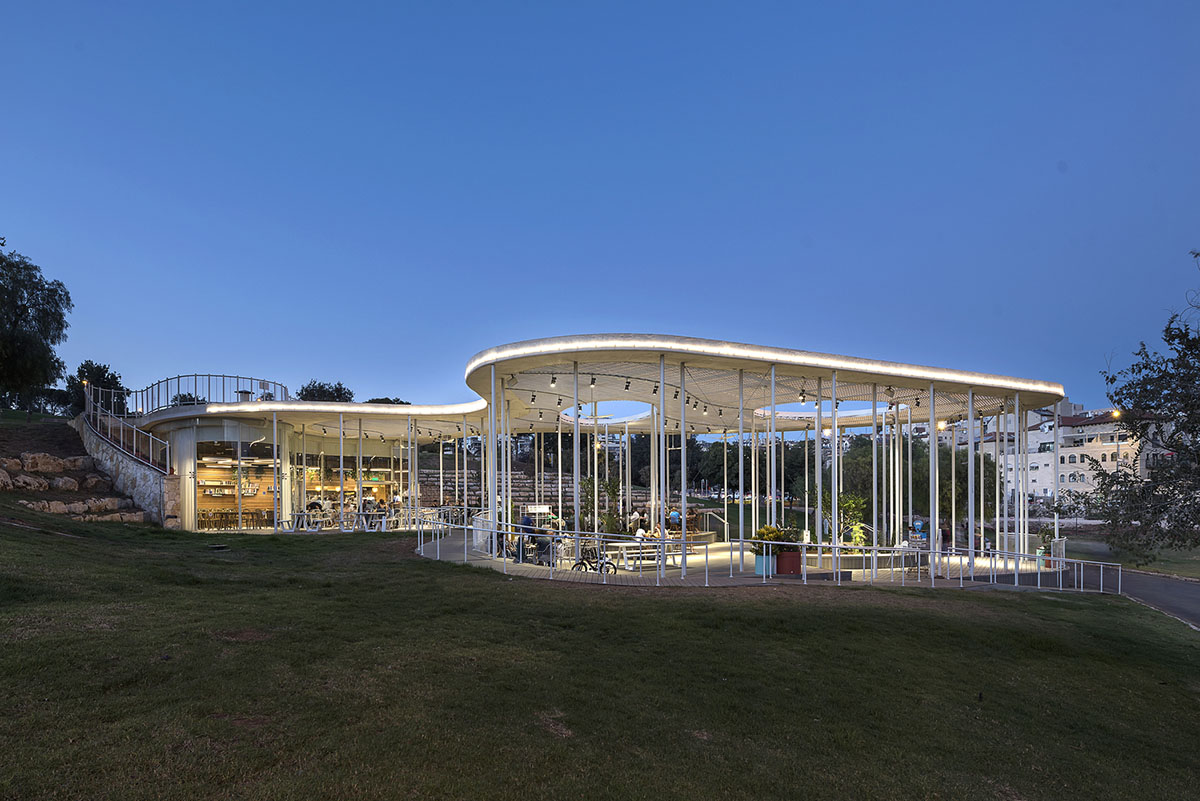 "In order to reveal the urban solution that both characterizes and preserves the image of Jerusalem, we tried to expose the original surface conditions and read them following the natural topography of the wadies."

The project follows green building principles, the energy required for operating the coffee shop is produced by solar cells that roof the sitting area. The coffee shop is the first milestone of the proposed project, completed in September 2018. 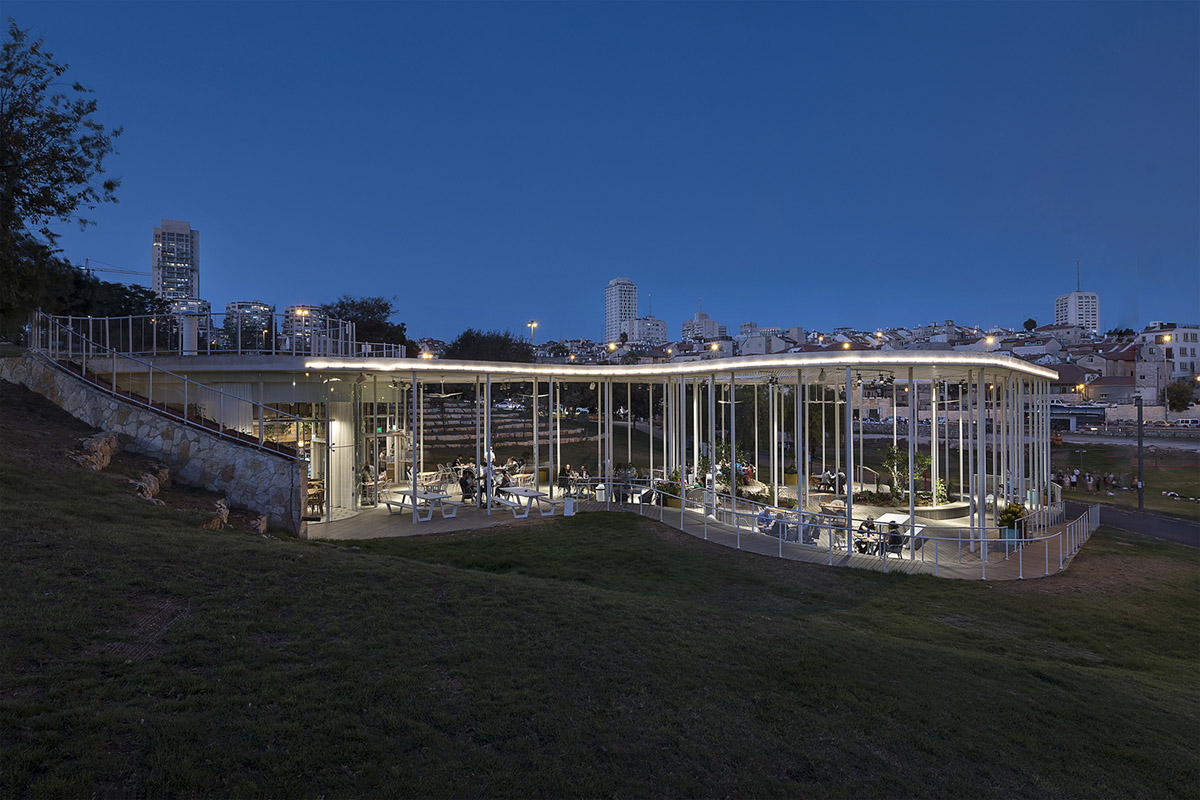 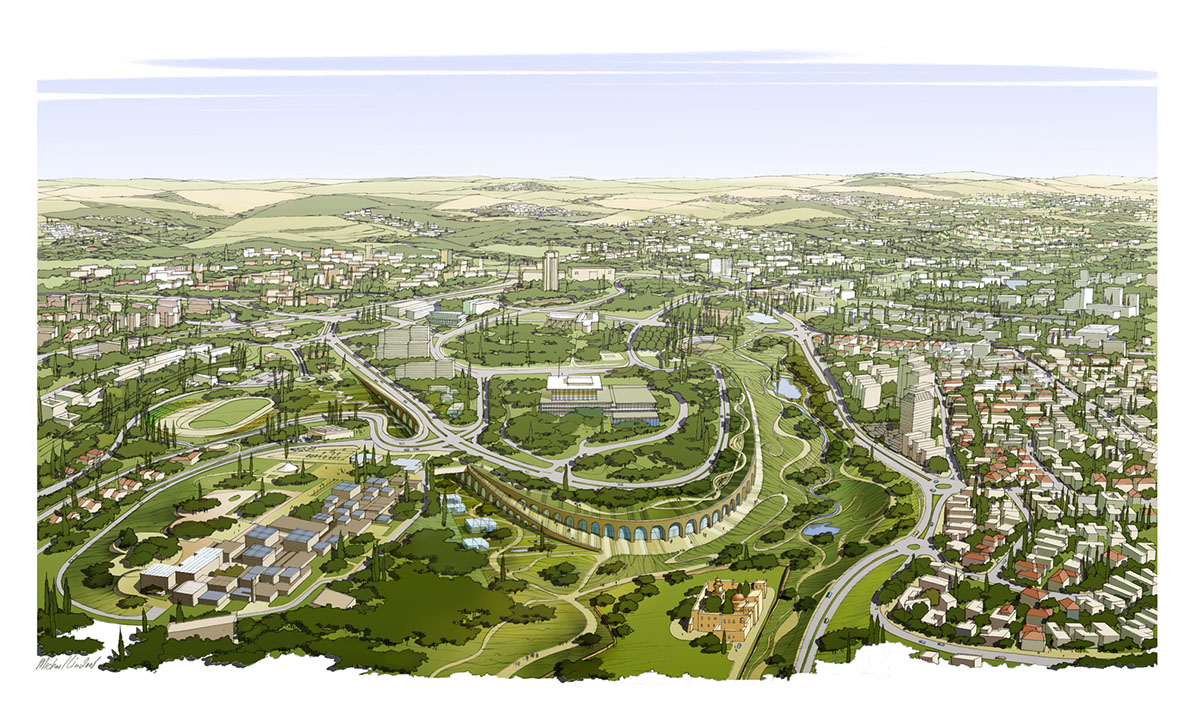 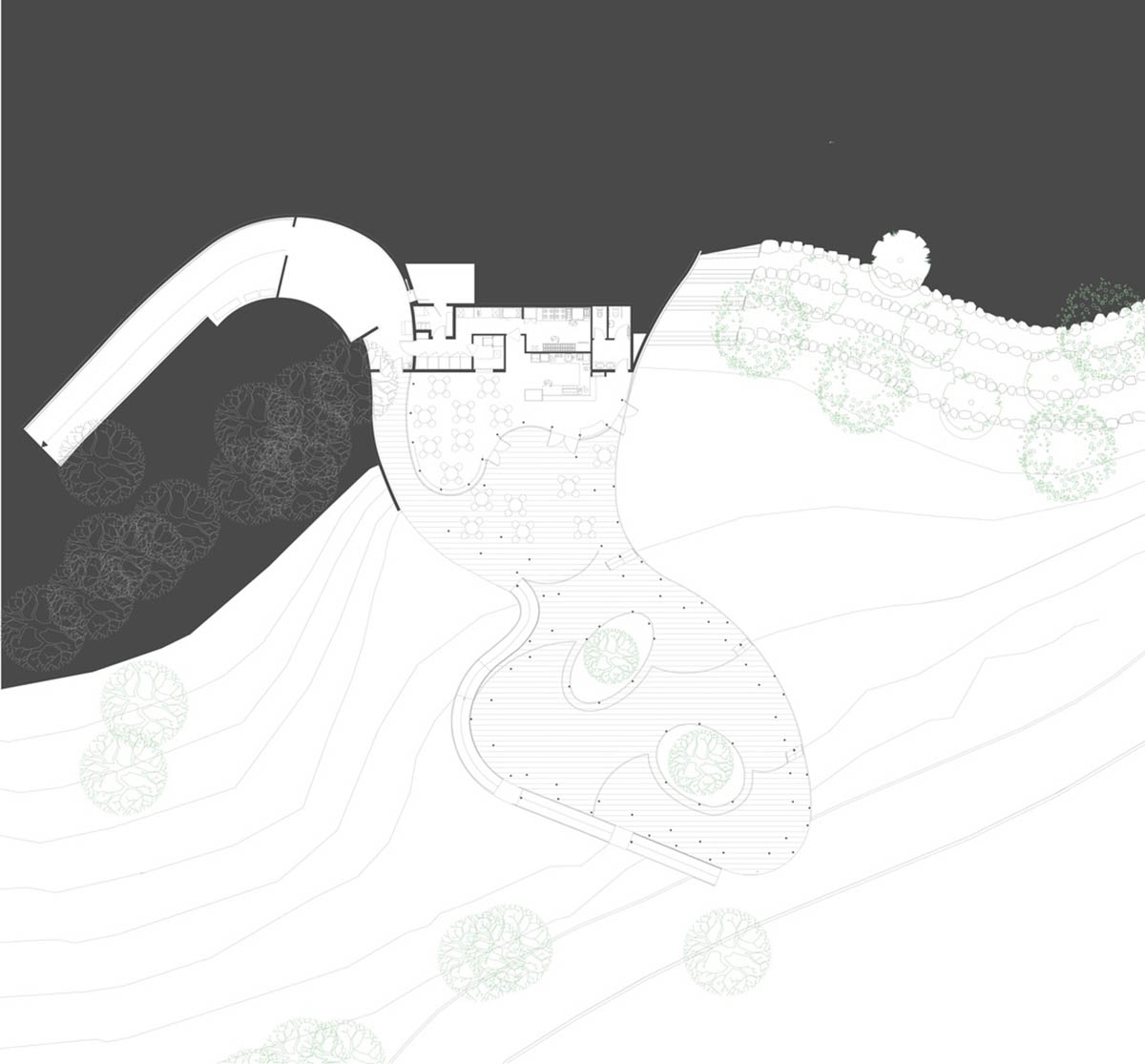 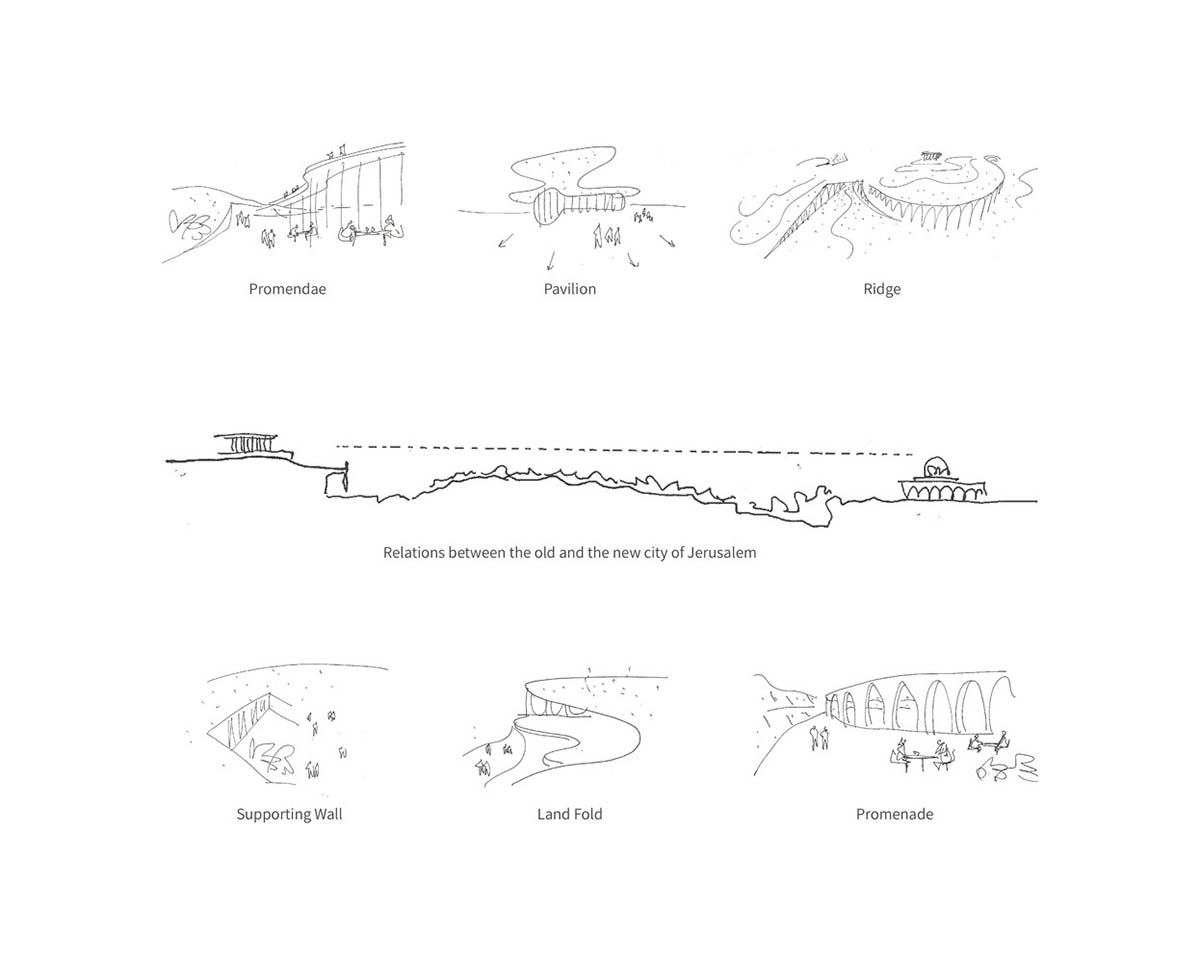