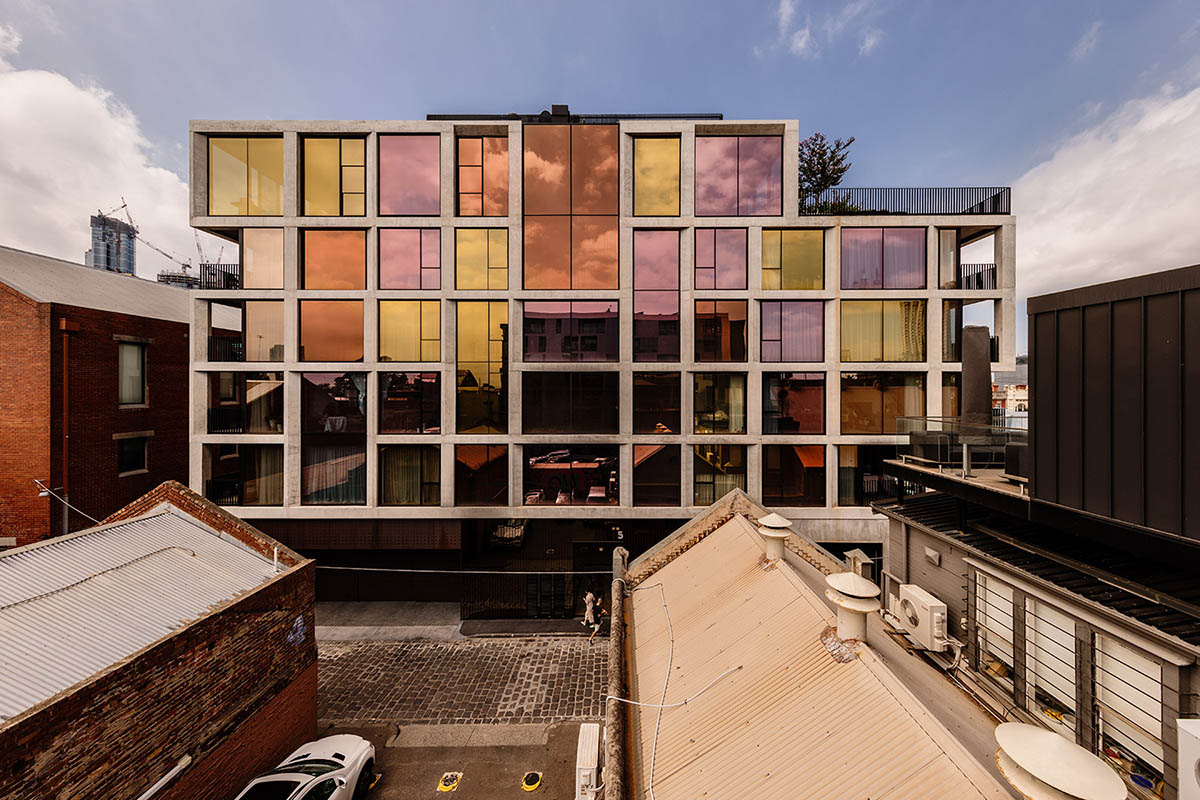 Called Piccolo House, the new project is located in the 5 John Street of South Melbourne and the project emerged as a collaborative relationship between architect and developer in which the project represents their mutual respect and shared philosophies - quality, boldness and refinement. 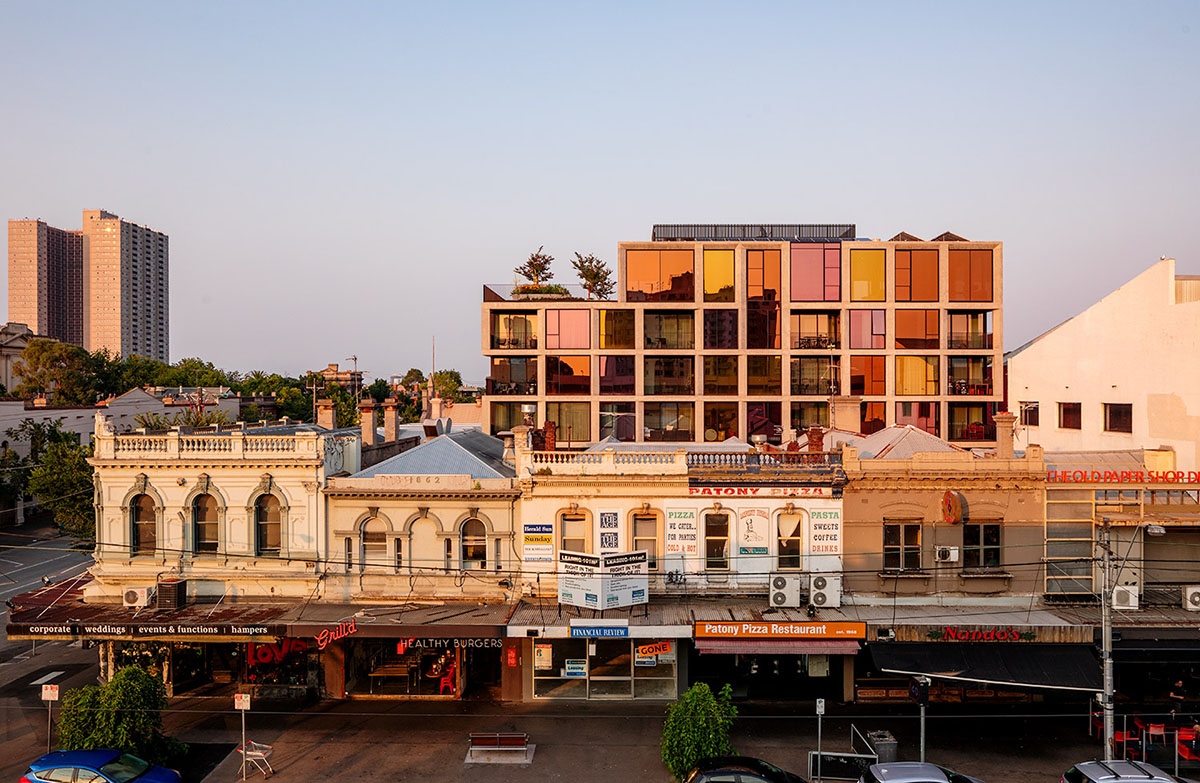 The project contains luxury residential apartments, commercial spaces and penthouse office occupied by Piccolo. The building features gridded facade that includes coloured reflective glass addressing to "the autumnal tones of the brickwork in the neighbouring laneway." 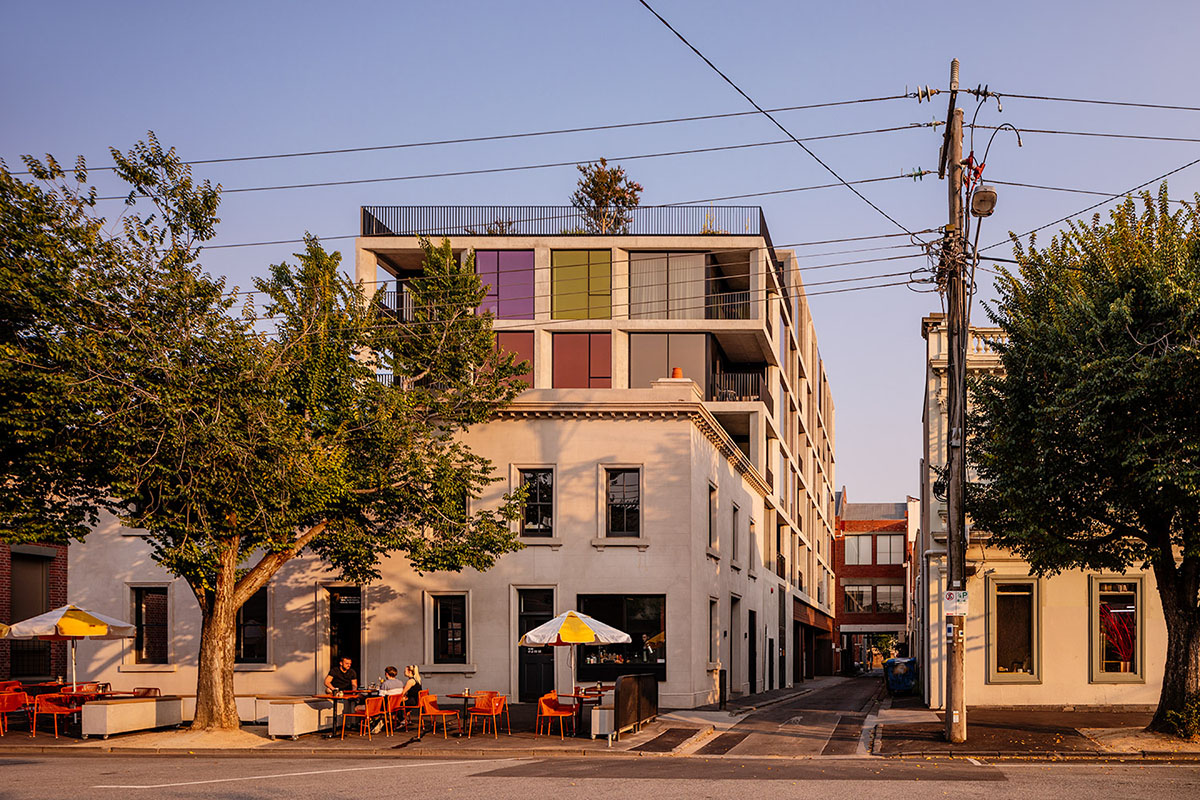 As the studio highlights, the project emerges from its heritage legacy below, Piccolo House is spurred by its contextual considerations.

"Sheathed in an ordered monolith of off-form concrete, precision cut-outs are subtly angled to reveal coloured reflective glass elements that reinterpret the autumnal tones of the brickwork in the neighbouring laneway," said the studio. 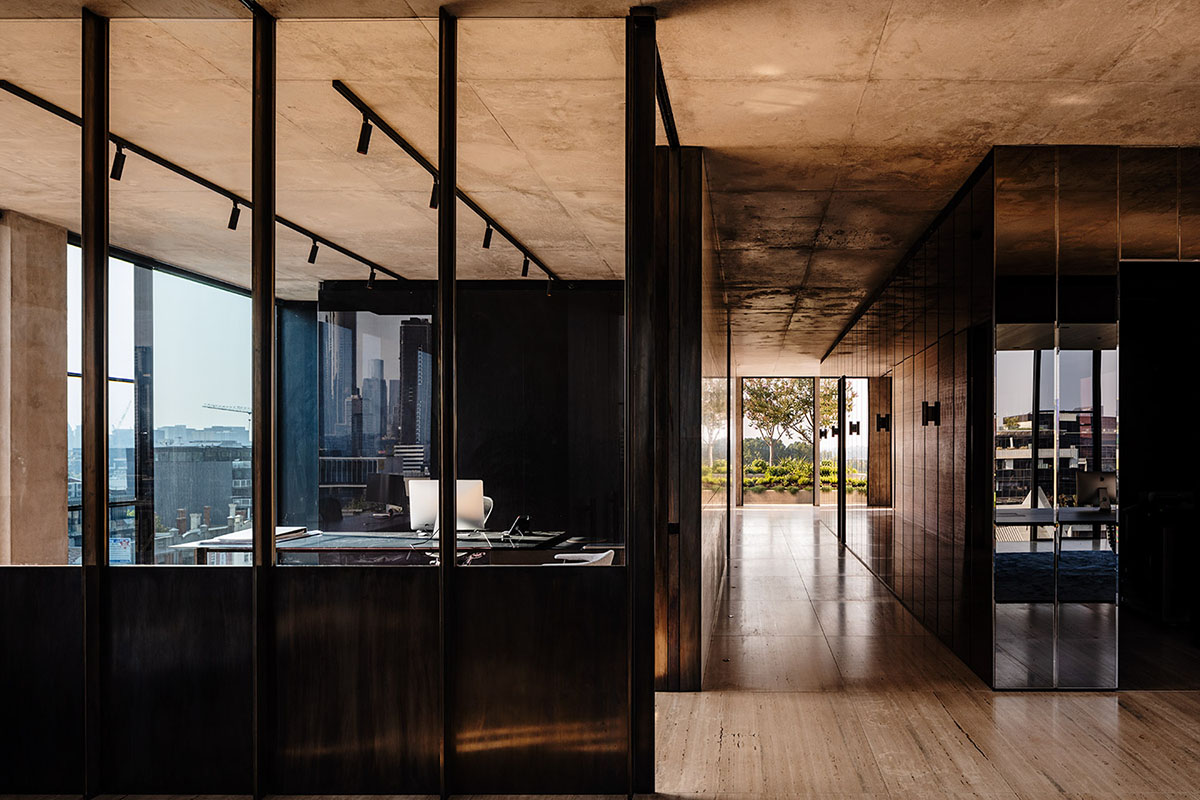 "Akin to a block of stone being carved into, the mass references the lintel as a symbol of strength providing the structural framework for the building."

Designed as a multi-use building, the architects combined retail, hospitality, commercial and luxury multi-residential into one unified concept. "Its unique island site allows the architecture to be expressed on all sides," the architects added. 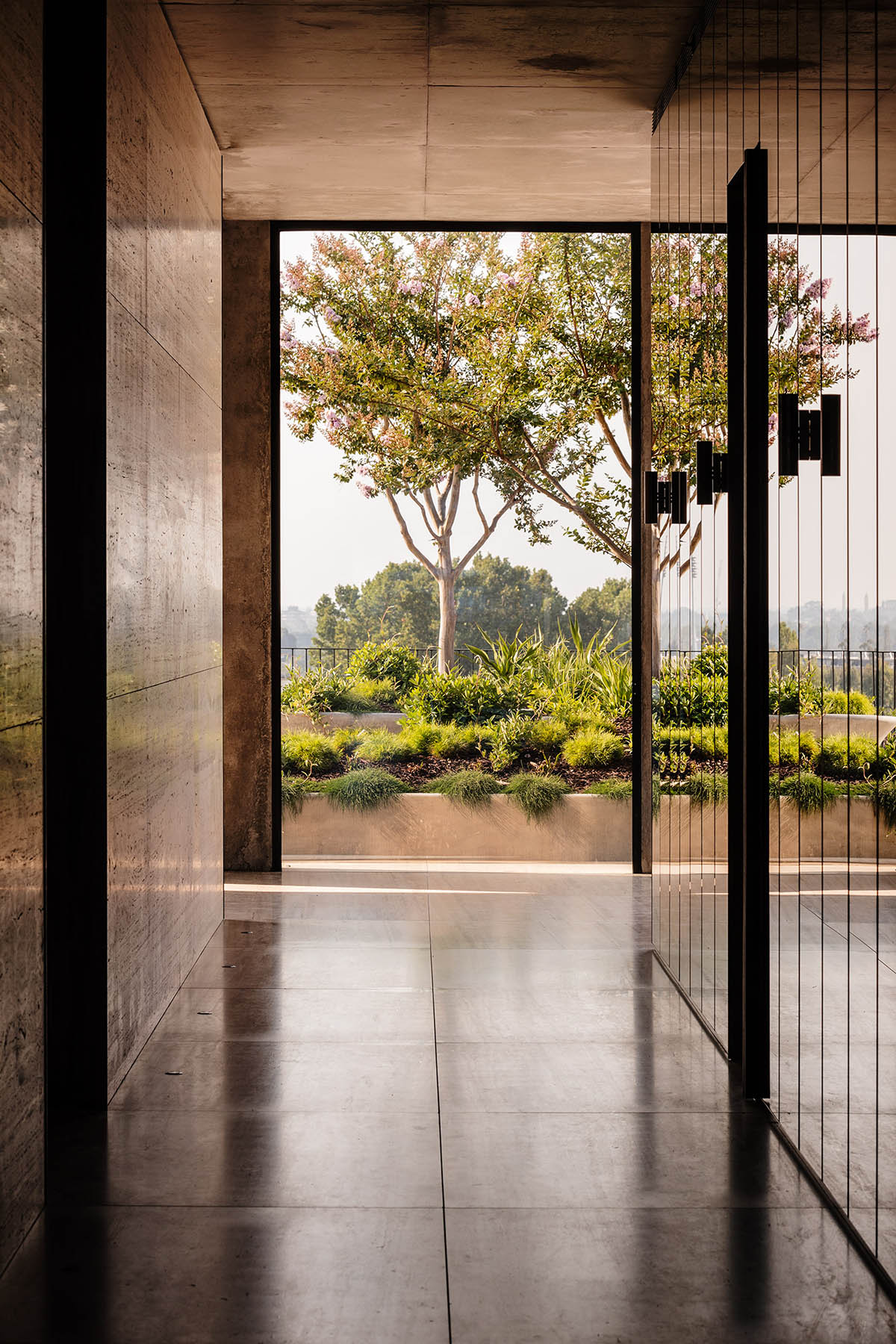 The original Victorian terrace building addressing Dorcas Street has been restored and reinstated as an active commerce centre contributing to the streetscape and connecting with the neighbourhood, whilst housing private tenancies within.

The architects said: "The Charles Street laneway references Richard Giblett’s paintings on the contemporary metropolis and reinterprets it into physical urban art using the materiality of Corten and various shades of steel." 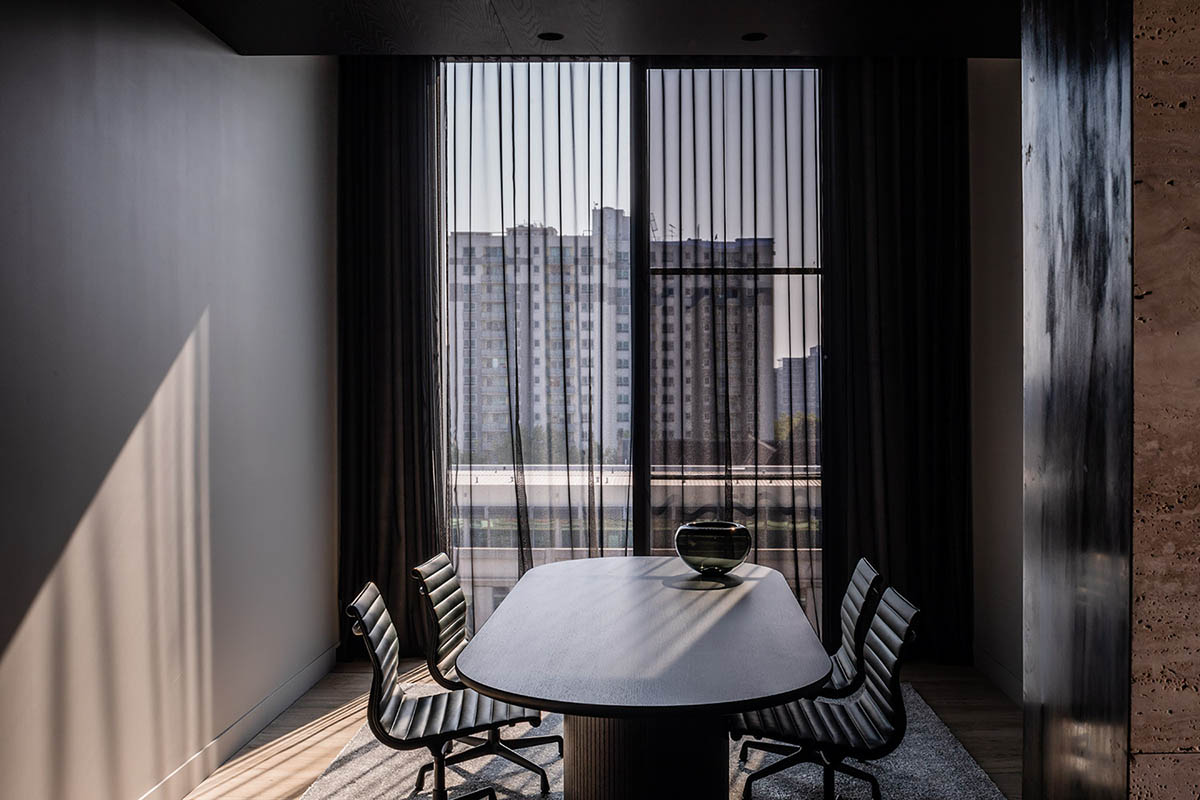 By night this intervention becomes illuminated, drawing similar ideas to the artwork of Dan Flavin, by painting the street surface with light. The illumination of Charles Street also creates a sense of safety through passive surveillance.

The architecture and interior experiences are inherently connected in the building. Users are able to access to the building via John Street where mirrored glass and blackened metal elevate the sense of arrival. 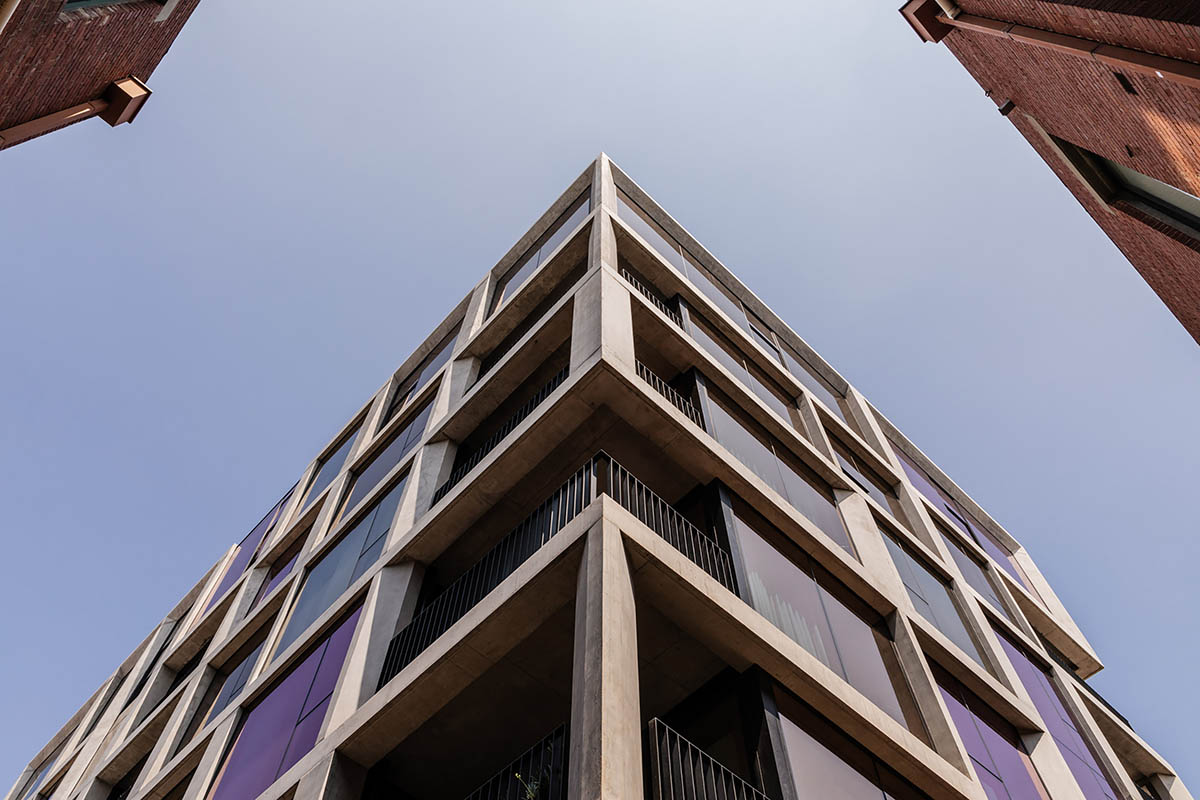 The interior of the lobby mimics its colourful exterior with autumnal tones of mirrored glass. Above sits four levels of well-crafted one and two-bedroom apartments, offering clear views of Melbourne’s urban skyline. 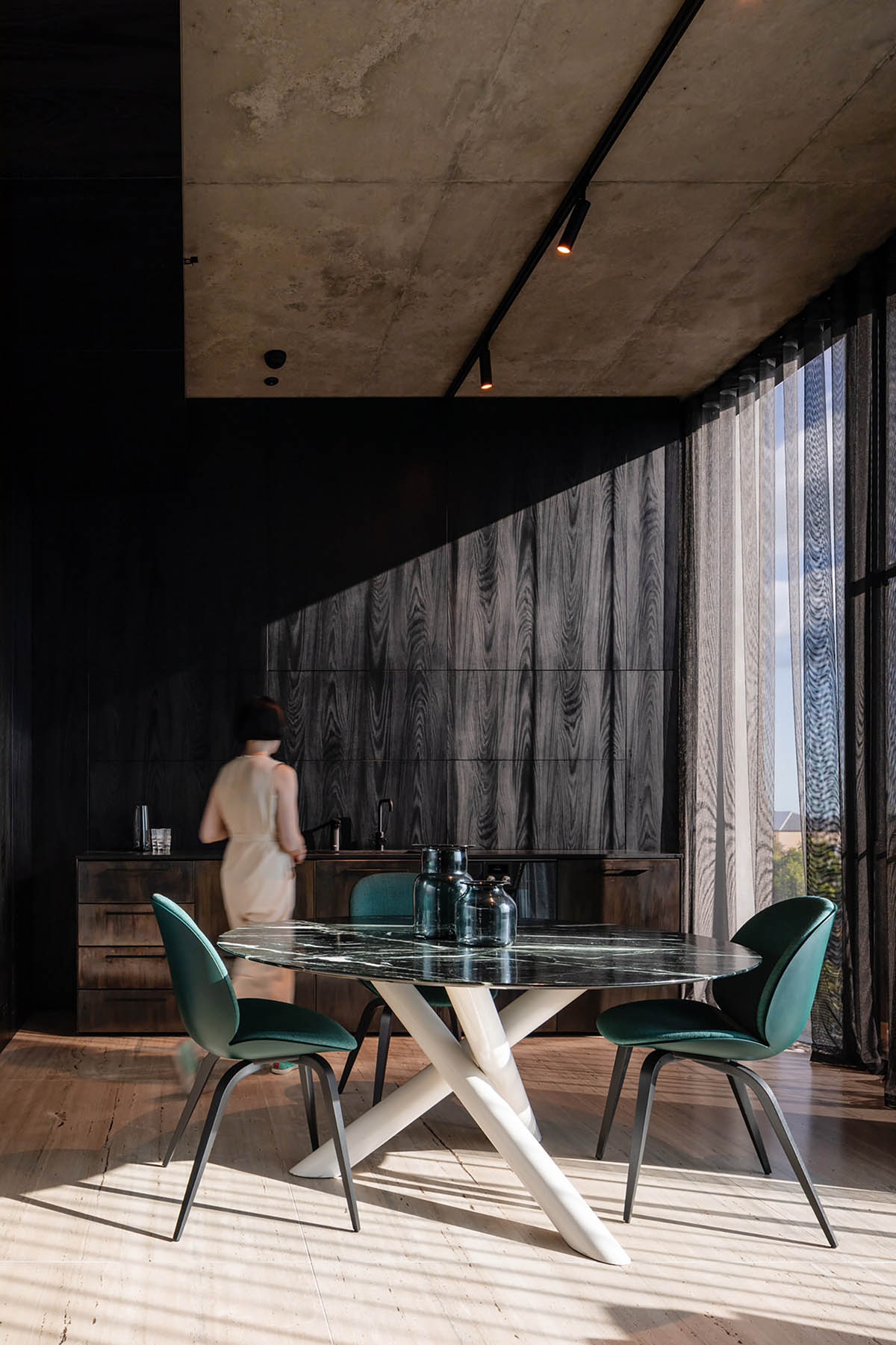 On the upper level, the Piccolo penthouse office reinforces the solidity of the building using silver travertine to make an appropriately elevated interior response to the overarching idea of stone being carved away.

Imbued with the qualities of a high calibre residential project, the resulting palette is intentionally dark, timber, black and bronzed metal. 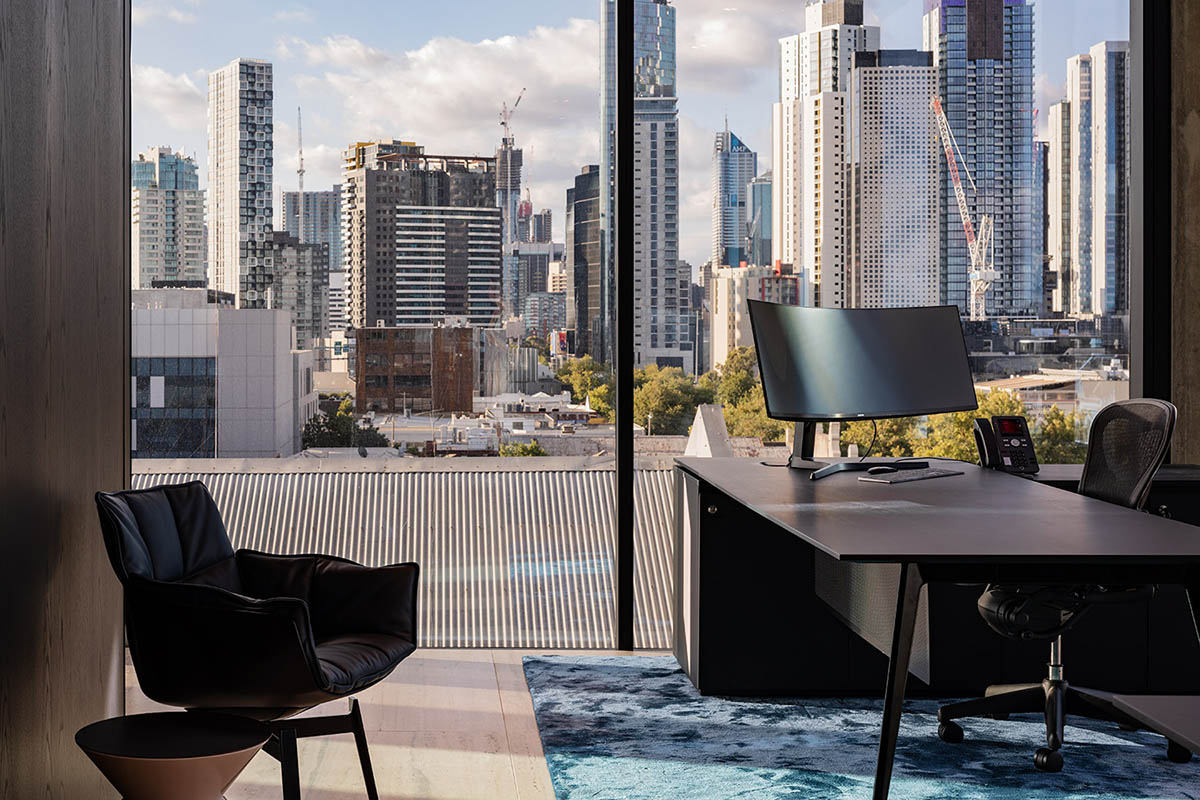 Effortlessly merging heritage and new, exterior and interior, commercial and residential Wood Marsh have designed a building that is a direct statement of their client’s values. 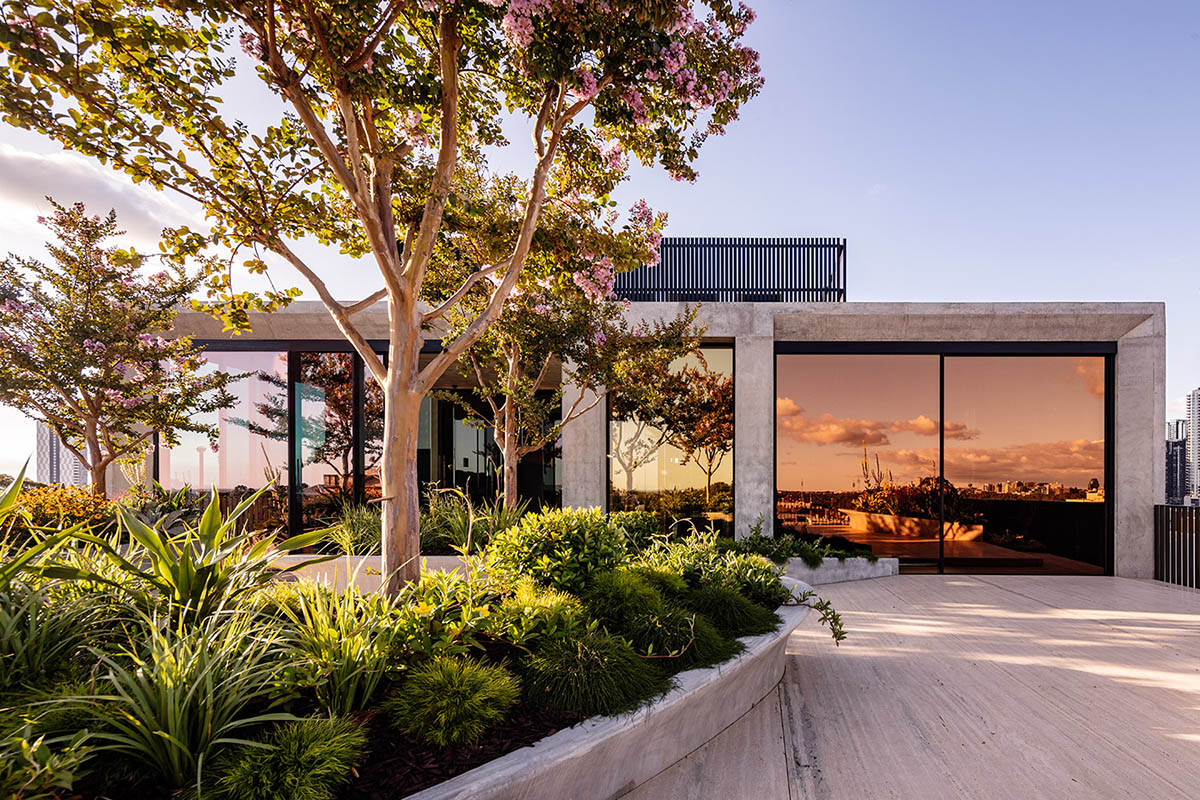 Investing in longevity through commitment to quality design, Piccolo House stands as the embodiment of its developer and owner as a successful model of a progressive build-to-rent property and a new home for Piccolo’s own office. 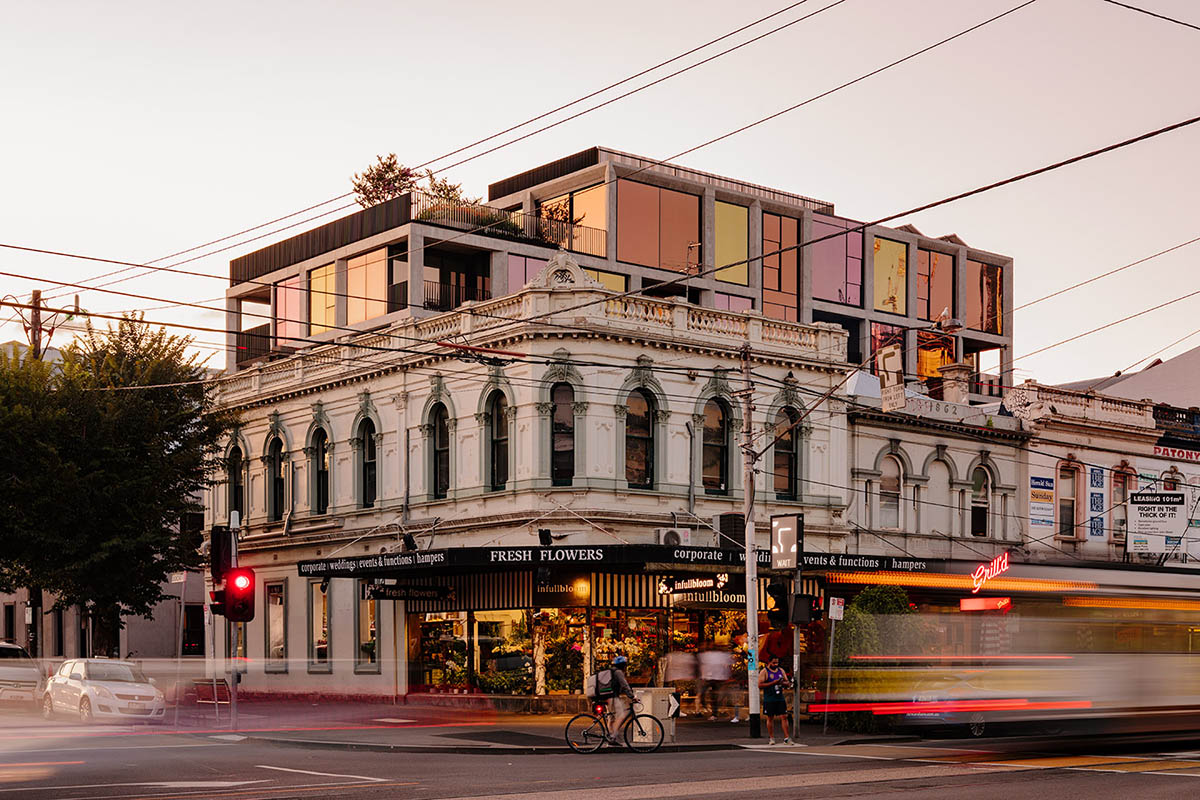 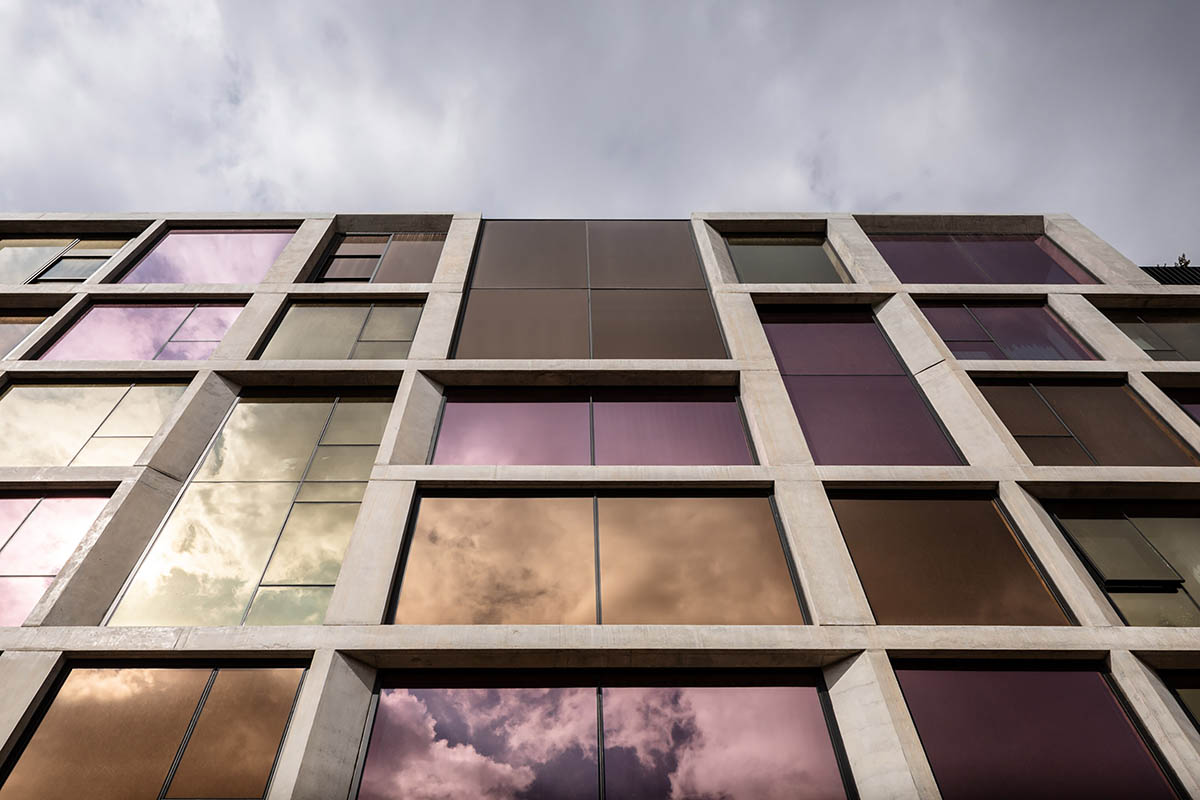 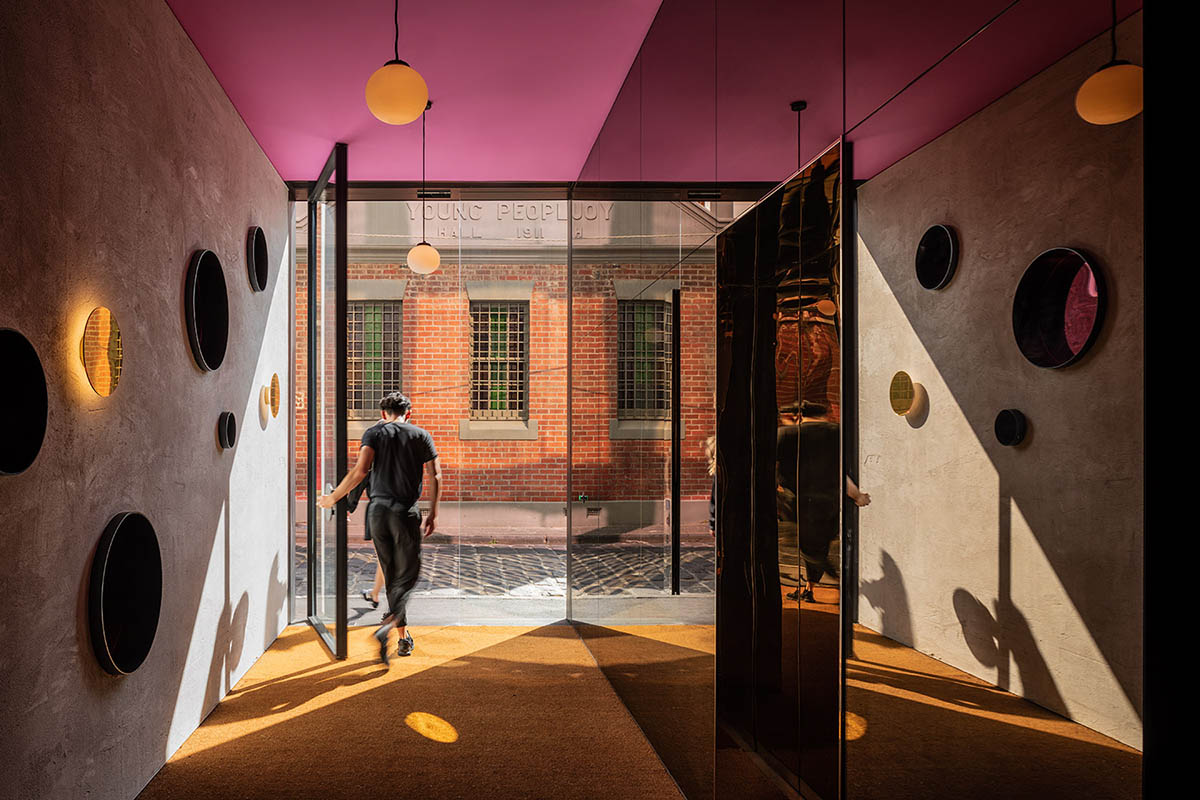 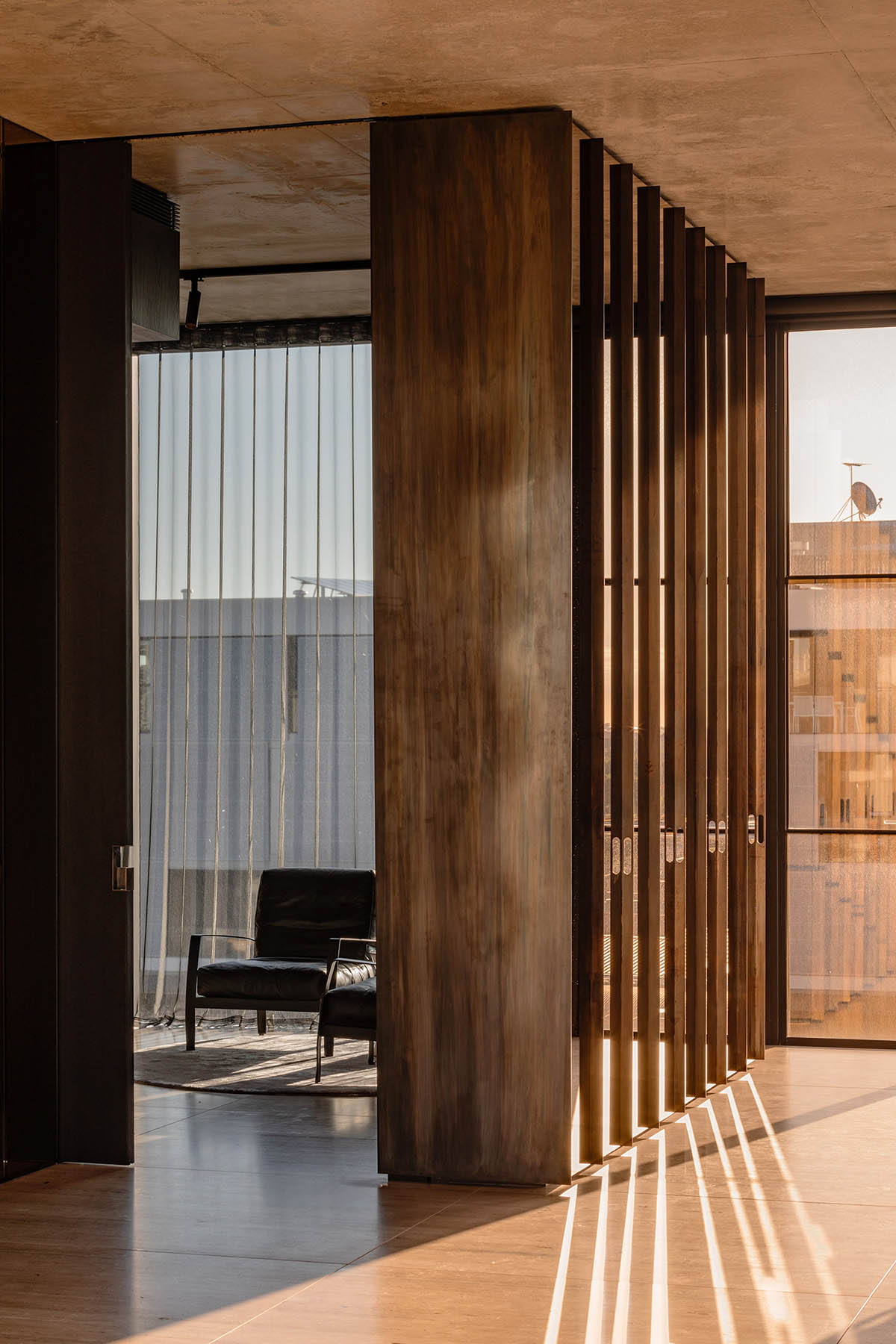 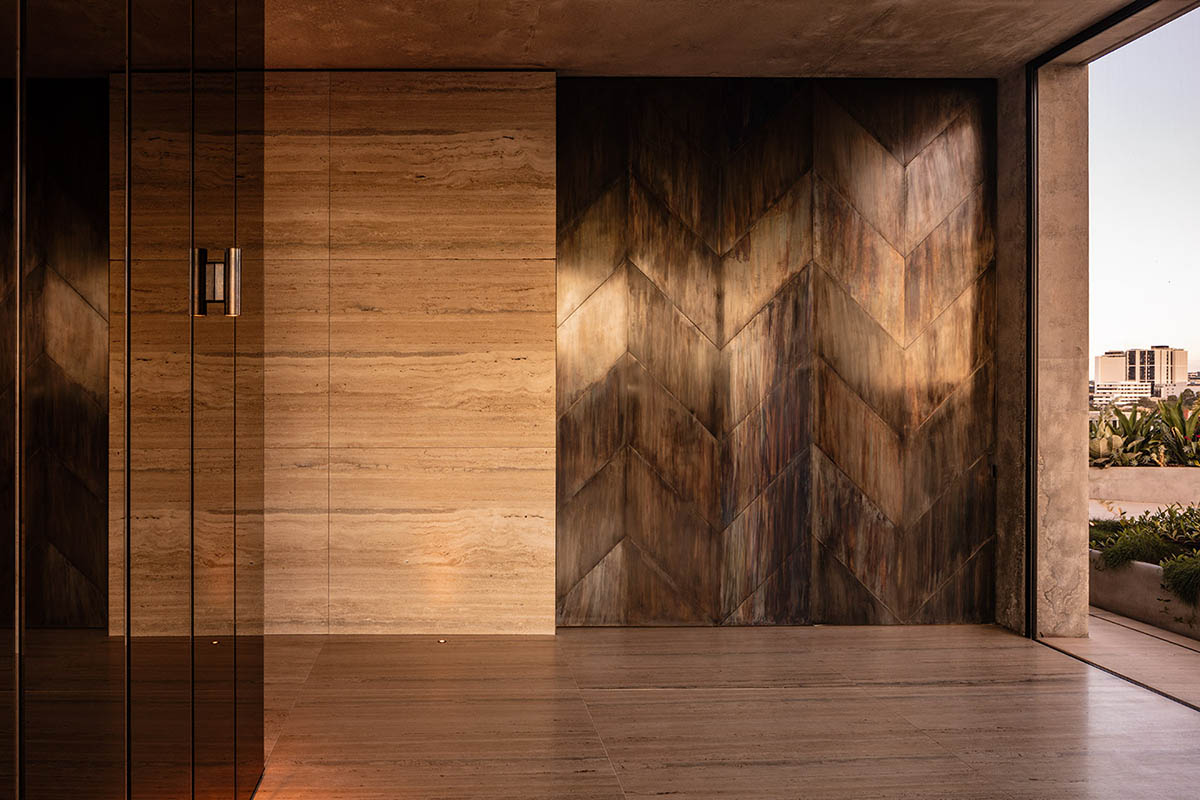 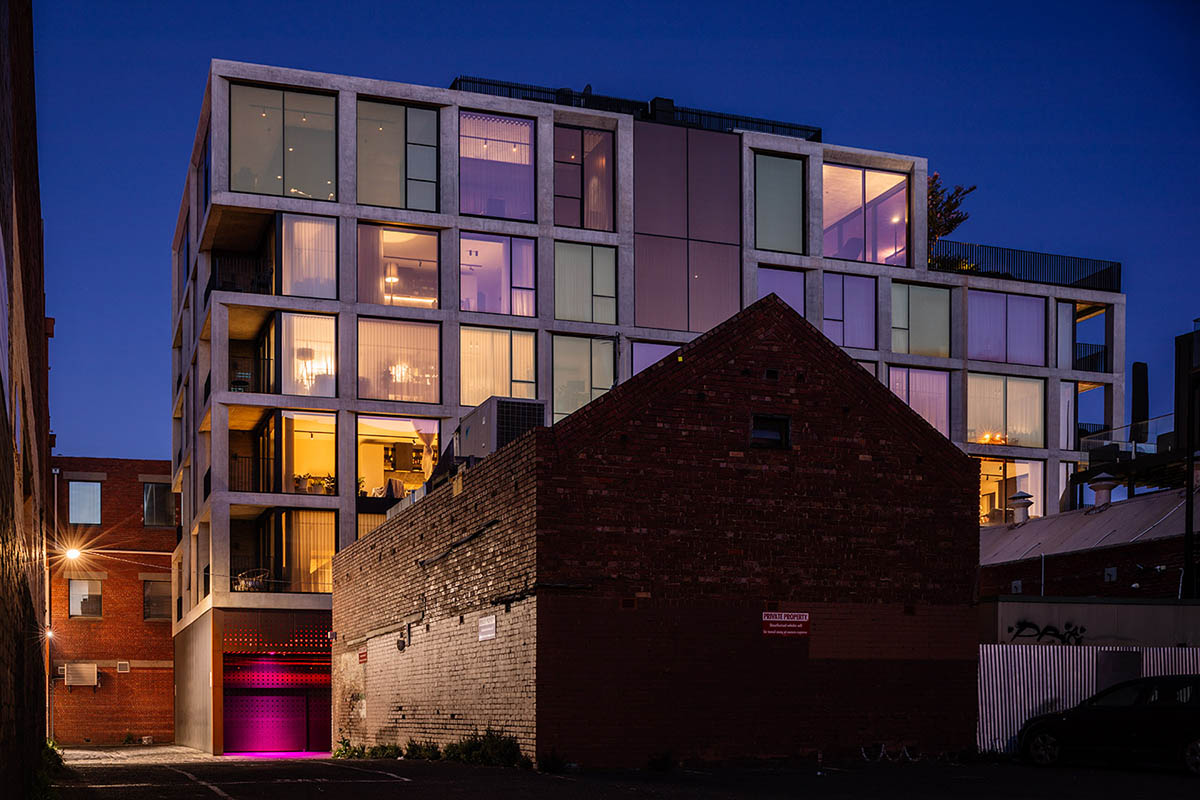 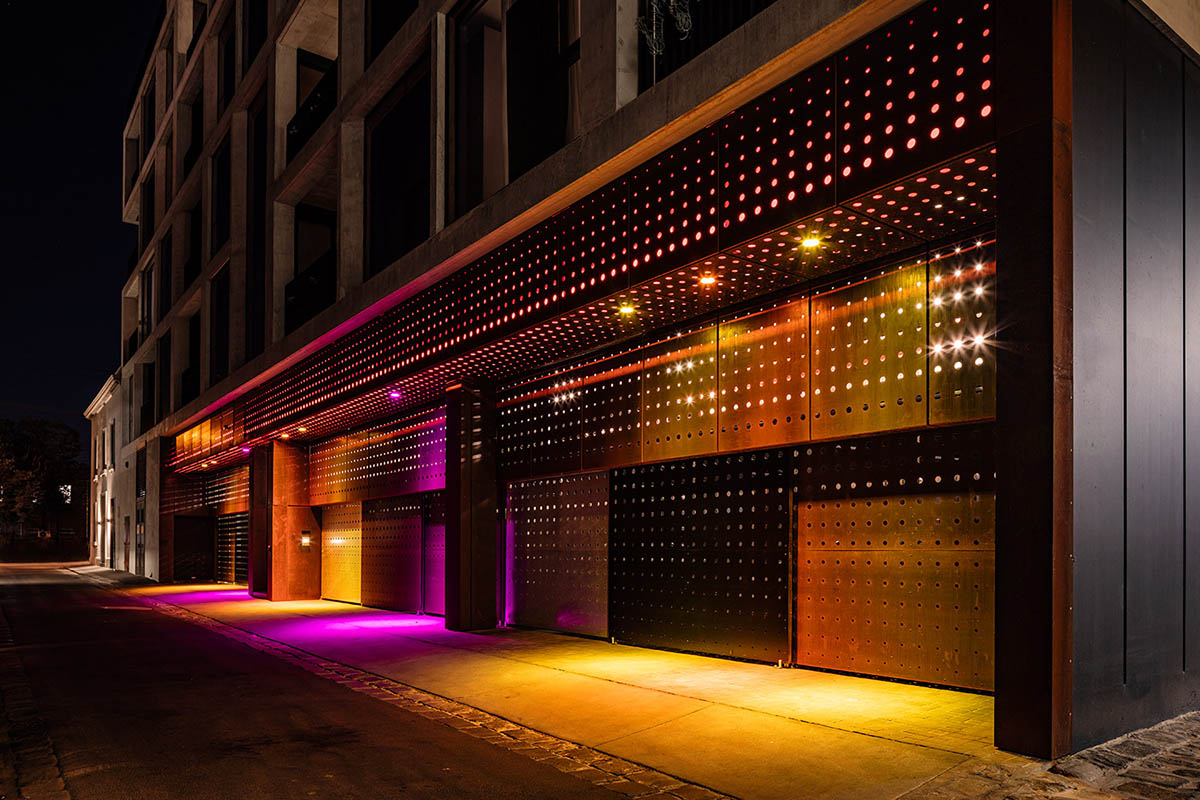 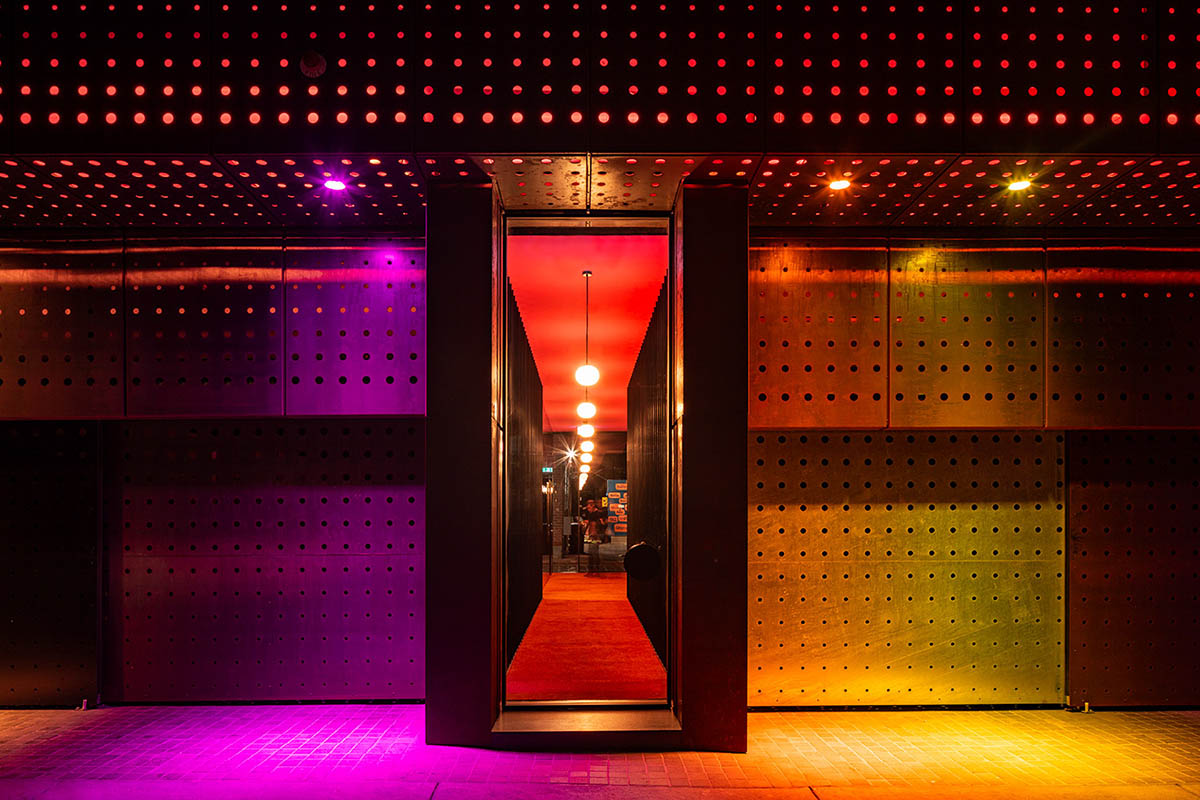 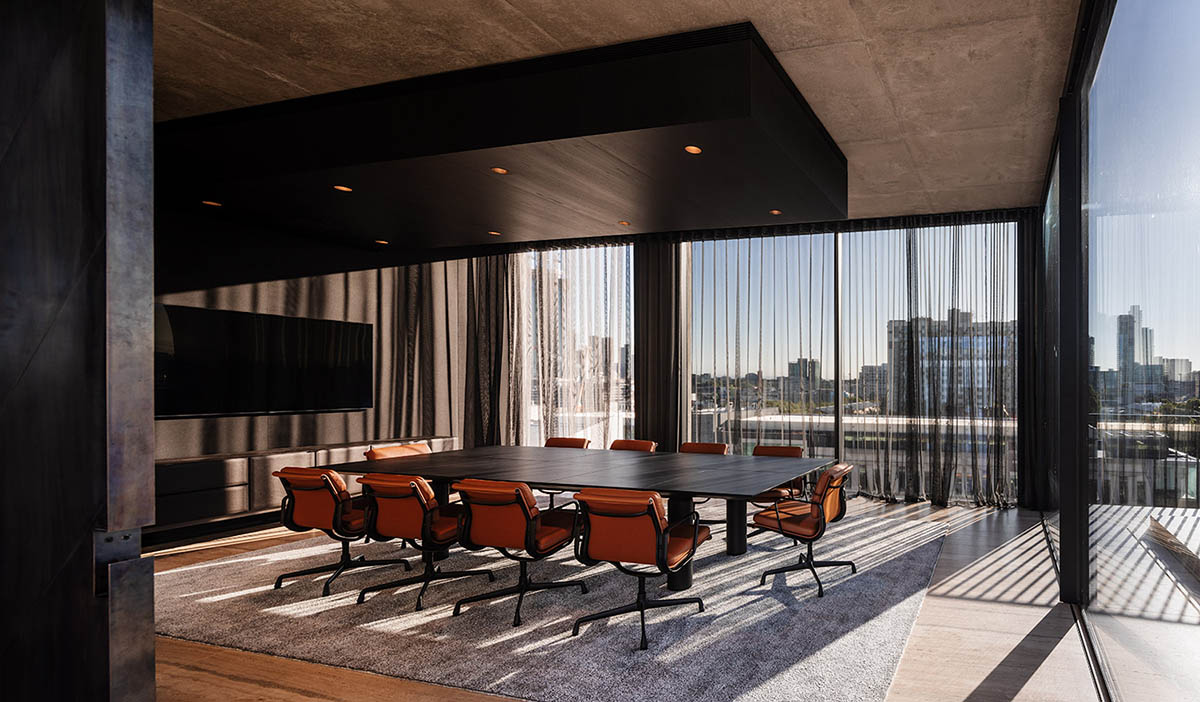 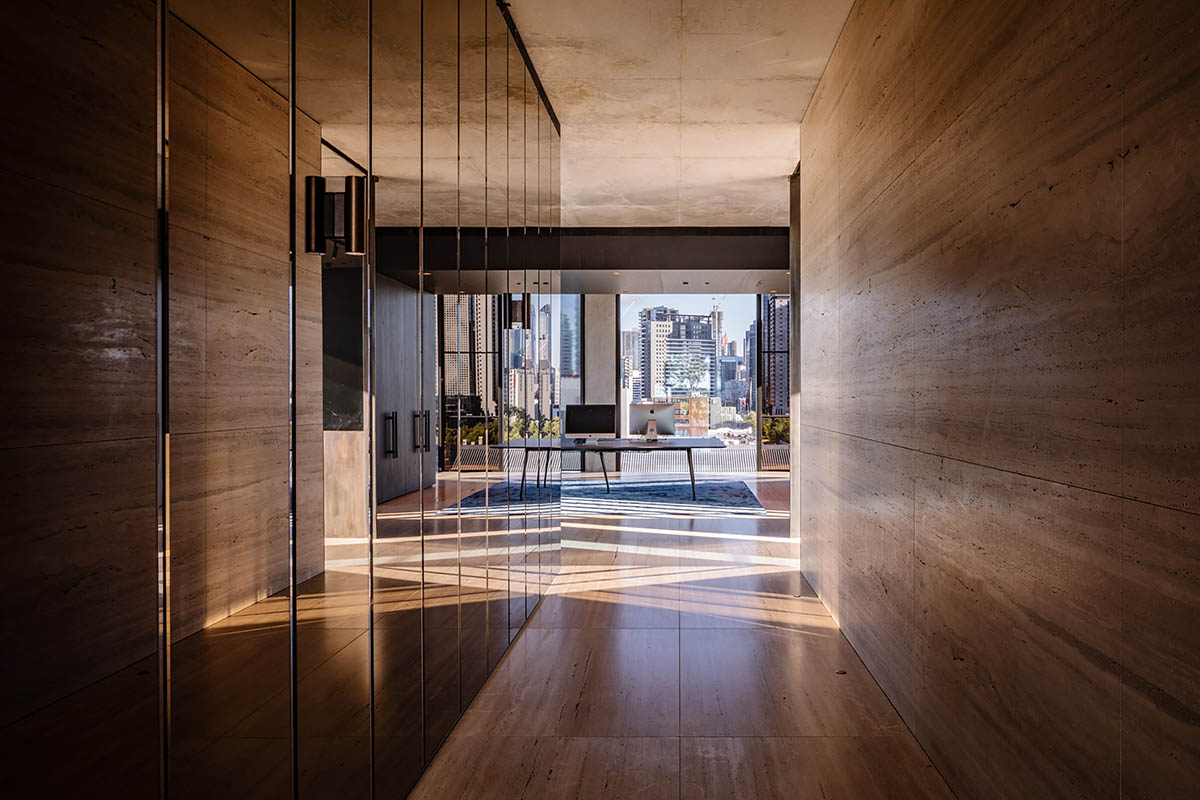 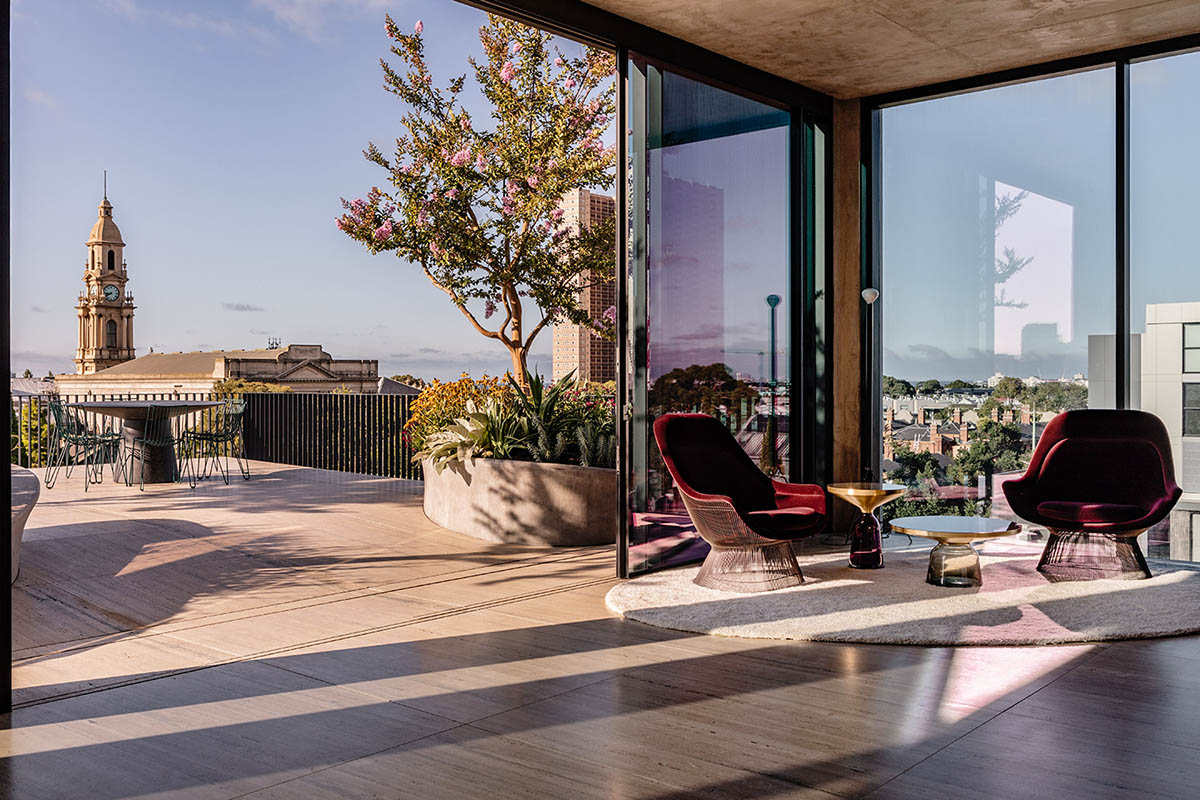 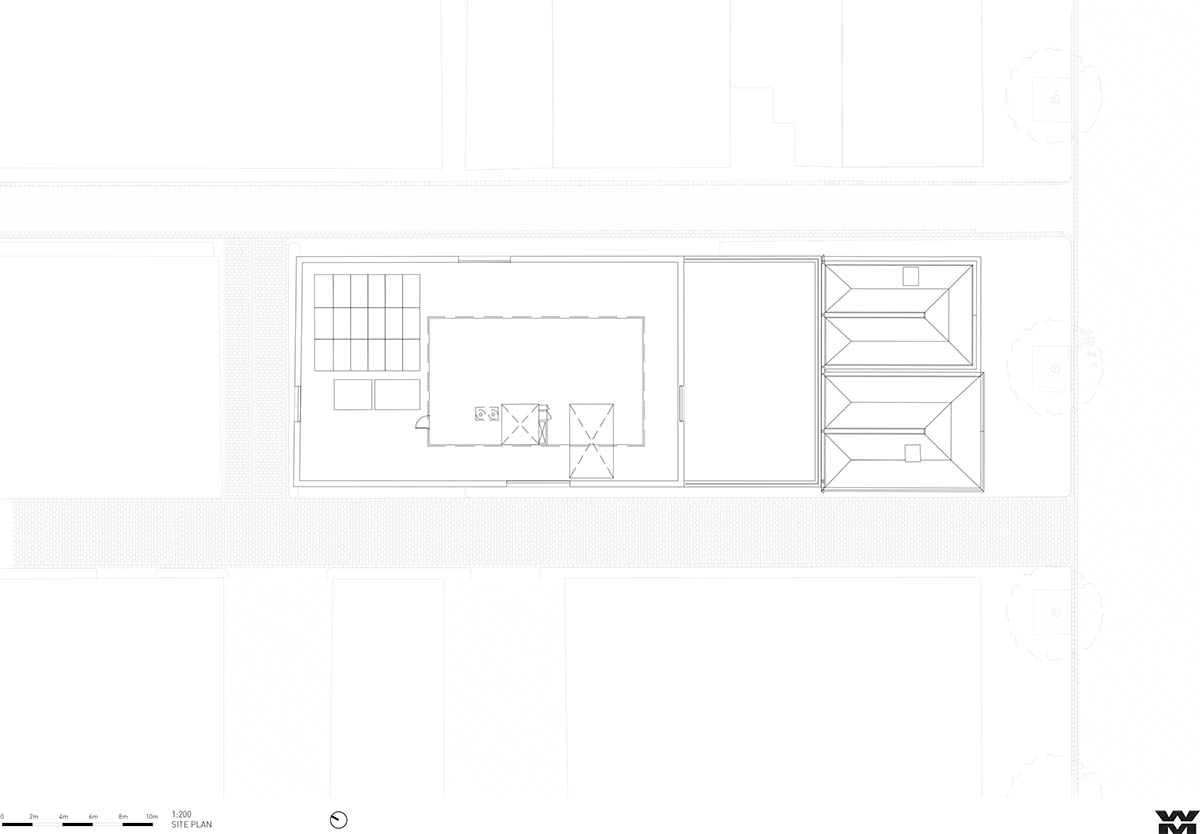 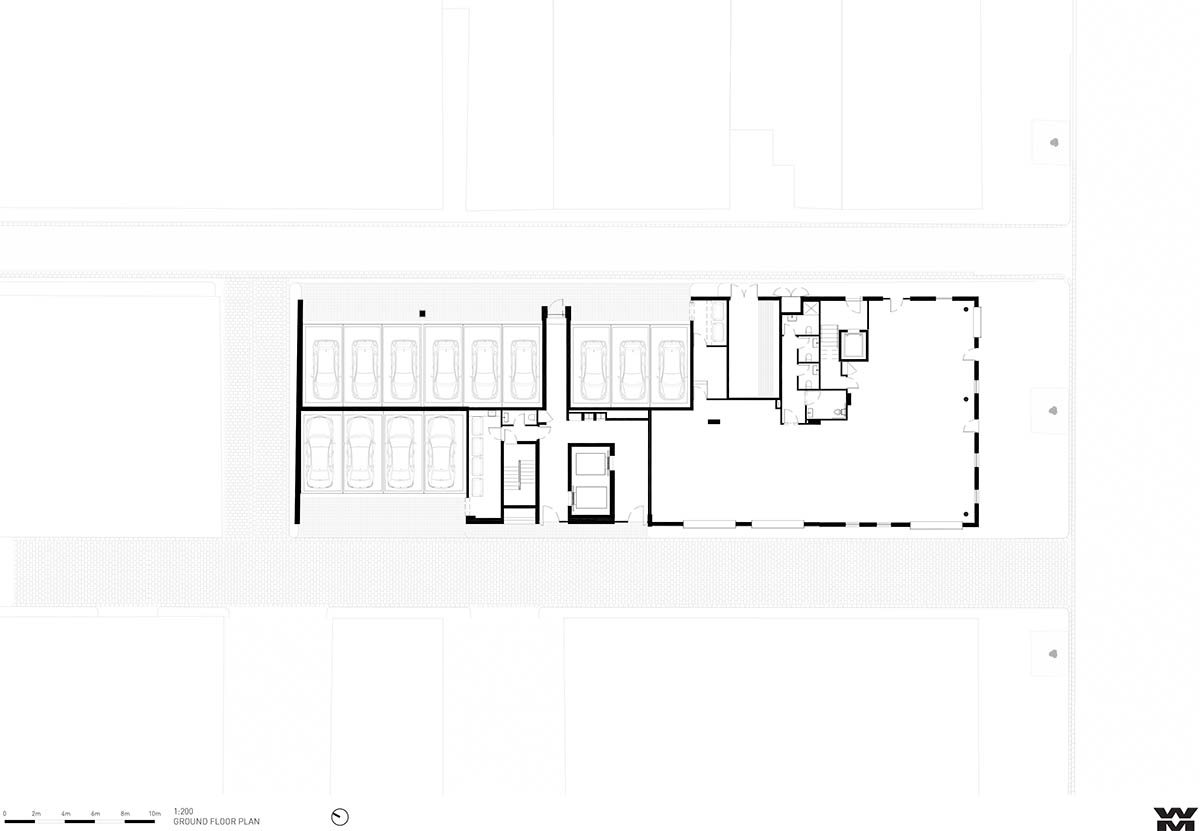 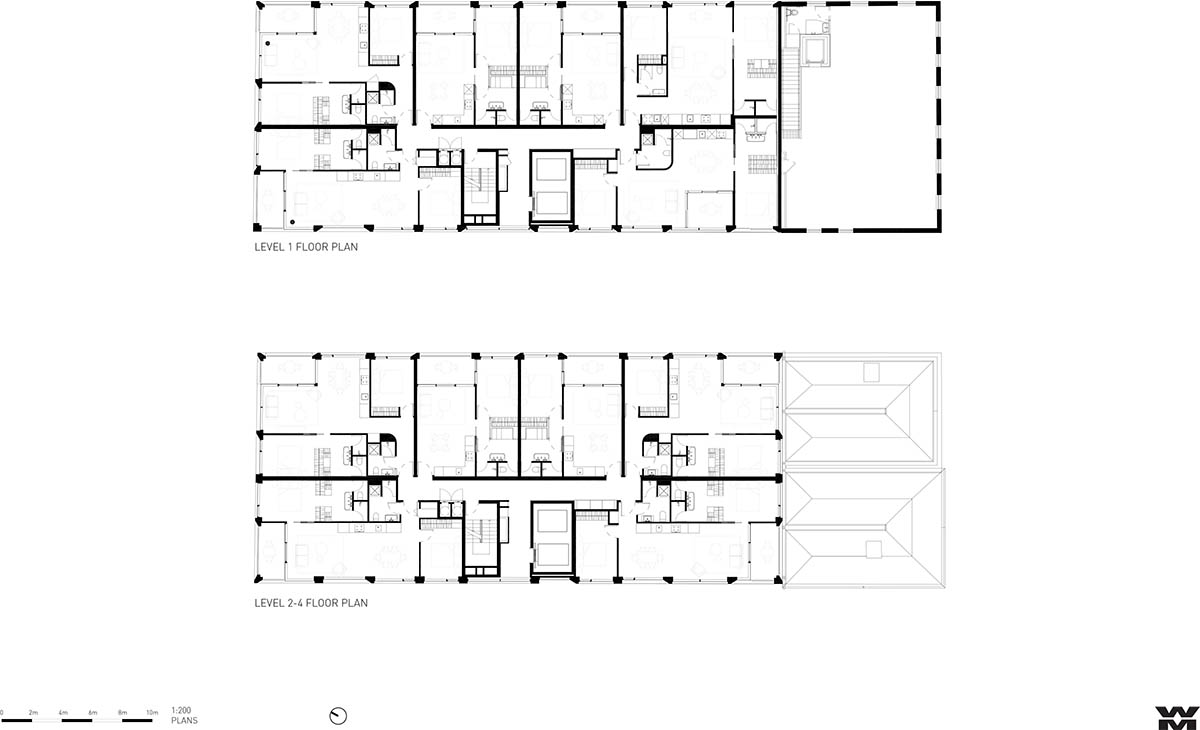 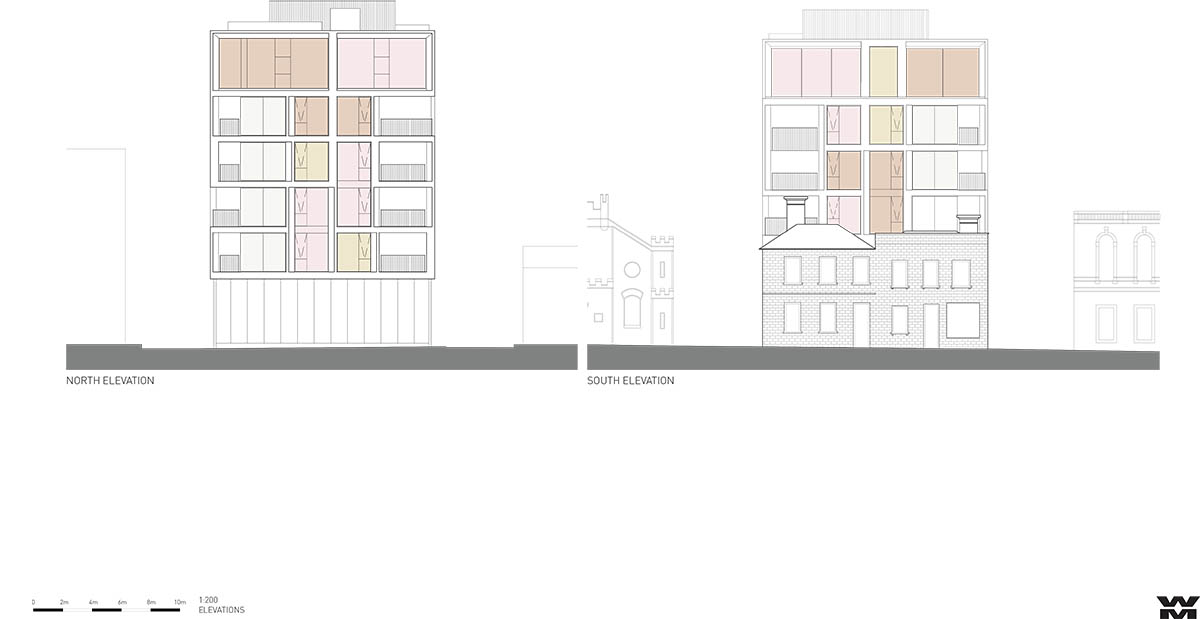 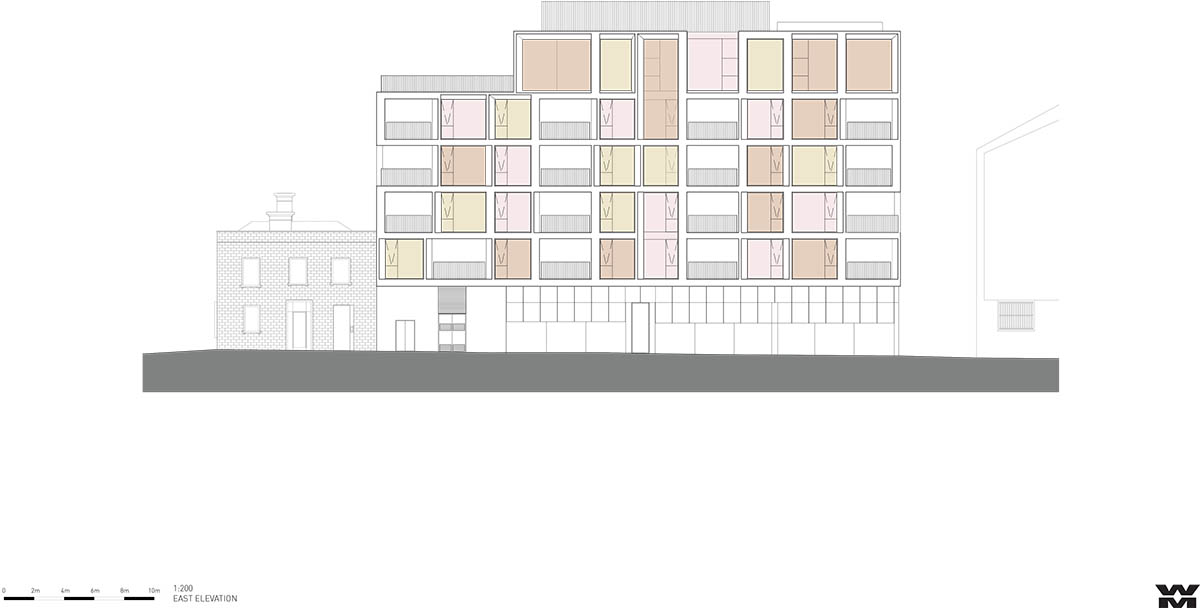