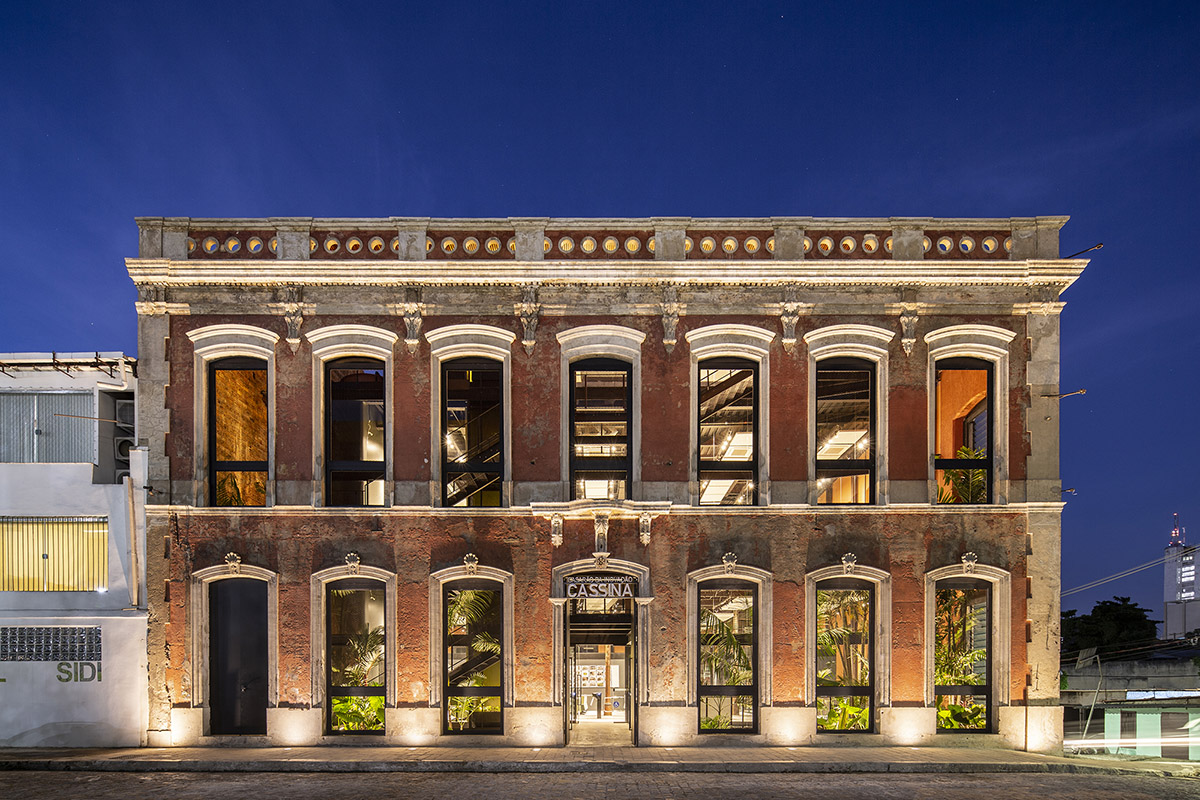 Named Cassina Innovation House, the studio converted a heritage building, built in 1896 and abandoned since 1960, into a new co-working and meeting place for digital economy makers.

Preserving the original character of the building with its mortar pigmented and with red sandstone powder façade, the 1,586-square-metre building now houses for multifunctional areas, such as lounges, meeting rooms, laboratories, training rooms and a restaurant on the top floor with privileged views over the Historic Center and the Rio Negro. 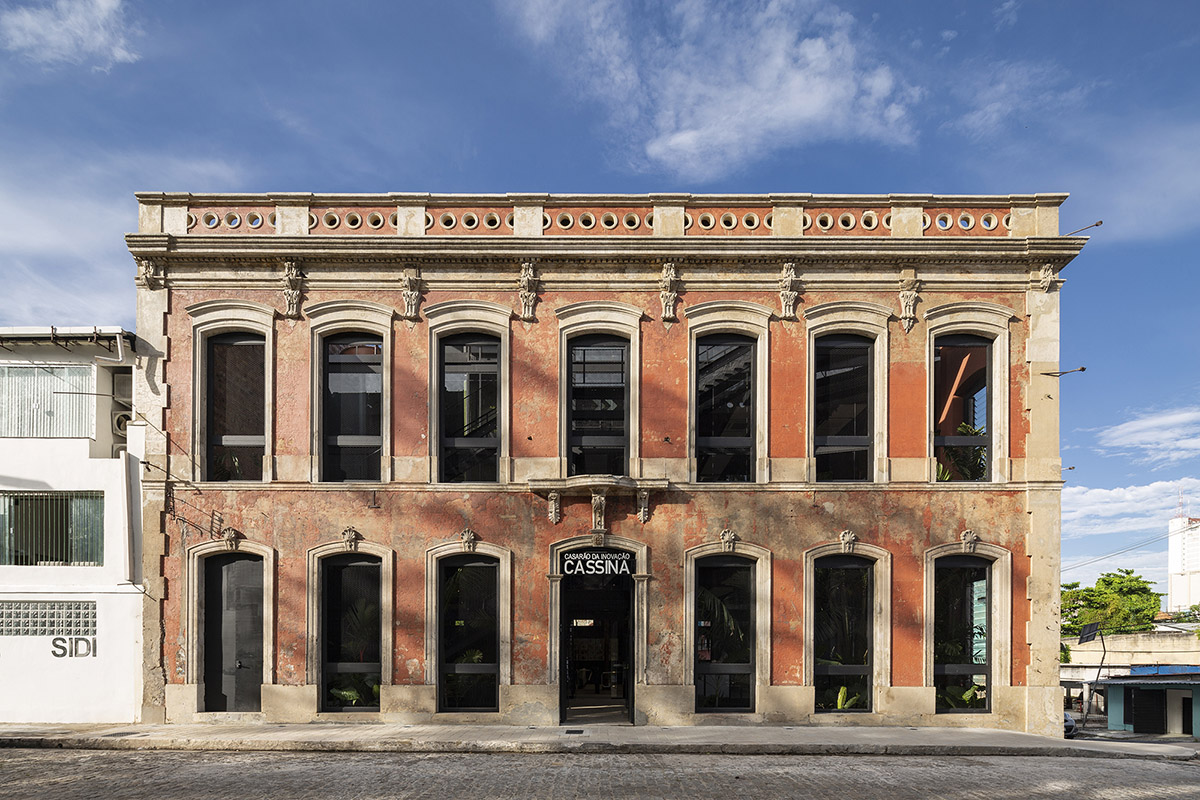 Located Manaus Digital District, the building is aimed to become a new landmark as a digital technology and entrepreneurship center in the district.

"The degraded facades taken over by vegetation had generated a powerful image which was important to deal with," said Laurent Troost Architectures.

"The beauty of the ruin's imperfection raises interest, questions and invites reflection on the past and the action of time and man in the city and on heritage buildings in general." 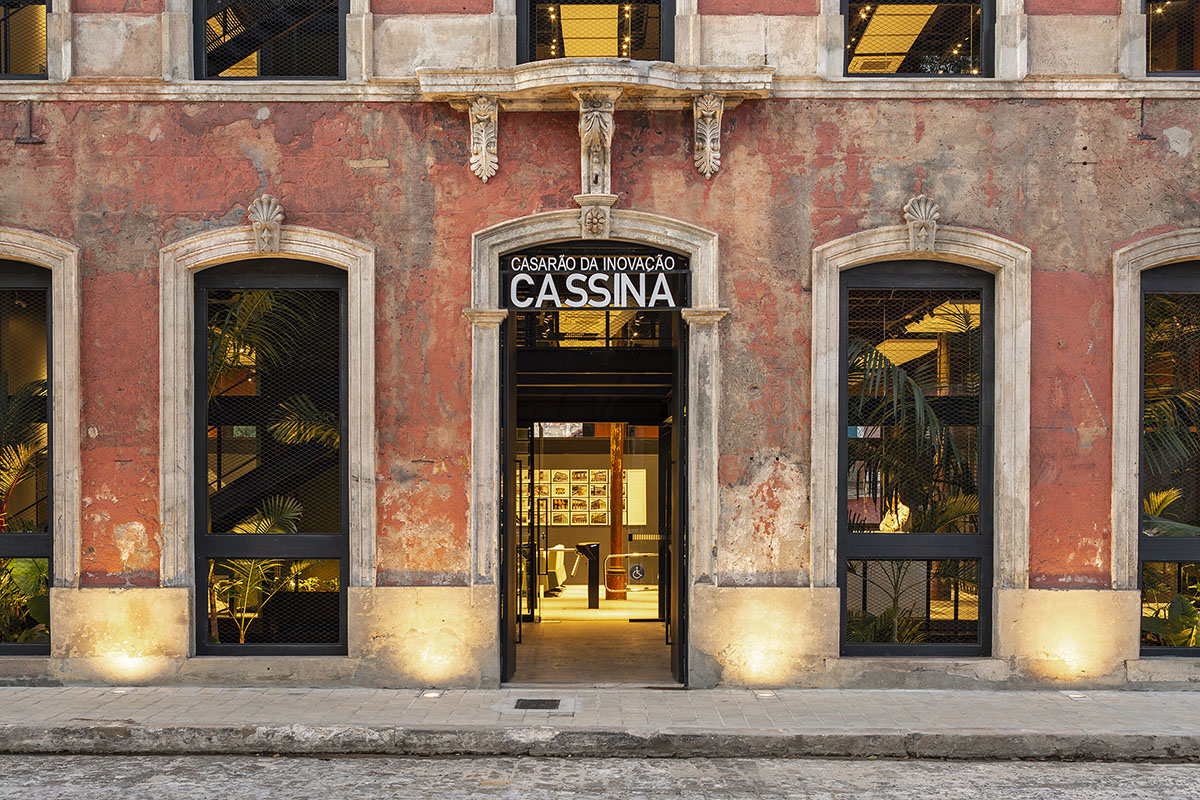 "It is not surprising that the imagery of the ruin, with its poetic and plastic potentialities, was explored by countless artists and architects: Piranesi, Gordon Matta-Clark, Robert Smithson, Lúcio Costa (Museum of the Missions), Paulo Mendes da Rocha (Pinacoteca de São Paulo and Capela Brennand) and Ernani Freire (Parque das Ruínas), to name a few," added the studio.

According to the architects, for this project, "the preservation of the ruin condition also turned the intervention into a manifesto because it is also the last façade with mortar pigmented with red sandstone powder." The studio wanted to show this specificity visible and to paralyze its degradation with meticulous restoration works, which have been carried out by using cleaning, stabilization, consolidation and protection.

Respecting to the building's ruins and its imagery, the Cassina houses an exuberant garden behind the main façade creating its very own microclimate. 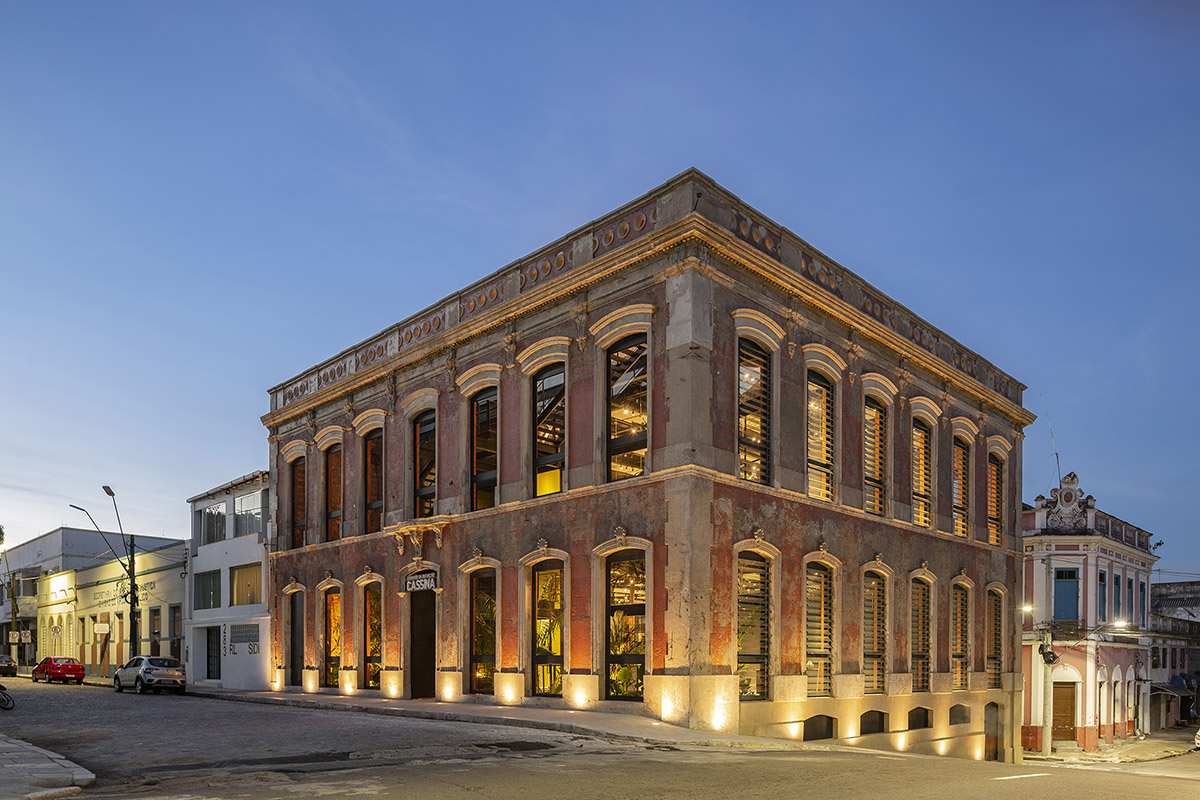 Guests can access the building via the walkway by crossing the void over the garden - which is a reminder of Manaus intrinsic reason for being: the Amazon rainforest.

As the studio details, "this lush tropical garden, associated with glass, transparencies and reflections, mixes Cassina's ruin History with the Future of the Innovation House in a space associated with technology, virtuality and contemporaneity." 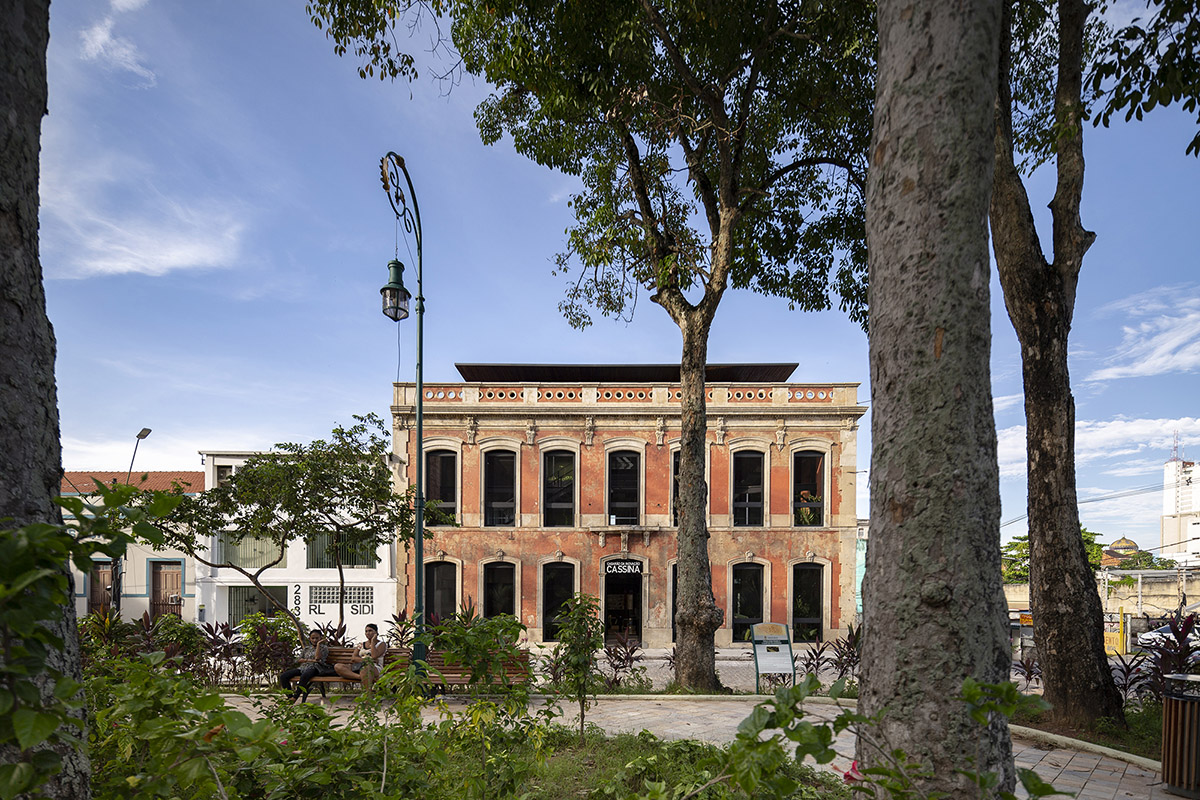 All the functions are spread over four floors and maintaining its passive climate conditions was the key principle in design. "In addition to cross ventilation in all floors due to the reduced width of the building by inserting the garden, the Cassina features a ventilated void between the roof slab and the restaurant’s ceiling, in addition to large eaves in all directions, ensuring a thermally comfortable environment," continued the studio. 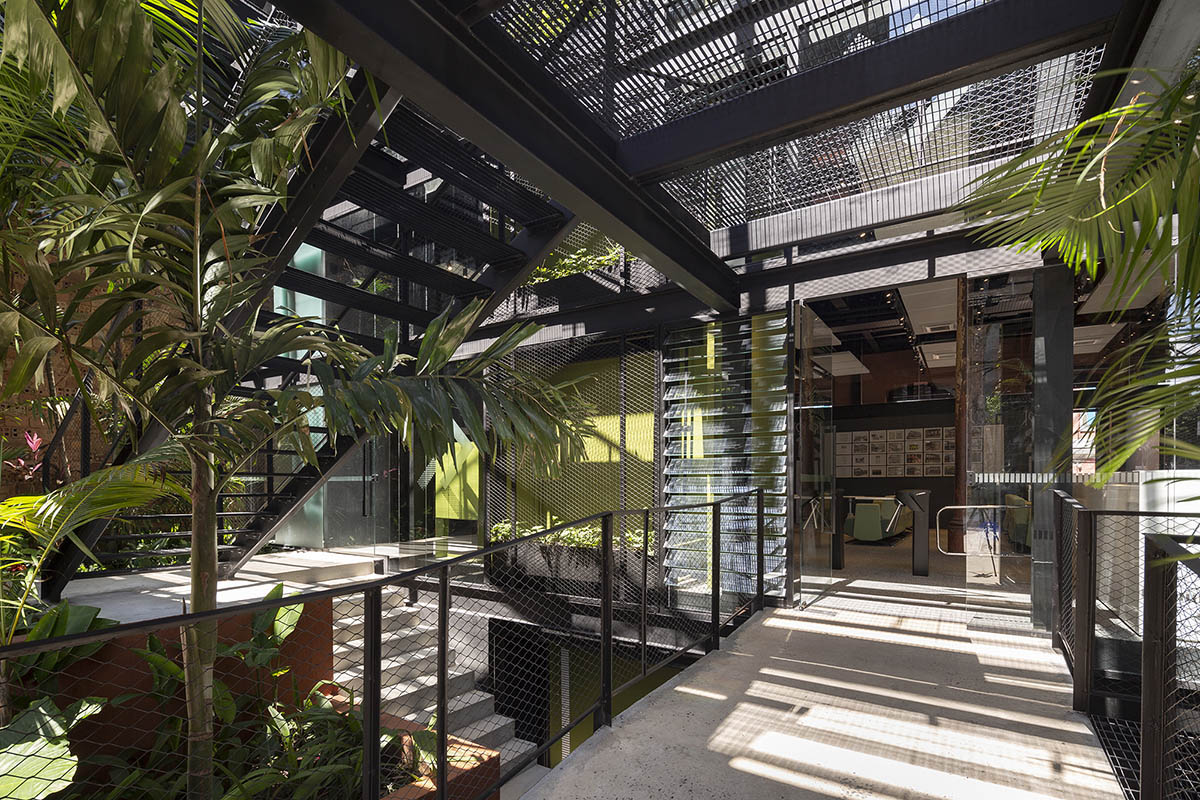 "The East facade, hit by rising sun, has received contemporary frames with tempered glass fins to create a ventilated double-skin facade keeping the heat out."

To renovate the building, the architects carried out a sustainable re-use urban development process, in which they can find ready-to-use and easy-to-use materials.

For this, the architects used new materials that have been produced less than 8km away from the building site since all steel and glass has been produced in the Industrial District of Manaus, which developed a specific steel industry since 1969. 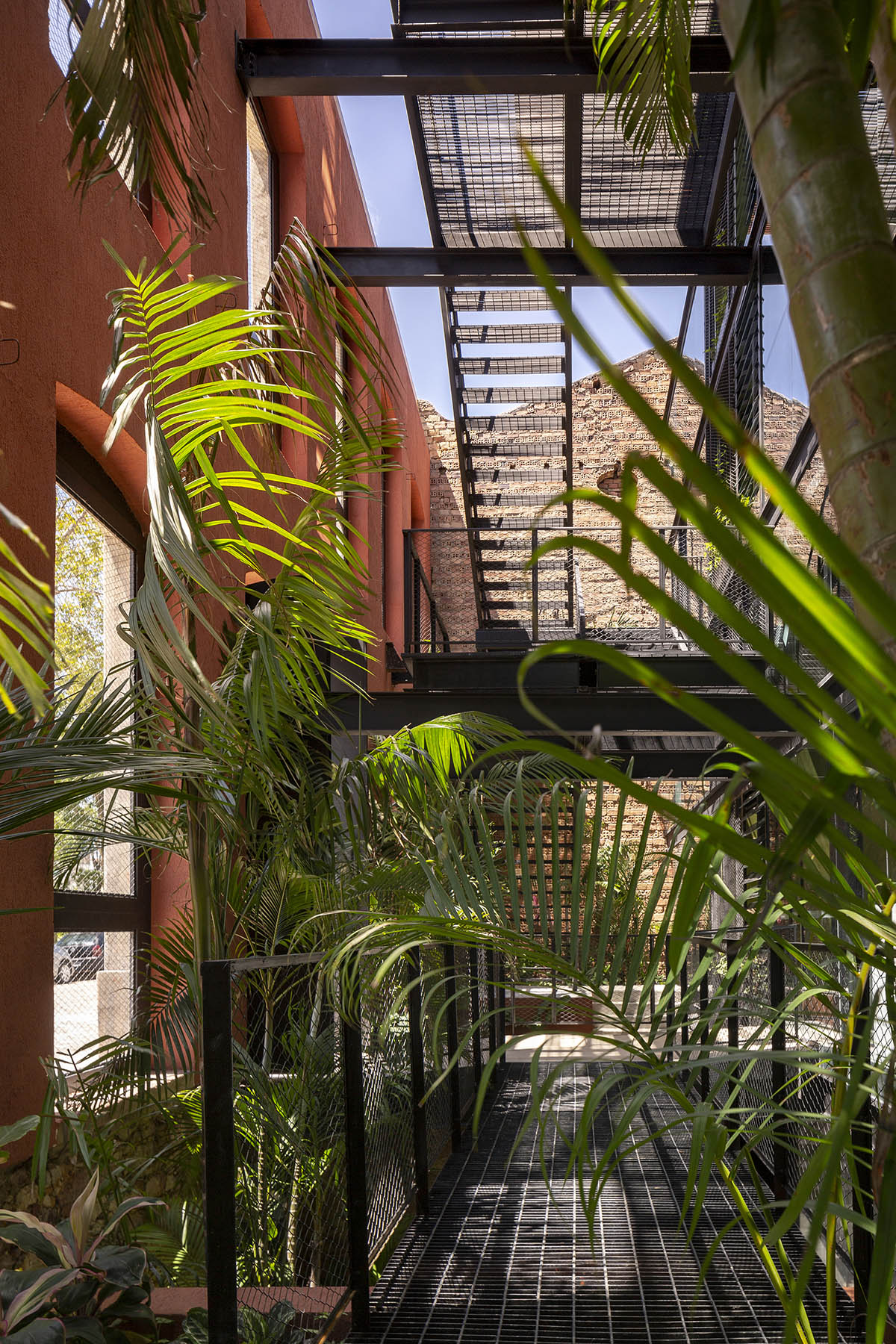 "Thought of as a four-columns-tower built in a empty shell, the prefabricated steel structural concept’s simplicity helped to build the Cassina Innovation House in only 7 months during the pandemic," explained the studio.

"Not only during the works, the prefabrication system allowed for very few workers on site allowing for social distancing from Covid-19 in hard-hit Manaus, but also the Cassina Innovation House now proposes large, generous, well ventilated, unconventional and de-densified open floor plans adapted to physical distancing requested in a (post-)pandemic society." 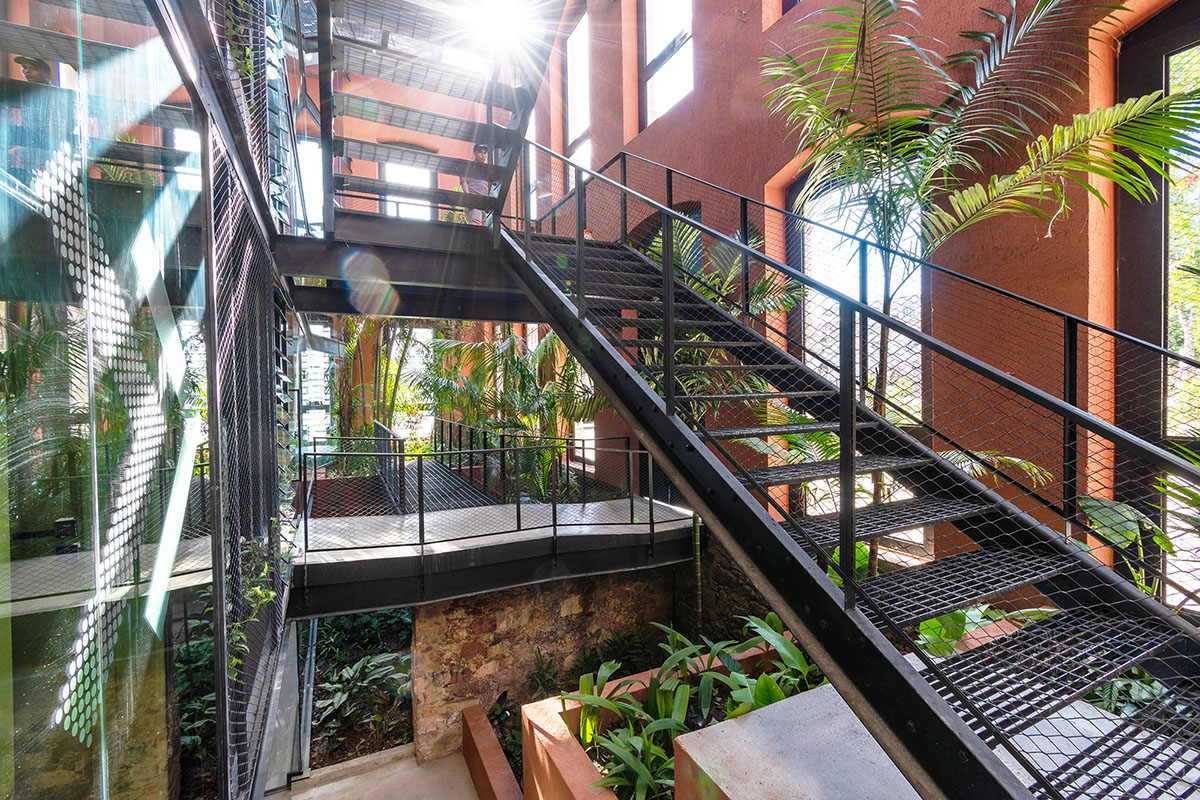 Laurent Troost, founder of Laurent Troost Architectures, said that "the Cassina Innovation House, through the insertion of a tropical forest and an industrial steel structure within the consolidated ruins of a heritage house, can be considered as the synthesis of Manaus economic cycles: the rubber era, its decline, the Industrial District era and the new digital economy era."

The studio also added that "due to fireproof regulations, the building’s height did require an external staircase as the safest solution." "The question of how to build an external staircase within an existing built envelope was therefore one of the starting point that tented towards the inner tropical garden solution."

"And, to turn this challenge into a differential for the project, the external staircase turned into a tropical garden, designed as a natural environment feature able to filter pollution, to produce oxygen, to reduce noise and temperature, but also to attract urban natural wildlife, which is already happening: frogs and birds already have nested in the greenery inside the building." 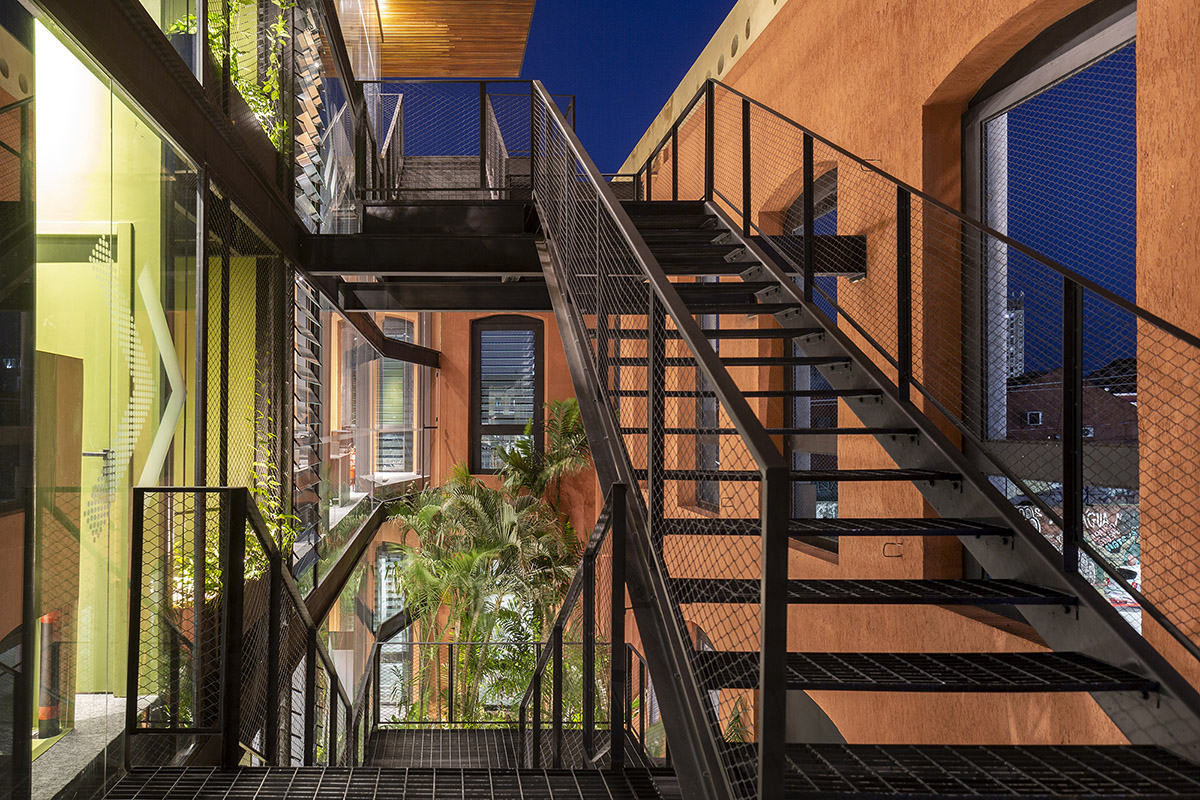 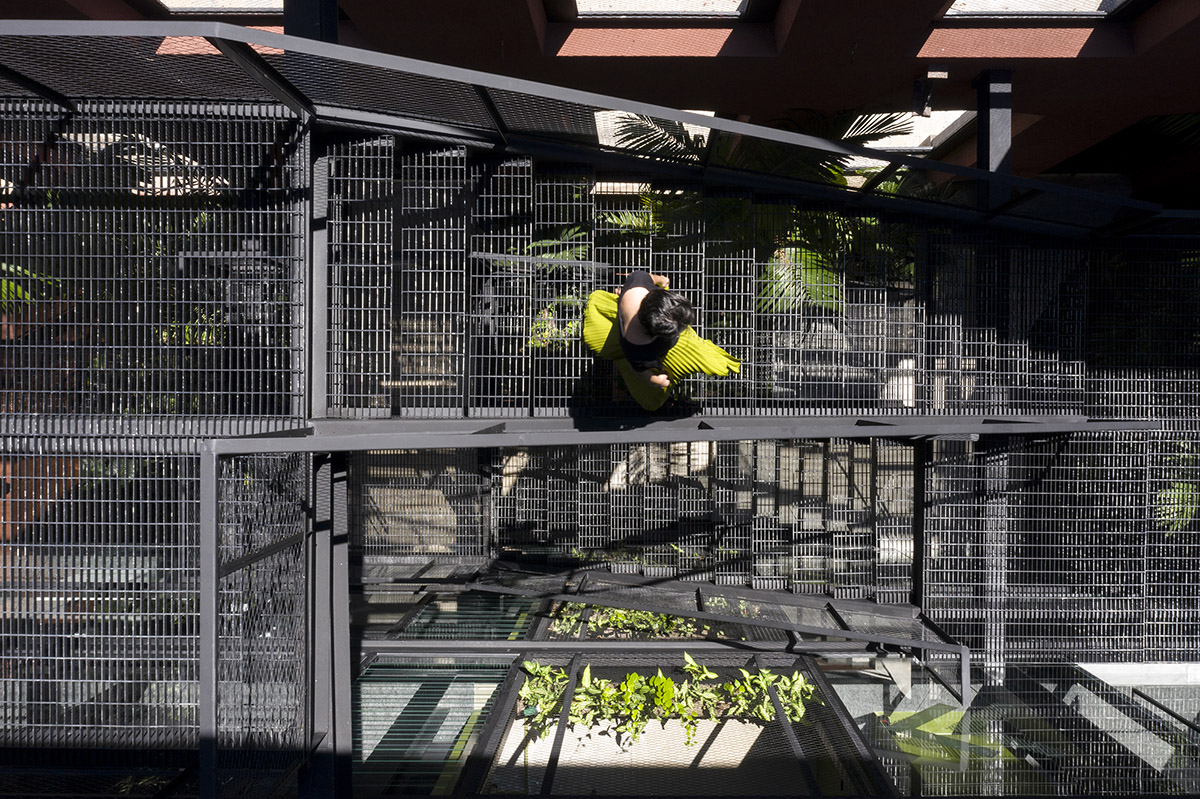 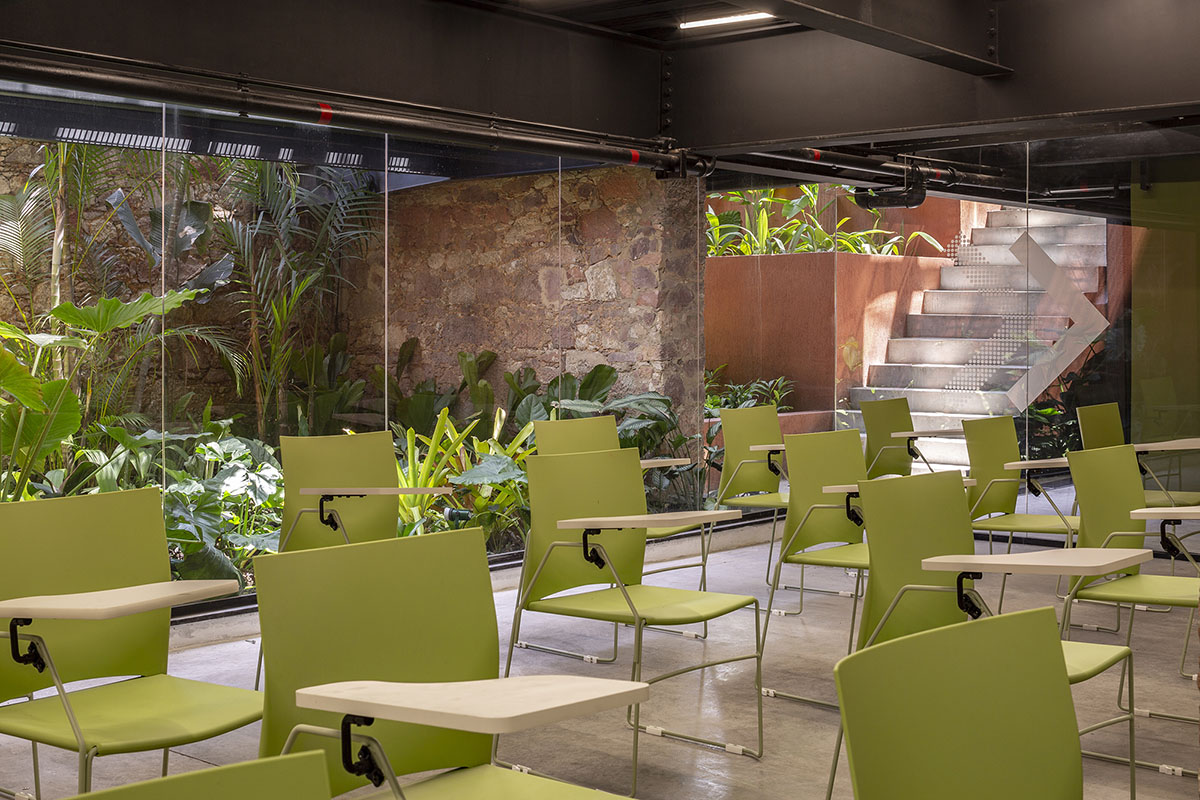 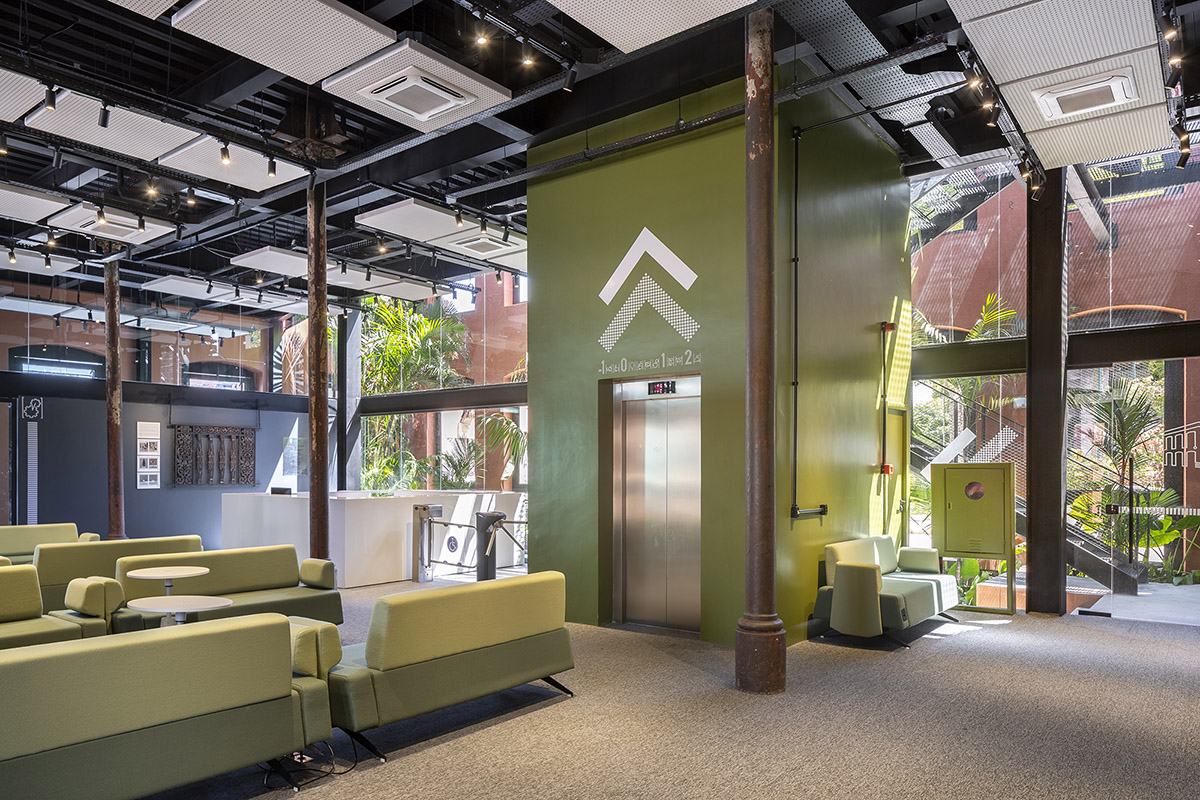 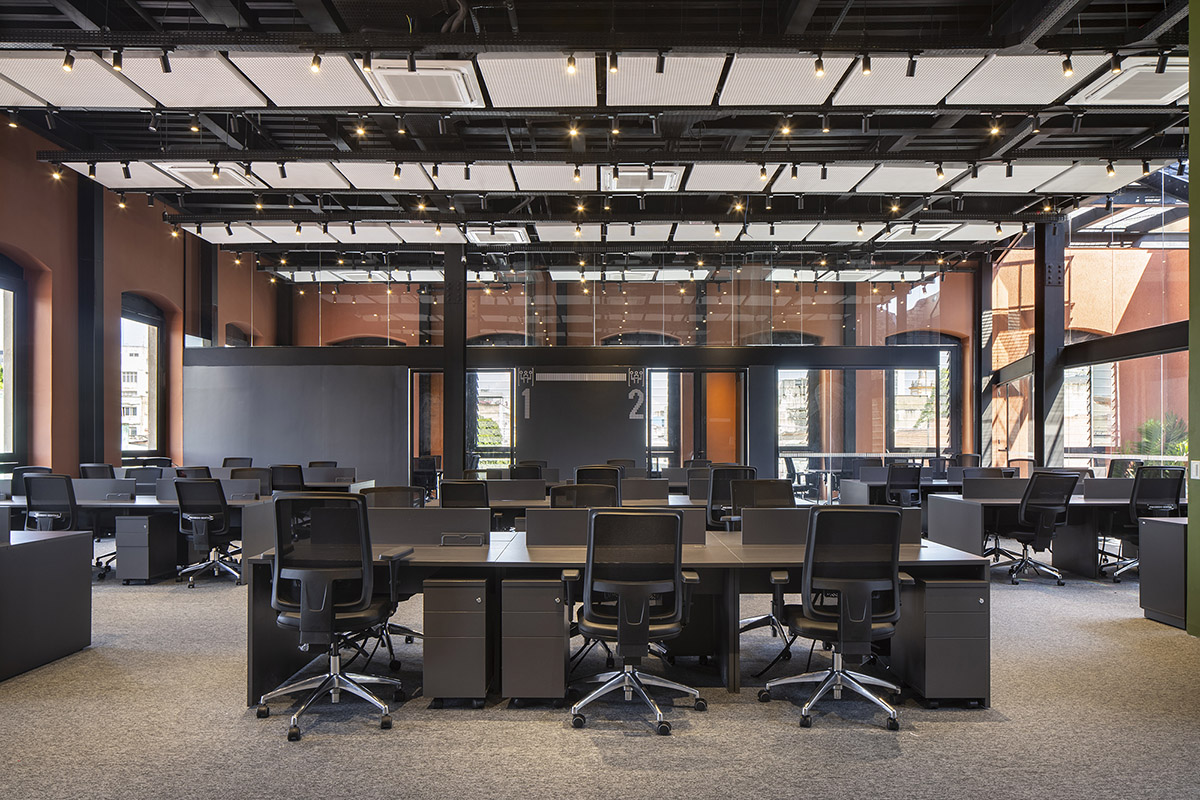 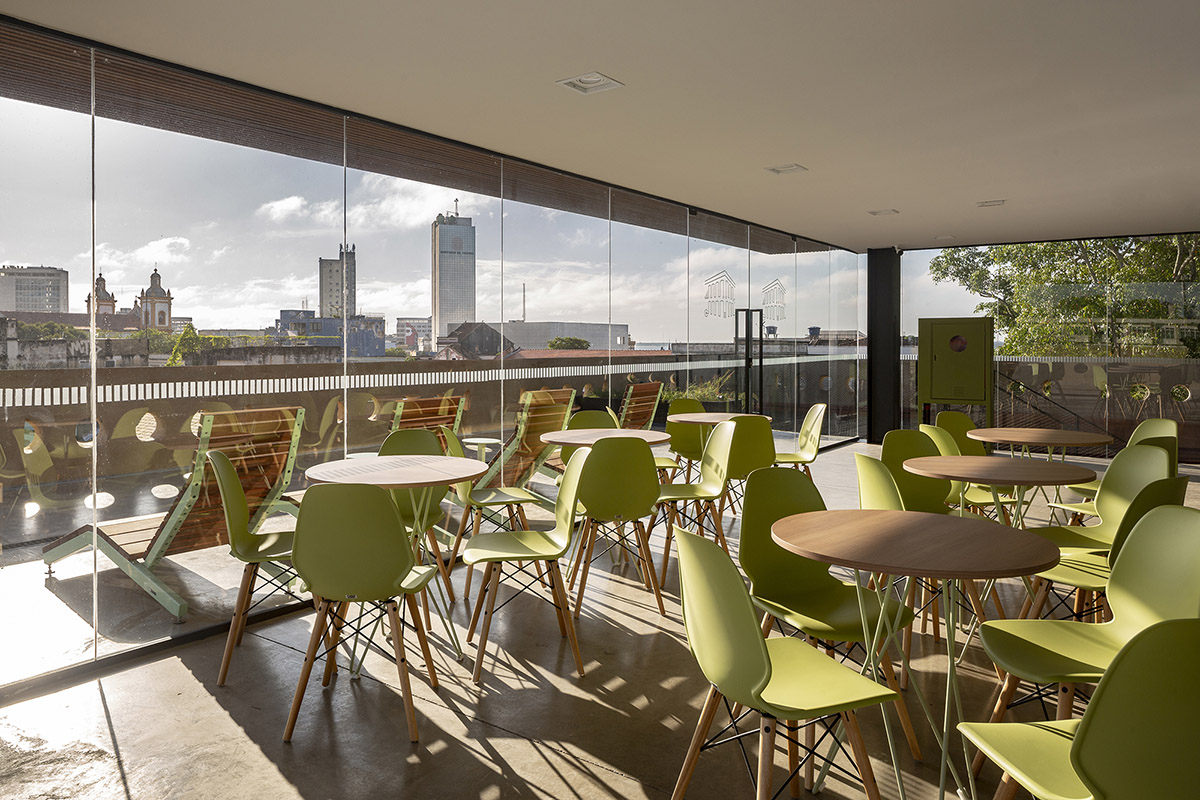 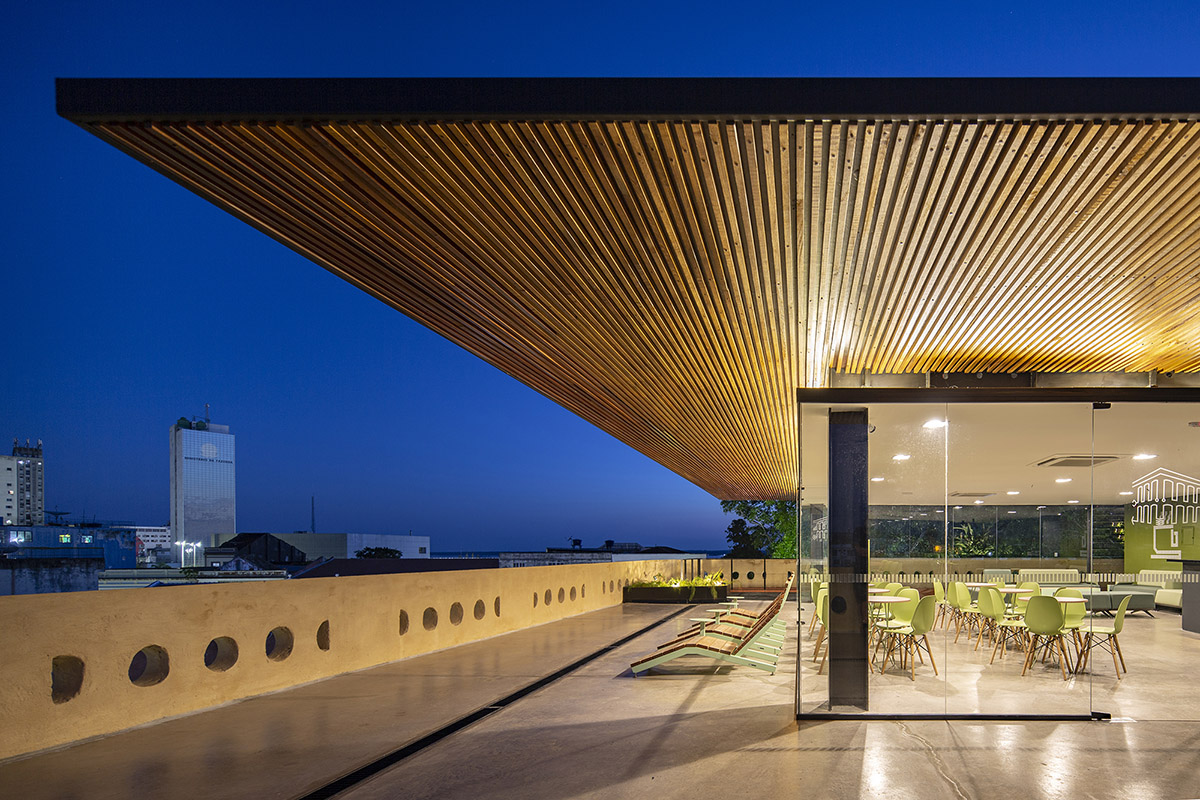 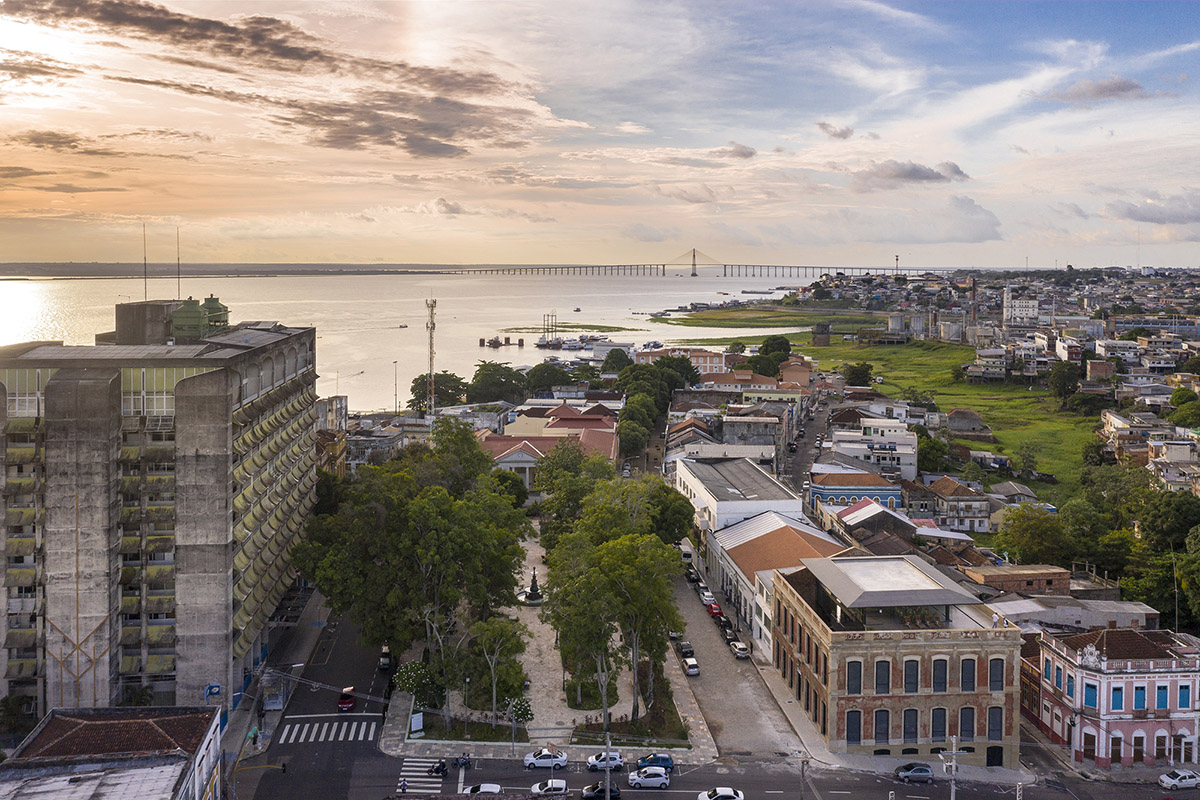 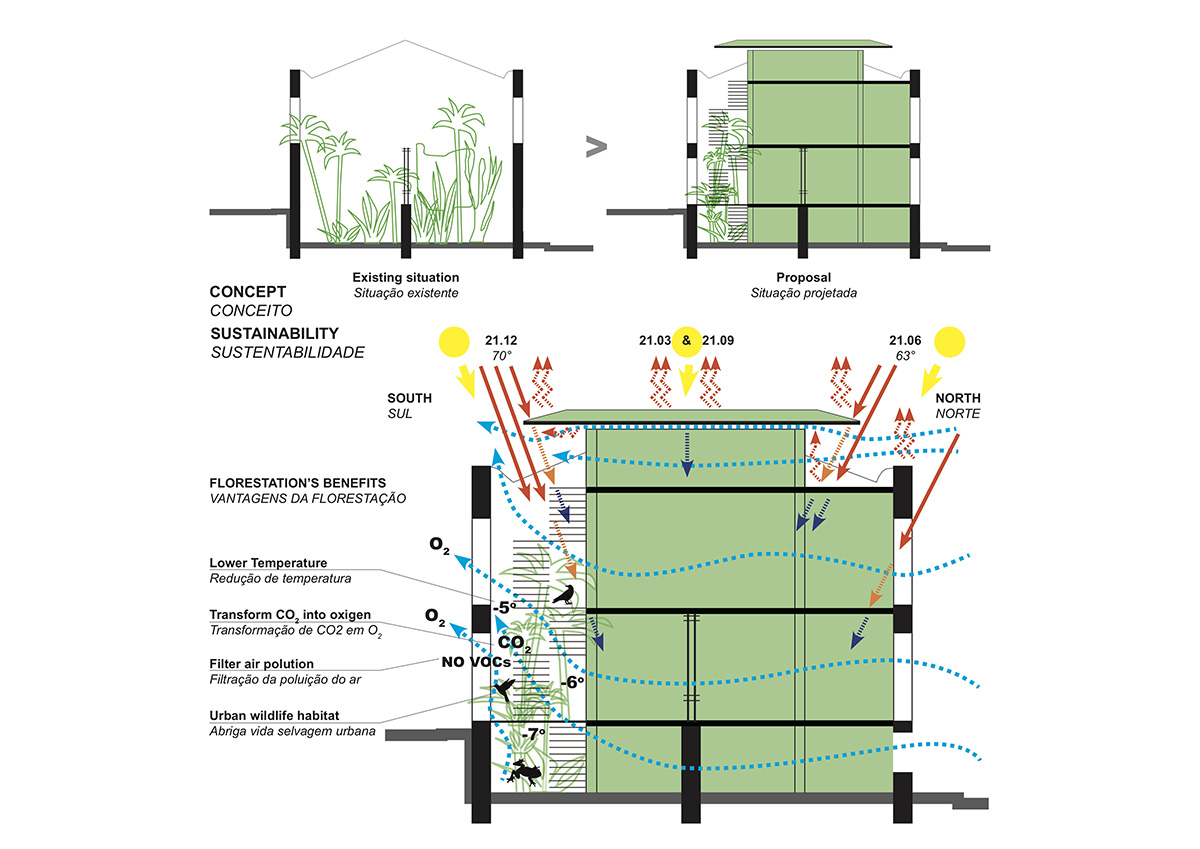 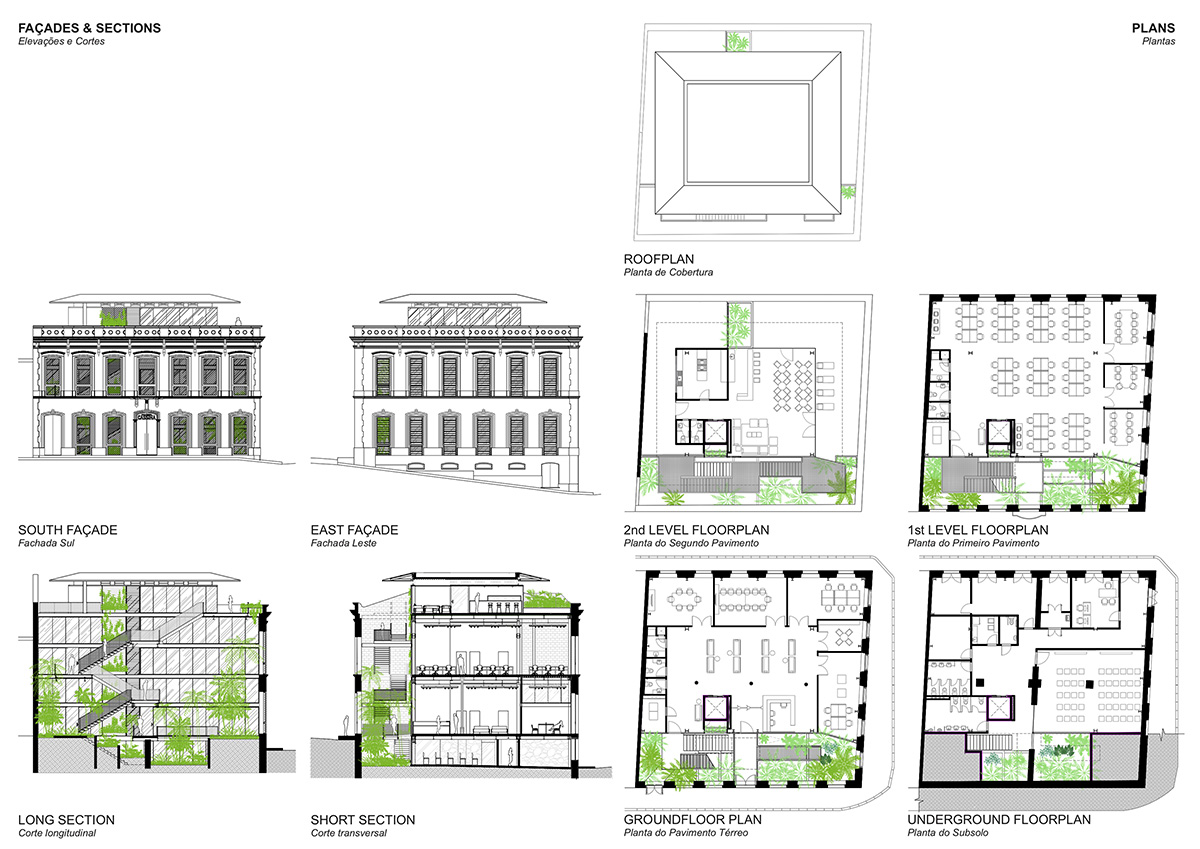