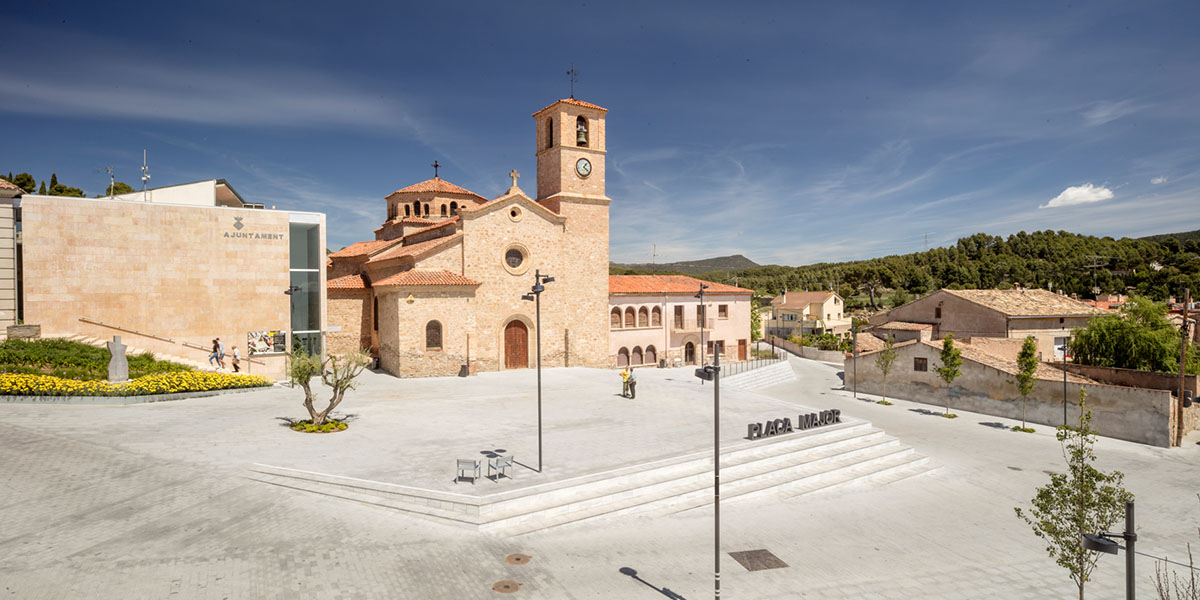 Barcelona-based architecture and landscape studio SCOB has redesigned the old city center of Ódena, Barcelona with a new structure that organizes and defines the public space with criteria of simplicity and formal clarity.

Called Plaza Mayor De Odena, the 5,100-square-metre project extended a uniform stone paving throughout the whole affected area, in which vehicles and people should have to coexist, giving priority of way to the latter. 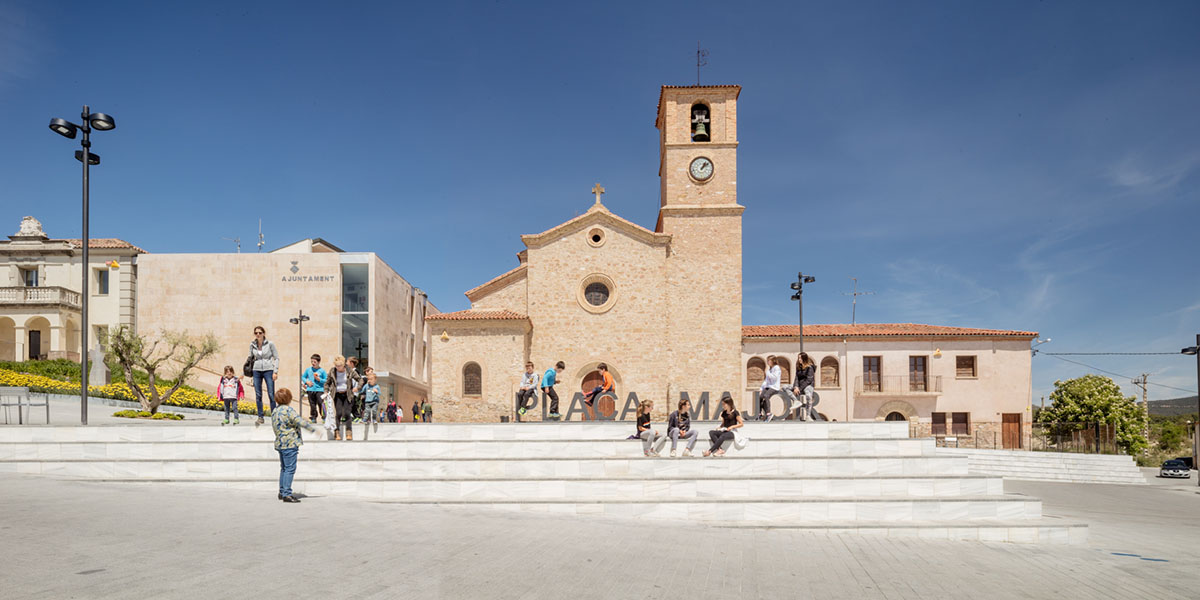 A change of paradigm. From road crossing to meeting point.

Prior to its remodeling, Ódena’s Plaza Mayor was not in fact a square but simply the center point space where the six main streets that cut across the old city center intersected and converged.

This condition, added to the strong slope, between the north and south ends, turned the place into a gibberish of road crossings that left some small, scattered and isolated spaces. Citizen use in the center of the municipality was thus very divided, greatly hampering the development of community life. 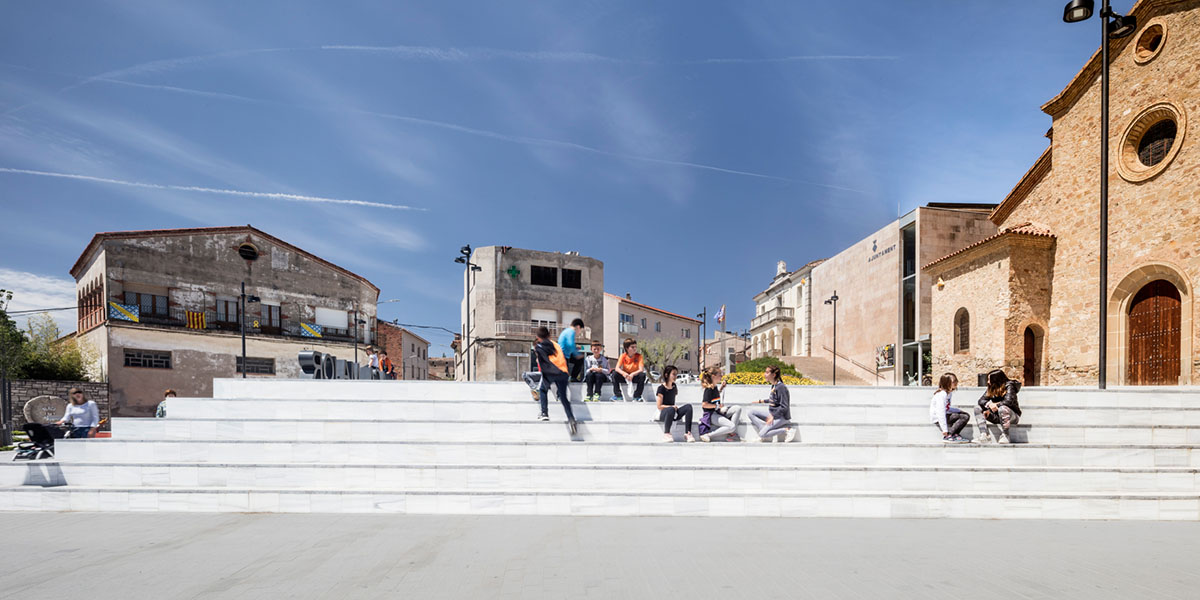 To reverse the image of a road junction where cars were the protagonists and left the remaining urban spaces to pedestrians, the project extended a uniform stone paving throughout the whole affected area. This mantle does not specialize or delimit but instead joins all the spaces of the square into one by which people can move easily, safely and priority over vehicles.

To resolve important level changes, and achieve areas with softer slopes, for use as meeting places (mainly in front of the Church and the City Hall), a common system is used that is deployed throughout the area in the form of stands or stairs.

These new places, in turn, become shared banks, playgrounds, meeting spaces and meeting points. The result is a continuous public space, well connected and essentially empty, ready to become the stage on which, a renewed urban community life is projected. Geology and identity. A legacy that remains.

The town of Òdena is located on the border between two geological formations: stoneware and marl. The encounter between them favors the presence of chalk, a material that characterizes the geology of the place. There is a quarry of this mineral in Òdena, exploited since the 19th century, and still active today. The castle and the walled enclosure of the municipality, dated in the 10th century, are located on a mound of this stone that is sourced as the predominant construction material. This mineral, with its typical grey-whitish hues, is a reference to the town and is closely linked to its landscape, its history and its social development.

The cracks made by the project to break down and unfold the uniform paving that spreads across the plaza allow the whiteness to emerge from within, symbolizing and enhancing a meaning owned by the town for generations, and that will now have its own representative memorial space at the Plaza Mayor. 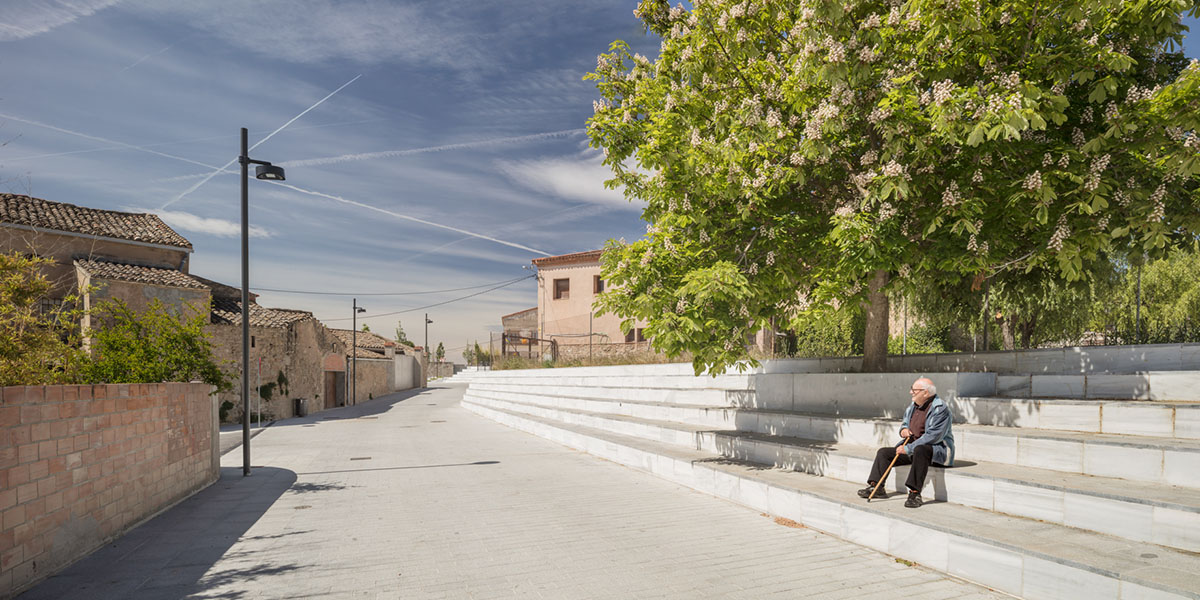 The economic situation of small towns such as Òdena does not allow them to devote many resources to the maintenance of public space, so, once they obtain a subsidy or help to carry out a project, they must ensure that the functionality sought, the quality of the materials, the proposed technical solutions and their implementation are as successful as possible, in order to ensure good use, good durability and low maintenance costs.

The commission, therefore, was not only to give a solution to the plaza as a central and symbolic element of the town, but also to develop a system of intervention in the public space (pavements, furniture, lighting, trees, facilities, commissioning, etc.) that could be spread out, in the future, to other streets in the urban core. 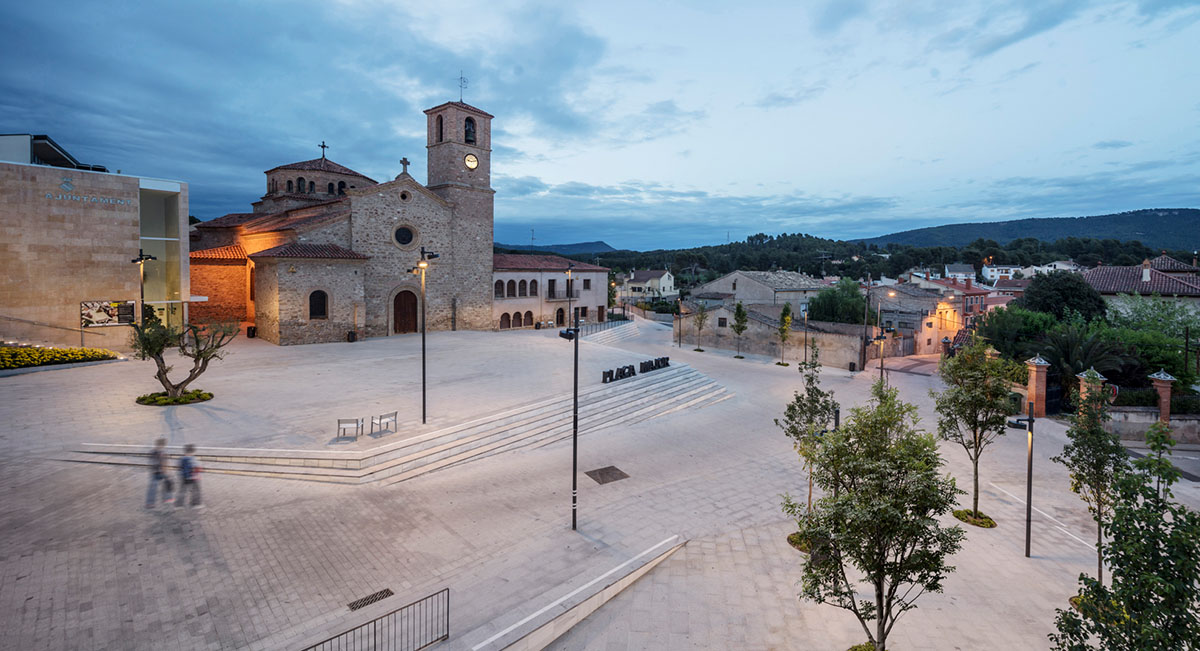 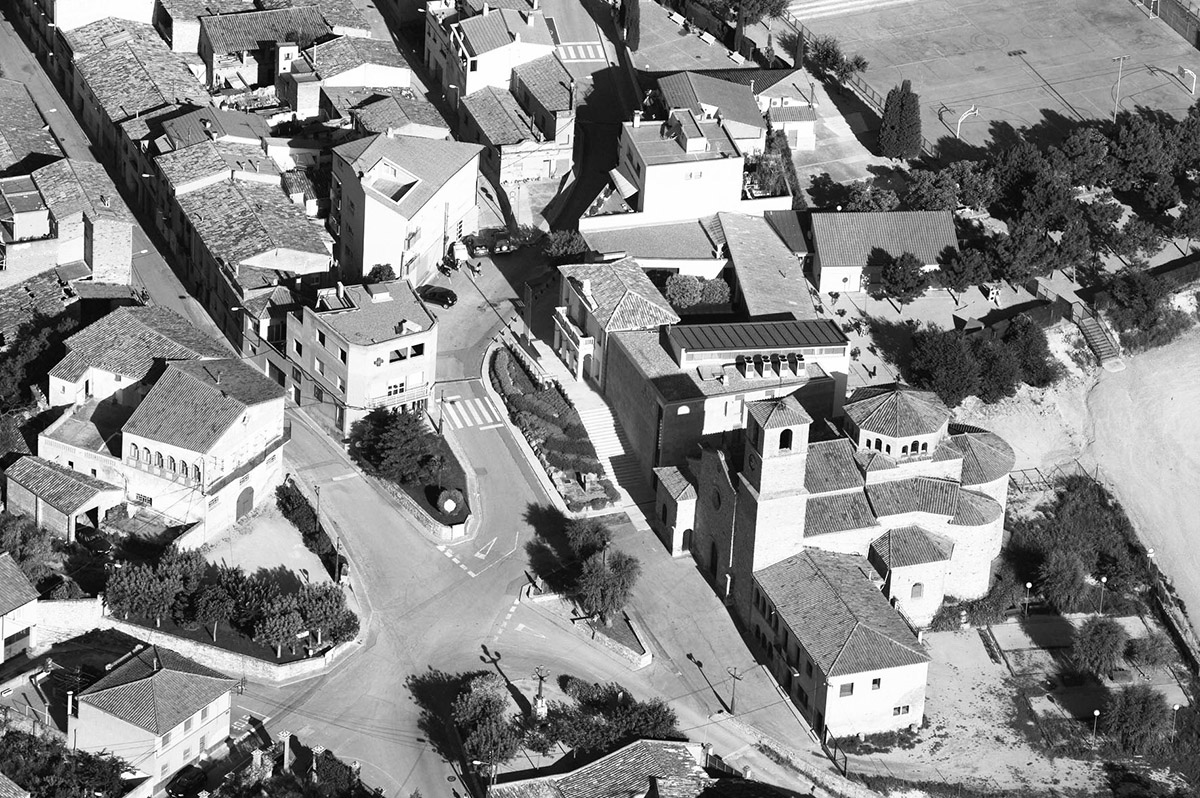 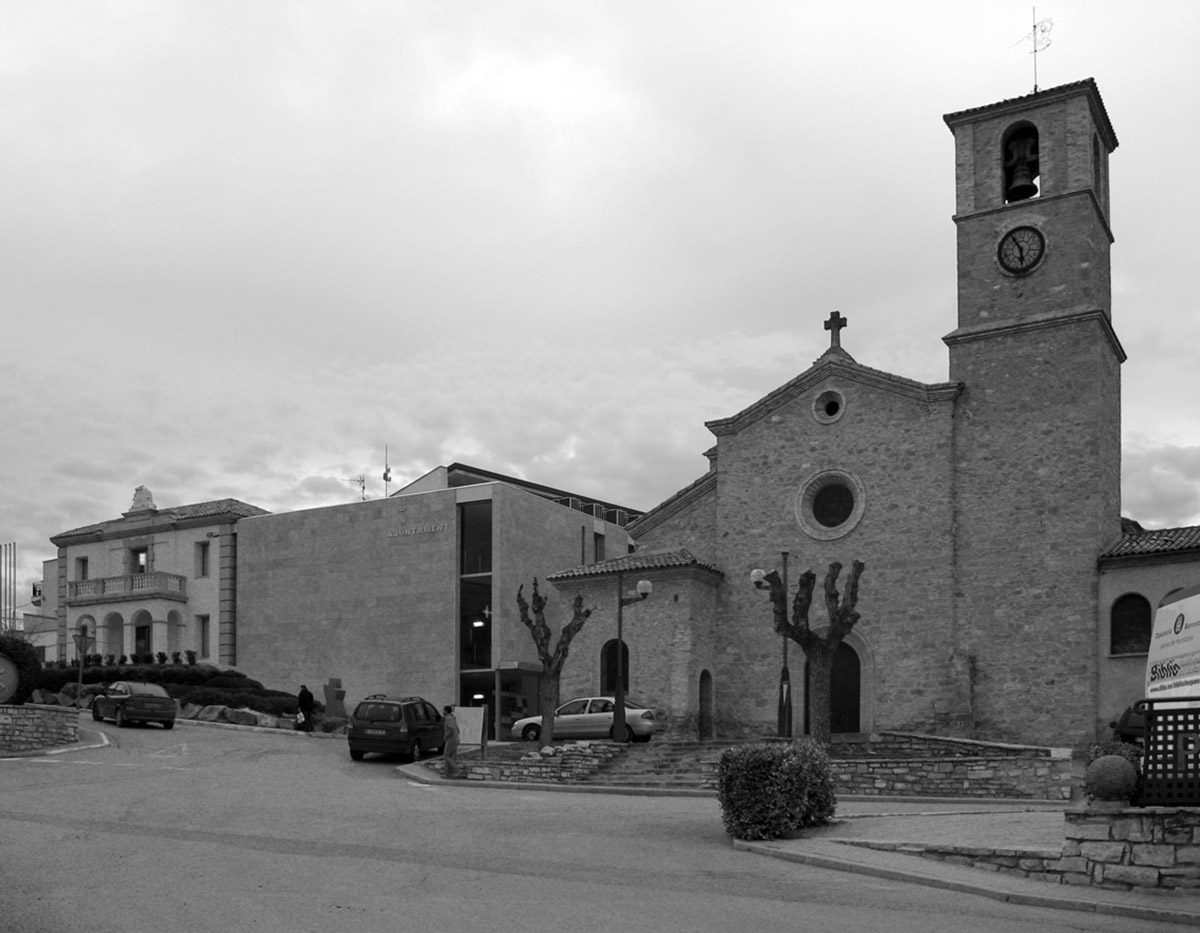 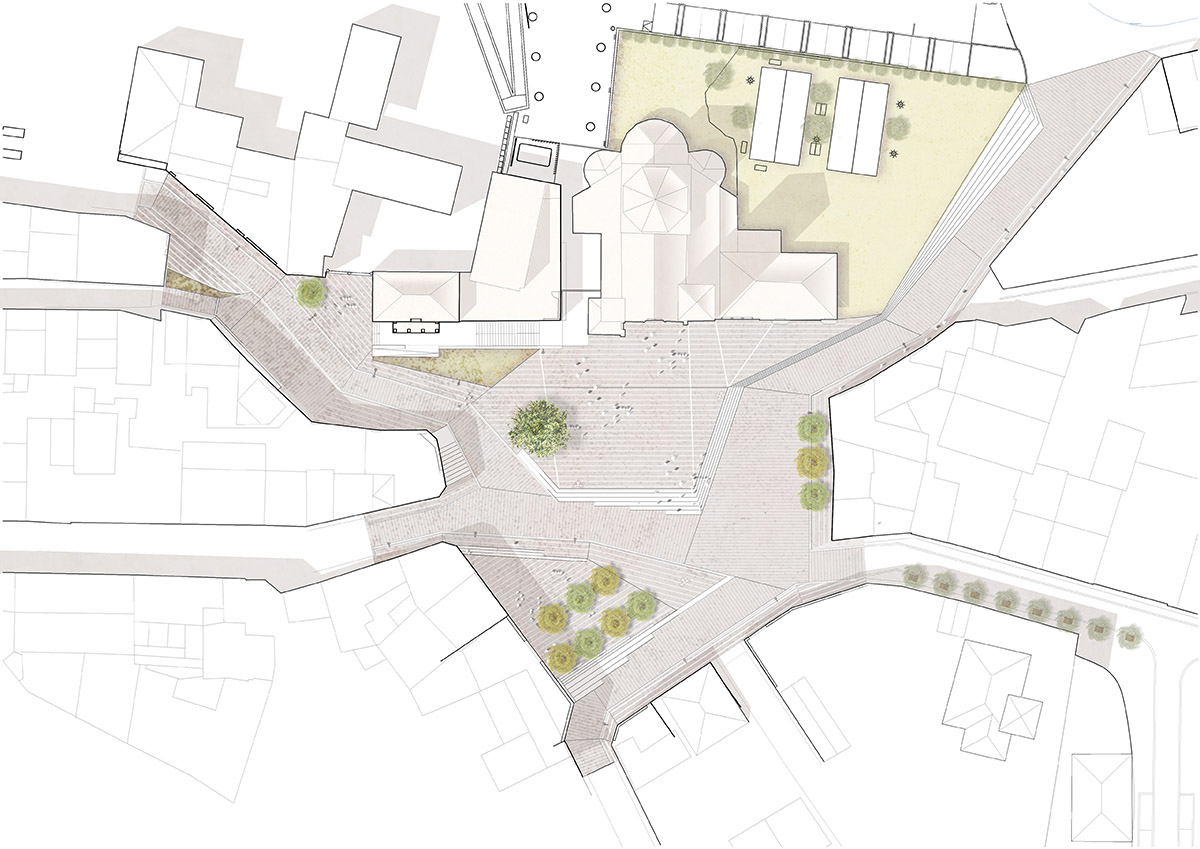 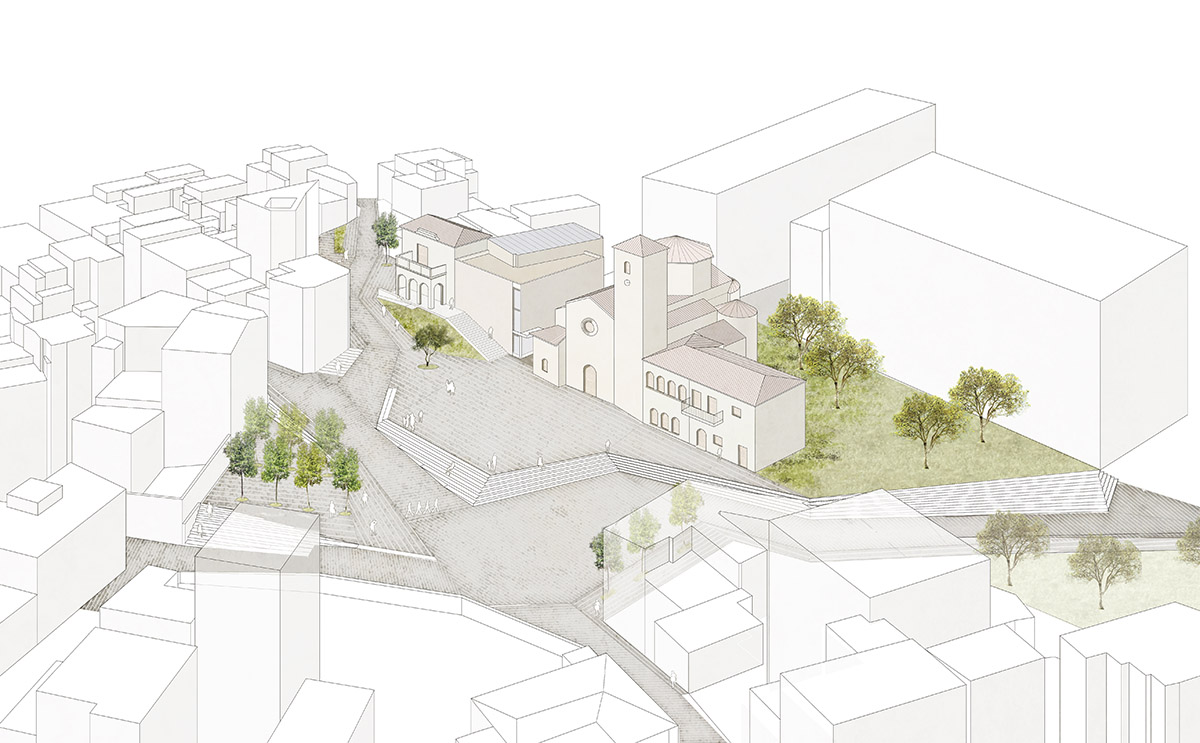