In October 2010 the Russian orthodox federation launched an international open competition in the aim to design and build in Paris the New Orthodox Religious and Cultural Center.

Right on the side of the Eiffel Tower and neighboring Jean Nouvels Quai Branly Museum, the building will host orthodox priests as well as a church linked with exhibition halls, conference rooms, offices, library etc.

All the building had to deal with the historical context and had to offer to the visitors a generous garden for religious processions.

Our proposal combines all programs in a single cantilevered monoblock building.

The golden dome required in the program is embedded in the black concrete shape which assume its contemporariness while being very respectful towards the Alma Palace facade in the background.

The « Taïga » garden takes almost the whole site and the access to the floating church above is made possible through an escalator.

Commissioners are the Russian orthodox federation 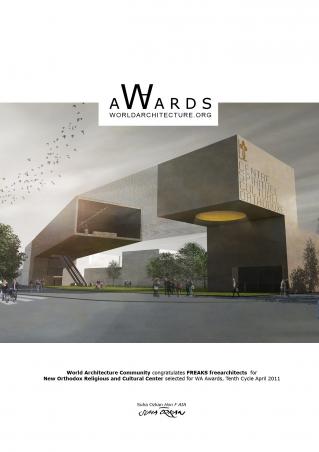 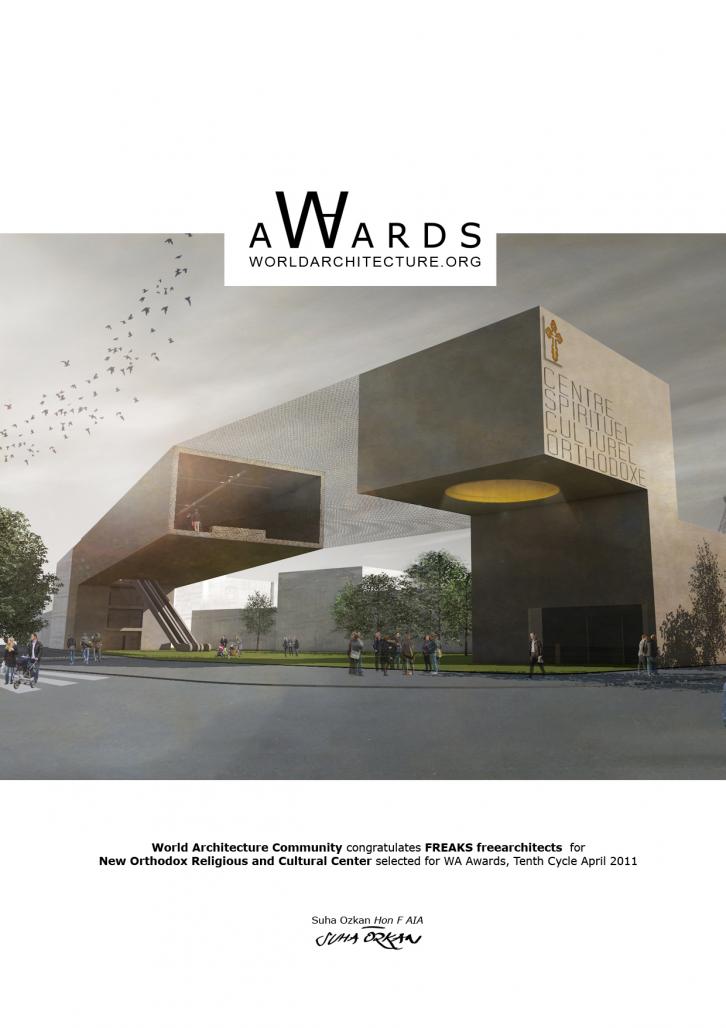