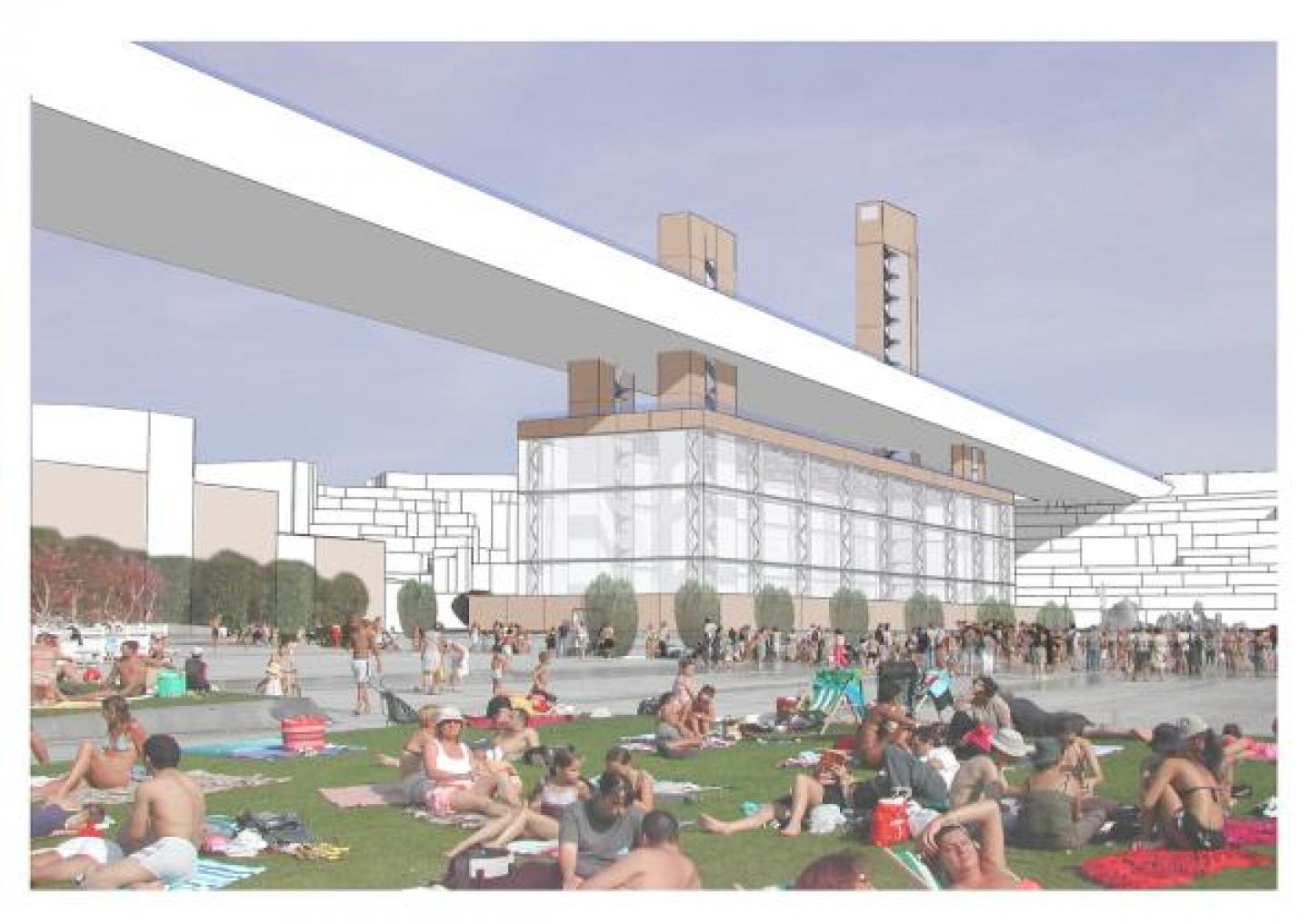 On a plateau overlooking the cliffs, Brest is not visited without reasons. Military port when Vauban’s fortifications were protecting it, the city stays proud despite the hard scars of war. During its reconstruction at the end of the twentieth century, it was representing modern style. But quickly its urbanism was disparaged and because of that Brest’s image gets tarnished. More over, the gap of the upper and lower town breaks the connection between commercial, maritime, tourism and rail areas.
How we can reconcile the city with its difficult history and its refractory site.
The project of the Cultural international Pole is located in the heart of this stake. The development of such a program in that place aims to stage the new “vitrine” of Brest with the mixity of its functions and the monumentalism of its size.
Place of exhibition and creation, the Pole is a vertical and horizontal landmark. In the desire to break loose with the geographical ground, the cantilever slab, real communication way, is incised along its five hundred meters long to preserve a view to the sky and to create an air ballad. It’s a new horizon to the city, a walk that reminds us our link with the ocean. On an over-compacted ground, Brest’s “vitrine” receives exhibitions, cultural events and shows in a box of glass. The hall of one hundred and sixty meters long and thirty meters wide, reaches twenty five meters high and the structure of porticos gives it a freedom in modularity to show the future discoveries of tomorrow.
To dare build at the Brest city’s scale, giving a new dimension to its limits, this is the first step towards harmonious communication.

Brest City`s Limits by Emmanuel Sitbon in France won the WA Award Cycle 1. Please find below the WA Award poster for this project.