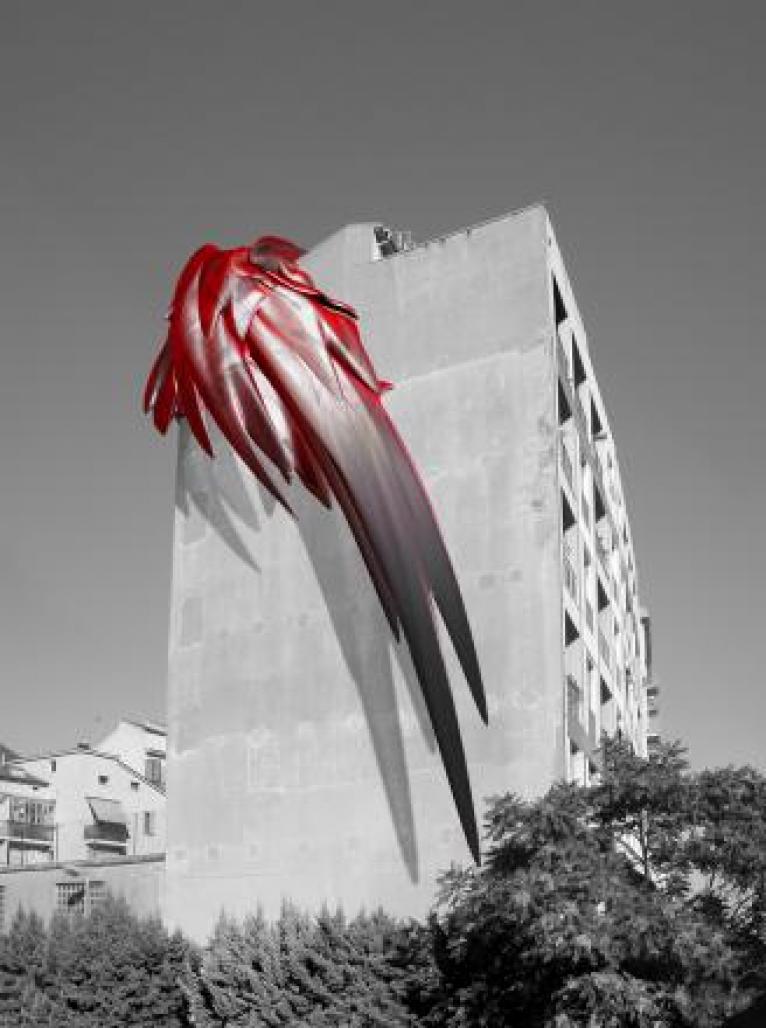 Fallin’ in love
{Project for an Apartment Building in Ancona}
Odd and funny circumstances can be found amongst the folds of the city.
With no interest for the news and generally devoid of attentions, they emerge by chance:
they are sometimes unattended superimpositions, every now and then they are fortuitous interferences, or simple unforeseen occurrences.
Some open backgrounds can be more occasionally be observed on these nearly jeopardized outlines, virgins in their way, seemingly proud as if touched by that aristocratic taste for not being liked.
The observer disapproves, that is true, but then he uses, simplifies and out-focuses until everything gets into the daily mixture of background, routine and steady images.

Hov like to intervene in these unfortunate but very sweet areas, independently – and how could it otherwise be? – from clients engaged in somewhere else.

Timeless objects suspended in my double vision.
A personal tribute to the city of Ancona.