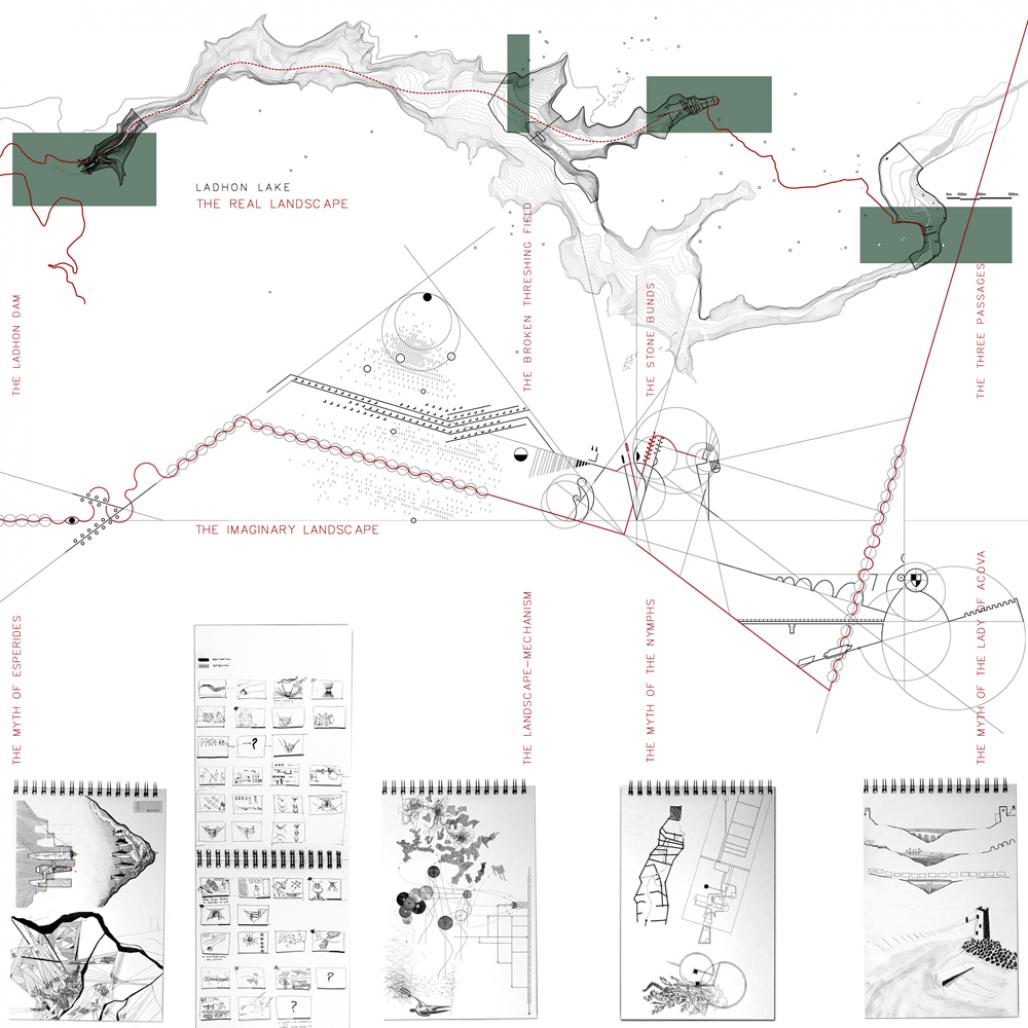 Once upon a time in Arcadia | An architectural tale

Through texts, mappings and myths I constructed a fantasy about a place, an architectural narrative that reveals the intangible and fictional, however completely pragmatic in their conventions, interpretations of the place. I contemplated upon the controversial relationship of the modern man with the idealized perception of landscape: a modern traveler is wandering across the artificial lake of Ladhon in Arcadia, in Peloponnese. Detached as he is from the landscape he enters it as a spectator and being aware of his position, he begins in his writings a parallel wandering in the landscape of his imagination. The means for this tour is the myth that he installs upon the elements of reality: the hydroelectric dam becomes the gateway to the garden of Esperides that the dragon Ladhon used to guard; a half broken threshing field becomes a mechanism that reveals the landscape as operation; the old stone bunds turn into an experience of the mythical chase of the nymphs by the gods, until Ladhon turned them into plants and saved them; and finally the three existing bridgings of the river are condensed into one compact structure reinterpreting the passage of the water in relation to the landscape. This way the traveler fantasizes and experiences a parallel reality into which he can feel a sense of belonging, but also from which he can always turn away and depart, only to admit towards the end:
“… we will only be left with this story in our minds: representations of timeless events that took place once upon a time in Arcadia. Thus, somewhere between the uncanny but compact world of fantasy and the familiar space of reality I can in my turn say: et in Arcadia ego”.