Proposal for gateway/security checkpoint to BMSU university in Tehran, Iran. The program required a vehicular entrance and exit, a security office with visibility towards both vehicular and pedestrian access, pedestrian access which is the primary access to the university campus and an integrated information kiosk. The design is developed from the implementation of minimal surface modules onto Persian geometric patterns which define flows and fields through the checkpoint. The minimal surface modules were developed to create space or direct movement depending on orientation. The Persian geometric pattern was implemented onto the site to organize movement or gathering points, as well as other micro-spaces such as benches, green areas, etc. The geometric pattern also dictates the orientation of the minimal surface modules which in turn compound the entirety of the gateway architecture. The goal was to create a public transition space or intermediary space between the public urban fabric and the private university campus, rather than a thin, linear, border which would traditionally separate these two domains.

BMSU University Gate by Mohsen Marizad in Iran won the WA Award Cycle 23. Please find below the WA Award poster for this project. 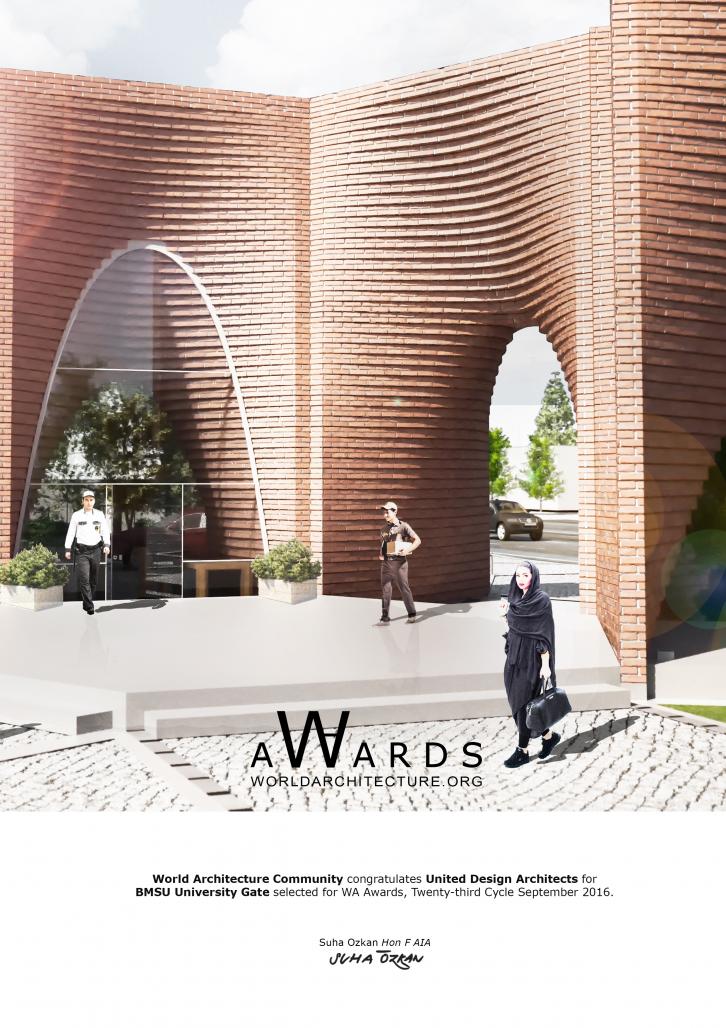