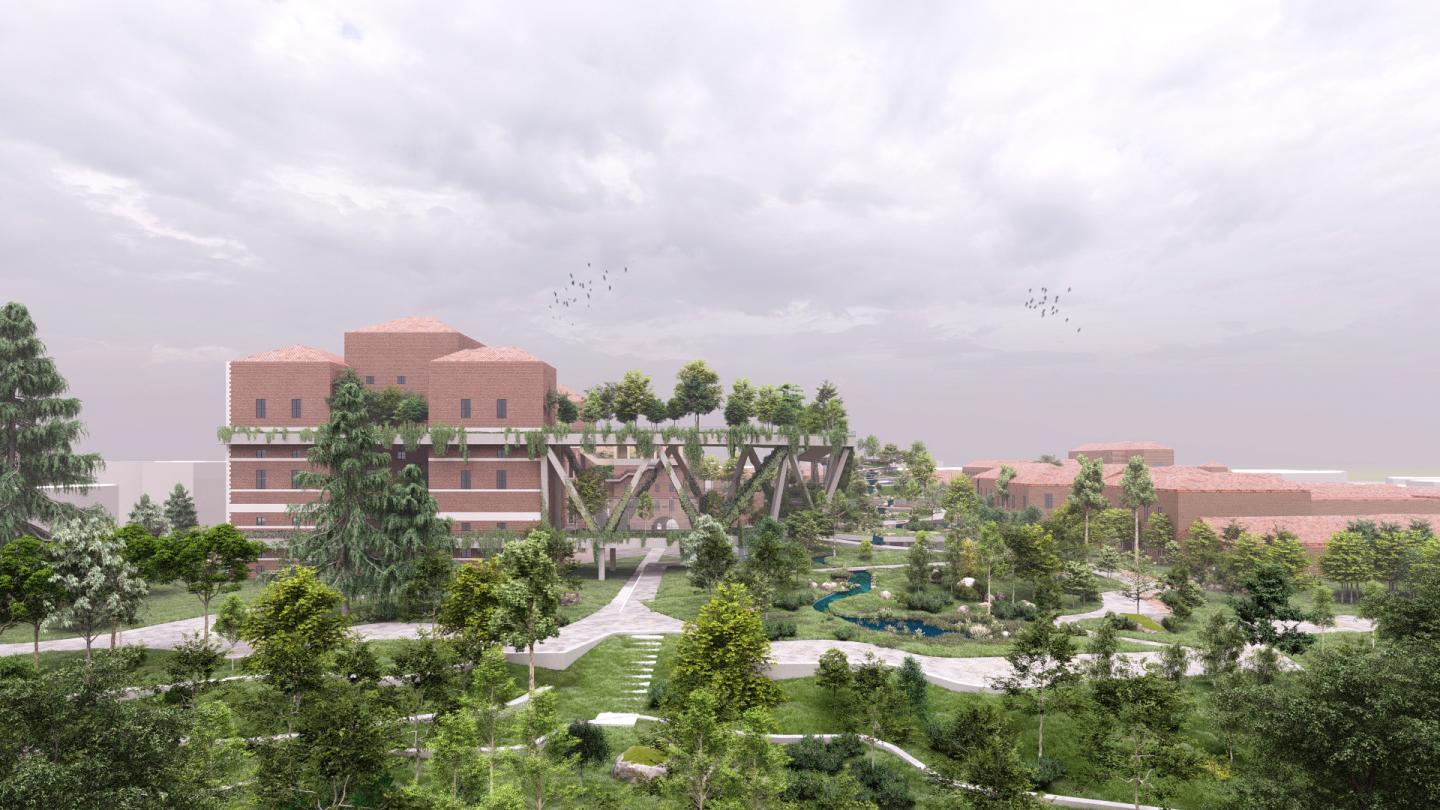 The project is the renovation of a small part of the city which includes an old palace and surrounding areas. The project design focuses mainly on the palace and how to reuse it again and make it more integrated with the city. Besides this, the project design intends to make alive the Palace's role in the city and reorganize the surrounding area. I should mention the project goal was working on exterior design and composition of the whole buildings.

Palazzo Farnese, a sixteenth-century palace designed by Giacomo Barozzi da Vignola, located at the edge of the historic center of the city of Piacenza is most famous for its unfinished building situation, which the architect could only finish almost a half of the building due to the lack of budget of the owner (Farnese family). The palace today is at the transition zone between the city and the natural environment of the peri-urban area, which inspired the aim of the project to connect the city to the natural environment of the Po riverfront as the architect (Vignola) had previsioned such a scheme in his initial plans to have garden starting from the palace going all the way to the Po river. By studying the original plans of the palace, it was obvious that the only element of the palace that is not present today is the Terraces of the upper floor which was meant to create the possibility to see the countryside and the Po river from a terrace inside the city which was quite a novelty for its own time. By putting the puzzle pieces together, it seemed like a perfect idea to Re-create the terraces in a way that has a visual and physical connection to the Po river, just like a picturesque garden starting from the river edges going all the way up to the terraces of the palace.
Also, articulating the slope are long ramps making all floors accessible to all
Users. These ramps link the gardens and terraces to all users. These ramps link the gardens and terraces together making a continuous picturesque walk up through the building.