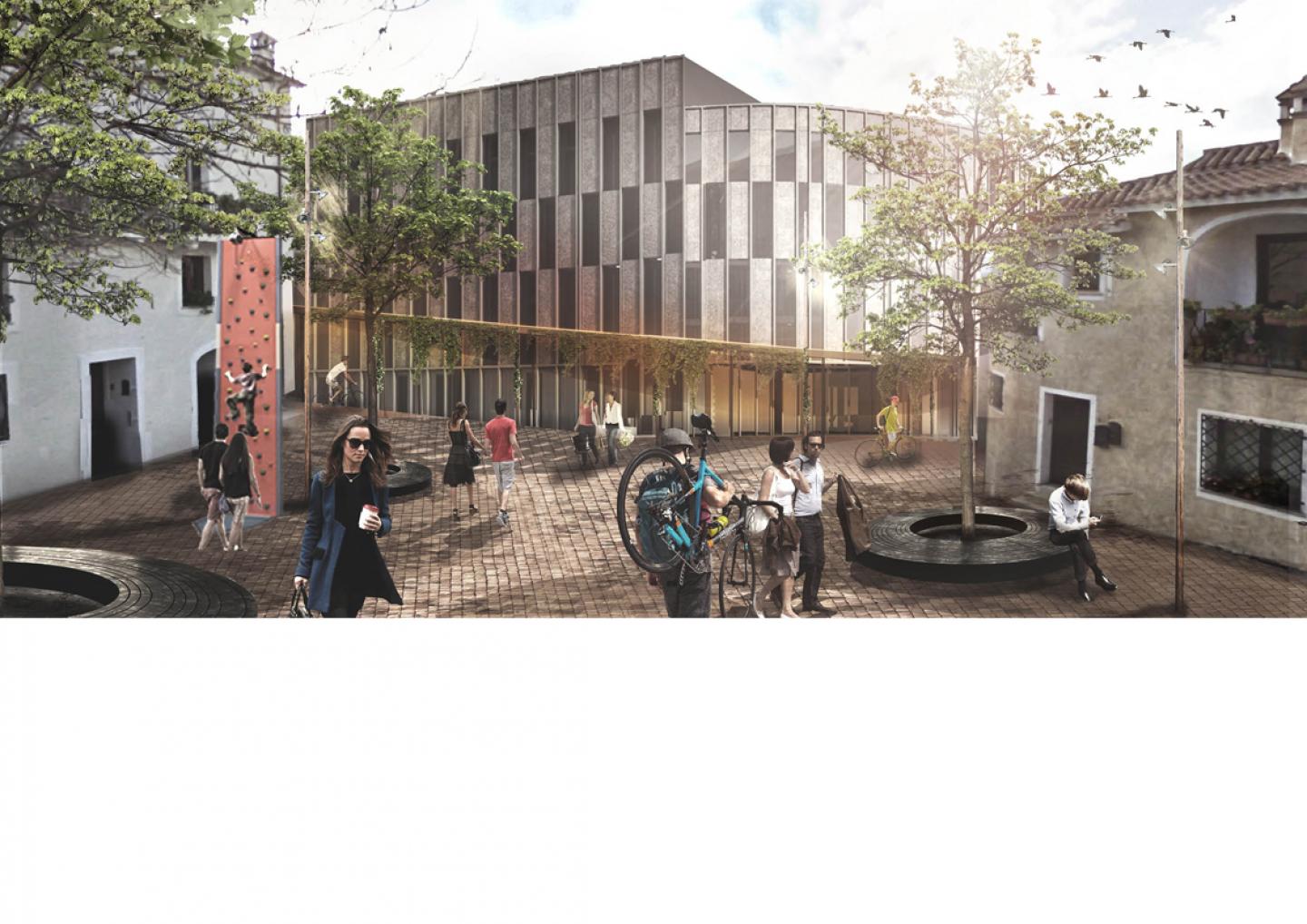 The Oliena Experience HUB has been designed to be the first extreme sports hub in the region of Sardegna and aims to completely re-define the perception of space through its program. Located in the center of Sardegna in a small village named Oliena the idea is based on an urban strategy the aims to reconnect the existing urban fragmentation within three different flows. This flows even if they have the same generative concept, they work with the existing spaces in different ways, in relation, in contrast, and in ecology. this way of using different programs with the same purpose can touch different aspects of the city life, proposing activity all year long, even in the coldest season where the city looked like more abandoned.

The idea is to create an iconic, strong, extremely contemporary image that reflects the vocation of the building and exalts the strategic intent of attracting young tourist in the city.

The HUB is structured in an analogous way to the ancient Nuragic village system with its tower settlement system that rotates around the main volume, the true nuraghes fulcrum.

This central volume is placed between the parking lot and the public square and over the two abandoned building. This is now working as a box inside a box where the outbox in contemporary and strong while in the inside of the two original building are maintained and new functions are giving them a new life. The different volumes of the hub have been aggregated in such a way as to complete the alignment of the original urban morphology of the center of Oliena. Through the analogy of Nuraghe, in fact, it was possible to export the concept of the village within the project.

As in the Nuraghe village system, the tower meant to defend and define the space, in the same way in our project, the perimeter volumes are the new access to the hub and the whole space is covered by a canopy that defines the public space of the Hub. in this new "towers" are now located functions such as the ticket offices, infirmary, info point, shops and others, this concept to have different programs in different volumes allowed us to play with the importance of a new type of public space, defined and in relation with the image of the whole project within the canopy inside the Hub but, outside is in contrast with the city, yet is free, flexible and highly permeable and in a strong relation with the historical symbology.

Using extreme sport as catalyst the Extreme sports hub will completely change the way to percept space, defining a new speed and a new concept of regeneration of an old village.

The Oliena Experience by Andrea Bulloni in Italy won the WA Award Cycle 26. Please find below the WA Award poster for this project.