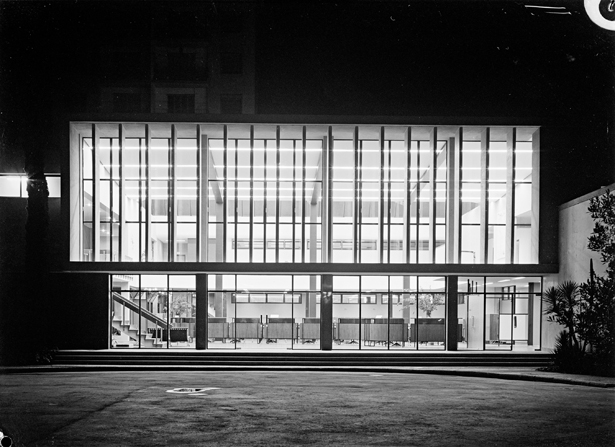 Grup R was formed in Barcelona in 1951. According to their statutes, the aim of the group was ‘the study and diffusion of the problems of contemporary art, especially architecture’. Under the letter R, for cultural and architectural Renovation and Recuperation, the members of the group belonged to two generations of architects: those who studied prior to the Civil War and those who studied afterwards. Two generations marked by GATCPAC as their main reference, by concepts inherited from the magazine AC, and by the sophisticated ideas championed by the magazine D’ací d’allà. They were also united by a common interest in promoting international modernist architecture and its subsequent critique, in response to the poor architectural landscape of the earlier years of the Franco regime.

The exhibition retraces the ideas and works of this group of architects whose actions contributed to the consolidation of a vernacular form of modern aesthetics under the Franco regime. Their constructions, prime examples to this day of the modern architectural heritage, and above all the exhibitions and debates they organised, nourished and internationalised Catalan culture at a politically dark, yet creatively dynamic moment. Curated by Fernando Marzá, the exhibition wishes to bring to the fore an episode that is central to the understanding of the tensions between modernity and the avant-garde in our country from mid-twentieth century to the present.

During their trajectory, Grup R collaborated with the graphic artists Ricard Giralt Miracle and Joan Josep Tharrats, and the photographer Francesc Català-Roca.