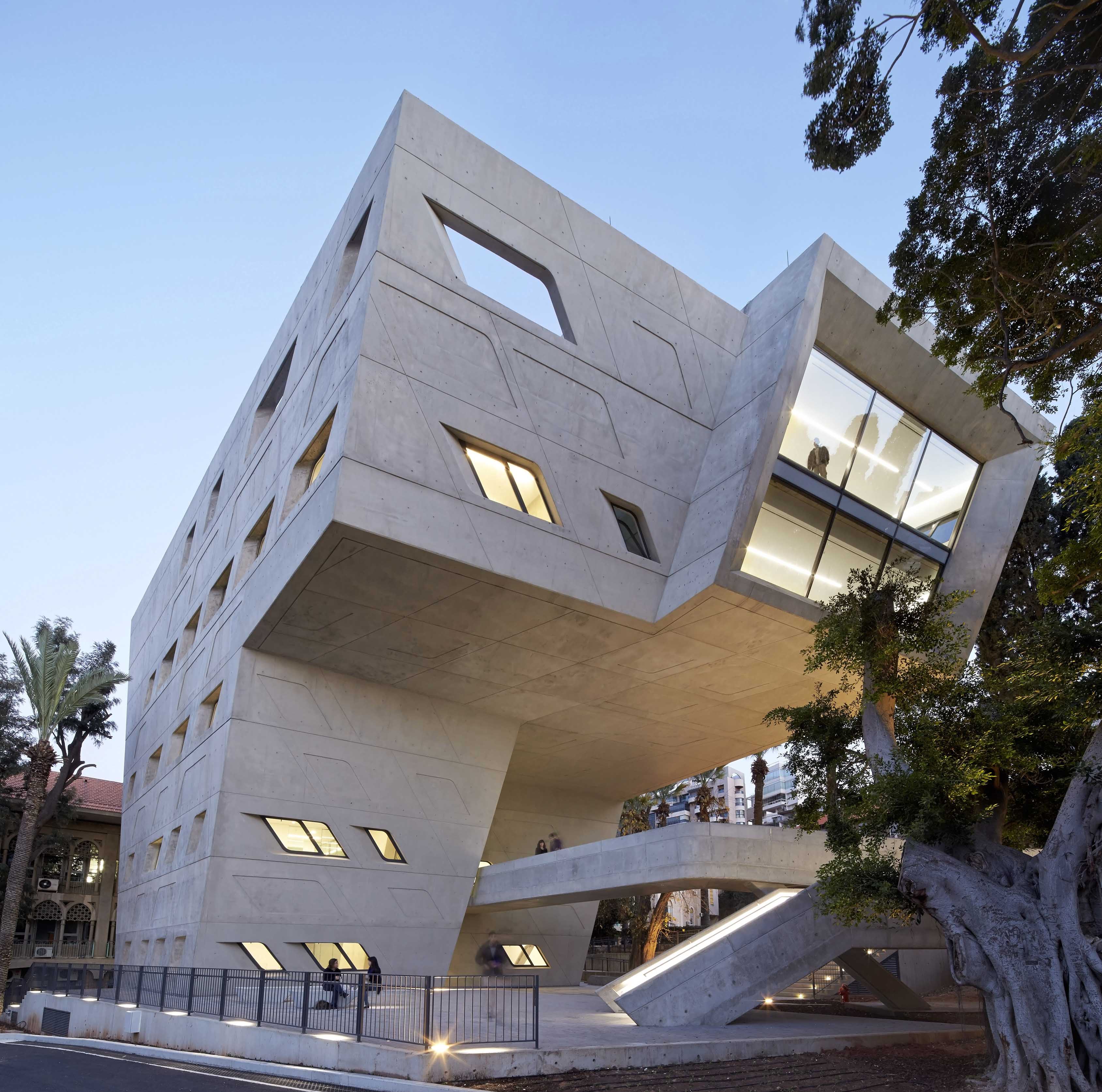 The Issam Fares Institute for Public Policy and International Affairs (IFI) building by Zaha Hadid Architects (ZHA) at the American University of Beirut (AUB) continues the on-going implementation of the 2002 AUB Campus Master Plan by Sasaki Associates (in collaboration with Machado and Silvetti, MGT of America, and Dar Al-Handasa, Shair and Partners) to advance the university’s academic mission in the 21st Century with facilities of the highest international standards. 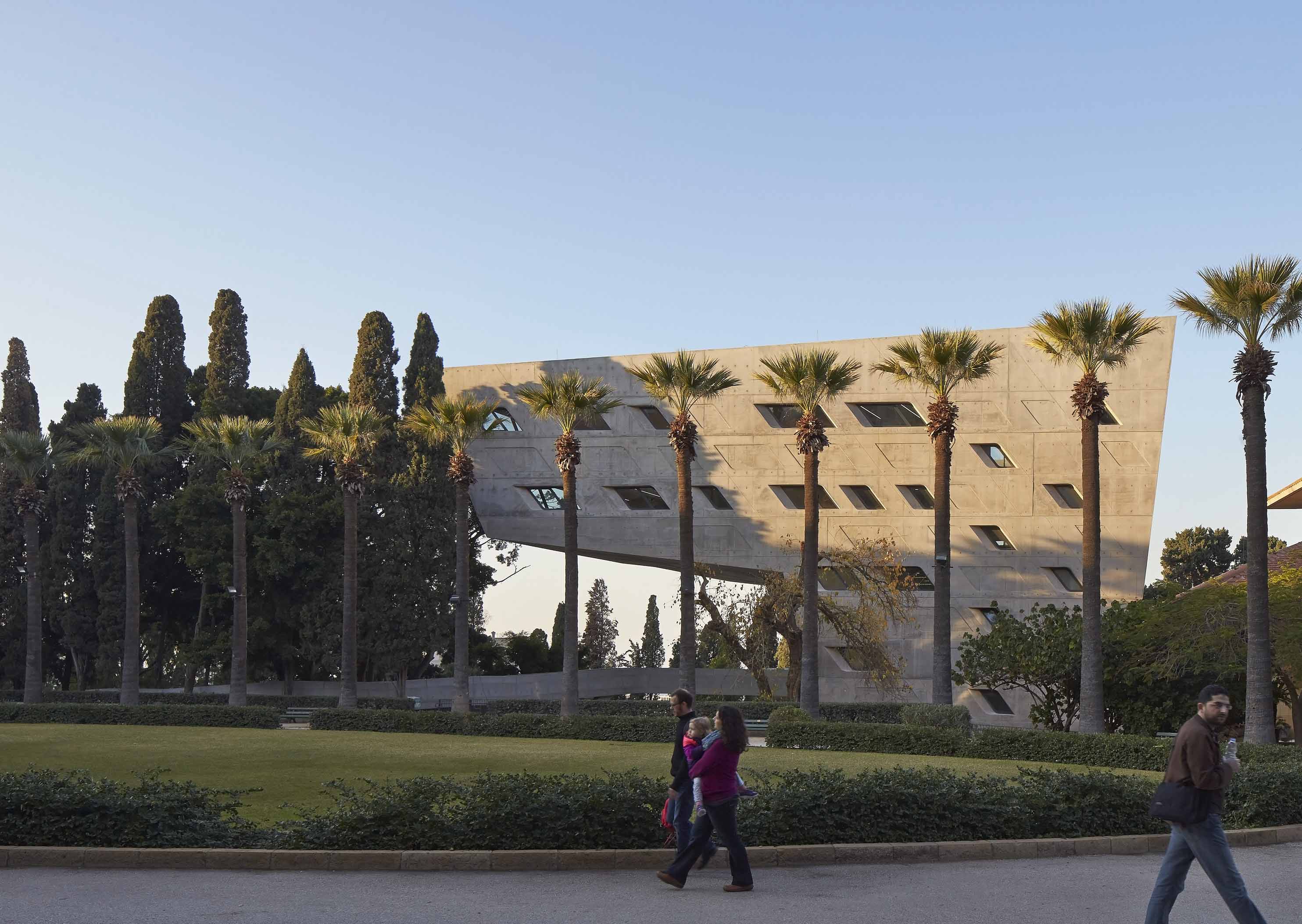 The IFI was established as a neutral, dynamic, civil, and open space where people representing all viewpoints in society can gather and discuss significant issues, anchored in a long-standing commitment to mutual understanding and high quality research. The institute aims to harness, develop and initiate research of the Arab world to enhance and broaden debate on public policy and international relations. It currently works on several programs addressing the region’s issues including the refugee crisis, climate change, food security, and water scarcity, youth, social justice and development, urbanism, and the UN in the Arab world. 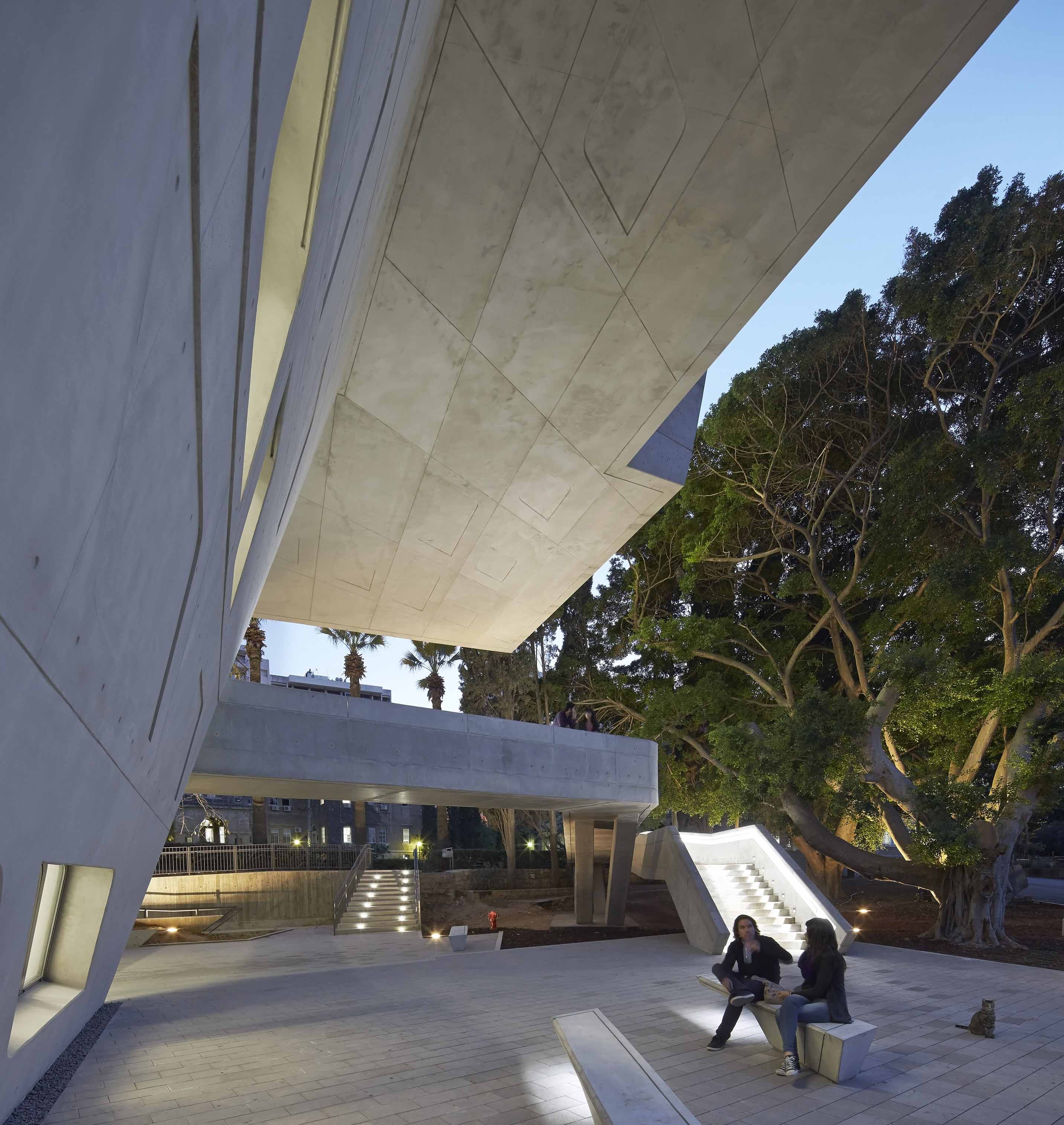 Relocating the infirmary closer to the new university hospital presented AUB with the opportunity to build the institute on the constrained site with a 7 metre drop in elevation between its south and north boundaries. The existing AUB campus combines buildings constructed in concrete throughout the 20th Century in a variety of revivalist and modernist styles with different cladding and rendering treatments. 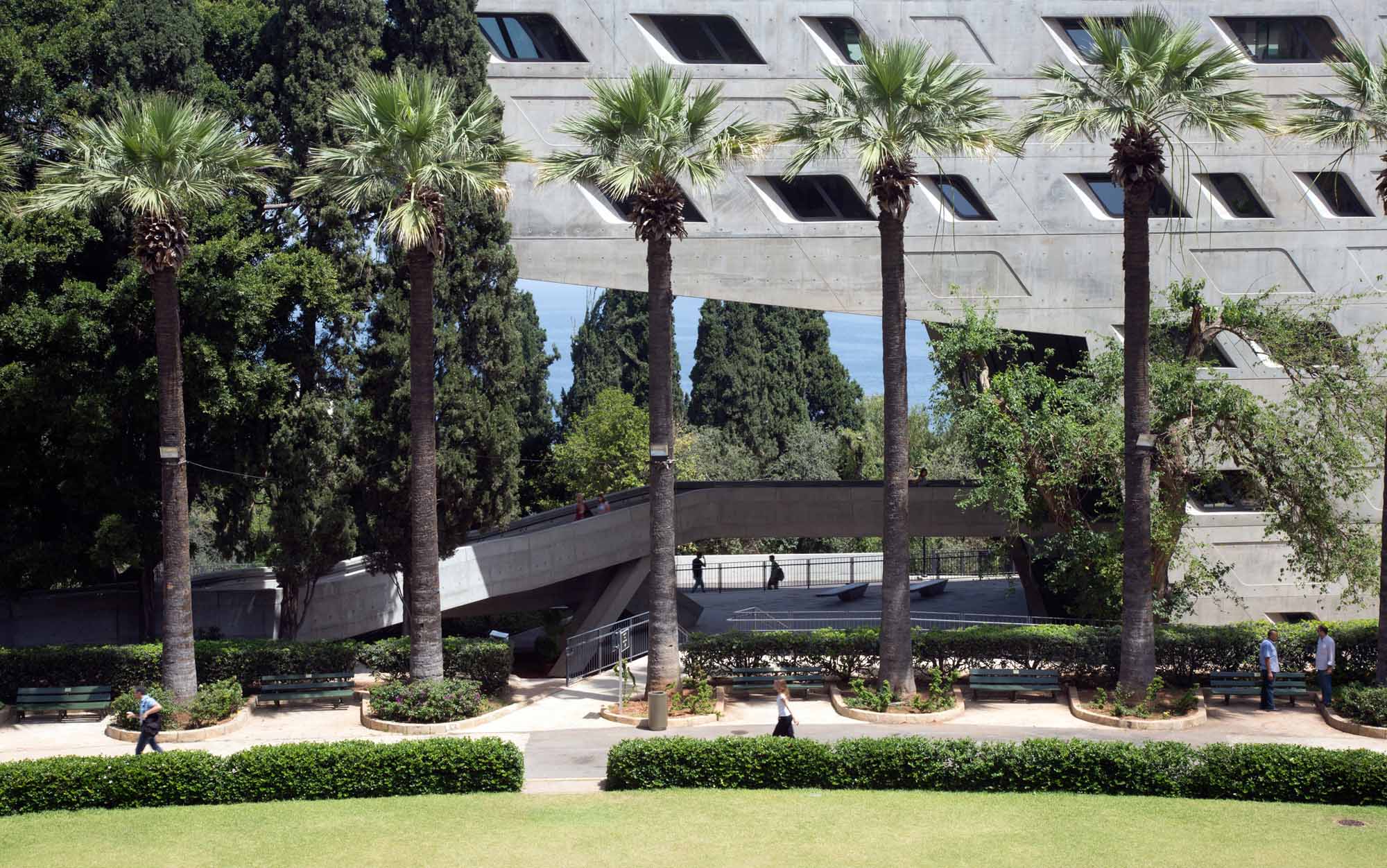 In 2006, the competition jury selected ZHA’s proposal to build the new institute. The design significantly reduces the building’s footprint by ‘floating’ much of the IFI’s facilities above the entrance courtyard to preserve the existing landscape integral to the 2002 master-plan, create a new public space for the campus, and establish links from the university’s Central Oval to the Middle Campus and Mediterranean Sea to the north. 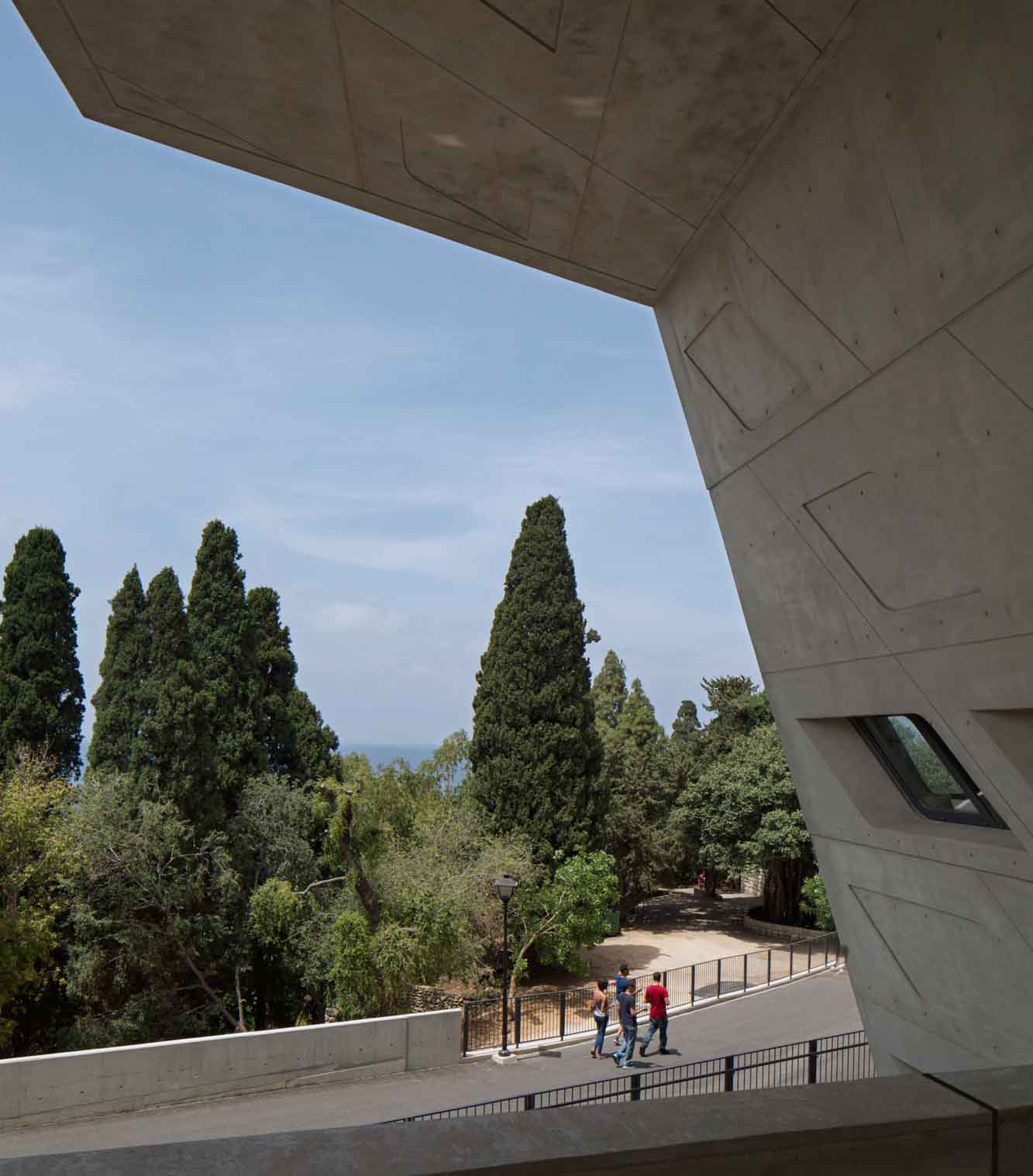 The 3,000 sq. m. Issam Fares Institute building is defined by the many routes and connections within AUB; interweaving the pathways and views within the campus to create a forum for the exchange of ideas - a centre of interaction and dialogue - at the heart of the university. 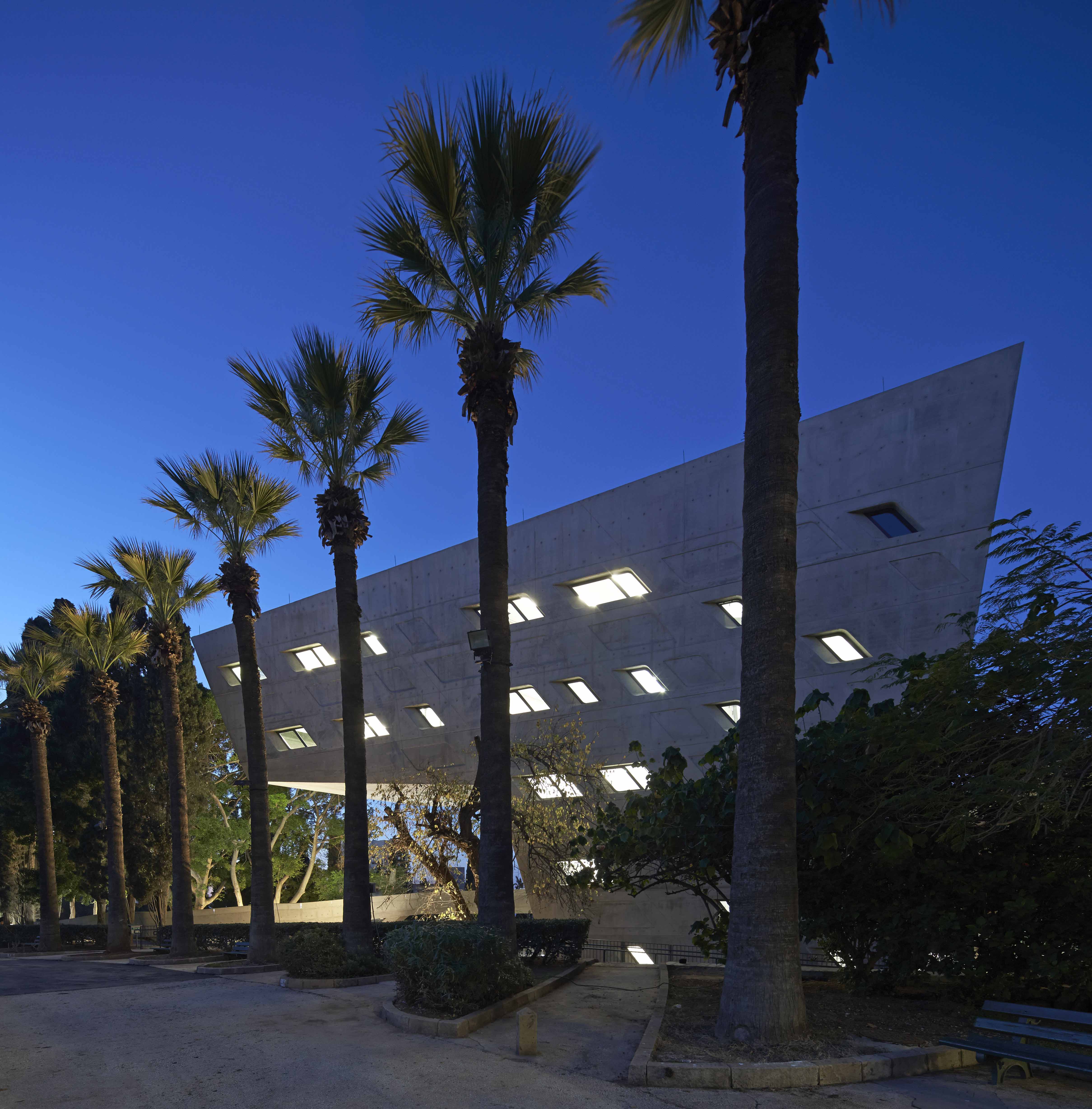 The IFI design introduces new links between the Central Oval with the forested area of the Middle Campus and sea beyond. Existing Ficus and Cypress trees on the IFI site (aged between 120 and 180 years old) are integral to the design. The building emerges from the geometries of intersecting routes as a series of interlocking platforms and spaces for research, engagement and discourse. 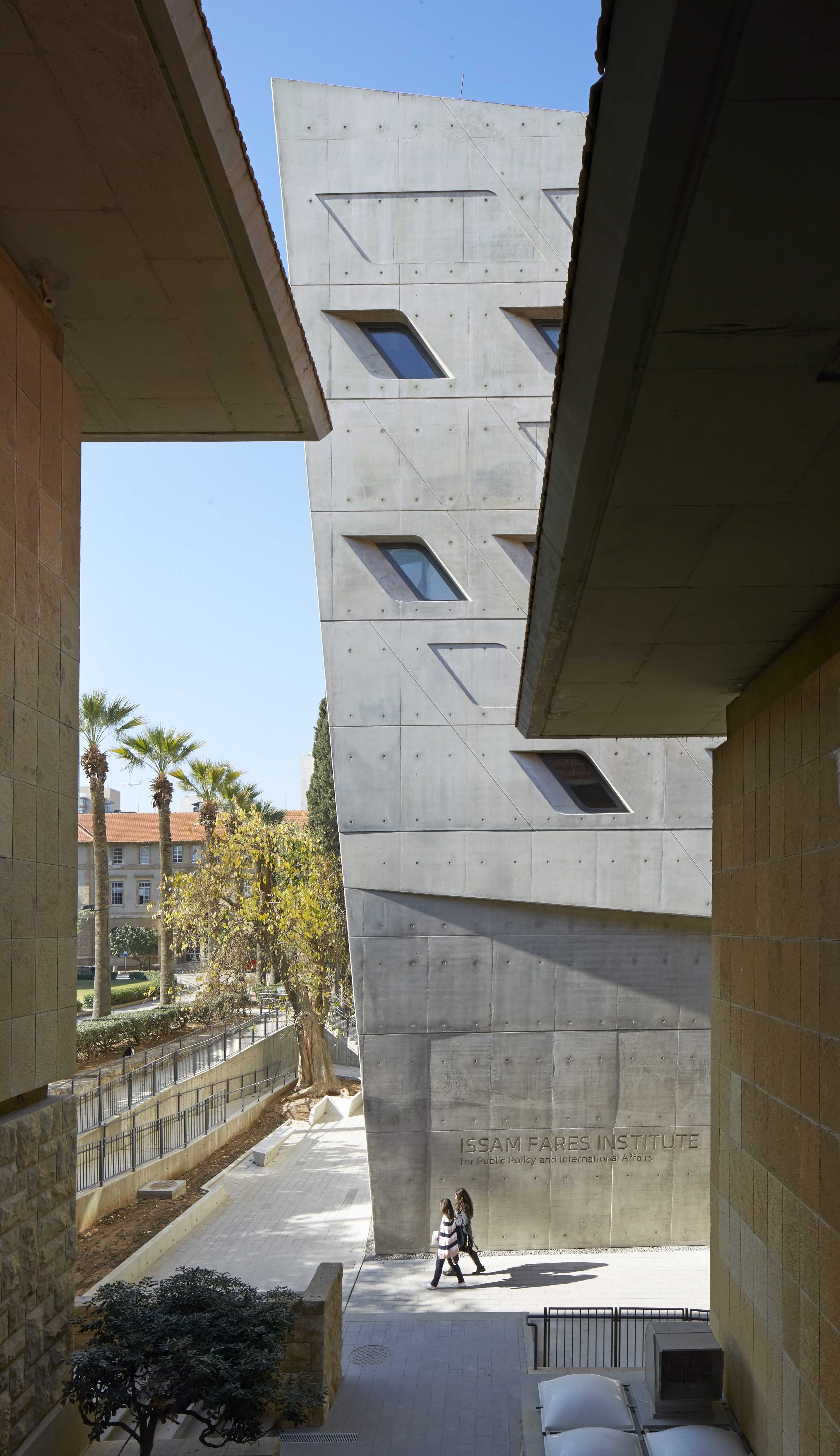 The institute invites the community inside via the many connections and paths that converge at its double-height entrance courtyard. This new civic space for the university is a covered outdoor terrace and extension of the shaded area beneath the existing trees - a place for chance meetings and informal discussion - located at the nexus of pathways that traverse the site. 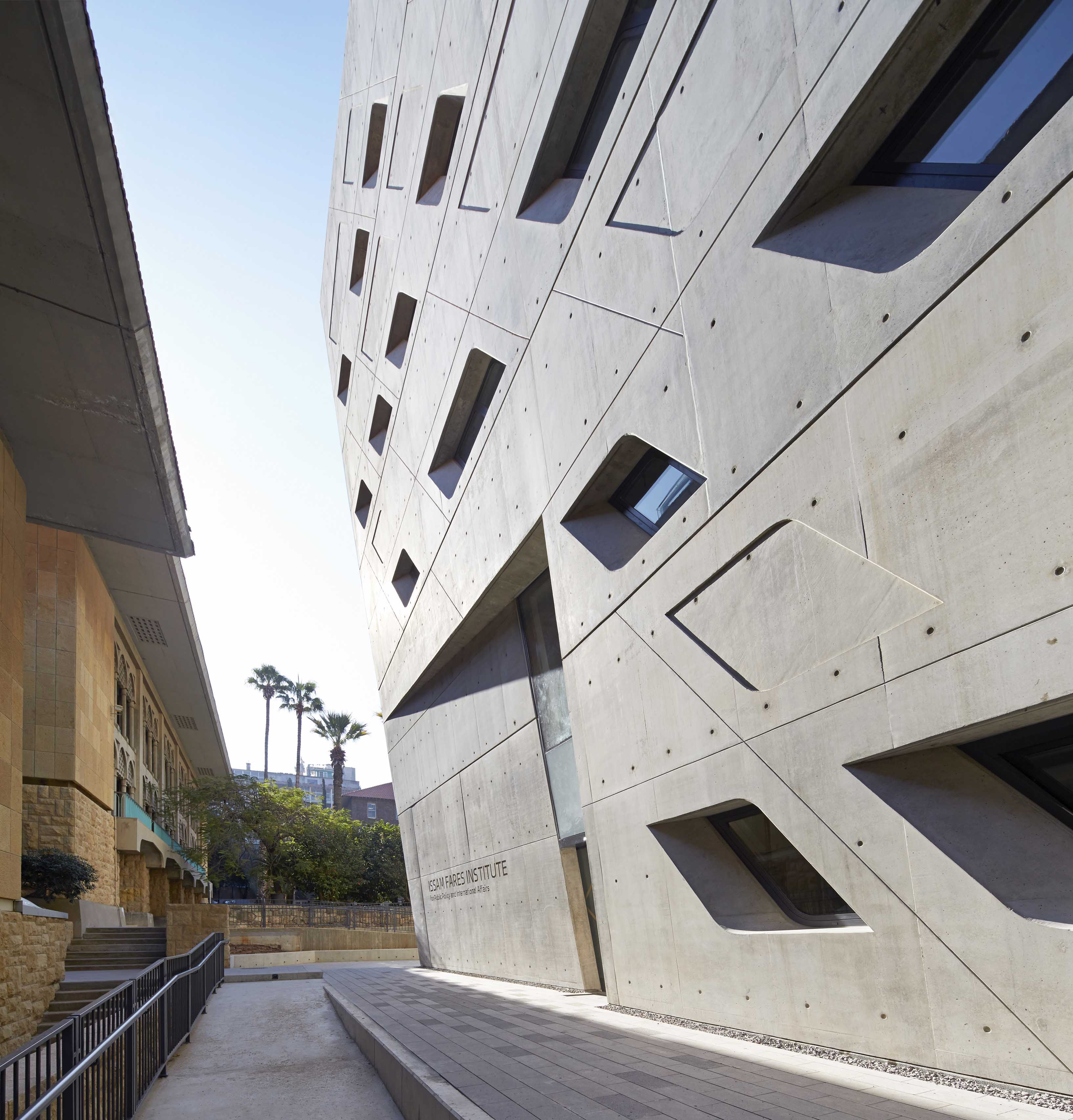 A ramp leads between the trees to connect the research lounges on the second floor directly with the campus, while the first floor seminar room and offices are accessed at grade from the east and public courtyard to the west. These routes meet within the IFI to describe the atrium hall; establishing the institute as a crossroads - a central hub for students, faculty, researchers and visitors. 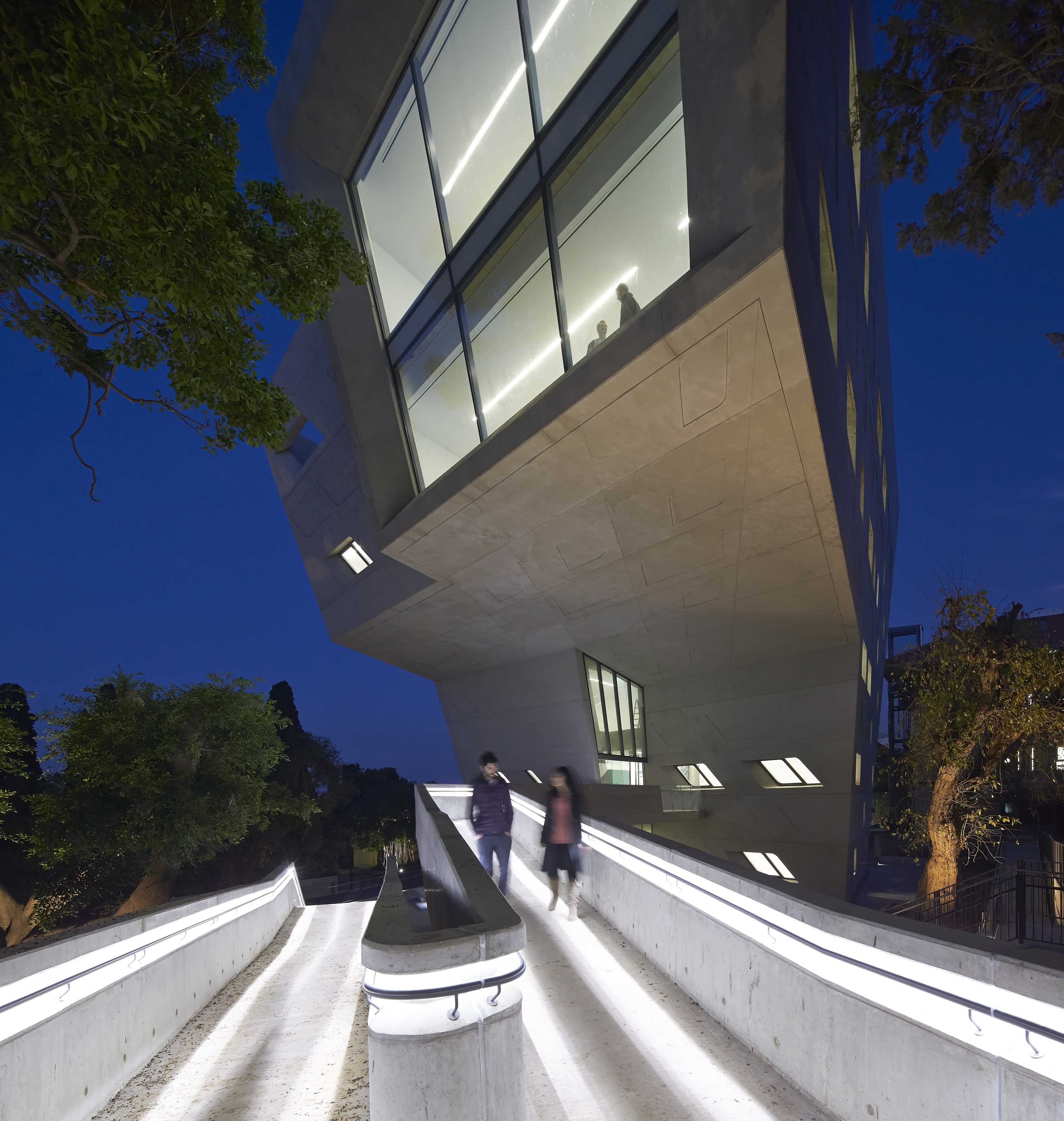 The IFI’s reading room, conference workshops and research rooms ‘float’ above the exterior courtyard. The 100-seat auditorium is on the lowest level with its own entrance to the north, enabling the institute to host larger conferences and presentations without disrupting students, fellows and researchers working throughout the building. Internal partitions are in ink-pigmented glass to enable communication and interaction. 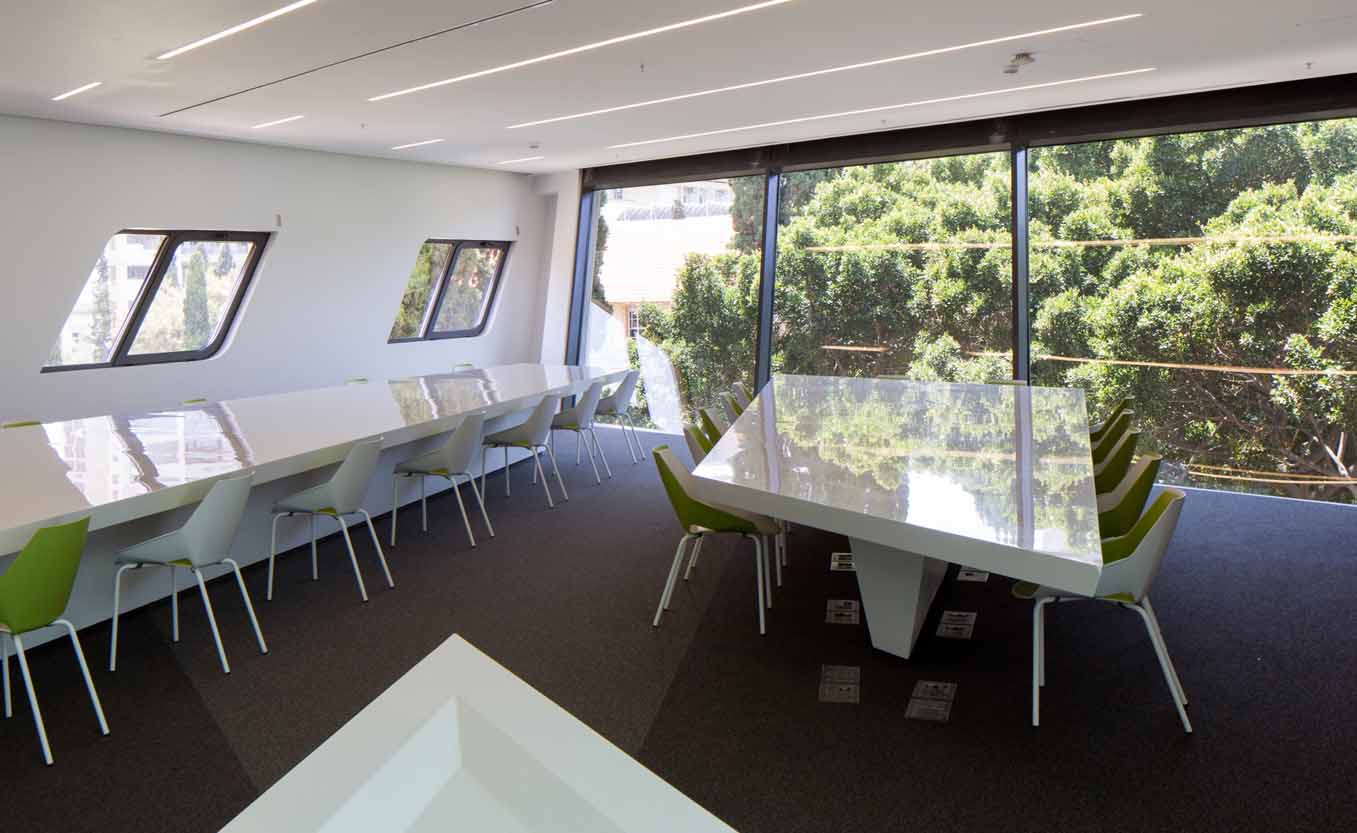 The IFI’s design builds upon the institute’s mission as a catalyst and connector between AUB, researchers and the global community. Routes, views and links within the campus converge to define the IFI as a three-dimensional intersection; a space for university’s students, fellows and visitors to meet, connect and engage with each other and the wider world. 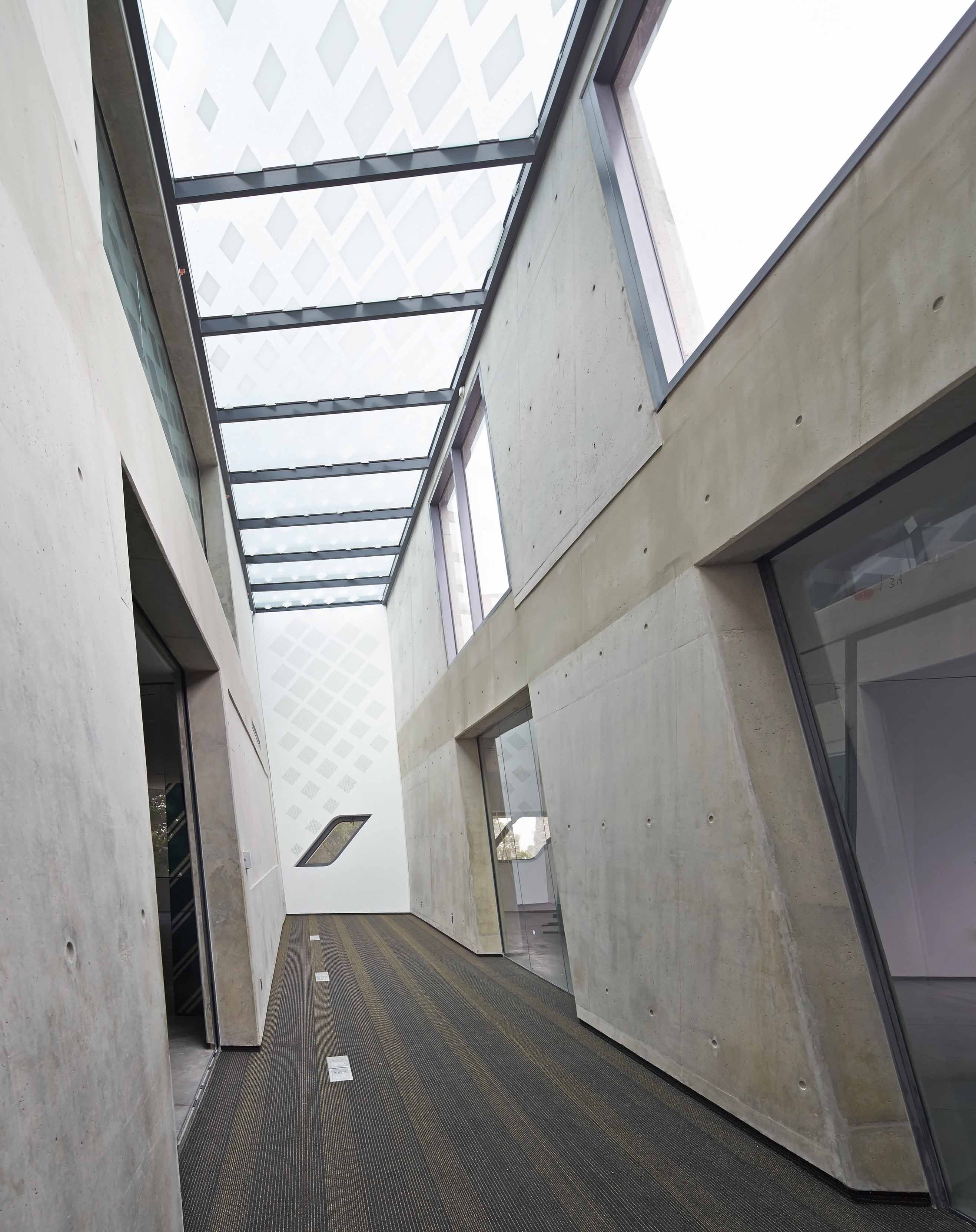 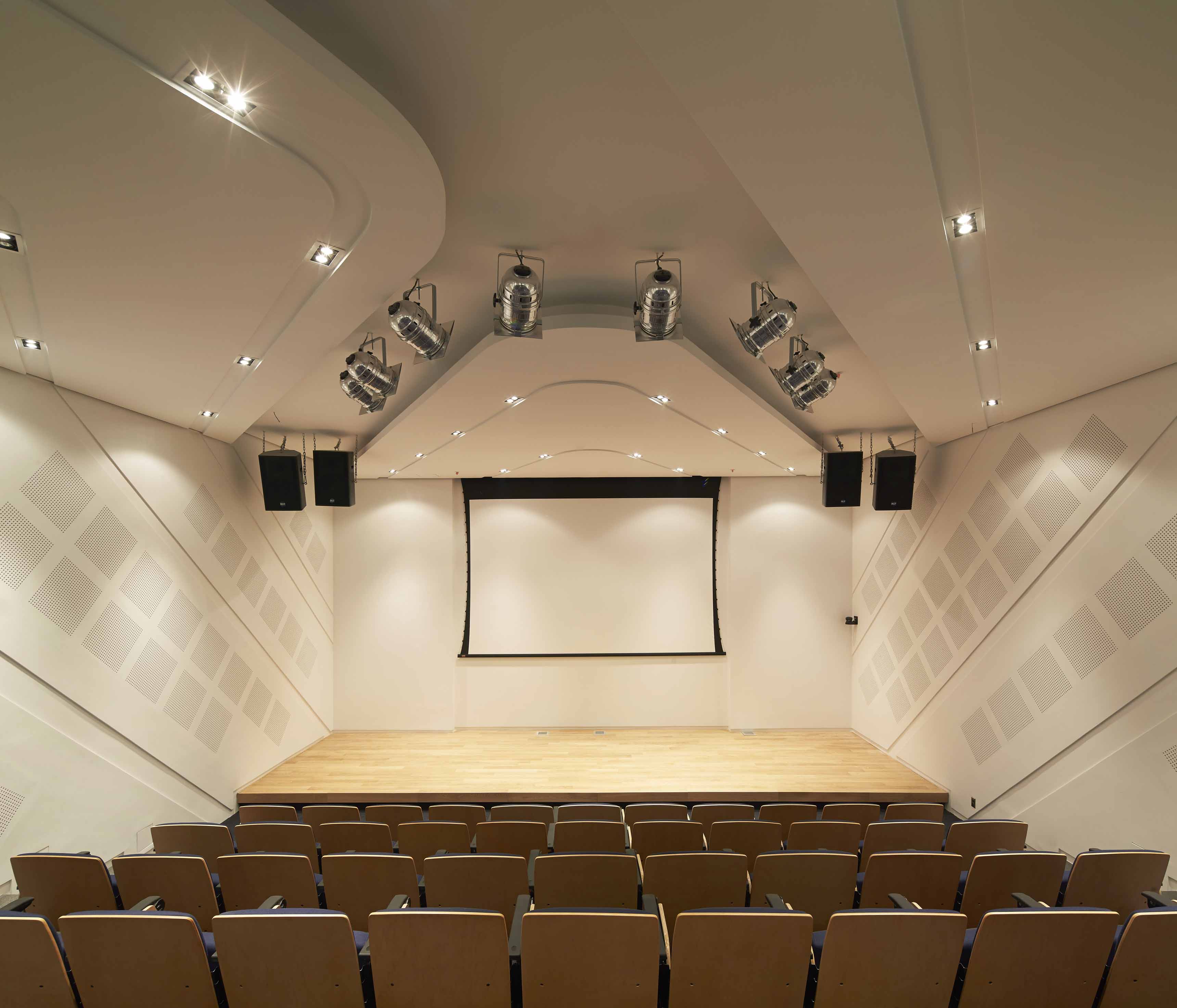 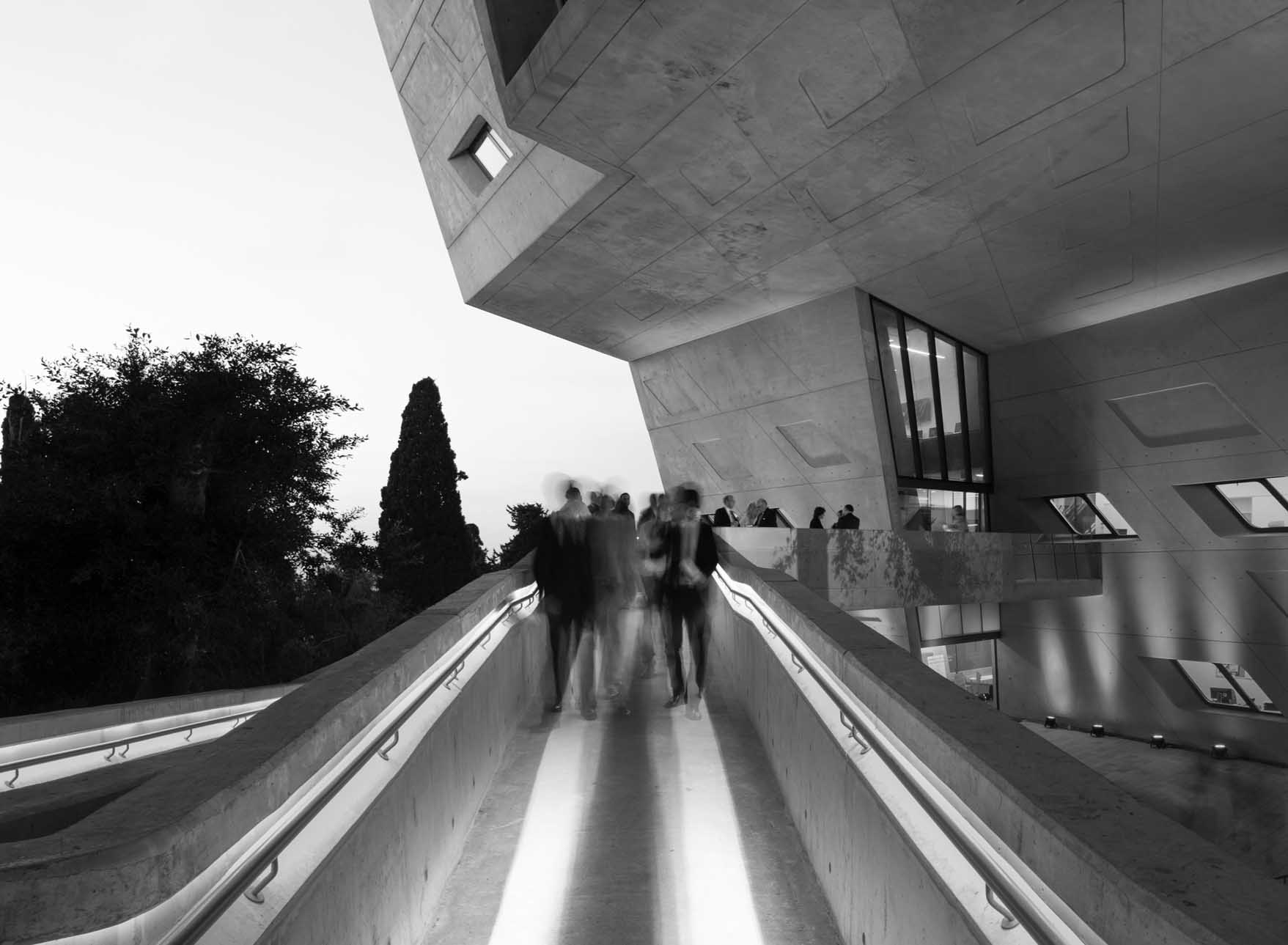 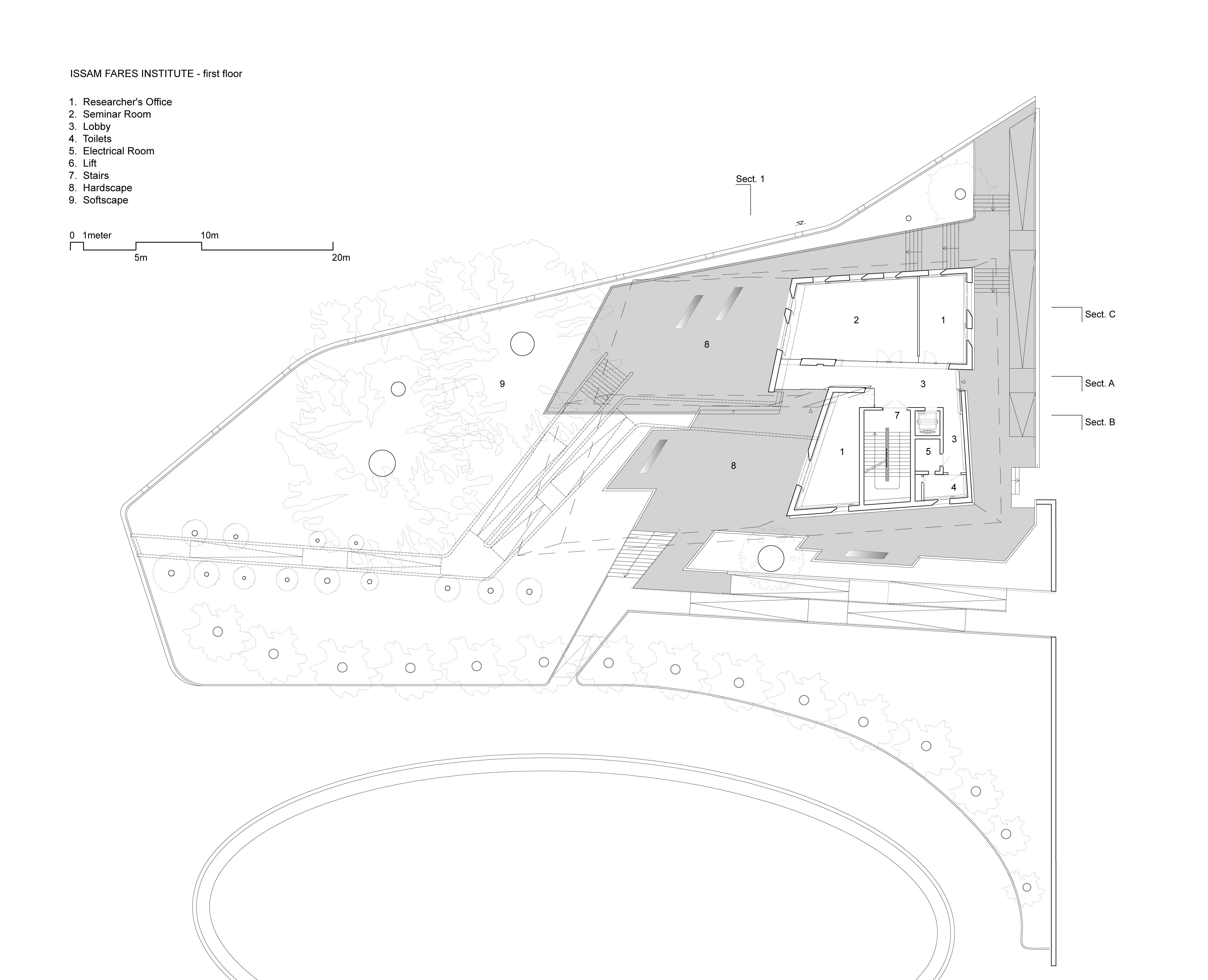 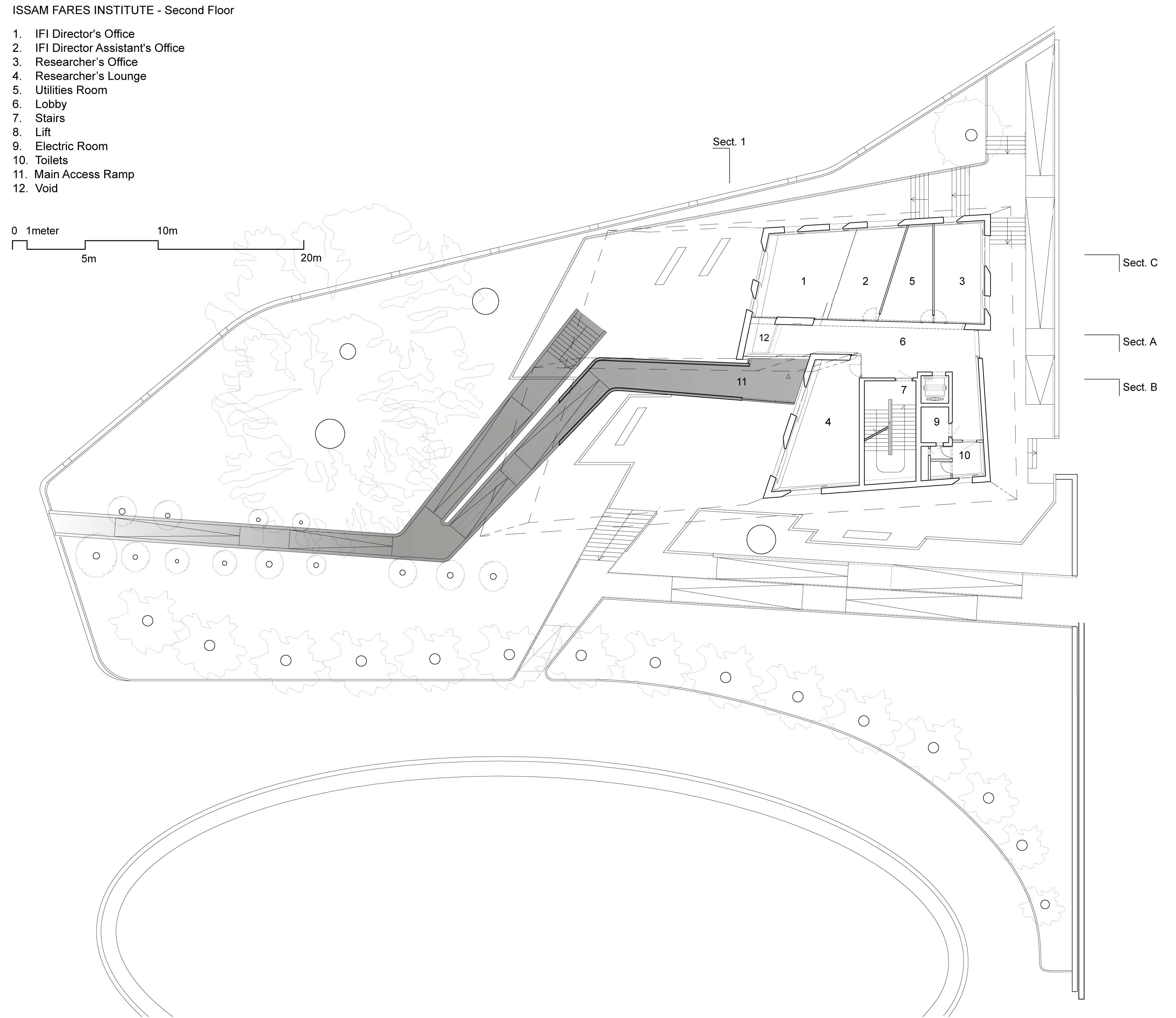 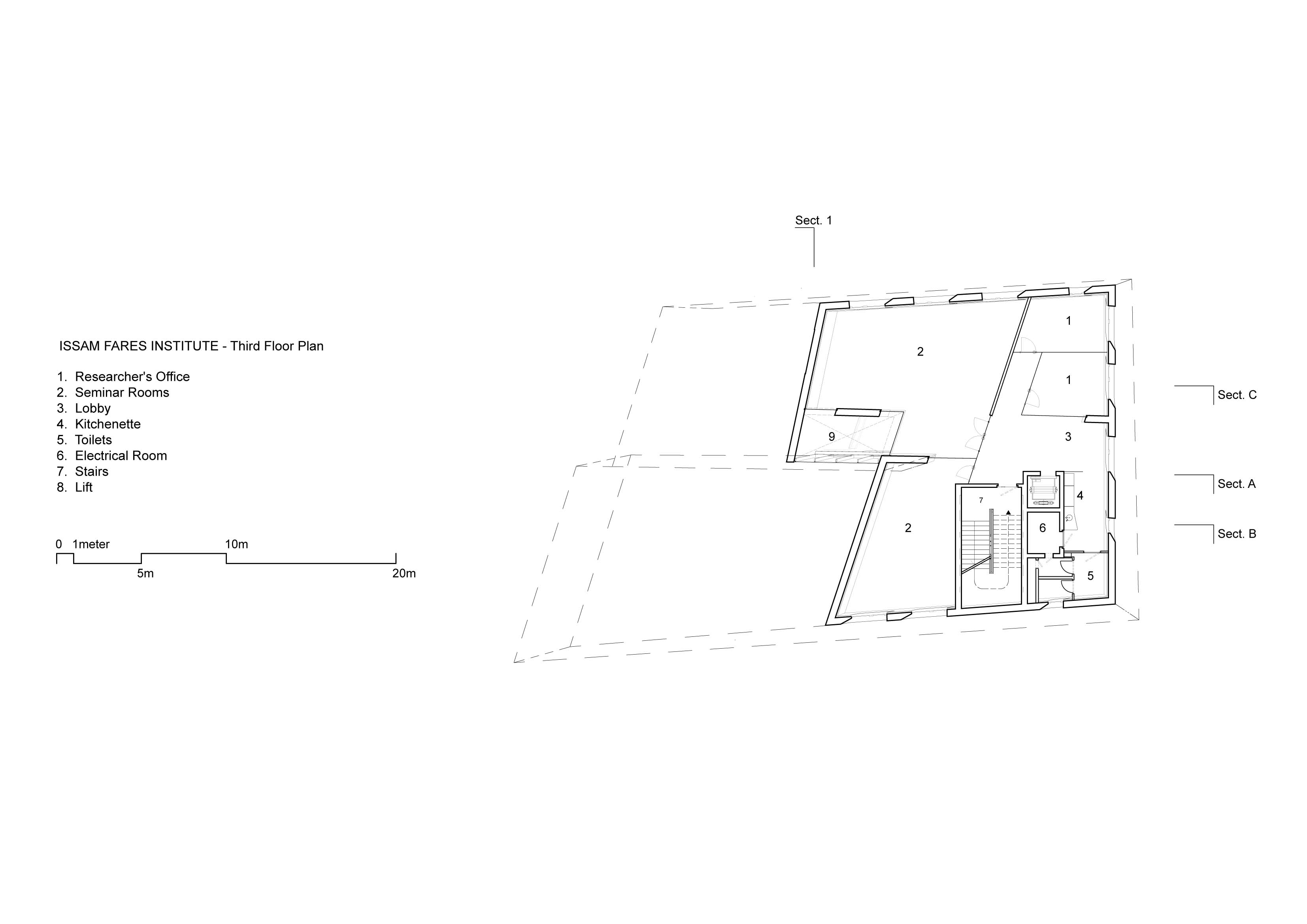 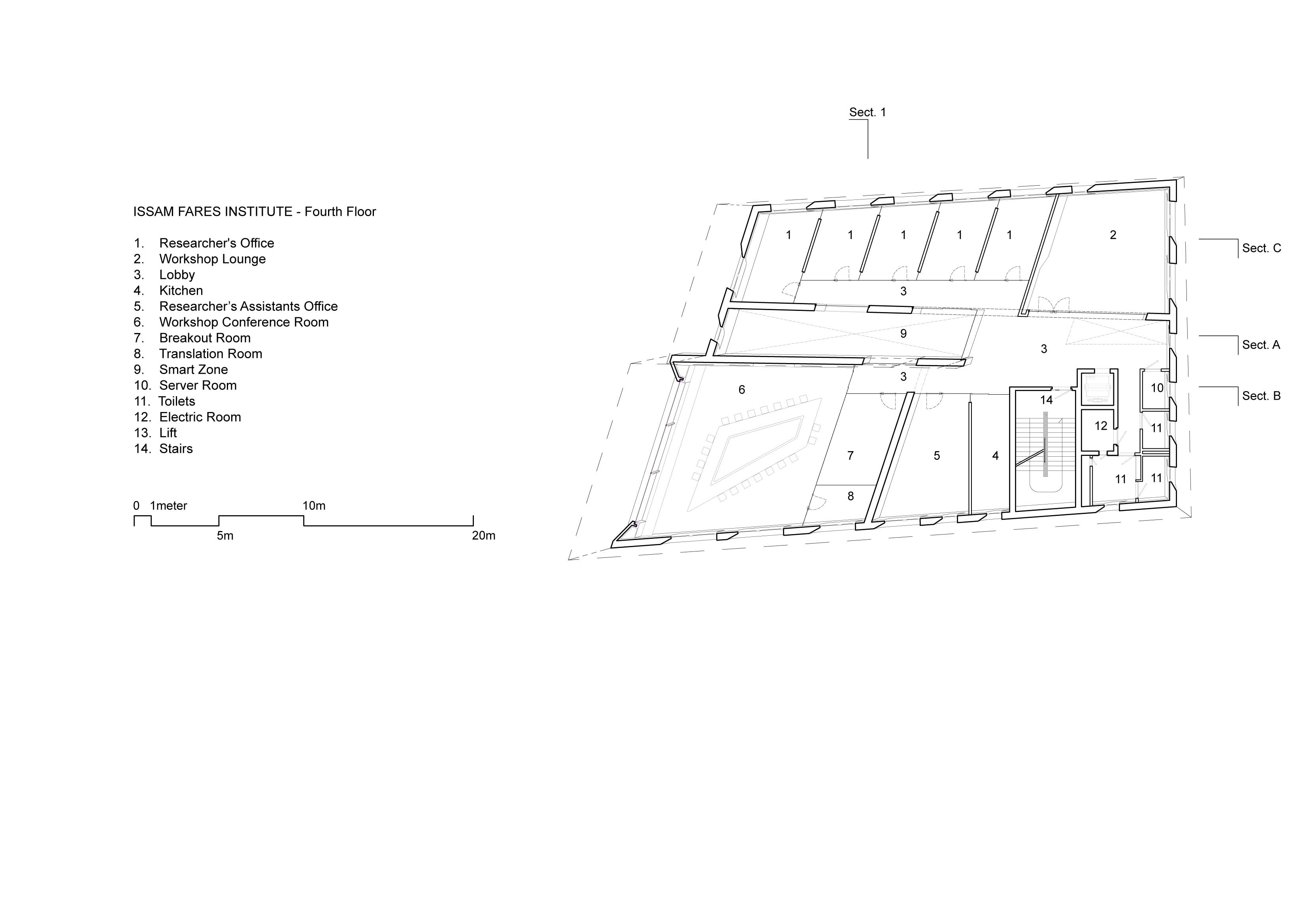 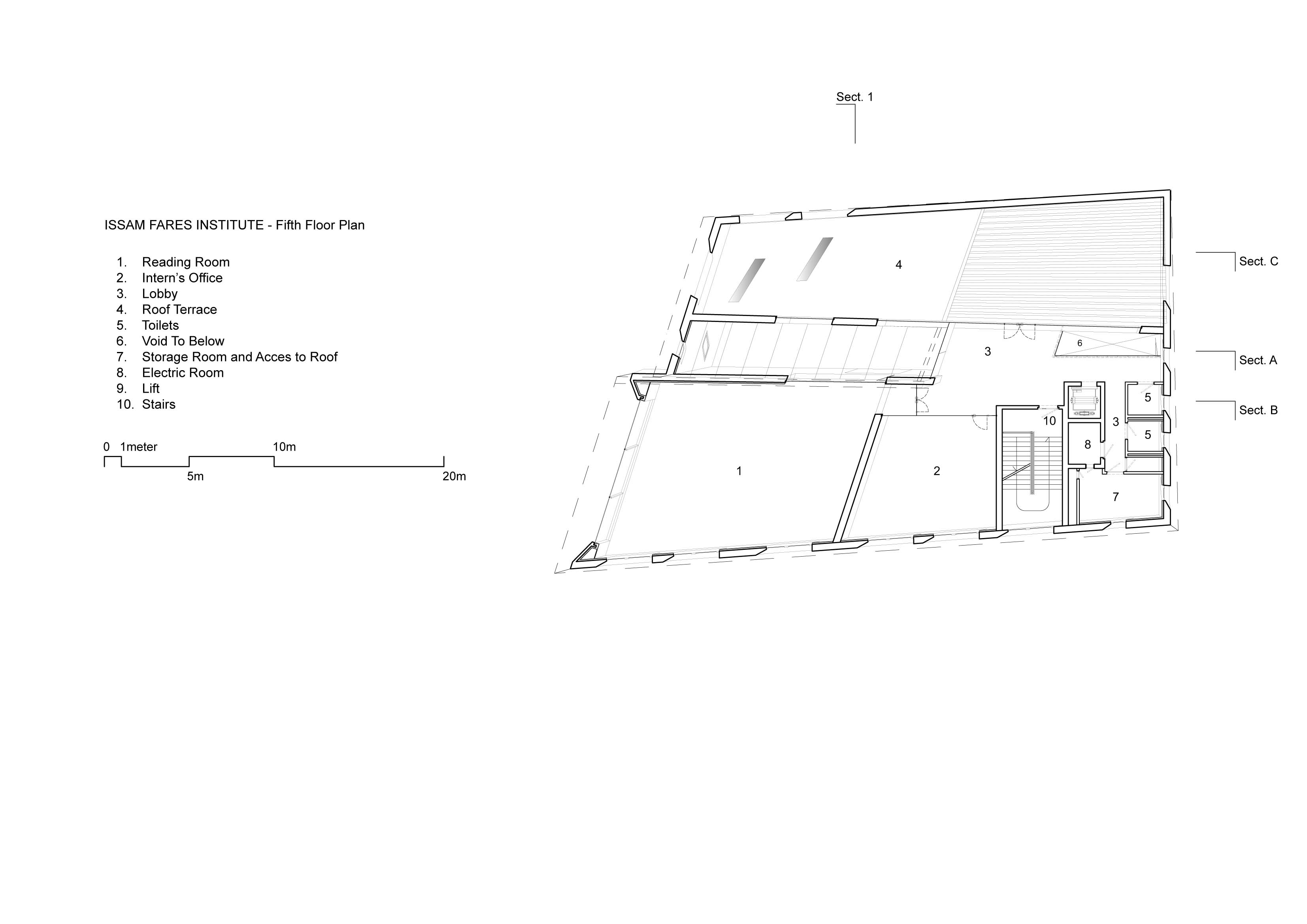 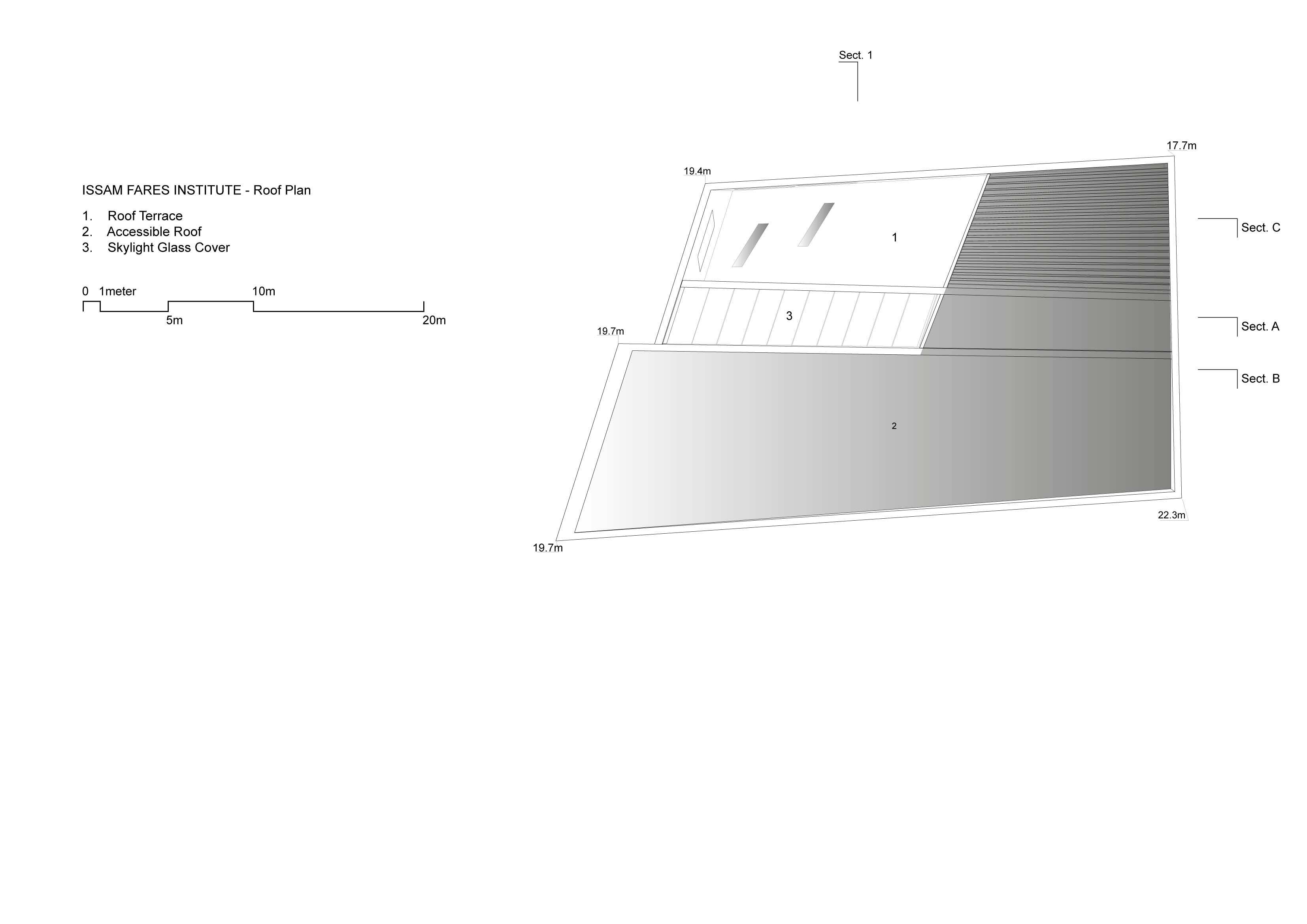 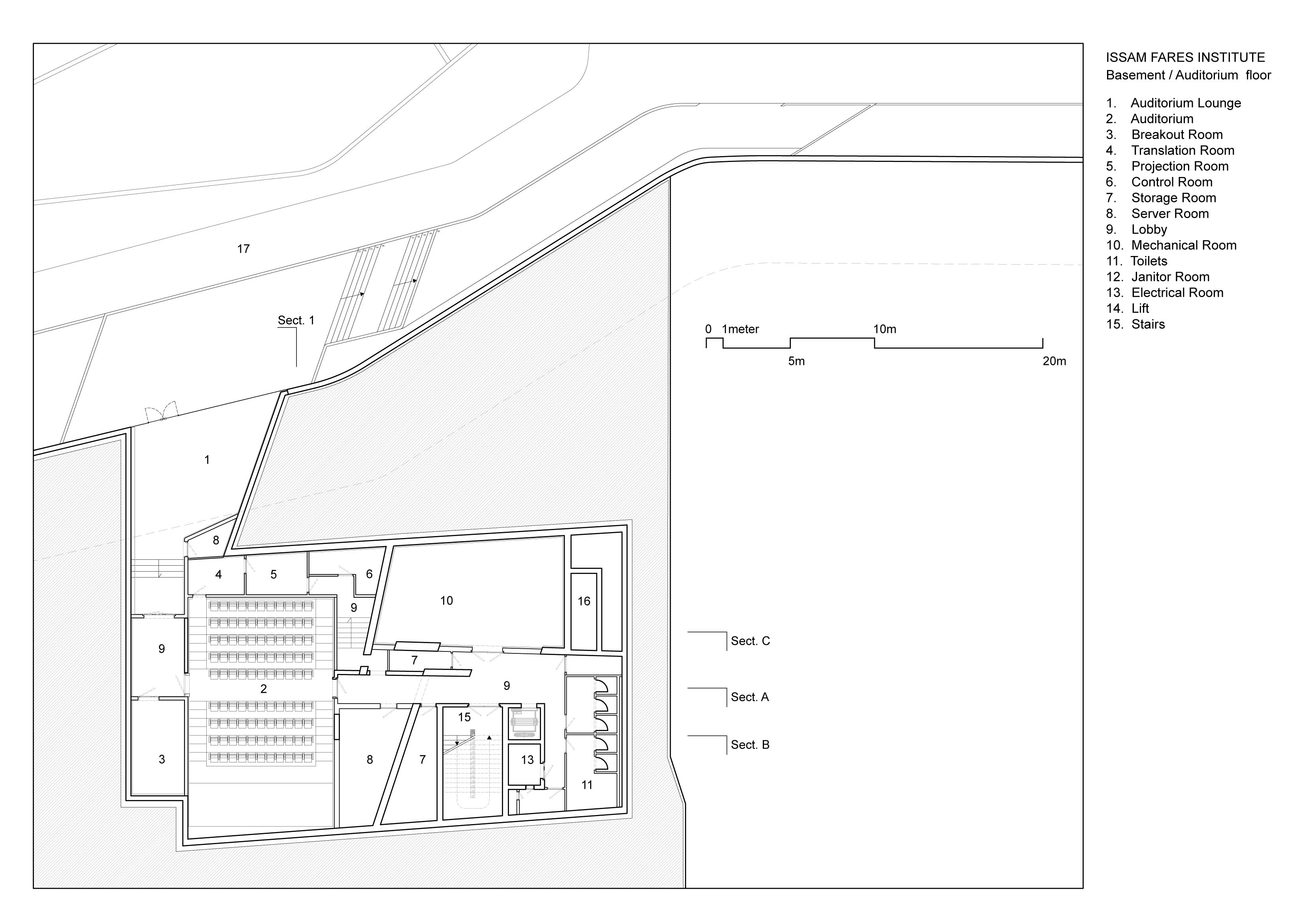 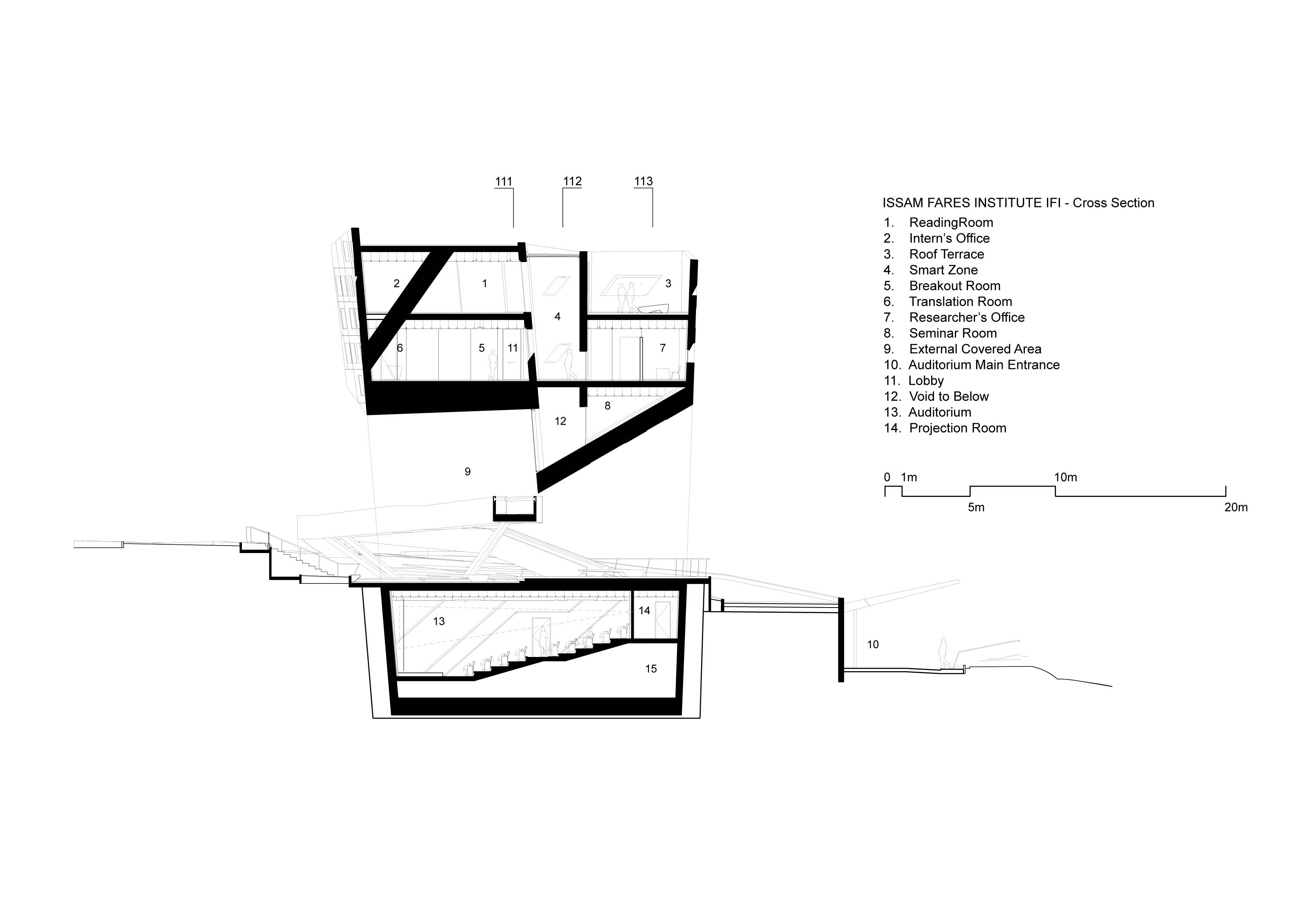 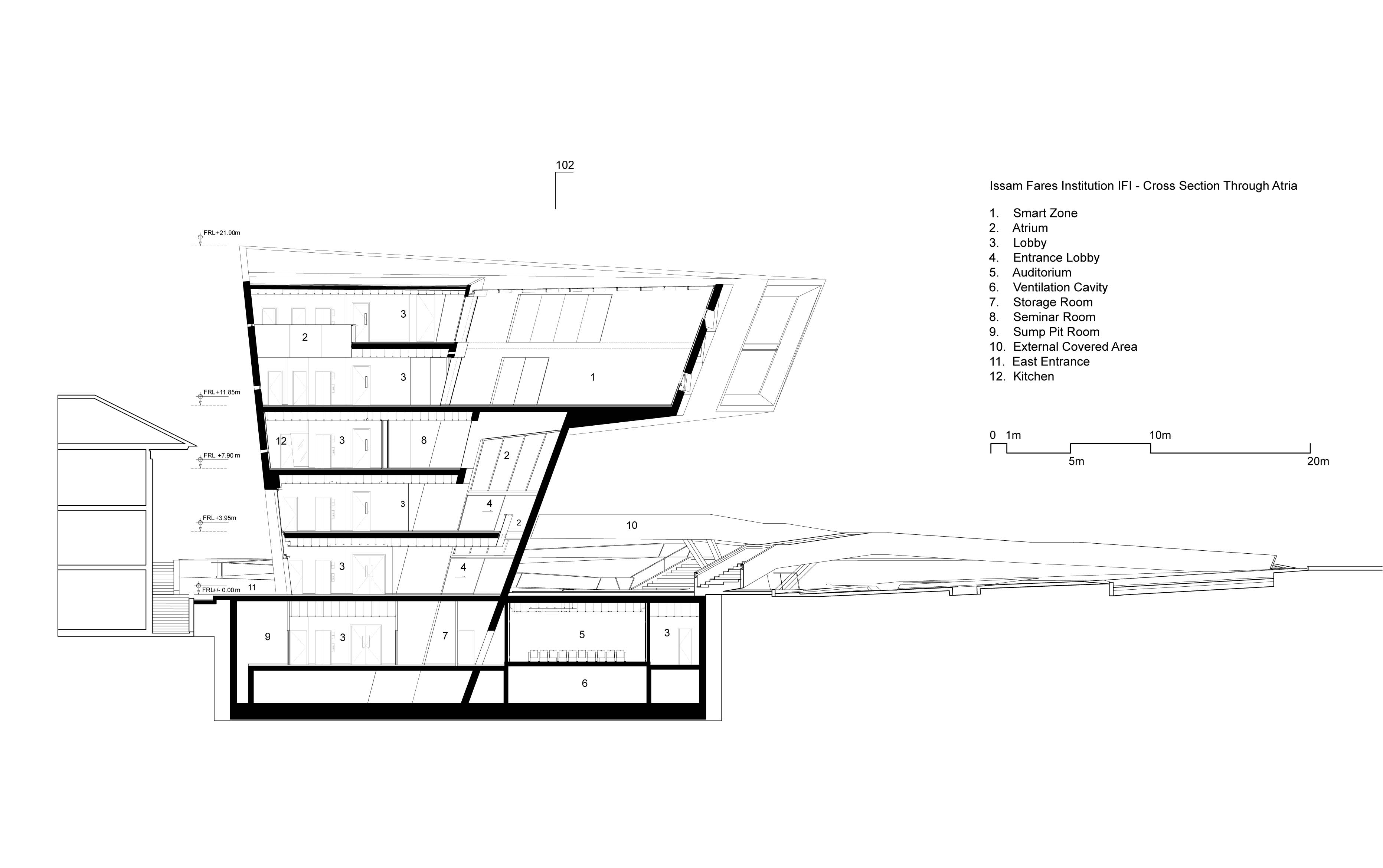 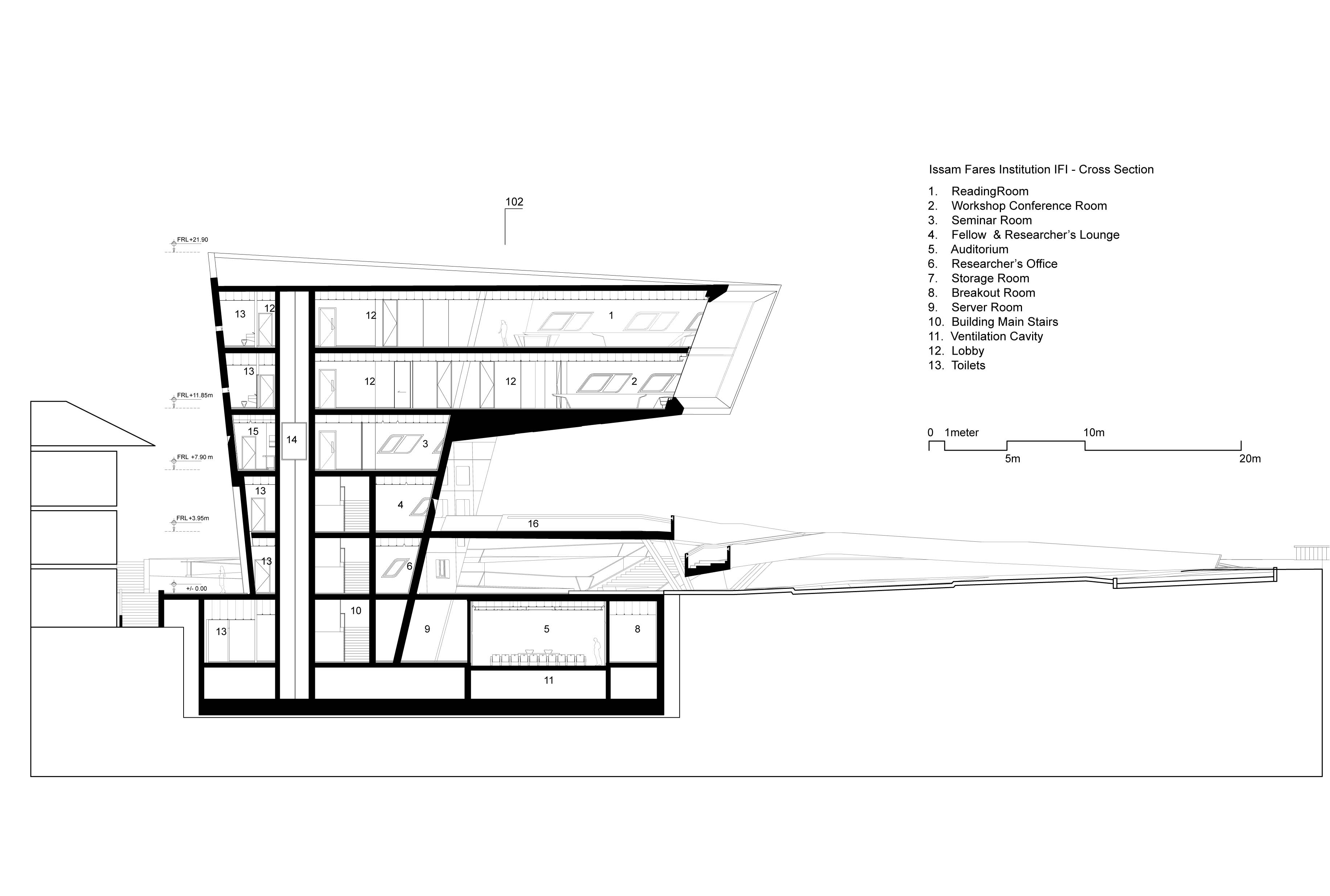