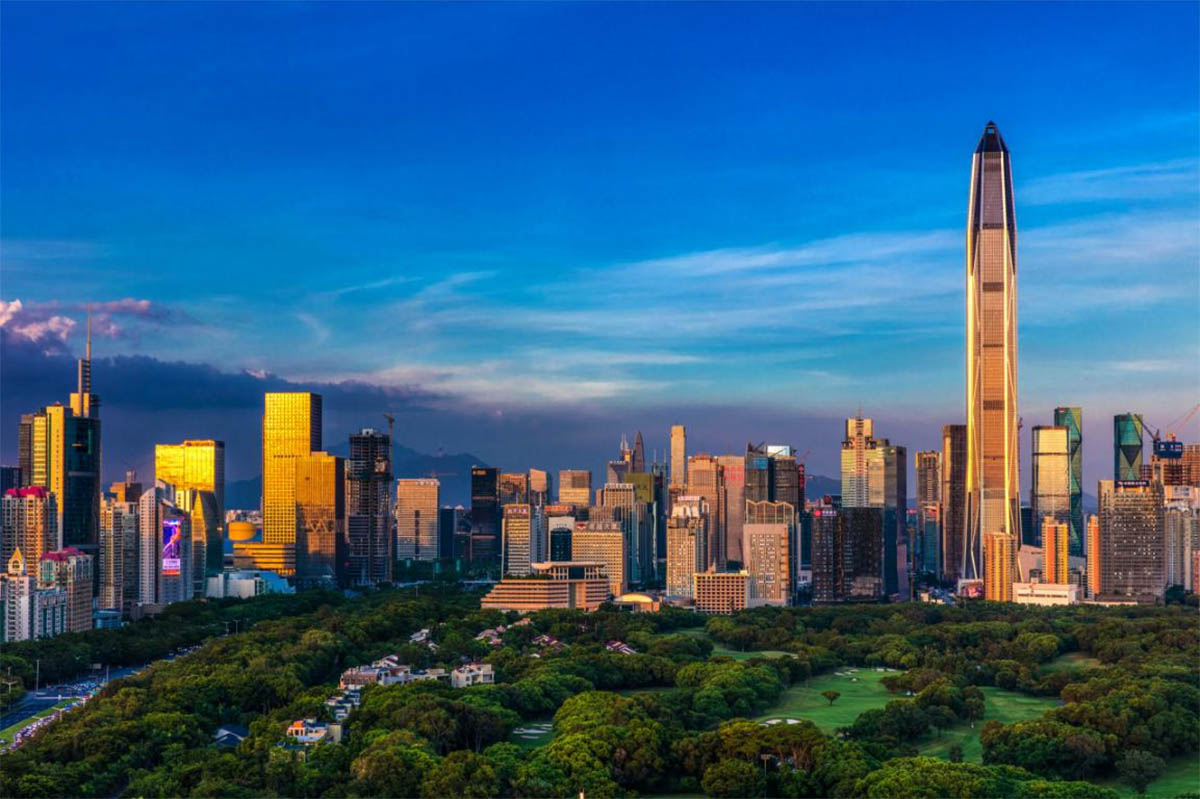 China's "design capital", Shenzhen, has once again attracted global attention. The Organizing Committee of International Space Design Award Idea-Tops recently announced the end of submission period for 11th Idea-Tops Award. This year Idea-Tops Award received a total of 7712 entries from 63 countries around the world, the number of participating countries and design projects has exceeded the numbers of previous years. Such a raise in numbers demonstrates the great attraction of Chinese market.

63 countries turn focus to Shenzhen, the design capital of China

The Idea-Tops Award in based in the Guangdong-Hong Kong-Macao Greater Bay Area, and is highly respected by the design community for its professionalism, internationality and authority. The annual Idea-Tops Awarding Ceremony attracts the attention of design industry all over the world, and becomes a platform for international architects and designer, where they can learn about Chinese design and make a contribution to the construction of major projects in China. This year, despite the COVID-19 outbreak, the number of entries has increased to 7712 projects, submitted by designers and architects from 63 countries, reflecting the great attraction of China's construction market and showing the international influence of Idea-Tops Award. 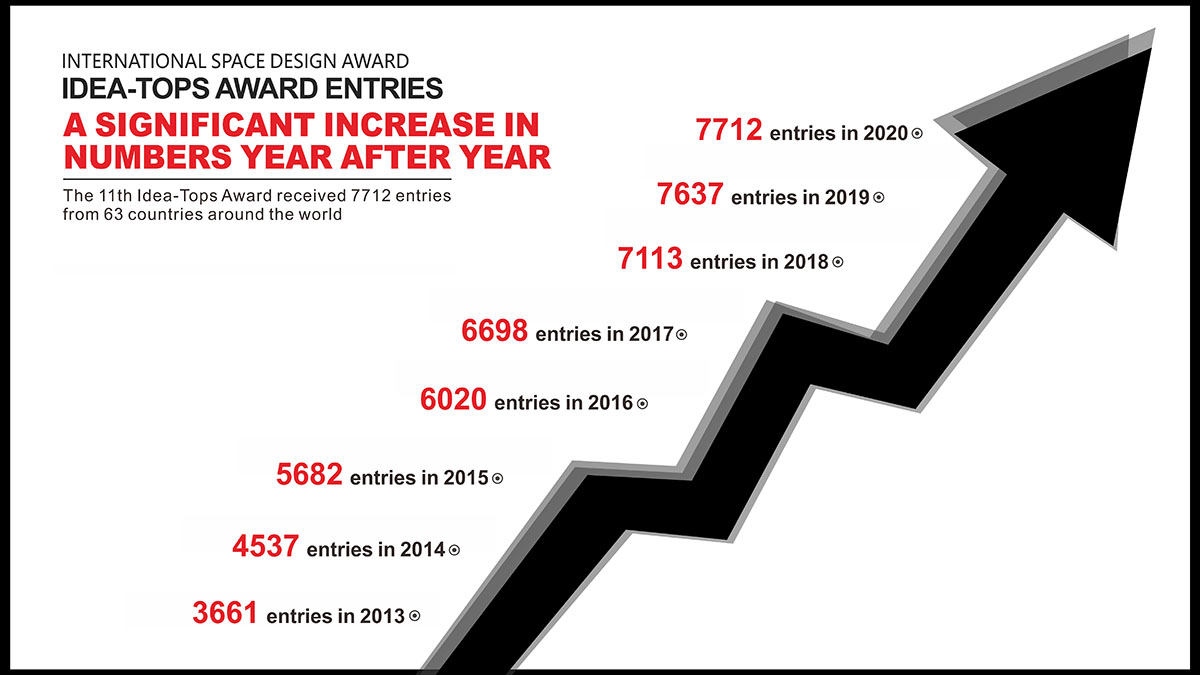 According to the information released by Secretariat of the Organizing Committee of International Space Design Award Idea-Tops, the entries of 11th Idea-Tops Award include architectural design, interior design, lighting design and display art design (soft decoration design) with 18 design categories in total. Architectural design projects accounted for 14.04% of the total. 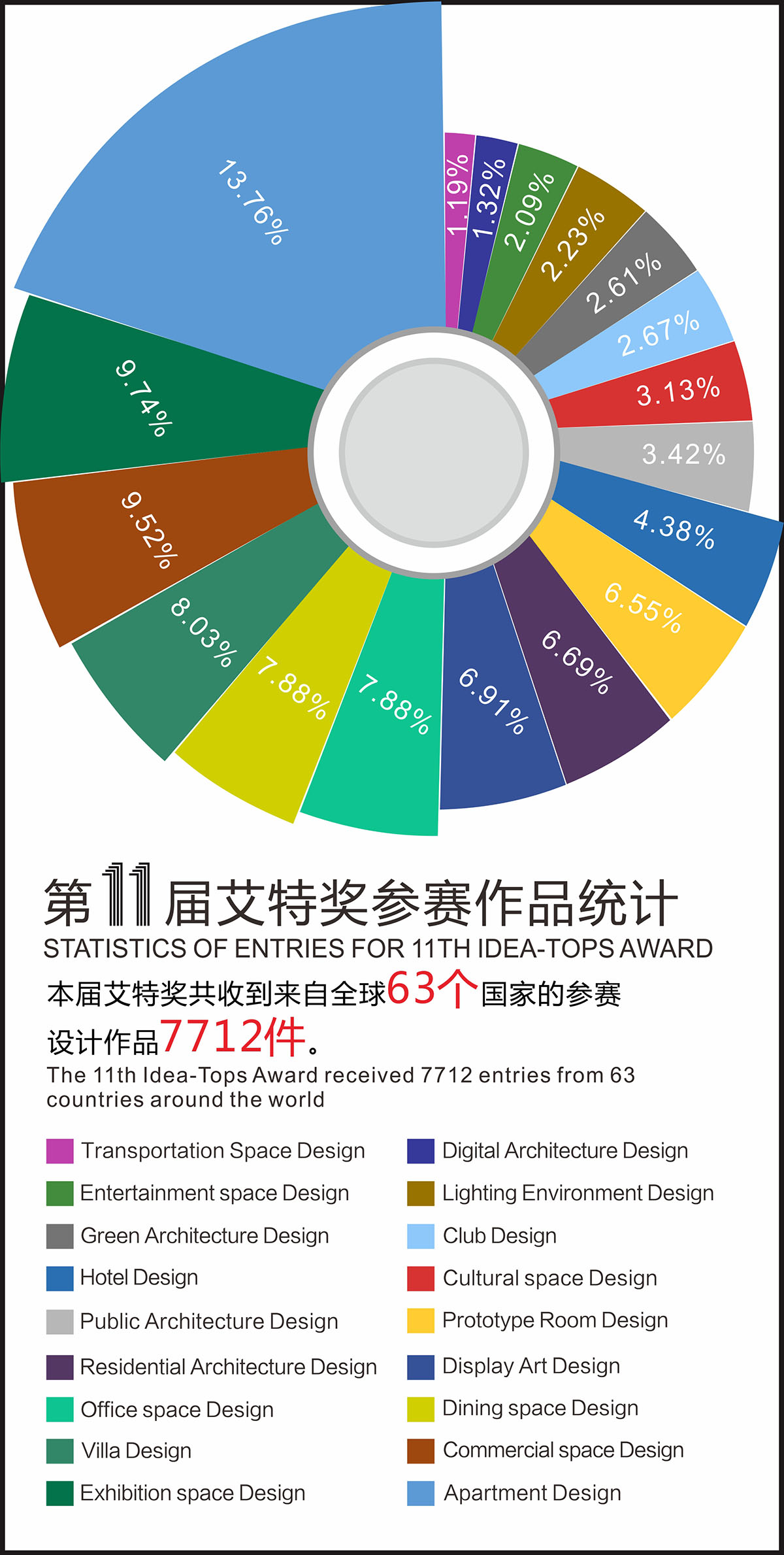 Greg Truen, a partner at SAOTA design company in South Africa, told reporters: “We attended and participated in the 9thIdea-Tops Award in Shenzhen in 2019, and as a company, we met incredible people and gained knowledge and insight on design trends. Being part of the award previously was such a privilege, because it’s the most internationalised and authoritative design award in China, this year we submitted again. We work in 86 countries worldwide, and China is an important market for us. This award is an opportunity for us to share our latest international designs with a global market.”

Filippo Caprioglio, a design director of Caprioglio Architects, a famous Italian design company, said: “Idea-Tops Award, for its prestigious tradition and innovative format is the perfect platform to have the real insight of the path that architecture has taken. It is an honor for our company to participate in the award with such professional jury.”

Professor Wang Tie, President of Architectural Design and Research Institute of Central Academy of Fine Arts and Doctoral Supervisor, said: “In the past 11 years, I have participated in the major events of Idea-Tops Award and personally experienced and witnessed the vigorous development of Idea-Tops Award. All the 7712 entries from 63 countries prove that Idea-Tops Award has become a professional design award, trusted by designers and architects all over the world. Today, when the world has entered a new stage of the development of intelligent cities, relying on China's huge market, I believe that Idea-Tops Award will become the benchmark of the world's high-quality design awards, and make a significant contribution to urban construction and urban development!”

2021 is the historical intersection of China's "two centenaries" and the first year of the "14th five-year plan". High quality design is the key path that leads to high-quality development. The Idea-Tops Award opened a Pandora's box of international space design and has already become the engine of industry change.

It is reported that the 11th Idea-Tops Award has entered a projects review period. The first stage of the judging process has now begun and will continue throughout March. The international jury will review the entries according to the four aspects of innovation, function, artistry and environmental protection, discovering the best designers and design projects around the world. The Awarding Ceremony of 11th Idea-Tops Award will be held on May 27 at the Window of the World in Shenzhen. It is expected that nearly a thousand outstanding architects, designers and entrepreneurs will attend the event to witness this peak of fame in the global design industry. And the winners of 11th Idea-Tops Award will become the focus of the global design community.