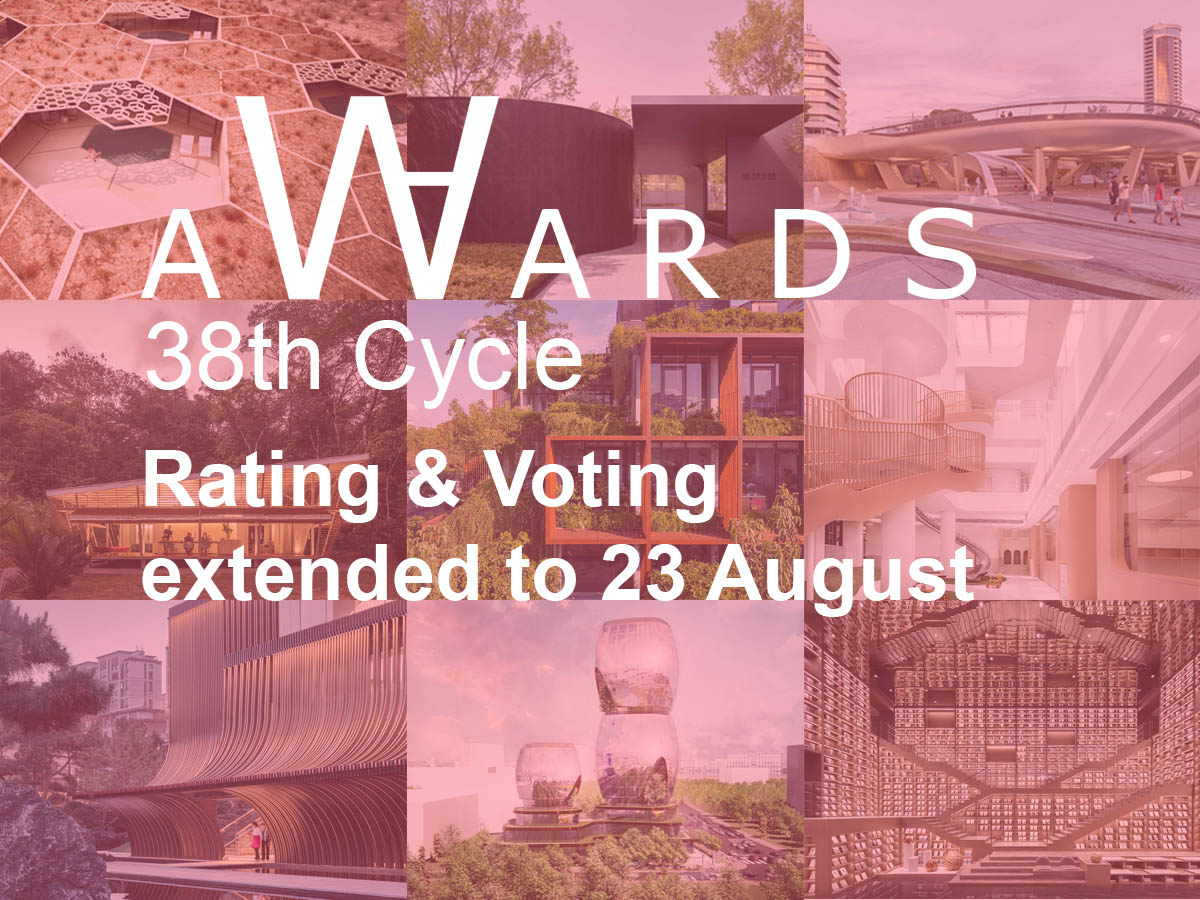 WAC is in the process of renewing its digital infrastructure for two weeks and most our members faced technical problems in the Voting & Rating process of the 38th Cycle of WA Awards.

Even though most of these problems are related to the steps of verifying the Votes and Rates, we have extended the Voting & Rating process for the listed projects for the 38th Cycle until August 23 to ensure that the process proceeds ethically and correctly.

Technical problems have been resolved and all WA Honorary Members and previous cycles' WA Awards Winners and WAC Members can submit their Rates and Votes until Monday, August 23 (23:59 GMT).

The 38th Cycle project list includes a wide range of innovative and striking projects submitted from 43 different countries across the world in Architecture, Interior Design and Student categories.

We'd also like to remind all our readers and members about the procedure of the Voting and Rating in the WA Awards.

Which members can Vote for projects for the WA Awards?

Voting: Voting process is only open to WA Honorary Members and previous cycles' WA Awards Winners. When they signed in, they will notice a VOTE button on this page where they can click to select their preferred projects.

They will select the first 10 winning projects in the WA Awards in Architecture, Interior Design and Student categories.

Which members can Rate for projects for the WA Awards?

Rating: When they signed in, all WAC Members (Associate, Professional, Student, Academic) of World Architecture Community will see a rating drop-box on this page where they can decide how they want to rate the various projects (1 through 10, 10 being the highest rate).

In order to Rate the projects, a WAC member must have at least 1 uploaded project in his/her page and the project should have been opened to the public by being approved by World Architecture Community.

They will decide the next 5 projects to be awarded in the WA Awards in Architecture, Interior Design and Student categories.