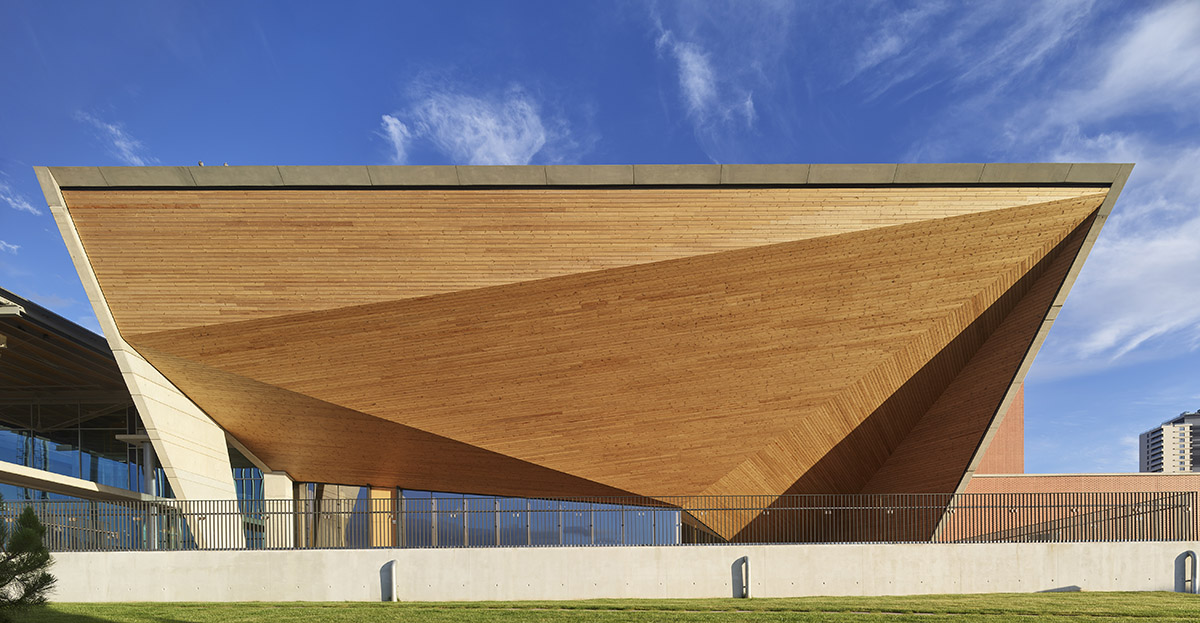 Called TED Ankara College Campus Performing Arts Center, the 9,405-square-metre multi-purpose building is situated in the southwest direction at the end of the Sports- Art Street within the campus in which the masterplan was designed by the same studio.

Designed to accommodate up to 1500 people, the arts center fetaures a striking wooden façade that is articulated with triangulating surfaces. 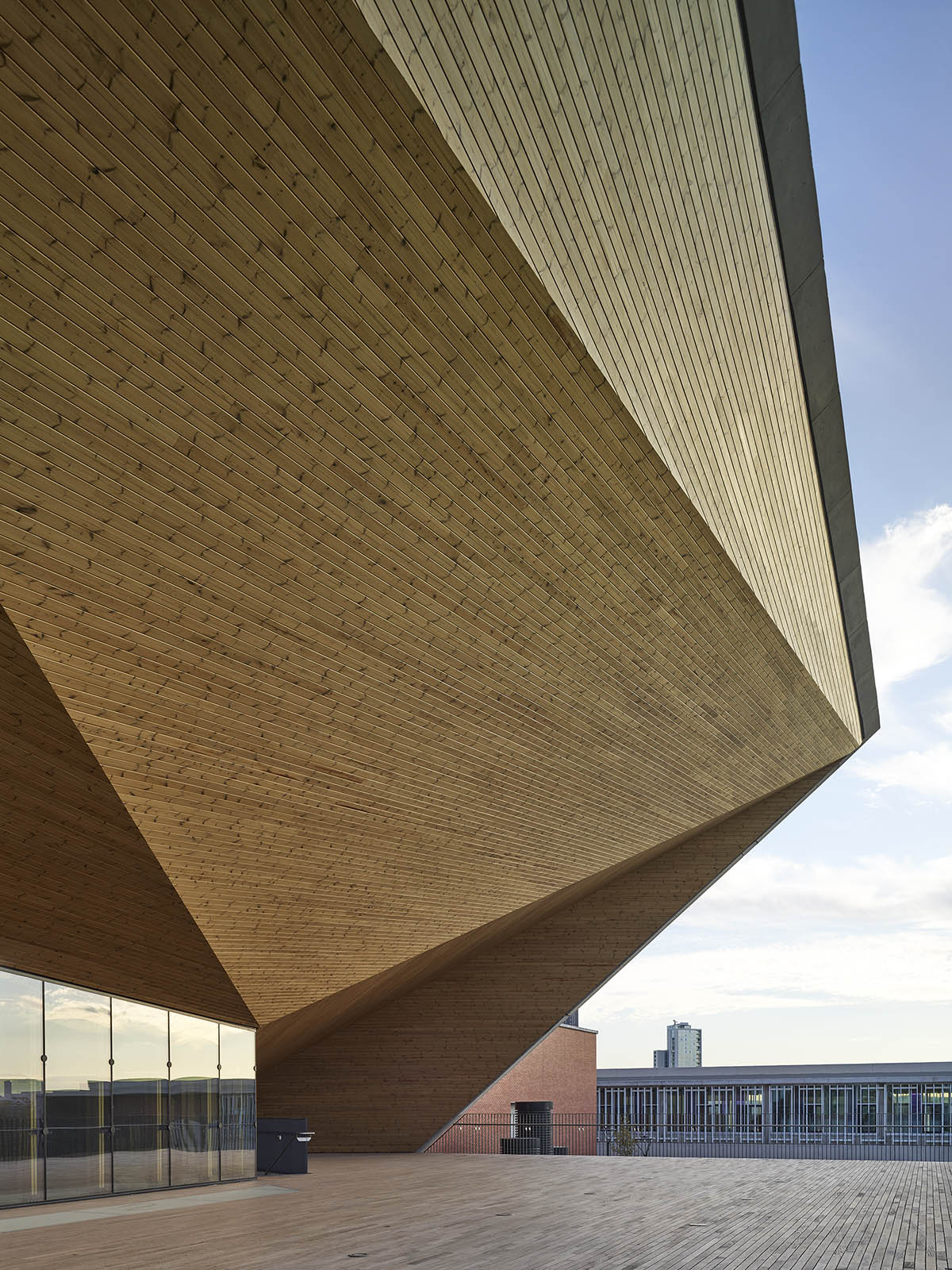 For this project, the designers "adopted the idea that any annex should dissolve in the campus arrangement without any pretentiousness."

Considering its strategic location at the end of the Sports- Art Street, the building proposes a use where social relations are perhaps the most publicized.

The design team paid attention to the singularity of the building which makes the building unnoticeable while moving on the inner street, while the architects tried to give the feeling that it was attached to the circulation route in the campus by itself. 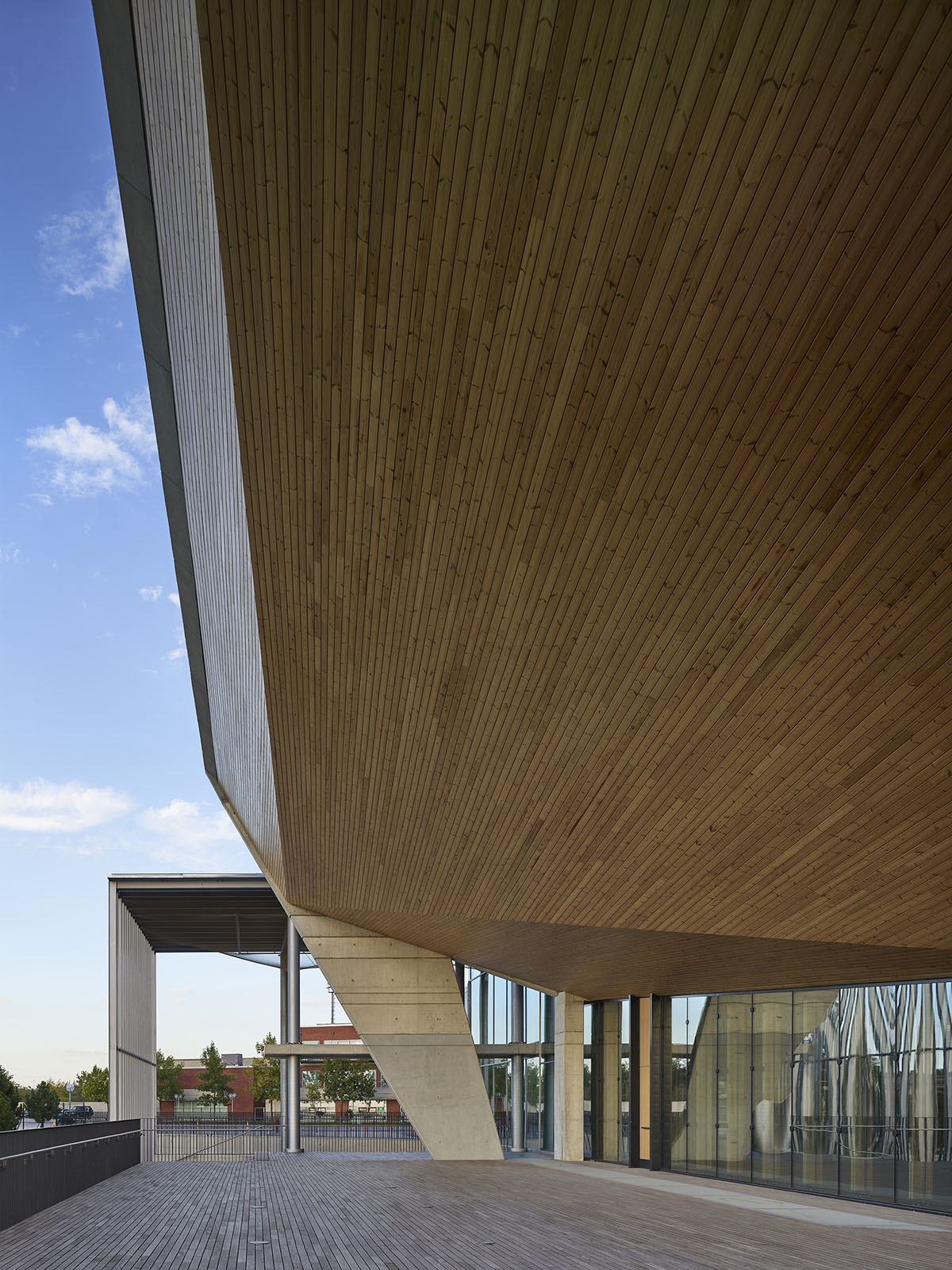 "The building, which rises considering the image of an eye looking outwards and a hug inviting in, was articulated to the existing street as if it has always been there; the street has turned into a foyer and opened itself to the geography with a transparent finish," said Uygur Architects in its project description.

"Although the Performing Arts Center is designed as a continuation of the overall building composition in the campus, it opens itself to the geography as the end of the campus in an understated but iconic way. It is both the eye and the hug." 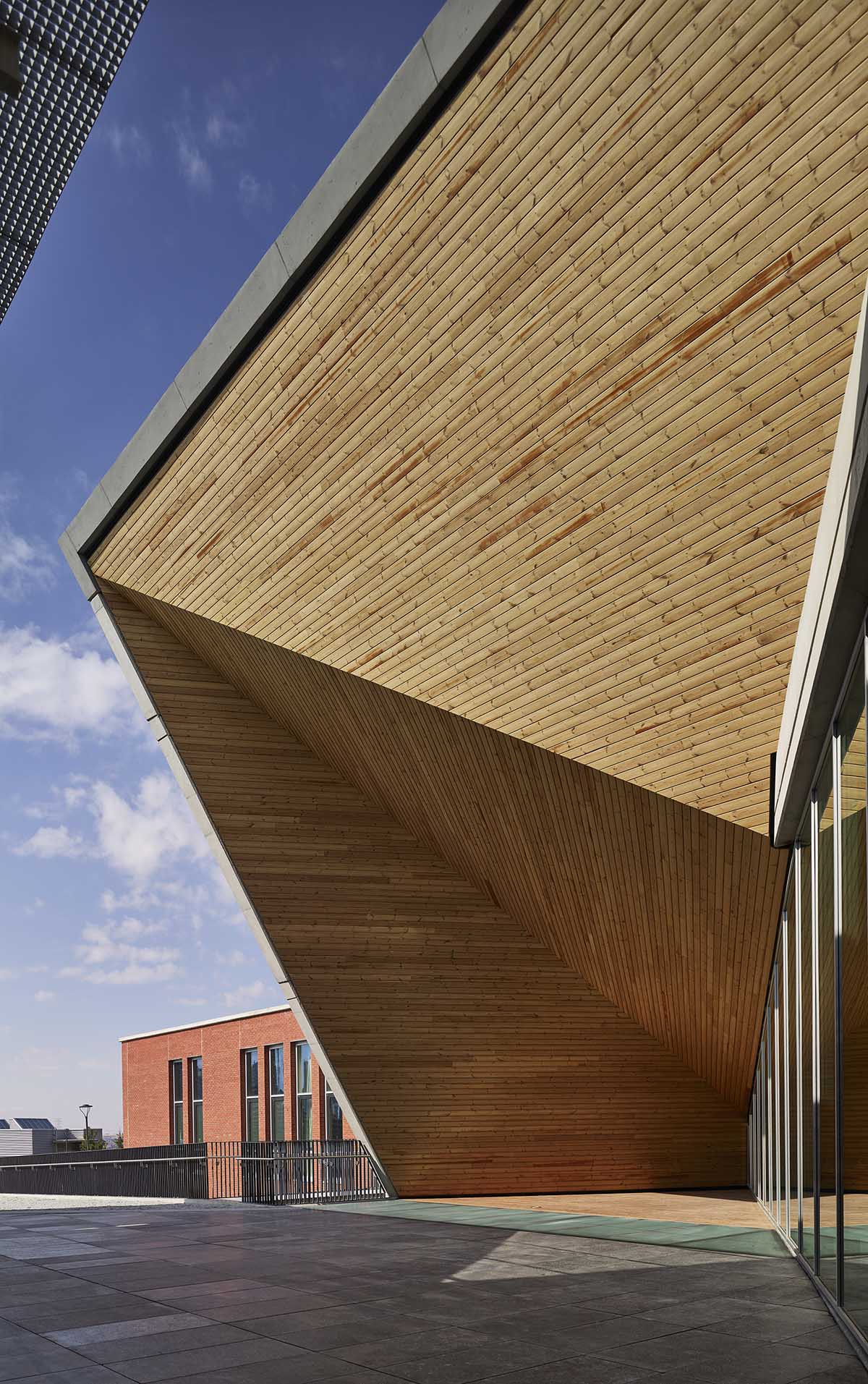 For the overall language of the arts center, the architects take cues from the existing architectural language of the campus based on the spatial play in combining the orthogonal and Euclidean geometry, they devise the same language in this building, but it is customized.

"The large volume requirement, which is the result of the dense capacity of 1500 people, has been refined by the transformation of a rectangular prism into a sculptural form," added the firm.

The side facades of the hall are composed of triangulating surfaces at different angles, and the movements of light on the wooden facade surfaces perform light and shadow plays outside.

As the studio emphasizes, "this image of eye and hug, obtained by carving, is felt not only in the distant view, but also in the hall, and the relationship of the viewer with the geography is kept dynamic."

"For this reason, the hall becomes transparent on both sides and opens itself to the outside. The terrace at the end of the Sports-Art street, where the eye and the hug images emerge, can also be used as an open foyer, and can be used for multi-purpose sunset events with its southwestern position." 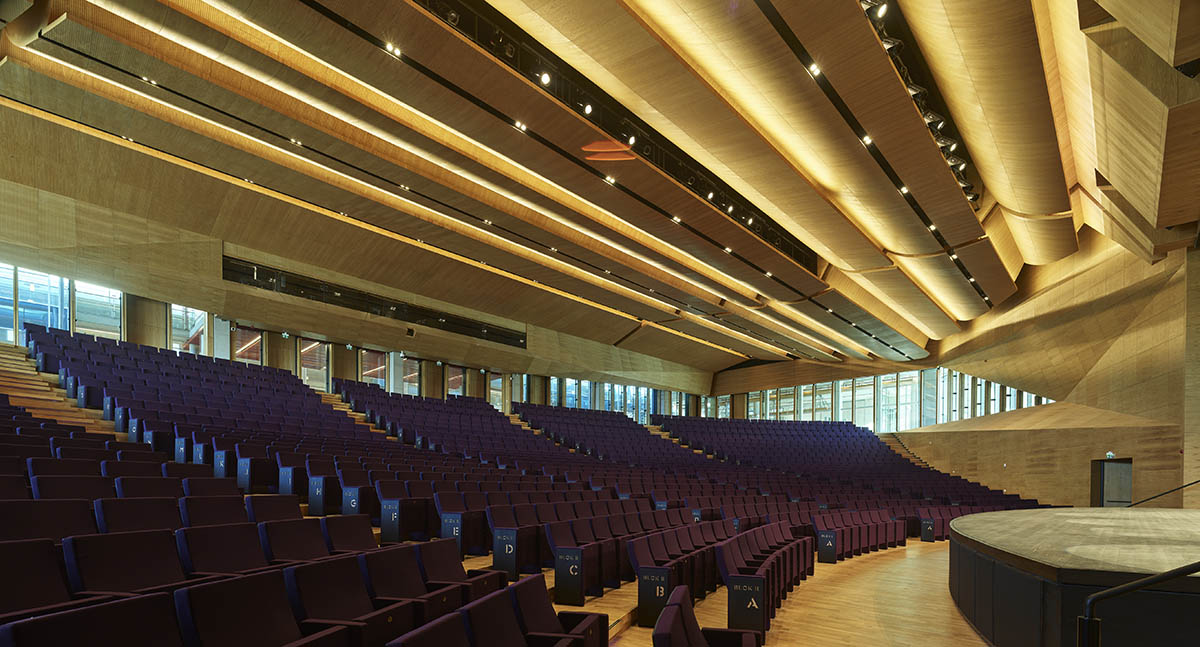 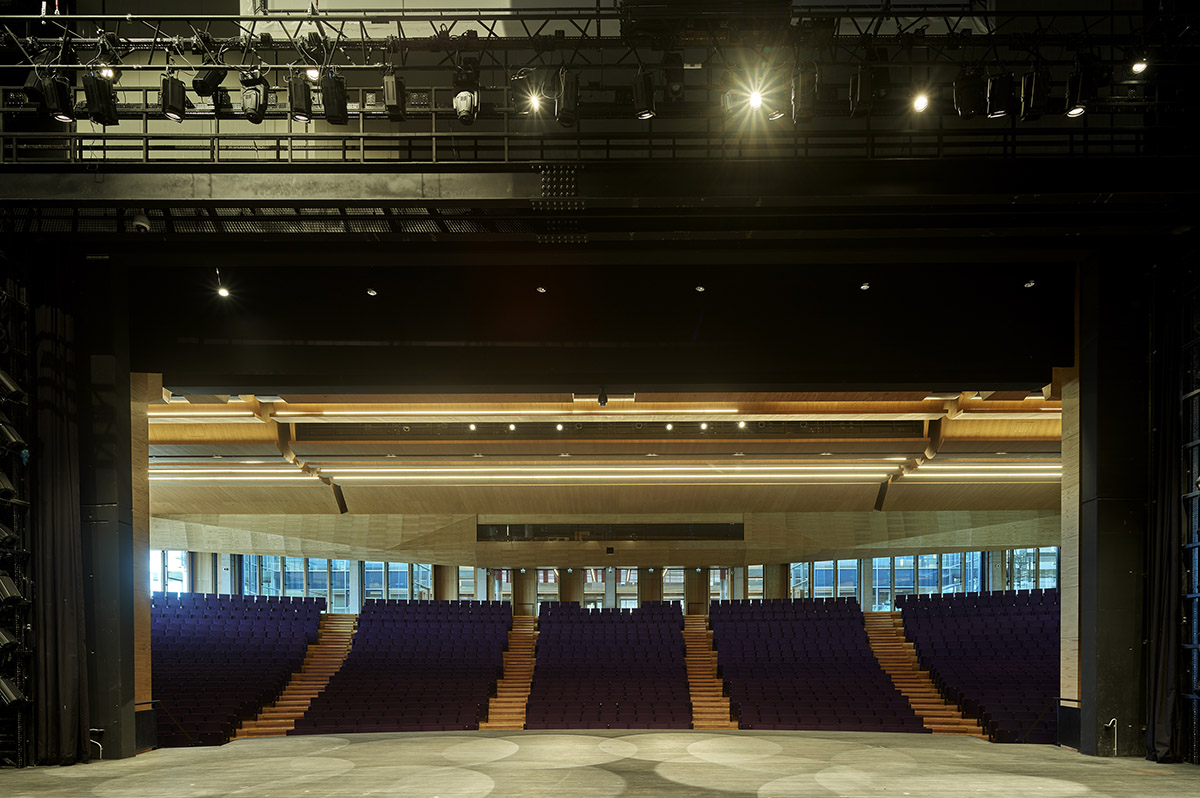 The hall, which emulates the ancient Greek theater, the most important performance venue, finds its own elevation by resting on the slope of the topography and collects the dense capacity by dissolving it in the volume with its fan-shape. In addition to the use with dense capacity, it can be divided for uses such as theater performances, converted into a smaller hall with curtains, acquiring a multi-purpose character. 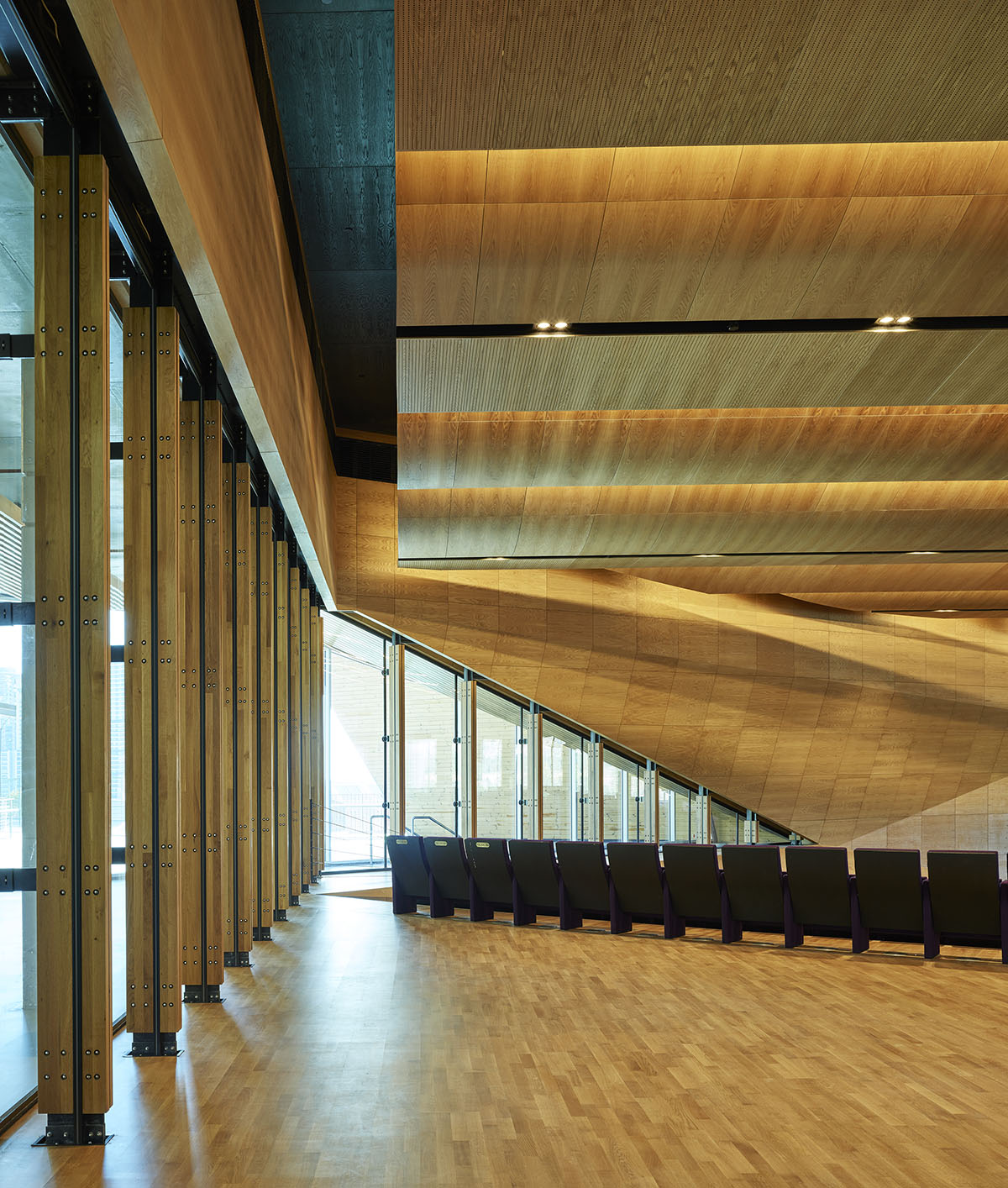 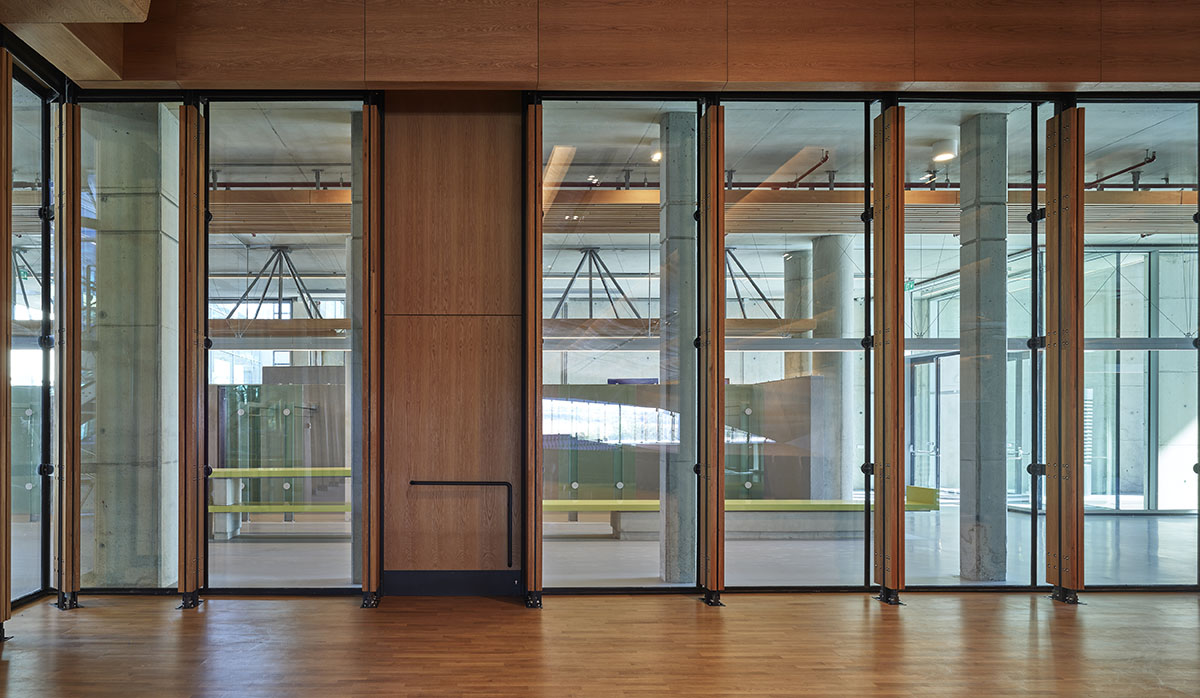 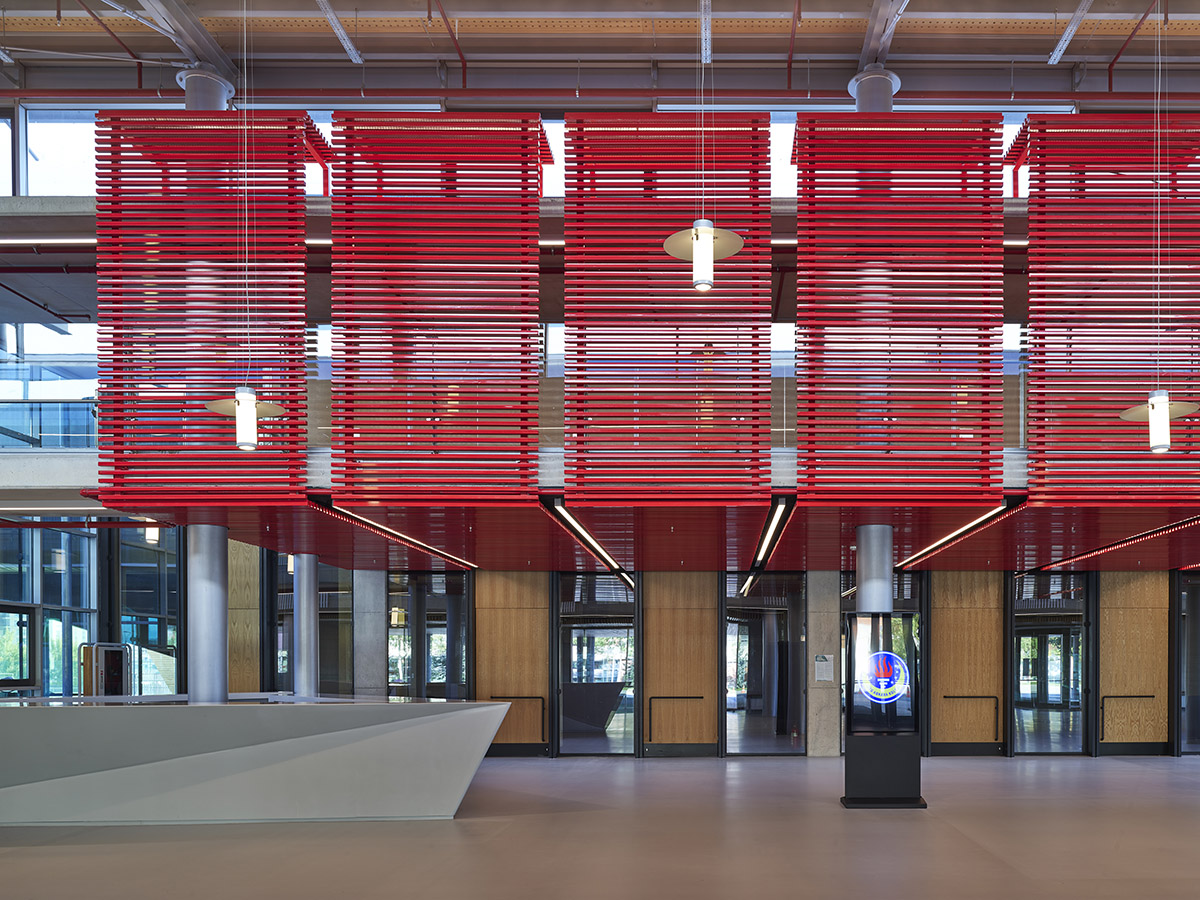 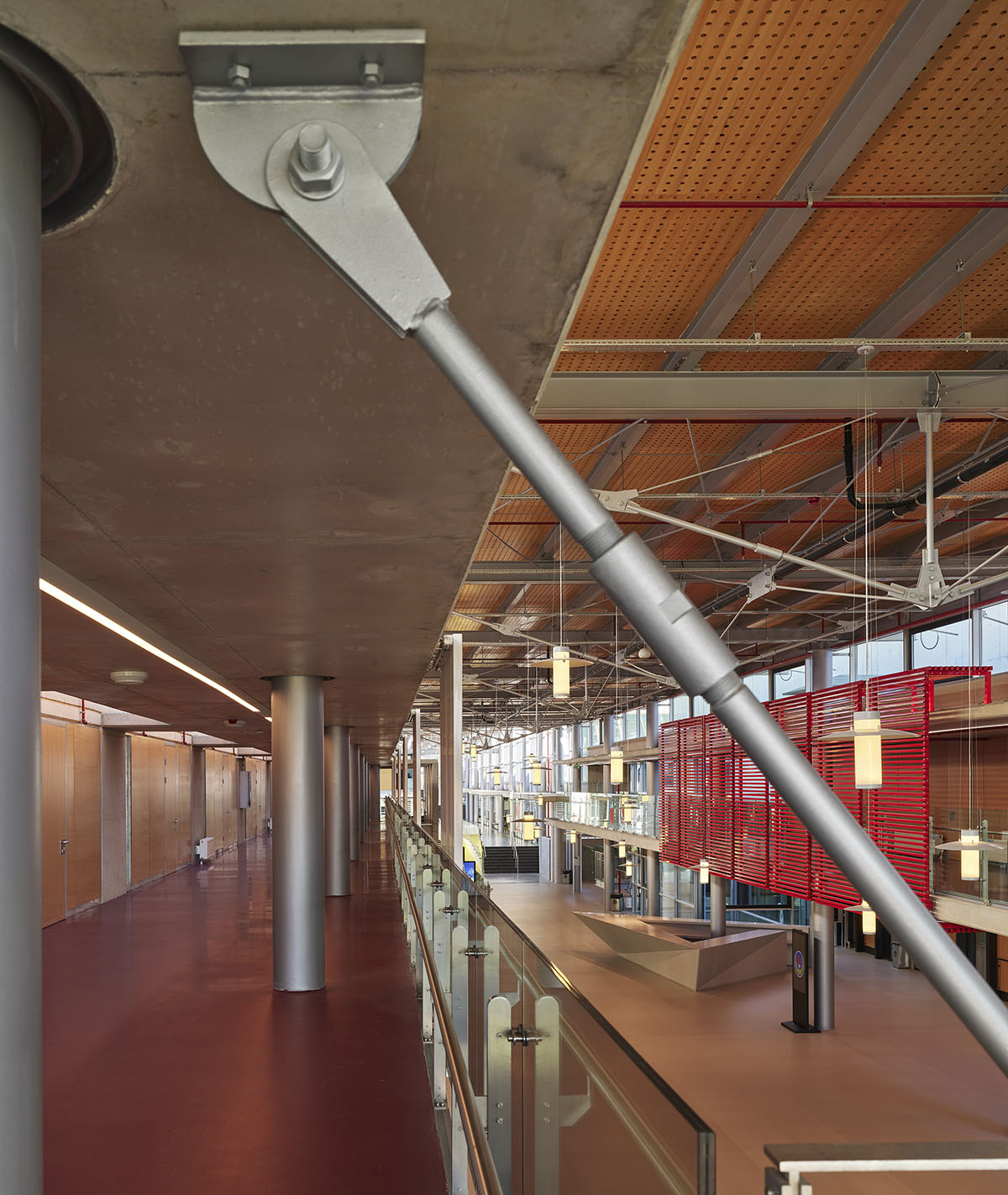 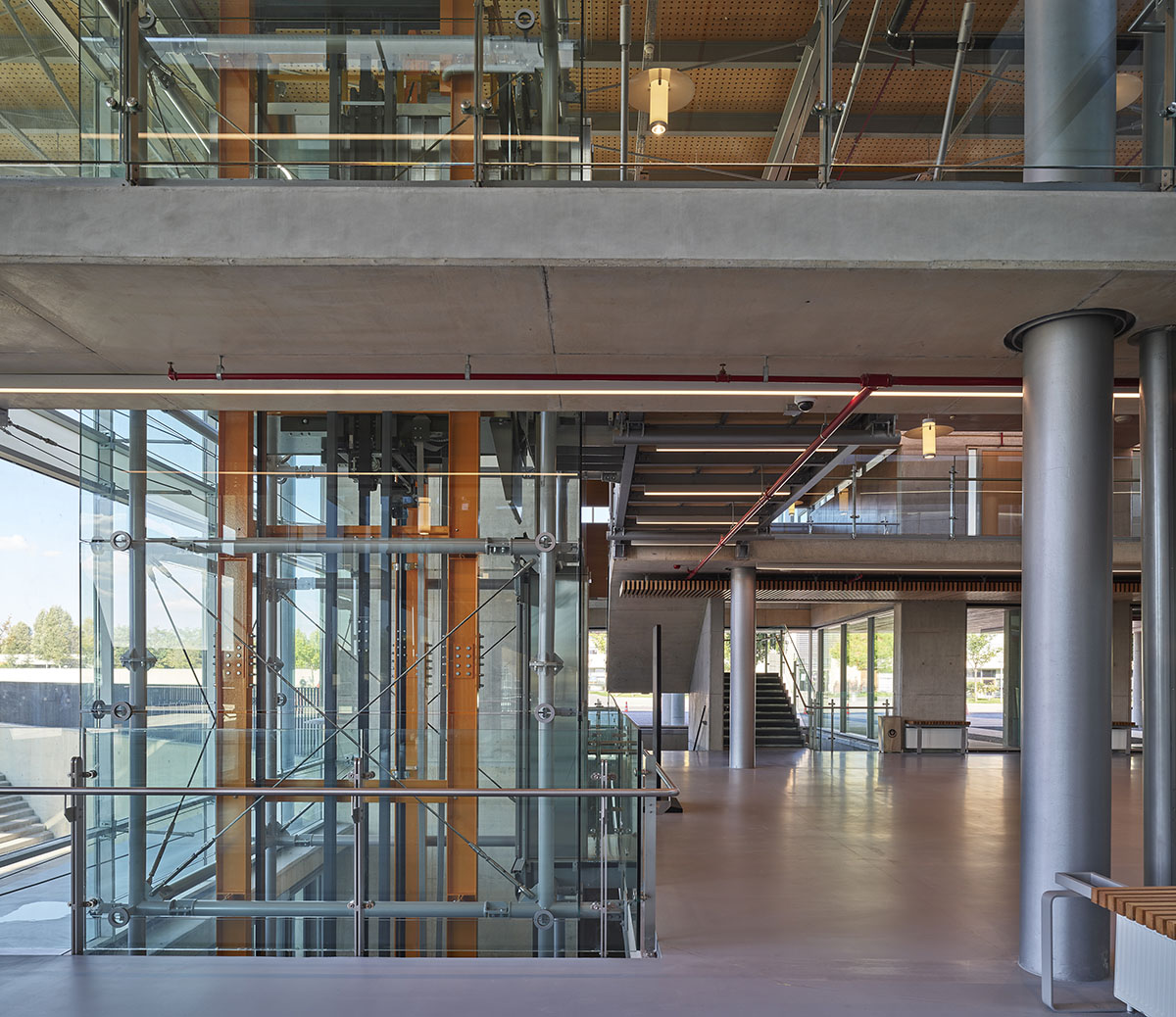 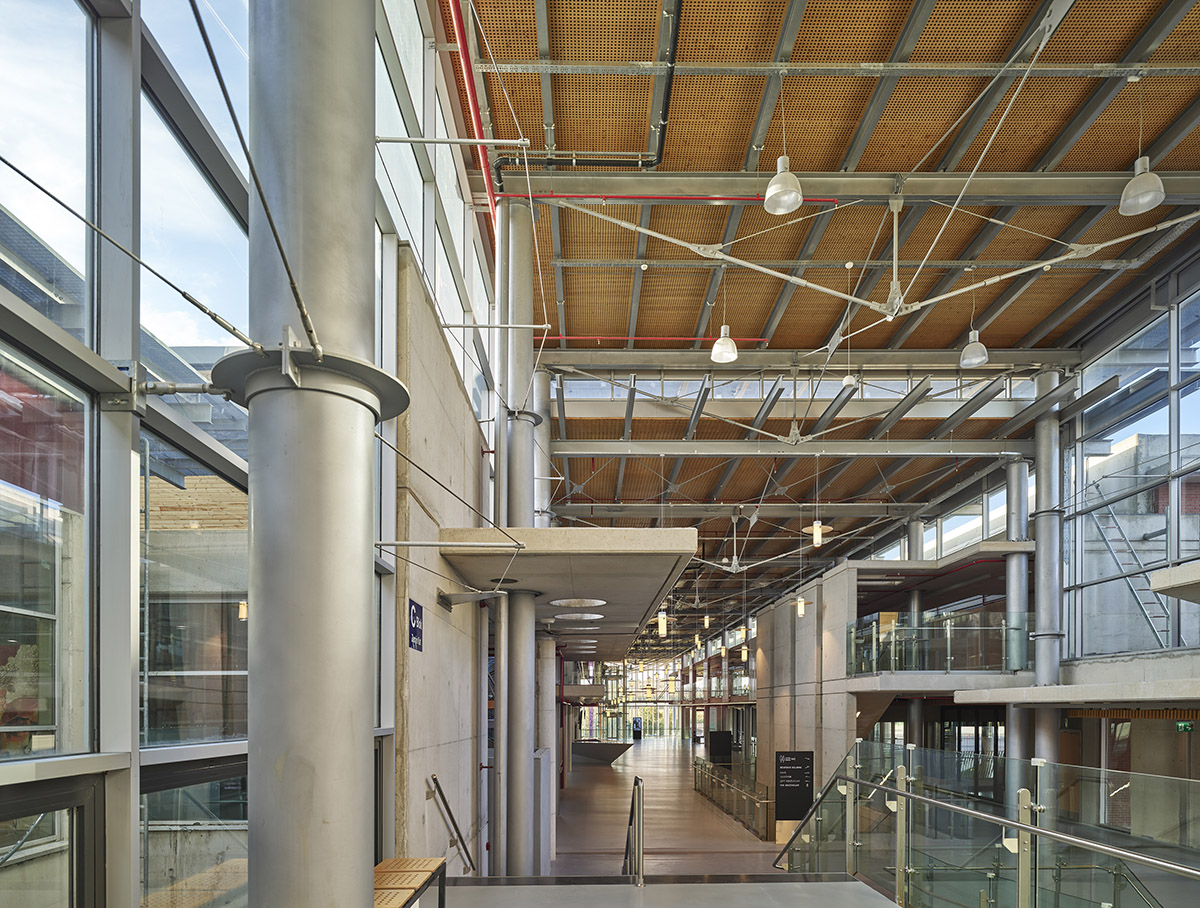 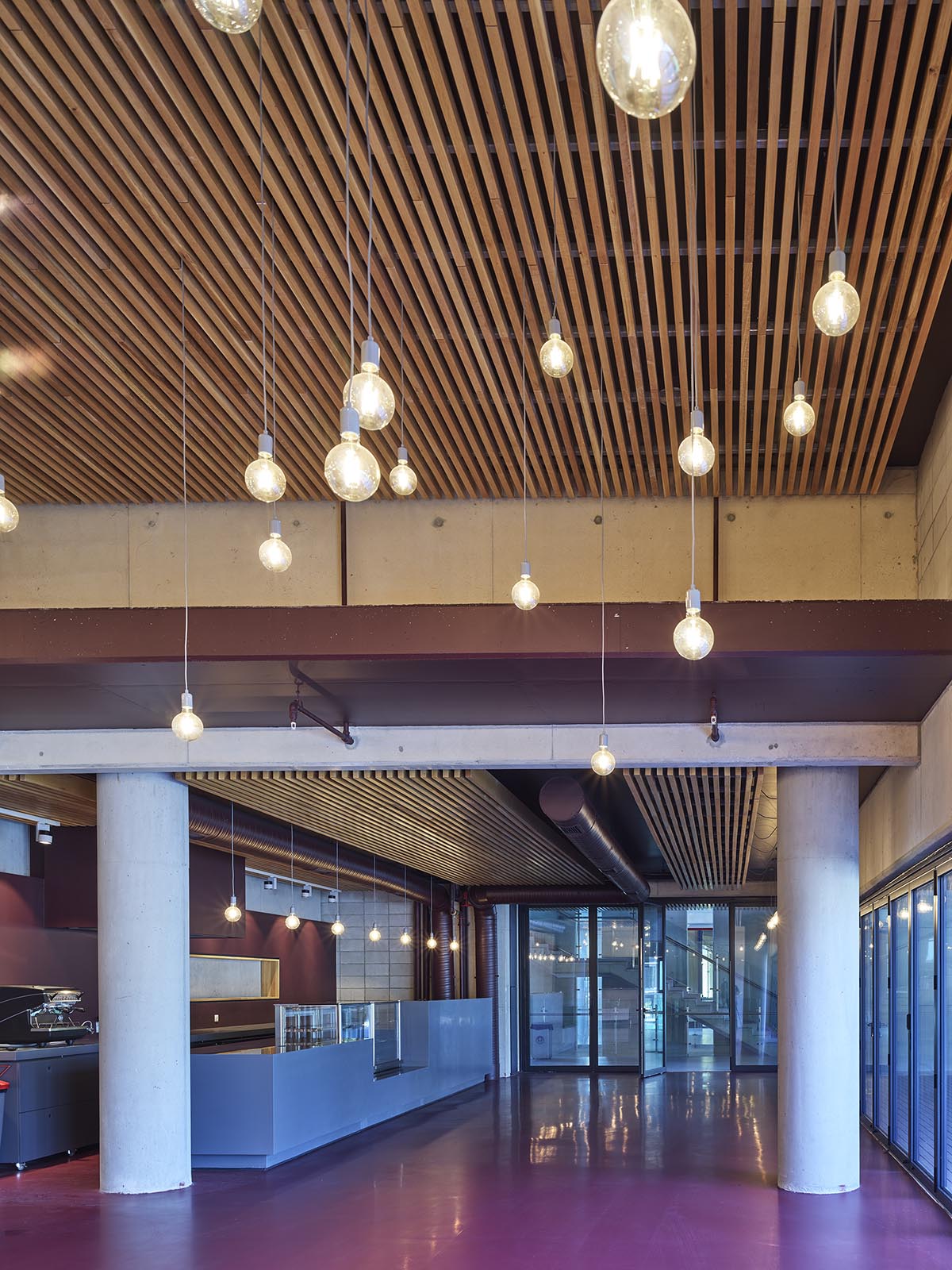 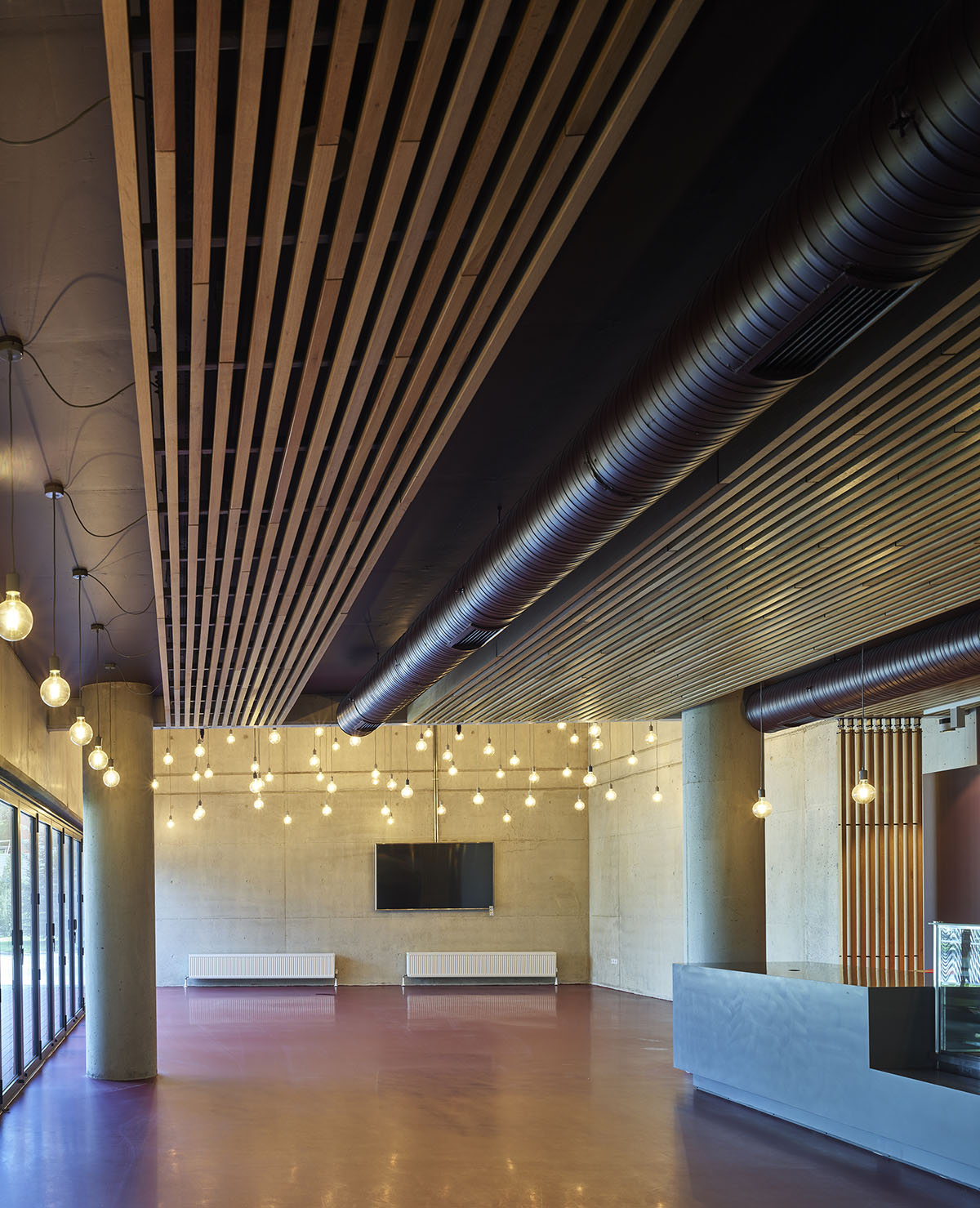 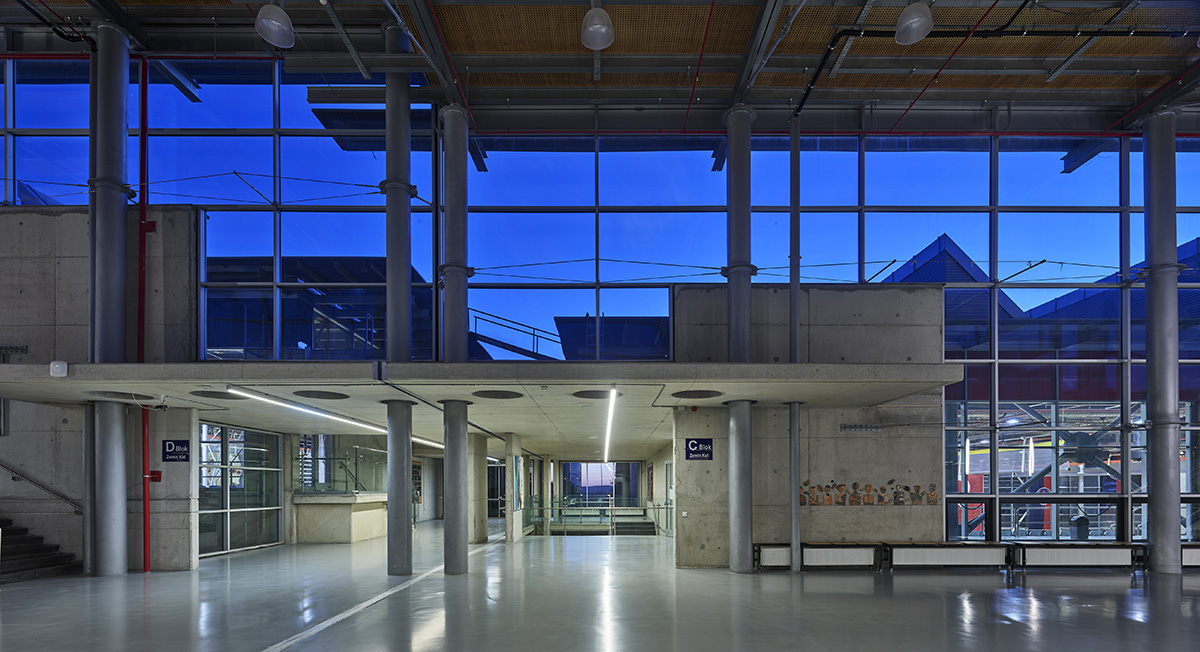 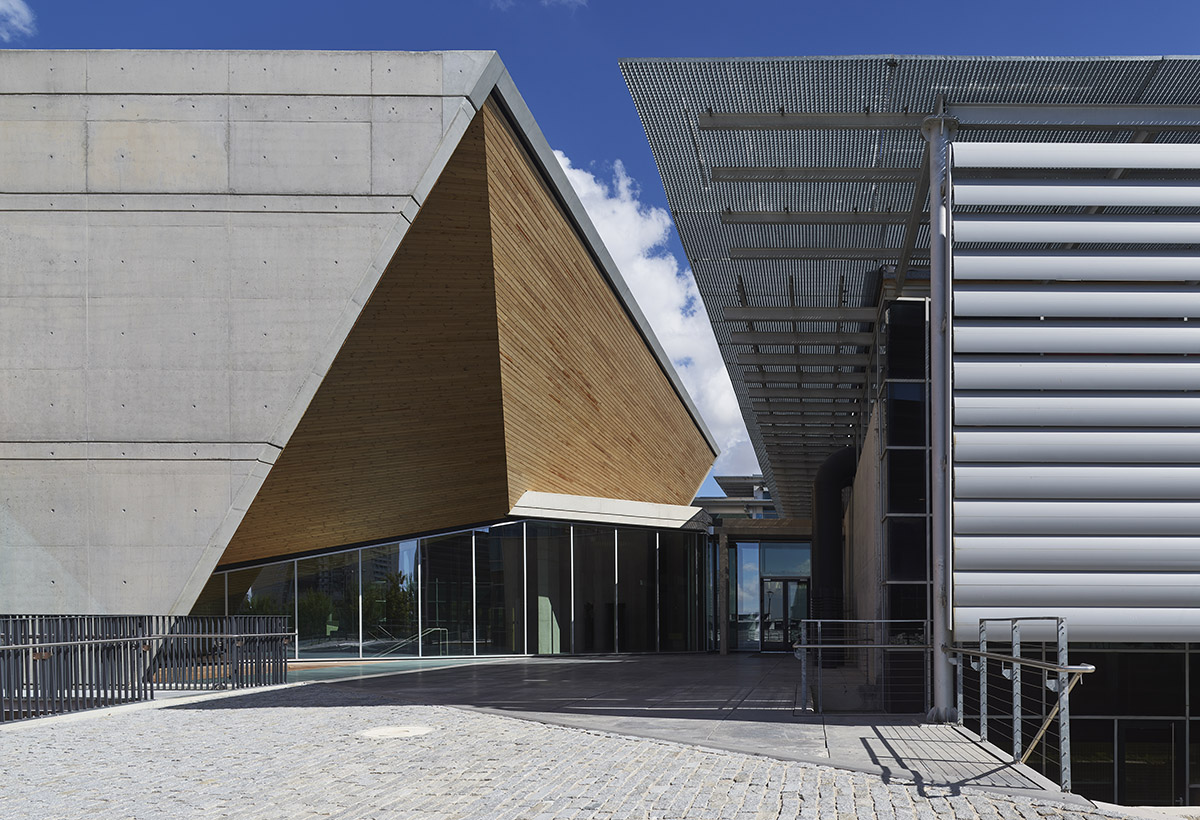 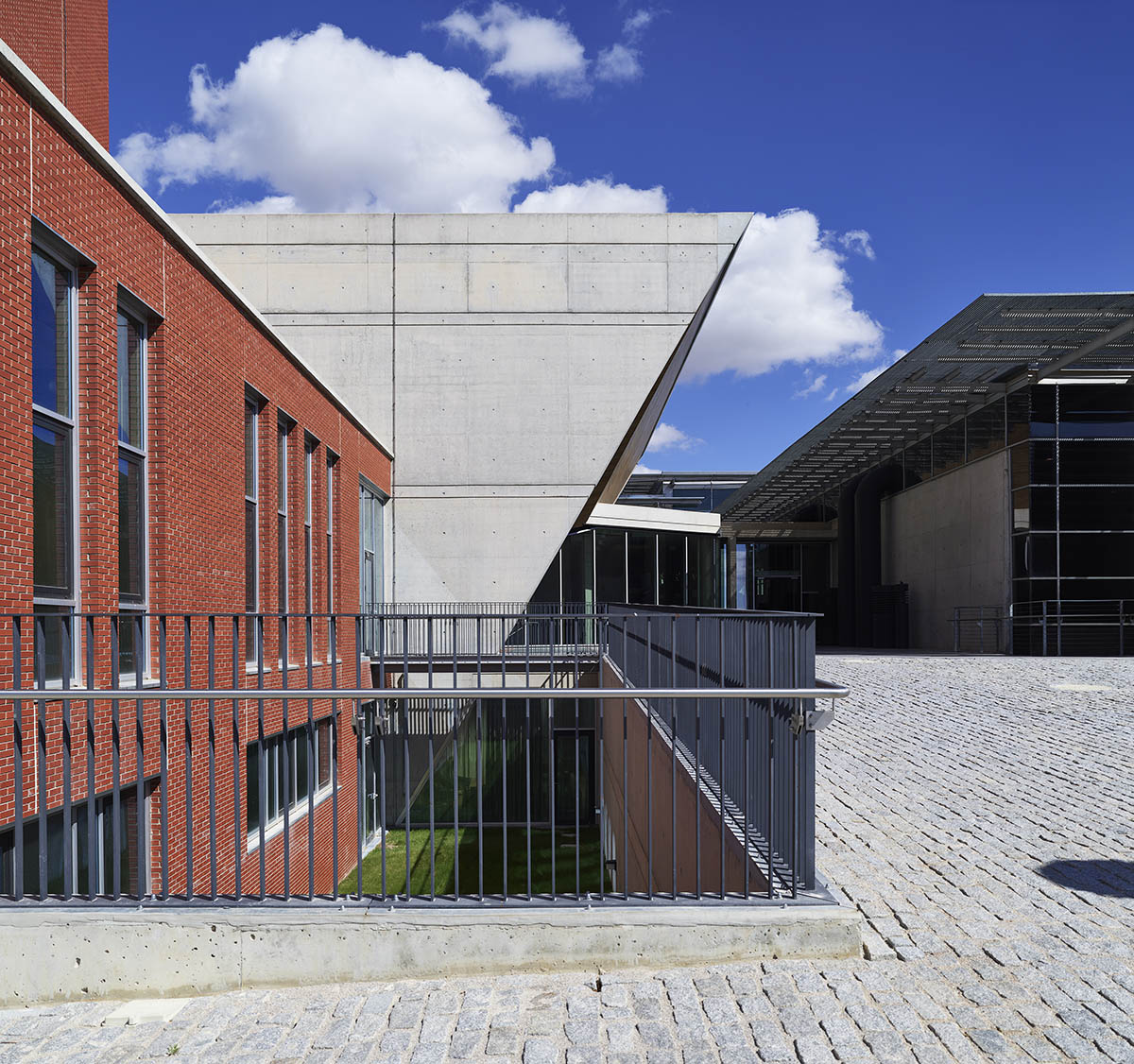 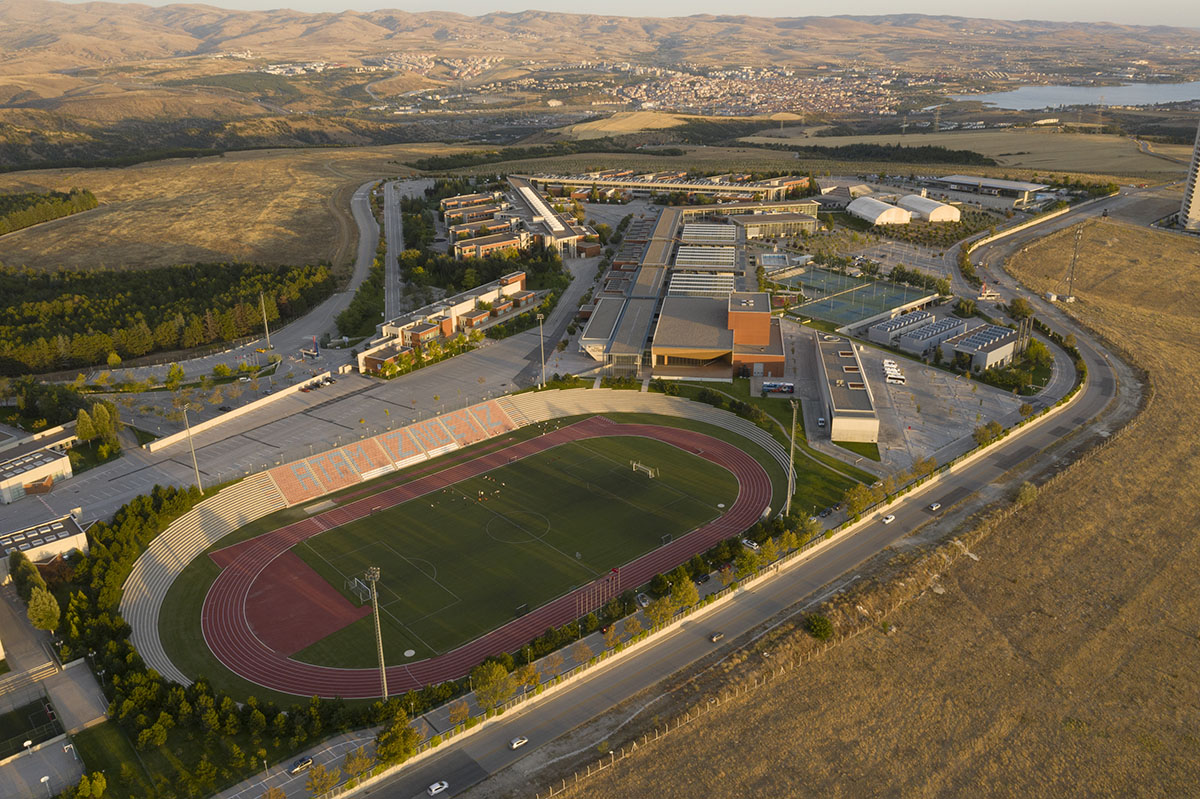 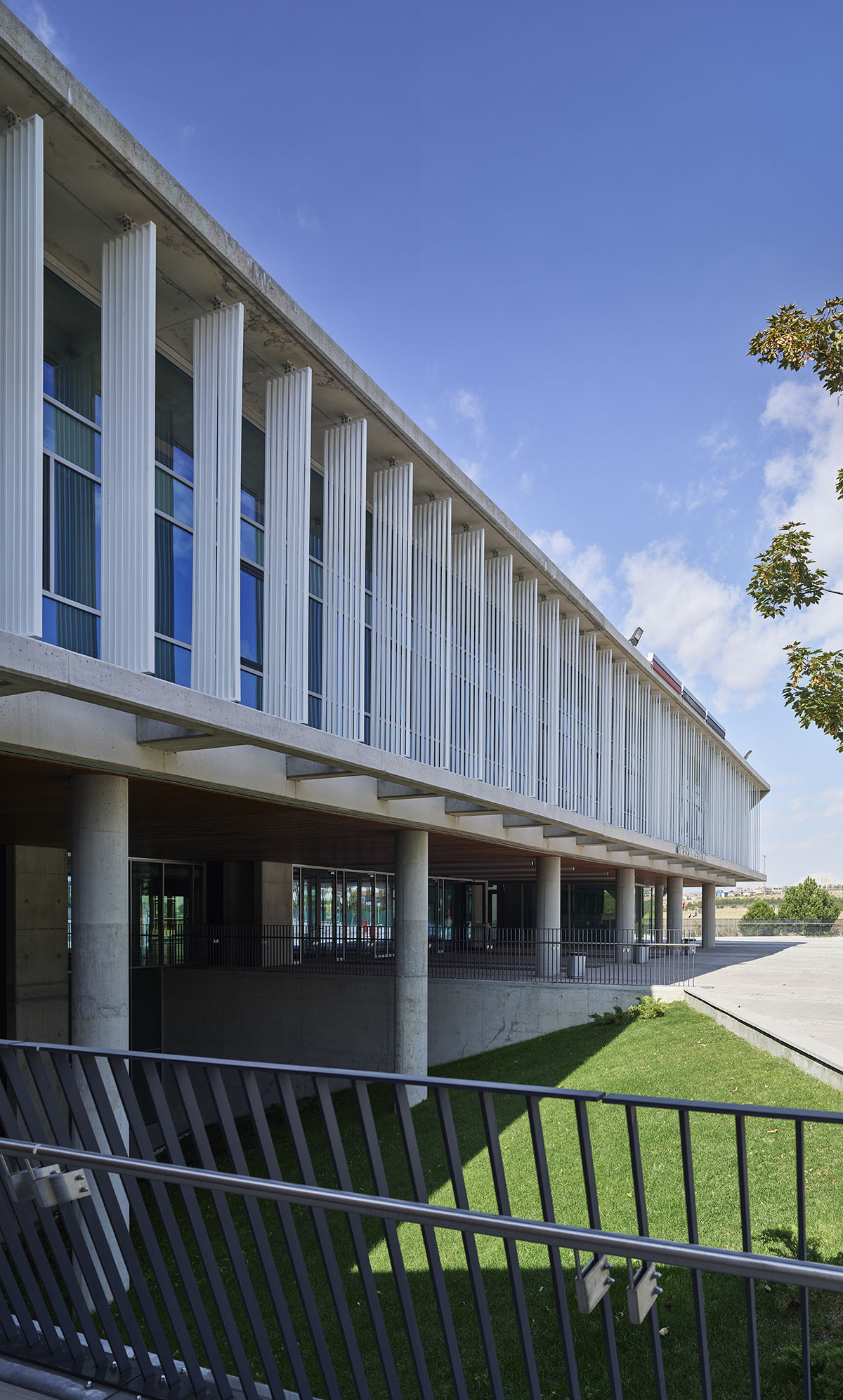 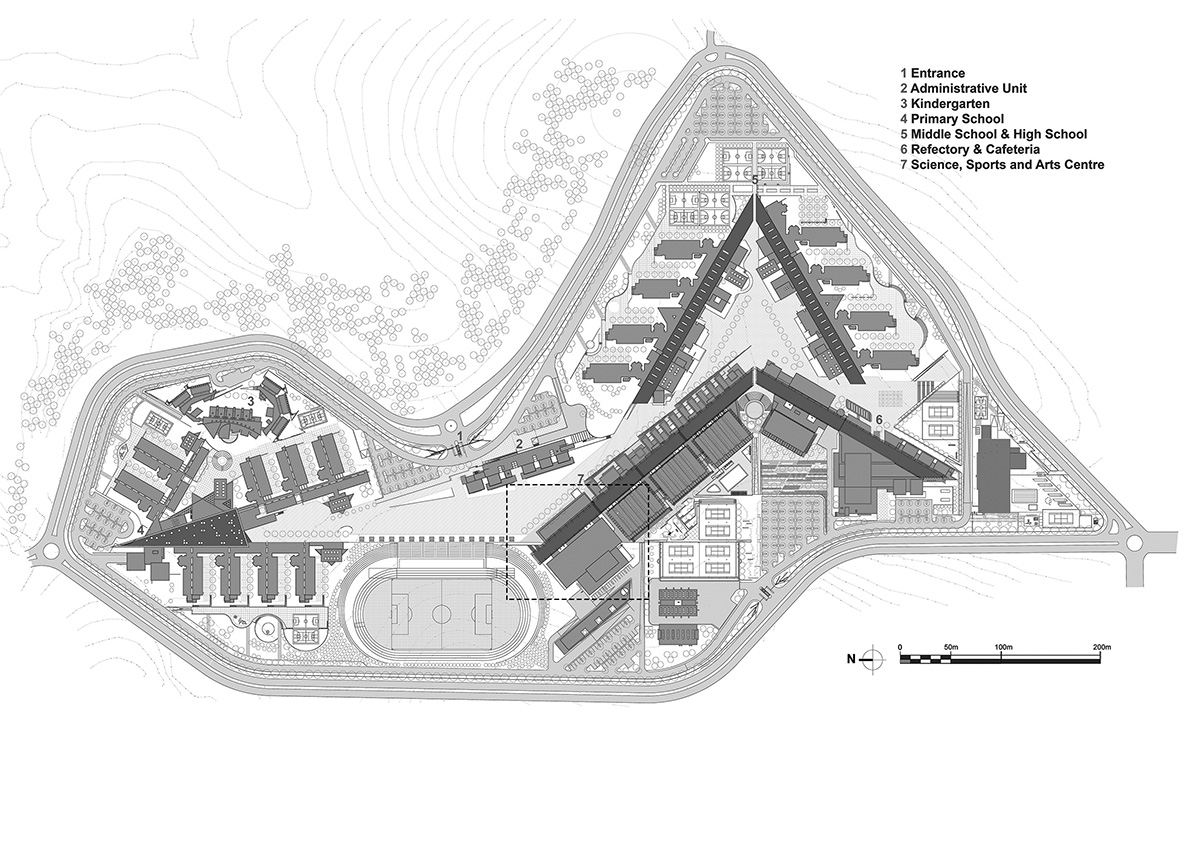 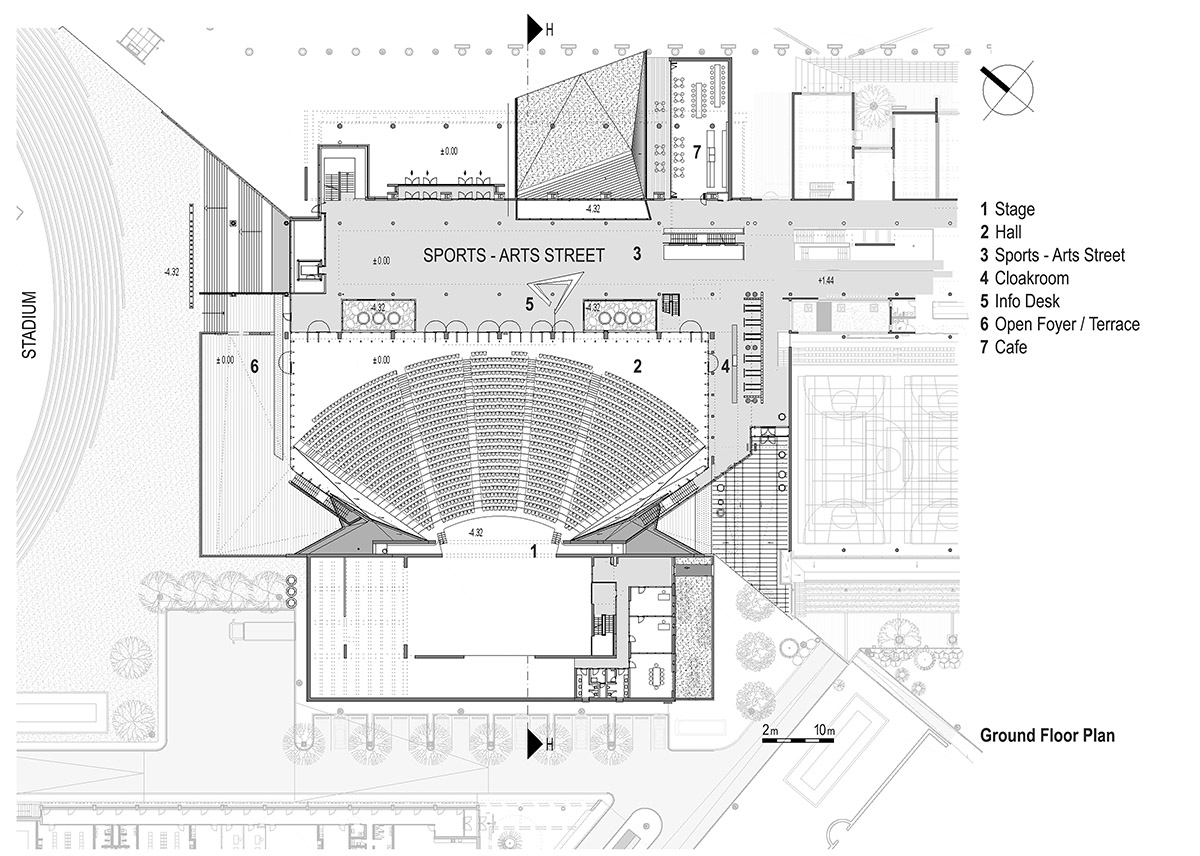 Uygur Architects was founded in 1986 by Semra Uygur and Özcan Uygur in Ankara. The office designs urban and architectural projects in various size, typology and scale over 35 years.