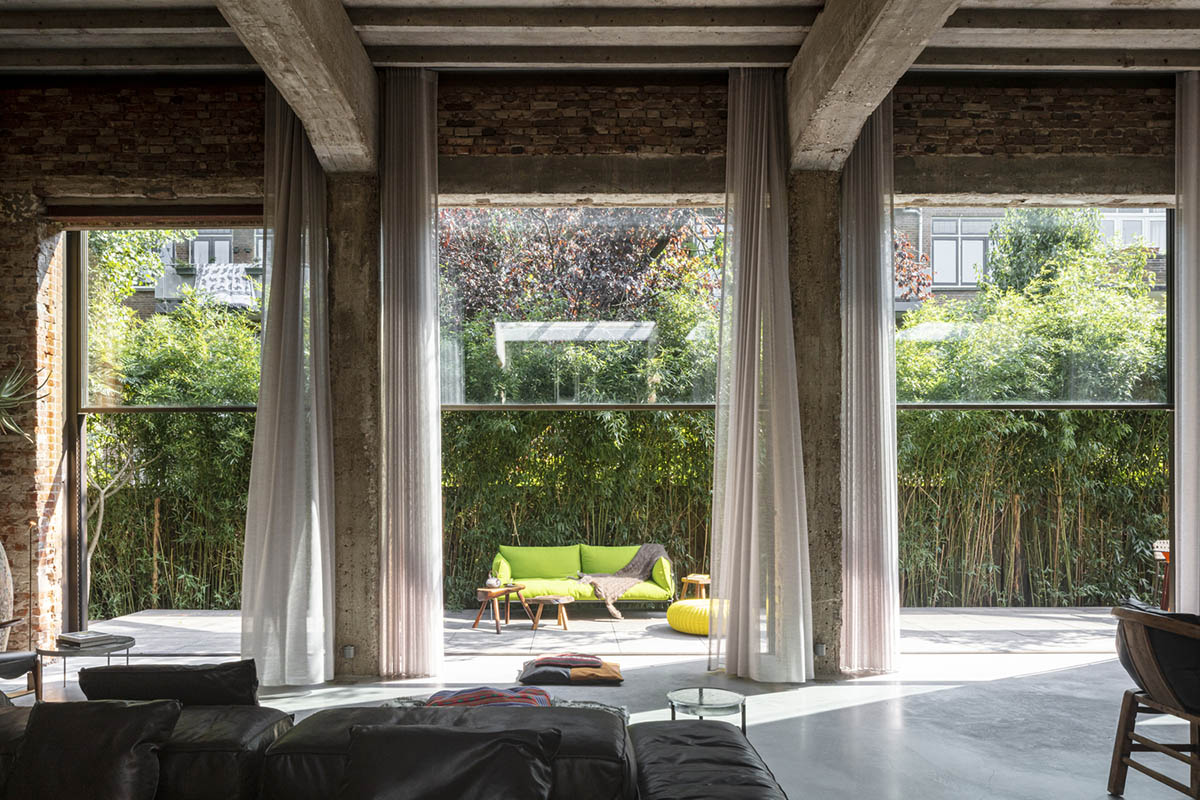 Rotterdam-based architecture studio MASA architects has converted an abandoned 1940s sports building into a new villa with naked brick walls and columns in Rotterdam, the Netherlands.

The project, named Villa West, combines the elegant beauty of existing structure with modern touches by using the old structure's high ceiling and flexible layout. The original building is an abandoned former war period sports building built in the 1940s and was never intended to be renovated. 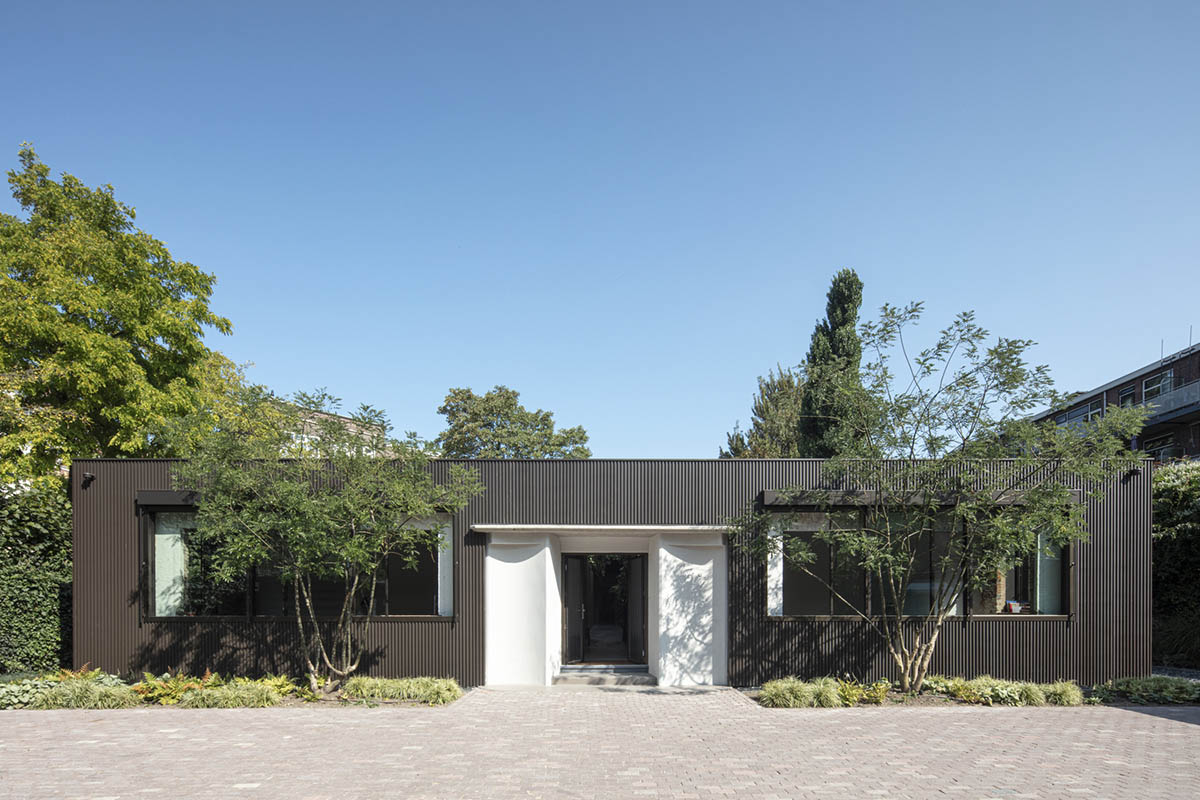 As the studio explains, real estate developers thought of demolishing it as no one would imagine making anything useful out of it. However, the client approached the site from a positive perspective and decided to transform the 'useless' building into a private villa. 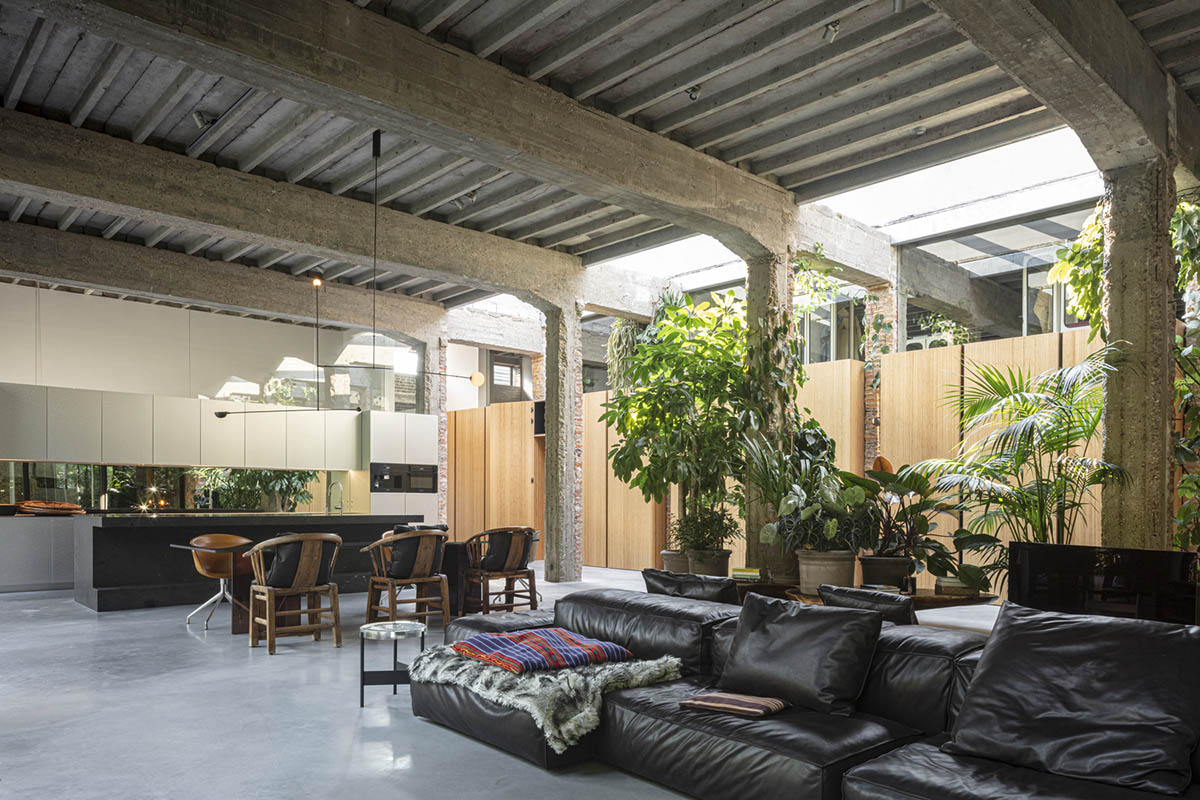 Covering a total of 708-square-meters, the new villa consists of a livable environment presenting a special challenge and made this project a unique experience.

The architects benefited from old building's existing structure and harmonized it with modern furnitures and new spatial arrangement. Breathing spaces are merged with swimming pool and lush greenery that fuses in the spaces. 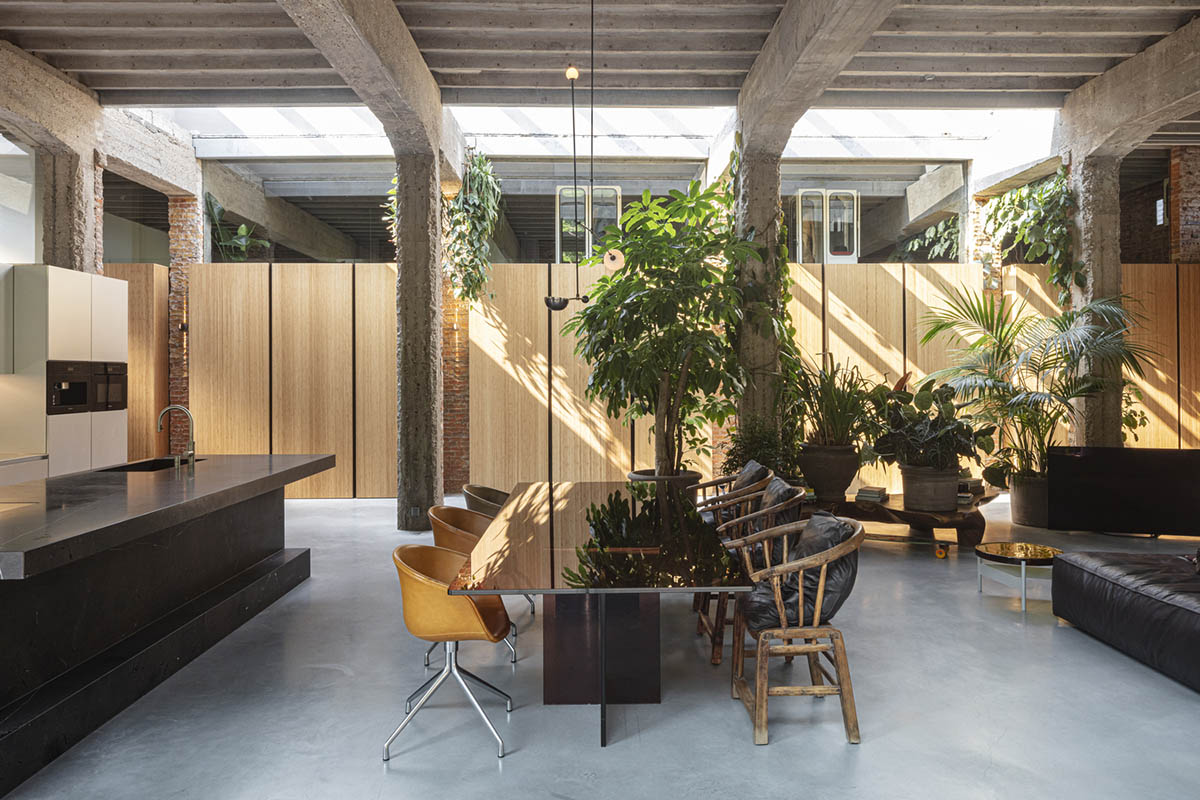 The studio started the construction work by dismantling the original structure. "An inspirational moment came when walls and ceiling were stripped bare and the raw beauty of the original materials was revealed, which in combination with the vast space filled with light presented a great point of departure," said MASA architects.

The architects preserved large spans of the sports hall to reuse in the villa to visually increase the volume and redefine the interior spaces. 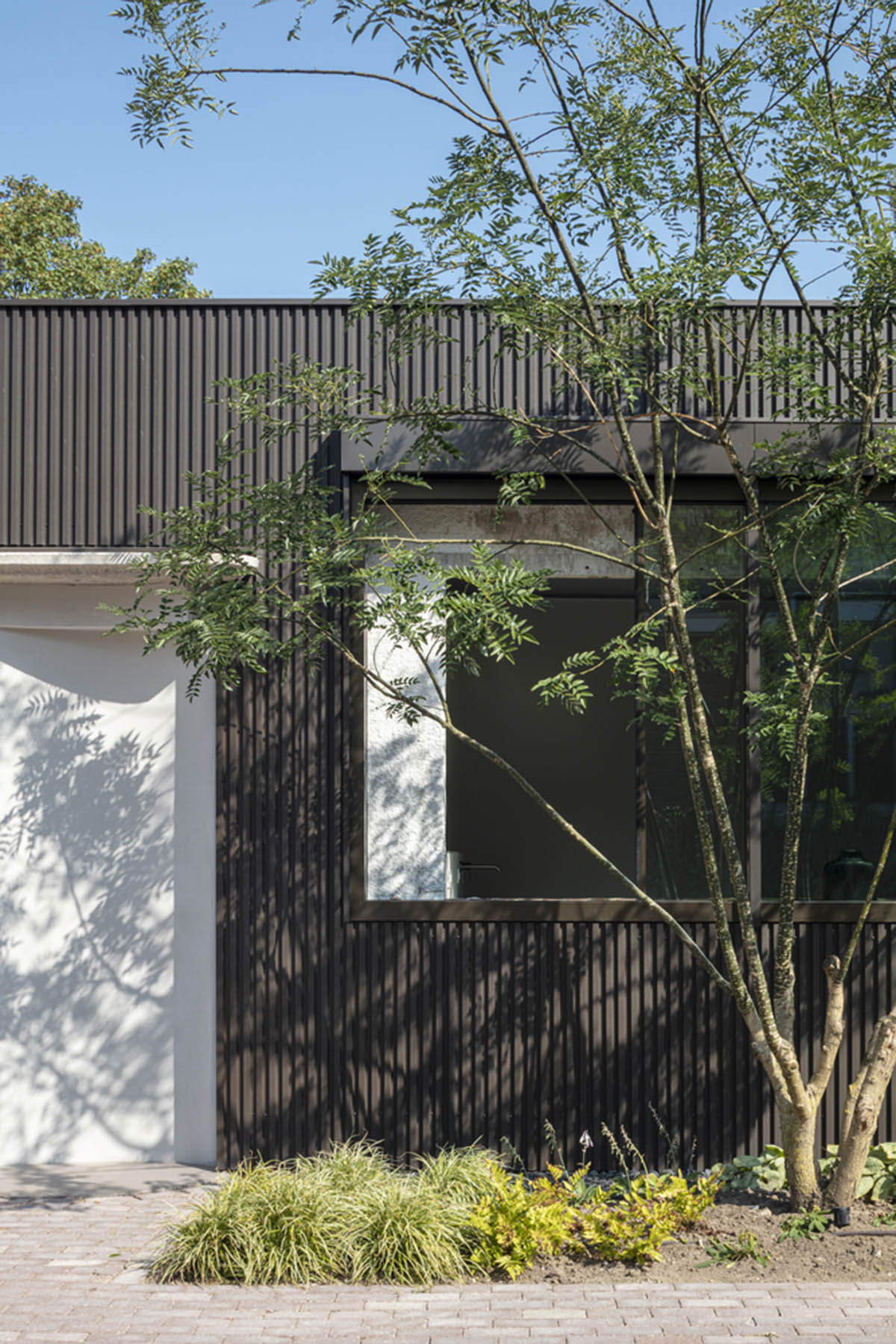 They subdivided these spans into separate rooms while preserving the 'grandeur' of the original space, which was a tricky balance according to the architects. 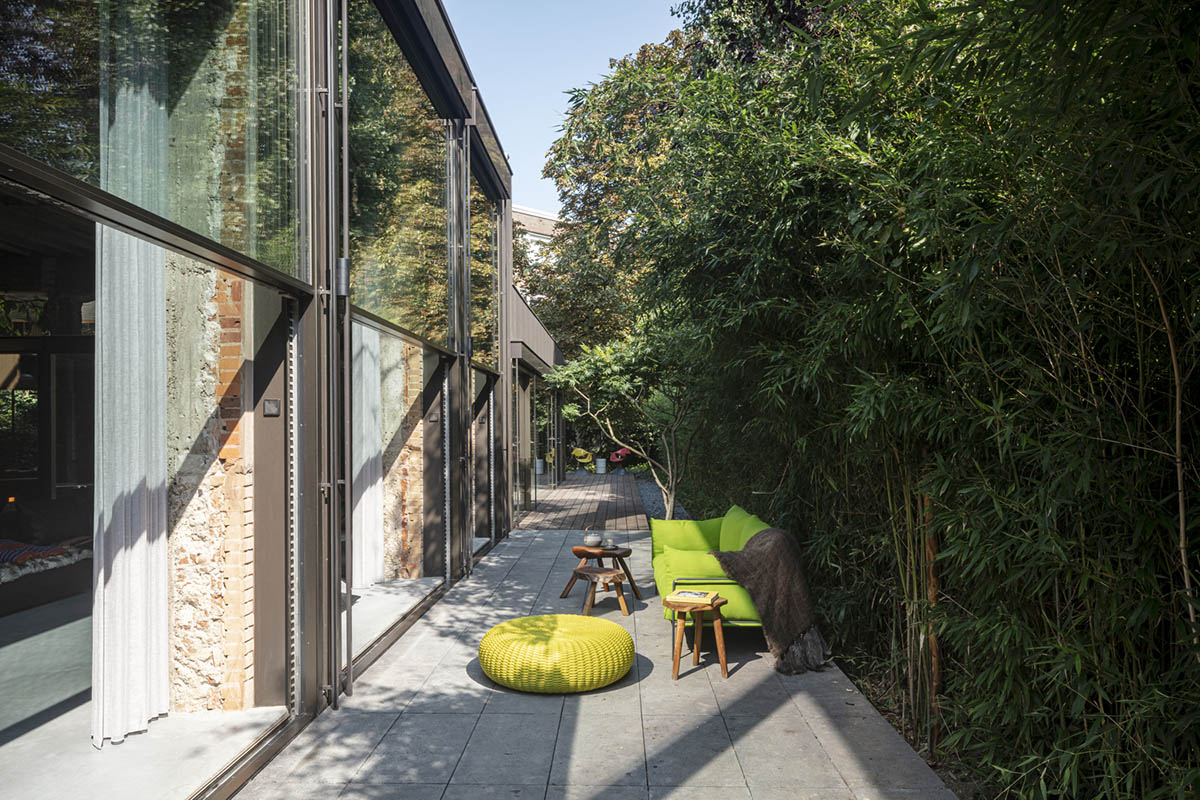 "Instead, glass or mirror surfaces are placed on top of them to create visual continuity by letting the original ceiling 'cut through the entire space, while sufficiently isolating the rooms," the studio added.

"Thus, a cozy environment of the human scale was created, leaving the visual continuity of the original space uninterrupted." Furniture units were made of natural materials and each material was applied only once to create a variety of interconnected spaces, each having a unique atmosphere. 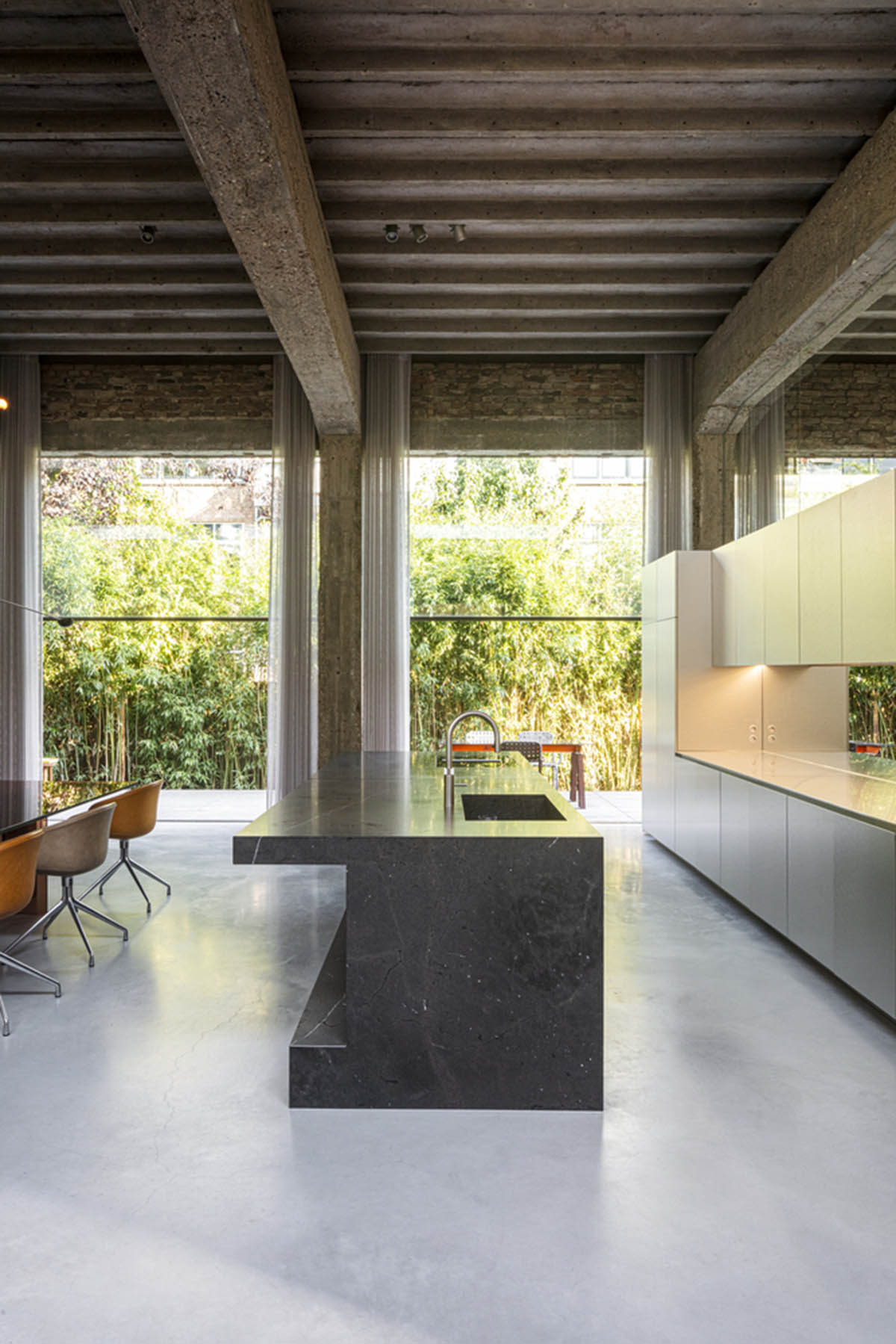 While the boundary between the interior space and the garden is intentionally blurred following the principle of visual continuity, the windows, which were initially not reaching the floor level, were cut through to the ground level to make large openings along the façade. 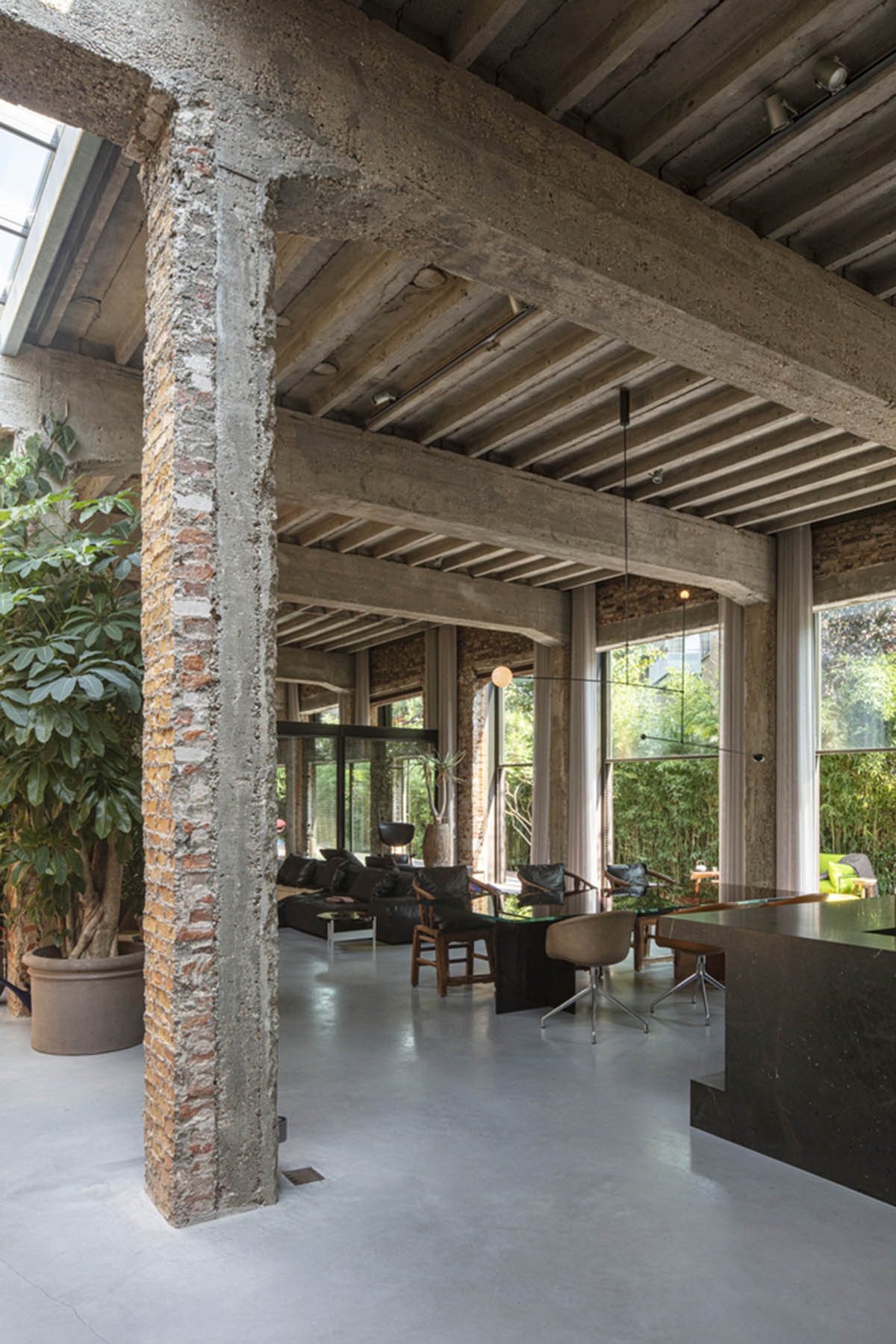 "Reflected in the polished semi-gloss concrete floor, large windows create a feeling of lightness and openness, in a way making nature 'step in' and enrich the interior space," the firm added. 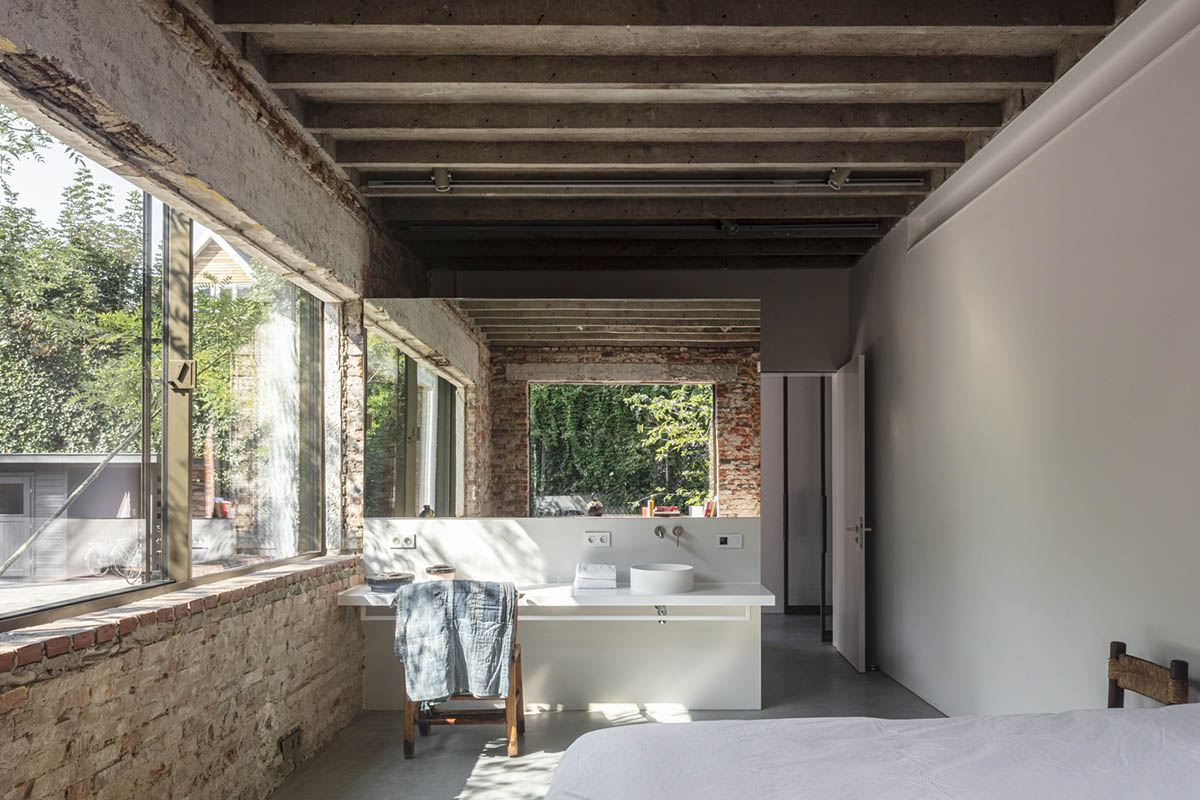 The deck surface of the outdoor garden continues to the floor level of the interior. The 4-5m height row of bamboo creates a buffer space separating the villa from the surrounding apartment buildings. An elegant indoor space is placed at the end of the house. 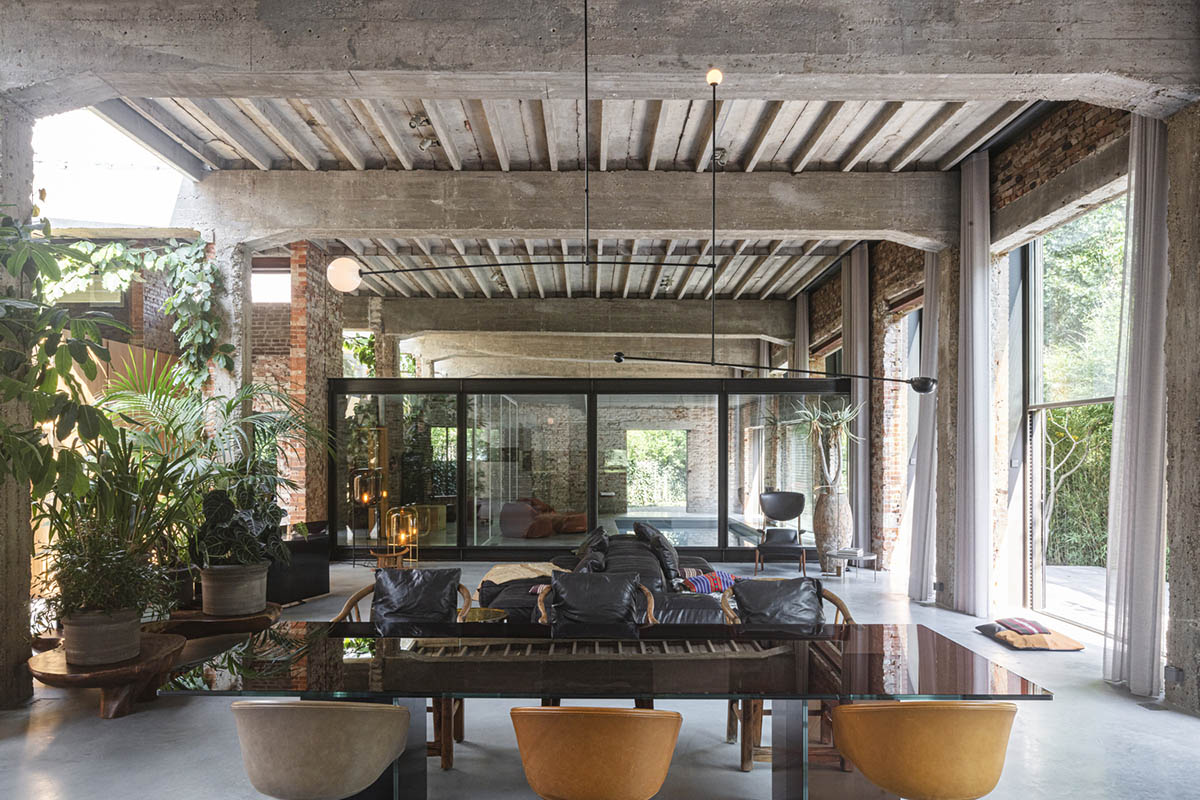 A great view opens from the swimming pool 'box' framed by a black contour of the glass wall, to the 'heart' of the house: the kitchen and living room, placed along the same axis. 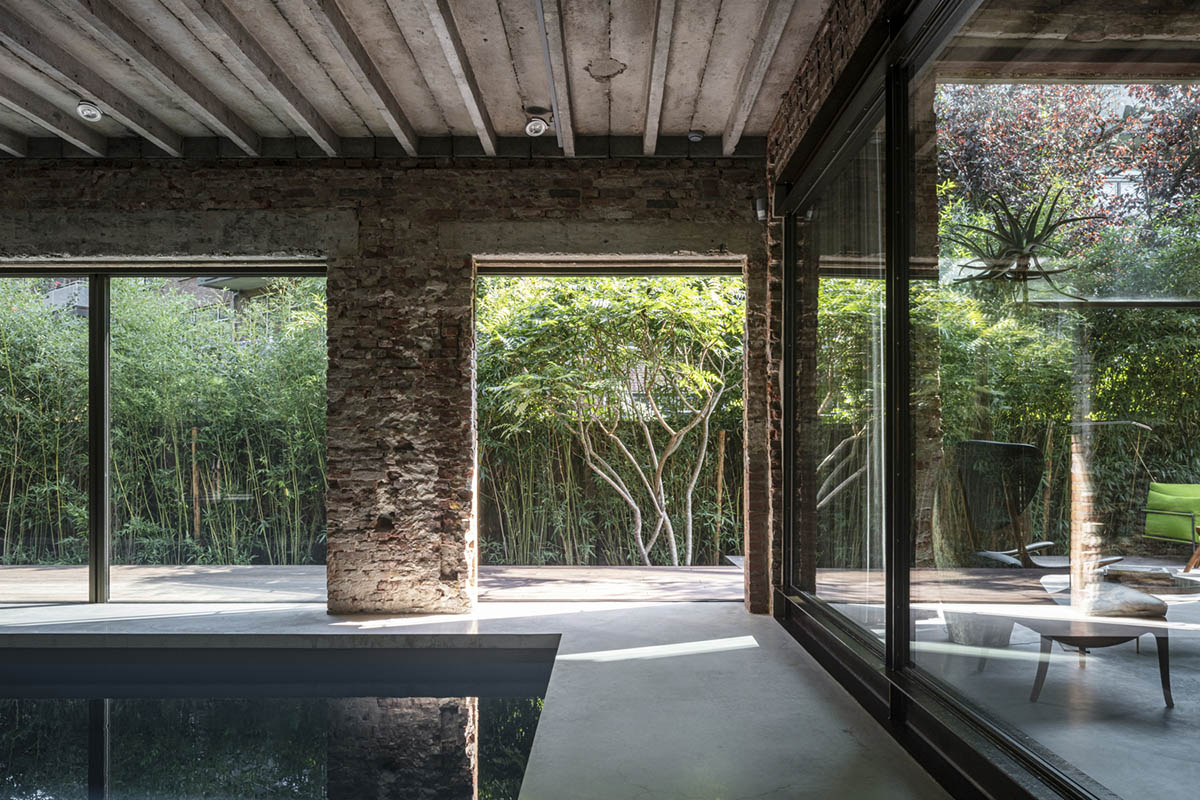 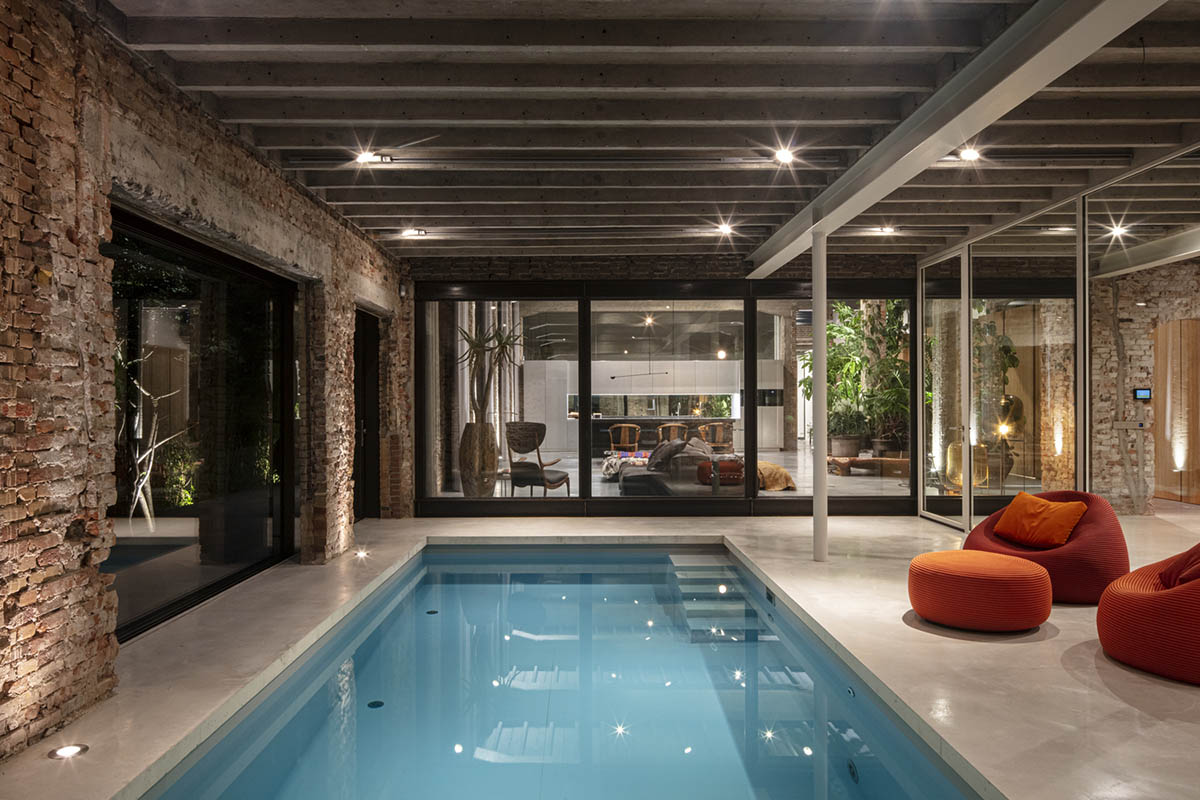 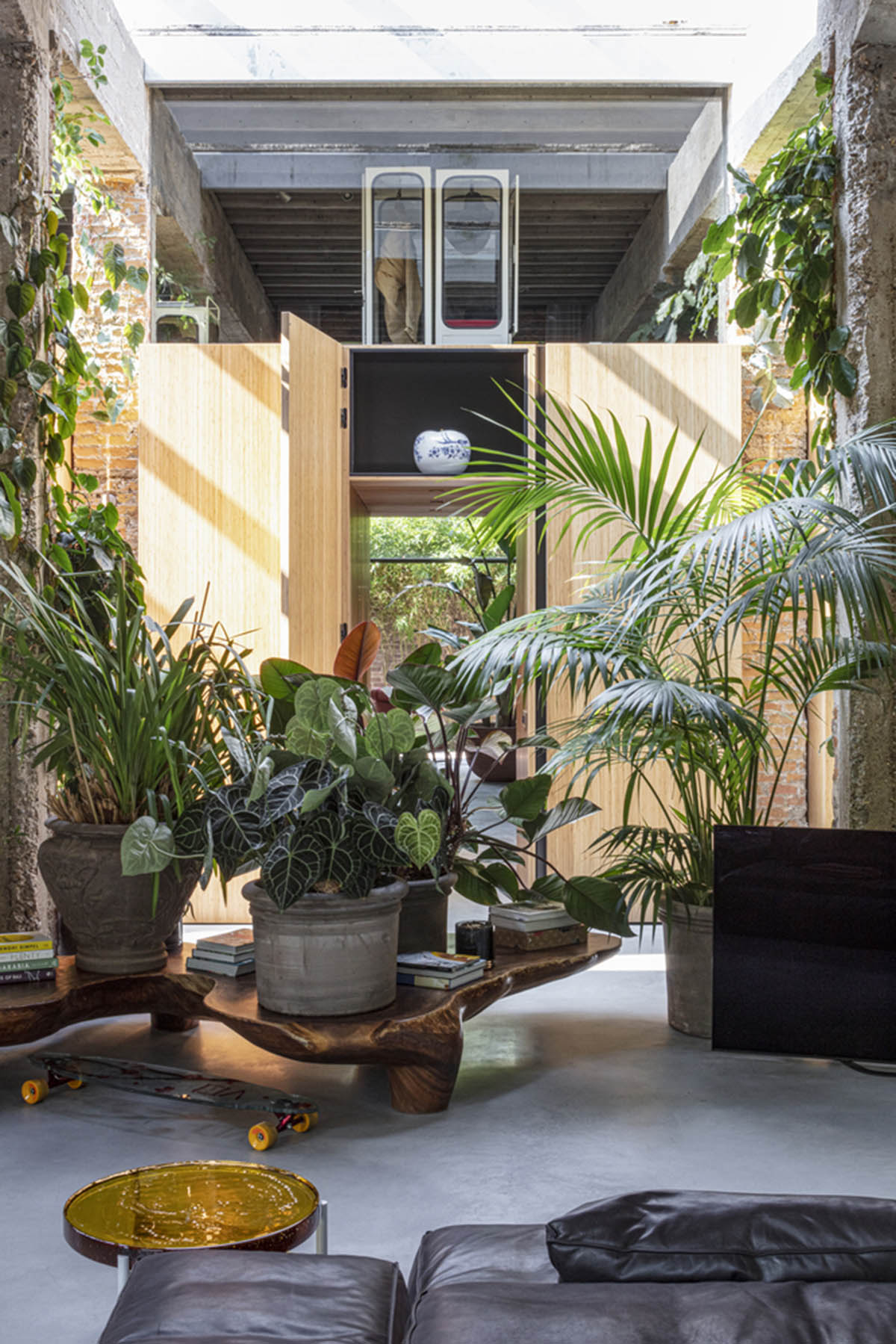 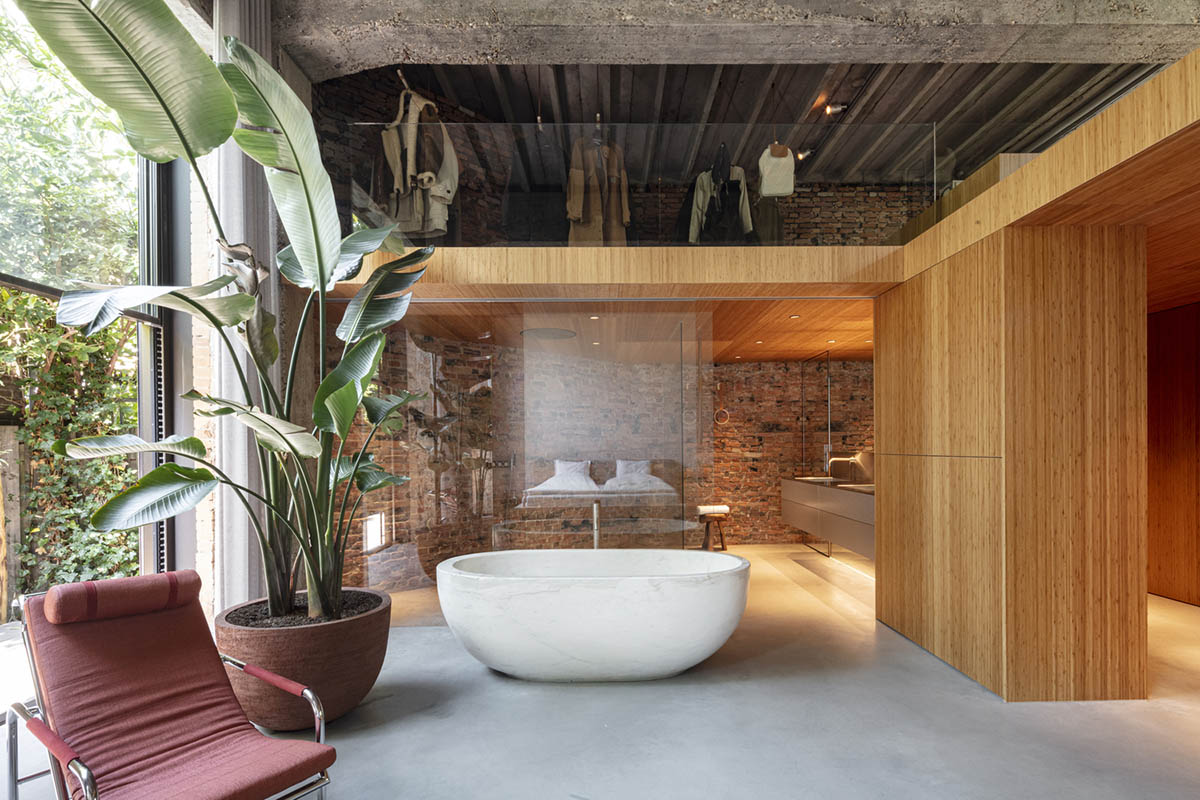 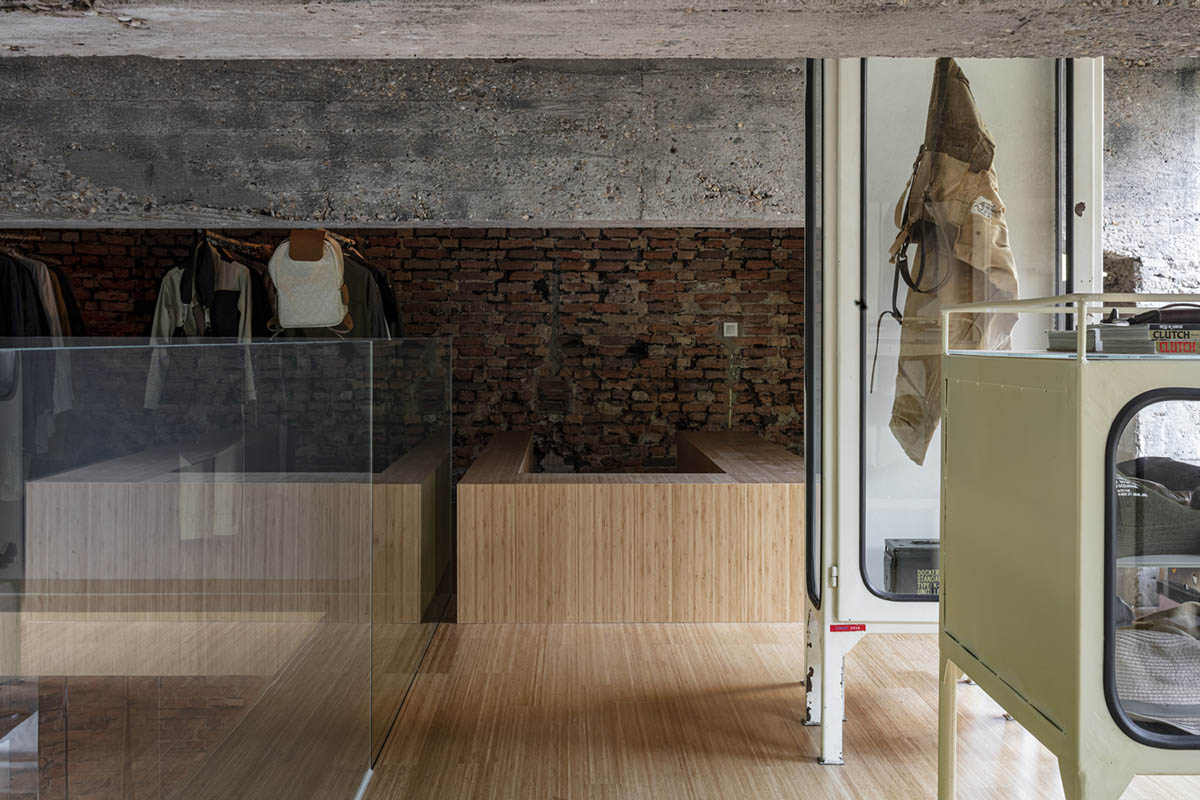 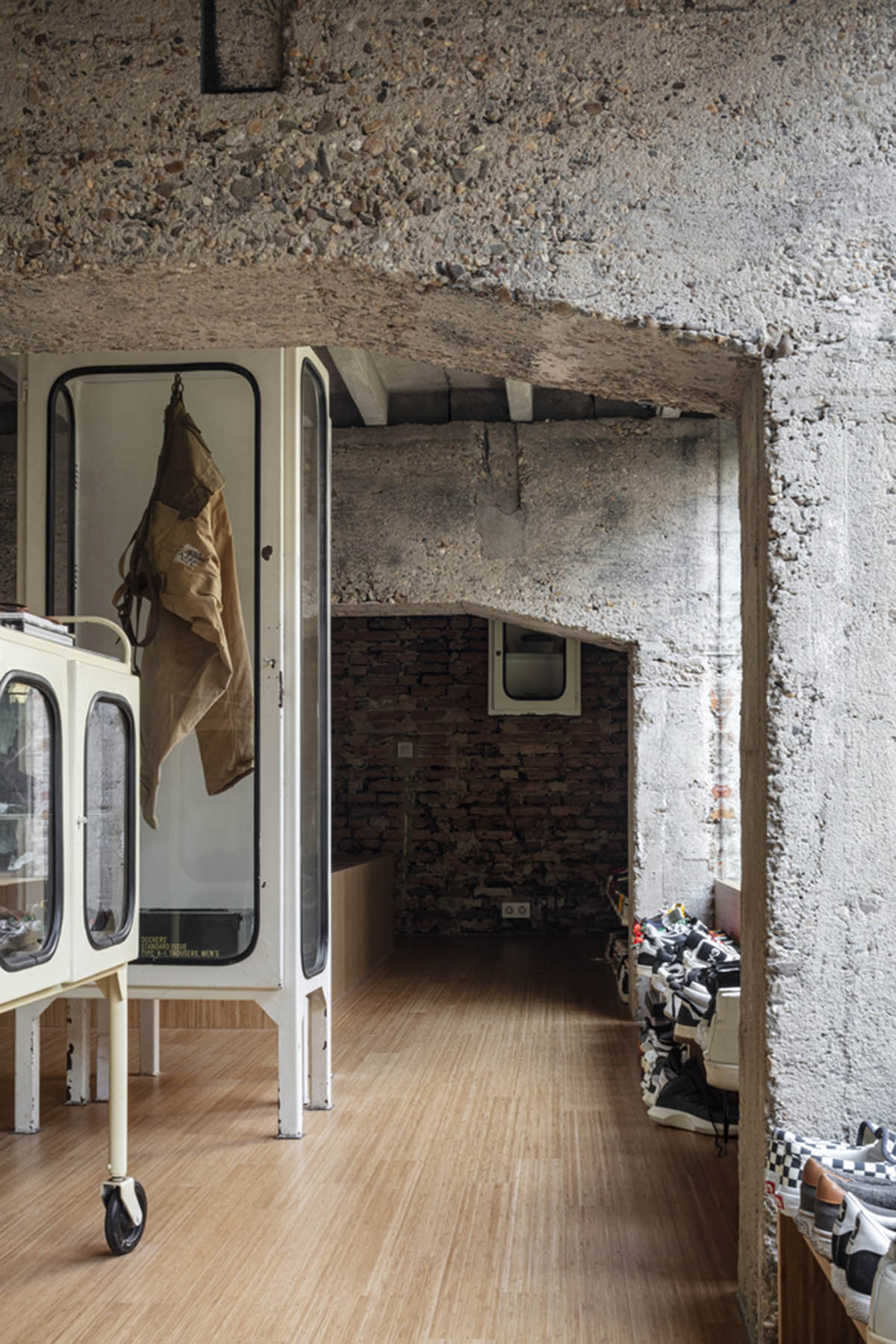 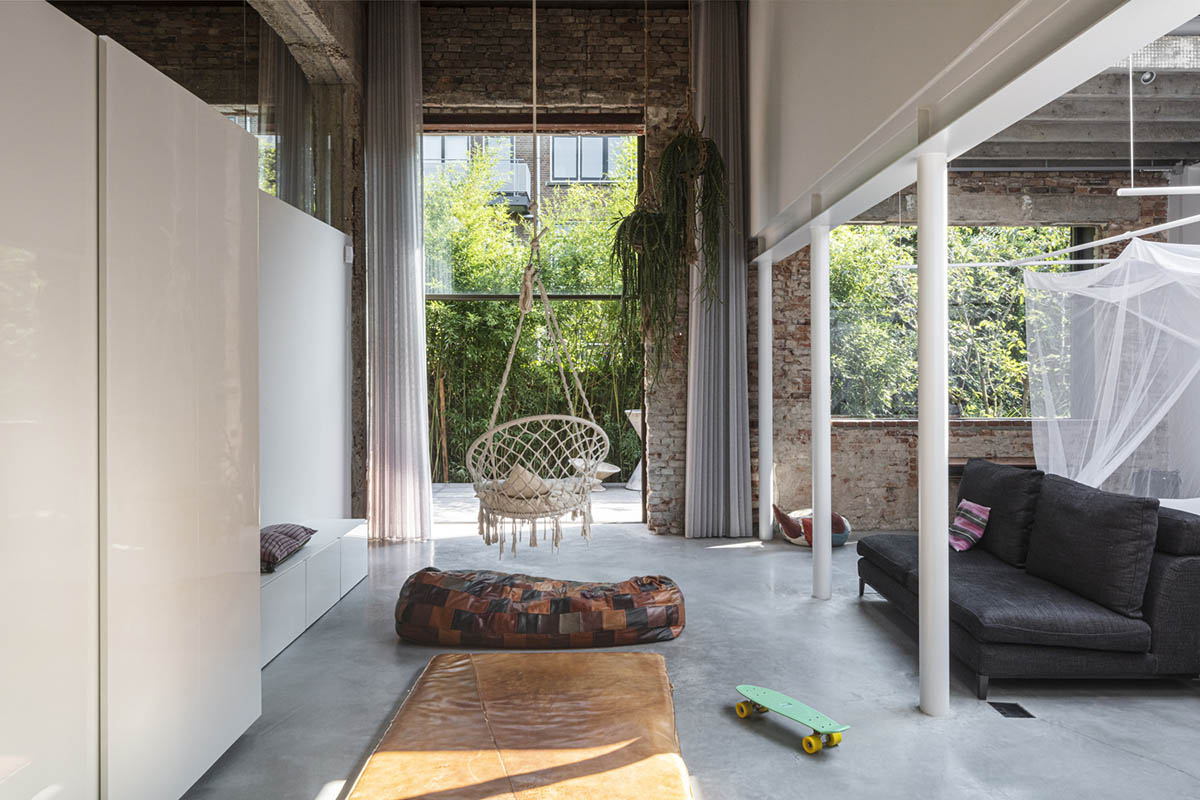 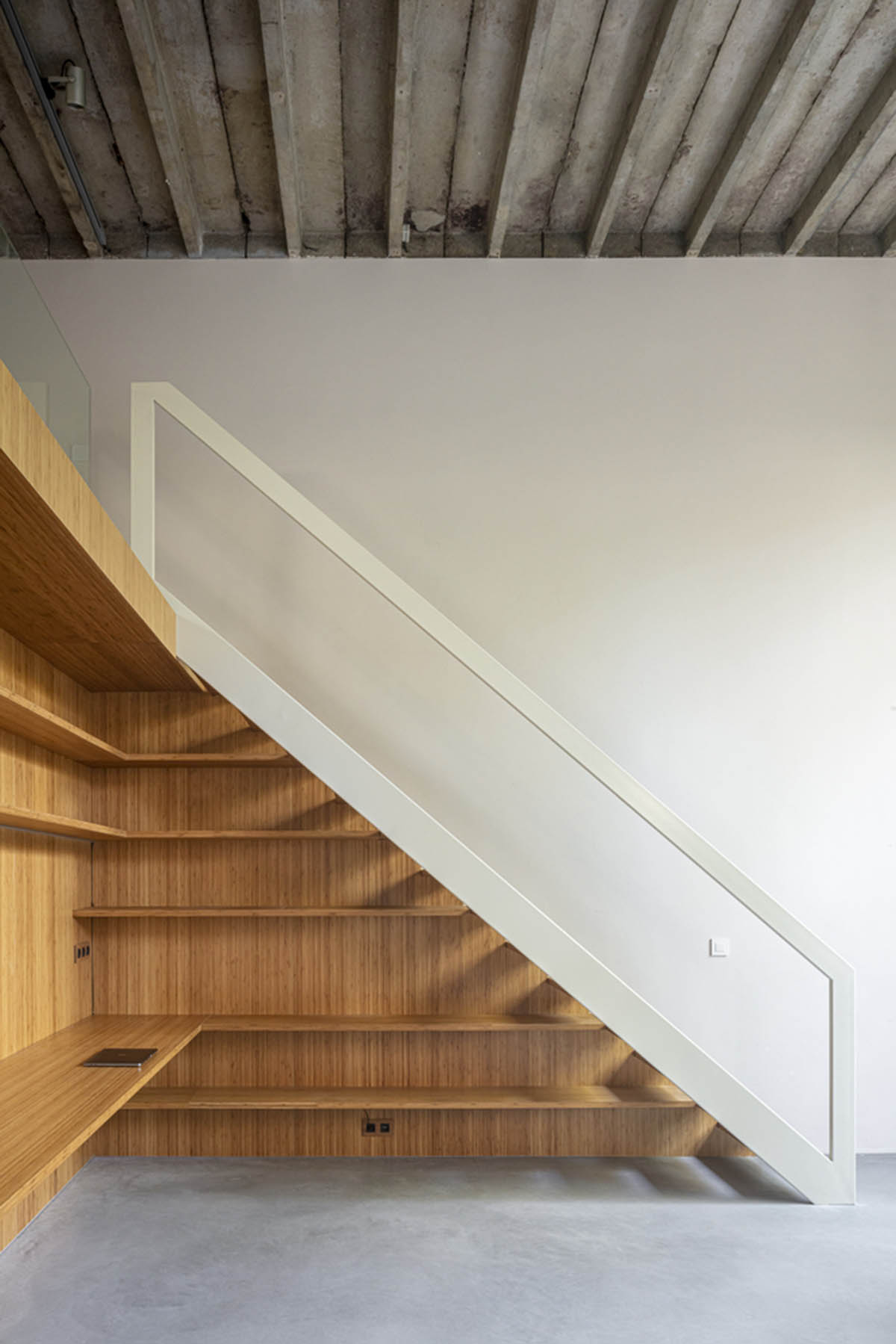 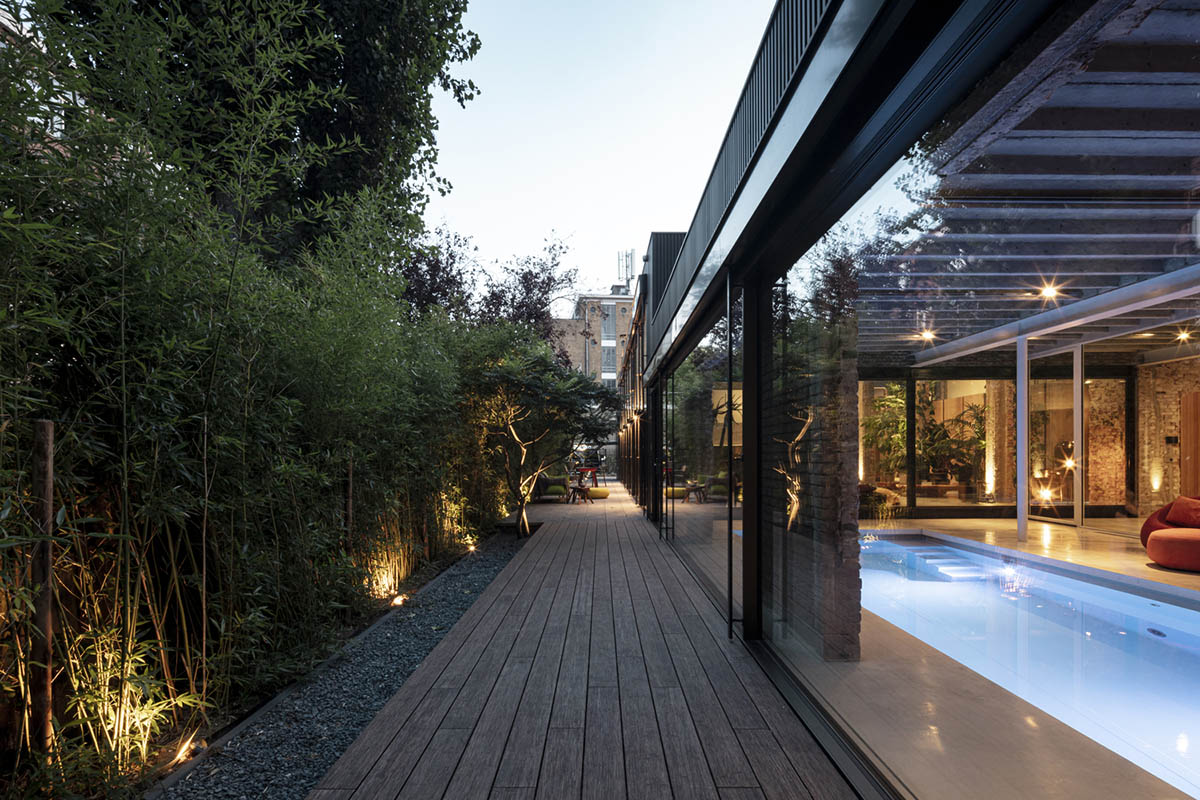 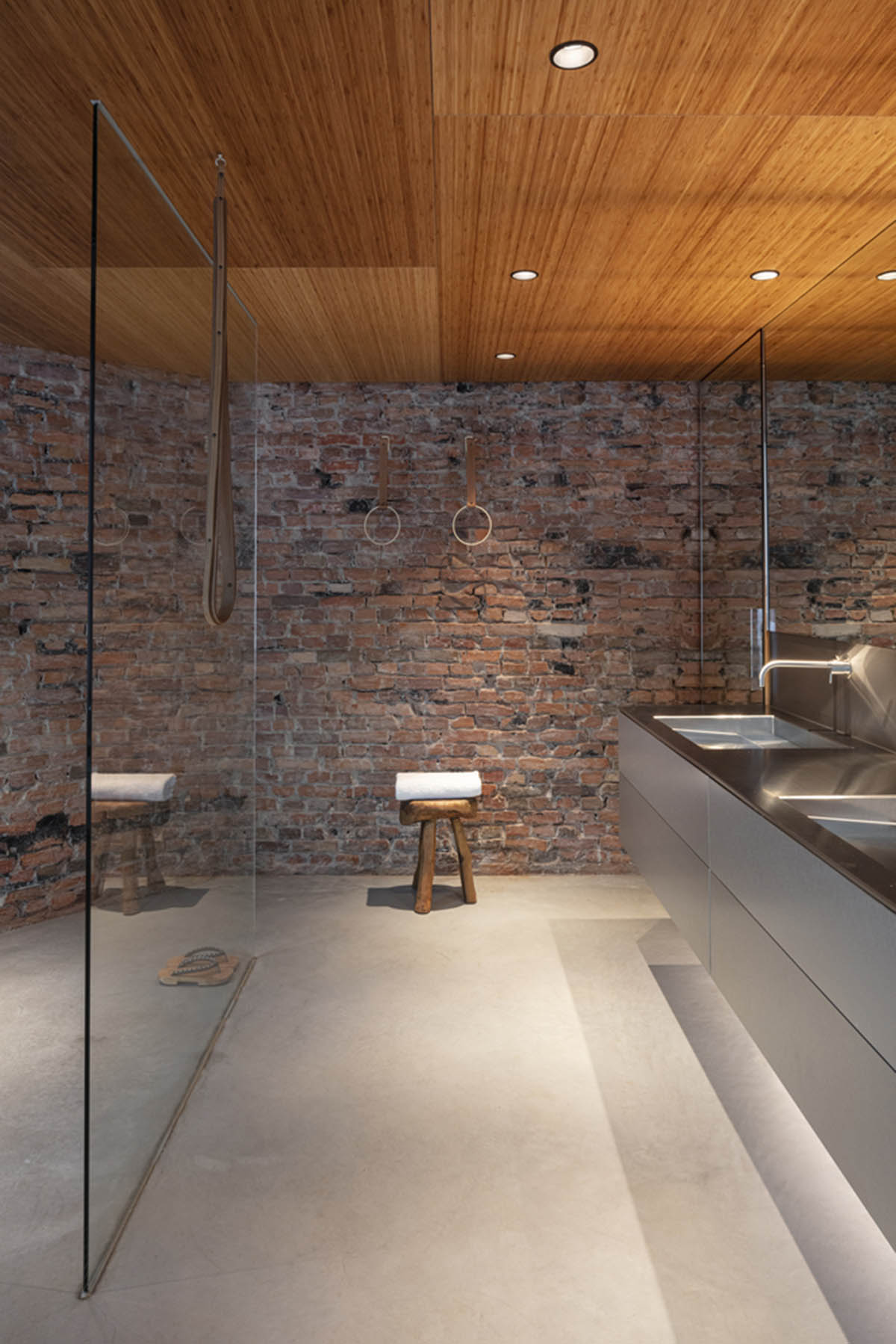 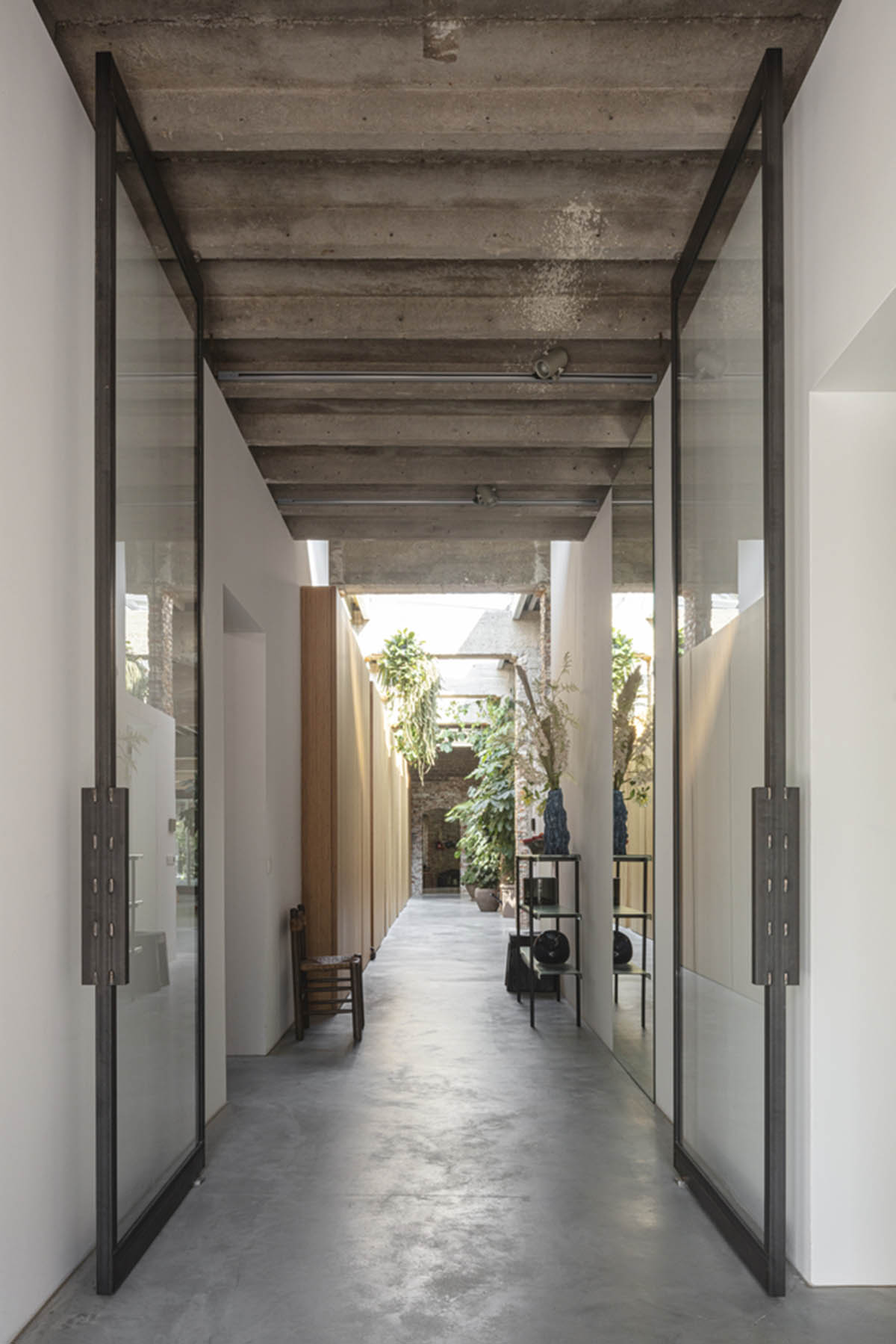 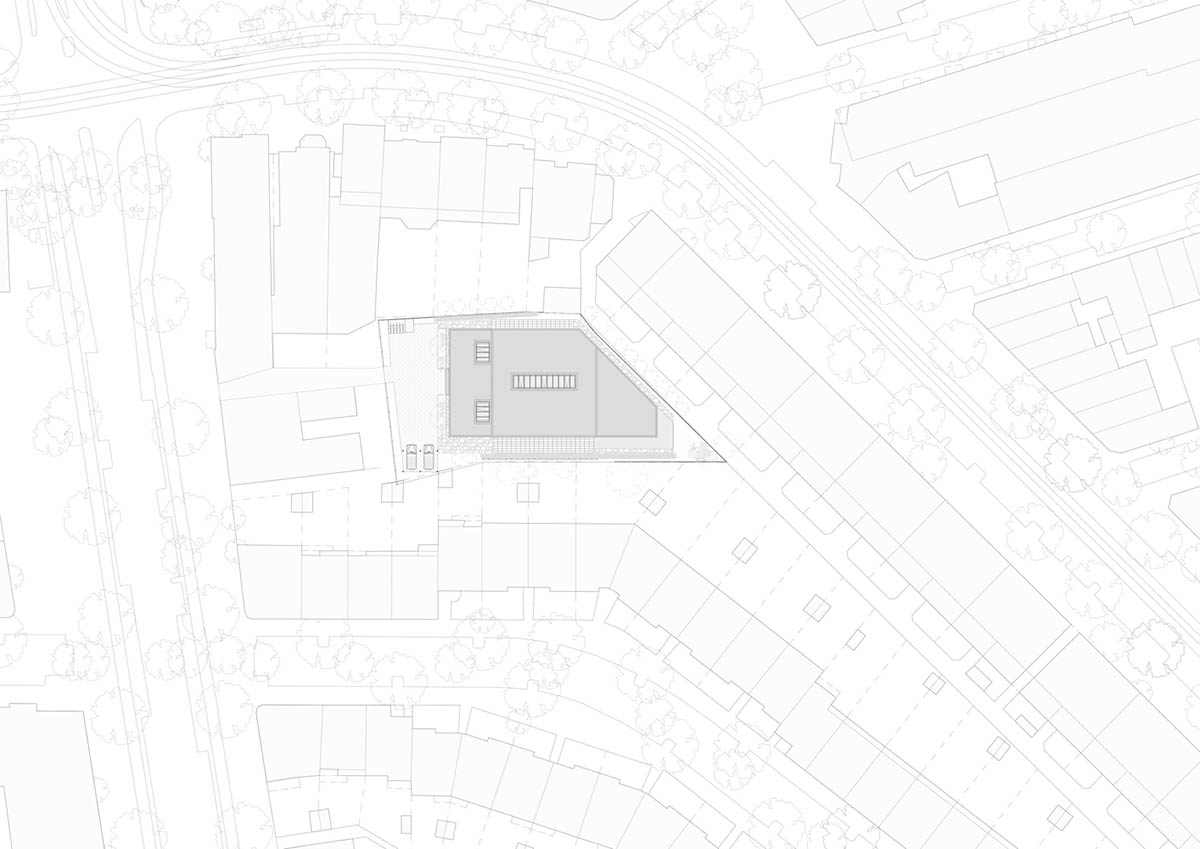 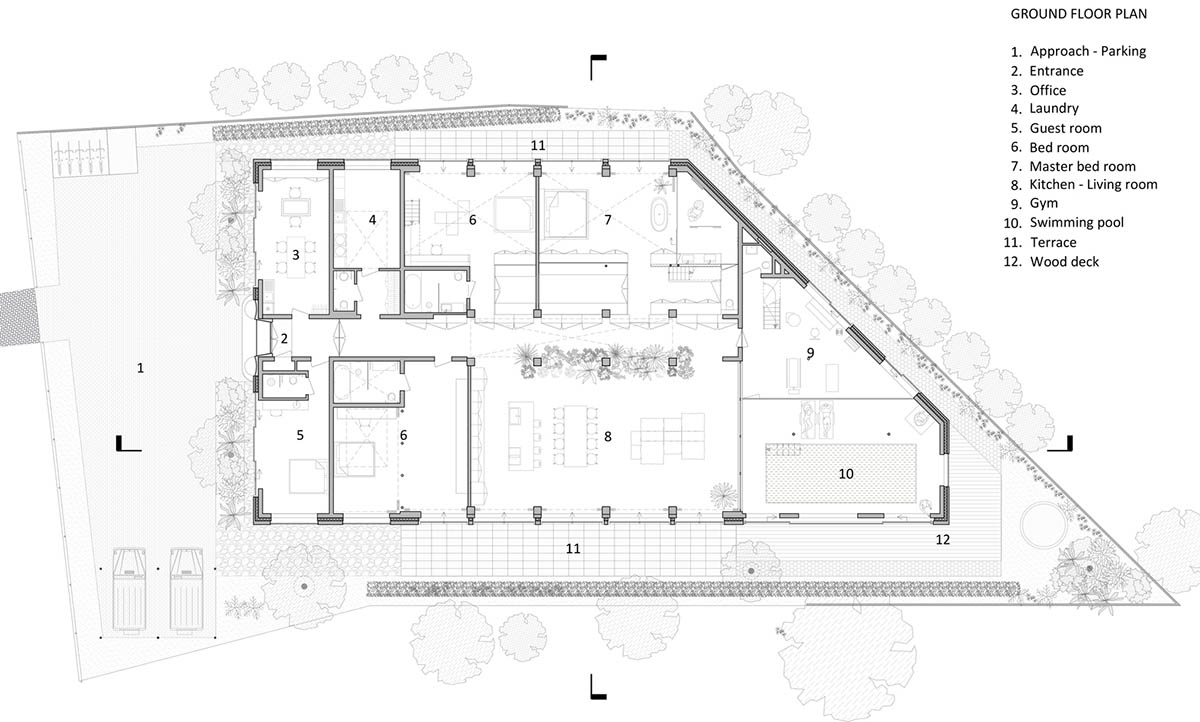 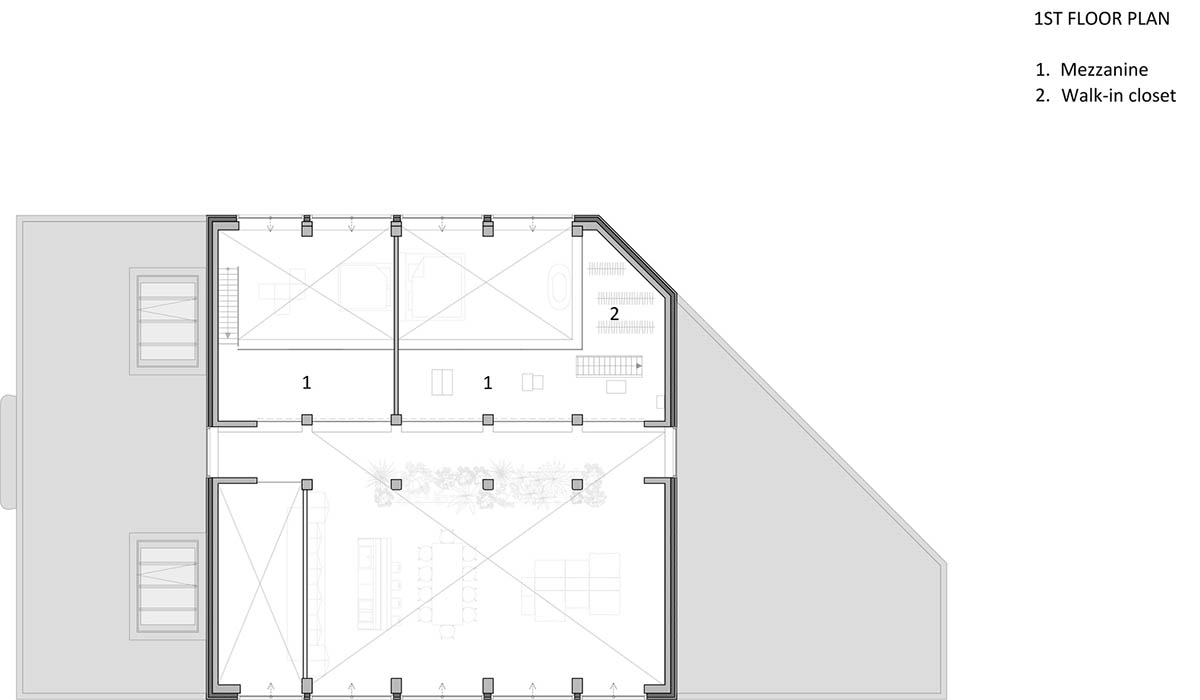 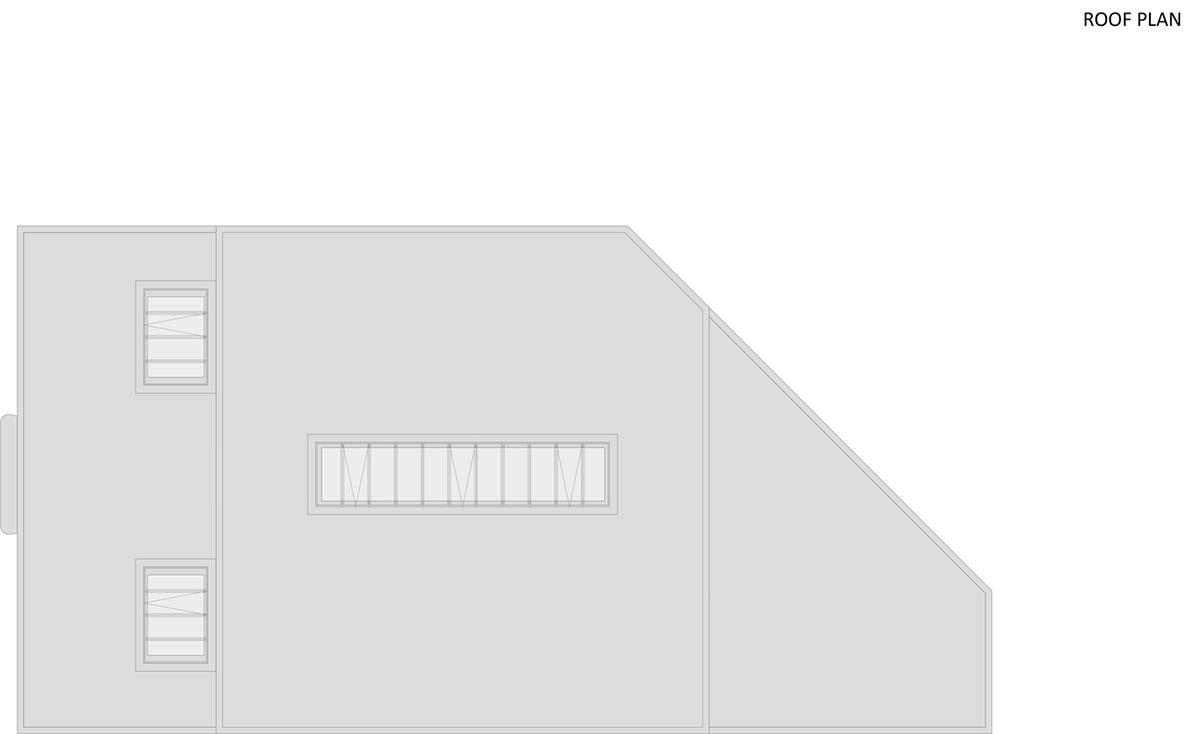 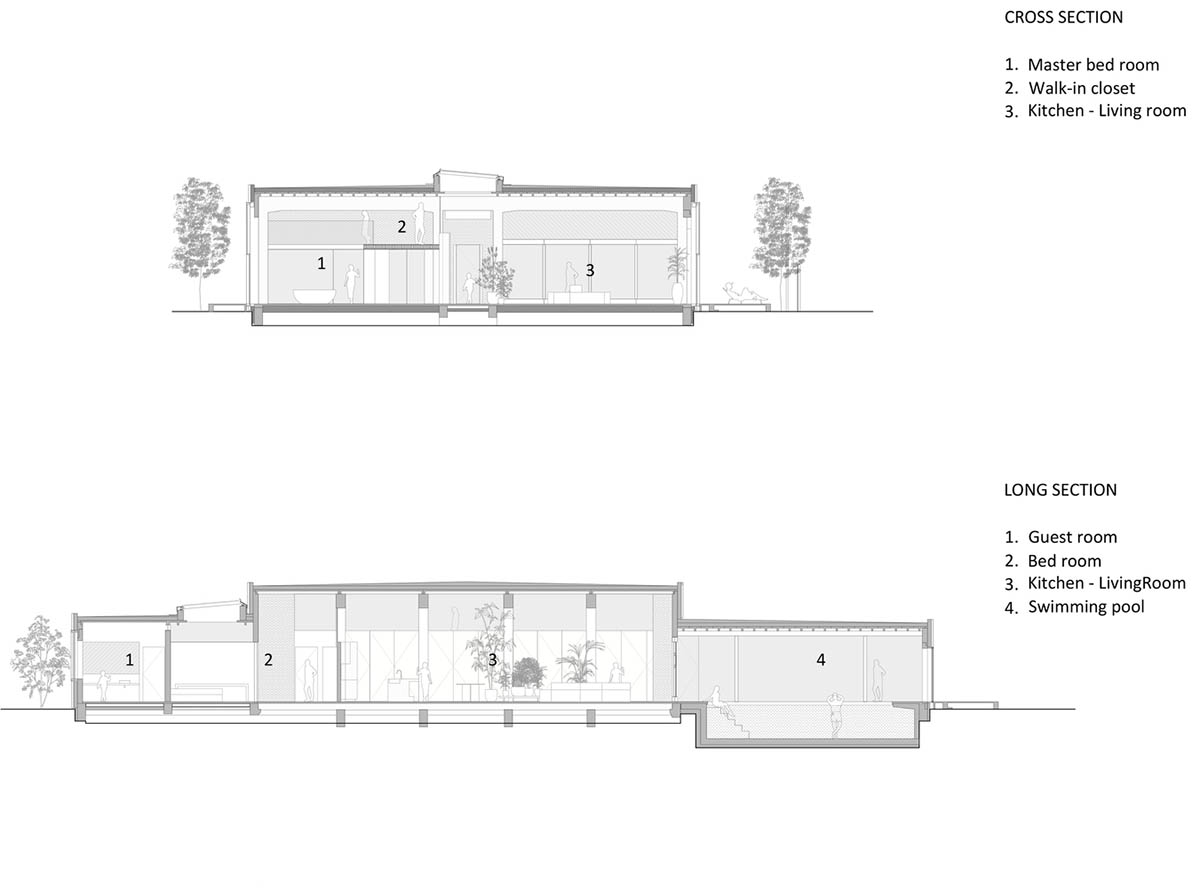 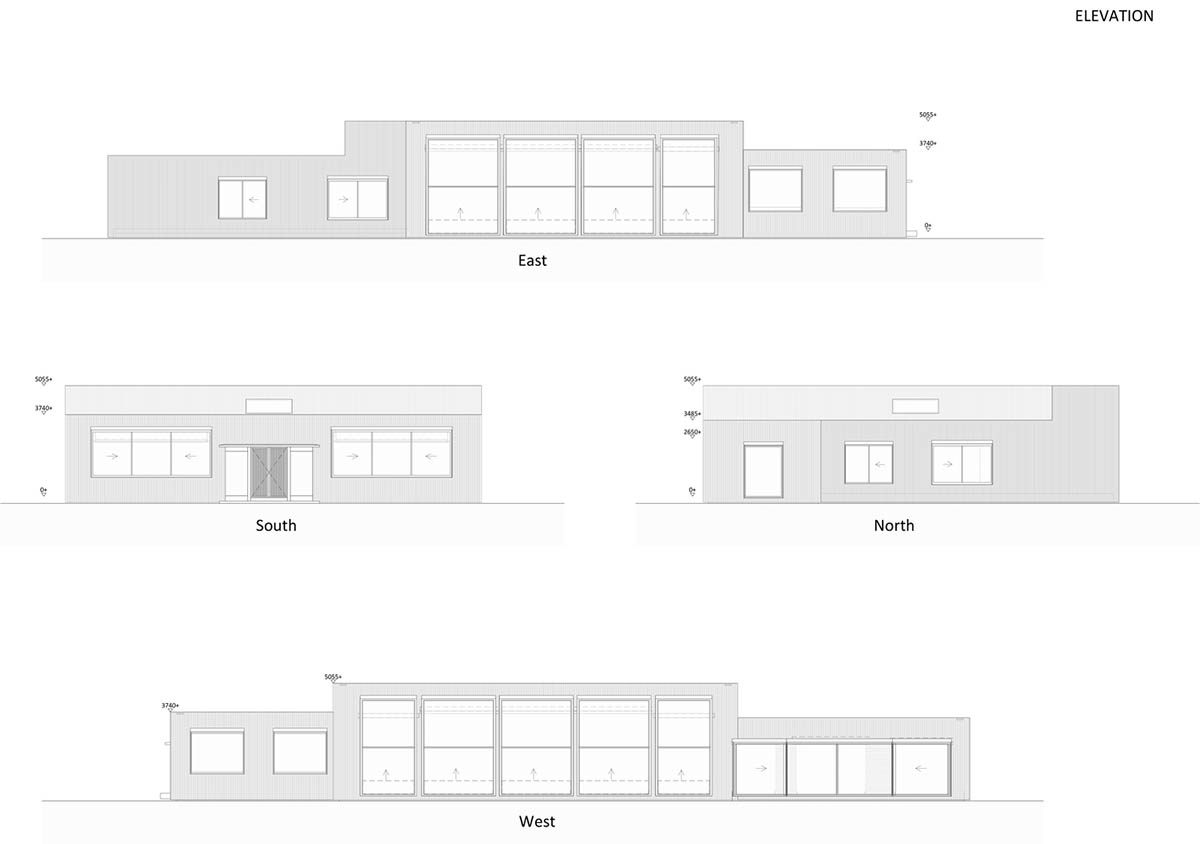 MASA was founded in 2015 by Japanese architect Hiroki MAtsuura and Dutch architect René SAngers and emerged as a studio that naturally blends Japanese sensitivity and Dutch pragmatism.