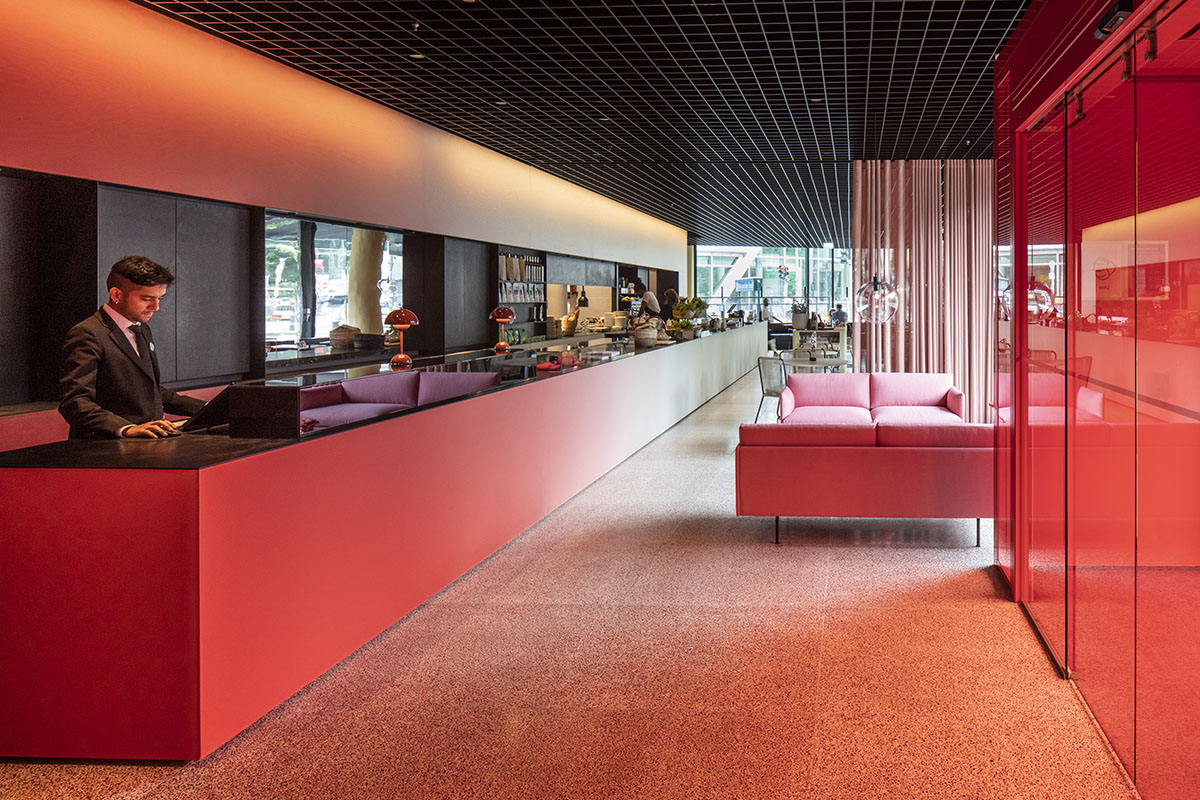 MVRDV has added a string color gradient to Café Camaleon, combining a hotel lobby, restaurant, and retail showcase in the same space in Berlin, Germany.

For this project, MVRDV worked with GRAS Arquitectos, together with Berlin-based co-architect Laura V Rave to have a visual and functional coherence for the guests of the Casa Camper Berlin.

The Café Camaleon is occupying the ground floor of the Casa Camper Berlin – the second hotel developed by Mallorcan shoe brand Camper.

MVRDV's design uses carefully selected material details to create a colour gradient, which serves as a strong visual motif to organise the interior. 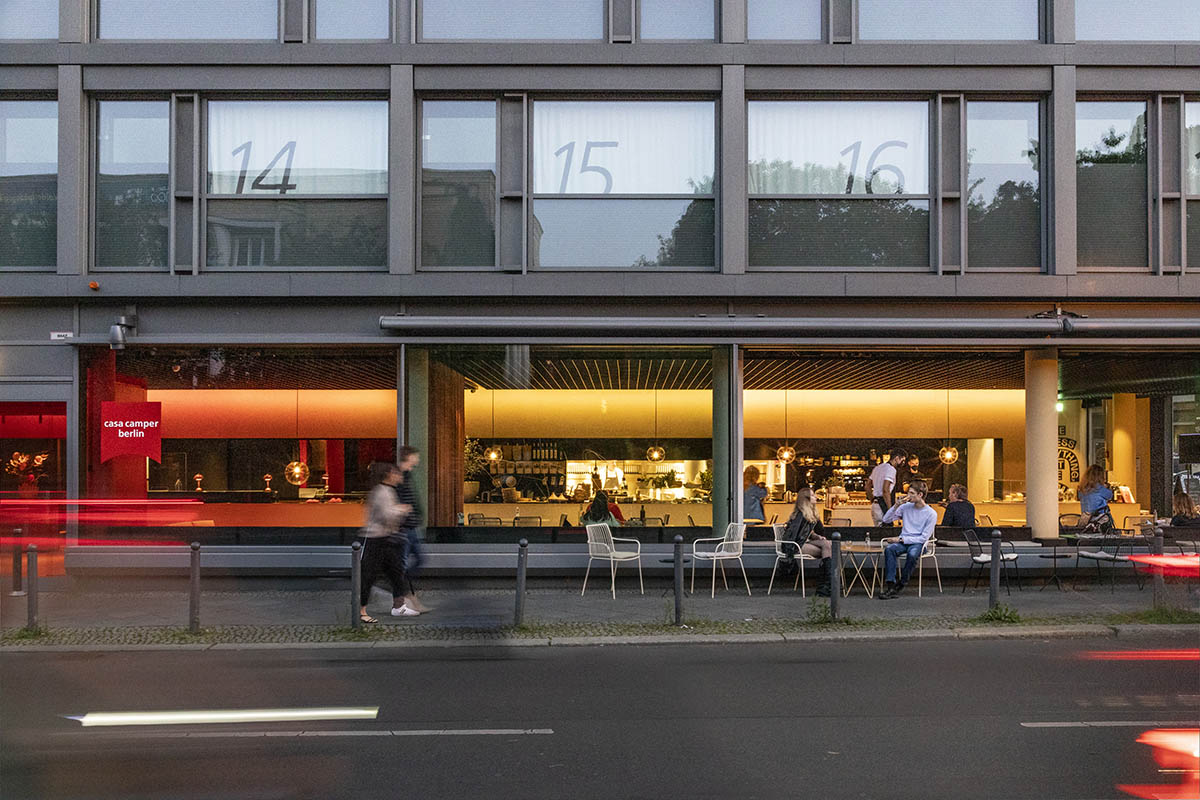 Casa Camper Berlin opened in 2009, situated in Berlin Mitte, close to a vibrant shopping area. Alongside the hotel lobby, the ground floor of the building originally included a separate commercial space.

Camper commissioned MVRDV and GRAS Arquitectos to design a new concept for a lobby, retail showcase for Camper shoes, and restaurant that would better align with the brand’s strong design reputation. The occupancy patterns of the three programmes are very different, meaning they are unlikely to be busy at the same time. There was therefore an opportunity to combine all three programmes in a single room, creating a flexible space that could adapt throughout the day, as well as for future needs, taking advantage of synergies between the different functions.

Though the three areas operate very differently, they all share one necessary element: a counter for interacting with customers. The main feature of the space is therefore a single, 18-metre-long counter serving all three functions. 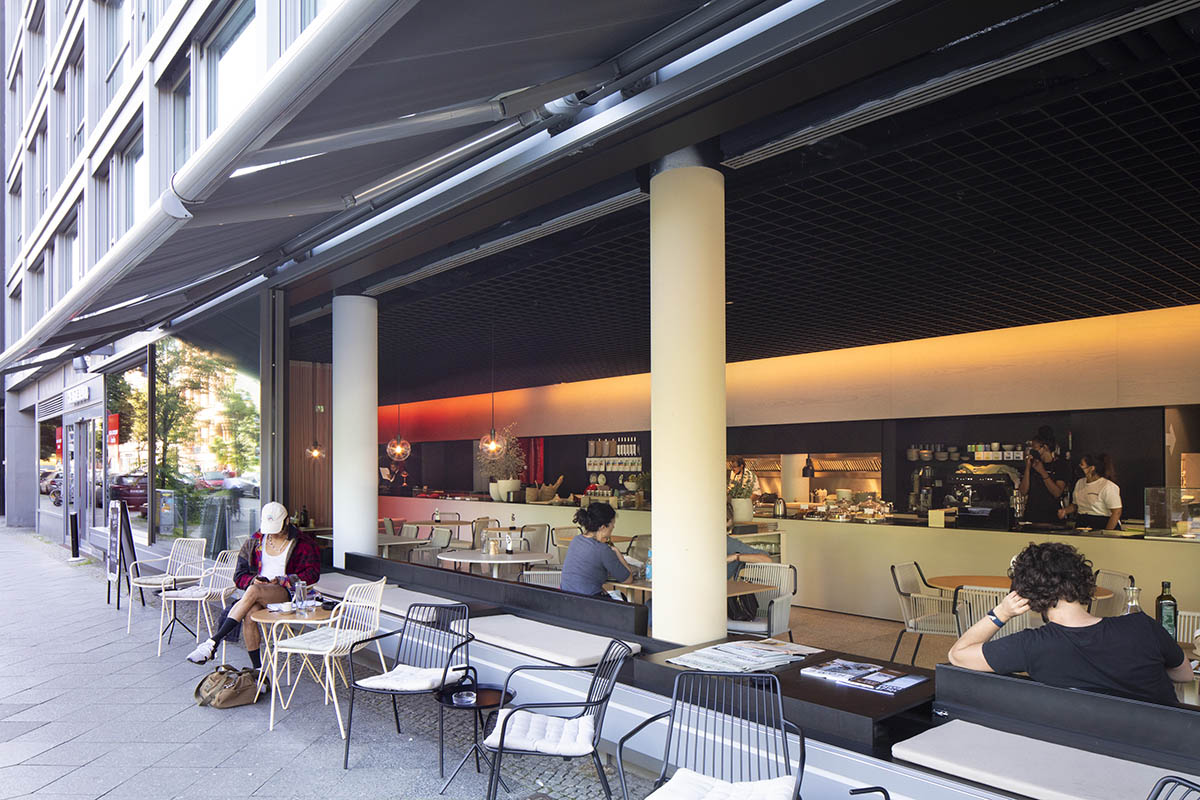 To show the interaction between the different programs, the colours merge into each other, creating a colour gradient throughout the length of the space that is visible in the floors, walls, and counter. 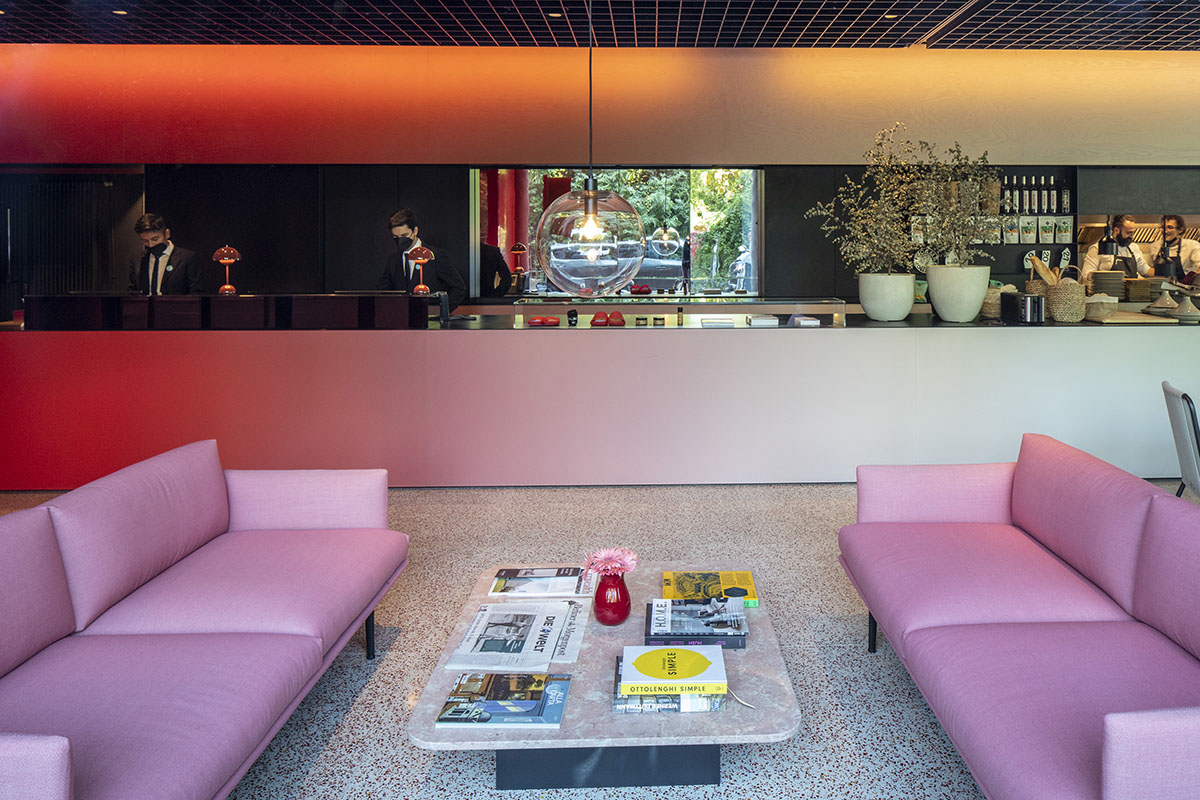 As MVRDV highlights, these vibrant colours give the inspiration for the project’s name, Camaleon, as the appearance of the space will be very different depending on one’s vantage point. Camaleon also references the brand’s first shoe from 1975, the Camaleón.

"Flexibility is a key design principle for sustainability, you need to make things that can be changed without using resources," said MVRDV founding partner Jacob van Rijs.

"But in architecture this type of flexibility is often represented as a kind of blandness or boringness. So for Camper we introduced an outspoken colour gradient to illustrate that the different activities could shift and merge inside one long room. It is flexible, but it also grabs your attention," added Van Rijs. 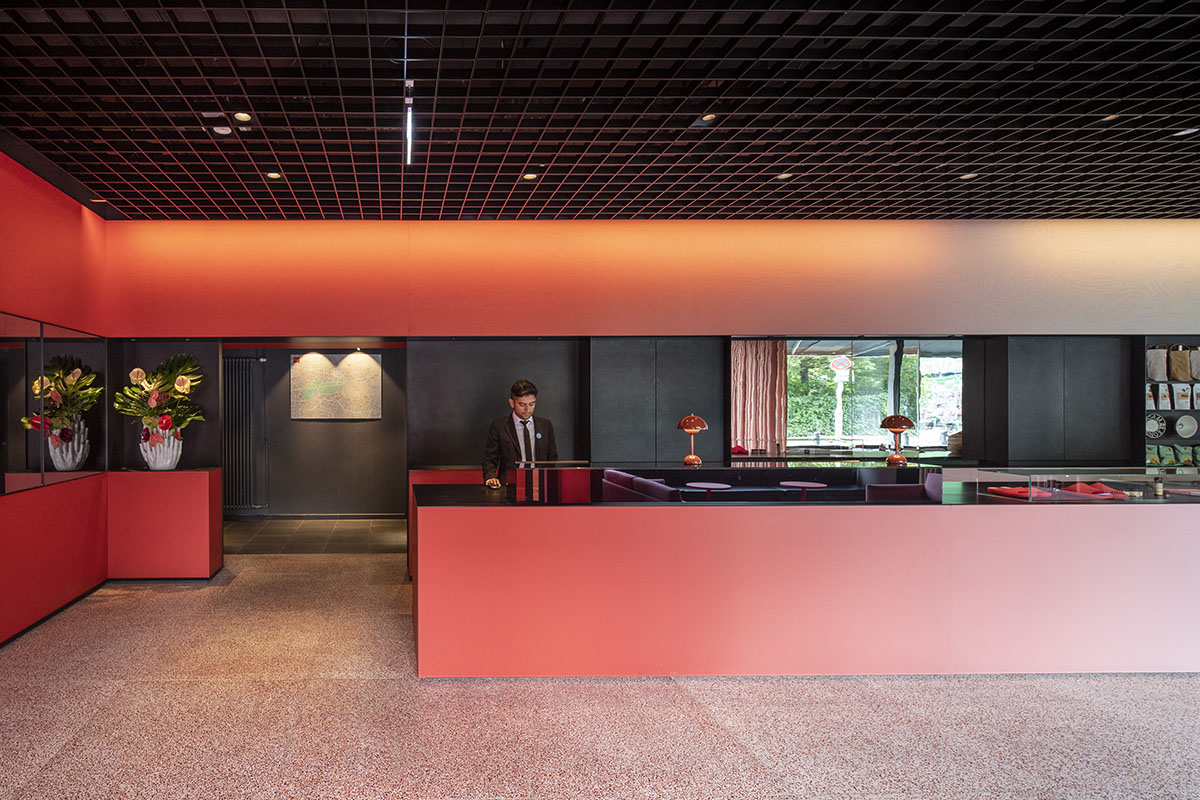 Outside, a 12-metre-long openable glass façade creates a clear, welcoming connection to the street.

Inside, the colour gradient is achieved with different materials and in different manners: from resin colour panels in the counter to printed wood for the walls and cement-based floor tiles, mixed with different ratios of red, clear and brown recycled glass – making use of a traditional technique from Mallorca, Camper’s hometown. 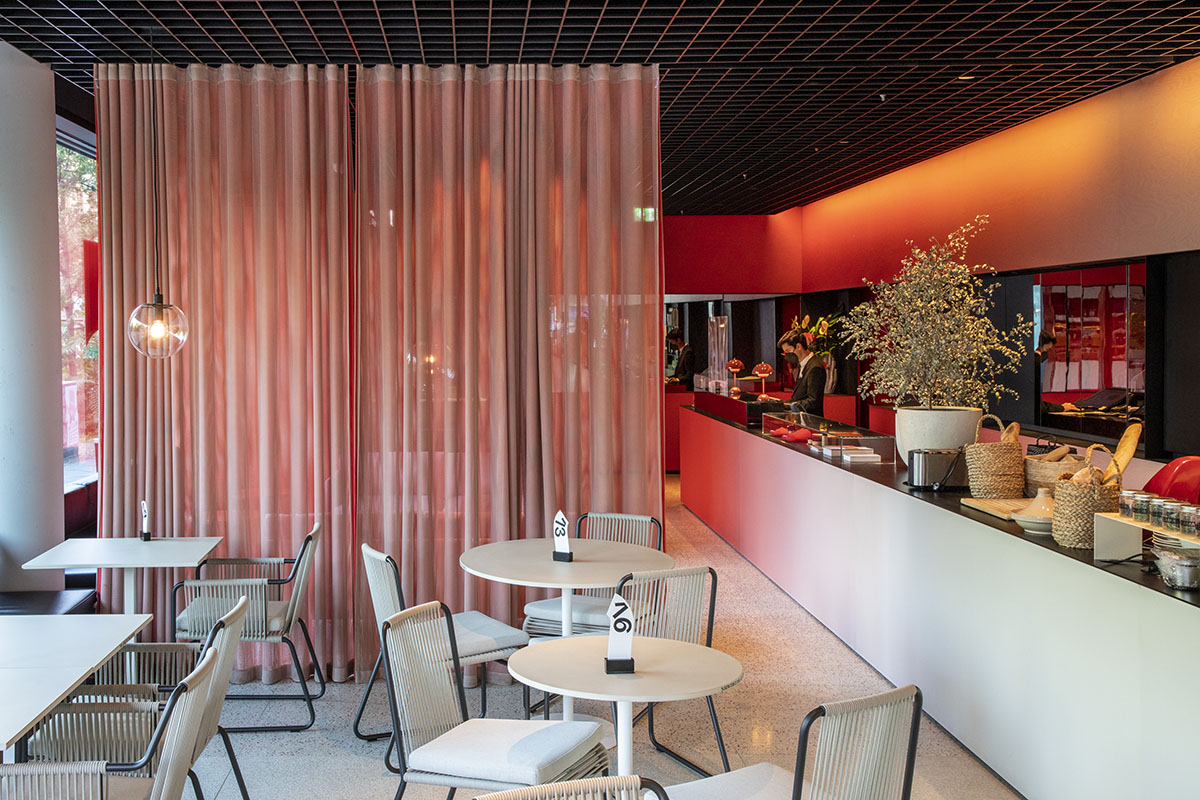 Café Camaleon is MVRDV’s first completed work in Berlin – a timely completion as, after a long connection to Germany through projects such as their first project the Berlin Voids, the Expo 2000 building in Hannover.

MVRDV recently completed WERK12 in Munich, and the firm opened an office in Berlin last year. 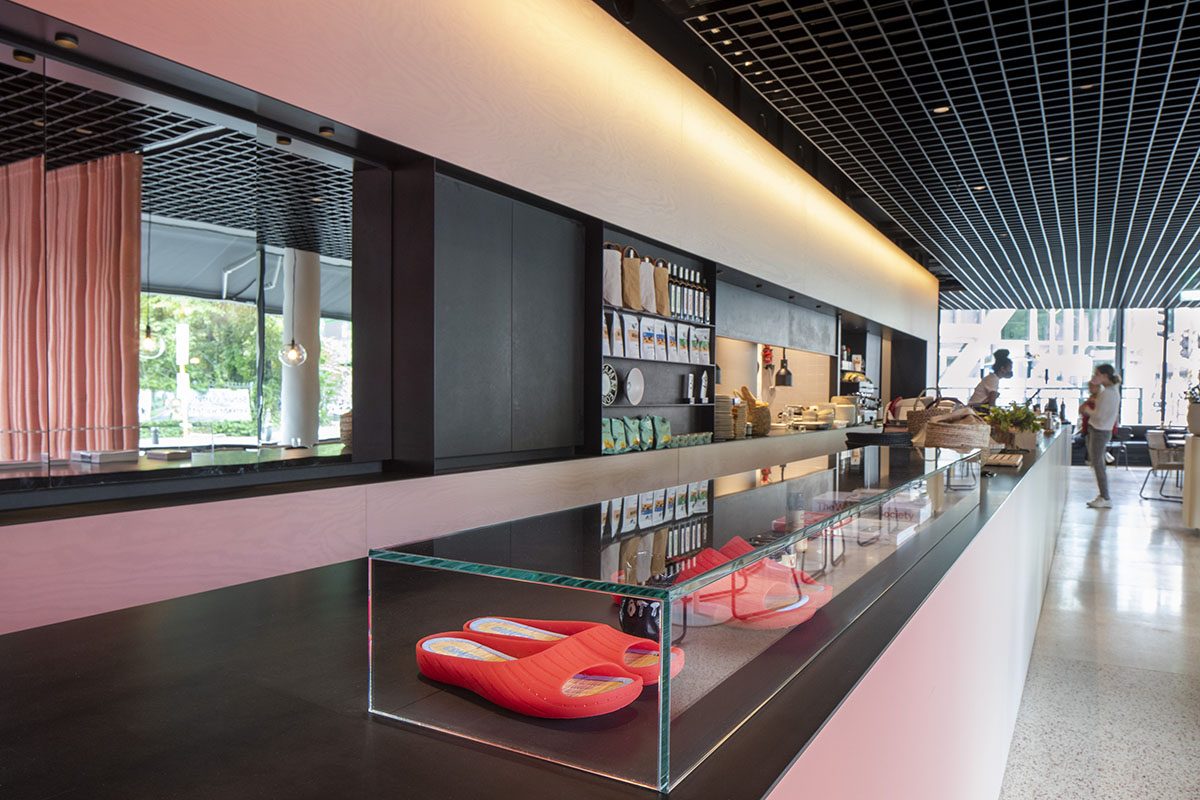 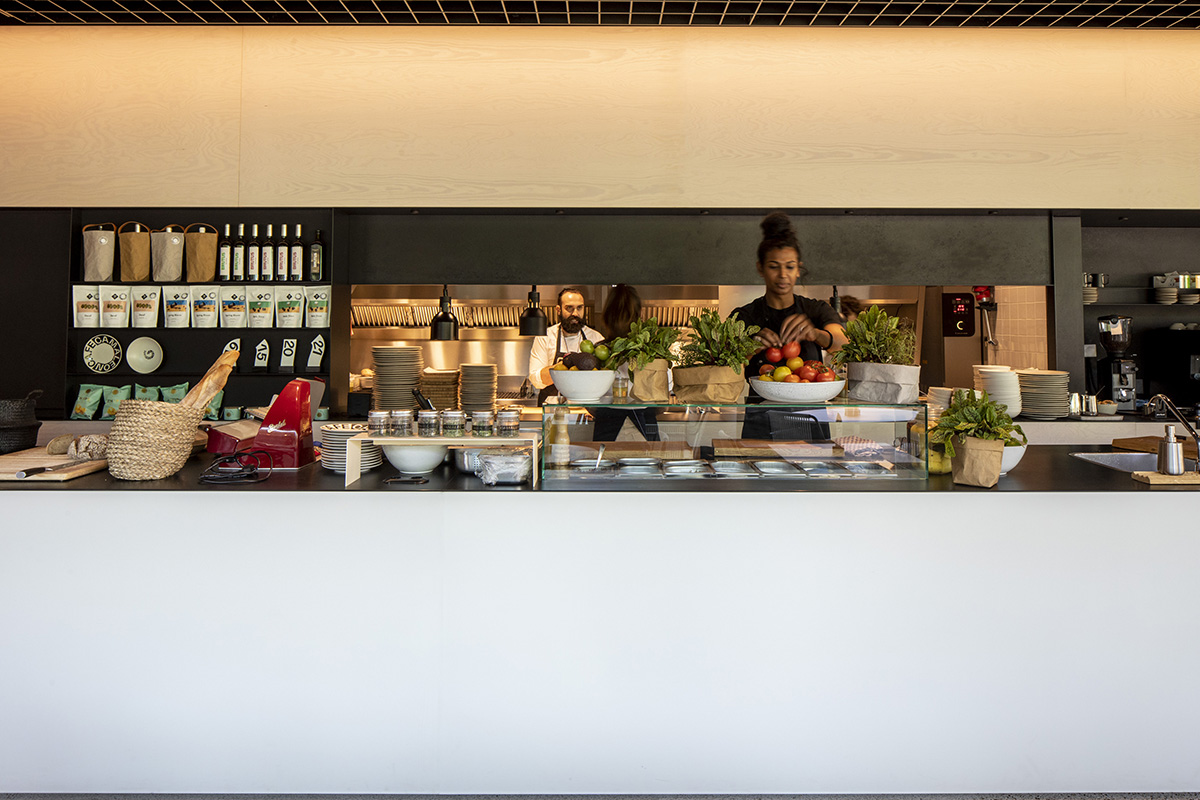 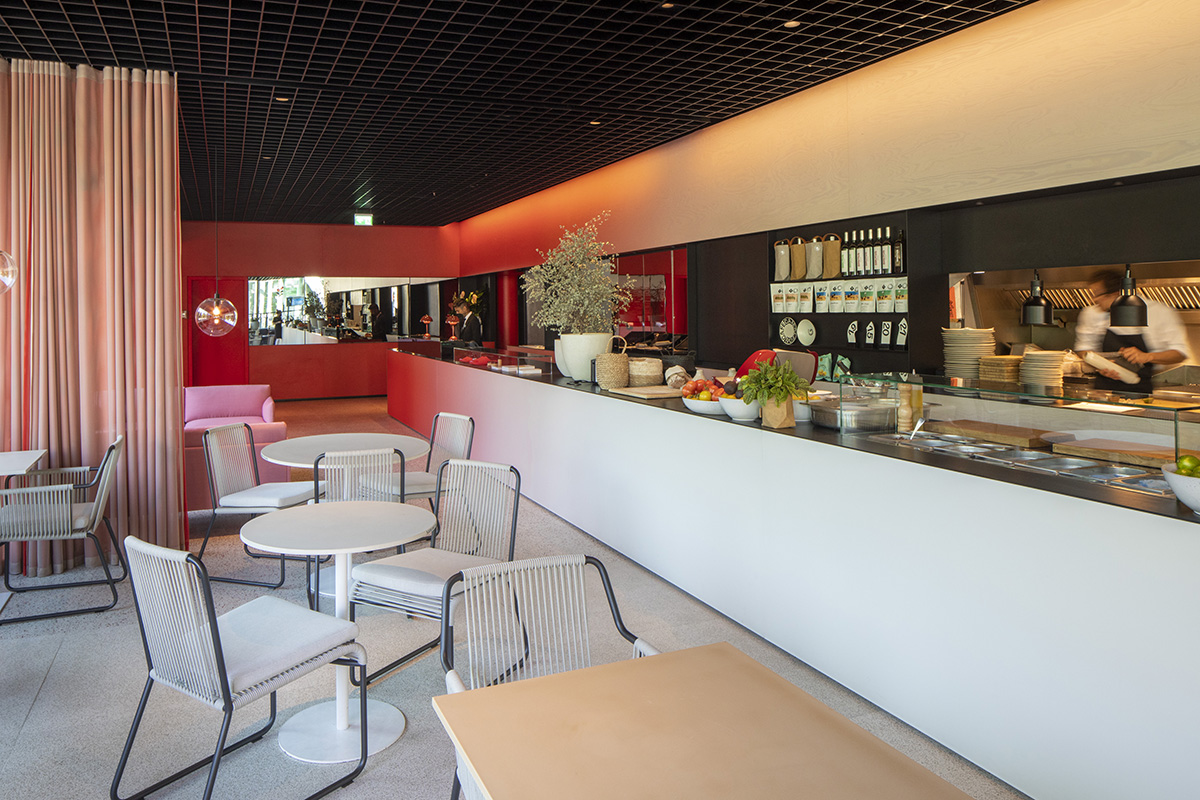 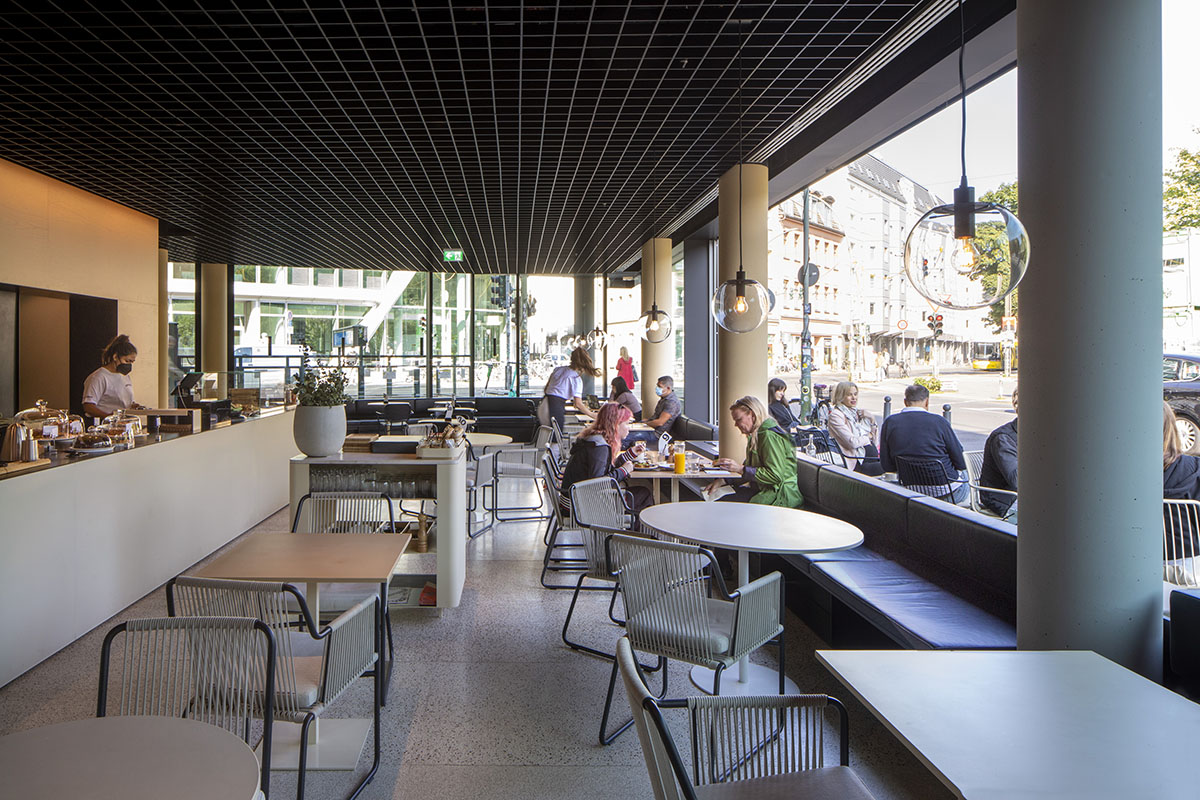 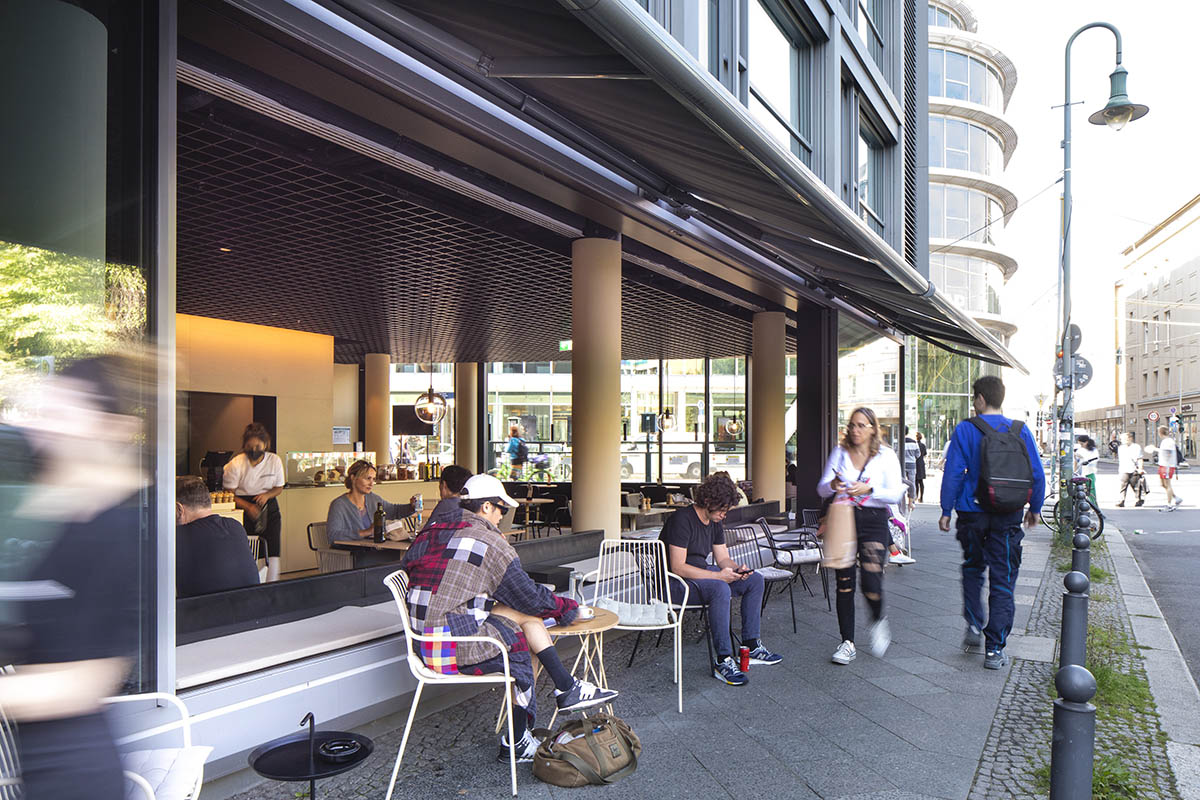 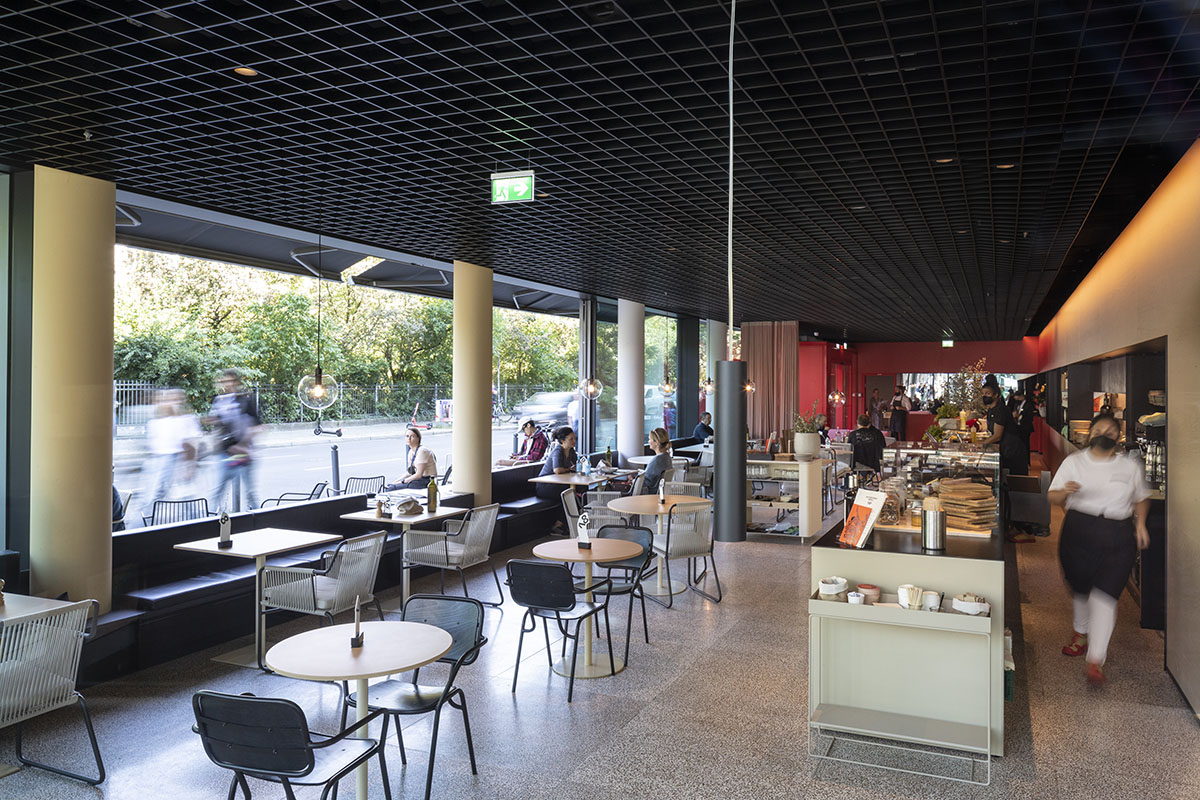 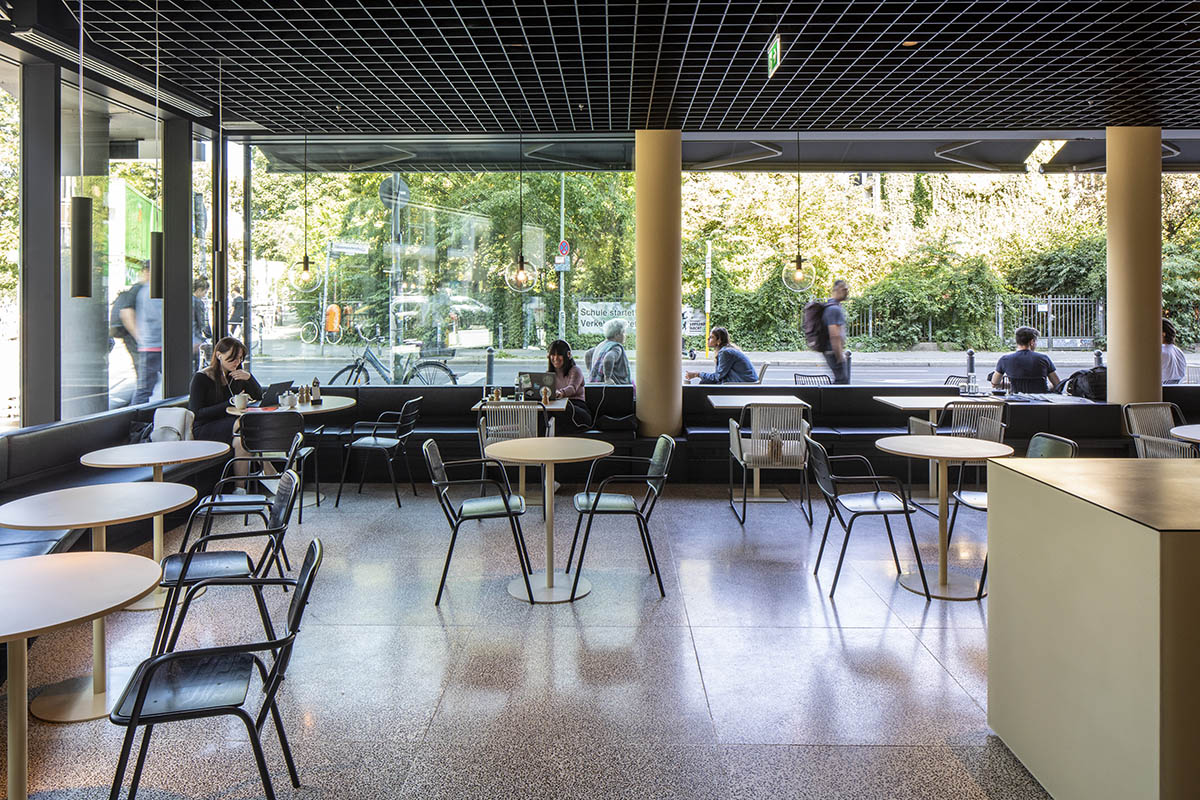 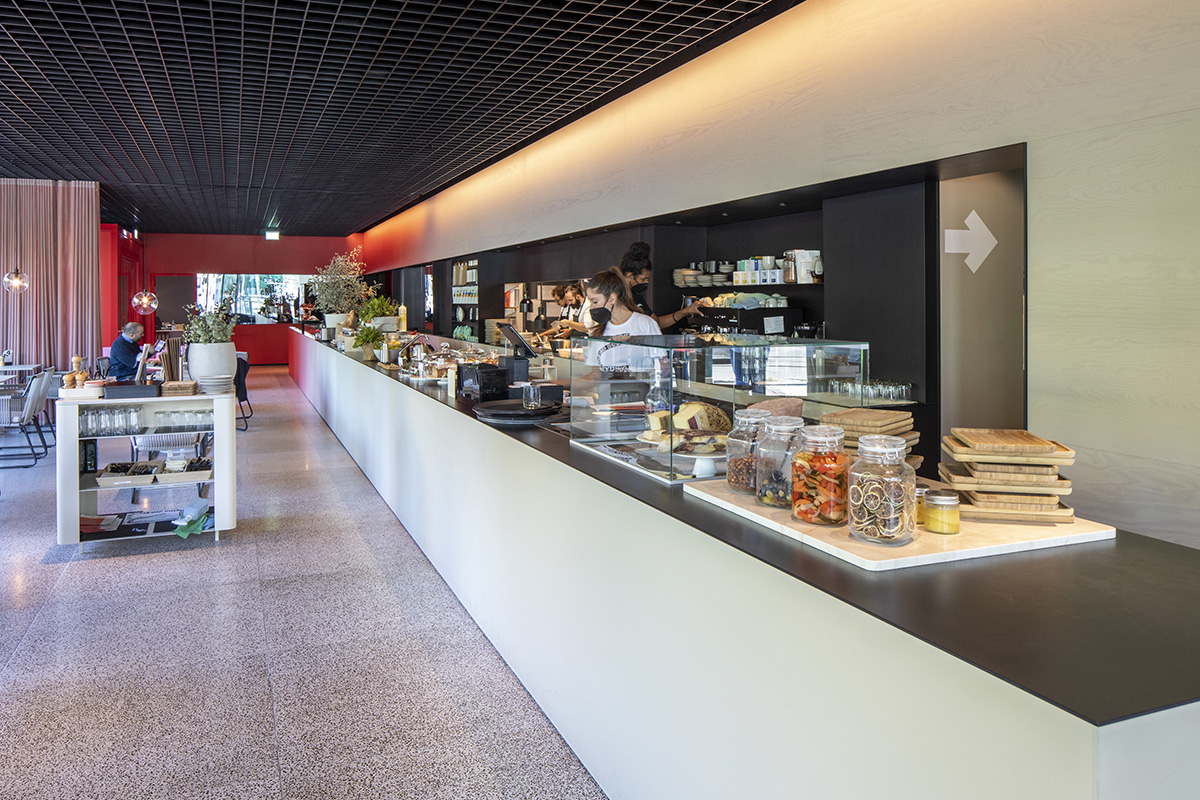 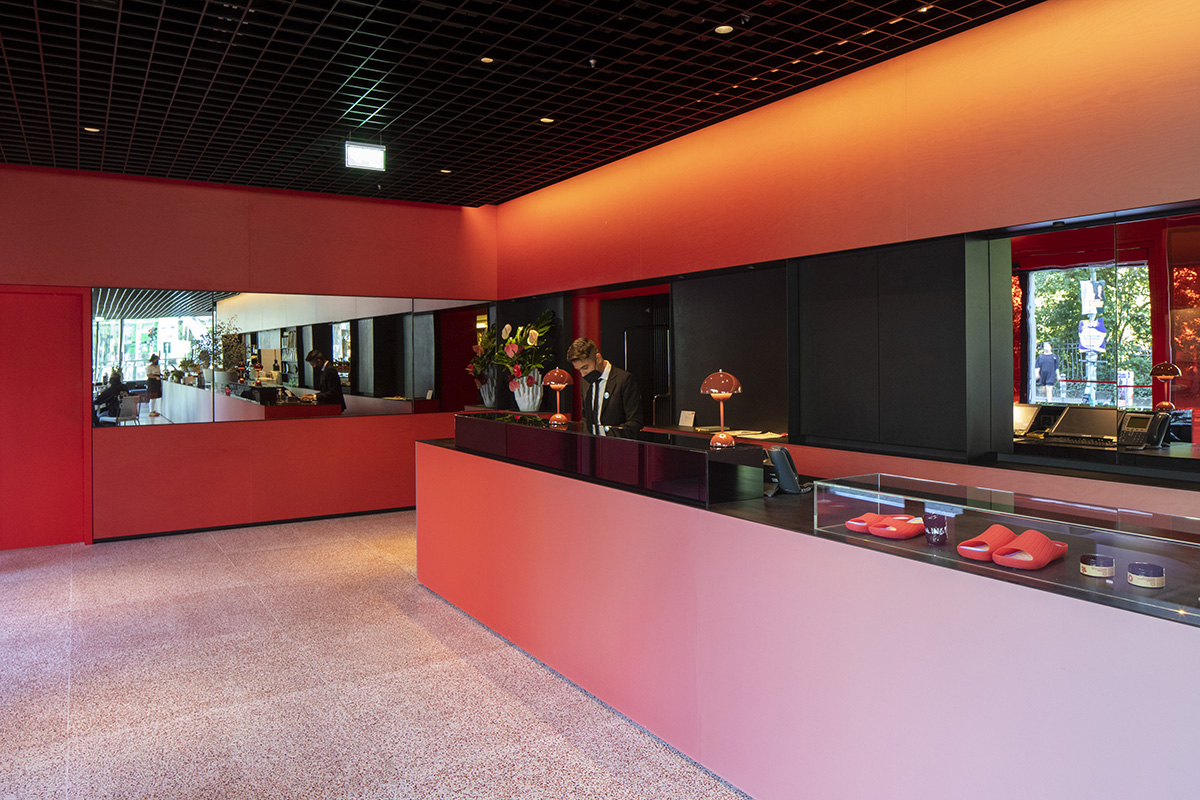 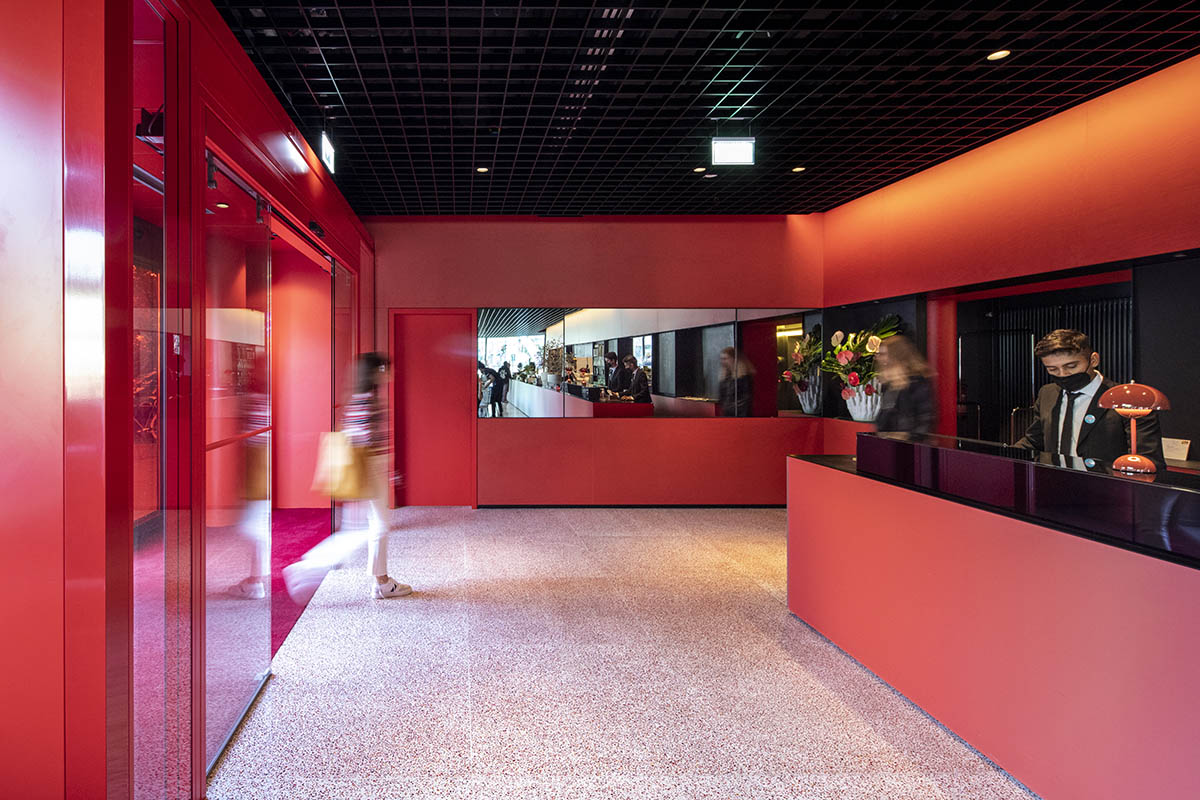 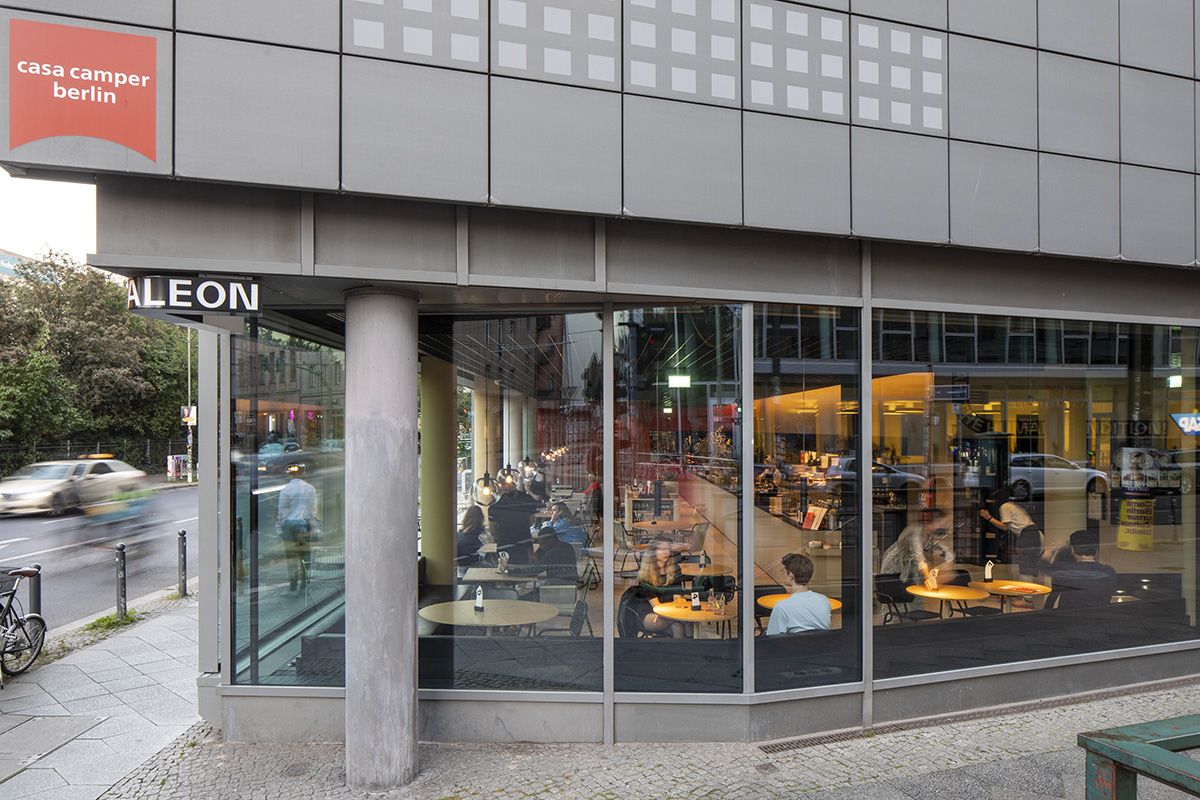 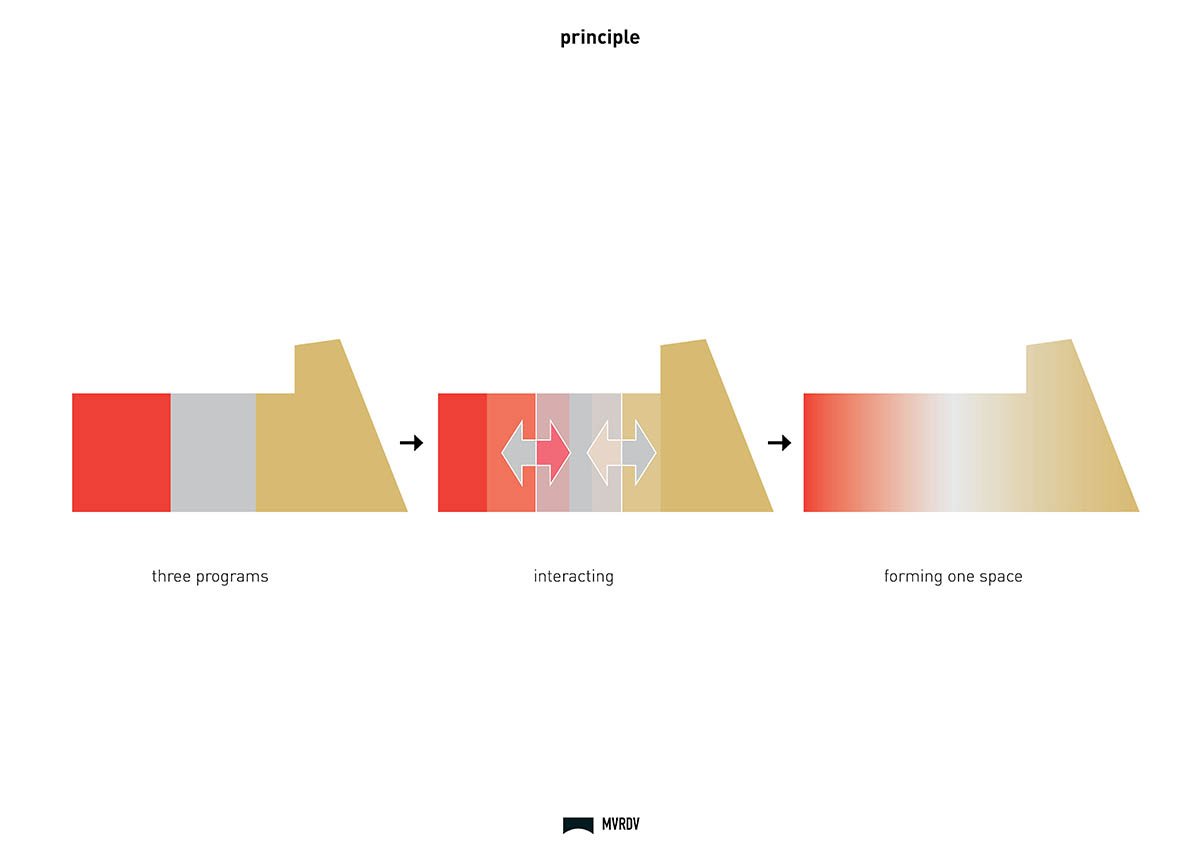 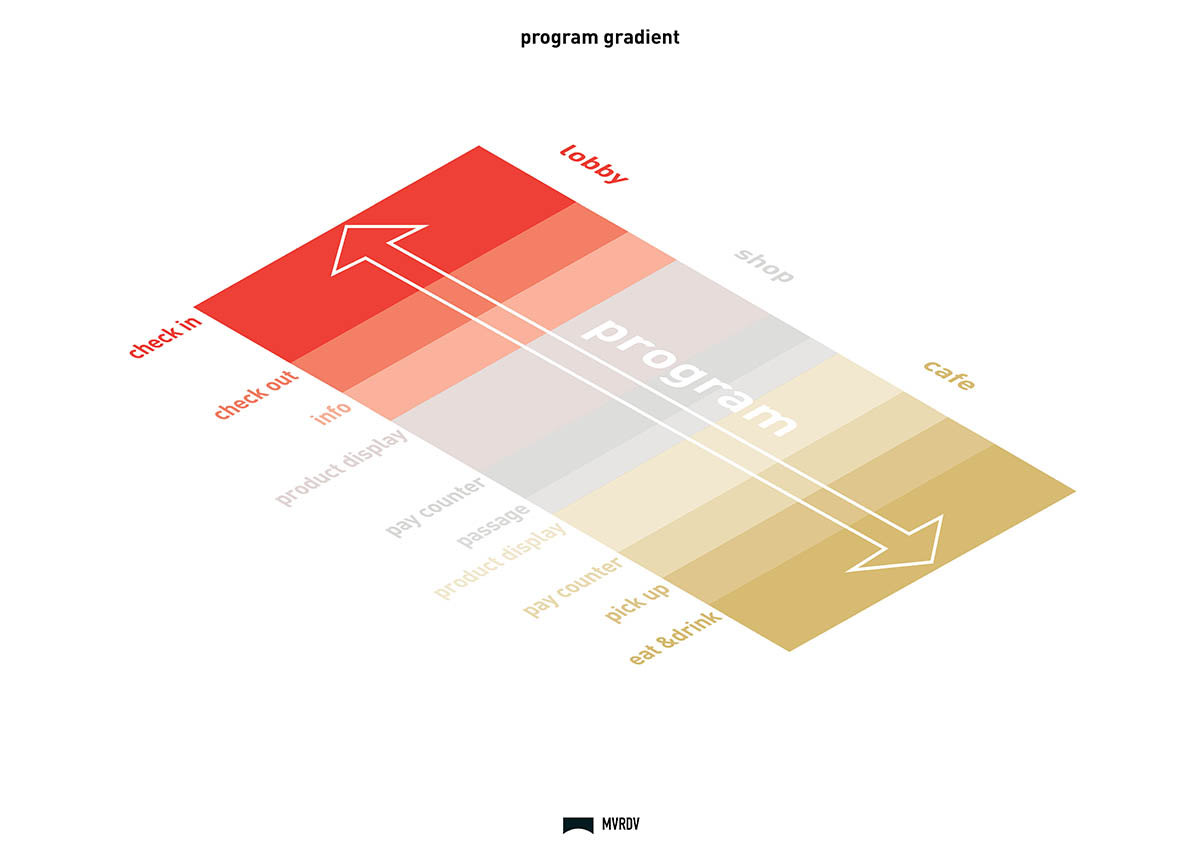 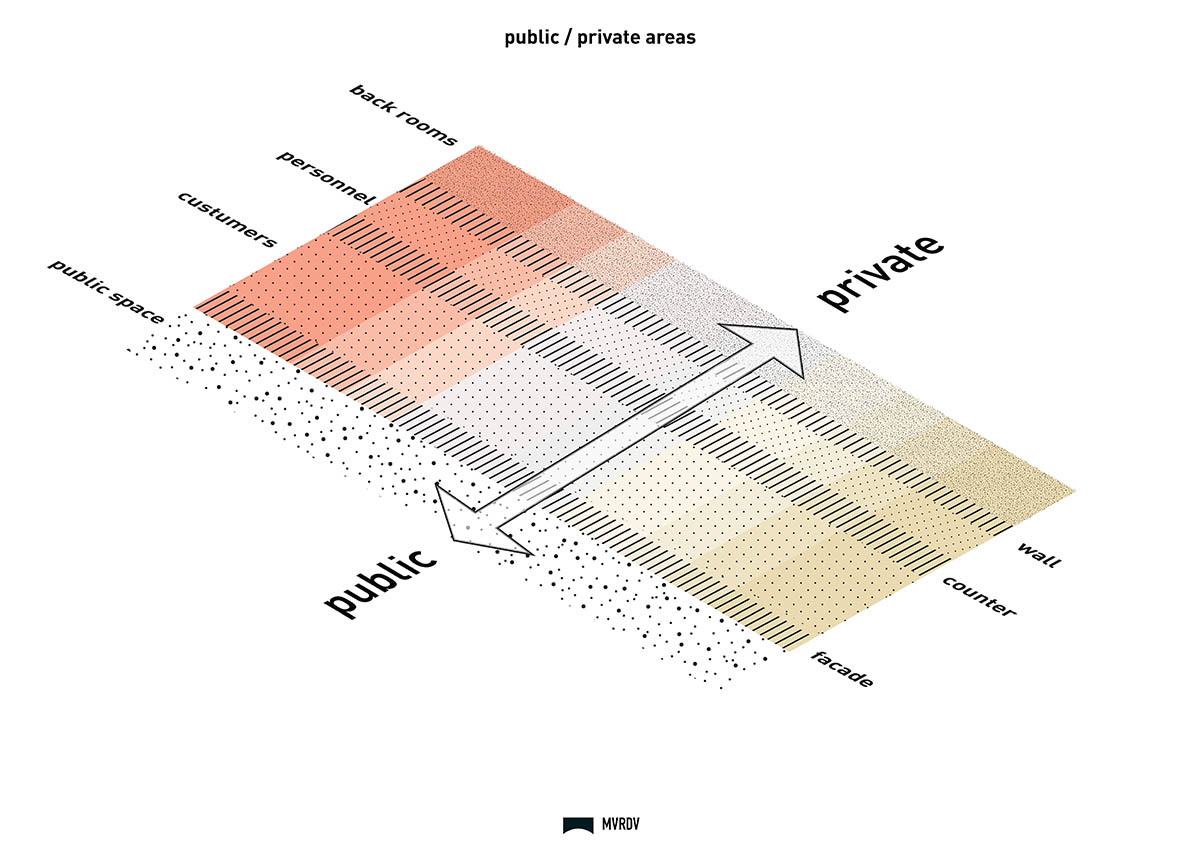 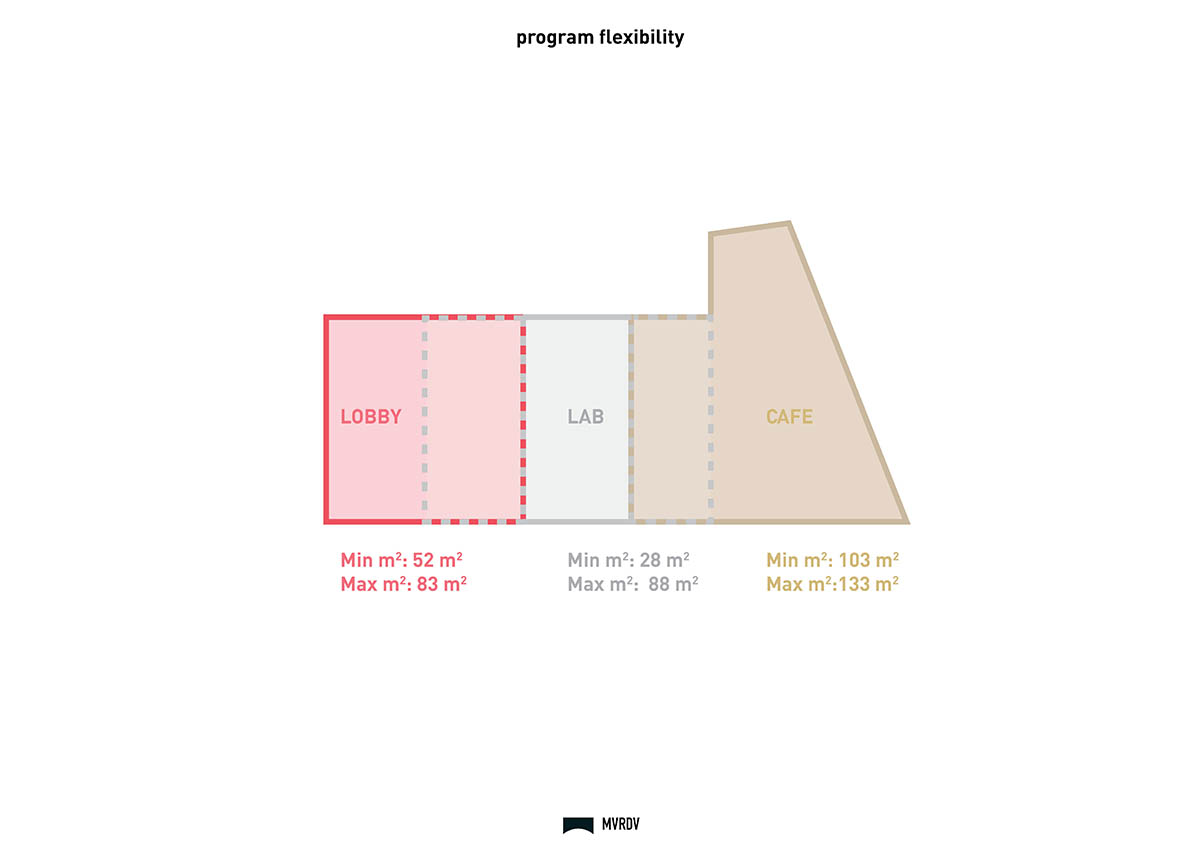 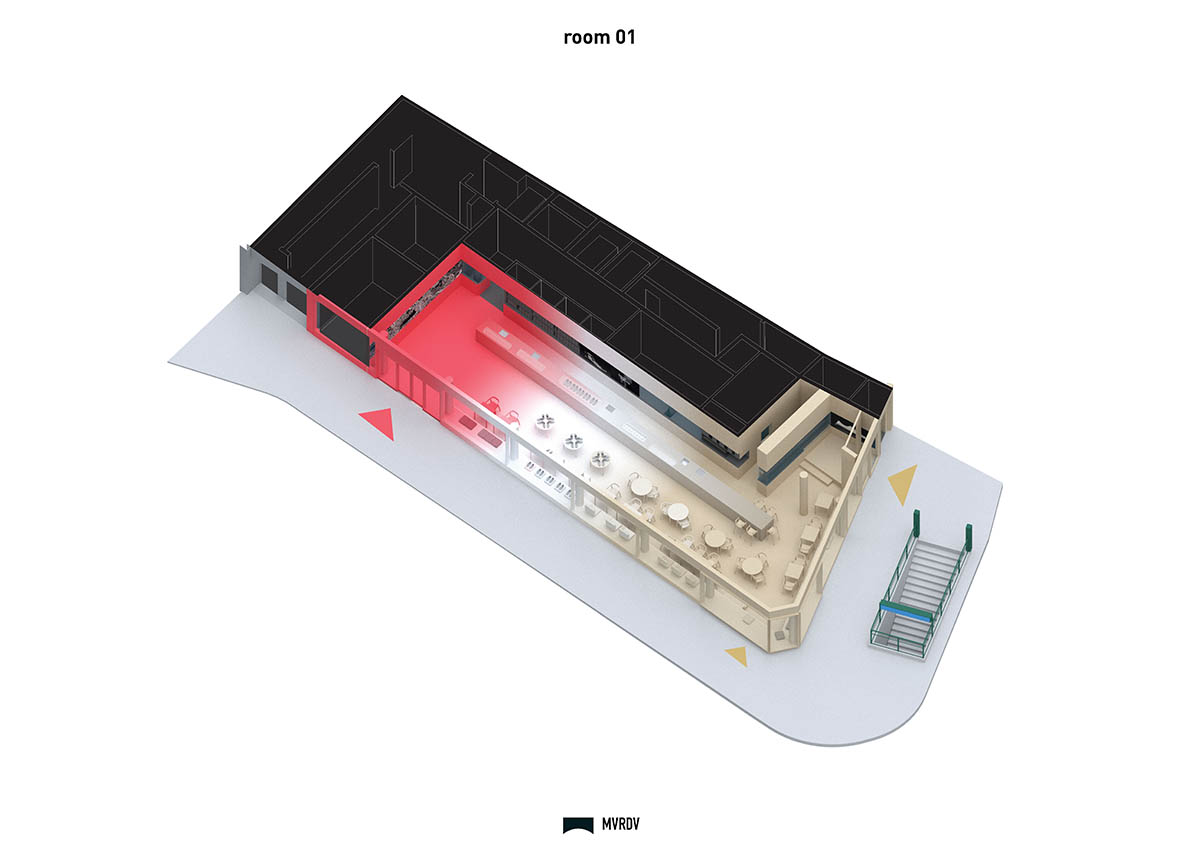 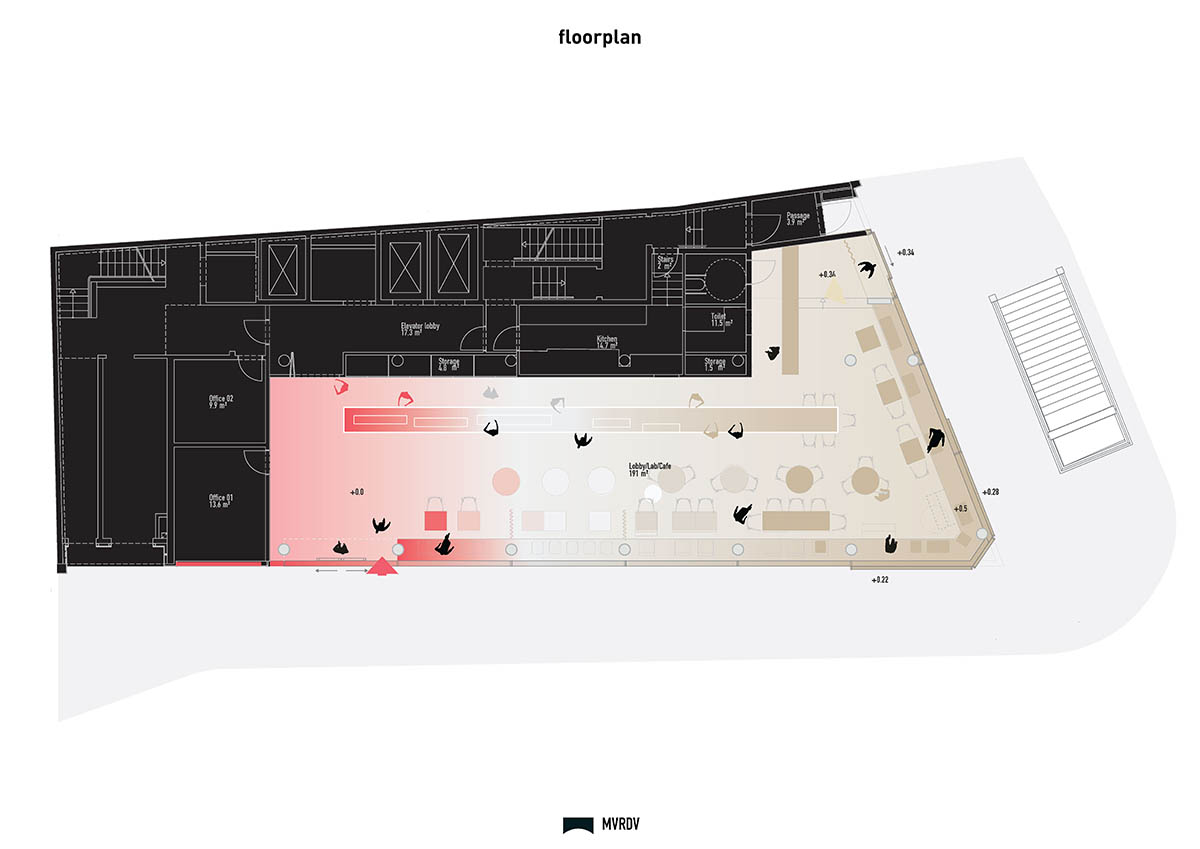