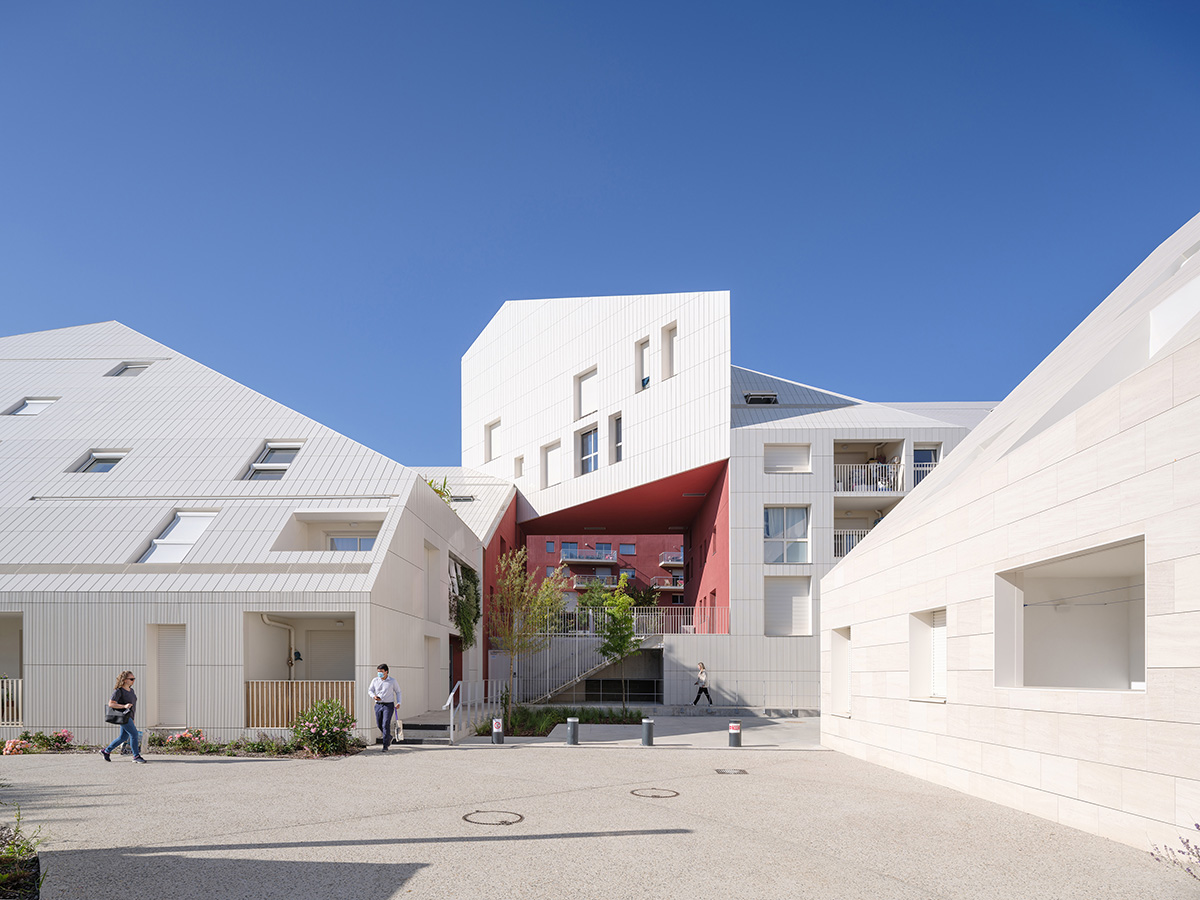 MVRDV has completed a residential complex on the east of the River Garonne in Bordeaux, France across from the city’s UNESCO World Heritage historic centre.

Named Ilot Queyries, the 23,000-square-metre complex includes 128 for social housing with parking, commercial space, and a rooftop restaurant in an intimate urban setting with plenty of light, air, and a large collective green space. 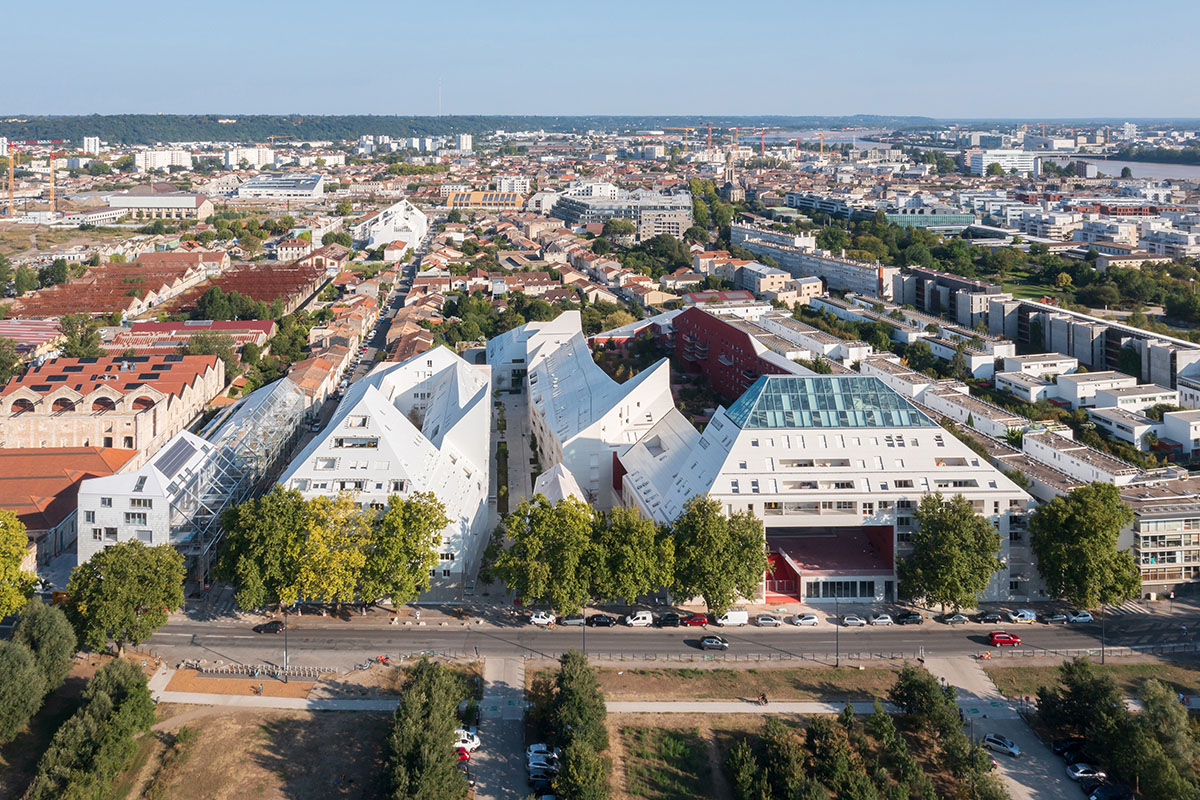 Described as "a courtyard apartment building", the building is part of a new neighbourhood of four buildings masterplanned by MVRDV alongside Joubert Architecture.

The project is envisaged as a test-bed for the principles of the neighbouring Bastide-Niel masterplan, also designed by MVRDV, which aims to combine the virtues of Bordeaux’s UNESCO World Heritage historic city – intimacy, surprise, and liveliness – with the density, ecology, light, and comfort of the modern city. 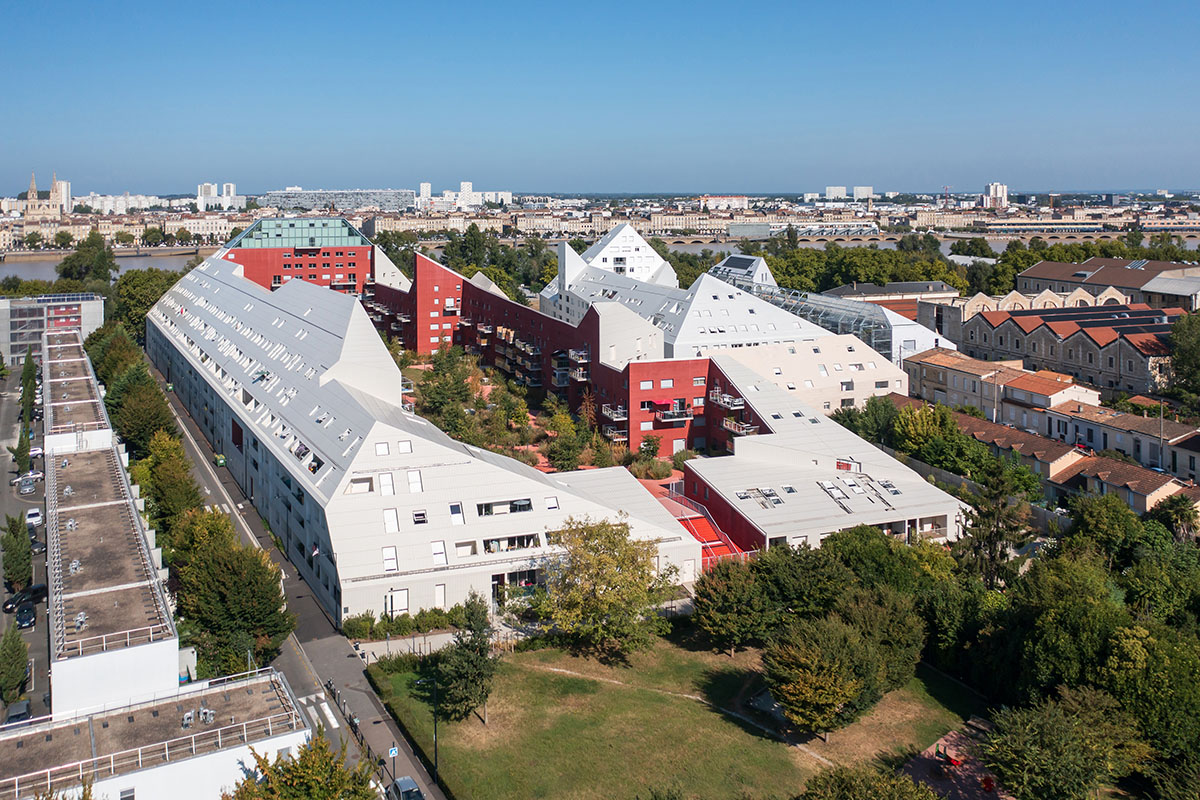 Ilot Queyries thus adopts the same approach as the Bastide-Niel masterplan: the building fills the site to its boundaries, lending an intimate feeling to the streetscape, while the roofs are arranged into carefully calibrated slopes to provide maximum ventilation, daylight, and sun to the building itself and to its neighbours. 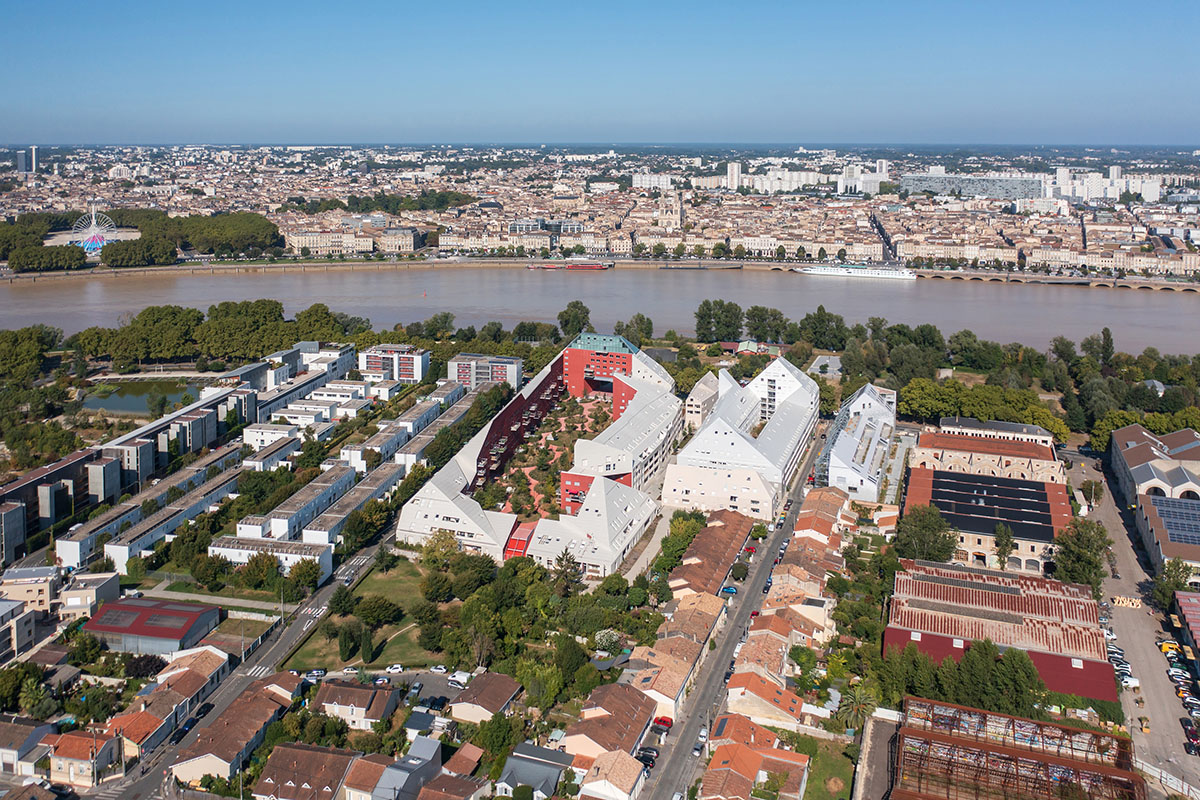 At 5,200 square meters, the large courtyard provides a park-like space for the residents; located one storey above ground level, it also hides the residents’ parking below.

The building responds to its surroundings on all sides: on the south-eastern end of the building, sections as low as one storey relate to the low-rise neighbours, while on the north-east, facing the river, it rises as high as nine storeys. At this high point, a glass crown houses a restaurant with views of the river and the historic centre of Bordeaux beyond. 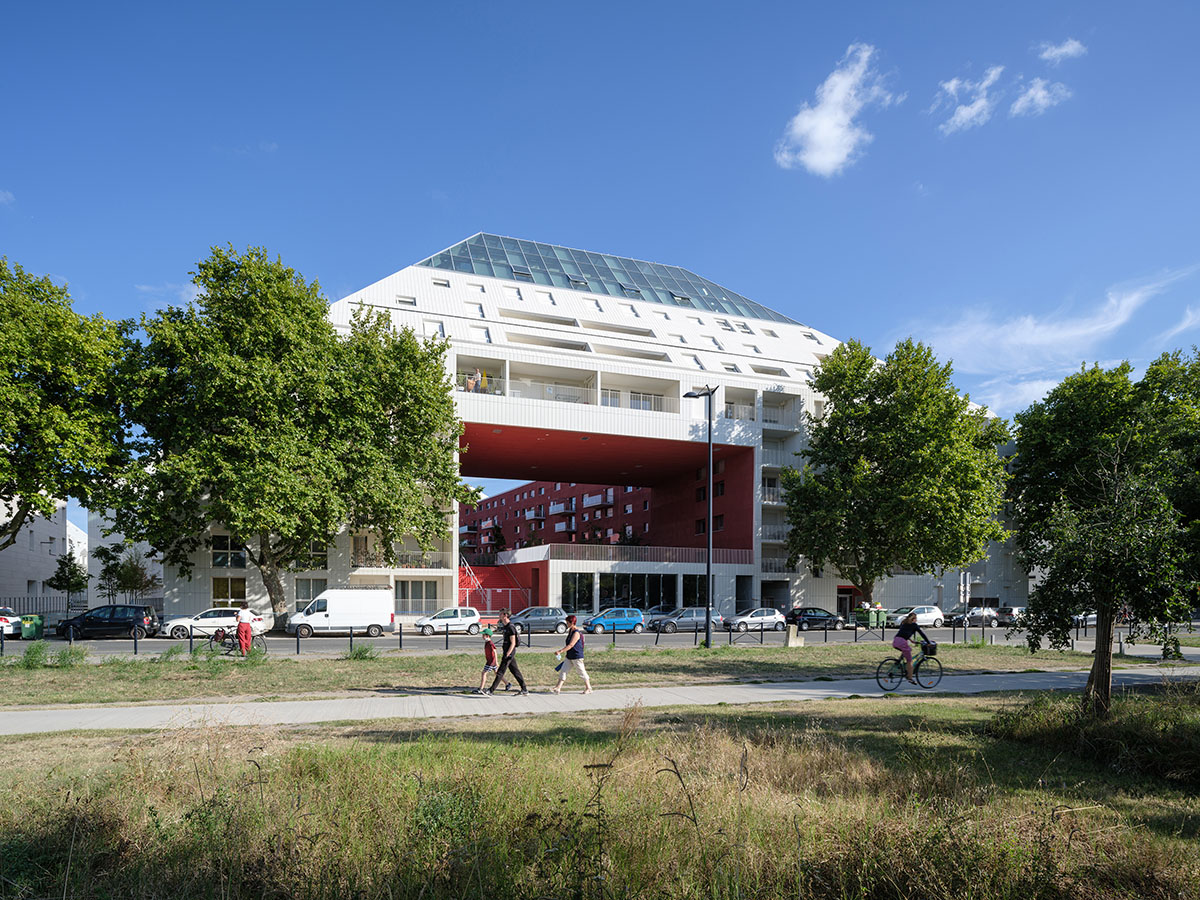 On all sides, the façades facing the street are lower than those facing the central courtyard. In accordance with the rules developed in the Bastide-Niel masterplan, the roof slopes vary between 14 degrees and 45 degrees depending on their relation to the sun.

These slopes create complex and interesting interior spaces, which help to define varied apartments in a wide range of sizes – making the building home to many different types of resident, while also giving a unique and homely feel to each living space. The project’s street-facing façades present a muted, cream-coloured palette, blending in with the surroundings. However, the courtyard-facing façades are finished in a bright red textured stucco. 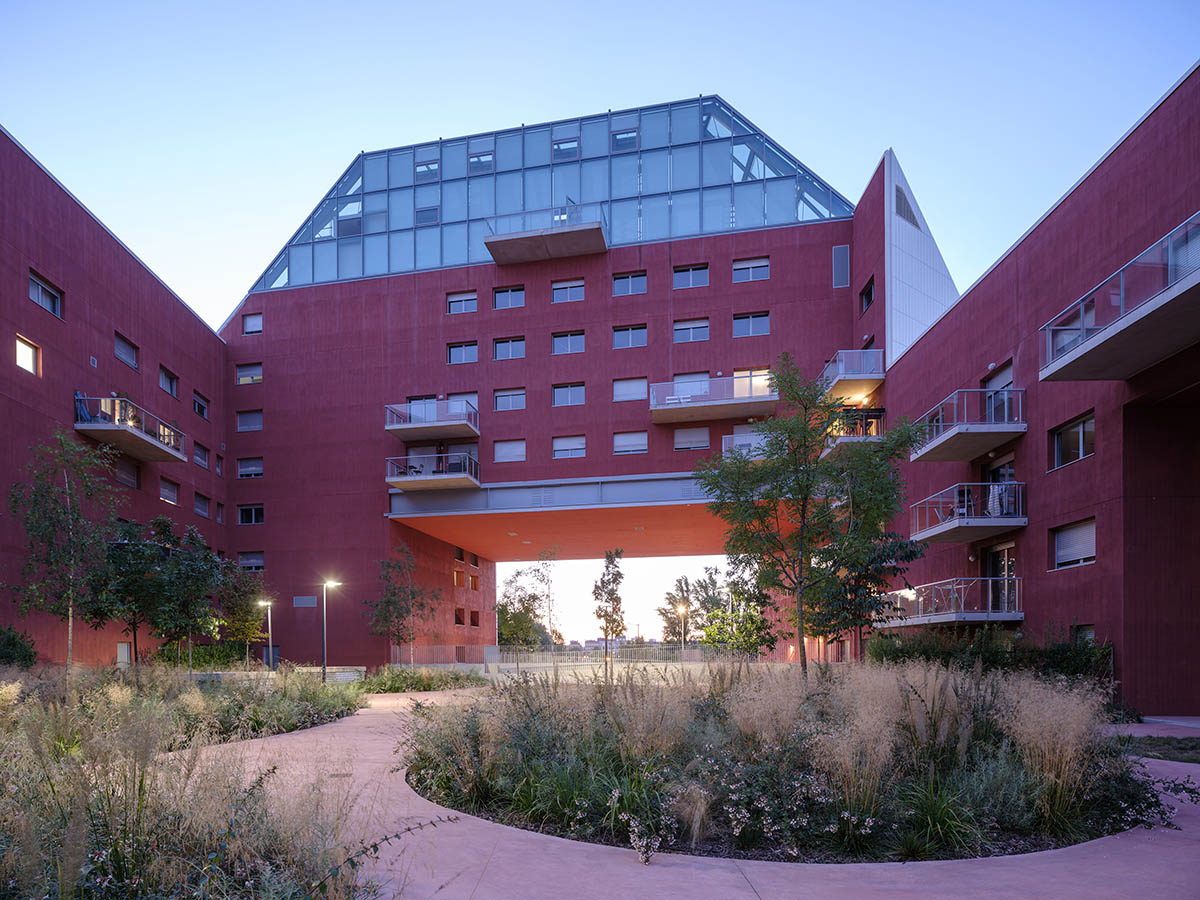 Together with the green courtyard landscape of 83 alder and birch trees and a variety of grasses, this presents a visually exciting environment to complement the liveliness of the park space.

At various locations, large portals through the building connect the interior courtyard to the outside, introducing flashes of colour that draw the attention of passers-by and inspire curiosity about the space inside. 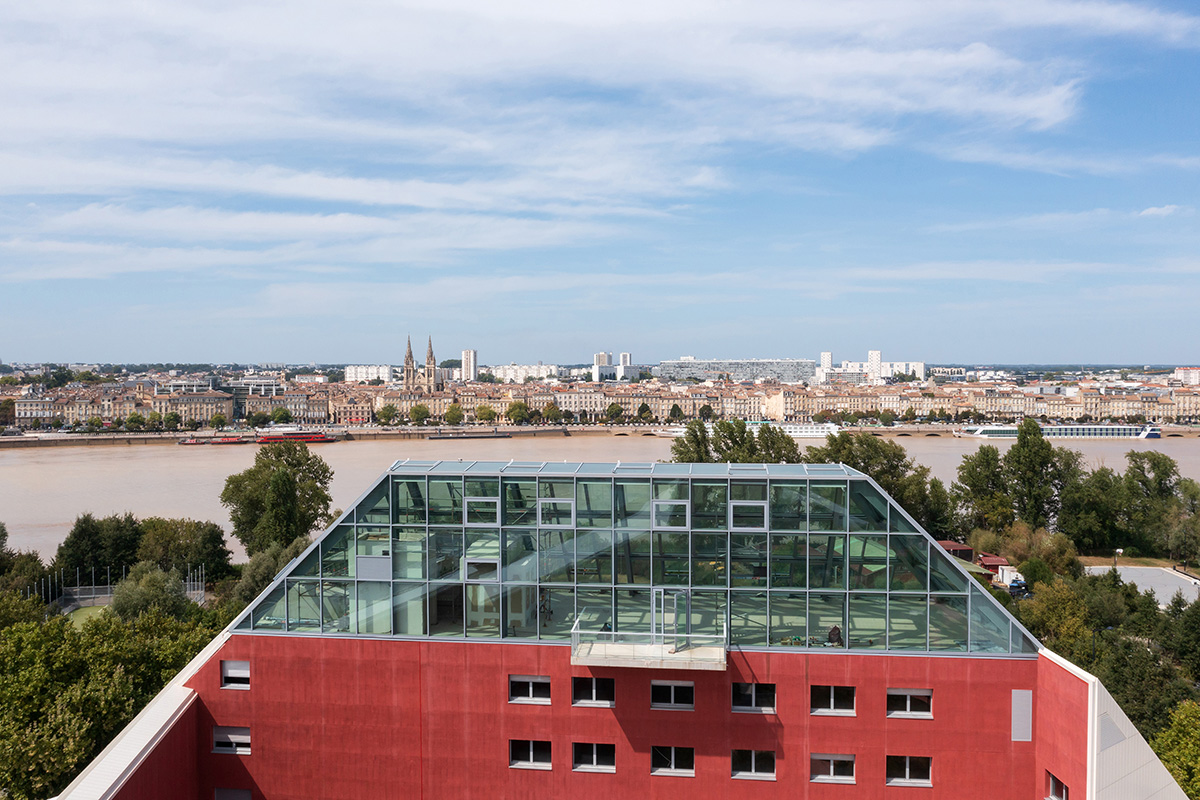 "The Covid-19 pandemic showed everyone how valuable outdoor spaces close to their homes can be, and I hope Ilot Queyries can show that such amenities don’t require compromise," said MVRDV founding partner Winy Maas.

"The building creates close and intimate streets without ugly parked cars thanks to its ample car parking. At the same time every apartment is provided a balcony or loggia, while the green park space becomes a wonderful community amenity." 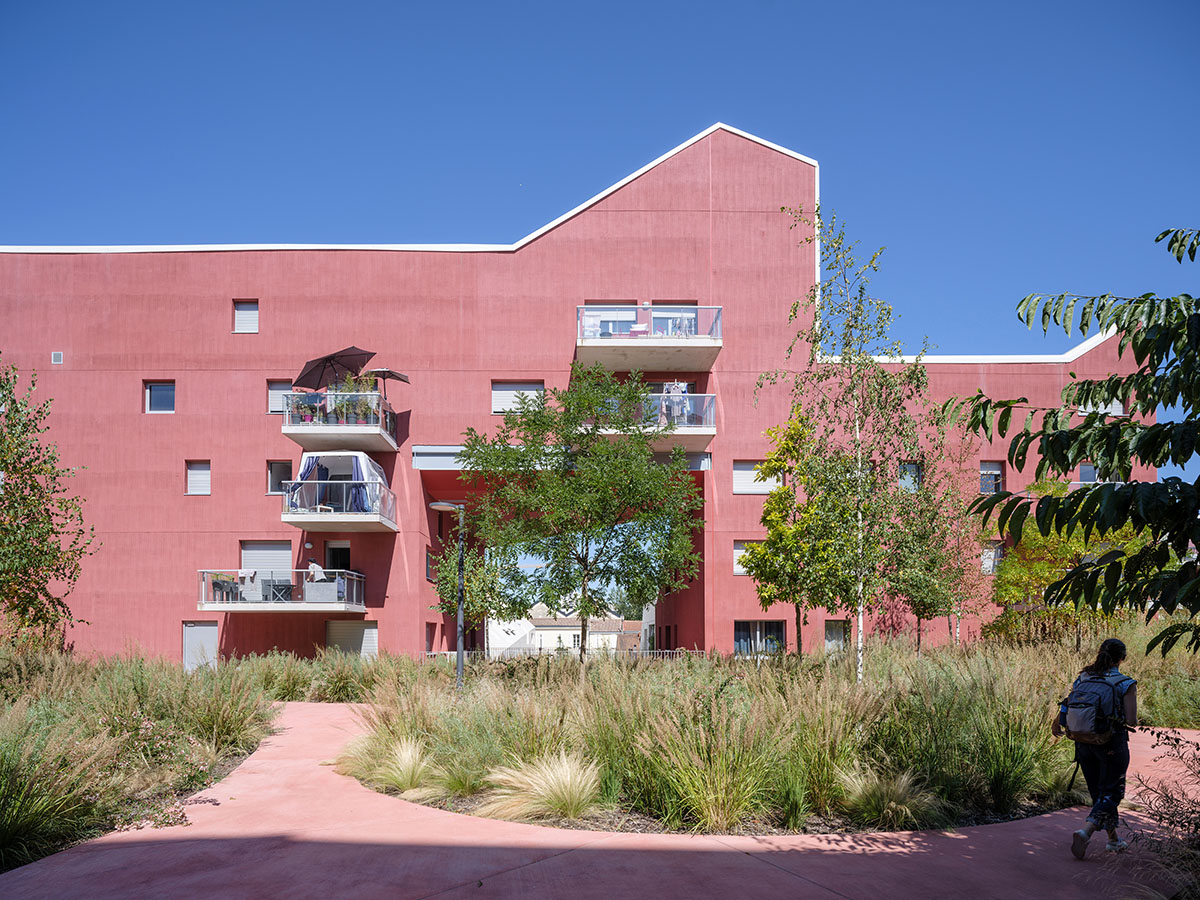 "This project served as preparation for the grander plan of the Bastide Niel development", added Maas.

"With this project we were able to test some of our ideas, which resulted in a masterplan with more greenery in the streets, better cost optimisation for façades, and more open courtyards." The landscape architecture of Ilot Queyries was designed by MVRDV in collaboration with Sabine Haristoy and Flint. 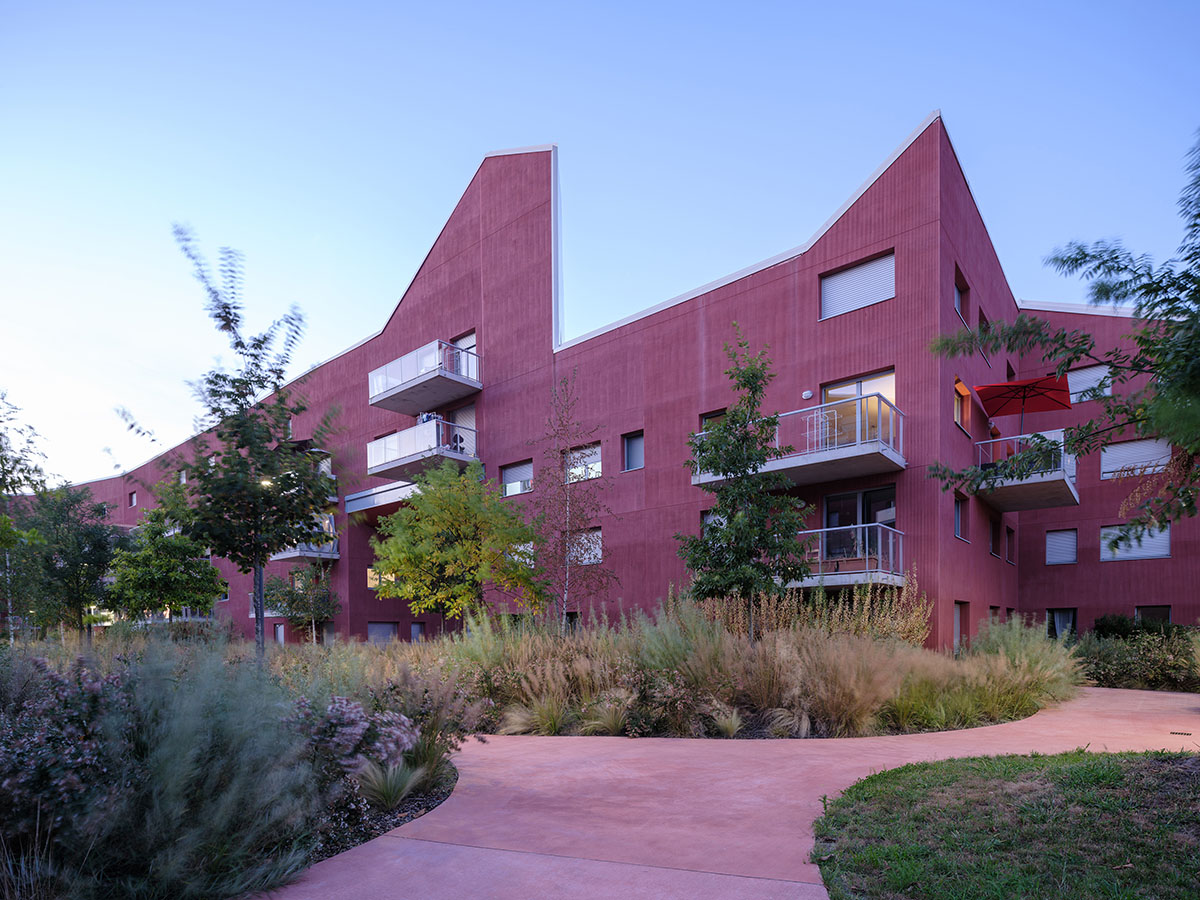 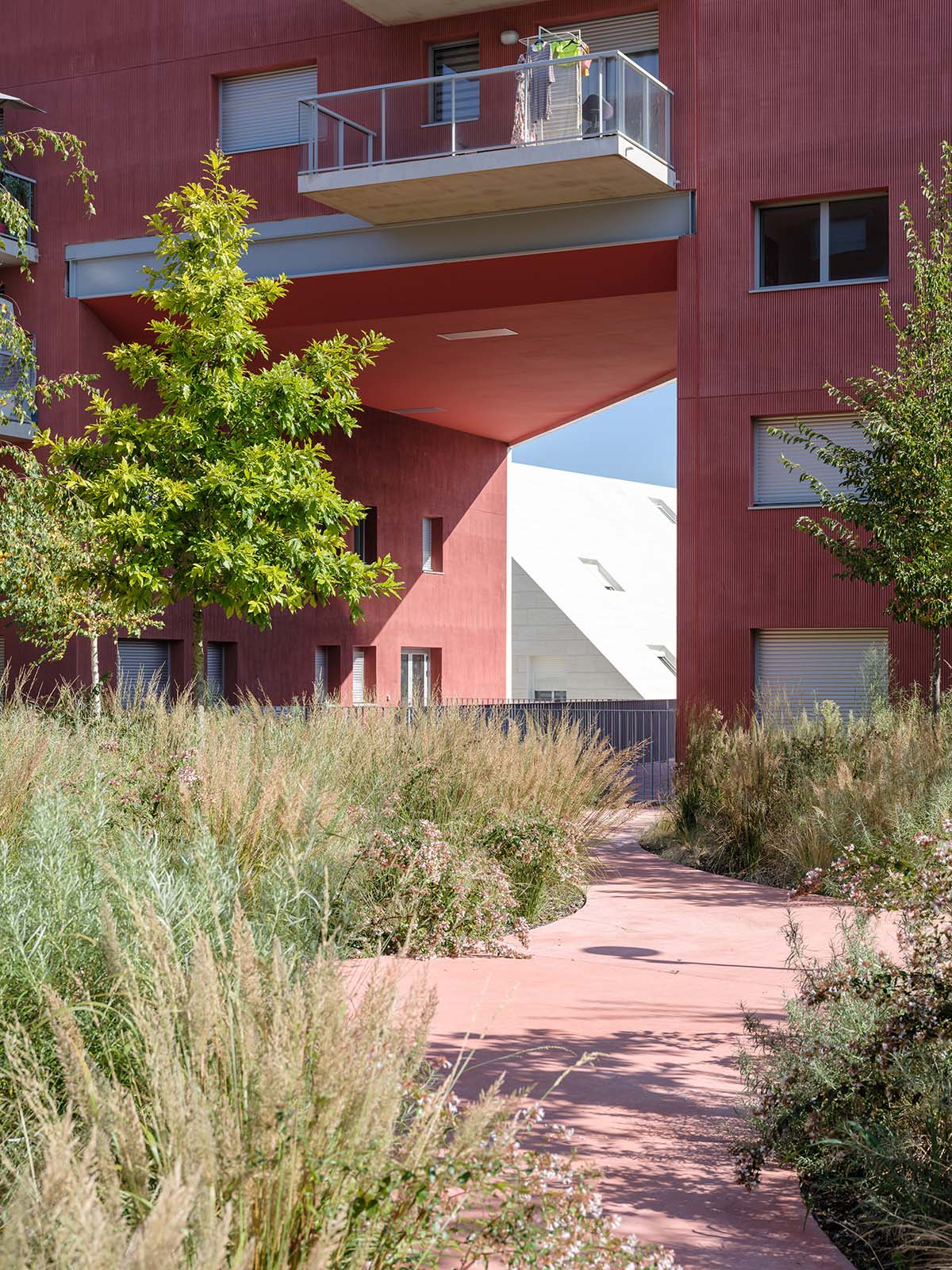 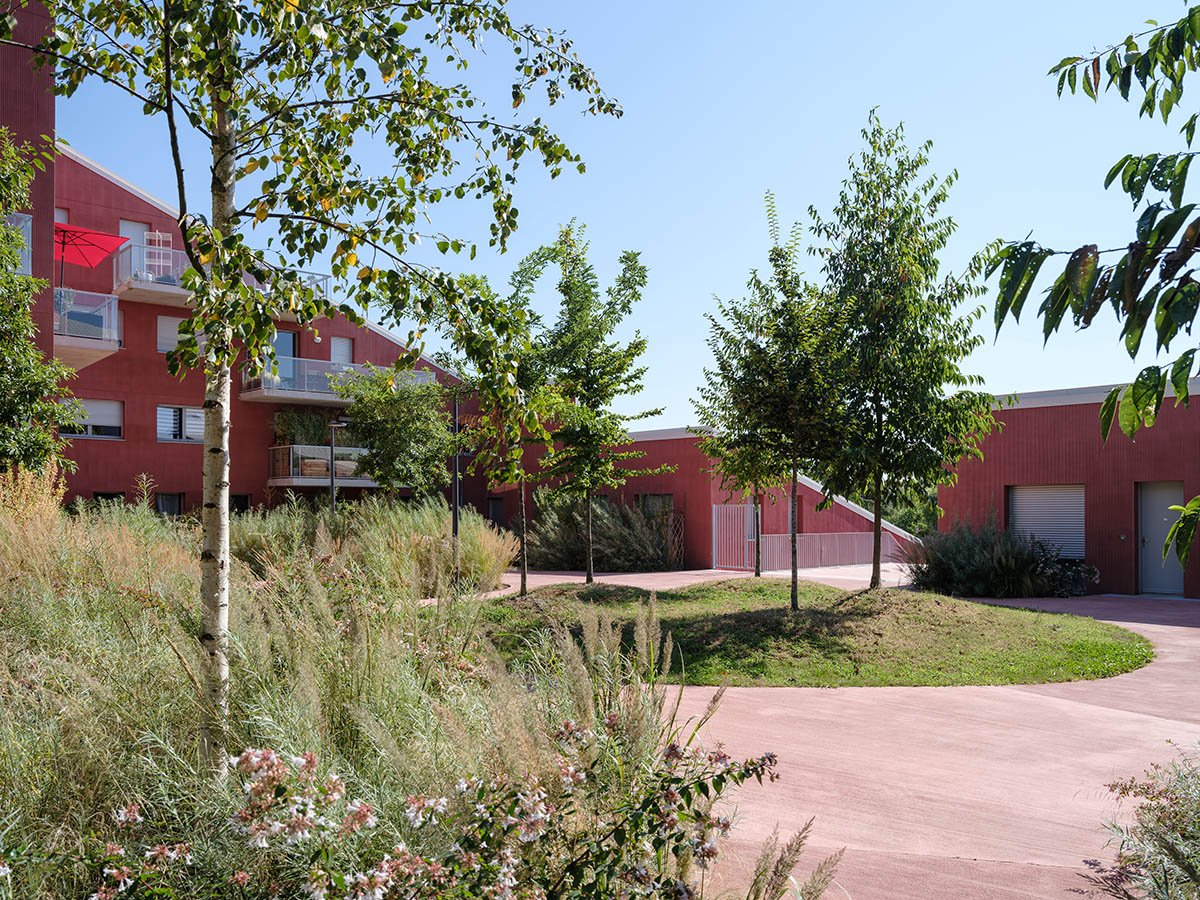 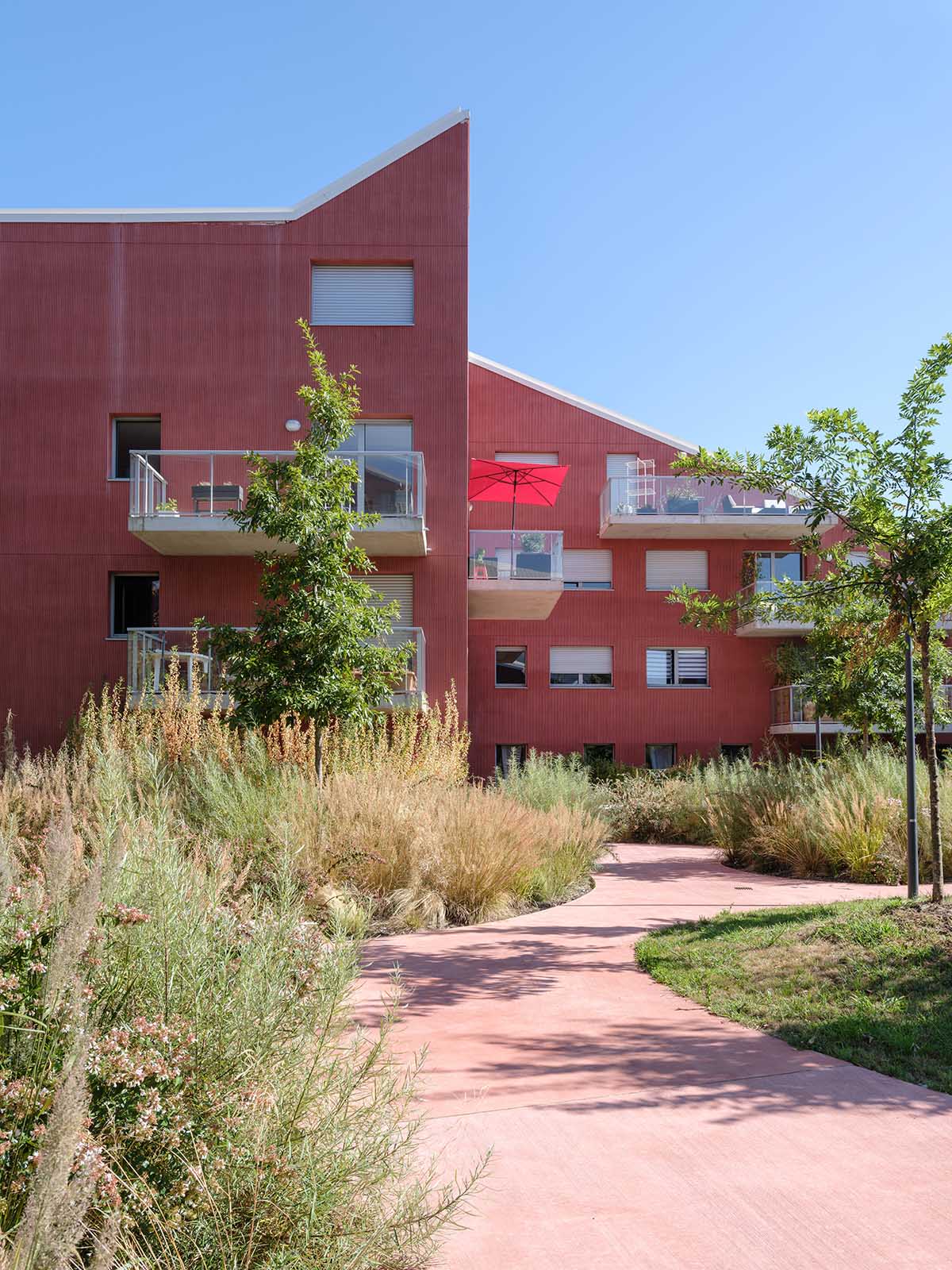 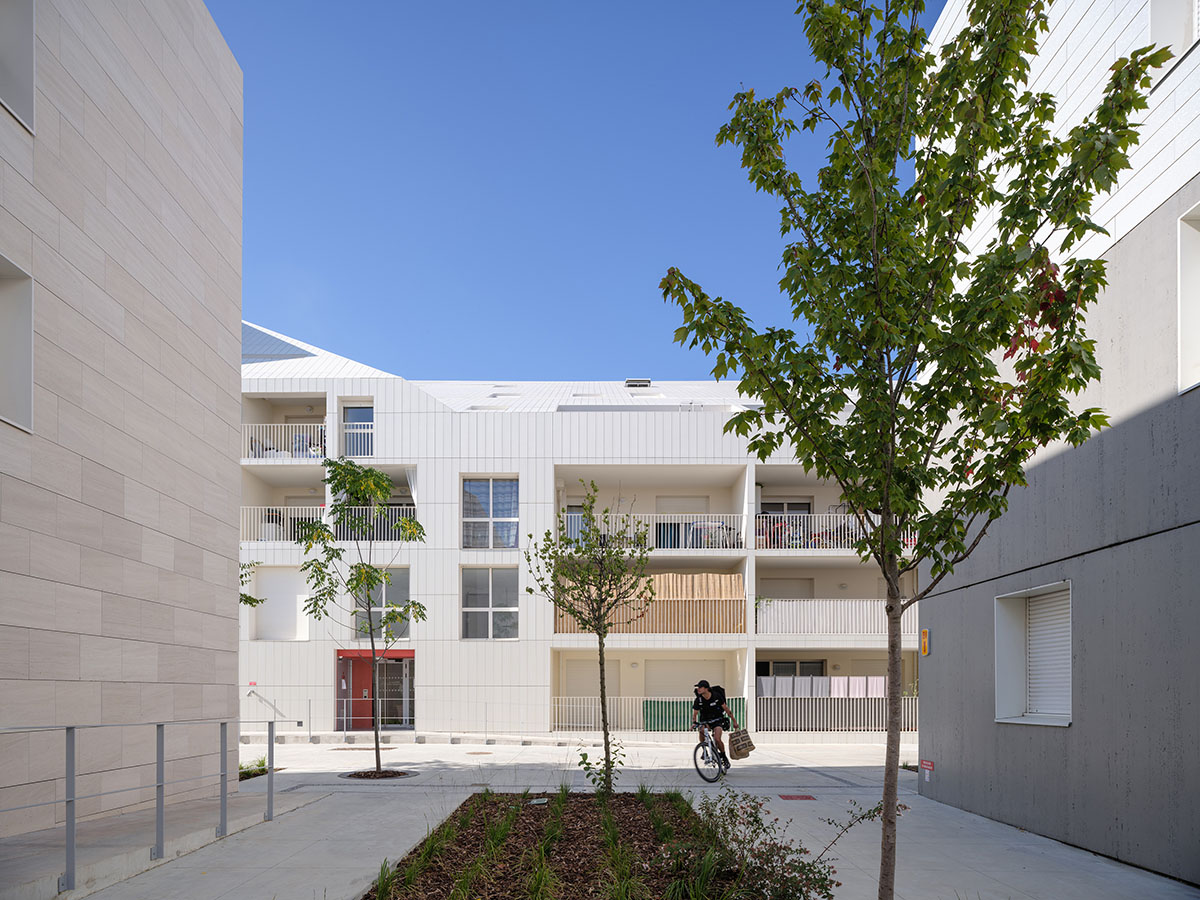 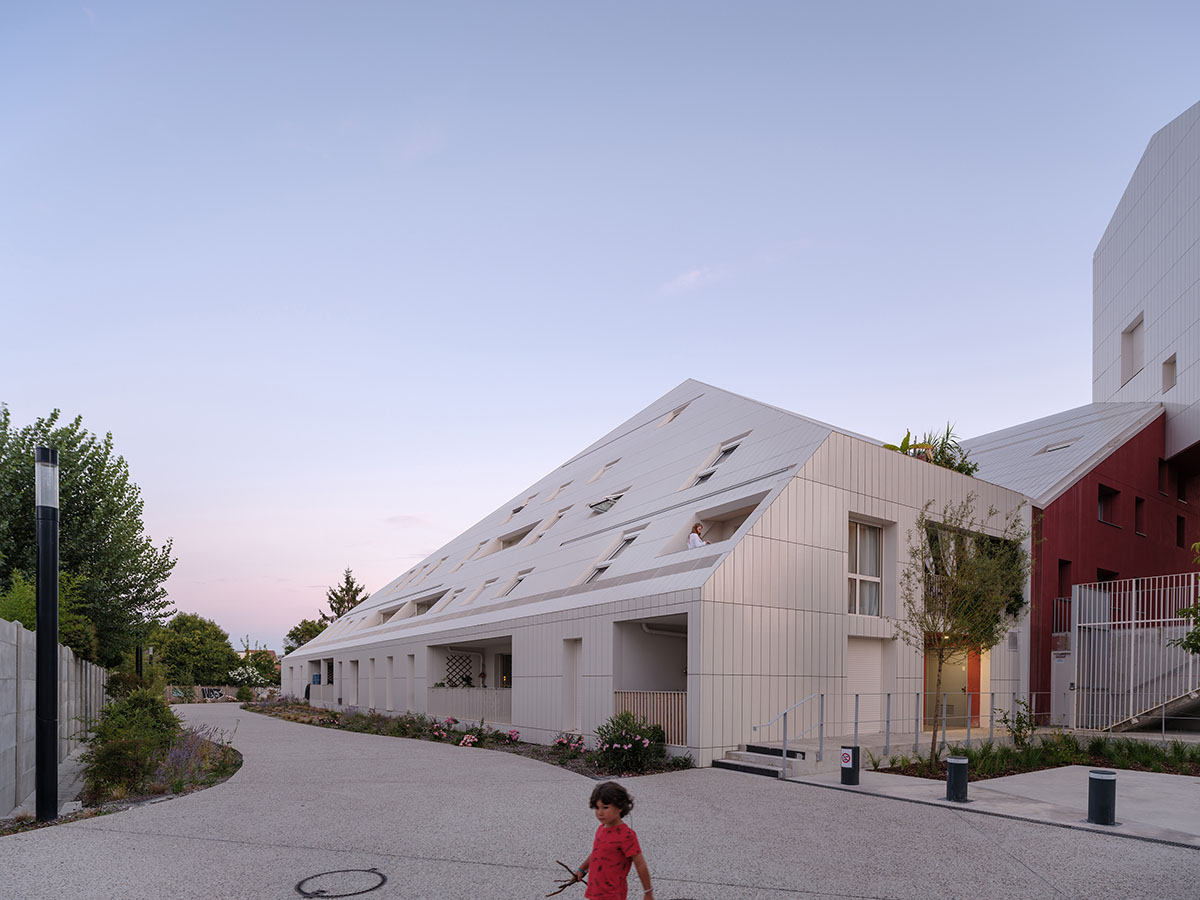 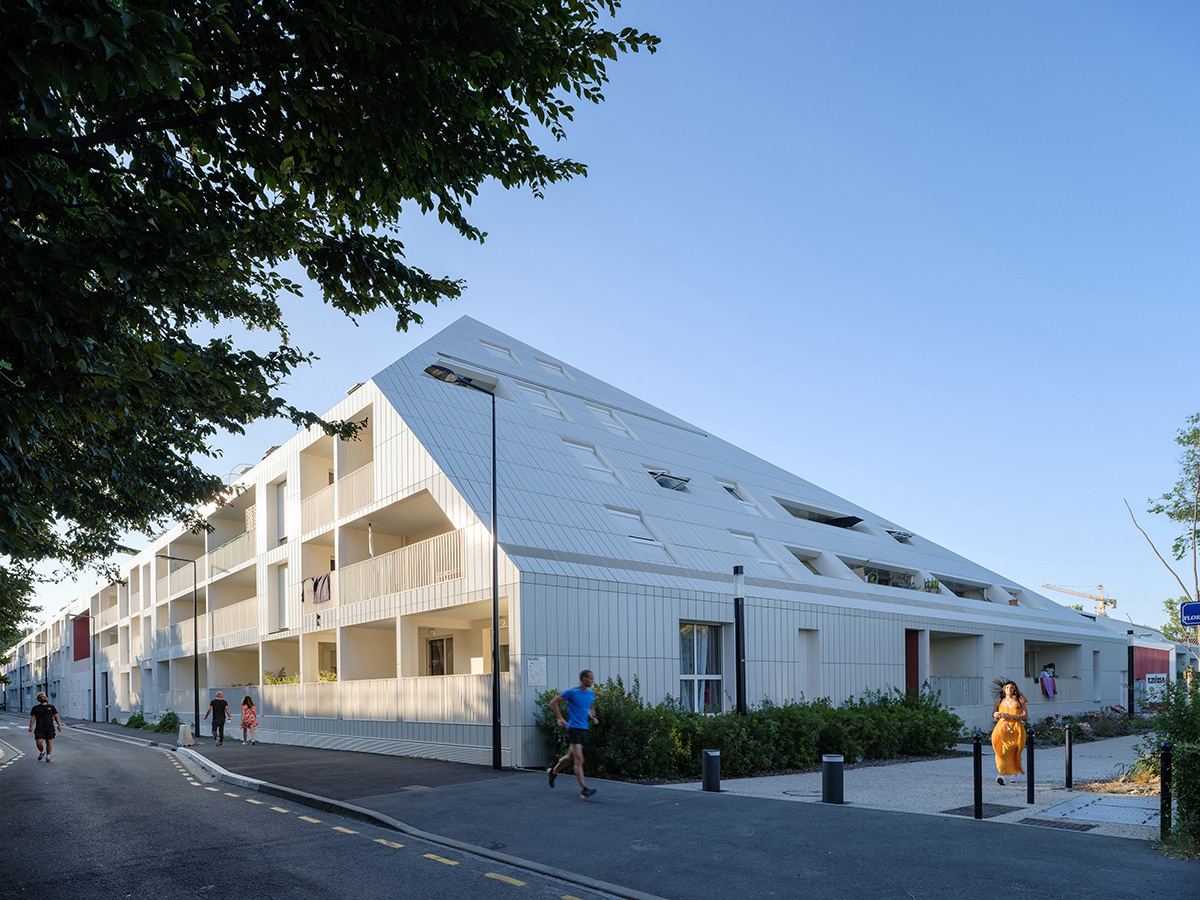 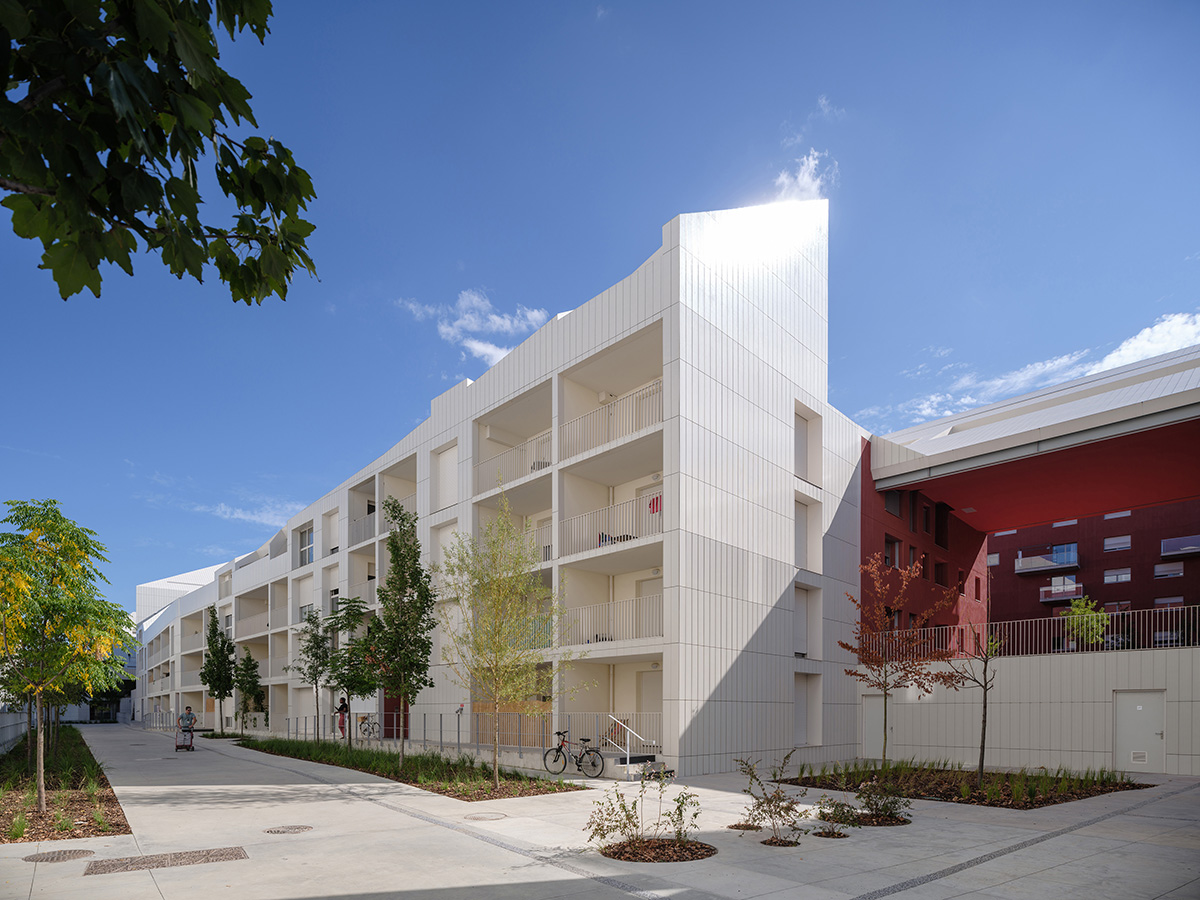 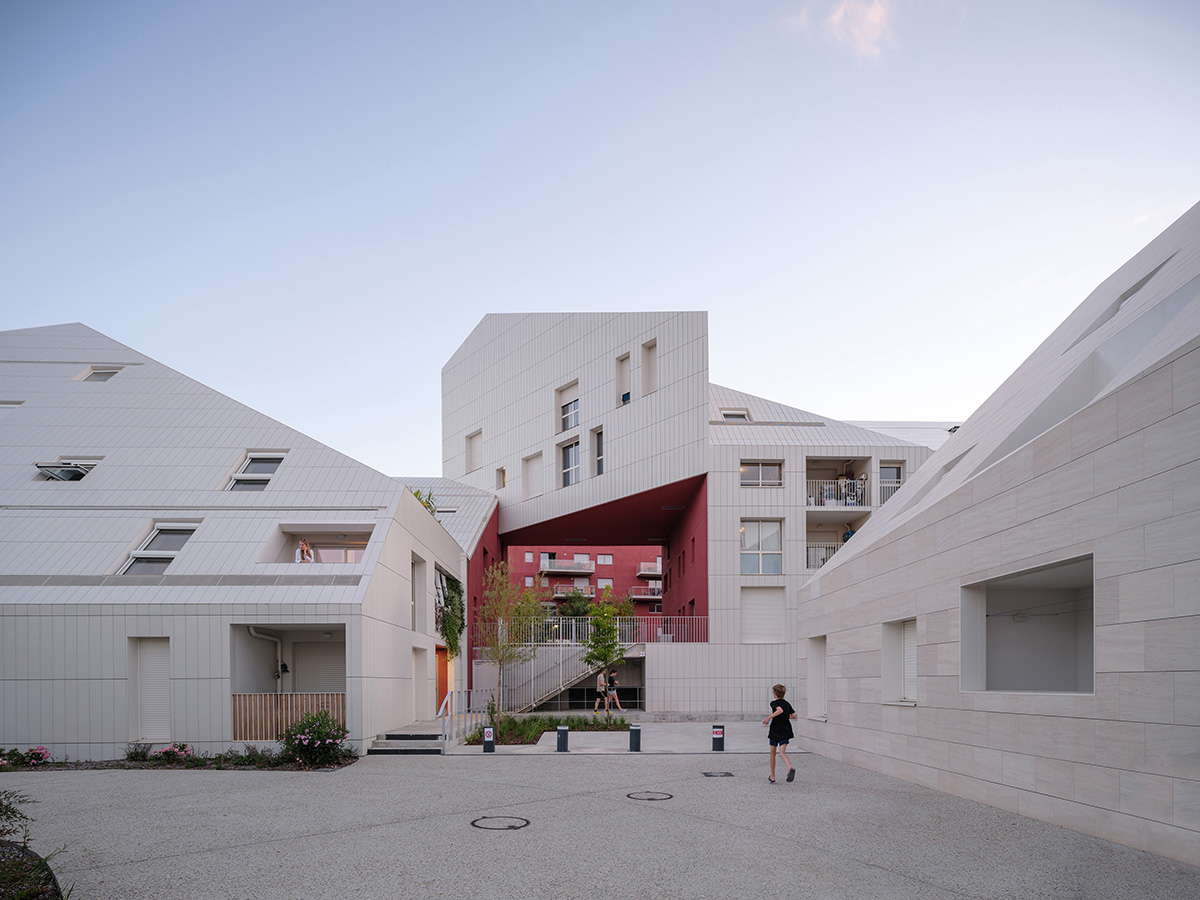 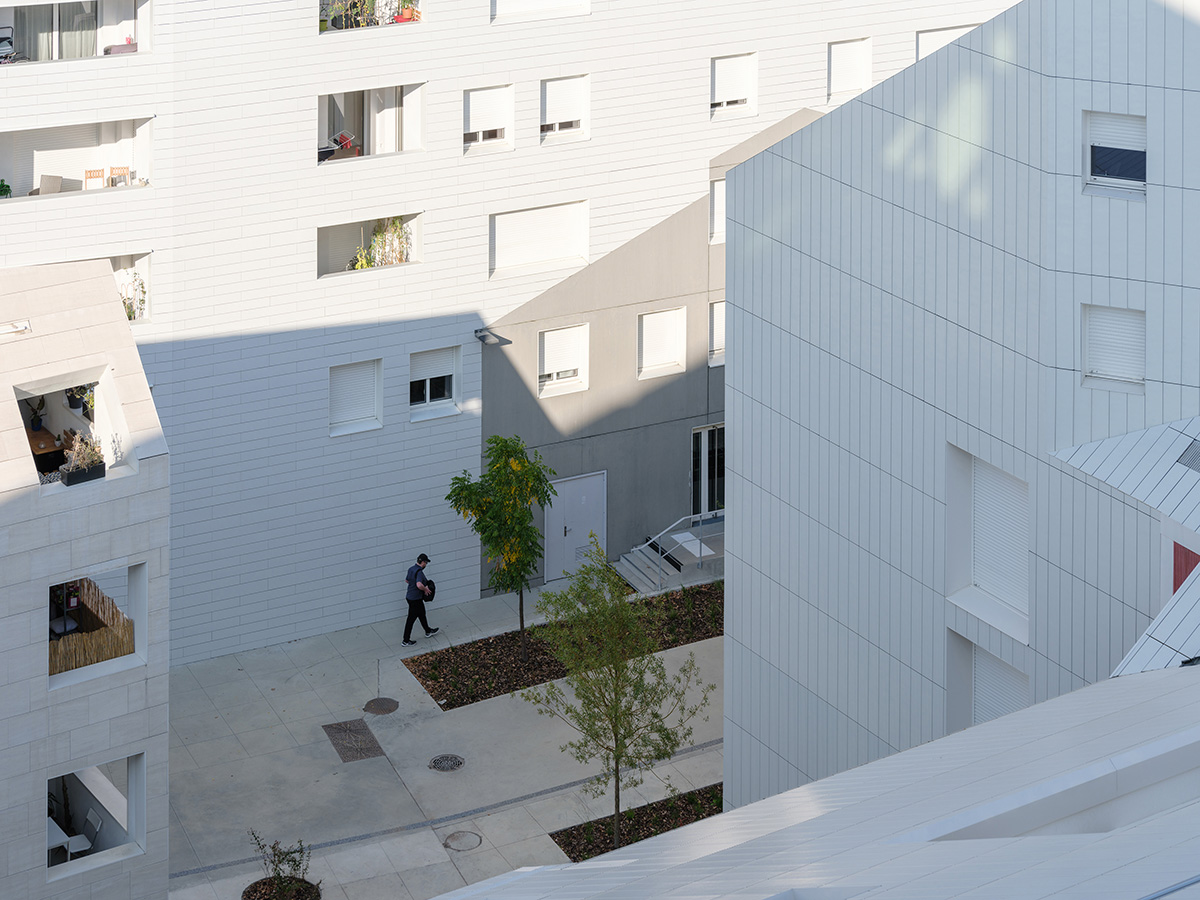 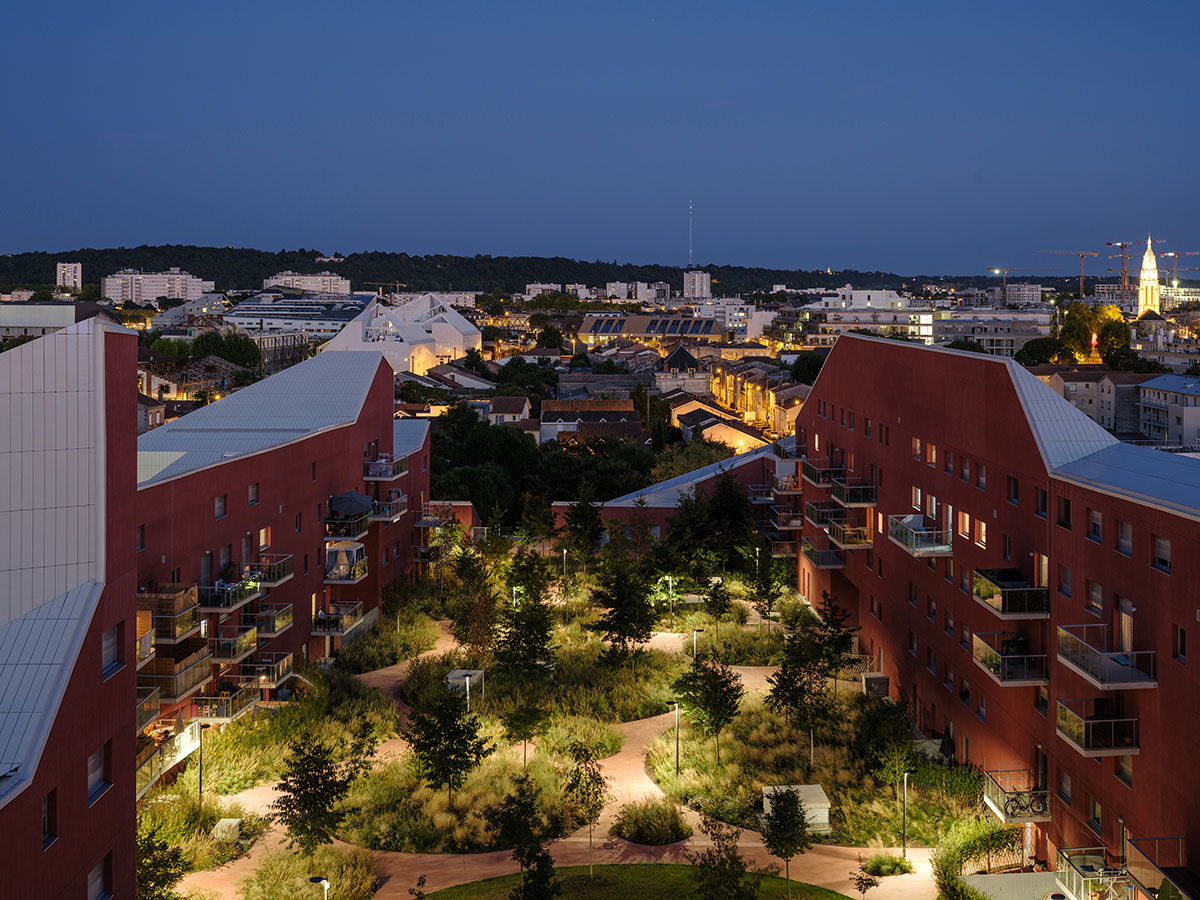 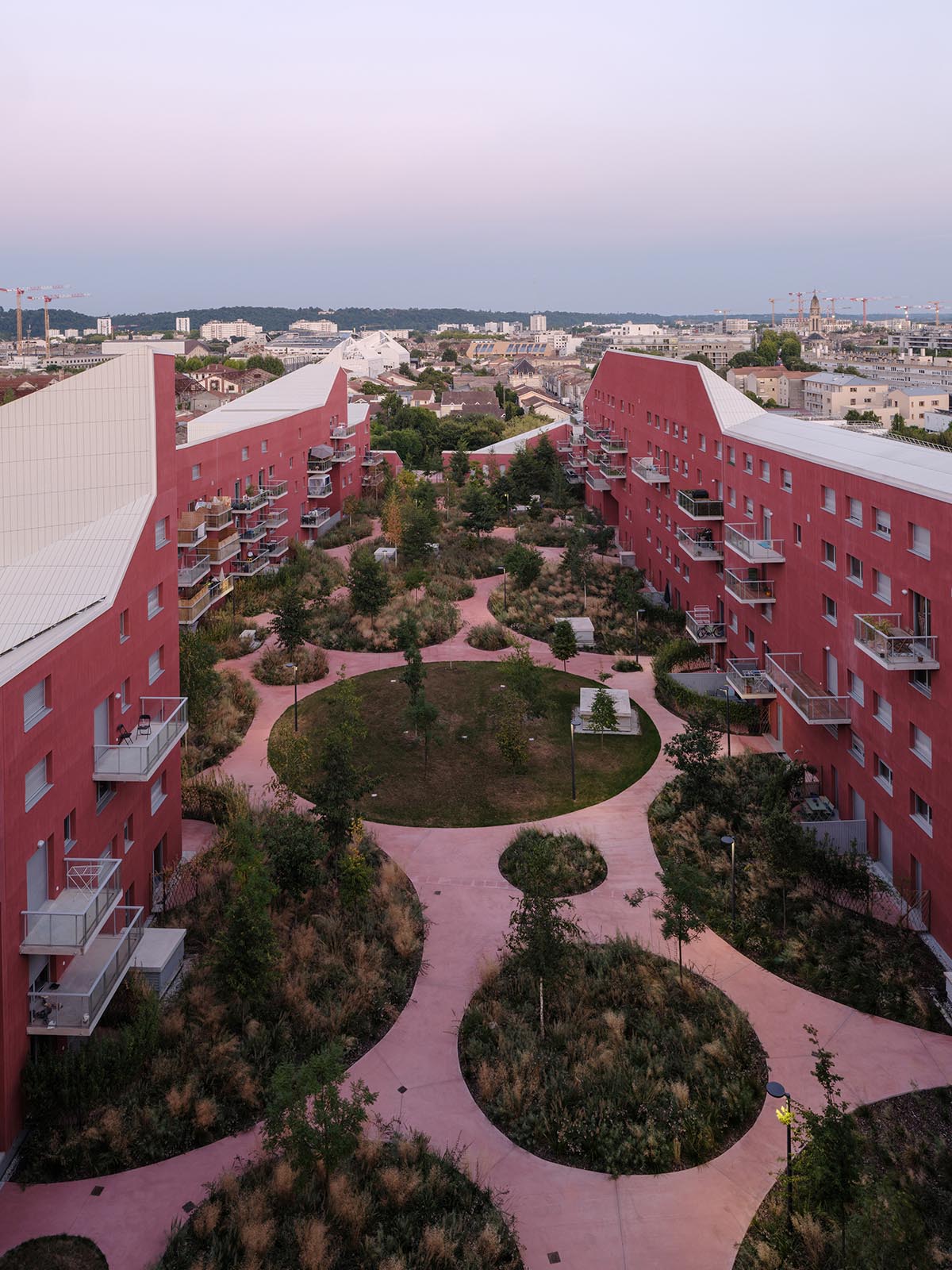 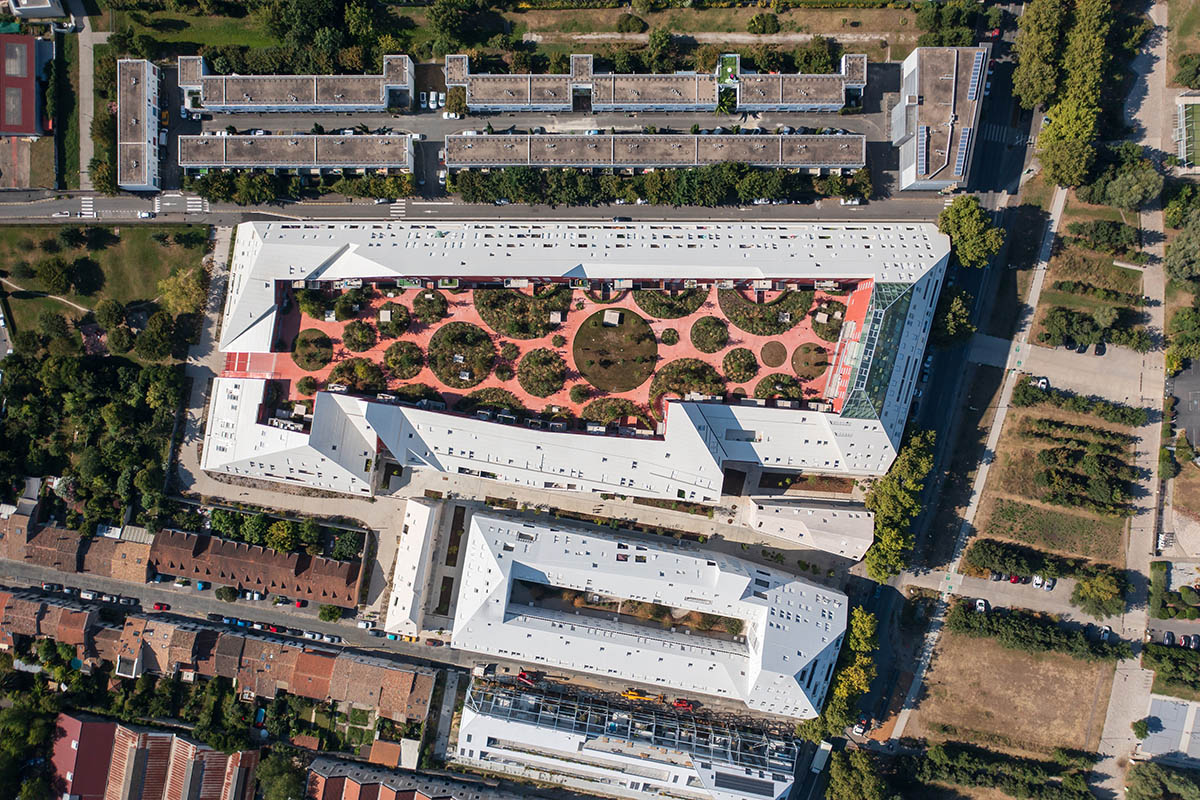