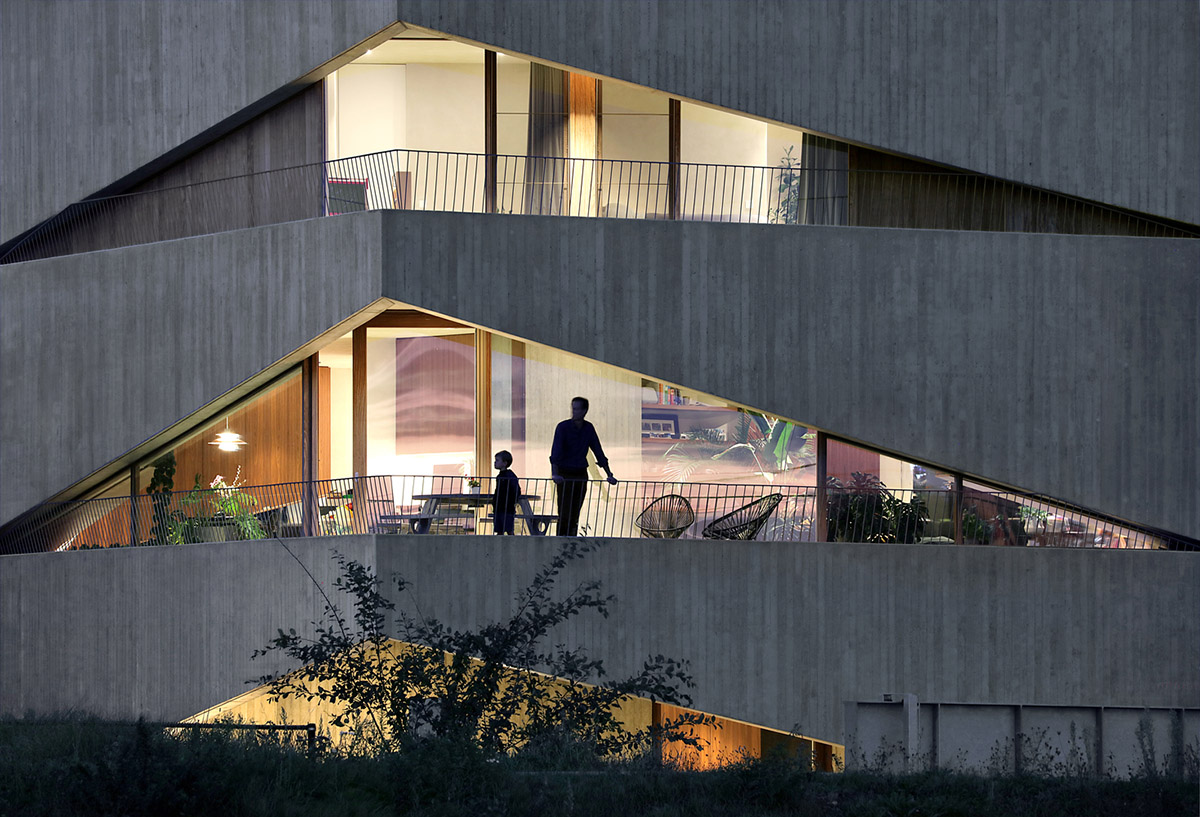 A Belgian house in Mechelen features asymmetrical angled concrete canopies that set balance between indoor and outdoor on a narrow and deep plot with close proximity to its neighbours.

Described as "an intriguing house that projects an introverted openness", the 474-square-metre private home is situated along the Leuvense Vaart in Mechelen, Belgium and create its own posture like a sculptural object.

The home was designed by Gent-based architecture practice GRAUX & BAEYENS Architecten to create a house that randomly play with asymmetrical concrete canopies.

This was going to form a pleasing impression of introverted openness, as the studio explained. 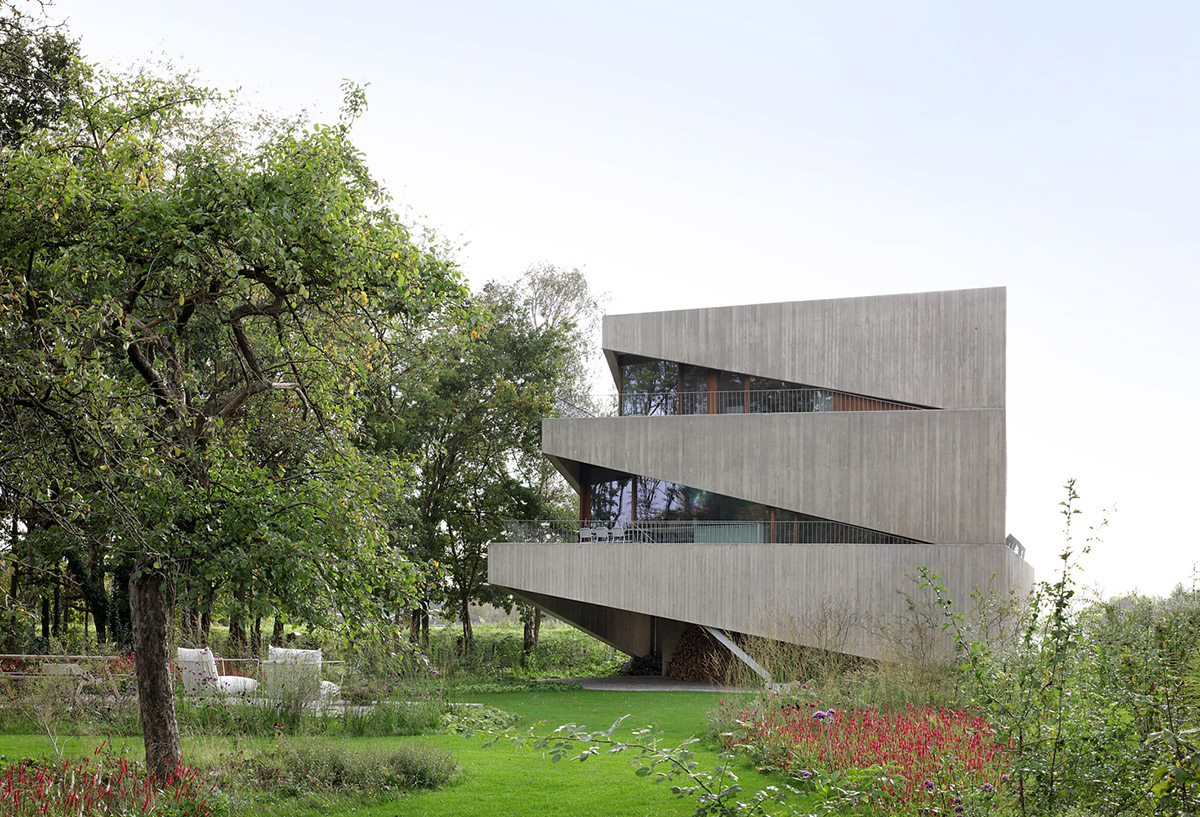 The two-storey house creates "intriguing contrasts" within its own context. Named House N-DP, the house is raised over a singular volume that houses the stairs, together with a cloakroom and laundry room.

Located in the concrete core of the house and the stairs lead guests to the living areas that nestle around the central part on the first floor in a single and flowing movement. 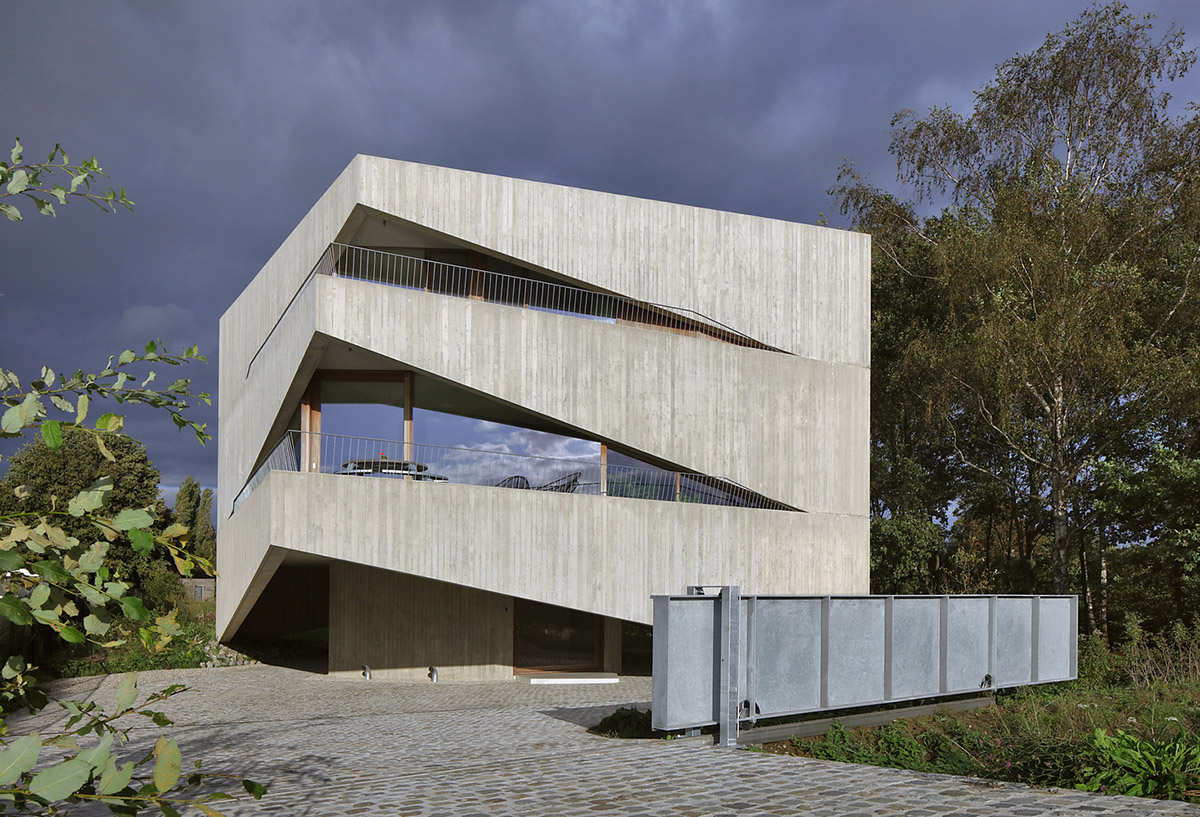 Having its own characteristic dynamics, the surprising impact of these dynamics is created by the angled concrete canopies, and as the architects described, "the sophisticated positioning of the triangular storeys were an aesthetic necessity, designed in response to the environment in which the house was built." 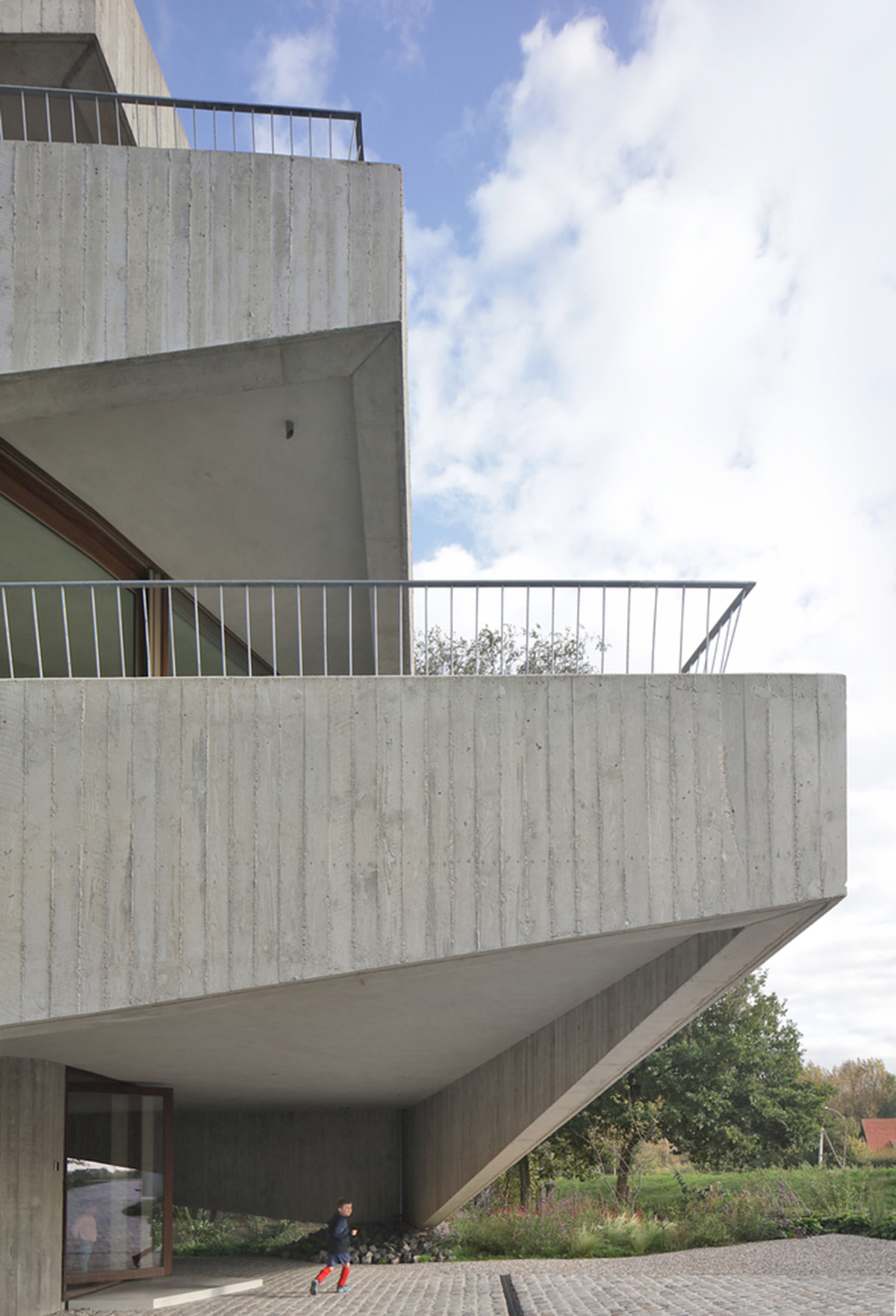 Since the house is situated on a narrow, deep plot and has a close proximity to neighbours, the house had to have an expansive view of the canal and the fields behind it, while maintaining its own privacy. 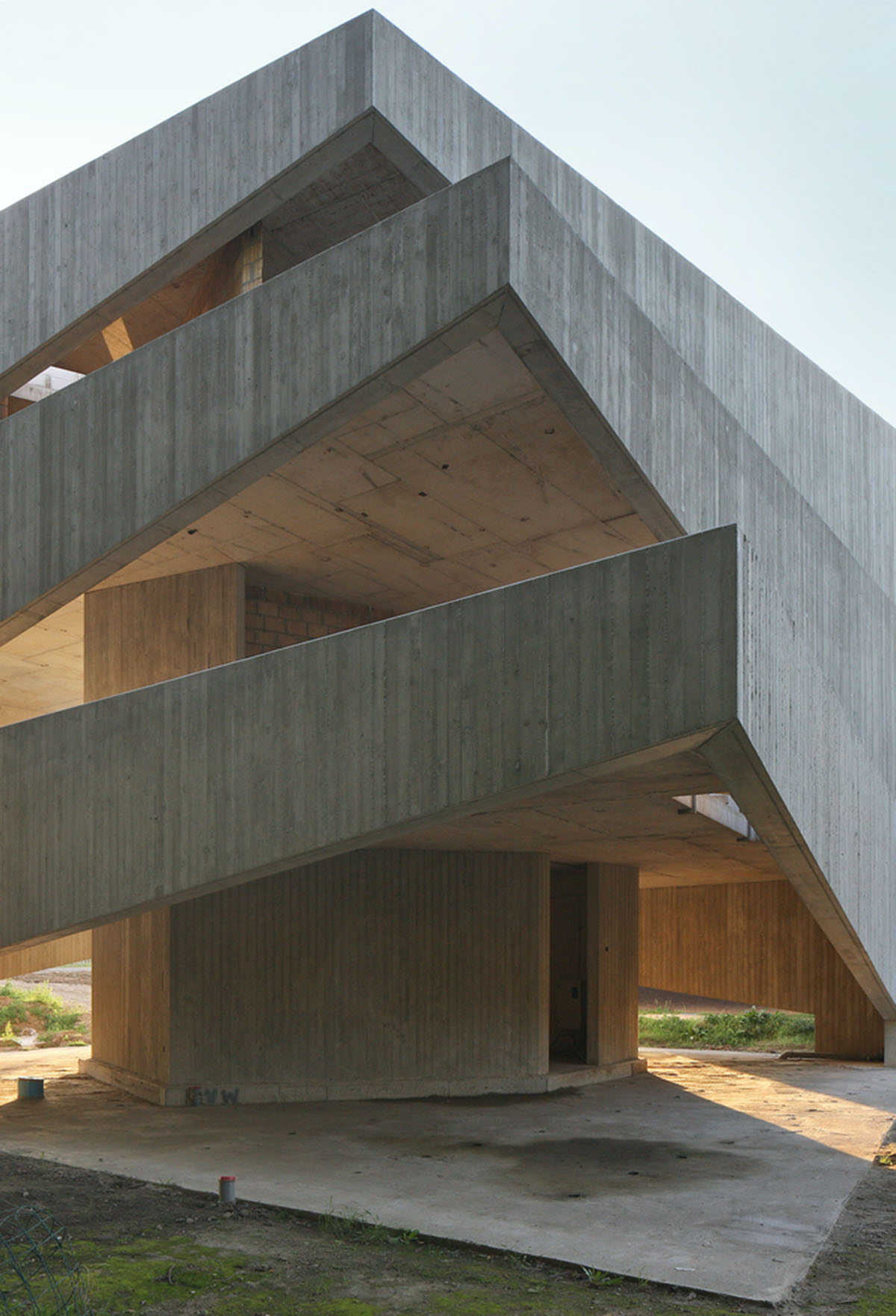 "The concept of the house is the result of a creative process that takes all these parameters into account in a single, consistent story," said GRAUX & BAEYENS Architecten.

"Each storey is set back in relation to the previous one and has been superimposed at a slightly shifted angle, with the intention of creating privacy and a sense of security for the residents."

"This fan-like movement inward also creates a playful effect that counters the monolithic appearance of the nine-metre-high building," added the office. 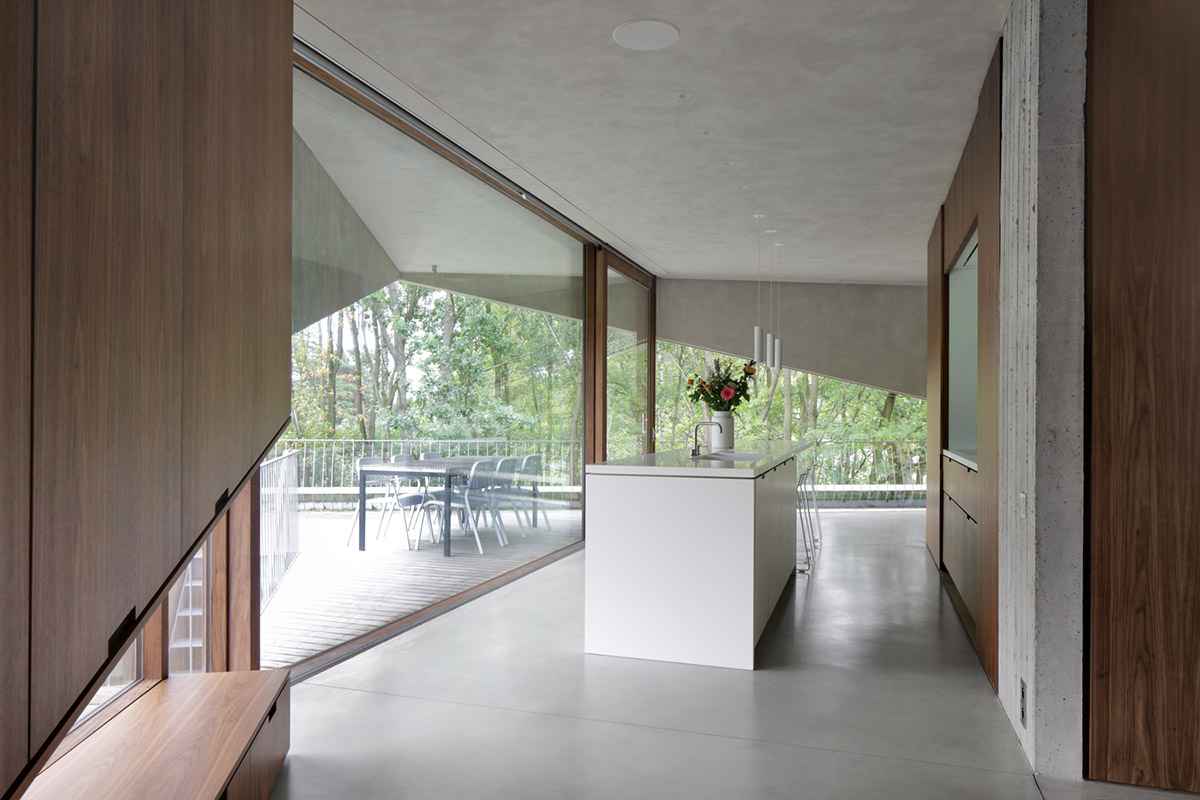 At the same time, the fan shape is aimed to cast an as little shadow as possible on the neighbours. By creating breaches in the concrete walls, these walls create exciting openings to the garden and the water. 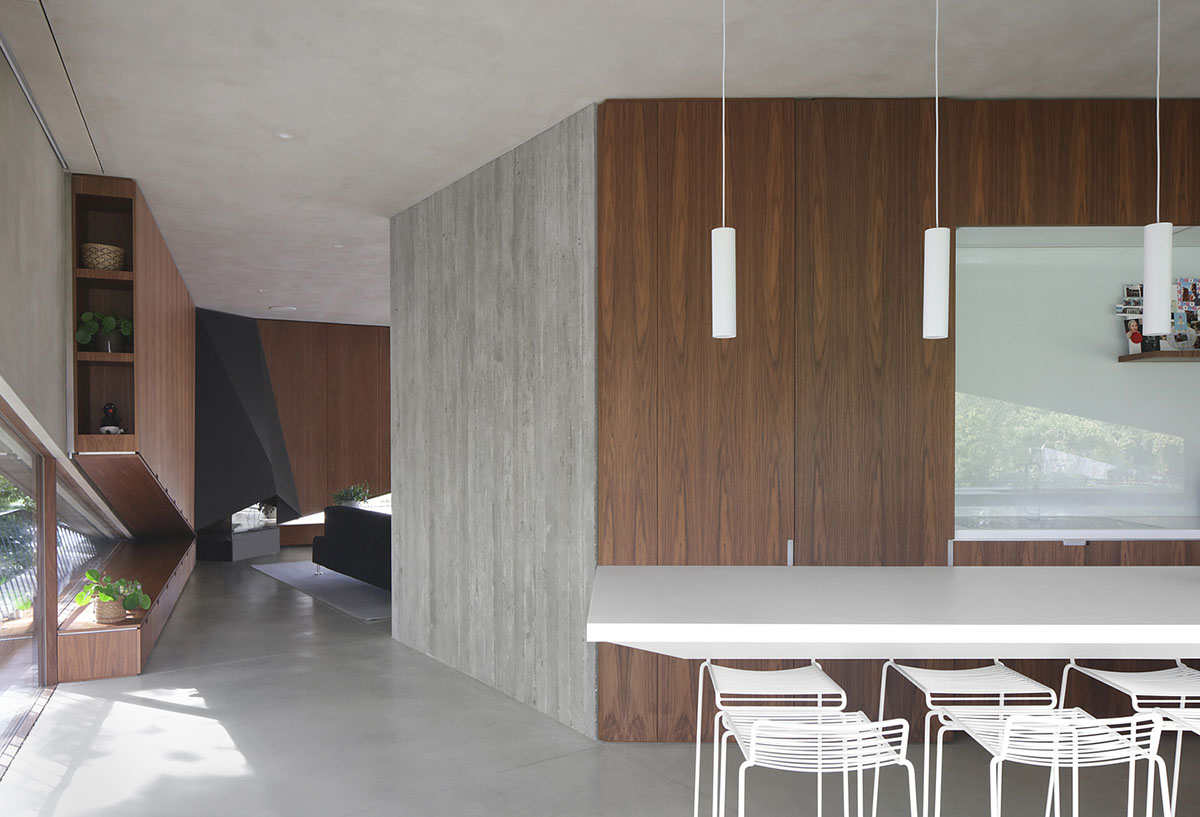 "While the concrete construction is no less imposing than the ships that slowly pass by on the canal, the openings give the whole a human scale," added the studio.

"The concrete from which the house is built also forms the supporting structure. This made it possible for the opening movement of the facades to be continued in the interior." 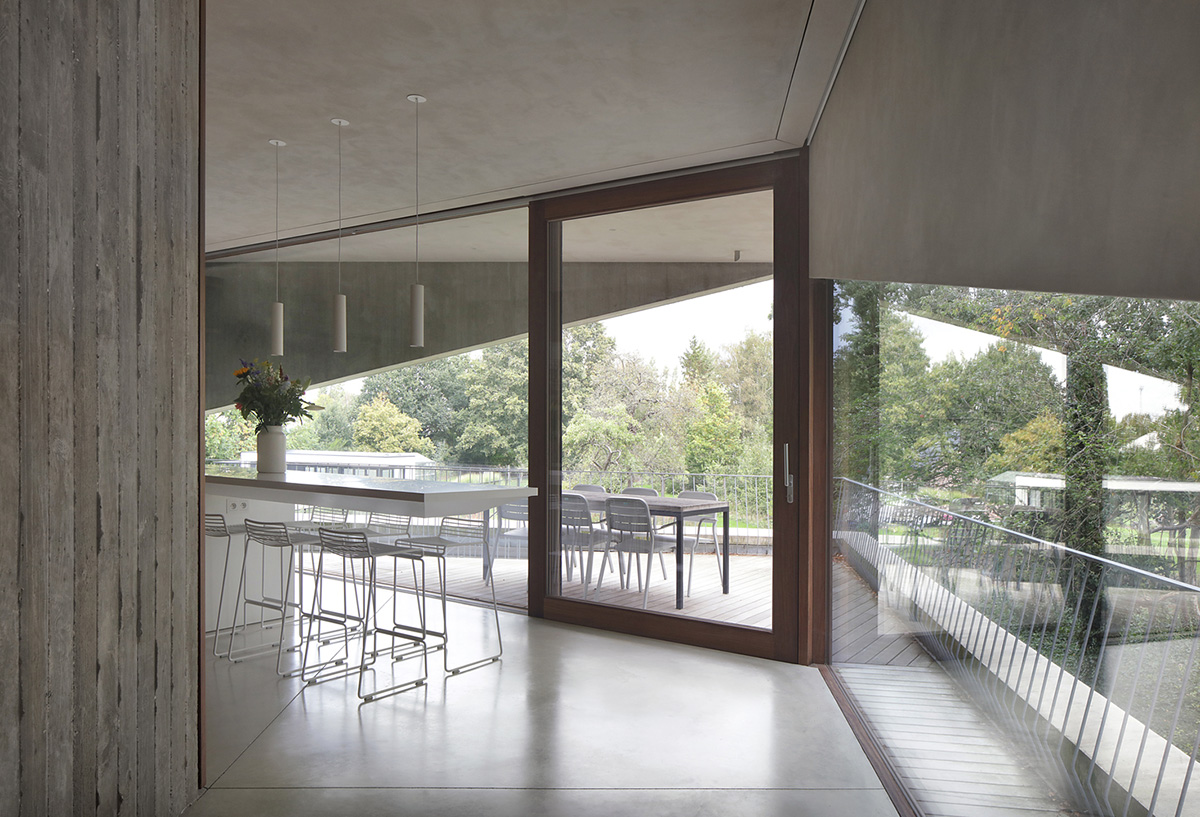 According to the architects, in the entrance volume, anyone who rings the bell "will instantly feel welcome thanks to the large, pivoting door and the inviting concrete entrance step."

On the first floor, kitchen, living and dining room are placed and the kitchen is positioned to benefit from the morning sun, while the living room with an adjoining terrace catches the last rays of the sun.

The bedrooms, placed on the upper level, are primarily functional and all open onto a beautiful terrace. 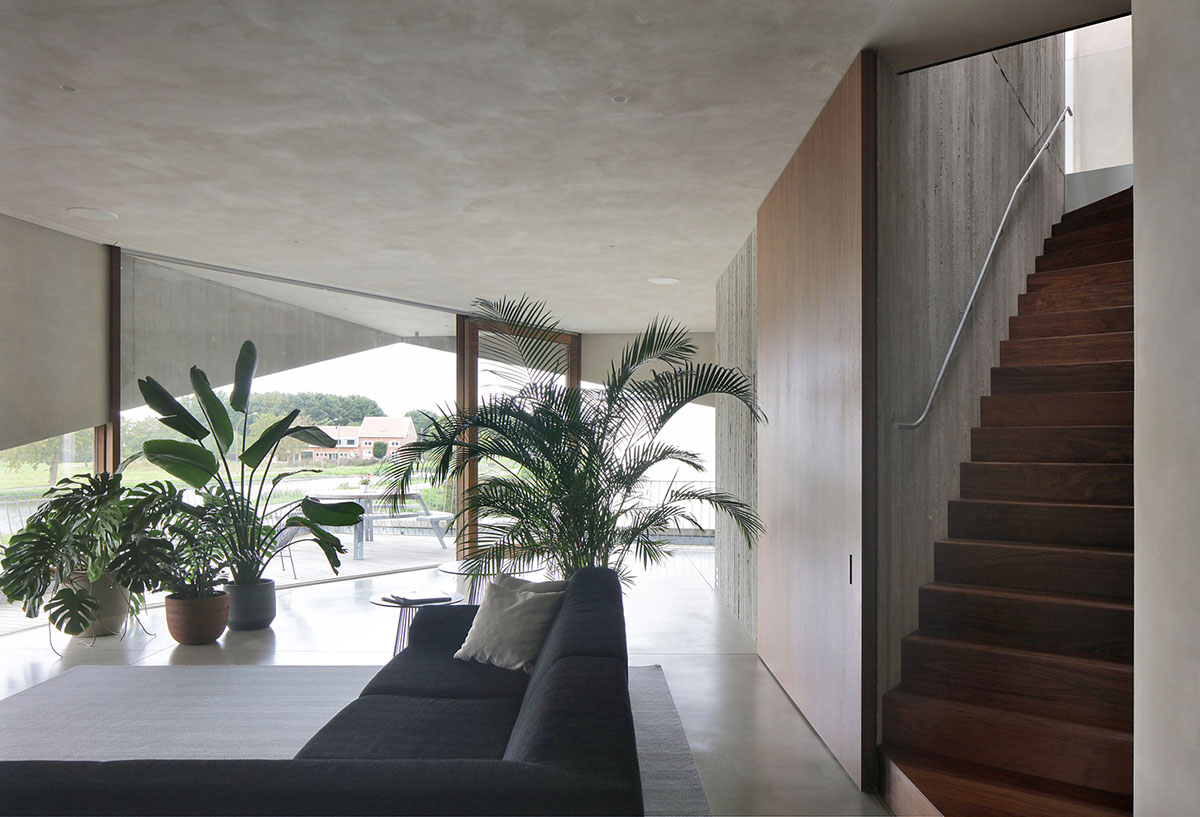 "Sheltered and open at the same time"

For this house, the architects preferred to use custom-made furnitures as the house has an irregular shape. They also designed custom-made storage units and fireplace wall. "The special symbiosis between secure enclosure and openness also comes into its own in the interior," the studio added.

"A feeling that is enhanced by a balanced use of understated materials, alternating the warm texture of clay plaster on walls and ceilings with the raw concrete and wooden finishing that are also used in the external facades." 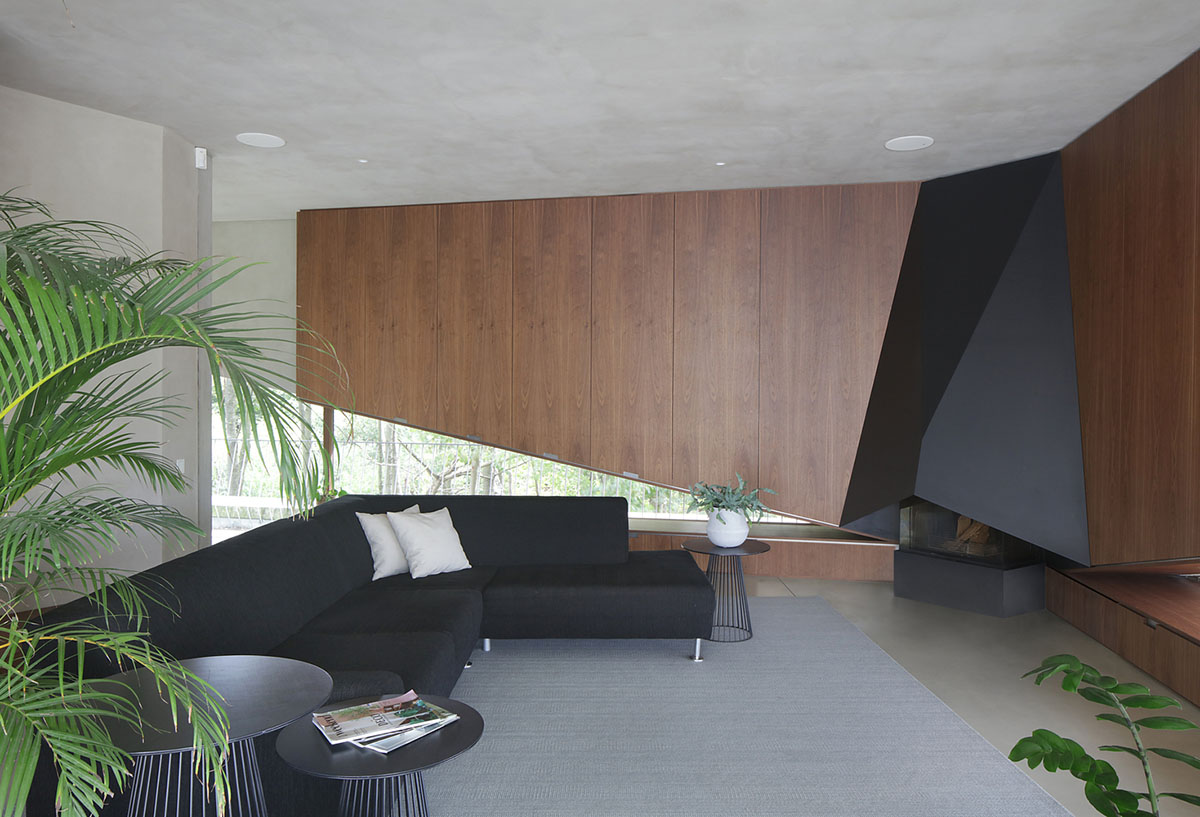 They used the tranquil material palette for the house and this has also been carried over into the smallest details. For example, for the balustrades, the architects deliberately did not work with modern glass, but used galvanized steel. 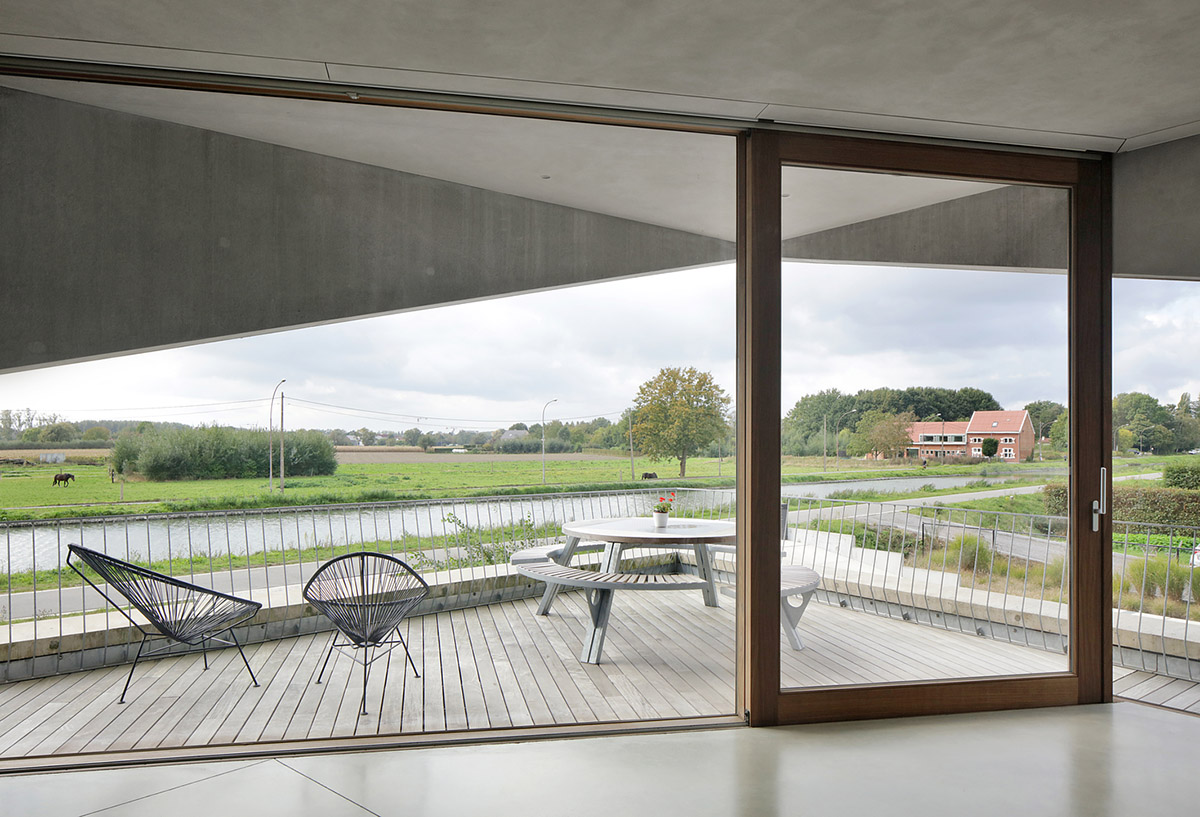 "This aligns the enclosure and the breaches in the facade with the human scale of the residents, in an otherwise imposing building," the office added.

"The steel of the balustrades is reflected in the external staircase and gate, which were specially designed for this house."

"A nice detail is that in this gate, just like in the facade of the house, recesses have been applied that makes the wheels of the gate visible and give it a surprising touch." 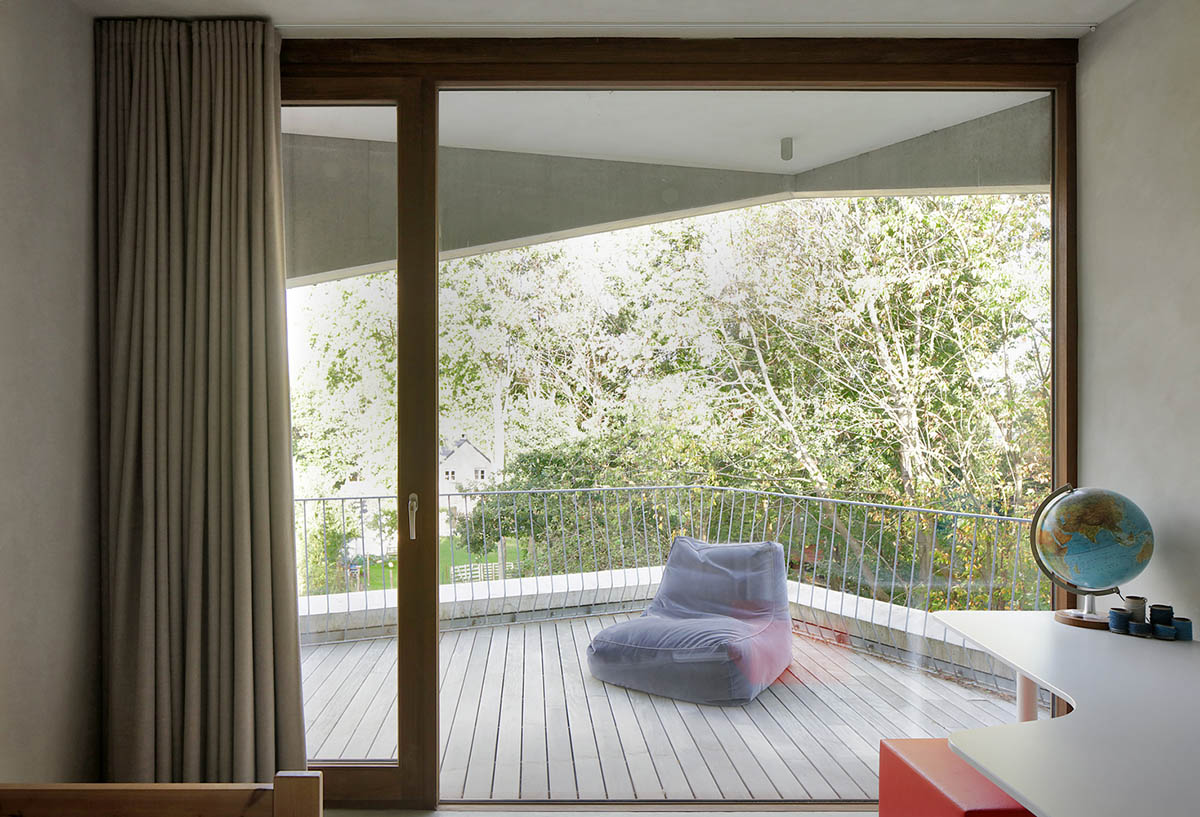 As the studio explains, the concept for this house evolved during the creative process into a story that in a single gesture meets all parameters of the residents and the environment, so that it fits seamlessly into its context. 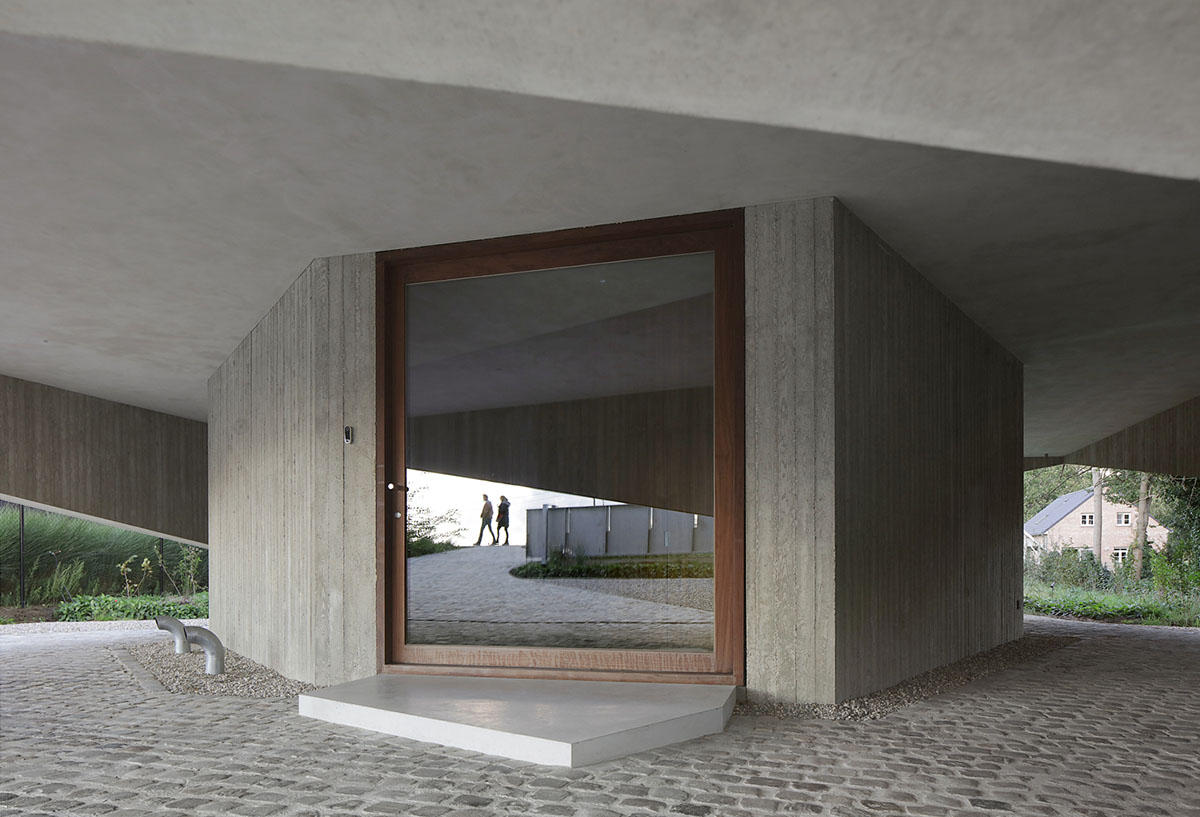 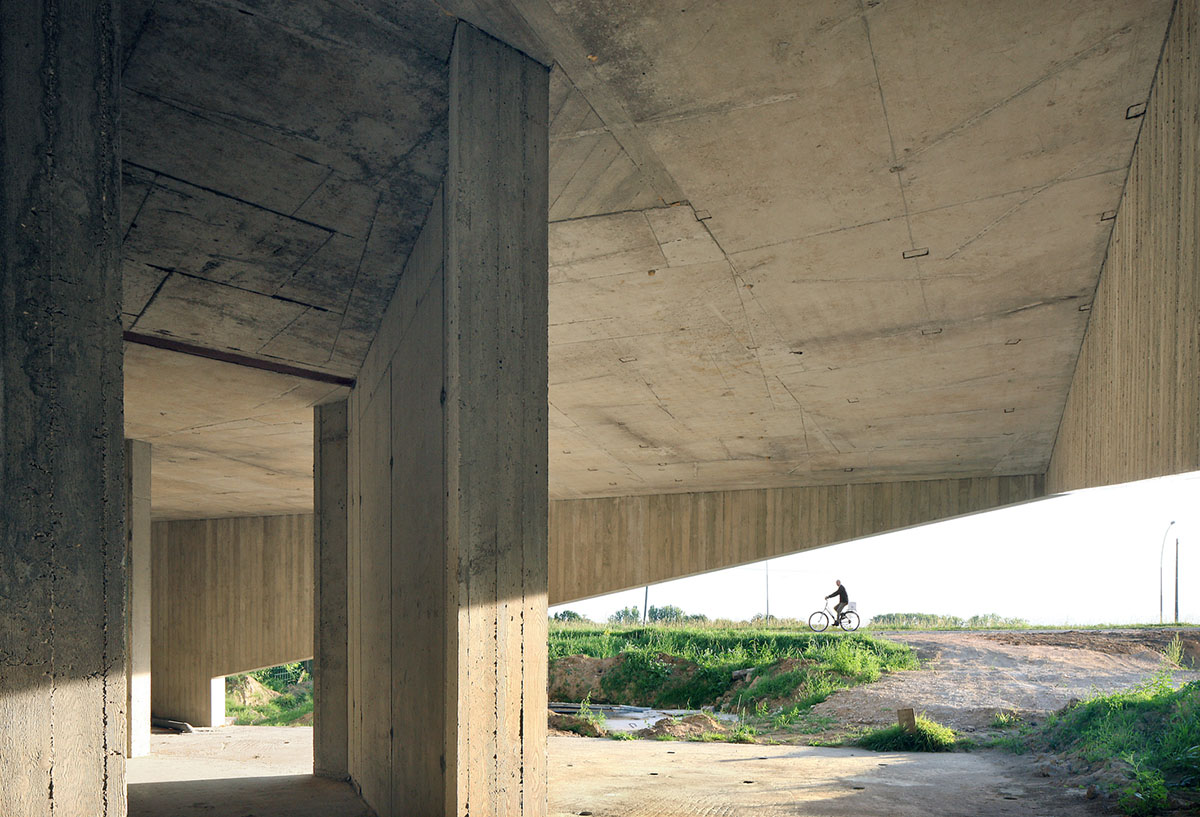 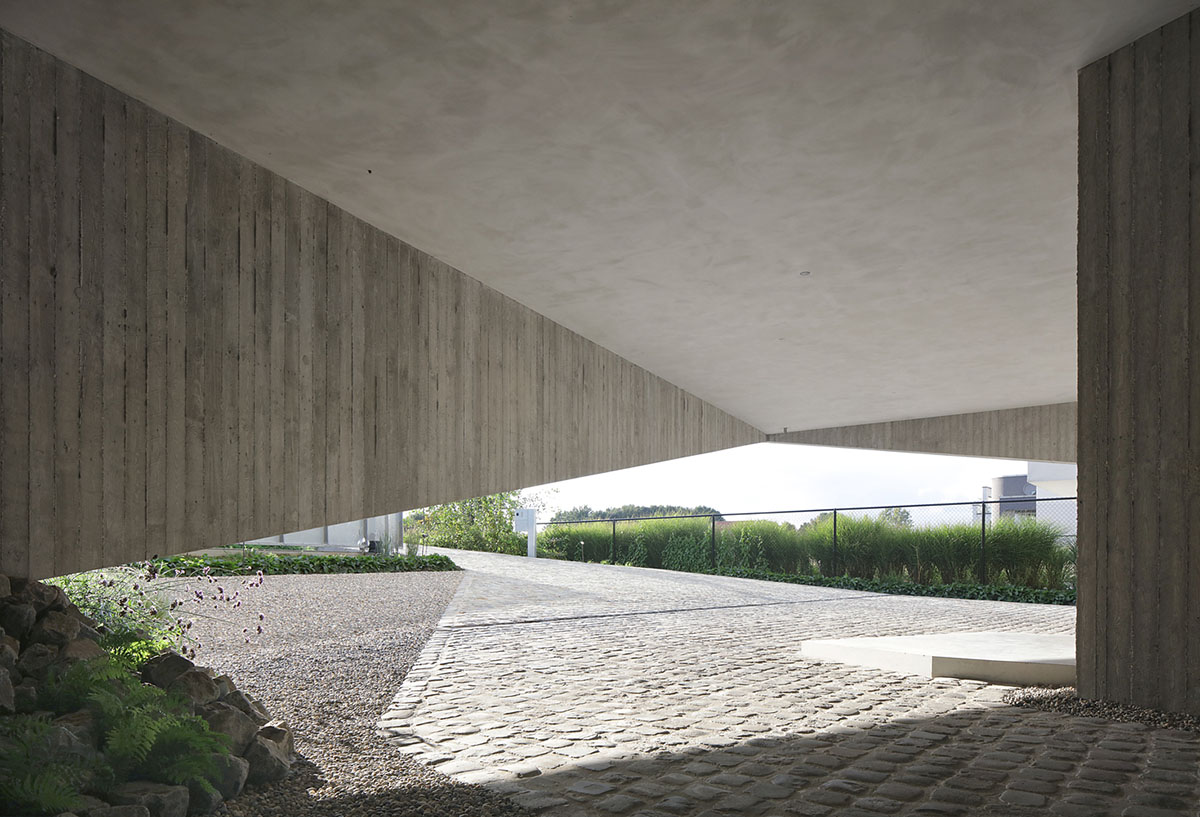 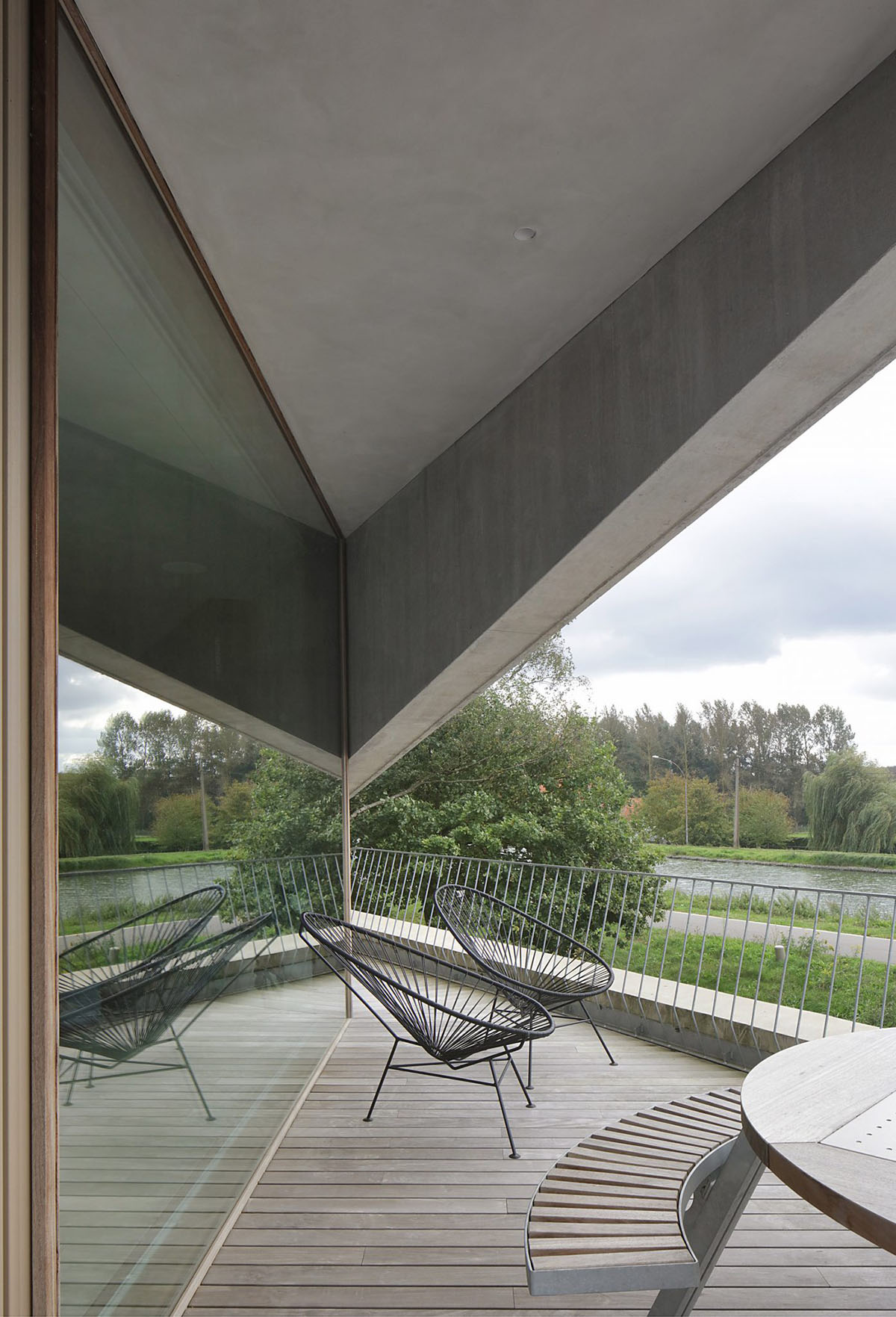 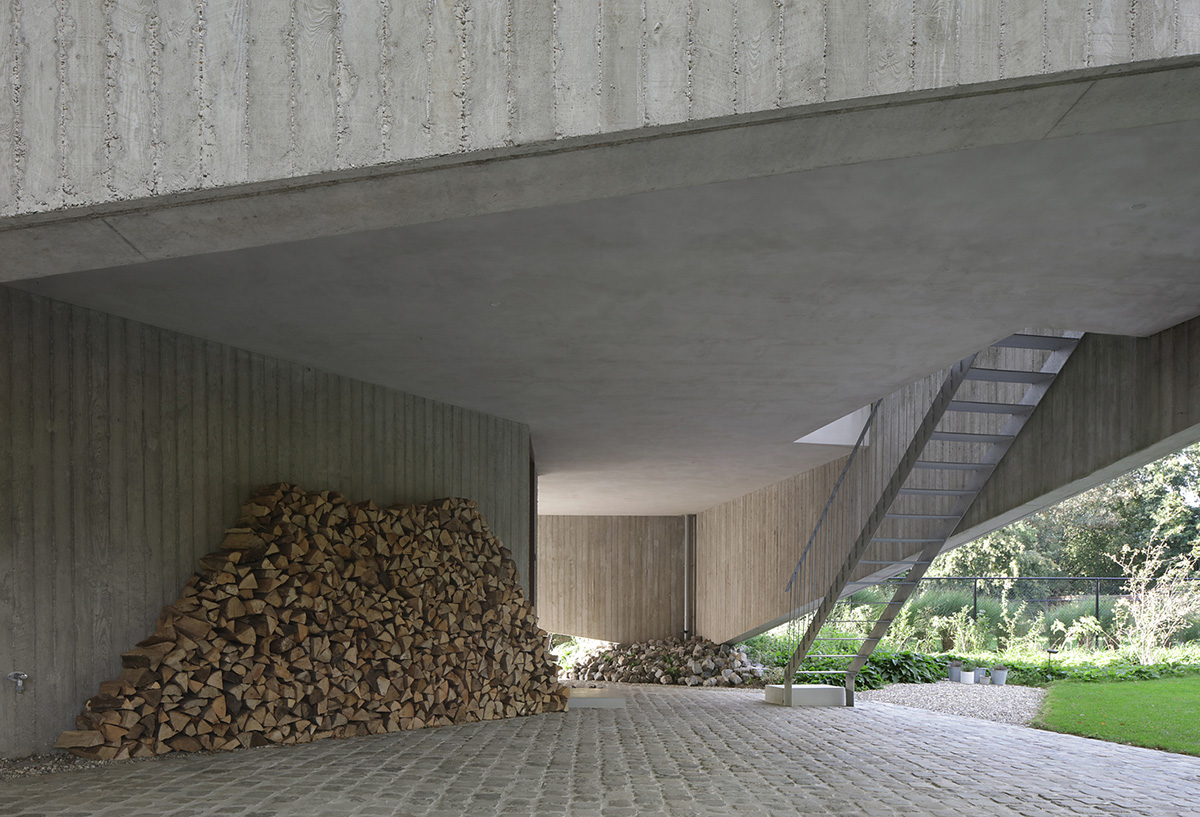 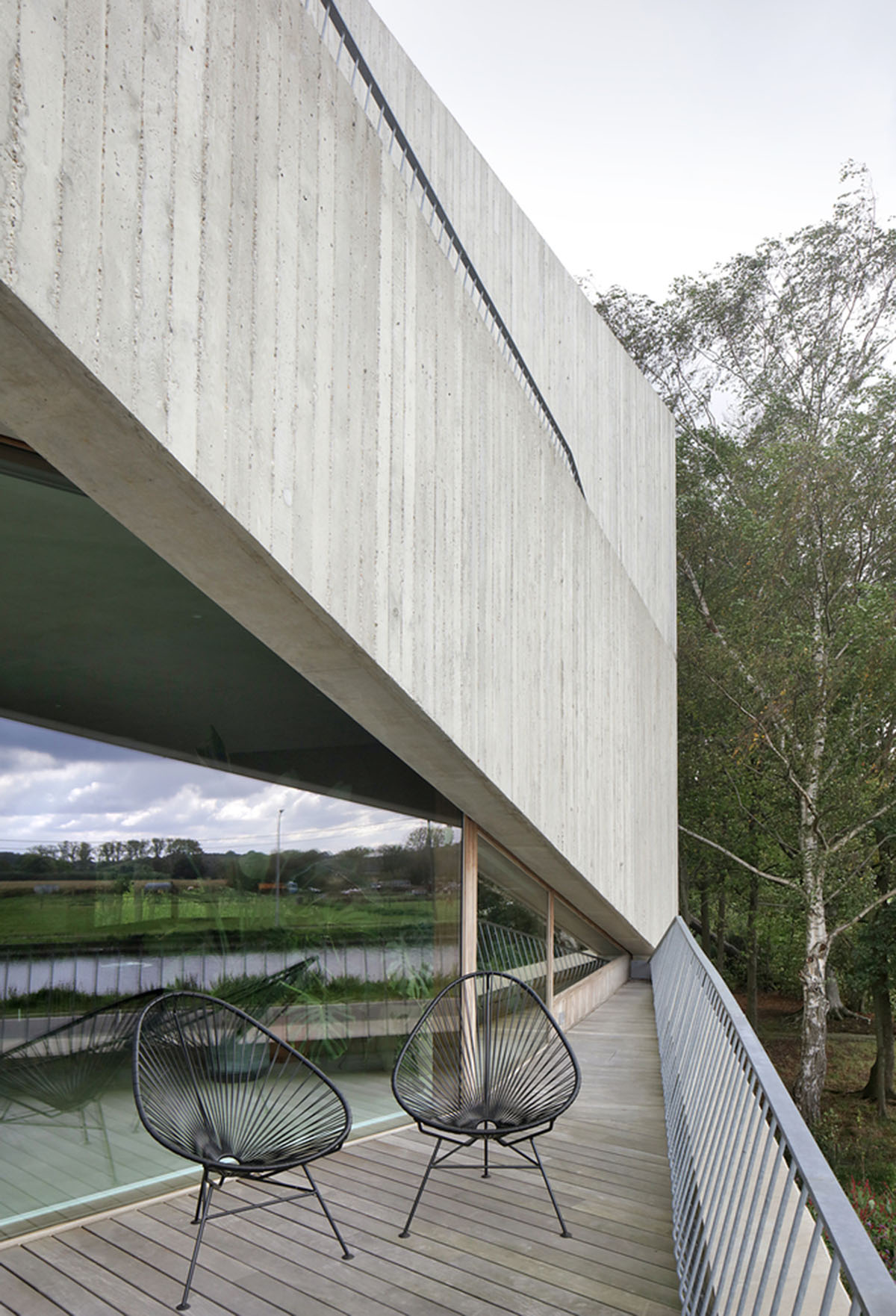 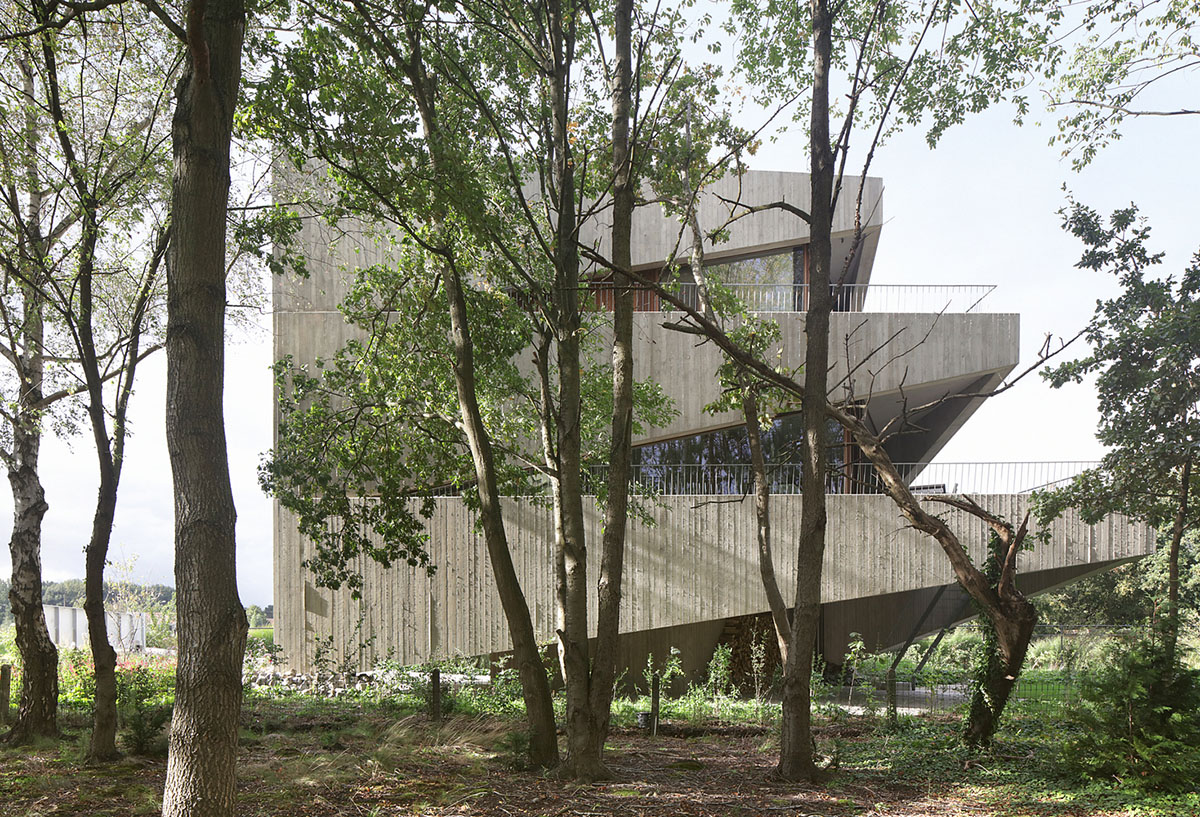 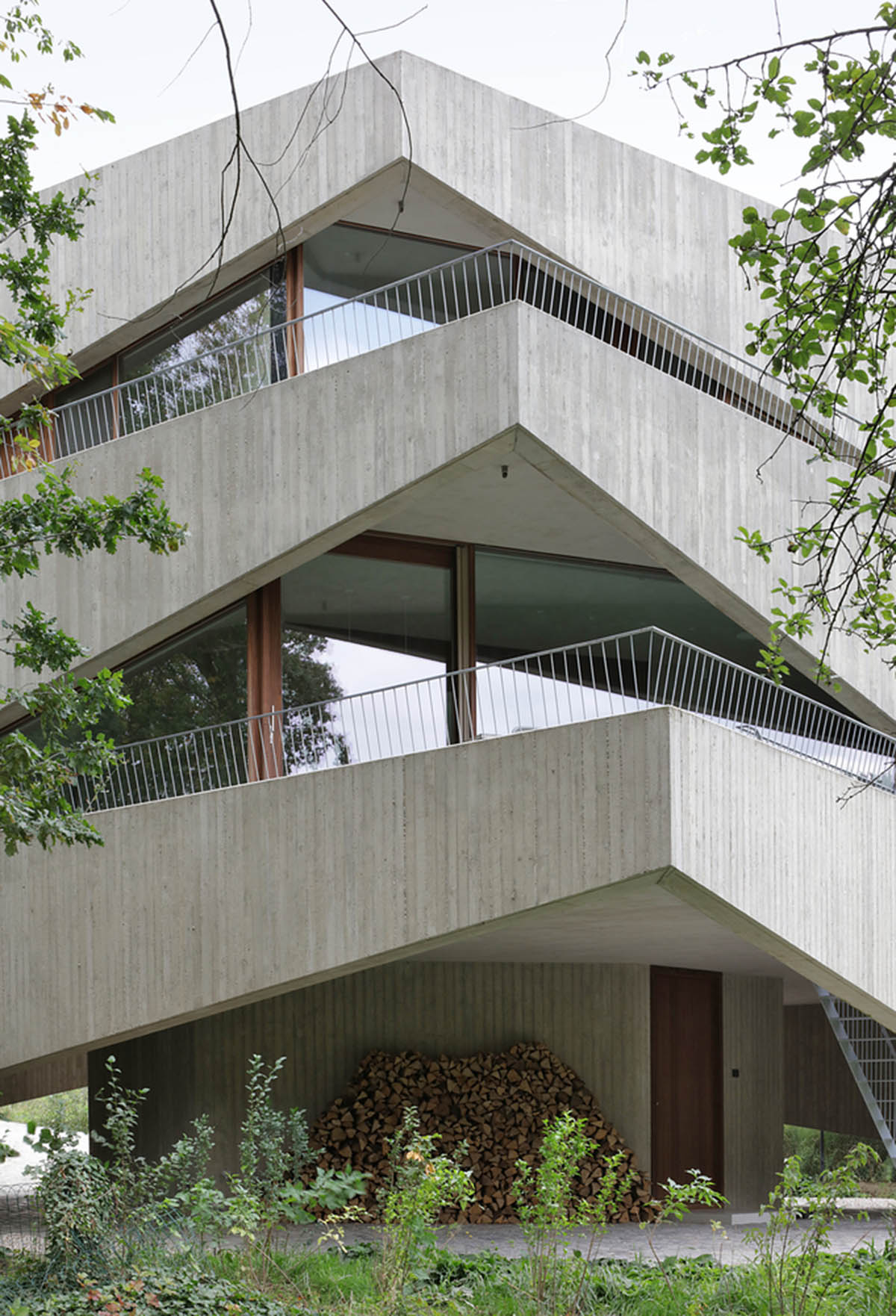 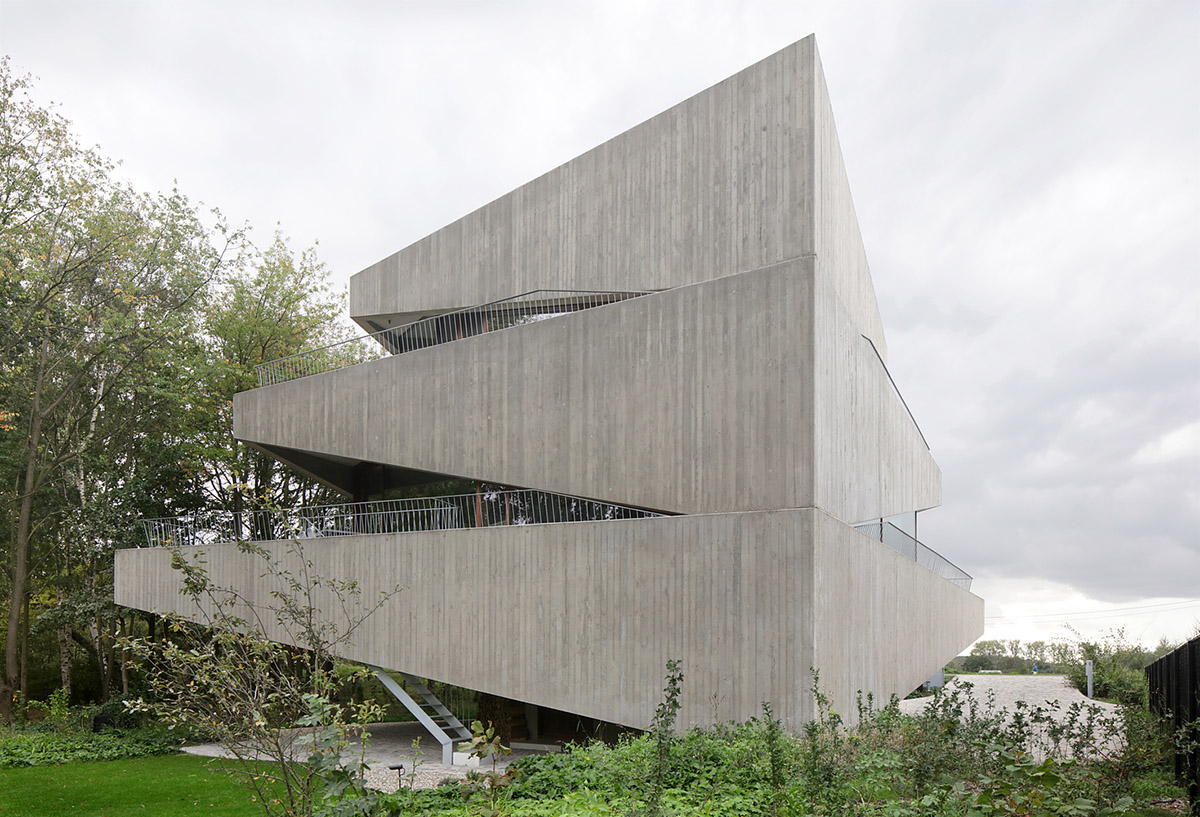 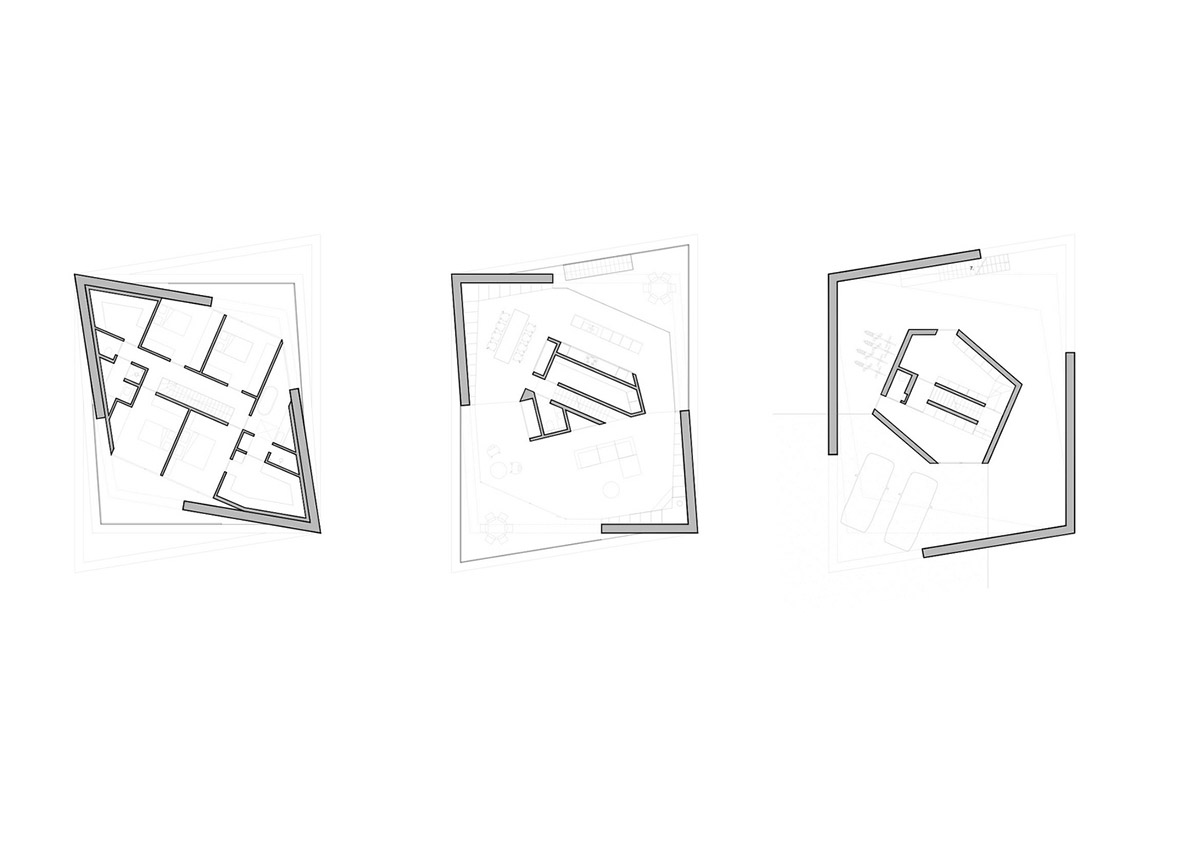 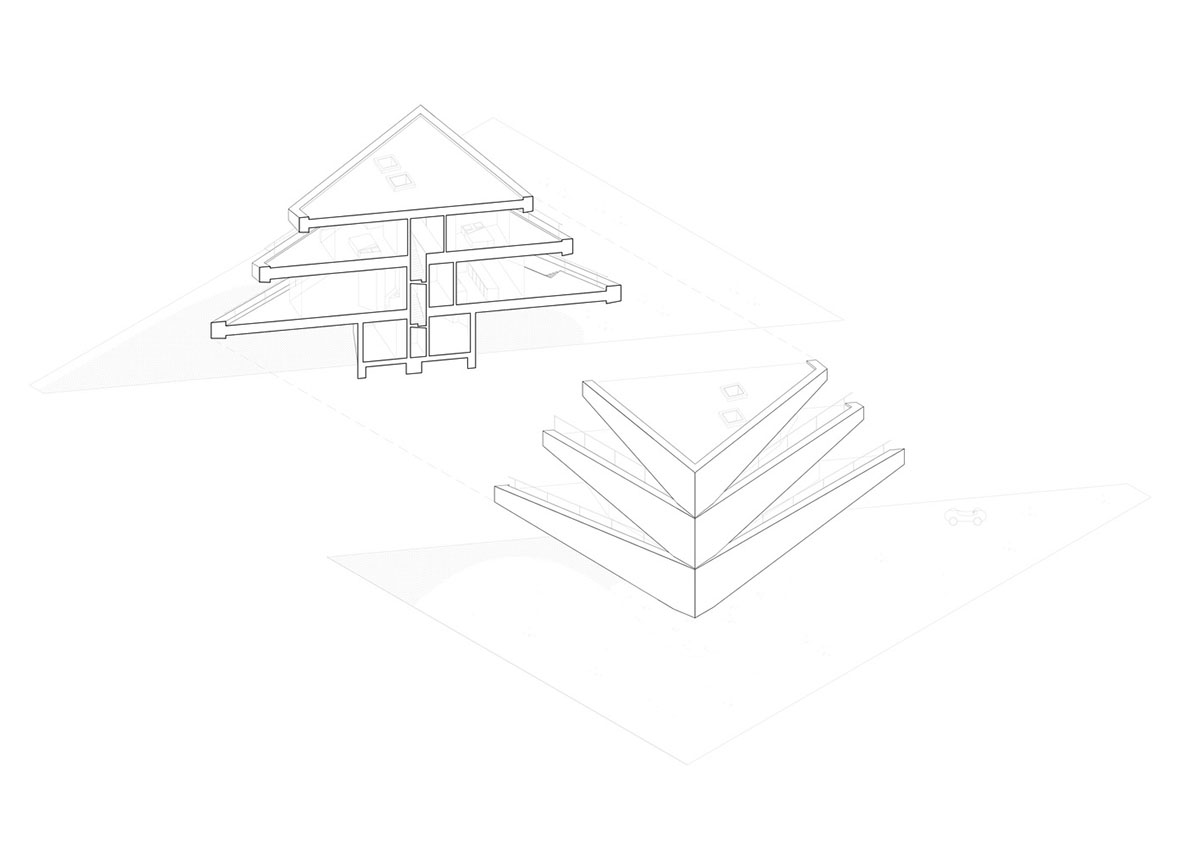