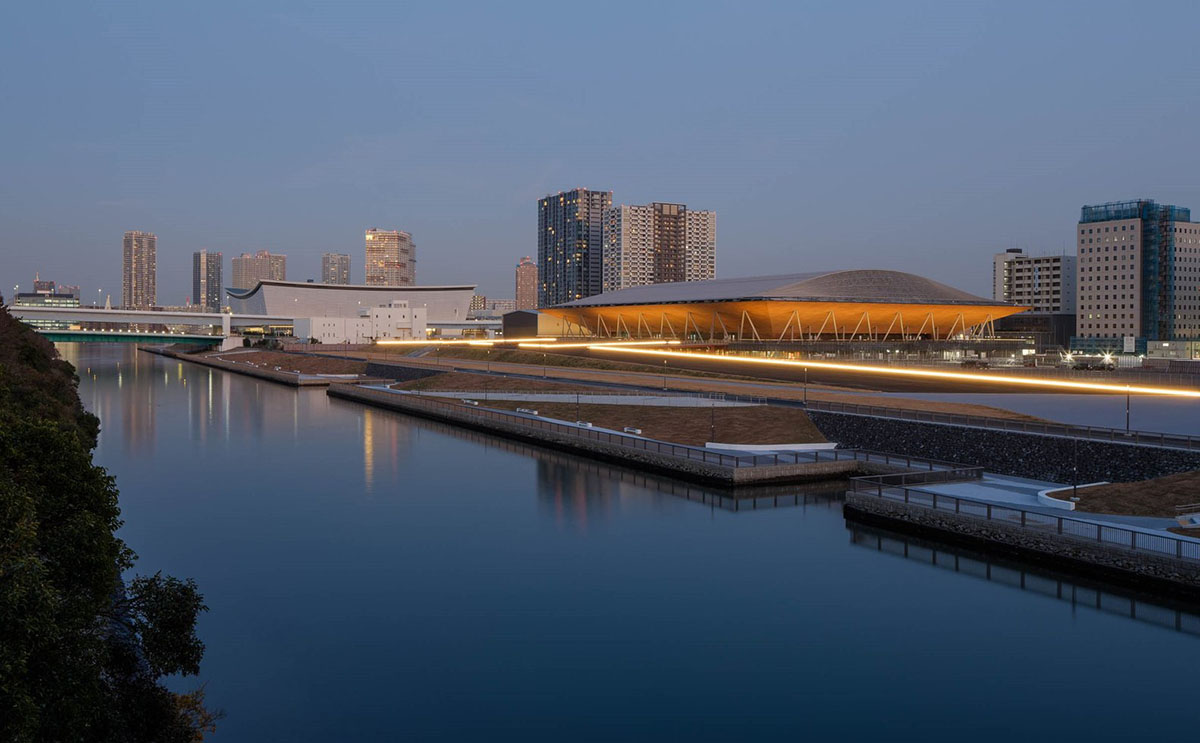 Global architecture firm Nikken Sekkei and Shimizu Corporation have designed a gymnastics centre for the Tokyo 2020 Olympic and Paralympic Games which started on 23 July and will be running until 8 August in multiple venues across Tokyo, Japan.

The project, named The Ariake Gymnastics Centre, is located in the midst of a vast, wide-open landscape along a canal in the northern part of Tokyo's Ariake district.

Covering a total of 39,300-square-metre area, the building was completed in 2019 to serve the Tokyo 2020 Olympic Games which was postponed due to the pandemic last year.

Although the building was initially designed as a temporary international sports competition facility, the building could be converted into a permanent exhibition hall after taking out the temporary spectator stands.

The venue has a 12,000 seating capacity with stands during the Games. 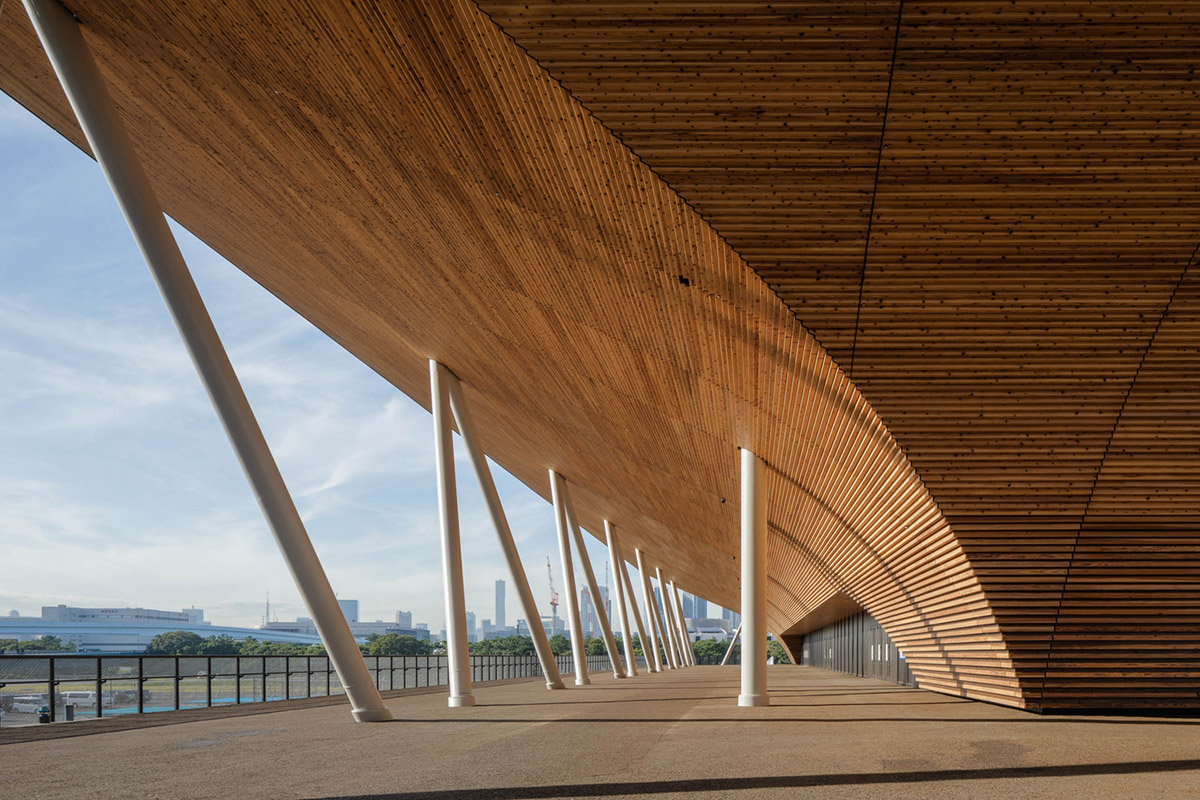 As two design components "wooded facilities" and "sustainability" were the drivers for the venue for the Tokyo 2020 Olympic and Paralympic Games, the team selected timber as the main material to both express the memory of this district, which was once a timber storage pond, and to meet the design requirements explained in the brief. 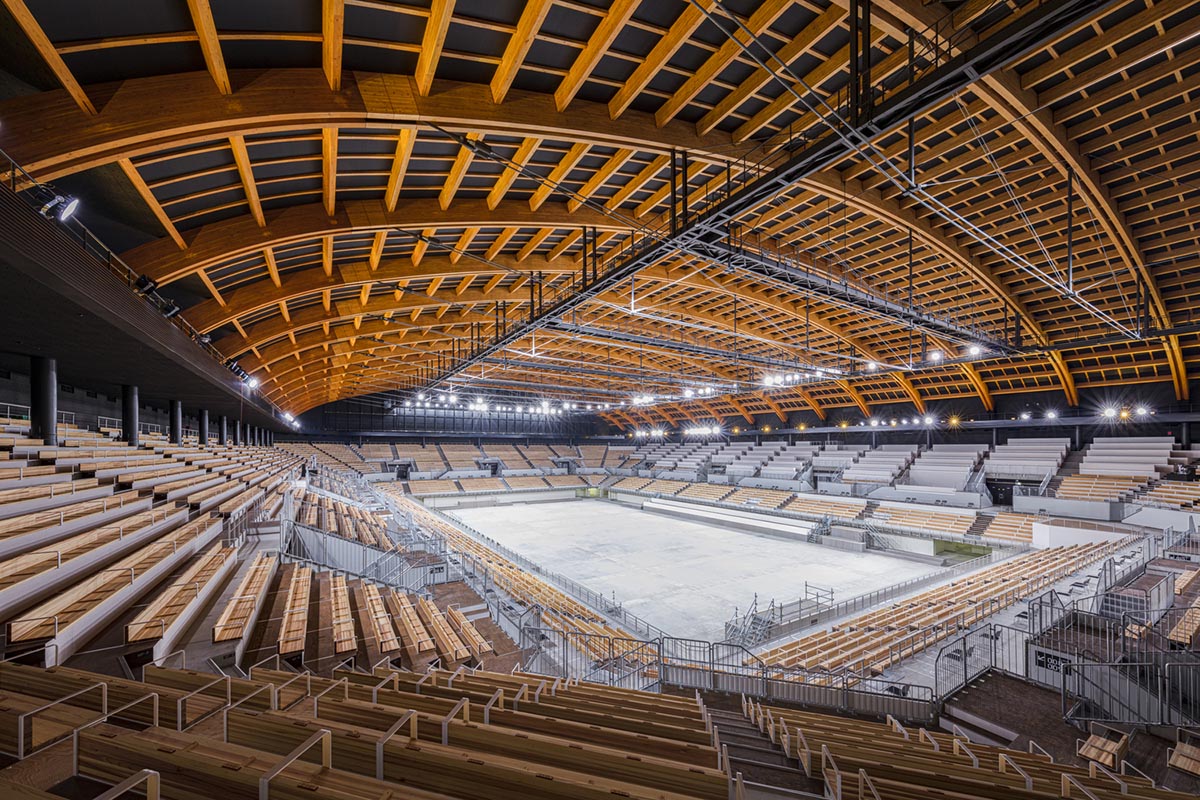 The team created "a wooden vessel floating in the bay area," and applied timber wherever possible. Specifically timber was used in the roof frame structure, facade, spectator seats, exterior walls, while carefully considering the characteristics of wood in each application.

The ceiling of the venue is supported by a wood frame designed to help reduce the weight of the overall structure. The concourse space, where spectators approach the arena, is intentionally placed outdoors.

The wooden facade is also conceived for acoustic and thermal insulation properties. "Function, structure, and space are tightly combined to achieve beauty and richness in simplicity, which is the essence of Japanese traditional wood architecture that we hope spectators and athletes from all over the world will experience," said the team.

Although the site is located in the midst of a vast, wide-open landscape, the design also needed to consider the residential environment of the medium-rise and high-rise condominium buildings in the vicinity.

"The horizontally long and flowing lines were achieved by keeping the building height as low as possible, reducing the overall volume and controlling the height of the eaves," added the team.

"By positioning the circulation concourse on the outside of the building and creating an open and broad approach space, the design attempts to avoid the impenetrable exterior typically found on large-scale sports facilities created by the monolithic walls." 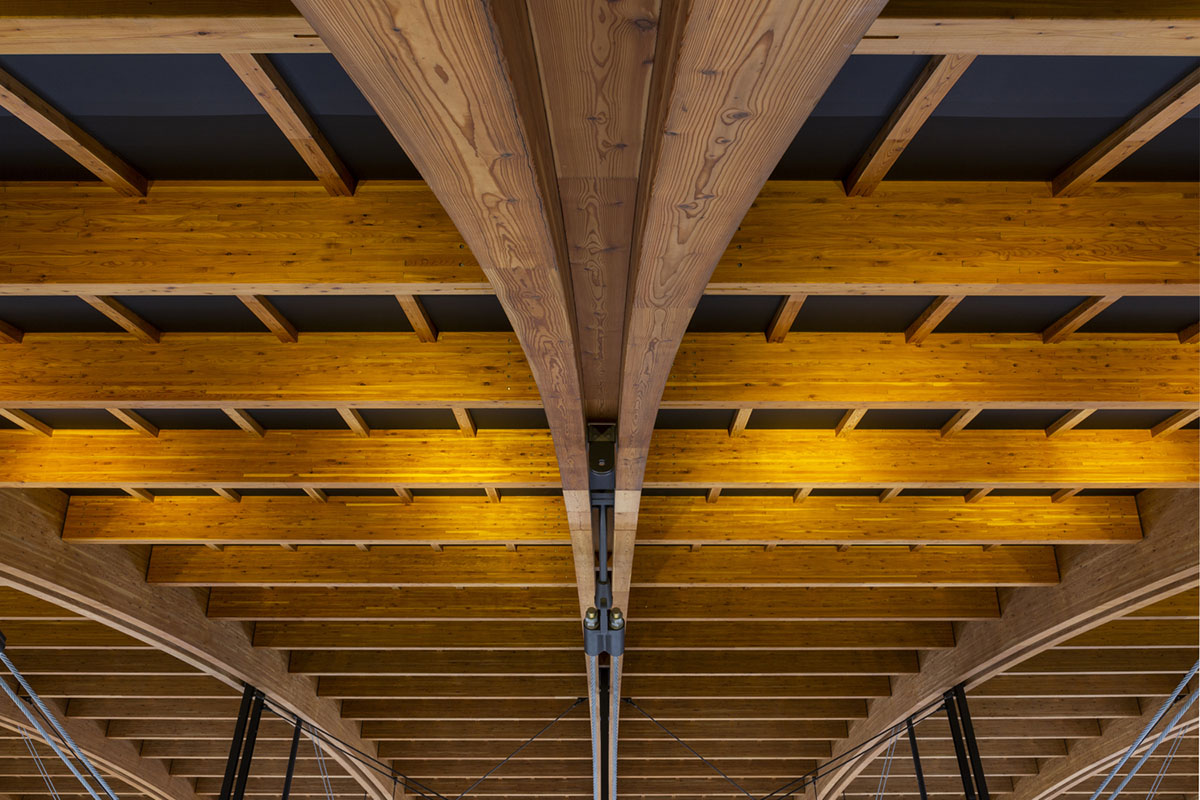 "Lightening the weight of the structure by using wood for the roof is effective for buildings constructed on sites with poor soil conditions," added the team. 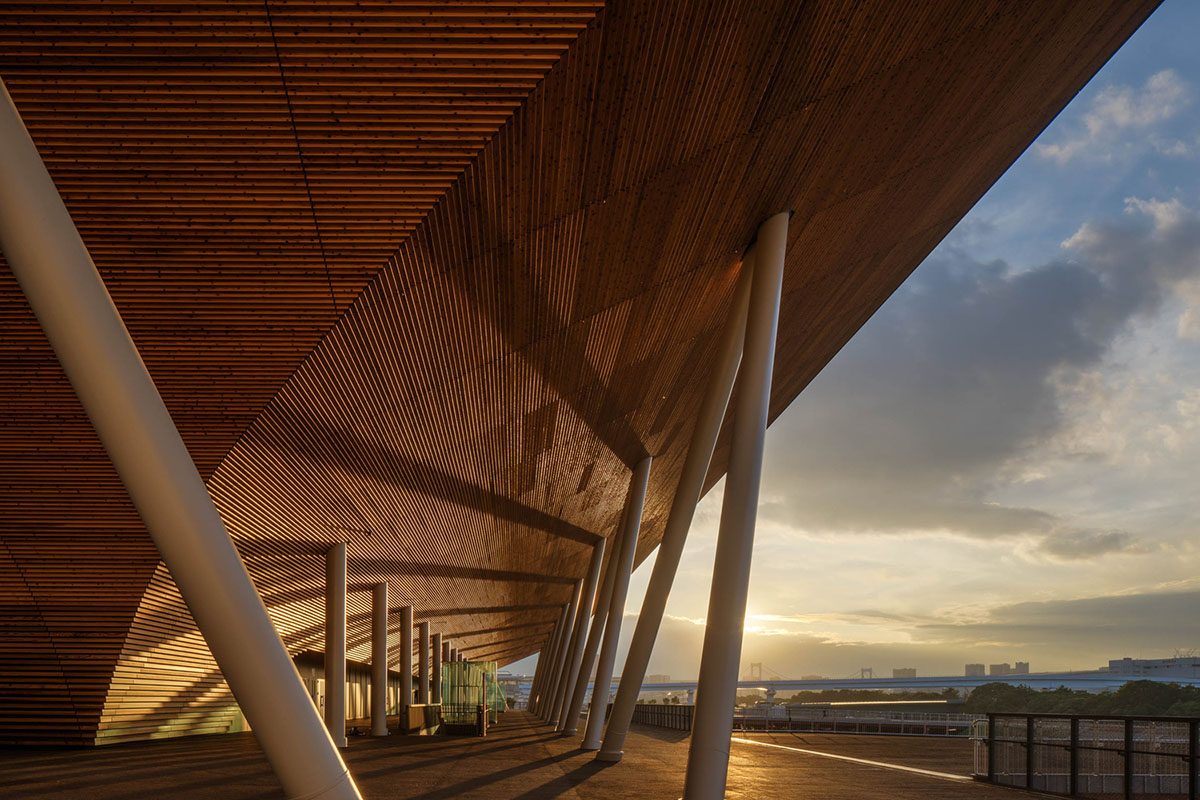 To resolve this issue in this building, the architects designed a simple structure that uses single members of large glued laminated timber with high heat capacity, rather than trusses consisting of a number of small members, to achieve both fire resistance performance and structural stability. 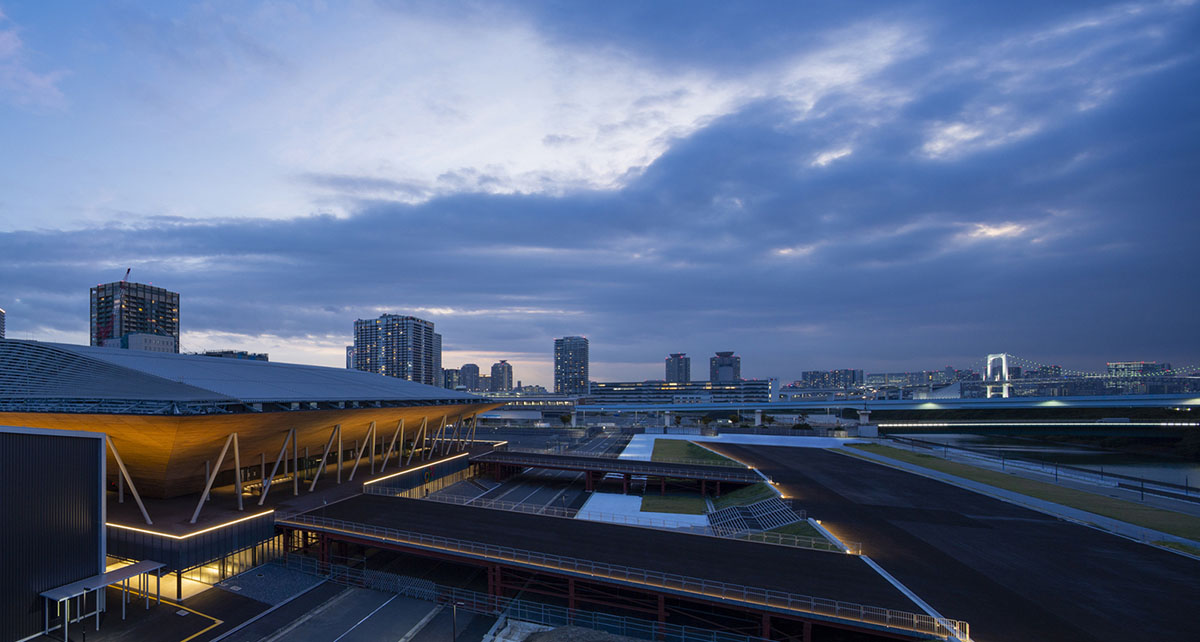 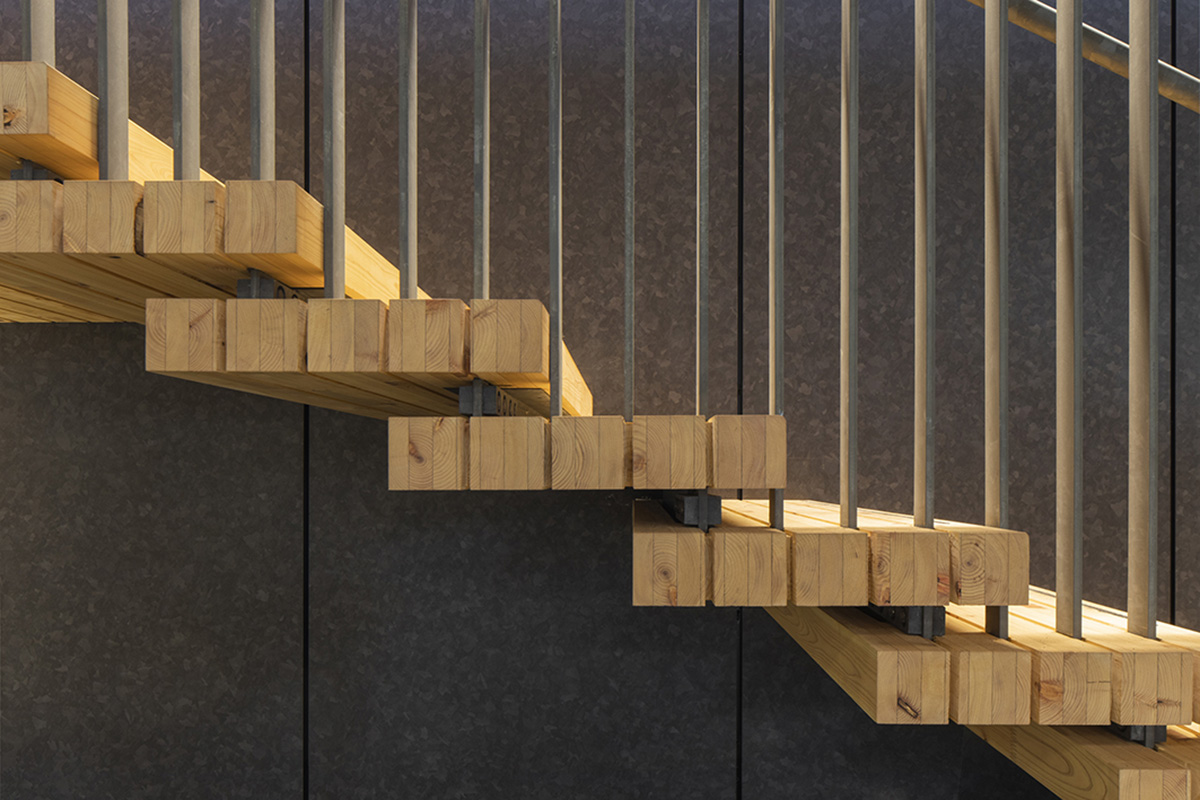 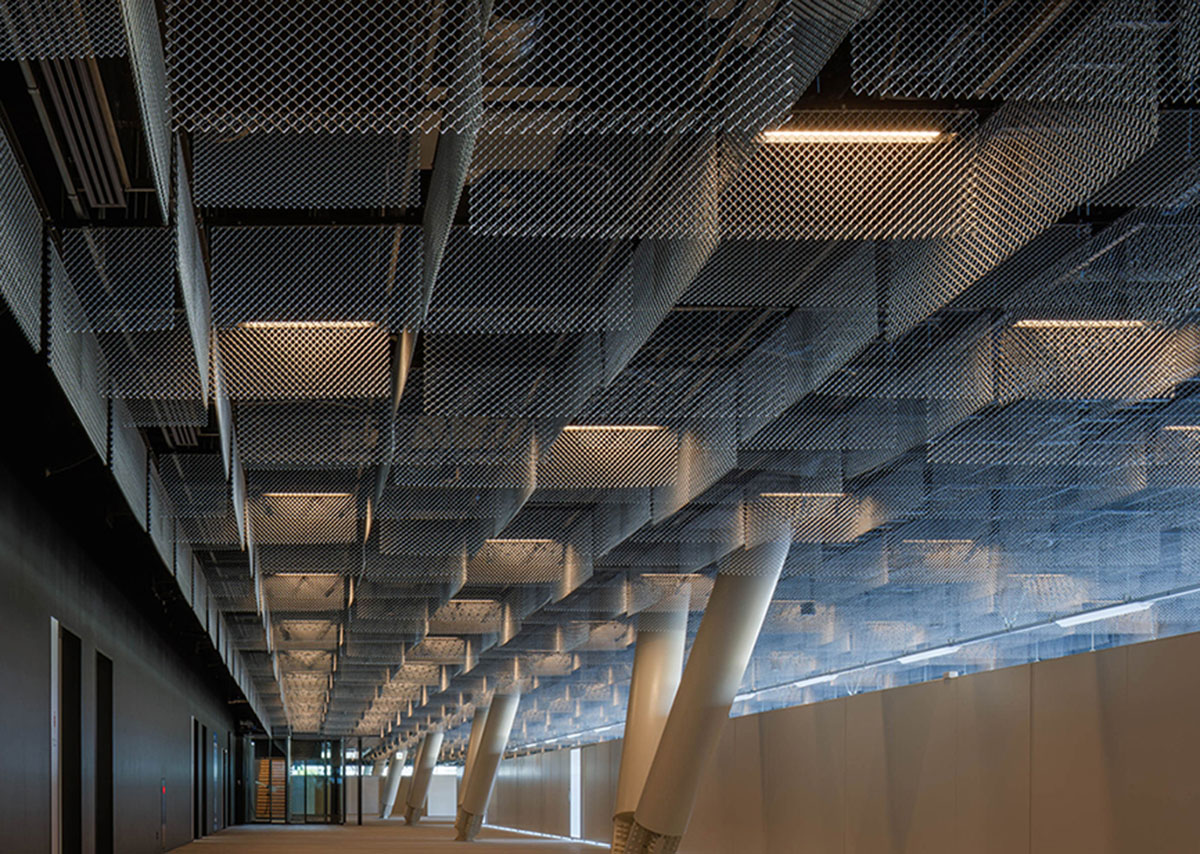 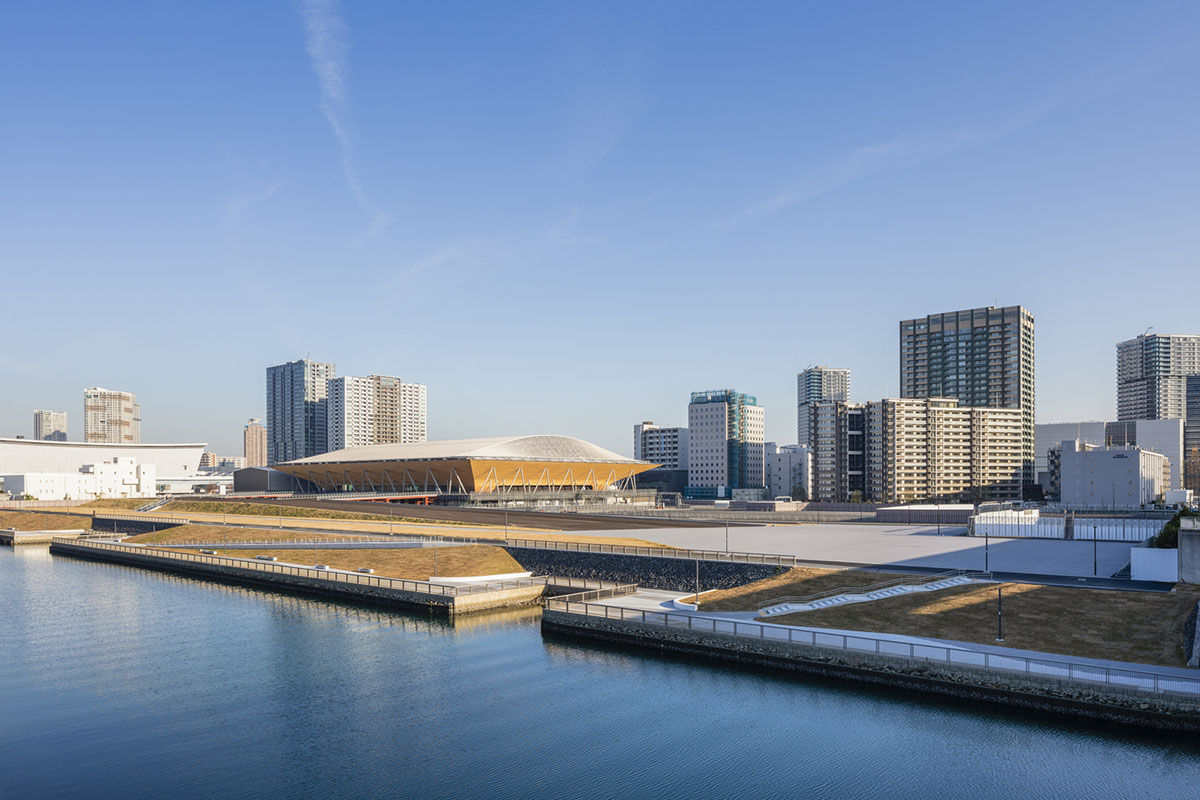 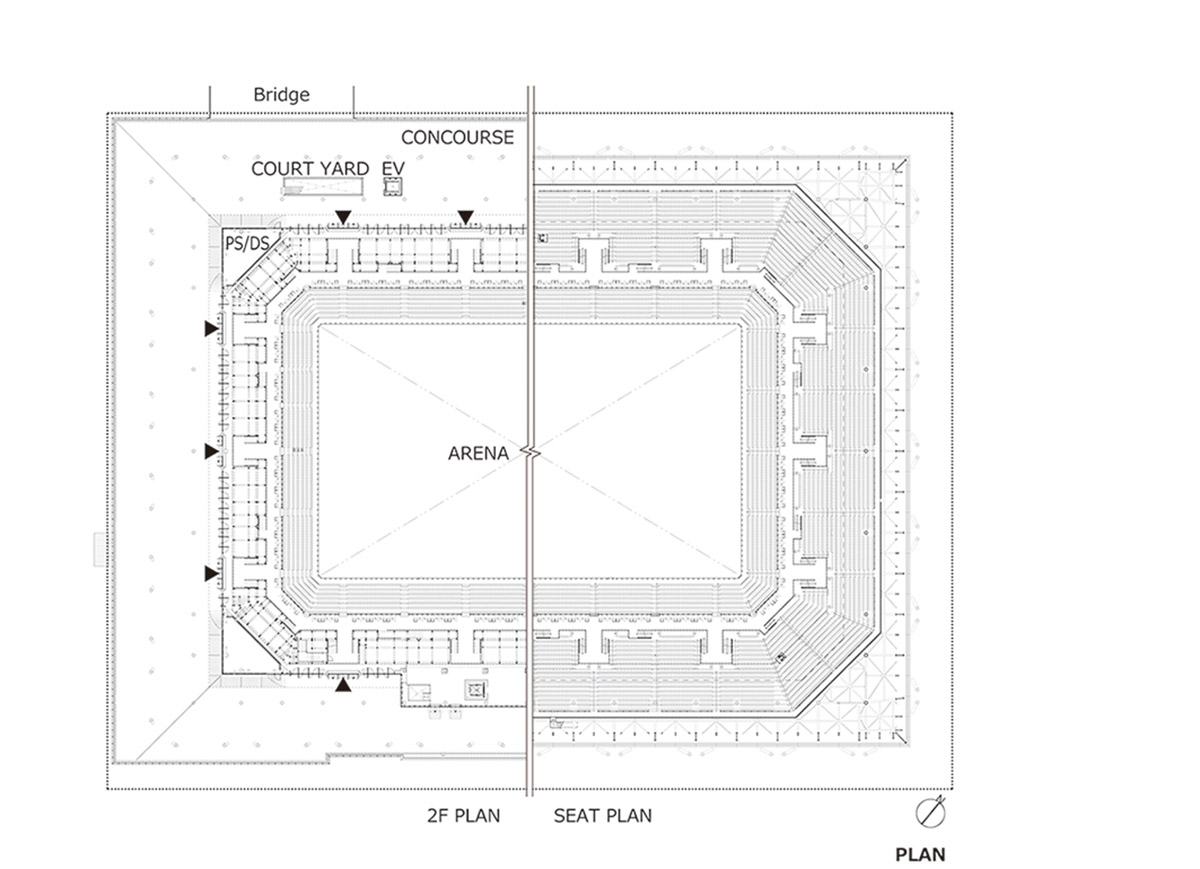 Nikken Sekkei, founded in 1900, as an offspring of Sumitomo Corporation. The Osaka Prefectural Nakanoshima Library was the first building designed by the Sumitomo Tentative Architecture Department (forerunner of Nikken Sekkei) and opened in 1904.