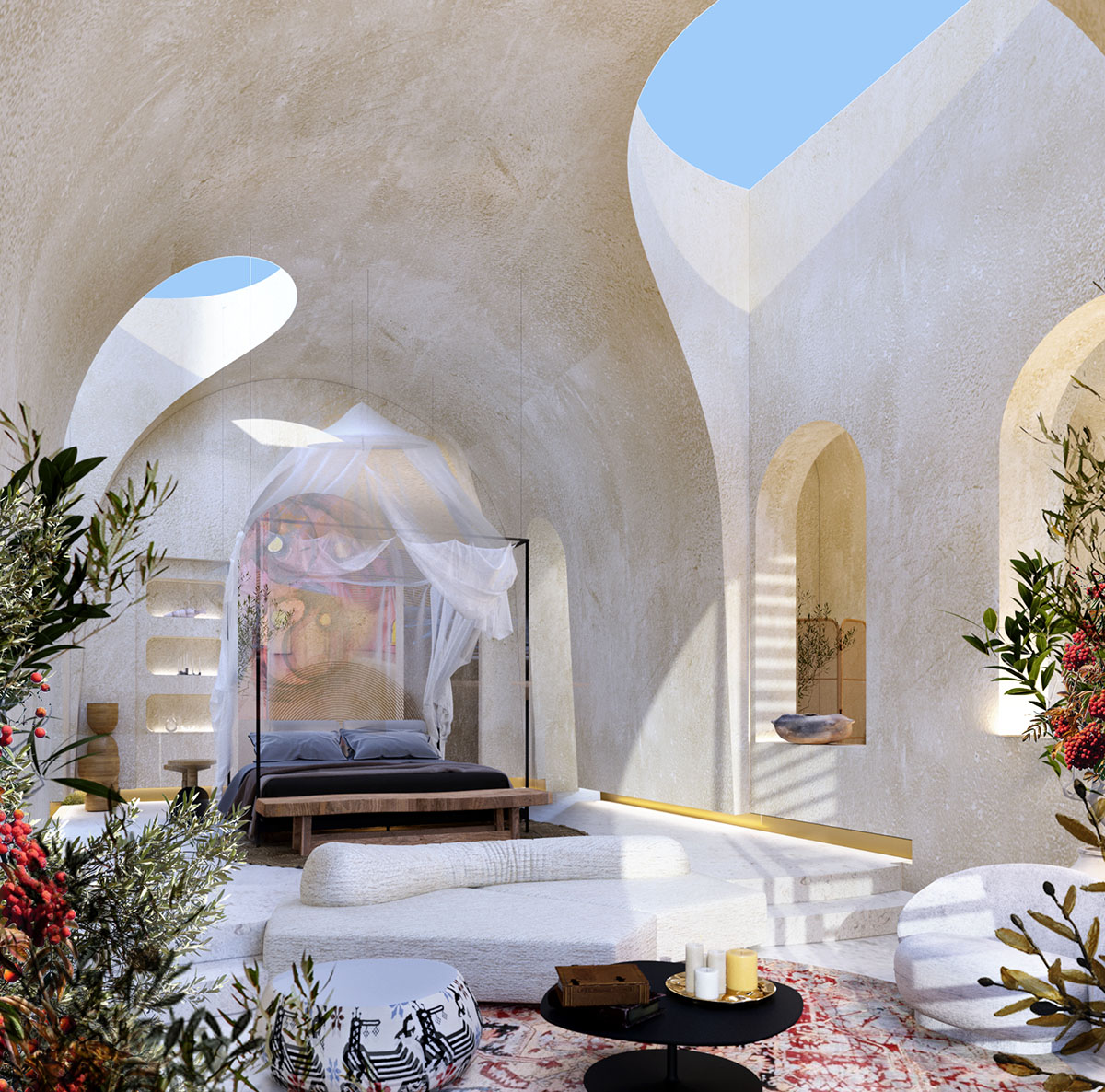 Named Turkmenlik Spa Hotel In  Cappadocia, the 255,000-square-metre hotel, located in the district of Taş Ocakları region in Nevşehir, Türkmenlik Tepe, will offer a cave-like atmosphere with softly-designed rooms, smooth surfaces and flowing spaces, while providing amazing views towards the unique geography of the region.

GAD was commissioned to convert an abandoned and destroyed quarry in Cappadocia, Turkey into a new hotel facility, containing cave-like rooms carved from natural stone and offering a thermal lagoon experience for guests in this unique geography.

The project, currently under construction at site, is expected to be completed in 2023.

Designed with a distinctive language specific to this unique geography with design strategies, the new hotel will create direct connections with the adjacent mountain. 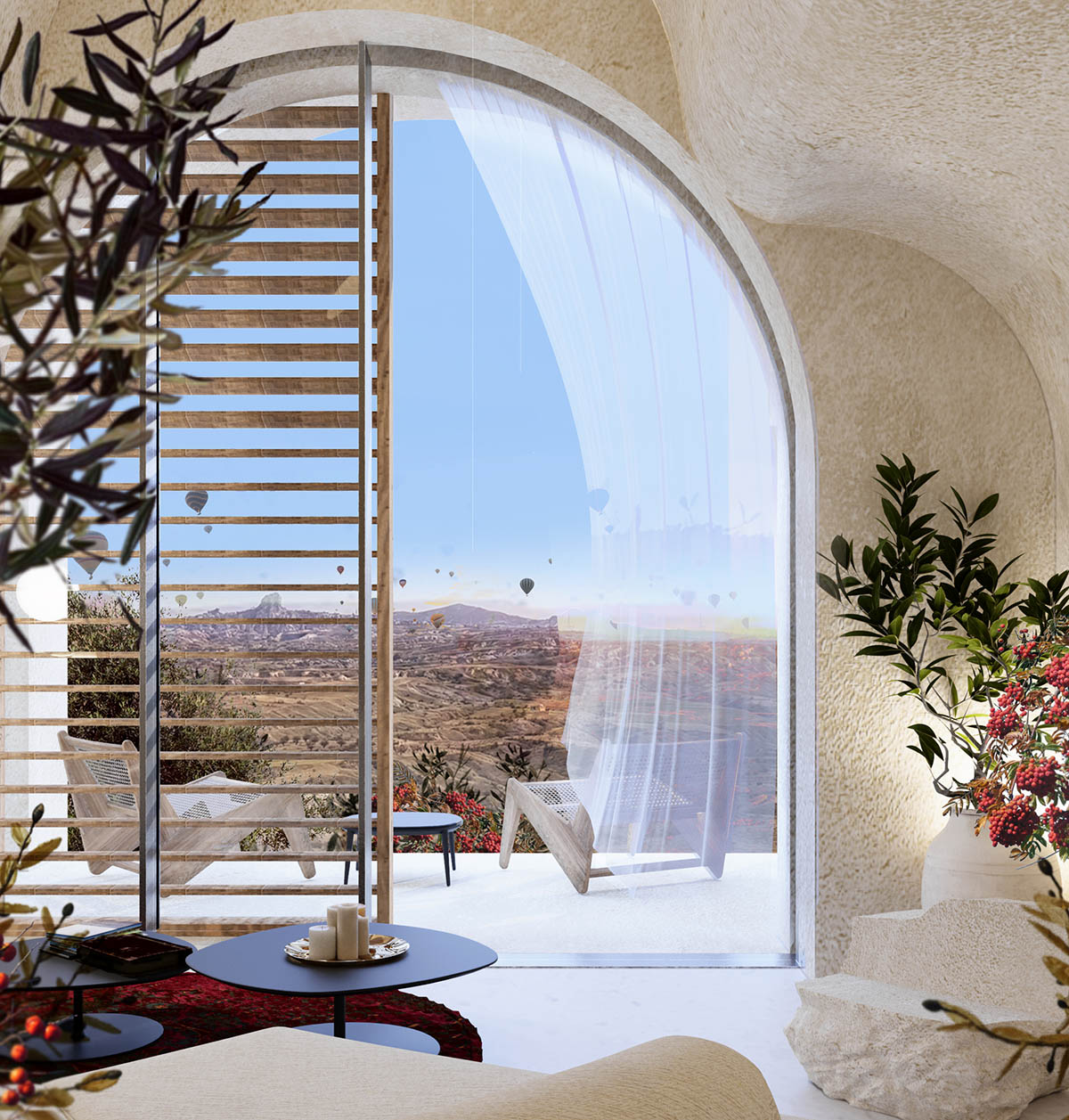 Since a previous mining license for the site was revoked, it was decided to plan the area around tourism-oriented conservation and use. During the design process, as GAD emphasizes, archaeological sites were identified in areas that had not been previously mined as quarries. 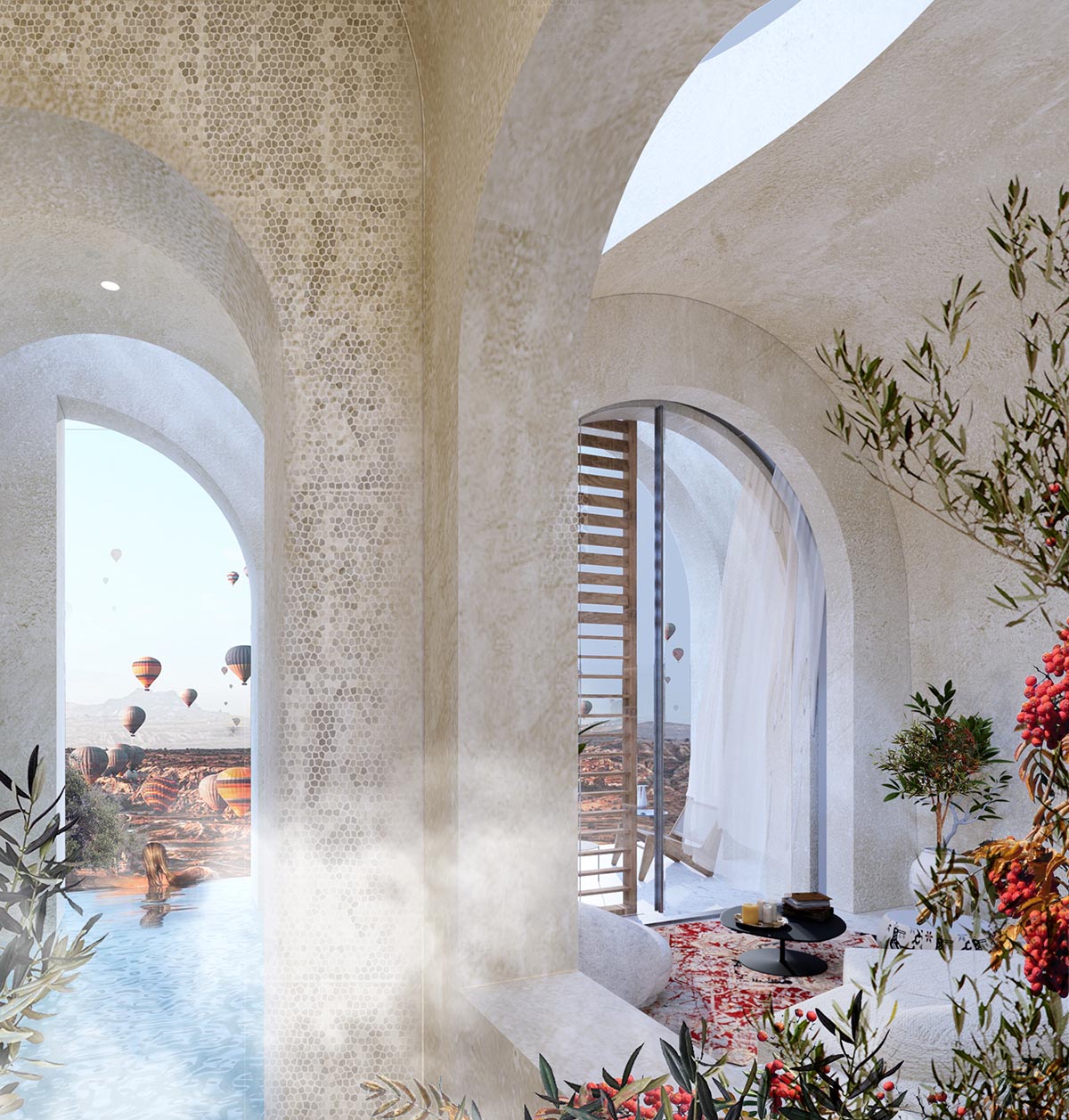 "An altar structure which is located at the highest elevation of the site, a historical artifact that is rarely seen in Cappadocia, was discovered and taken under protection by the archaeologists of the Conservation Board," said GAD in a project description.

After a careful research in the area of the site, GAD was inspired by the unique physical texture of the area, historical sites and the presence of thermal underground water, which were all the main design elements to create this project. 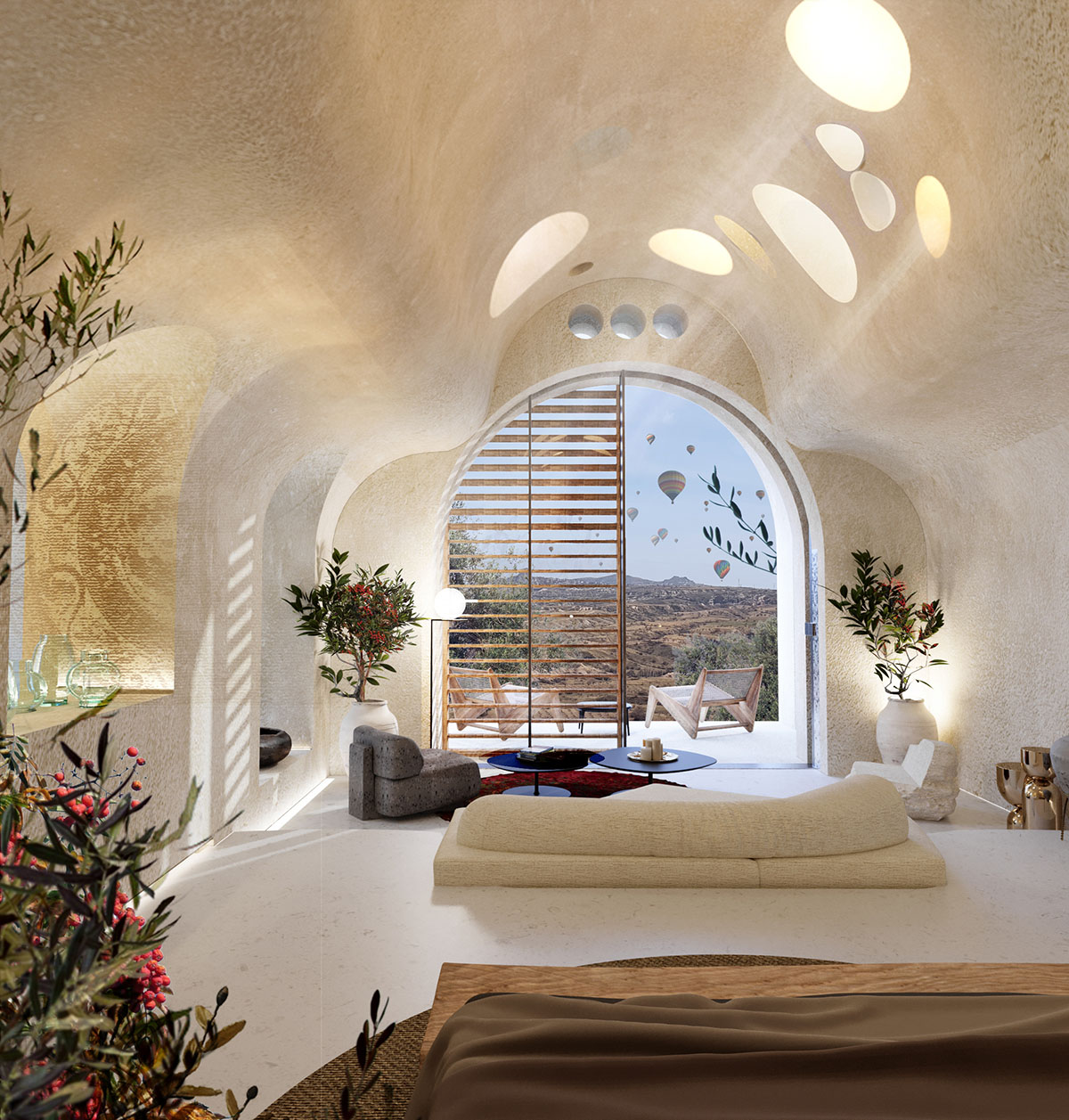 For the construction technique of the project, GAD devised a ‘‘rock carving’’ technique, by adhering to the depth and heights of the site. According to the studio, this allowed a spatial plan consisting of a main joint and interrelated cave spaces attached to this joint. GAD aimed to establish a connection between the indoor pool and the hot lagoon in the spa section. For special events, a stage in the middle of the artificially created hot water pool and a possible terrace in the quarry cavities are planned along with a restaurant that could accommodate larger events and organizations.

The hotel will contain 50 rooms in total, 20 of them will be designed as cave rooms, to provide daylight where possible and to generate a “street-like” atmosphere in the primary interior corridor. 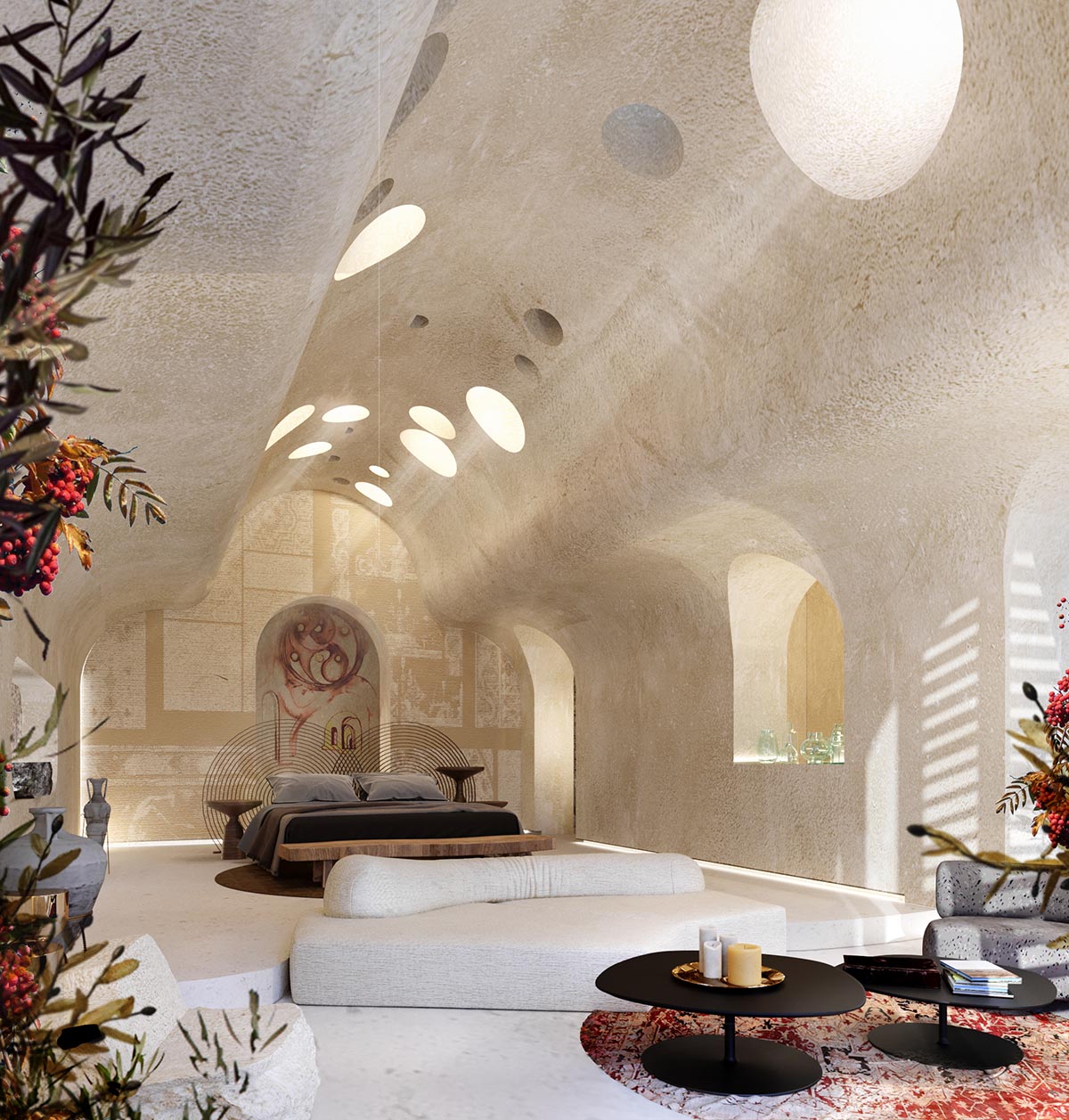 A total of 50 rooms will also have terraced rooms providing views towards nature. While the primary circulation route connects the interior spaces, a historical landscape is also created by intertwining the design with the natural rock texture and opening towards the exterior with overhead skylights. "By using physical and cultural data, as a genius loci aspect of the ‘’place’’, the boundaries between the natural and the new in the architectural strategy were removed and these old and new contexts were interlaced," added GAD.

"The design aimed to preserve the unique texture by integrating all units at different scales and spatial characteristics with the existing texture of the site." 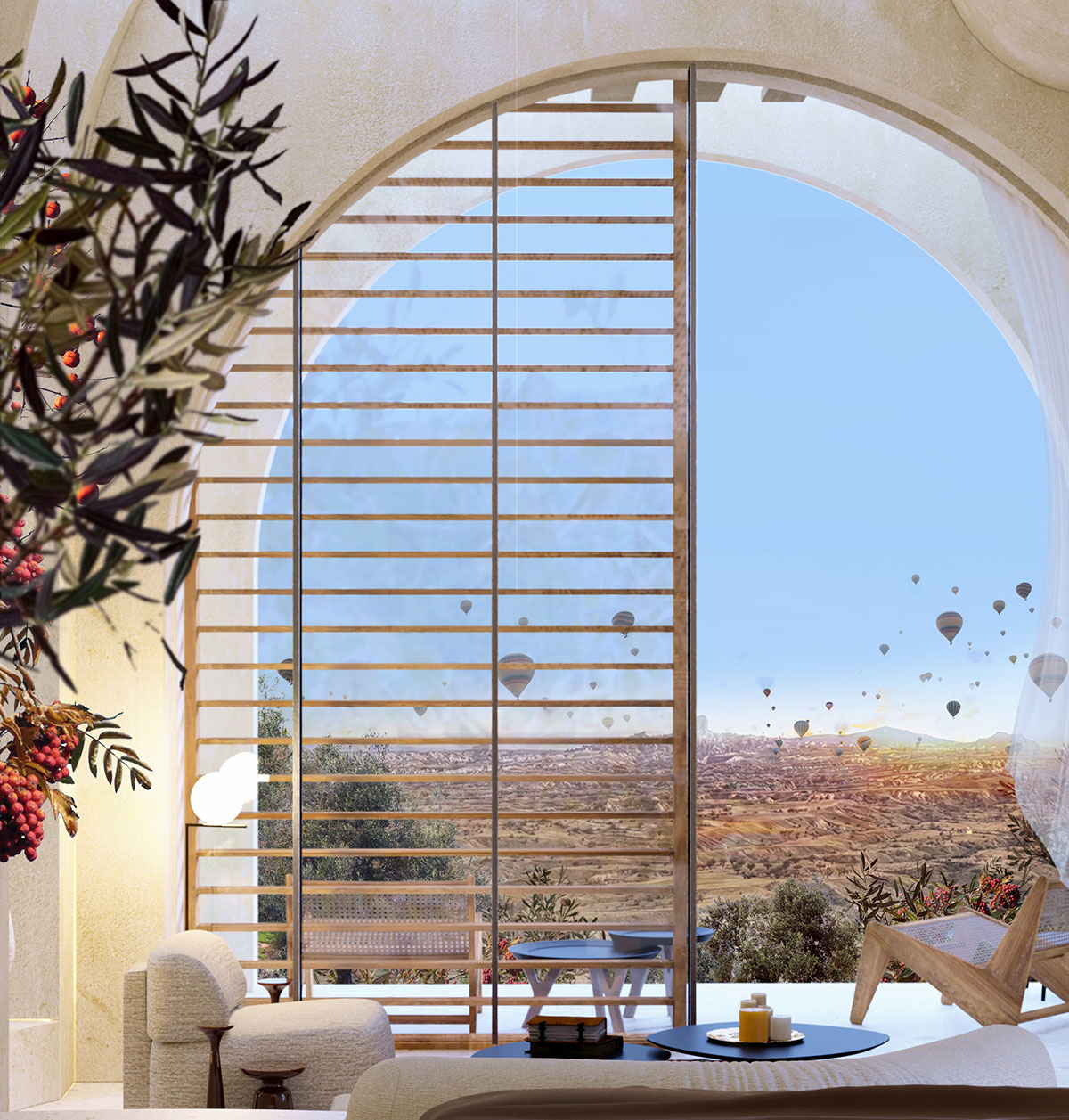 As GAD highlights, the archaeological sites became the main design factor alongside the existing parameters and local characteristics of the area.

"What is aimed in the design strategy of GAD Cappadocia Türkmenlik is to create an interior space in negative spaces left from pieces torn from a large mold, rather than making a shell," the studio continued.

"While the pieces mentioned here are being cut out of the rock, the rhythm of obtaining space in traditional architecture, measurement systems and rulers are quite suitable for this method of obtaining such an interior space," GAD added. 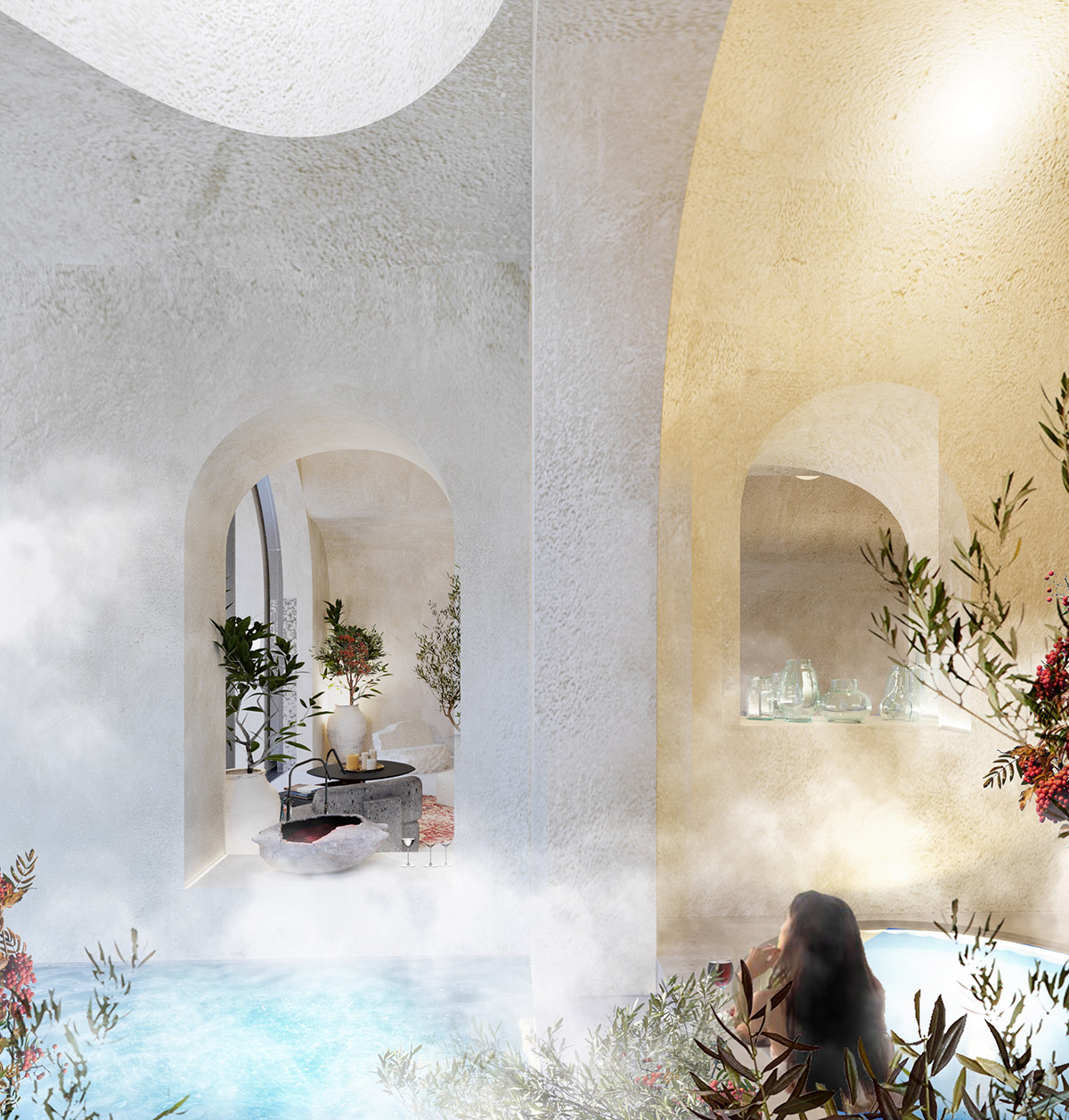 The aim of the project is "to create an organic city utilizing the algorithmic wave function collapse that is derived from quantum mechanics," according to the firm. The entrance and lobby of the hotel sits on the eastern axis of the rock slopes that were partly destroyed when the land was used as a quarry in the past.

In the project, a new ‘’Carpet Weaving Museum’’ is also planned and will house a special collection prepared by project client, the Indigo group. 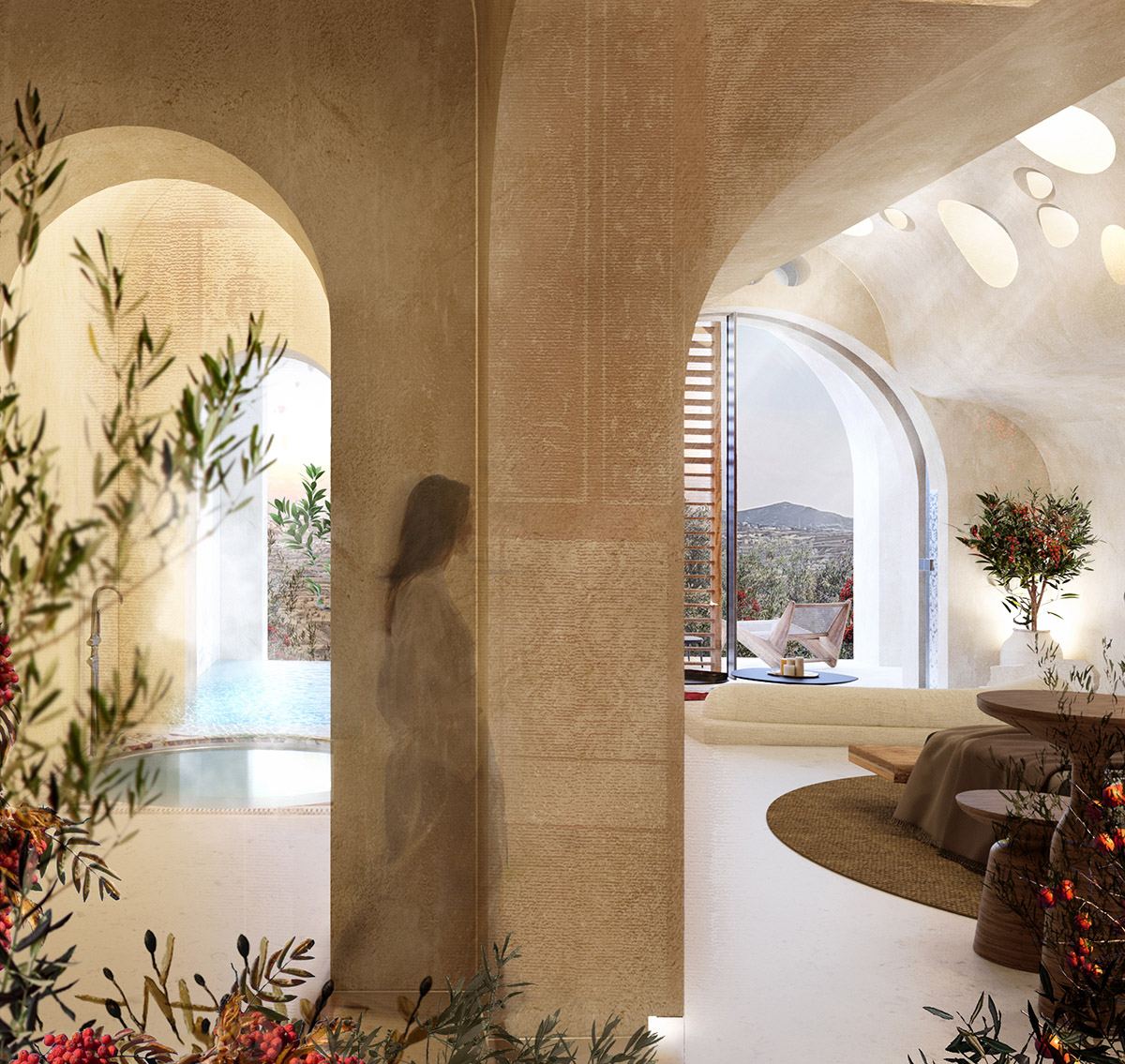 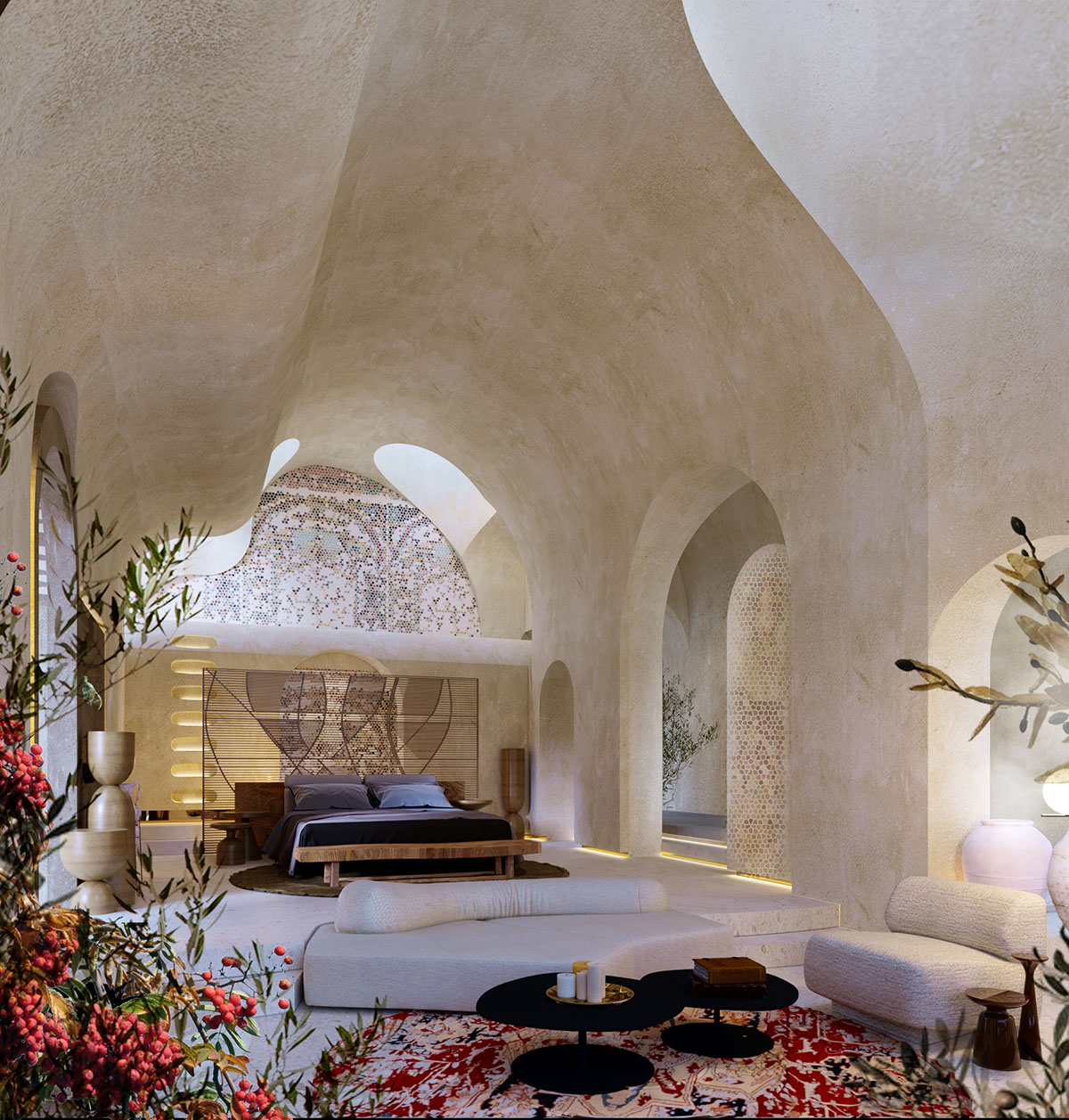 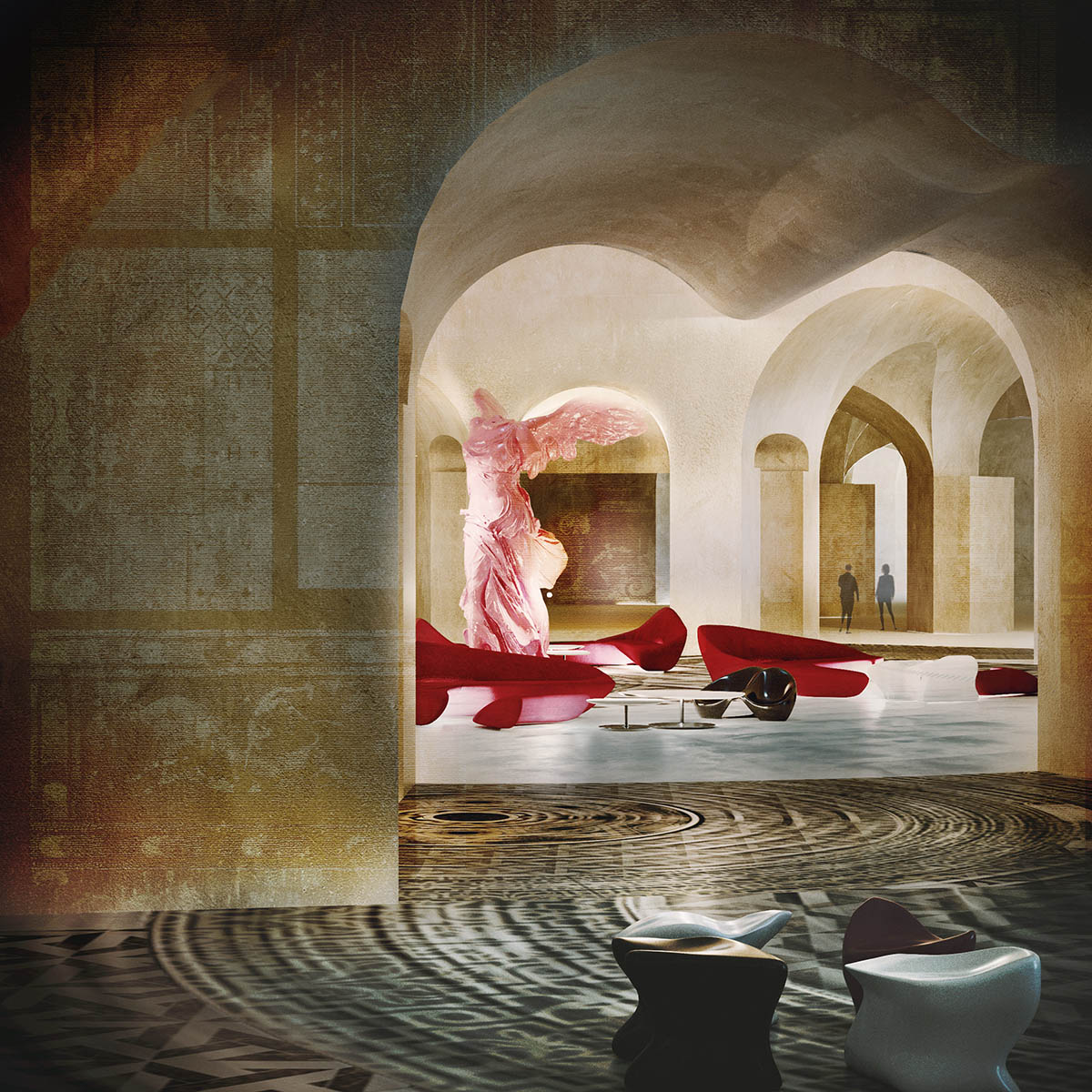 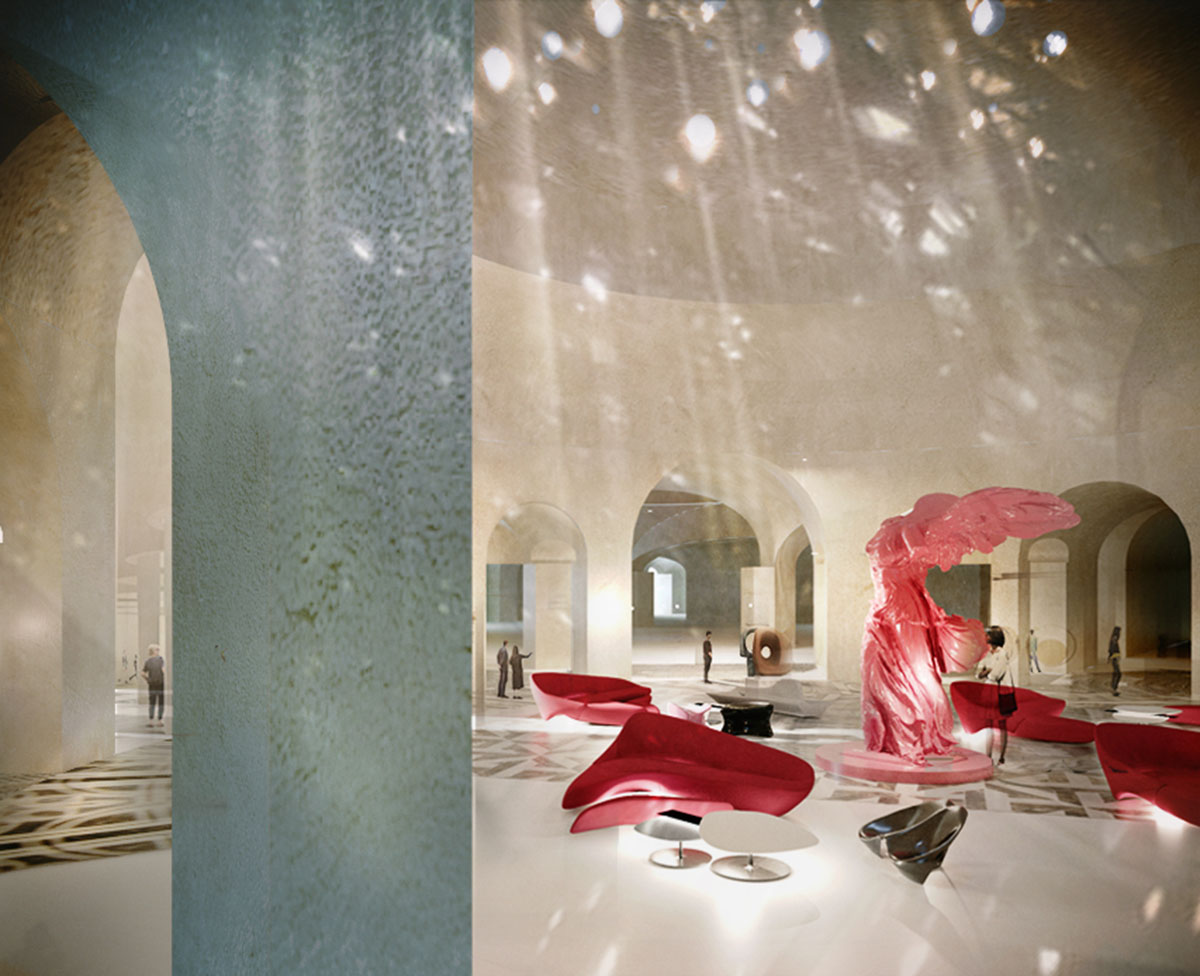 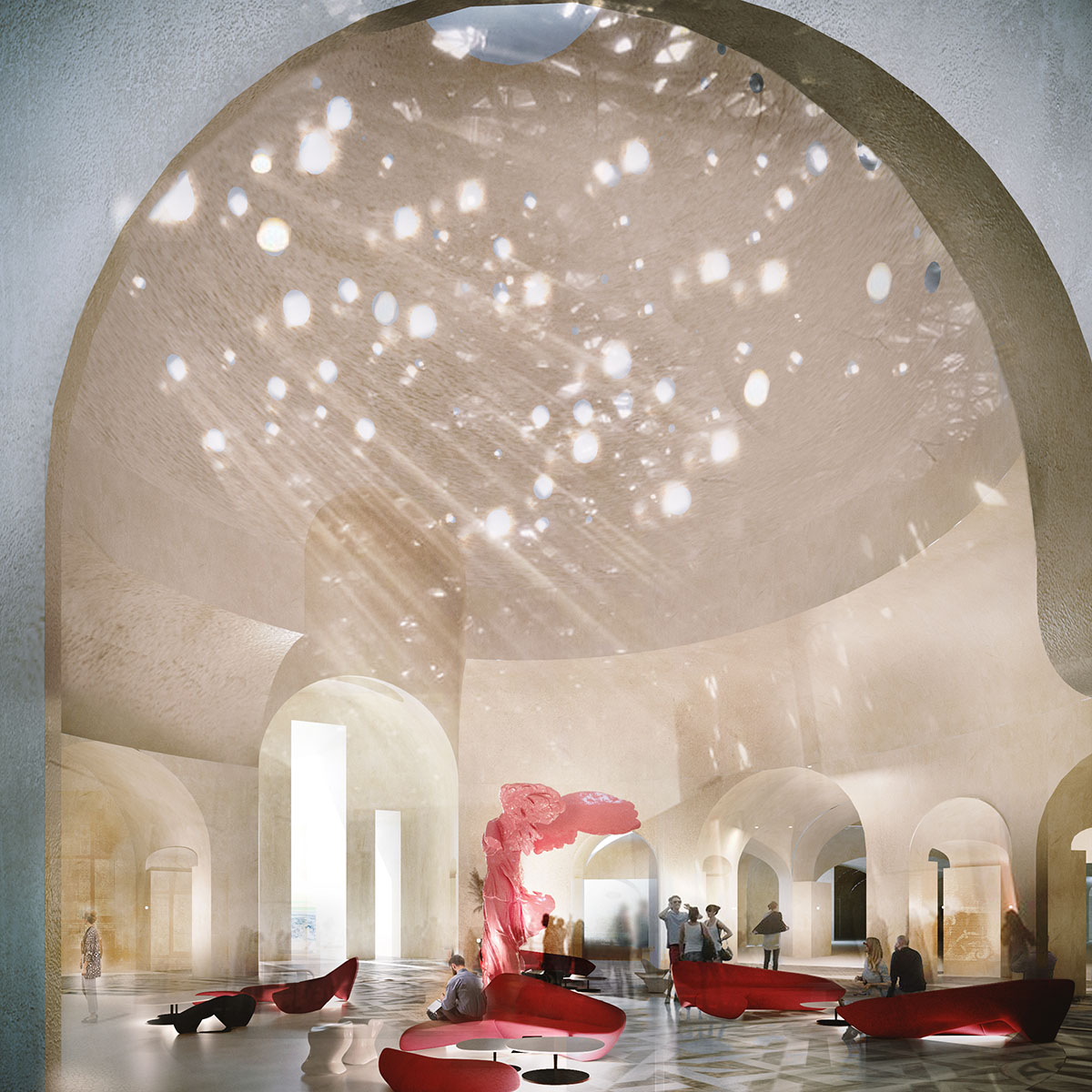 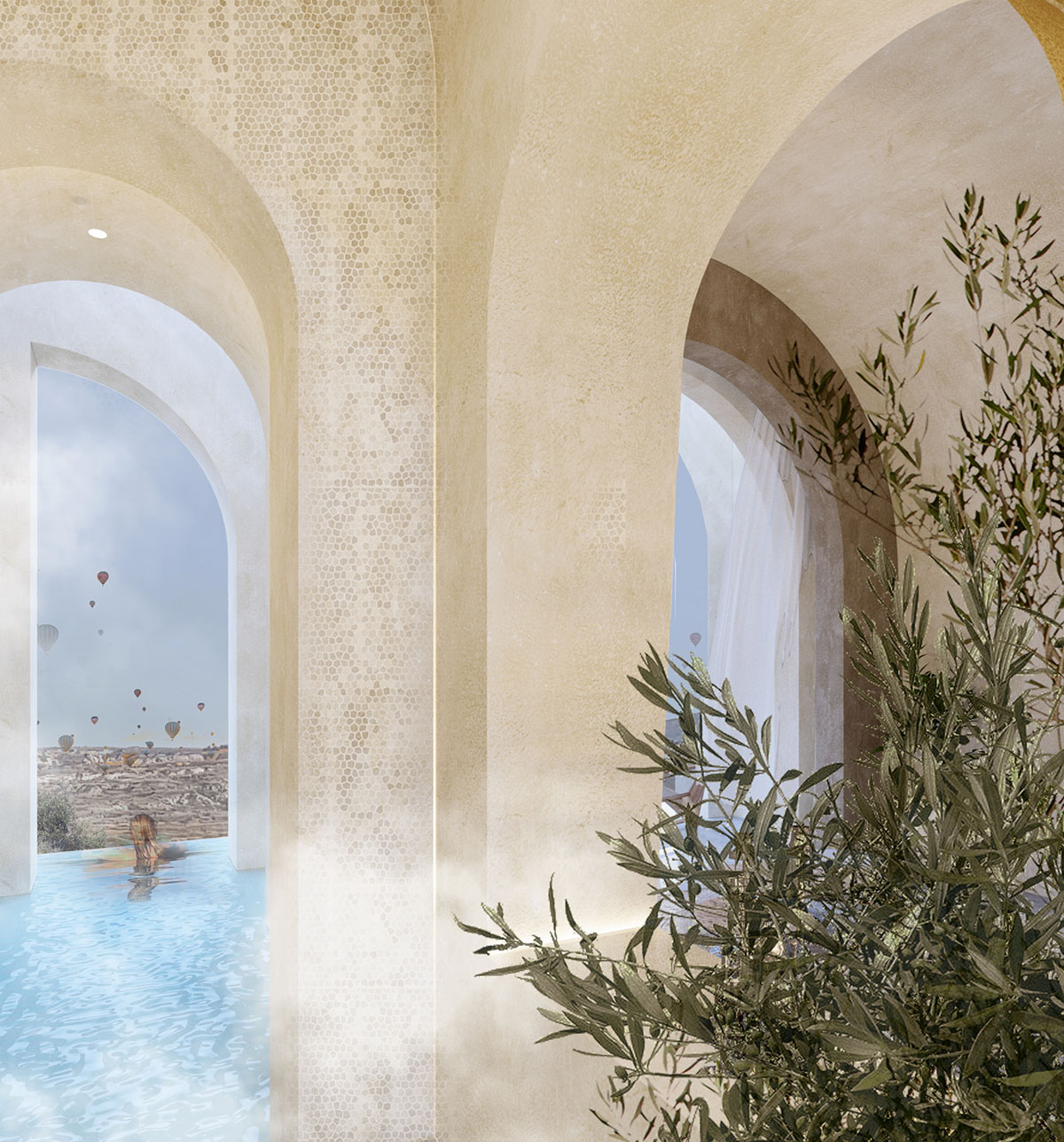 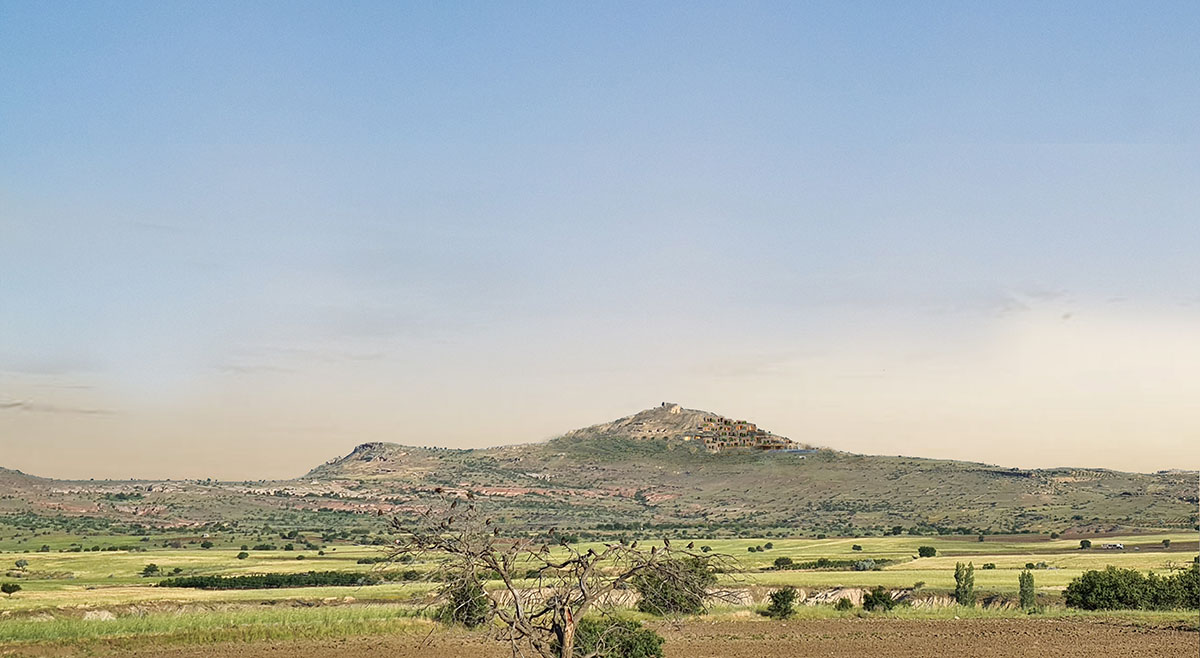 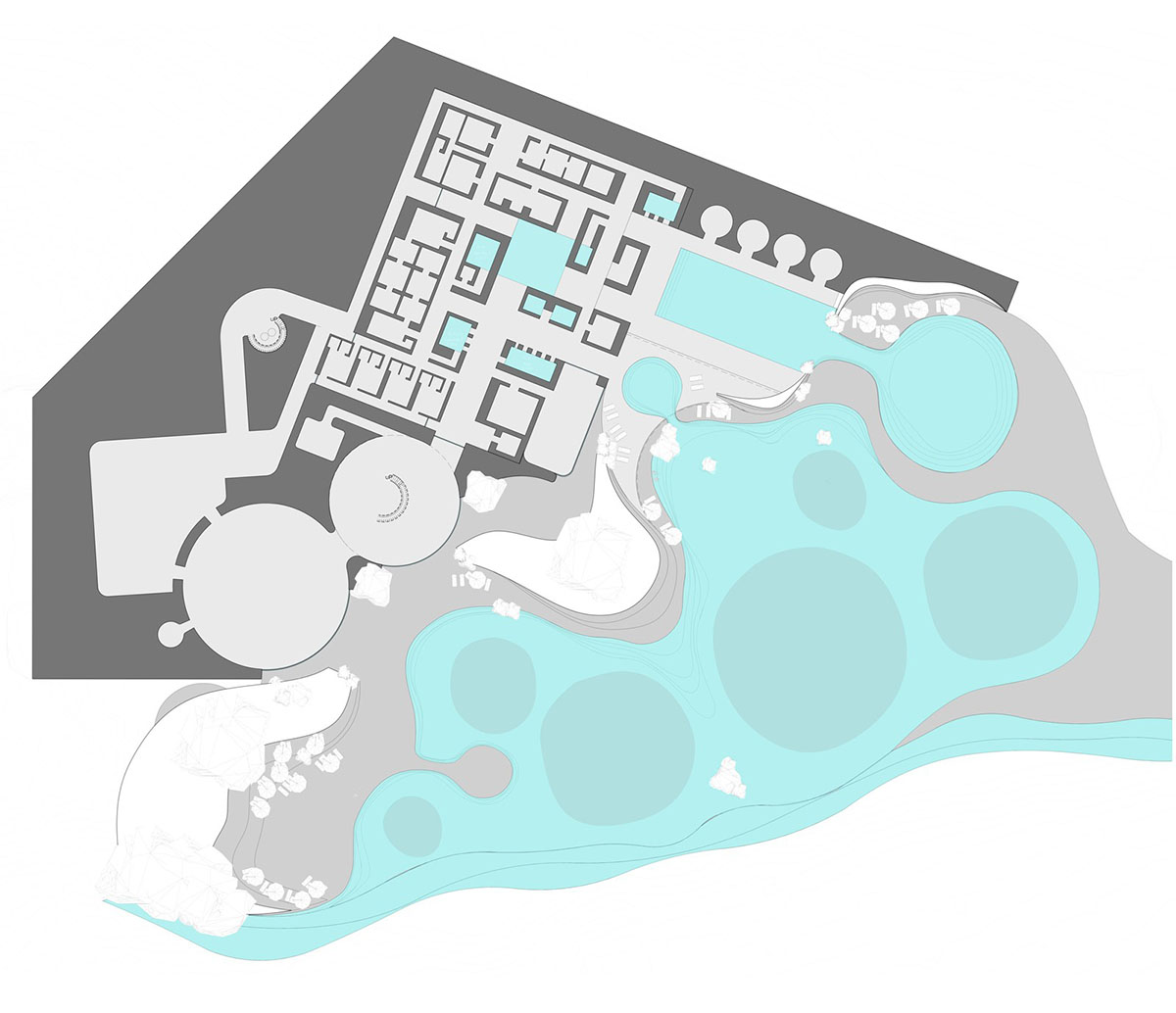 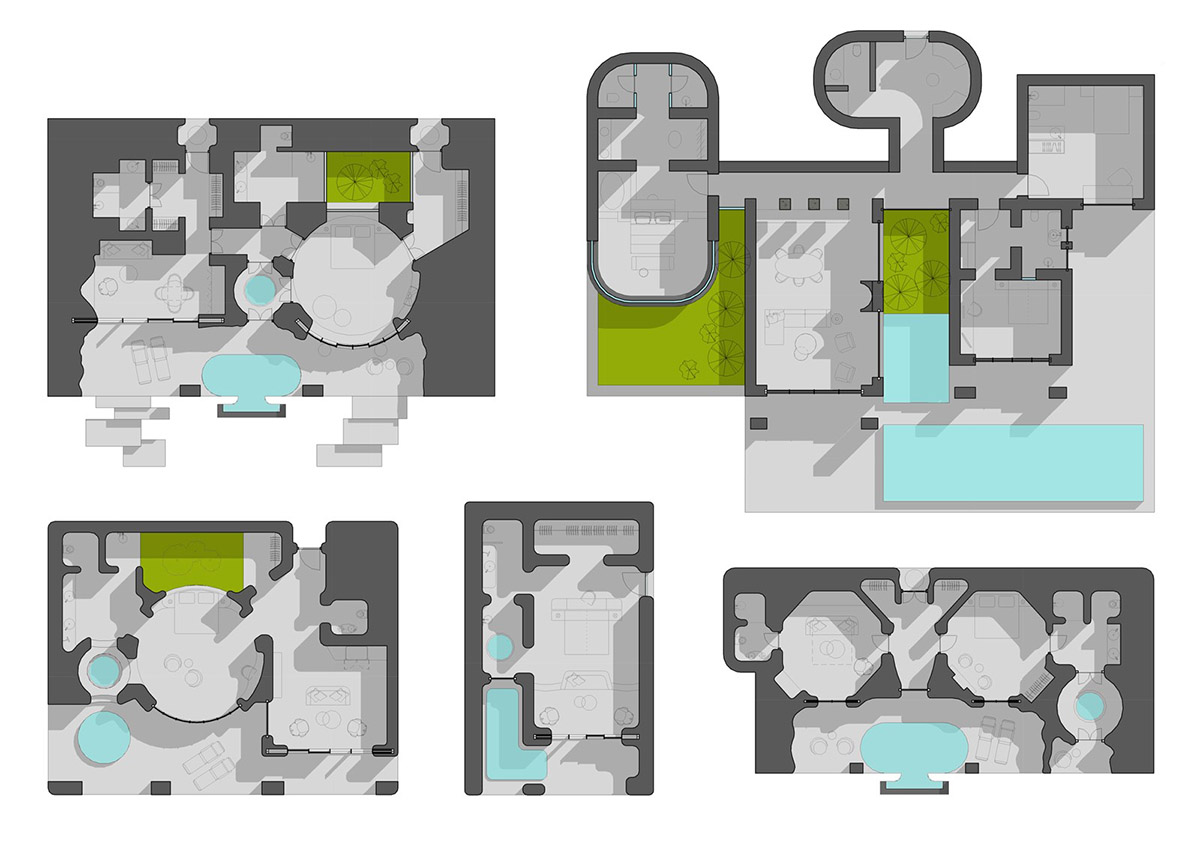 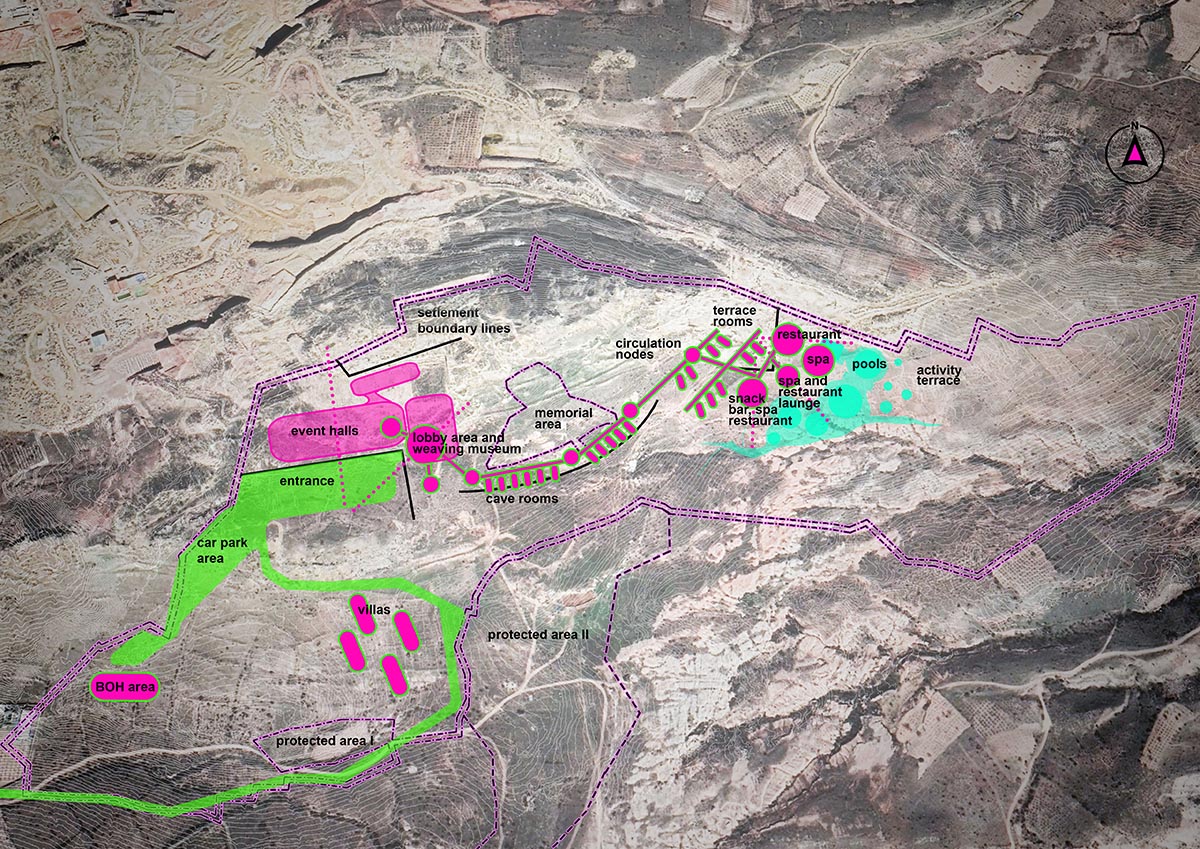 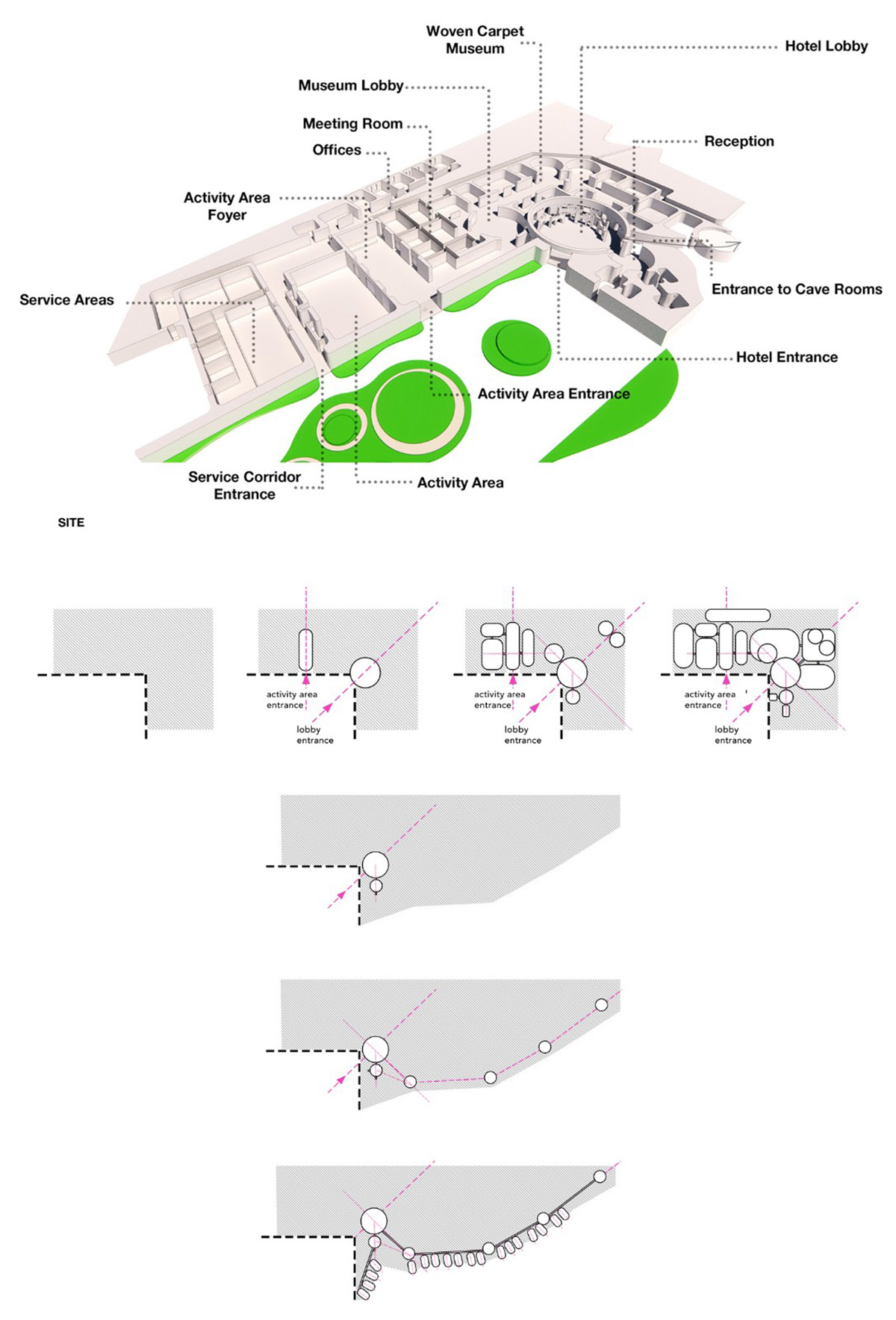 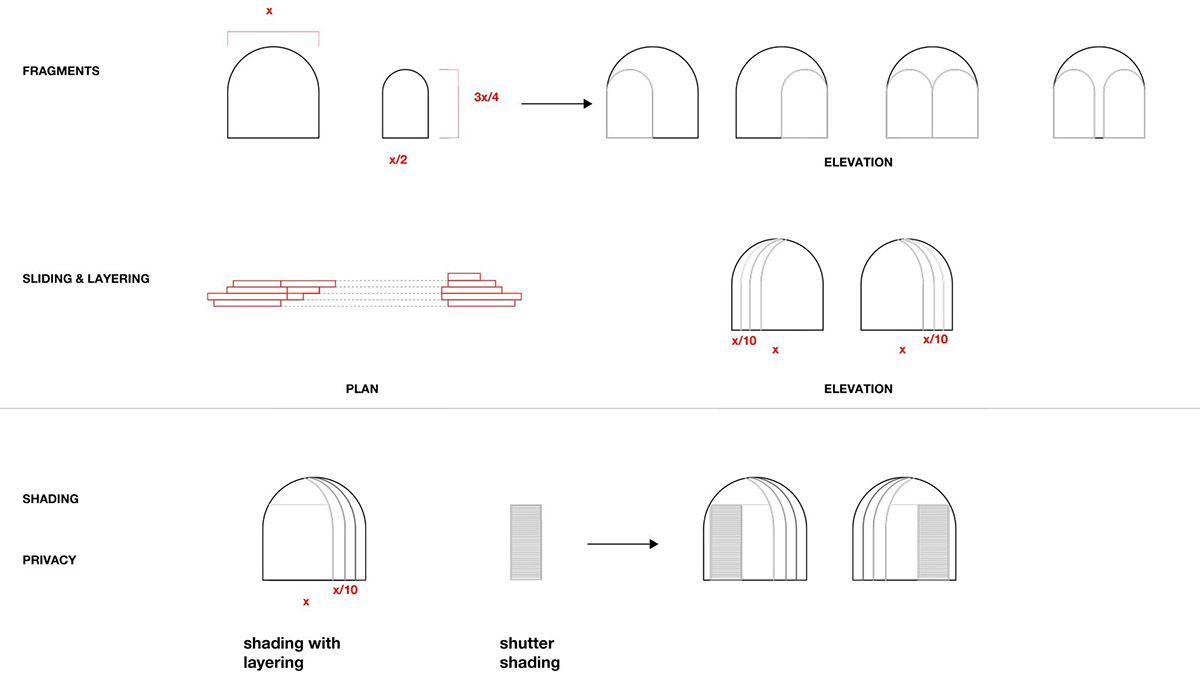 All images courtesy of GAD