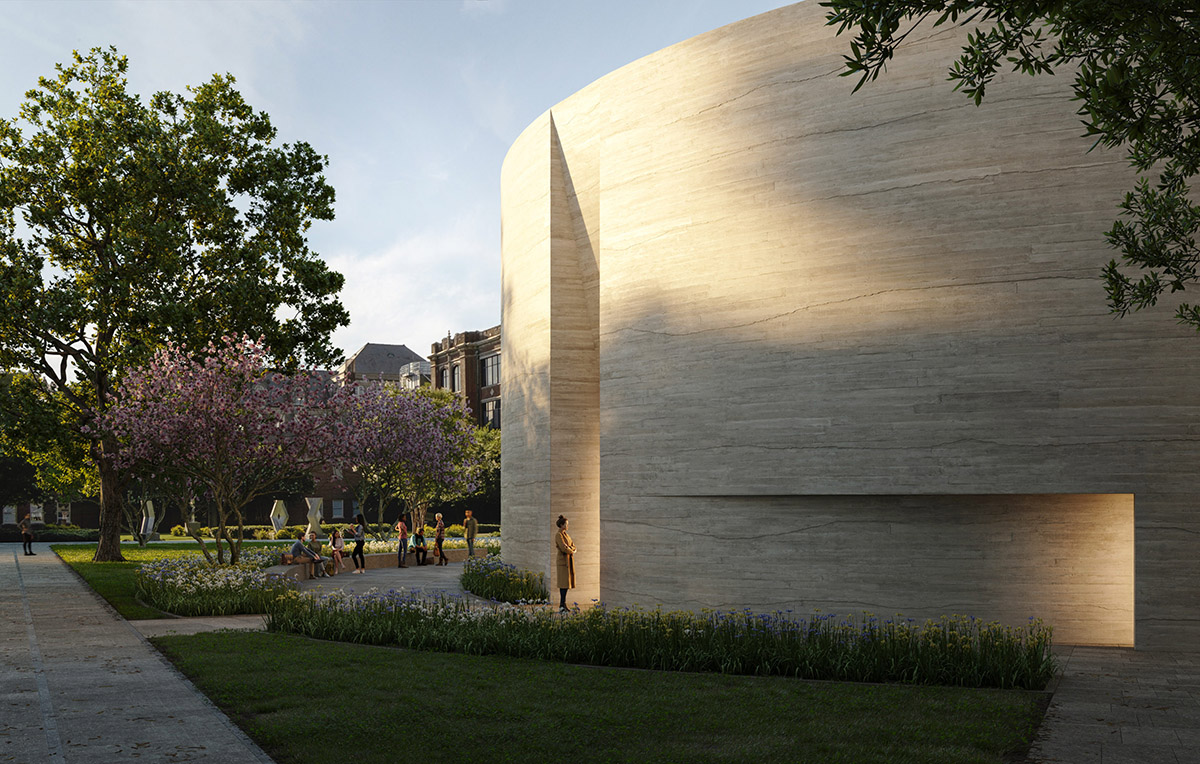 The circular chapel, called The Chapel of St. Ignatius and the Gayle and Tom Benson Jesuit Center, will be built in the heart of the University's Audobon Campus.

Conceived as a chapel and community gathering space, the building will bring the Loyola community together with its distinctive form and spiritual presence.

The building has broken ground on June 17 and the Chapel of St. Ignatius and Gayle and Tom Benson Jesuit Center is expected to be completed in 12 to 15 months. 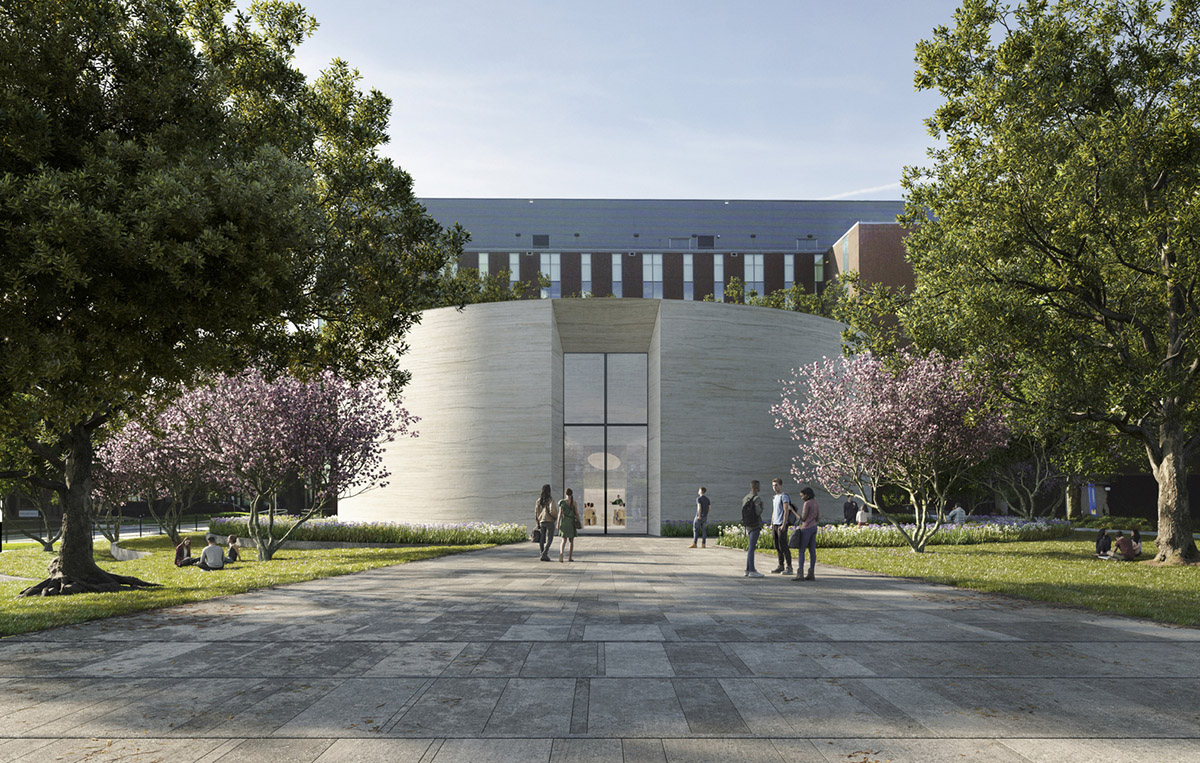 Drawn in a circular layout, the chapel consists of the repetition of the circular rooms varying in sizes depending on their functions. Designed as "an environmentally sensitive and sustainable sacred space", Trahan Architects takes cues from the traditional elements of Jesuit spirituality, referencing to the University's heritage.

The new building is designed as a circular-shaped and light-filled modern chapel that can accommodate approximately up to 250 people. 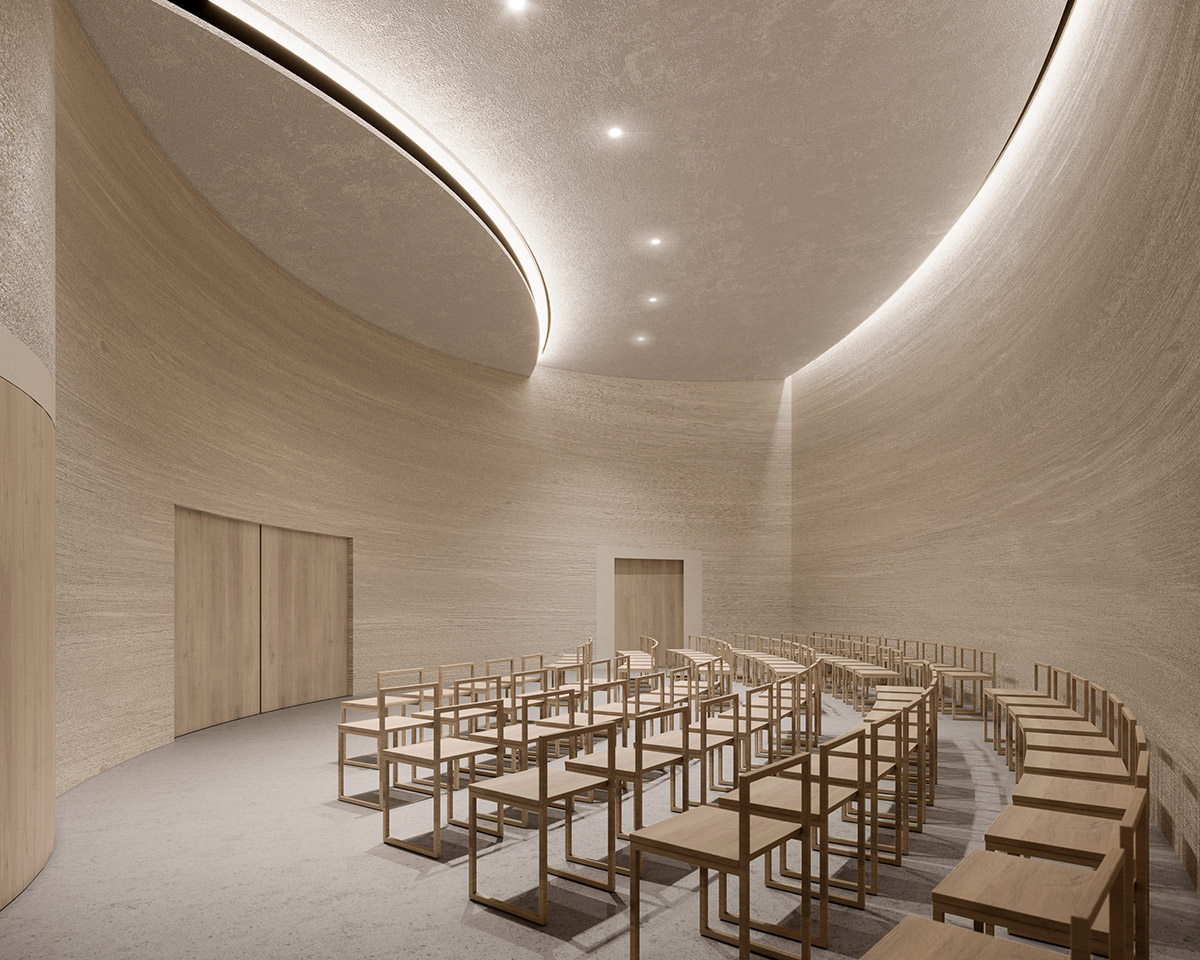 "The building was designed to connect it to the natural world, including the circular and interconnecting circles, the long glass slit on the side of the building that will look out on a live oak, and particularly the choice of cast-in-place concrete as the main building material," said CEO and Founder Victor F. “Trey” Trahan III, FAIA.

"The latter will be formed using cypress and other types of wood to give the cylindrical building a variegated and natural look." 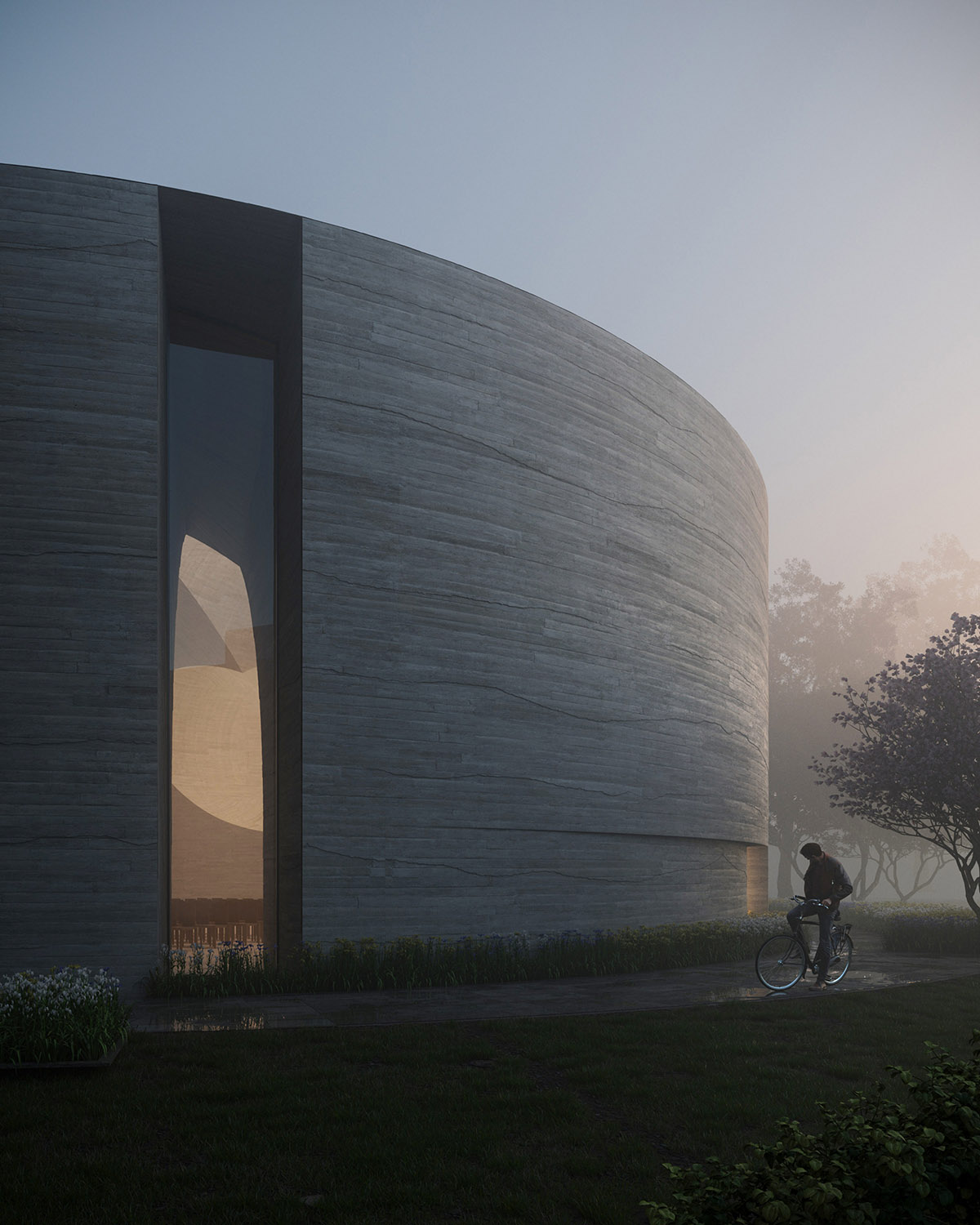 The reason of choice of circular form is to create "connected spaces" so that visitors can feel a sense of wholeness and invite the local community. According to Trahan Architects, "internally, the repetition of the circular motif further realizes the value of oneness of a campus community learning together to integrate the pursuits of faith and reason."

The Tobler Company, LLC, a New Orleans-based company that has been in business for over 30 years, serves as program managers, guiding the project through build and closeout.

The design of the chapel is aimed to increase awareness to the context of the overall site, both in relation to the Gothic-style adjacent buildings and the surrounding environment. 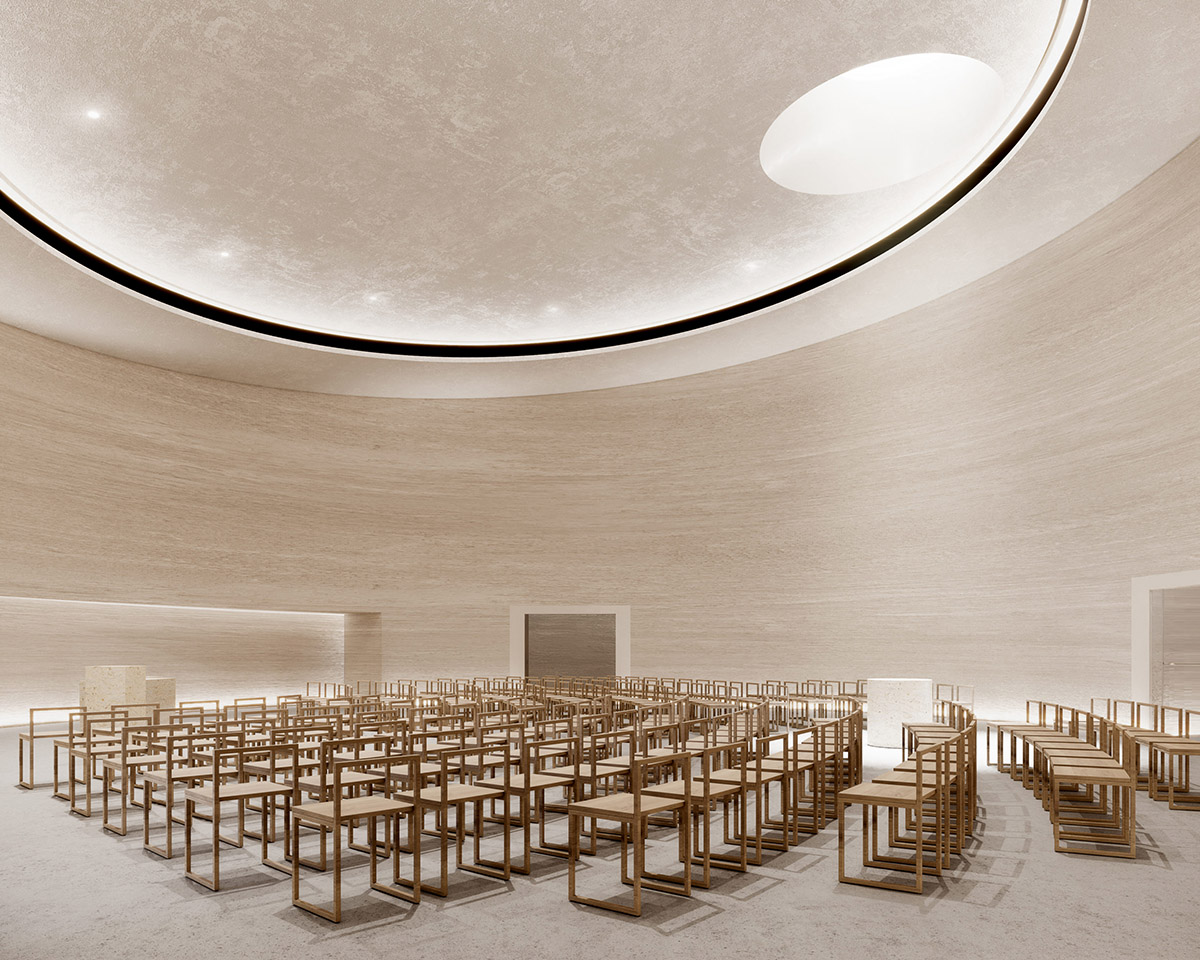 "The Chapel will have a perceived sense of mass and weightiness that evokes a feeling of permanence as seen in other buildings on campus," said Trahan Architects.

"The building will be timeless and not mimic the historic architectural style on campus, but it will rather elevate the harmony between the other buildings by having its own distinctly contemporary character," added the firm. 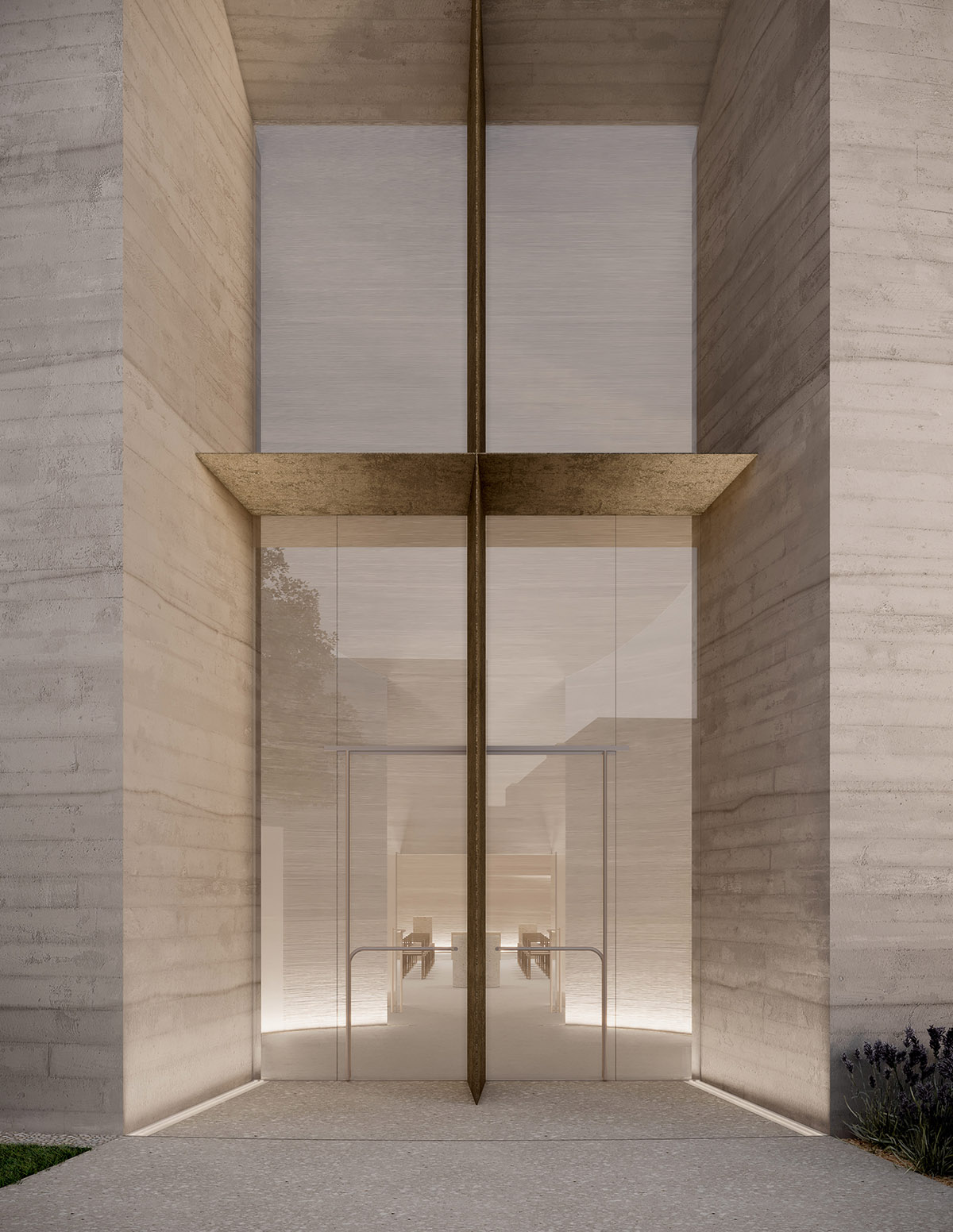 With its natural-toned material and color palette, the new chapel intends to evoke calmness, warmth, and mystery. While the exterior expression of the building is made of board-formed cast-in-place concrete, aiming to evoke a quality of the Earth and its organic sensibilities", the scale and texture of the façade will add relief and a softness to the reading of the building.

The interior quality of space is decided by abundant natural, diffuse daylight, the natural light will wash the spaces within the new Chapel to provide an inviting and natural environment. 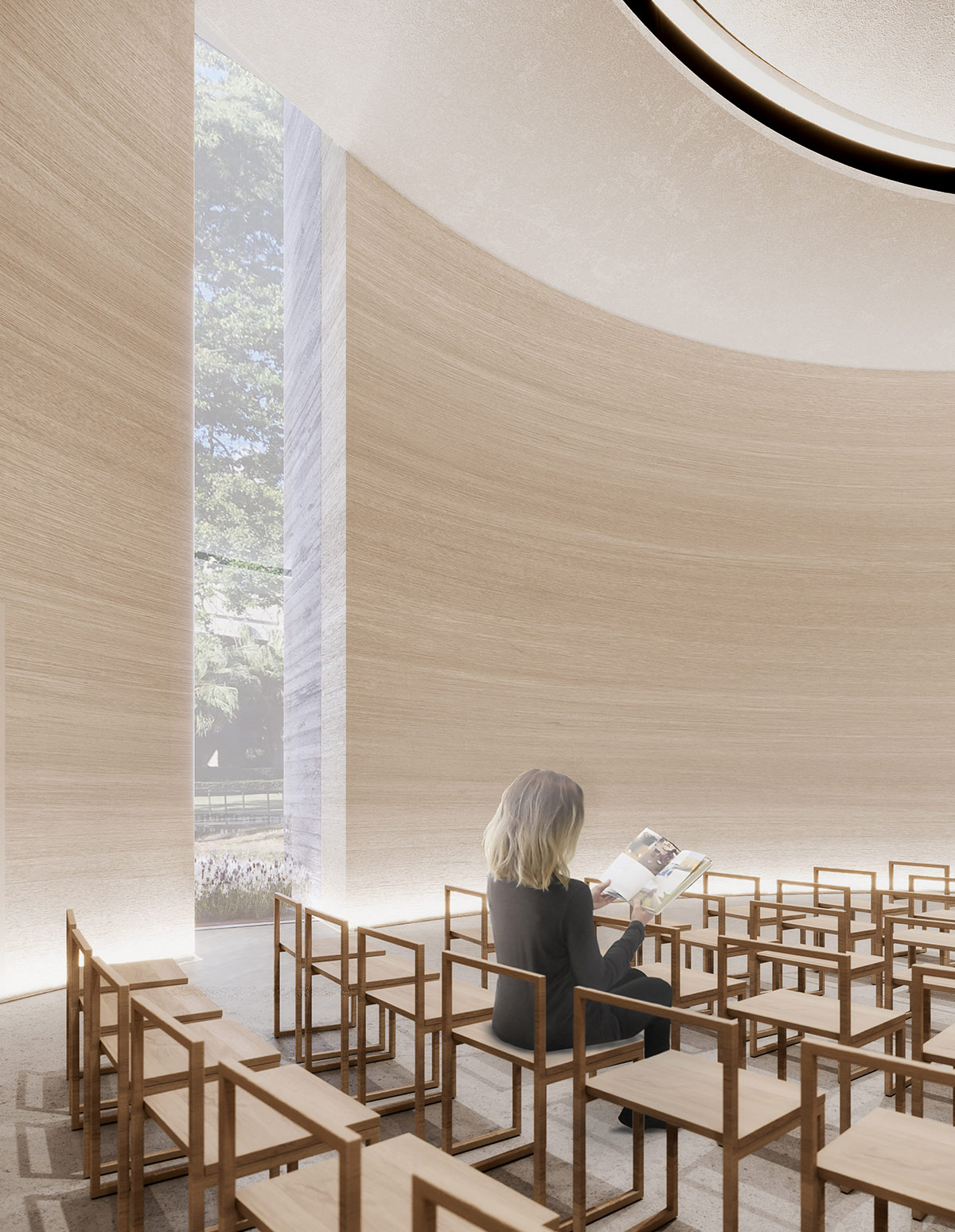 The architects designed a large oculus and skylight that will be integrated within the sanctuary space’s ceiling in order to create a connection with the sky and heavens.

Large glass entry doors are used to allow for a direct visual connection from the campus into the heart of the sanctuary and vice versa, creating a welcoming addition to the campus community. 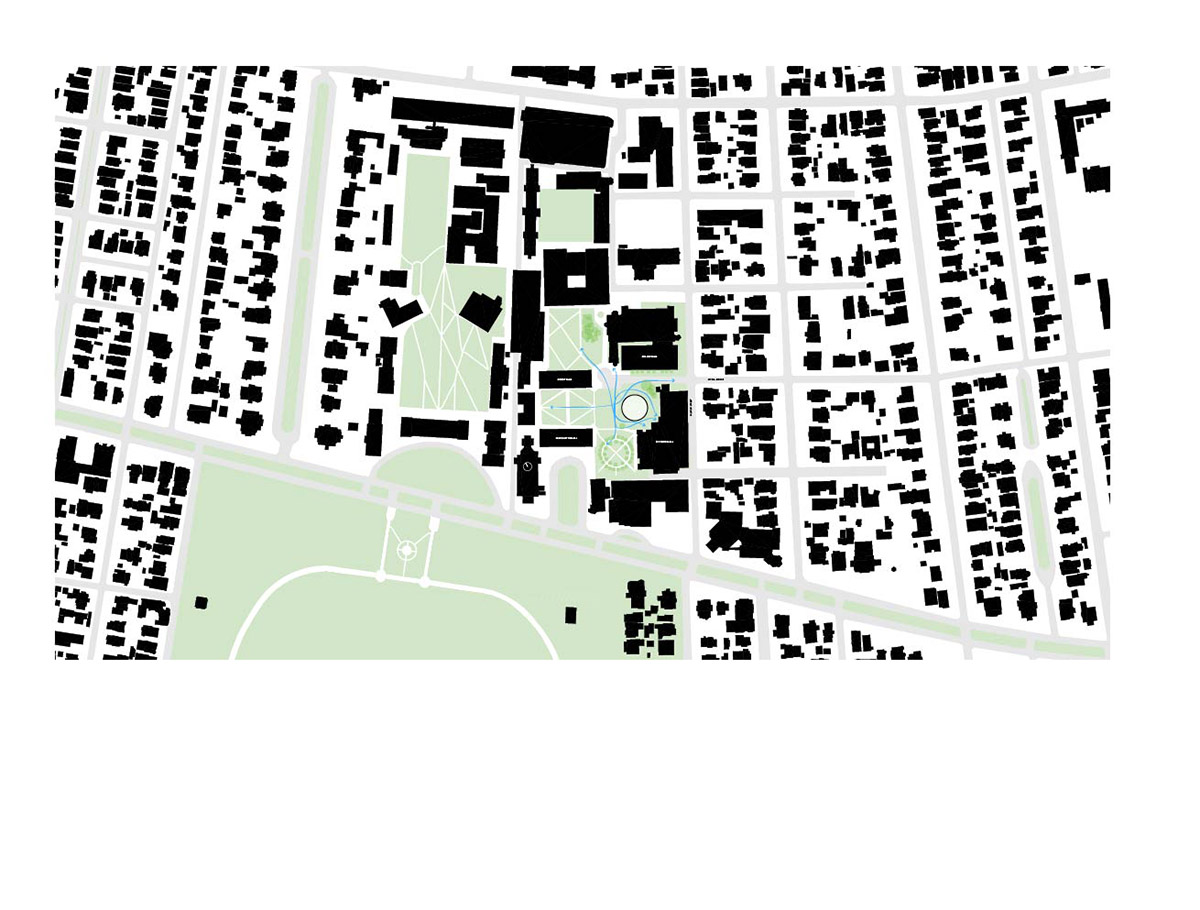 "A faith that does justice is core to a Loyola education and this new space will be transformative for our Jesuit Catholic mission," said the Rev. Justin Daffron, S.J., Vice President for Mission and Ministry.

"He added that while the Catholic chapel provides a new place for Mass and Catholic devotions, the Benson Jesuit Center will also provide community gathering spaces welcoming people of all faiths for prayer and reflection," added Rev. Justin Daffron, S.J.

The chapel is completely donor-funded, it is expected to cost for $6 million and a lead gift of $4.8 million was made by the Gayle and Tom Benson Charitable Foundation. 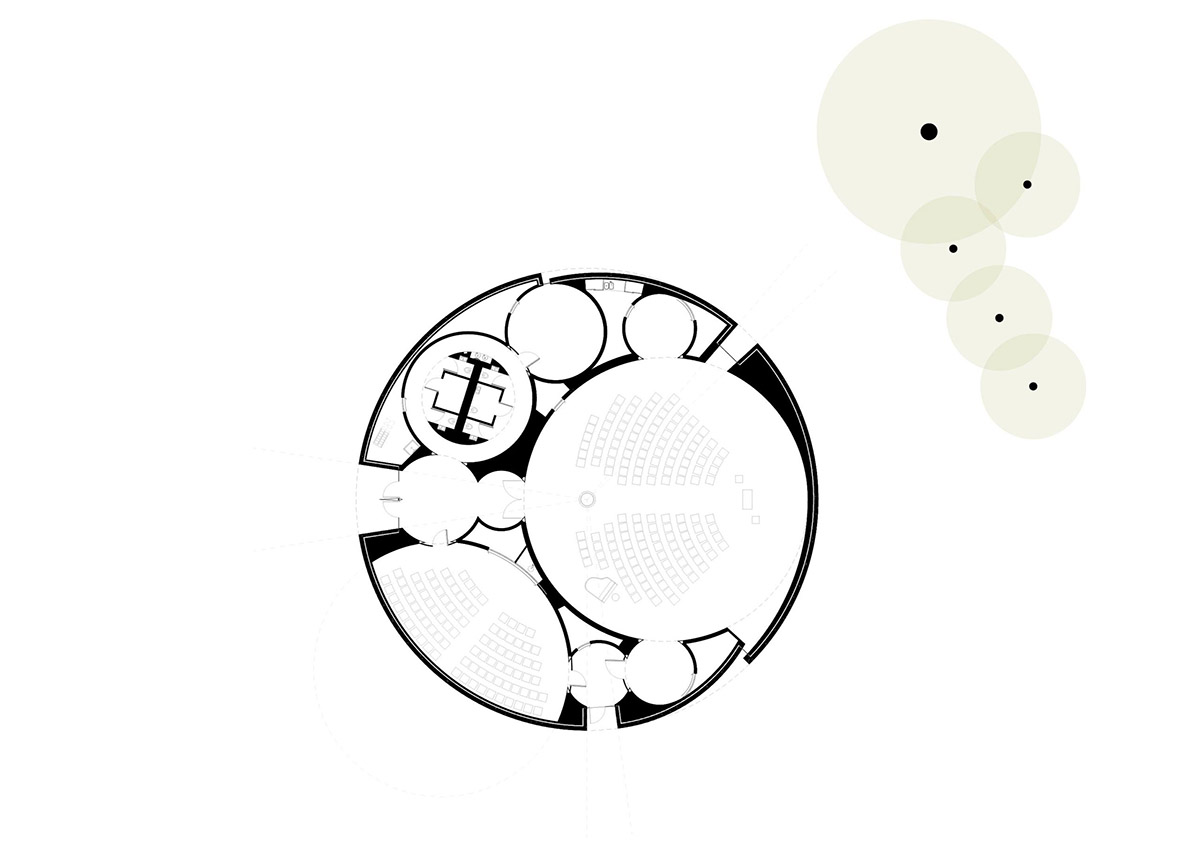 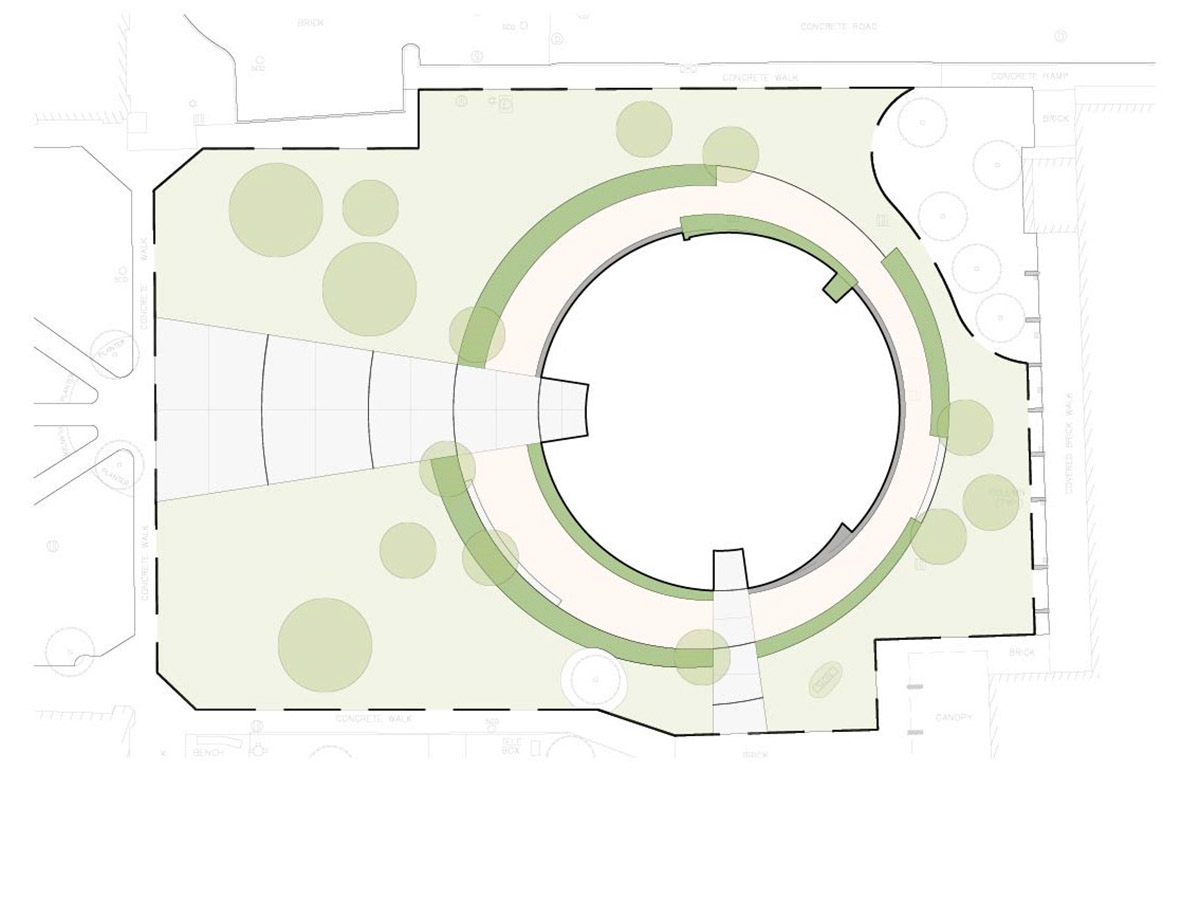 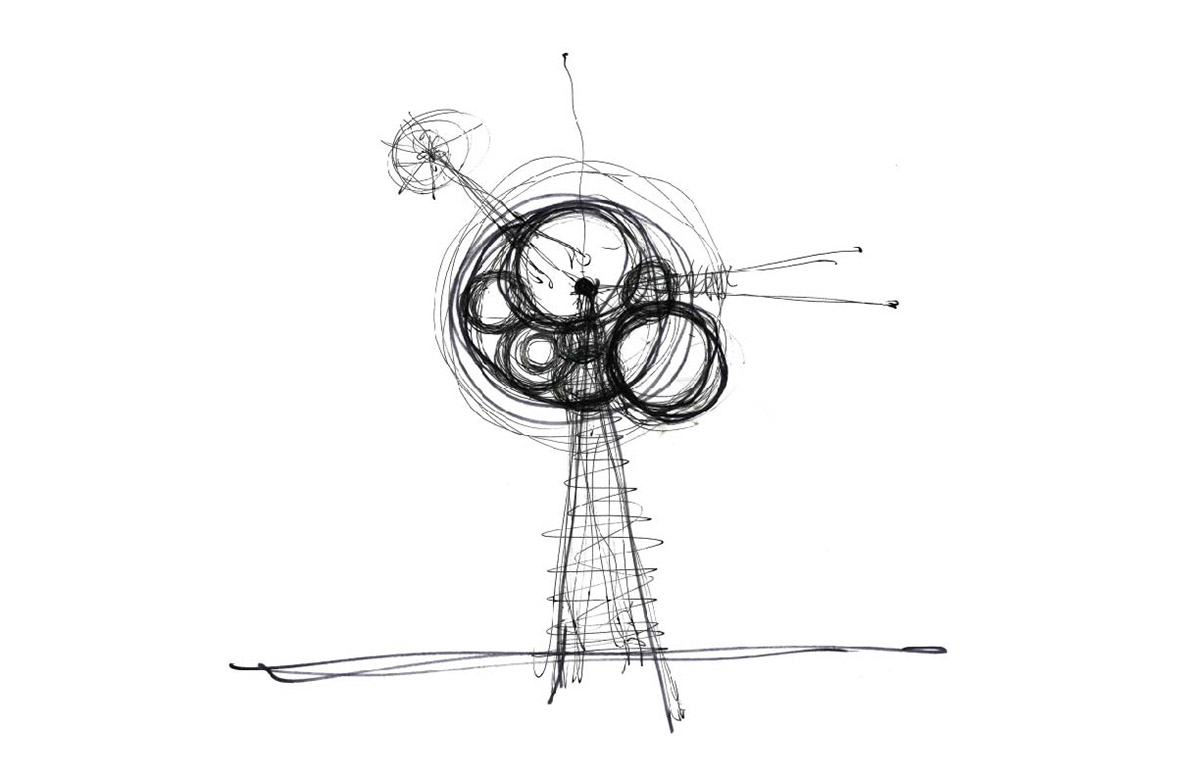 Trahan Architects was founded in New Orleans by Victor F. “Trey” Trahan, III, FAIA in 1992. The firm's notable projects include the Coca-Cola Stage at the Alliance Theatre in Atlanta, Georgia; Mercedes-Benz Superdome in New Orleans, Louisiana; and conservation and preservation undertakings in St. Francisville, Louisiana and in Corcovado National Park in Patagonia, Chile.

All images courtesy of Trahan Architects.