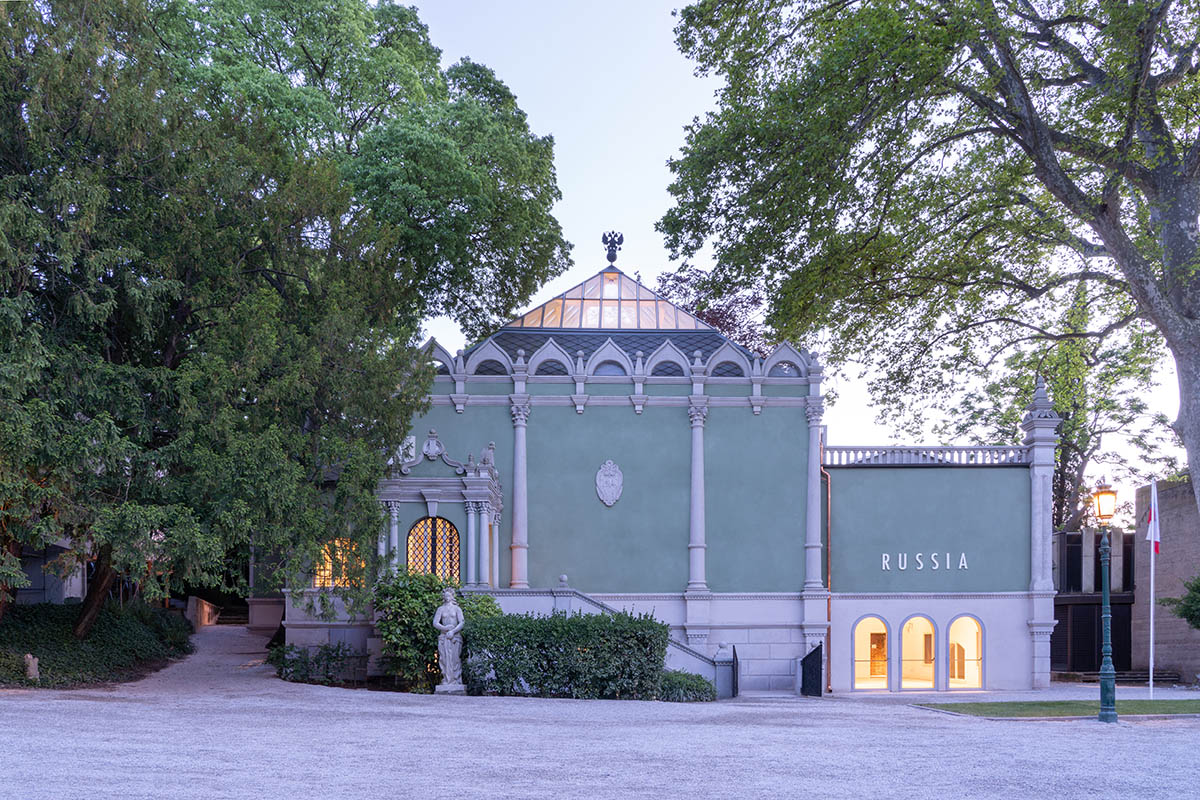 The Russian Pavilion has presented an exhibition that interrogates the role and relevance of cultural institutions in times of global crisis at this year's Venice Architecture Biennale which opened to the public on 22 May in Venice, Italy.

Themed as Open!, the pavilion, curated by OMA Partner, architect and urbanist Ippolito Pestellini Laparelli, architect and founder of studio 2050+, aimed to open up discussion on the role of cultural institutions to experiment possible modes of coexistence within social, political and environmental context. 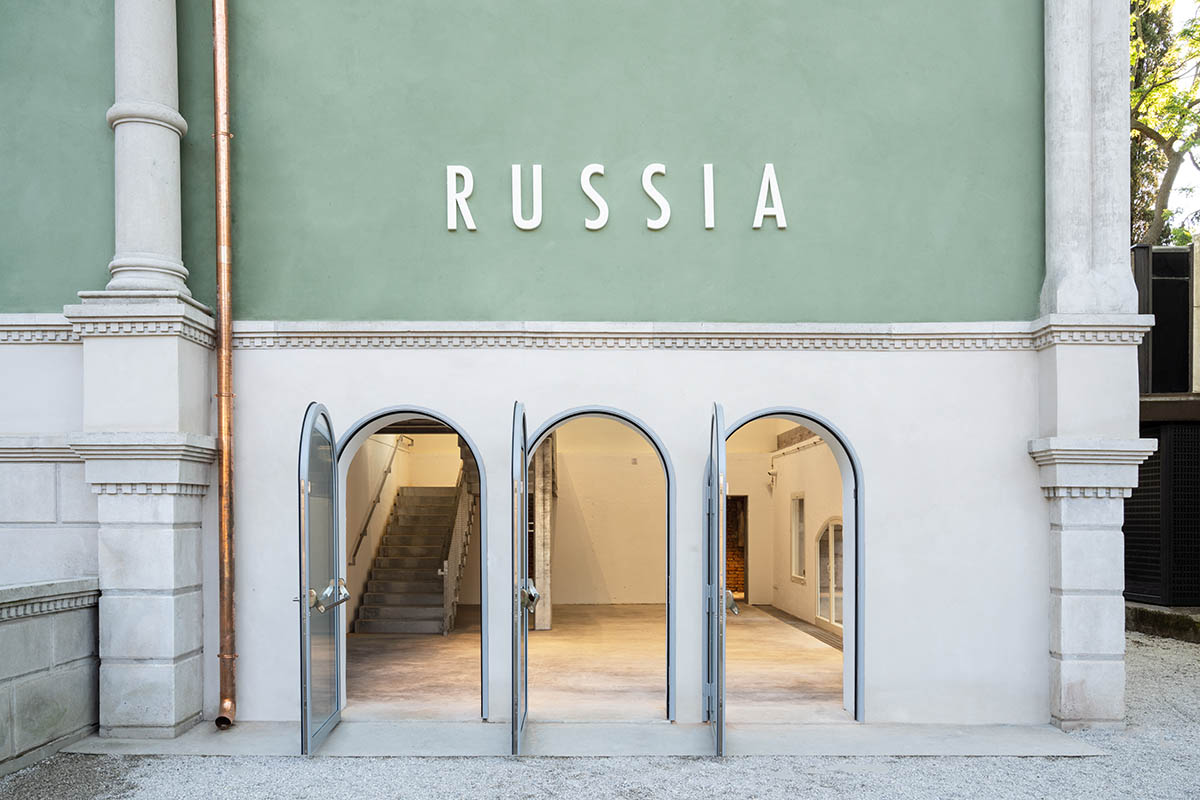 In addition to the theme of the Russian Pavilion, the Russian Pavilion has gone a physical renovation process at the Venice Giardini, which was developed by the young Russian/Japanese architecture studio KASA, founded by Alexandra Kovaleva and Kei Sato, under supervision of 2050+. As the renovation process is complete now, the recent photographs have been revealed by the team. 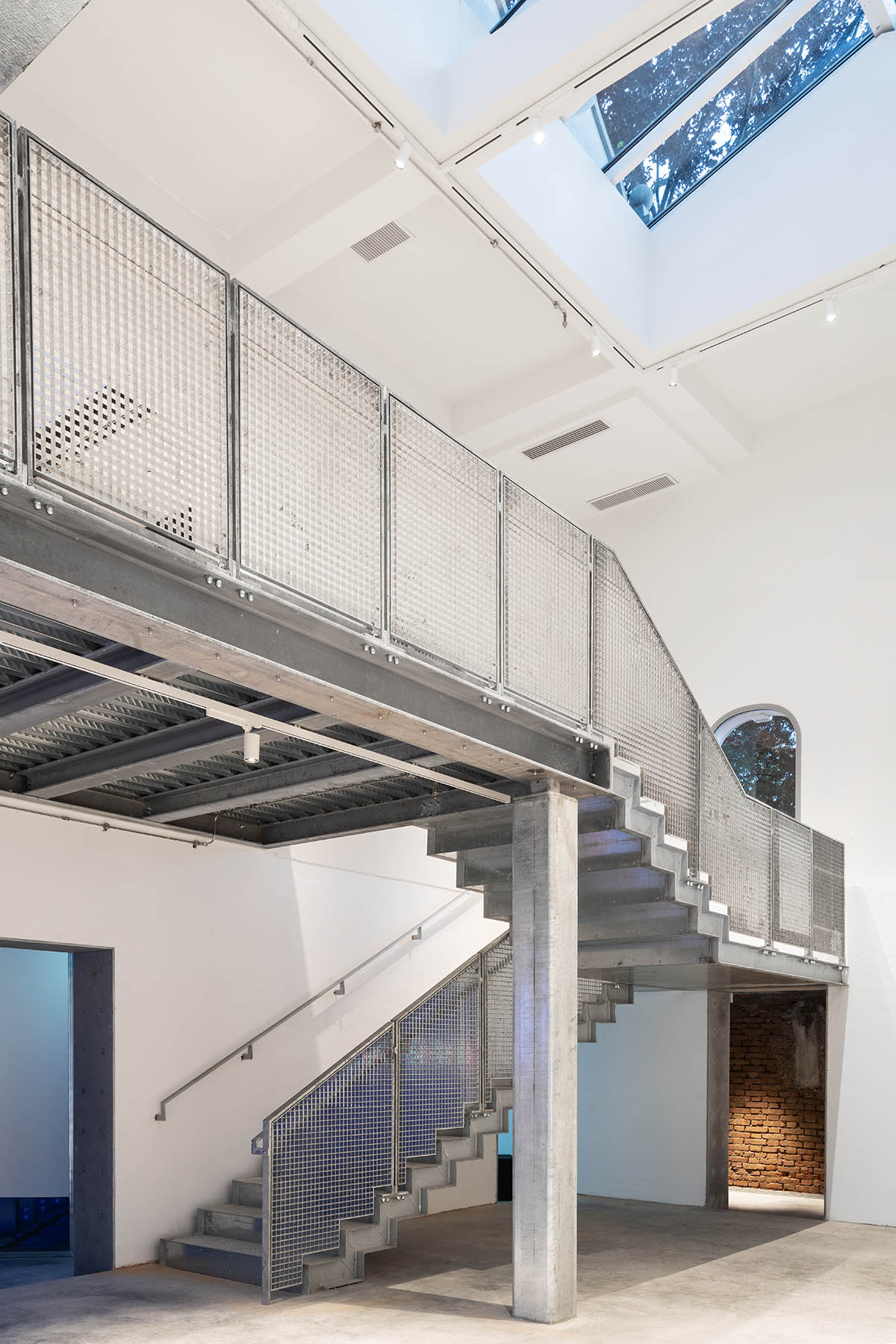 With this comprehensive research to the Pavilion’s redefinition of its role as cultural institution, Laparelli devised a digital pavilion about the physical renovation and the theme of the Russian Pavilion by accumulating content, including podcasts, video interviews and lectures, films, a video game and a live music act, as part of this global conversation. This renovation project was launched in 2020 and the Pavilion initiated a broader debate on the role of cultural institutions in post-pandemic times.

The Russian Pavilion was designed by architect Alexey Shchusev and opened to the public in 1914. It has functioned as a home for Russian culture at the Venice Biennale for more than a century. The renovation project aims to revive the original spirit of Shchusev's architecture, while also responding to a series of structural issues. 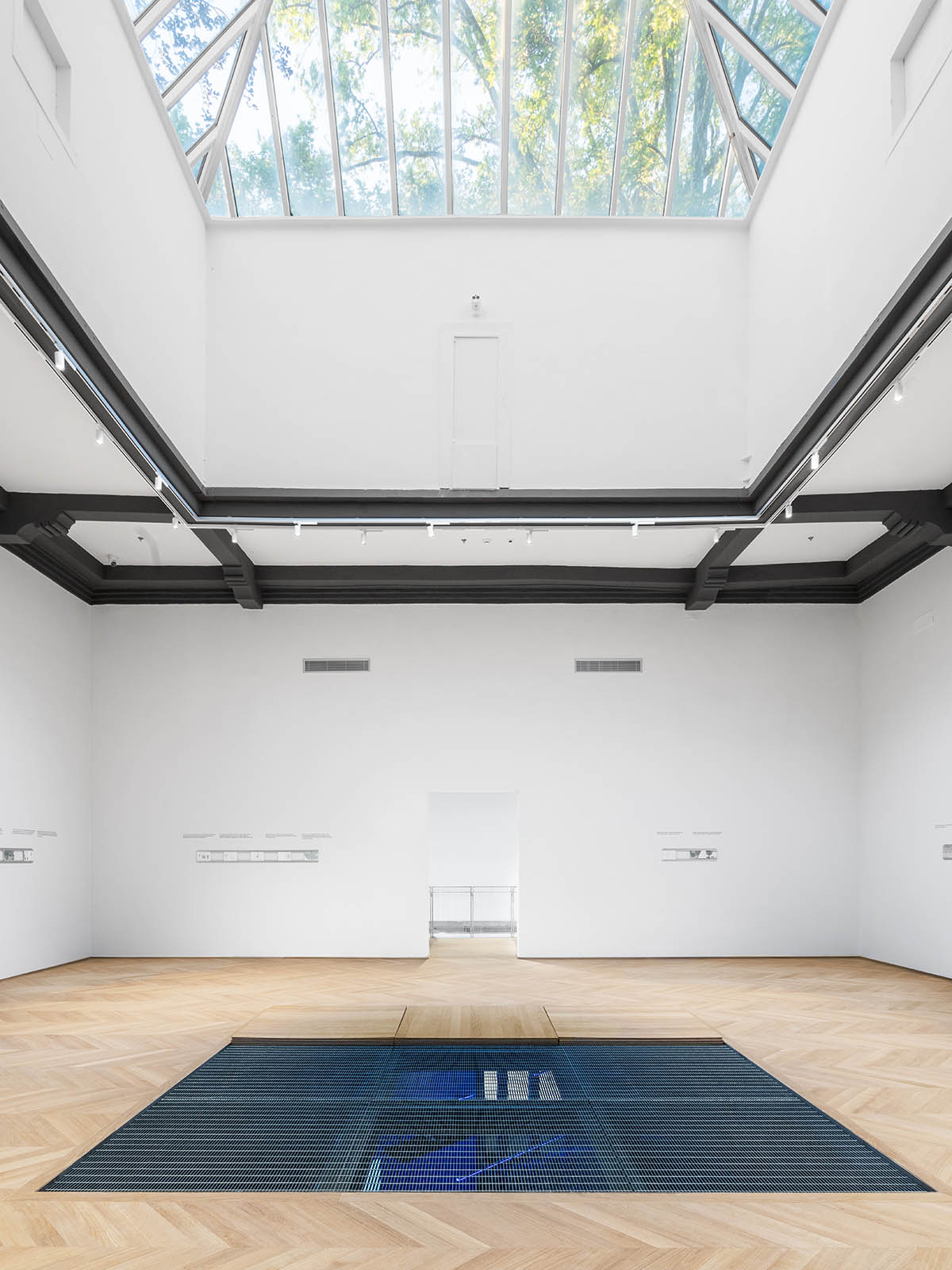 The original Pavilion building was characterised by the porosity between exhibition spaces and their surroundings, with a terrace overlooking the Venice lagoon, a lavish staircase along one of the main avenues of the Giardini, openings towards nature all around and large skylights.

The Pavilion had a green facade, intended to blend in with the trees and greenery of the Giardini, which was painted in an orange ochre shade after World War II. 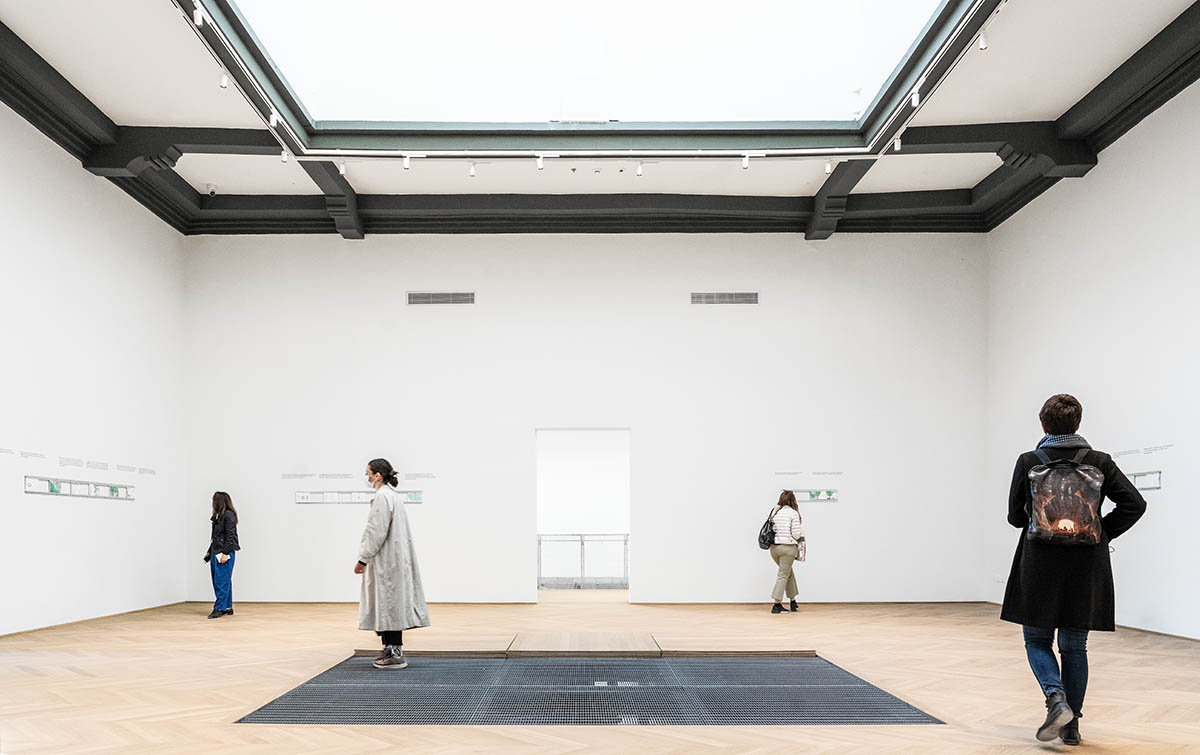 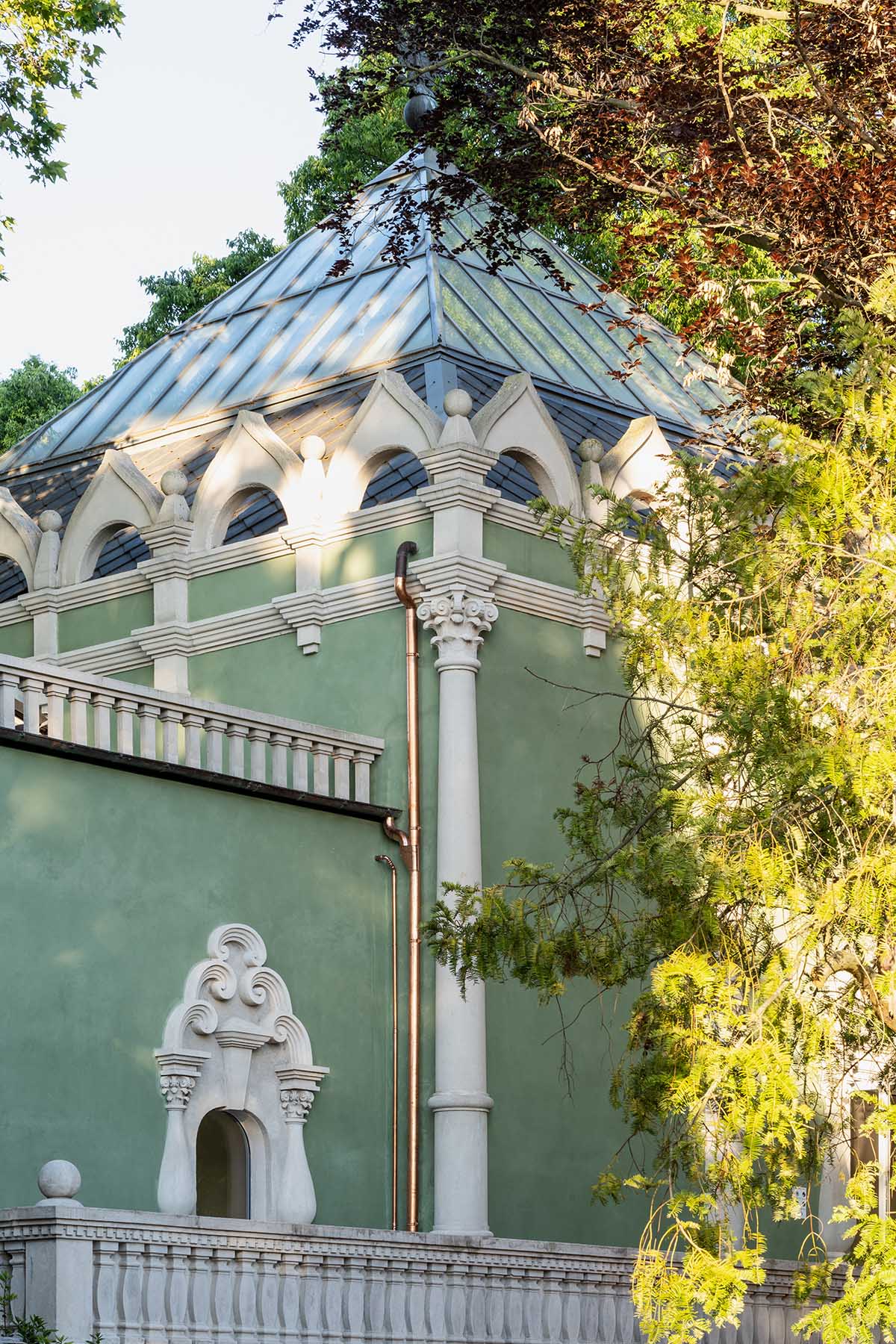 Through time, several modifications have led to most windows and exterior doors being blocked or closed off entirely.

The redesign combines preservation and regeneration: the northern room is now suitable for large scale installations with the possibility of turning it into a double height space; an opening in the floor in the central exhibition room, restored with white walls and durmast flooring, brings light to spaces below; accessibility and circulation are improved by the addition of an elevator, stairs and the re-opening of several doors that allow new circulation paths and open the exhibition spaces on ground level to the Giardini; and the façade is restored to its original color. 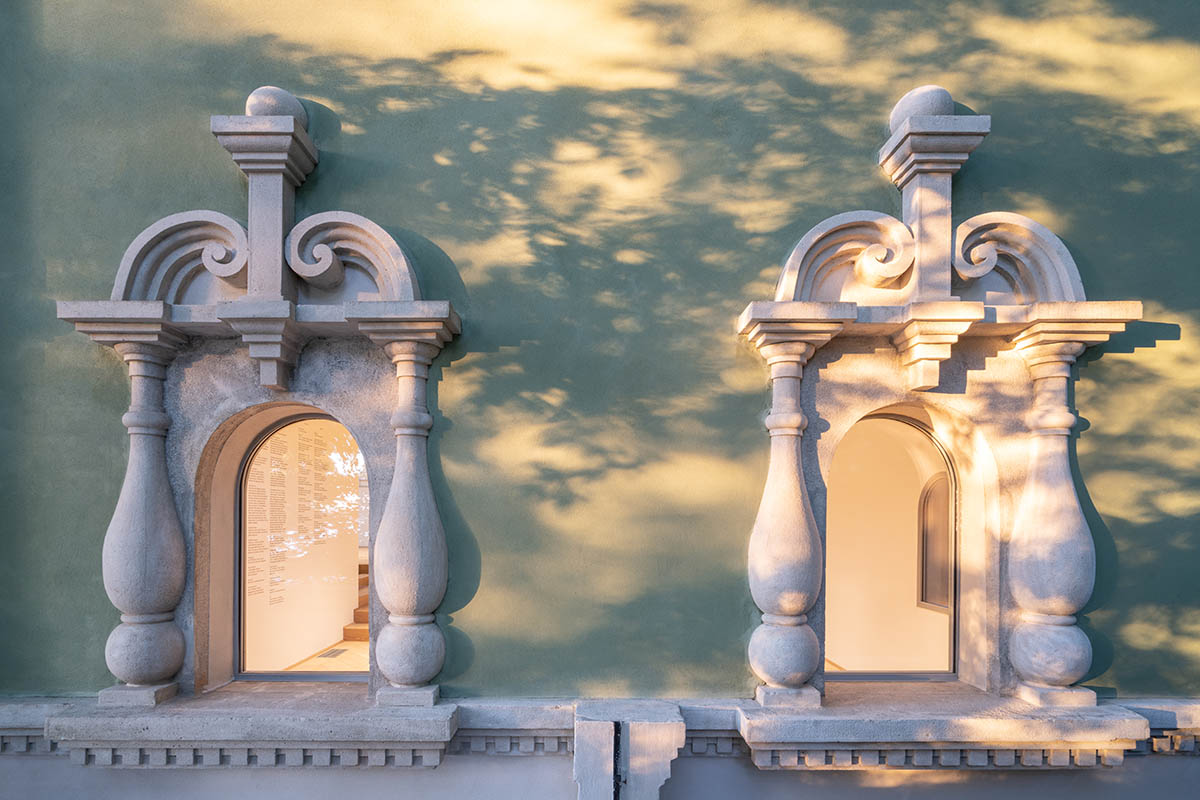 These architectural changes re-establish the relationship between the building and its surroundings, which is reinforced by making the terrace overlooking the Venice lagoon accessible again. 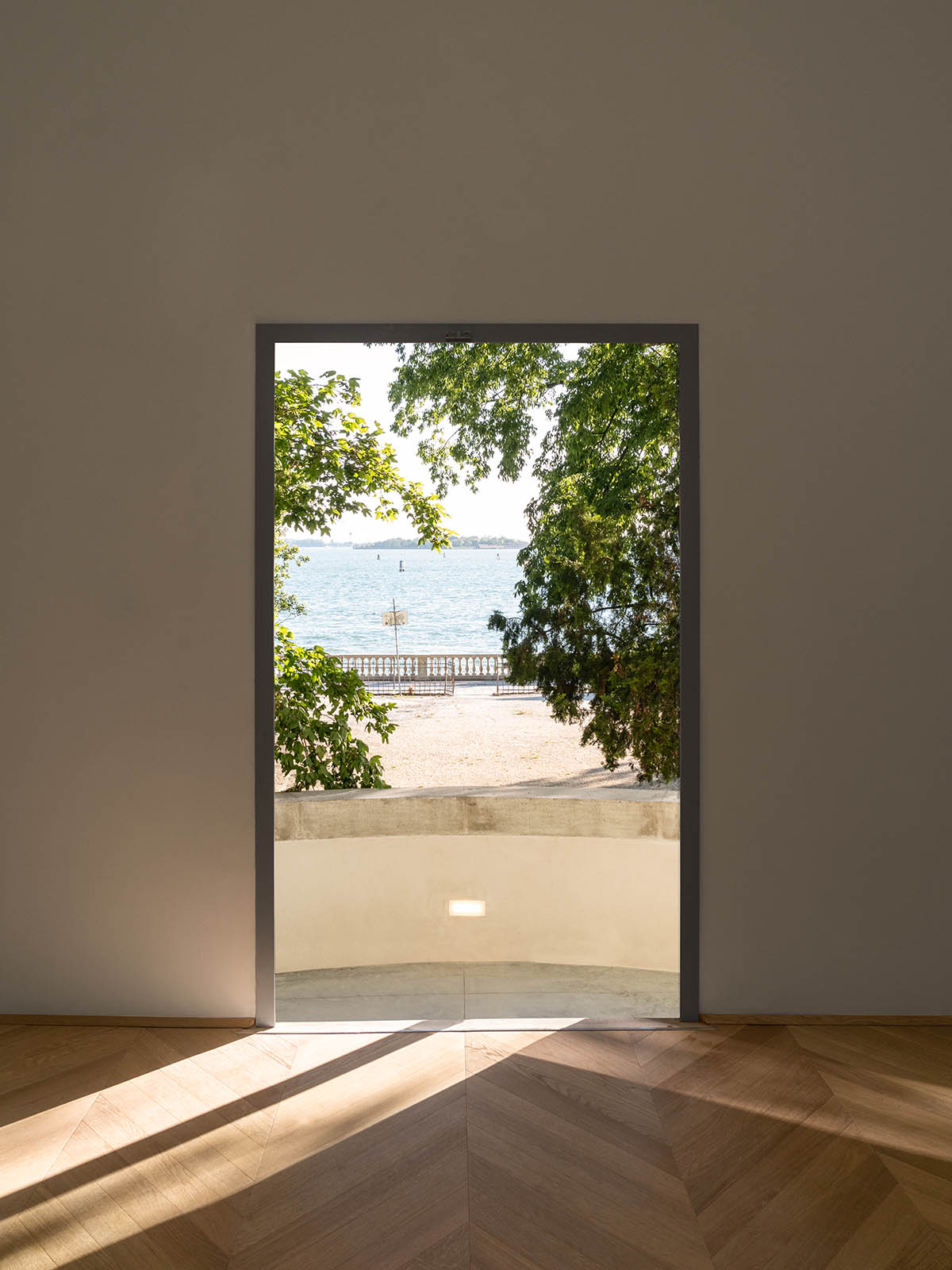 "KASA’s design was selected for its engagement with different models of care and because it opened up the architecture towards the gardens and the lagoon, setting the foundations of the Russian Pavilion on more inclusive and empathic grounds," said Ippolito Pestellini Laparelli, founder of 2050+ and curator of Open. 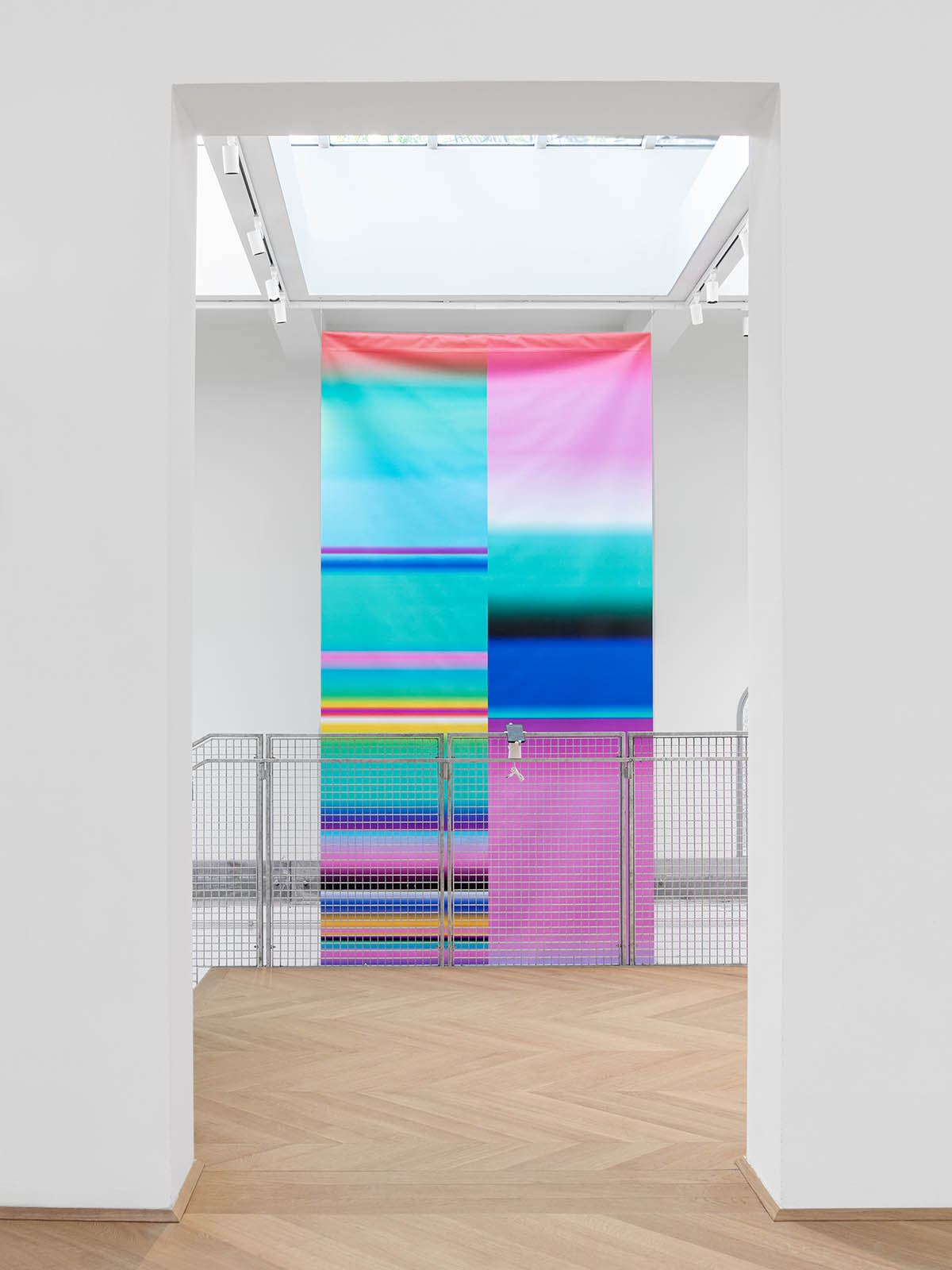 "The transformation of the Pavilion has forged a character that speaks once again of openness and transparency, in the spirit of Shchusev's original design. It prepares the space to fulfil its function as a contemporary cultural institution in the decades to come, reasserting the Pavilion's important role as a cultural embassy in an international context, facilitating channels of continuous dialogue and exchange," said Teresa Mavica, director of the V-A-C Foundation and commissioner of the Russian Pavilion. 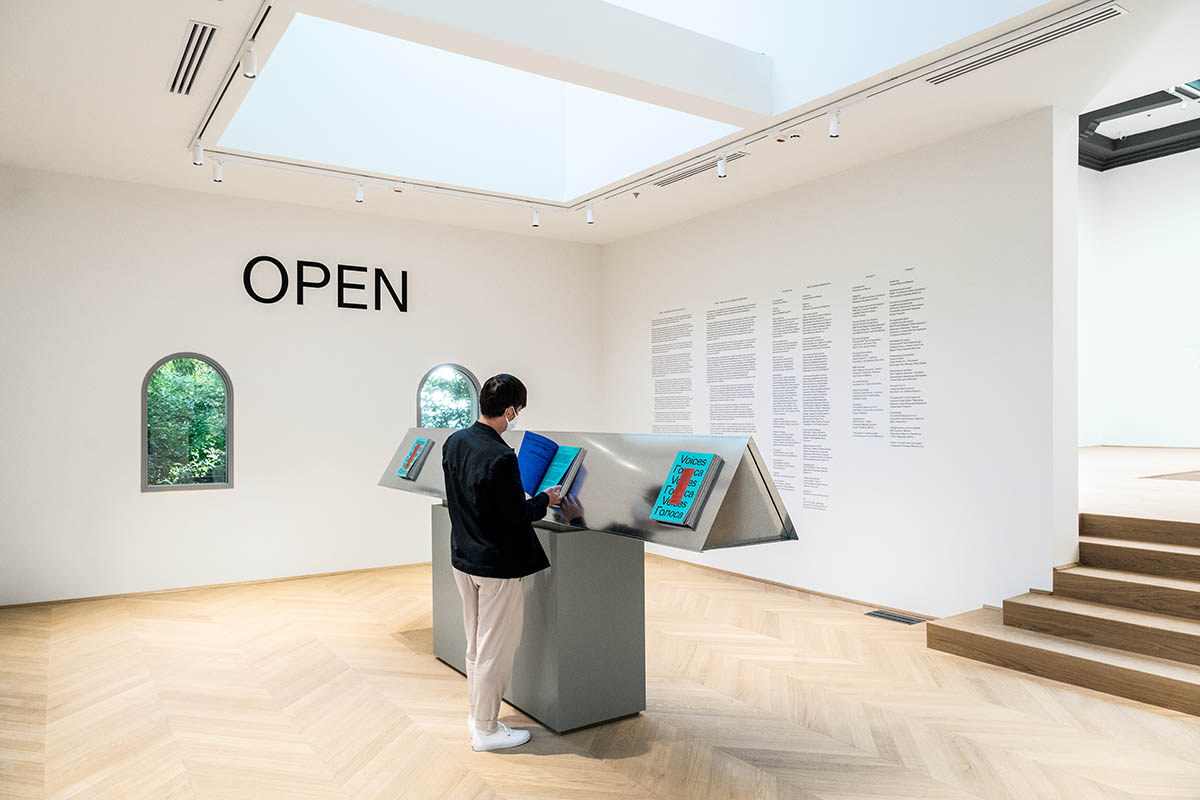 "With a history of functioning as a home for Russian contemporary culture for over 100 years, the architecture of the new Russian Federation Pavilion building will establish new spatial connections, new possibilities for exhibiting and producing art and architecture, ultimately bringing different disciplines, nationalities and cultures together," said Anastasia Karneeva, co-founder of Smart Art, the Pavilion’s operator. Architecture studio KASA was selected in December 2019 through an open call launched by Teresa Mavica, the Pavilion's commissioner; Anastasia Karneeva, the Pavilion's operator and co-founder of Smart Art; and Ippolito Pestellini Laparelli, the Pavilion's curator and founder of 2050+; together with the curatorial team Giacomo Ardesio and Erica Petrillo, both of 2050+, as well as a committee of Russian experts. 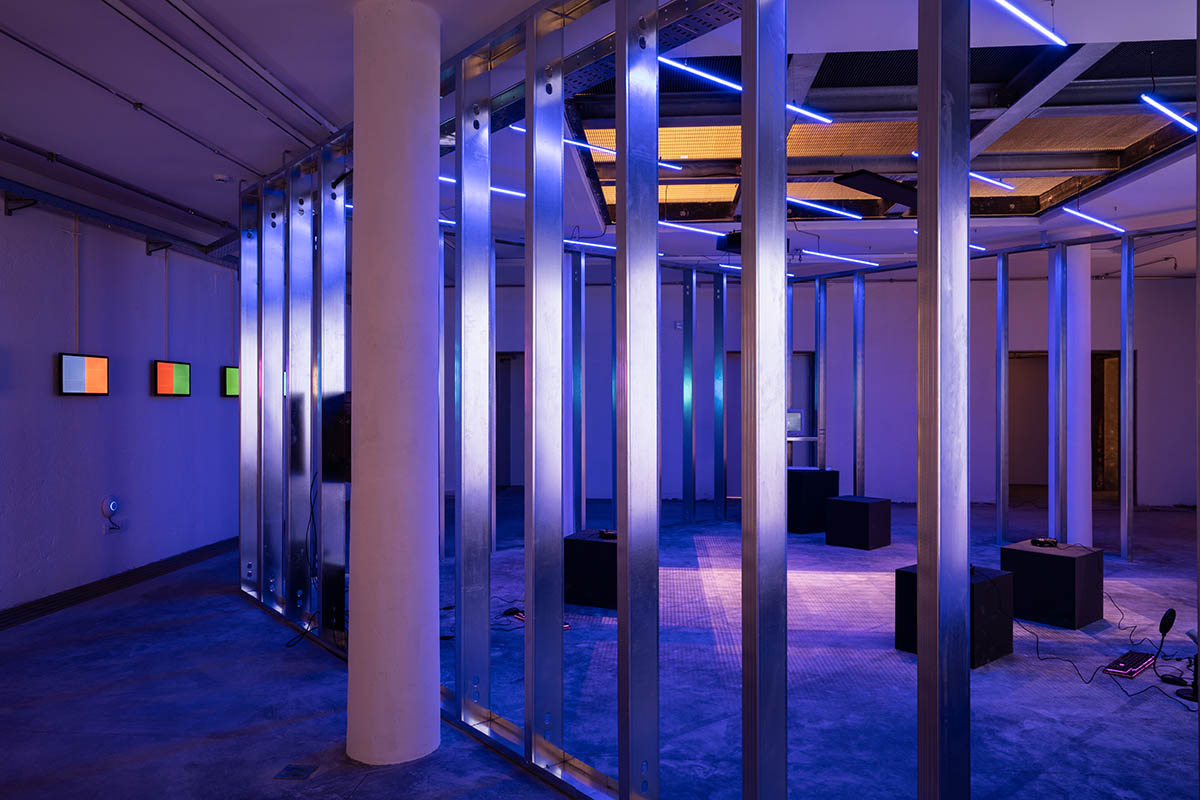