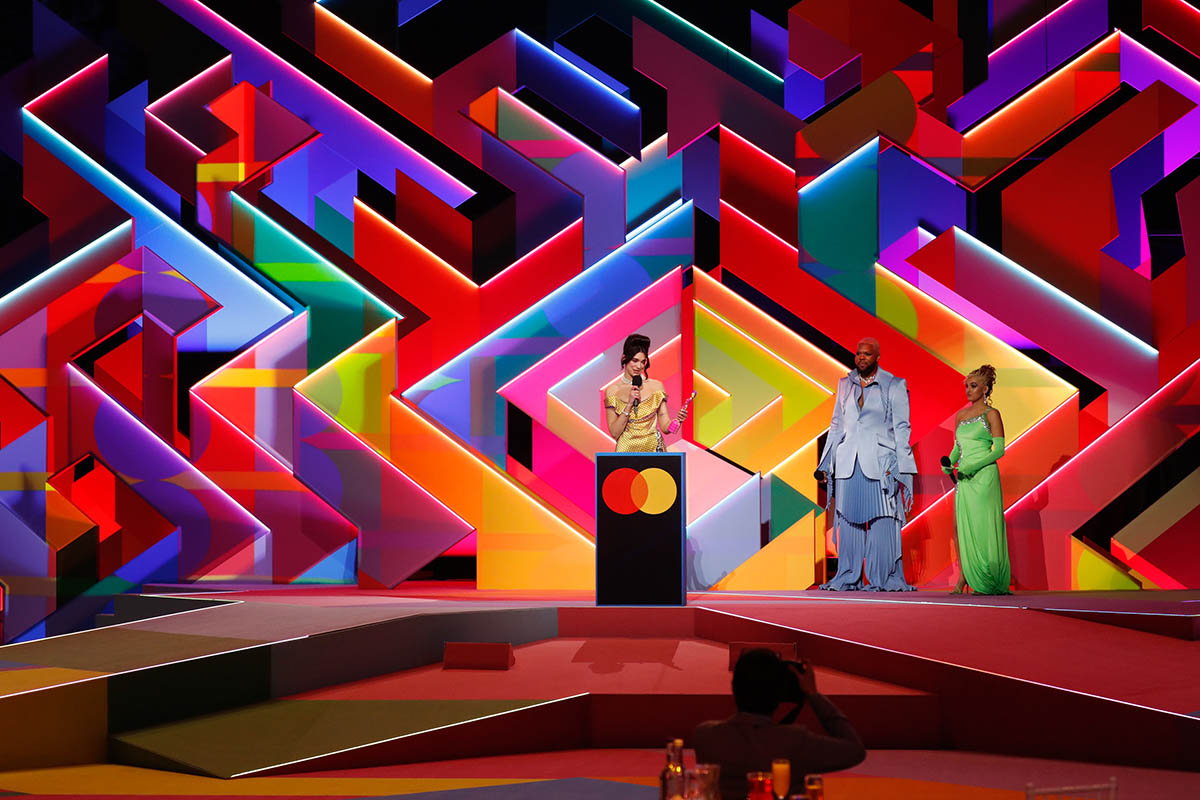 Zigzagging lines and labyrinth-looking stunning patterns were combined with vivid colors to form the backdrop of the 2021 BRIT Awards.

The ceremony of 2021 BRIT Awards took place at London’s O2 Arena on May 11. Broadcast live on ITV, the event welcomed a live audience as part of the Government’s scientific Events Research Programme.

With it came a brand-new colourful stage, designed by Es Devlin, along with set specialists Diagon, who worked in collaboration with the famed designer to create and build it. 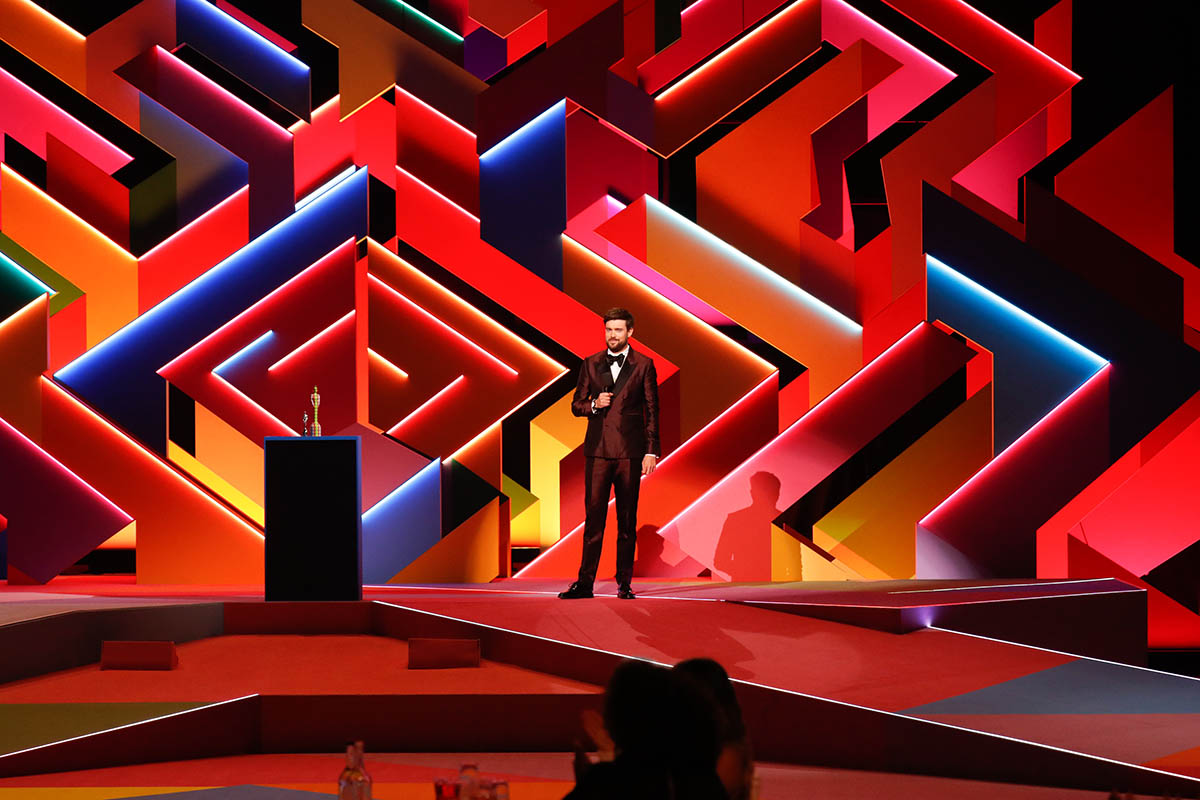 The design of this year’s presenter stage offered the use of maze architecture, which is expressed with the paths that many of those working within the creative industries have had to navigate to overcome the challenges the pandemic brought during the past year.

In the project, Yinka Ilori's vision incorporated the stunning use of colour - the colors were layered like a rainbow that symbolizes "a message of hope and something to look forward to during these difficult times." 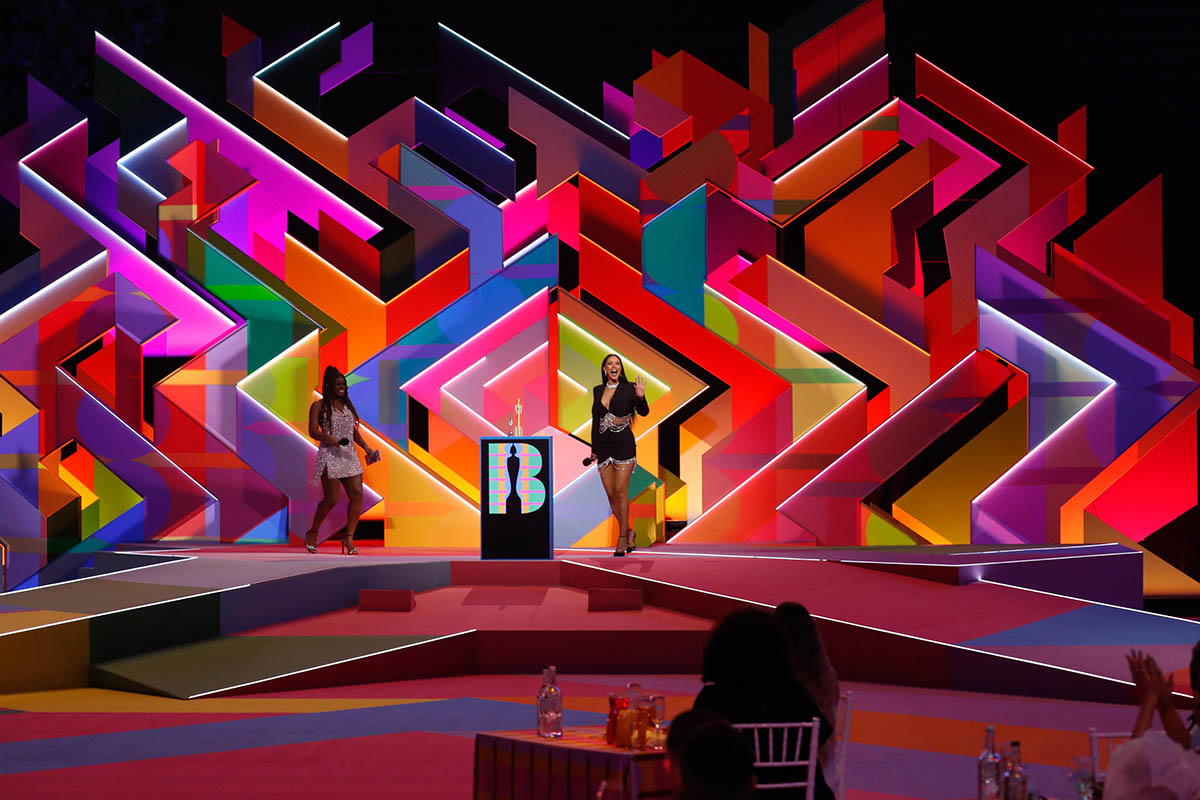 Having worked with the BRITs since 1998 on various builds, set and installation specialists Diagon returned as the team responsible for creating and building last night’s presenter stage.

The pieces for the backdrop were fabricated at their London studio, Diagon worked with Es Devlin to bring her extraordinary vision to life.

The 2021 BRITs mark the third time Diagon have worked with the British designer, with previous projects including Es Delvin’s 2016 ‘Mirror Maze’ and 2019’s ‘Memory Palace’ at Pitzhanger Manor. 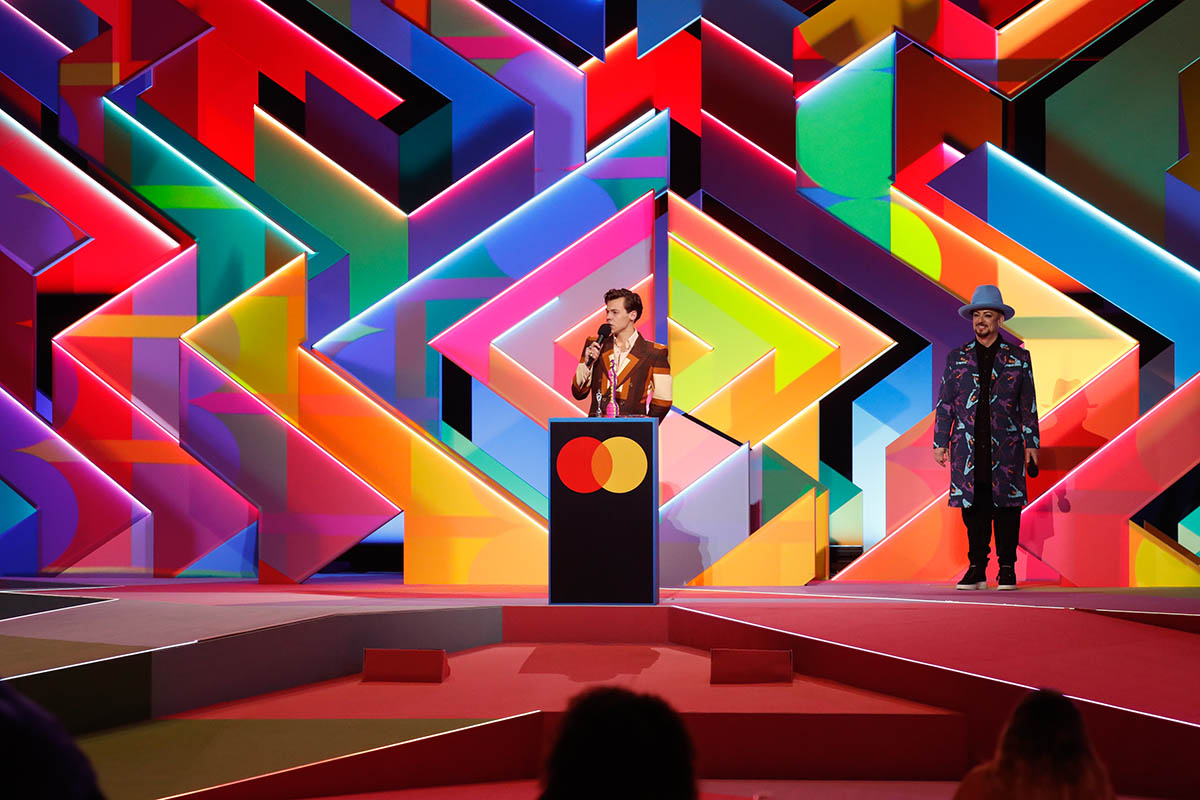 "The BRITs has always celebrated more than pop music - it has always been a meeting point between various aspects of pop culture: art, fashion, film and architecture as well as music," said Es Devlin.

"The overall spirit of the BRITs this year is characterised using Yinka’s stunning use of colour - which for me embodies hope, combined with my use of maze architecture which expresses the paths that many of those working within the creative industries have had to tread in order to progress through this challenging year: sometimes feeling lost en route." 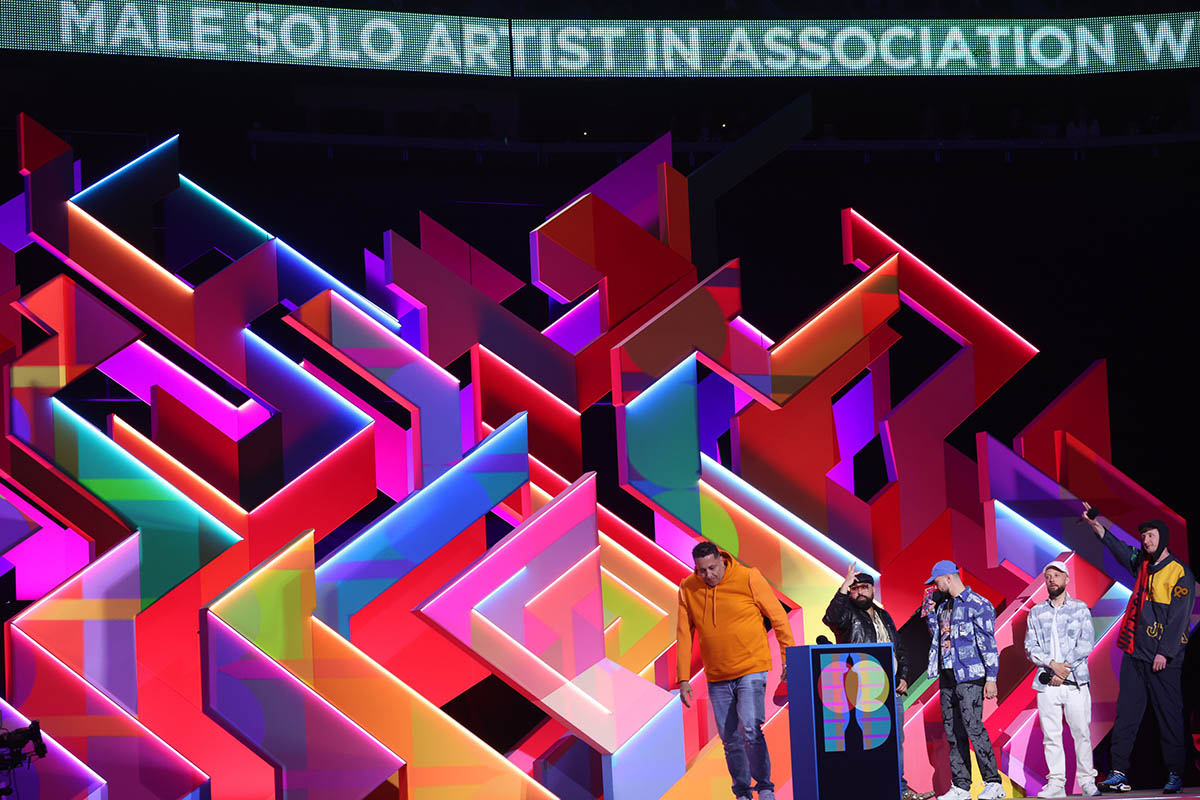 "It was great to be back working with the BRITs and to once again collaborate with the brilliant Es Devlin. It was a huge privilege to bring Es Delvin’s vision to life for the biggest night in UK music," said Liam Ownsworth from Diagon.

"Heralding the return of live music events, it was a special moment for everyone working within the creative industry, who have been especially hit hard by the pandemic," Ownsworth added. In addition to this year’s stage, Es Delvin and Yinka Ilori were previously unveiled as the designers behind this year’s BRIT award, marking the BRITs’ first collaborative double-trophy design.

In the spirit of giving something back, recipients of an award received two trophies, one for themselves and another to give to someone of their choosing.

Artist Es Devlin creates large-scale installations and stage sculptures that combine light, music and language in order to elicit emotional response and perspective shift in the minds of her audience.

Her latest large scale mirror maze, Forest of Us (2021),  forms part of the inaugural exhibition at SUPERBLUE Miami alongside new works by James Turrell and TeamLab.

Es Devlin also designed UK's Pavilion for Dubai Expo 2020. She is the artistic director of London Design Biennale which is planned to be held at Somerset House from 1 to 27 June, 2021.

> via The BRIT Awards