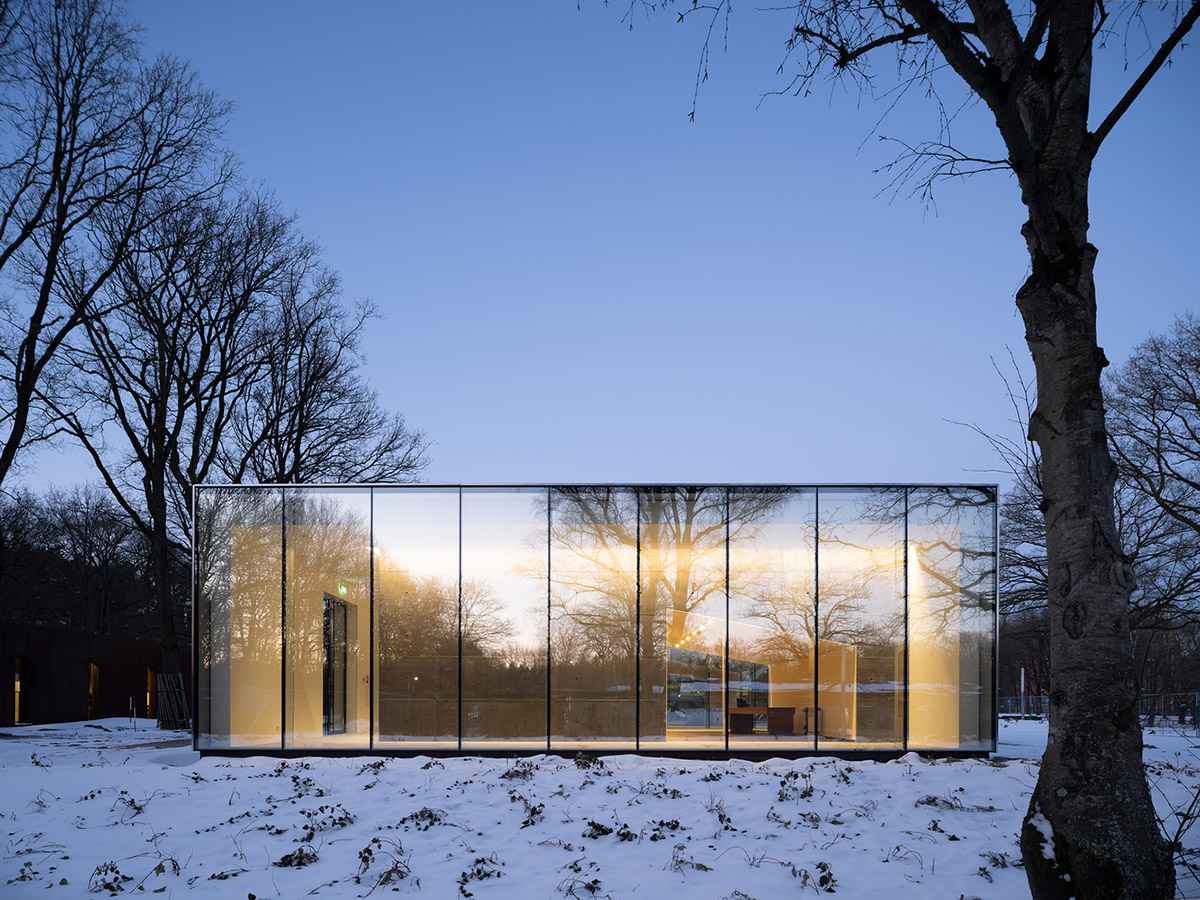 Amsterdam-based practice Inbo BV has redesigned a historic prisoner and transit camp site with reflective pavilion and underground museum in Leusden in the Netherlands.

The camp site was home for around 47,000 prisoners and was used as a transit camp, as the studio noted, the structure was held behind barbed wires for various durations of time during World War II. 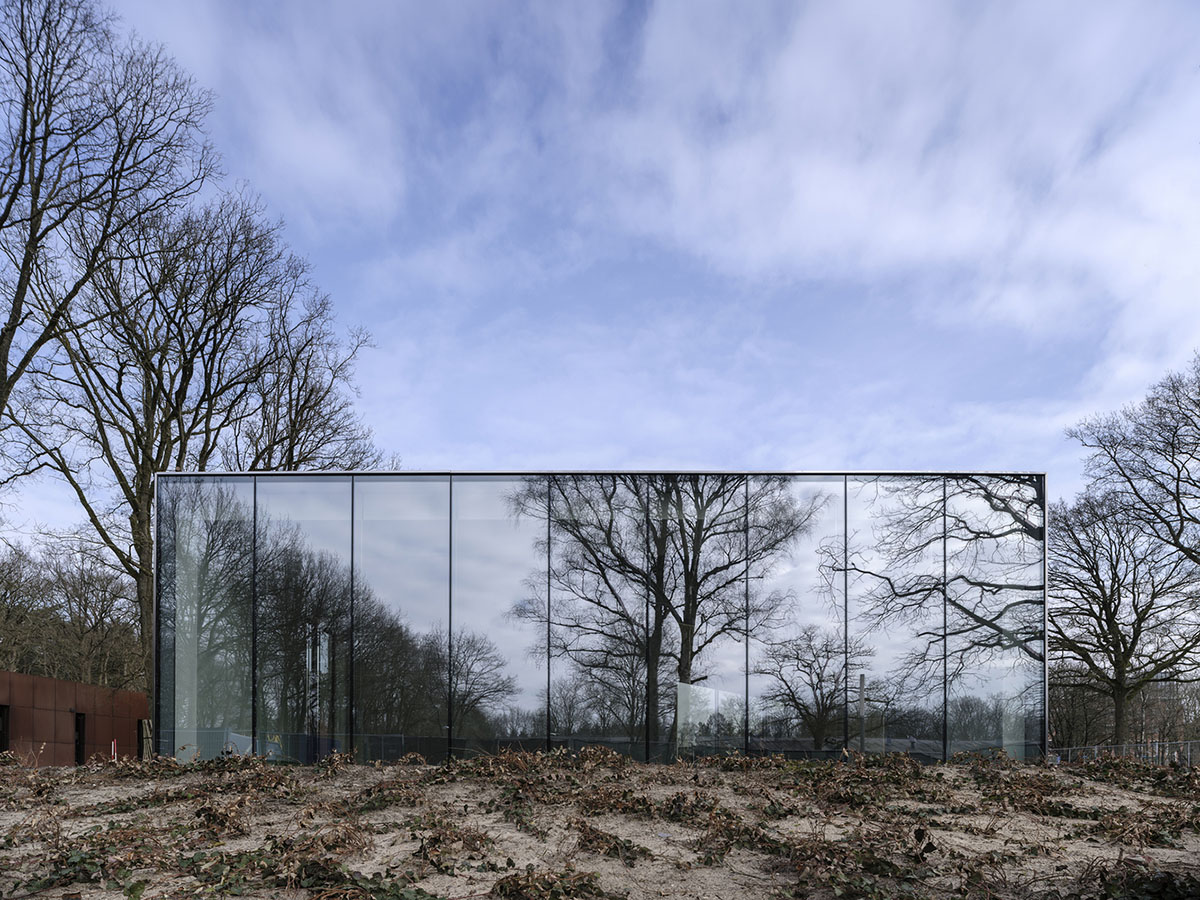 In 2005 Inbo BV Inbo was commissioned to design a museum to renew the structure at this site, as the camp became a place for remembrance.

"After a few decades, the museum needed a different presentation. After all, every new generation looks at the past differently," according to the studio.

In the project, the team focused on memories and remembrance by creating a continuous route within the museum in which its journey begins with a reflective pavilion. Visitors are welcomed with this existing pavilion where it is used as a shop and a hospitality venue. 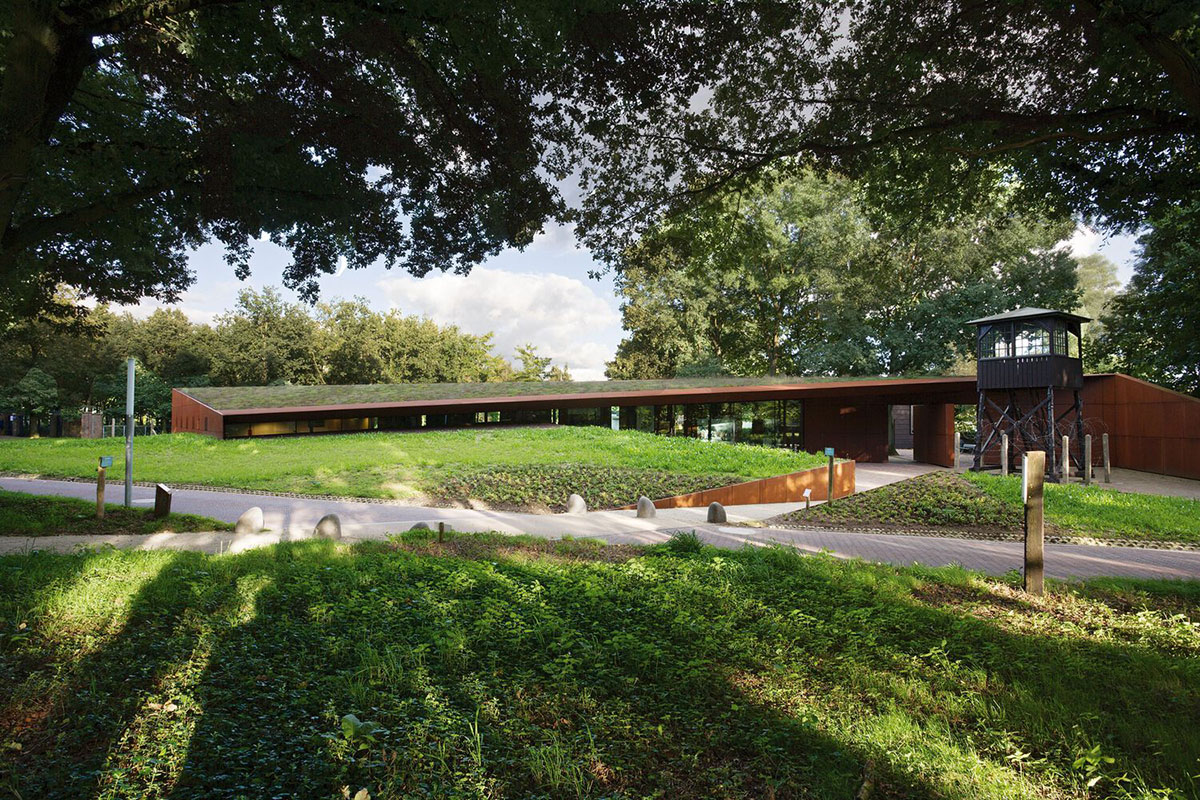 "We took a fresh look at this underexposed site, of which almost nothing original was left, and created an experienceable event. Part of the grounds of the Police Academy became available," said the studio.

"This meant we could start using the original entrance gate, one of the few remaining authentic elements of the camp. We connected the camp site to the forest." 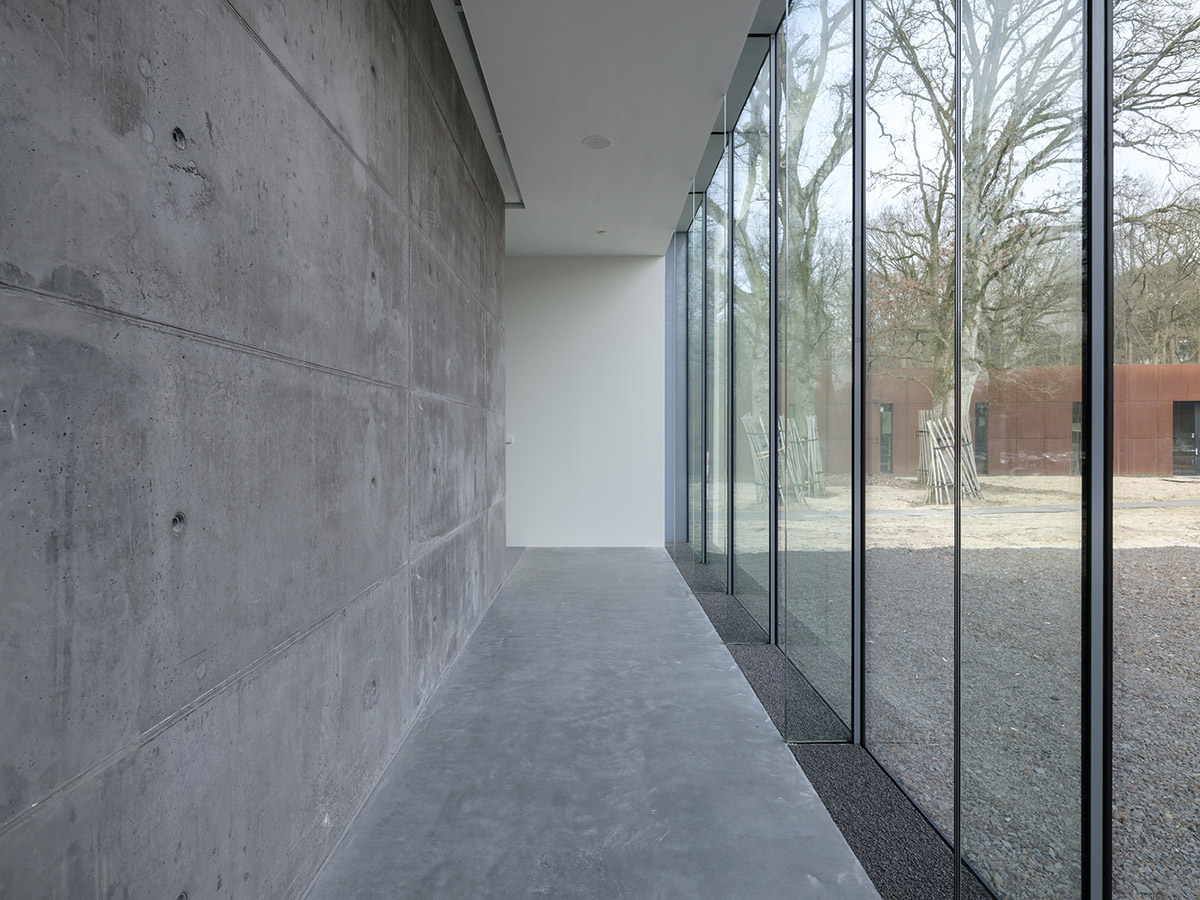 All other functions are embedded in the underground museum such as permanent and temporary exhibitions, multimedia room, reflection space and movie theater.

Since none of the original buildings were preserved, the studio aimed to create a design that centres on the experience of emptiness and detachment. The studio mapped out a route through the empty exterior space to the new, underground museum and, via the existing pavilion, to the forest where the execution site is located.

"This route from light to dark and then back to light once more represents the experience. Almost nothing of the original site remains, so we had to rely on recreating the feeling of isolation, loneliness and terror by other means," continued the studio. 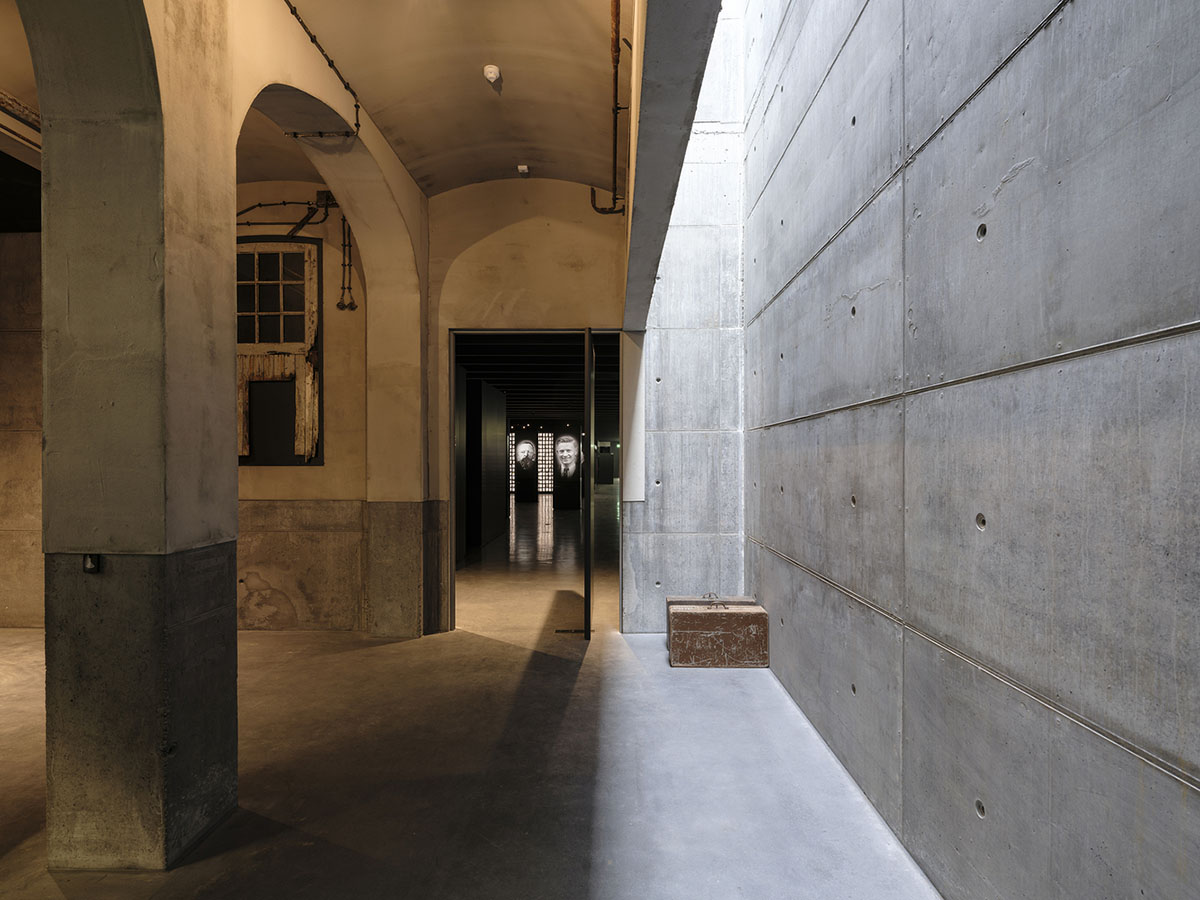 The main theme is based on "the route", it offers a transition from the outside world, through a succession of gates and stairs. "Visitors leaving the museum follow the route up the stairs," as the team explained.

"There, they face a direct view of the shooting range with at its extreme end monument ‘The Stone Man’ designed by Frits Sieger (1953). The architecture and the used materials enhance the experience. The black colour of the interior reinforces the transition from light to dark. The theme of the pavilion is ‘reflection’," they added. 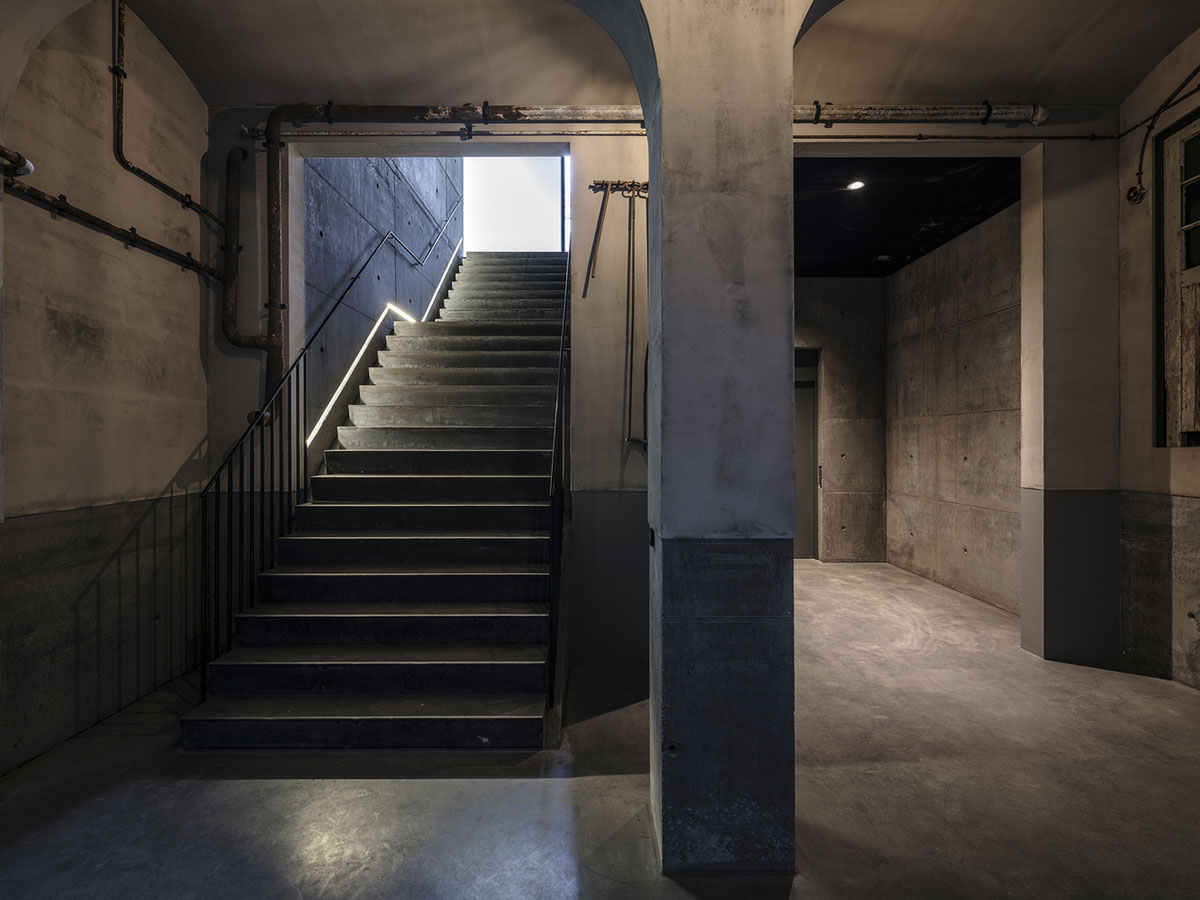 As a starting point of the journey, visitors first see the pavilion and are confronted with their own reflection. The poem by Armando at the entrance of the pavilion also hints at reflection.

"The new roll call area is surrounded by a fence made of Corten steel lamellas which enforce the impression of being isolated from the outside world," the studio detailed.

"A new open space with concrete footprints symbolizes the roll call area. Every concentration camp had such a central point at which people had to stand at attention for long periods of time up to three times a day." 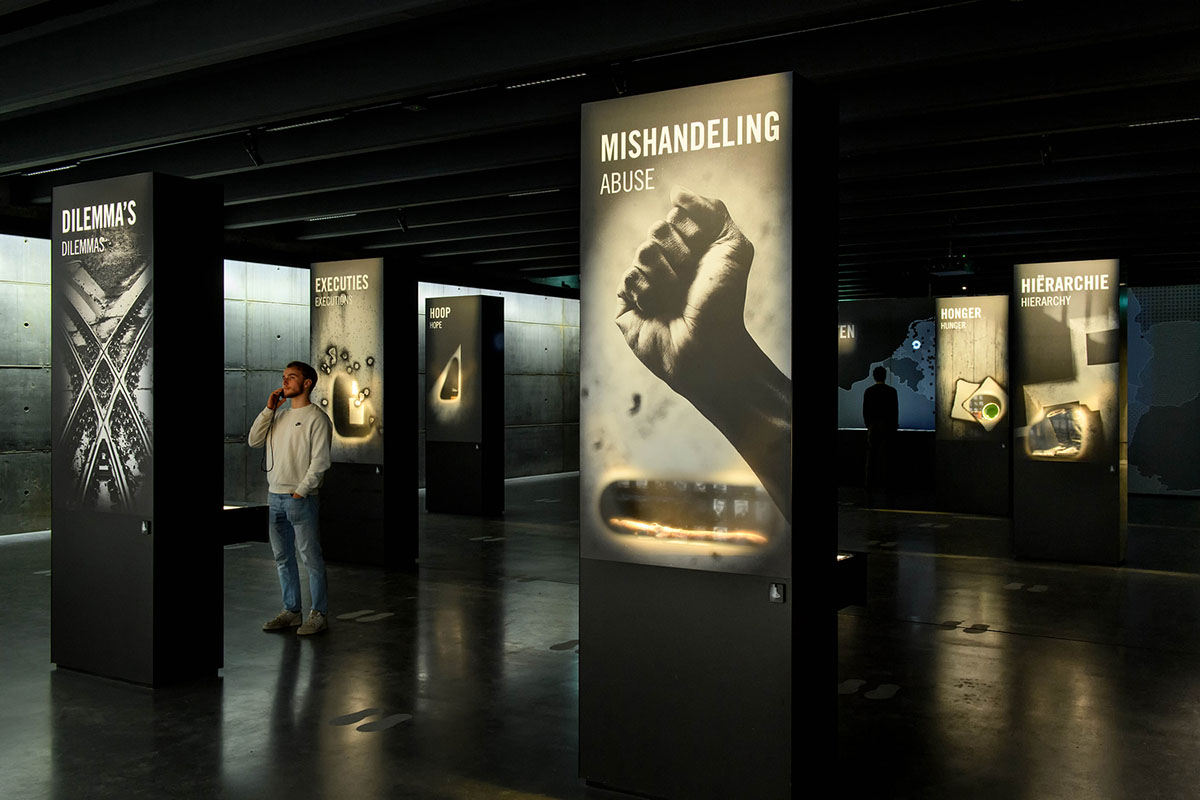 The studio marked the perimeter of the vacant space by 4.5 meter high corten steel fence slats. The team redesigned the former ‘rose garden’, the fenced-off area used to punish people. 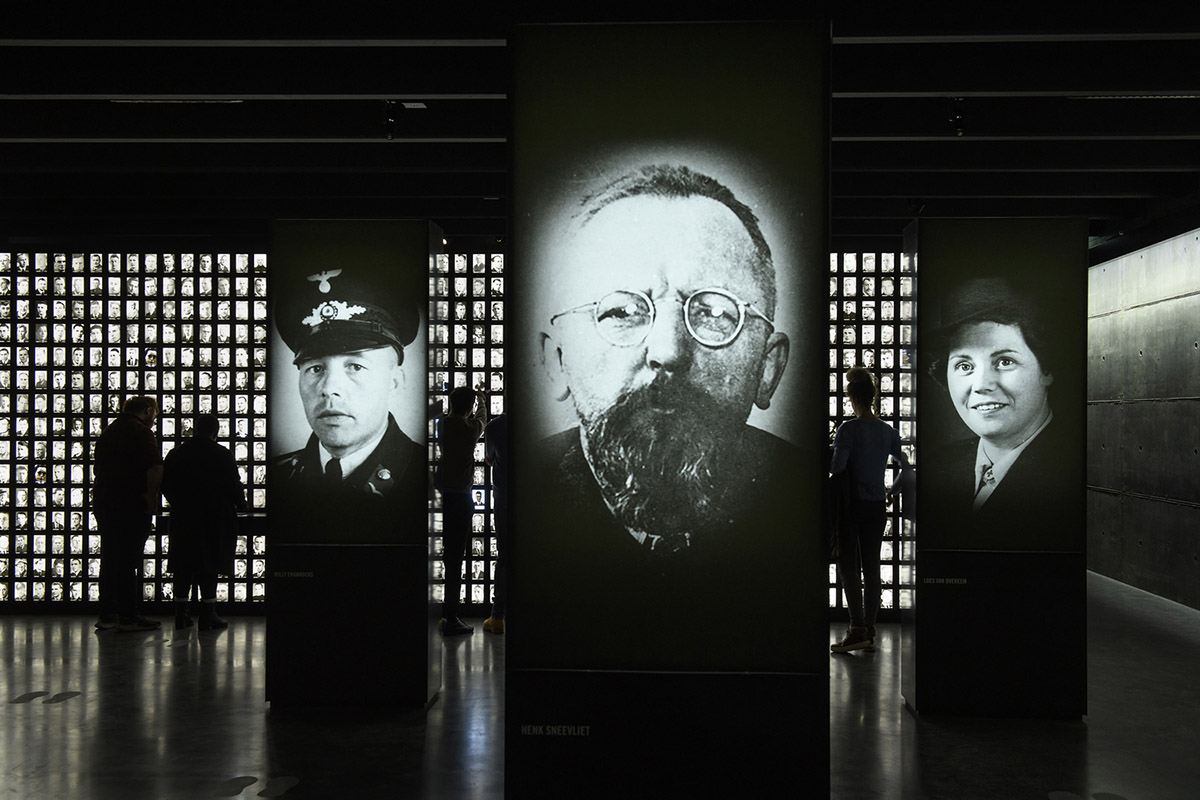 They also built a model of the original camp. They moved the surviving murals back into their original location. Within the complex, there is also a partially reconstructed cellar leading visitors to the underground wing - encompassing a total of 1,126-square-metre area.

This wing houses the permanent collection and a temporary exhibition. 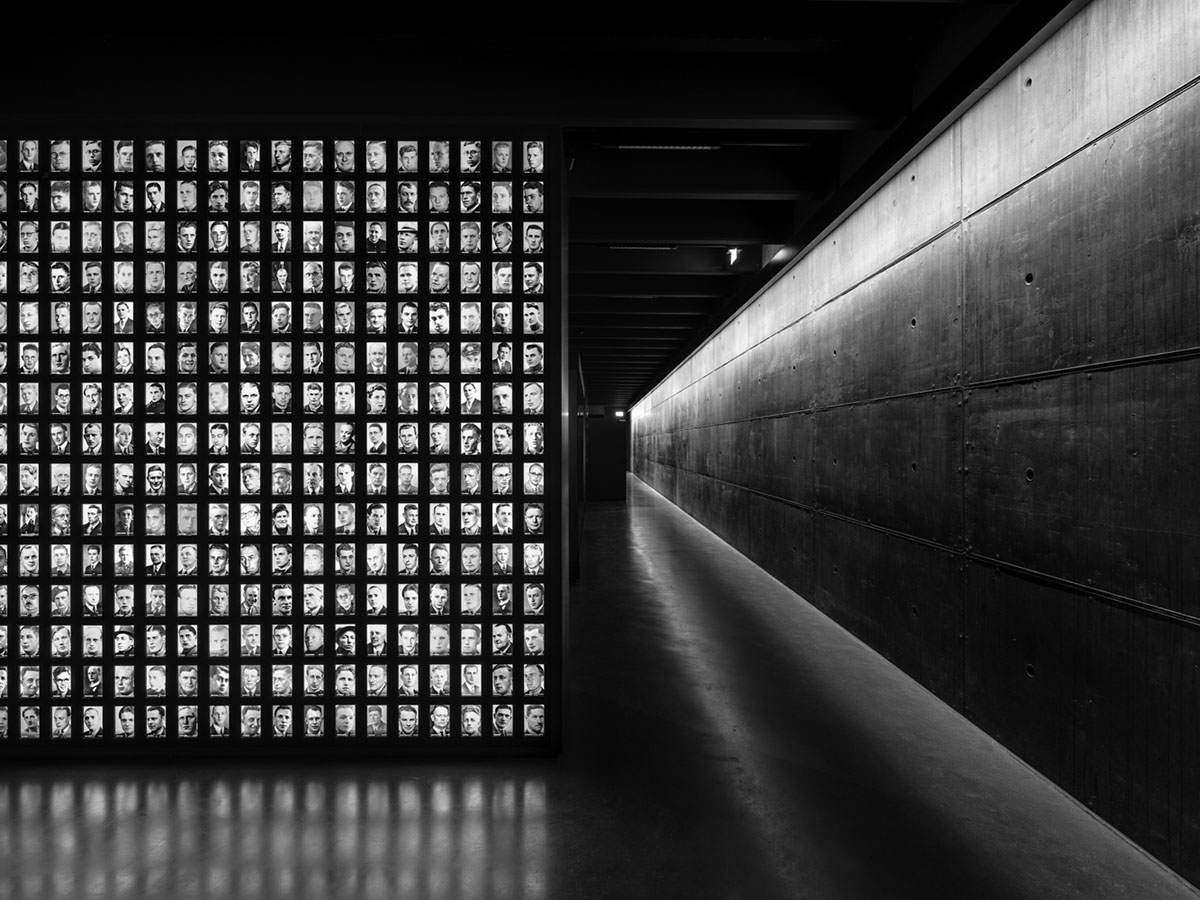 The museum contains a plenty of room for education. "Current themes are used to address universal issues of right and wrong, bias and so on. For one thing, this section shows that discrimination is of all time, not only of WWII," said the studio.

At a later stage the forested area will be laid out in accordance with its original purpose as a production forest, as the team highlighted. 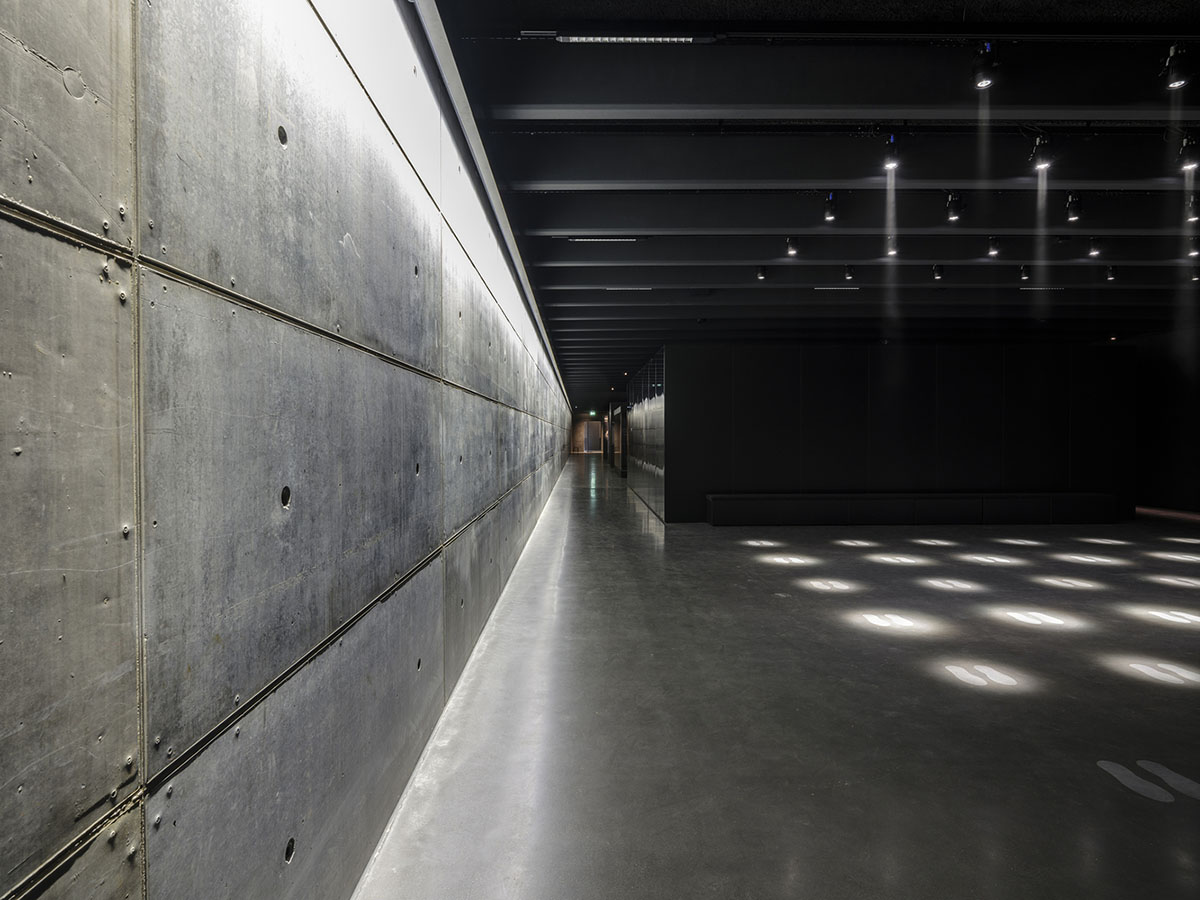 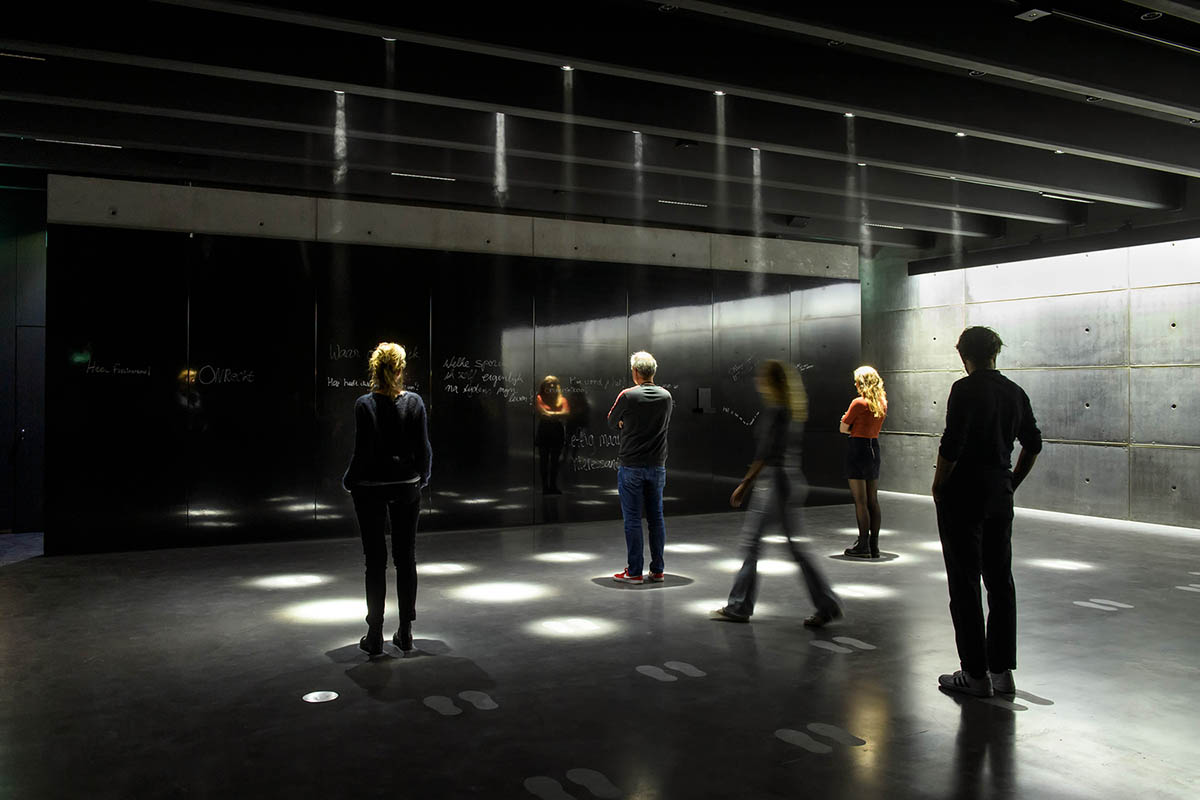 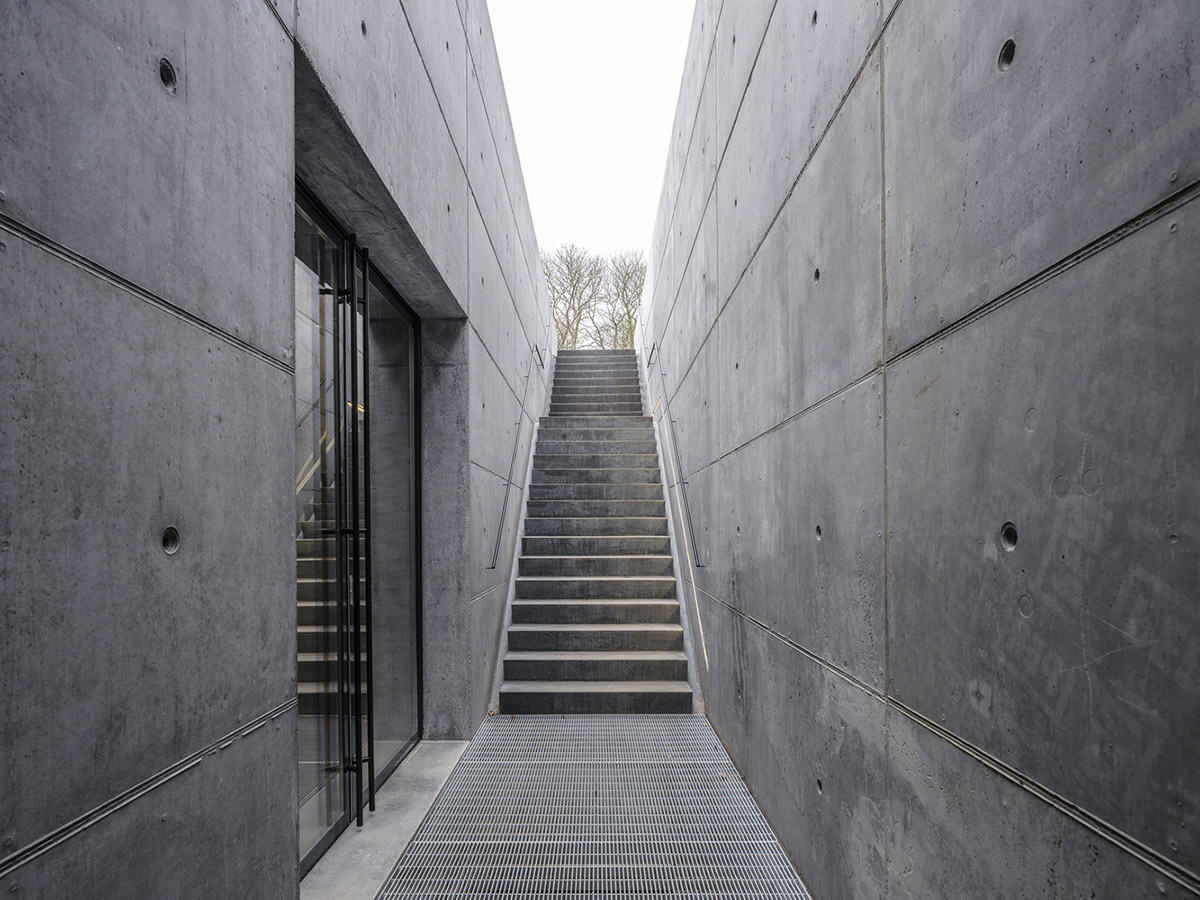 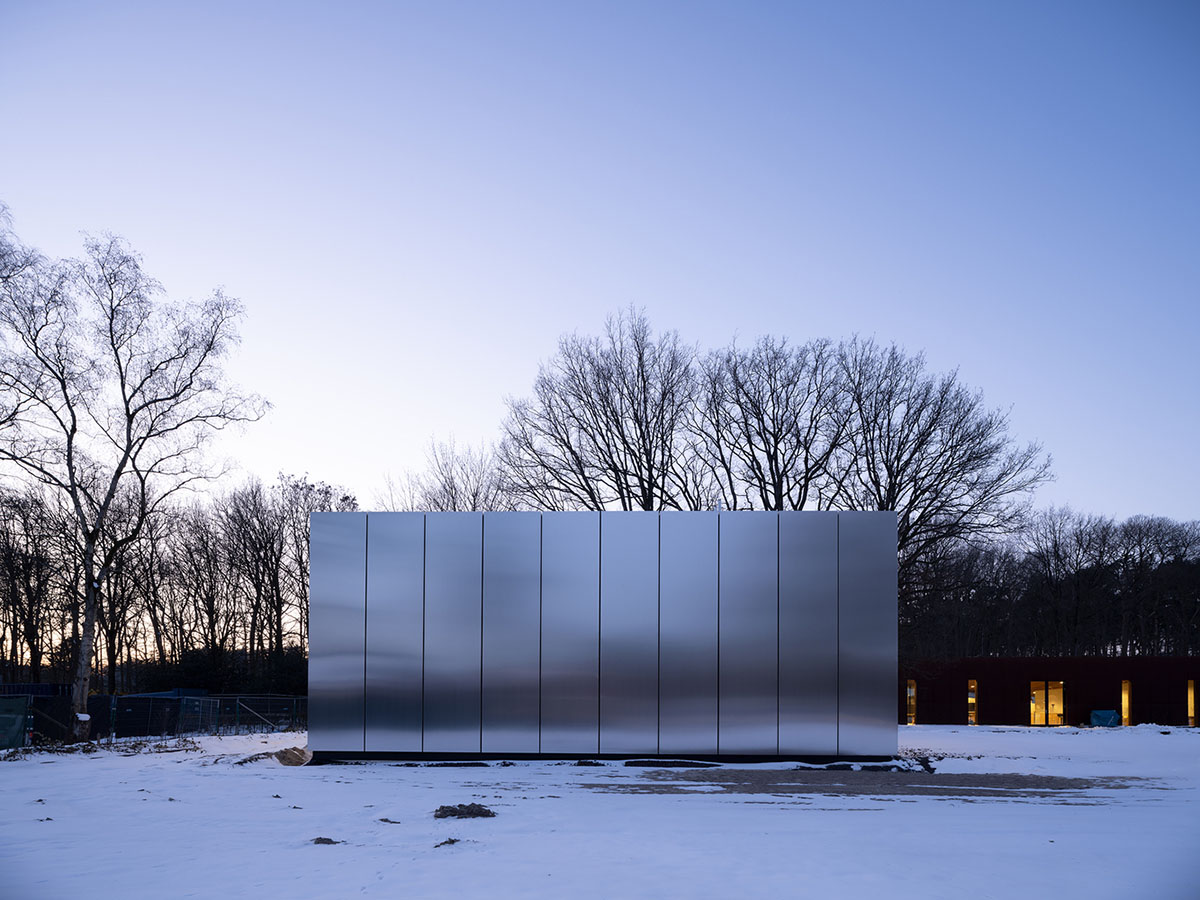 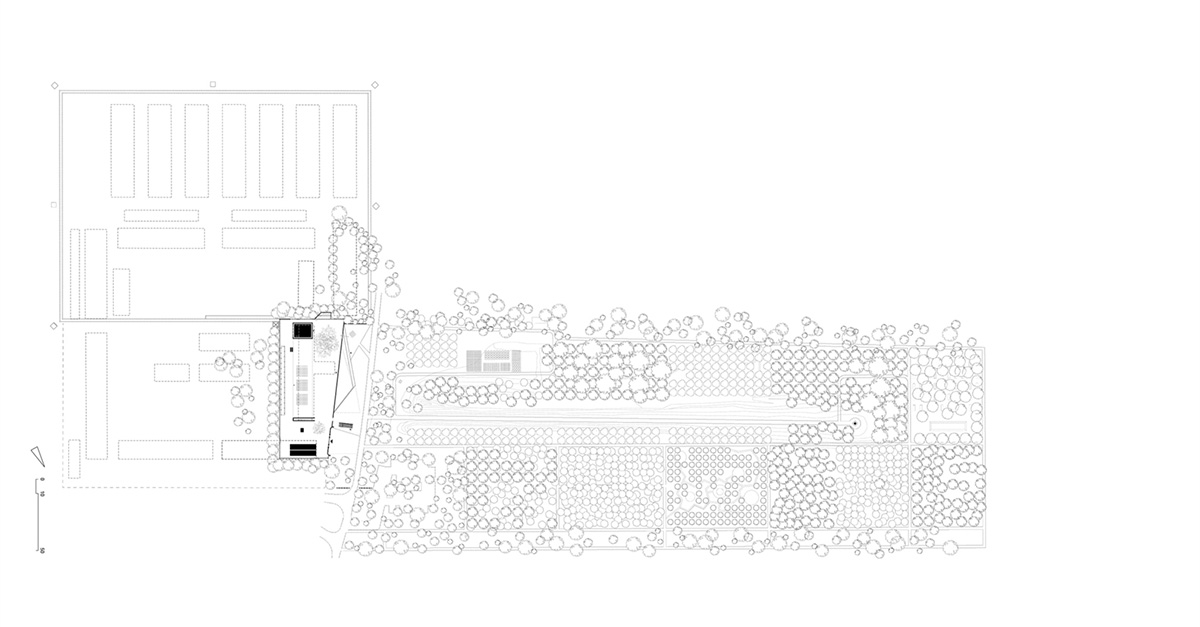 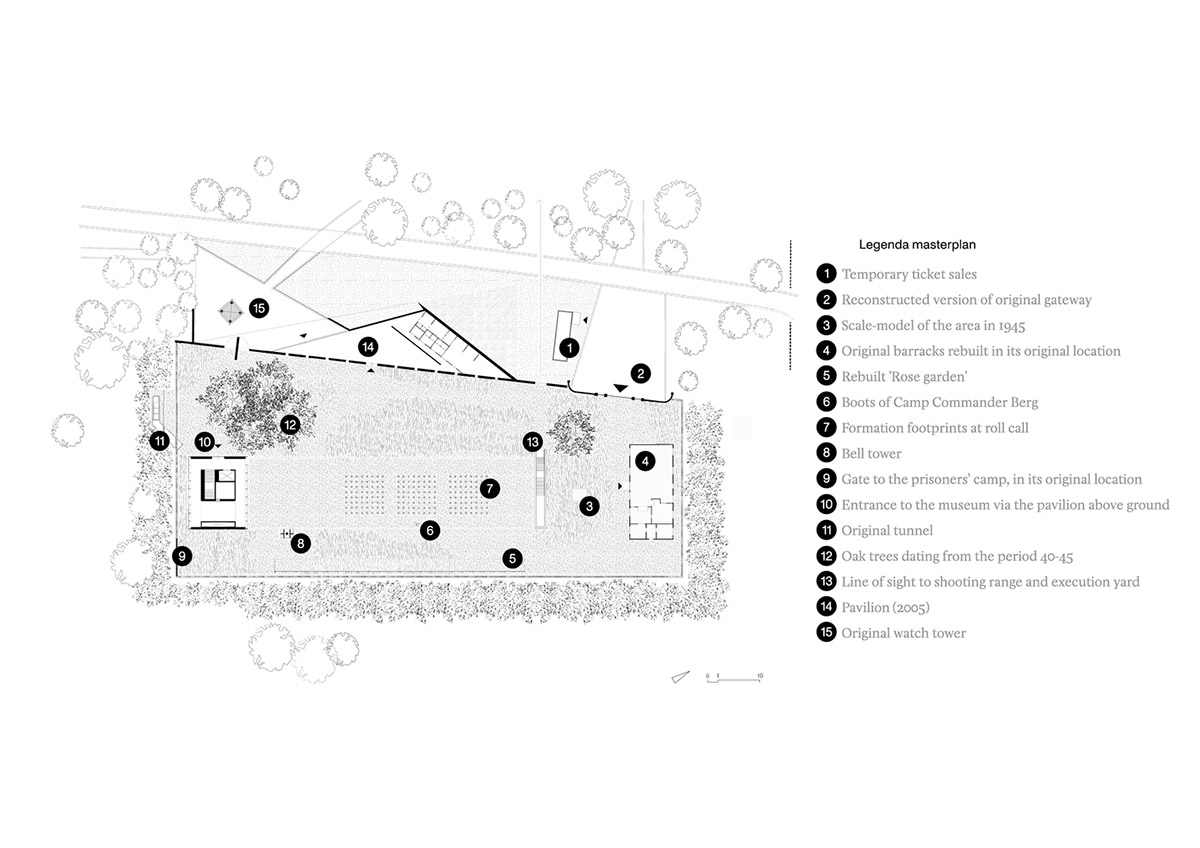 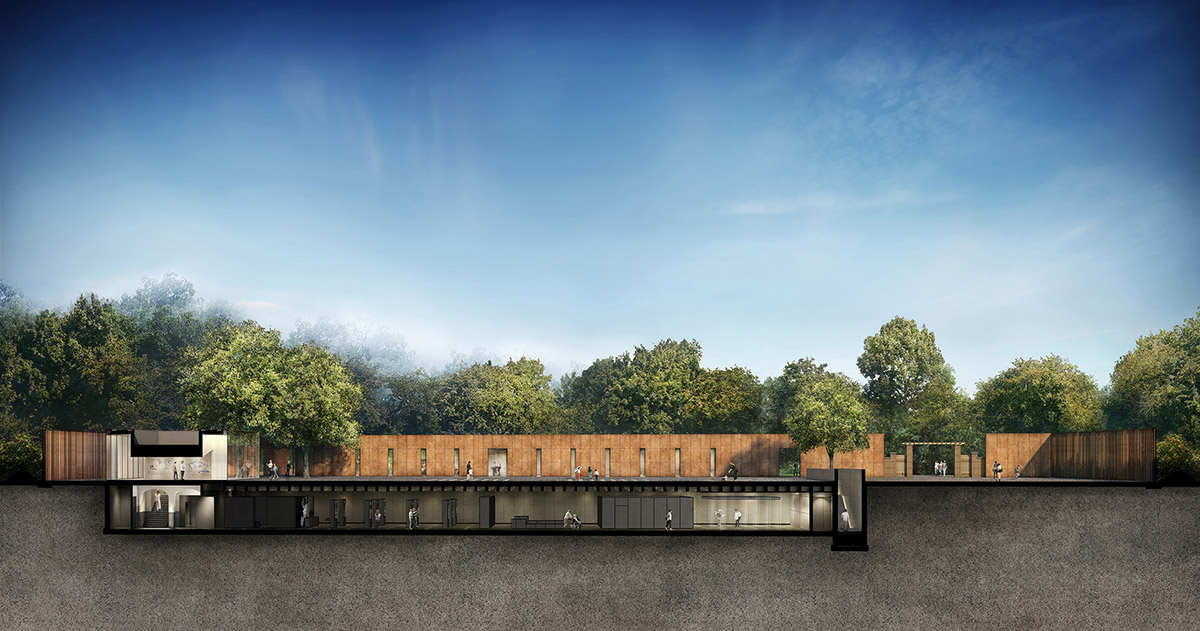 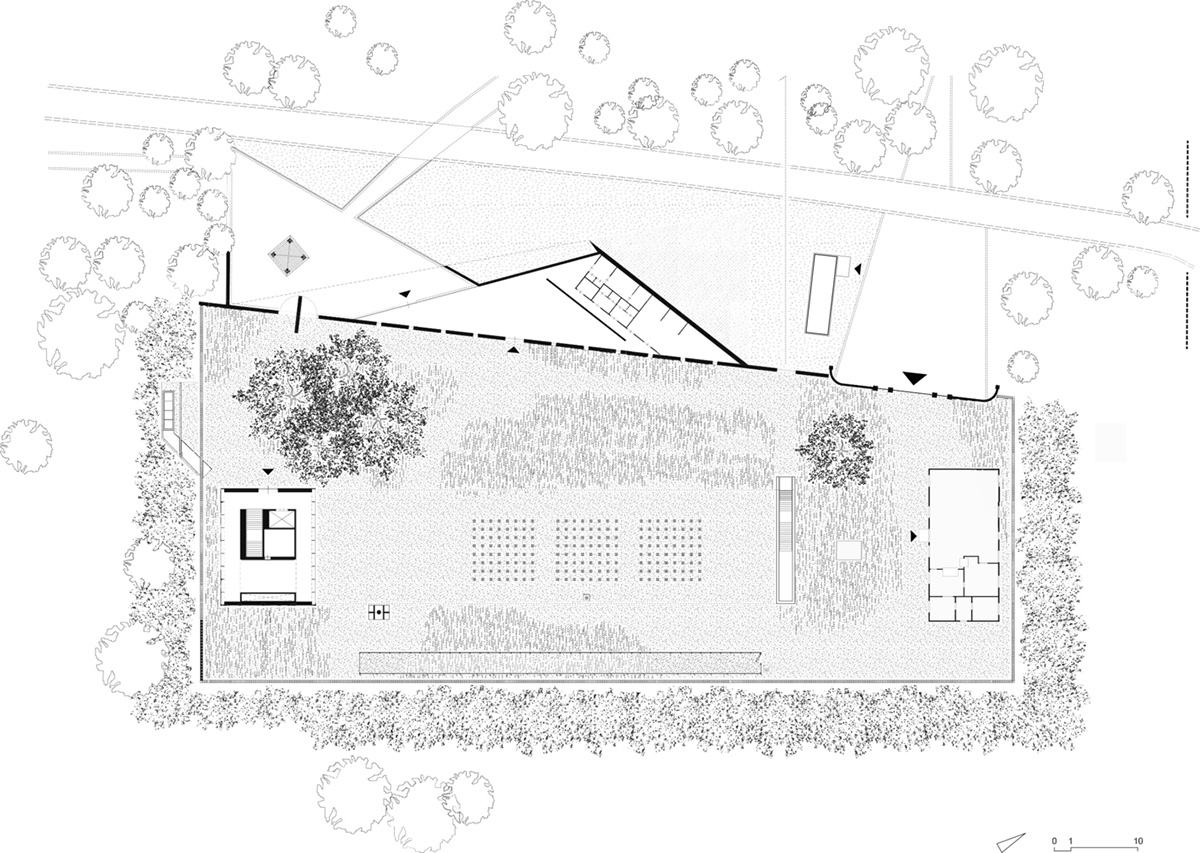 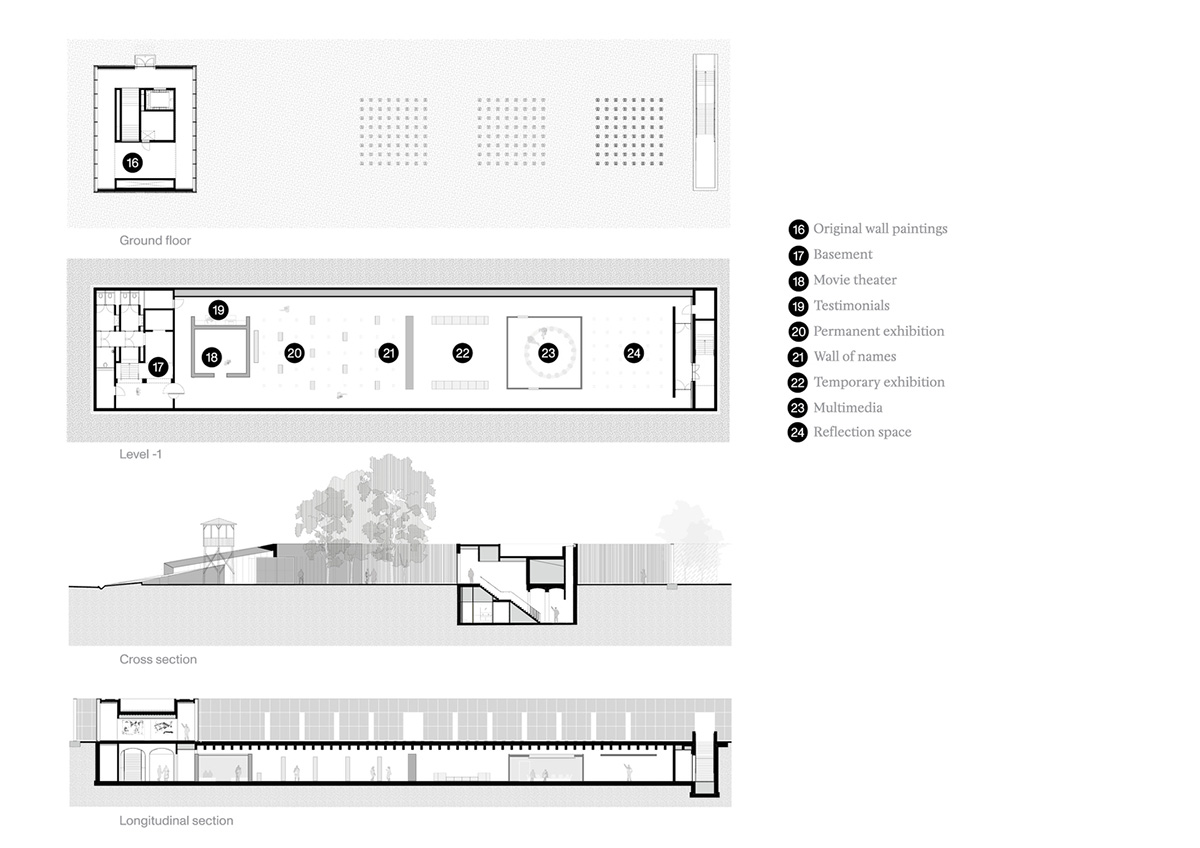