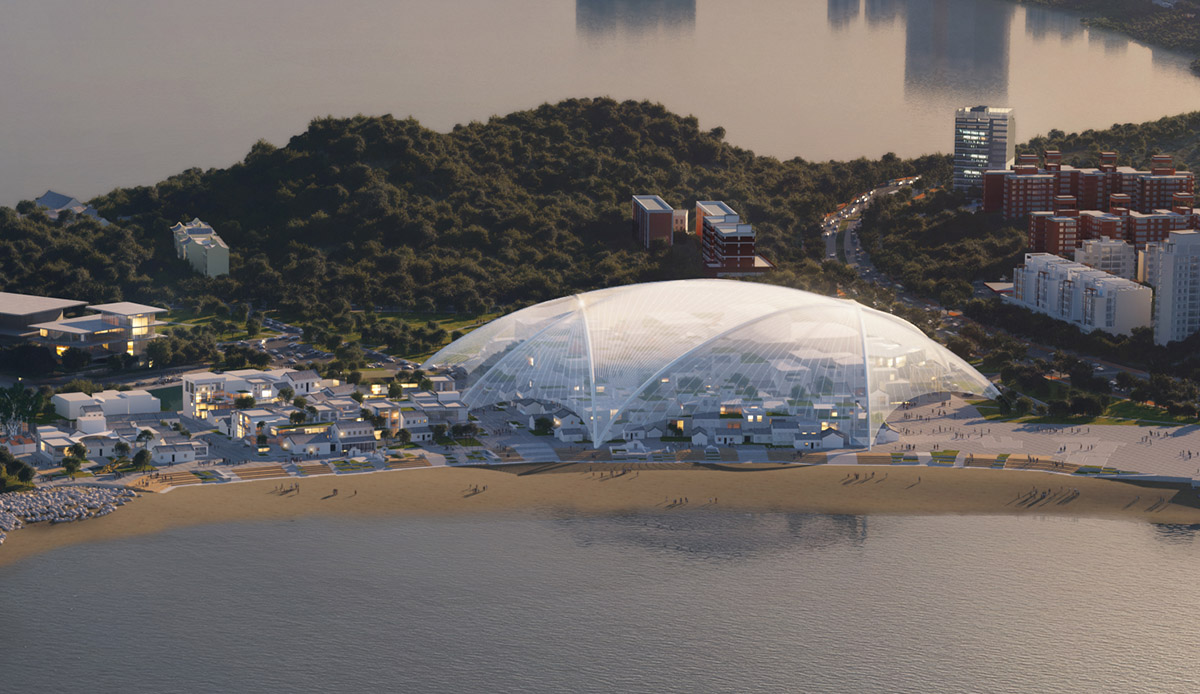 MAD has unveiled design for the Zhuhai Cultural Arts Center in China, which comprises the urban renewal for this historic Yinkeng Village dates back to the Northern Song Dynasty; a centuries-old village formed naturally by the sea. The village is situated within China’s Pearl River Delta.

As MAD explains, in 2018, the Zhuhai municipal government began the demolition and relocation of Yinkeng Village, making way for a planned municipal cultural and art center.

In response to the project brief, MAD intended to keep the character of the village with memories and all traces and designed a large, translucent floating dome that collects all new functions under the same dome. 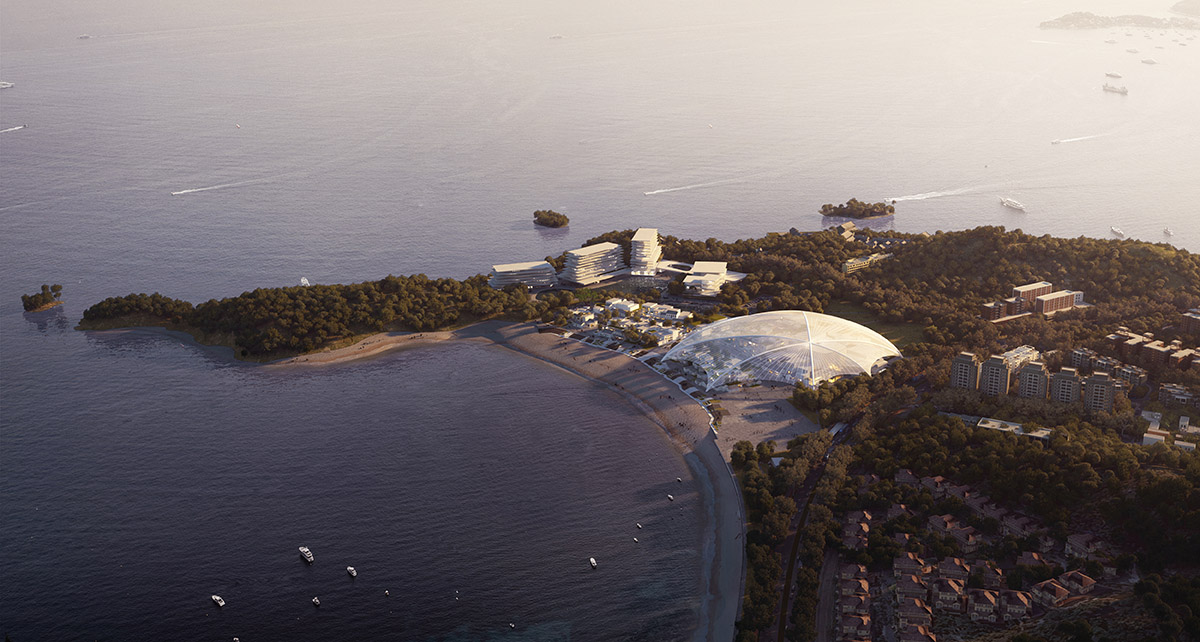 In the first stages of the design process, the studio began by conducting historical research and fieldwork of the area. However, as the architects stated, when the competition began, the entire village had almost been demolished.

"Through the narrow lanes, there remains traces of history in the ruins. These include door plaques dating from the last century, plants in front of houses, and an ancient banyan tree with over 500 years of history at the edge of the village, under which the ‘God of Land’ was once worshipped," said MAD.

"These poignant details carry the marks of people's lives in Yinkeng until the moment the village was torn down, embodying a strong sense of emotion and memory."

"During this time, some families had still not moved out. One old man said that his family had lived here for generations and would not leave, no matter what," the studio added. 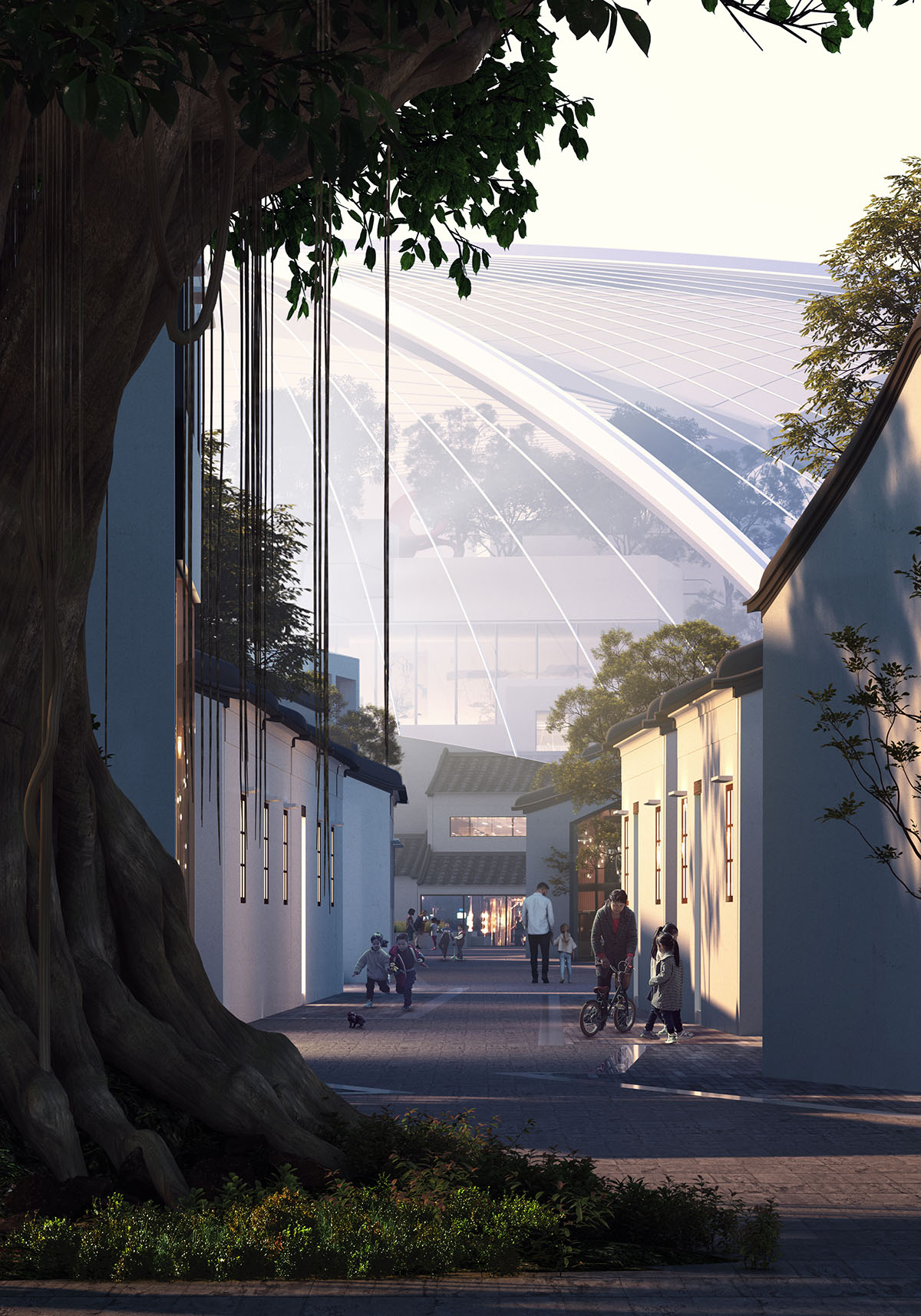 Instead of demolishing and loosing the village's memory, MAD proposed a unique solution in the competition. Rather, the studio adopted a conservation and renewal approach that transforms the role and function of the original site, but also respects the history of the village, and the emotional aspirations of the people who once lived there.

"Rather than overlay a large new building on the ruins, MAD chose to respect and keep the original layout of Yinkeng Village," the architects continued.

By following a meticulous research, bold imagination, and precise updates, the new design scheme "is one that will restore the public life of local villagers who gathered here for hundreds of years, while also "protecting" it with a large dome."

MAD's proposal celebrates daily life within the old village and amplifies the community atmosphere of its people.

Rather than flaunt the “muscle” or “power” of new urban economic development, the scheme seeks to reflect the true civic and humanistic sentiments that have naturally developed over time.

With this proposal, the studio aims to "create a civic center that can be truly human-oriented, and although low in profile, be more iconic, contemporary, and pioneering in spirit." 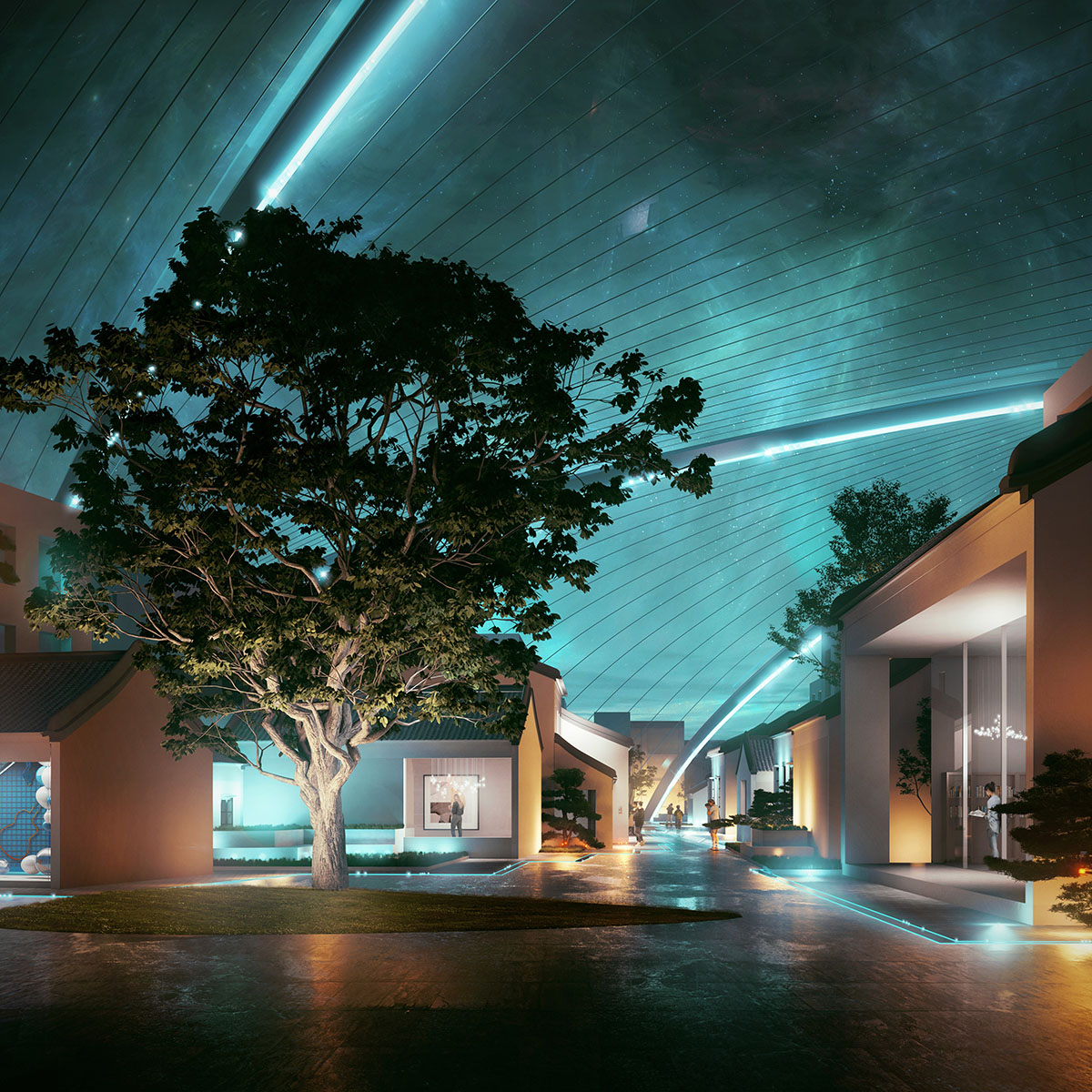 "Urban renewal in China, especially in historic districts, should be preserved, revived, and re-created, instead of being completely wiped out and rebuilt over," said Ma Yansong, founder of MAD.

The design is composed of multiple large volumes and complex functional requirements for the cultural arts center, all they are reorganized and arranged to fit the original village streets, topography and layout, and recreated in the form of scattered, small-scale, block-like buildings.

According to MAD, "this approach intends to create a sense of community based on the existing protective ruins." Based on this setting, the studio has designed a floating dome that gathers small-scale spaces with a sense of stacking. 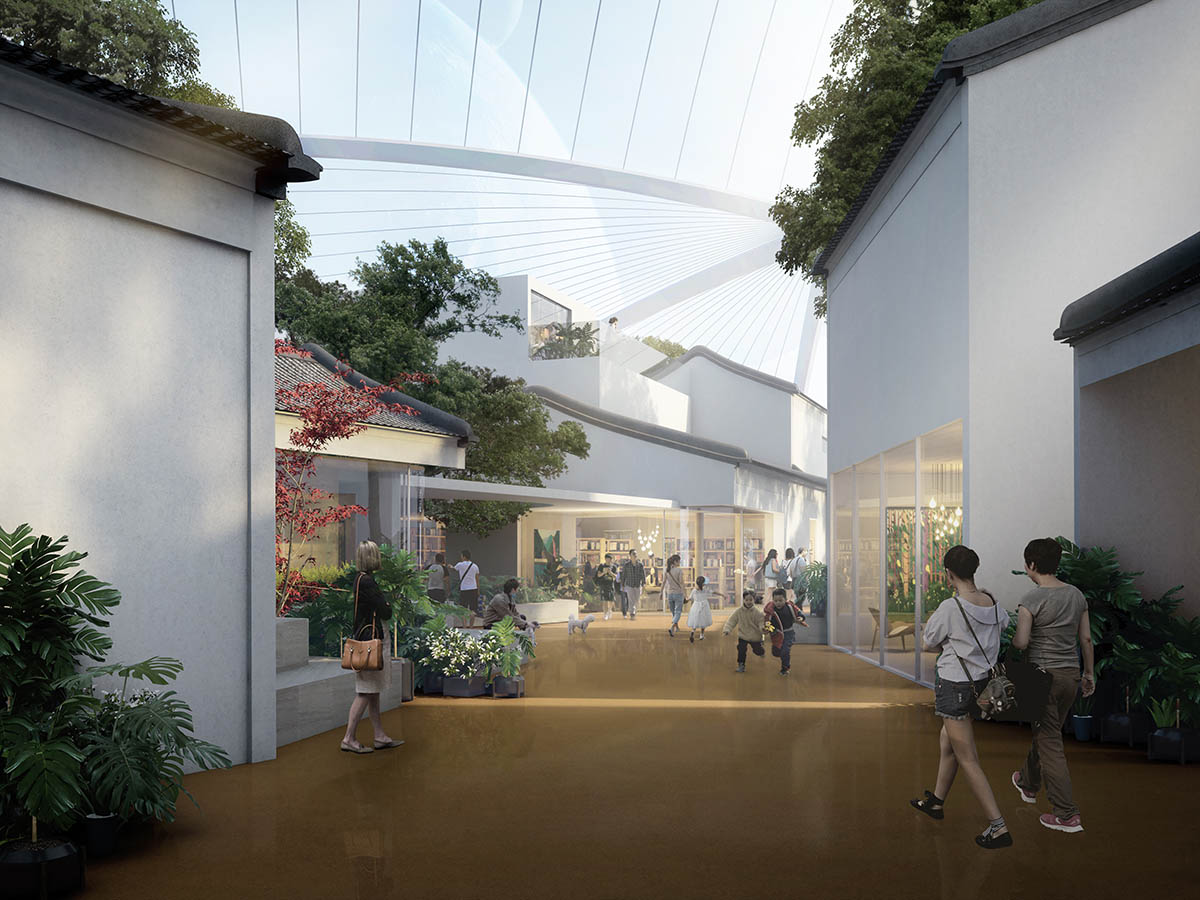 Throughout the center, visitors approach different functional areas along the original road network of Yinkeng Village, where the elaborate landscape design transforms the streets themselves into a new visiting experience.

The overall planning and design are also a combination of old and new, with the village's original plaza, green space, pond, and the iconic ancient banyan tree all preserved.

Underneath the tree, the outdoor plaza has been redesigned to echo the reverence for nature that has always been present in the Southern Guangdong region. 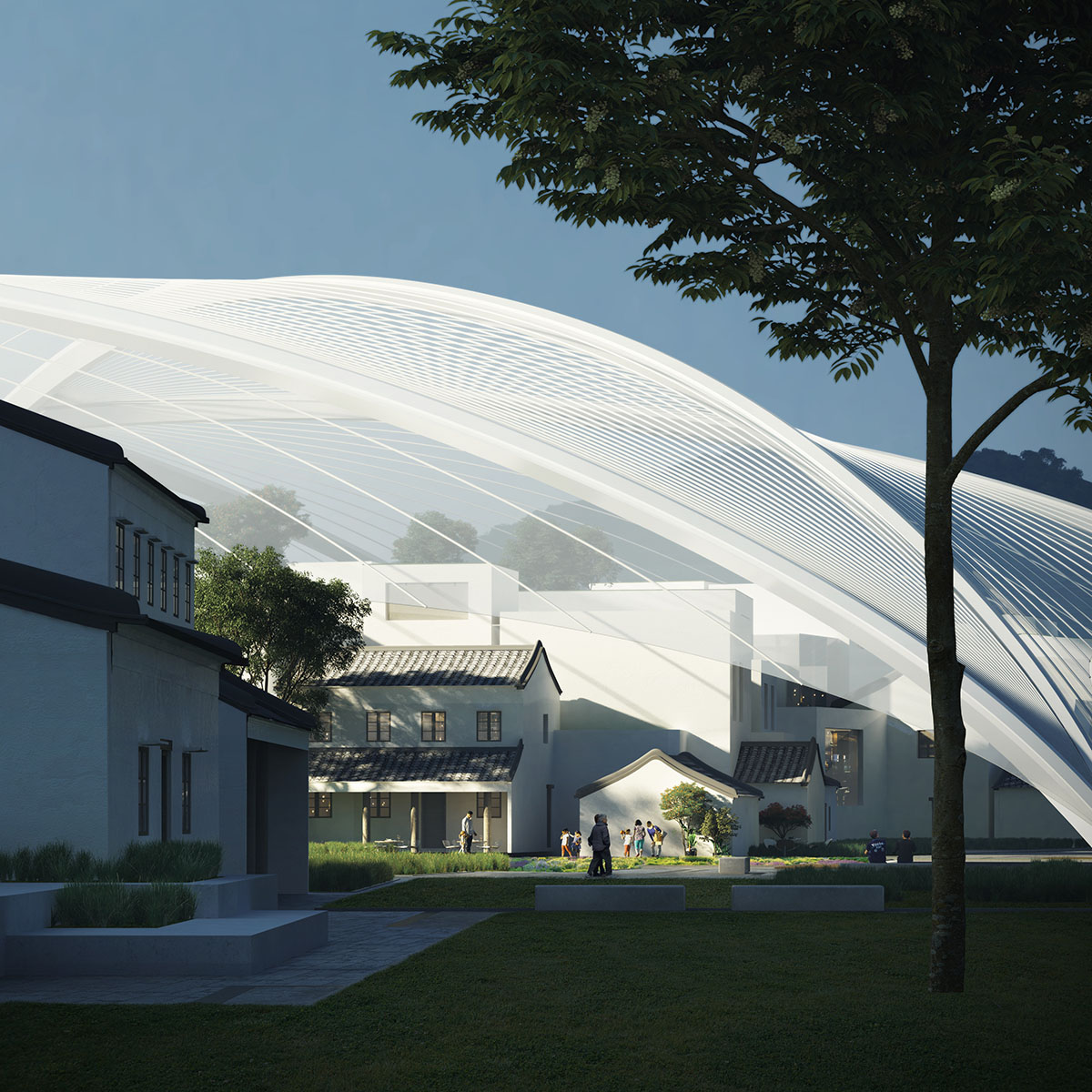 A surreal "floating" dome is created in dialogue with the small-scale street layout and the dome unites the entire cultural center as a symbol of preservation and renewal.

The height of the dome reaches a maximum height of 45 meters, while it is formed of a main arch and cable membrane structure to ensure its stability; its symbolic meaning is also about protecting the past while imagining the future.

While the dome’s primary structure is rooted to the ground, the membrane remains open towards the base, allowing people to enter from all directions. In addition, the roof is equipped with an openable feature for further flexibility.

The dome is composed of a translucent membrane material, appearing almost as a layer of mist floating above the village, blending with the sky to blur reality with imagination. 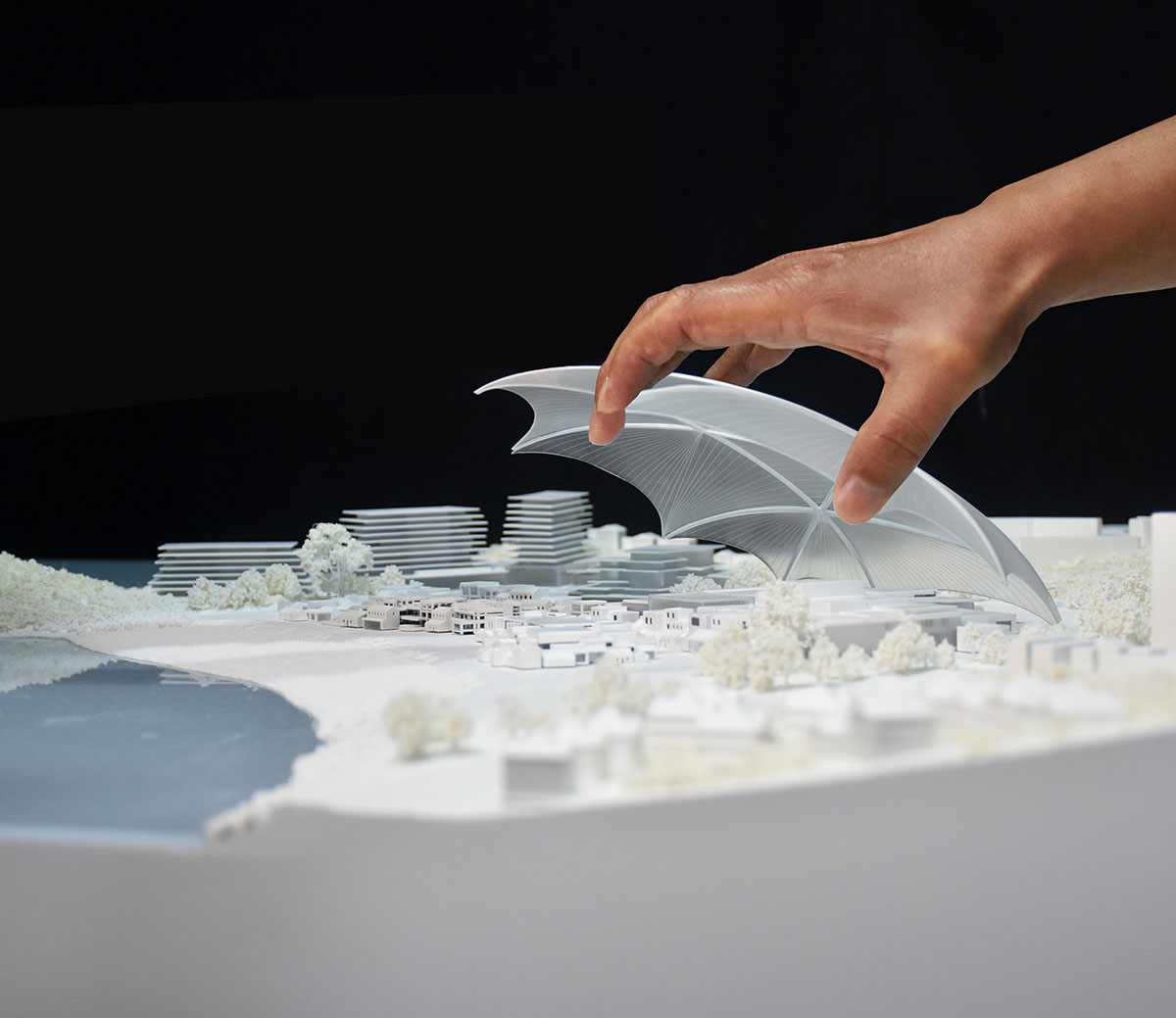 At the same time, the dome is envisioned according to sustainable design principles with energy-saving features.

The project takes account of the local climate and ecological environment of Zhuhai, and follows the principle of "generating resources while reducing expenses.”

As the architects detailed, "the scheme makes full use of renewable energy, with the proportion of use between efficient systems and equipment in municipal infrastructure reaching 80 per cent." 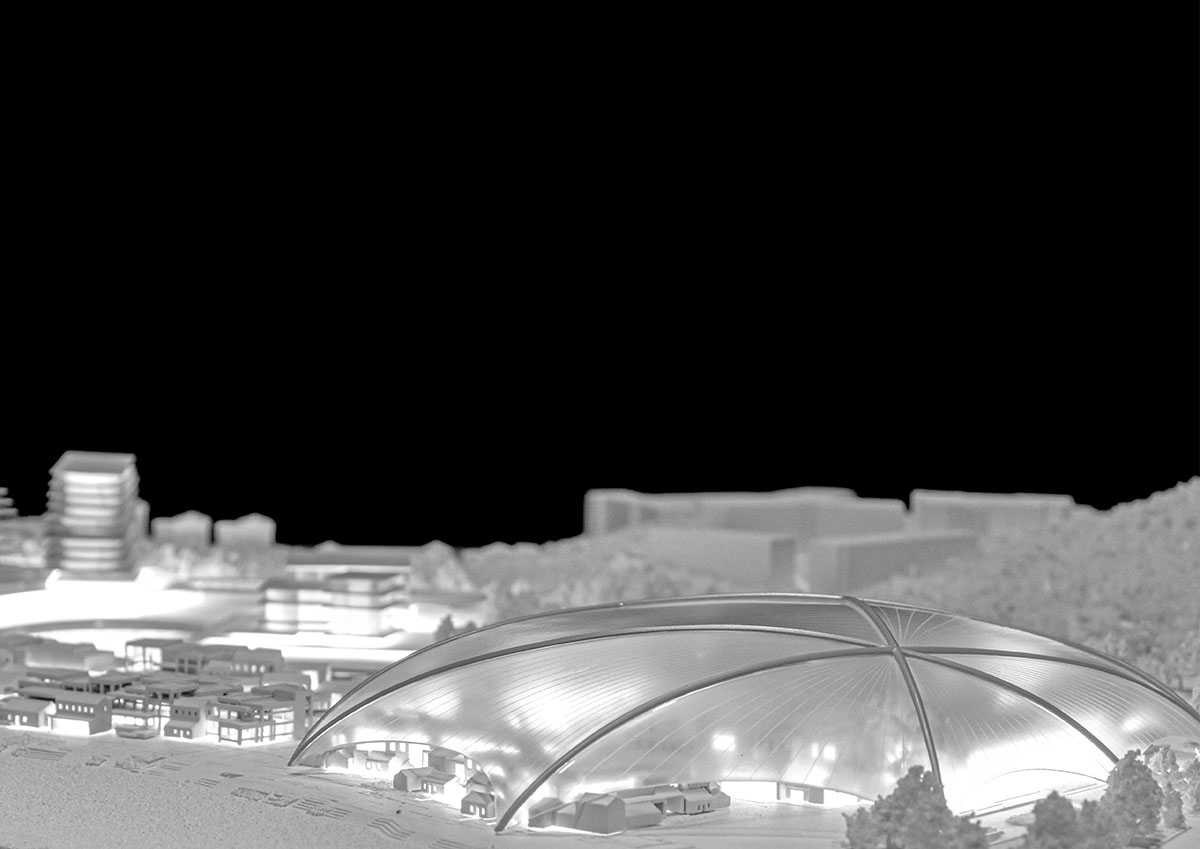 MAD stated that "architecture is closely linked to human behaviour; it carries emotions and memories. Without "people", there can be no continuation of culture and civilization."

"Architecture should not convey cultural values that lack human feelings or a respect for history. Massive demolition and construction risks erasing historical traces, replacing it with vast squares, and buildings without roots or soul. We should focus our attention back on history, and the extension of our existing cultures."

"We must avoid the cultural fault lines, so that people, nature, the past, and the future can coexist in a harmonious world," the firm added. 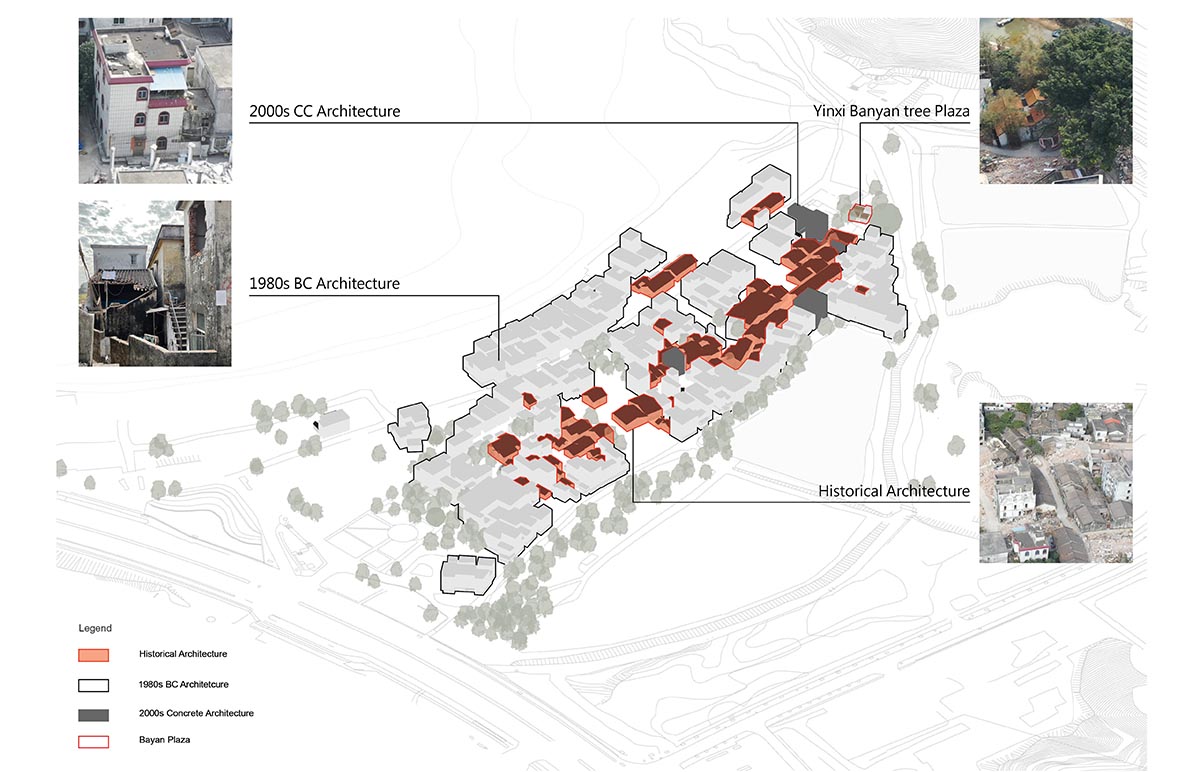 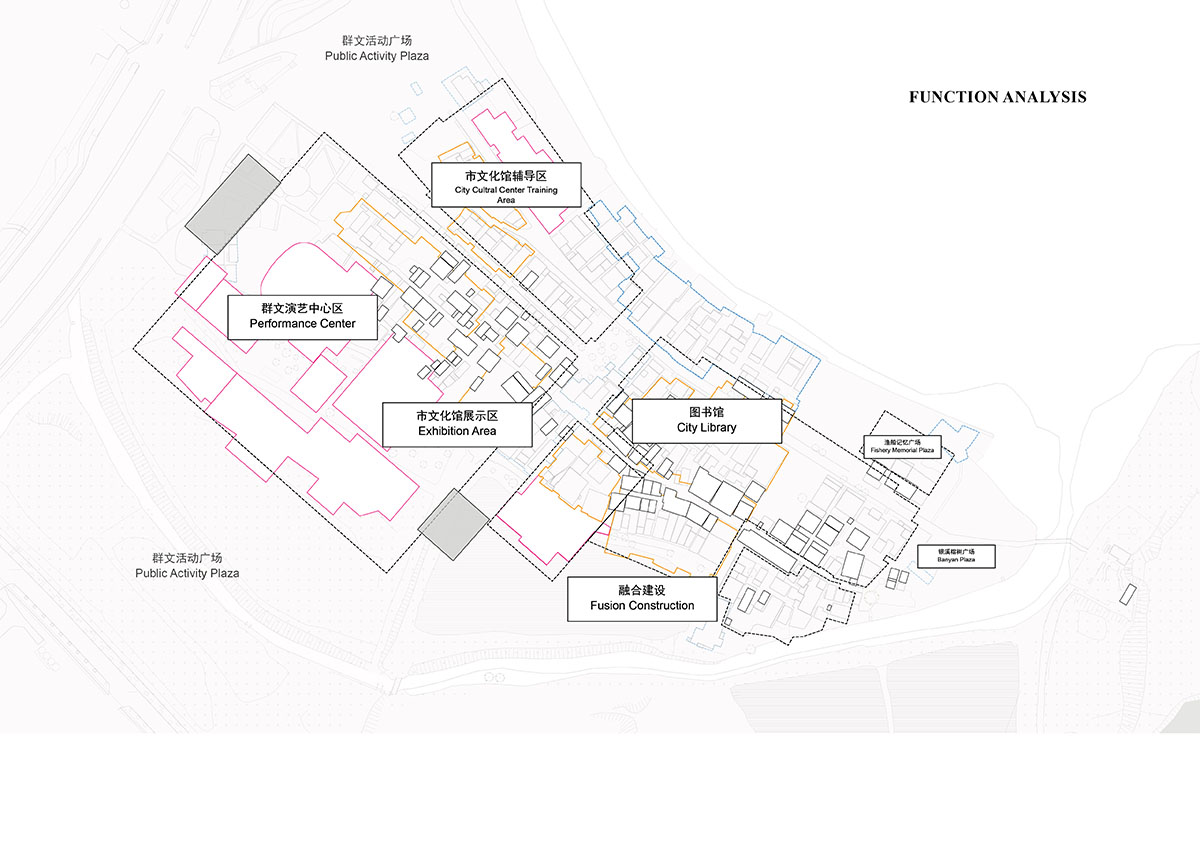 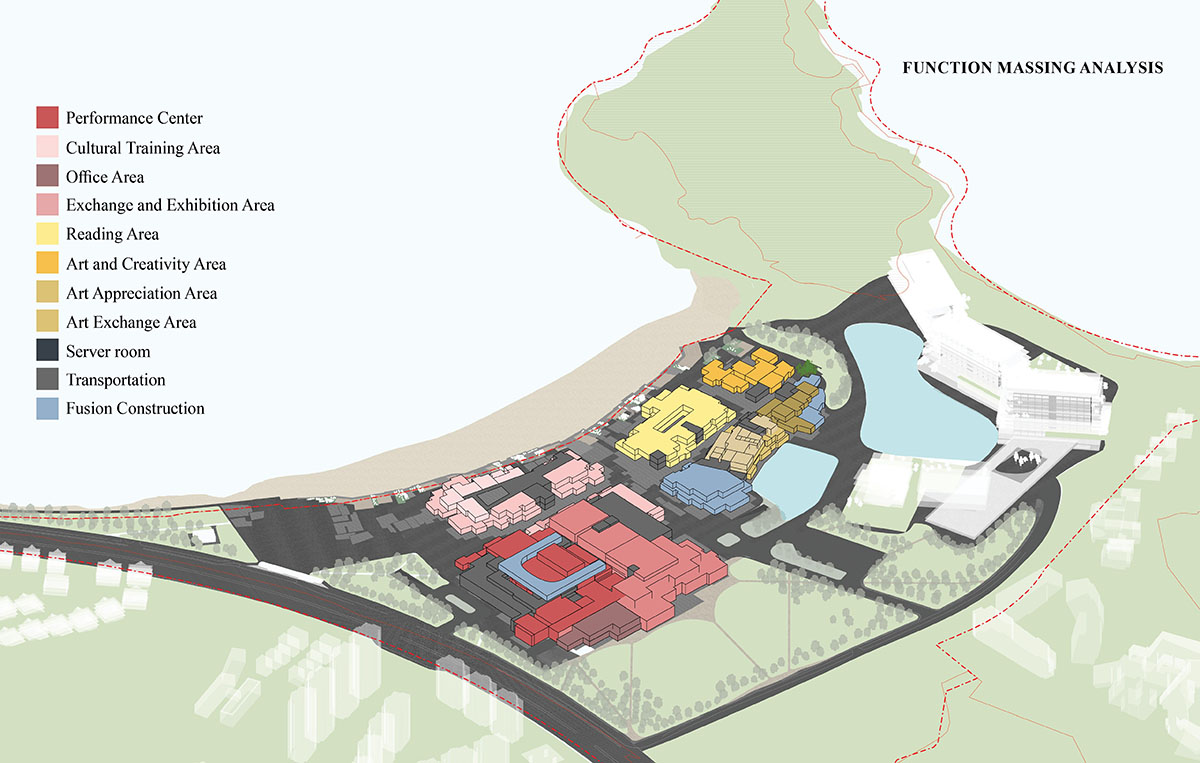 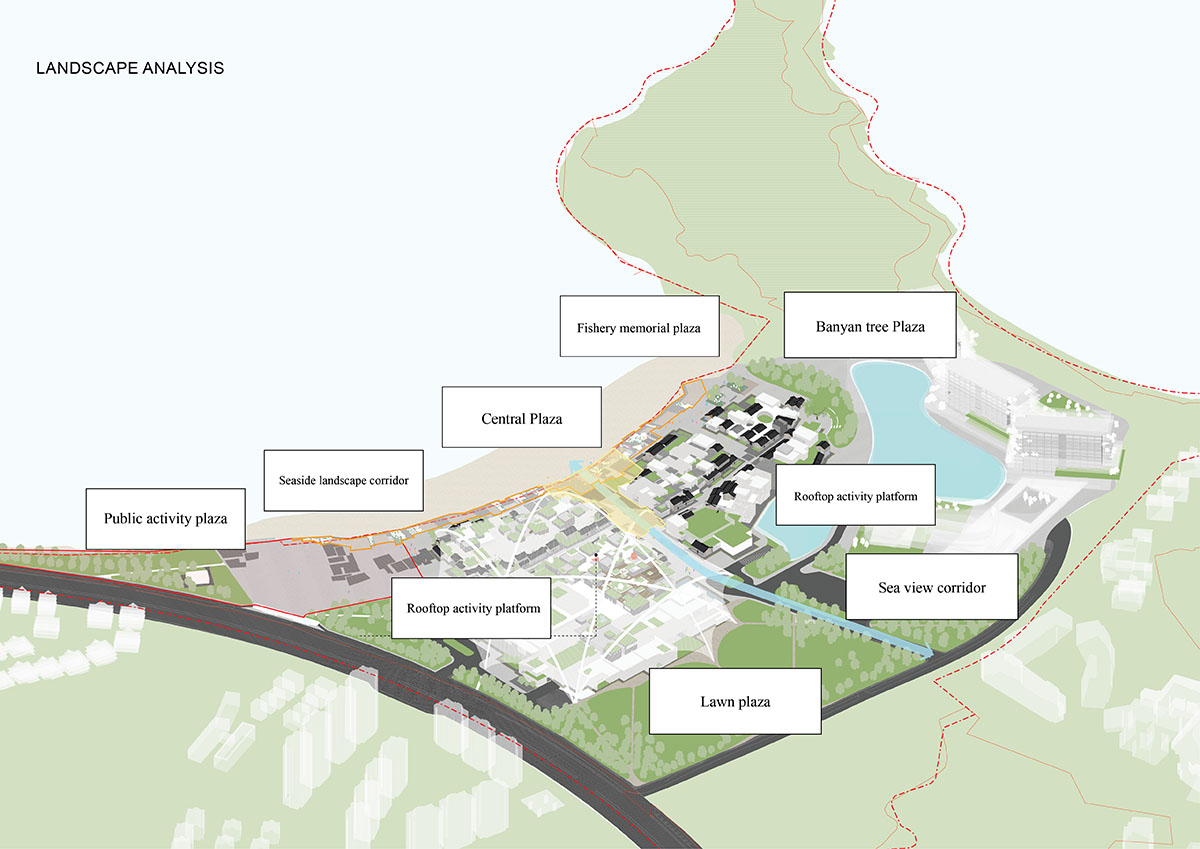 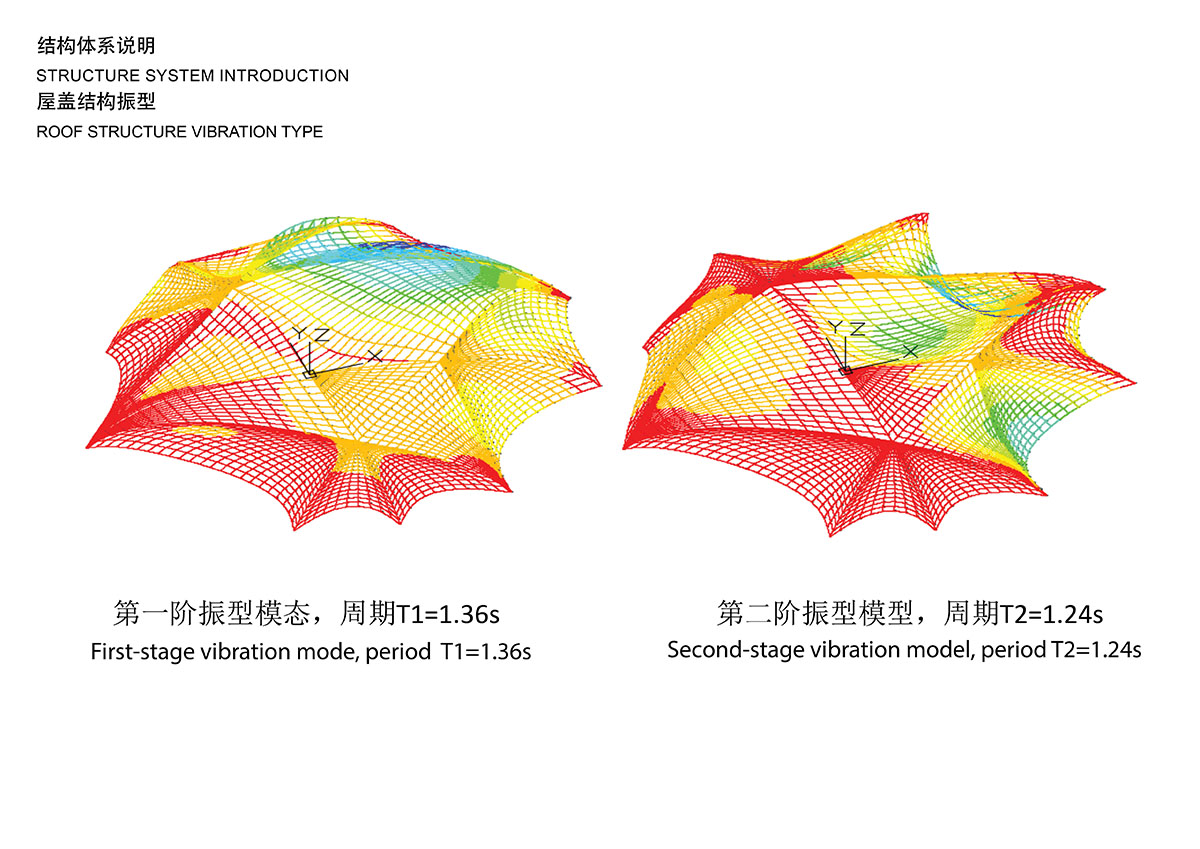 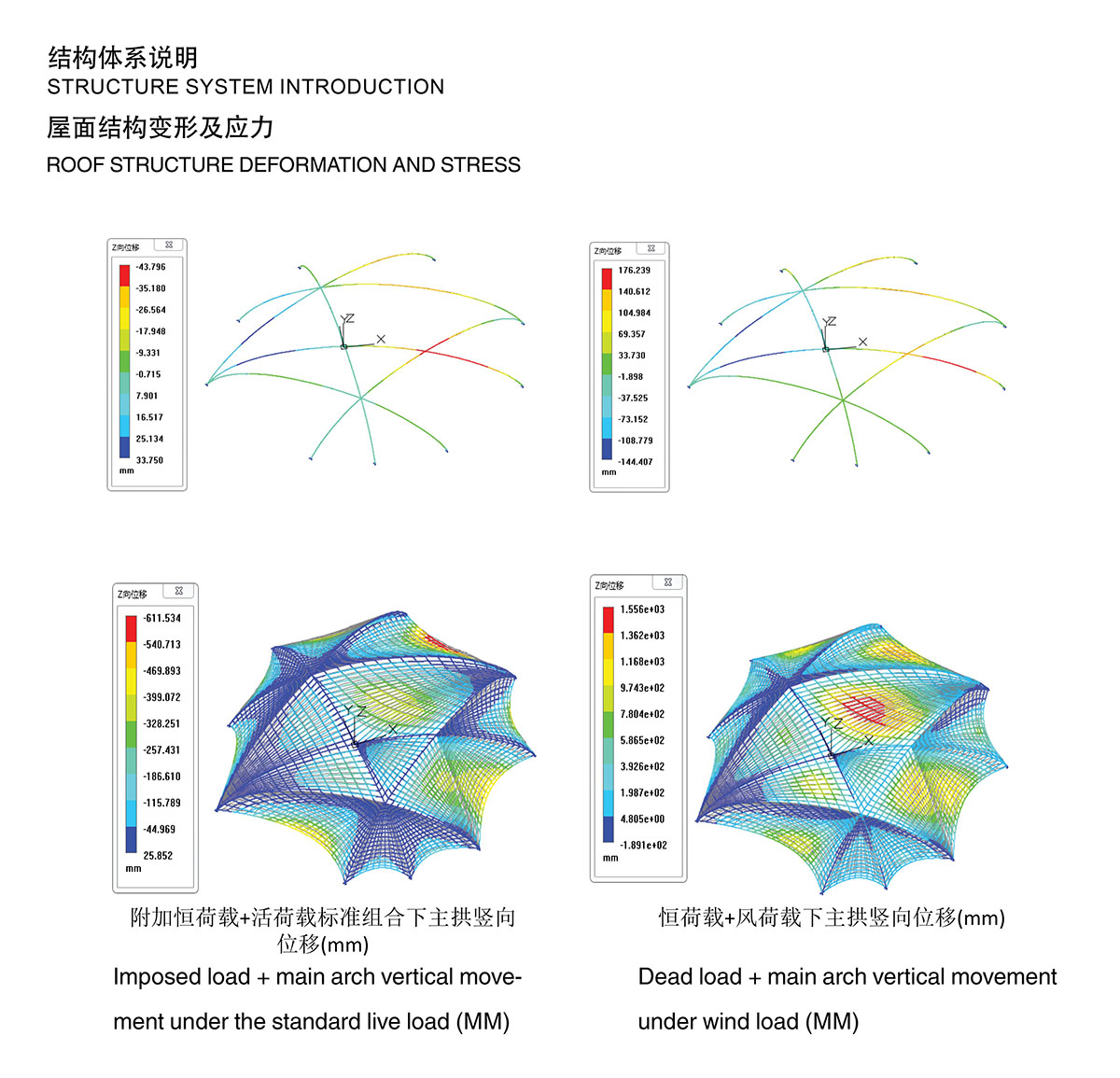 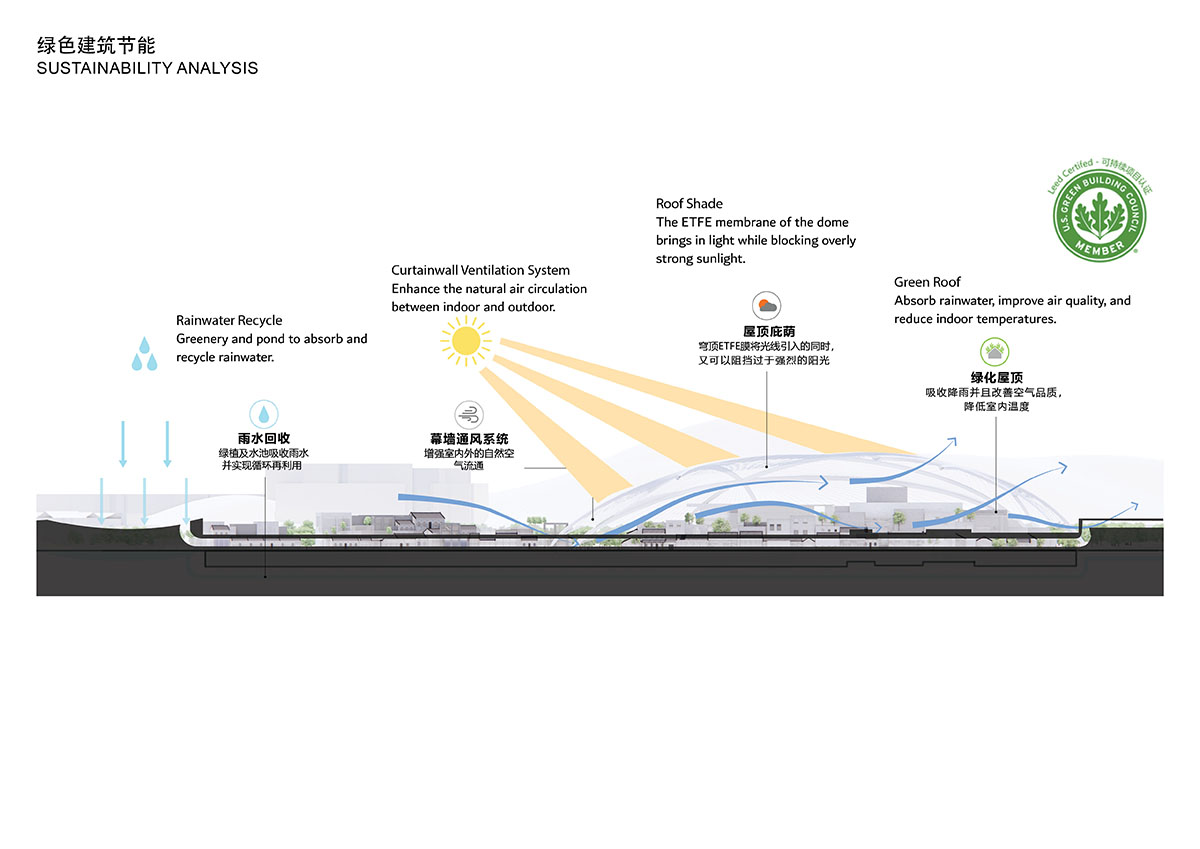