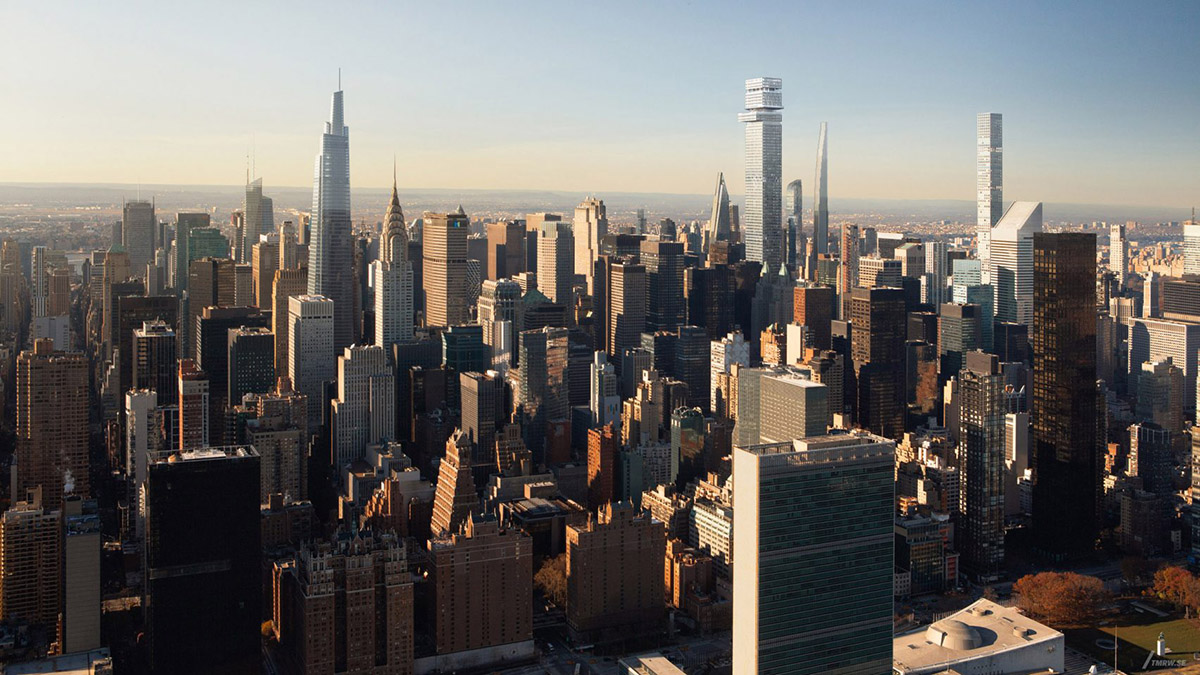 International architecture, design and planning firm, Gensler and Harry Macklowe have released details of their proposal for the 96-story Tower Fifth in Midtown Manhattan. Once constructed, the 1556-foot-tall scheme will become the second-tallest building not just in New York, but in the Western Hemisphere.

“The tower creates a new paradigm for how a supertall structure meets the street and interacts with its neighbors," said Gensler in a press release. 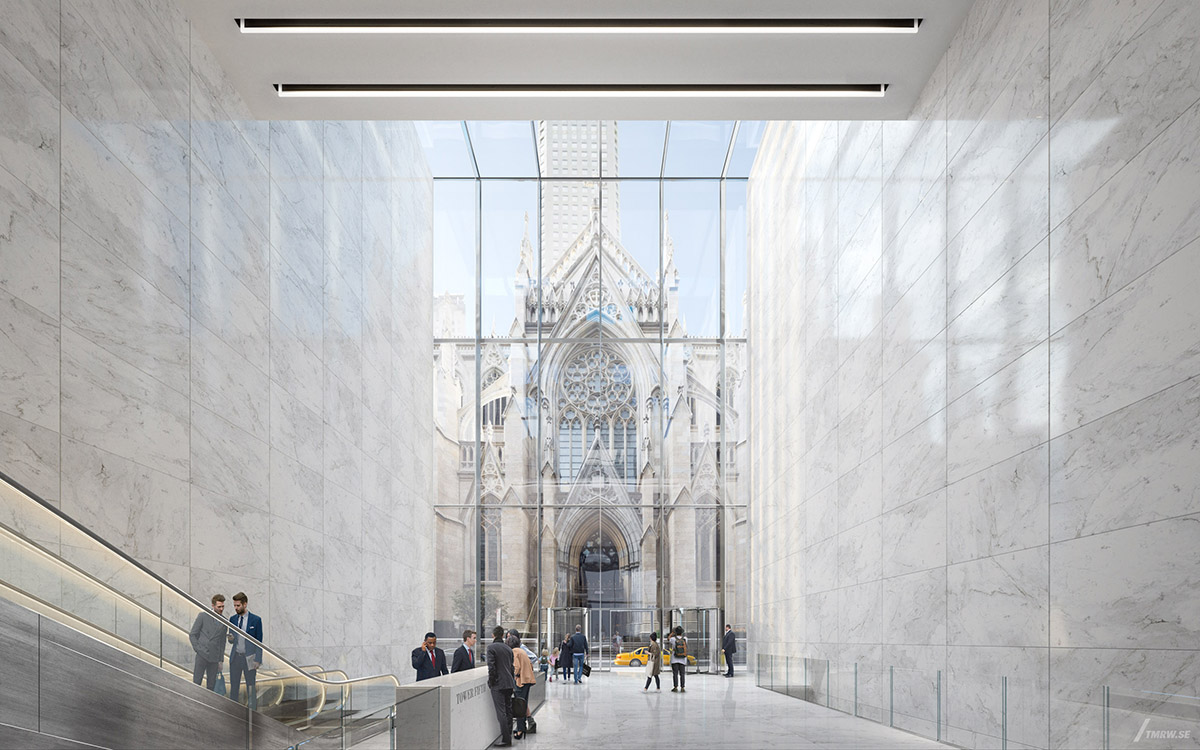 The proposal shows that the ground floor is a glass-enclosed public galleria that spans the entire block, framing views of St. Patrick’s Cathedral while extending the civic realm into the building footprint, leading visitors to shops, a food hall, and an auditorium.

The top of the tower will be the city’s highest observatory that will grant unprecedented views, featuring an array of unique experiential, cultural, and entertainment experiences within a public observatory. Overall, the office floors feature 960,000 square feet of tenant space and amenities focused on wellness.The tower itself will be wrapped in an innovative, energy-efficient Closed Cavity Façade system to reducing the solar heat gain by over 70%.

As the renderings depict, the tower would sit atop stilts above 52nd Street, rising upward until the top where a “two-level slab juts out from the northern and southern sides of the building,” the Times wrote.

At present, the tallest building in NYC is the 1776-foot-tall One World Trade Center designed by SOM. Although Tower Fifth would extend 216 feet above the roofline of One WTC, the SOM scheme would remain the tallest in the city due to its mast. 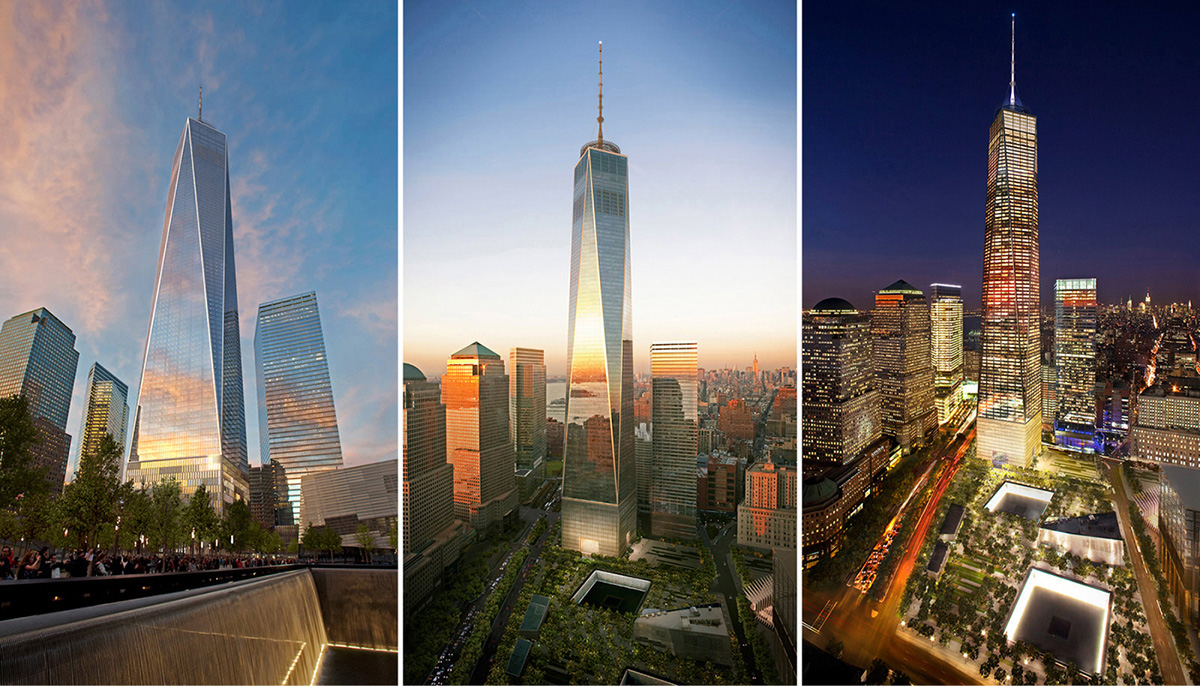 The design scheme was submitted as a preliminary application in January 2019, yet the proposed tower is far from becoming a reality. The current proposal encroaches on five landmark buildings, including the Rockefeller Center and St. Patrick’s which will require approval by the Landmarks Preservation Commission in order to proceed.

Moreover,  Macklowe Properties will have to secure roughly 580,000 square feet of development rights from the neighboring properties, a condition allowed under the 2017 rezoning of Midtown East.

While plenty of obstacles lie in wait, Macklowe is confident the city will approve his project.

“Tall buildings are a reality. The days of restrictions on buildings are really over. This is a building that’s never been built before, a 21st-century building," Macklowe told the Times.

> via The New York Times