National Police Memorial At New Delhi Is A Blend Of Art, Architecture & Sculpture 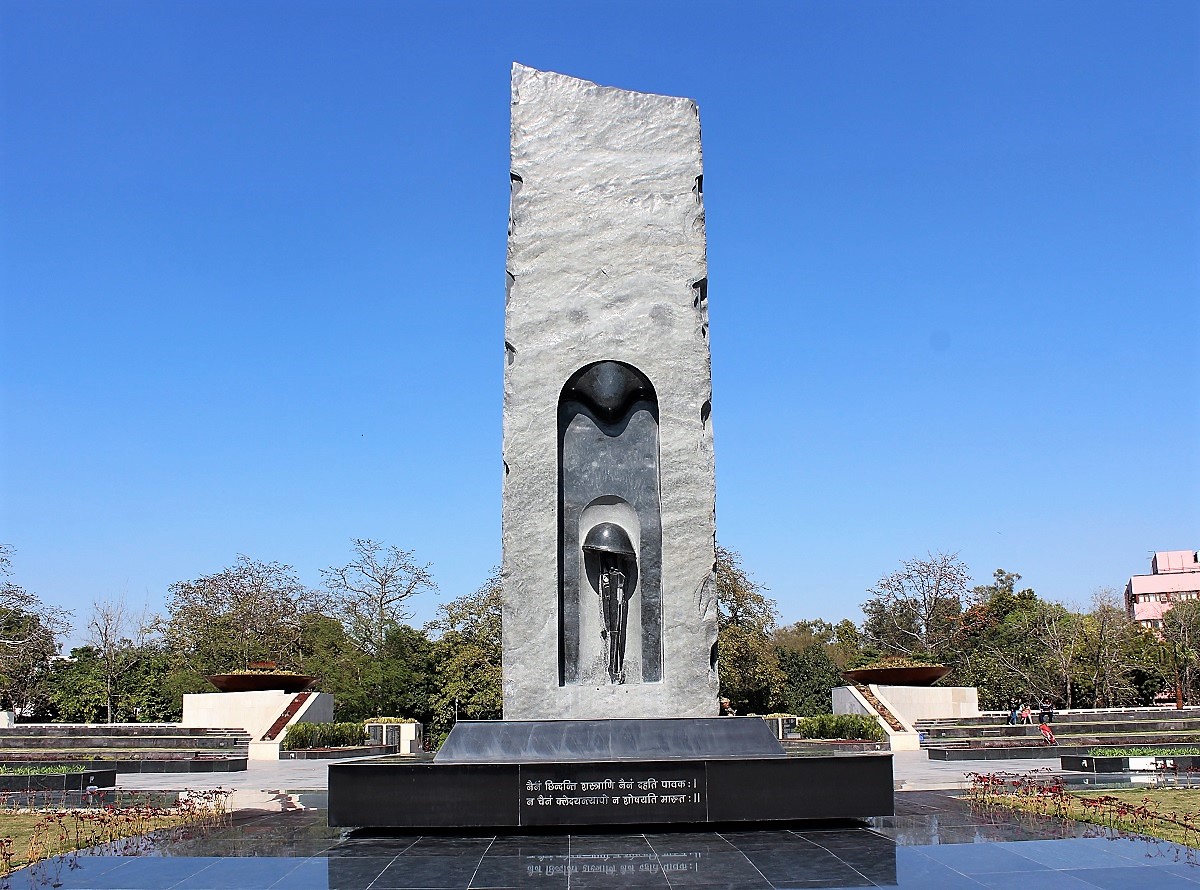 Newly built National Police Memorial and Museum at New Delhi is a pleasant blend of art, architecture, sculpture, and landscape design. It is built on a wedge-shaped plot of 6.12 acres located at the culminating point of prestigious Shanti Path in elite Diplomatic Enclave of Chanakyapuri. 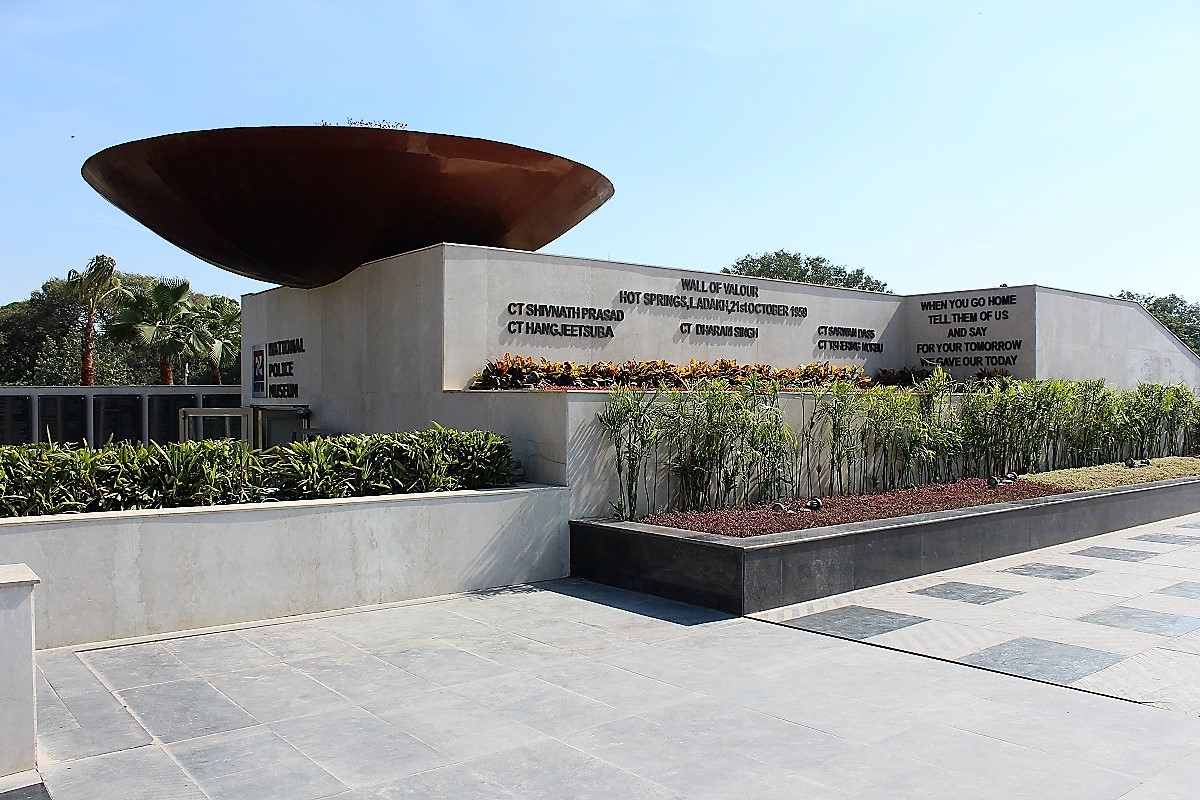 As the site falls in the Lutyens’ Zone and merely one km away from Rashtrapati Bhavan, the Delhi Urban Art Commission's guidelines stipulate that no structure in the campus should be taller than the maximum tree height on all the axes radiating from the presidential palace. In consonance with these norms, the memorial has been planned in a low-height and horizontally spreading formation.

The memorial has been designed by a renowned architectural firm ‘Raja Aedari Consultants (North) Private Limited’ and got constructed by the National Building Construction Corporation of India. It was completed and dedicated to the nation by the Prime Minister of India, Narendra Modi on October 21, 2018. 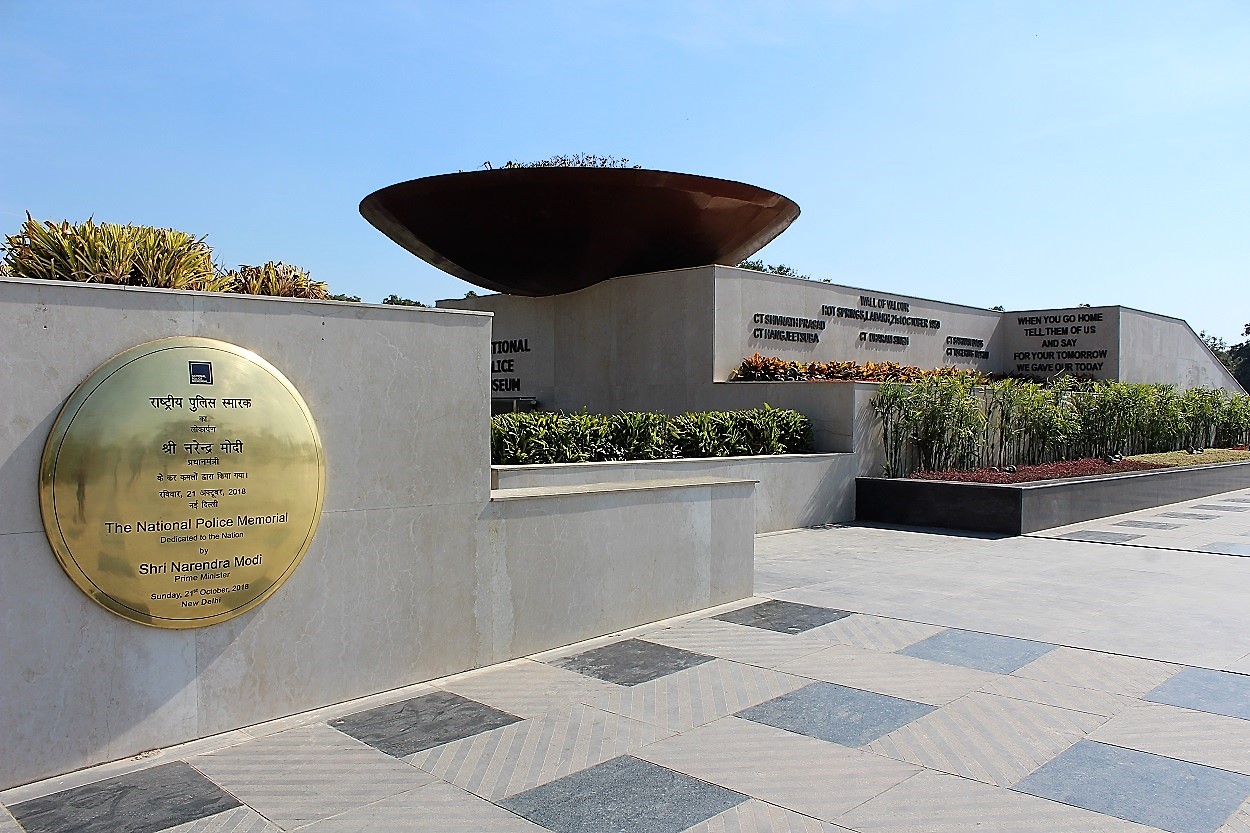 The National Police Memorial commemorates the 34844 police personnel from all the central and state police forces in India who have laid down their lives in the line of duty since the nation's independence in 1947.

The campus comprises primarily four components. The first and foremost is the memorial itself which is in the form of a 30-foot tall sculpture. It is carved out of a single monolithic black granite rock weighing 238 tonnes. This is the only high structure on the campus. The weight and the colour of the sculpture symbolise the ‘gravitas and solemnity of supreme sacrifice.' 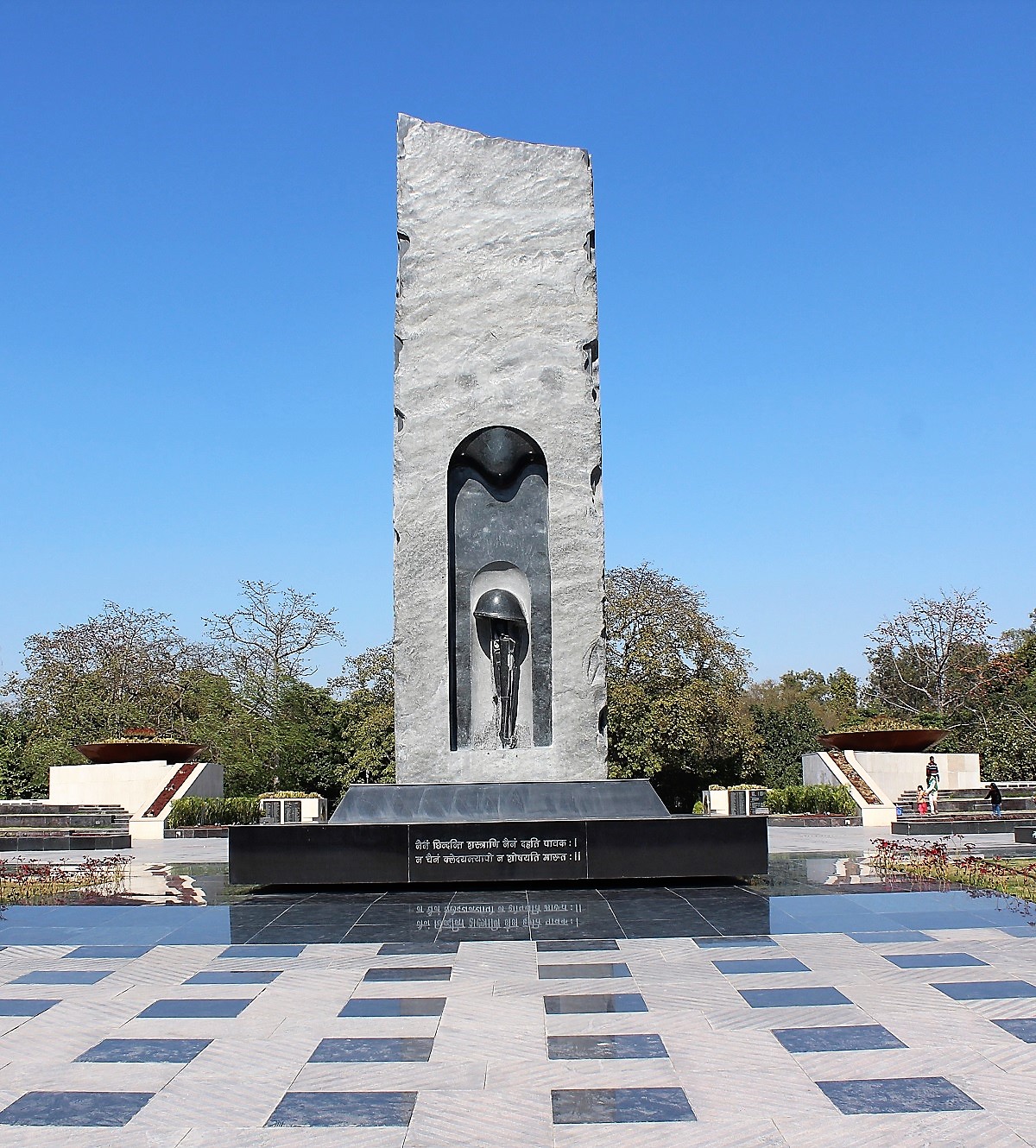 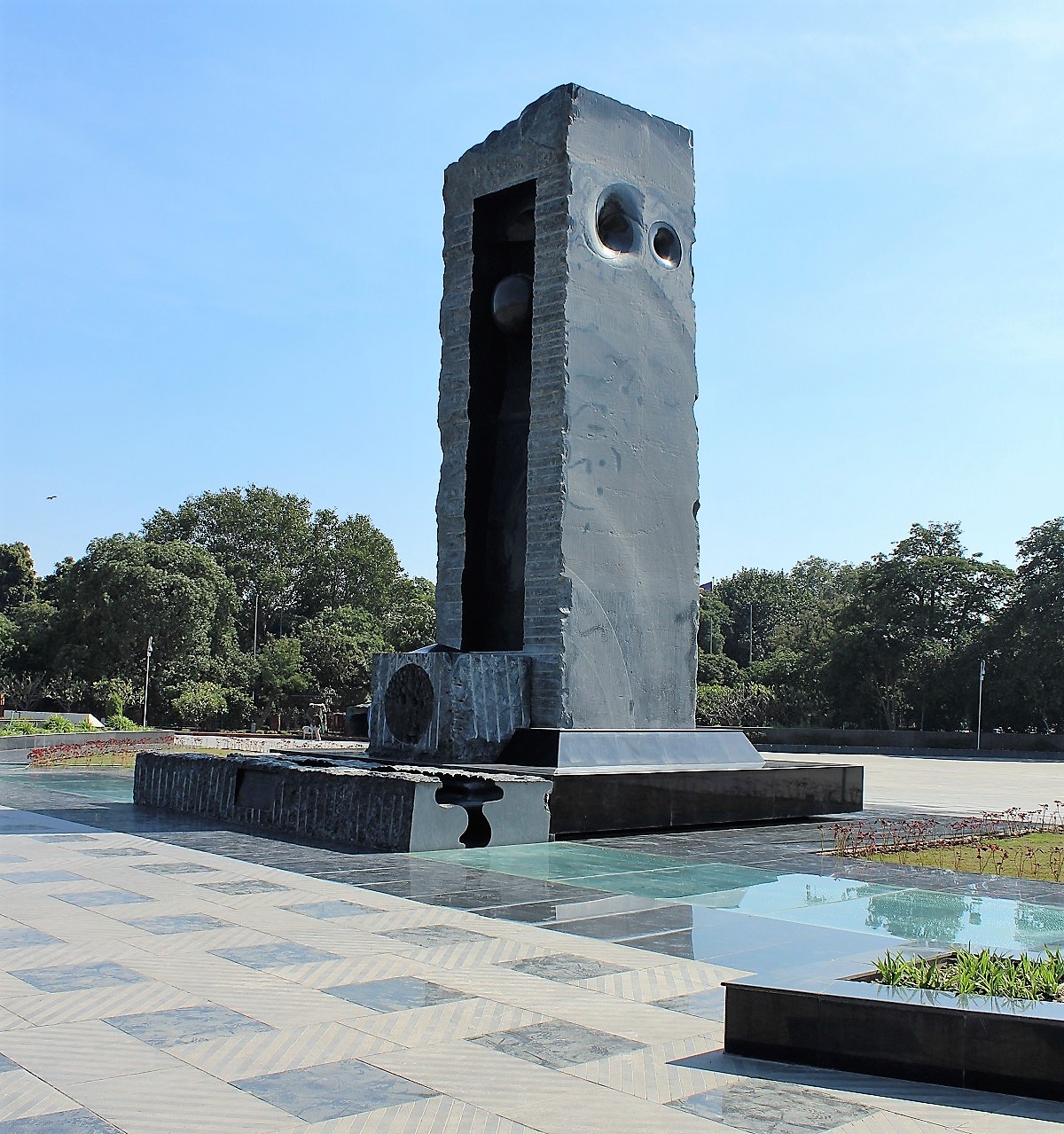 The memorial sculpture rests on a black-polished-granite platform adjacent to a 60 feet long river which represents the continuous self-service of the police personnel in carrying out their duties. Standing almost in the centre of the campus, this sculpture has been designed by a renowned Indian sculptor, Advaita Gadanayak who is presently Director-General of the government-run National Gallery of Modern Art, New Delhi. 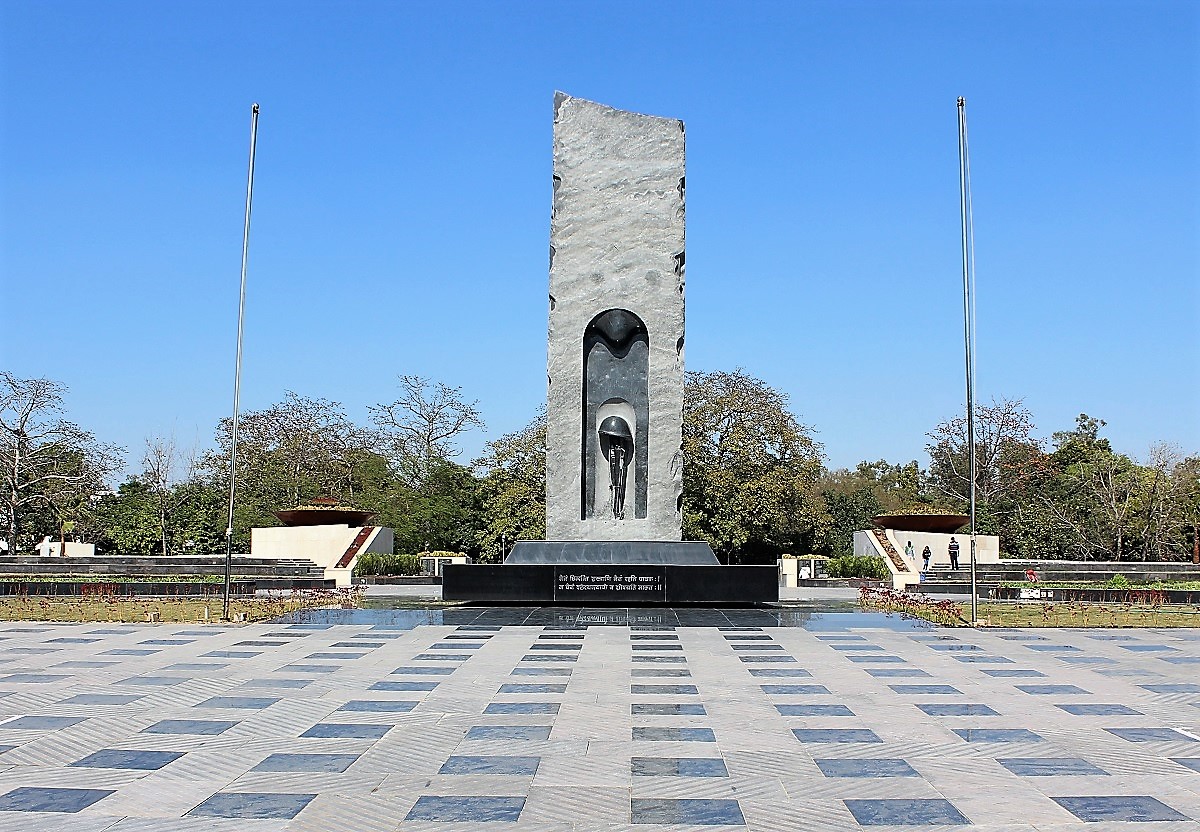 The second component of the campus is a large circular ceremonial plaza adjacent to the central memorial towards its south. Paved with a combination of rough and polished black granite stone slabs, this space is meant for daily flag hoisting and other police day functions. 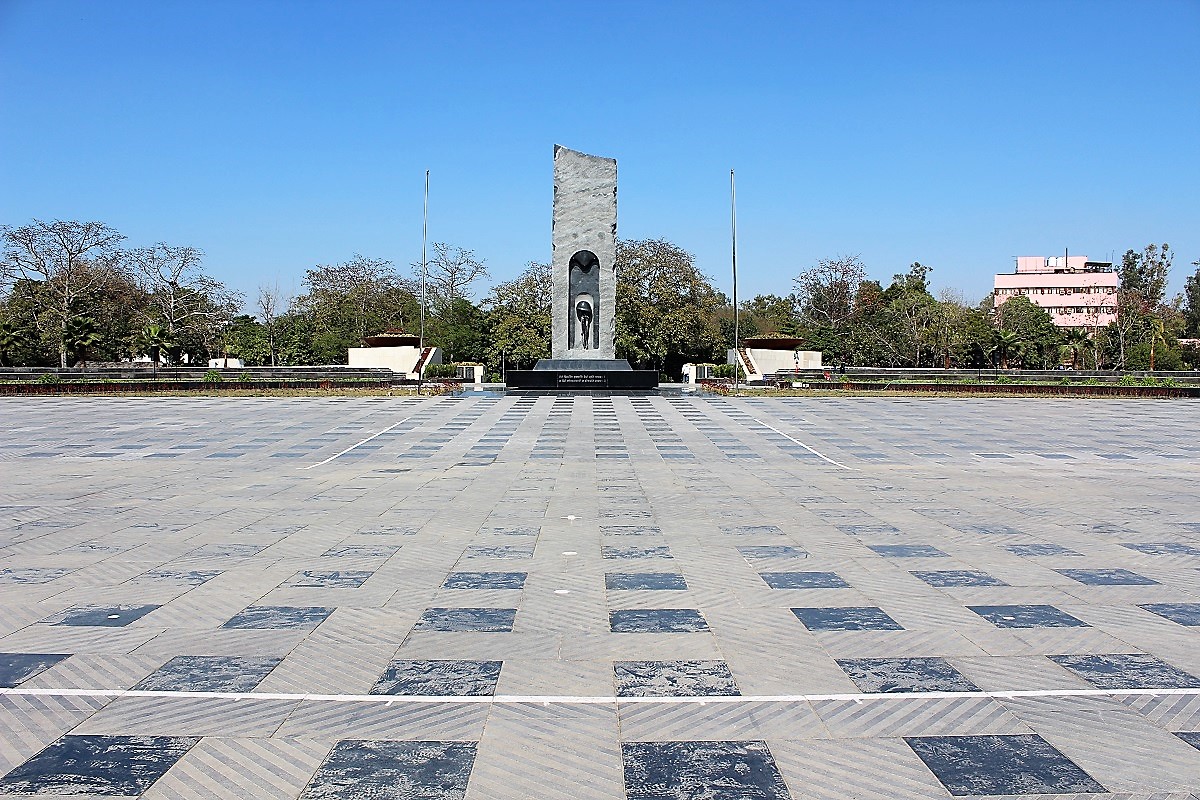 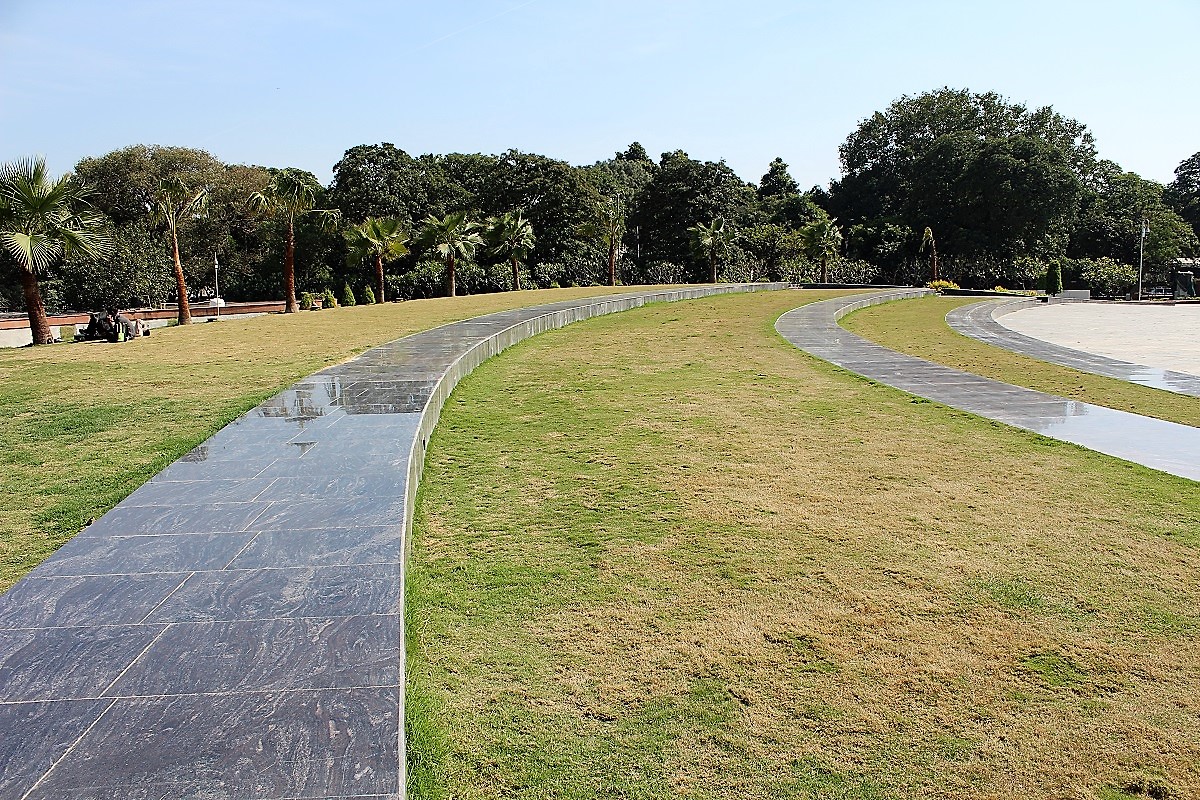 The plaza is accessible through a wide promenade emanating from the main public entry on the north. Two sets of wide seating steps in green grass have been provided on either side of this promenade for the general public to view the ceremonial parades and functions. 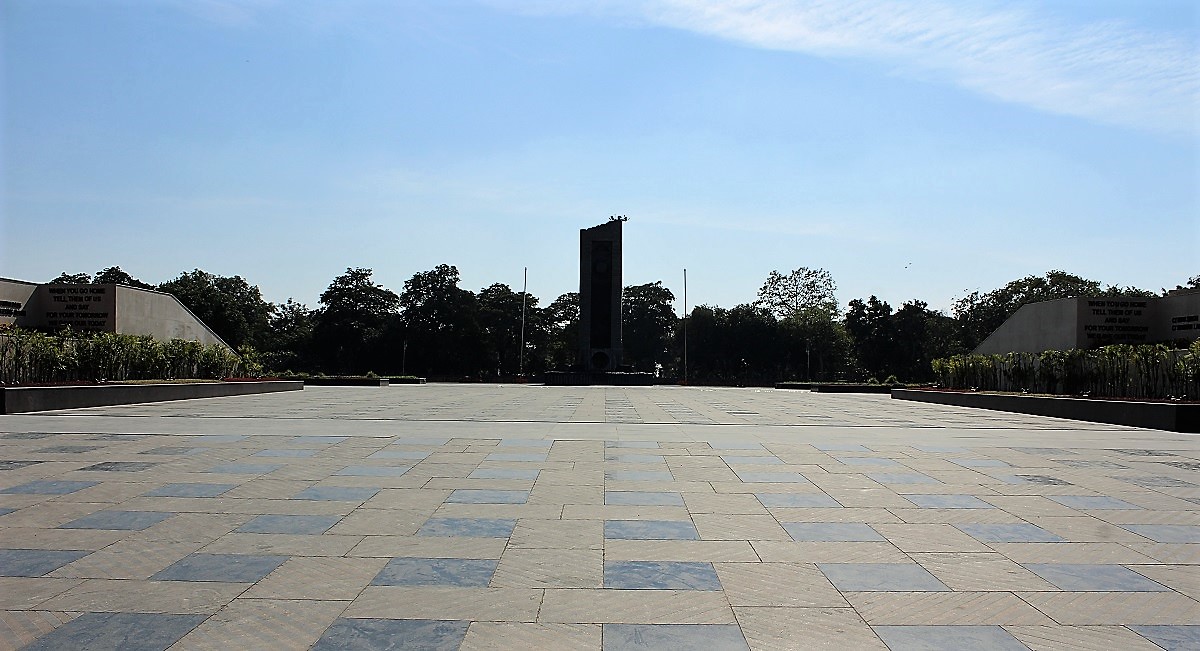 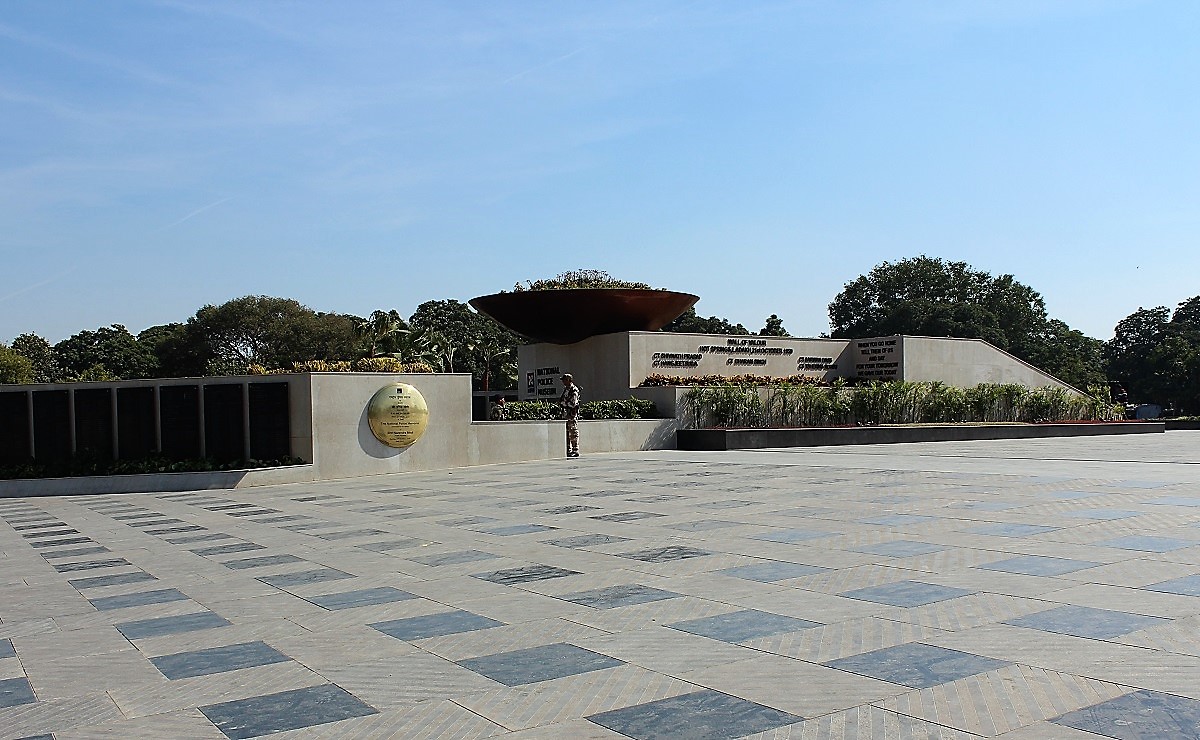 The third important component of the memorial complex is the ‘Wall of Valour’ which carries the names of 34844 martyrs. These names have been engraved on panels of black granite slabs and fixed on curvilinear walls in a repetitive manner. There are two sets of this component which are placed on either side of the entrance promenade in a symmetrical configuration. 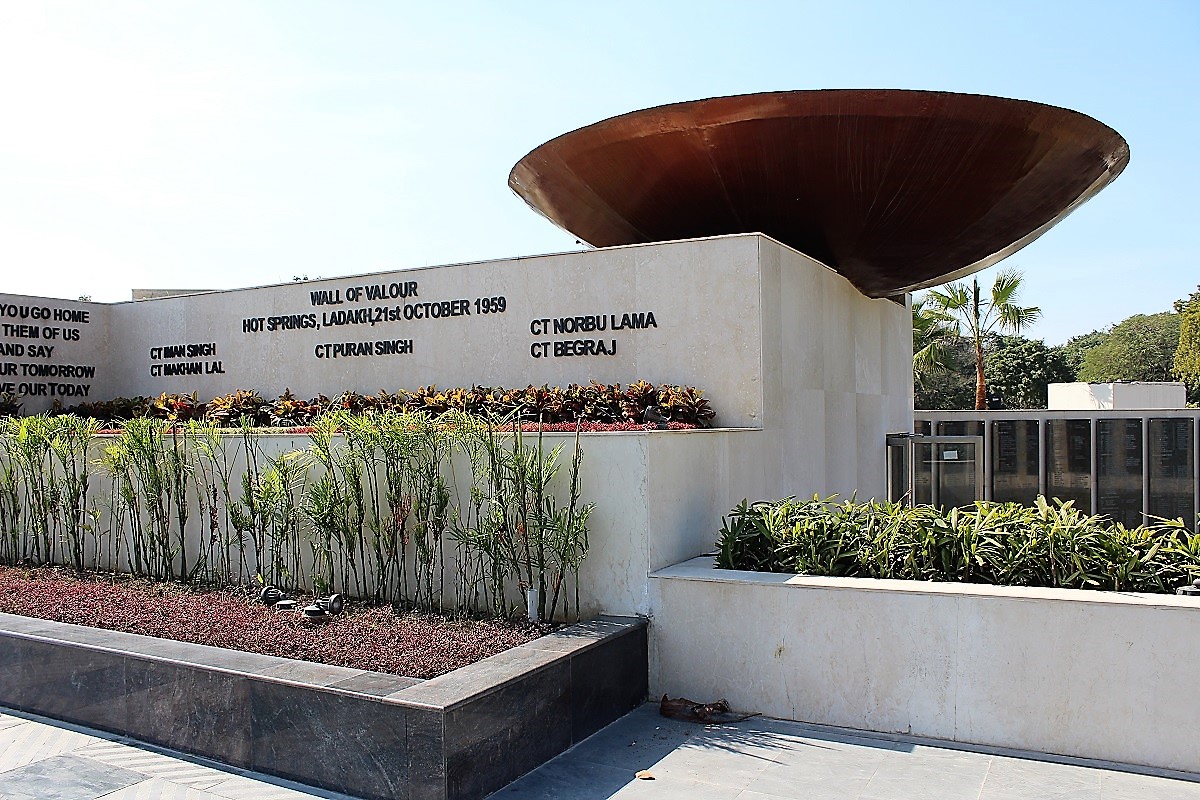 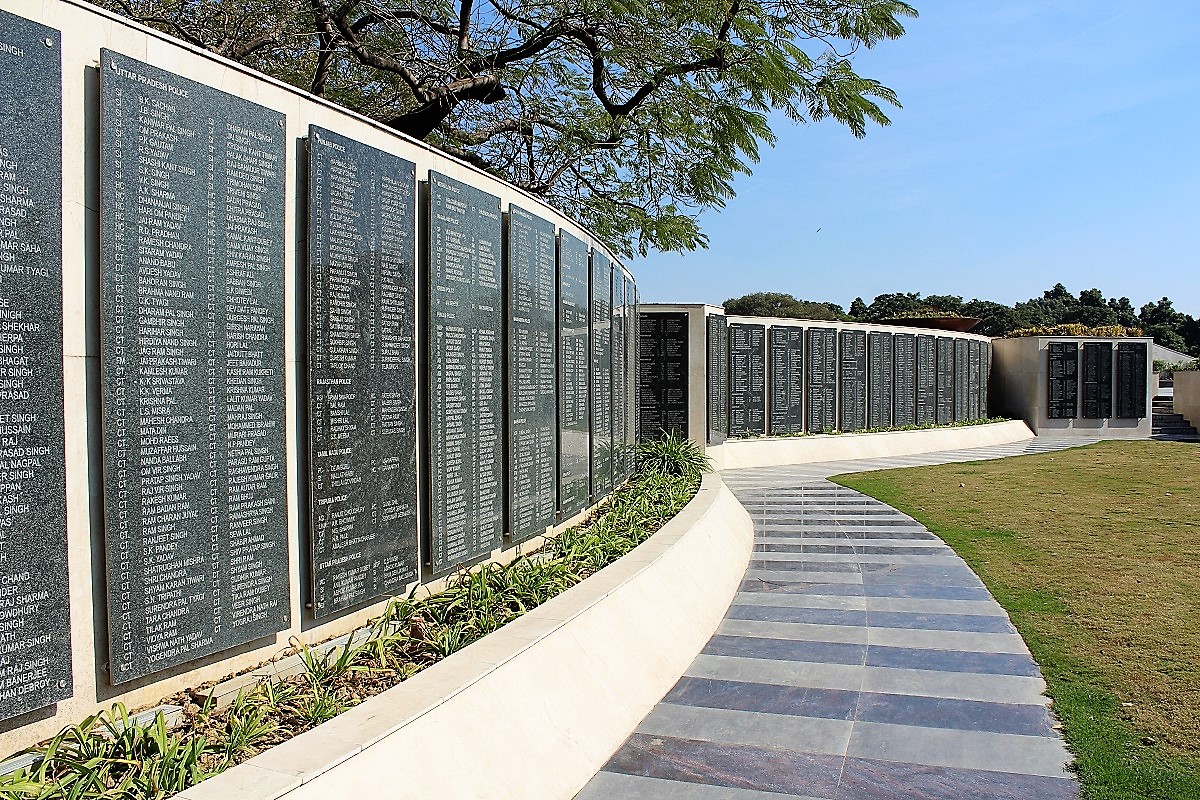 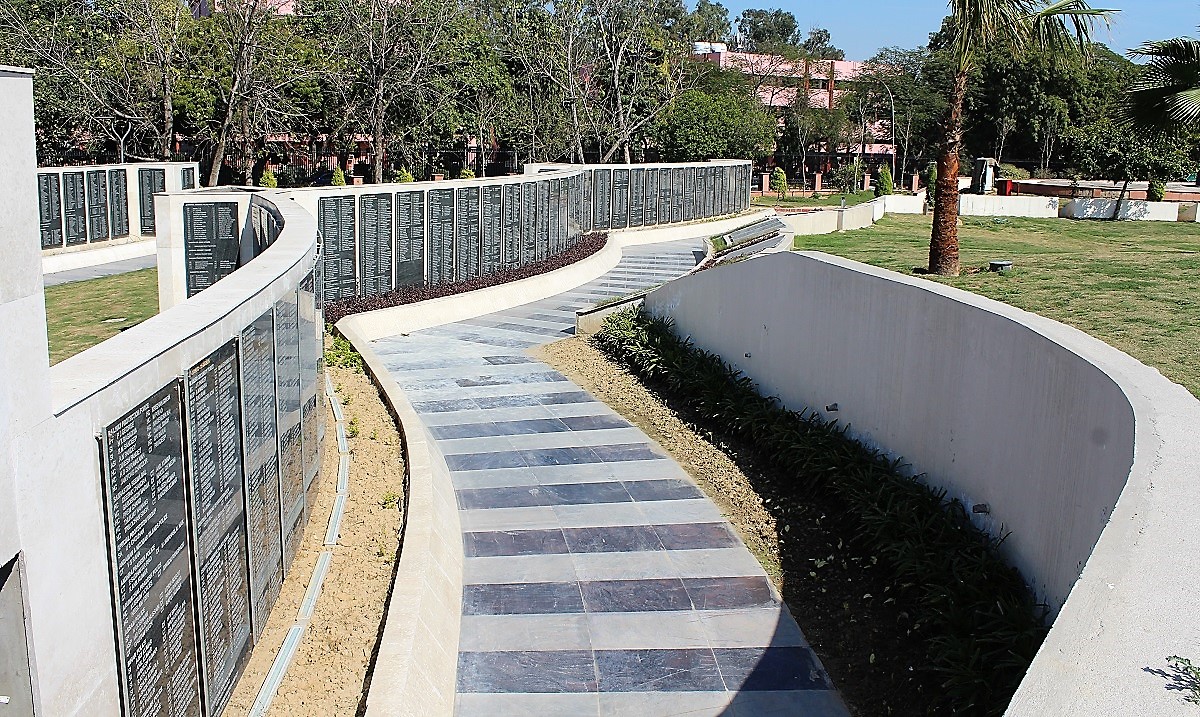 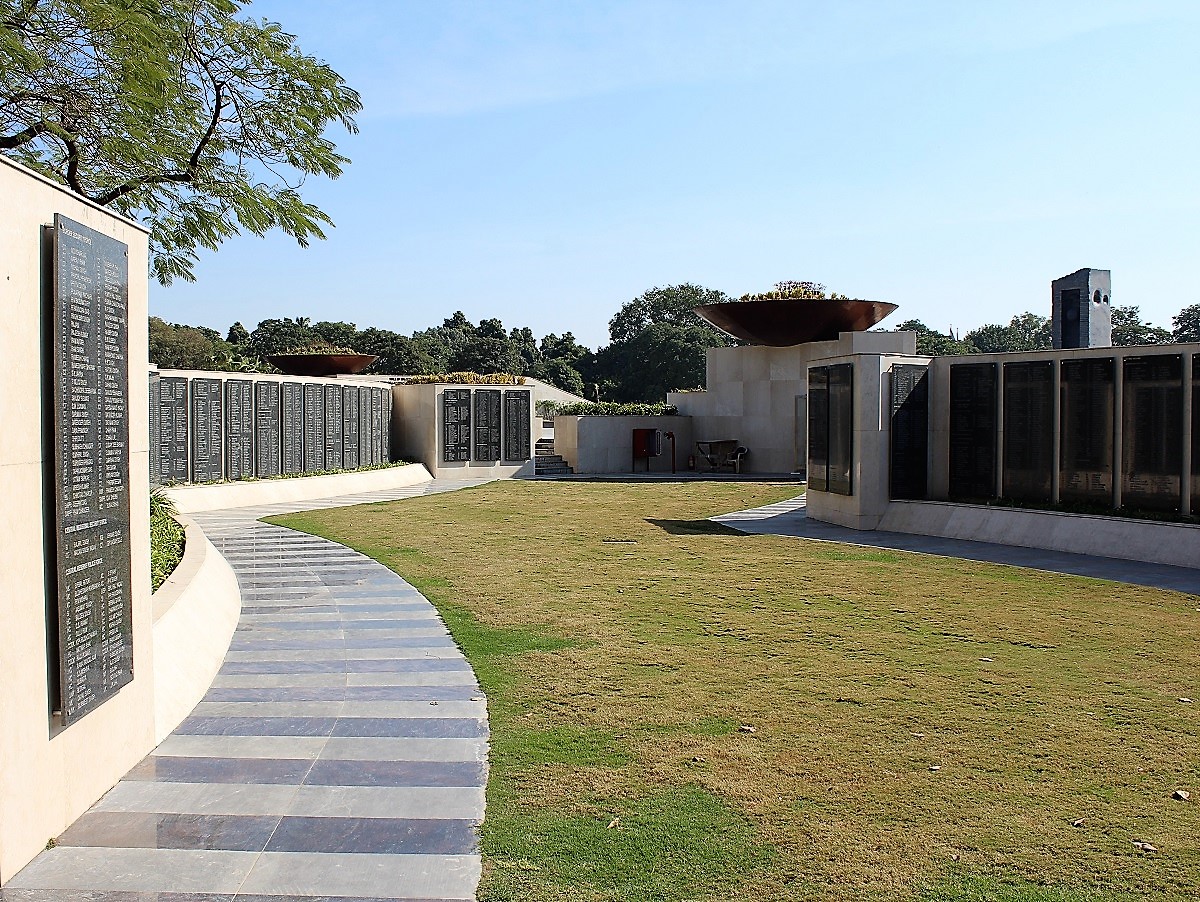 The fourth component of the campus is the National Police Memorial Museum which occupies a specially carved-out space in the basement. Consisting of five galleries over 1600 square metres, this museum is the first of its kind in India. It is planned by the Intelligence Bureau under the guidance of Union Home Ministry.

The museum traces the origin of policing from prehistoric times to the formation of security forces by the Mughals, to how the institution transformed during the British-era and then independent India. 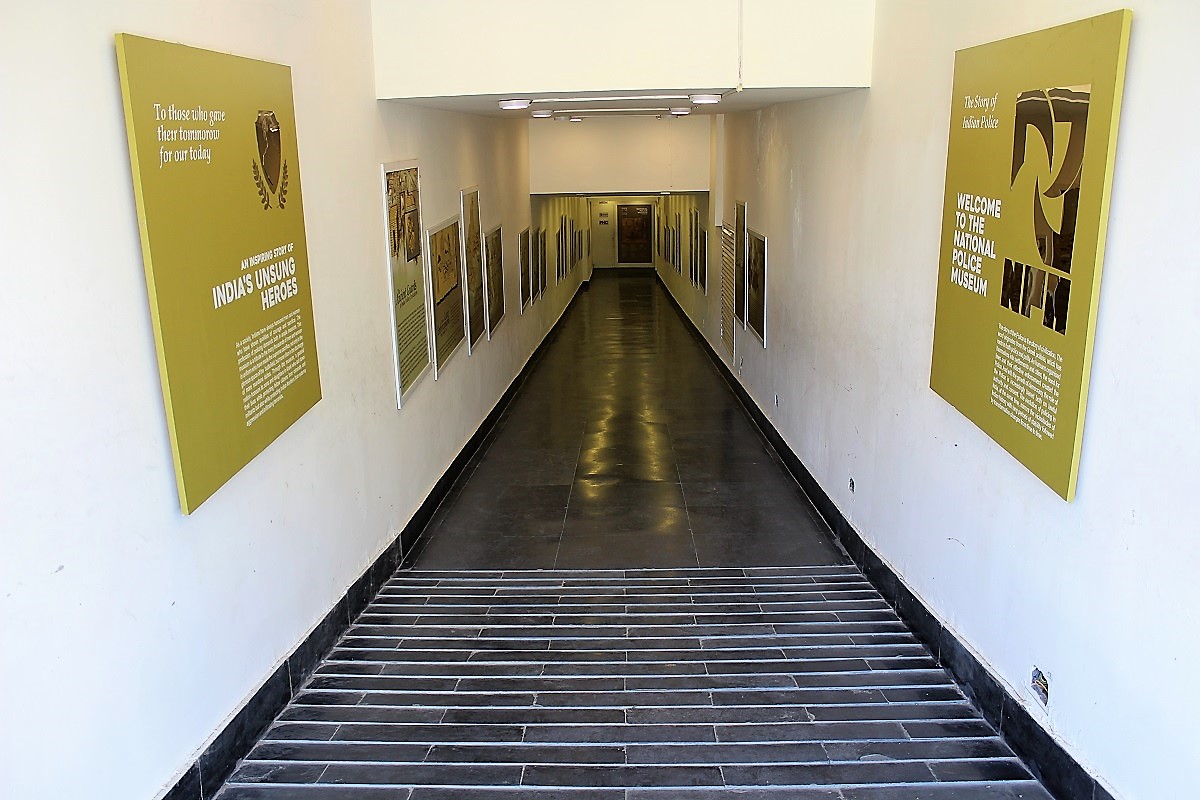 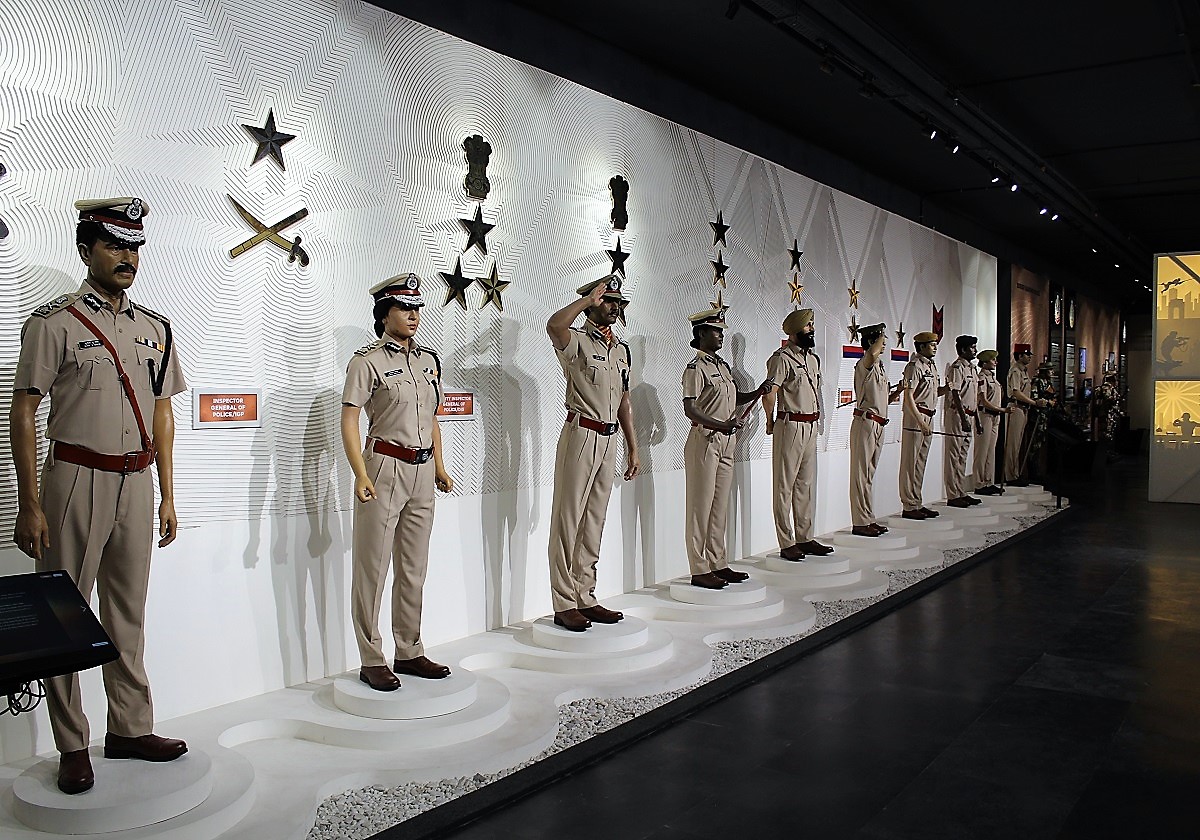 The museum is divided into a number of sections which are dedicated to various central forces in India. Prominent among these are the Central Reserve Police Force, Central Industrial Security Force, National Security Guards, Special Protection Group, Rapid Protection Force, Bureau of Civil Aviation Security, and Intelligence Bureau. Apart from these, there are sections for police forces from all 29 states and 7 union territories. Special mentions have also been made for women squads, police bands, and animal squads. 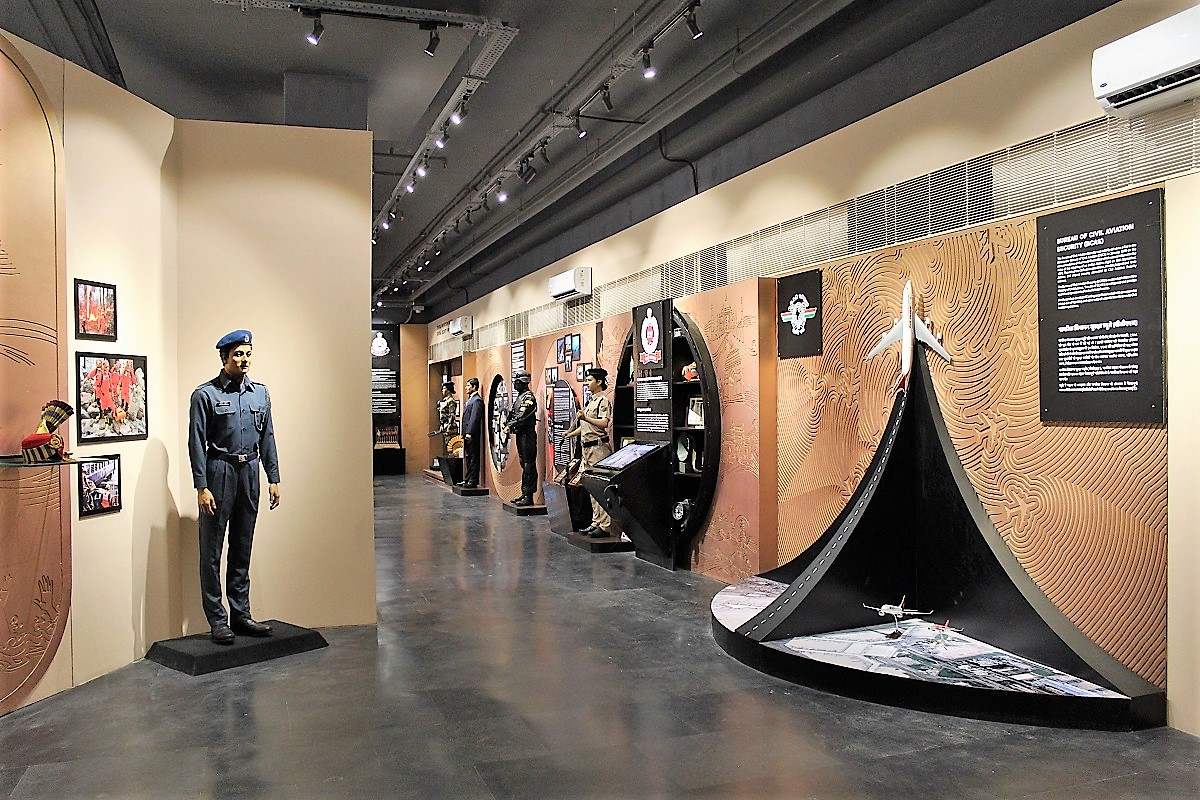 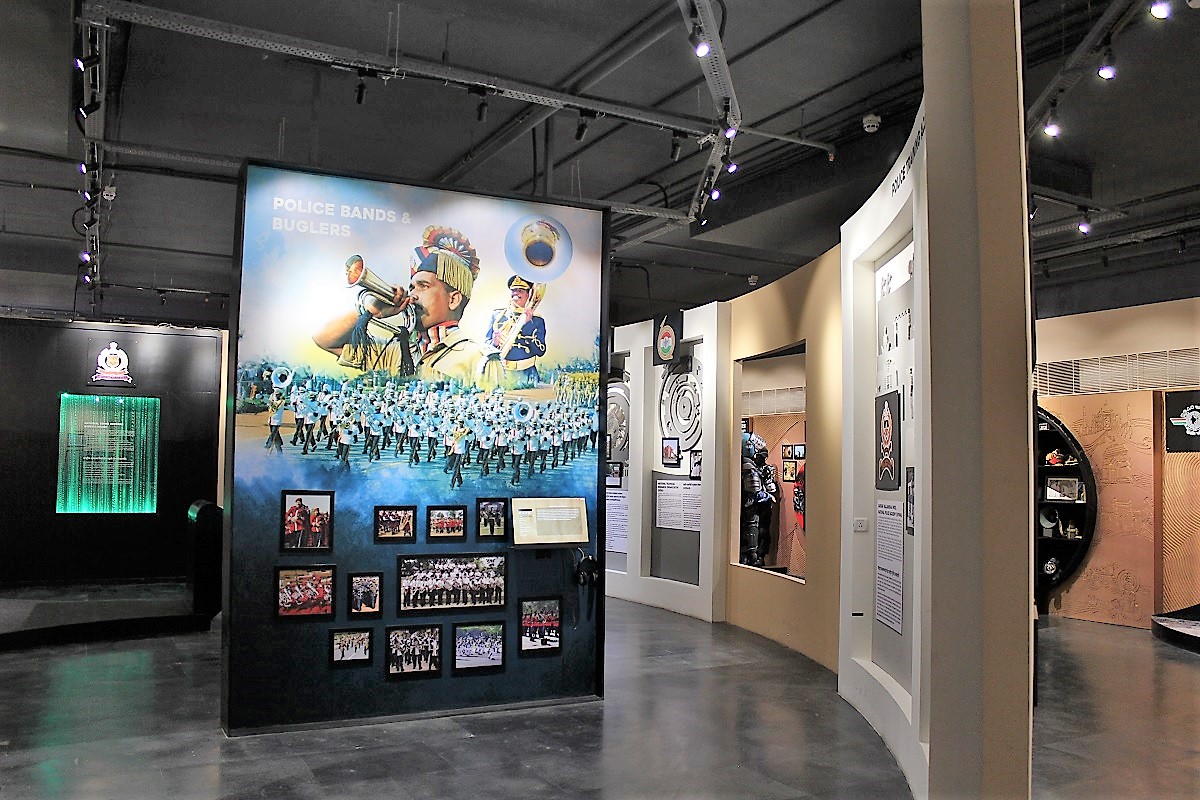 Within months of its completion, the National Police Memorial is attracting a massive footfall and rapidly attaining the status of a ‘must visit’ destination in New Delhi. 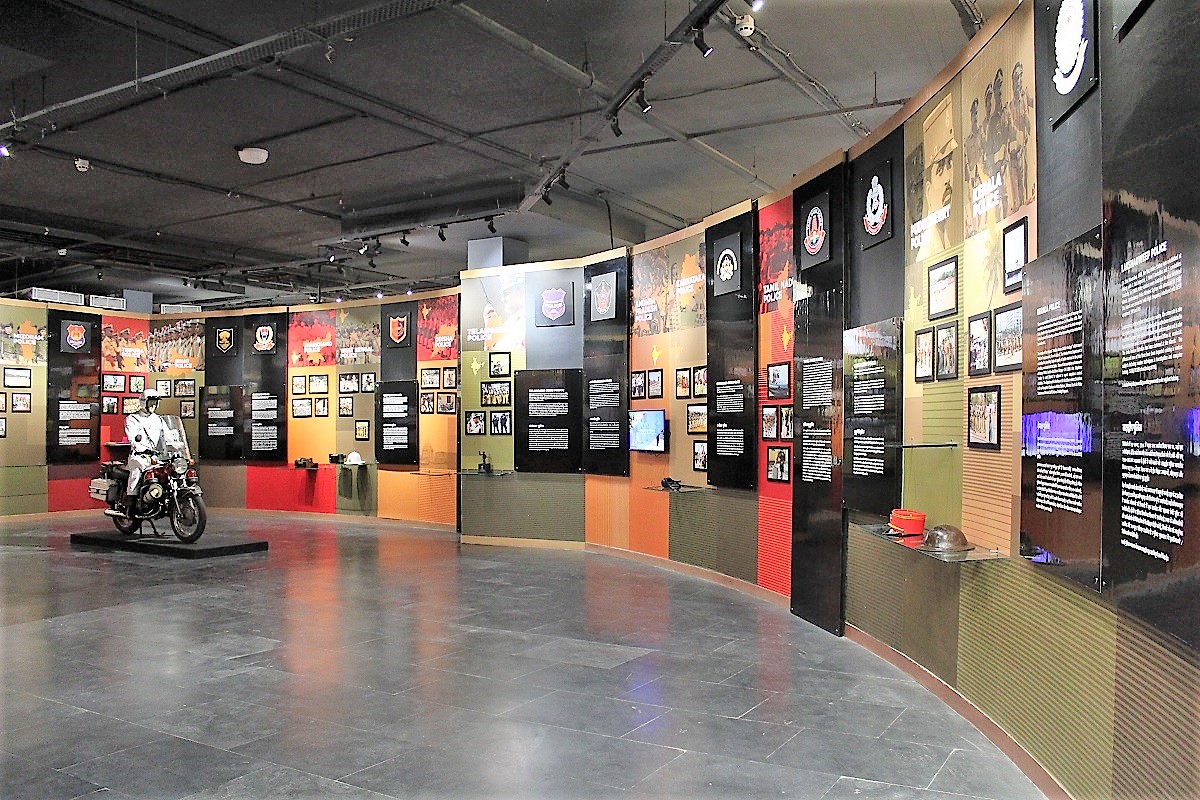 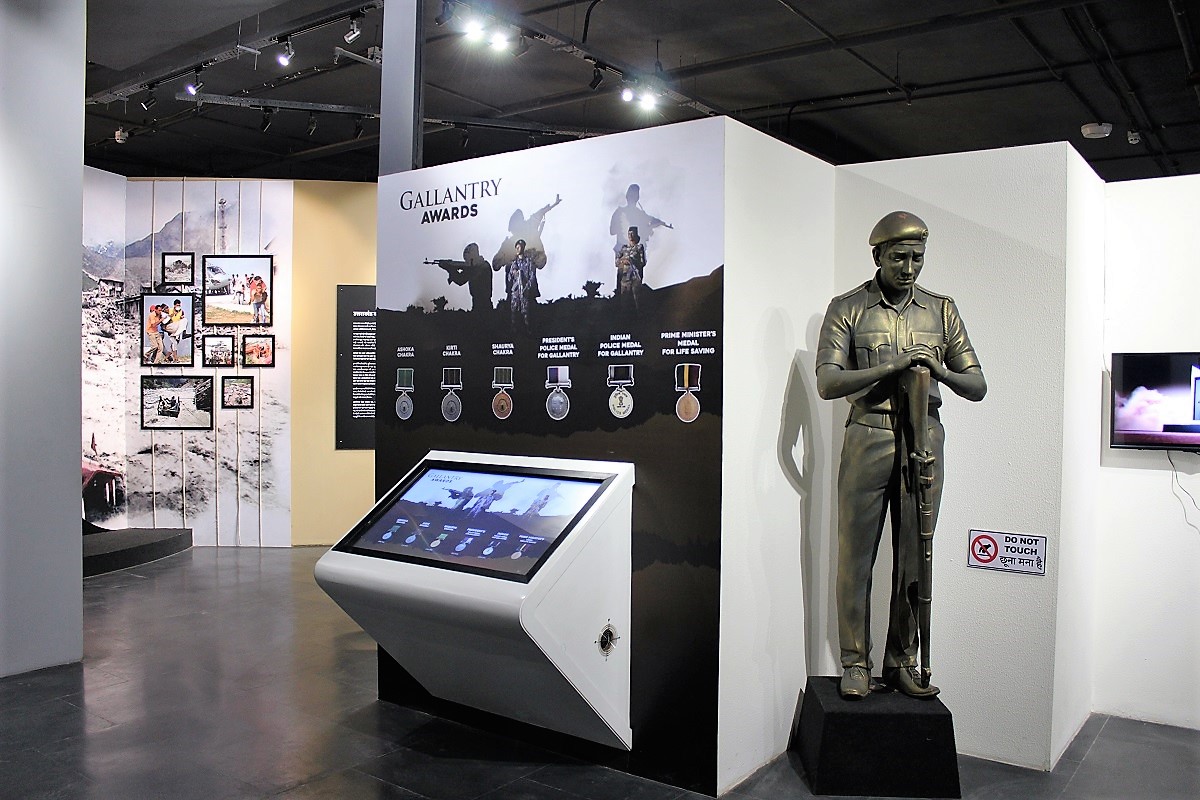 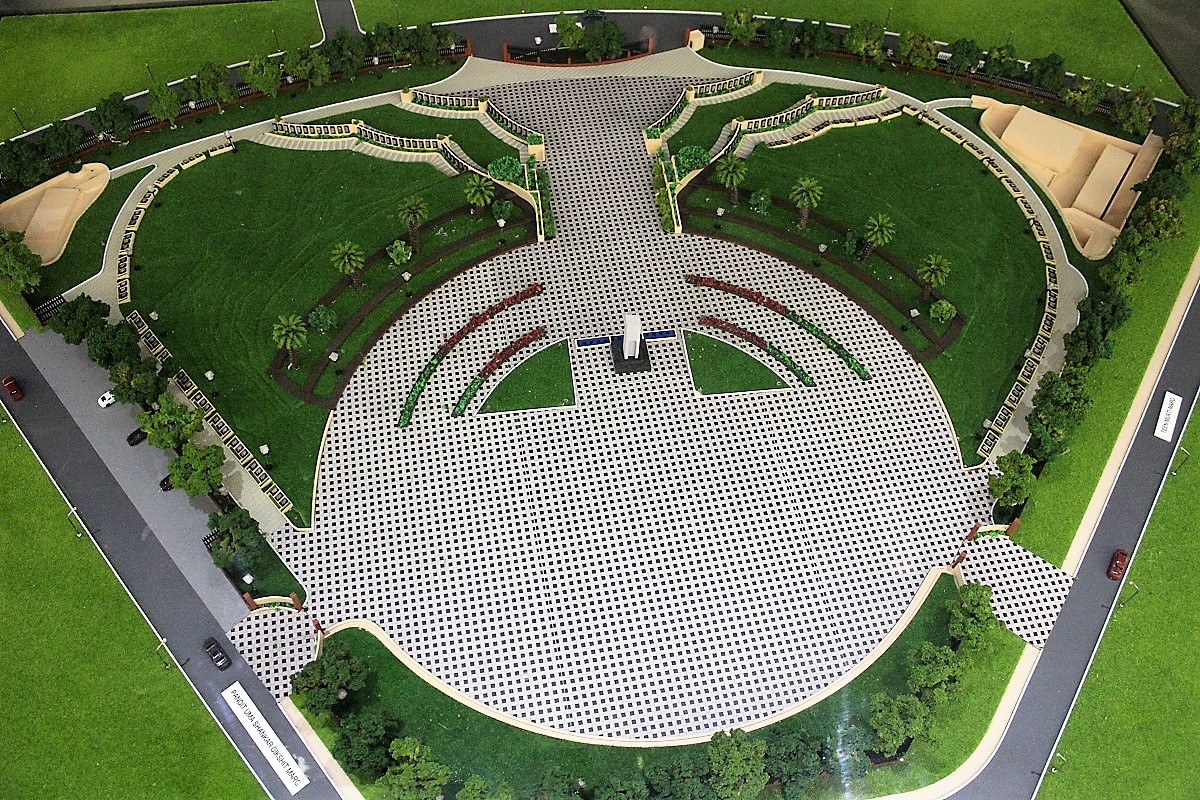 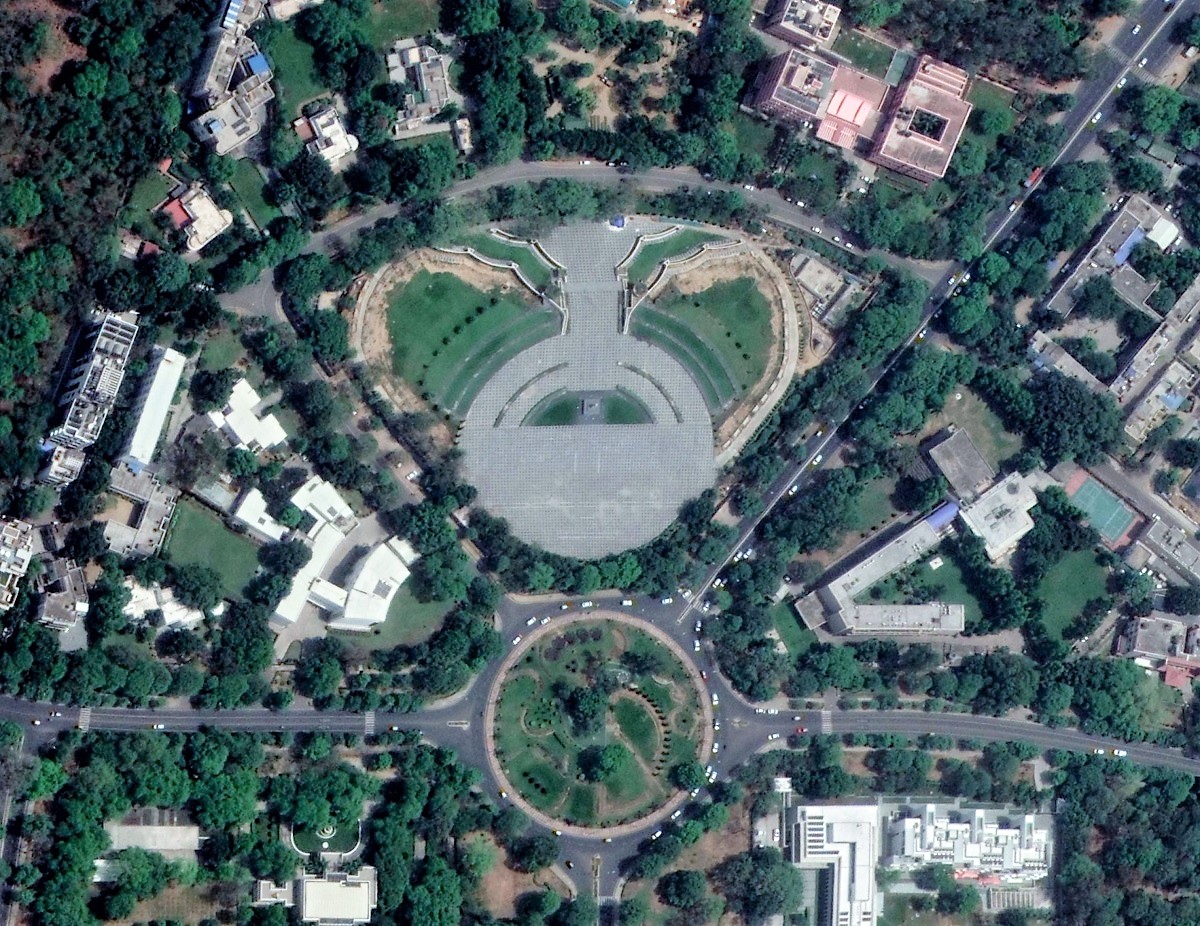 All images © Sarbjit Bahga except where mentioned.

> via inputs from National Police Memorial.