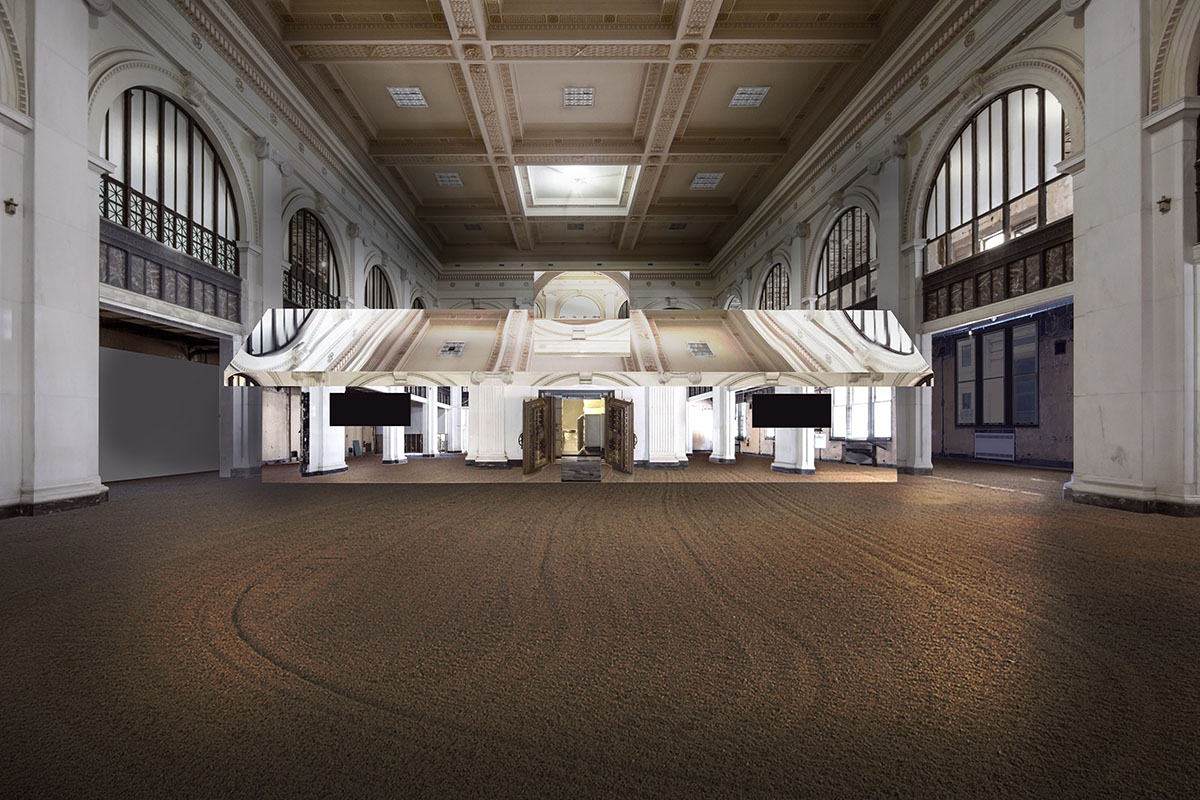 Called Mirage Detroit, the installation is set as a site-specific installation to be opened from October 10, 2018 in Downtown Detroit. This immersive, mirrored installation will reflect the entire space in which it is situated, activating this seminal historic building.

Produced by Detroit-based art gallery Library Street Collective, Aitken's work will be displayed with a calendar of soon-to-be-announced cultural events throughout the duration of its stay, including educational programs, musical performances, and conversations open to the public in partnership with organizations like Cranbrook Academy of Art and Art Museum, Museum of Modern Art Detroit (MOCAD) and College for Creative Studies.

Mirage Detroit is designed as a sculpture in the form of an American suburban house. Its one-story, sprawling design creates a labyrinth of rooms and corridors. Every surface and detail of the sculpture is mirrored, creating a human-scale kaleidoscope. It is a space that draws in and reflects everything that surrounds it, including the architecture of this archaic bank building.

The contrast is extreme, with reflections of the aged architectural details juxtaposed with the marble floor returned to a raw state covered in earth and stones. It is a constantly shifting landscape that incorporates the organic and inorganic, reflects the industrial past, and questions the future. 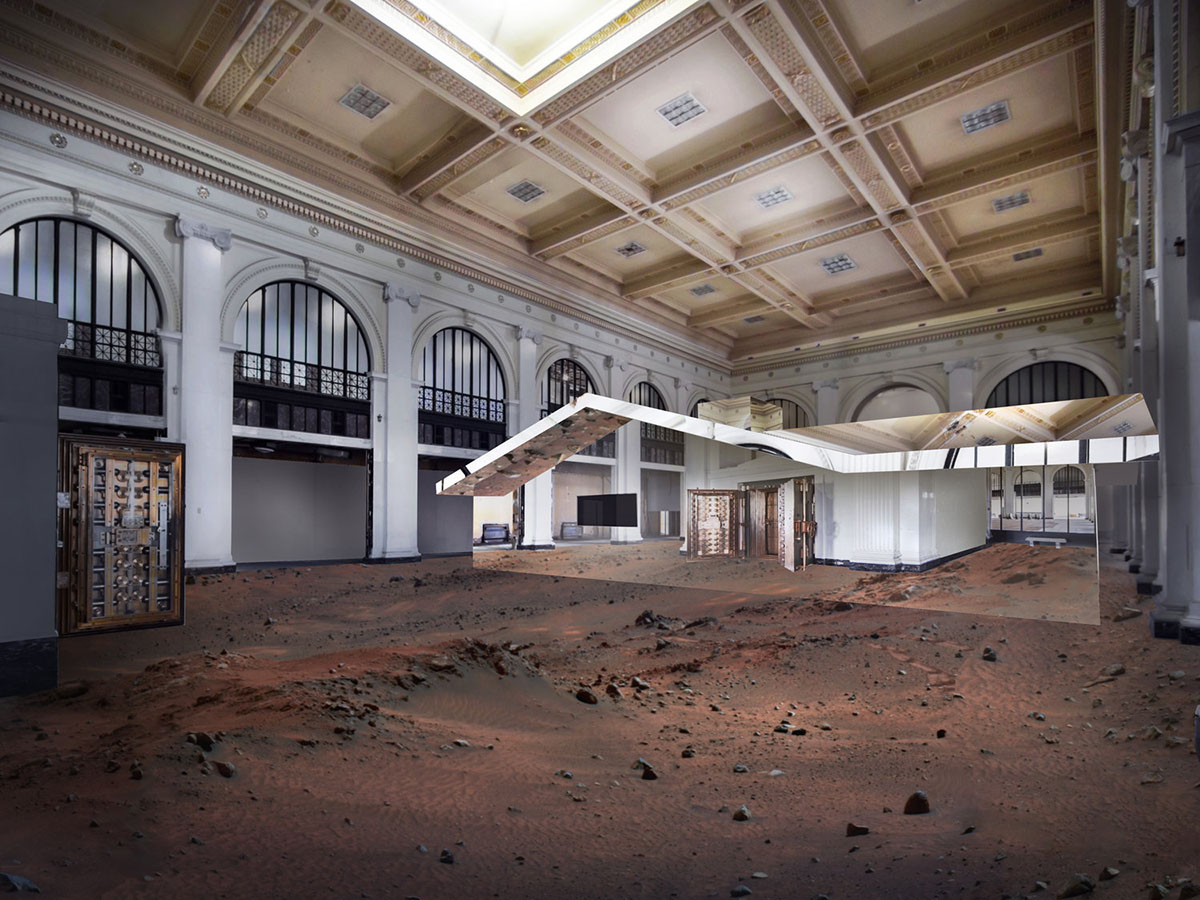 "Mirage Detroit presents a continually changing encounter in which subject and object, inside and outside are in constant flux. As Mirage Detroit pulls its surrounding landscape in and reflects it back out, this classic one-story house becomes a framing device, a perceptual echo-chamber," stated in the project description.

"Mirage Detroit is reconfigured as an architectural idea: the seemingly generic suburban home now devoid of a narrative, its inhabitants, their possessions. This minimal structure now functions entirely in response to the landscape around it."

"The doors, windows, and openings have been removed to create a fluid relationship with the surrounding environment. Like a human-scale lens, Mirage Detroit works to frame and distort the evolving world outside of it. There is no fixed perspective or correct interpretation. Each experience of this living artwork is unique."

The artist considered "light" as the key element within the space. The building will be void of natural light, with its windows darkened, while carefully choreographed white light will slowly move through the interior. 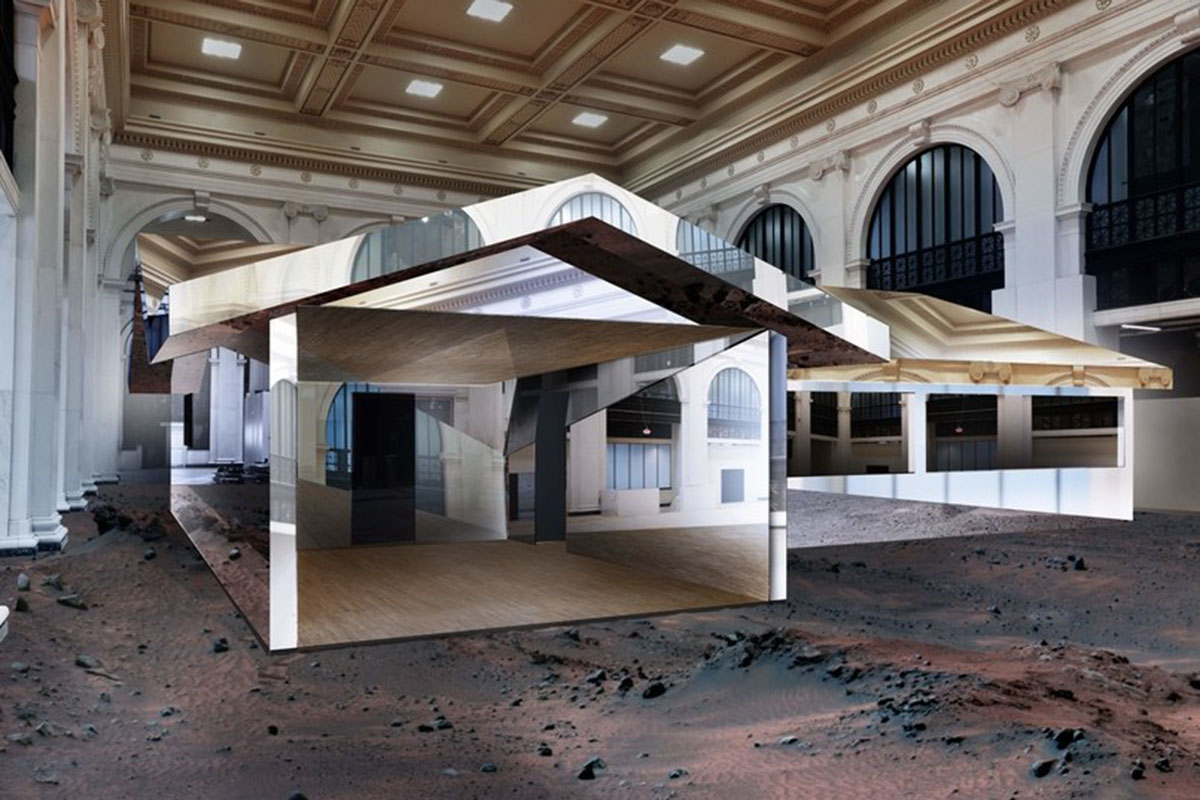 The lights will gradually shift sequentially along the architecture of the building, and their reflections on Mirage Detroit’s surface will change constantly. Mirage Detroit’s lighting is the result of the collaboration between Doug Aitken and renowned experimental lighting designer Andi Watson, who is known for his pioneering lightshows and for his long-term partnership with the band Radiohead.

The State Savings Bank, completed in 1900 and located in the heart of Downtown Detroit, has been unoccupied for decades. Mirage Detroit will mark some of the first public open access to the building. Mirage Detroit exists outside of the traditional museum and gallery system, an artwork that embraces the urban American landscape.

Unlike frequently used contemporary images of Detroit showing decayed and abandoned spaces, the State Bank appears the opposite, as if preserved in time. Embedded within the city’s landscape, Mirage Detroit speaks to the history of its landscape while looking towards its future.

All images courtesy of Doug Aitken