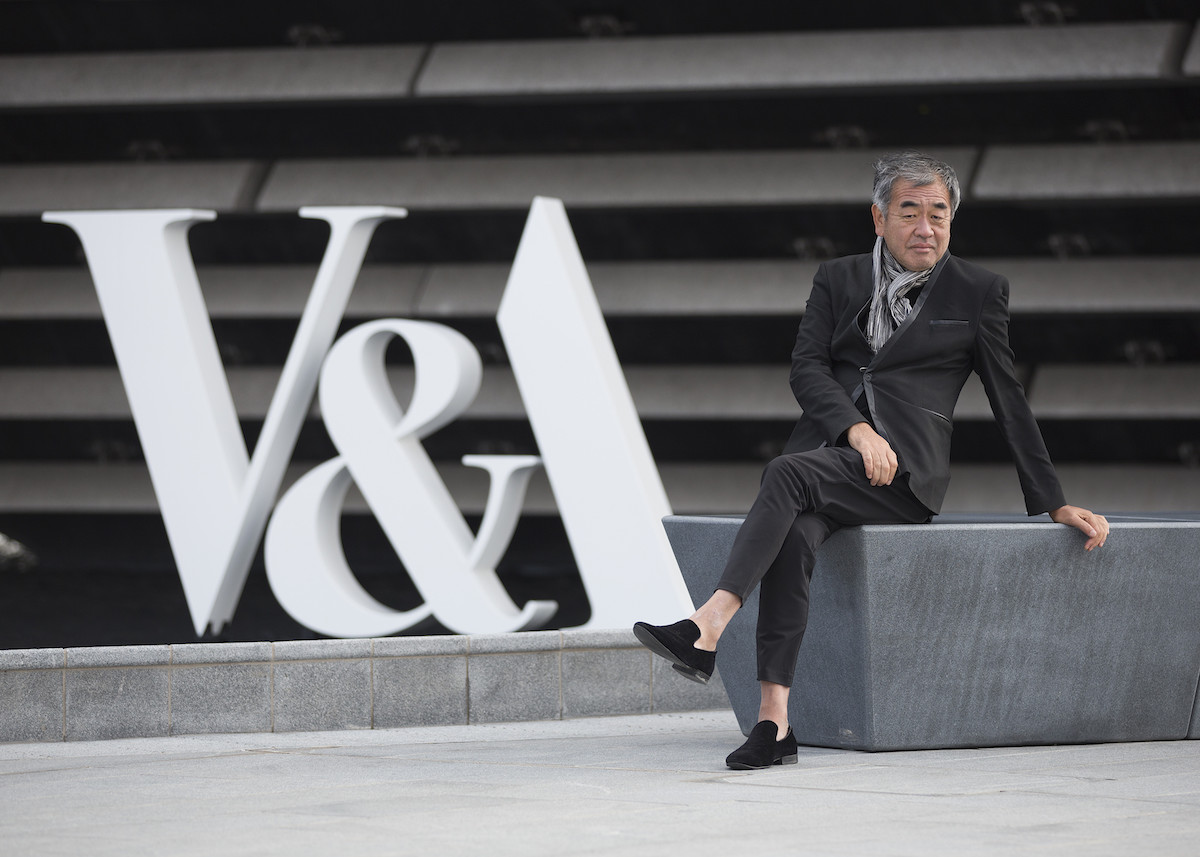 Scotland, as the homeland of many designers and innovators, has now proud of its new designed museum V&A Dundee. V&A Dundee, designed by acclaimed Japanese architect Kengo Kuma, has revealed its interiors for the first time recently and its doors have been opened to the public on Saturday 15 September 2018. 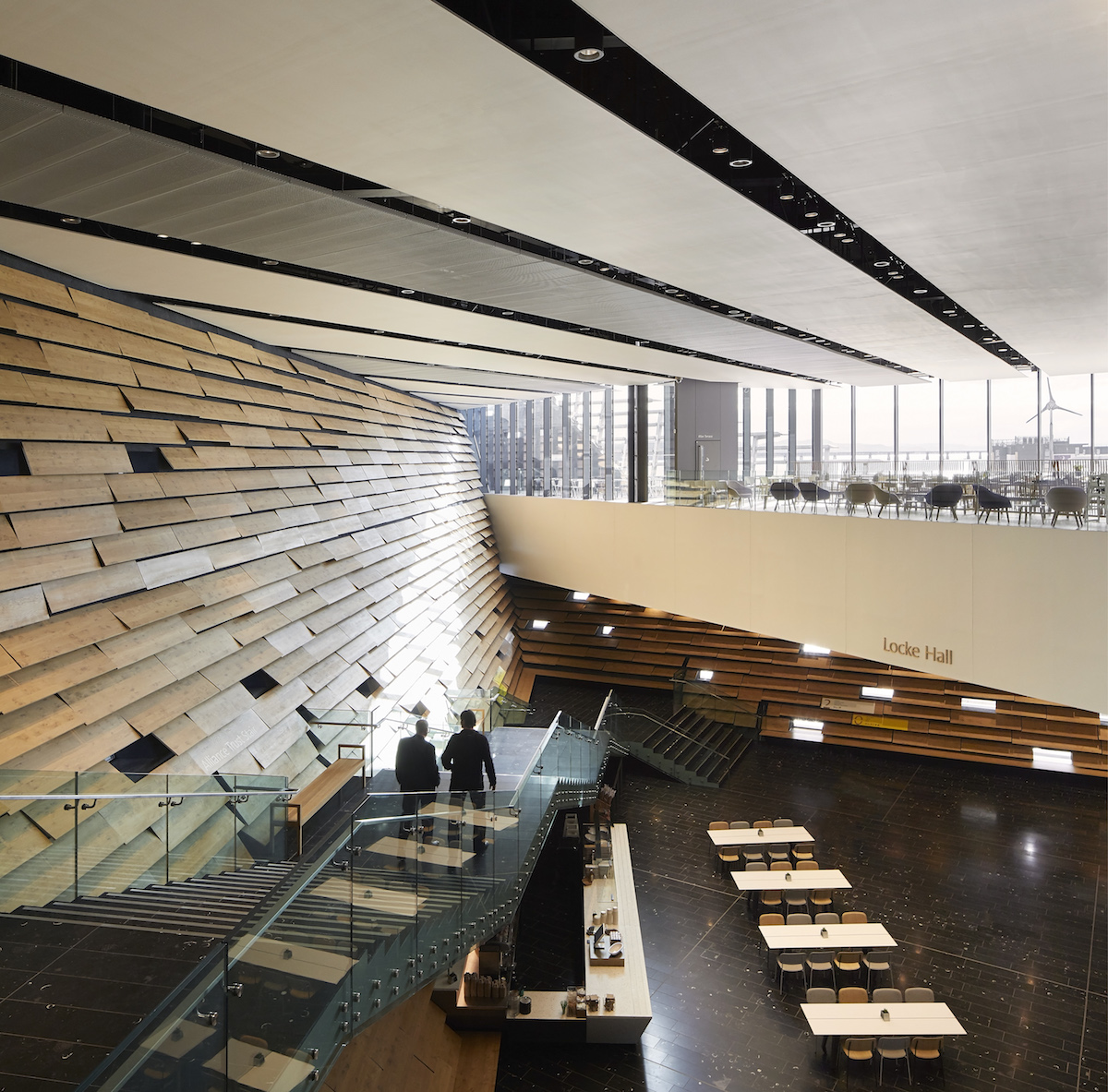 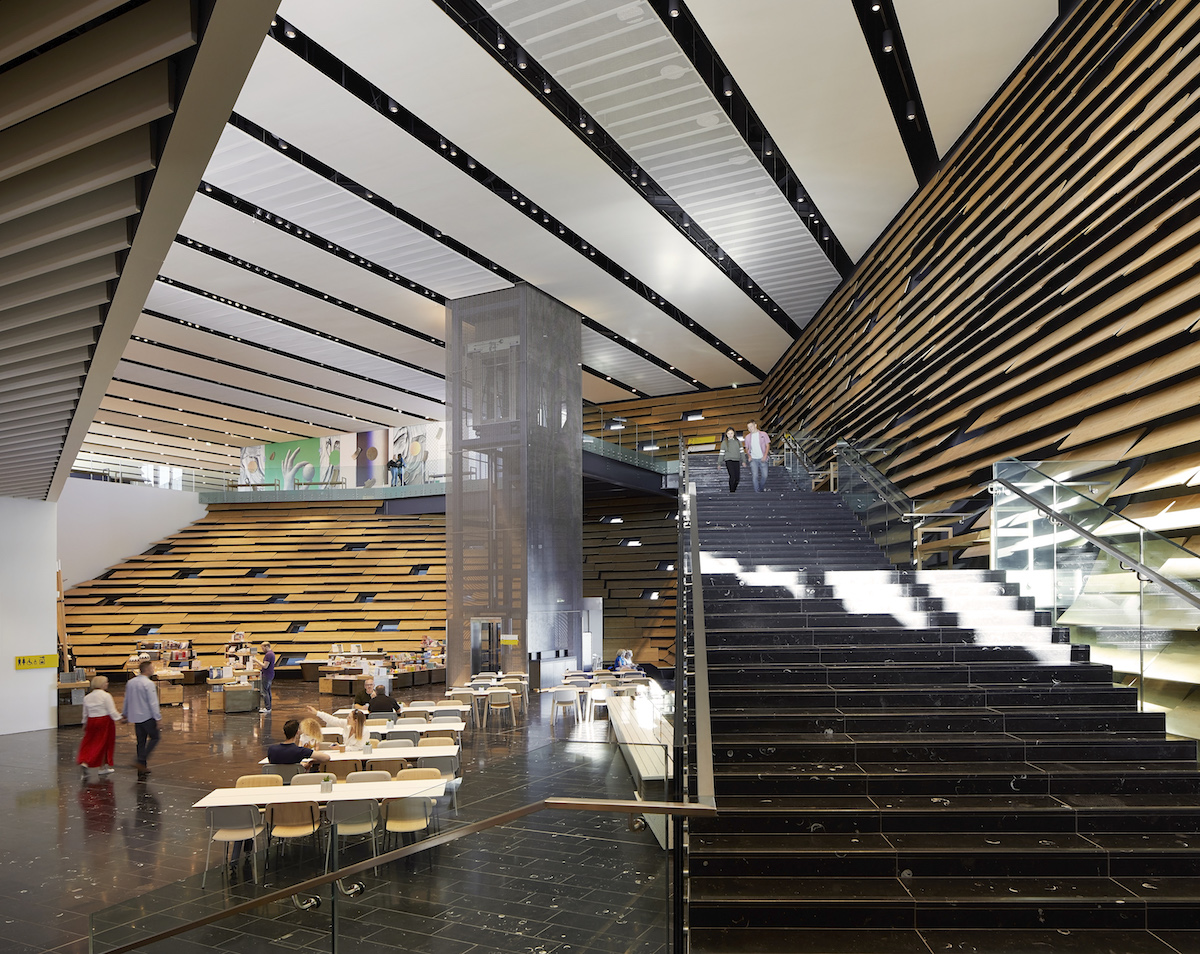 As Scotland’s first designed artefact, V&A Dundee is not an ordinary museum, it tells a global story, investigating the international importance of design alongside presenting Scotland’s outstanding design achievements.

"Scotland deserves a platform to showcase the breadth and scope of its creative talent past and present. To have a cutting-edge, bespoke environment, open to all is a major step in the acknowledgement of Scotland as a creative capital, and the endorsement an institution such as the V&A brings to the recognition of Scottish design is immeasurable," said the designer Holly Fulton. (Sophie Mackinley (ed), A Living Room for the City, V&A Dundee (V&A Publishing), pp.4.).

"That’s been vital to V&A Dundee’s development. The project is unusual in Scotland. It’s not the development of an existing institution. It didn’t have a collection of its own house or a building that needed to be improved. It is a new idea, about establishing a design institution that would help us understand our heritage and help new creativity, rooted in the local community, and with a national purpose and international reach," said Philip Long the director of V&A. (Sophie Mackinley) 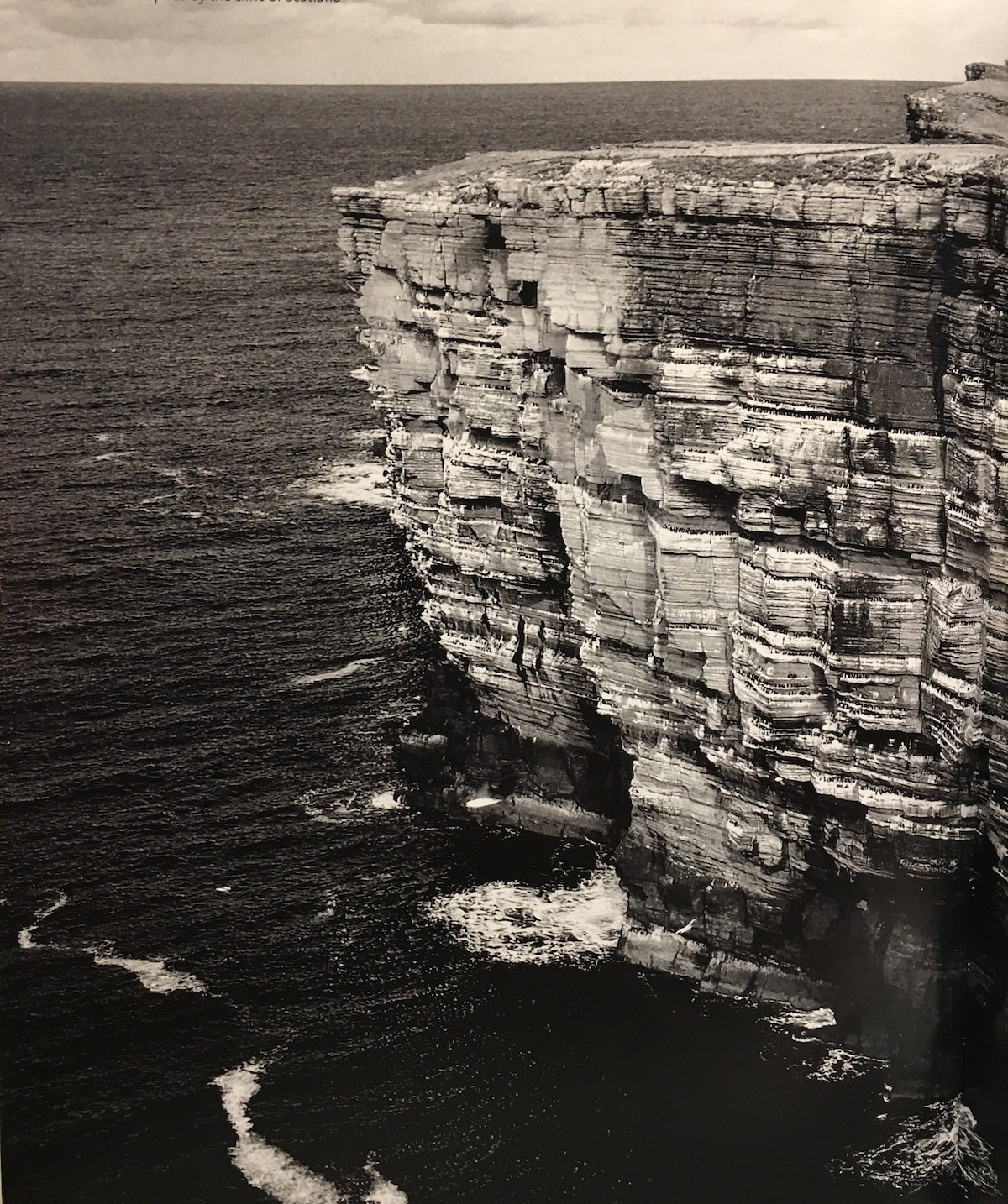 "As we started thinking about the project one of my colleagues showed me a picture of the cliffs of north-eastern Scotland- it’s as if the earth and water had a long conversation and finally created this stunning shape. The design of V&A Dundee attempts to translate this geographical uniqueness into the building by creating an artificial cliff," said Kengo Kuma. 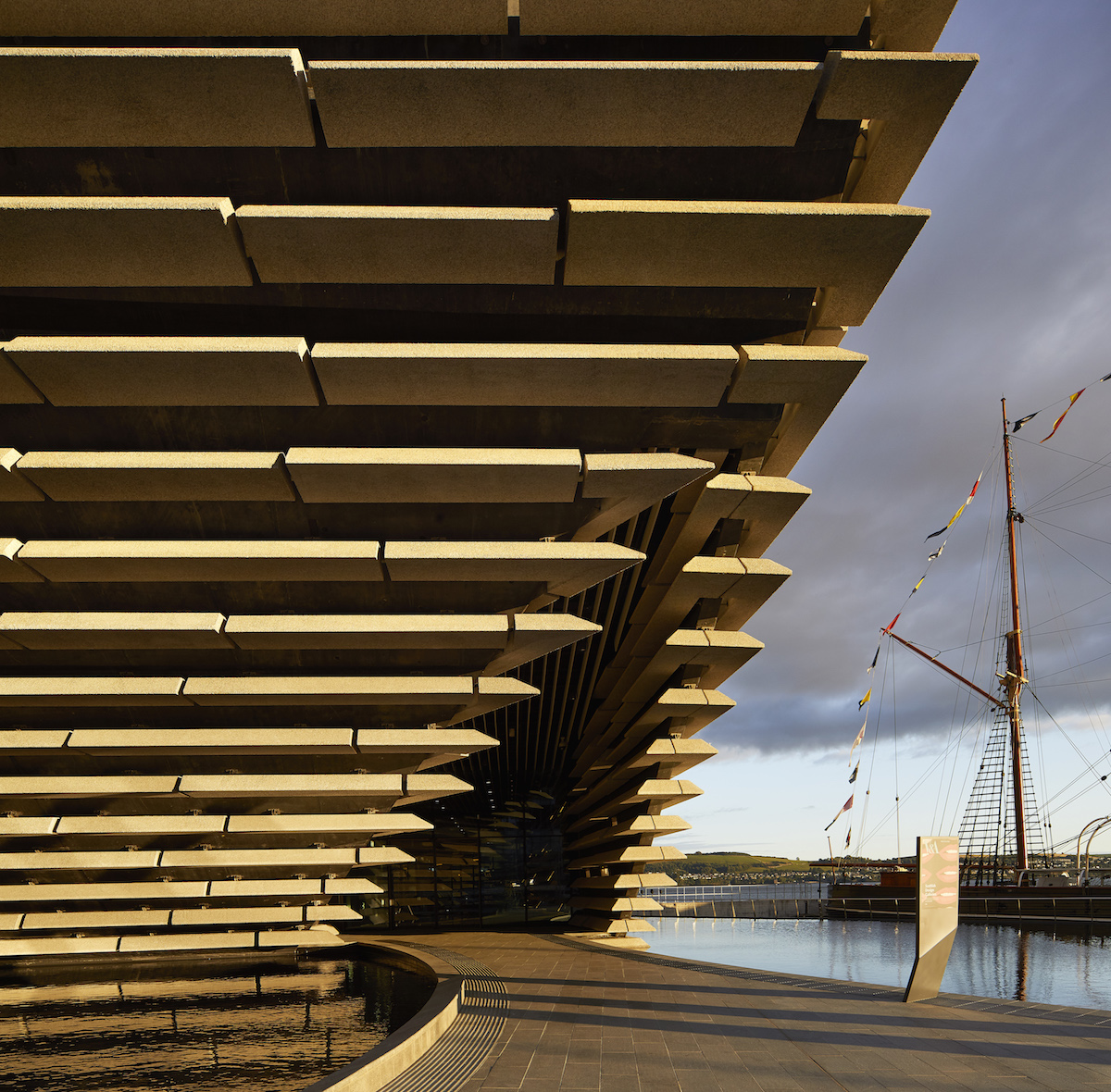 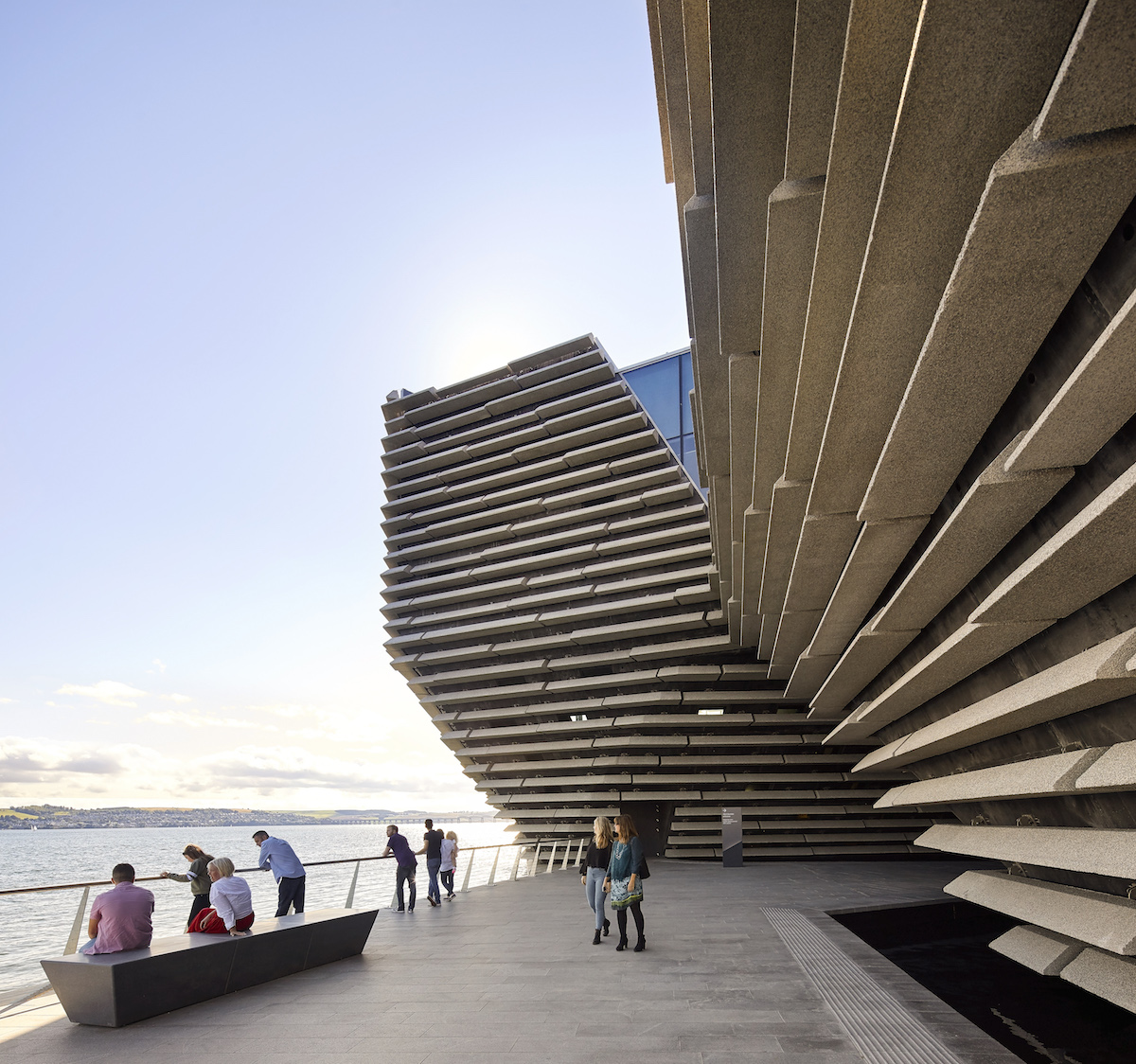 That the symbolism of the building derives from the hints of the most of Scotland, from nature and derives from "the future architecture" that is the opposite of what the 20th-century architecture did.

The uniqueness of the project for the architect is that the building sits in a very different position between land and water. 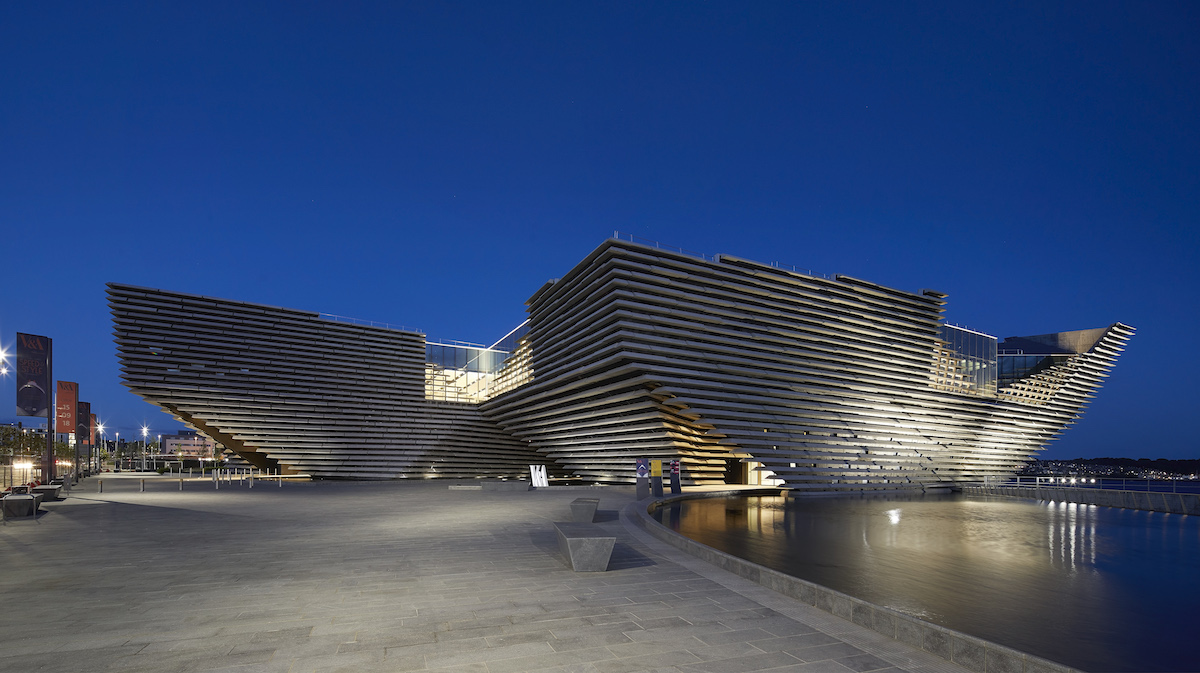 Whilst in the 20th century this relationship has broken, the architects try to link connection again by building the museum. And the museum is a kind of gate between the city and the river.

The reconnection is achieved by the idea of the gate, that is important in a Japanese shrine. In Japanse Shrines there is the arch, the gate that is called TORII in Japanese. The walls of TORII connect mountain and village that they expect the same function similarly. 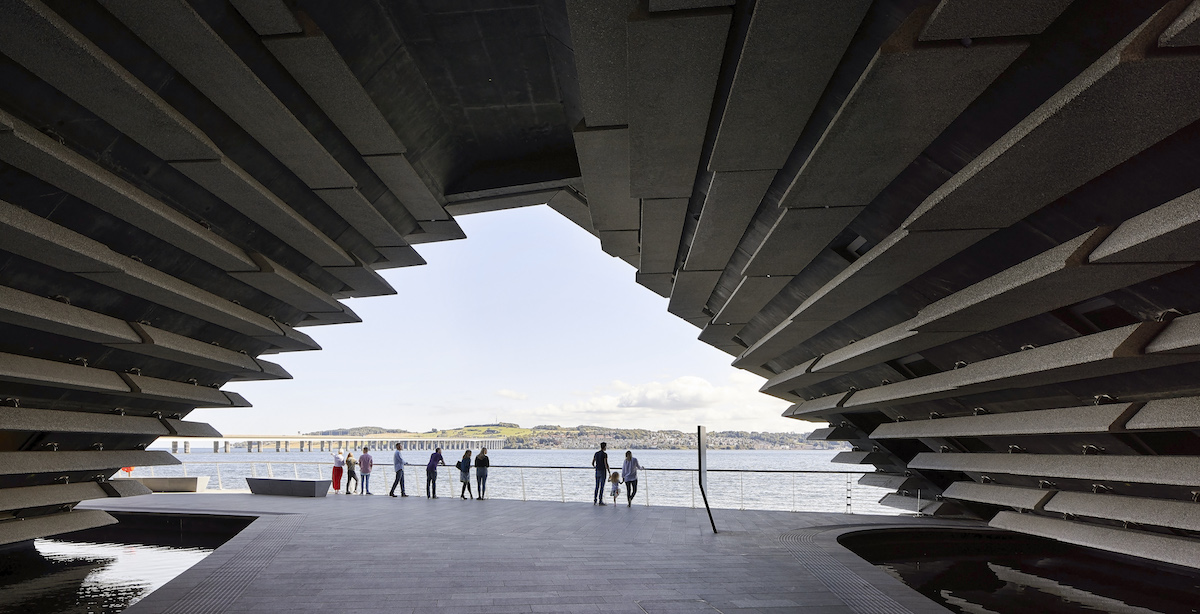 In the design principles of the structural elements, "cantilever section" is the core theme. "The cantilever section and a semi-covered space underneath as a kind of welcoming attitude to the community is very similar to the big cantilevers of the Japanese architecture” as said Kengo Kuma.

"Japanese Temple having a big roof and semi-covered space underneath the roof, that is a protection for people" is the significant symbolism/analogy of his design concept. 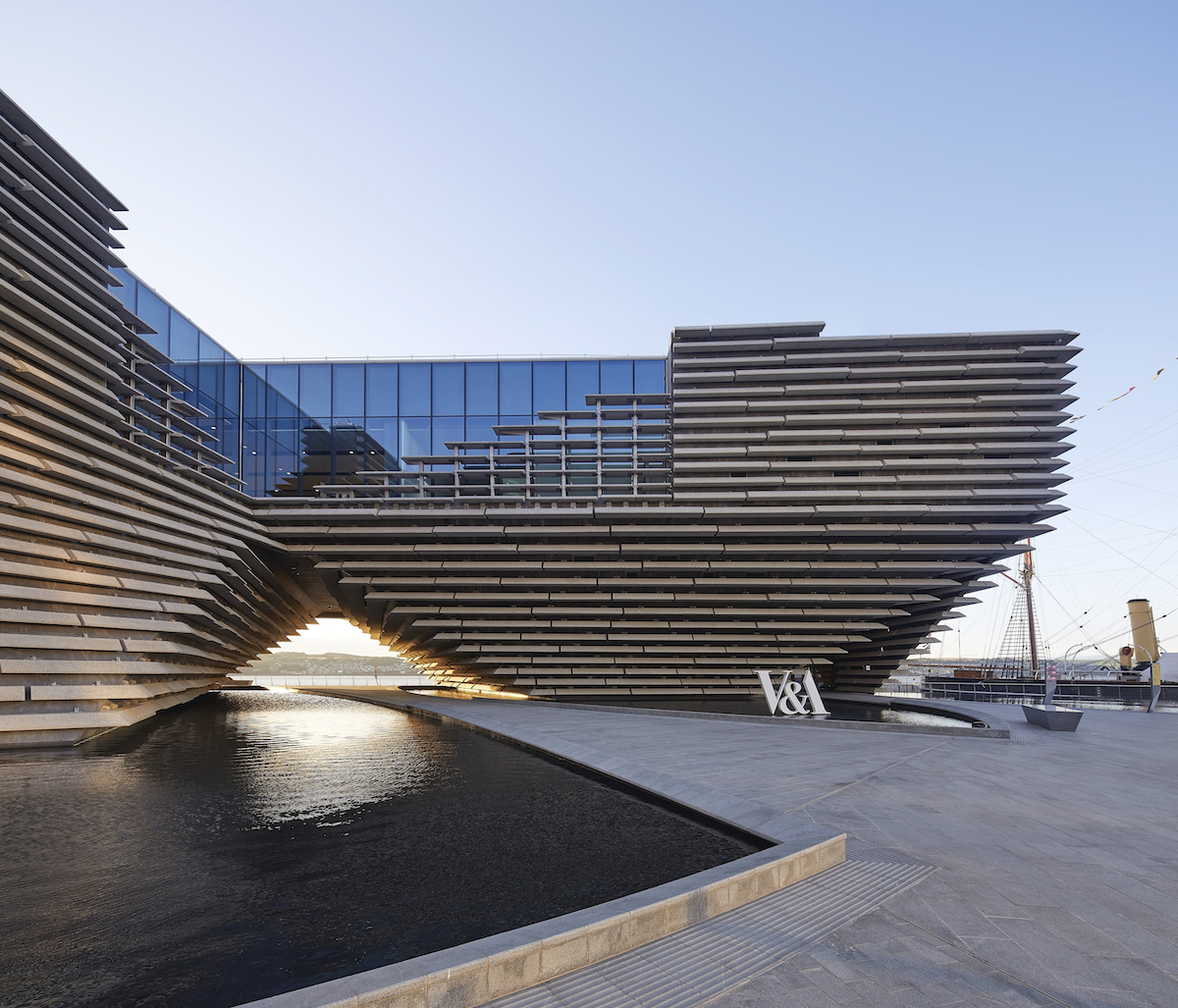 Having mentioned that, V&A Dundee building relationship with River Tays is very important along with the museum’s relationships with the Union Street and the city, the architectural team has designed each façade carefully with respect to neighbours and then as Kuma said "eventually they achieved a high level of intimacy that is very different than the monumentality of the 20th century architecture."

Whilst having a significant amount of the total volume of the building, the twisted movement of the main structure of the building along with the appearance of the cut smaller stones enabled the building as intimate as the architect wished, which is as pointed Kengo Kuma "a very different approach from typical concrete boxing of the 20th century architecture that in this century experienced the shapes were used to create buildings as the buildings are trying to be monumental and separated." 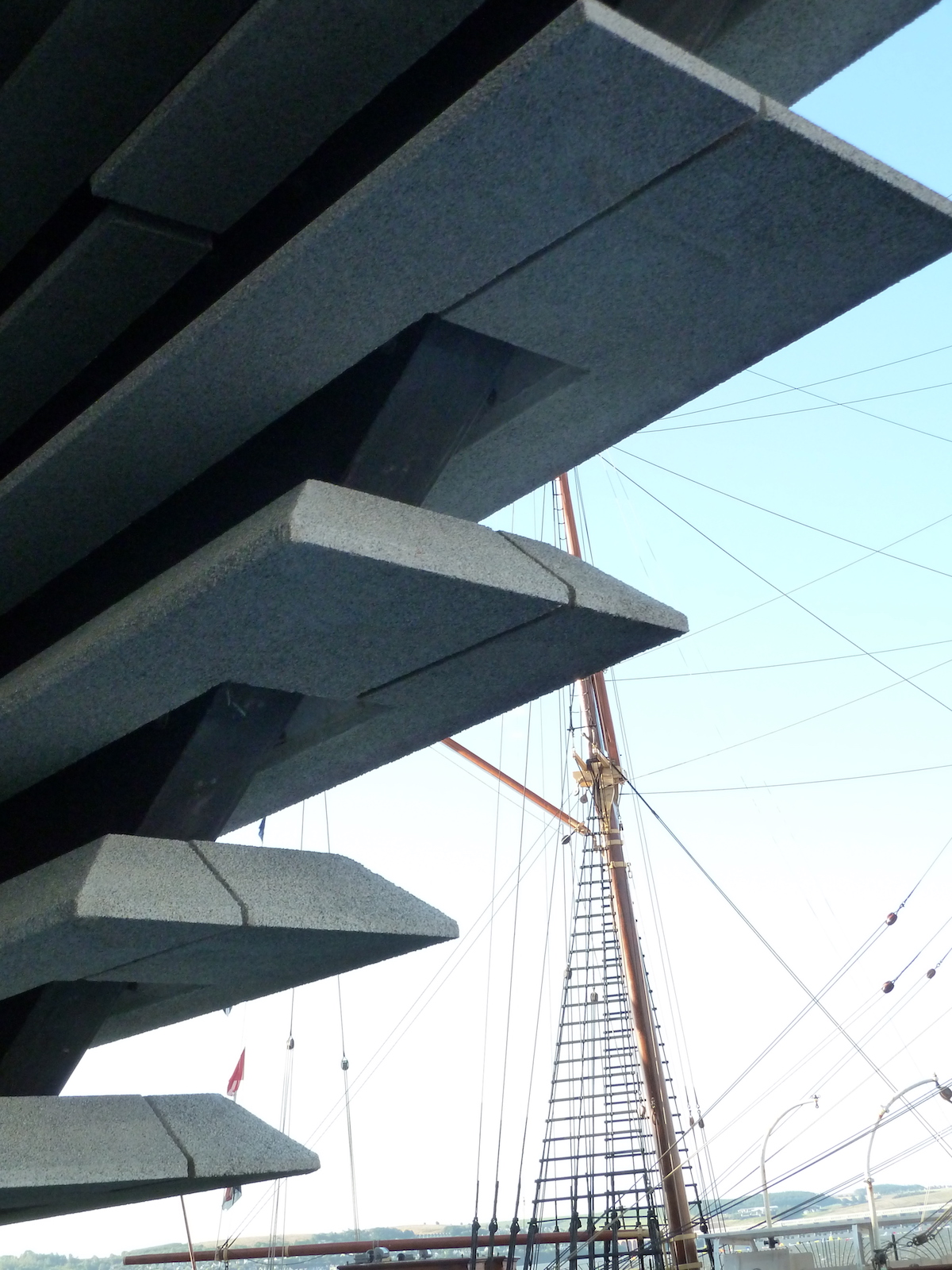 The beauty and basis of the architecture of Dundee are that the city’s beautiful stone buildings. The texture of the stone masonry of the city has inspired architect’s work in his decision of using precast concrete and unique texture on the façade that “they tried to create the echo of the whole city”’ said Kuma.

Having talking on the details of the fixation of stones to the main building, the architect has said that they "invented a new joint system to adjust the smaller precast concrete stones to the main concrete building that is enabling the twisted movement as well."

The visibility of the metal fixation of the elements by the visitors has the aim that the architects aim to show the technology behind the design, due to the fact that the technology has always been very important for the Scottish culture. 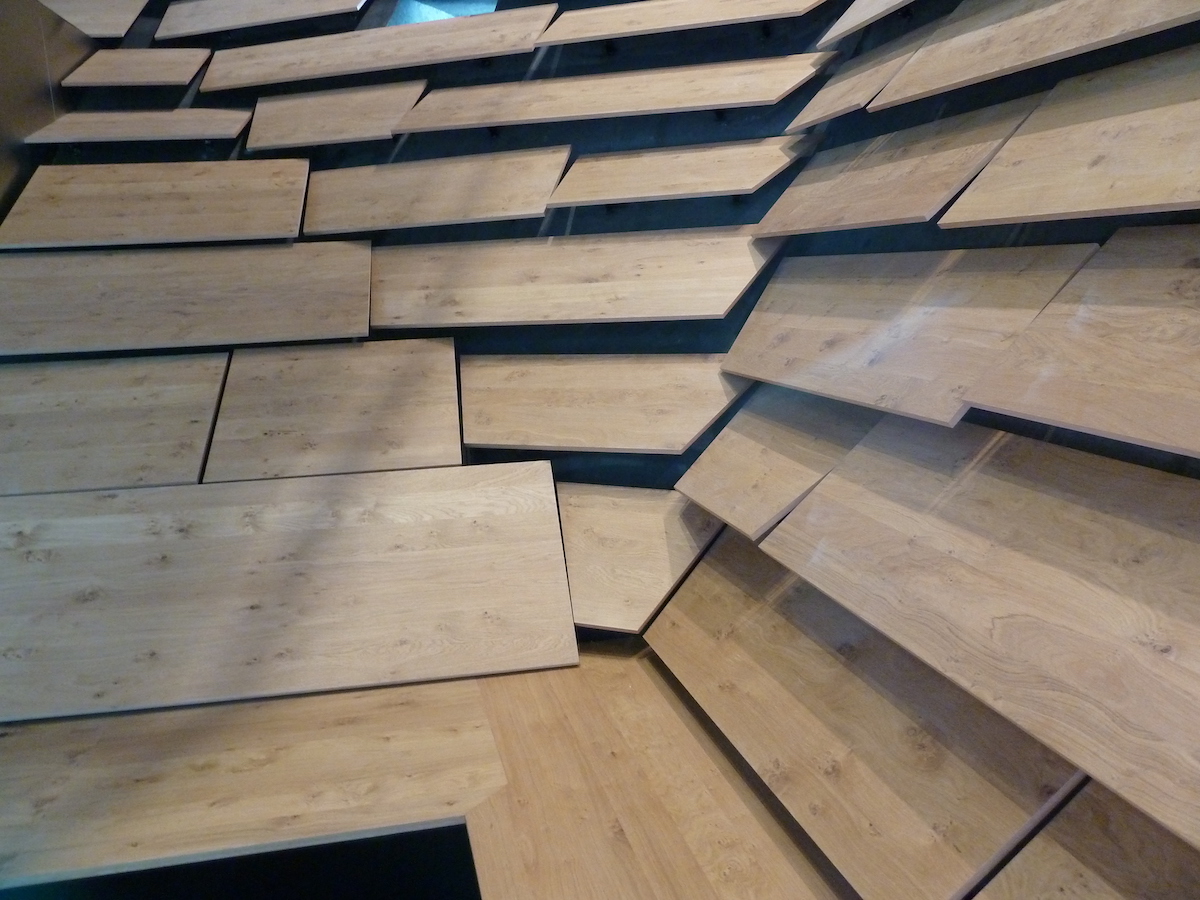 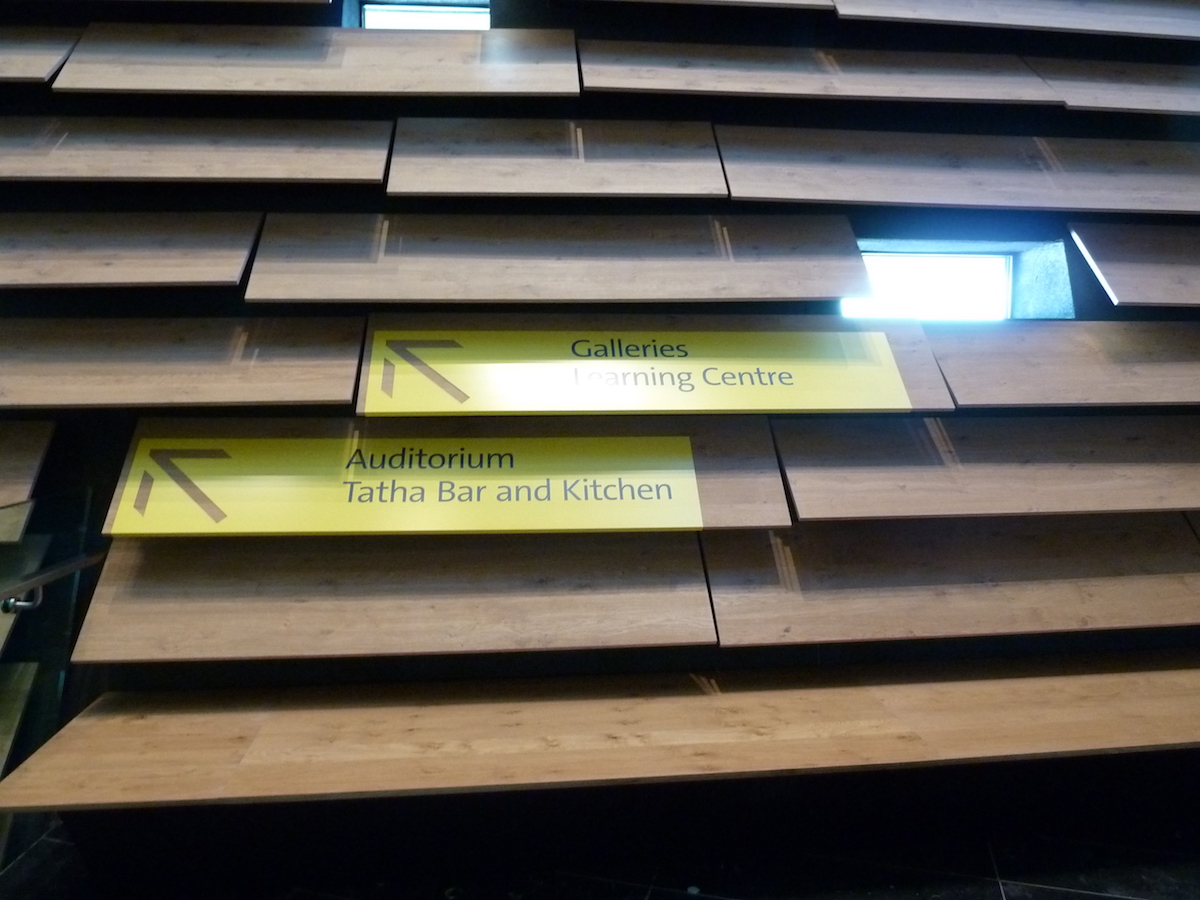 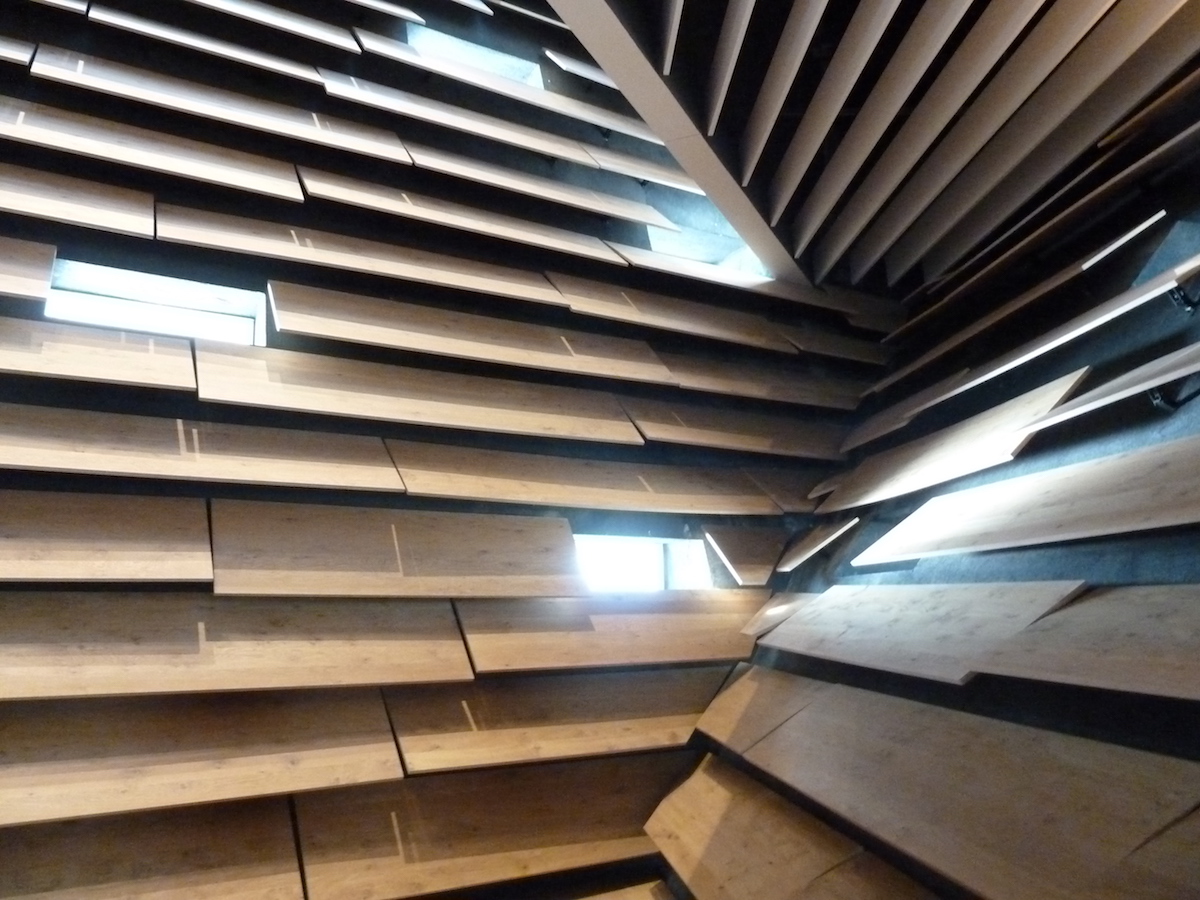 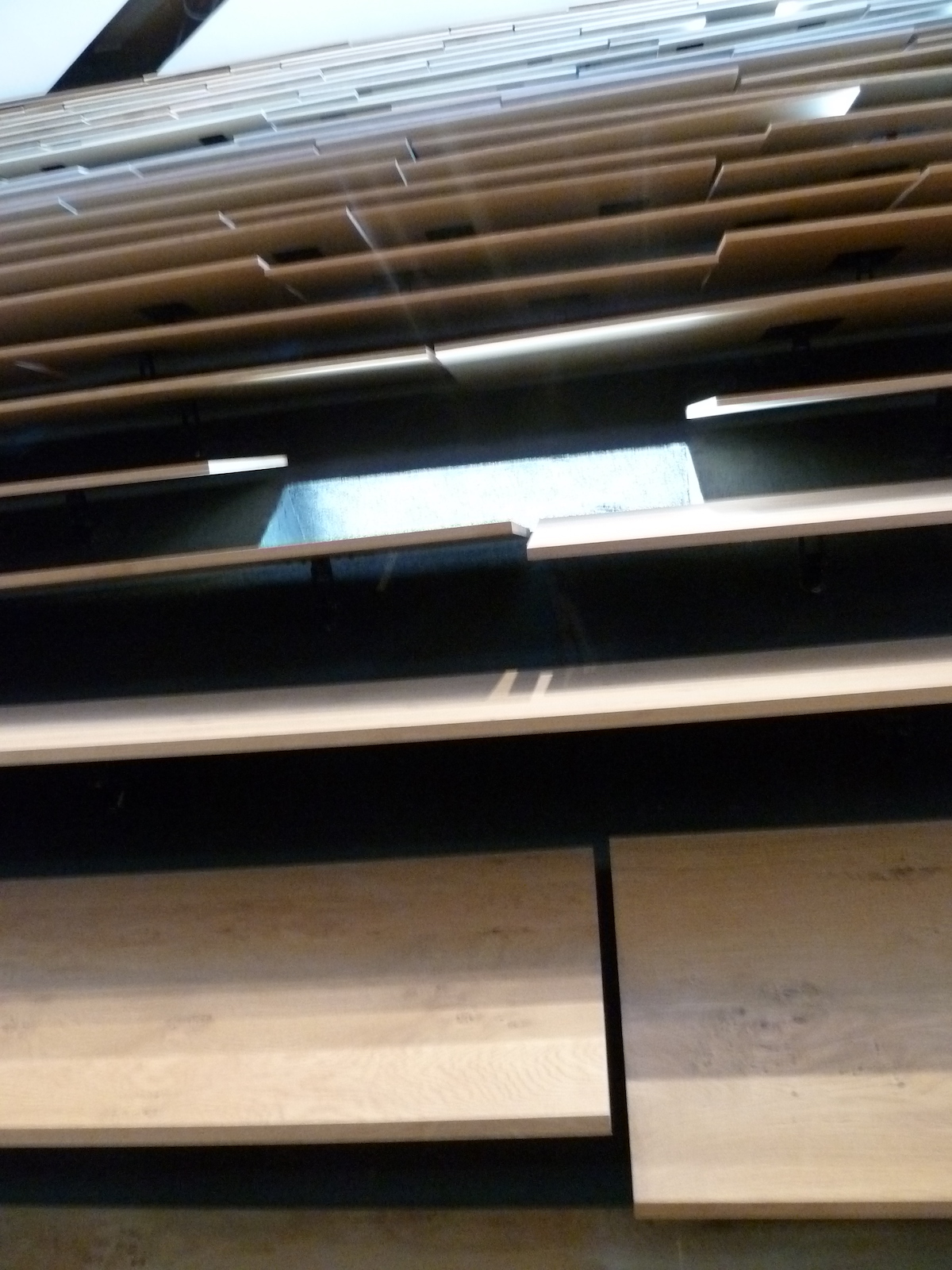 The oak room and the discovery of the Charles Henri Macintosh fascinated most of the people in the architectural profession that he has a significant interest in and similarities with the Japanese architecture.

In the 19th century, there was a discovery of east and Macintosh is the best example of that cultural exchange/ cultural founding. Said that by Kengo Kuma, "when he saw Macintosh’s building when he was a student, he was so surprised that he said it was very Japanese." 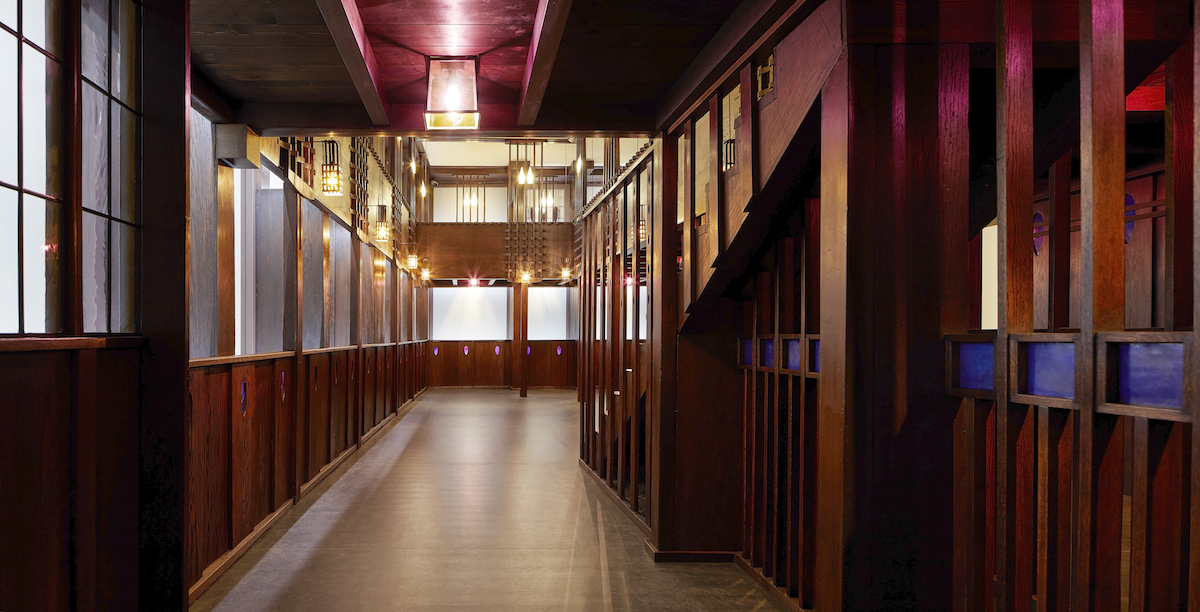 Japanese quality, Japanese sensitiveness and Japanese delicacy existed in his design. In that sense, Macintosh was one of the heroes and mentor to him, that was surprisingly most of the architects do not aware of that there is a strong relationship between Scottish culture by Macintosh and Japanese architecture.

"Now another kind of cultural exchange is happening between east and west. This museum can be the big change to articulate that exchange happened in the past. To have an oak room that it has an amazing restoration, in the central exhibition halls can be the trigger of the interest of east to west and interest of west to east," said Kuma. 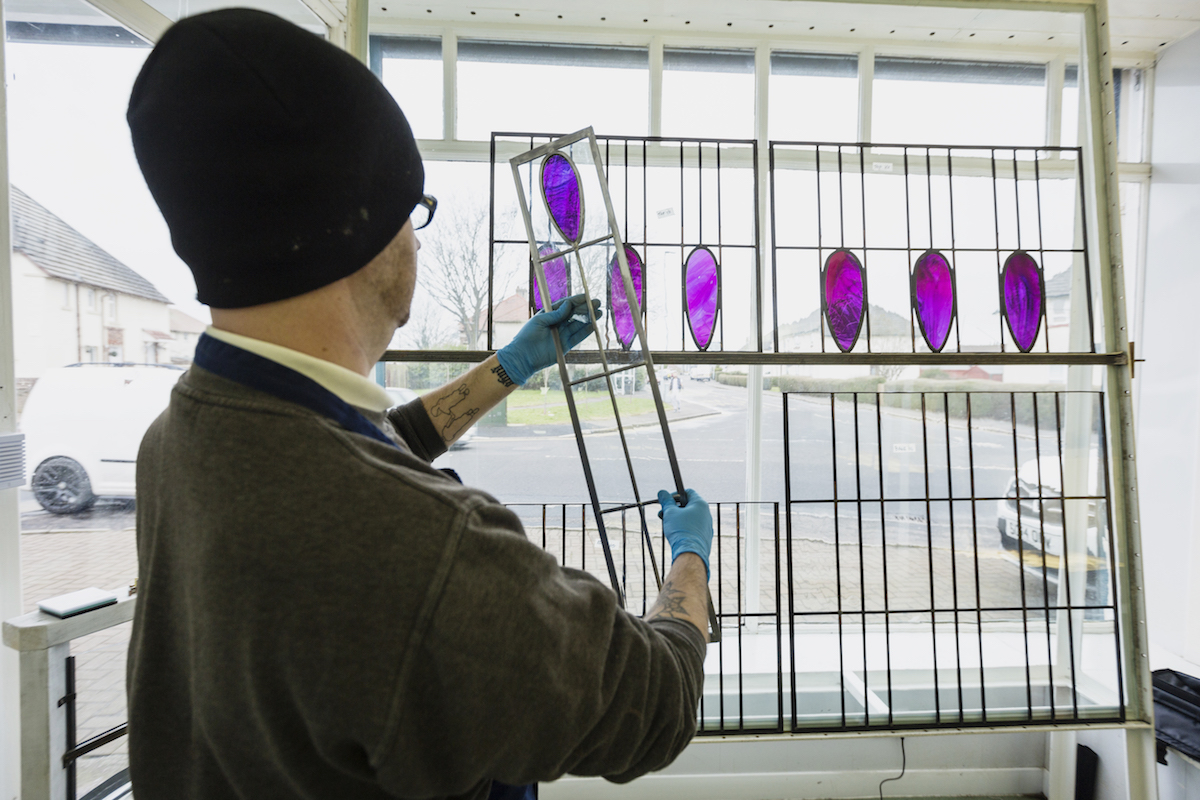 The architect believes and his expectation that they build a kind of museum, kind of design that can change the city. This building is between nature and land, having said by Kuma that he was very satisfied with the final set of the museum, though they had to push it due to practical reasons. He believed that they achieved a special relationship with nature whilst architecture is basically separated from nature as being a monument. 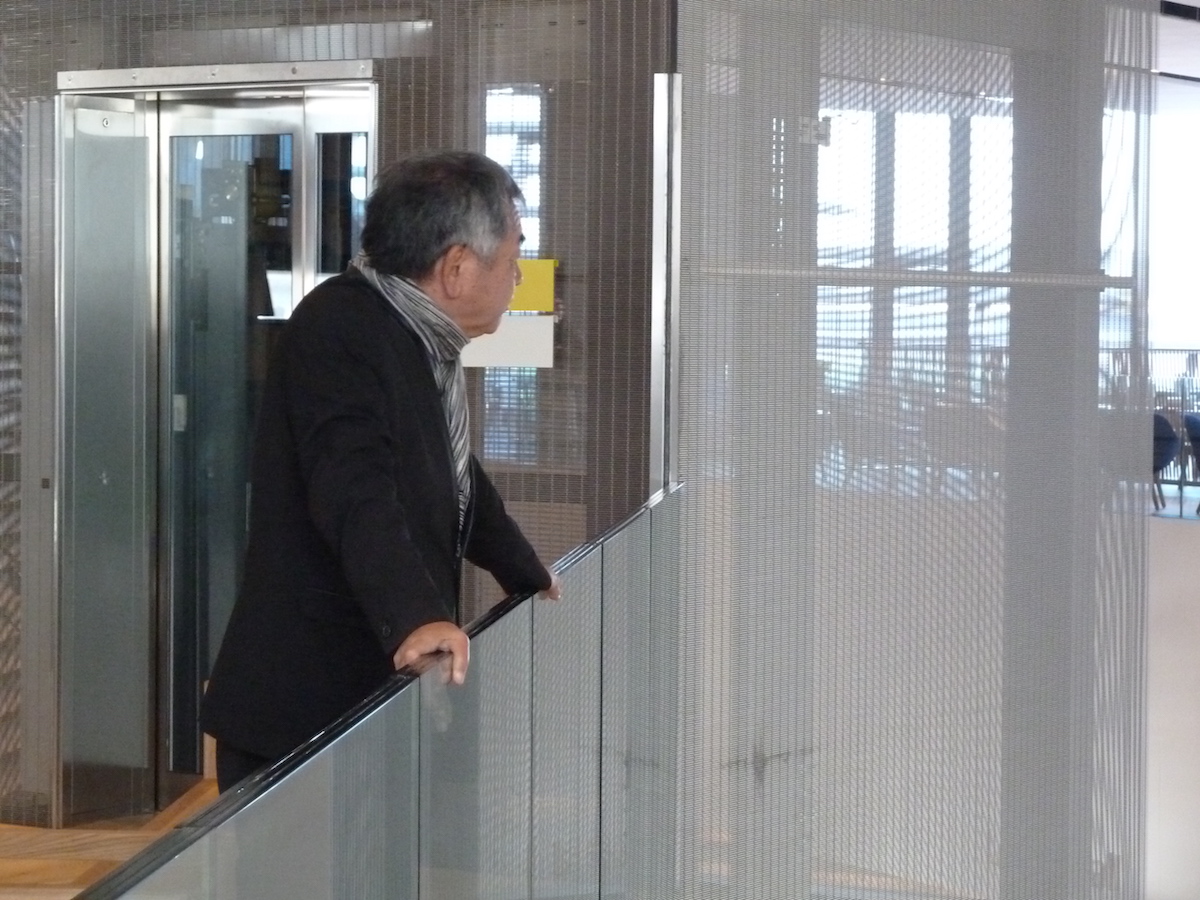 "Even before the V&A opened its doors in Dundee there has been a tangible growth in the confidence of the city. The investment that V&A represents is an explicit recognition that the creative design community in Dundee is globally significant," said Professor Gregor White, Head of School of Design and Informatics, Abertay University.

"Design affects every aspect of our lives, from the clothes we wear, the buildings we inhabit and the transport we use, to the processes we invent and endure. It is, in short, the mirror we hold up to ourselves and our society; sometimes dreary, careless, or mean; sometimes elegant, generous and life-enhancing. V&A Dundee gives us the opportunity to enjoy, celebrate and encourage talent and to help ensure that it is used for the common good," said Mark Jones former Director of V&A (Sophie Mackinley, pp.4). 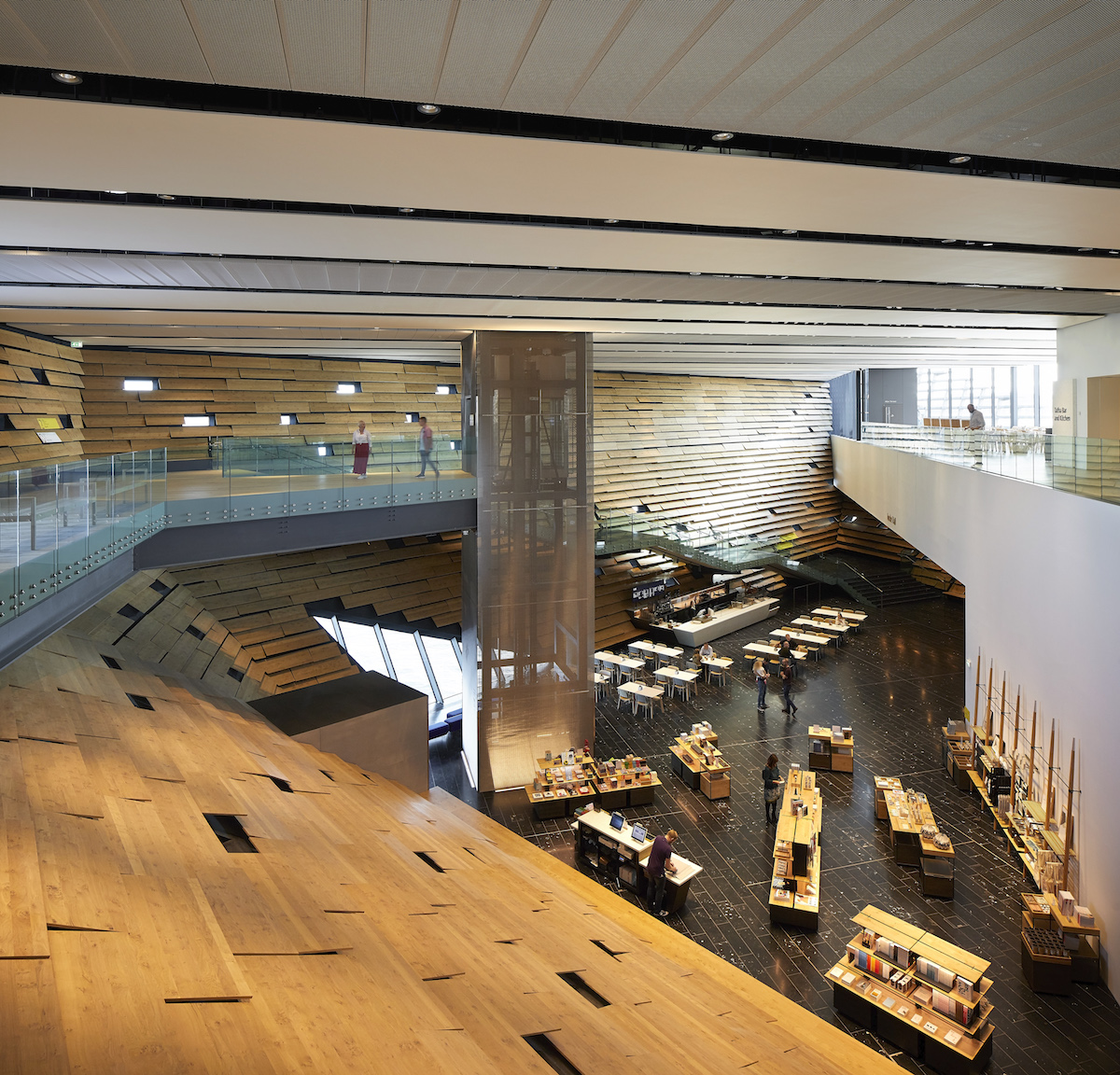 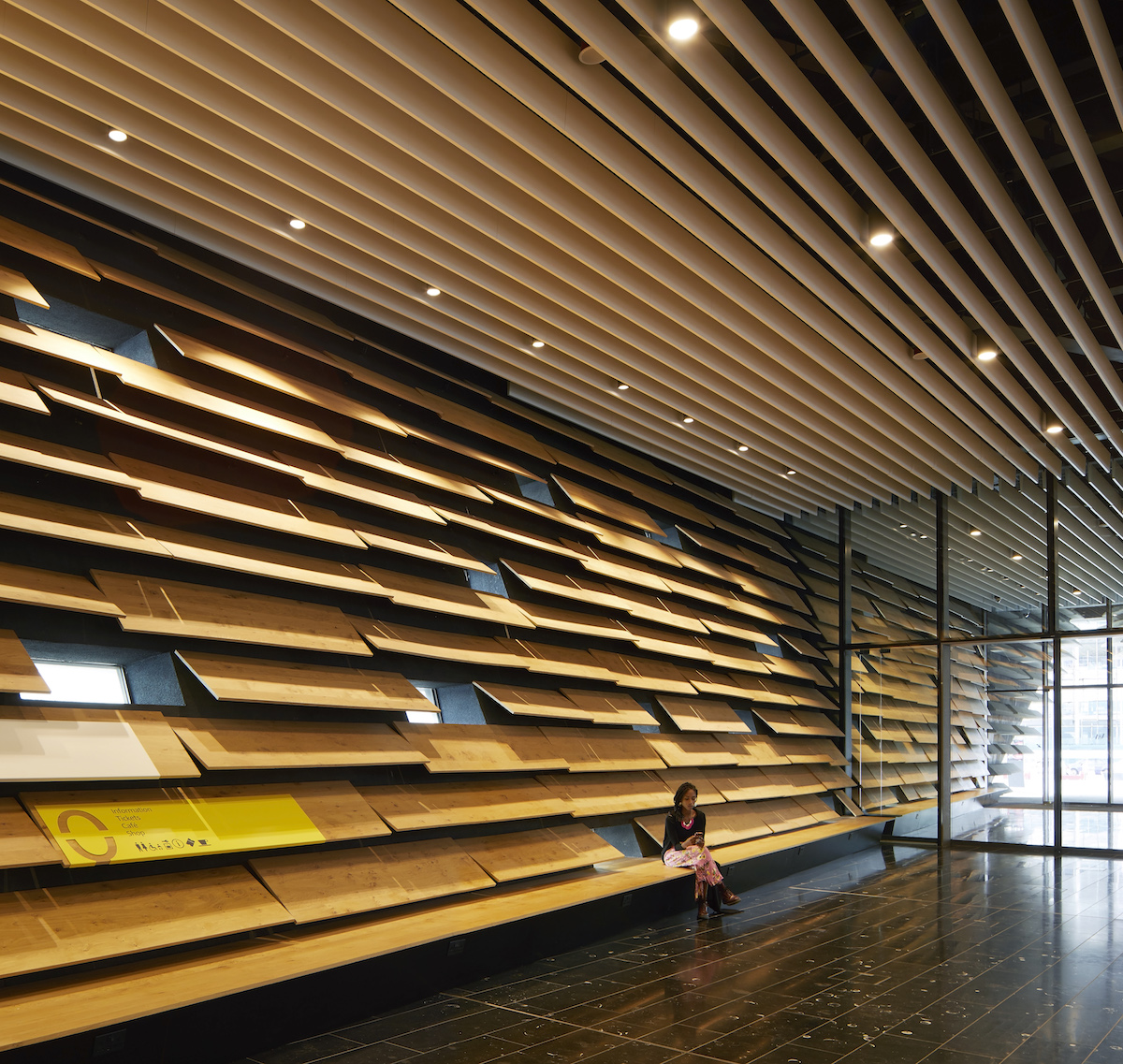 "Scottish people have always been innovators. We excel in the creative industries, hugely boosting the UK economy and exporting our talent and ingenuity around the world. In my field- the world of film and theatre- designers are working at the top of the profession and in demand around the world. It’s great to see Dundee celebrating design in all its many guises;" said Bunny Christie, Theatre and Production Designer (Sophie Mackinley). 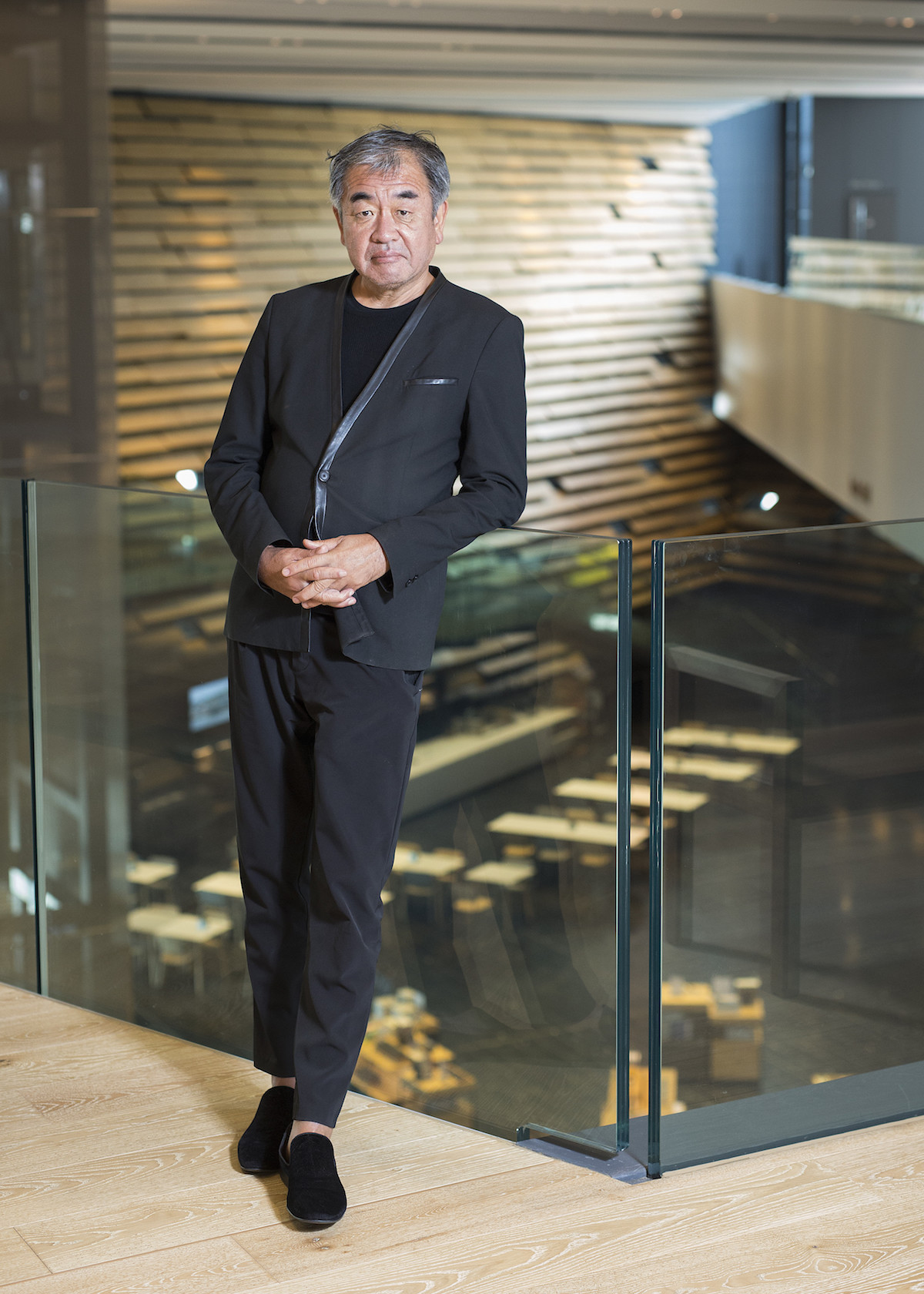 V&A Dundee has a floor area of 8,445 square metres and includes the main hall, learning centre, auditorium, exhibition galleries and the permanent Scottish Design Galleries. At the ground floor level, it is arranged as two separate buildings. These join together on the upper second floor.

Visitors enter V&A Dundee through a large and beautiful main hall, a light-filled space intended by the architect to be welcoming and accessible, a vibrant place to socialise with a café, shop and other visitor facilities. The stepped interior walls are lined with hanging oak-veneered panels, pierced throughout by slot windows which create a dynamic, warm and playful light, as well as views out to the river.

The floor of the main hall and staircase is set with Carlow Irish Blue limestone, which includes visible fossils of sea creatures and plants, millions of years old. The dark stone with fossil detail was chosen to continue the connection to sea and nature throughout the building. A glass lift offers dramatic views as visitors rise up to the upper second floor.

The white concrete used in the café, restaurant and on the shop's cash desk pays homage to the River Tay's endangered freshwater pearl mussel. The concrete has been mixed with mussel shells, a sustainably sourced by-product of the local UK food industry and local shores, then cast in bespoke forms and polished to reveal their whites, blacks, greys and blues.

A mezzanine first floor includes a picnic room for schools to book during the week and freely available for at the weekend, as well as a Changing Places facility.

The upper second floor has views across the main hall, through the restaurant and out to the River Tay, with visitors welcomed into an open foyer connecting the Michelin Design Gallery, the Thomson Learning Centre to both the exhibition galleries and the permanent Scottish Design Galleries. The floors on the upper level and within the galleries are laid with European oak, and bamboo is used for the floor of the restaurant and floor and walls of the picnic room.

V&A Dundee has the largest museum-standard temporary exhibition space in Scotland, at 1,100 square metres, in addition to the Scottish Design Galleries at 550 square metres.

Also on the upper floor is a suite of learning spaces, designed to provide a diverse programme for all to participate in design creativity. Adjacent is a design residency studio where designers. Can share work in progress with visitors, a multi-purpose auditorium for conferences, design jams and community events, and a restaurant with spectacular views through floor to ceiling windows. 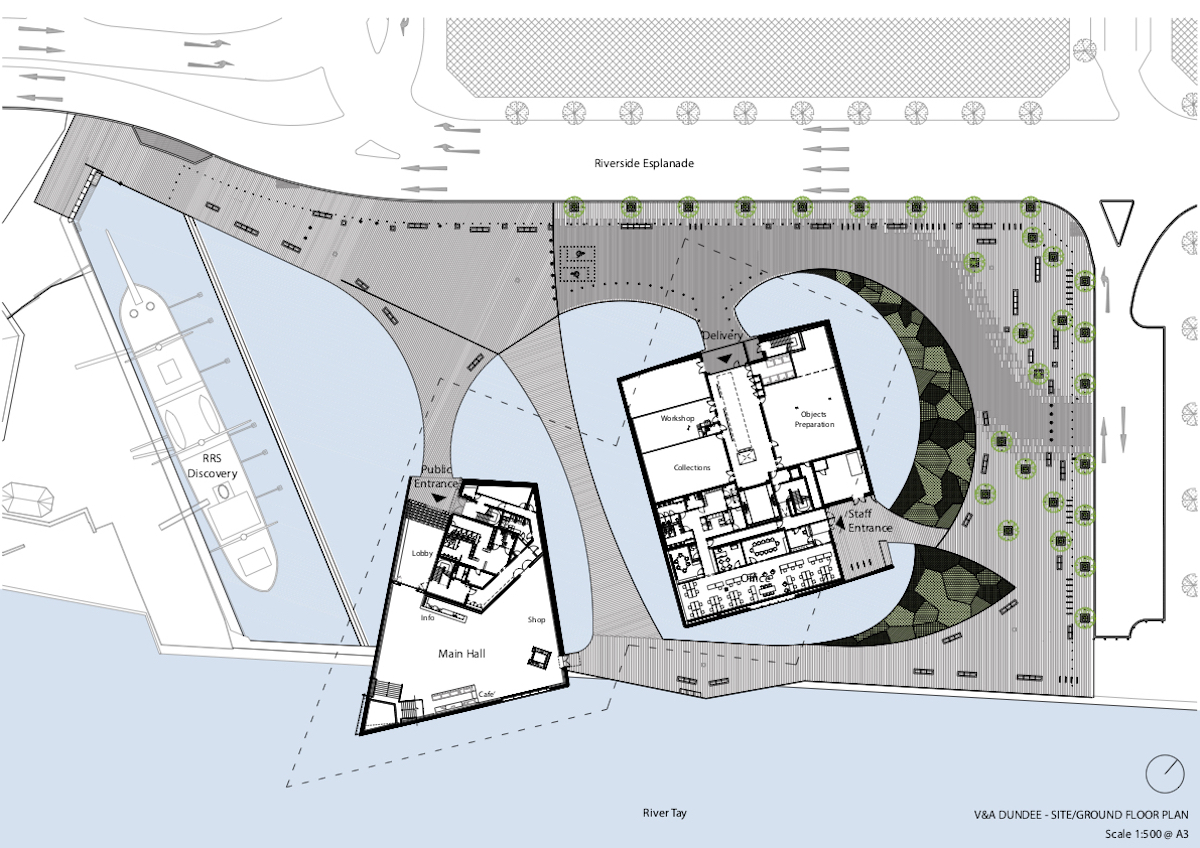 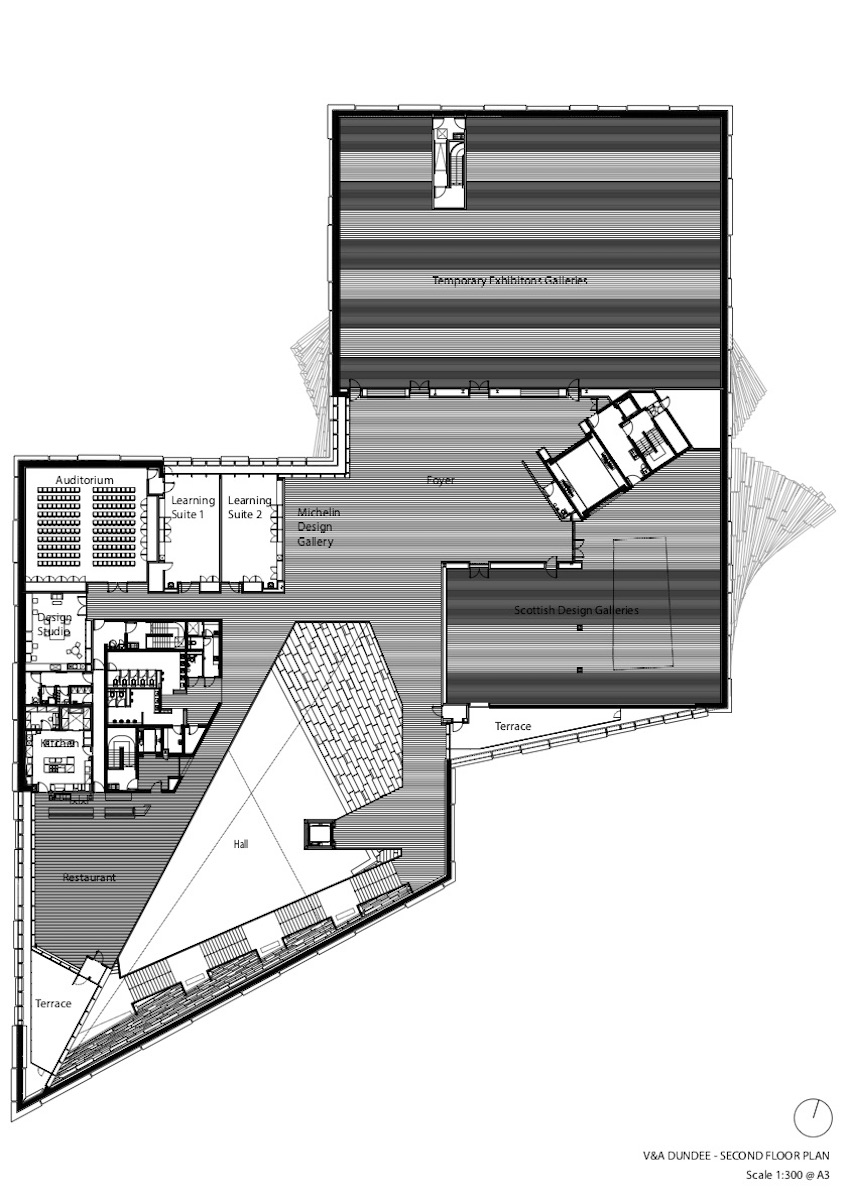 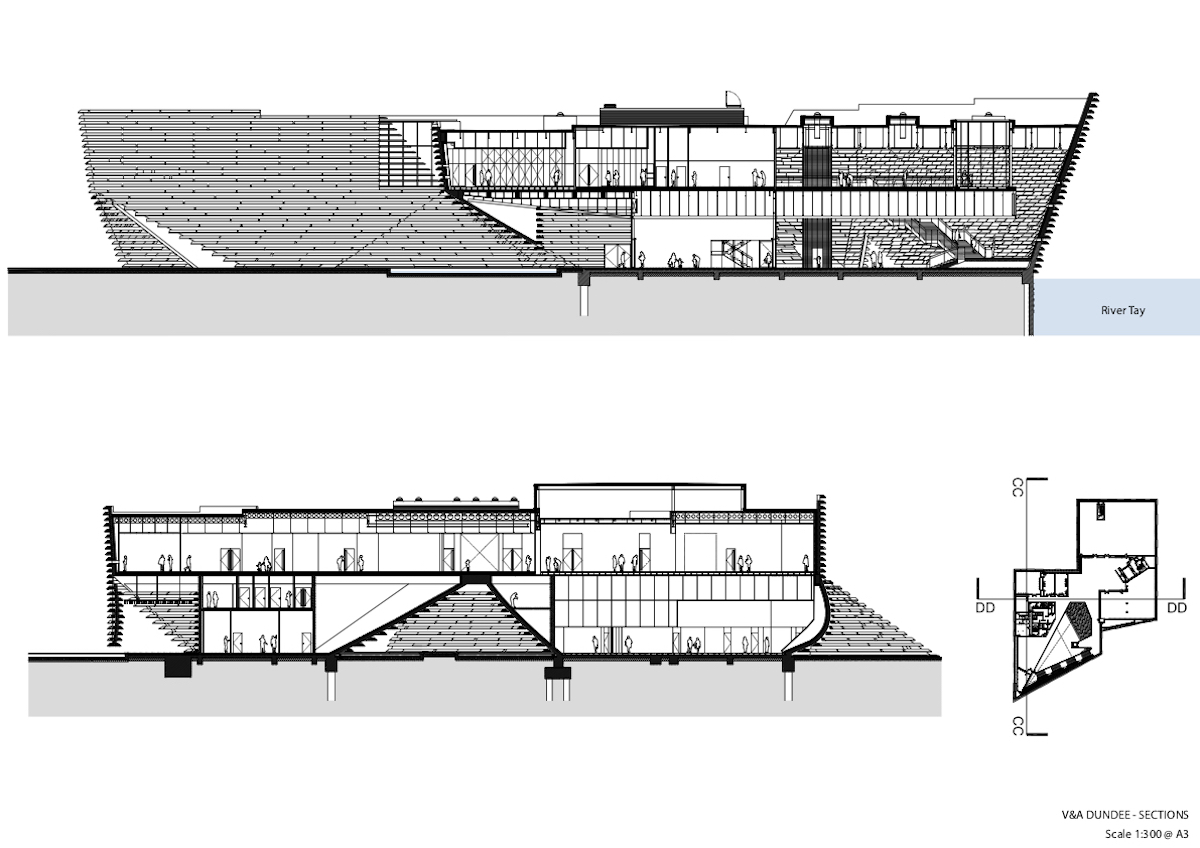 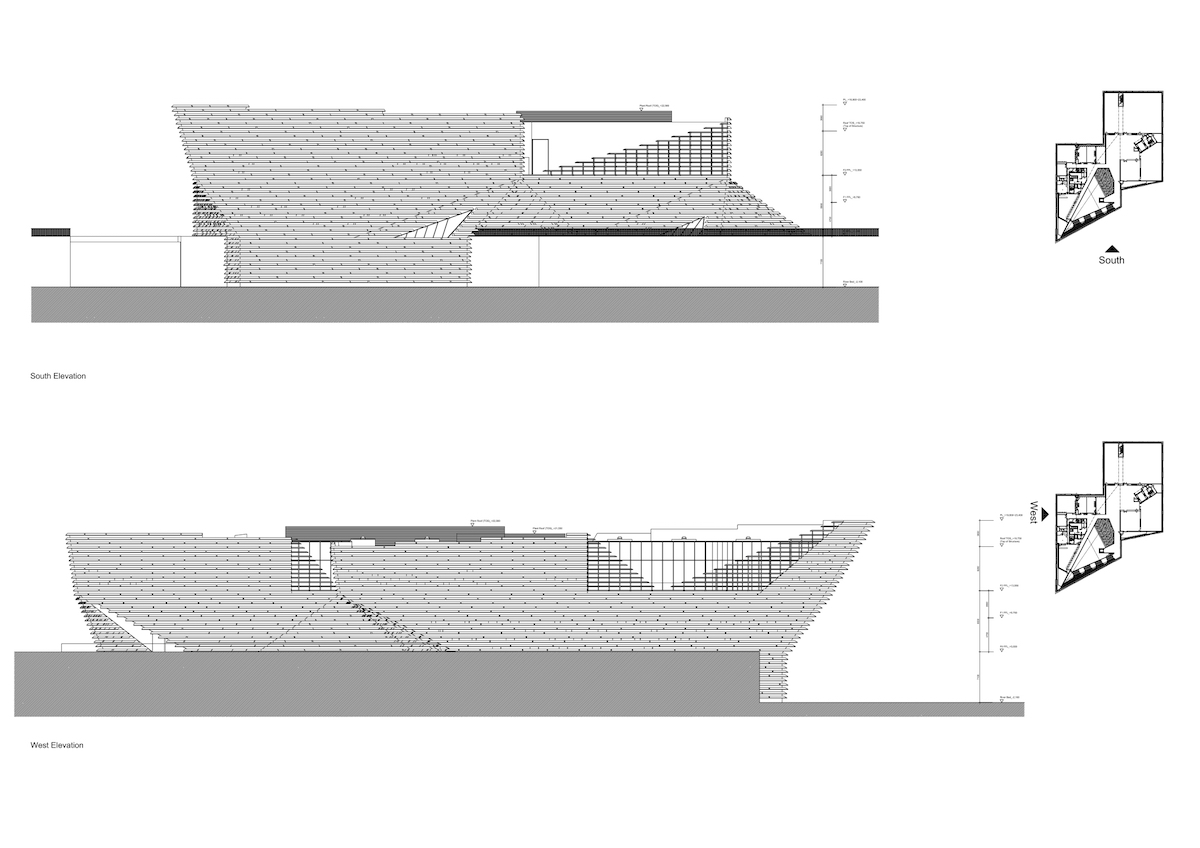 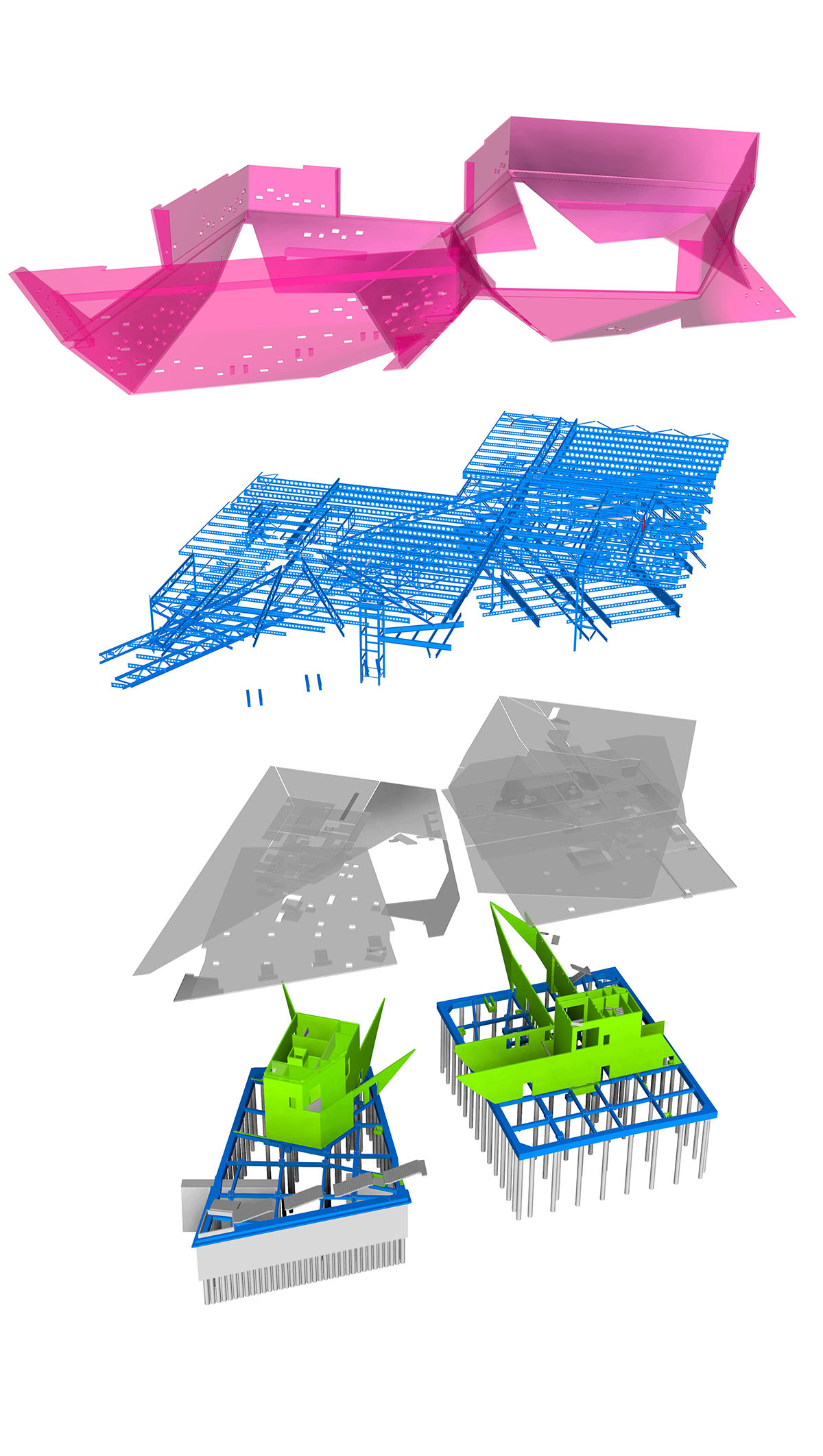 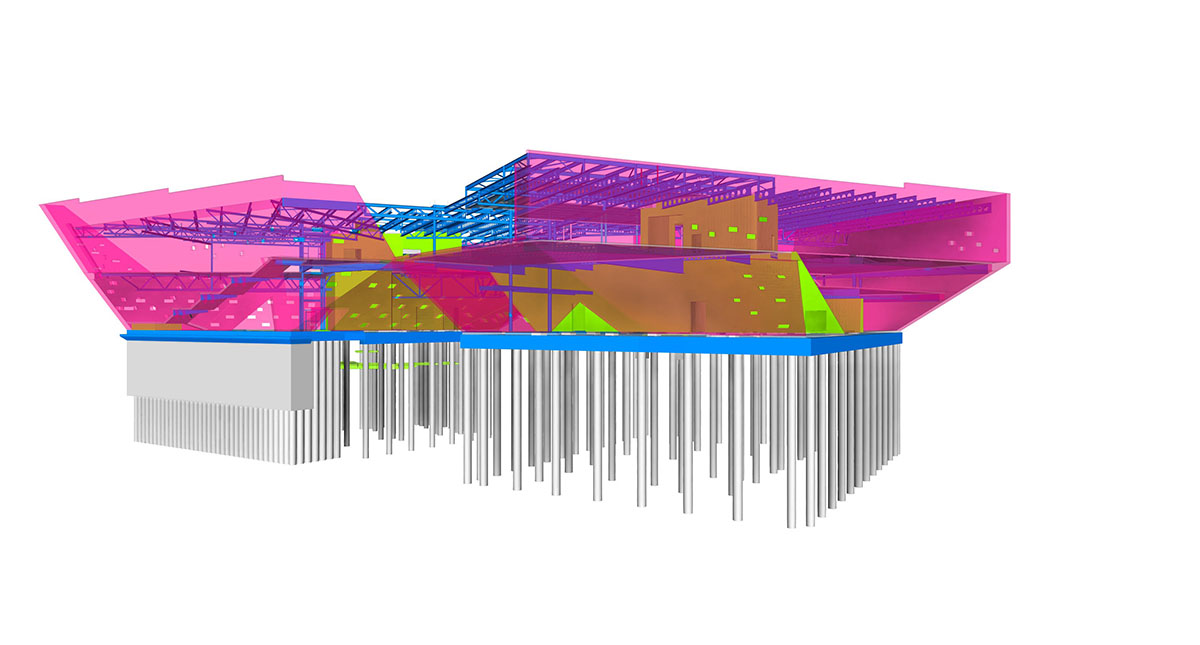 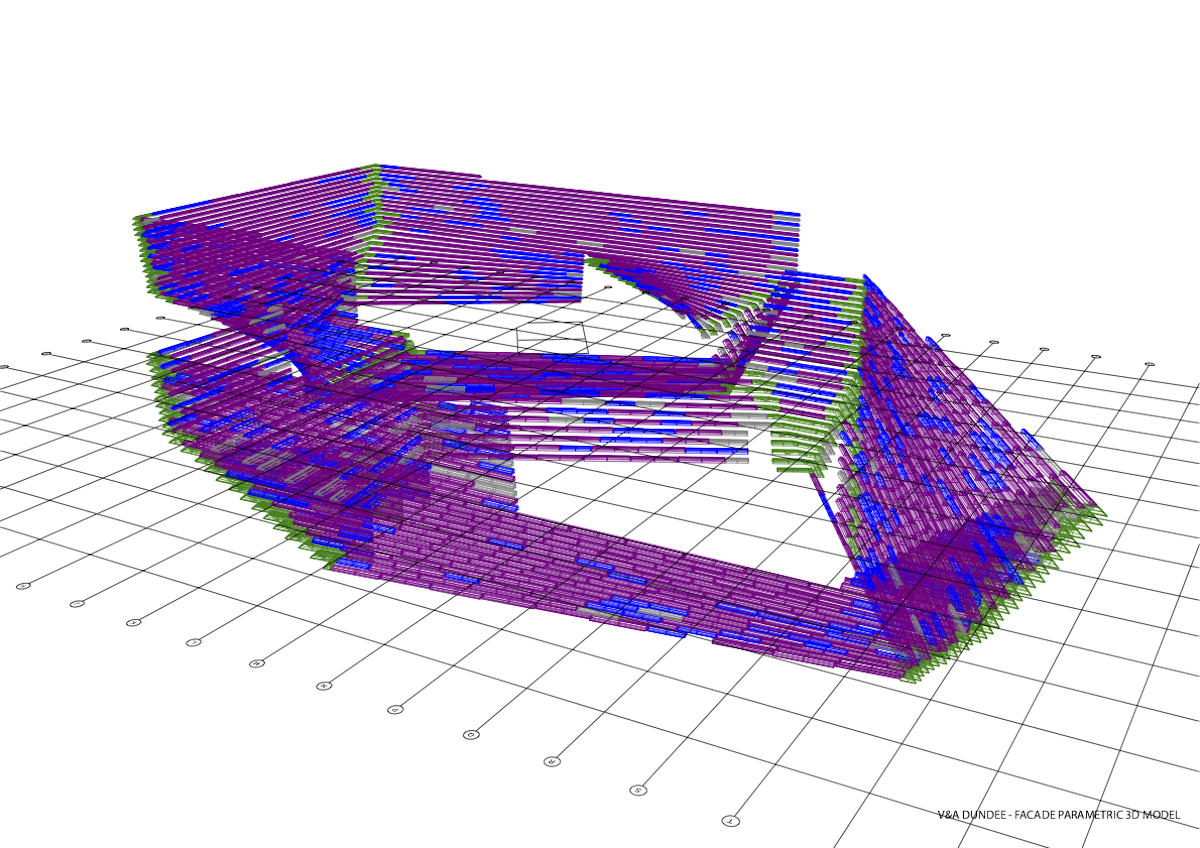 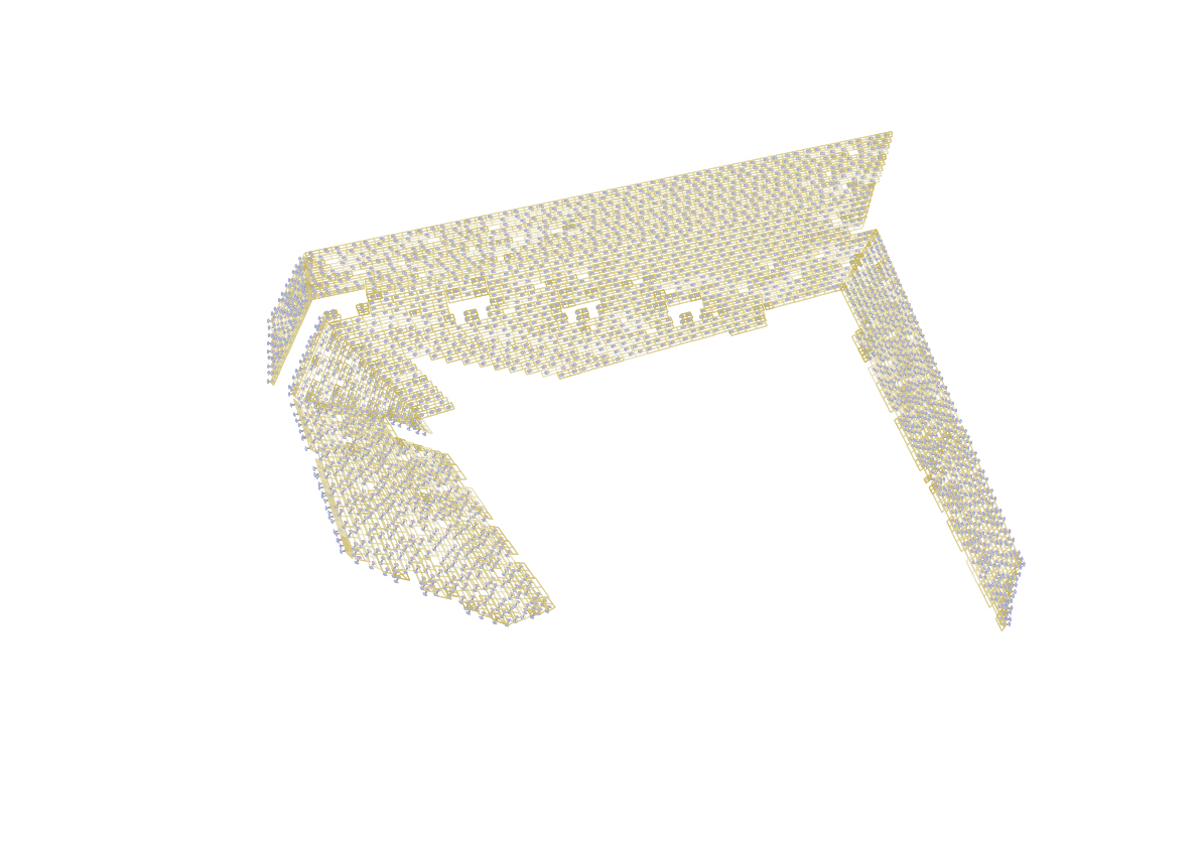