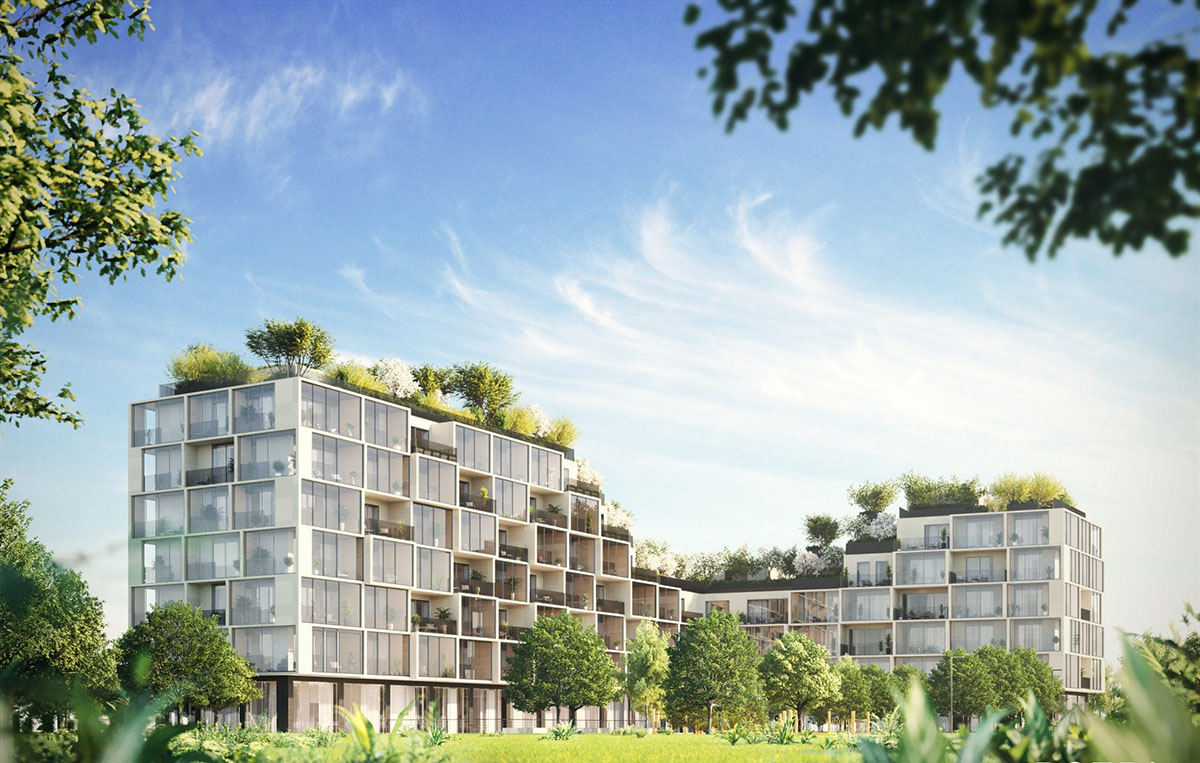 Stefano Boeri Architetti has unveiled design for a gridded housing, it will be the first project of the studio built in Belgium. Named Palazzo Verde, the project will be the new landmark of Antwerp's Nieuw Zuid district whose masterplan establishes that half of its surface – 12 hectares – is destined to be green.

Palazzo Verde is envisioned as the "greenest building" of Belgium, with a semi-public garden at the ground floor and three huge terraces designed to host three roof gardens, and the building is going to contribute to fight on air pollution by absorbing 5.5 tons of CO2 per year. 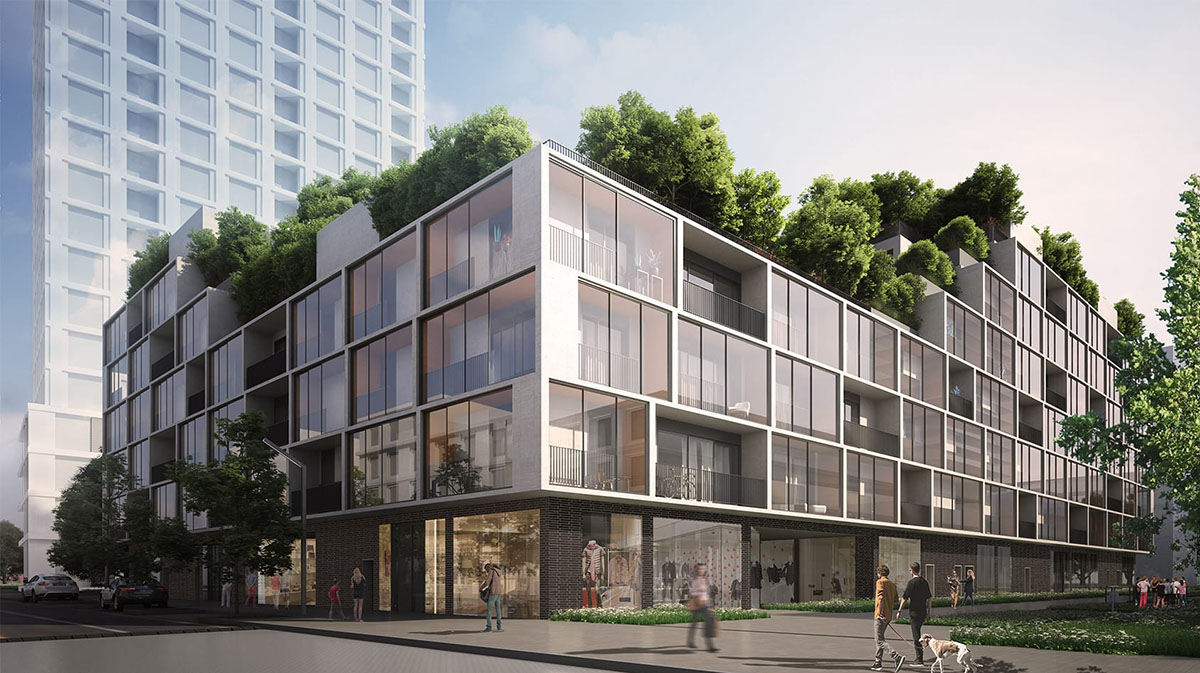 "We thought that it was very important to have at the center of New Zuid district a new green spot that, whether in the courtyard or on roofgardens, hosts a relevant amount of trees and shrubs and gives back oxygen to the city," said Stefano Boeri.

"We are very satisfied with this first project of ours in Belgium, that shows how even a small residential building can offer to its inhabitants and to the citizens of the neighbourhood an unexpected quality of green spaces and social activities," Boeri added.

The L-shaped building is located in a central plot of the masterplan designed by Bernardo Secchi and Paola Viganò, where it closes the side of the block that faces river Scheldt and embraces a semi-private green courtyard in its central part designed by belgian landscape architect Bas Smets that also signs the green masterplan of the whole area. 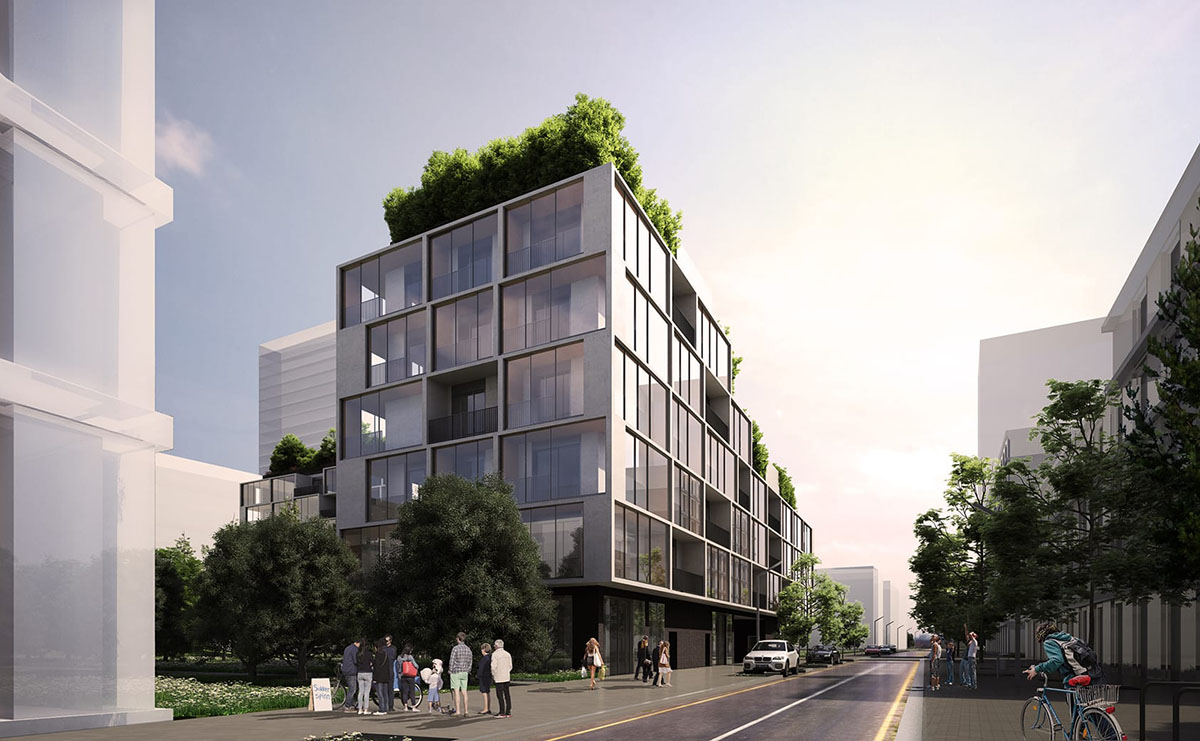 From the courtyard, through a series of wide steps that also work as an amphitheater, you can access the Circularity Center where tenants and citizens can fix their bicycles and some other domestic objects finding all the tools and the space they might need.

Public and private space often blend into one another in this new project that perfectly integrates architecture with urban and environmental context also incorporating huge portions of nature.

The cascading structure of the building gives the possibility to host a small forest that is going to unfold itself on three terraces at the fourth, sixth and seventh floors. 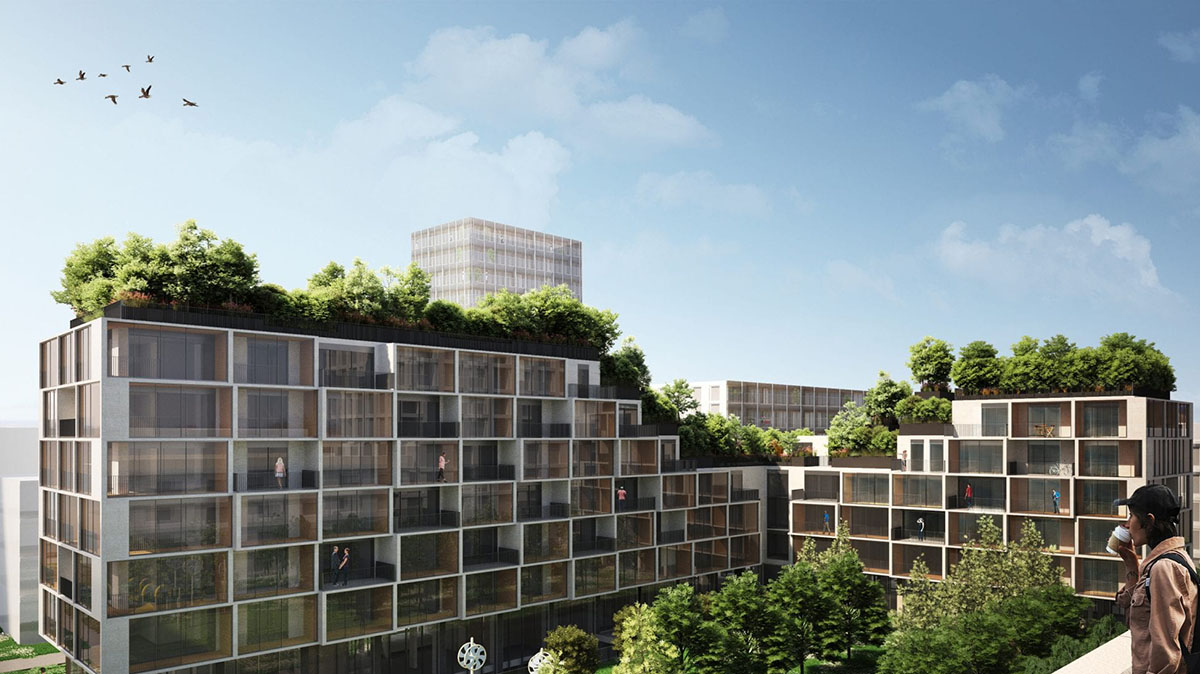 Botanist Laura Gatti has selected specifically for native species and has worked with the concept of forest and its undergrowth to give every terrace, the tenants can access to through staircases, a protected and inclusive space that it is obtained by placing trees and shrubs on the edges of the terraces.

Palazzo Verde is going to host in this way 86 trees, 2200 shrubs and perennials for a 428,88 square meters of green surface.

The whole building has 67 apartments and it is designed according a grid of 5 x 5 meters that determines the volume of the building, with the possibility of having 6 apartments at the building’s heads with a double or triple exposition and private terraces, and the façades’ design that have both balconies and loggias and explore the concept of threshold and the limit between interior and exterior. 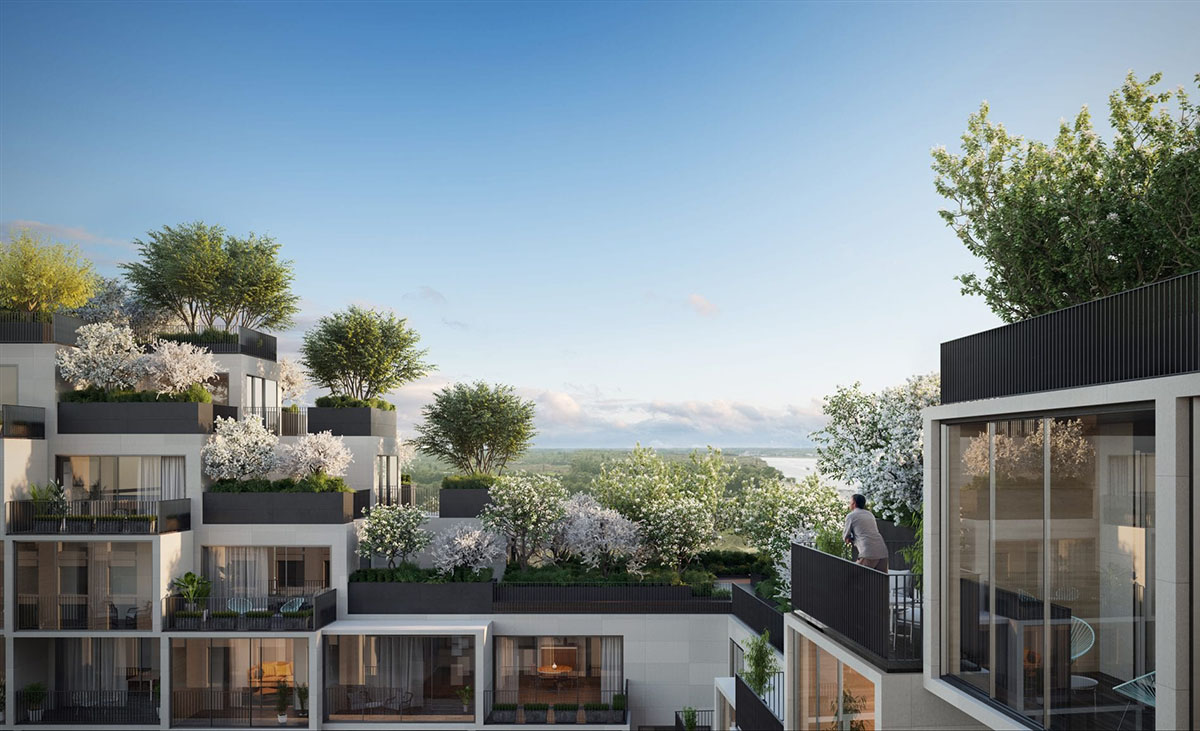 The balconies of the building are mantained as exterior spaces, treated with white plaster and a wooden pavement; while loggias are finished with a wooden cladding so that it s possible for the tenants to annexe this space to their unity extending its living surface.