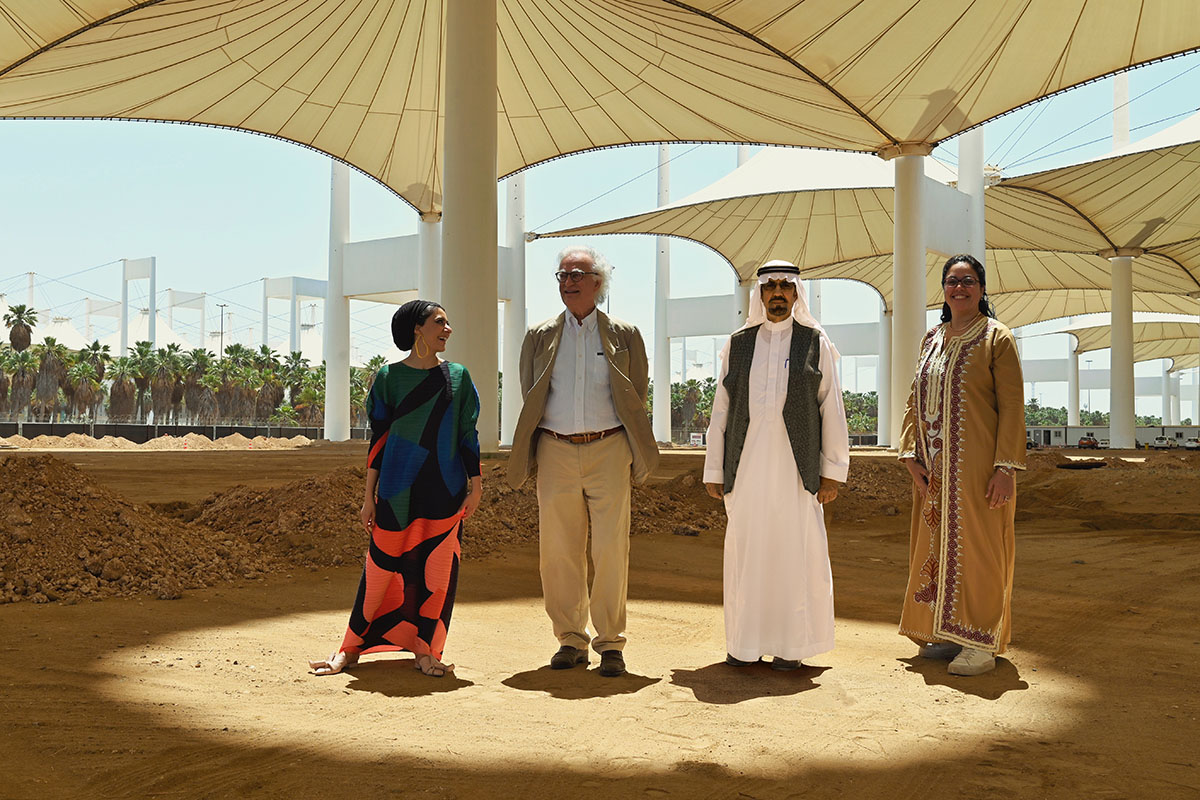 The Diriyah Biennale Foundation (DBF) has announced details, theme and the location of the inaugural edition of the Islamic Arts Biennale 2023 in Saudi Arabia.

The 2023 Islamic Arts Biennale will take place at the iconic SOM-designed Hajj Terminal in Jeddah from 23 January to 23 April 2023.

The location of the Islamic Arts Biennale has a strong historical and architectural presence, which is known as the prestigious Canopy Terminal.

The Hajj Terminal was designed by Skidmore, Owings & Merrill in 1981 and was the recipient of the 1983 Aga Khan Award for Architecture. 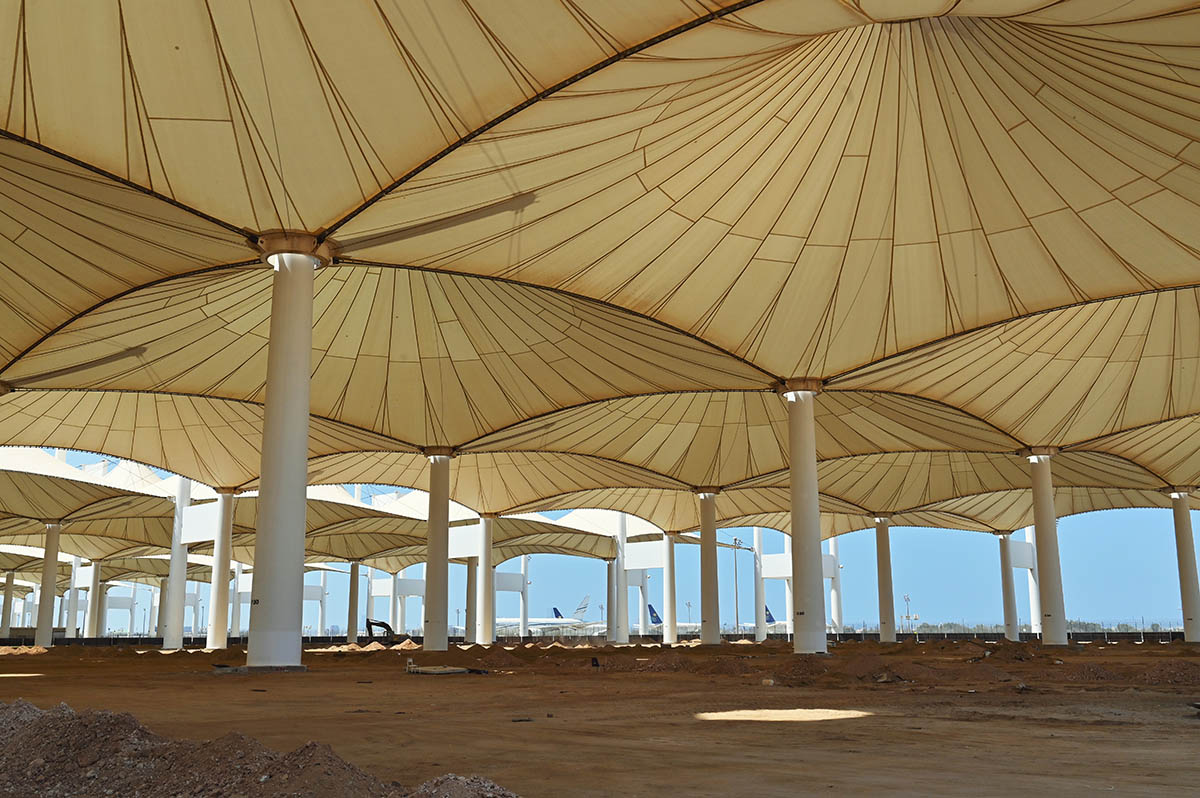 The 2023 Islamic Arts Biennale is themed as Awwal Bayt, which translates literally into First House. The term is used in the Qur’an to signify the Ka'bah in Makkah, as the curatorial team stated.

"As the House of God, it is the most sacred site in Islam and the direction (qiblah) all Muslims face in their daily prayers, regardless of location."

"It is the destination for pilgrims from around the world embarking on the annual pilgrimage, making it the unifying focus for all Muslims," stated in a press release.

"The concept of Awwal Bayt examines how the Ka`bah and the Prophet’s Mosque in Madinah inspire Muslims worldwide on both cultural and metaphysical levels to create a sense of belonging in their own home, their own “bayt,” wherever that may be." 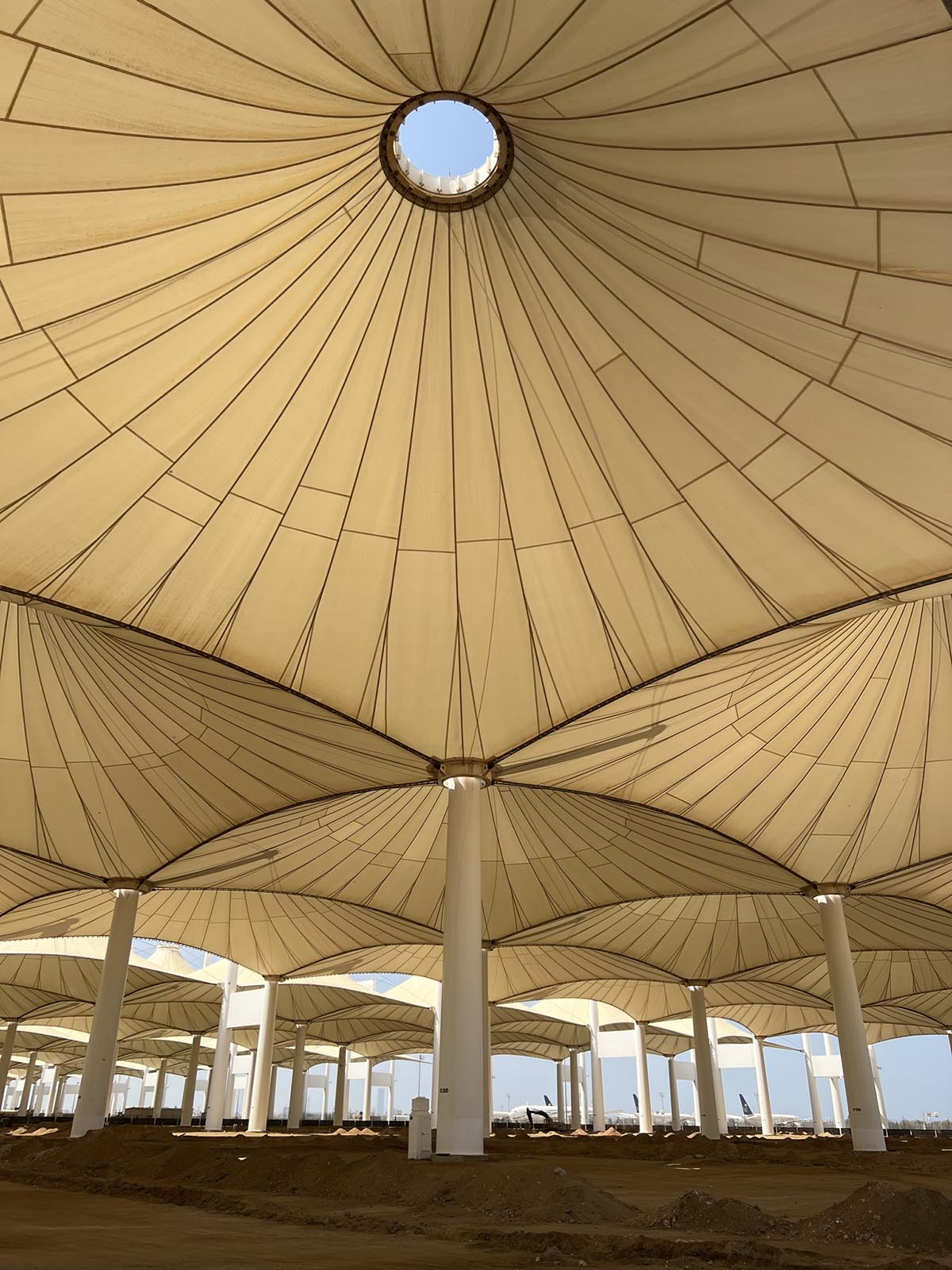 At the biennale, there will also be a purpose-built 70,000-square-metre venue offering facilities to include exhibition spaces, a theatre, a mosque, workshops, classrooms dedicated to programming, as well as retail and dining.

This new venue, made possible through the cooperation between the Ministry of Culture, the Ministry of Transport, and the General Authority of Civil Aviation (GACA), aims to enrich the Hajj Terminal’s functional and spiritual relevance.

In addition to welcoming millions of pilgrims annually, the venue is planned to become a hub for celebrating Islamic arts and culture and fostering Jeddah’s local art ecosystem throughout the year. 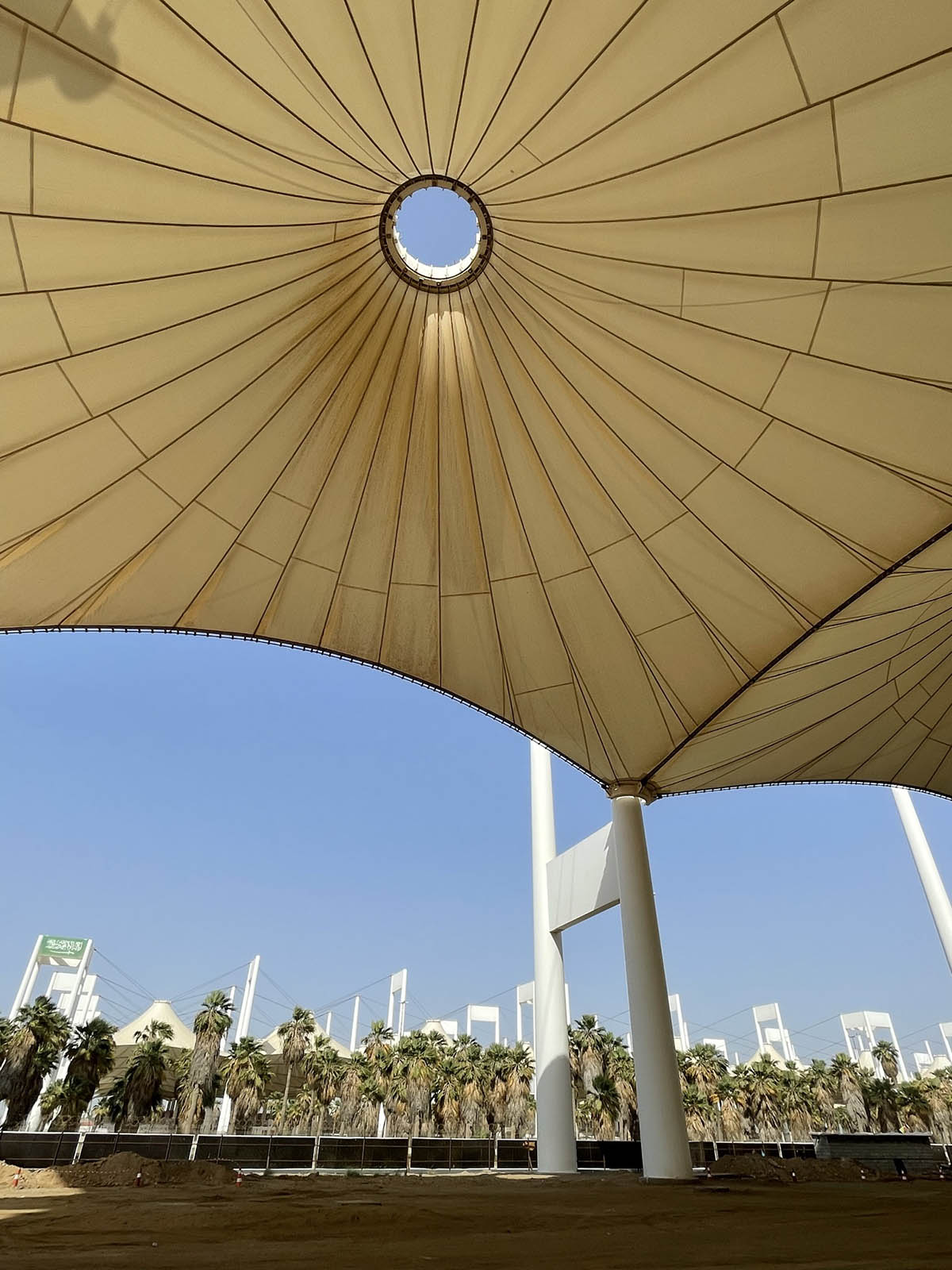 The theme will be divided into two complementary sections: galleries and outdoor installations will create a dialogue between sacred sites and rituals, which will invite artists to interpret and reflect on the personal and communal expressions and emotions they invoke.

The principal theme of the indoor galleries will be that of Sacred Direction (qiblah), with Makkah as the focus.

Under the canopy of the former Hajj Terminal, the installations will explore multiple senses of hijrah (migration), from the initiation of the Muslim era to reflections on contemporary displacement and how, despite the loss of a physical home, Muslims retain their spiritual home in the Awwal Bayt. 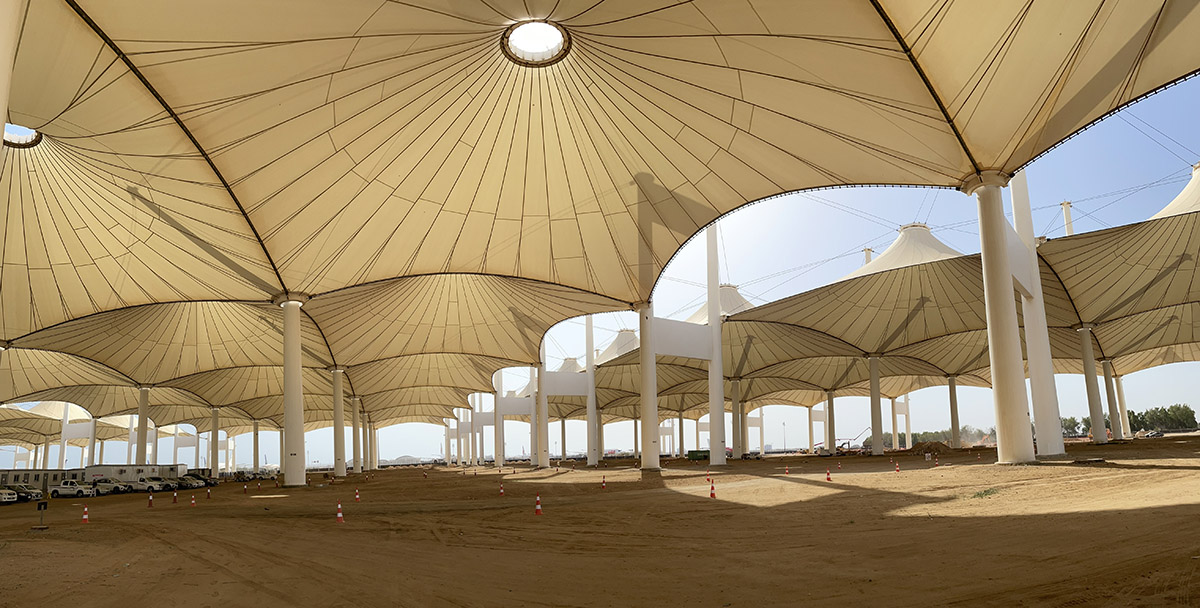 "It is an honour to develop the first Islamic Arts Biennale within this iconic, culturally symbolic and welcoming structure. The theme of Awwal Bayt invites contemplation of belonging," said Sumayya Vally.

"As curators, we are excited by the opportunity to create a temporary home, an entirely new physical setting in this context of the Muslim pilgrim’s journey, in which to invite artists and audiences to reflect on ritual, the sacred, the personal and the communal," Vally added.

Throughout the Biennale, there will be juxtapositions of contemporary creations and historical objects, of which the most significant will be in two separate pavilions presenting artefacts originally housed in the Prophet’s Mosque in Madinah and in the Masjid al-Haram in Makkah.

"The first Islamic Arts Biennale will be a pioneering event"

"The first Islamic Arts Biennale will be a pioneering event. Developed in a purpose-built venue at the extraordinary Hajj Terminal in Jeddah, it will provide a dynamic contemporary setting for Islamic arts featuring leading practitioners from Saudi Arabia and around the world," said Aya Al-Bakree, CEO of Diriyah Biennale Foundation.

"Presented by the Diriyah Biennale Foundation, this inaugural edition builds on the success of Saudi Arabia’s first contemporary art biennale. Local and international audiences are invited to join the dialogue and to experience the work of leading artists in a unique setting," Al-Bakree added. 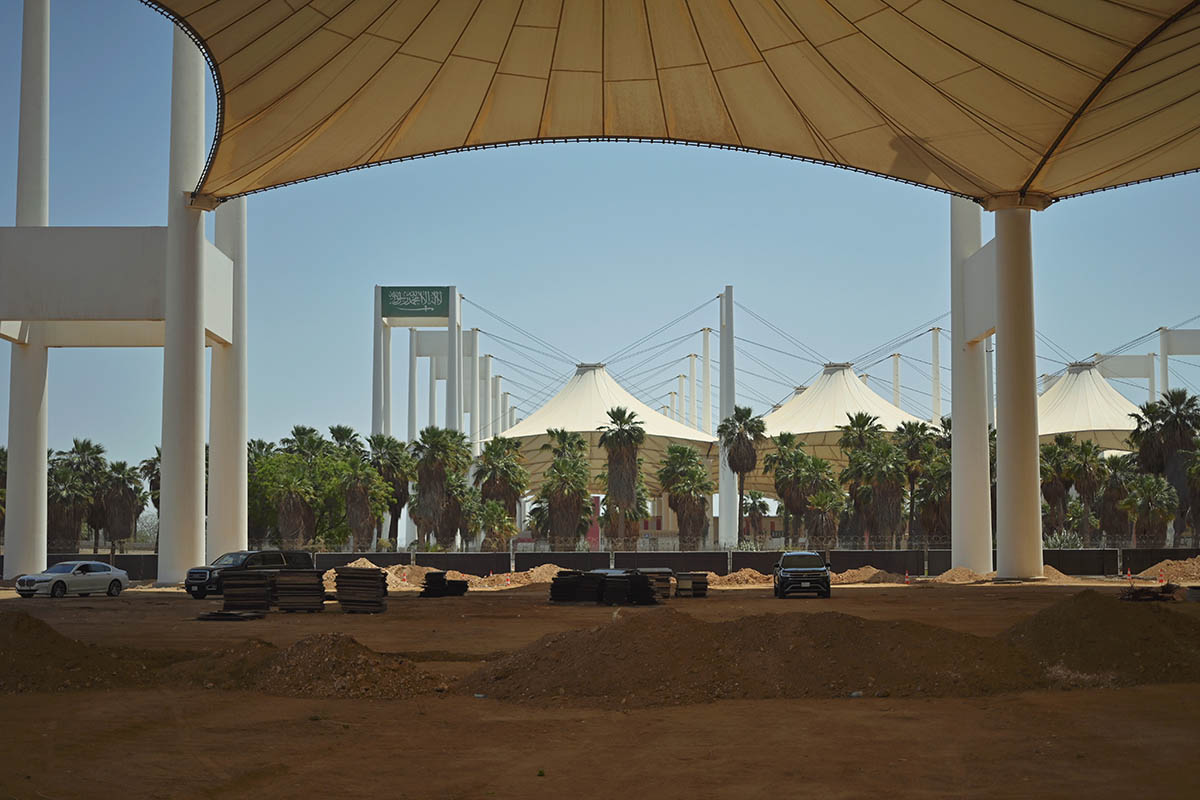 The Diriyah Contemporary Art Biennale was one of Saudi Arabia’s largest and most significant international displays of contemporary art, a platform for global dialogue and exchange featuring more than 60 acclaimed artists from Saudi Arabia and around the world. 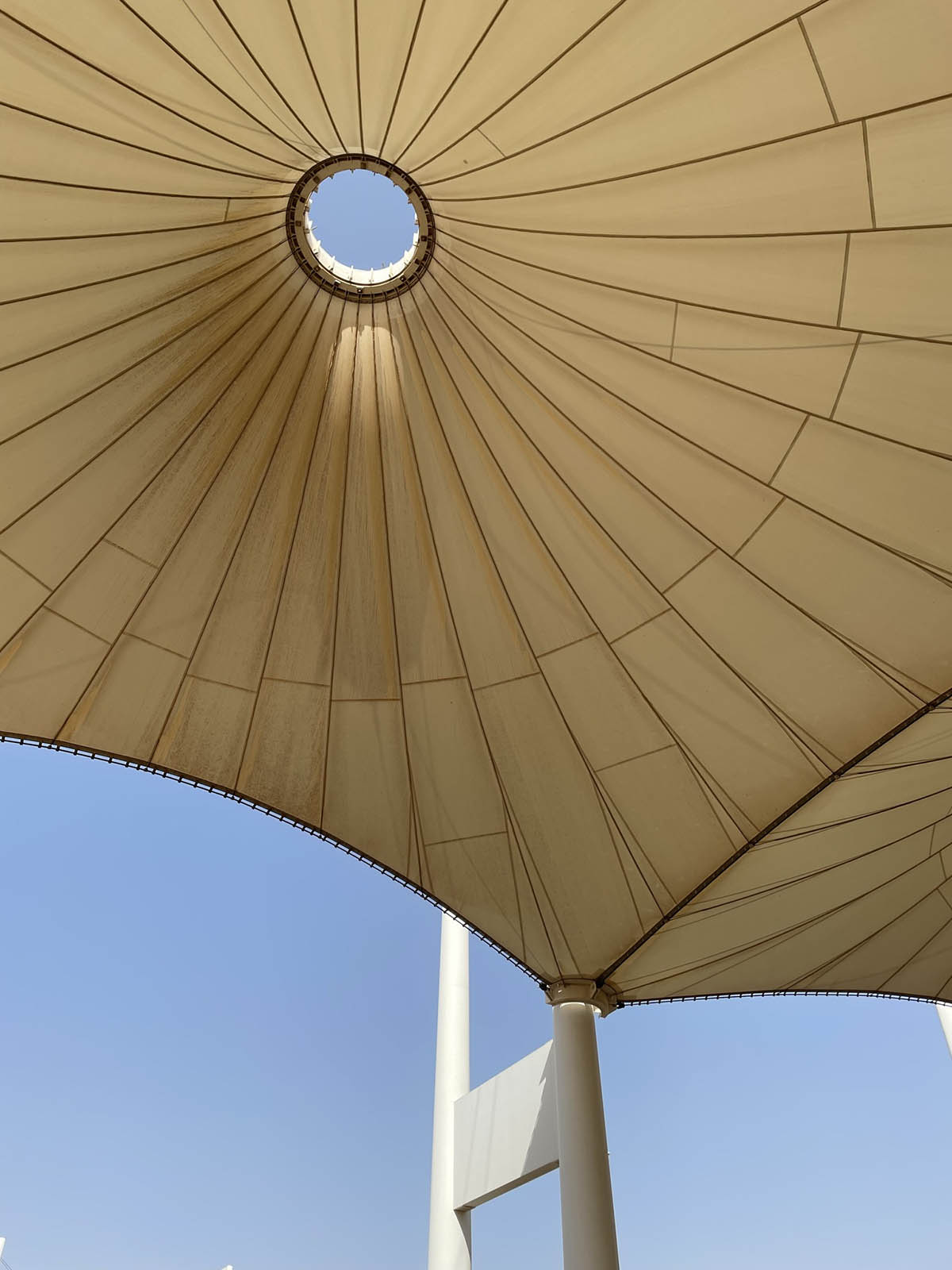 The mission of the Diriyah Biennale Foundation in establishing the first Islamic Arts Biennale is to celebrate and enrich the cultural and artistic exchange between Saudi Arabia, as the birthplace of Islam, and communities around the world.

The Foundation will host a biennale every year, alternating between the Contemporary Art Biennale and the Islamic Arts Biennale.