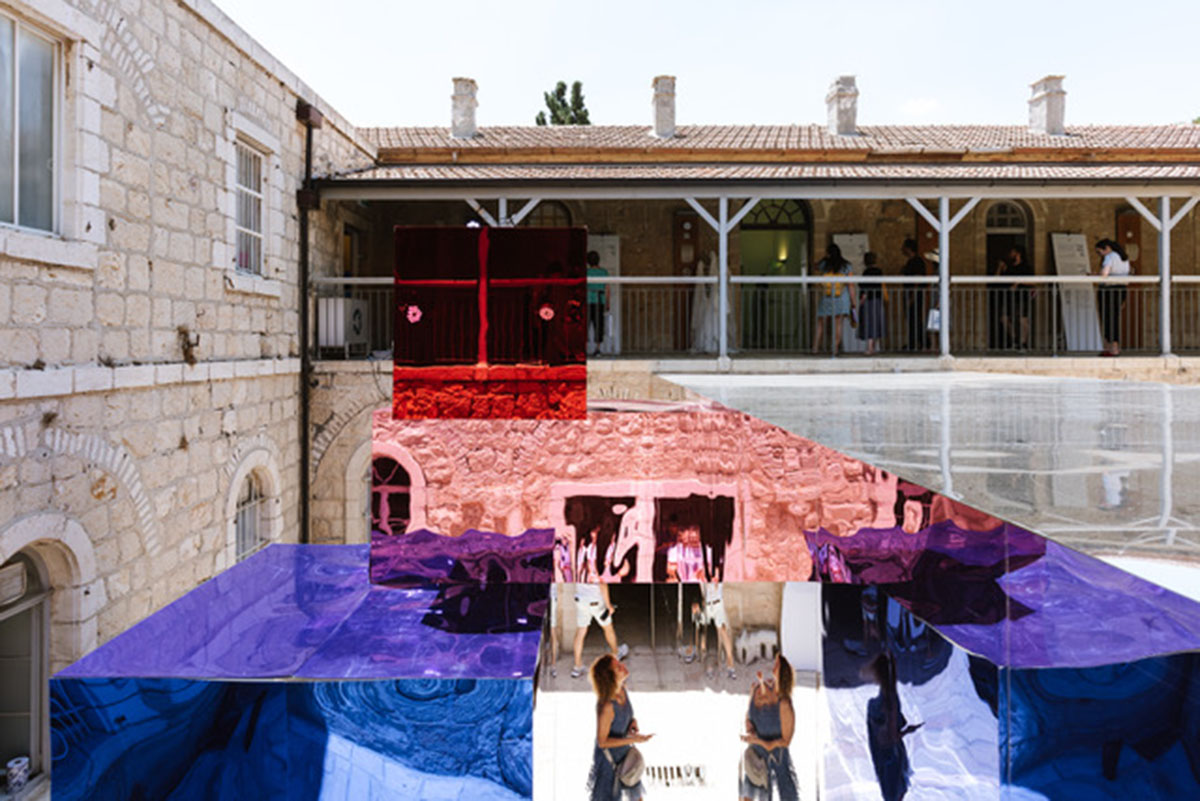 The annual theme of Jerusalem Design Week 2023 is ‘Lies and Falsehoods’. The event will explore the role of design in contemporary culture through an up-to-date investigation of deceptiveness. The theme seeks to examine design’s manipulative tools and the realities they shape. During Jerusalem Design Week, the aim is to present a series of works that capture the meaning of illusion, works that knowingly conceal, deceive, or give rise to an alternative reality, and works that attempt to uncover and explore truth and authenticity, in the face of lies and falsehoods.

Nowadays it seems that both lies and indeed truth are engineered to play tricks on us. We experience reality through a multitude of translations, adaptations, and artificial phenomena. We navigate the built environment using GPS systems. On social media platforms we mask our appearance with filters and on Zoom calls we disguise our background with images of faraway locations. So much of what we do is impacted by cutting-edge technology, hidden in ‘black boxes’ whose internal workings are not readily understood. The lie has its own appeal: the illusion is mesmerising, satisfying, and comforting, allowing us to dream.

In the battle between truth and lies, between that which is aesthetically pleasing and that which is not, we ask is design, by its very essence, merely trickery? We wonder if the designer is no more than an illusionist?

As participating witnesses of the information revolution, the subversion of trust, authenticity, and truth is a daily occurrence. Fake news, deepfake videos, false images, and disinformation are prevalent in everyday life; moreover, they often prove to be beneficial financially, socially, and politically. While lies and falsehoods prevail in the digital sphere, they are also part of an analogue reality. Jerusalem Design Week’s theme, in a way, offers a meta look at society from a philosophical point of view, and will ask pertinent questions, including: Has the search for truth been abandoned and even if it is found, what is its actual worth? When/why do we take pleasure in the comforting beauty of well-designed illusions and when/why do we seek to uncover the truth?.

The work of the designer oscillates between fiction (that which dazzles in a bid to maximise profit) and actuality (that which prioritises transparency and taking responsibility). In either case, designers will harness their manipulative tools for the task, for example, with simulations and models that convincingly demonstrate messages and concepts. In a world where augmented reality, virtual reality, and artificial intelligence are in an increasingly dominant position, to what extent will designers succumb to the promise of hi-tech wizardry versus the continued practice of craftsmanship and artisanship? And in truth, are lies and falsehoods the new normal?

Jerusalem Design Weeks invites a range of creative interpretations on its annual theme, ‘Lies and Falsehoods’, from designers, architects, artists, and tech-savvy experts worldwide. Those submitting a project for consideration should interpret the theme in their own way.

For full details on how to submit and application guidelines visit the website.

Application deadline is 1 February 2023 at noon.

Applicants that move to the second round will be notified by 20 February 2023.

The selected works will be funded and displayed from 22nd–29th June 2023 at Jerusalem Design Week.