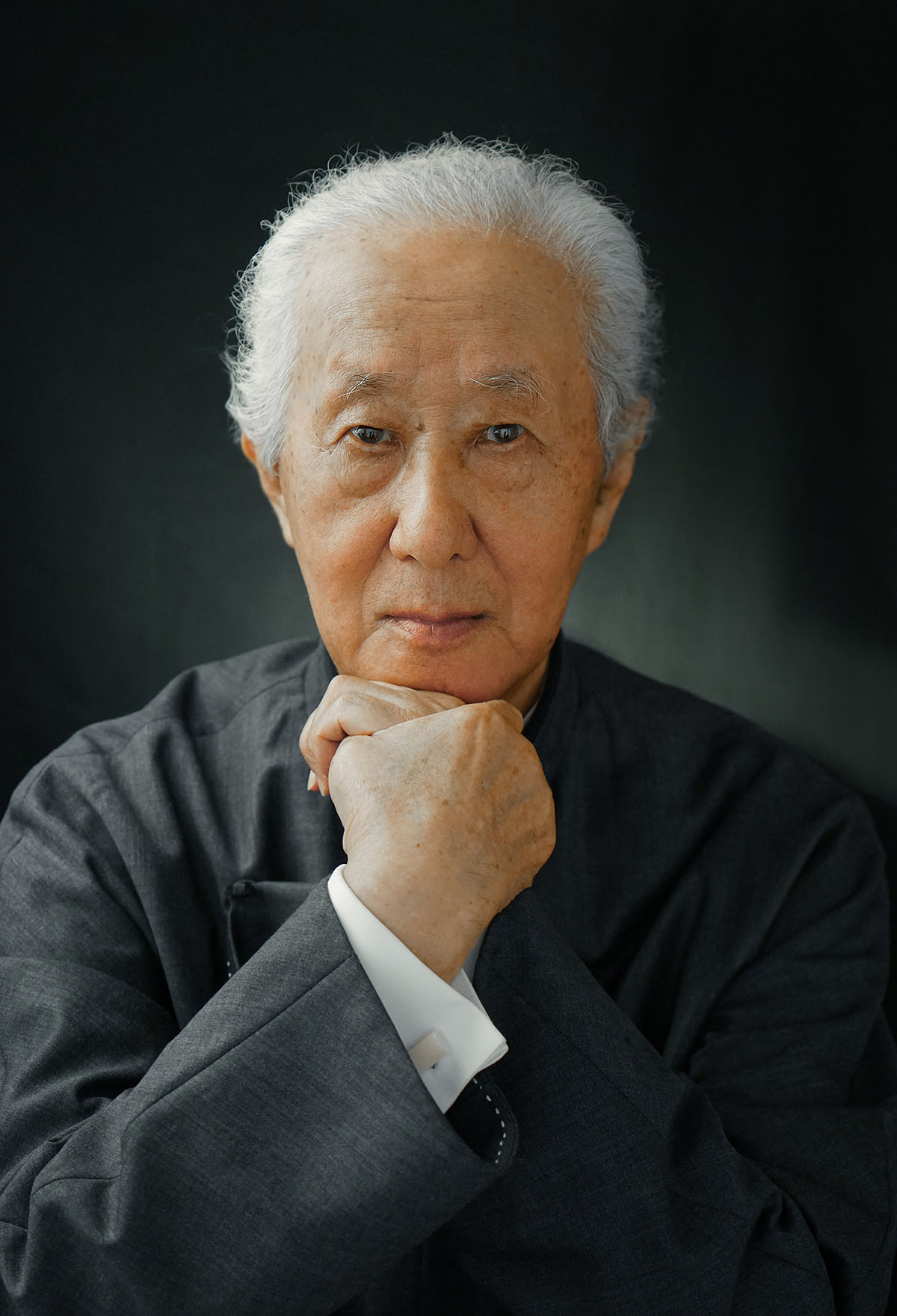 Acclaimed Japanese architect, city planner and theorist Arata Isozaki, the 2019 Laureate of the Pritzker Architecture Prize, passed away on Thursday, 29 December, at the age of 91. He died on the island of Okinawa, where he lived for a decade.

Isozaki was one of the most influential postwar architects in Japan, a place that determined how the war affected him and led his architecture career.

Although the reason of Arata Isozaki's death has not been revealed, the Spanish newspaper La Vanguardia reported that he underwent a heart surgery two years ago, and suffered from lung ailments.

Isozaki's prolific career witnessed the building of more than hundred projects spanning Asia, Europe, North America, the Middle East and Australia, which made him to work on a global scale. 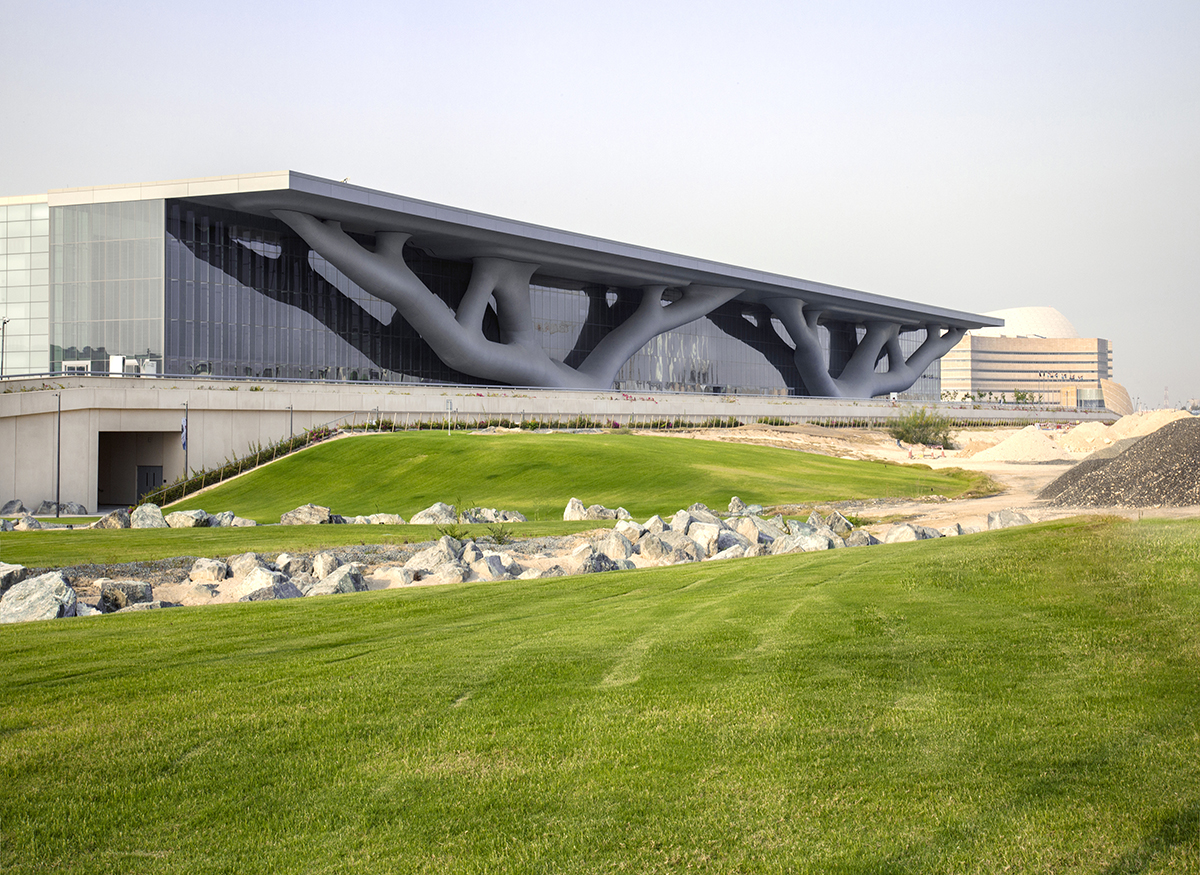 Although Isozaki's early projects were influenced by Europe and represented examples of the "new brutalism" like the Ōita Prefectural Library built between 1962-1966 in Ōita, Japan, later his works became symbols of the international modernist movement like the Museum of Contemporary Art in Los Angeles. His architecture was also described as "metabolist architecture" by British architectural historian Reyner Banham.

Refusing the notion of style from time to time, Isozaki believed that every project could be designed with a special solution arising from its own context. 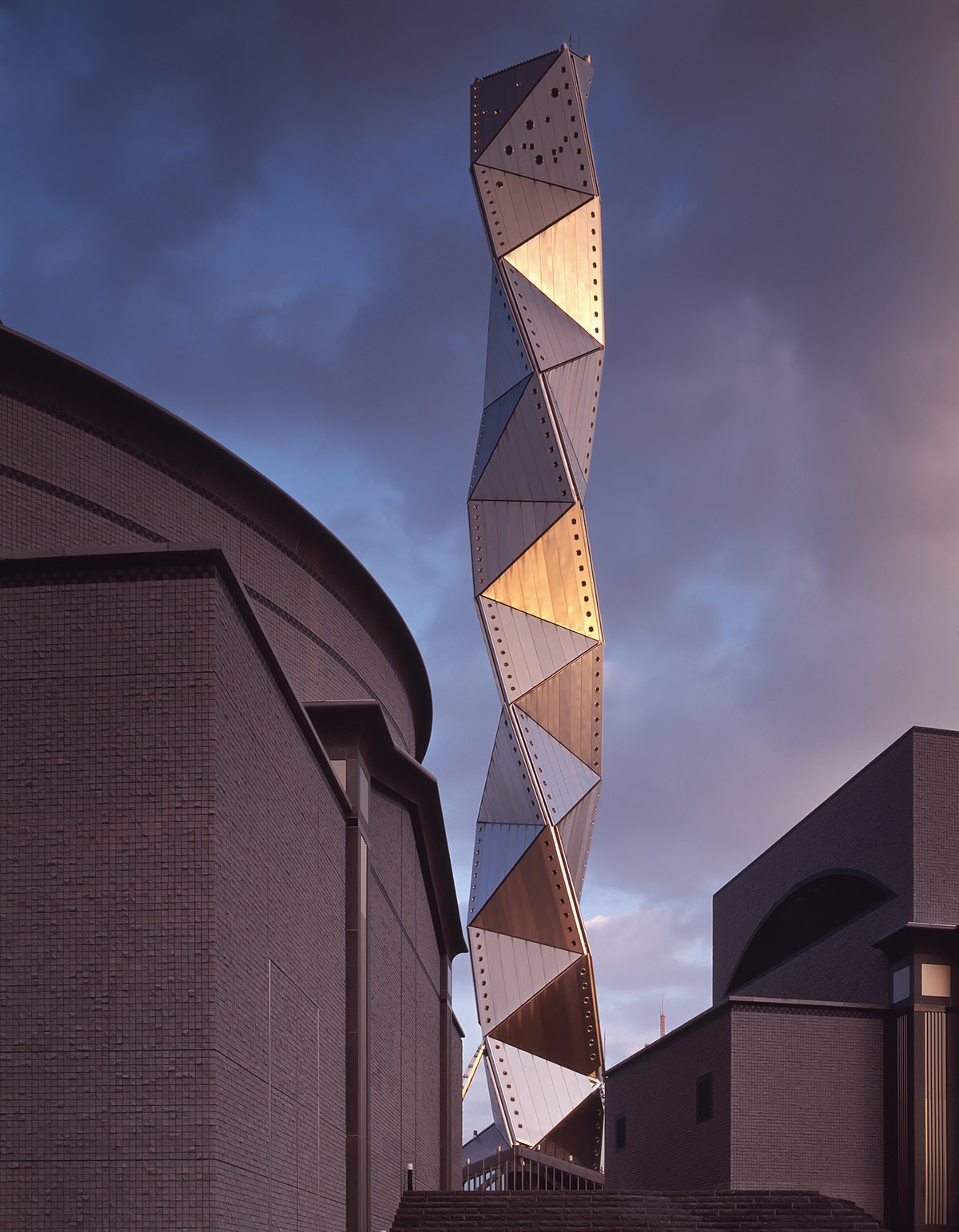 When he won the Pritzker Architecture Prize in 2019, the Pritzker jury described him as "a versatile, influential, and truly international architect," in the jury citation.

"What is patently clear is that he has not been following trends but forging his own path," added the jury.

In the jury citation, his oeuvre was described as "heterogeneous and encompasses descriptions from vernacular to high tech."

His rich repertoire included projects in many scales and typologies and in numerous countries, which gave him deep commitment to the “art of space".

His notable works include the Ōita Prefectural Library in 1966, Expo '70 Festival Plaza in Osaka in 1970, the Kitakyushu Municipal Museum of Art in Fukuoka in 1974, the Museum of Modern Art in Gunma in 1974, which symbolized his early works.

Isozaki's prominent later works include the Museum of Contemporary Art in Los Angeles in 1986, the Art Tower Mito in Ibaraki in 1990, the Palau Sant Jordi in Barcelona in 1990, the Team Disney Building in Florida in 1990, the Nara Centennial Hall in Nara in 1998, the Ceramic Park Mino in 2002 in Gifu, the Shenzhen Cultural Center in 2007, the Central Academy of Fine Arts, Art Museum in Beijing in 2008, the Allianz Tower in Milan in 2014, the Qatar National Convention Center in Doha in 2011 Doha, the Shanghai Symphony Hall in 2014 and Hunan Provincial Museum in Changsha in 2017. 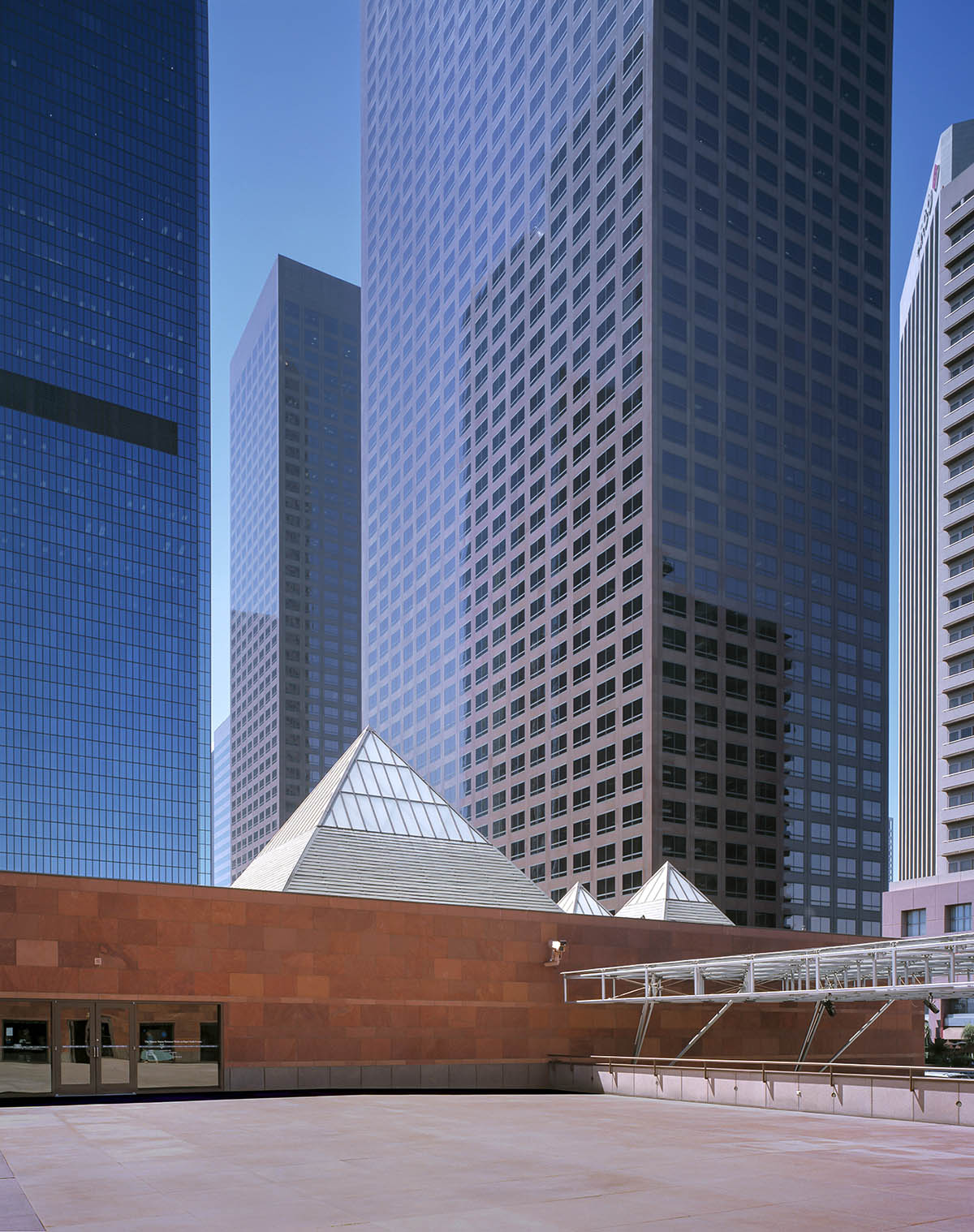 He won numerous prestigious awards, included RIBA Gold Medal for Architecture in 1986, the Annual Prize, Architectural Institute of Japan, for the Ōita Prefectural Library and The Museum of Modern Art, Gunma in 1967 and 1975, Leone d’Oro at Venice Architectural Biennale, as commissioner of Japanese Pavilion in 1996, the Pritzker Architecture Prize in 2019.

Isozaki was born in 1921 in Ōita, Island of Kyushu, Japan. He graduated from the University of Tokyo in 1954, where he majored both in Architecture and Engineering. He started his career by working under the guidance of Kenzo Tange, who won the Pritzker Architectrue Prize in 1987.

In 1963, he established his own firm, Arata Isozaki & Associates. "In order to find the most appropriate way to solve these problems, I could not dwell upon a single style. Change became constant. Paradoxically, this came to be my own style," said Arata Isozaki once upon a time. 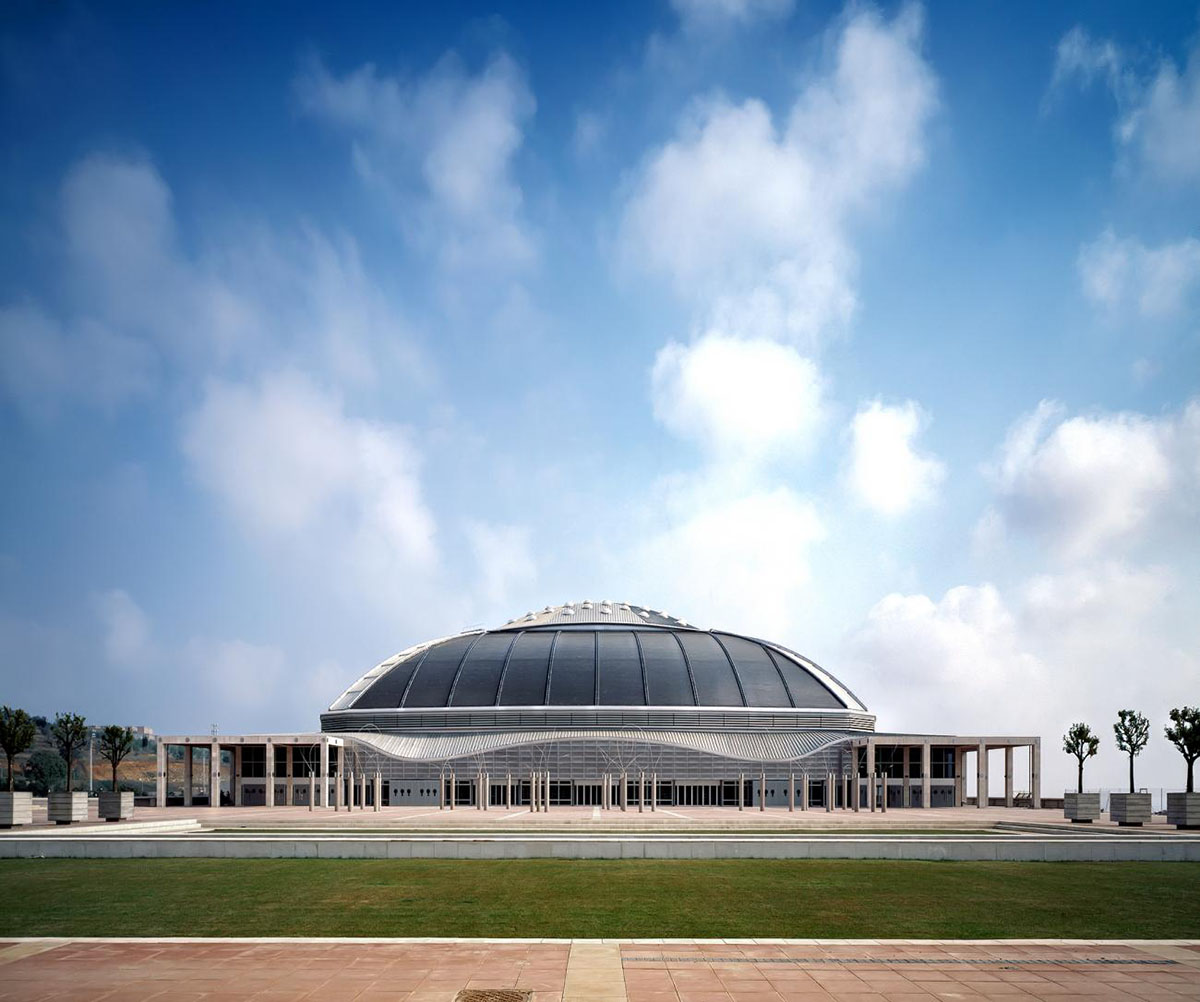 The Palau Sant Jordi for the Barcelona Olympics in 1992. Image courtesy of Hisao Suzuki

Moreover, his contributions to architectural theory could be exemplified with a futuristic project, called City in the Air, developed in 1962 in Tokyo, Japan.

He envisioned a futuristic plan for Shinjuku - one of the 23 city wards of Tokyo. The plan incorporated elevated layers of buildings, residences and transportation suspended above the aging city in response to the rapid urbanization.

Although the plan was not built, Isozaki went on to plan cities who has accelerating economies, with his most recent developments in China and the Middle East. 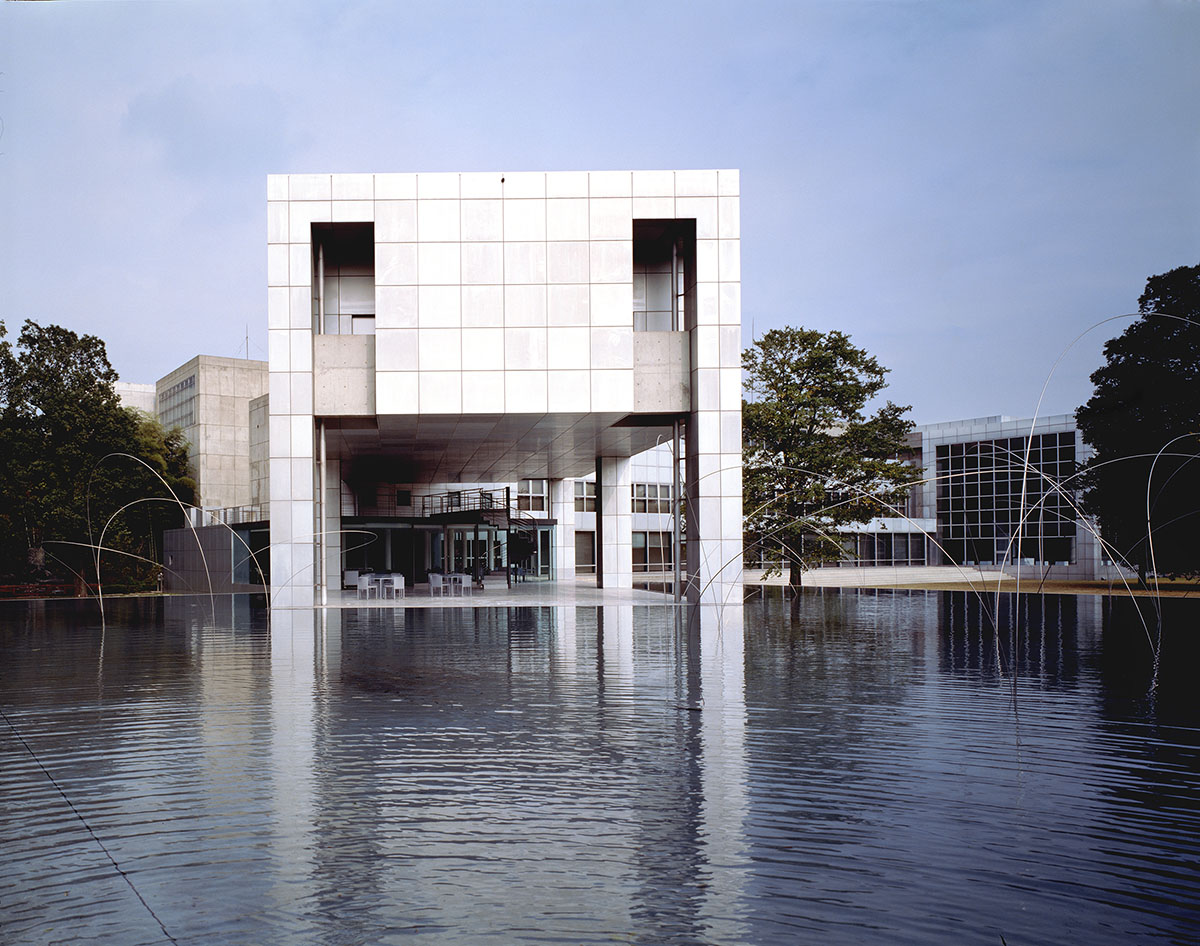 On winning the 2019 Pritzker Architecture Prize, the Hyatt Foundation Chairman Tom Pritzker said "Isozaki was one of the first Japanese architects to build outside of Japan during a time when western civilizations traditionally influenced the East, making his architecture—which was distinctively influenced by his global citizenry—truly international."

"In a global world, architecture needs that communication," Pritzker added.

"Isozaki is a pioneer in understanding that the need for architecture is both global and local—that those two forces are part of a single challenge,” said Pritzker Architecture Prize Jury Chair Stephen Breyer.

"For many years, he has been trying to make certain that areas of the world that have long traditions in architecture are not limited to that tradition, but help spread those traditions while simultaneously learning from the rest of the world," Breyer added.