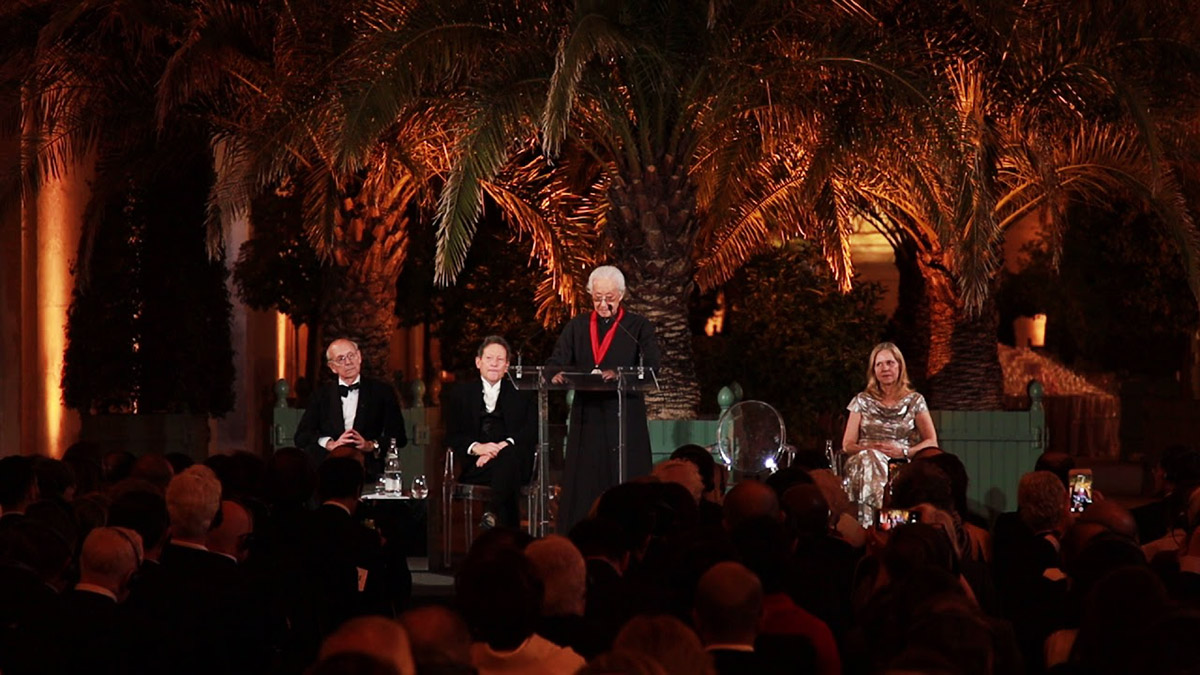 Japanese architect Arata Isozaki has accepted his prestigious award "2019 Pritzker Architecture Prize" at a ceremony held on May 24th at the Chateau de Versailles in France. Isozaki is a Honorary Member of World Architecture Community.

Starting his career in 1960s, Isozaki was named as the 2019 Laureate of the Pritzker Architecture Prize, the award that is known internationally as architecture’s highest honor. Isozaki was praised for "surpassing the framework of architecture to raise questions that transcend eras and borders."

In addition, Franck Riester, Minister of Culturei Masato Kitera, Japanese Ambassador to France, Françoise de Mazières, Mayor of Versailles and Prince Amyn Aga Khan were among the attendees at the ceremony.

Lauded as a visionary amongst his international contemporaries, Isozaki’s forward-thinking approach, deep commitment to the “art of space,” and transnational methodology have been evidenced since the 1960s.

"Possessing a profound knowledge of architectural history and theory, and embracing the avant-garde, he never merely replicated the status quo, but his search for meaningful architecture was reflected in his buildings that to this day, defy stylistic categorizations, are constantly evolving, and always fresh in their approach," stated in the 2019 jury citation.

Isozaki, 87, built over one hundred projects throughout Asia, Europe, North America, the Middle East and Australia. Isozaki is one of the prominent architects redefining mutual exchange between eastern and western societies, allowing Japanese vision to inform European and American design, particularly in the 1980s.

All images and videos © The Hyatt Foundation/Pritzker Architecture Prize