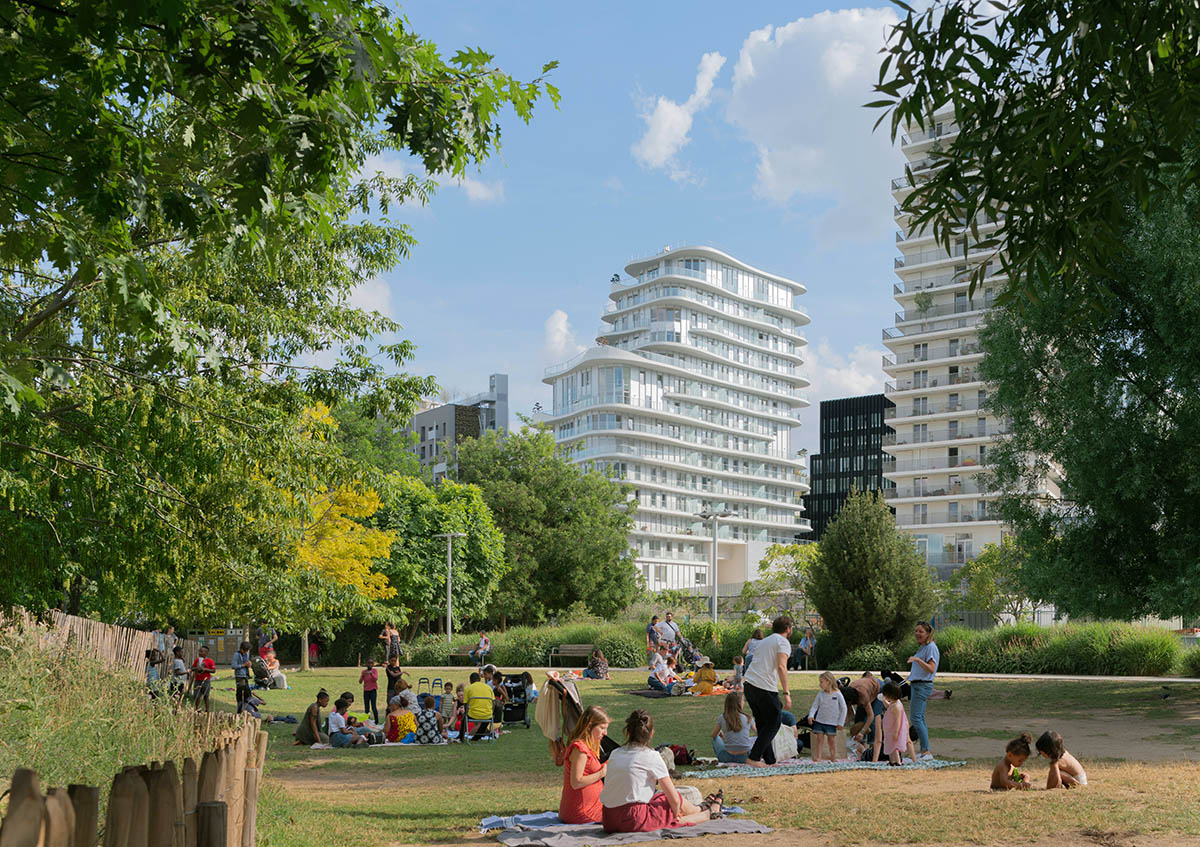 Called UNIC, the 13-story apartment complex is first built project of MAD in Europe. The apartment block is located in the newly developed neighborhood of Clichy-Batignolles in the 17th arrondissement of Paris, France. When the firm was selected to design UNIC on one of nine plots assigned to both local and international architects and developers in 2012, MAD Architects' founder and principal Ma Yansong not only became the first Chinese architect to design a major building in Paris, but the entirety of Europe as well. 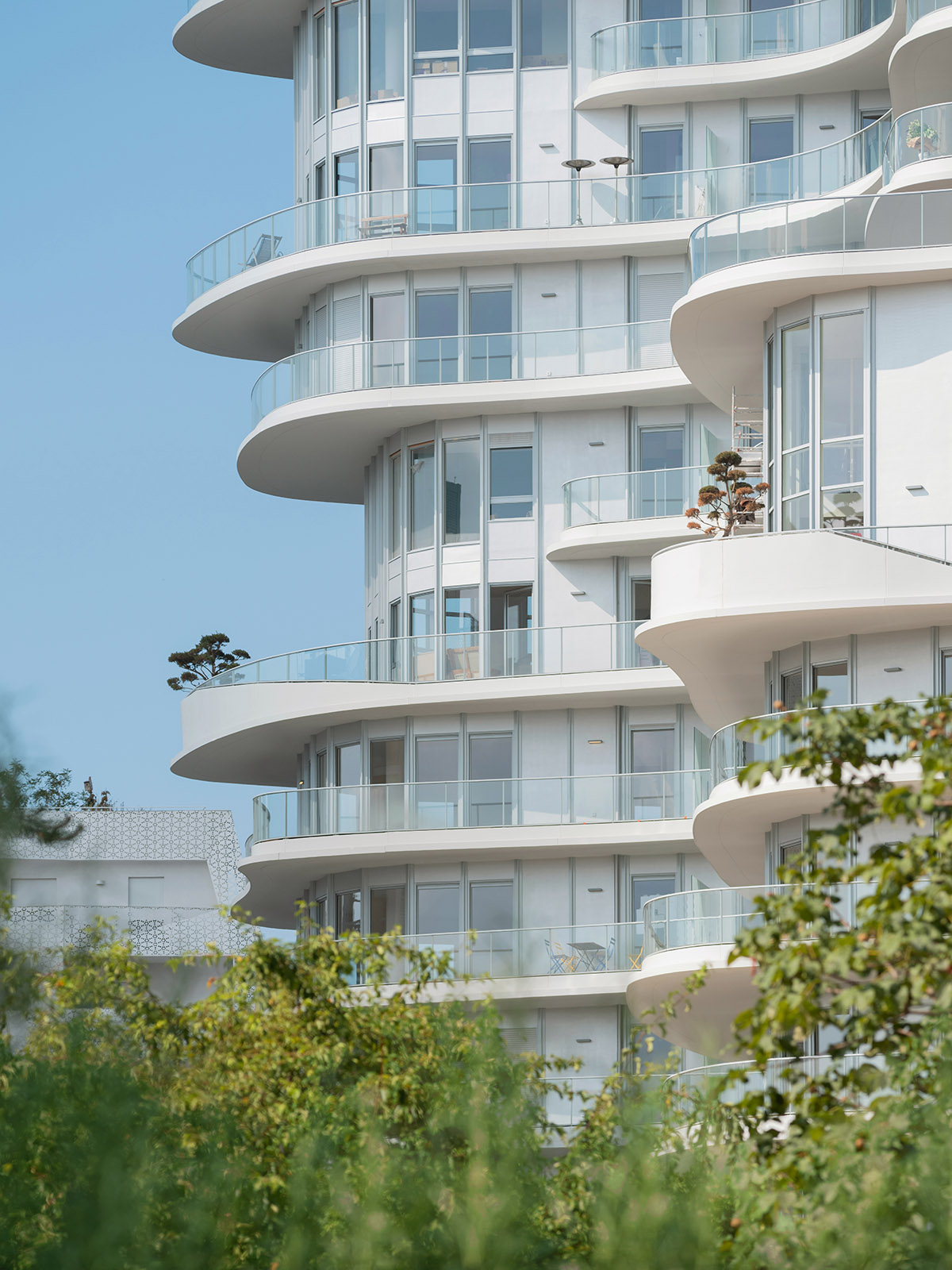 The project is conceived as a model for sustainable urban development, the new mixed-use neighborhood is an expression of the city’s commitment to reducing its carbon footprint while providing much-needed housing for approximately 7,500 residents.

During the design process, MAD Architects worked with the local architecture firm of record, Biecher Architectes, consulted with the Parisian government officials, architects and city planners in a number of community engagement workshops to ensure that the experimental design for UNIC would satisfy both the needs of its occupants, the residents of the surrounding neighborhood and the material sustainability expected of Clichy-Batignolles. 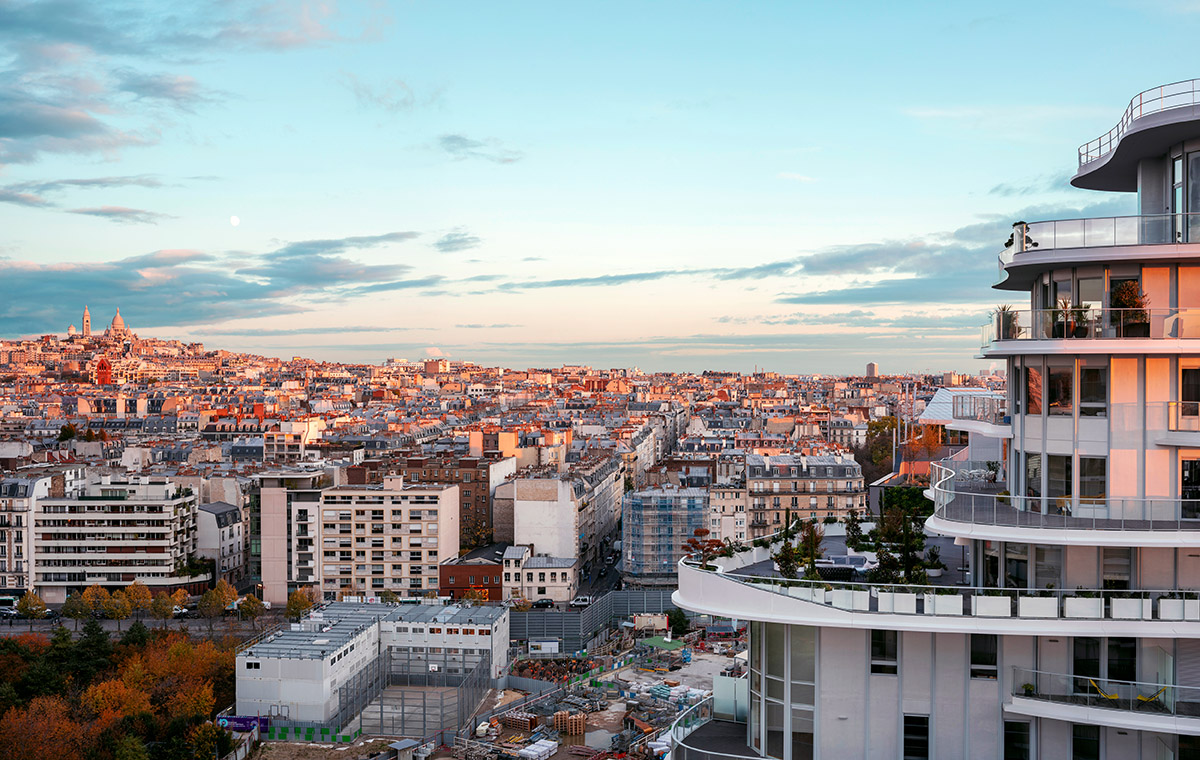 "Like many of its neighboring buildings, UNIC had to pass Passivhaus building standards, which required the use of high-performance window glazing, passive heating and cooling design strategies and a range of high-density materials that would further aid in its overall temperature regulation," said MAD in its project description.

The curvilinear structure is envisioned as a unique landmark differentiated with its fluid geometry, which makes visible from many parts of the northwest corner of the city. 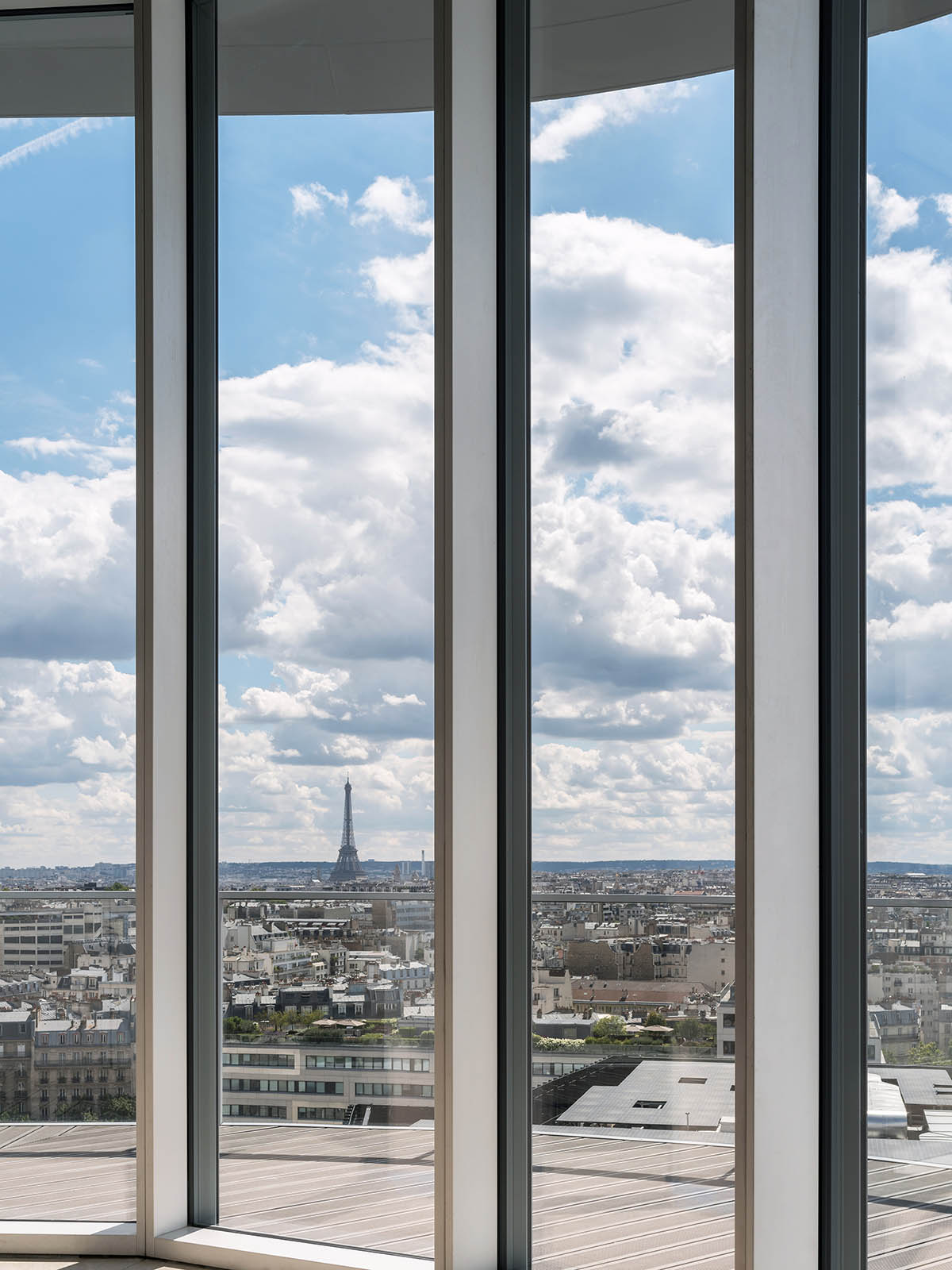 Described as "a striking design", UNIC also acts as a foil against the nearby Hausmann apartment blocks as it sits along the edge of Martin Luther King Park, the ten-hectare green space adjacent to the site.

Designed in dialogue with the park and the surrounding neighborhood, the envelope of UNIC is defined by a series of non repeating, undulating terraces that offer its residents multiple dynamic views of the city of lights; several units on the southern side, in fact, are even able to take in a view of the Eiffel Tower sited more than four kilometers away. 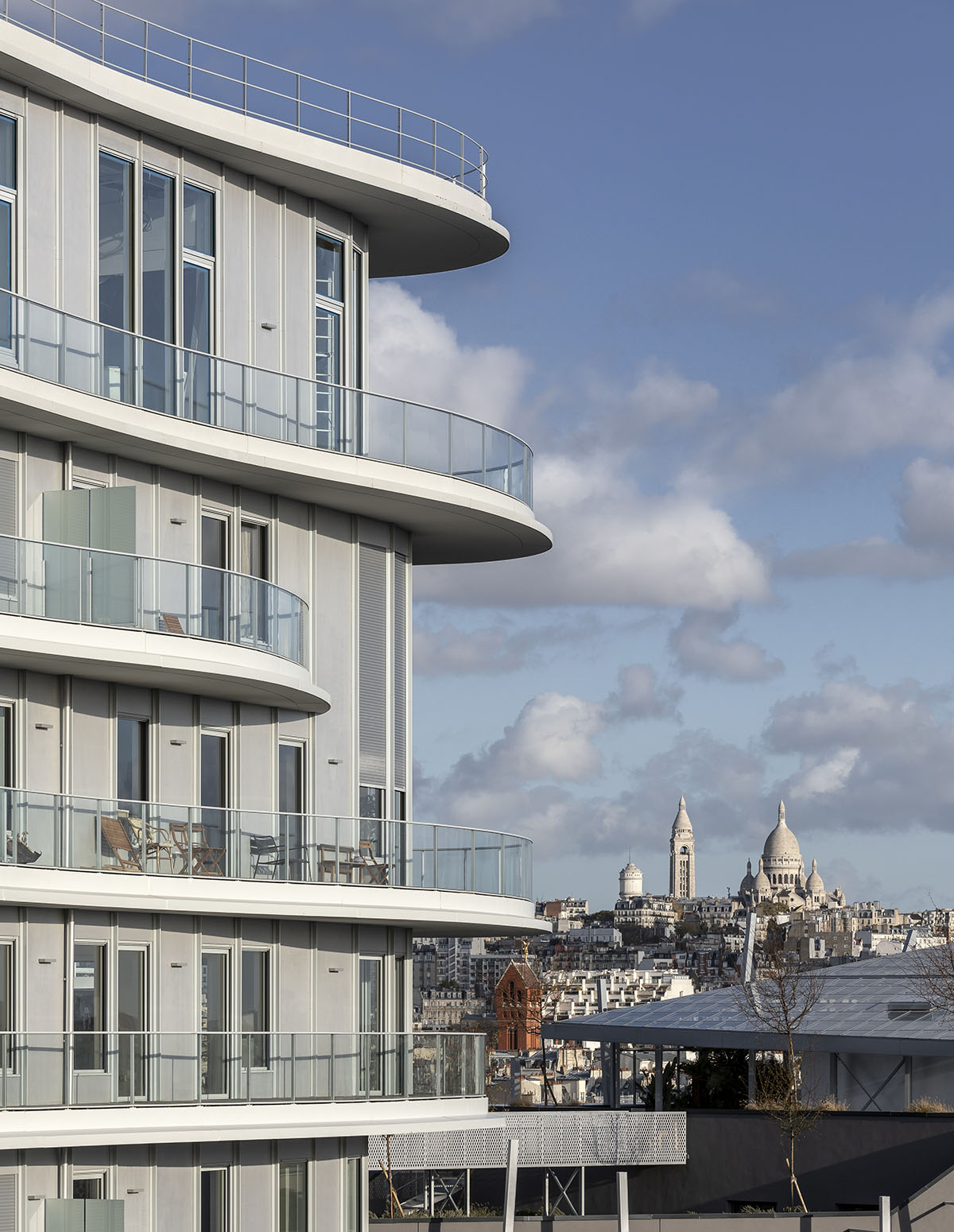 A number of individually selected trees, in addition, have been placed in planters along some of the terraces to frame views of the city from within the living spaces.

The terraces have the additional effect of providing each resident with easy access to fresh air, light and nature — a common feature in nearly all projects designed by MAD Architects — while becoming large enough in moments to encourage community gatherings among its residents.

Like the swaying trees surrounding the site, the billowing terraces animate the neighborhood from both up close and at a distance. Much like the terraces, no two floor plates throughout UNIC are alike to ensure that the entire living experience is as dynamic and full of surprises as it appears to be from the outside in both its affordable housing and luxury units.

The variability of floor plates was made possible through the use of a simple double core structure mixed with the flexibility of a bare concrete facade.

The nature and vibrant street life surrounding the neighborhood is invited indoors through the floor to ceiling windows lining the envelope, as well as the glass railing along the terraces. 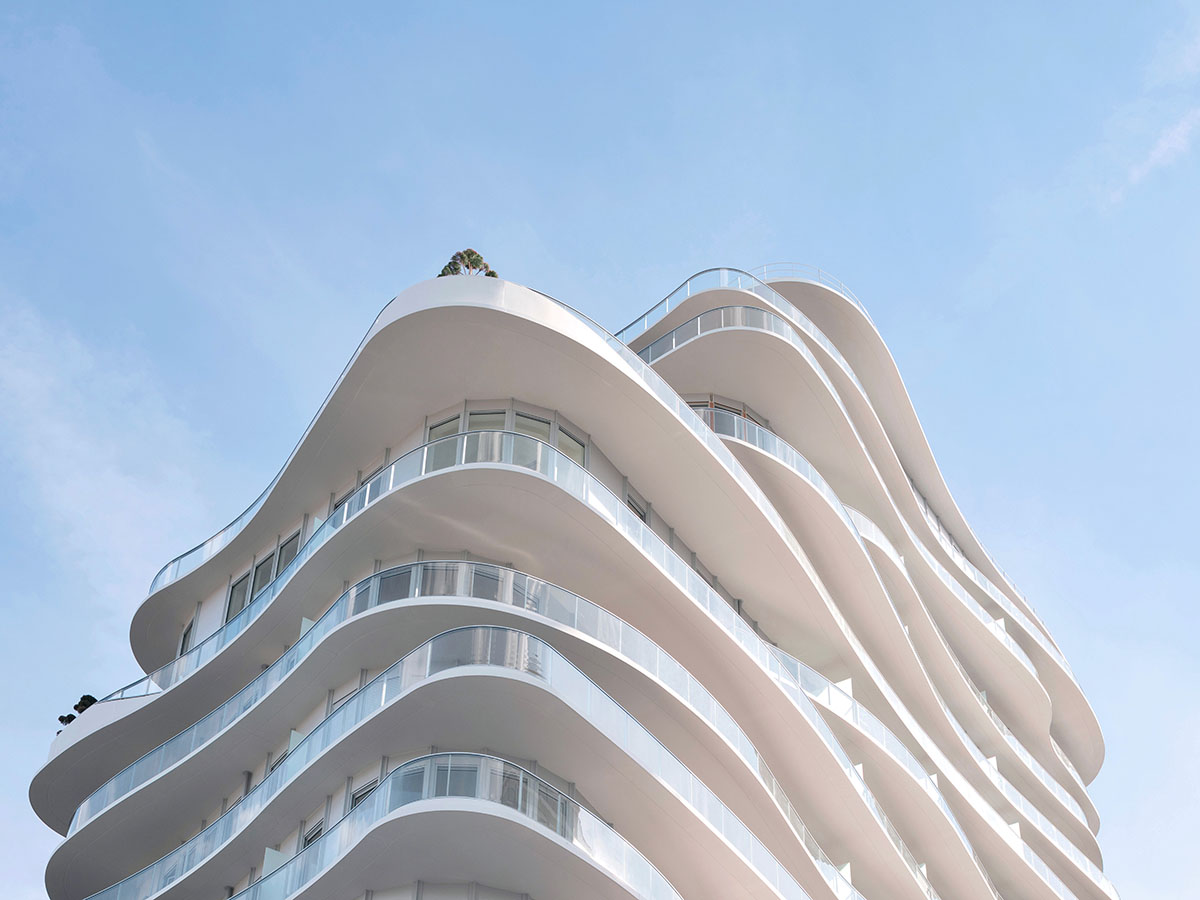 The living spaces are supported by a large podium on the ground floor, which is itself connected to an adjacent public housing project. This podium was designed to not only provide occupants with direct access to the local Metro station (marked by a colorful and sculptural awning facing the street) and related community resources, but also to house a range of facilities for locals and residents alike, including retail spaces, restaurants and a kindergarten, which itself is afforded an abundance of outdoor space on an orange-floored terrace placed atop the building’s podium. 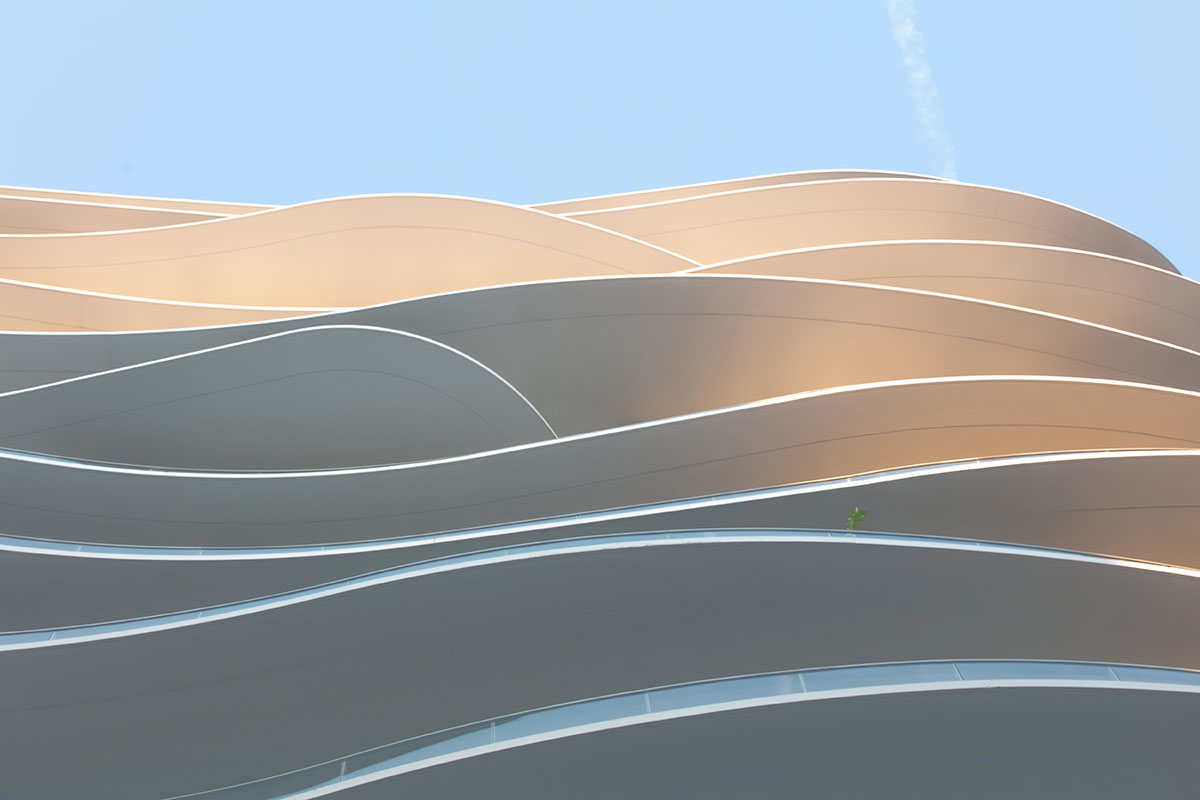 This unique mix of facilities has the added feature of facilitating communication between the many classes of occupants taking residence within UNIC, while the floor above the kindergarten is largely dedicated to a serpentine green space that provides residents with an additional opportunity to get in touch with nature amid their urban surroundings. 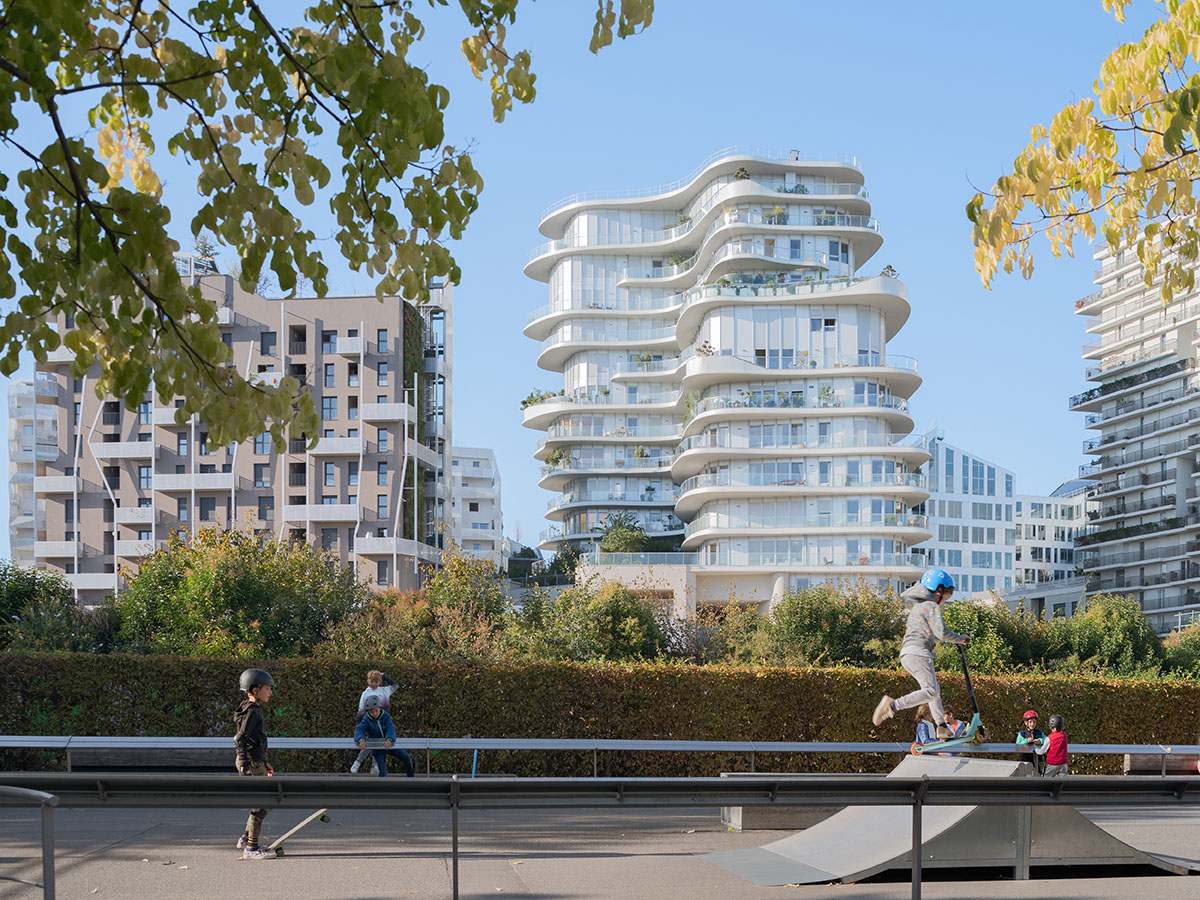 In 2019, the architectural model of UNIC was exhibited at “MAD X,” solo exhibition at Centre Pompidou and was acquired by its permanent collection.

In 2021, it was exhibited at “Paris Architecture (1948-2020): Witness of Urban Progress,” a special exhibition jointly launched by Centre Pompidou and Shanghai West Bund Museum in 2021. 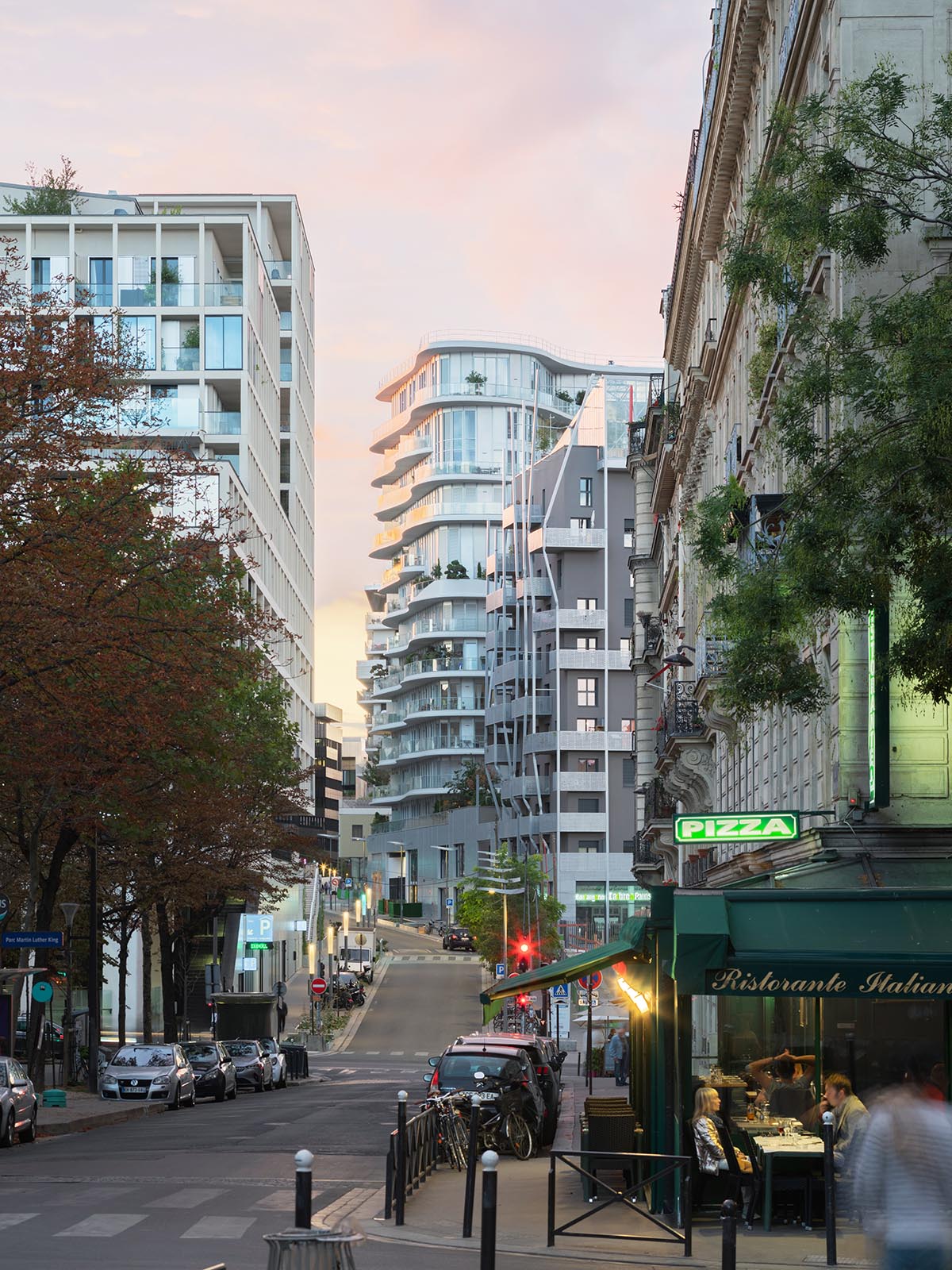 As an epitome of the evolutionary process of Paris, UNIC manifests MAD’s thinking in the sociality and humanity of urban living.

UNIC seeks to connect and enrich the surrounding communities by mixing social-economic classes and bringing nature to the city. It also aroused MAD’s interest in social housing design. 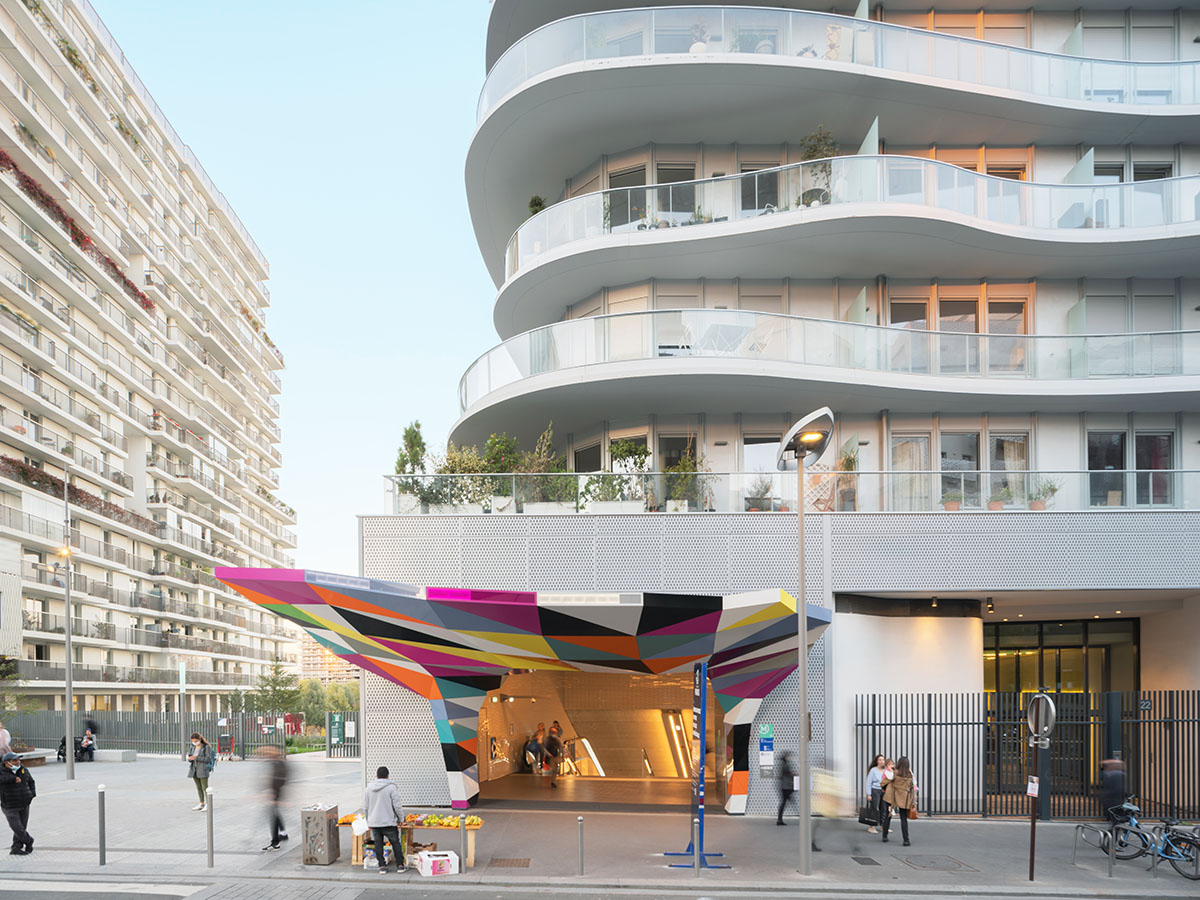 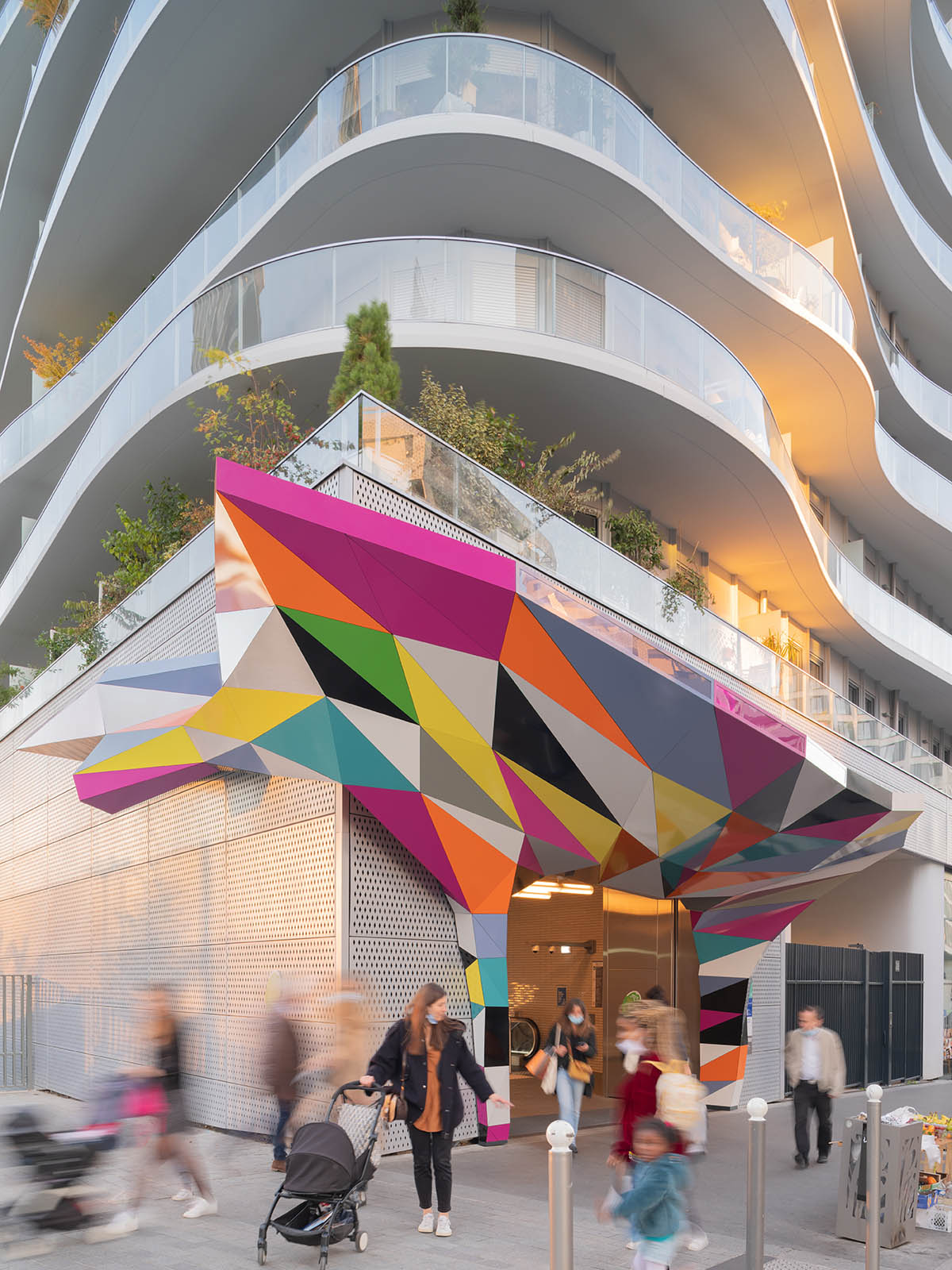 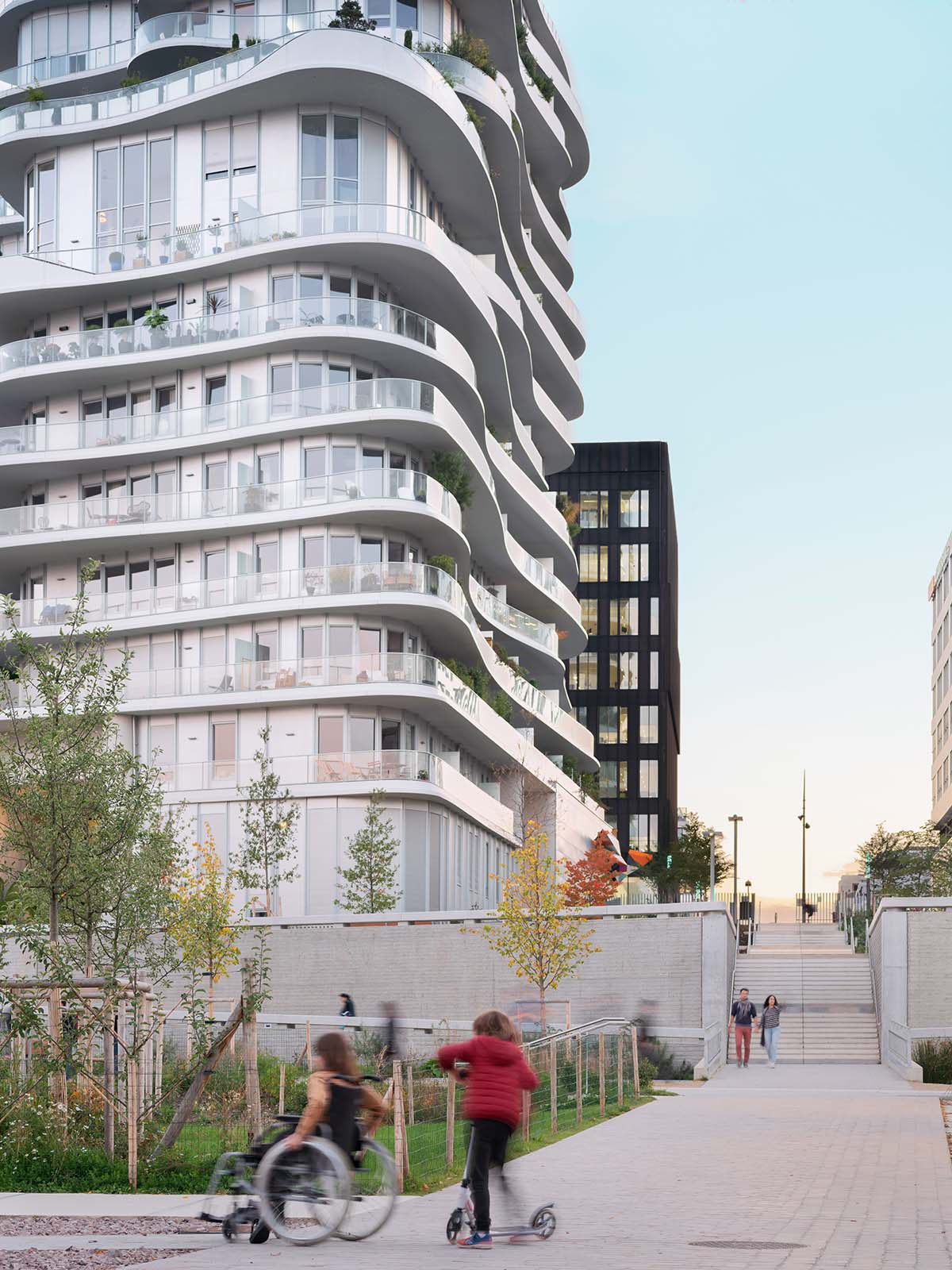 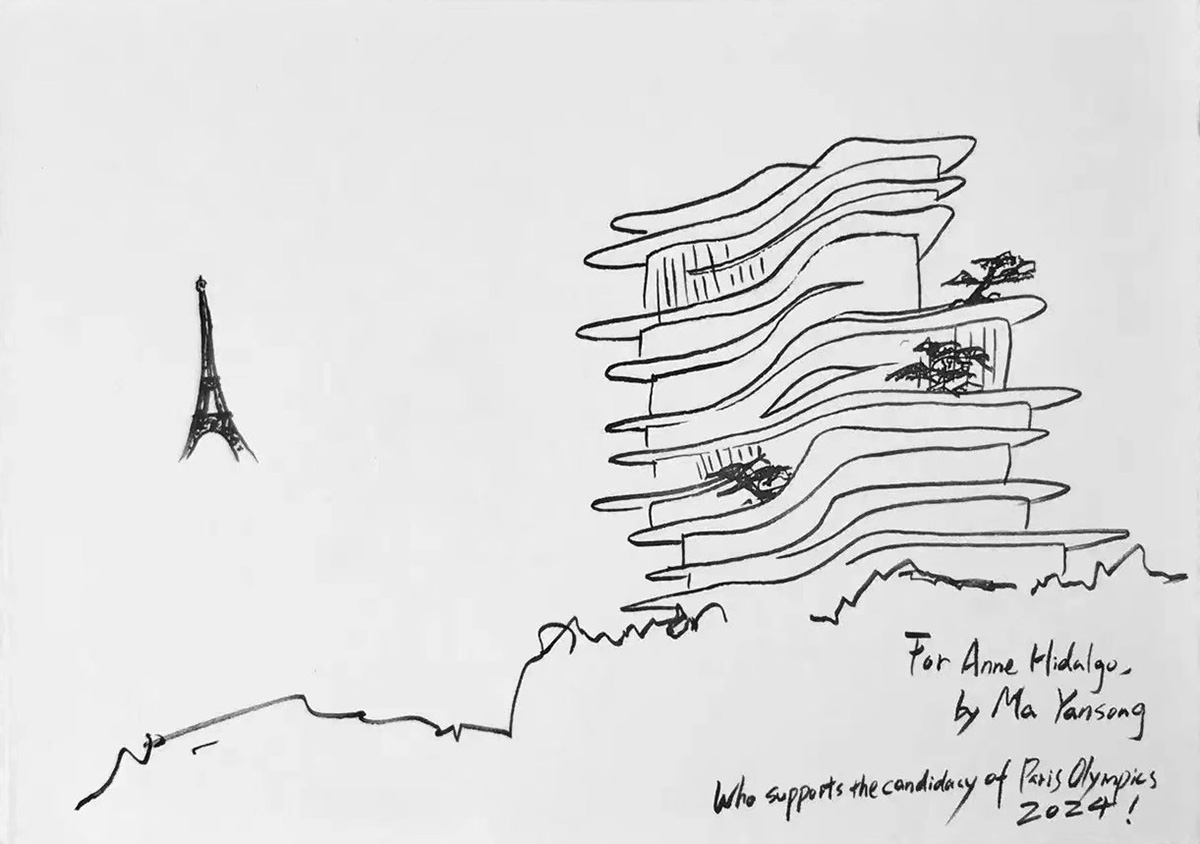 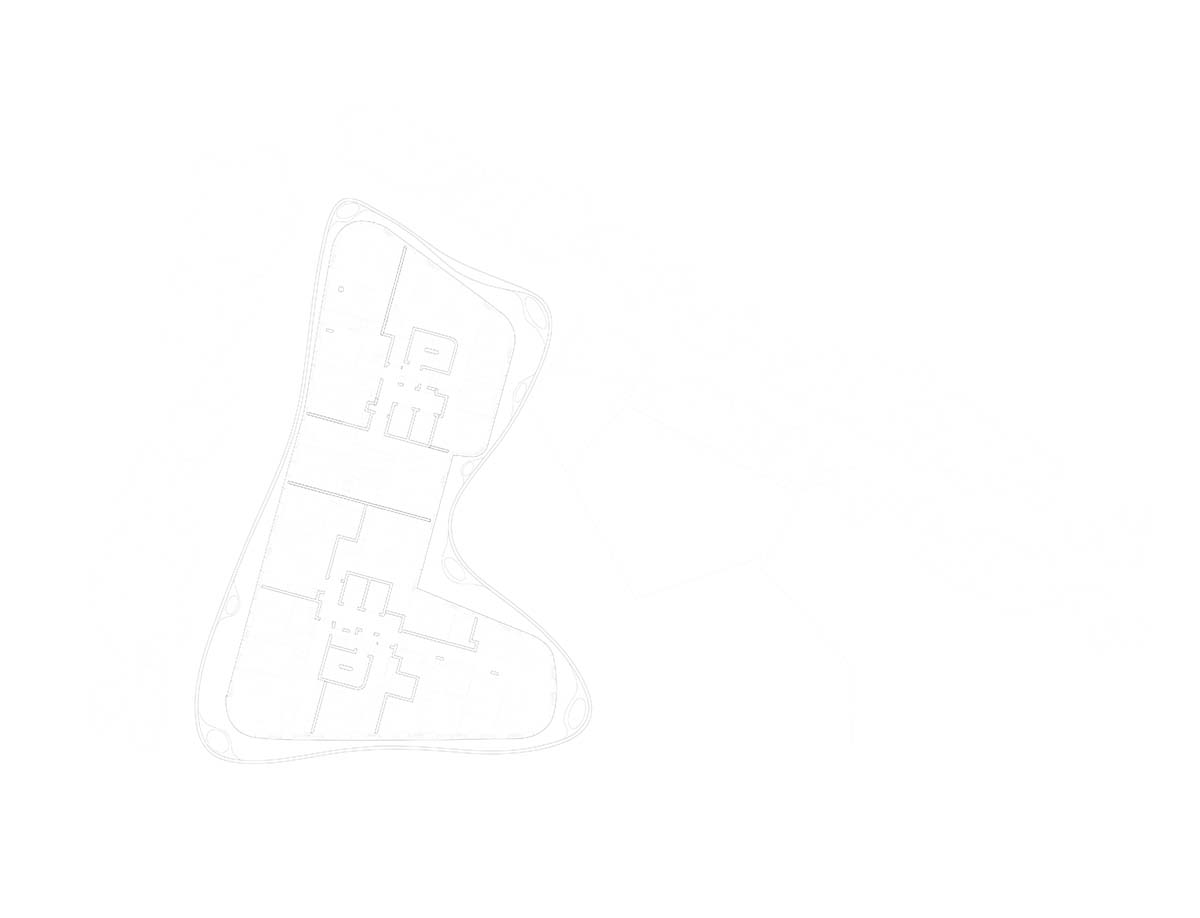 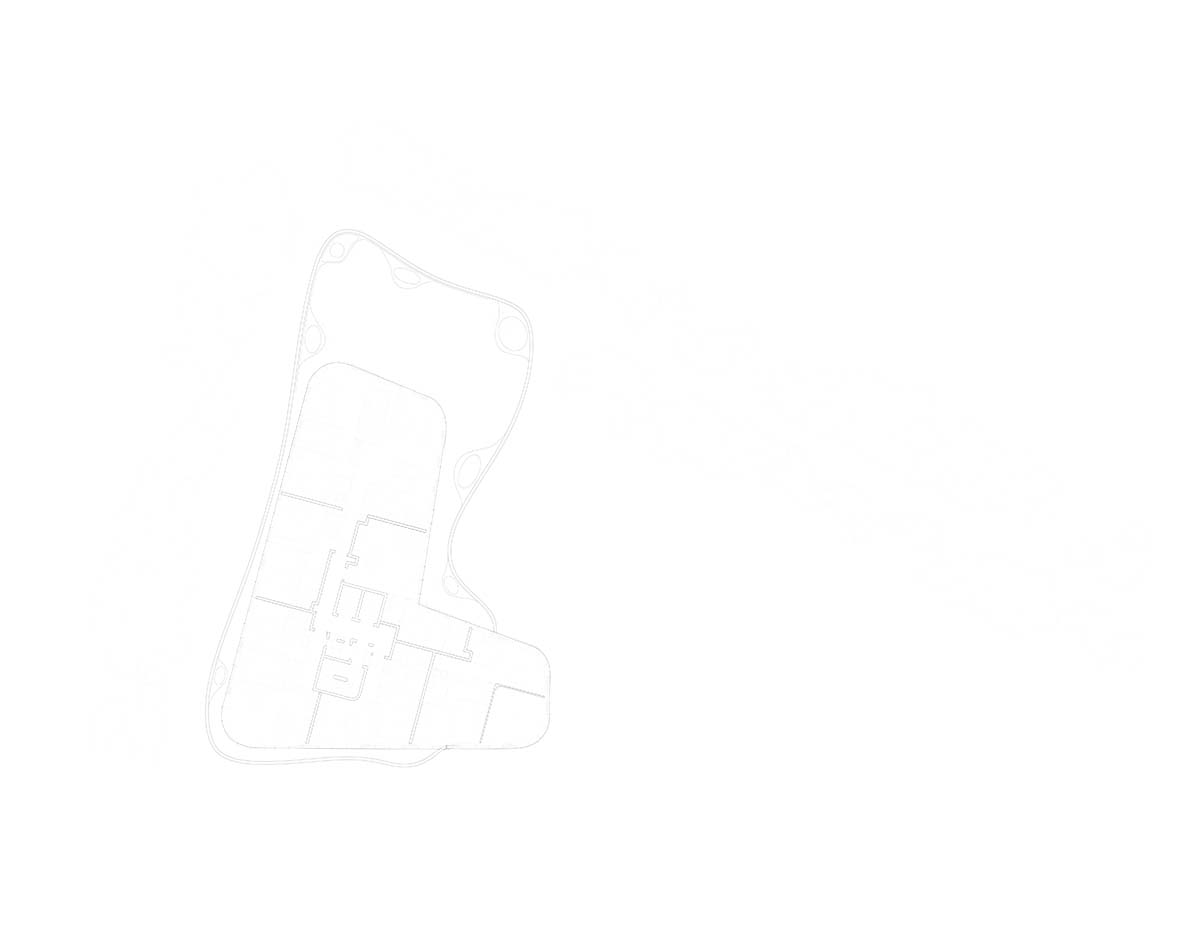 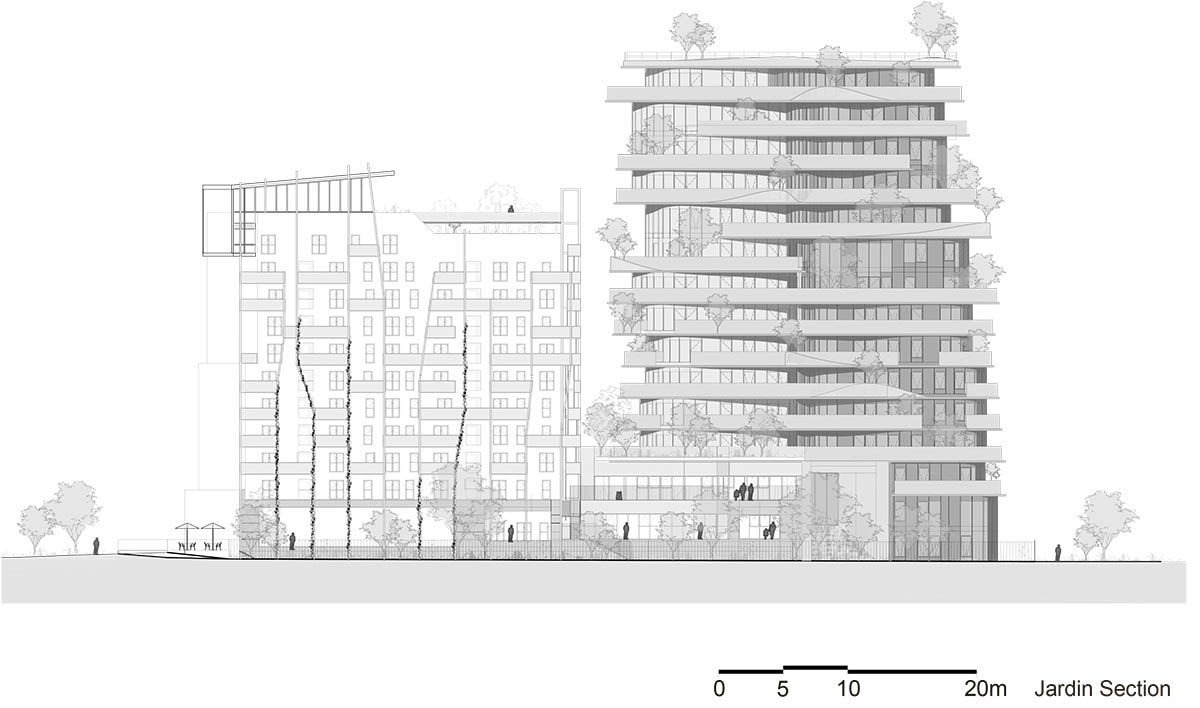