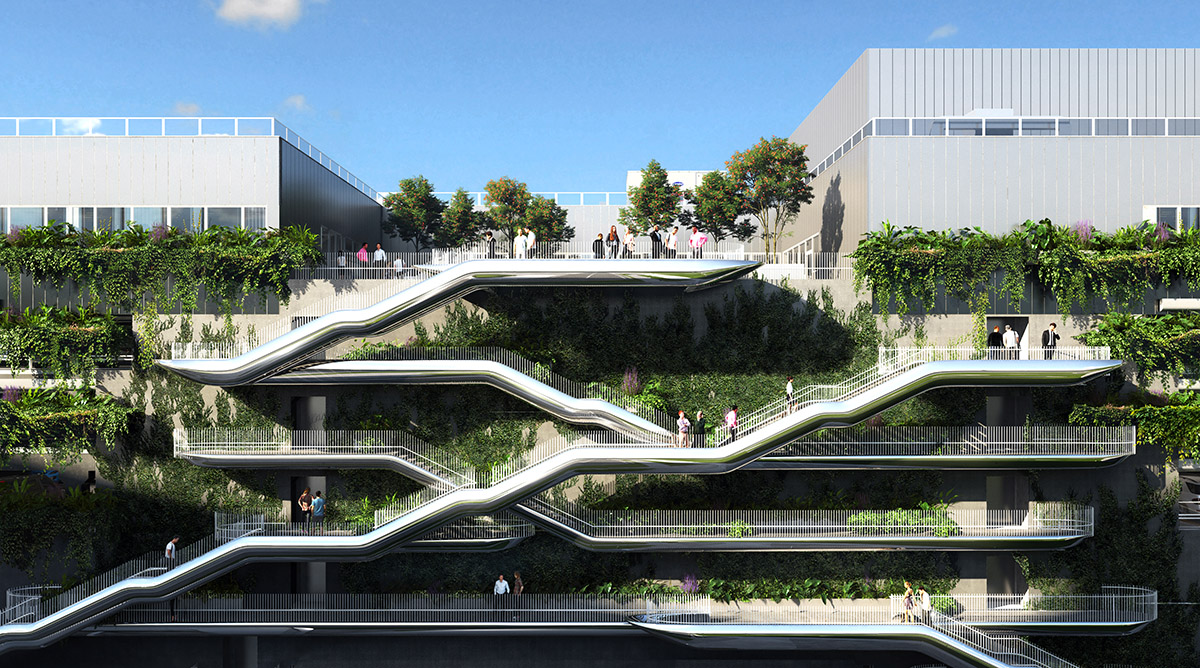 Chinese architecture practice MAD has unveiled design for a new mobility and logistic hub near Milan, Italy, which features a set of sculptural polished metal staircases.

Named the MoLo (short for Mobility and Logistic hub), the design is set along the western boundary of the Milano Innovation District (MIND) which is a recently developed neighborhood bringing together cutting-edge scientific research and education, business, and leisure facilities northwest of central Milan, Italy.

Led by Chinese Architect Ma Yansong, the studio has unveiled renderings of a monumental gateway complex which is differentiated with its polished, fluid staircases.

The complex reaches at 28.5 meters height with a length of 170 meters and its width spans 50 meters. 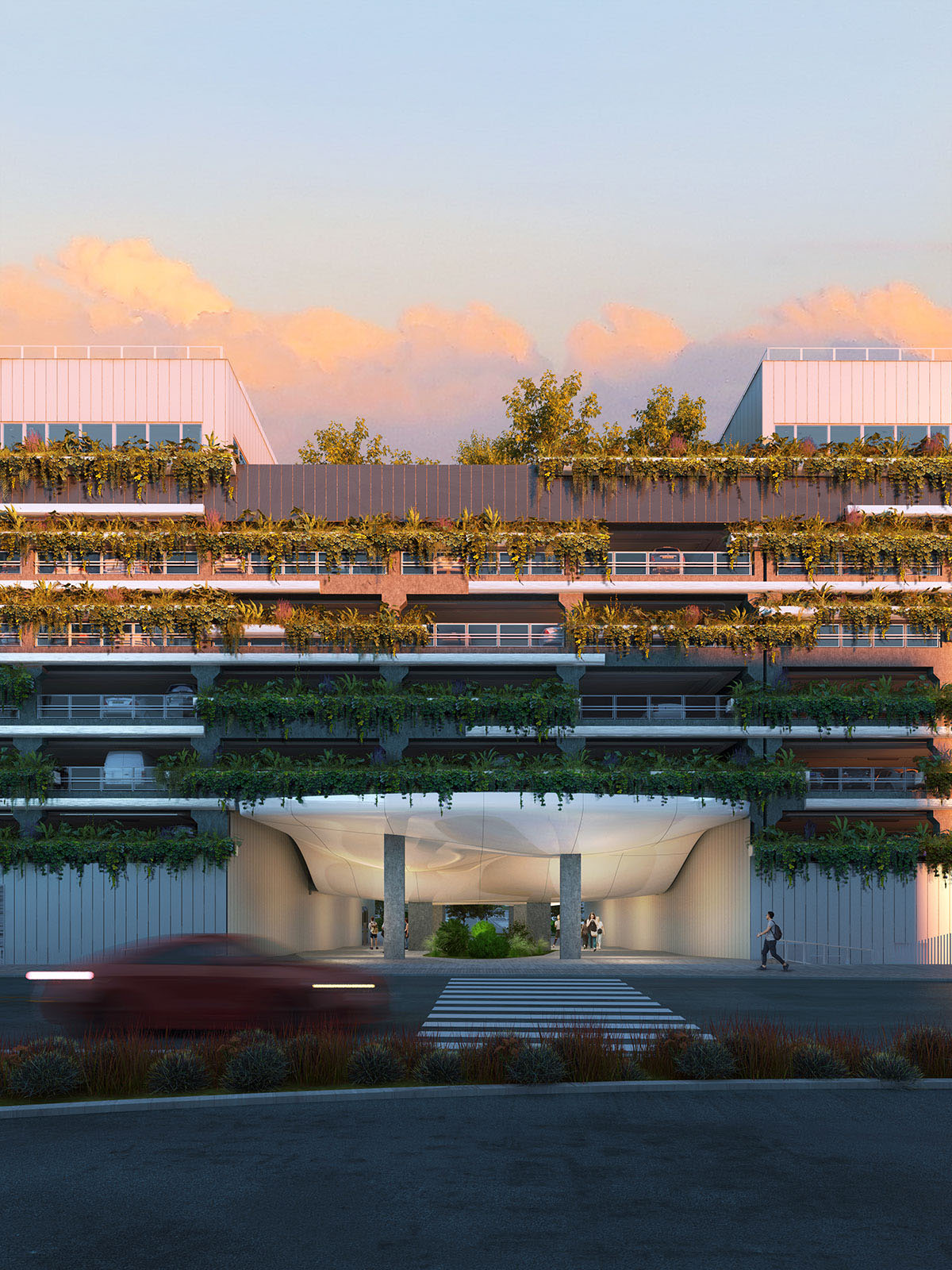 MAD's design which comprises an outside gross surface area of 68,800 square meters and a surface gross area of 11,195 square meters, brings together several facilities across over 11 square miles.

The MoLo was designed to perform as a welcoming entrance and education space for issues related to mobility in which visitors can drop off their cars to explore the district on foot and see innovative transportation technology in person.

The building has seven levels above ground and one underground, including 3,000 square meters of commercial space on the ground floor, as well as laboratories, offices and a supermarket.

Conceived to be visible from nearly all angles, however, "the dazzling five-story parking structure is the centerpiece of the MoLo," according to MAD. 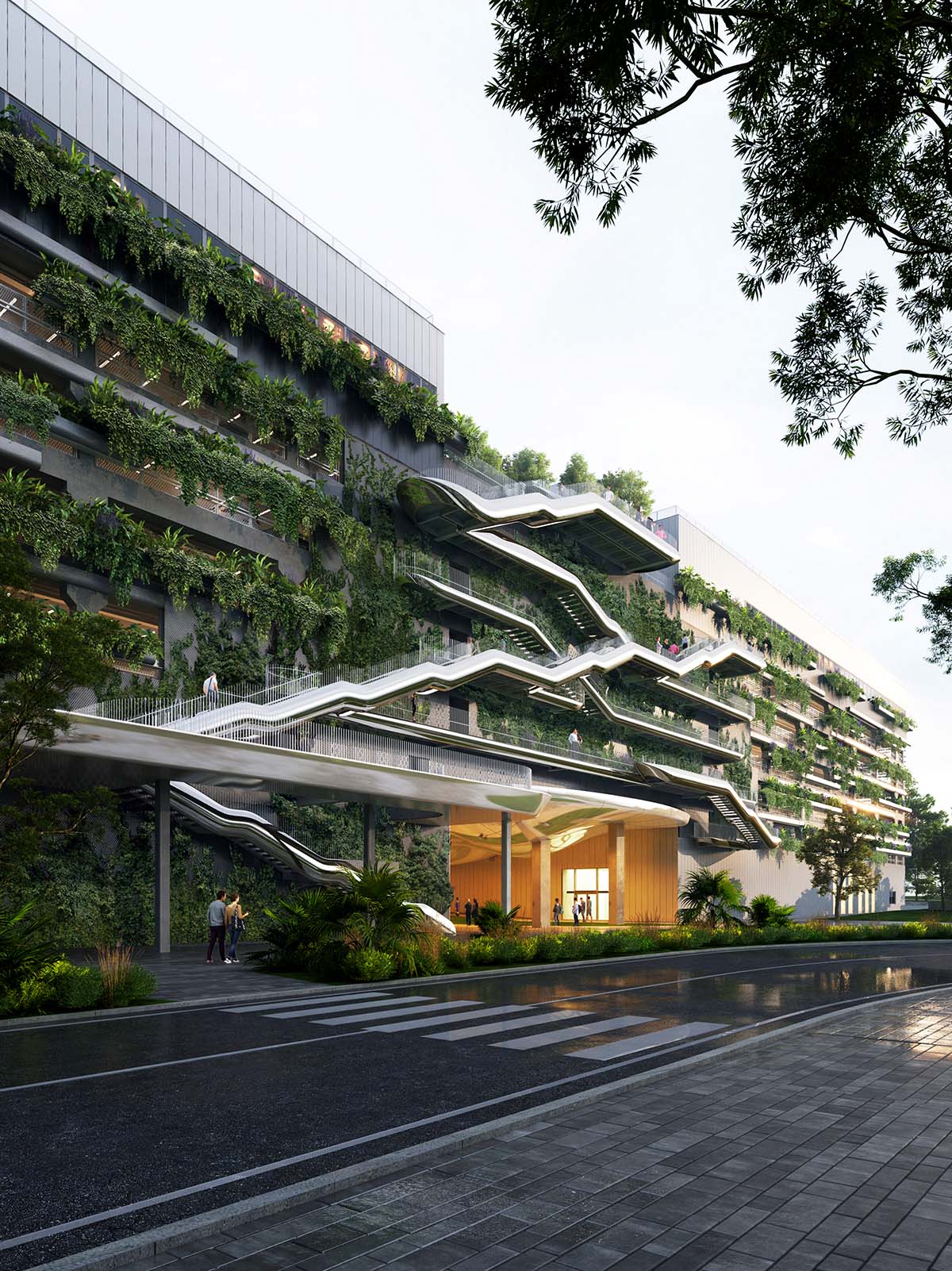 The five-story parking structure have a capacity of 1,500 automobiles, the parking structure was designed as a gateway for those arriving from the Rho municipality and other main routes along the western half of MIND.

Since the MoLo is situated on the border between two municipalities, the complex design "aims to dissolve that separation through a public interchange tunnel crowned by a sculptural set of polished metal staircases," MAD stated.

Like several other projects by MAD Architects — including Gardenhouse in Beverly Hills and One River North in Denver, Colorado — MAD's new complex is designed as "an integration of nature and architecture".

For instance, the main facades are wrapped with lush vegetation that will beautify the neighborhood while capturing airborne carbon.

The use of vertical landscaping as a design element also allows the MoLo to visually blend into the verdant landscaping of its surroundings. 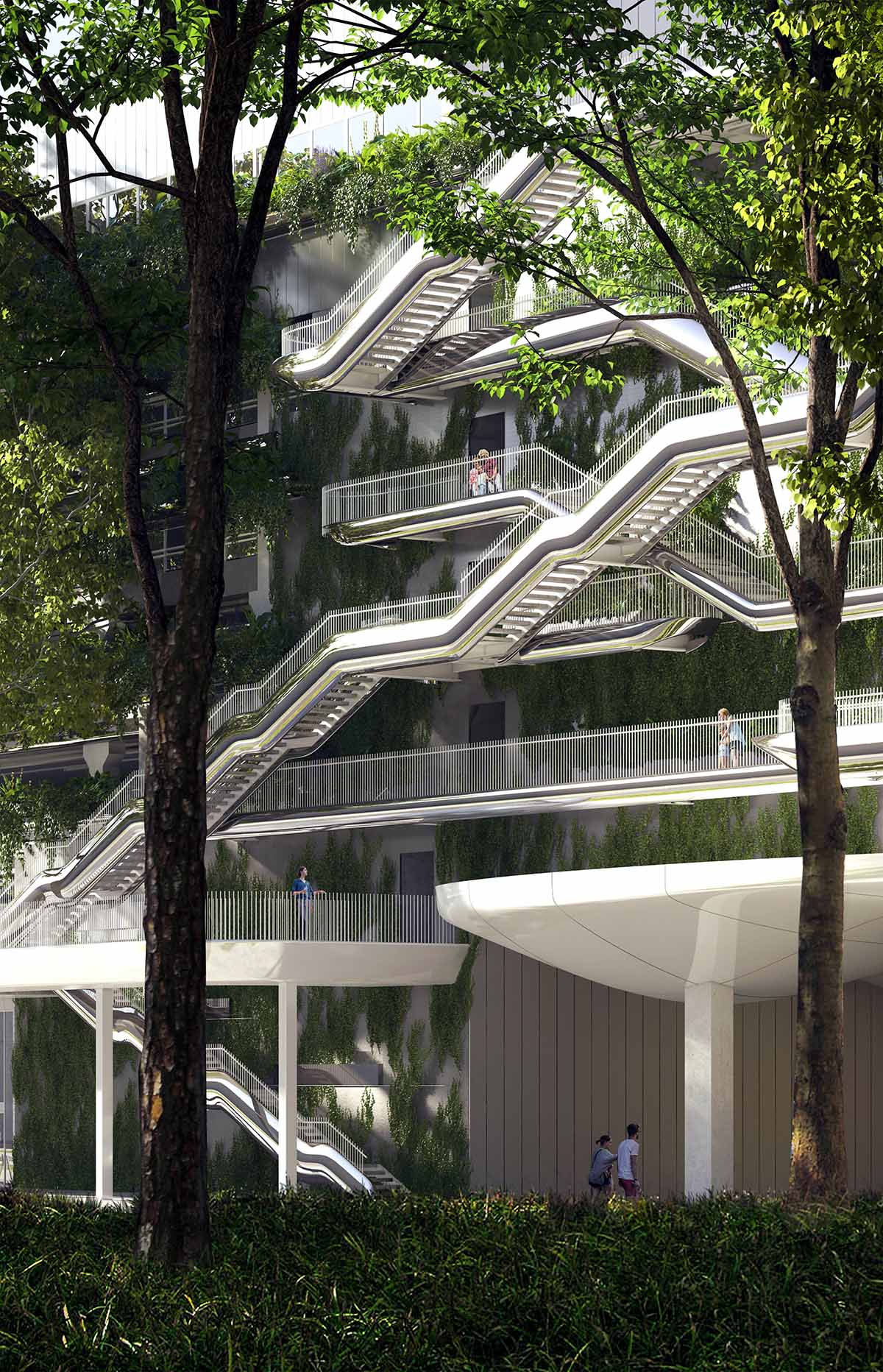 In addition, an open gallery near the public interchange tunnel that cuts diagonally across the ground floor along the center of the building in an effort to blur the boundary between indoor and outdoor while physically connecting the MoLo to the nearby Rho-Arese park.

The ceiling of the gallery is marked by a large cloud-like sculpture that undulates in the direction of pedestrian movement.

Addressing to the new district’s commitment to sustainability and 21st century technological innovations, the construction of the MoLo is planned to be assembled within a prefabricated concrete frame structure in accordance with the Design for Manufacturing and Assembly (DfMA) method - which is a standard for ensuring a streamlined and efficient construction process that reduces material waste and labor hours.

"The complex will be developed in accordance with the green building certification program LEED (Leadership in Energy and Environmental Design), and will house a photovoltaic field of panels spanning more than 8,000 square meters on the upper surfaces that will act as an abundant source of renewable energy for the surrounding district," said MAD in its project description. 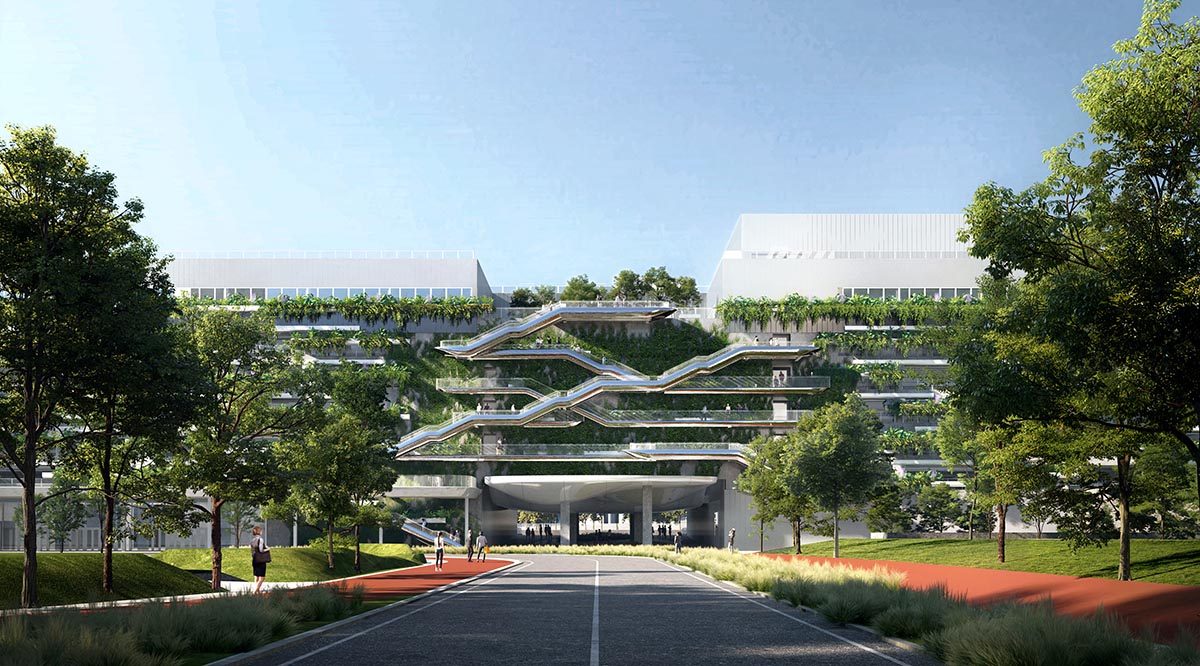 The MoLo is one of the latest projects of MAD has designed in Europe following several installations for Milan Design Week and 71 Via Boncompagni, an adaptive reuse project located in the heart of Milan.

Freedom, Meteor and the interpretation of Dior’s iconic Medallion Chair were the three projects that MAD designed for the 2021 Milan Design Week.

Altogether, it weaves innovative function with cutting edge technology and striking form to demonstrate what the future holds for transportation systems in urban centers around the world.

The MoLo is expected to begin construction in September 2022.