The new village is being created for an entire new community displaced by Boko Haram. Conceived and led by the Nigerian Government, with support from the United Development Programme (UNDP), the new urban plan and infrastructure was designed by a Nigerian Consultant Architect Tosin Oshninowo.

The first phase, including housing and basic services including a school and healthcare facility, which is set to be complete in summer 2022. 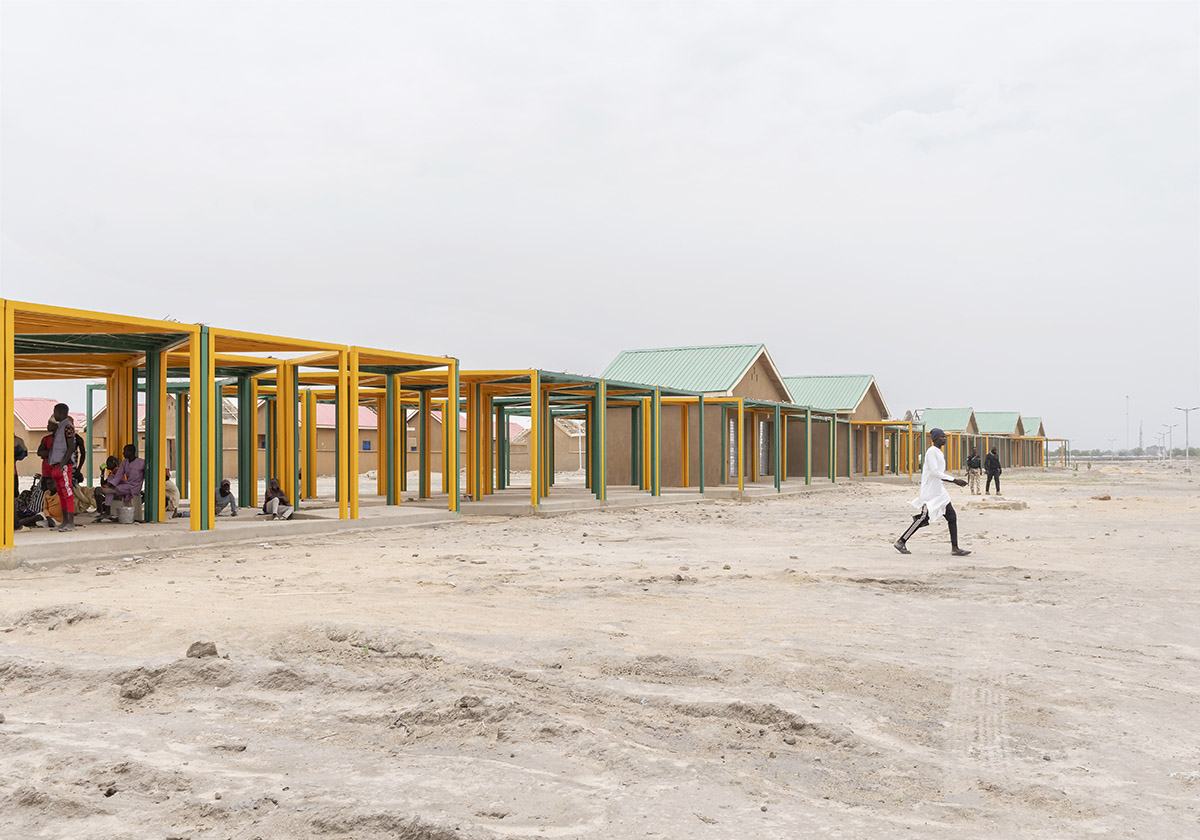 Tosin Oshinowo is working in collaboration with the state government and the UNDP, and after held extensive consultations with the local community, she designed a village, a new settlement town that reflects and speaks to their culture.

The project includes approximately 500 housing units, a marketplace, health clinic, community centre, primary school & teacher’s quarters, a police outpost and residence, as well as water facilities all of which will be solar powered and fully equipped. 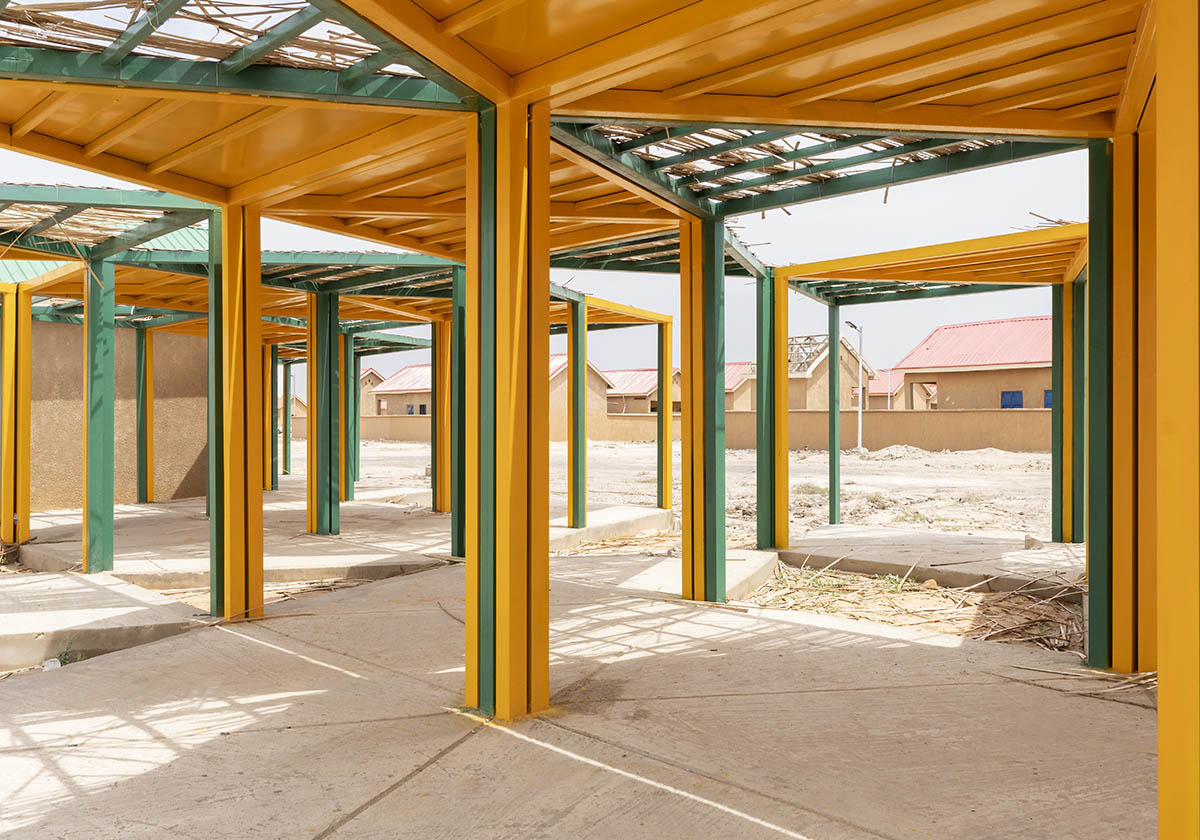 The ongoing conflict in the Lake Chad Region has affected Nigeria and its neighbouring countries Cameroon, Niger, and Chad.

In Nigeria, over 7.5 million people need assistance across the states of Adamawa, Borno and Yobe in the northeast region, making it one of the most severe humanitarian crises in the world.

One of the places affected in the north-east is a small community called Ngarranam in Mafa Local Government Area, Borno State. The entire community was destroyed and displaced following attacks by the insurgent group Boko Haram, which led to extensive destruction of their community in 2015. 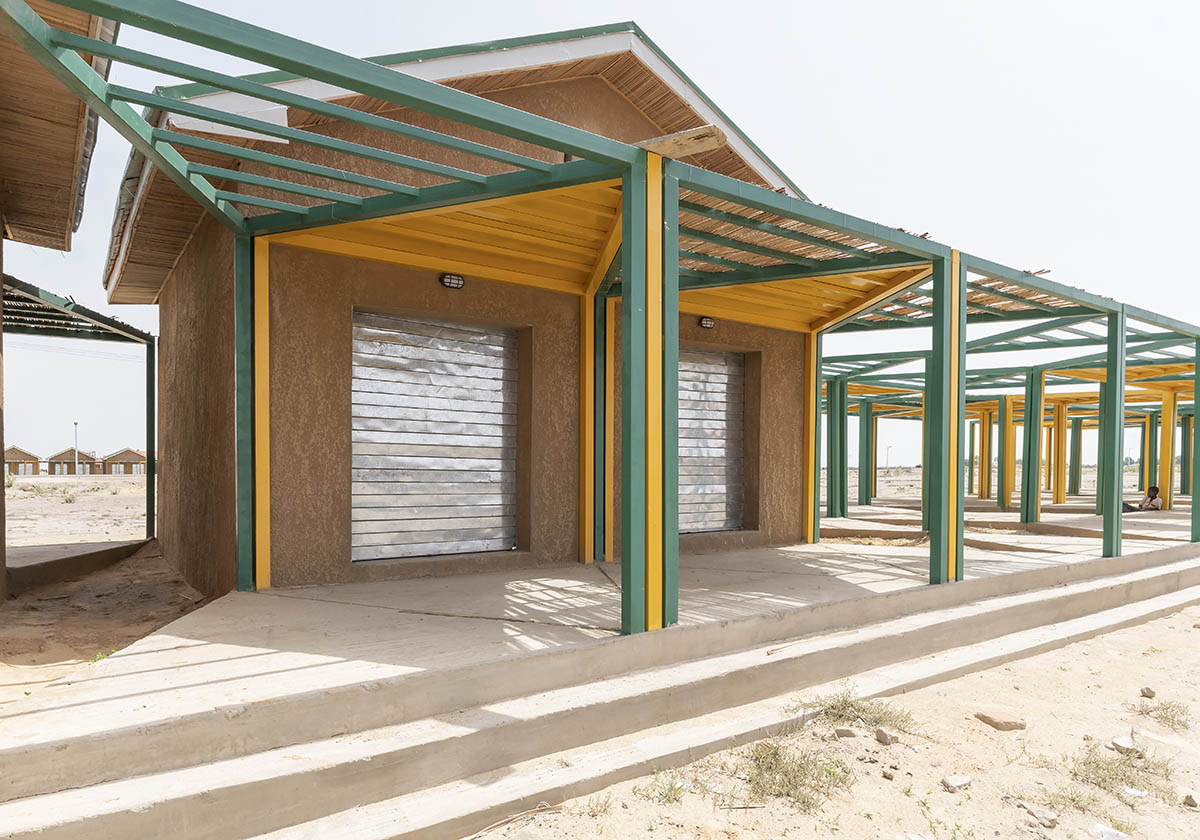 Their shelter, economic system of livelihood, social system and local leadership structures were fragmented because of the attacks, and movement out of their previous locality.

The government has identified Ngaranam as as an ideal place to build a pilot township expansion to make them return to home, while integrating sustainability, well-being and prosperity. 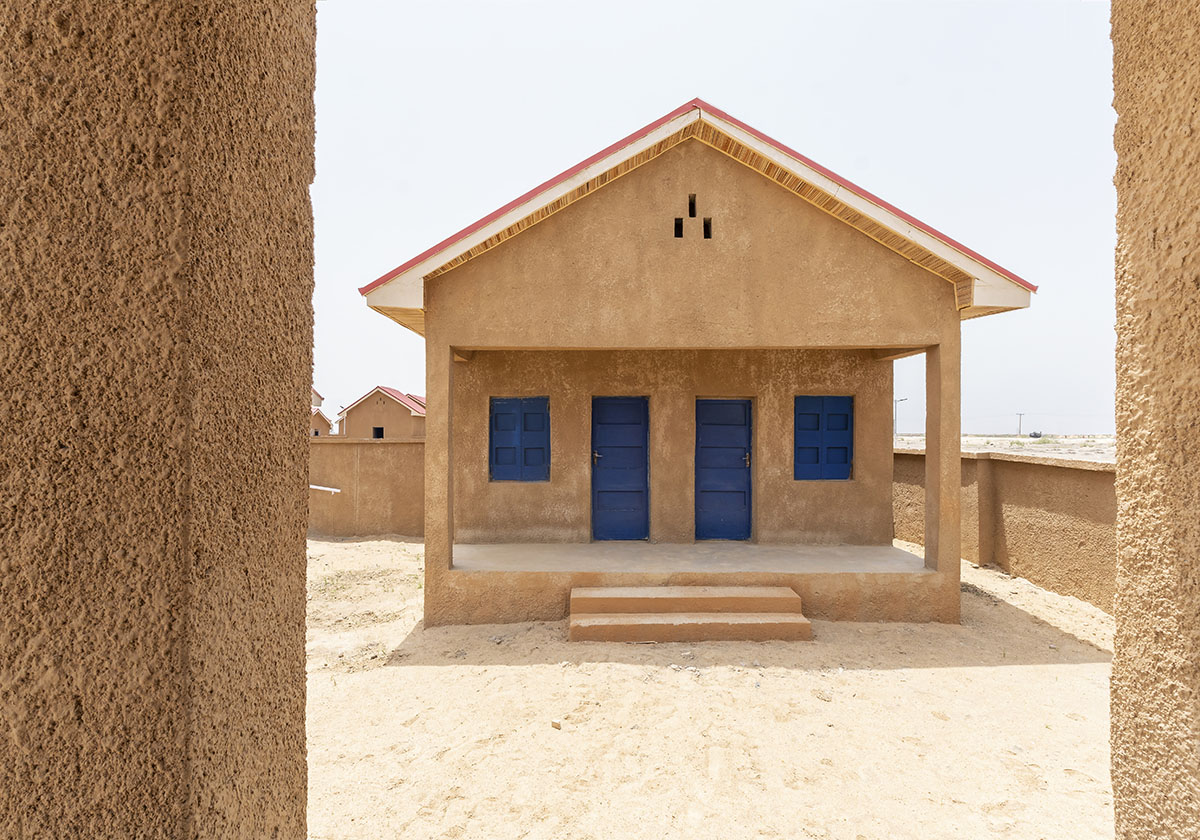 The aim of the project is to help communities that remain vulnerable to continued infiltration and attacks by seeking to improve community safety and security, while proposing to deliver essential infrastructure and basic services in recovered territories, and facilitating access to livelihood opportunities.

The vision for the ‘Homes for Ngarannam’ was to design a settlement town more closely related to the Kanuri/Islamic culture than the existing stabilization programs that have been executed in the State. The general masterplan of Ngaranannam focuses on three major areas: Residences, Roads and Services. The design for the housing unit, was an improvement on previous designs for housing executed by UNDP and Borno State Government in the State.

In the design of the housing units, the architect Tosin Oshninowo paid special attention to the community's preference for the look, feel and color - which features reddish roofs - while also paying attention to the sustainability of the build structure. 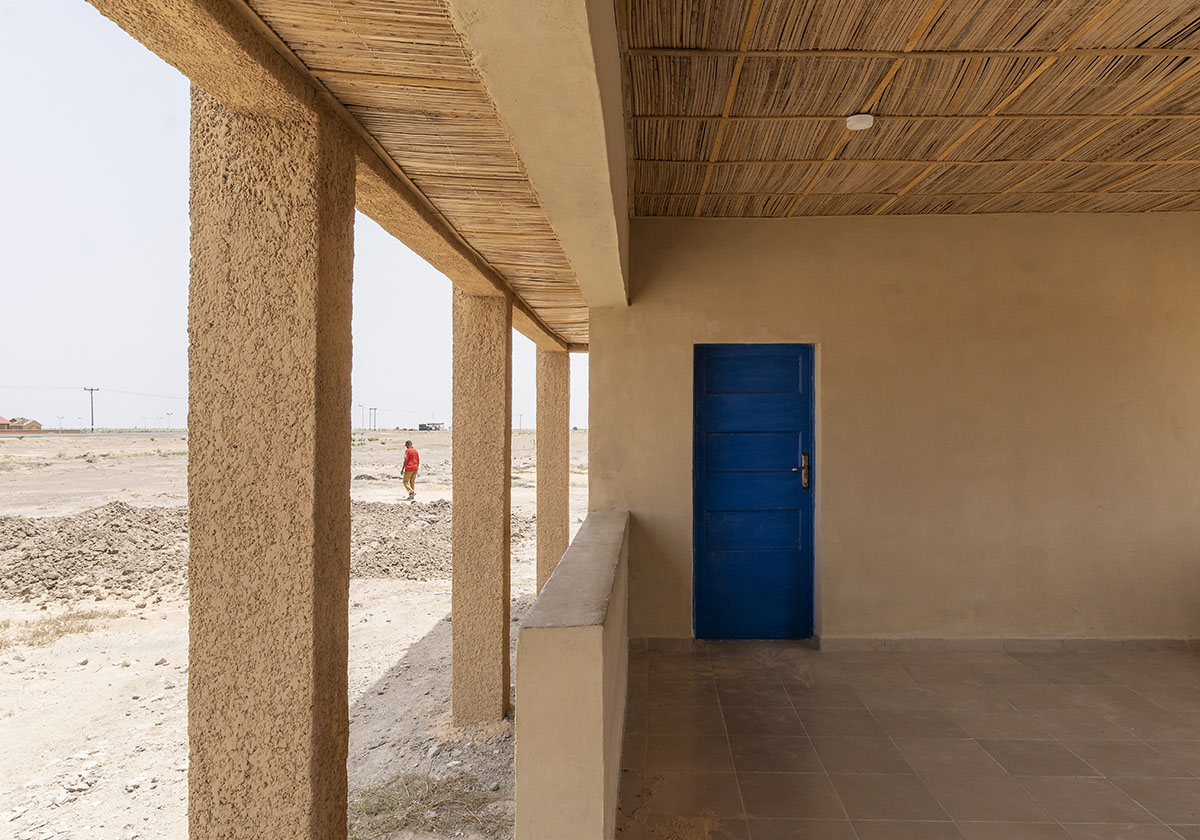 Another special adaptation was the addition of the Zaure, a traditional reception room, which is fundamental to Kanuri/Islamic culture in separating public and private areas in the home.

The plan also integrates the street network once and for all, while specifying the layout and width of all the streets. The location and the character of all open spaces, as well as monuments and public service buildings are also regulated by the master plan. 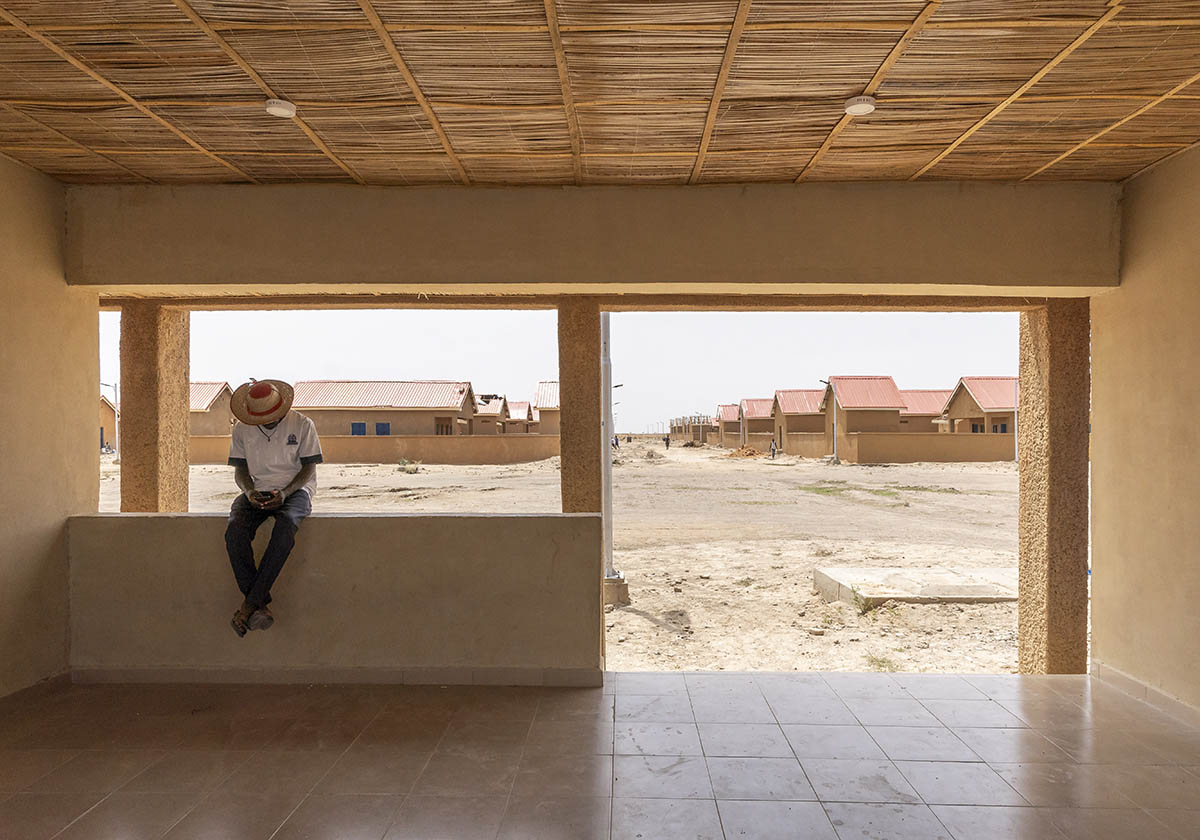 The proposal includes a community center, primary health clinic, marketplace, and police post, all of which will be completed in the first phase. Key design features include an adaptable shading pavilion that can be organically developed and built by the local community to create shaded areas for social gatherings, a pavilion scheme adapted to form for the marketplace’s open market stalls section.

While the project taking the ‘human-centred design’ principle to the core of the masterplan, The Nigerian Government and the UNDP aim to build all interventions consciously suited to culture, environmental and climatic needs. "It was therefore important that the community drive the building scale and materiality that is appropriate, conscious, and respectful to the way of life that existed prior to the conflict," stated a press release by UNDP.

"The approach for Ngarannam is for the re-establishment of the community, including its infrastructure and creating a secure environment for free return of the former community member." 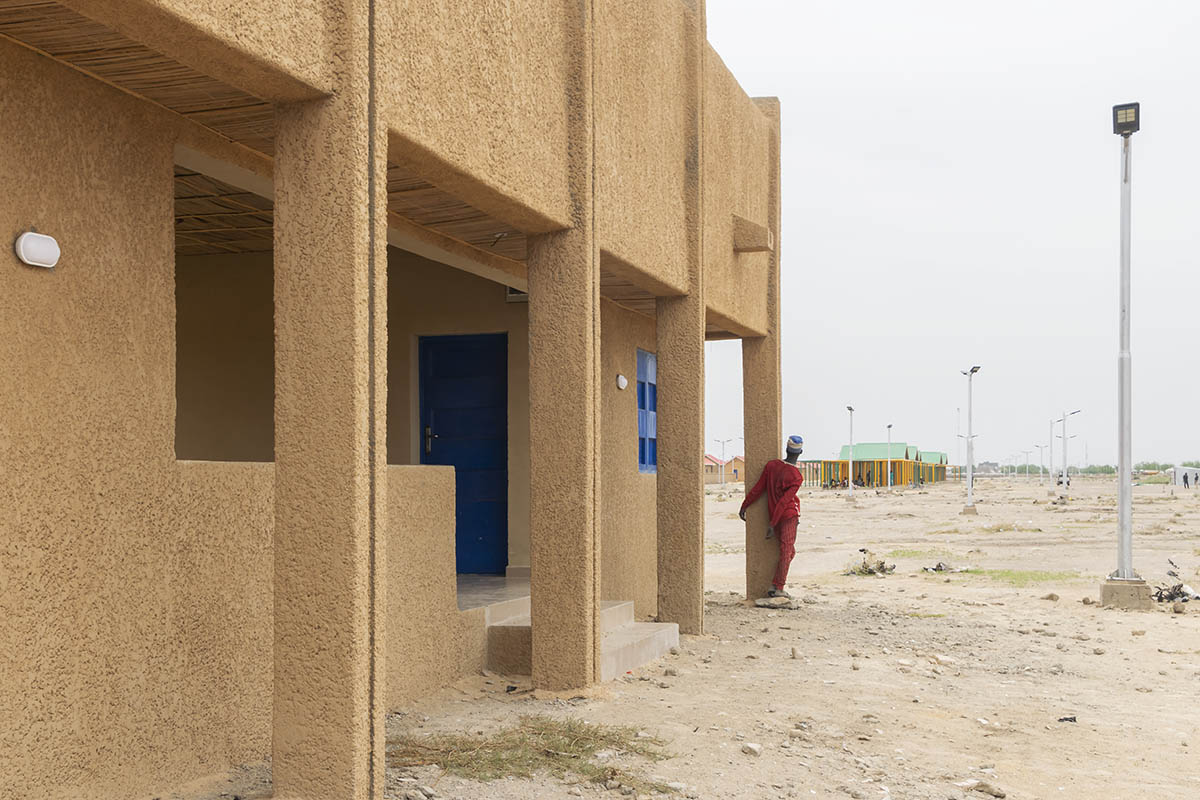 "Prior to the insurgency, the former residents of the Ngarannam community had a flourishing cultural diversity considering that the society was a mixed presence of Fulani, Kanuri, Shuwa and Gamargu members."

"While displacement has disrupted the effective functionality of their cultural systems and their involvement was fundamental to this design proposal," reads the press statement. 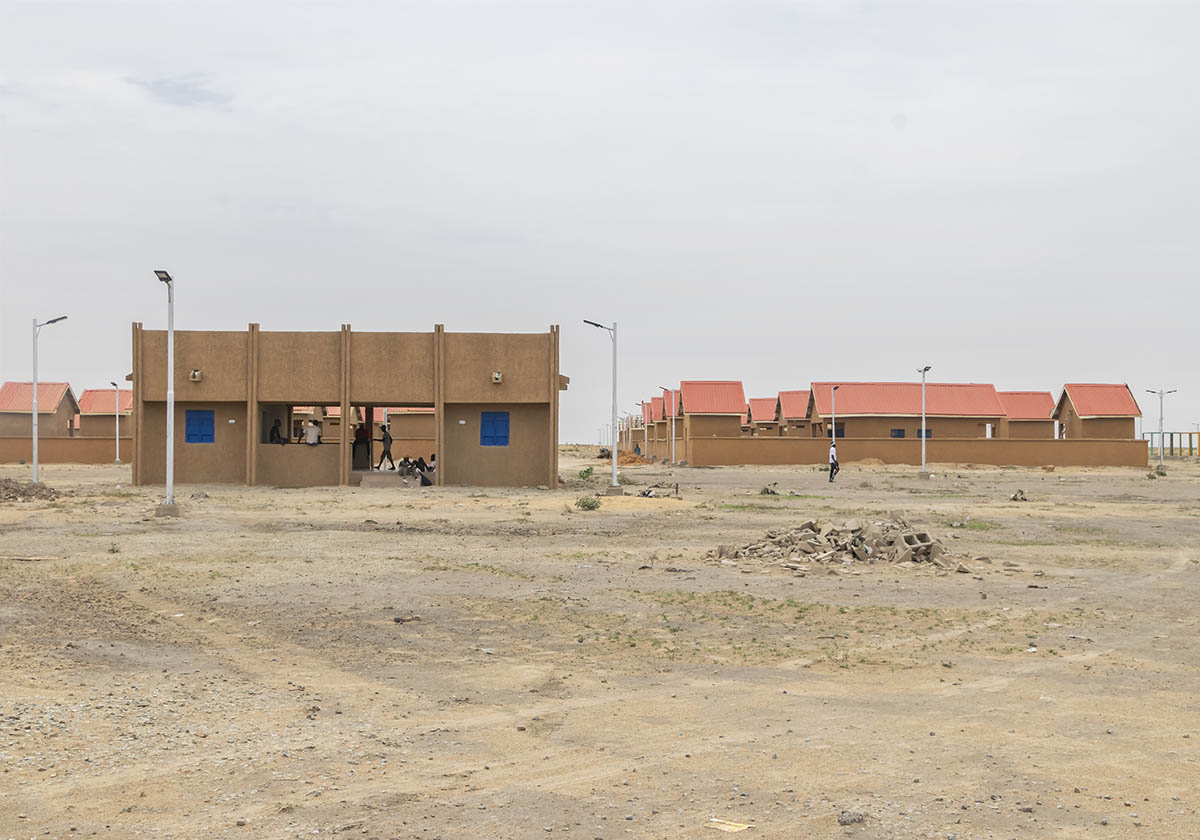 The design of the masterplan is aimed "at regulating growth while enabling beautification to allow residents of Ngarnannam to rebuild and return to semblancy of their normal lives." 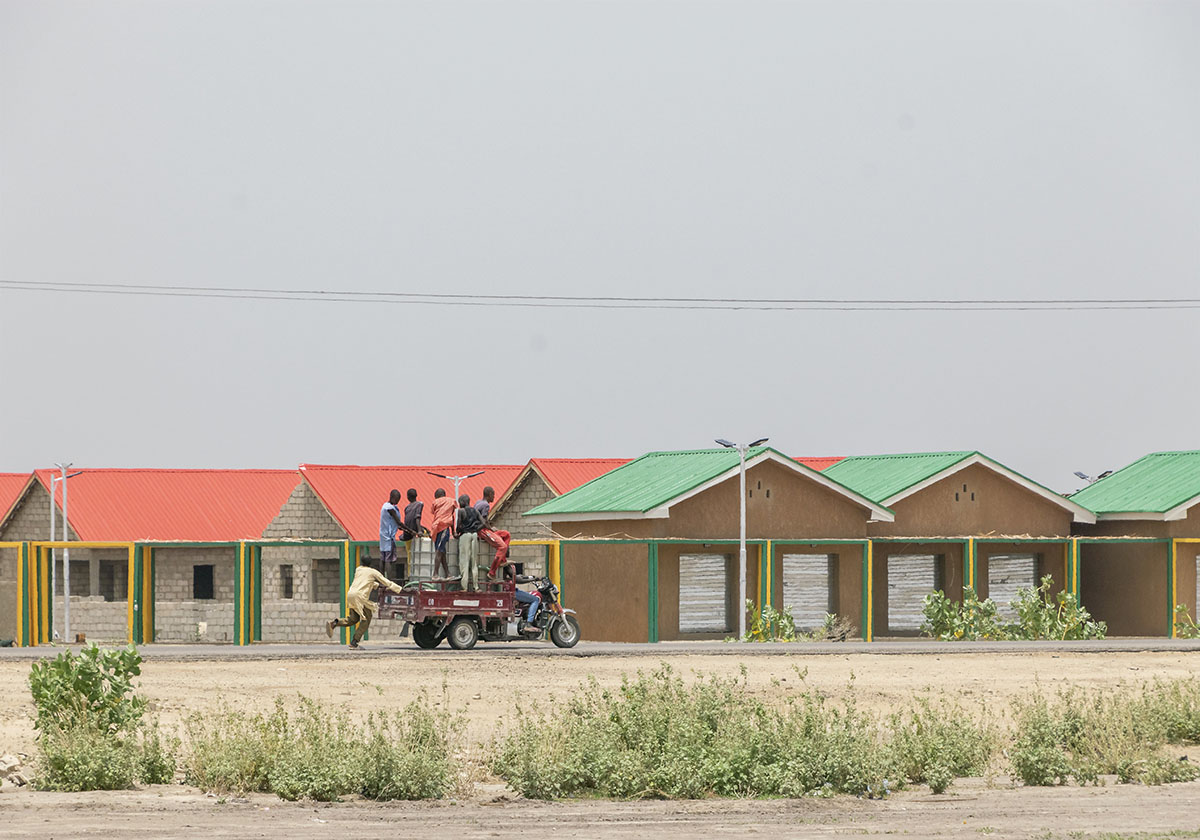 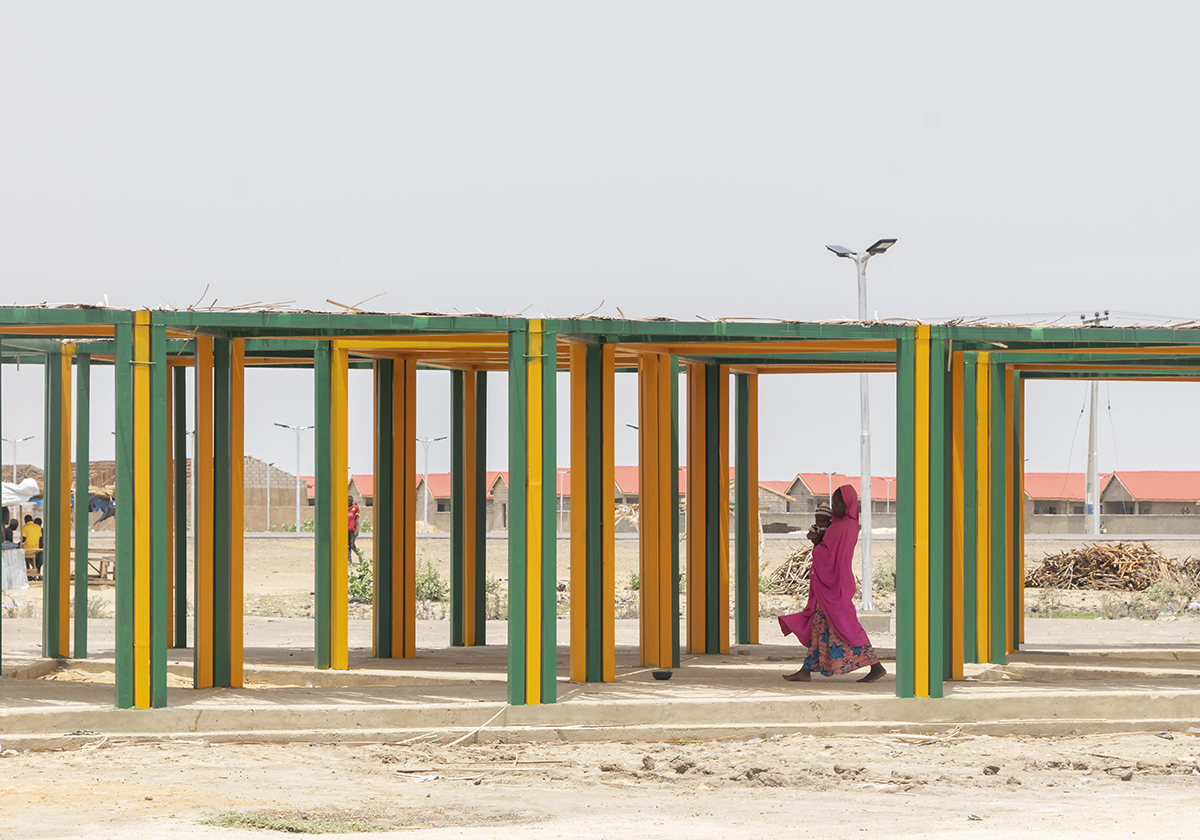 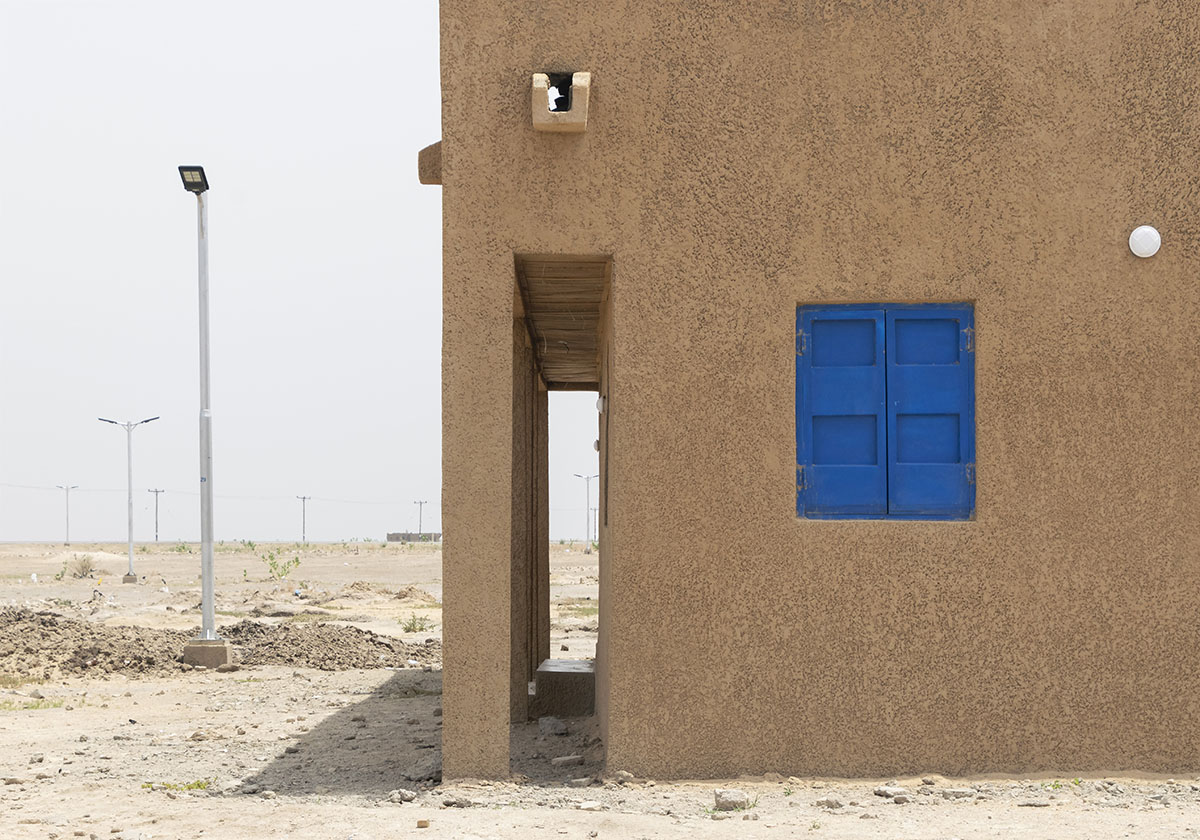 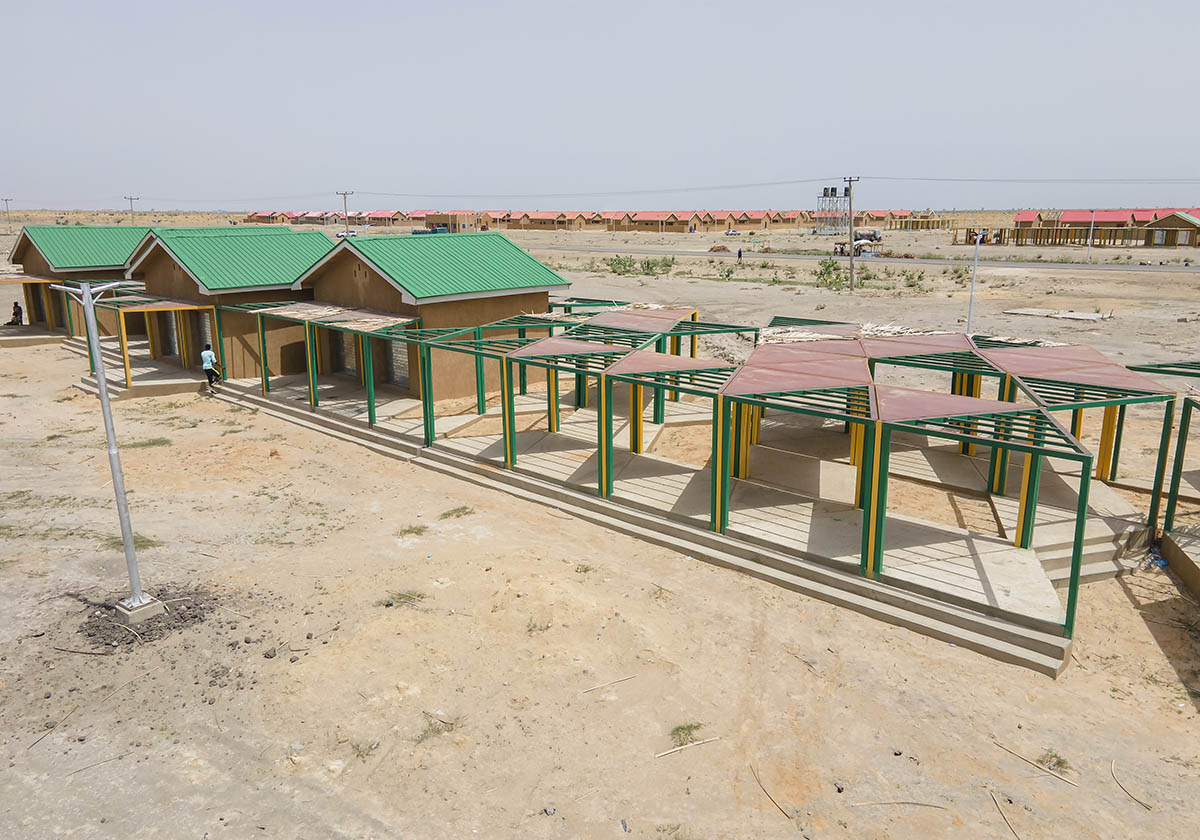 Tosin Oshinowo is the principal of Lagos-based studio cmDesign Atelier, the architecture studio she founded in 2012 in Lagos. She is renowned for her socially responsive approaches to architecture, design and urbanism in which her design philosophy is deeply rooted the West African context.

The studio’s designs are characterized by a minimal, open aesthetic and a sensitivity to materiality, as well as environmental and societal impact. Her studio is working across residential and civic architecture, the practice has carried out some notable landmark projects in Lagos and other parts of Nigeria.

UNDP is the UN’s global development network, an organization advocating for change and connecting countries to knowledge, experience and resourc- es to help people build a better life.

All images courtesy of UNDP and Tolulope Sanusi.