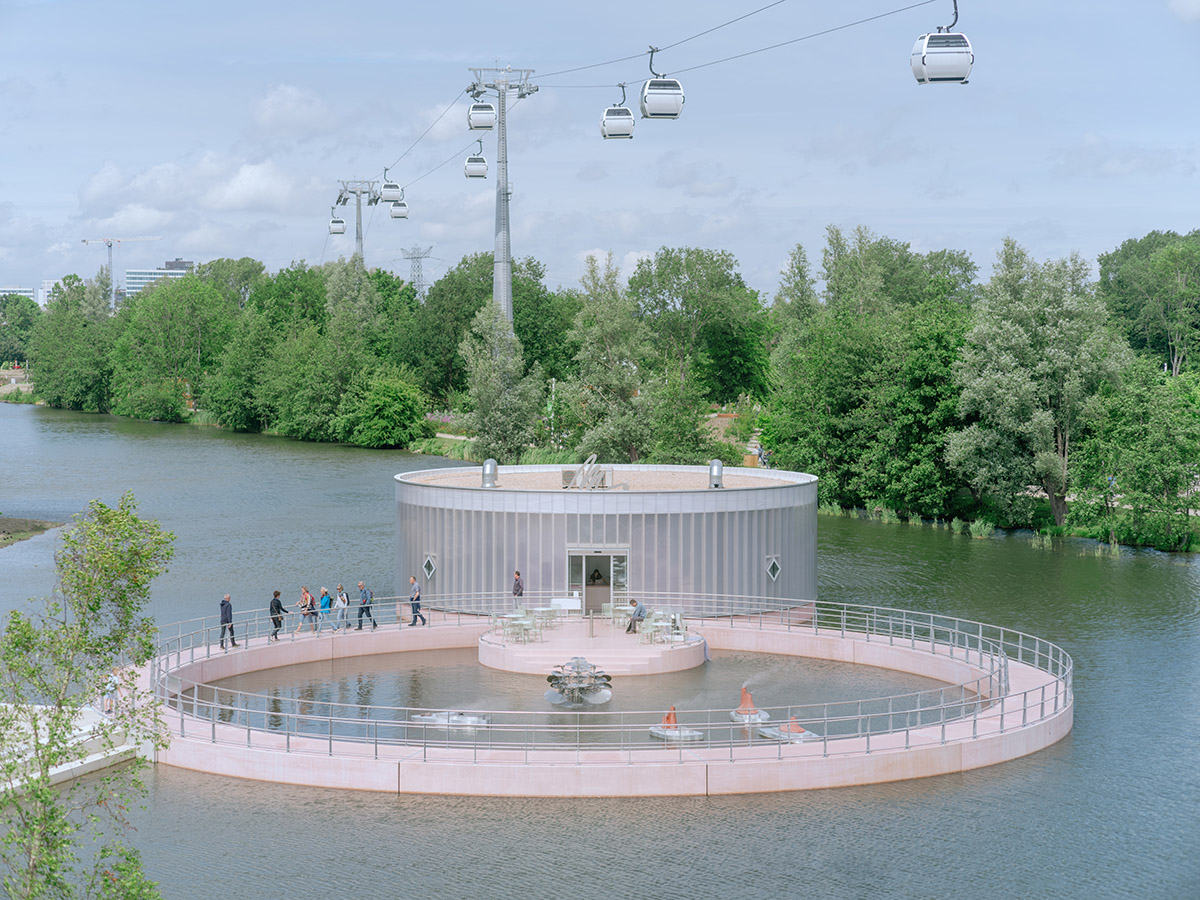 The floating pavilion was designed as a pilot project for at the heart of the world horticultural exhibition Floriade Expo 2022, in which MVRDV co-founder Winy Maas is acting as a Supervisor for Floriade 2022.

Almere Floriade 2022 as the International Horticultural Exhibition opened its doors on 14 April and can be visited until 9 October, 2022. 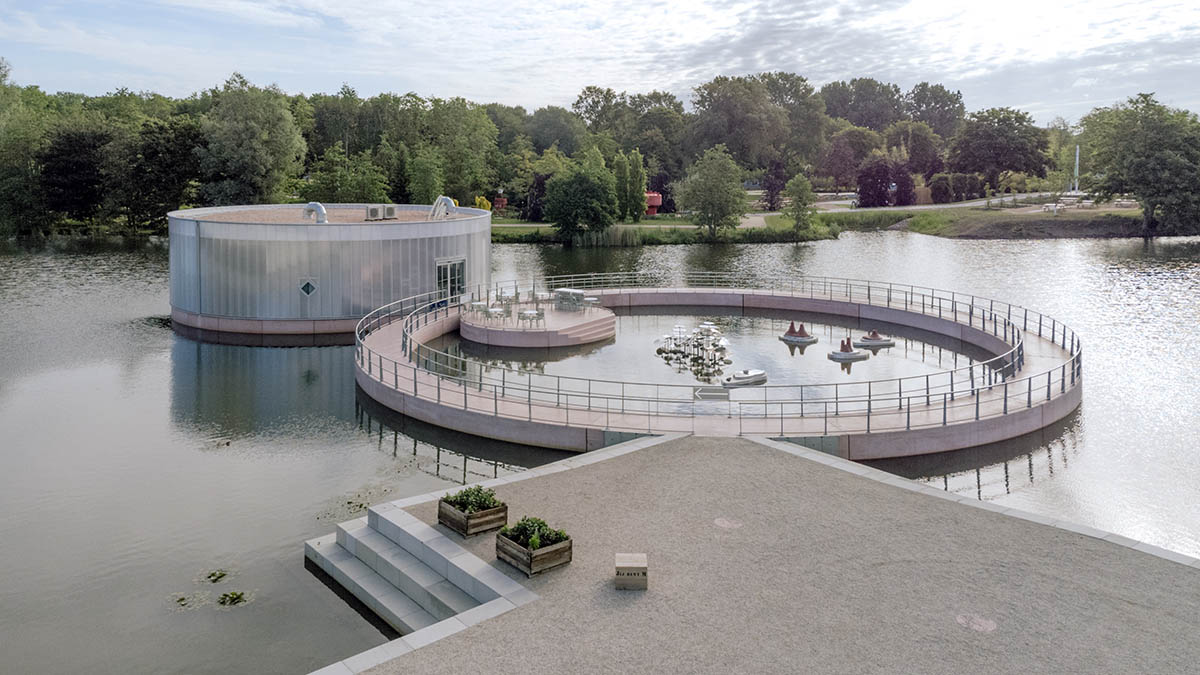 Commissioned by the Municipality of Almere and Province of Flevoland, if the pilot project becomes successful, a new museum is set to be built, named M., to draw more attention to the city's identity - that's why the first letter of M. was chosen showing the first sign to define the museum's possible future destiny.

"The Dutch city of Almere was built on reclaimed land where once was the Zuiderzee: a shallow sea bay in the Netherlands. The first house in this planned New Town was completed in 1976," stated in a press release by M. 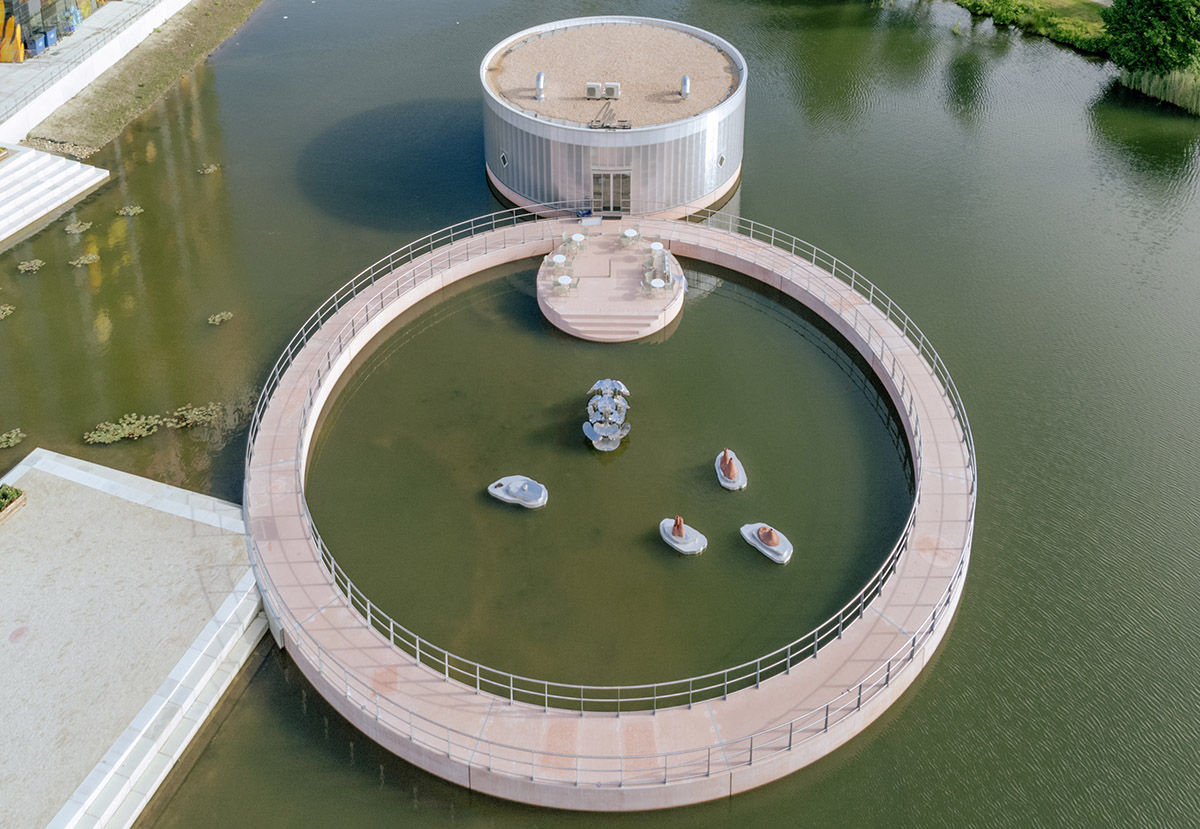 "Since then, the city has grown to a population of nearly 220.000, which means Almere is well on its way to being the fifth-largest city in the country. However, Almere lacks a museum of note, befitting a city of such stature."

"Local, provincial, and national government administrators agreed that a museum should be on top of the priority list to raise the city's appeal. Instead of establishing one immediately, it was decided to first experiment with a temporary art pavilion for immersive art with plenty of room to develop and test new ideas over the coming years."

"However, instead of establishing one immediately, it was decided to first experiment with a temporary art pavilion for immersive art with plenty of room to develop and test new ideas over the coming years," the press release added. 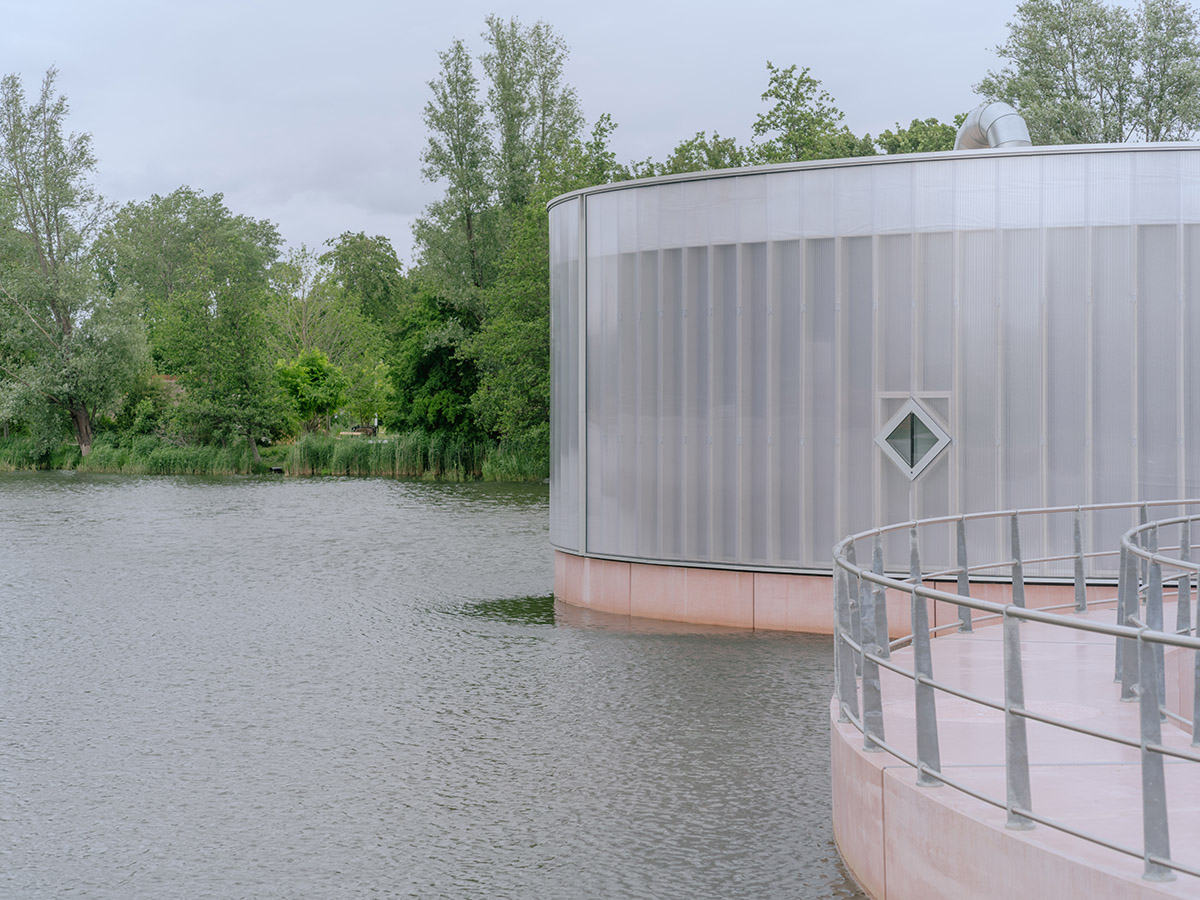 In early 2020, the municipality of Almere and the province of Flevoland invited five up-and-coming architects working at the intersection of architecture and visual arts to submit a design for the art pavilion.

They intentionally approached young architects that had not seen any of their designs being constructed. Almere is built on the ideas of a group of recently graduated urban planners who formed a creative think tank in the early 1970s. 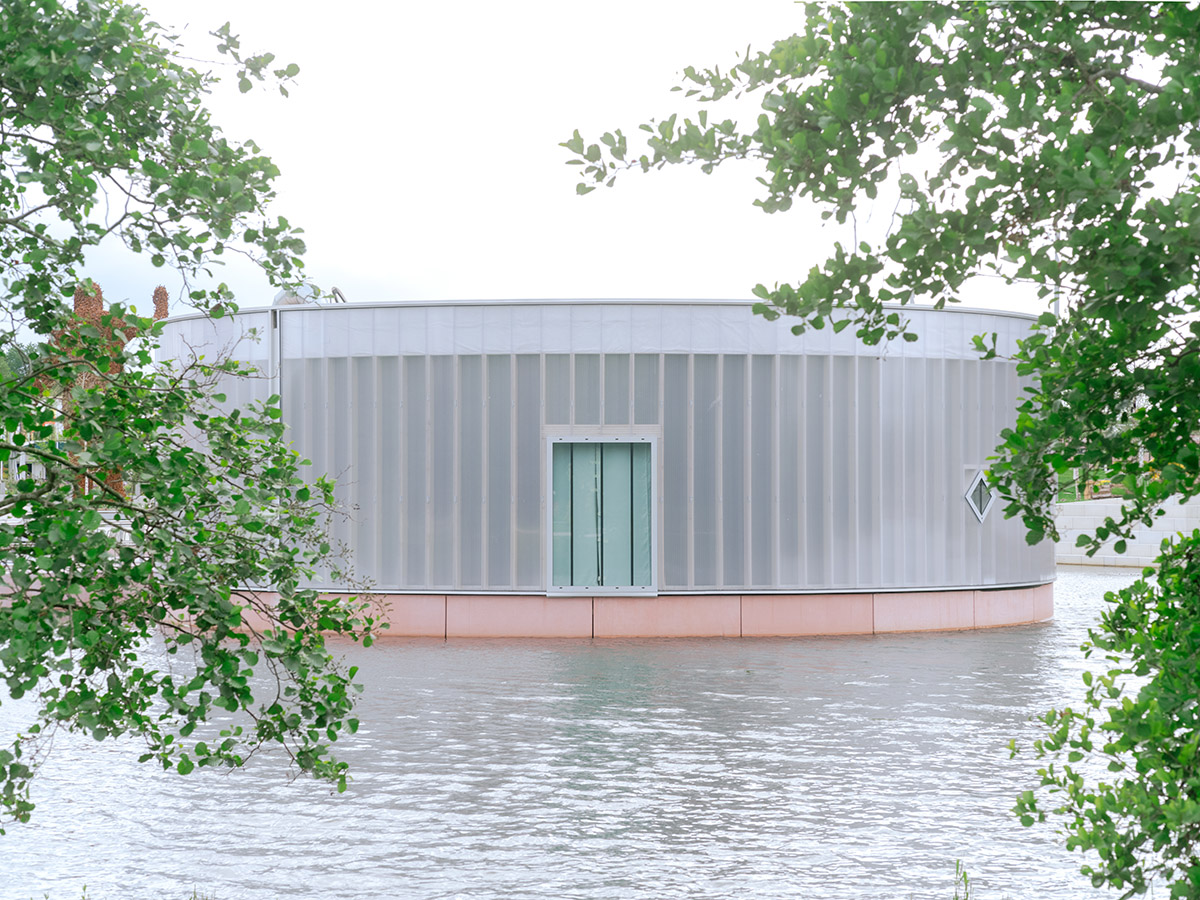 As a result of an comprehensive evaluation process, an expert selection committee unanimously selected Studio Ossidiana's conceptual and accessible project.

Studio Ossidiana is led by Alessandra Covini and Giovanni Belloti and a young duo designed a plan that appeals to all the senses and refers to Almere’s tradition of pioneering and experimenting. 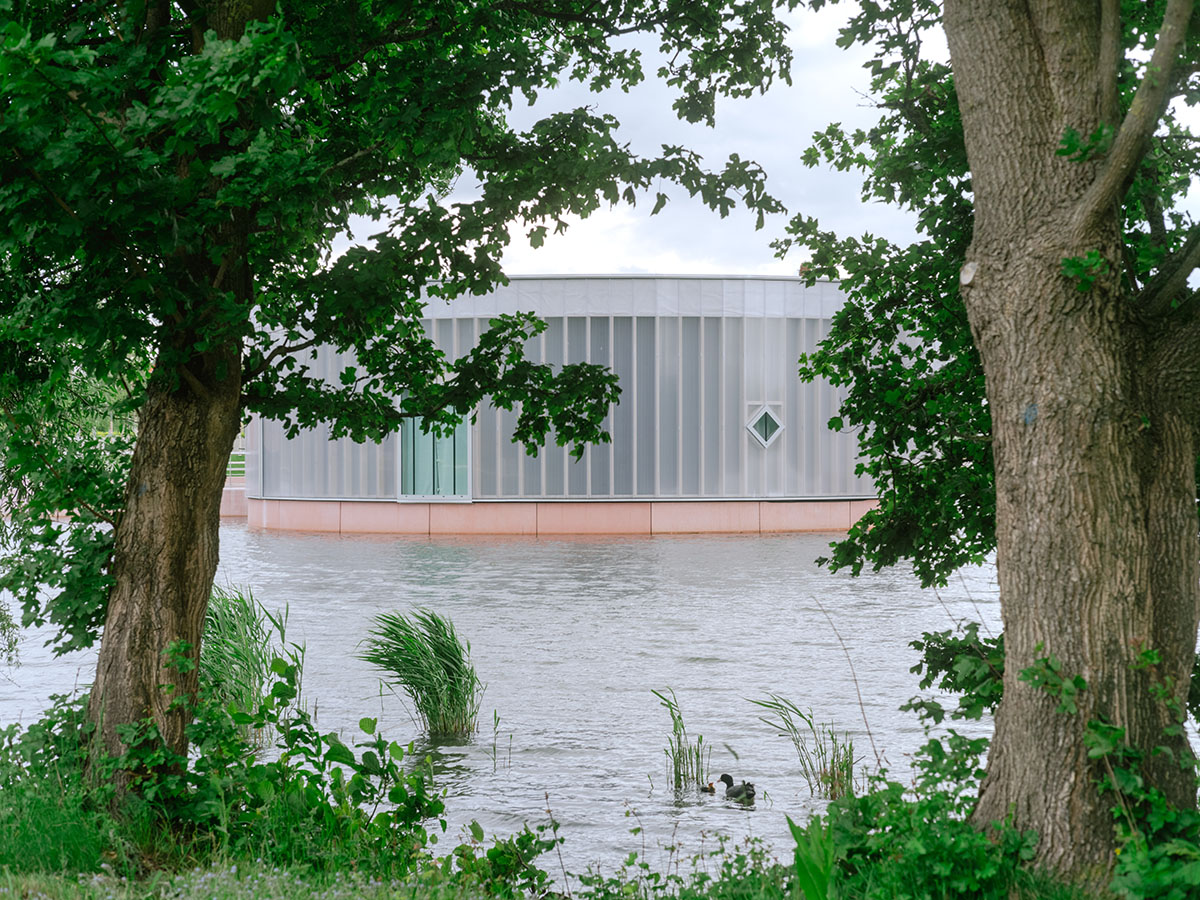 "The resulting pavilion is a work of art, fitting in seamlessly with the province's extensive array of land art, which will become part of M's collection," the press statement added.

The pinkish pavilion, wrapped in polycarbonate cylindrical façade, has a simple layout that combines three tangential rings to be able to be adapted according to the needs of program. Floating on water, the design takes cues from the sea that the province of Flevoland replaced and by the Weerwater Lake. The design features three circles: The Port, The Stage, and The Observatory.

The Port is a ring-shaped promenade on the water that visitors can walk on and that allows for outdoor programming.

The Port is made of a custom-designed terrazzo using shells, mussels, clay, and charcoal, found in Flevoland's soil. 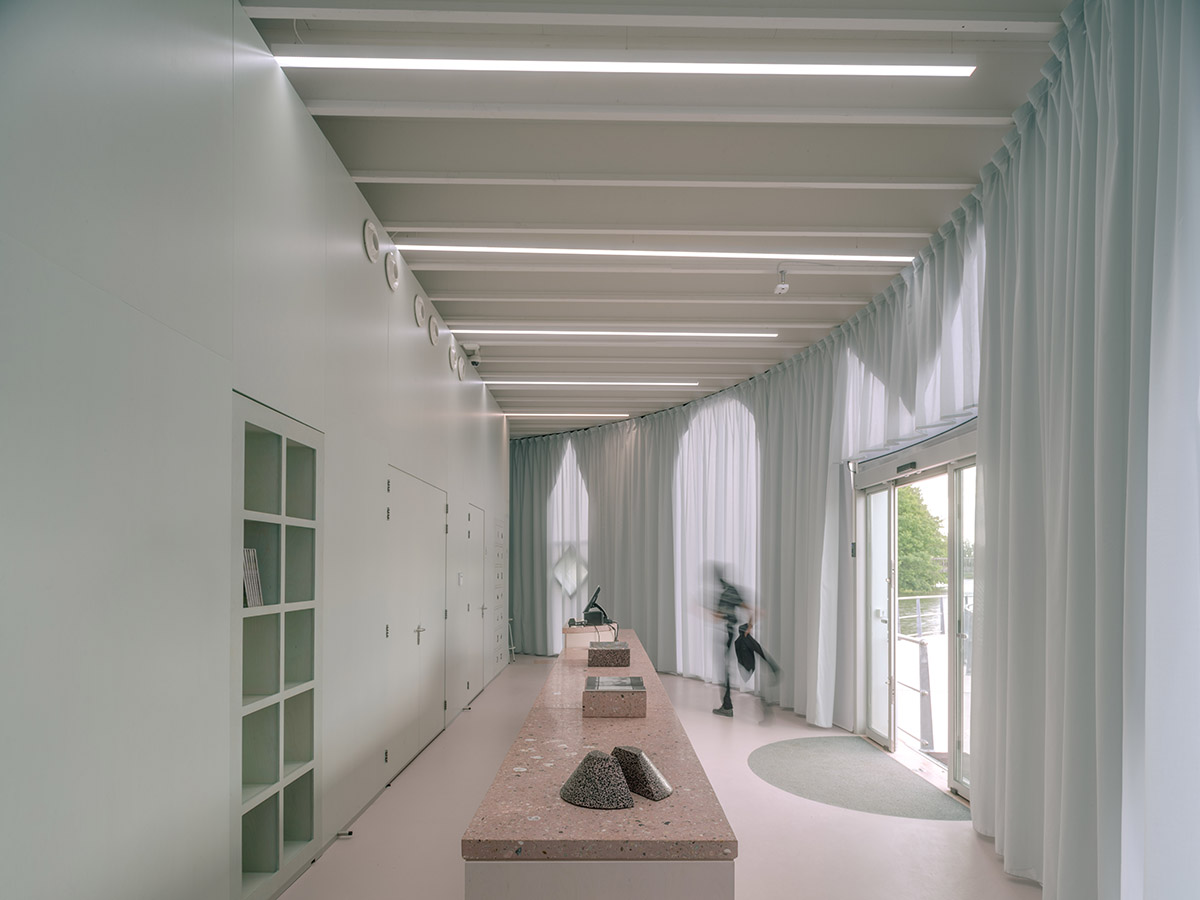 The Stage represents an island with a terrace that will drift like a floating platform in strong winds.

Lastly, the Observatory, which is the main body of the pavilion, located on the third circular platform, has two exhibition spaces. It offers a dreamy view from the inside and out. 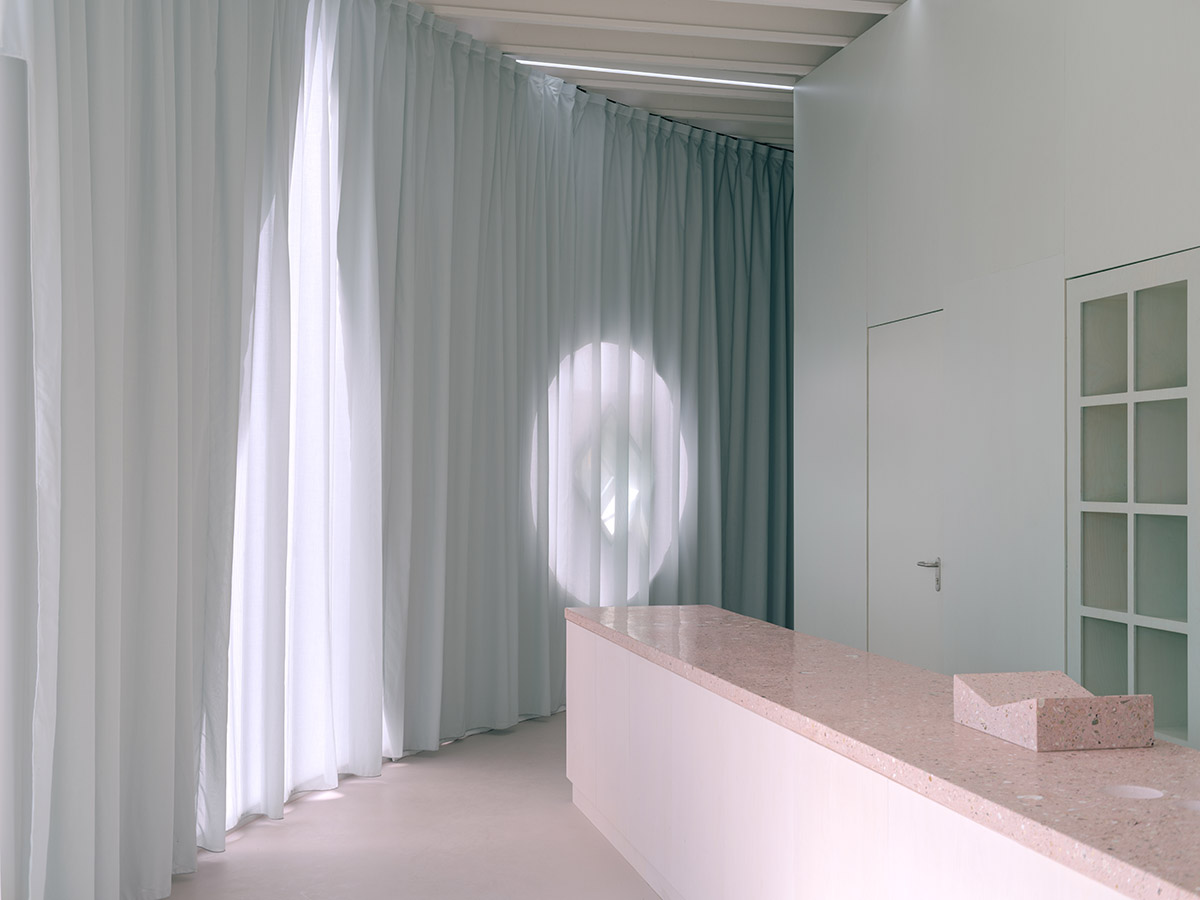 The lobby of M.'s pavilion

Inside the pavilion, there are also kitchen, storage, office and ticket spaces. Thanks to the pavilion's lightweight polycarbonate façade, the façade filters and reflects the hues of the water and greenery. 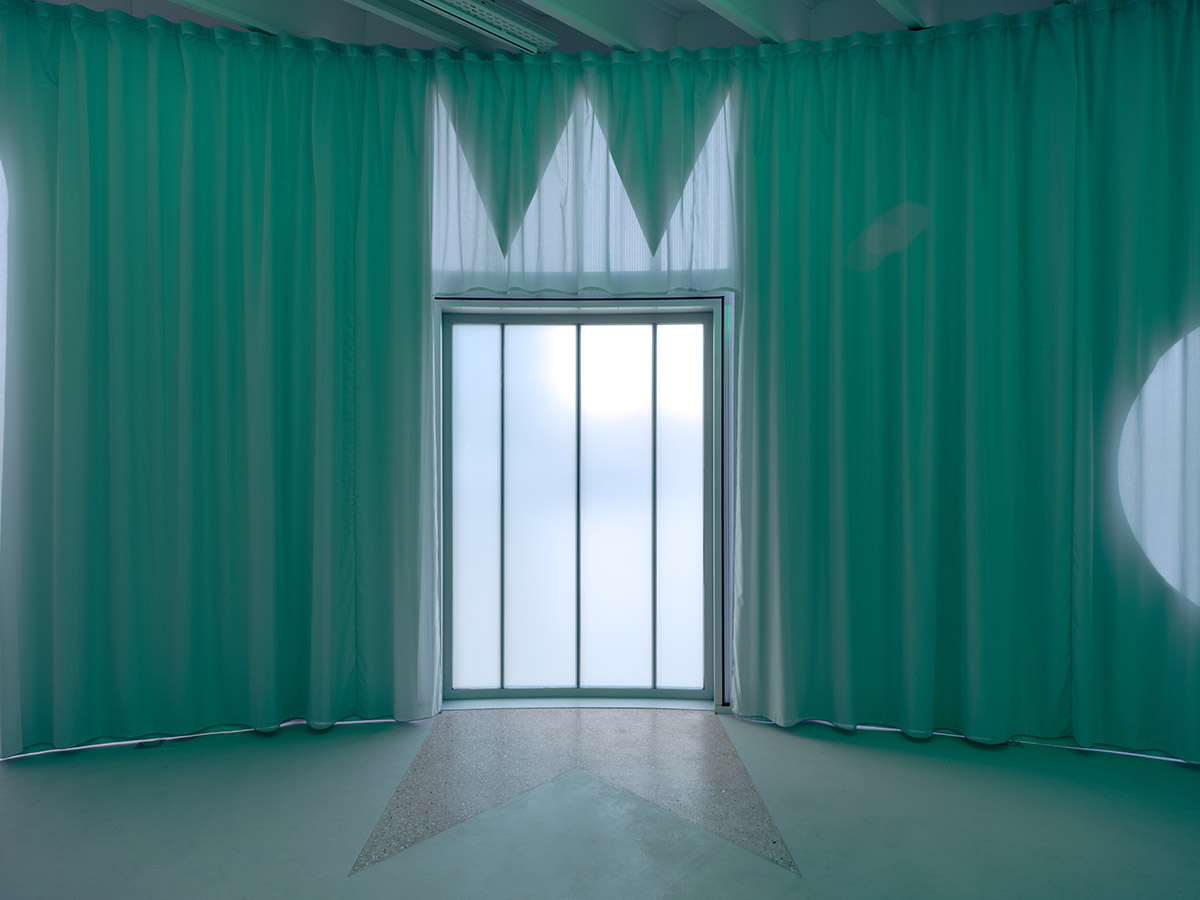 One of the exhibition rooms of M. 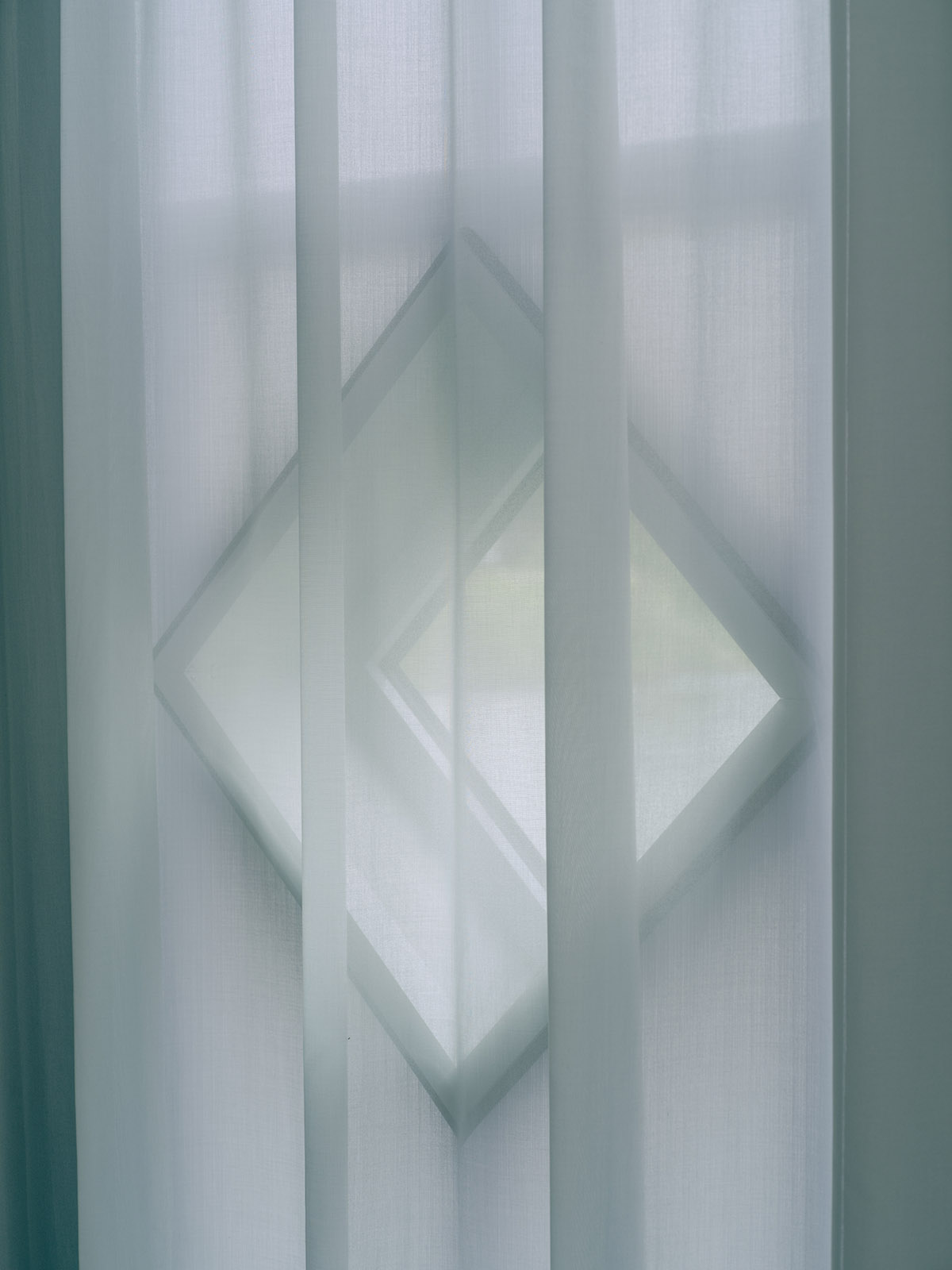 Detail of window in the polycarbonate cylindrical façade

"M. is a prelude to a new icon for Almere and Flevoland, a precursor to a nationally and internationally renowned museum to be established in Almere in the next five to ten years if the pilot is a success," stated in the press release.

"The museum-to-be wants to make immersive and landscape art accessible to everyone, with or without prior knowledge of art. As the name suggests, visitors will be immersed in the art shown." 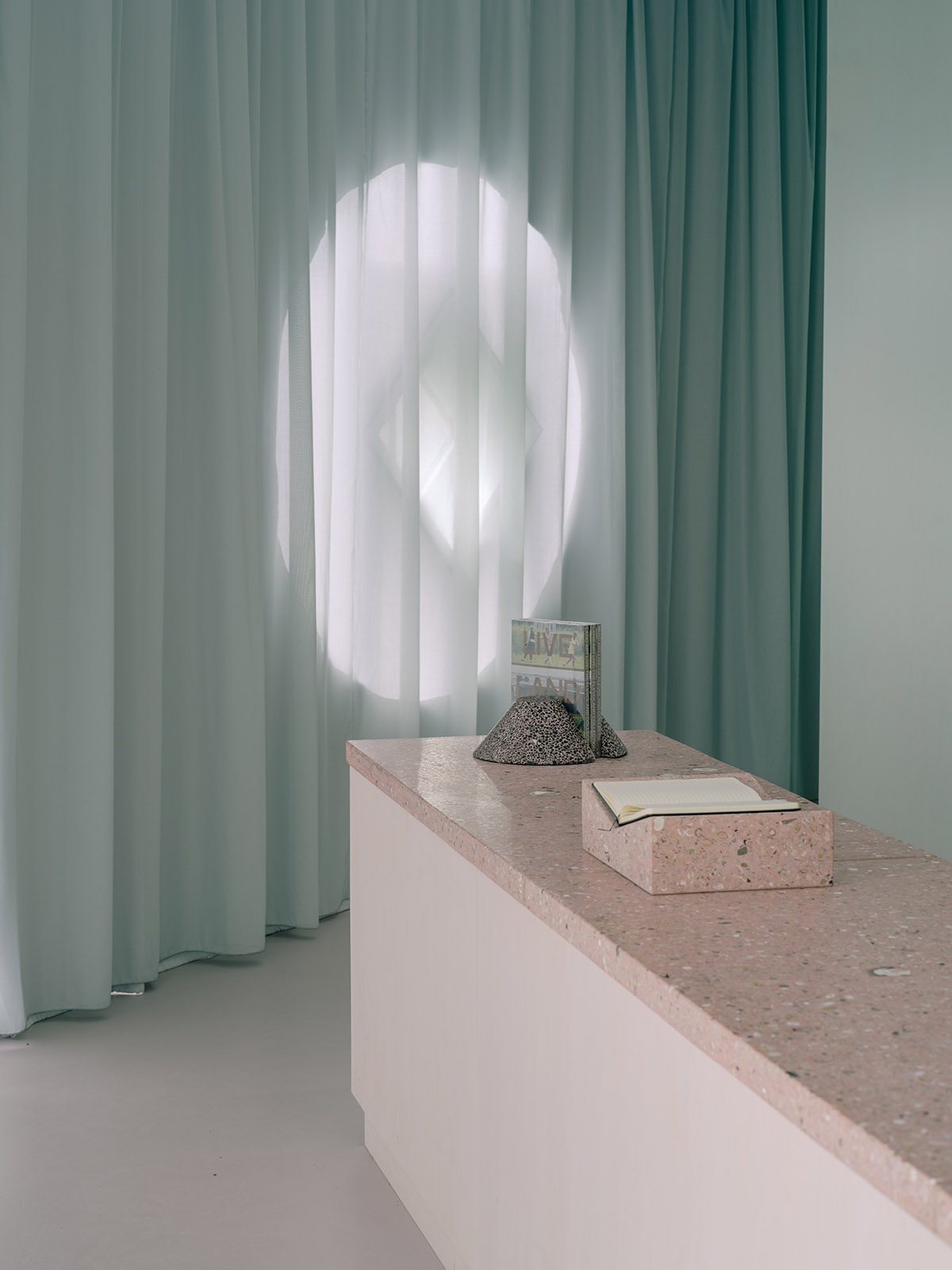 When visitors enter in, they are drawn into it, become part of it, or even participate in its creation. The first expo in the pavilion is NaturAlly: Wild Futures, currently on display.

The exhibition features the work of five emerging artists who show their vision of the wild nature of the future. Visitors can walk among trees on heels, travel along in a diorama to a pink underwater world, see how machines help birds build their nests, and watch a modern version of primordial soup outside on the terrace. 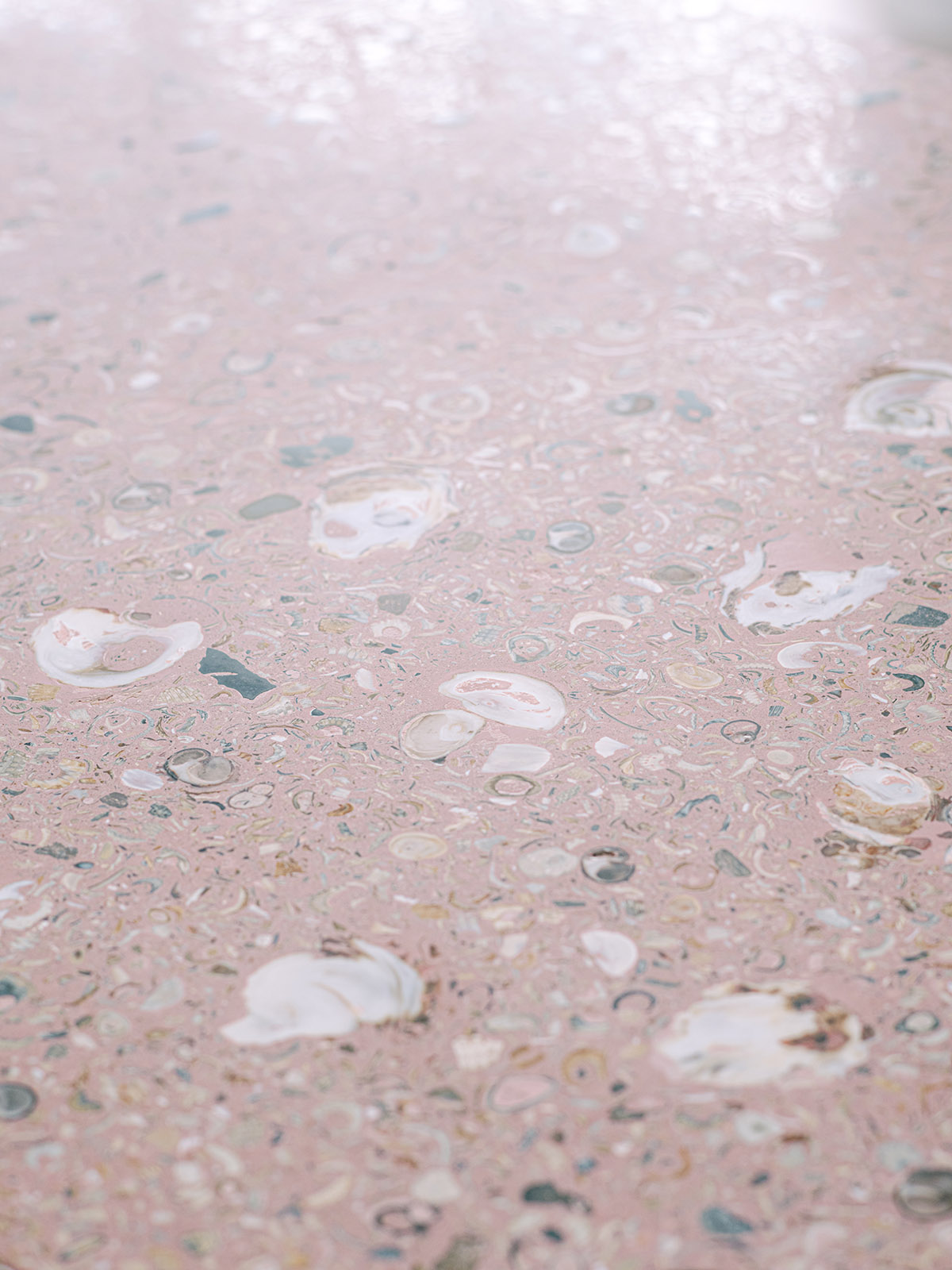 Detail of the terrazzo by Studio Ossidiana for M.

Outside of the pavilion, M. also introduces the art to audiences in public spaces. In the center of Almere, two empty stores have been converted into immersive art installations.

Here, visitors can contribute with paint by numbers to a huge panorama depicting the green Almere of the future or wander through a maze with art by various local artists. 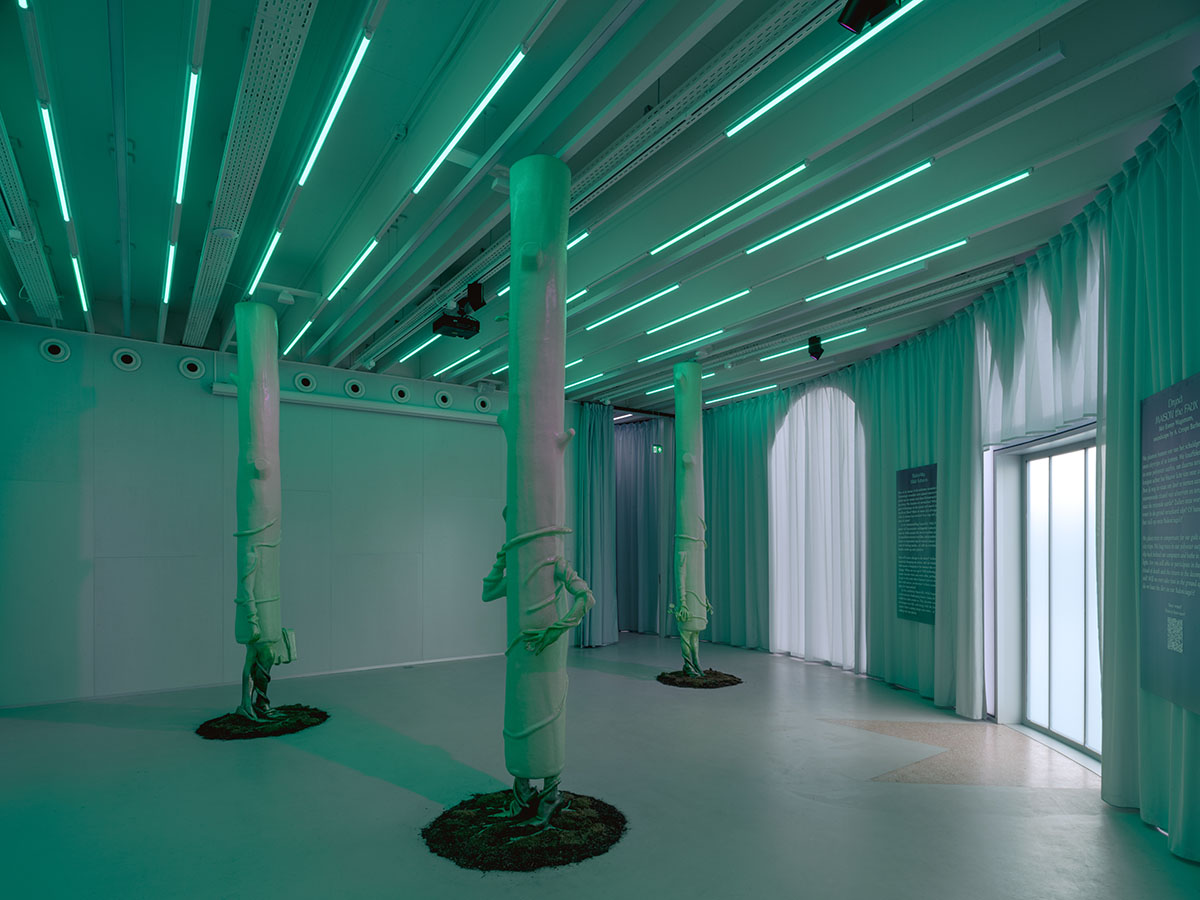 Exhibition room in M.'s pavilion with Dryad by MAISON the FAUX

Art as a tool for research

M. wants to reach out to new audiences, not only younger ones but also people who have no previous knowledge of art.

To explore and research how to best accomplish this, they have developed a comprehensive educational program for primary and higher education that is currently being tested.

By engaging and questioning students, they aim to identify what triggers and moves them to help shape the museum’s future plans. In addition, some of the work shown is used to research the needs of the public. 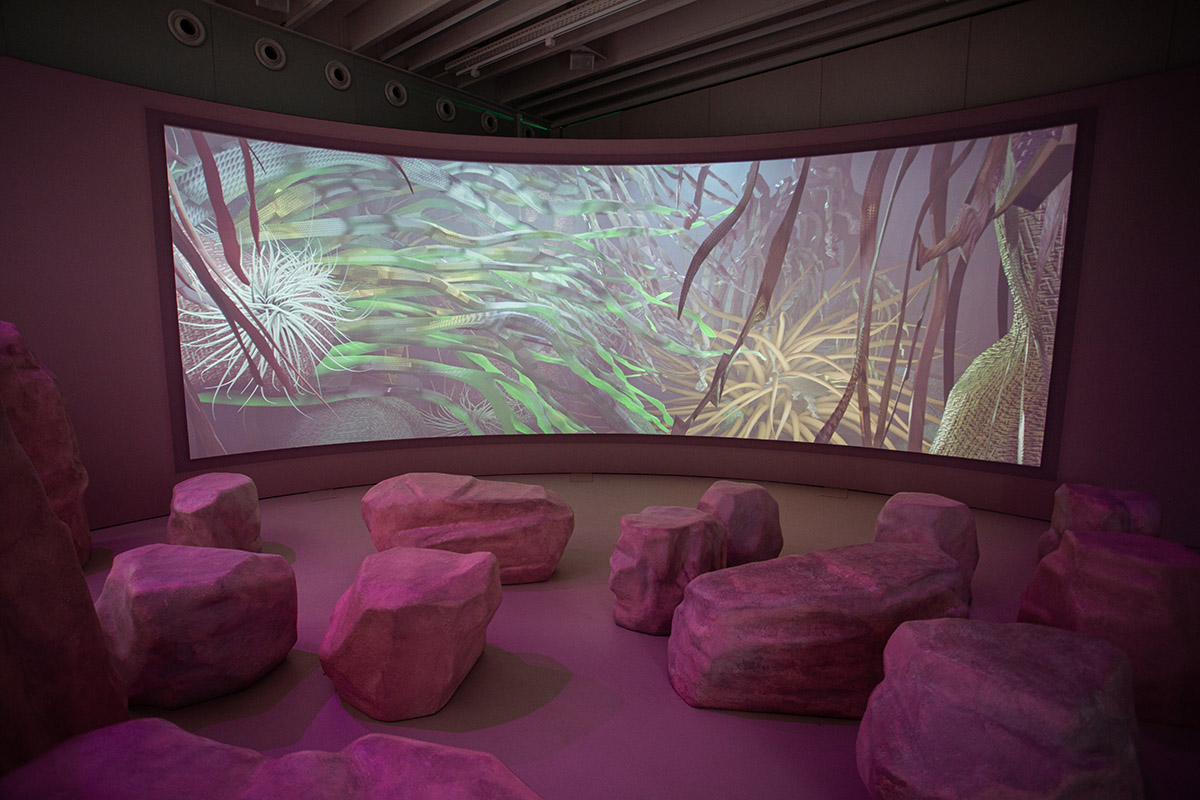 Nieuw Flevo Peil, a temporary interactive water sculpture on display in a lake in downtown Almere, was powered by heartbeats collected from residents of Flevoland. While collecting these heartbeats, participants were asked what makes their hearts beat faster. The answers to this question are used in artwork to be commissioned by M. in the near future. 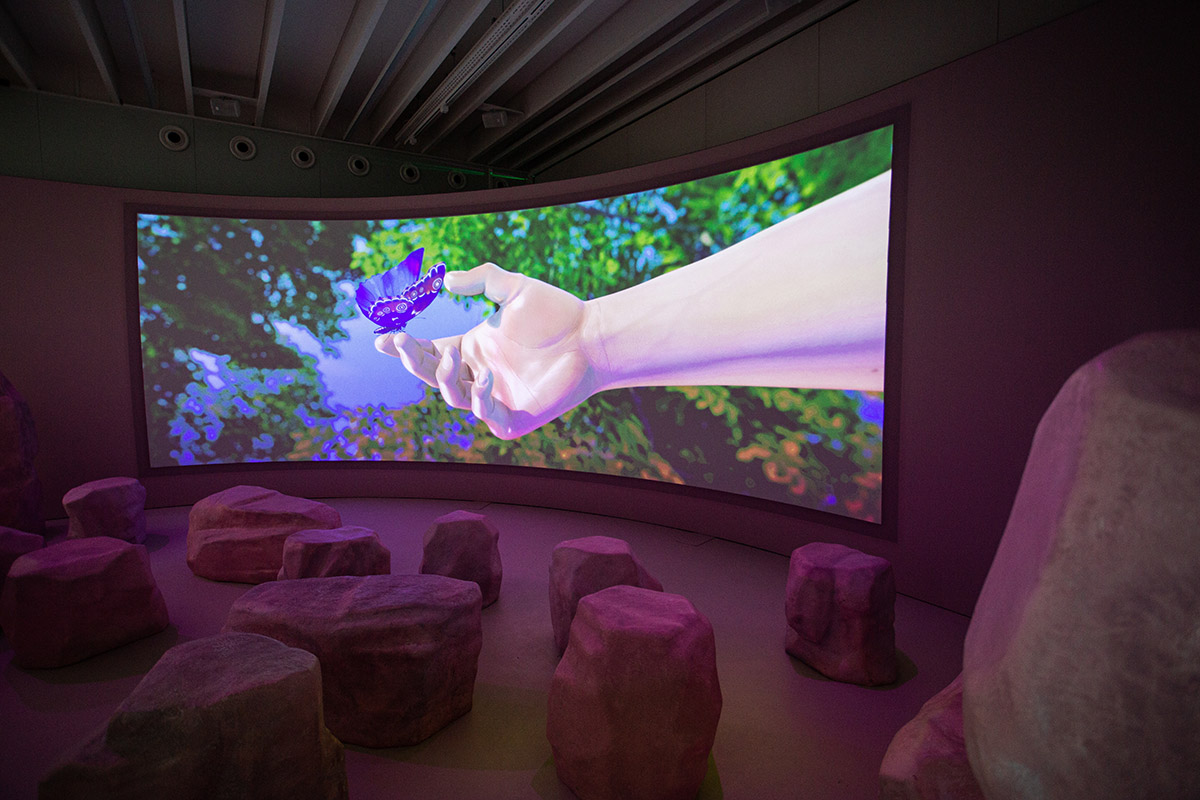 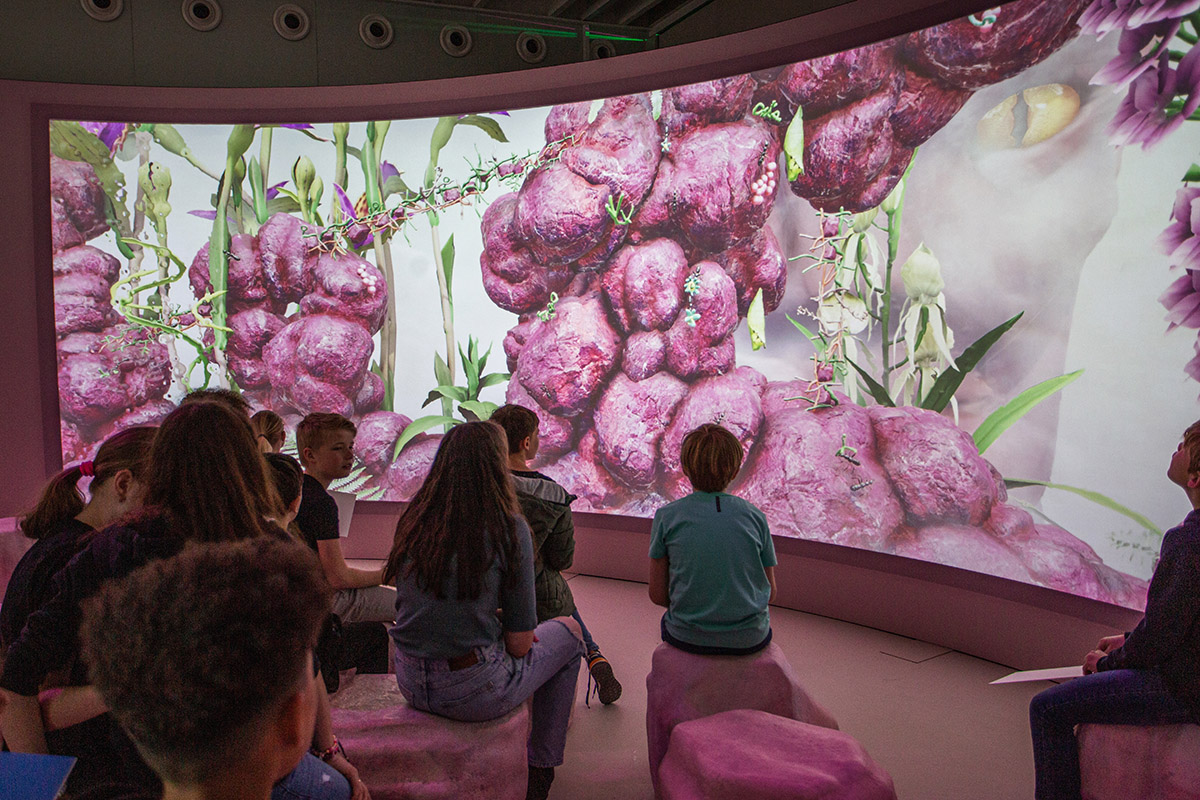 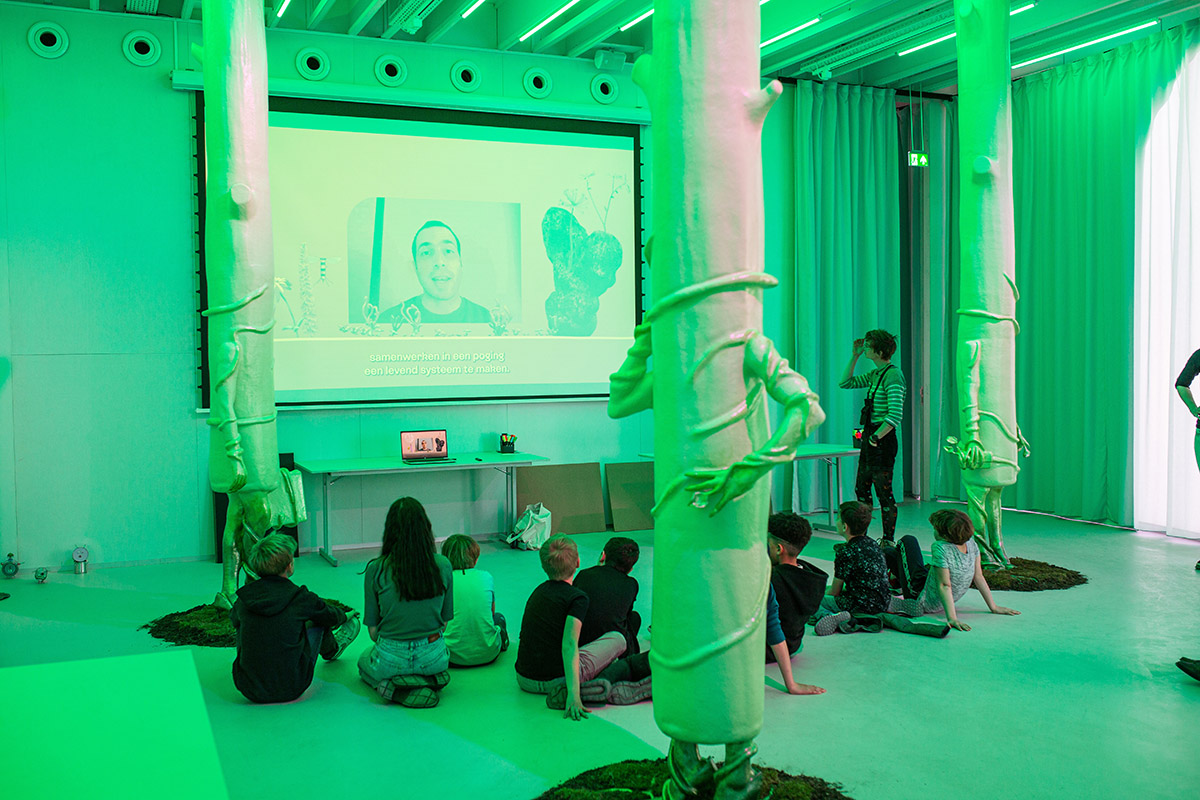 School children visit the museum. Through video, exhibiting artist Theo Triantafyllidis provides them with assignments focussing on the theme of the exhibition. Photo © Wiebrig Krakau 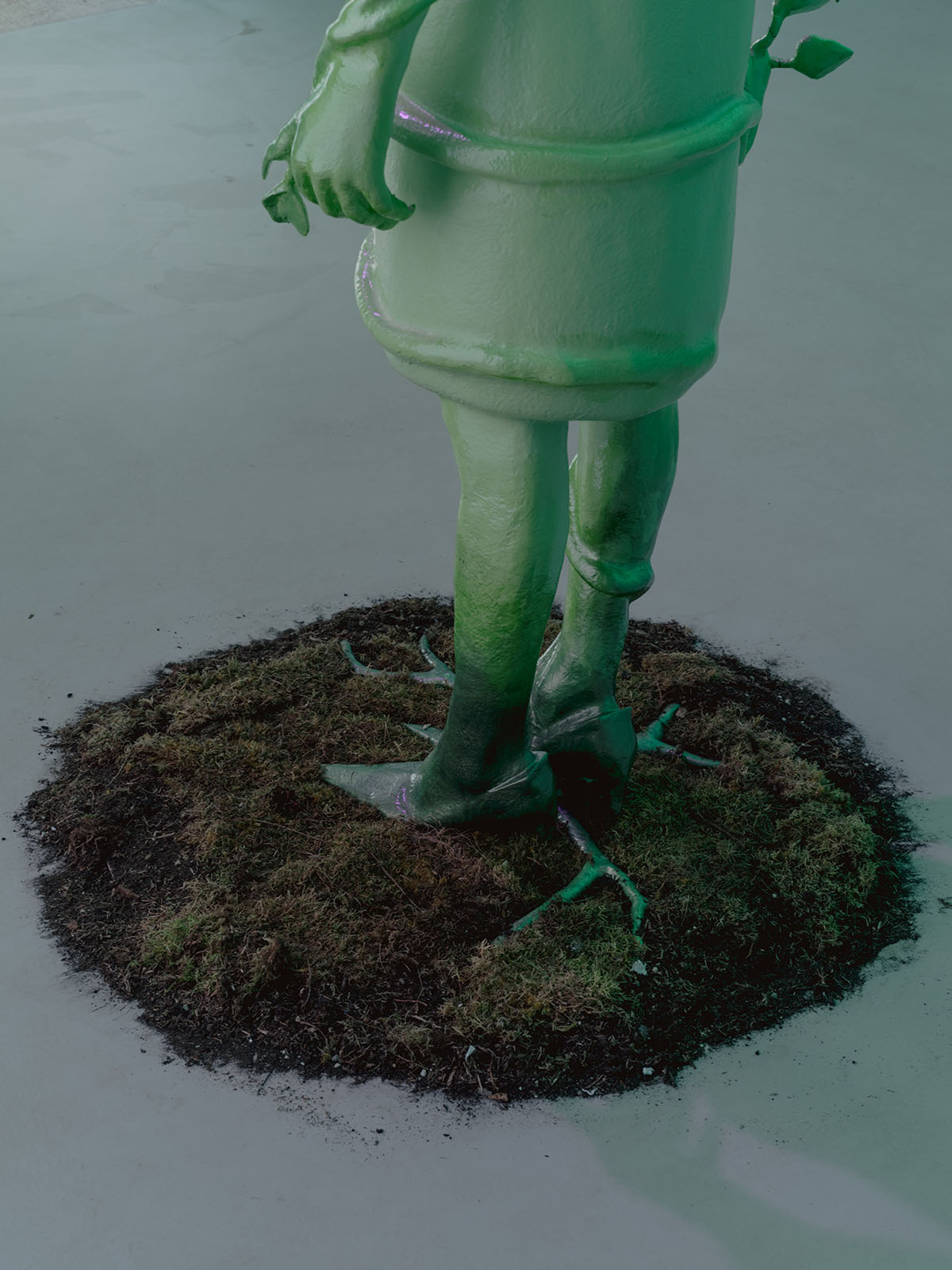 Detail of artwork shown in NaturAlly: Wild Futures. Dryad by MAISON the FAUX 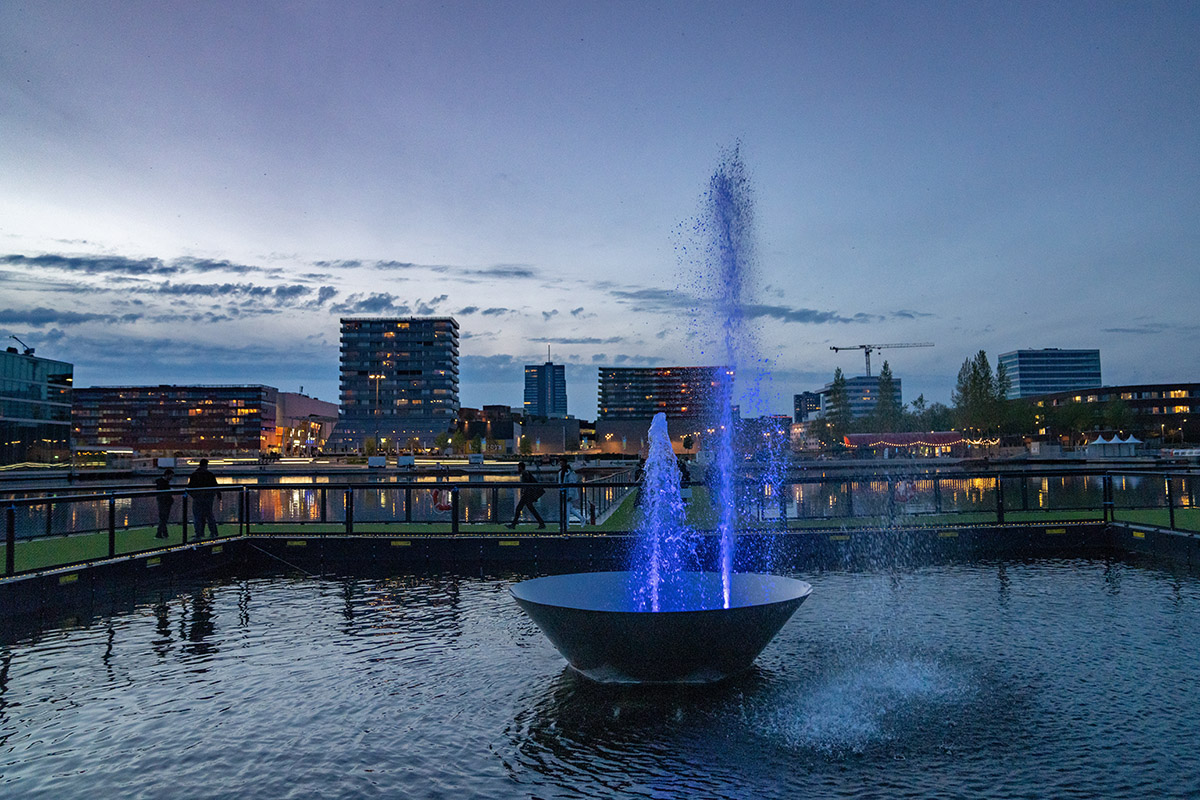 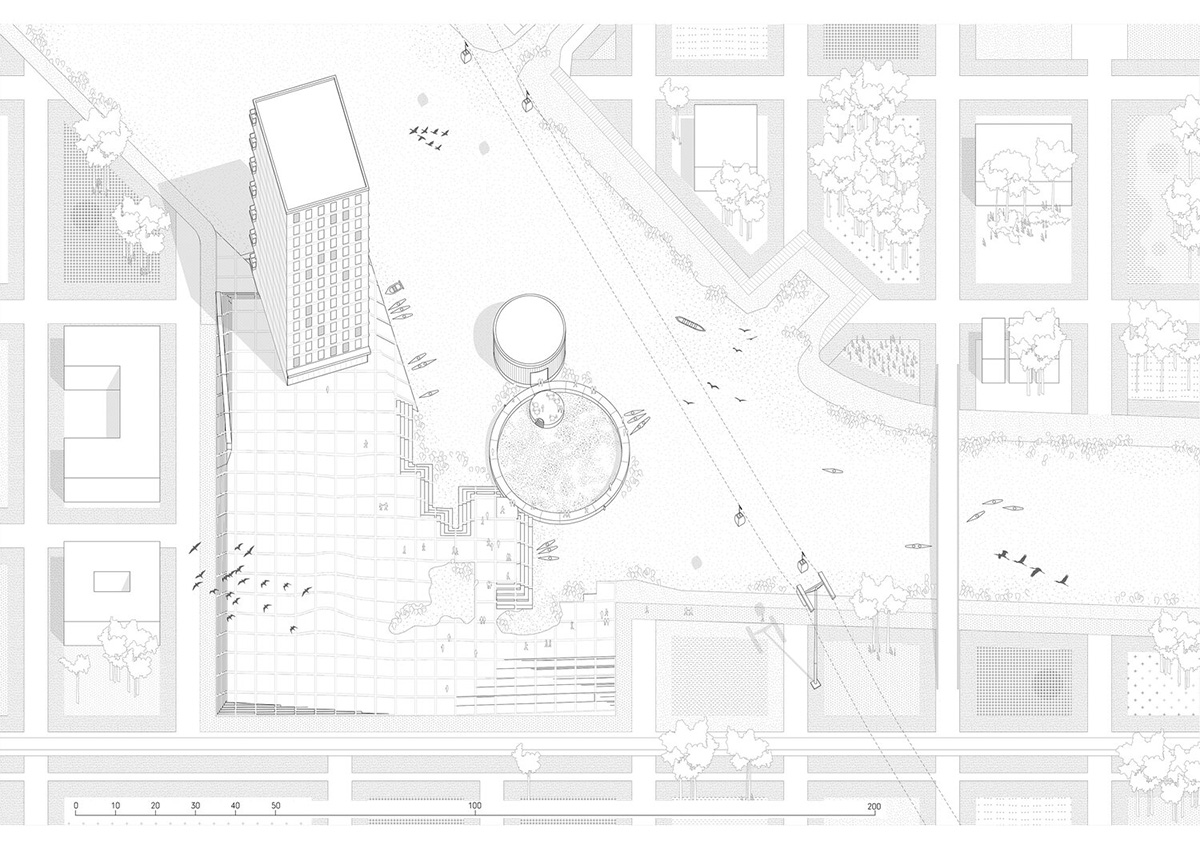 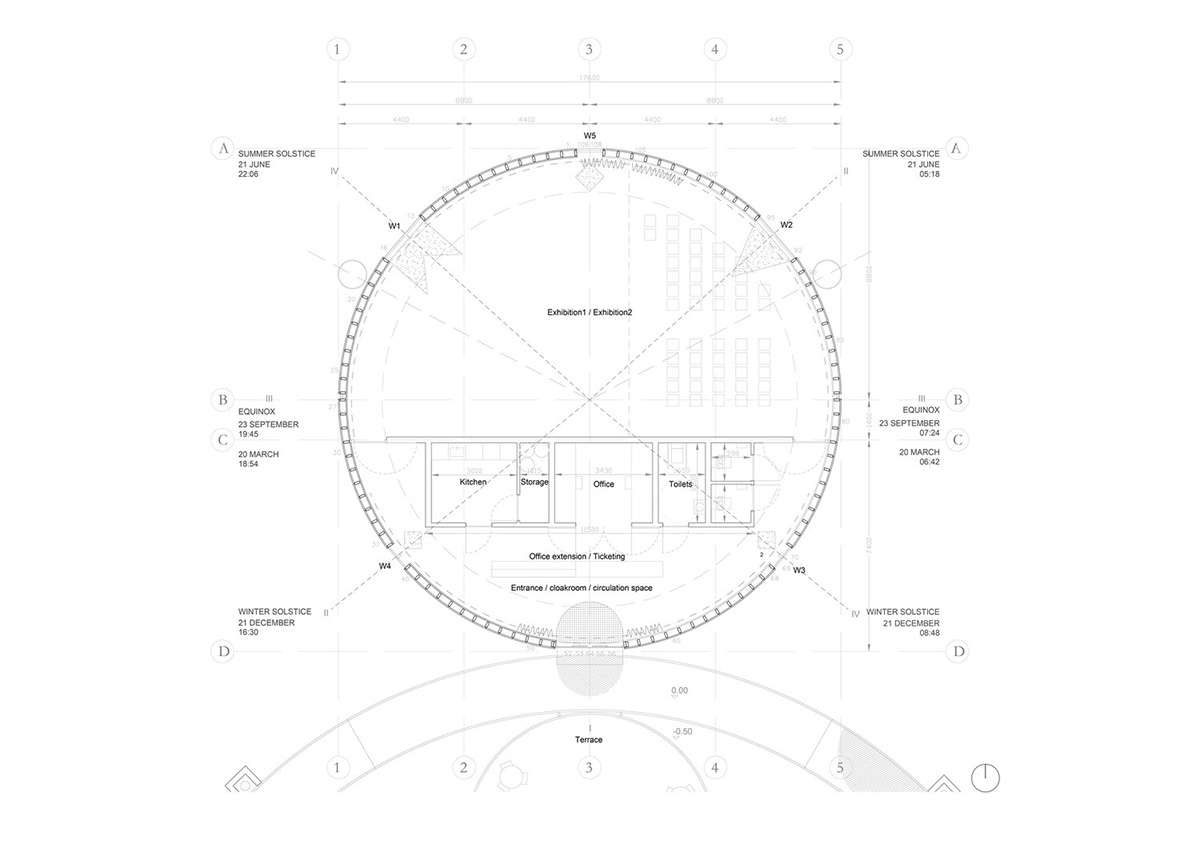 After the expo, the site will be developed into Hortus, an innovative, sustainable residential development, which is intended to become the green counterpart to Almere’s city centre on the other side of the Weerwater.

All images © Riccardo de Vecchi for M. unless otherwise stated.