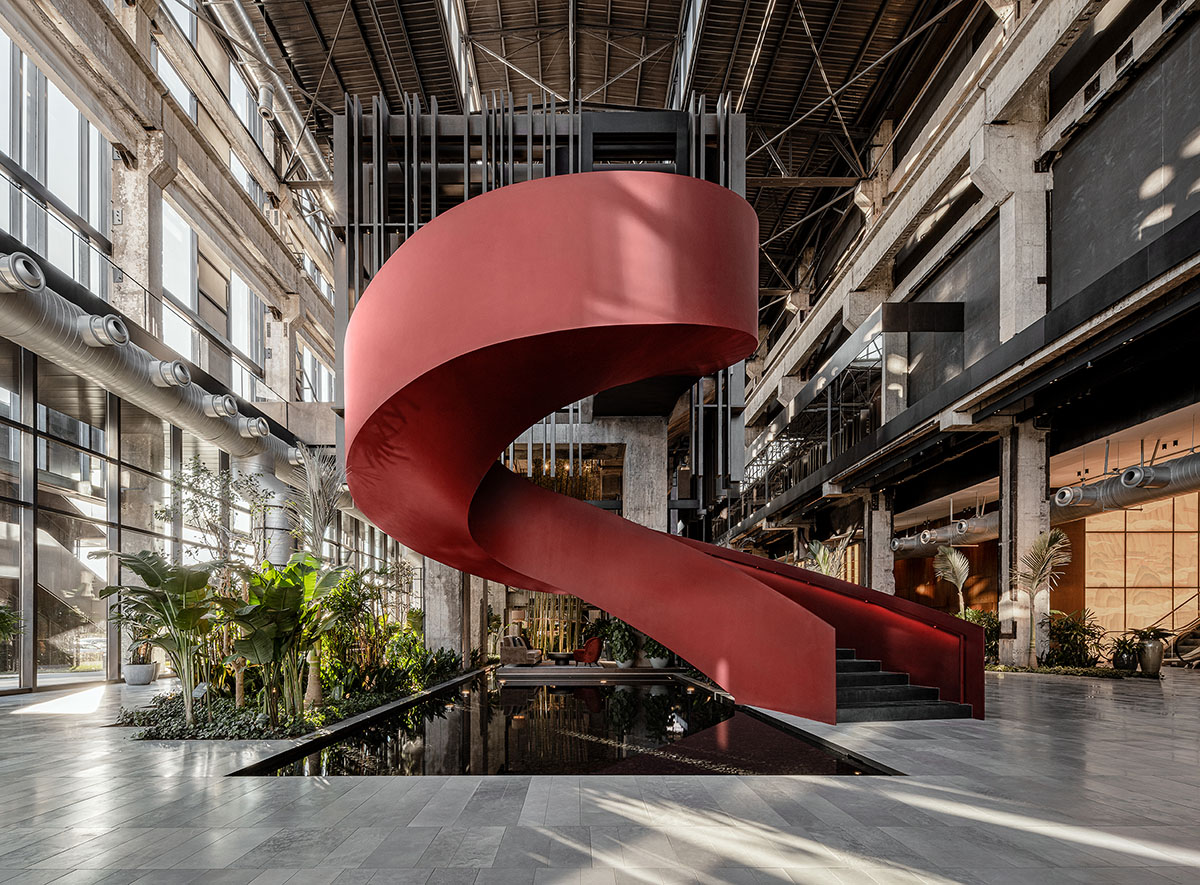 A giant sculptural red-colored staircase occupies the public entrance of the new hotel in Beijing, which has been designed by Milan-based interdisciplinary studio Lissoni & Partners.

Named Shangri-La Shougang Park, the new building has been converted from an industrial building into a new hotel by using the historical past of the complex located within an abandoned industrial area.

Shangri-La Shougang Park was completed in December 2021 and inaugurated on the occasion of the Beijing Winter Olympics in 2022. 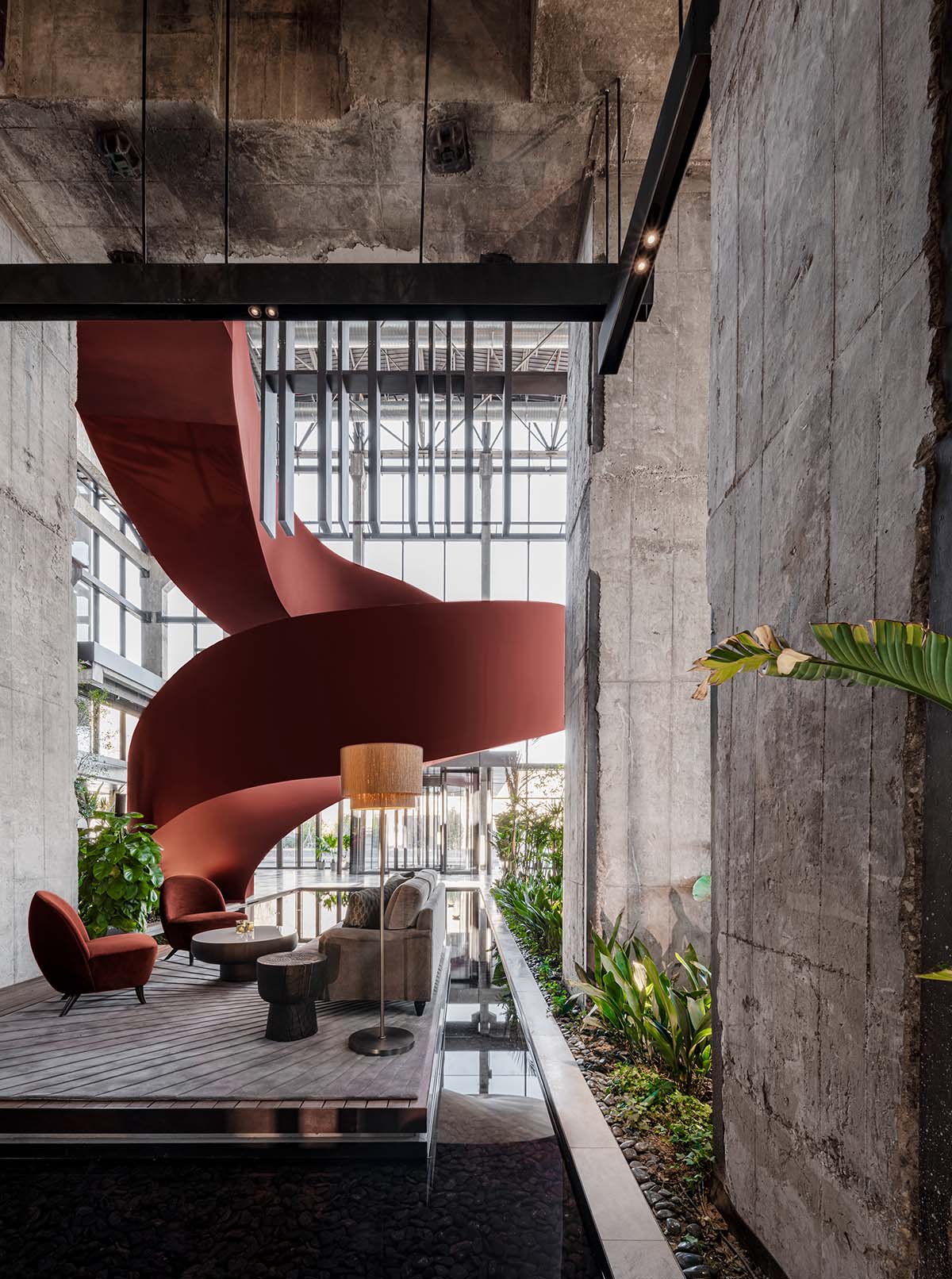 The Shougang Park complex is around 20 km from the Forbidden City and is where many of the Game’s sports venues are situated.

Designed as a new, five-star hotel, managed luxury hotel and resort brand by Shangri-La, the new hotel features a series of interconnected structures.

They are mainly divided into two areas: the Main Building, housing the common areas, and the Guestrooms Building, accommodating 282 rooms. 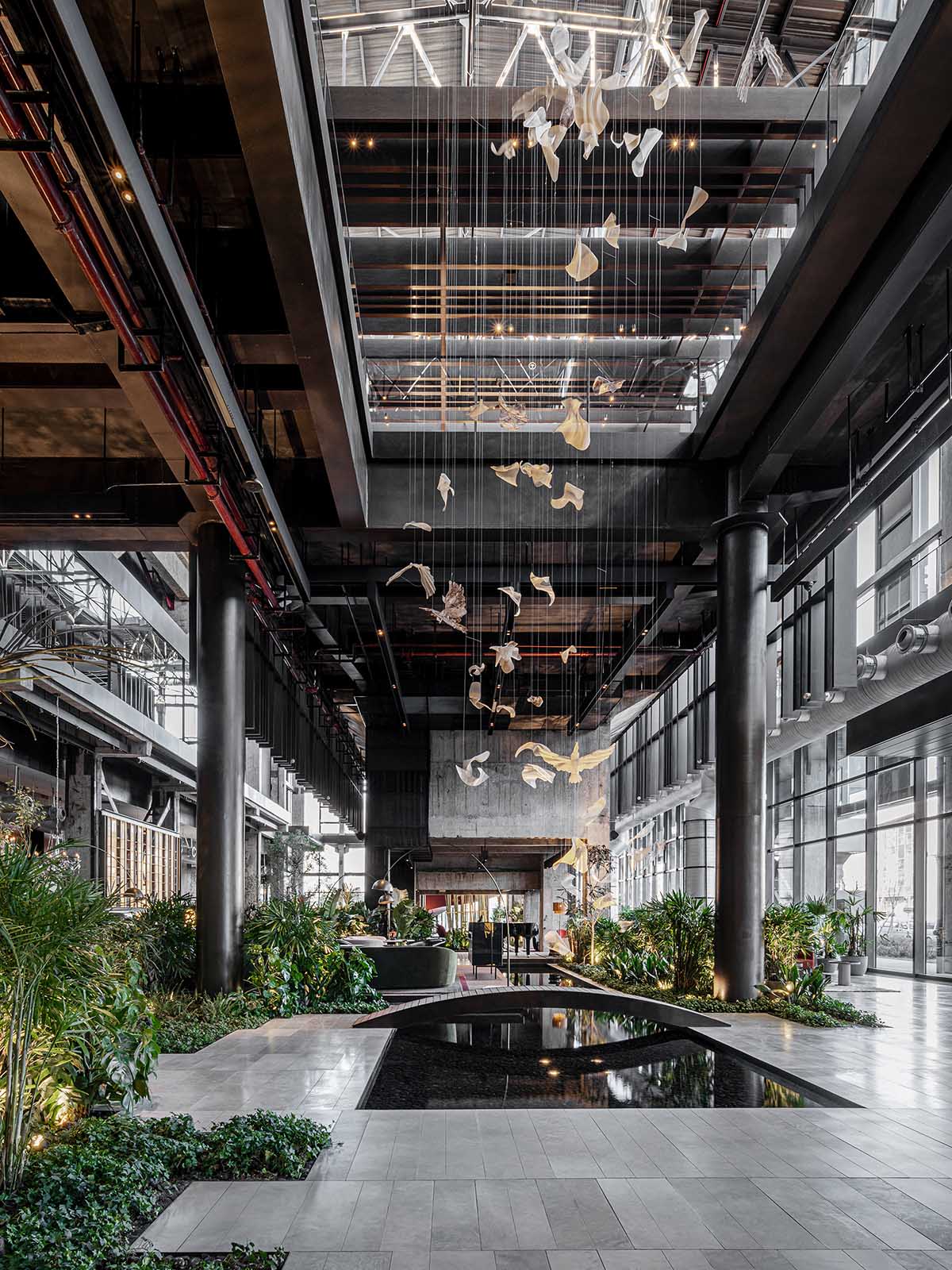 During renovation, the studio maintained the existing structural framework of the Main Building, but emptied of its whole interior to showcase the existing skeleton of clear industrial heritage. 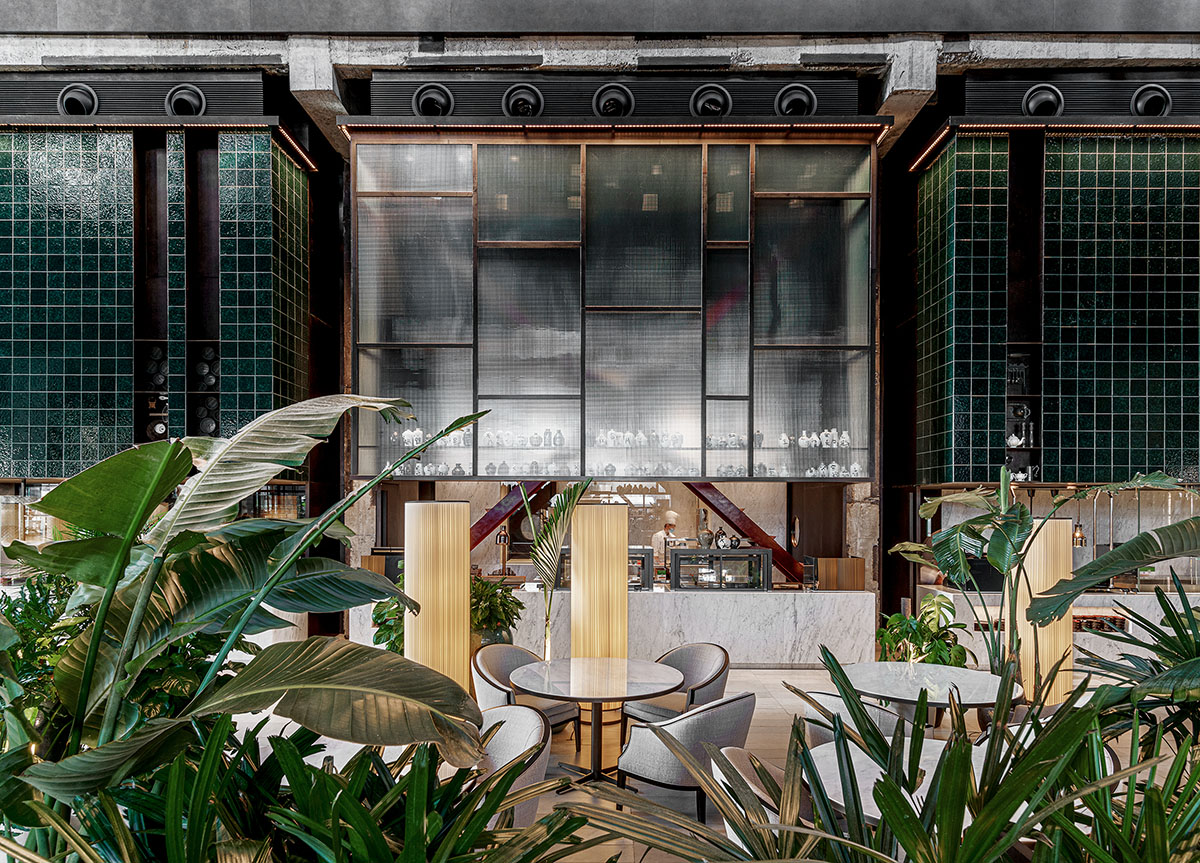 The whole structure consisted of concrete walls and steel roof trusses, evidencing those ravages and markings of time that have transformed it into a fascinating backdrop. 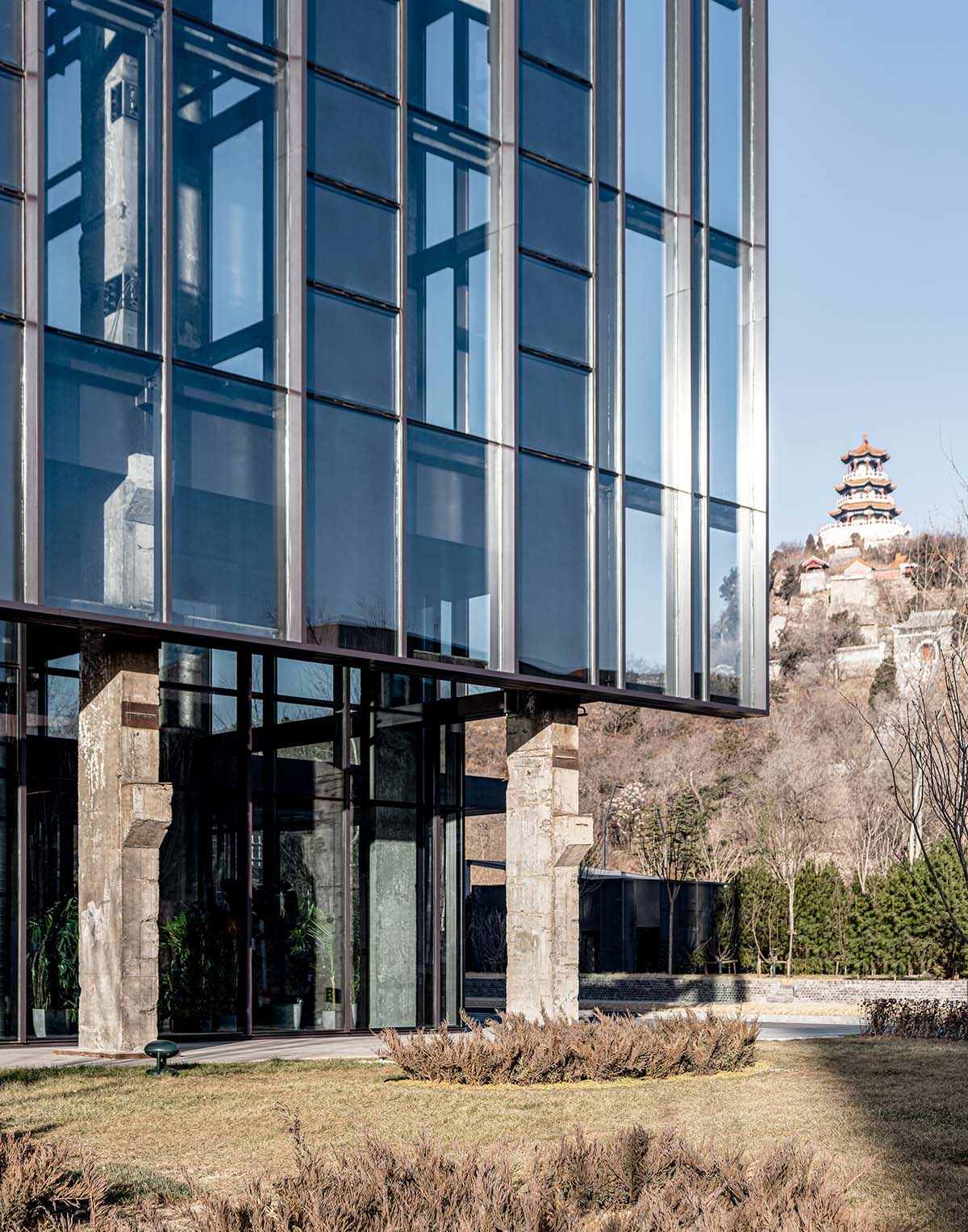 The block has an extensive façade clad in glass that covers the original structure. It encloses the building in a transparent skin that leaves the style of the building intact.

Thanks to this façade, the light and temperature are controlled inside, transforming the architecture into a large and contemporary winter garden filled with greenery. 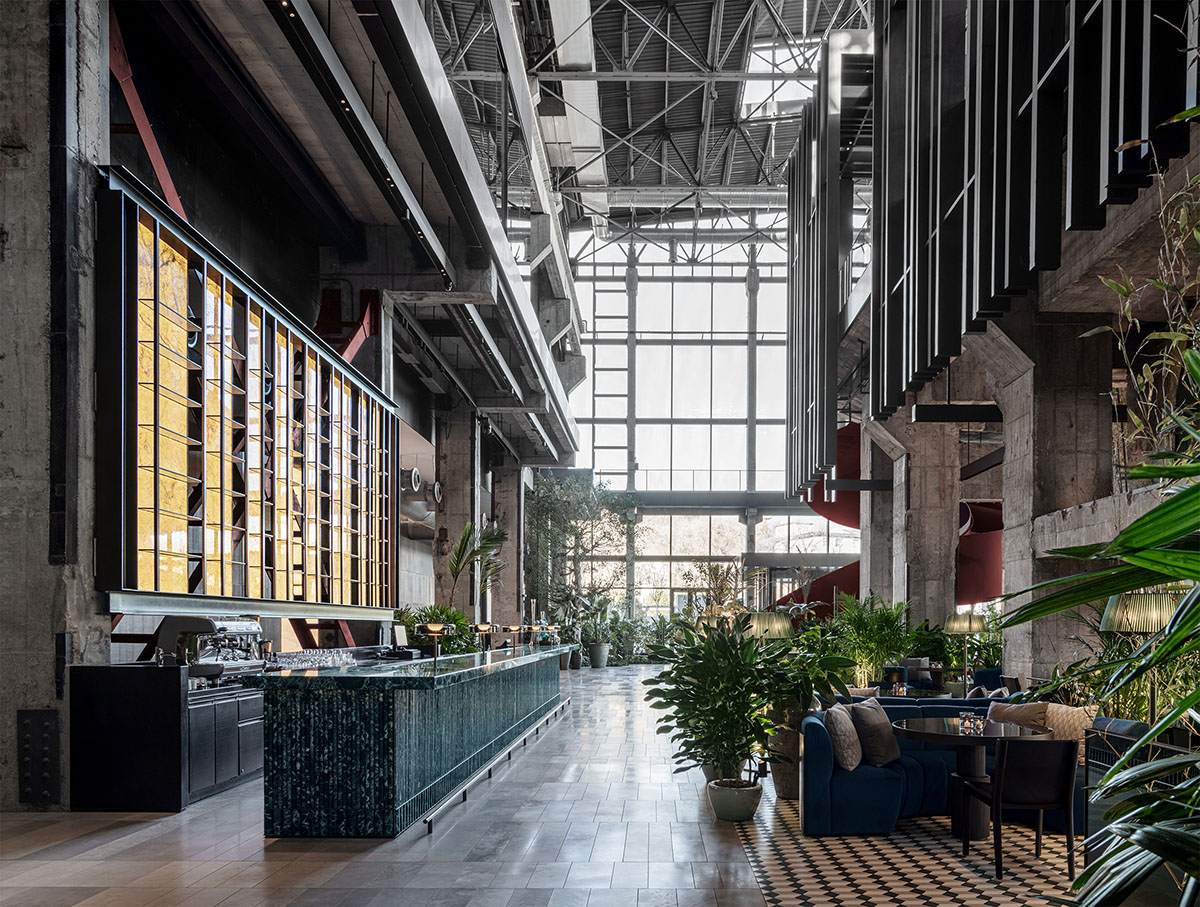 The height of interior reaches over 20 meters, and the interior space is organized in two levels. While the ground floor is conceived as a "large square", this space is also opened up to the city, with bars and restaurants distinguished by large tables inducing conviviality.

The red-colored staircase connects the mezzanine on the first floor - which is contained in a wood structure. The mezzanine floor looks like a “nest” that brings a more intimate scale to the area and houses the reception and a generous lounge area. 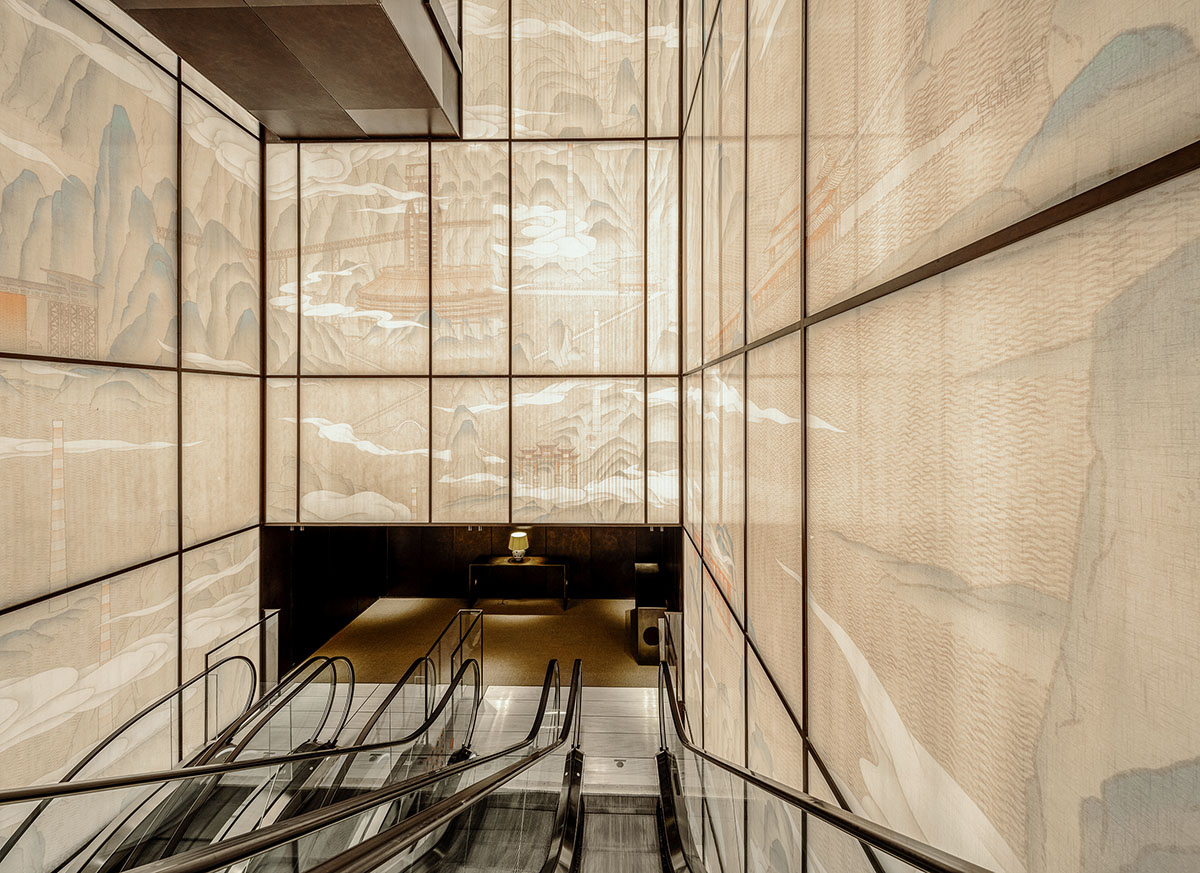 The studio uses an enormous quantity of greenery and plants to fill the spaces. It almost looks like "as if nature is seeking to take possession of these once abandoned buildings, and dialogue with the architecture and the predominant materials of cement and wood," according to the studio.

All furnishing pieces are custom-made, integrating objects of contemporary taste with reference to local culture and tradition reinterpreted in a contemporary key. 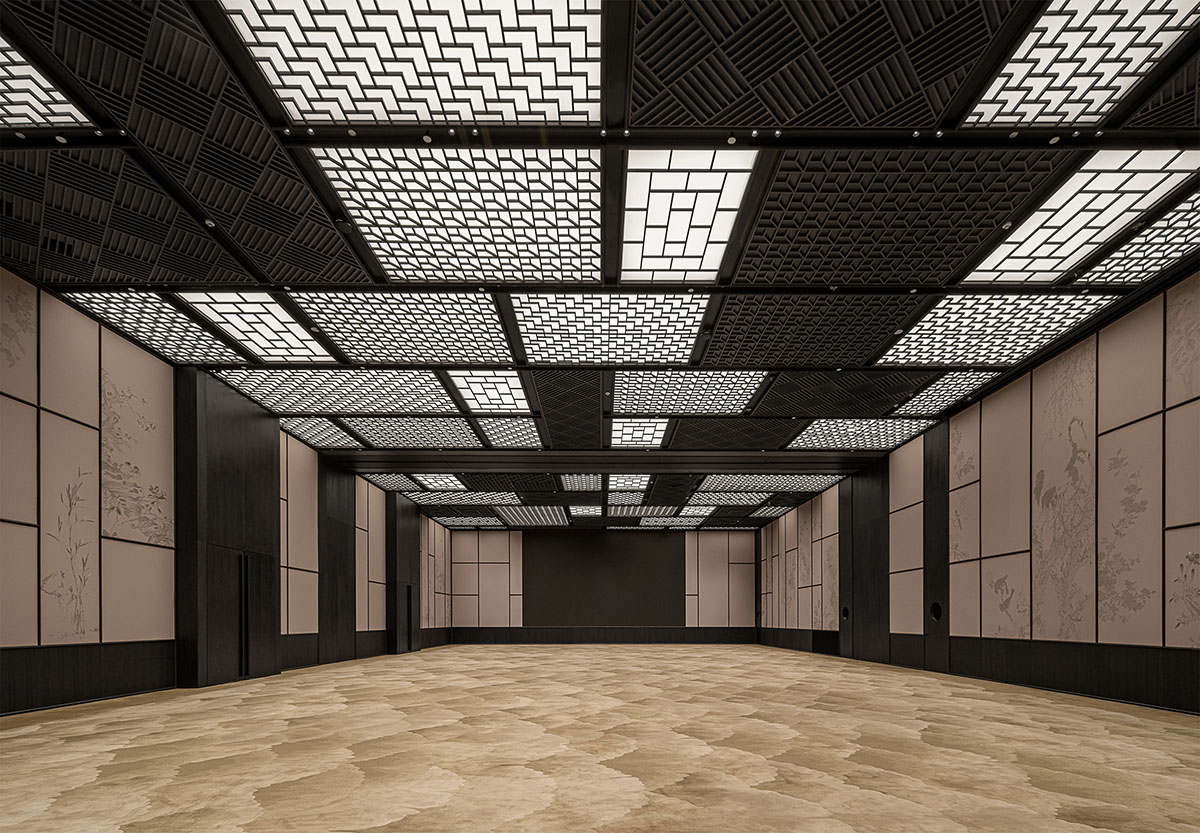 The space also incorporates art installations that are inspired by the industrial past. The studio has selected the pieces with the Hong Kong art consultant Debut Studio and positioned them in proper spaces throughout the building.

A wellness area, pool and gym are designed in a fully-glazed protruding volume nestled in the existing industrial structure.

"A new construction extends the Main Building and houses the events spaces," said the firm.

"Here, the façades are clad in black ceramic bricks and it is marked out by the contrast between the large exterior wall and the narrow proportions of the vertical and horizontal openings." 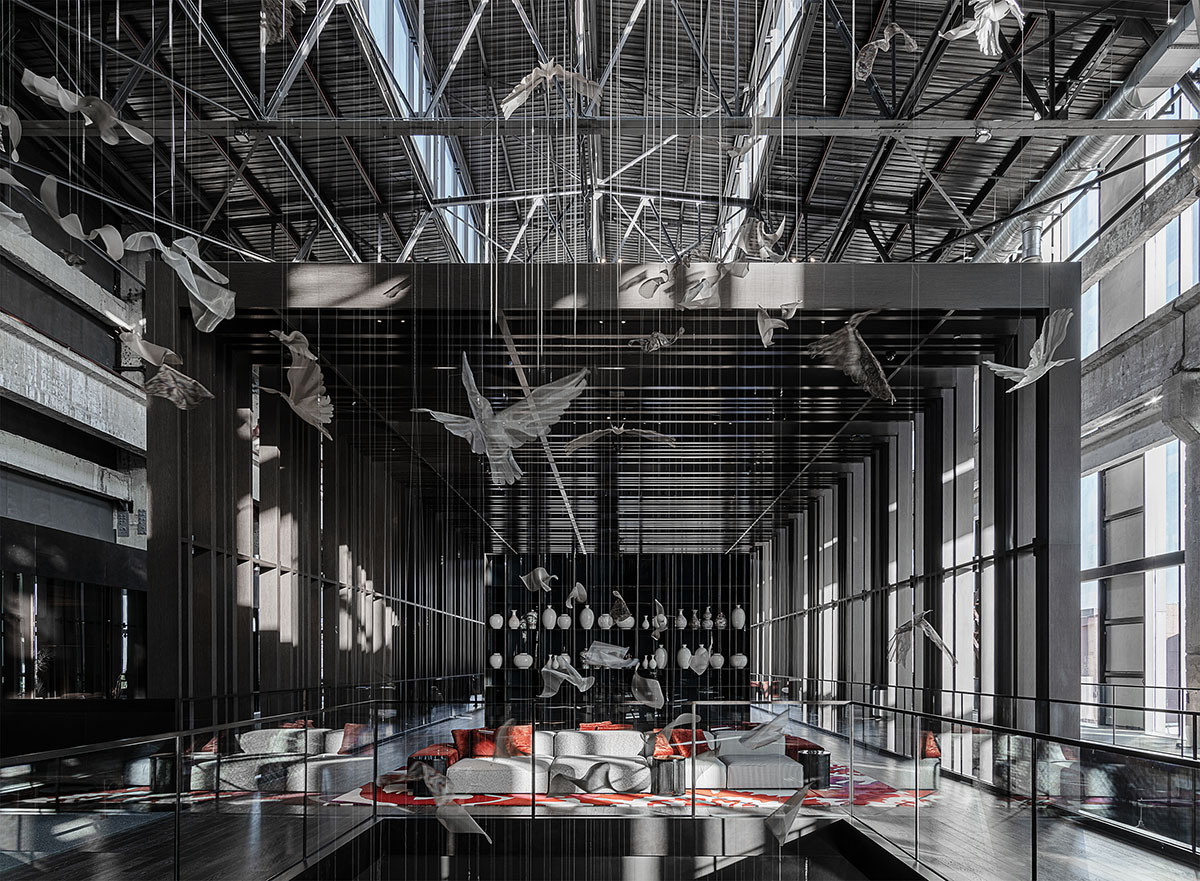 "The technical elements, such as large ventilation pipes, are left visible and integrated as significant components of the architecture, respecting and recalling the industrial identity of the original part," the firm continued.

The building, housing 282 rooms, is connected to the Main Building via an elevated bridge. According to the studio, "the design intent here was to soften the overall massing by dividing it into smaller volumes separated by vertical openings." 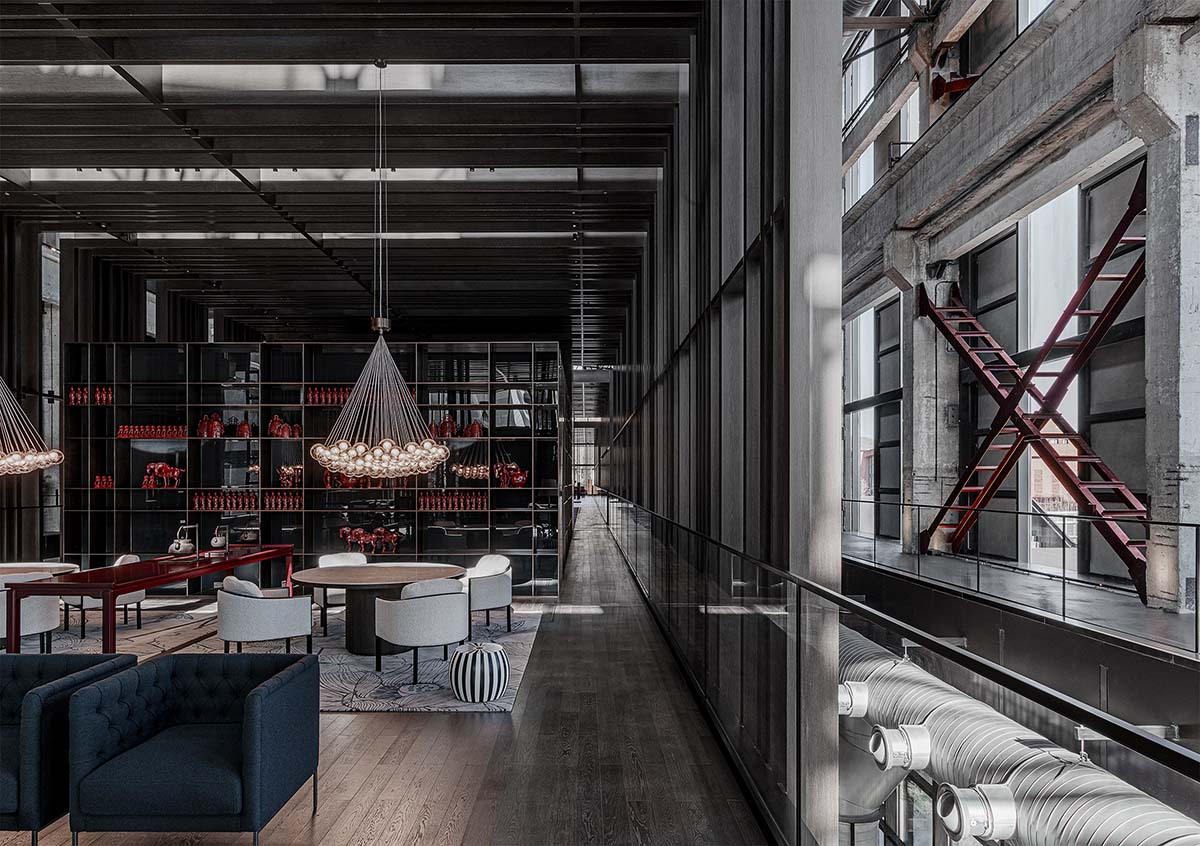 To give balance and proportion to the structure, the studio divides the façade into three different horizontal layers: the ground floor with terraces and cantilevering canopies that detach the building from the ground giving it an air of lightness; a second and more compact layer and finally a large canopy that floats above the roof, sheltering it from direct sunlight and concealing the MEP areas. 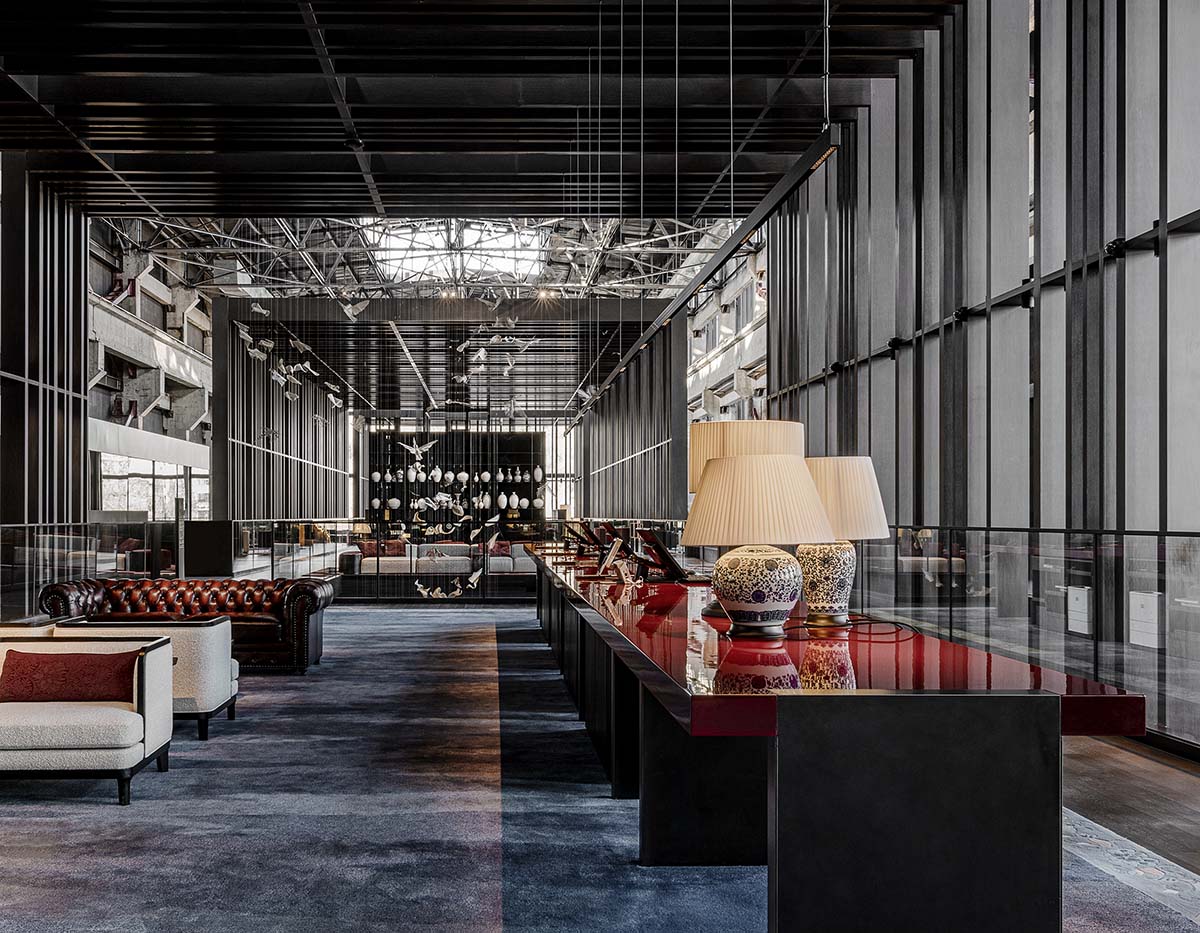 The façade is made of bricks and natural materials that can allow very little maintenance and possess optimal thermal and ventilation properties.

The studio relies on fewer industrial references in this space in order to ensure maximum comfort, both physical and visually. Muted tones and warm materials, inspired by local traditions, characterize the language of the rooms. 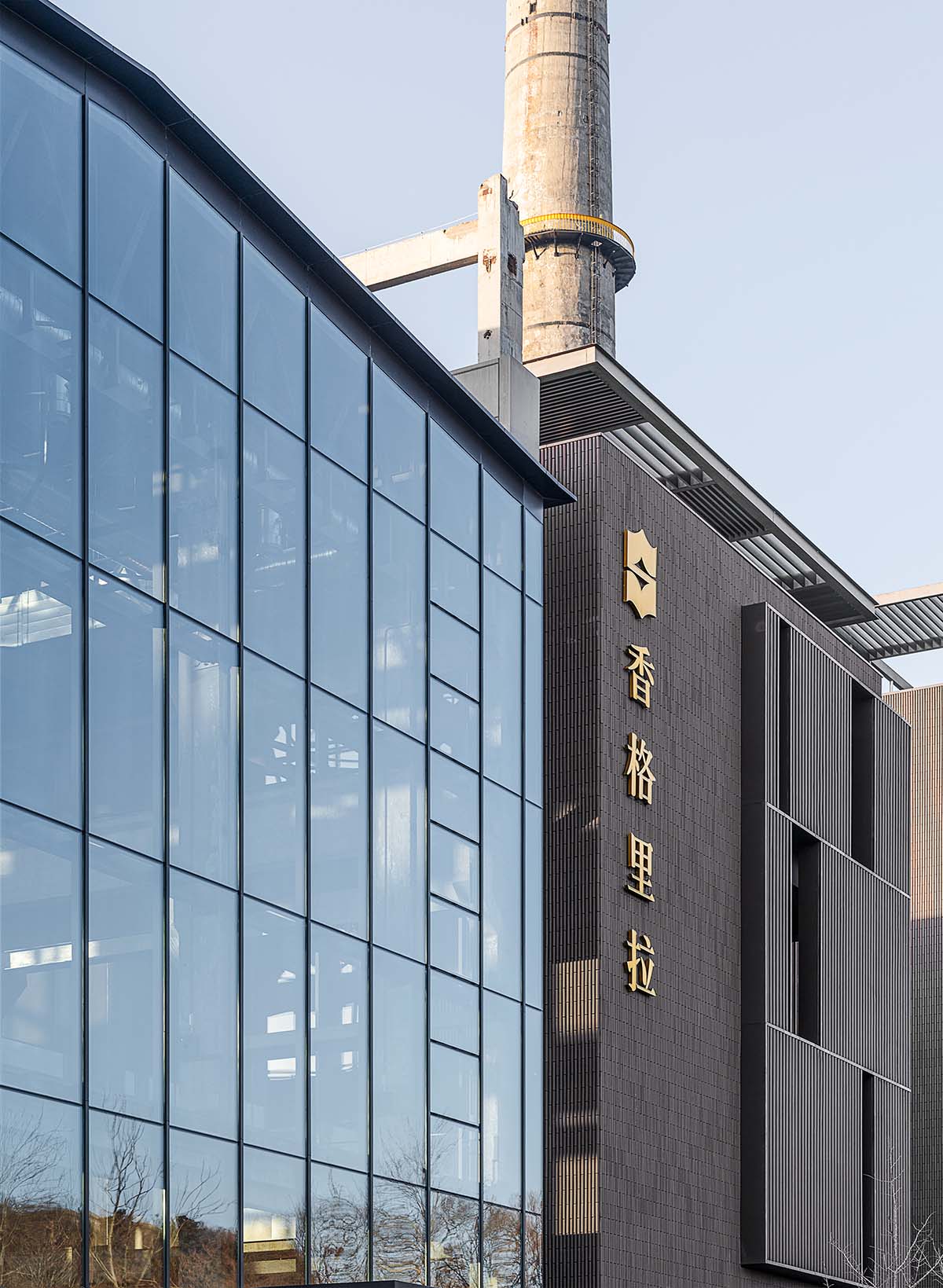 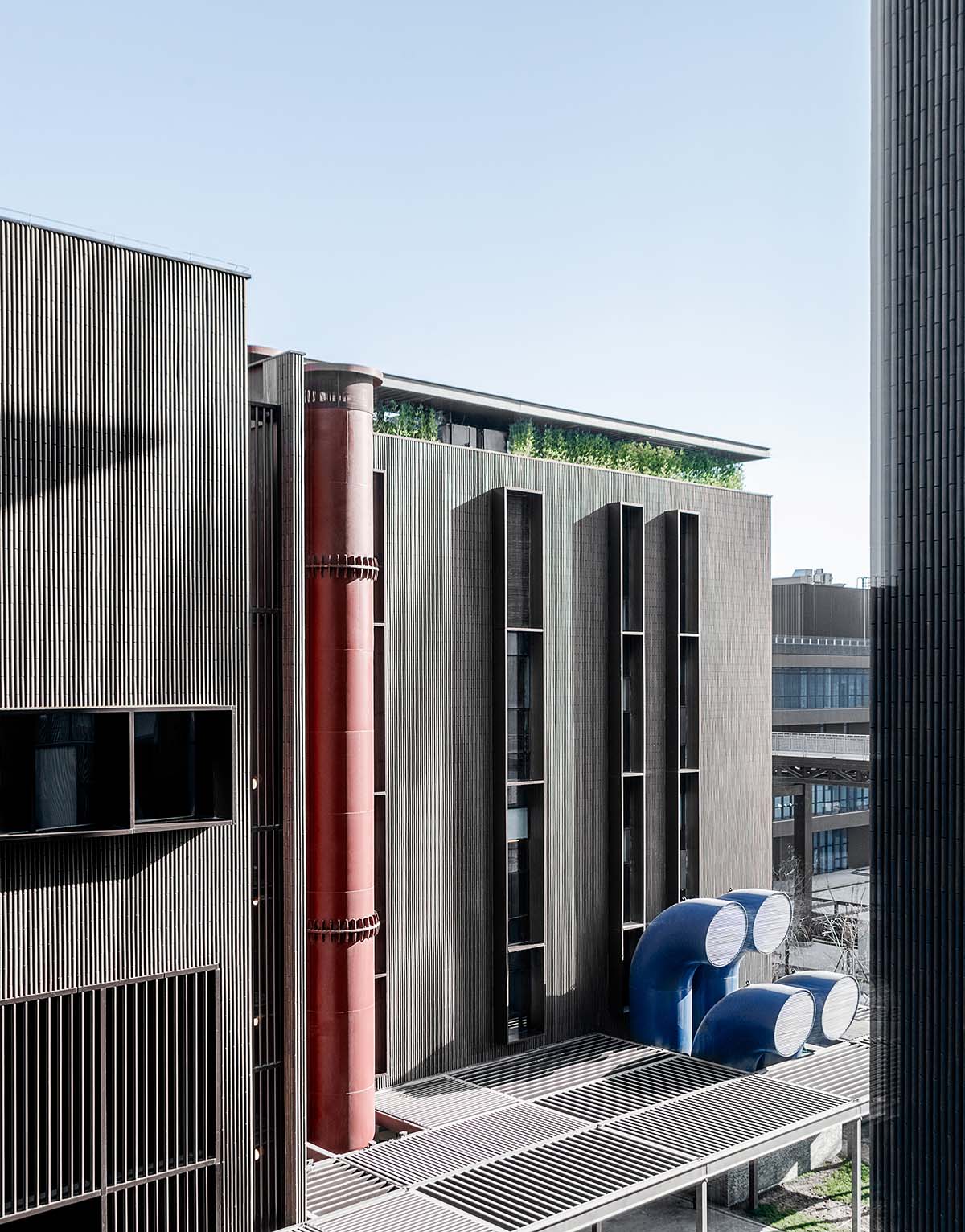 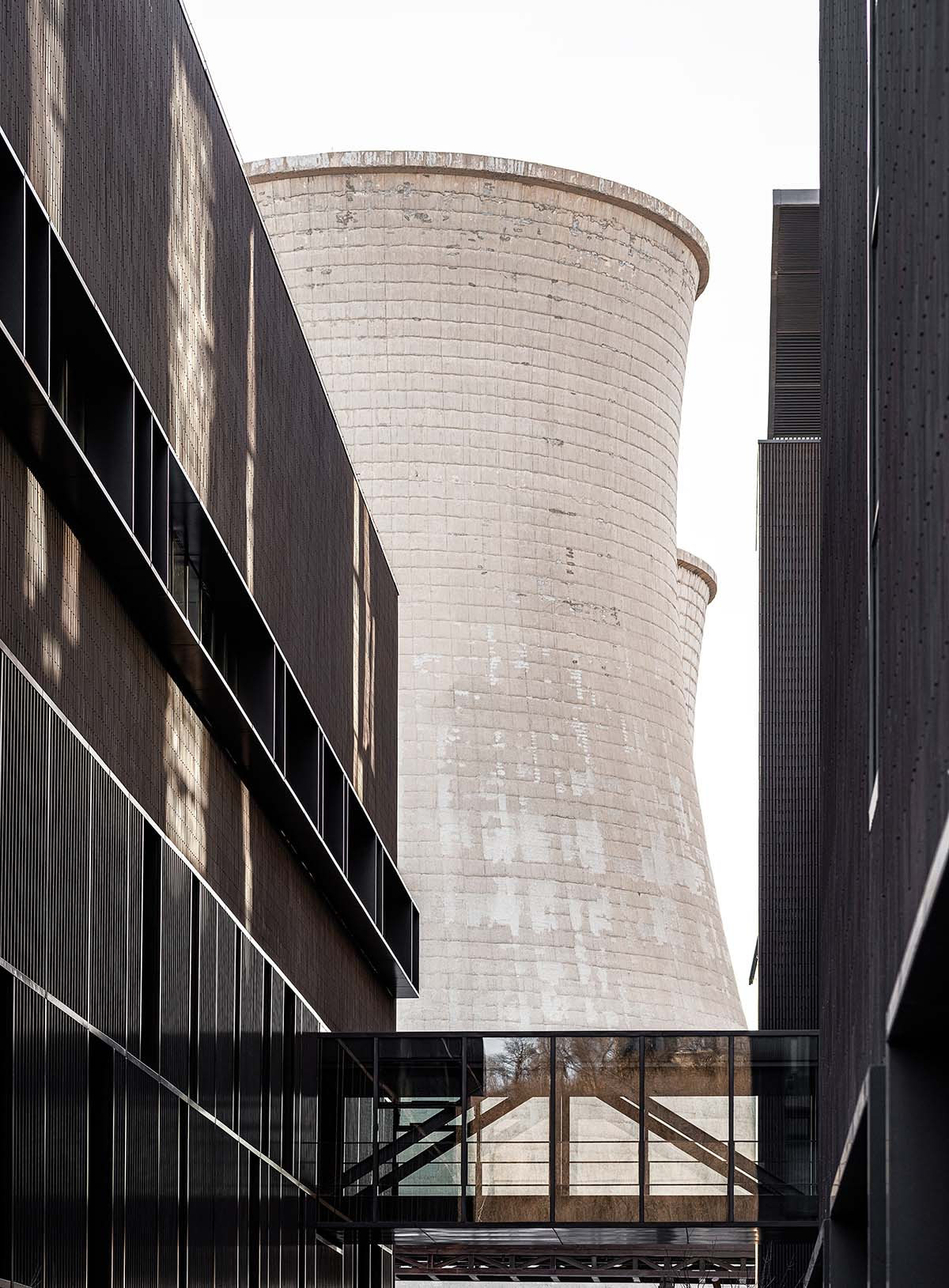 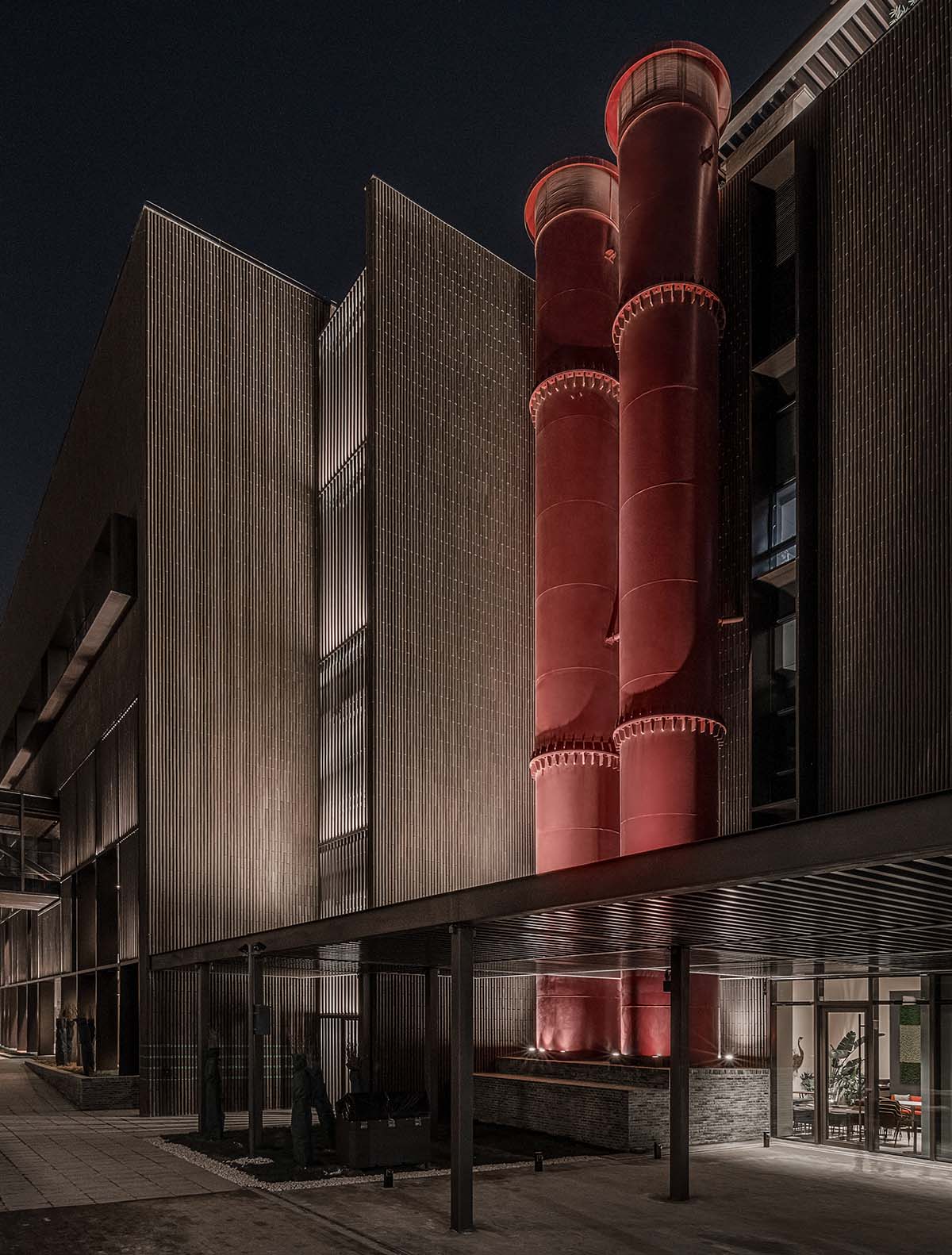 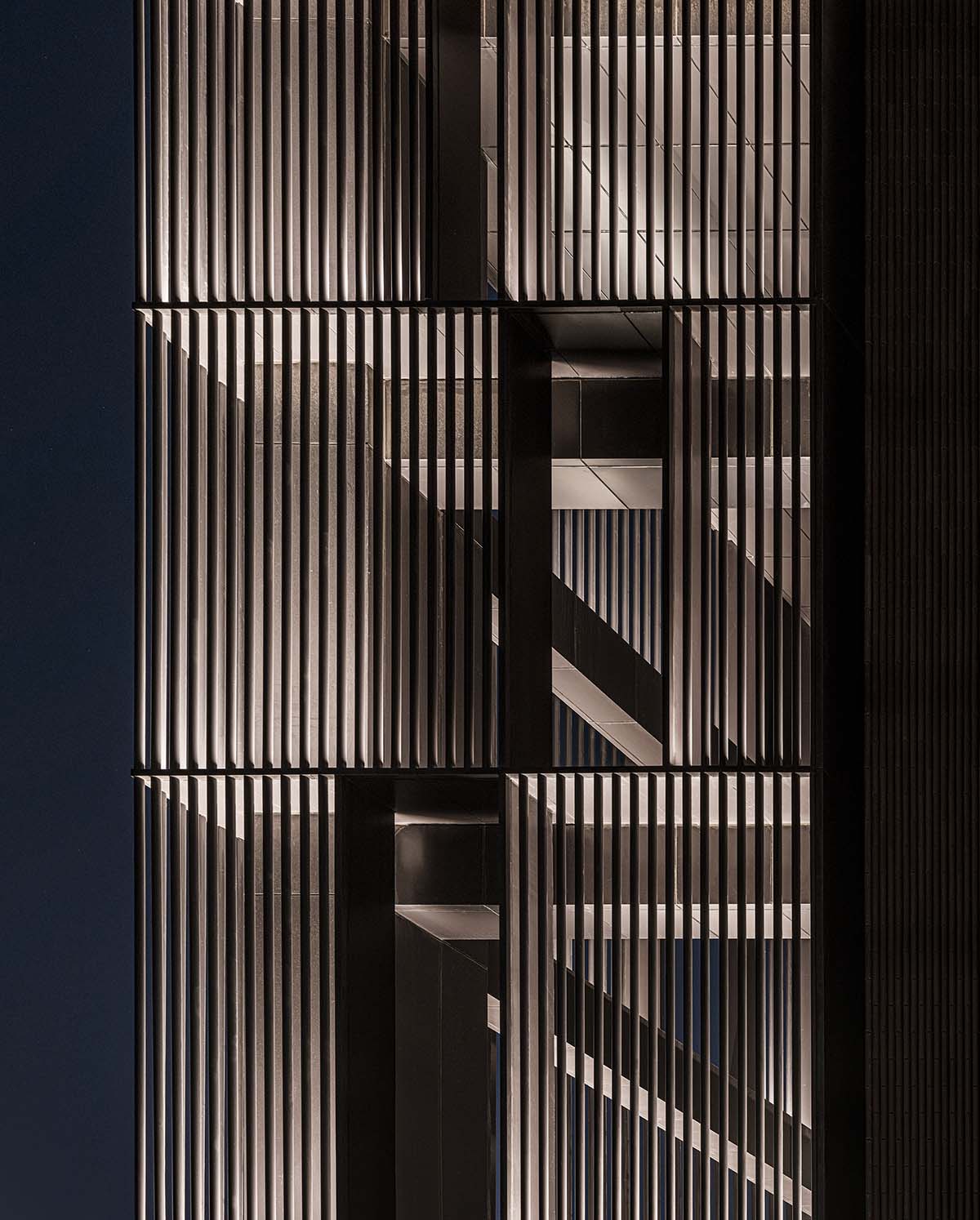 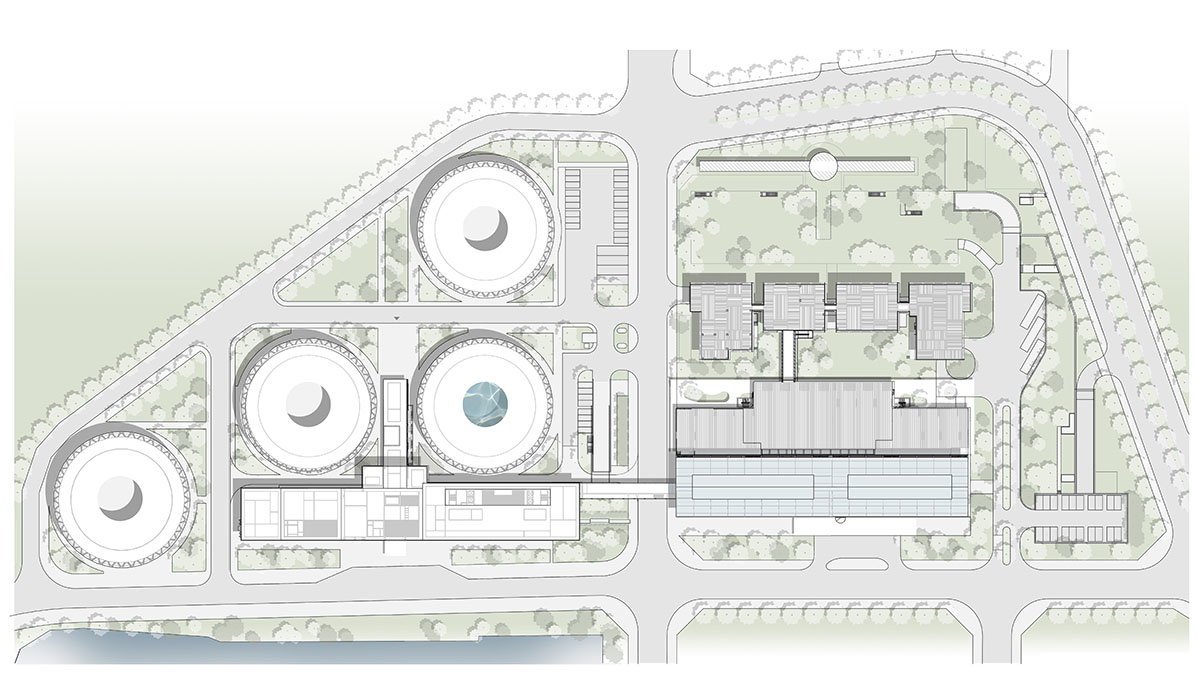 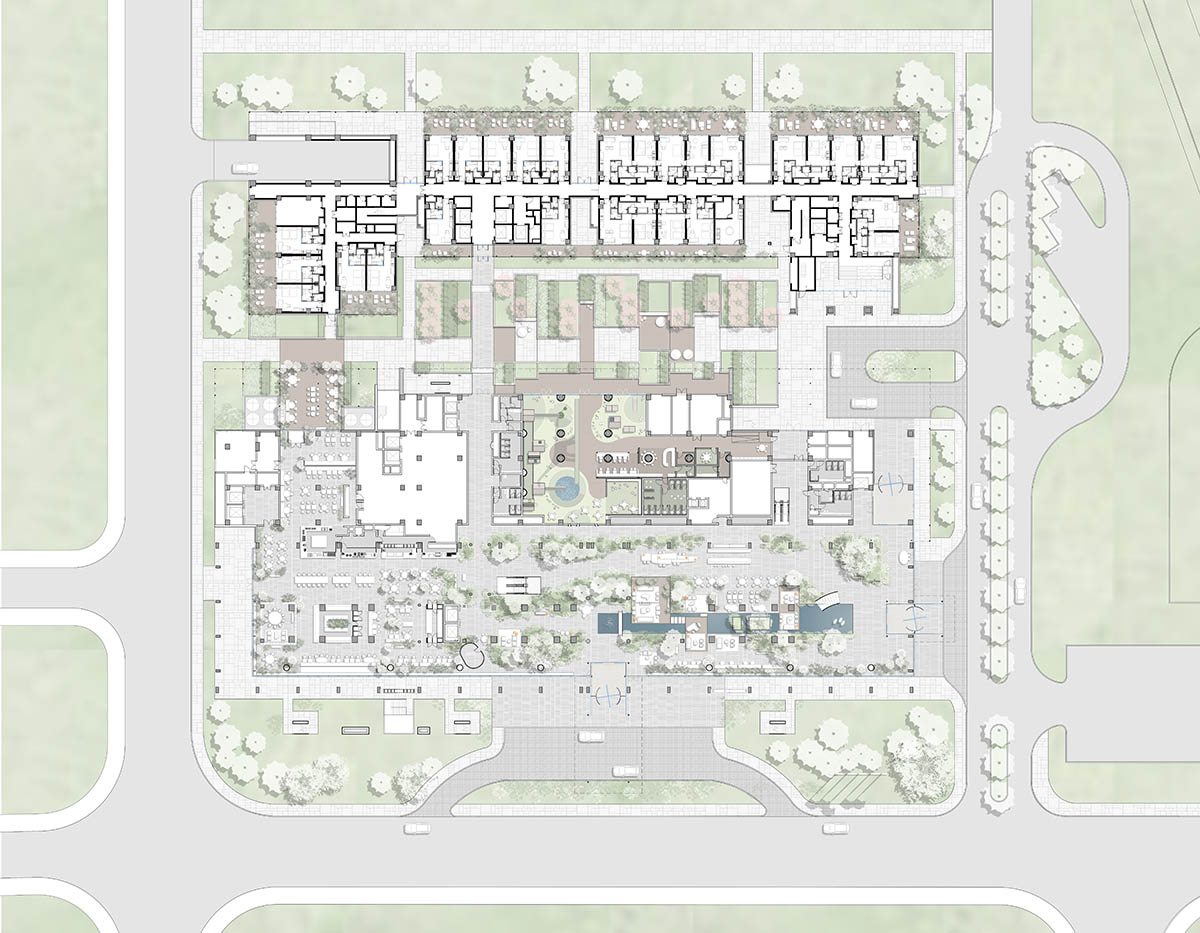 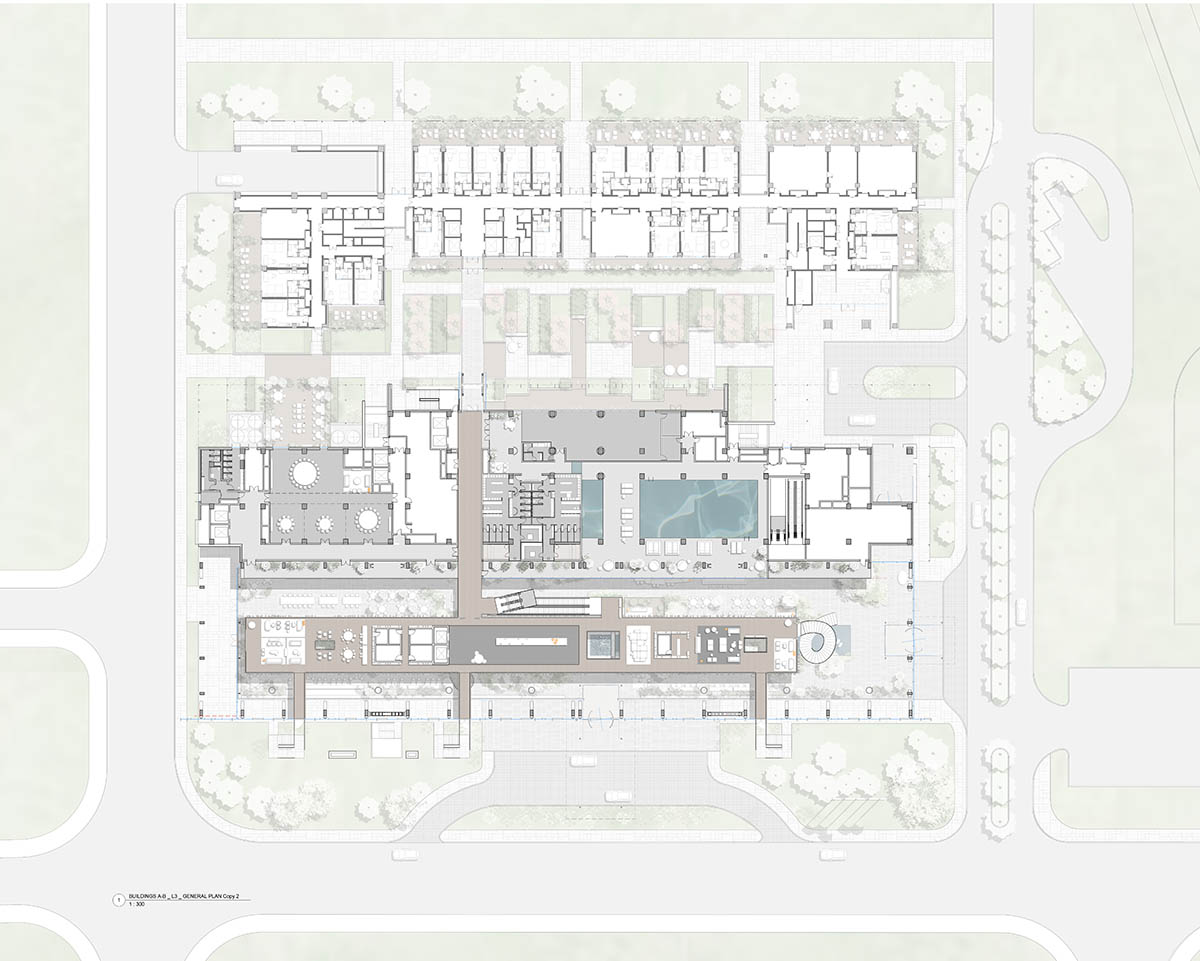 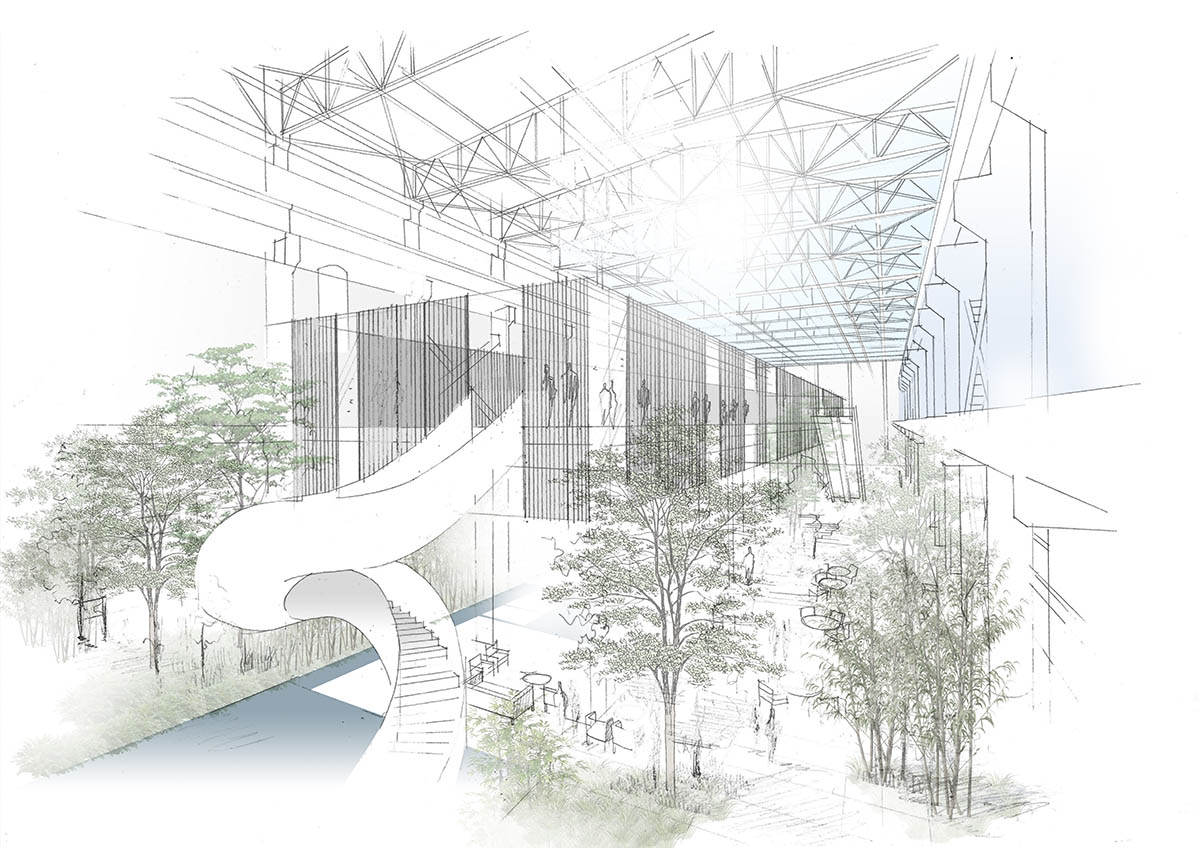 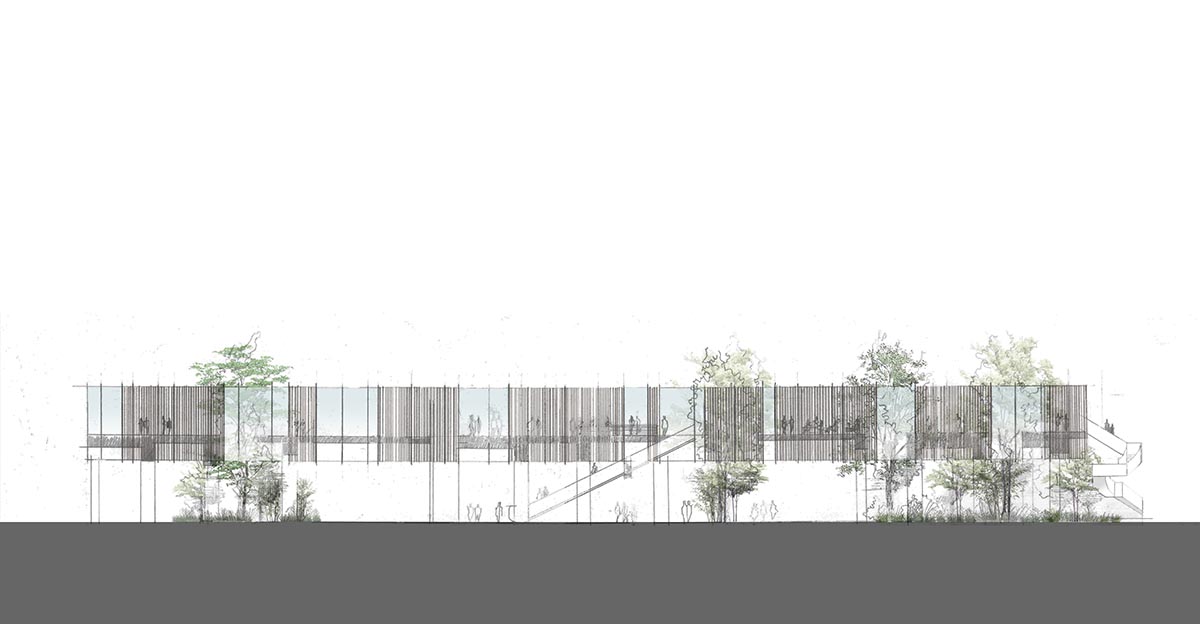