The Hermitage cabin is entirely built from wood as a space for contemplation on Trebbia Valley, Italy 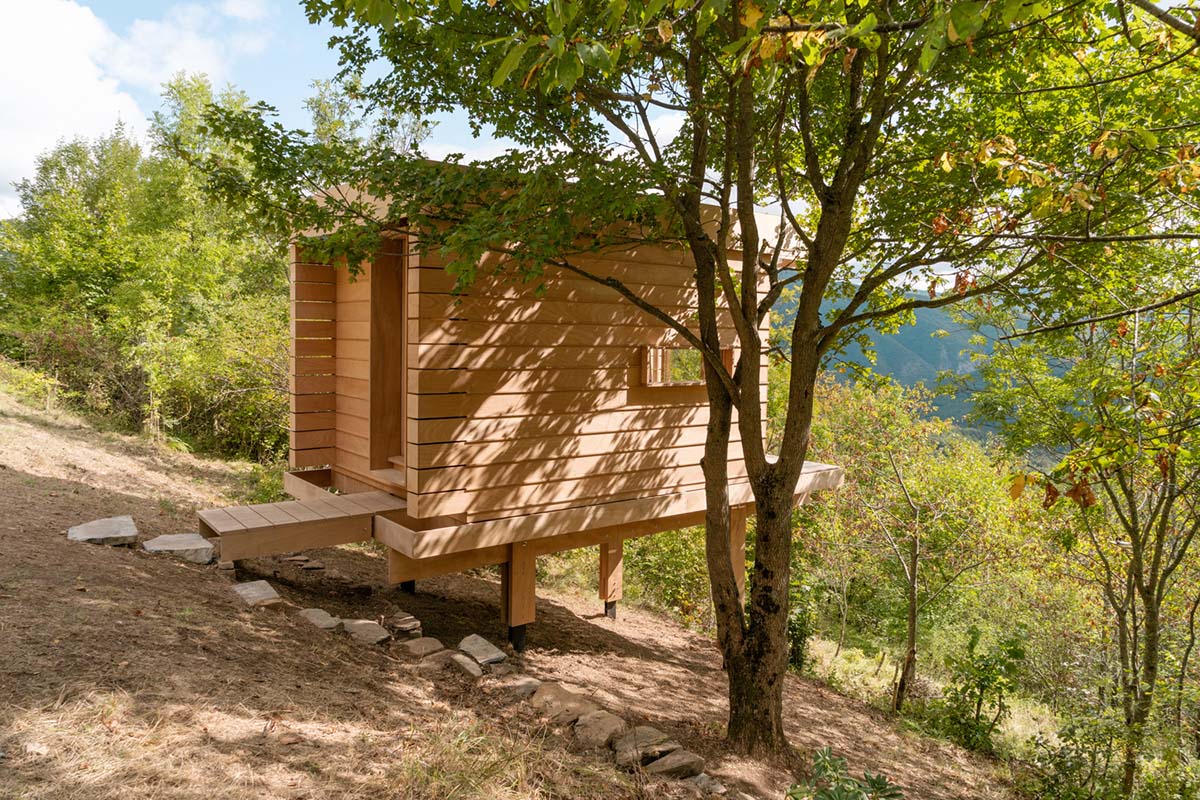 Genova-based architecture studio llabb has built a minimal cabin made entirely of wood as a space for contemplation and introspection on the Trebbia Valley of Italy.

Named The Hermitage, the 12-square-metre cabin responds to environmental and social needs starting with minimalist living and with a relationship to nature.

The cabin is conceived as an environment that elaborates on modernist themes in pursuit of flexibility: it can be a studio, a retreat, a tea room or a guesthouse. 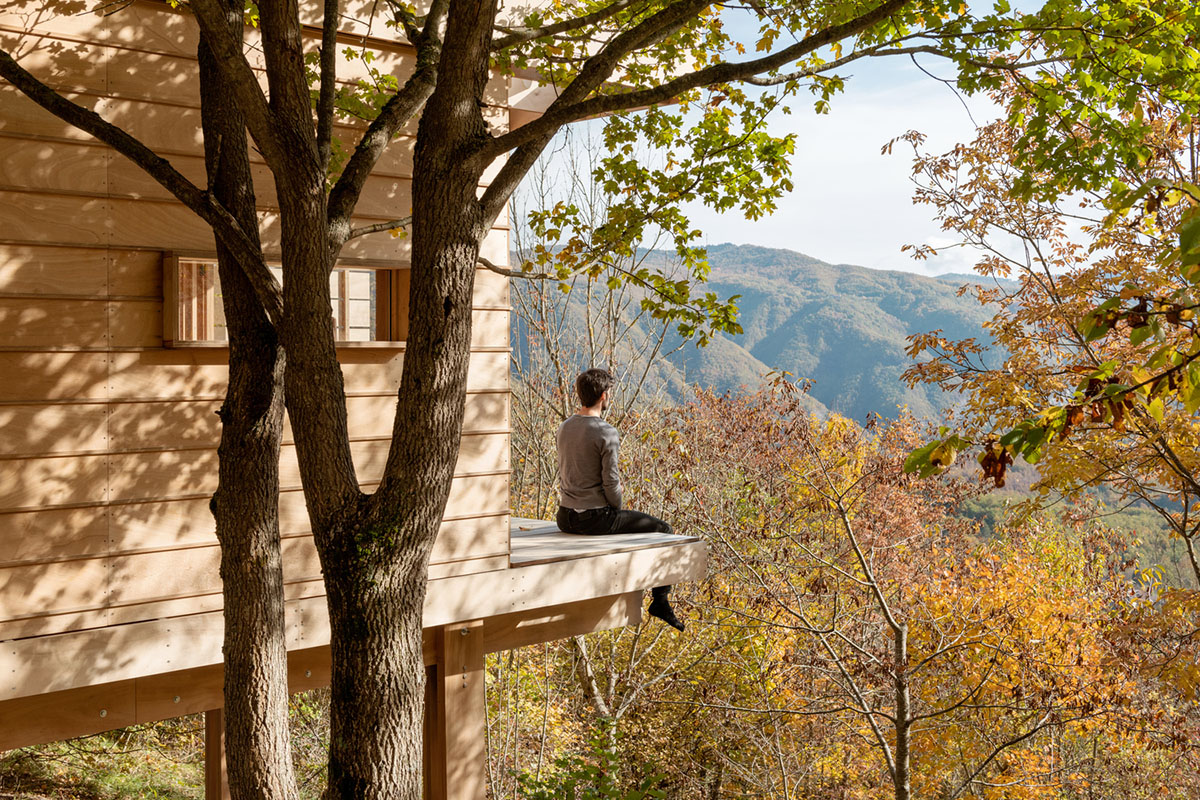 The project recalls the craftsmanship experience of the founding partners at llabb. Before starting their architecture firm, Luca Scardulla and Federico Robbiano began their practice as a carpentry workshop, set up in a garage, in Genoa, Italy.

The project is situated in the Trebbia Valley in Italy, in the heart of the Apennines between Liguria and Emilia, in a land far from everything, not well-known and wild. 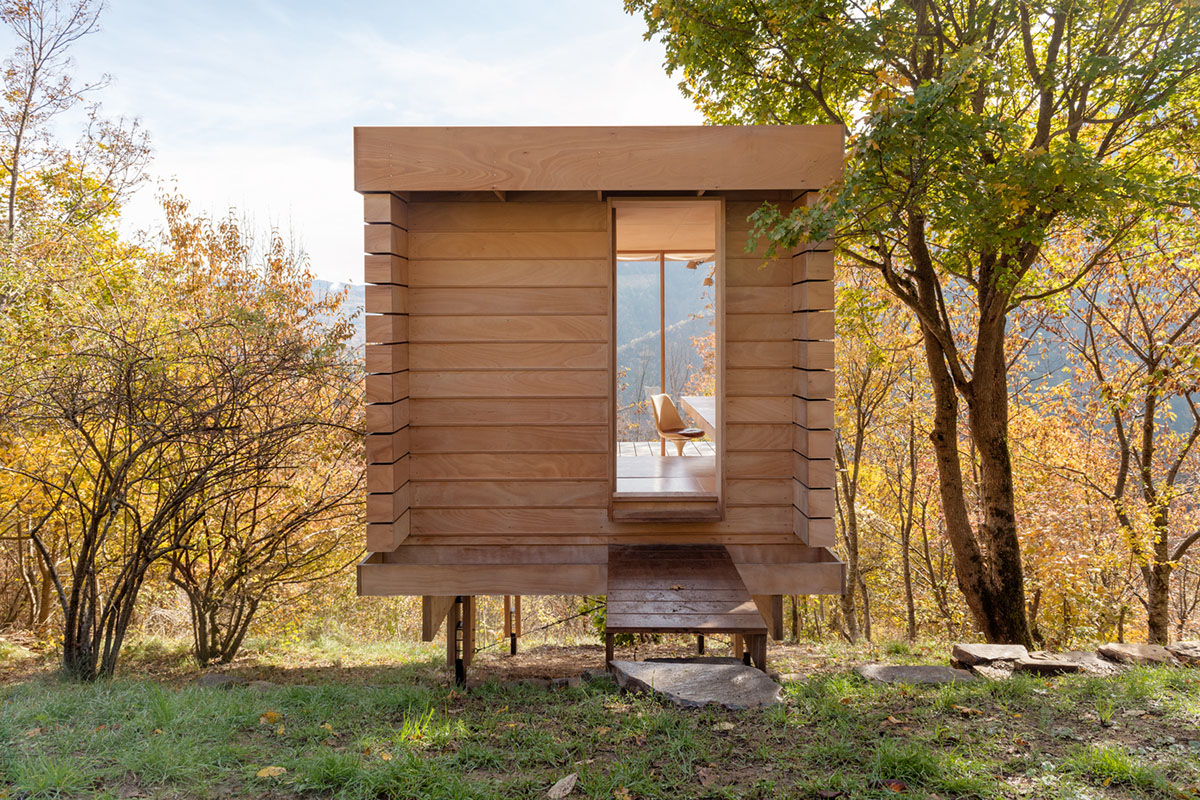 Here, on the traces of steep ancient terraces, the whole studio has built, in an unusual workshop, a wooden structure. Completely dry-mounted and detached from any utility network. Drawing inspiration from Japanese teahouses and cabins encountered in Scandinavian forests, the project explores an original idea of space and environment.

The Hermitage is approached from above. The rectangular volume, which stands off the ground and is positioned perpendicular to the steep slope, is first captured in the rear part facing northwest. Here only the entrance door is visible, marked by a pronounced boarding and accessible through a footbridge. The walls that define the cabin and which enclose it on three side are clad with plywood boards arranged horizontally. The fourth side facing southeast opens to the valley.

Here the interior space extends into a terrace separated by four full- height glazed panels, one of which can be opened. The fenestration follows the modularity of the brise-soleil that surmounts the terrace, which in turn continues the roof structure. A small longitudinal window appears on the southwest side. 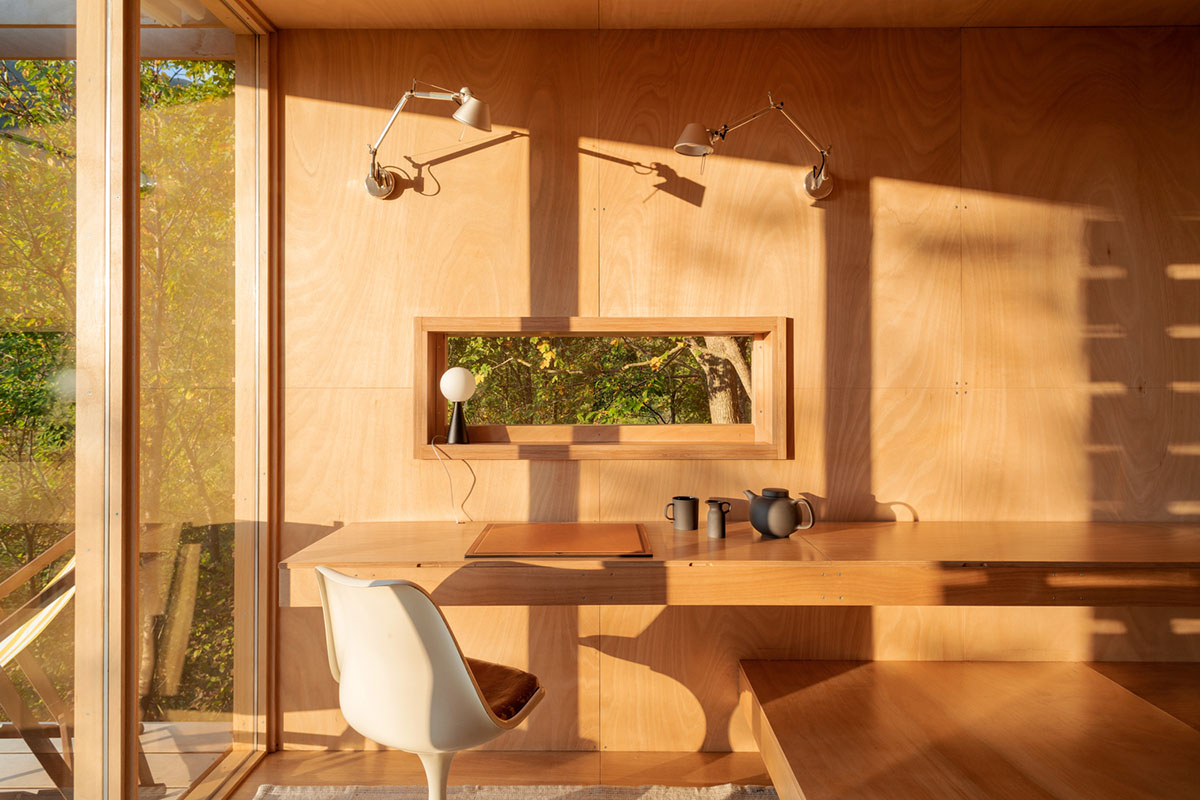 The boards of the three exterior walls are mounted in such a way as to leave a gap that on either side of the entrance and on the east side of the terrace produces a filter effect. Where the walls enclose the interior space, this gap is filled with thin, slightly protruding profiles, so as to determine on the facades a play of shadows that emphasizes the horizontal pattern. At the floor level and at the top of the building tall cornices run uninterrupted, projecting from the walls and delimiting the composition.

The construction is supported by four metal brackets, fitted with wide 60x60- centimeter bases, which rest on sandstone beds. The 4 legs, composed of paired wooden elements, slender the structure upward, making it fly above the ground. 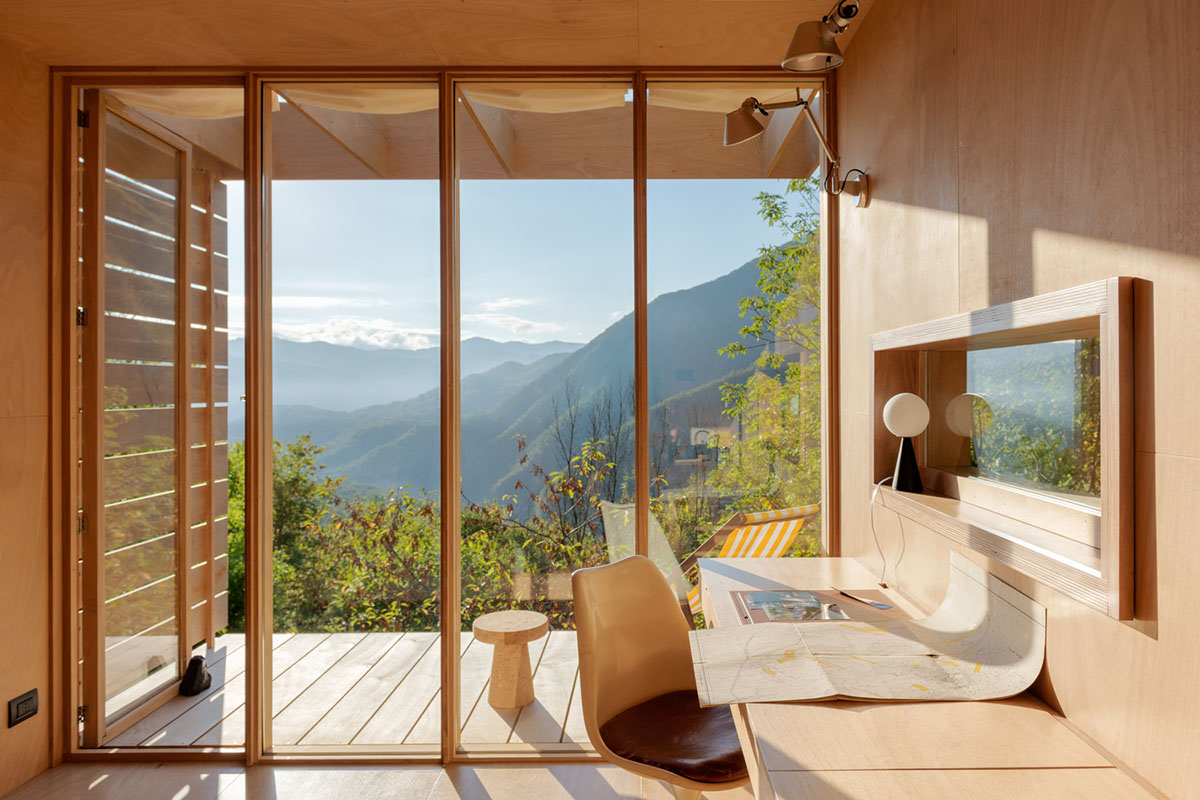 "The simple modularity of the structure makes it easily scalable and adaptable into different compositions. The basicness of construction, the minimal impact on the land and the use of natural materials that can be easily sourced locally enable a respectful installation in natural contexts," said Luca Scardulla.

"These Hermitages put human beings back in touch with nature by lightening the anthropization load that marks all building activities," Scardulla added.

Upon entering this cabin, one is immediately offered the view of the valley below, mediated by a series of features that articulate the interior space on three different levels. 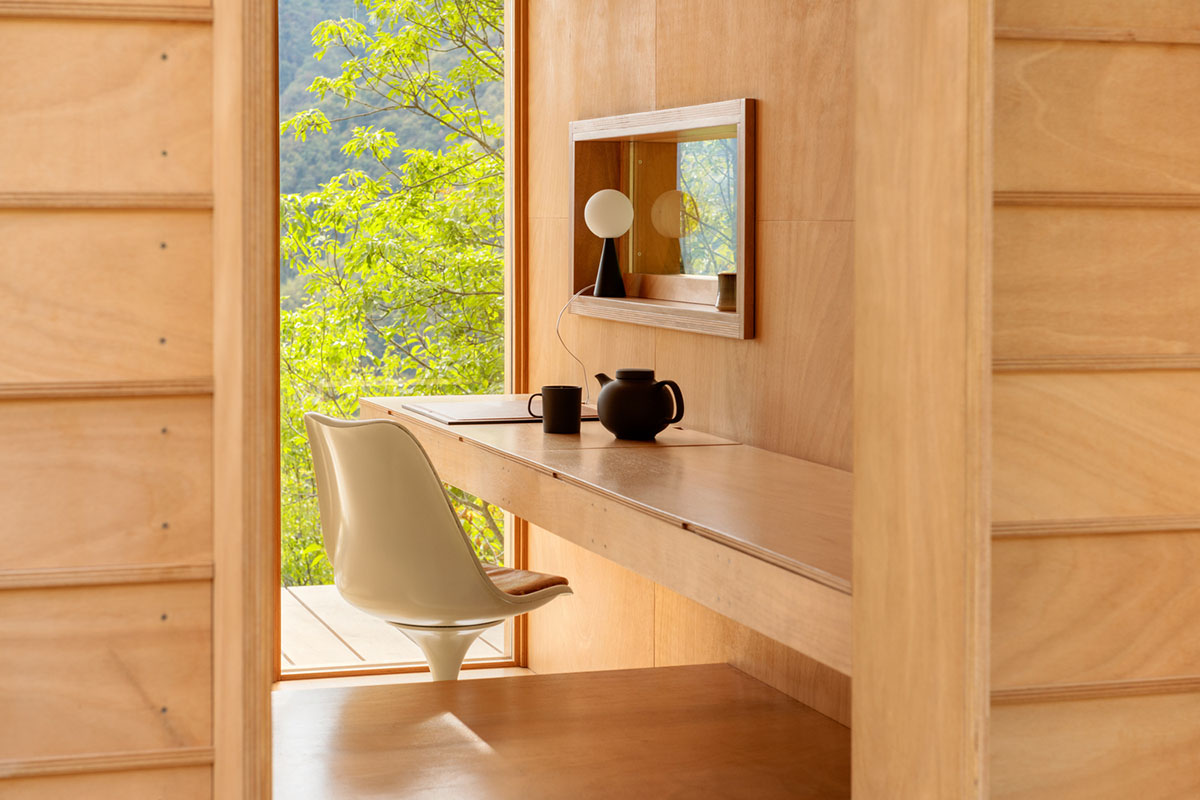 The entrance level features a countertop that runs along the entire right wall and, in guiding the visitor’s gaze outward, serves as a seat, a desk, and storage space. The third and final level, to which one descends after going through the entrance, is the one that defines the largest surface area, extended onto the terrace.

The wall that encloses the tiny bathroom accommodates a fold-out bed that, when open, hovers above the sofa. The summer sun produces a variety of patterns of light and shade inside at different times of the day. 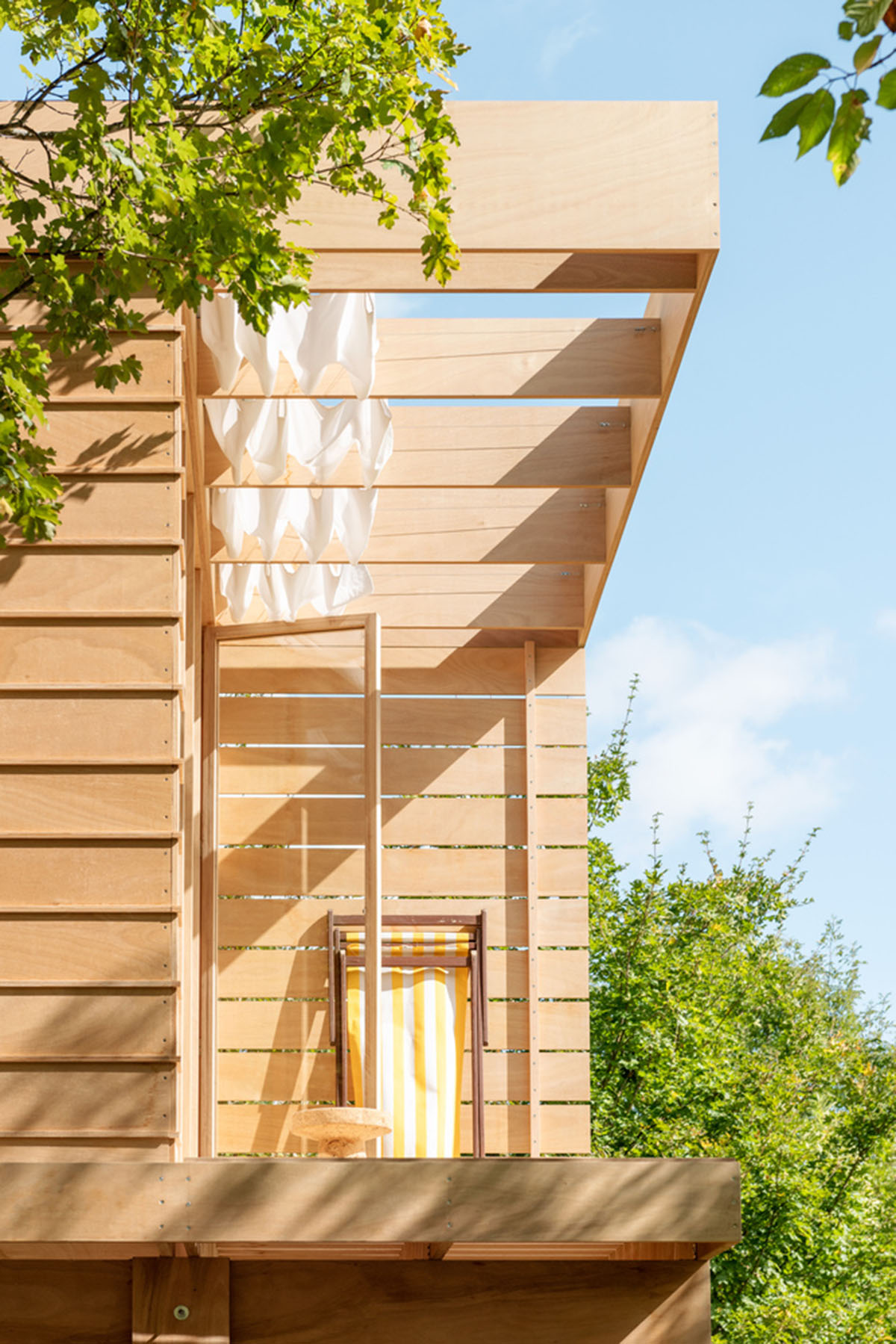 "We paid special attention to the design of the interior space. Minimal and flexible, with the expansive glass wall facing the terrace,
the space feels light and contemplative. The interplay between different levels offers the possibility to better manage storage spaces and technical compartments, while contributing to the definition of a graceful atmosphere," said Federico Robbiano. 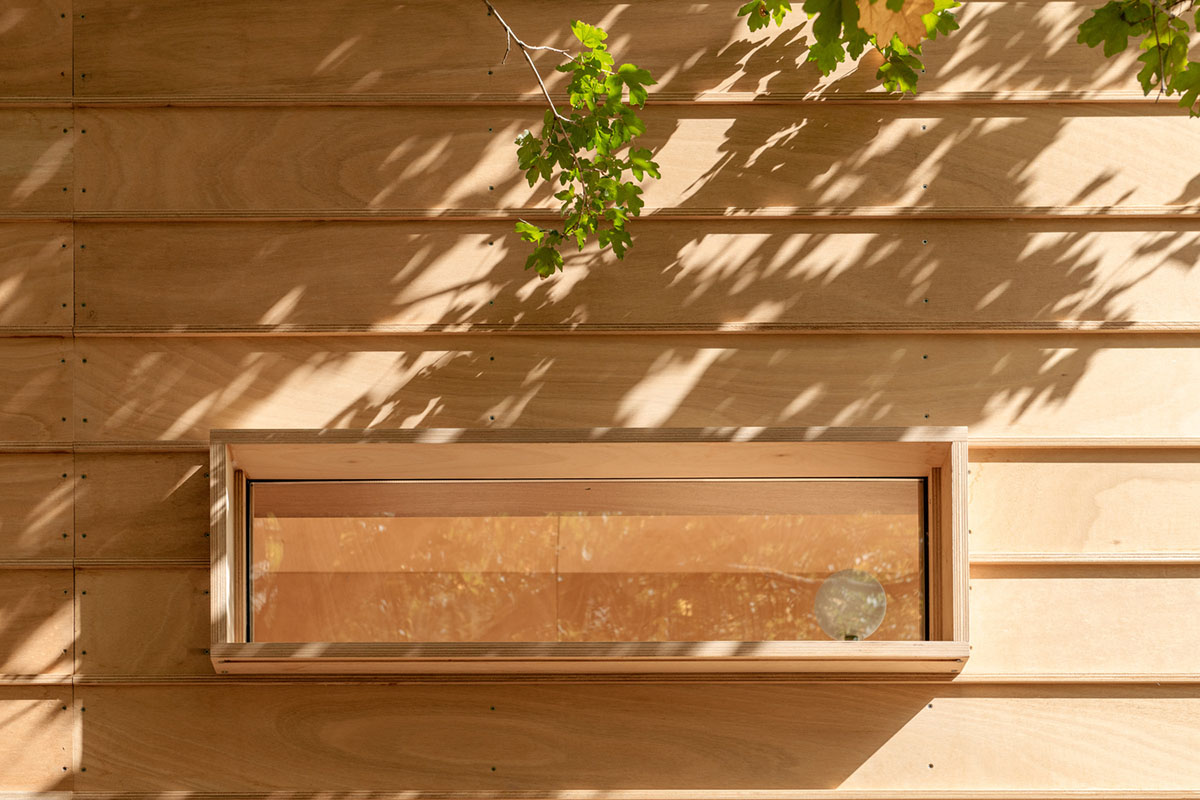 The design of this 12 square meter Hermitage came about as an expression of the need for Luca Scardulla and Federico Robbiano, founders at llabb, to pass on to their collaborators the knowledge they had acquired in the years leading up to the opening of the studio. In fact, their careers began in 2013 in a garage in Genoa that they converted into a carpentry workshop.

There, as self- taught carpenters, Luca and Federico learned the art of making, designing and fabricating custom furniture pieces. Over time, their handcrafted experience has characterized the architectural projects developed by the studio, which have always retained traces of this attitude, for example through their attention to the construction process and accuracy in details. 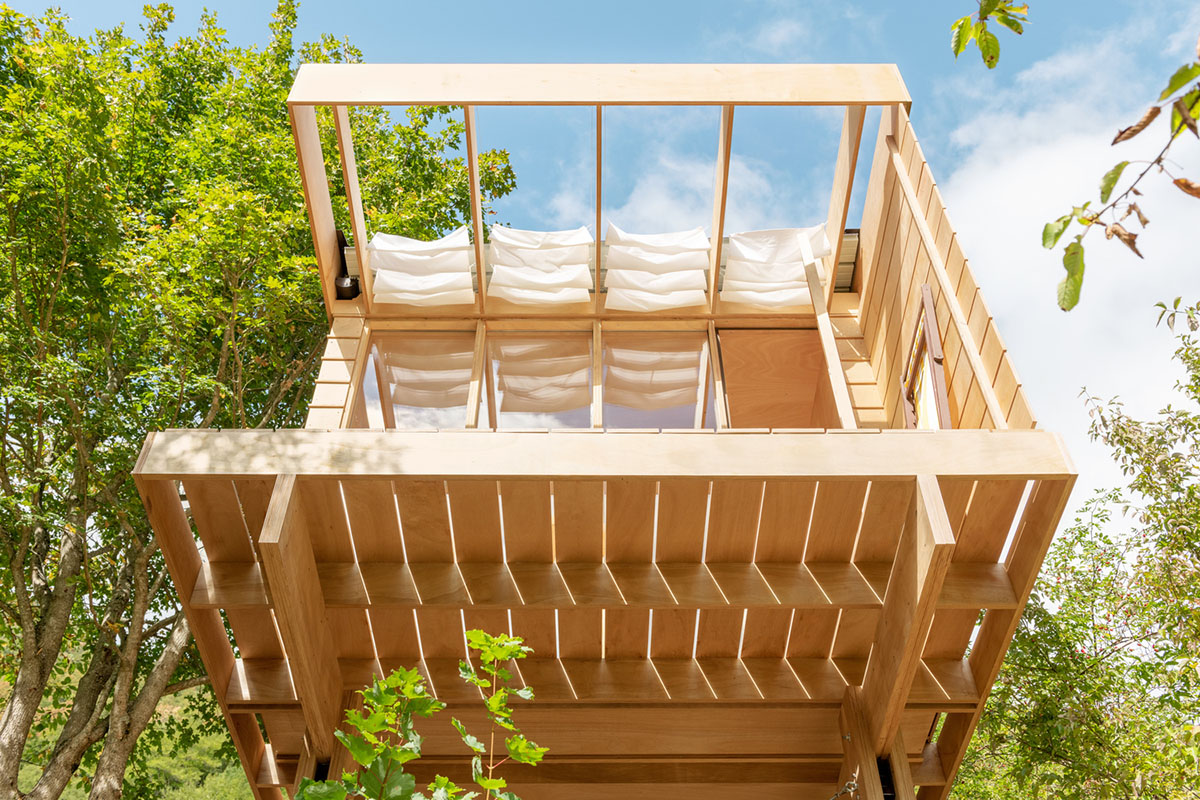 These were the premises of the workshop held for two weeks in the summer of 2021, during which the entire llabb studio engaged in the construction of this cabin. 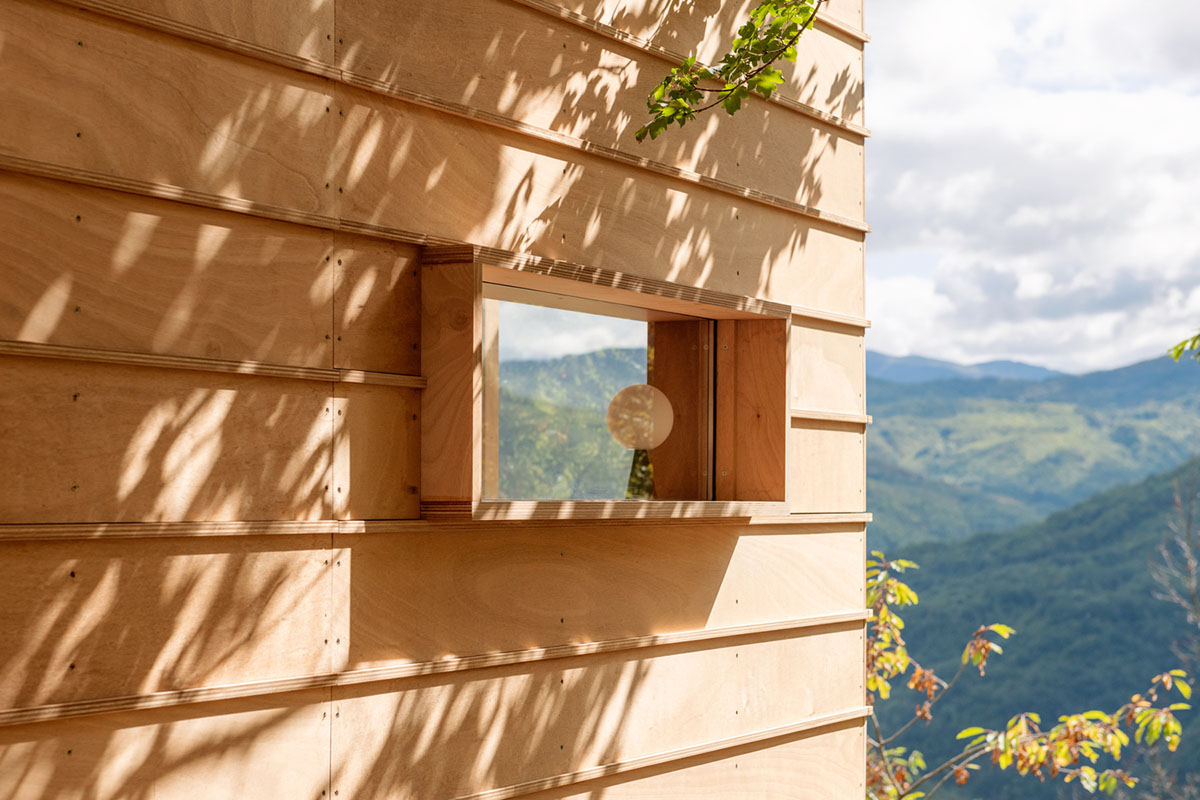 The walls, floor, and ceiling have been pre-assembled and are composed of Okoumè marine plywood panels, a wood chosen for its resistance to weathering. The facades are mounted on spacer battens so as to create an air space between the facade and the walls, which improves insulation performance. The roof is made of corrugated metal sheet. 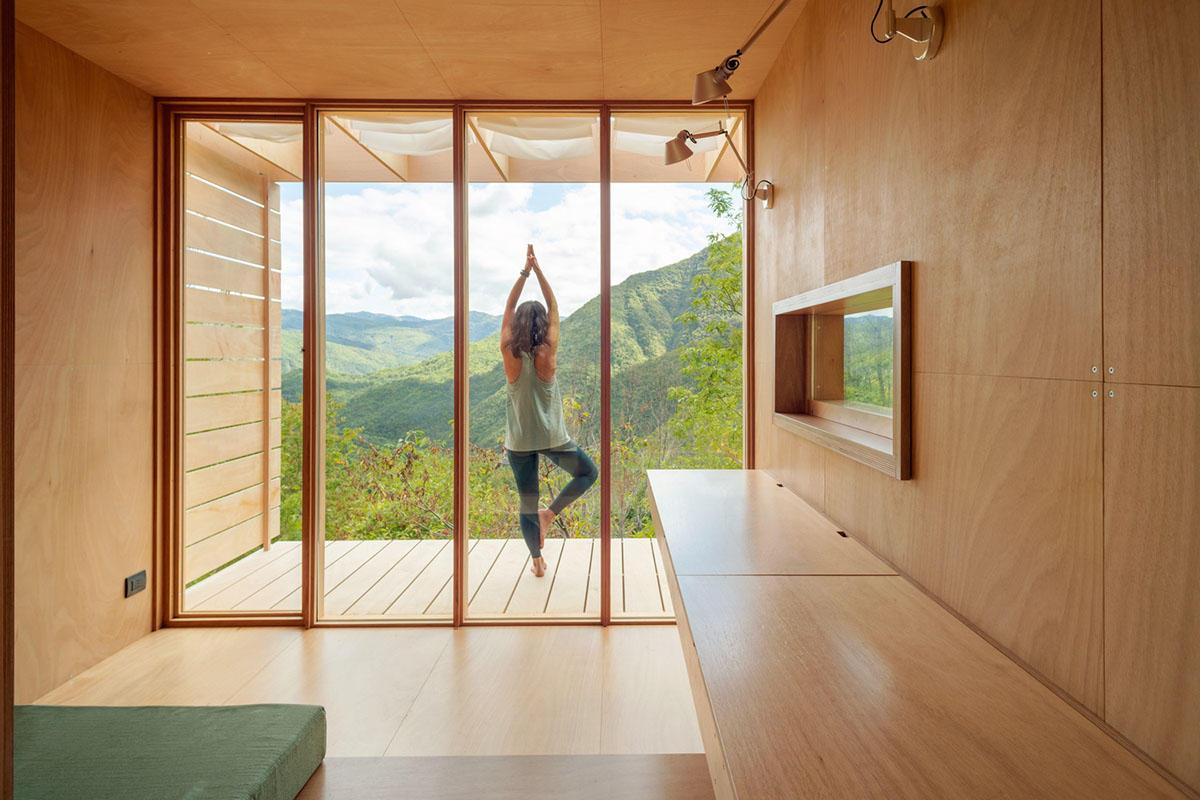 Above it two photovoltaic panels, connected to a storage battery, are installed. The prototype is designed to be totally off-grid, as there is a compostable toilet and water canisters. However, the structure can easily be connected to a sewer system and water supply. 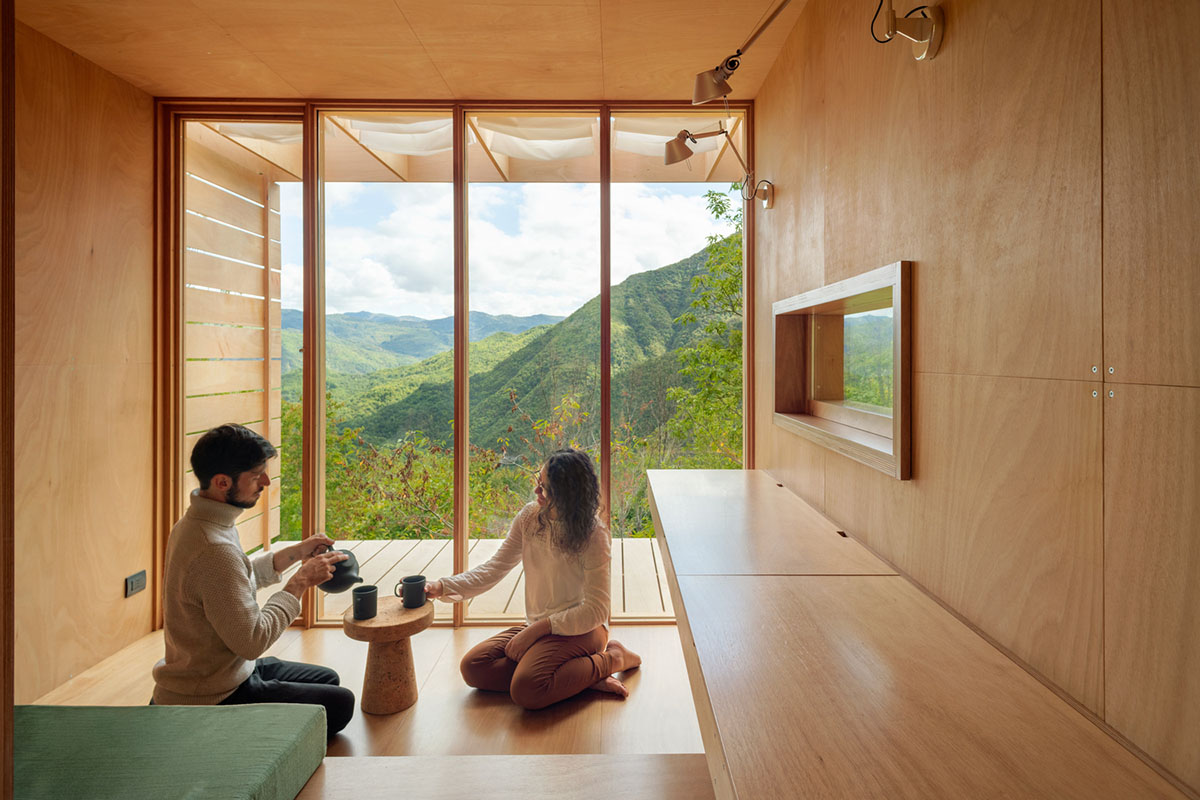 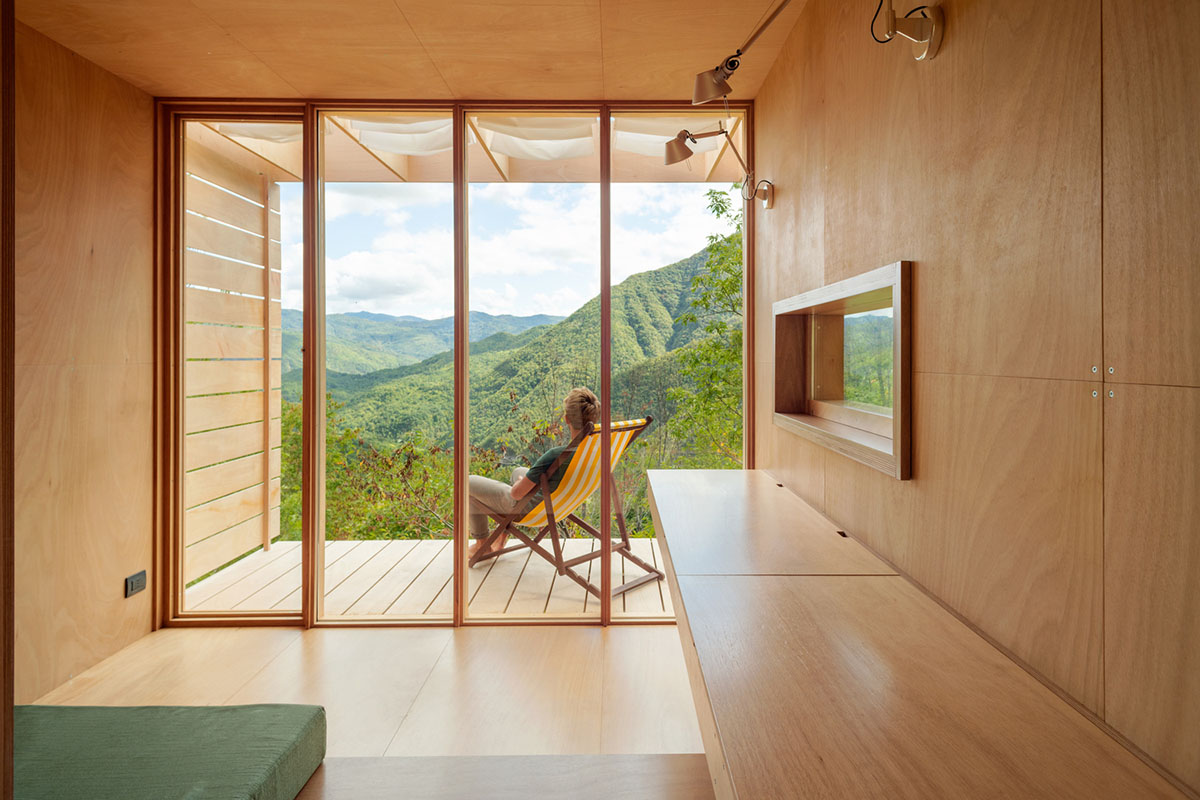 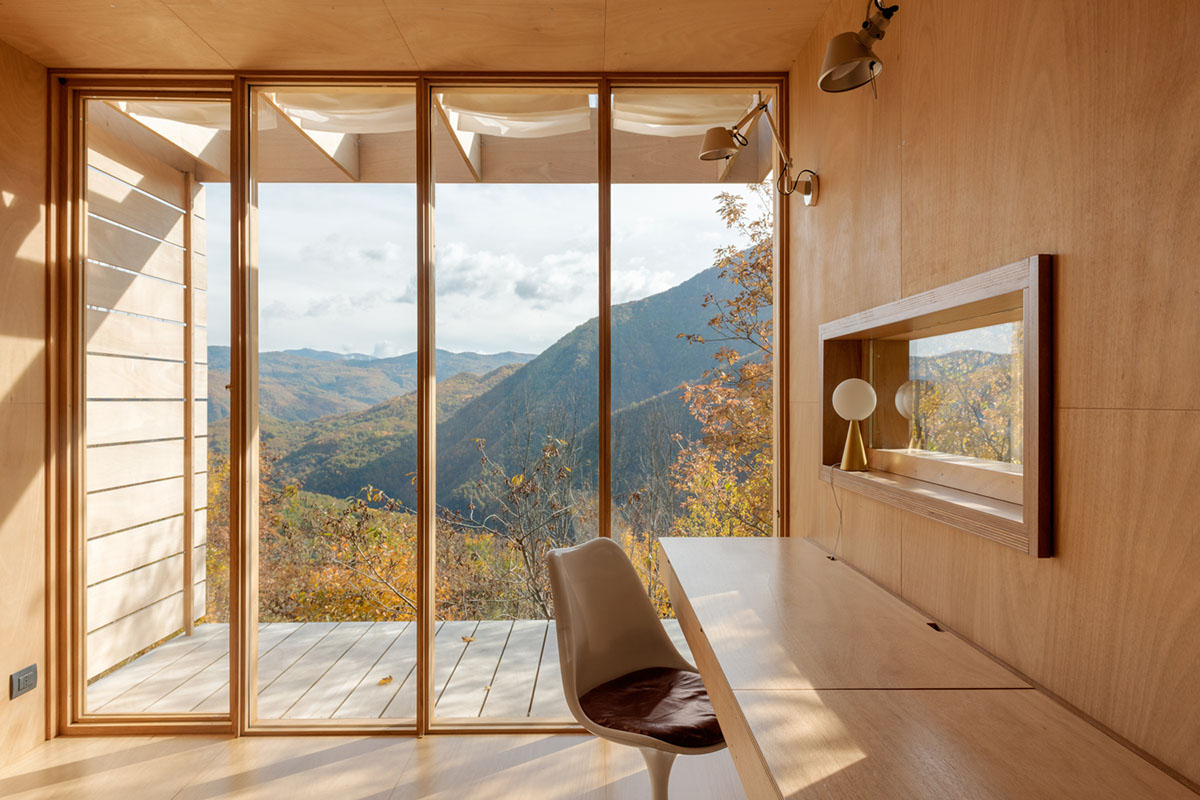 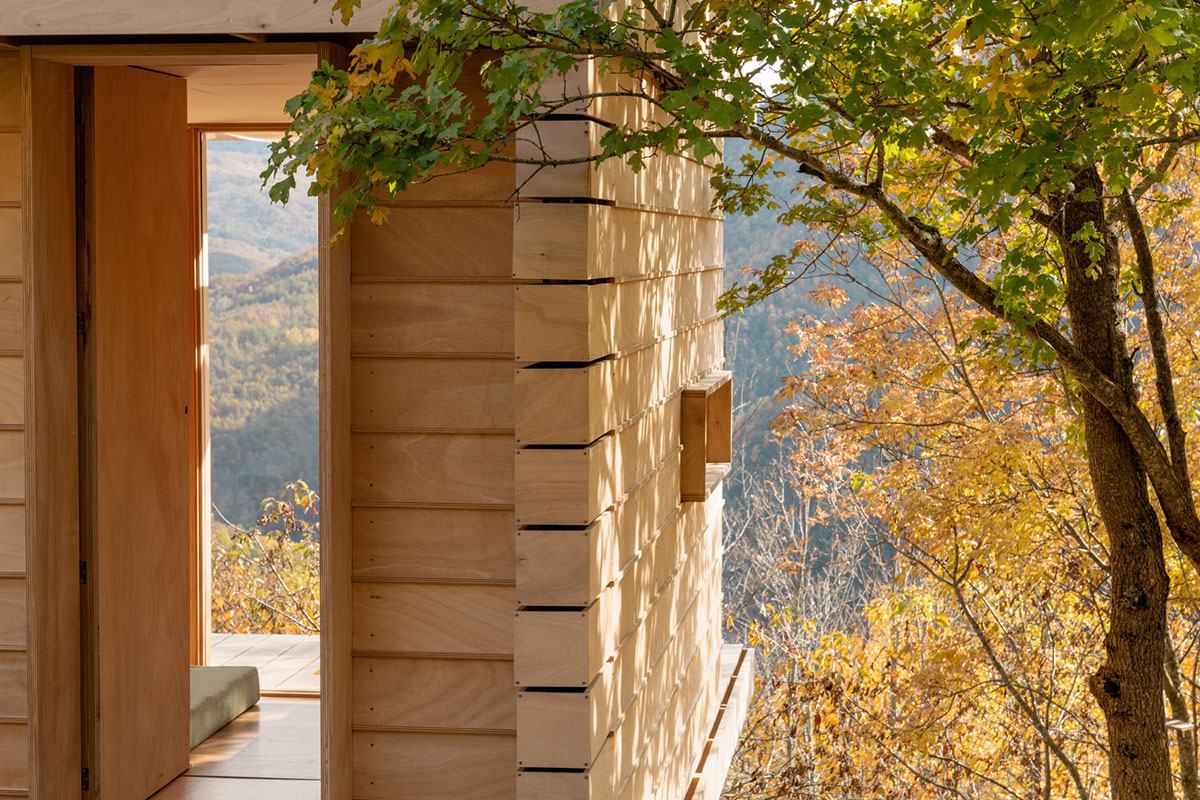 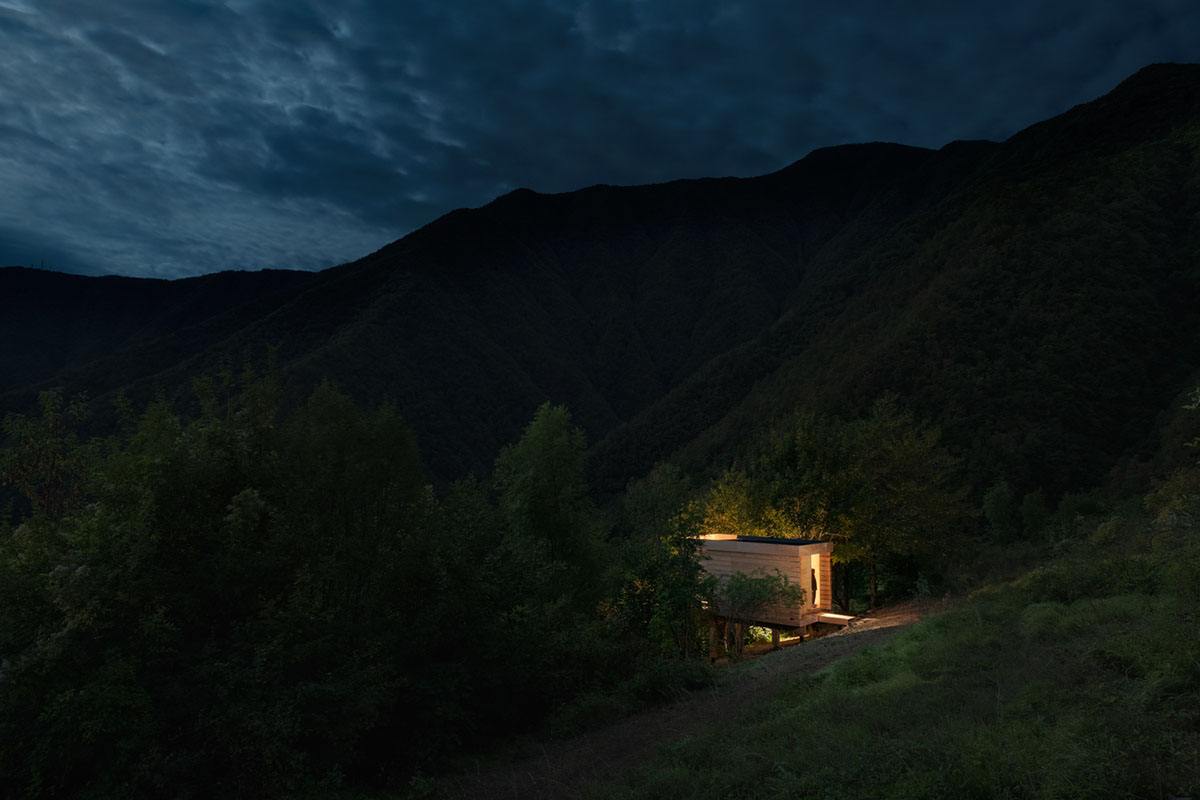 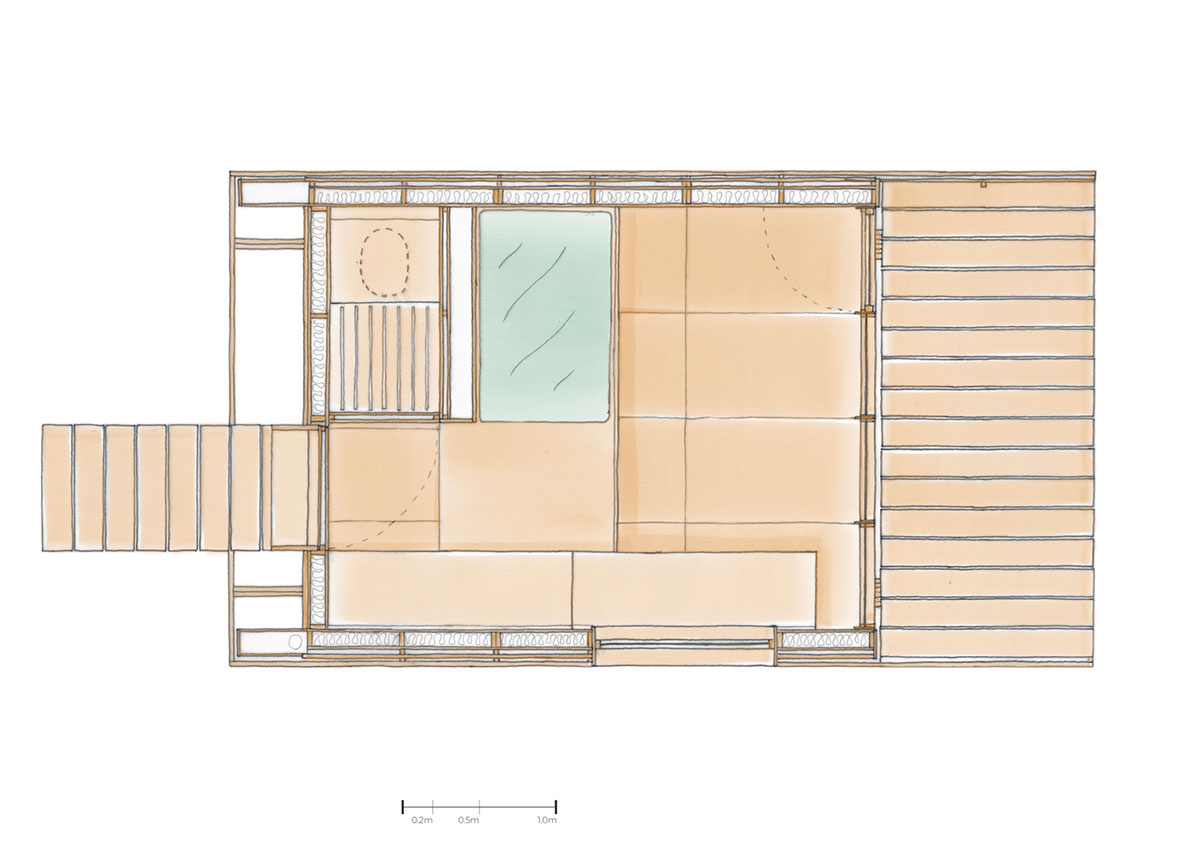 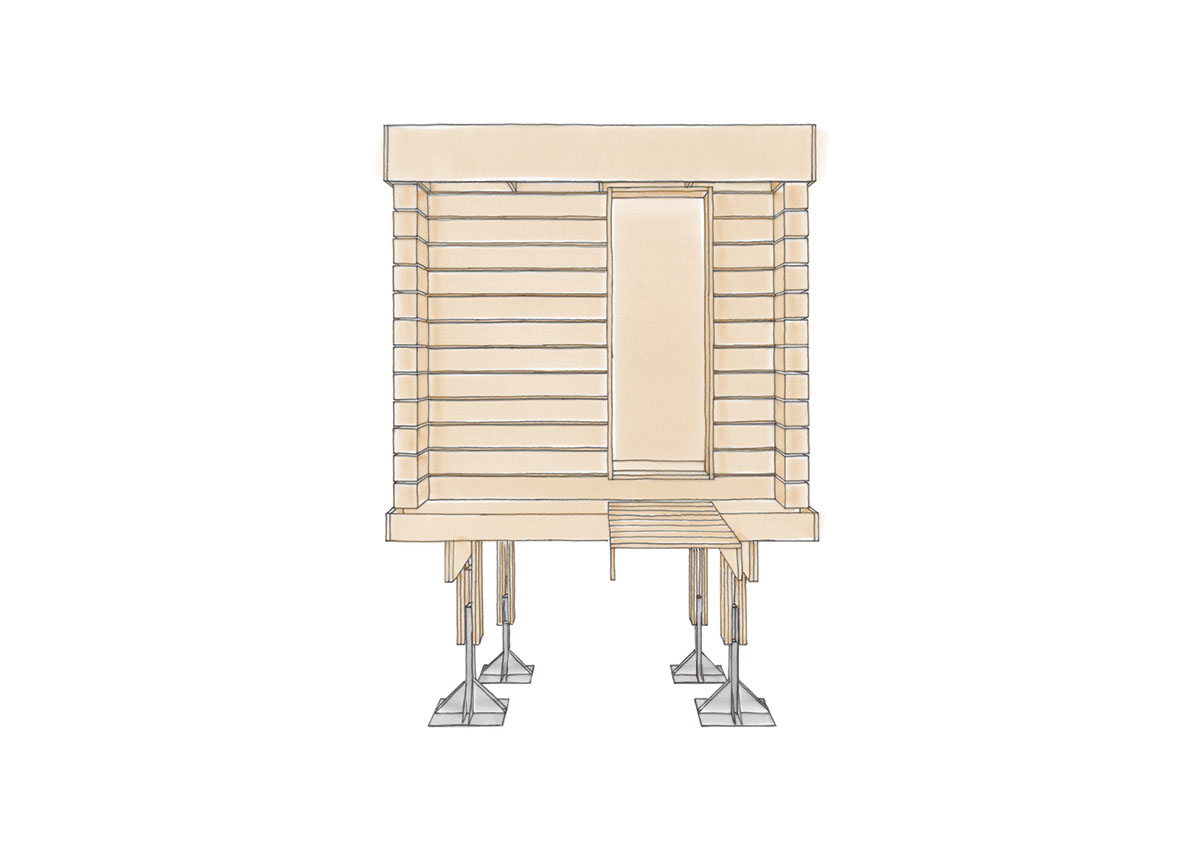 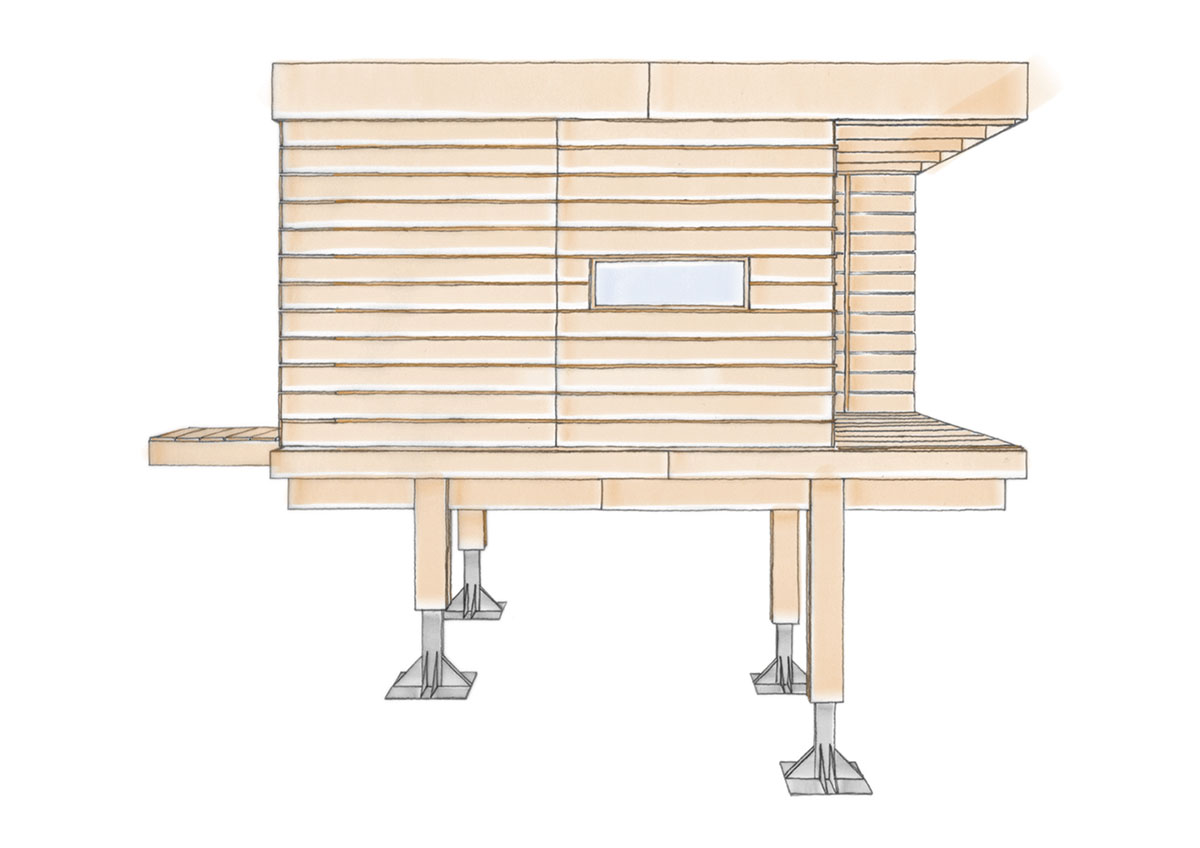 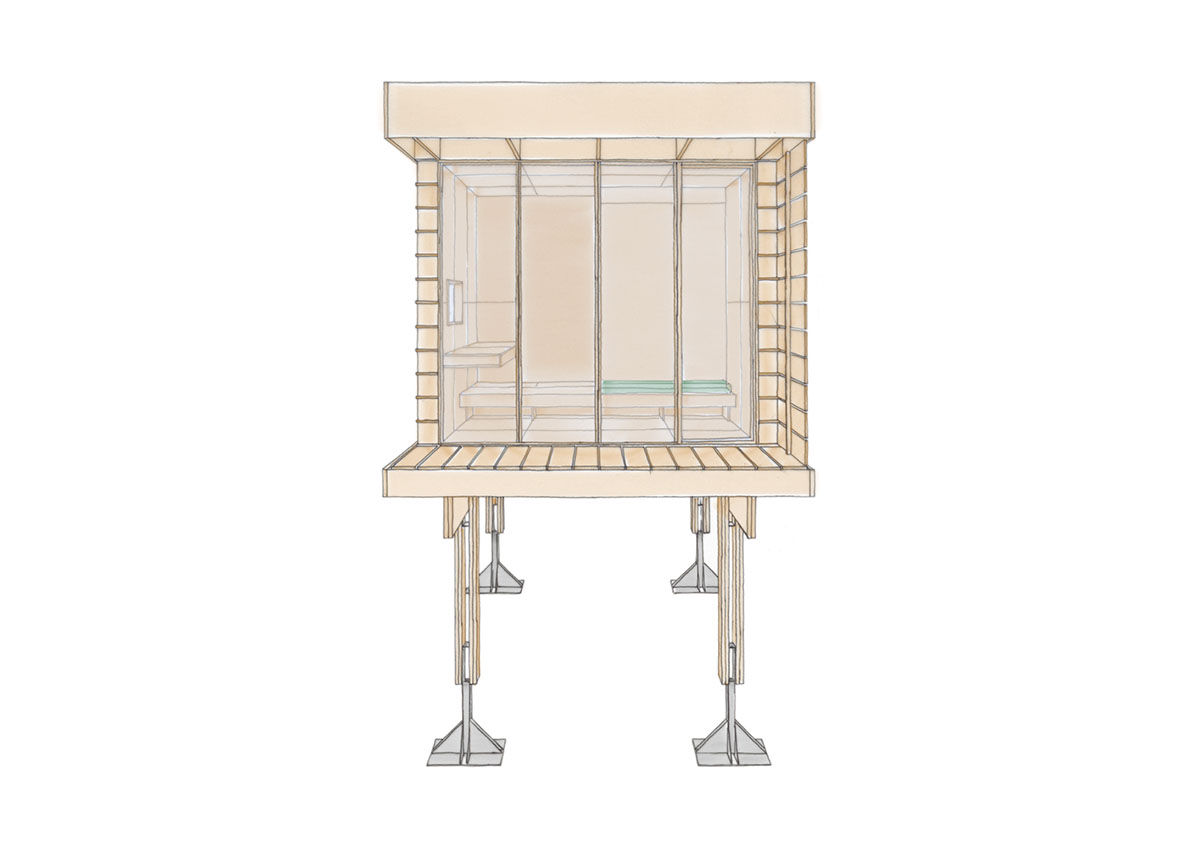 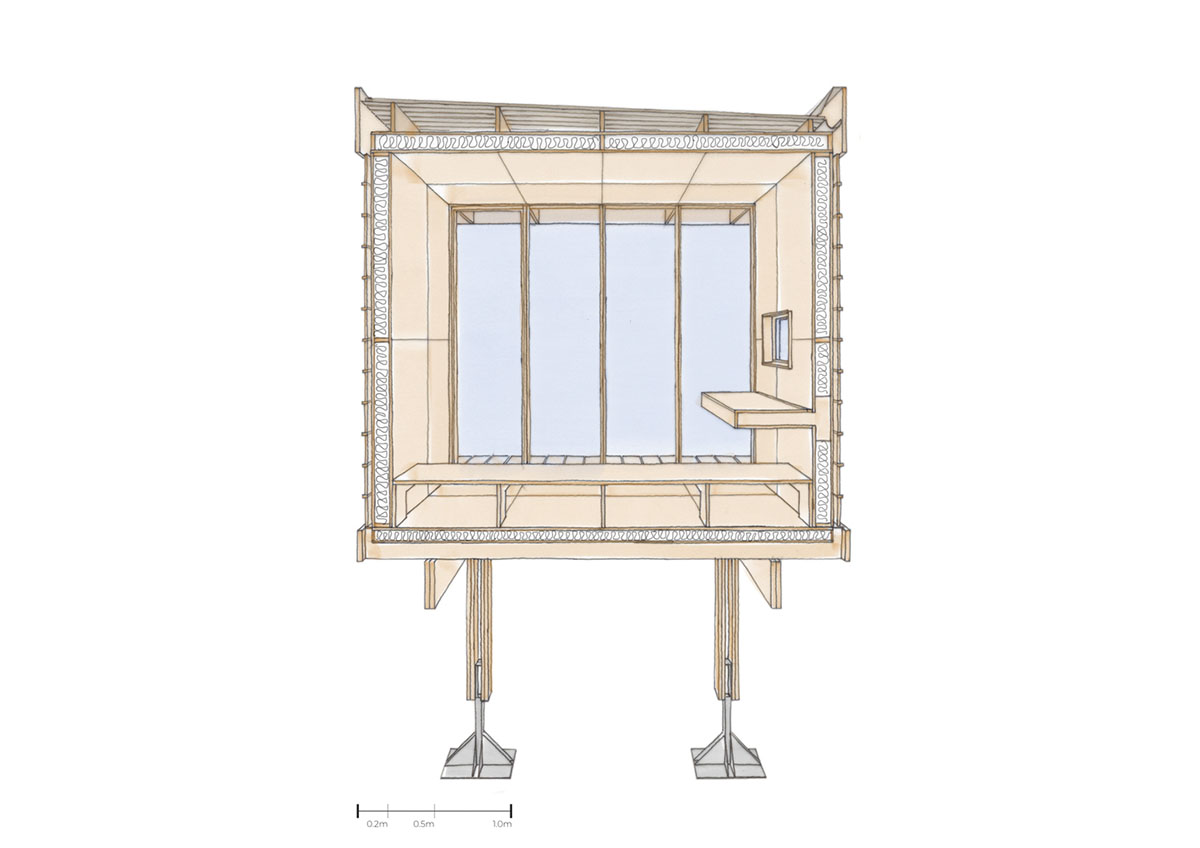