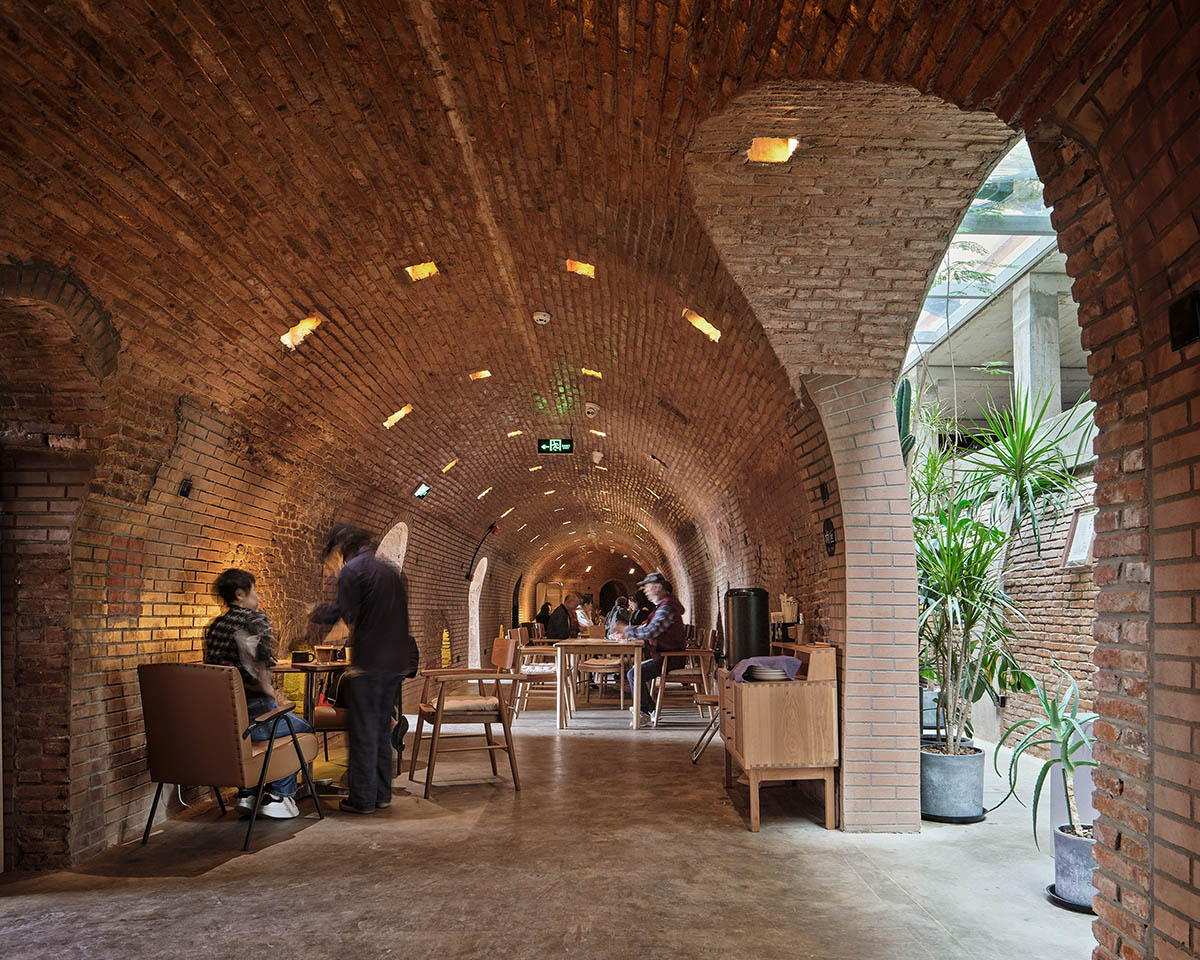 Thick brick walls redefine an industrial part of a red kiln as a new public space and a multi-purpose hall in Pudong, China.

Named Pudong Red Kiln, the project, designed by HCCH Studio, consists of the transformation of the Pudong Hoffman Brick Kiln, which is also referred to as "Pudong Red Kiln" located in Laogang Town, Nanhui, Pudong. 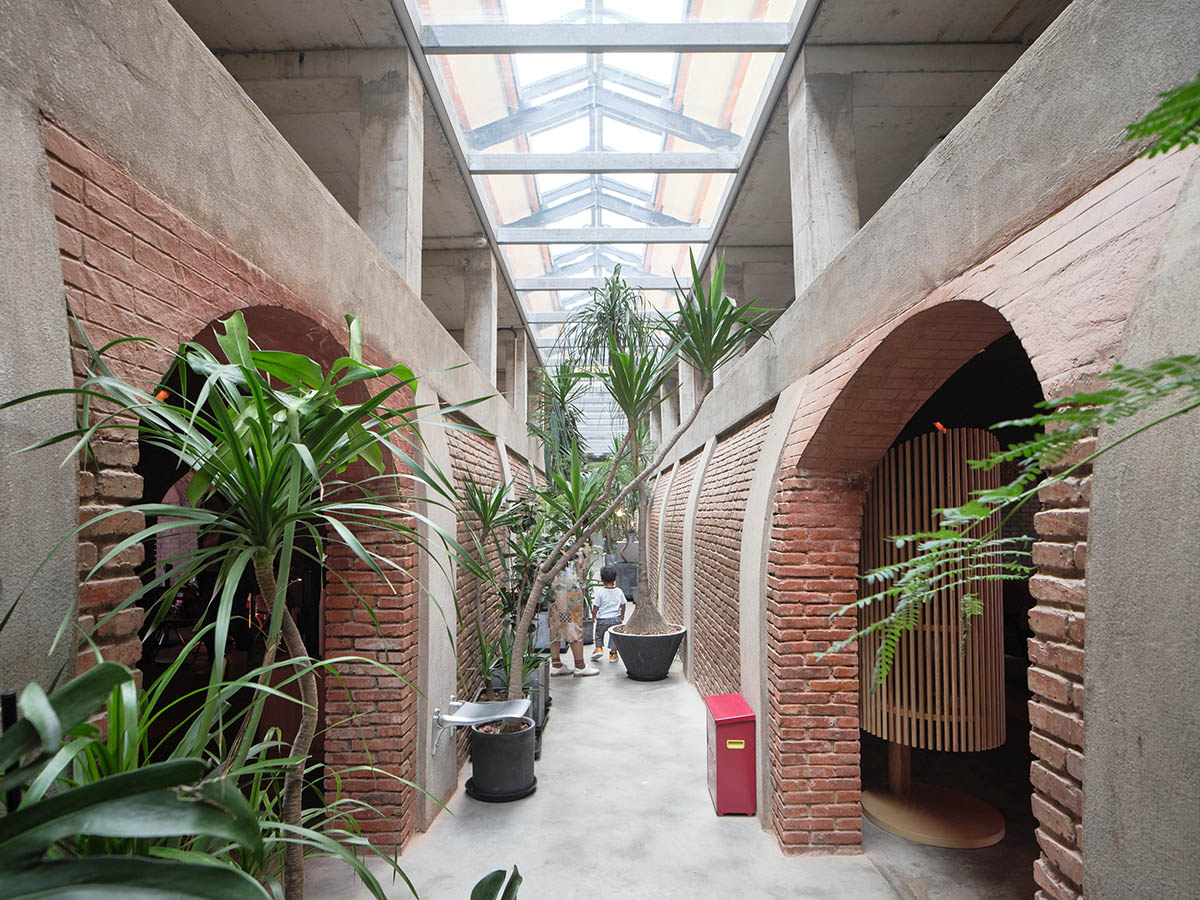 The building is a typical Hoffman Kiln, which was converted into a public space that serves its local community.

Thick brick walls, pathways, tunnels, passages are the typical elements that represent the historic presence of the red kiln. Patented by German Friedrich Hoffmann in 1858, the design of the kiln consists of as a ring passageway enveloped by small rooms. The kiln was widely used over the world because of its efficient use of heat and fuel, as the architects explained.

"It began to appear on the landscape of Shanghai in the early 20th century," HCCH Studio added. 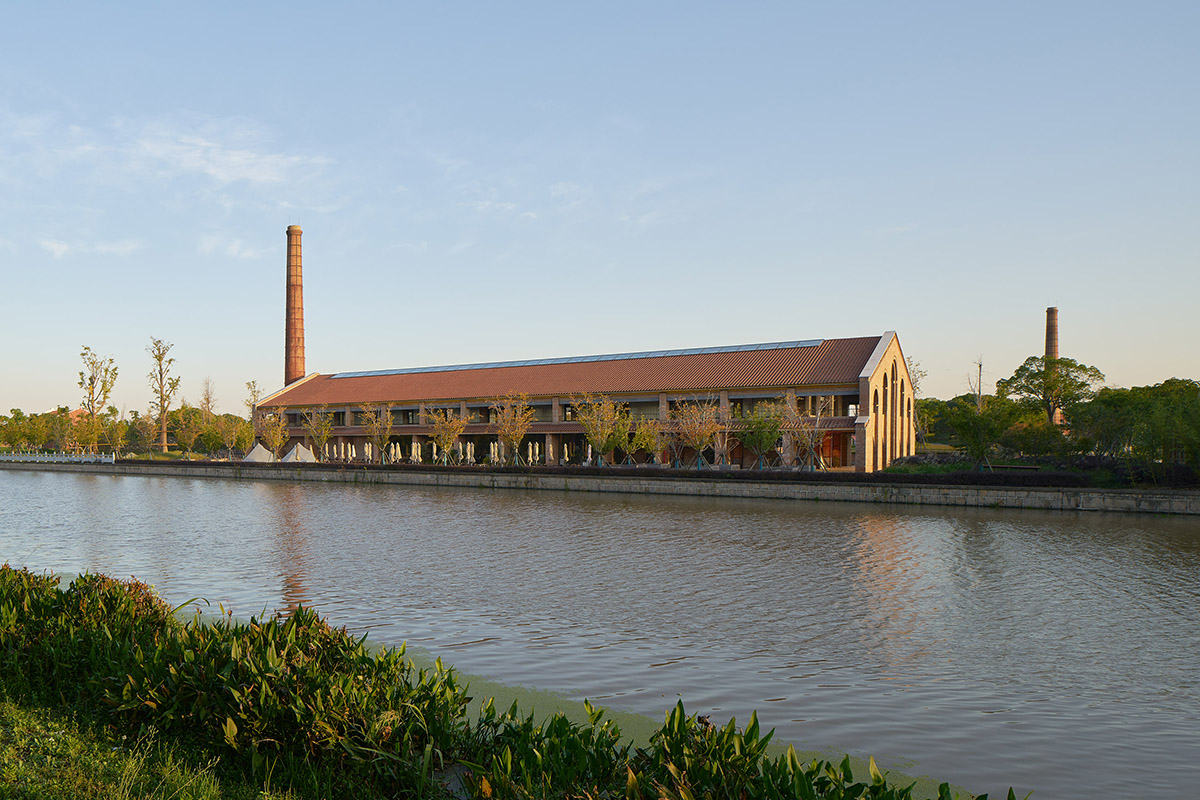 The red kiln on the project site had already lost its original function for a long time and its roof and walls were collapsed and damaged, buried by soil and overgrown with weeds.

The project site is located on the edge of an underused golf course bounded by a canal that flows from the center of the town to the East China Sea.

"As the site will be transformed into a suburban leisure park in the future, the red kiln will also be transformed from the ruins of production into a public place," the studio added. 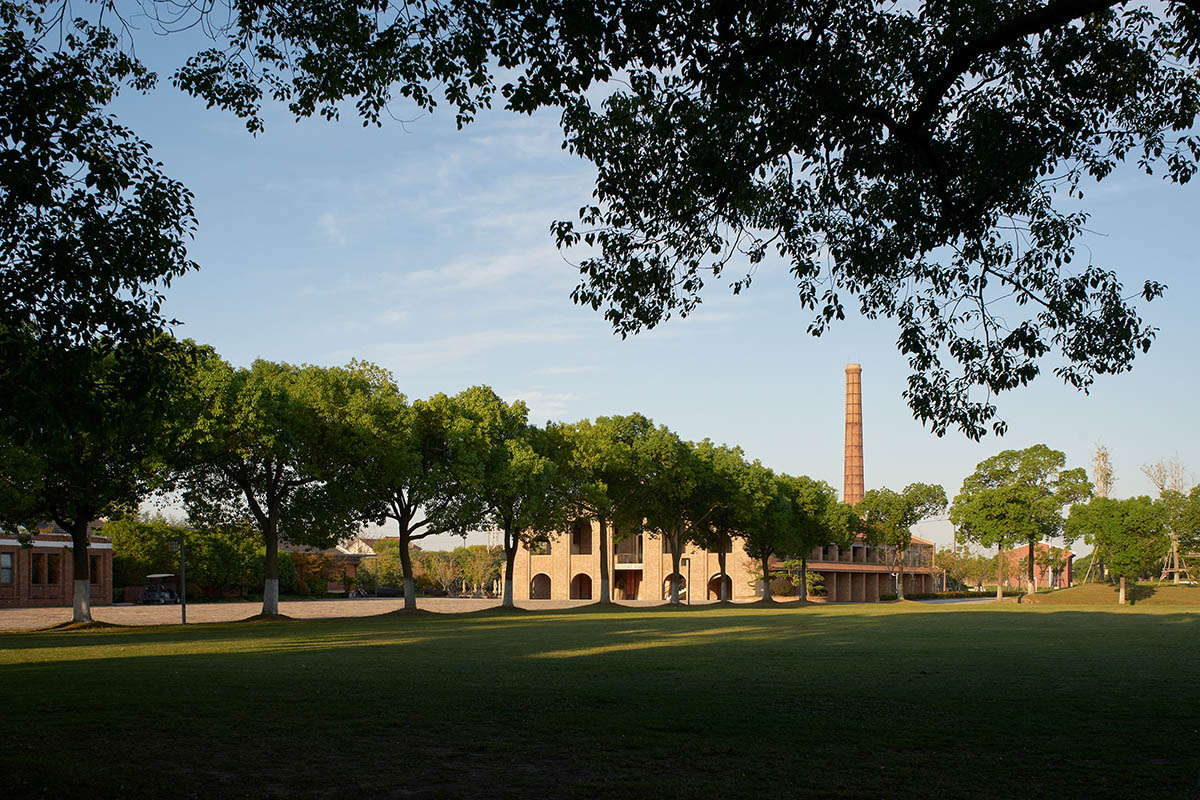 According to the studio, Hoffmann kilns were so common in the last century, but a few of them have been preserved. As the studio emphasized, it was also difficult to use the original space while retaining its original atmosphere.

The renovation of the existing kiln not only attempted to maintain its original plan layout, materials, and scale, but also amplified the usability and spatial charm of the place. The design team has informally strengthened the damaged old brick arches with steel structures in order to maintain the typology of space. 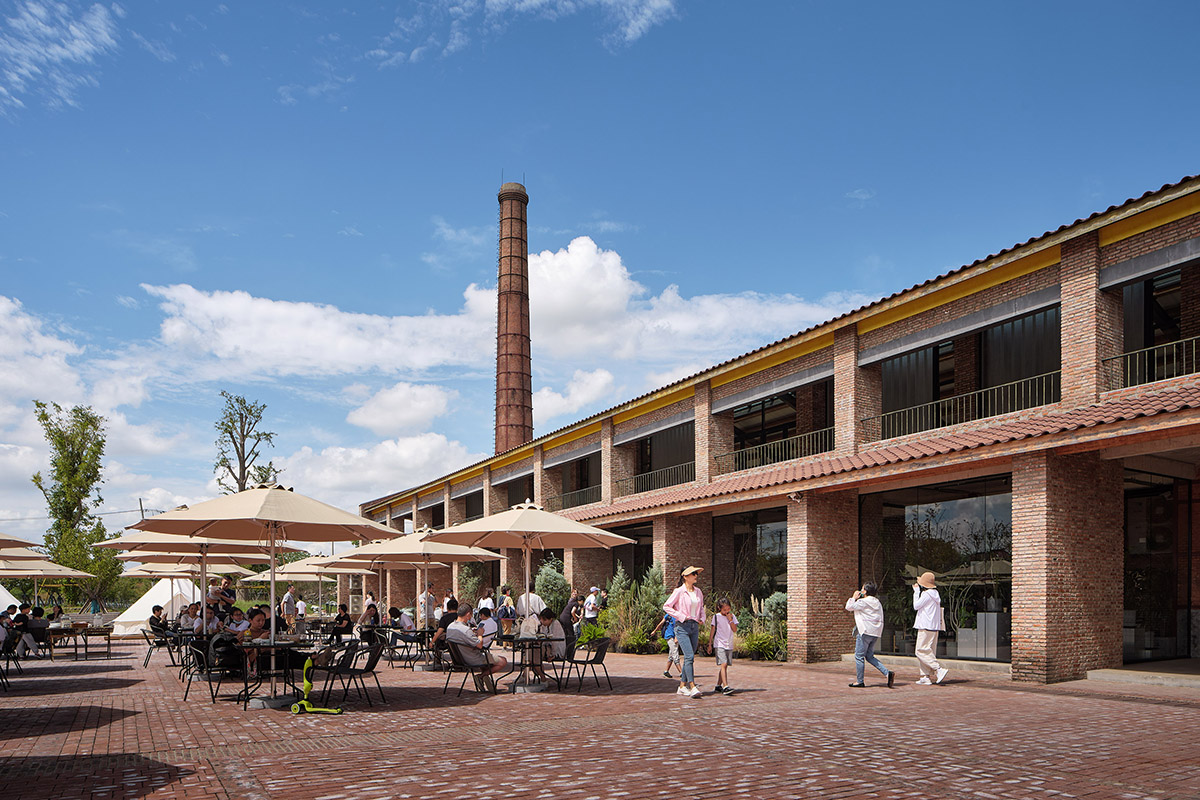 "Inside the brick kiln, the circular tunnel, passage, and openings all repeat the motif of arch," said the studio.

"Walking through it is like being in the industrial universe of brick-burning era of 19th century."

"During the design process we found that the closed flue in the middle can be opened into the outer ring. The connections between the two was originally used for smoke exhaust. They are transformed into door openings," the design team added. 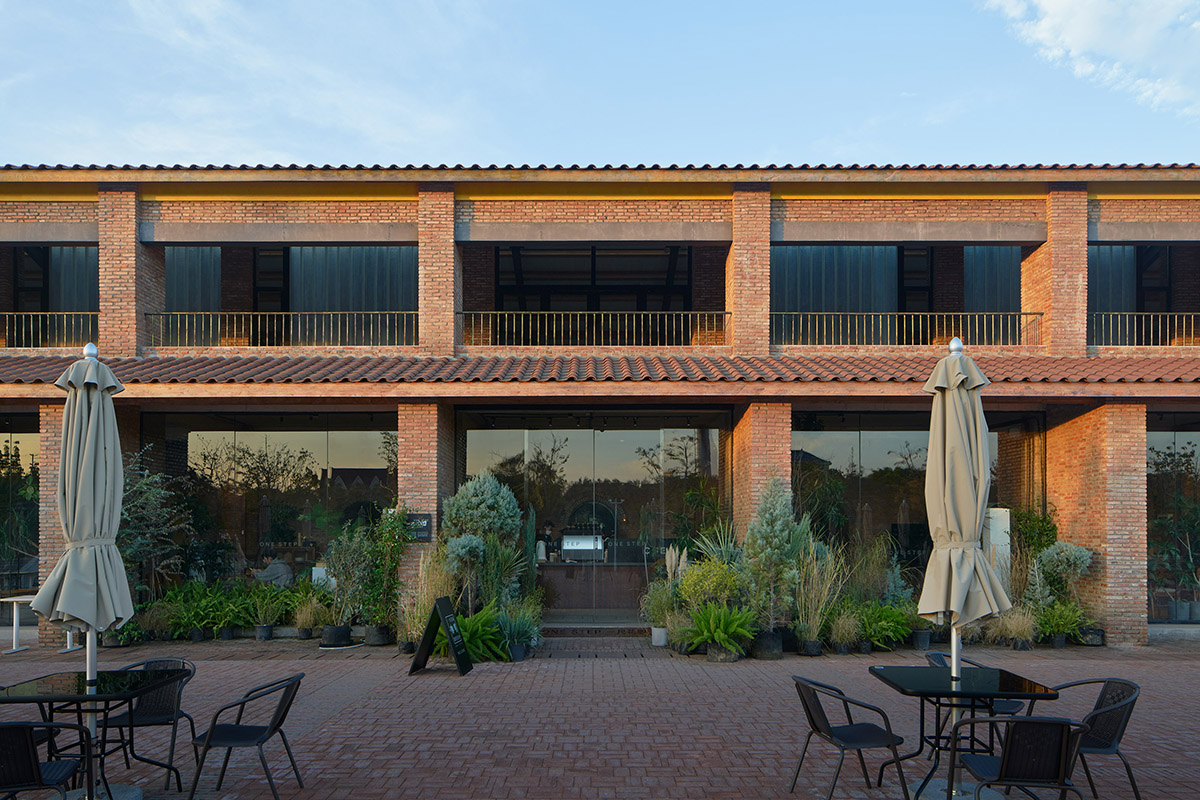 The architects have added shortcuts and multipaths to the original circular circulation. The flue in the middle is narrow and enclosed, without natural light.

The studio has replaced the concrete floor above into glass, and added roof skylights to form a light well, which illuminates both the flue and the ring passageway. Visitors are standing beneath the skylight and can look up at the towering chimney, which is the symbol of the entire site. 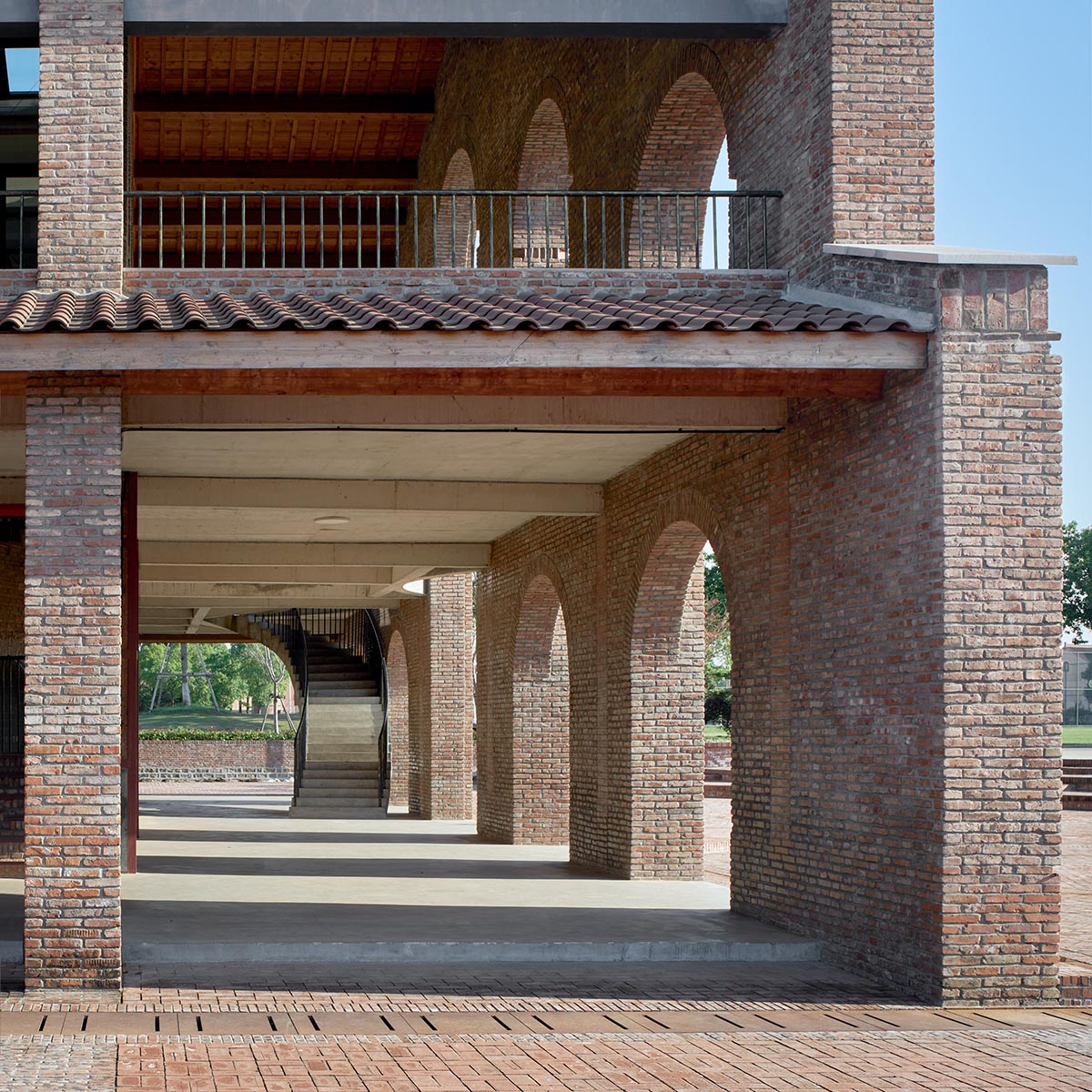 "Daylight floods into the dark ring through the arches, just like porch around patio or atrium. The arches on the other side of the ring are the climatic boundaries, creating private pockets looking to the landscape," as the studio explained.

The flue of the brick kiln and its cavity are important parts of air treatment during burning process, according to the architects. So, they used the same cavity to accommodate MEP (Mechanical, Electrical and Plumbing), which continues the system logic of brick production. The scattered original vent holes on the ceiling are reserved for lighting and spraying, and the lower exhaust holes are used as air-conditioning outlets.

The second floor is used as a multi-purpose hall. The studio keeps the façade as transparent, with verandas on both first and second floors as evacuation and viewing platforms.

Arches on the east facade resonate the arch motif of interior space, while an old brick stairway on the east is kept and an evacuation stair is added. 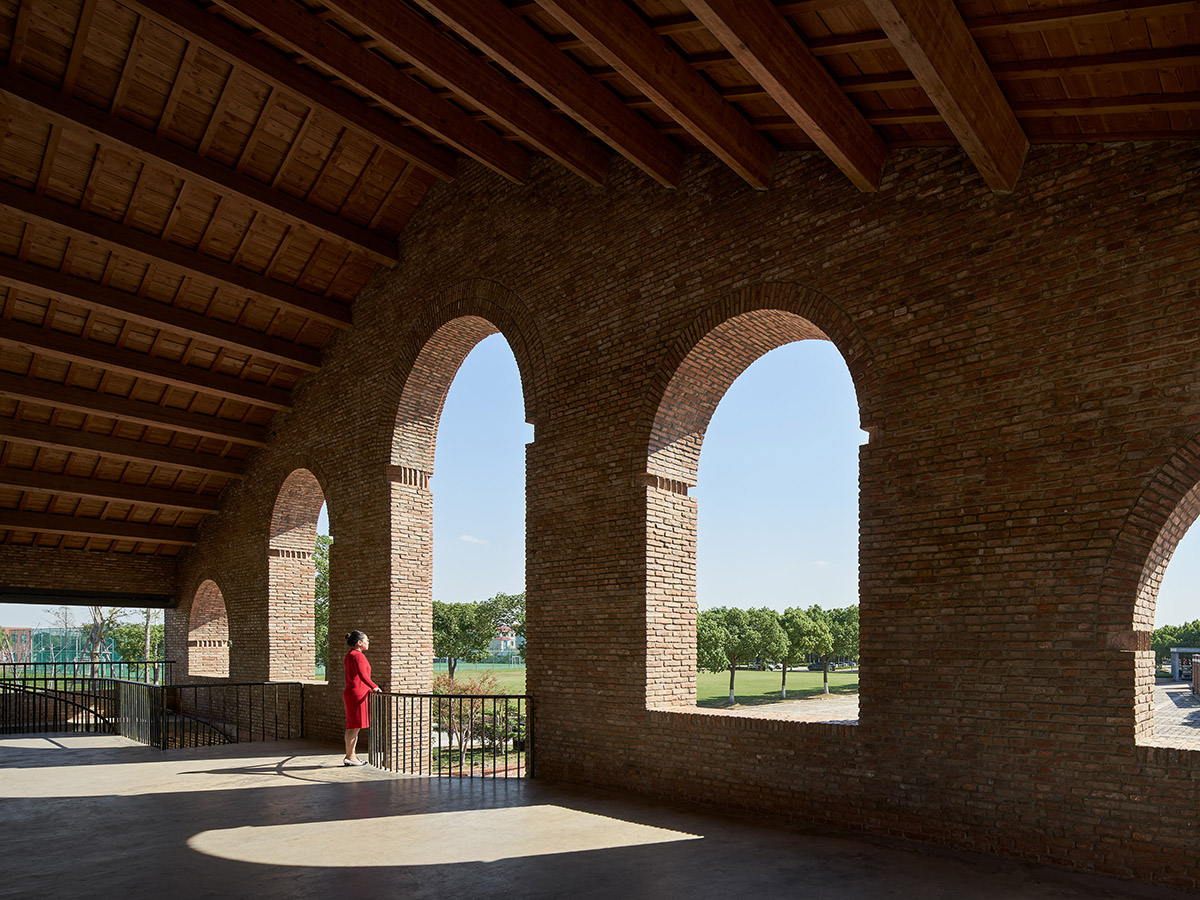 On the west, the original passage close to the chimney is used for evacuation, to preserve the original spatial relationship of the kiln as much as possible.

The studio explained that "Shanghai is one of the cities that opened port earliest in the 19th century. The introduction of the Hoffman kiln exemplified the industrialization of its suburban economy." 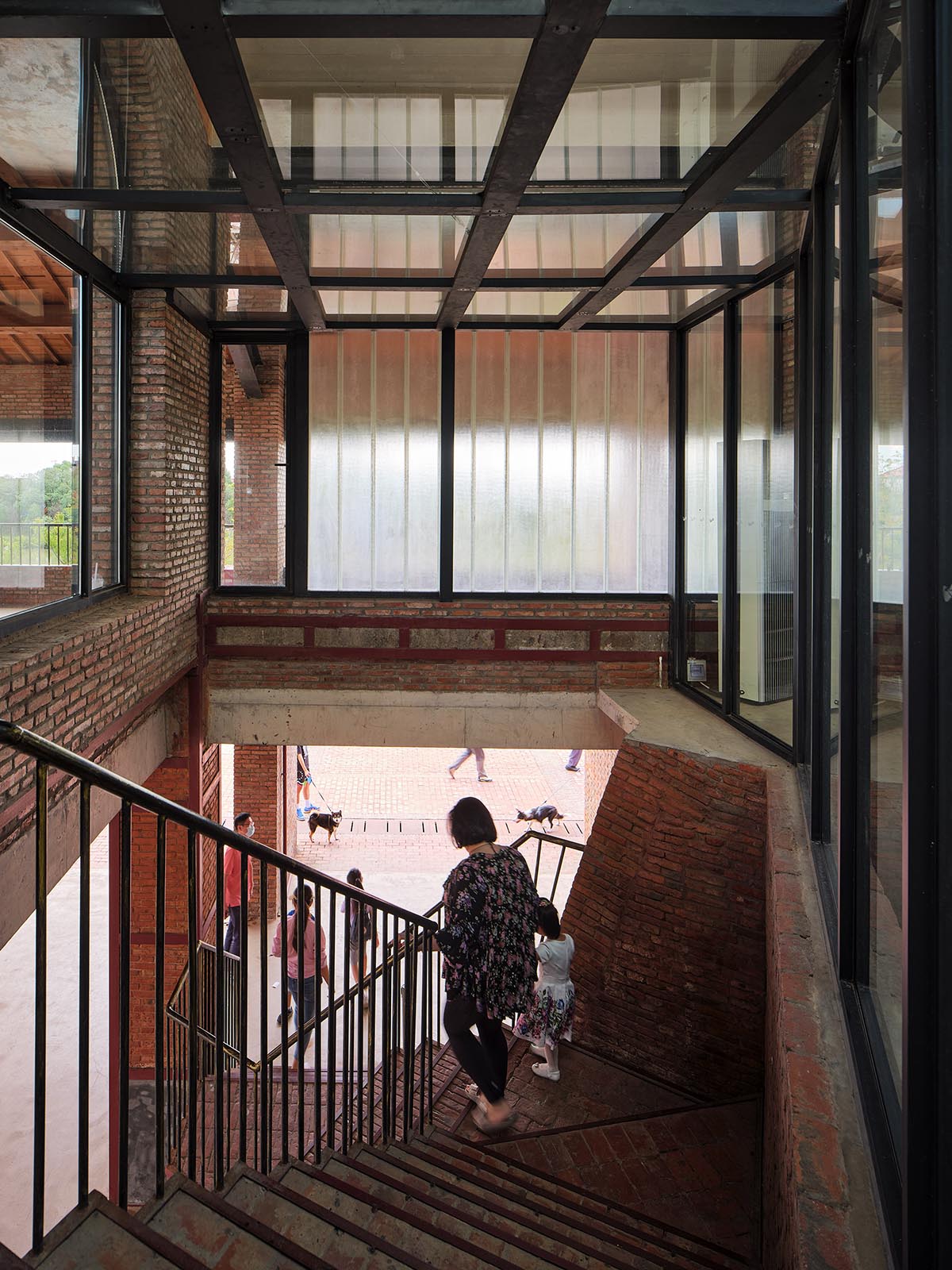 "The renovation of the red kiln does not only use abandoned industrial forms as relics to display, but turning the process space into a framework to underpin the possibility of contemporary lifestyle."

"In addition to the space value, the old kiln starts to generate a greater social value," added the studio. 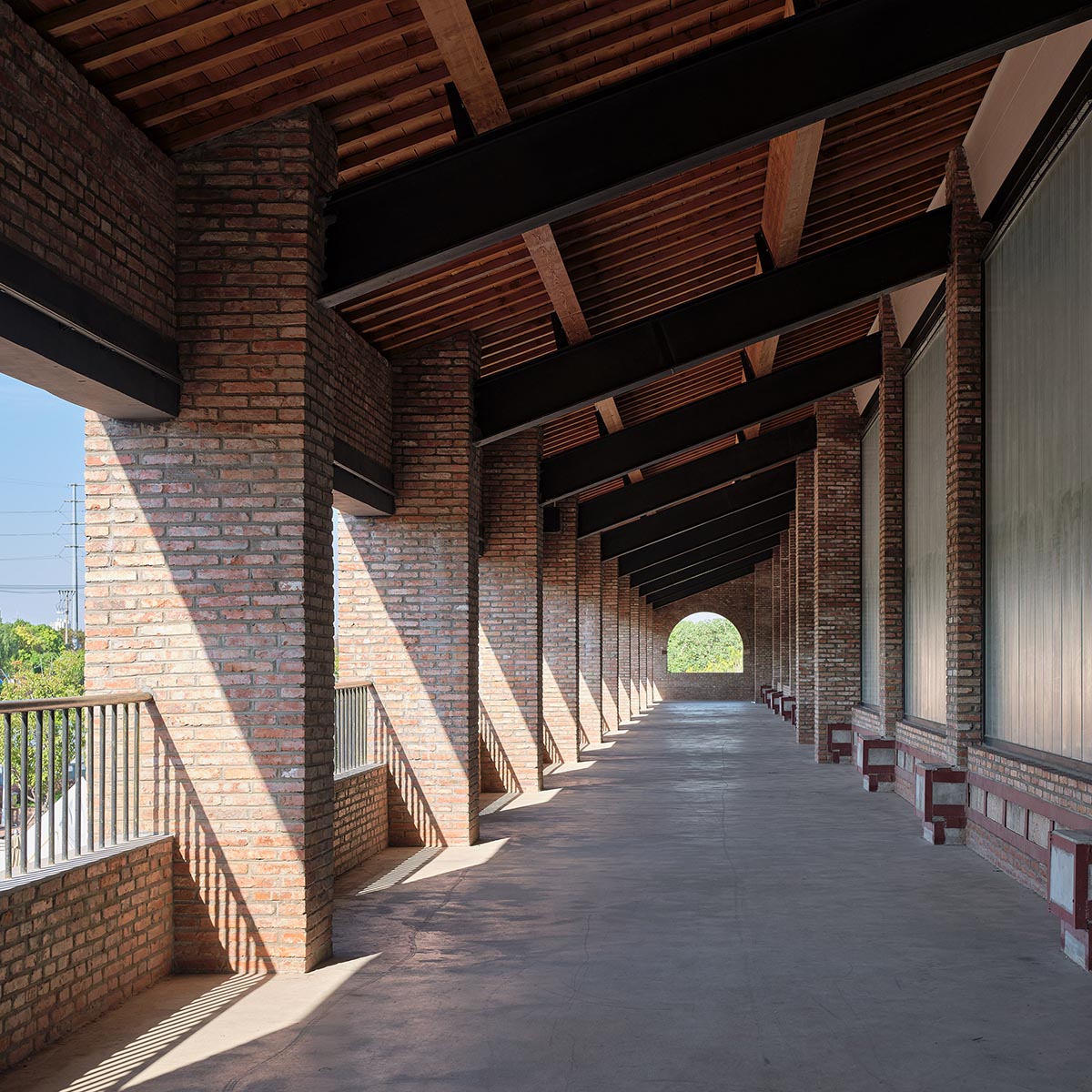 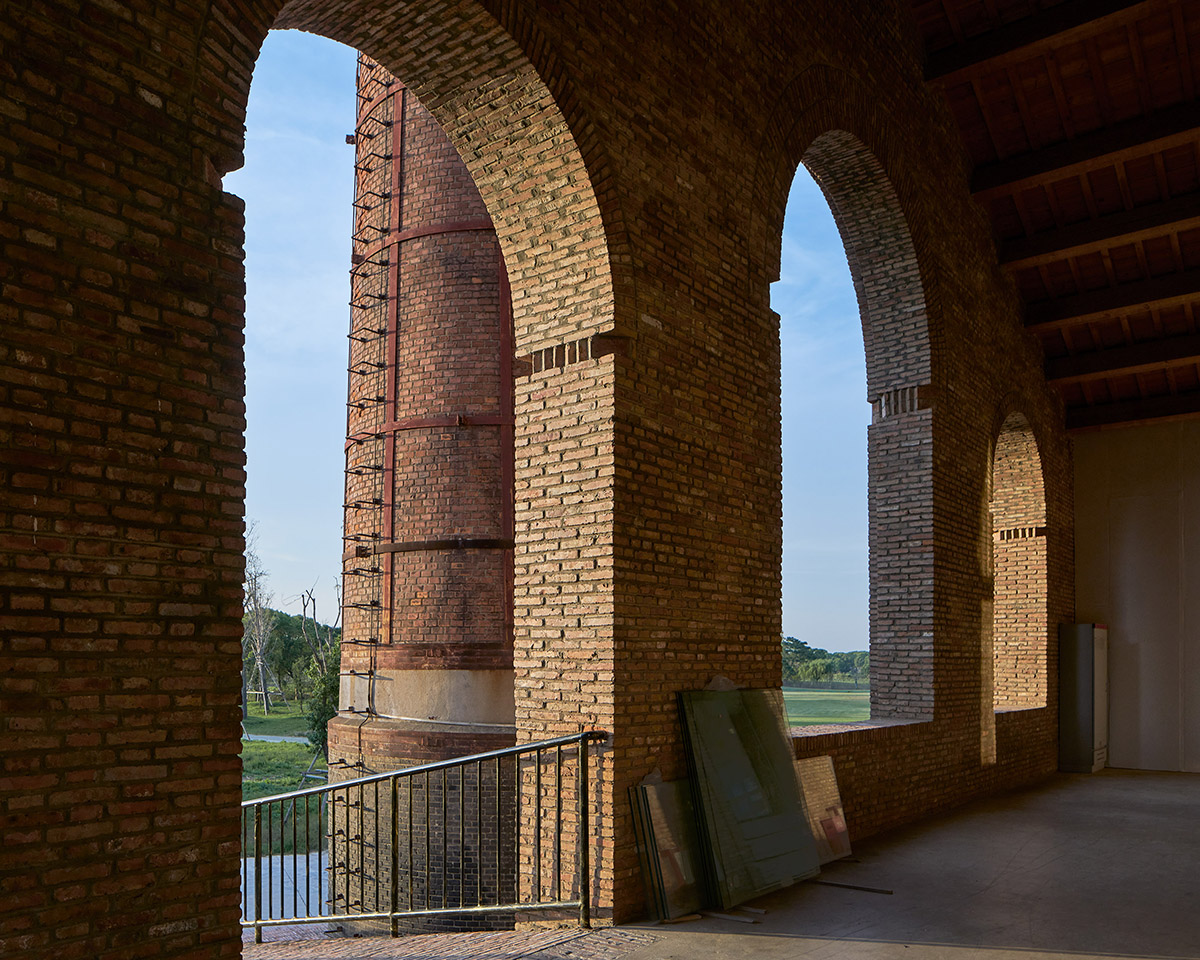 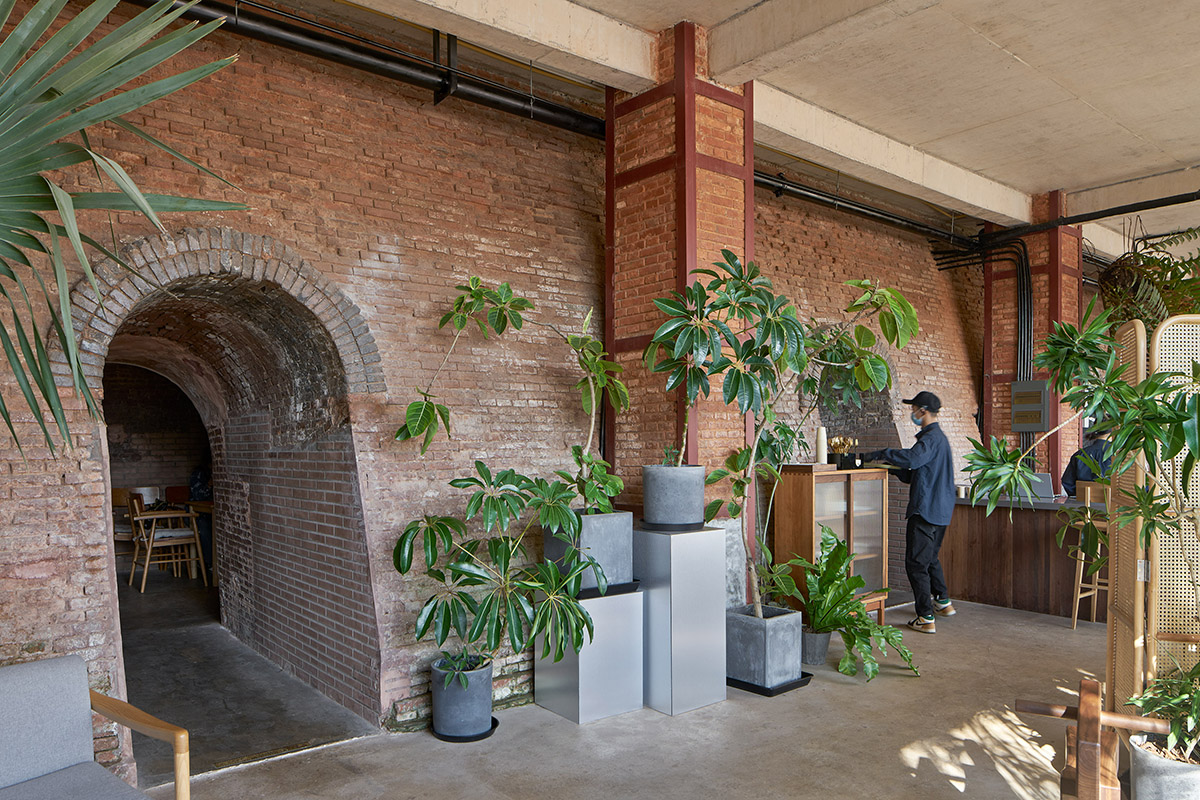 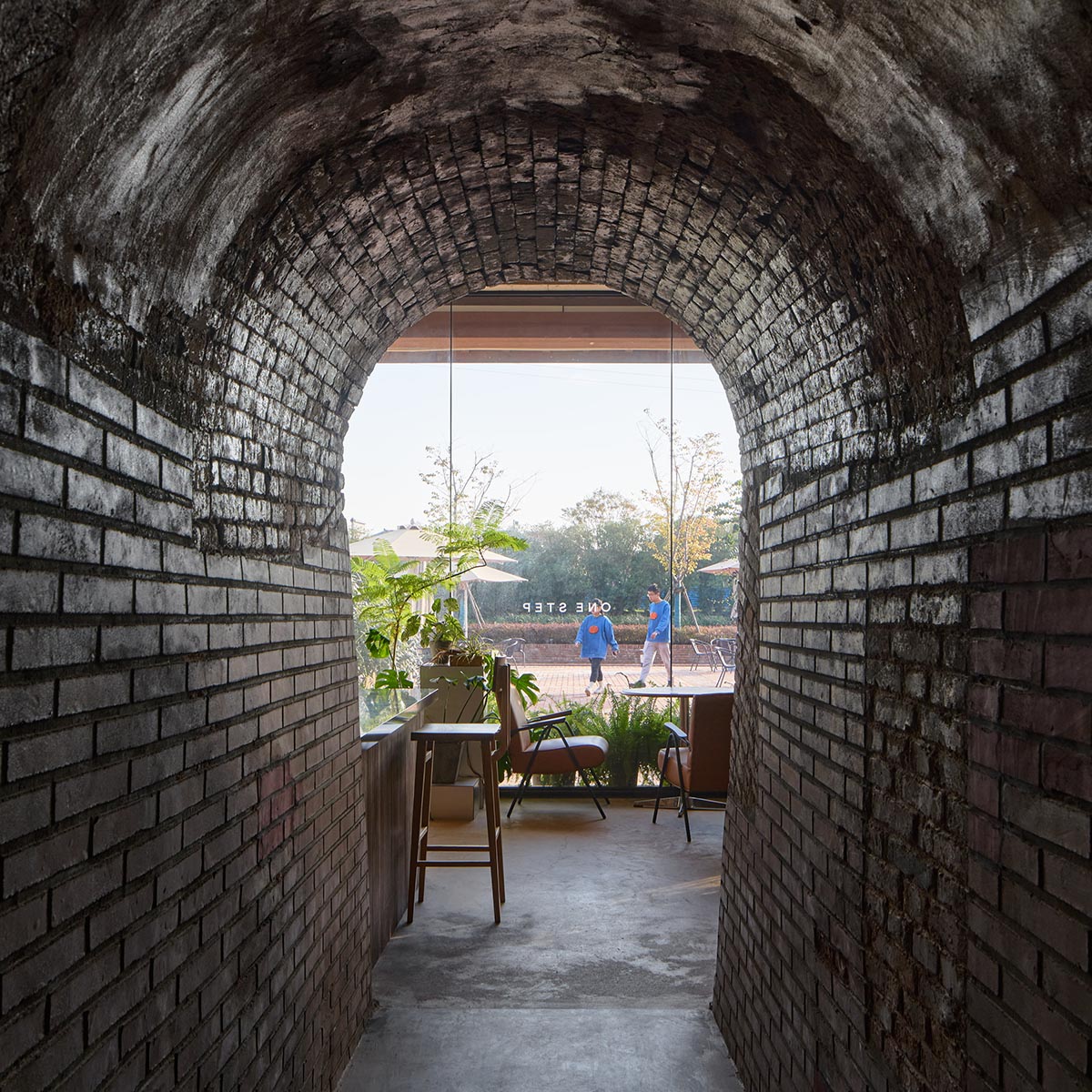 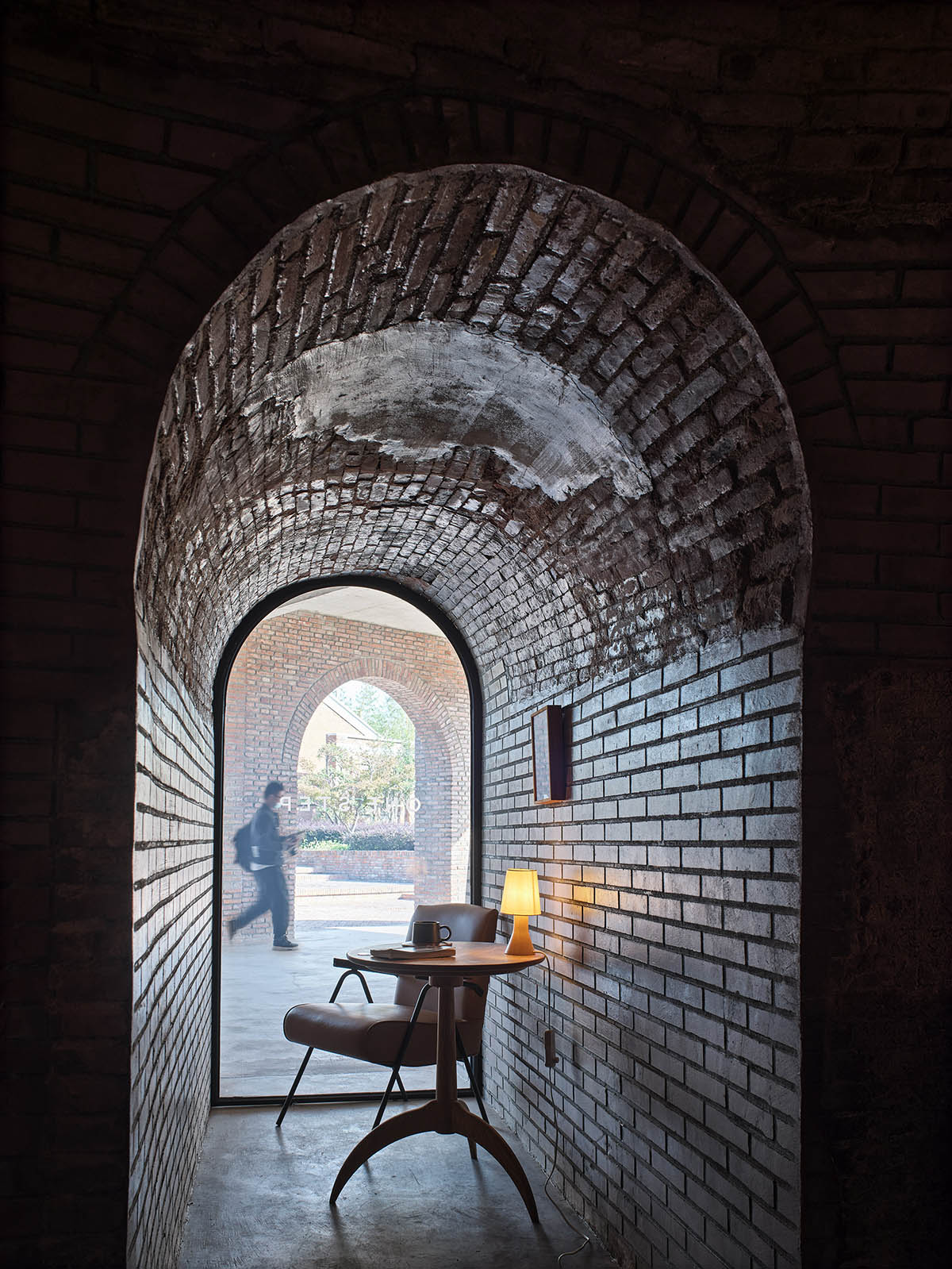 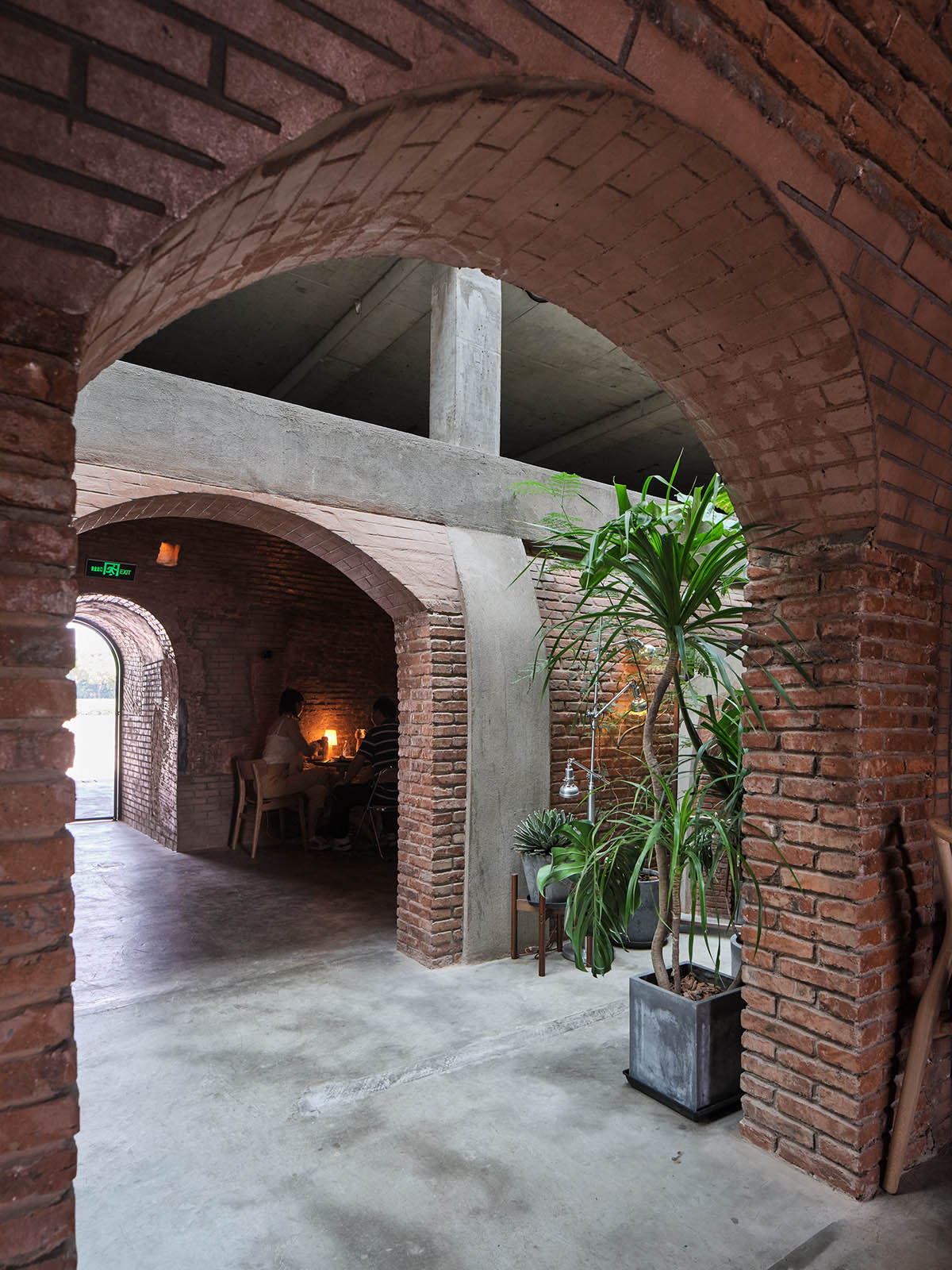 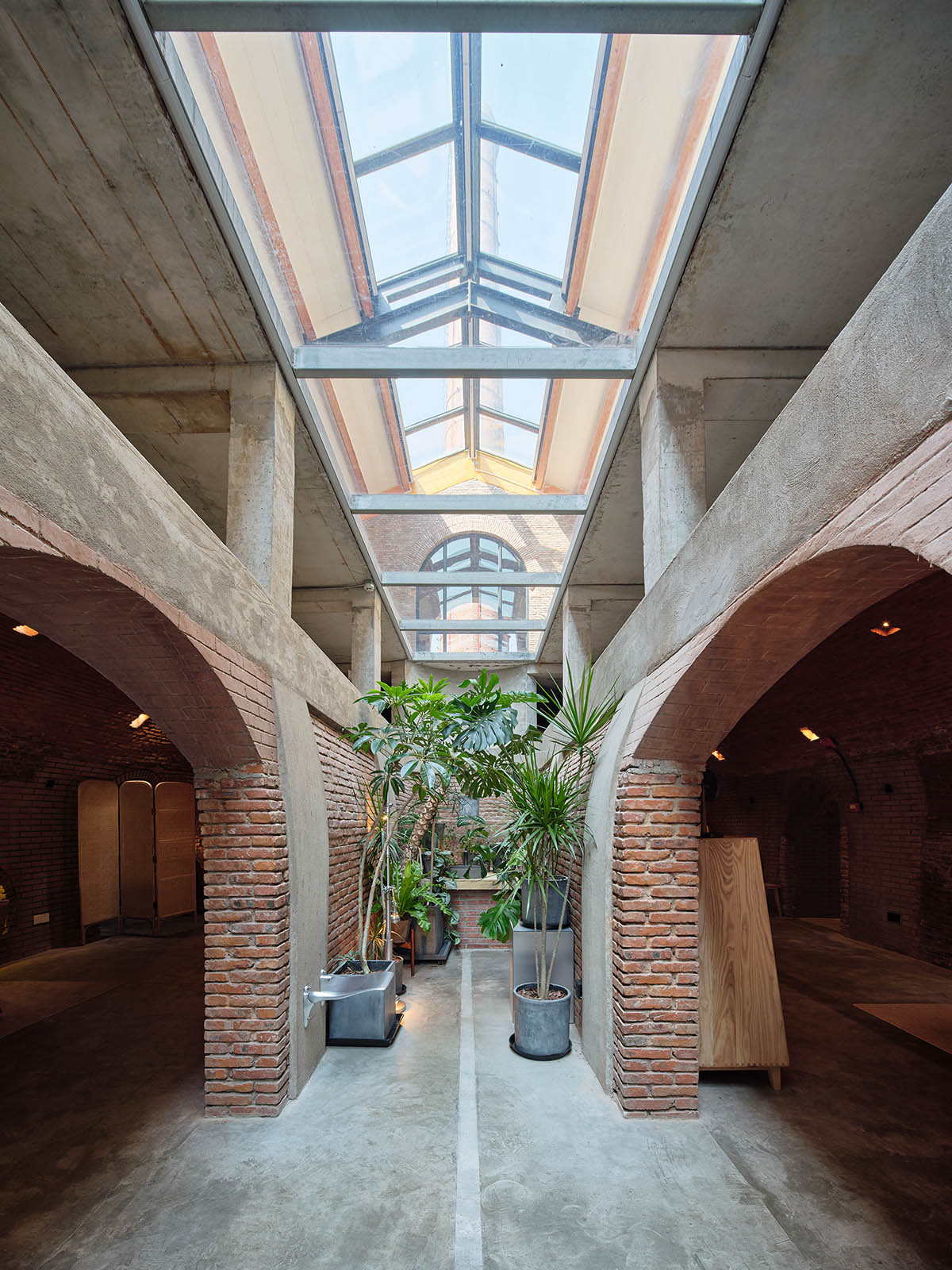 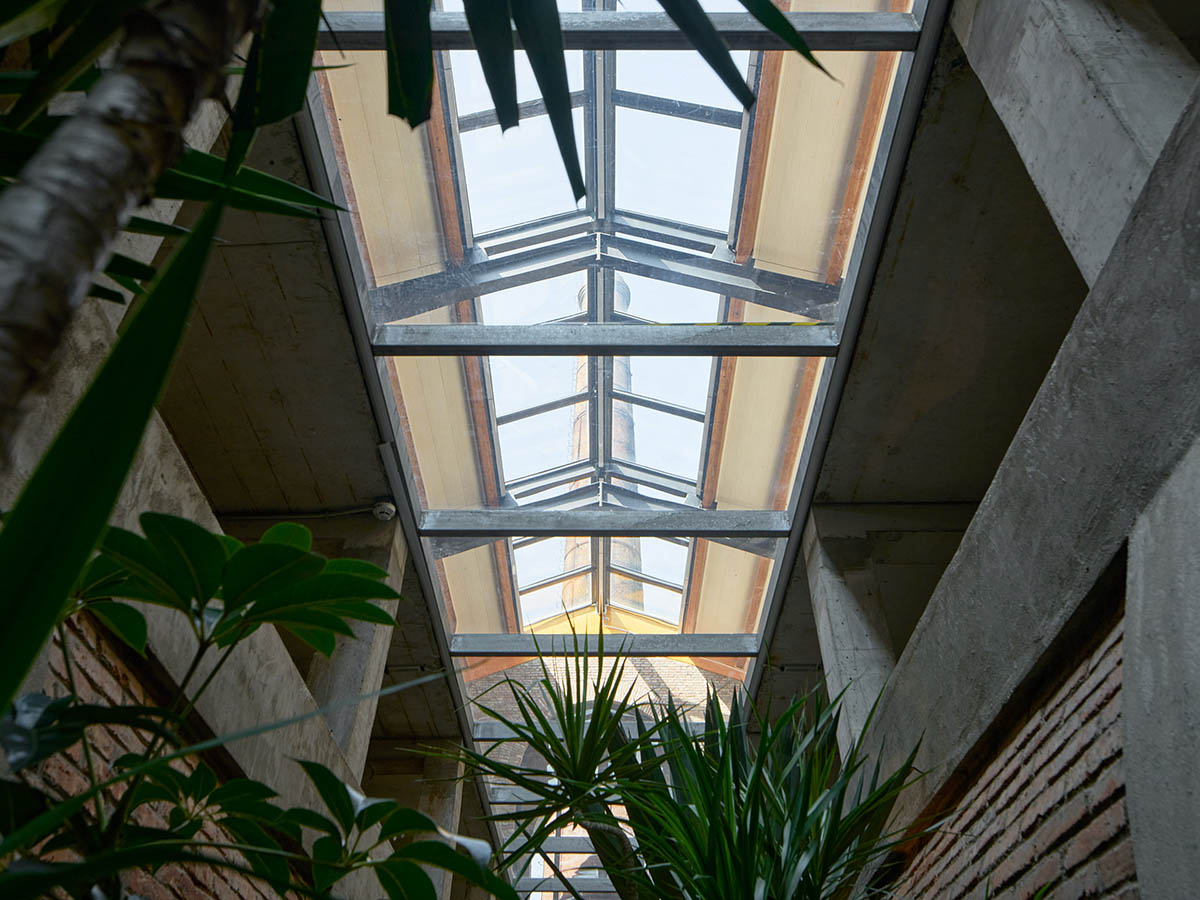 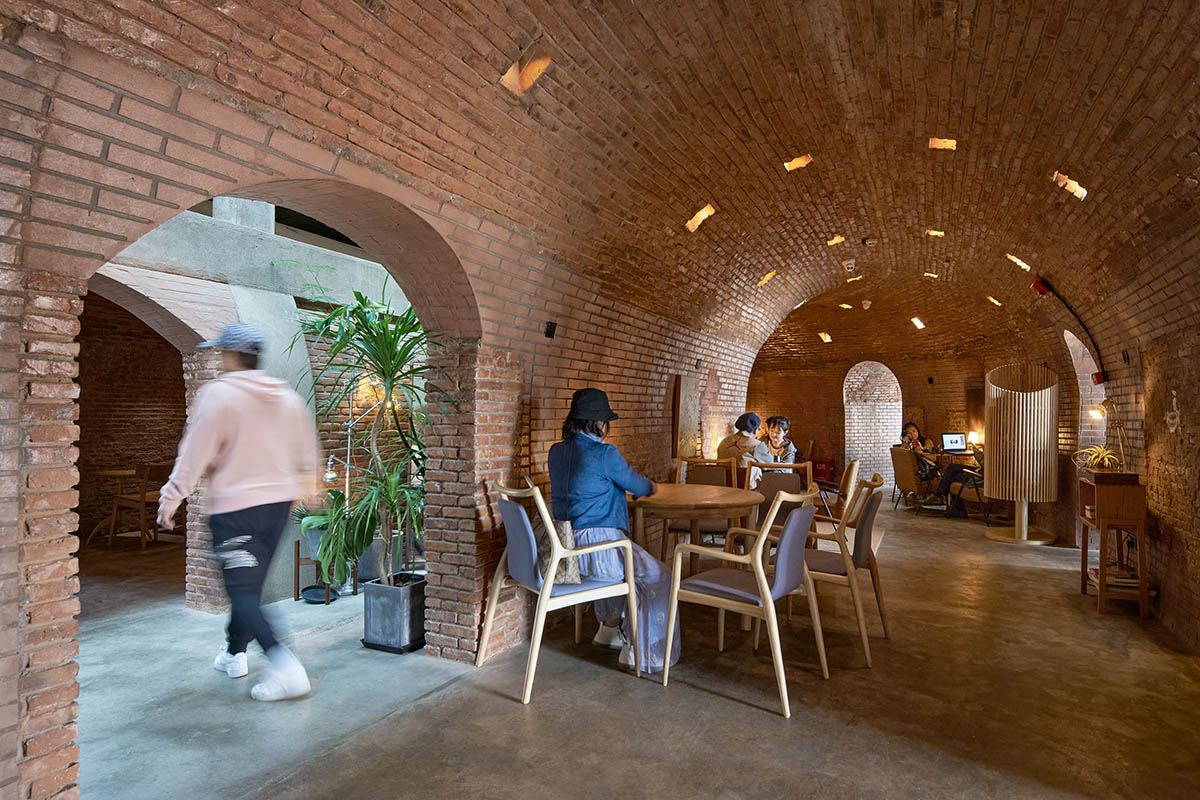 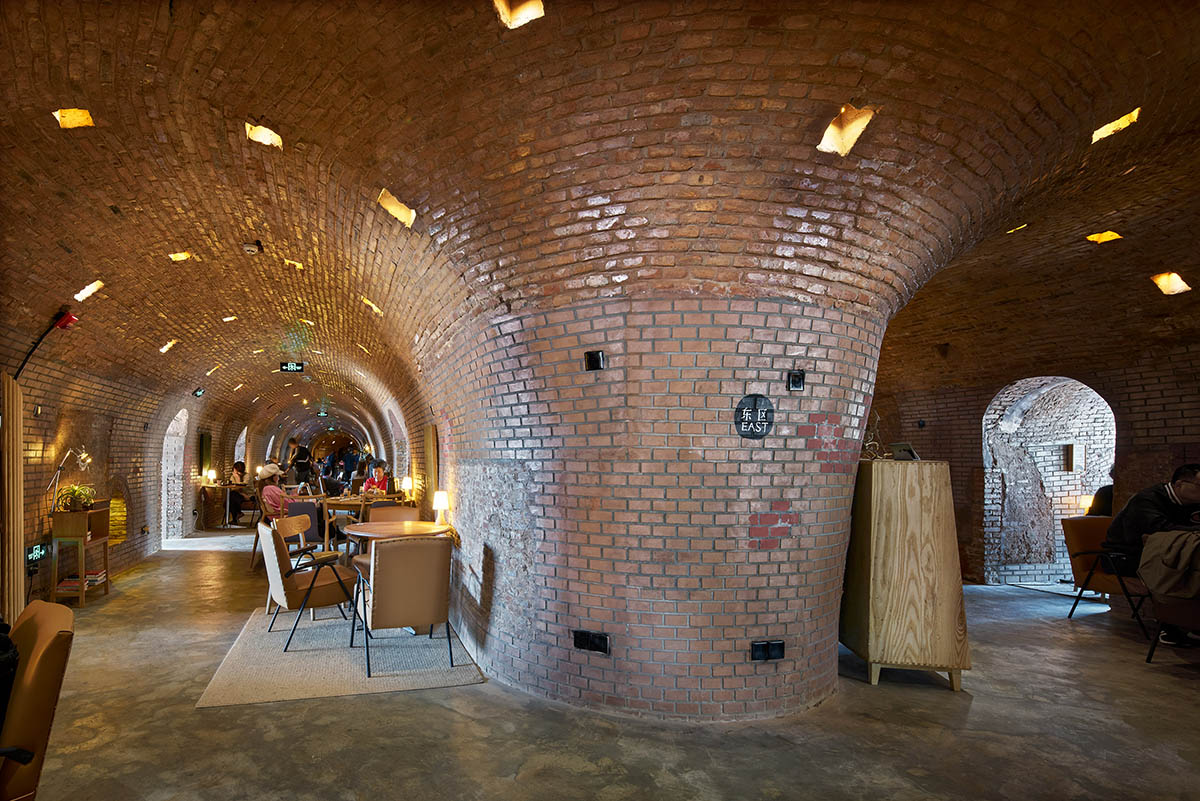 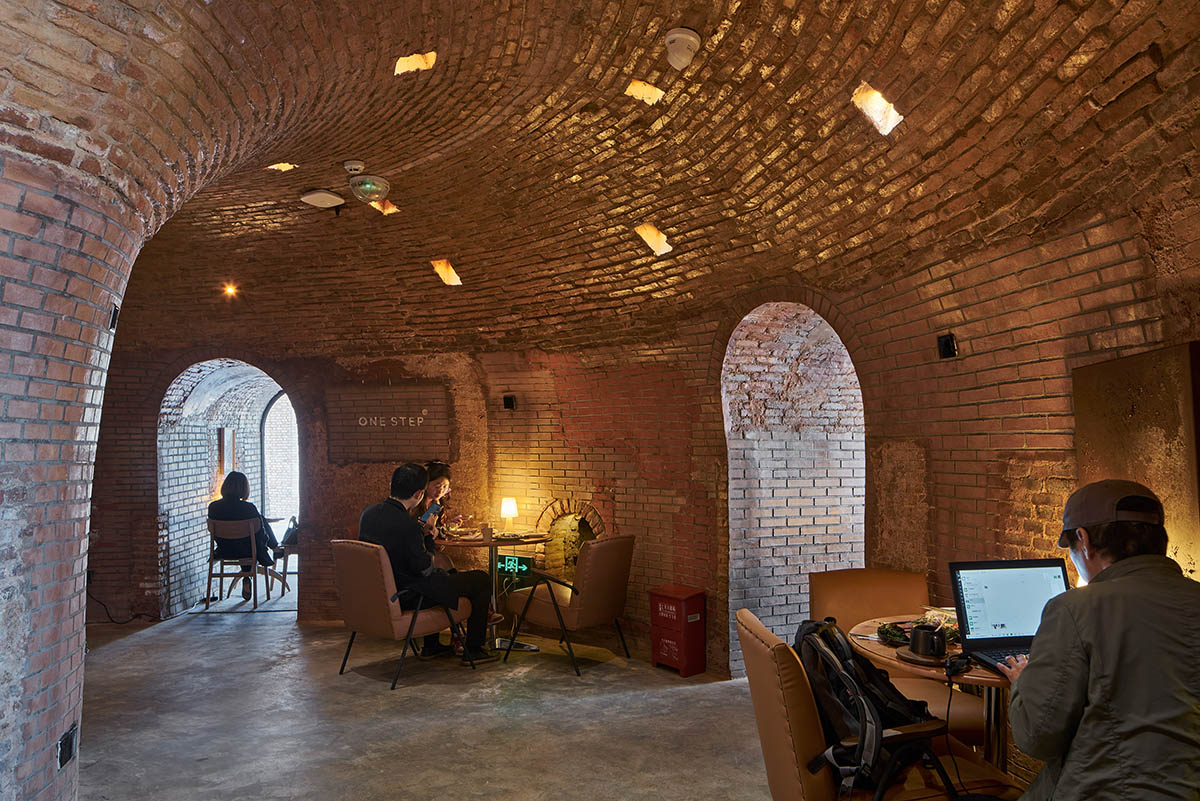 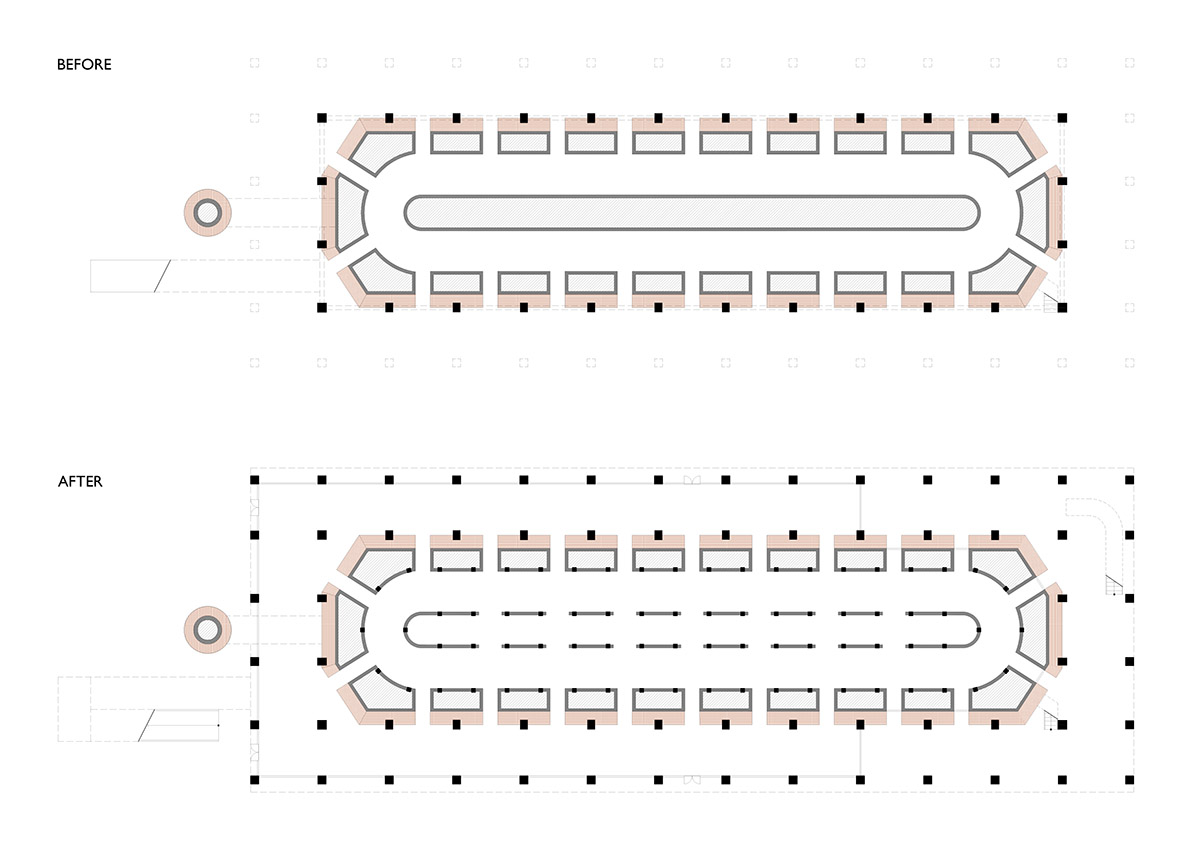 Typical plan of a Hoffmann kiln