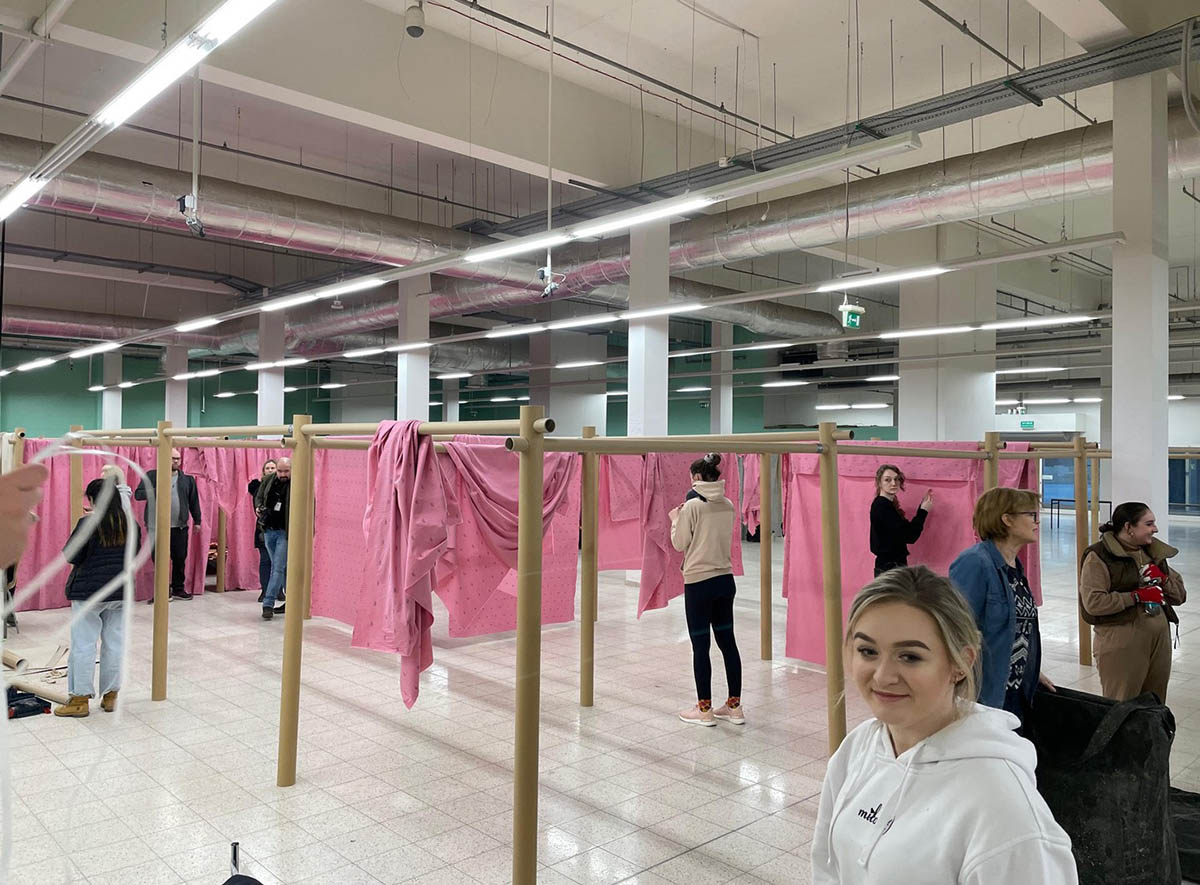 The temporary shelters were built in response to the increasing influx of Ukrainian refugees staying in neighboring countries of Ukraine, like Poland.

The installation of refugee shelters was realized in cooperation with a group, led by a Polish architect, Hubert Trammer, a member of the New European Bauhaus – an initiative of European Commission by President Ursula Gertrud von der Leyen, and Jerzy Łątka, who is a PhD, Engineering student in Architecture from the Faculty of Architecture of Wrocław University of Science and Technology. 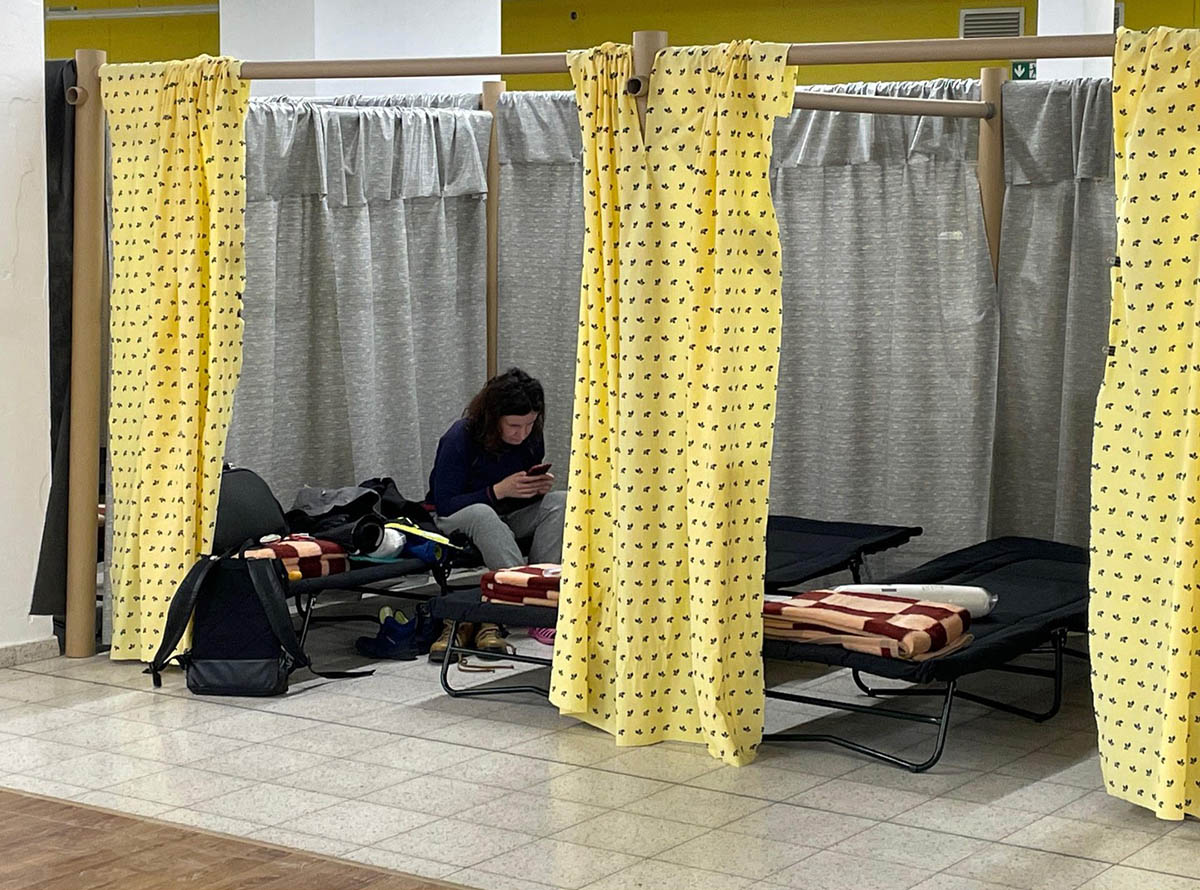 Ban and the team used a Paper Partition System (PPS) made of paper tubes and fabric curtains to provide privacy.

The system is commonly used in Ban's architecture used like in his other projects, including an installation for flooding victims in Japan in 2018. 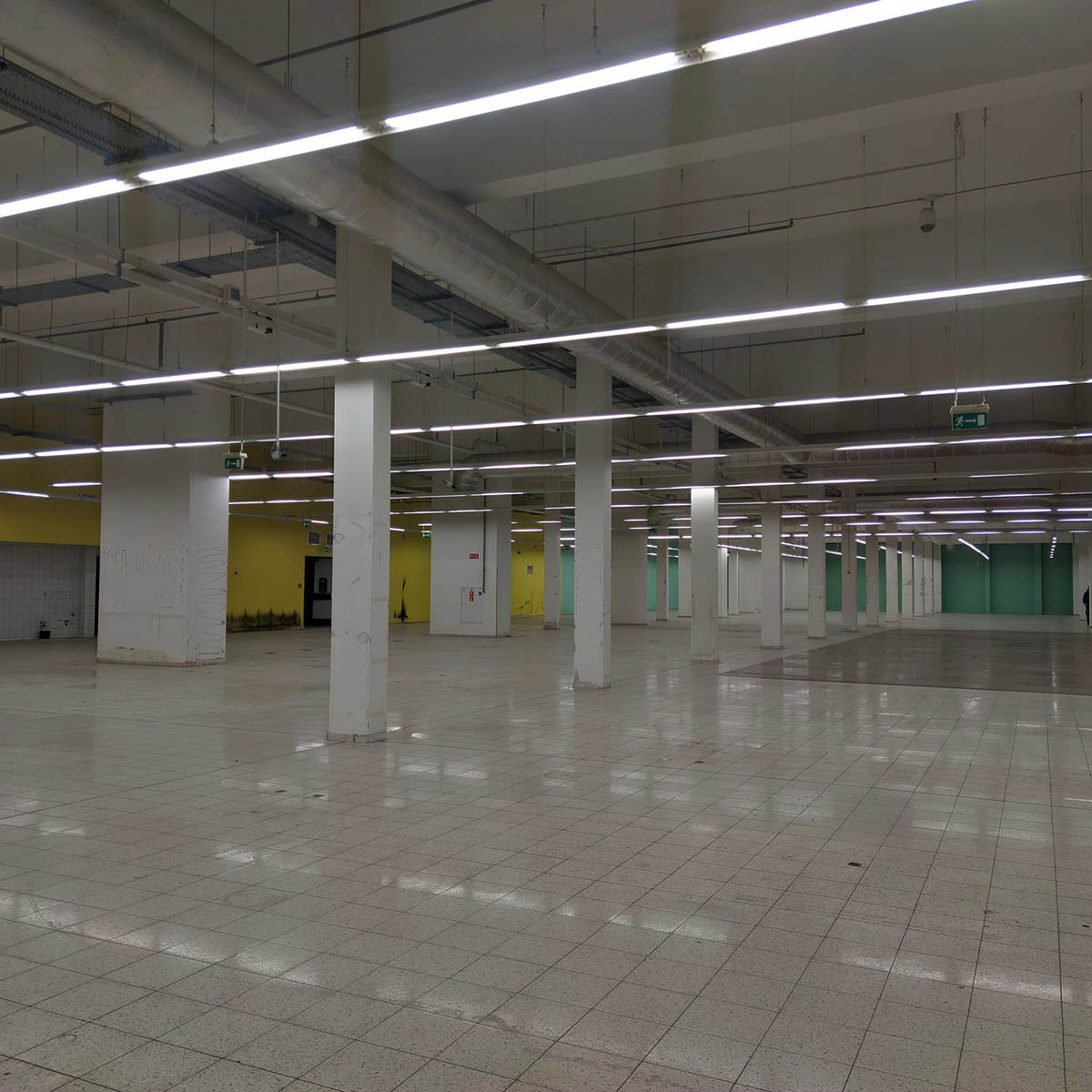 "They are called evacuees, but they are ordinary people like us" Shigeru Ban told The Asahi Shimbun newspaper.

"They are with their family members, just like survivors of natural disasters are after emergencies."

"But the big difference is that Ukrainian evacuees are not with their husbands or fathers. Ukrainian men are basically banned from leaving the country. It’s sad," Ban added.

Ban's installations were installed in two sites - inside the former hypermarket in Chełm and in the interiors of the Art Exhibitions Bureau (BWA) at Wrocław Główny train station. 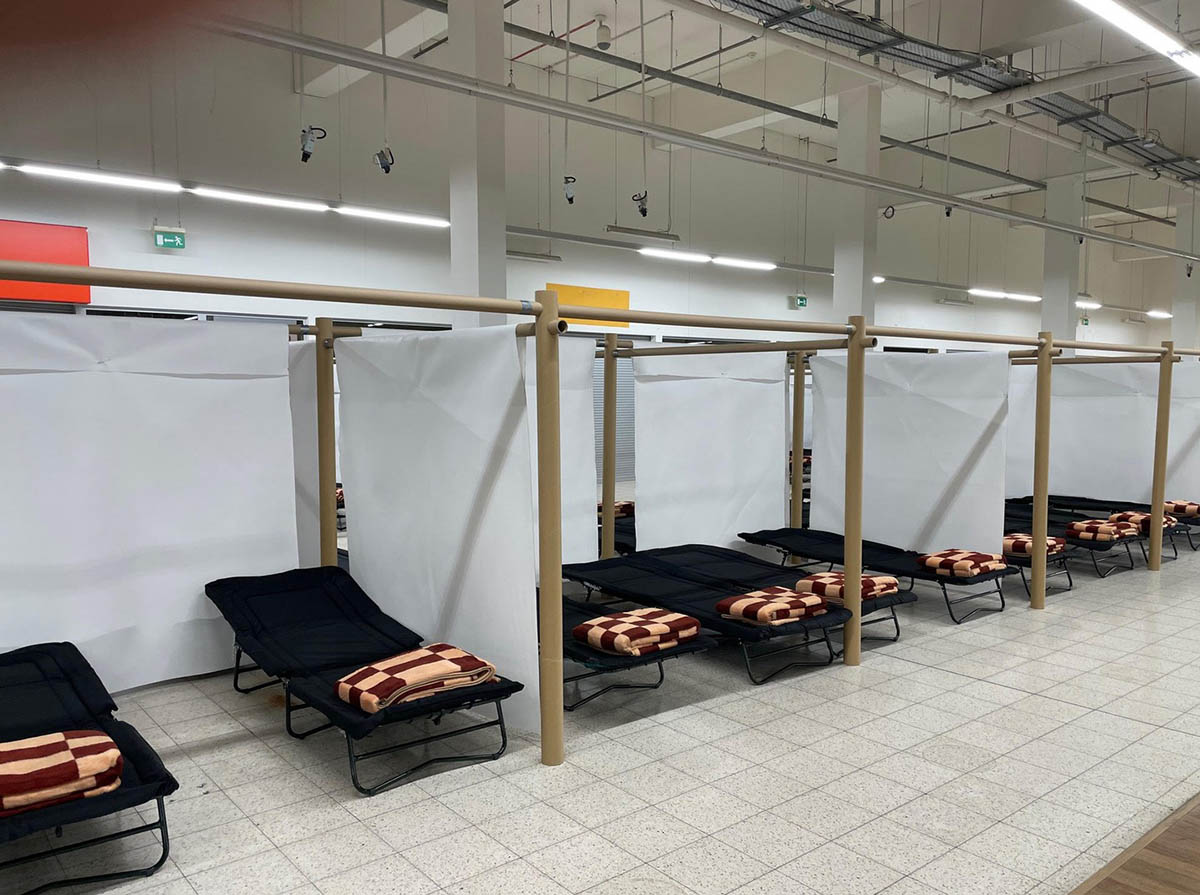 The shelters contain partitions made of cardboard poles covered with polyethylene and beams that were coated with kraft paper made from recycled paper or virgin fibre, which makes the process easy to install and remove anytime.

"The team connected them with paper connectors and reinforced tape," said Jerzy Łątka PhD, Eng, Arch from the Faculty of Architecture of Wrocław University of Science and Technology. 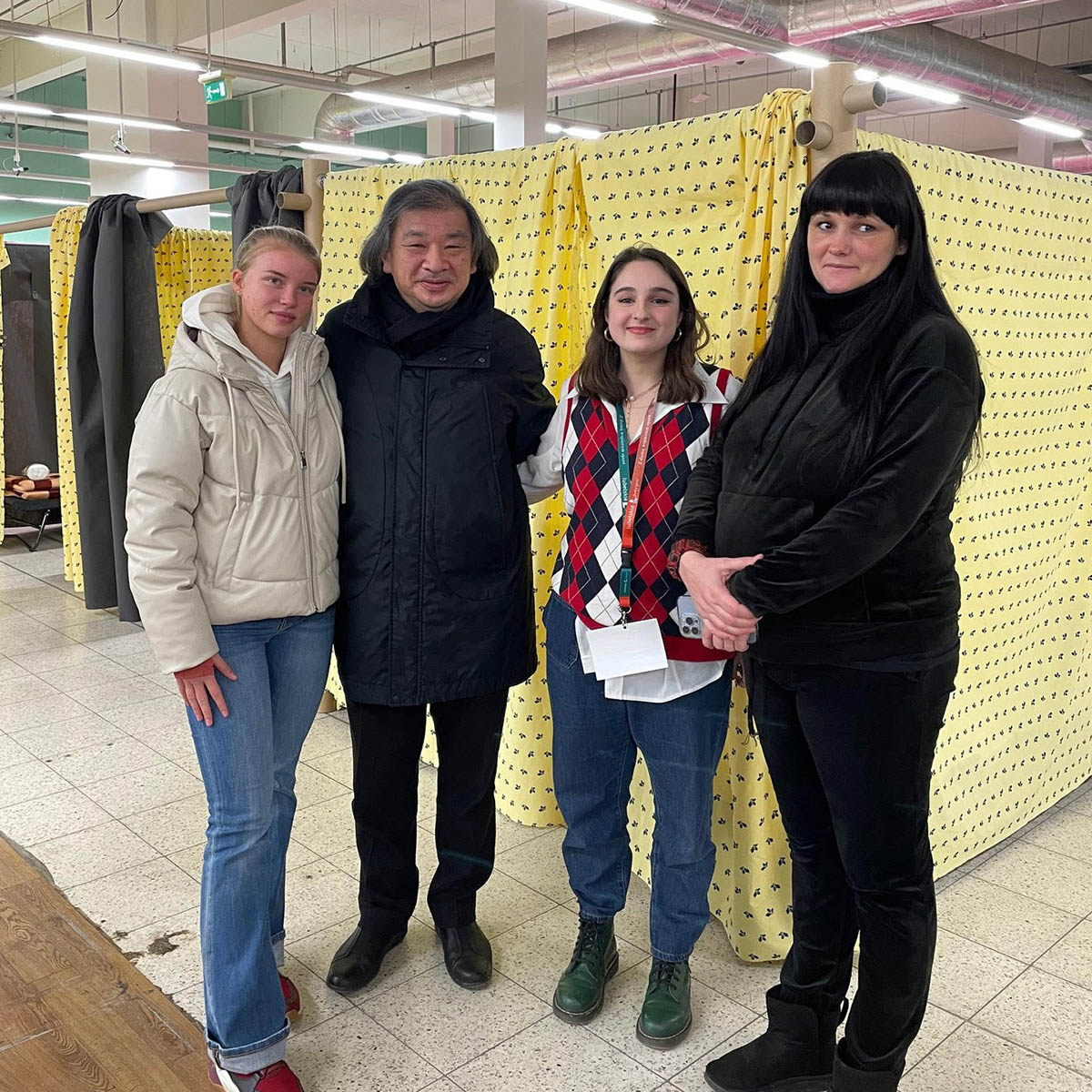 According to the team, this system is not easy and quick to assemble and before using the paper partition system in two site, the team has created a prototype at Wrocław University of Science and Technology. They adjusted the dimensions of the per unit to 2.3 meter by 2 meter at site.

Thus, 319 units (measuring 2.3 meter by 2 meter) of PPS were installed at the former supermarket in Chelm, Poland near the Ukrainian border on March 11, 2022. Refugees moved to this facility for shelter from March 12, as Voluntary Architects’ Network explained in its Facebook page.

In Chełm, the paper units can accommodate up to two, four, and six people, housing a total of 640 refugees.

The shelters will be equally be dismantled on site and reinstall in another place. Łątka also added that "it doesn't generate large costs and - as a paper-based solution - it is environmentally friendly." 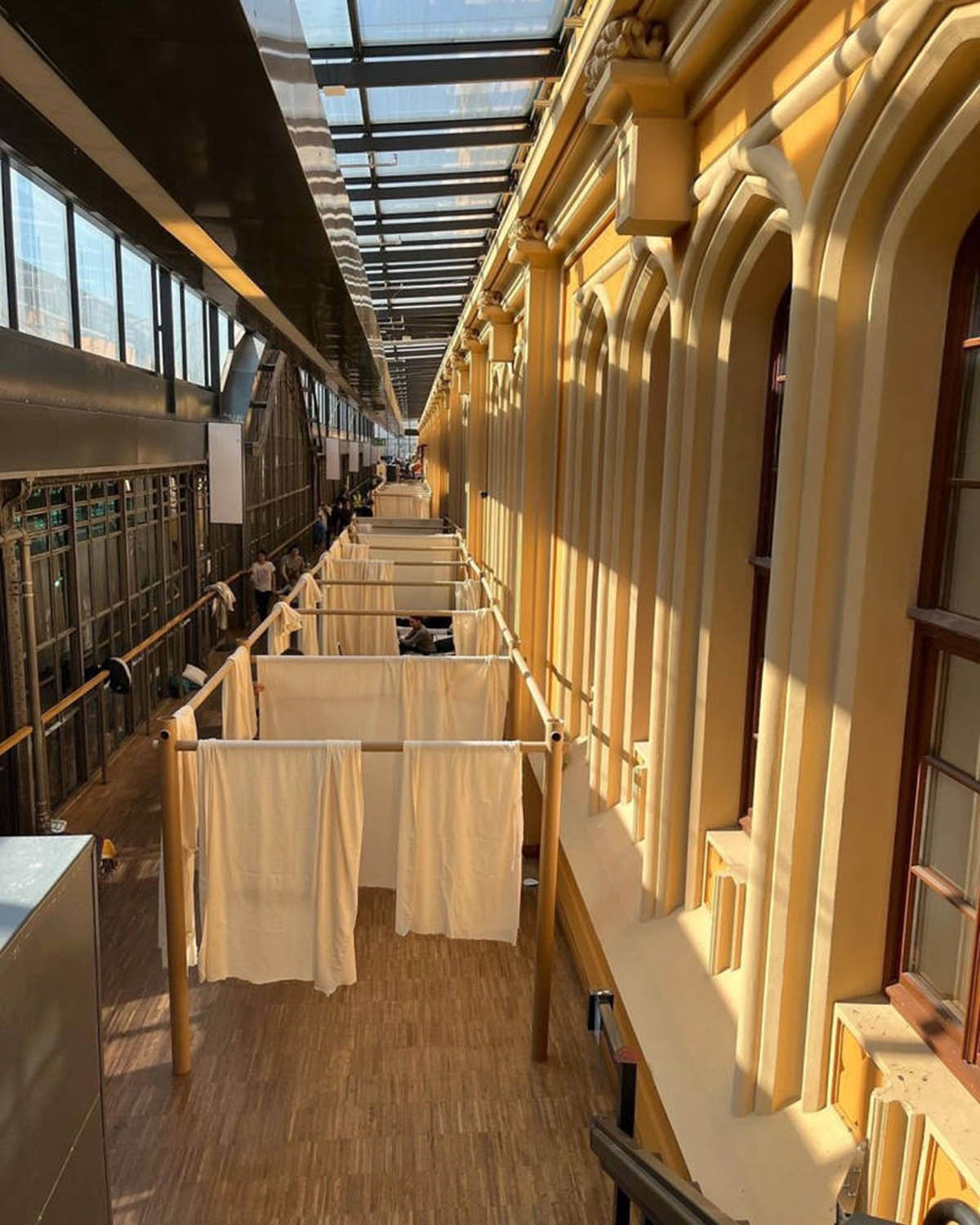 Moreover, 60 units of PPS were installed at the Wroclaw's main railway station, which create a linear sheltering space. 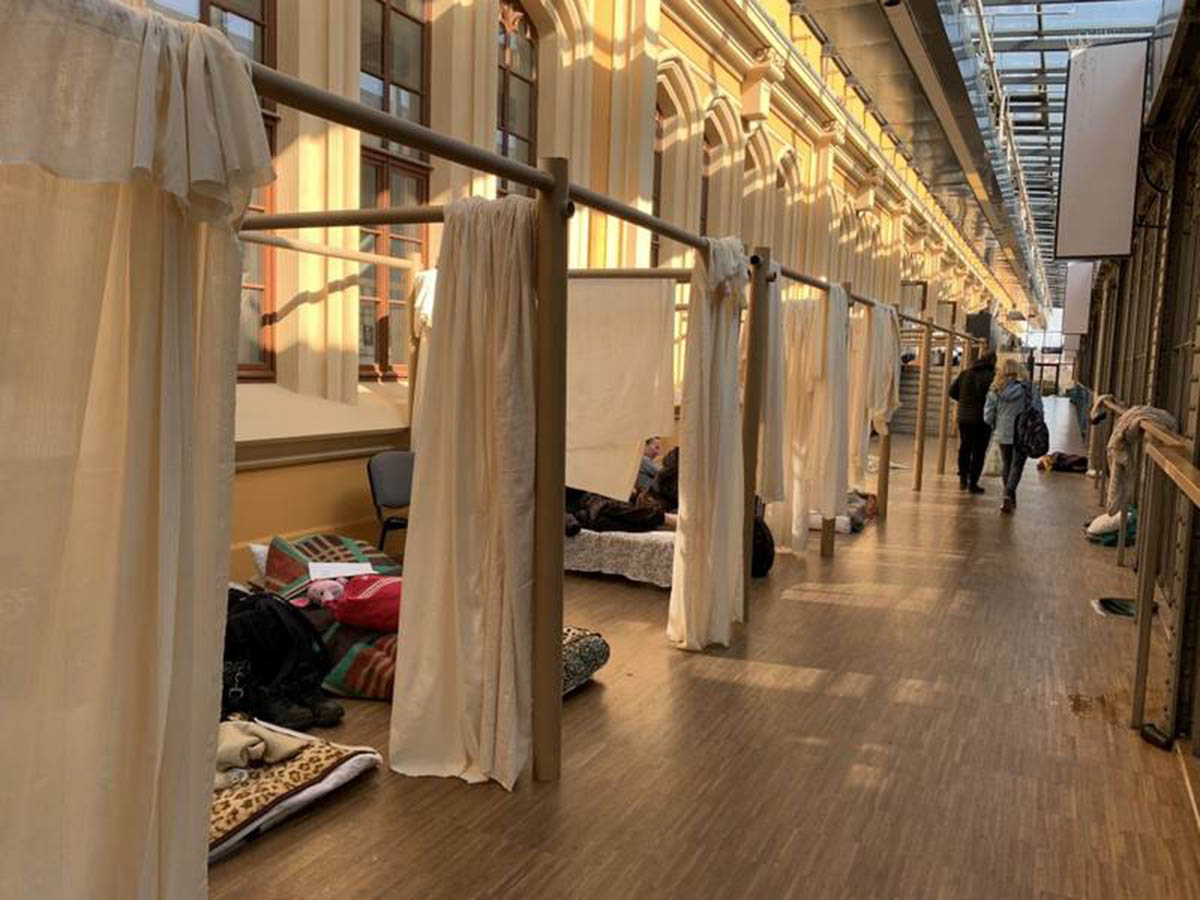 60 sheltering units of PPS were installed at the Wroclaw's main railway station. Image via Wrocław University of Science and Technology

"But most of all, it allows us to create a substitute for a private room for people who have just lost their homes, destroyed in bombings, or had to flee from them to protect their lives and the lives of their loved ones. These partitions provide at least a little bit of privacy, dignity, and security, which is very important," emphasized Jerzy Łątka.

"I heard from Katarzyna Roj from BWA that the best proof that this solution was needed is that people who put their belongings in their cubicles start crying."

"They finally feel private and intimate enough to allow themselves to cry. And it's very important for them not to suppress everything they had to face in the last days," Łątka continued. 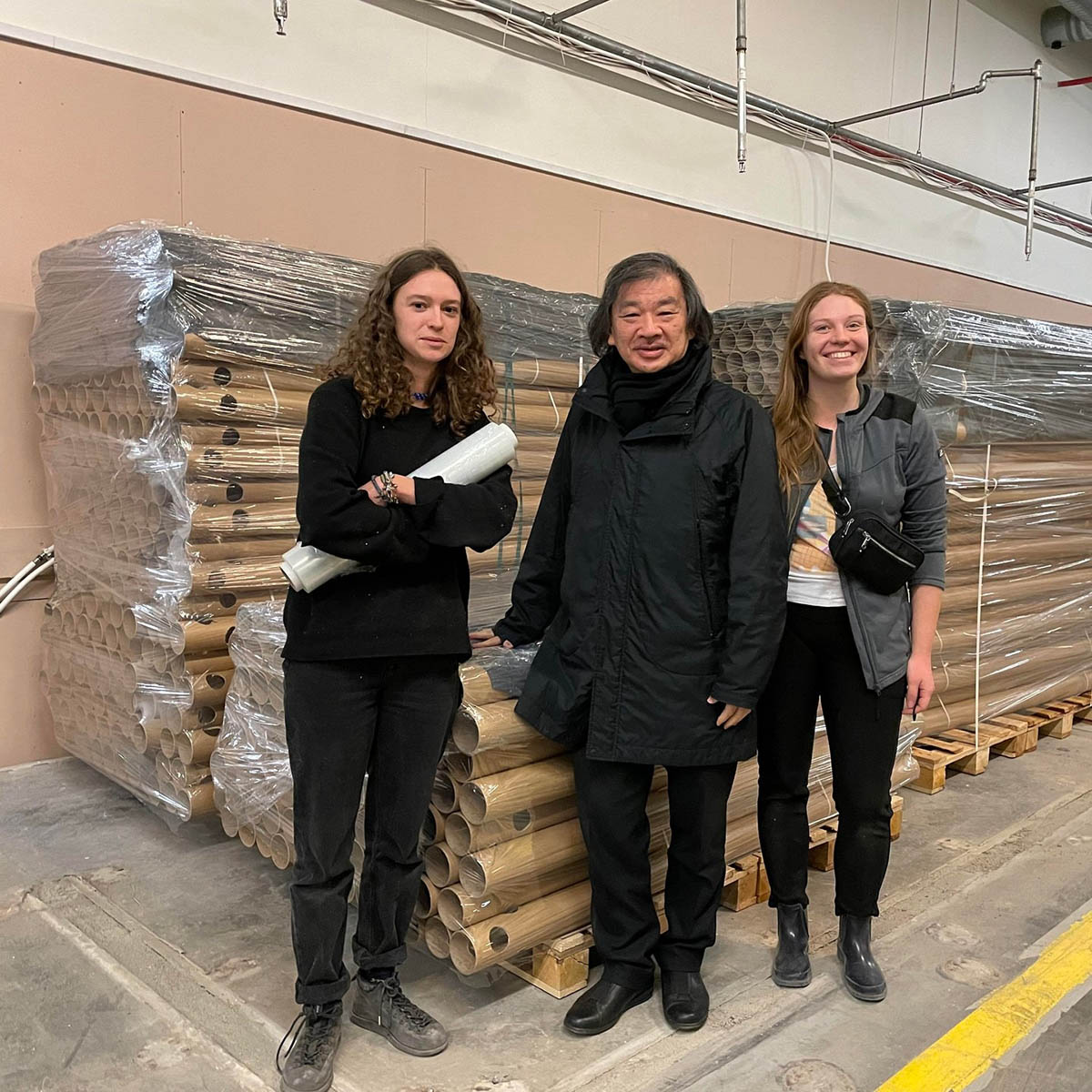 The Wrocław University of Science and Technology added that "Materials for several hundred more will also go to Lviv, where partitioned cubicles of the same kind will be created under the supervision of a local architect."

Voluntary Architects’ Network stated that they will keep providing PPS to temporary shelters in Poland. 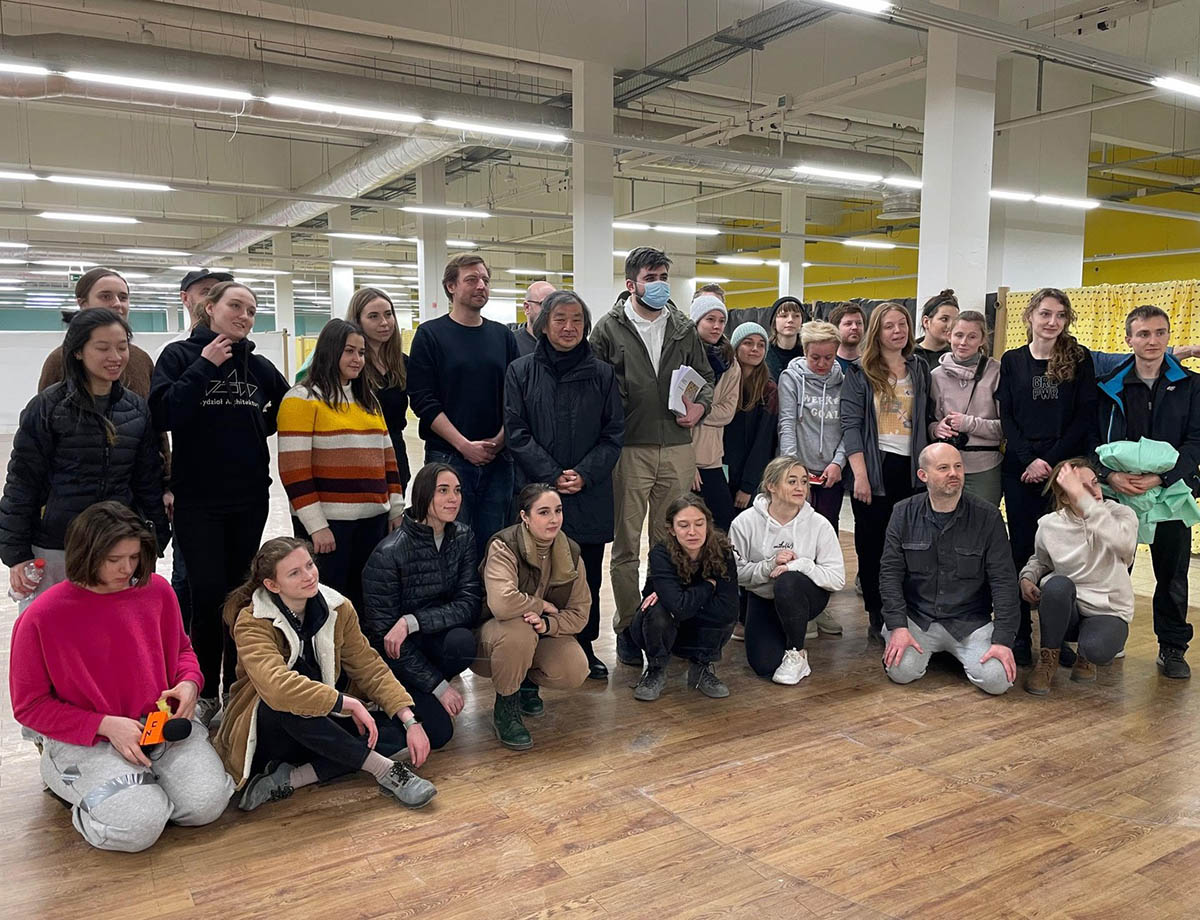 Shigeru Ban is best known for his humanitarian architecture and efforts to help communities damaged by natural disasters around the world.

In 2017, Shigeru Ban, in collaboration with UN-Habitat, signed an agreement to design 20,000 new homes for refugees in the Kalobeyei Refugee Settlement in Kenya.

In December 2017, the architect won the 2017 Mother Teresa Memorial Award For Social Justice, Ban is the first Japanese architect winning this prestigious prize so far.

> via Wrocław University of Science and Technology