MVRDV has converted a former factory building into a new creative hub with a green public roof in Shenzhen, China.

Instead of demolishing and rebuilding it, MVRDV sustainably reused and improved the building with a mixture of offices for the Urban Research Institute of China Vanke and offices for renting purposes.

The six-storey building has distinguishing features in which they are designed public in nature: it features a stairway cutting its way through the building, which leads visitors to a rooftop with a series of “rooms". The rooms are enclosed by living bamboo “walls”, offering a variety of amenities and activities.

"Nantou has roots as an ancient historic town but is now an urban village of Shenzhen, dwarfed by the skyscrapers that surround it," said MVRDV.

"The Idea Factory is the largest project in a number of renovations proposed by Vanke, all with designs by nationally and internationally renowned architects, which aims to accelerate Nantou’s transformation into a cultural and creative hub."

Rather than demolishing and rebuilding it, MVRDV sustainably renovated a disused factory building, maintaining a piece of Nantou’s history while also having lower embodied carbon emissions than a new building.

The studio strengthened the building’s original structure so that an extra floor could be added on top to maximise floor area.

The new façade is set back from the edge of the structure, creating open loggias that wrap around the whole building. These allow for circulation and enable the chance encounters with colleagues that make for a dynamic creative environment.

On the ground floor there is a small public square, MVRDV adds a protruding tube-like structure clad in wood marking the entrance to the public staircase that carves its way through the building.

Inside, the staircase is clad in mirrors and festooned with bright neon signs, creating an aesthetic reminder of the early days of Shenzhen’s urbanisation.

On the fourth floor, this staircase protrudes out the other side of the building – a chance to take in a view of the surrounding rooftops – before turning and continuing up to the roof.

"The Idea Factory shows us the wealth of possibilities offered by buildings that some may think are ‘dilapidated’ or beyond their useful lifespan," said MVRDV founding partner Winy Maas.

"Not only were we able to make use of this existing structure, we intensified its use – adding an extra floor – and wove it into the public realm of Nantou with its green and public rooftop. It shows that the ‘hyper-new’ city of Shenzhen is entering its phase of reusing and renewing old buildings and turning them into the ‘new-old’," he added.

Upon exiting the staircase, visitors are greeted with a green bamboo landscape packed with amenities and activities. This is arranged to form a bamboo “maze” that divides the rooftop into different rooms, each containing a different activity: a glass box for performances and events, a variety of seating areas, a gym, a trampoline, swings, a tea house, a dining room, a dance floor, and a chess set.

This roof makes the project more sustainable both ecologically and socially: the bamboo creates a cool, shaded space and supports biodiversity within a dense urban environment, while the activity rooms provide social and leisure spaces in a neighbourhood that has historically been disadvantaged. 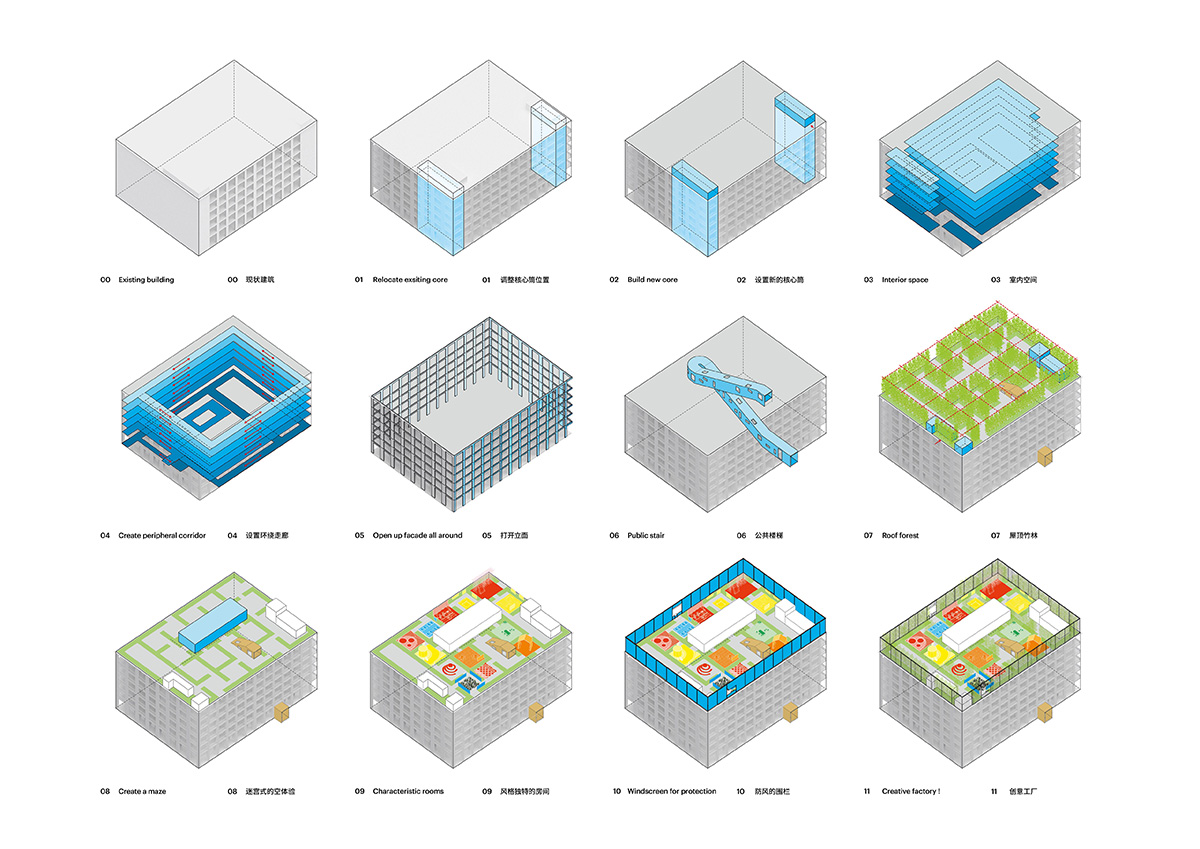 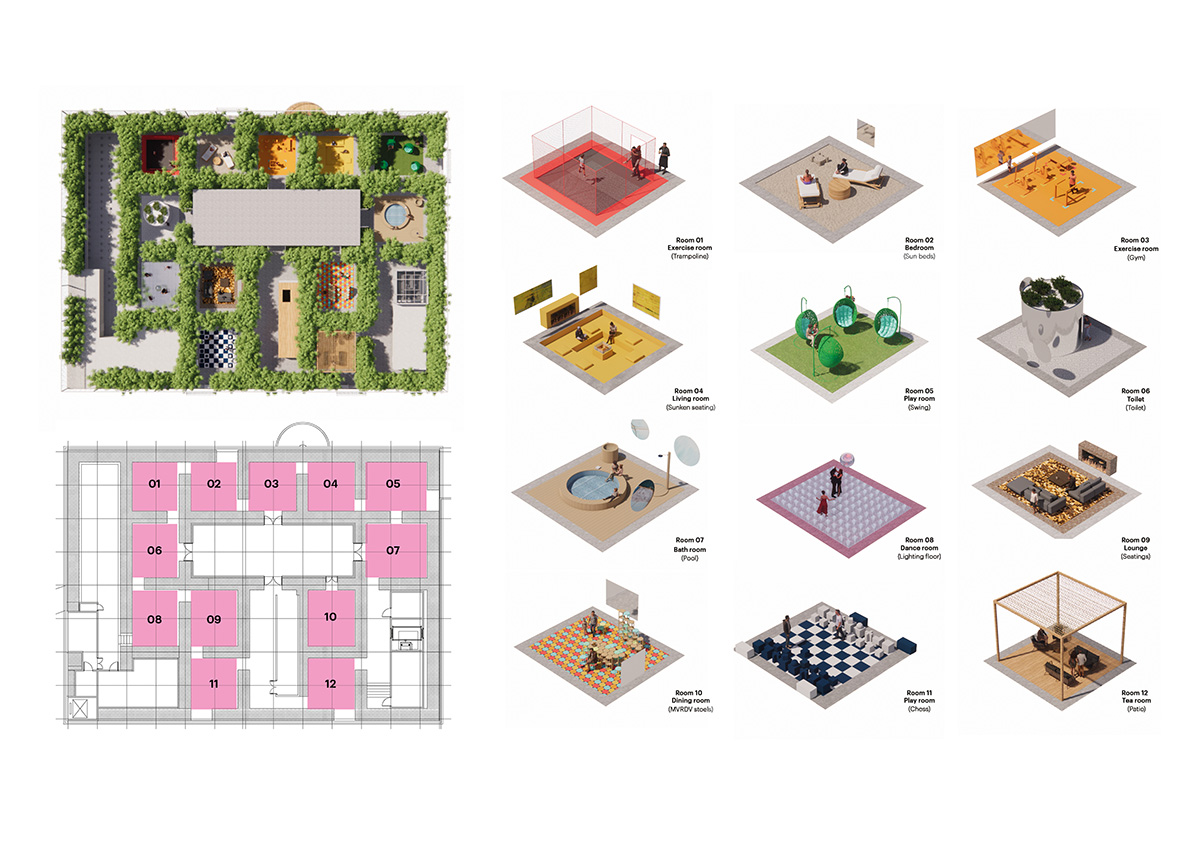 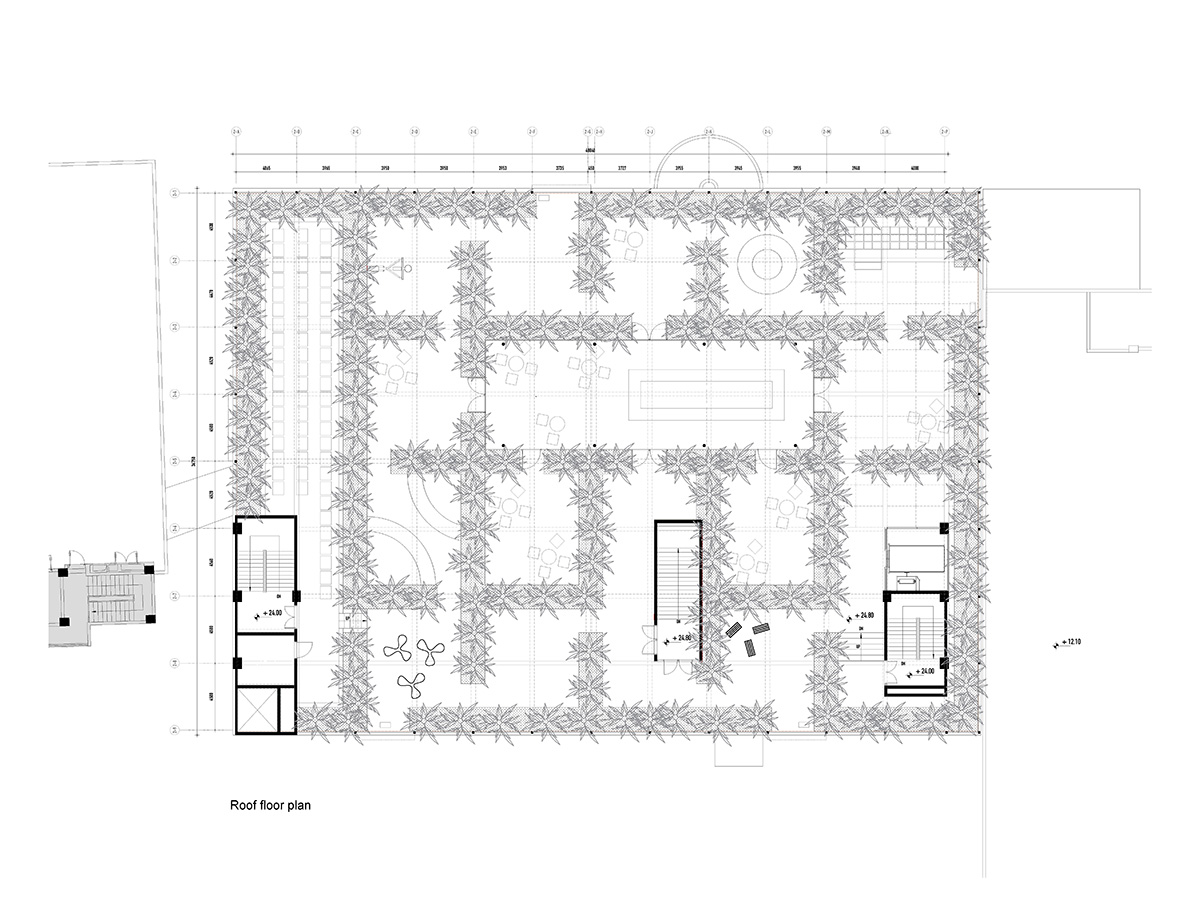 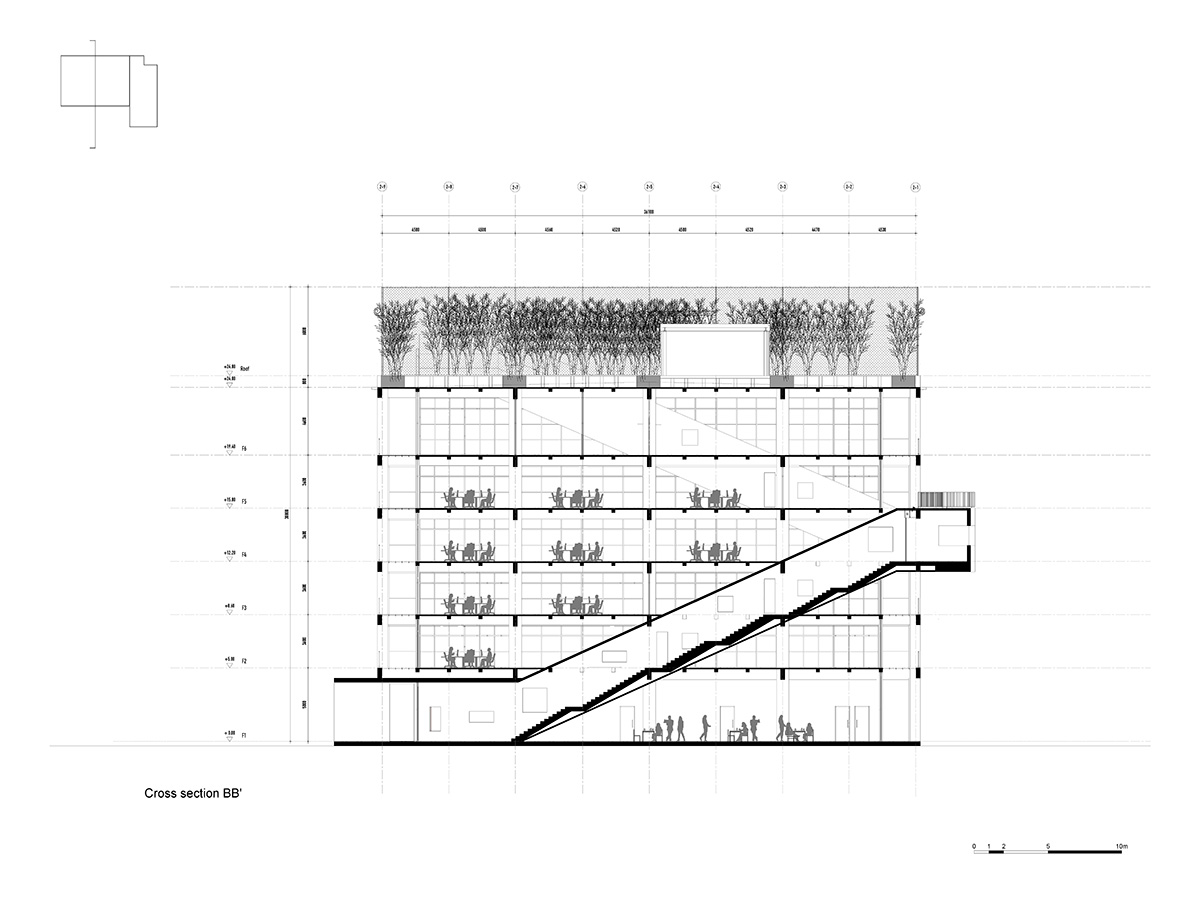 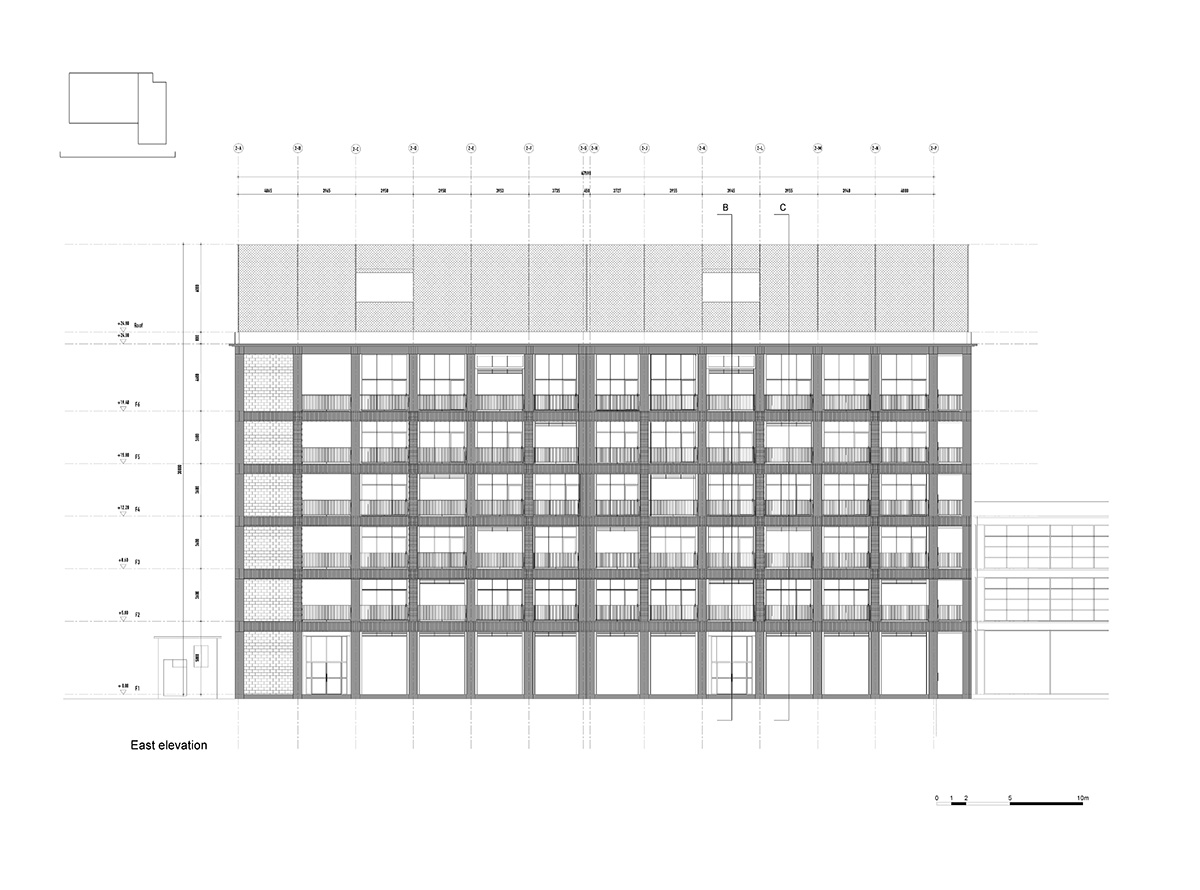 MVRDV designed the Idea Factory for the Shenzhen Nanshan District Bureau of Public Works and Shenzhen Vanke Development. The design was completed in collaboration with the Urban Research Institute of Vanke, vaLue Design, and the Shenzhen Bowan Architecture Design Institute.