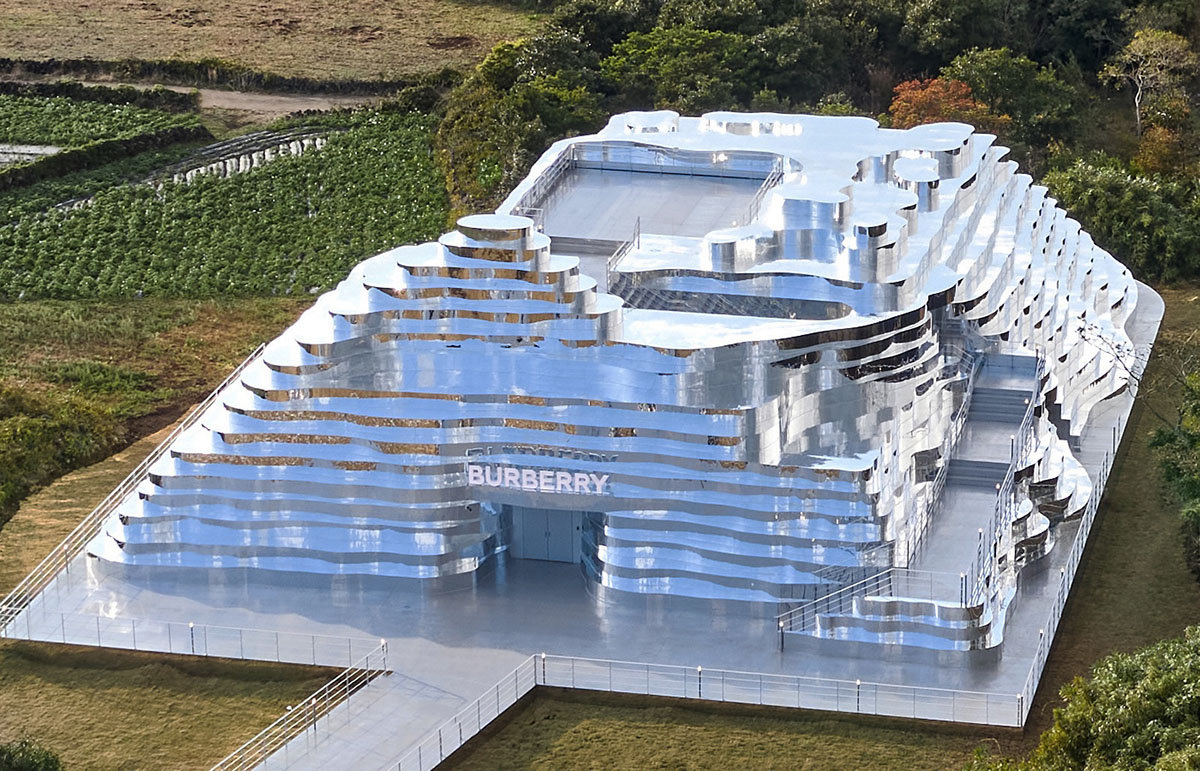 The store, profiled with undulating shining and surfaces, forms a topographic building that reflects its surrounding mountains. Created for the brand's new outerwear collection, the store mimics the shape of the Hallasan mountain in which it rests at the base of it.

The store emerges as an ephemeral destination where nature merges with technology and art. The store is created as part of Burberry's "The Imagined Landscapes" pop-ups across the globe showcasing its new outerwear collection. 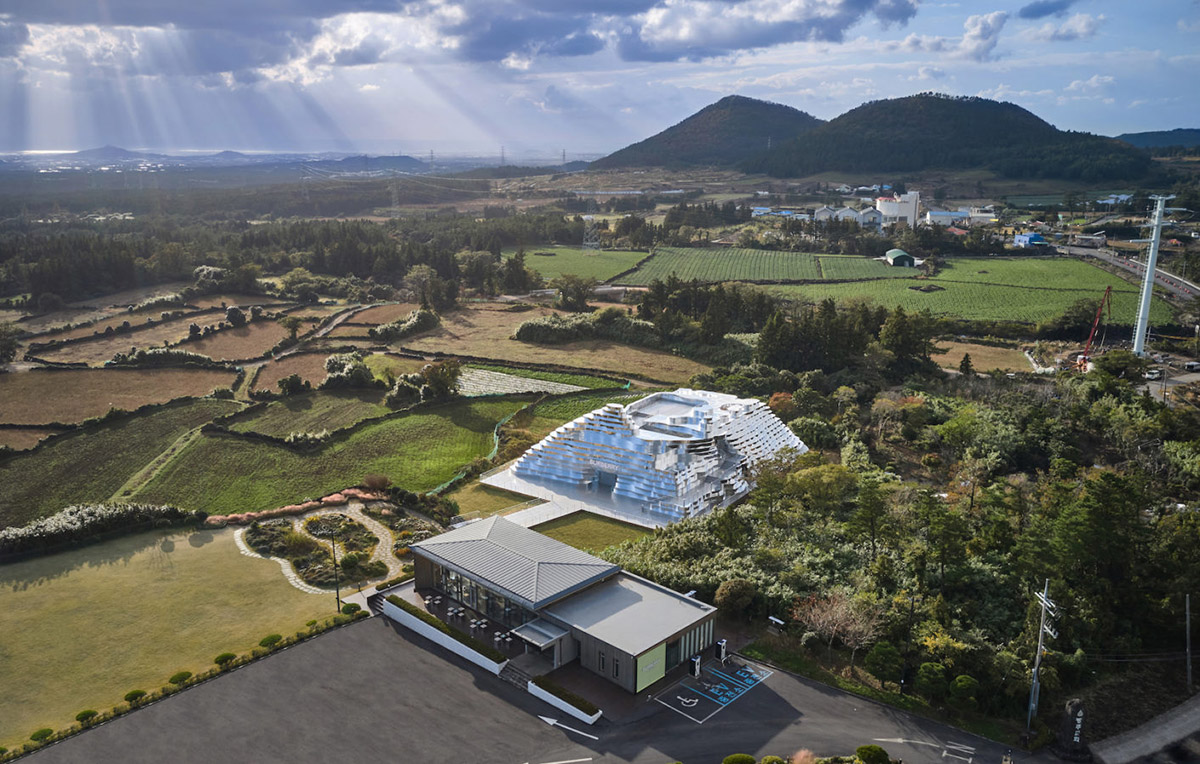 The fashion house's mini mirrored mountain is the first store as part of a planned series of global pop-ups built in South Korea for the first time.

The brand wanted to create a space, where technology, art and architecture collide, that rises from the landscape, sculpted by architectural contour lines inspired by maps. 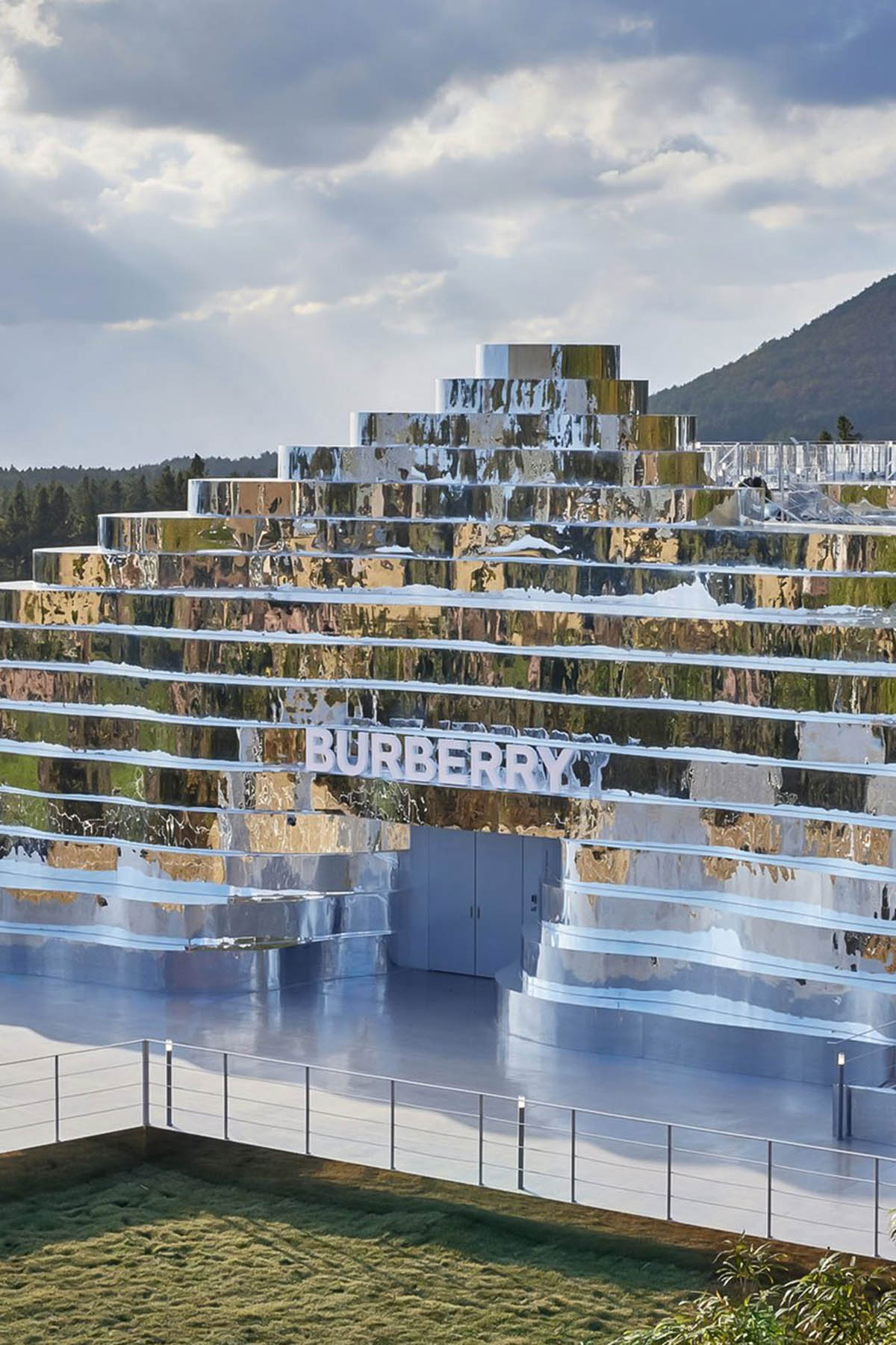 Thanks to its reflective façade, made of polycarbonate mirror material, the store draws visitors' attention from afar since the structure offers an unusual and glamorous effect.

"Once inside, visitors enter an innovative space where the digital and physical collide – including our immersive art installation, featuring interactive cinematic works by three artists, each rooted in the great outdoors," said Burberry on its website. 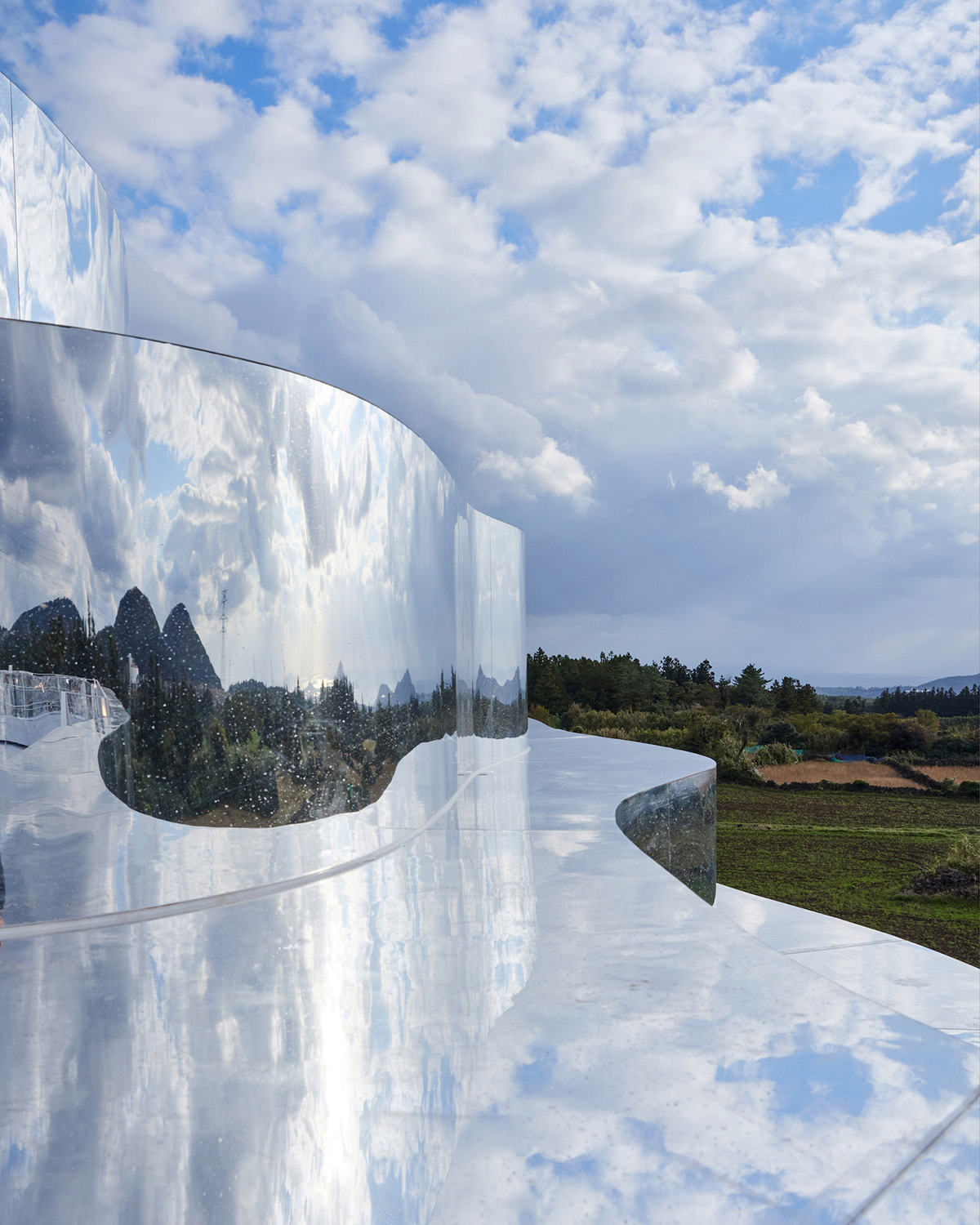 Alongside this mesmerizing experience throughout the building, visitors encounter Thomas’s Cafe in a separate building, a short walk distance away from the store. Thomas’s Cafe makes its first appearance in South Korea.

Inside the cafe, pastry chef Justin Lee has created an assortment of treats with local inspiration and subtle brand references. 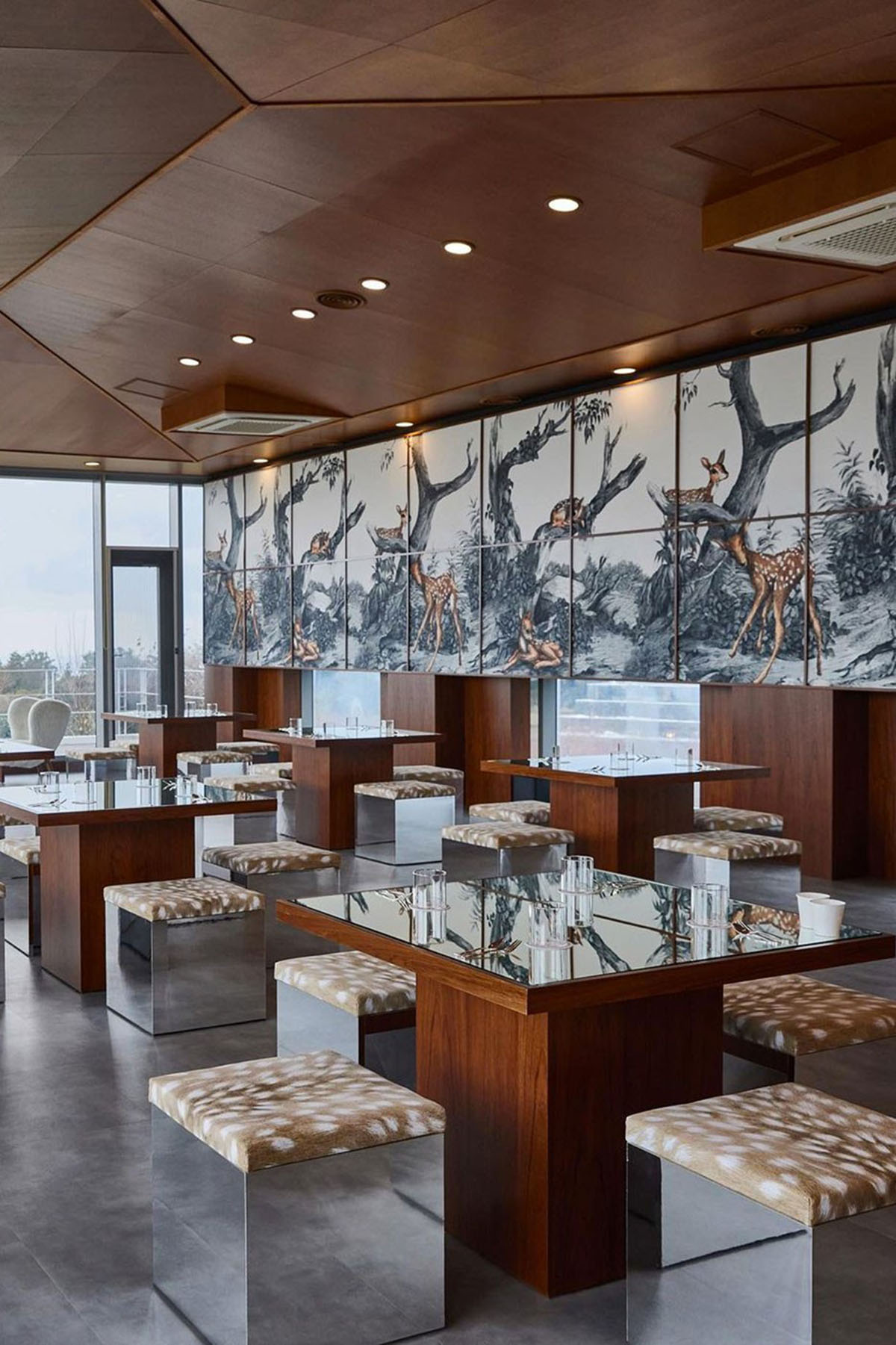 View from Thomas’s Cafe inside the pop-up store, which also includes mirrored surfaces

When visitors step into inside, they meet the works of digital artists, such as Maotik, Cao Yuxi and Liu Jiayu, the artists create immersive, interactive virtual worlds for visitors in digital rooms.

The digital rooms, are dressed with different colors, patterns and reflections changing depending on the interactive cinematic projects of the three artists. 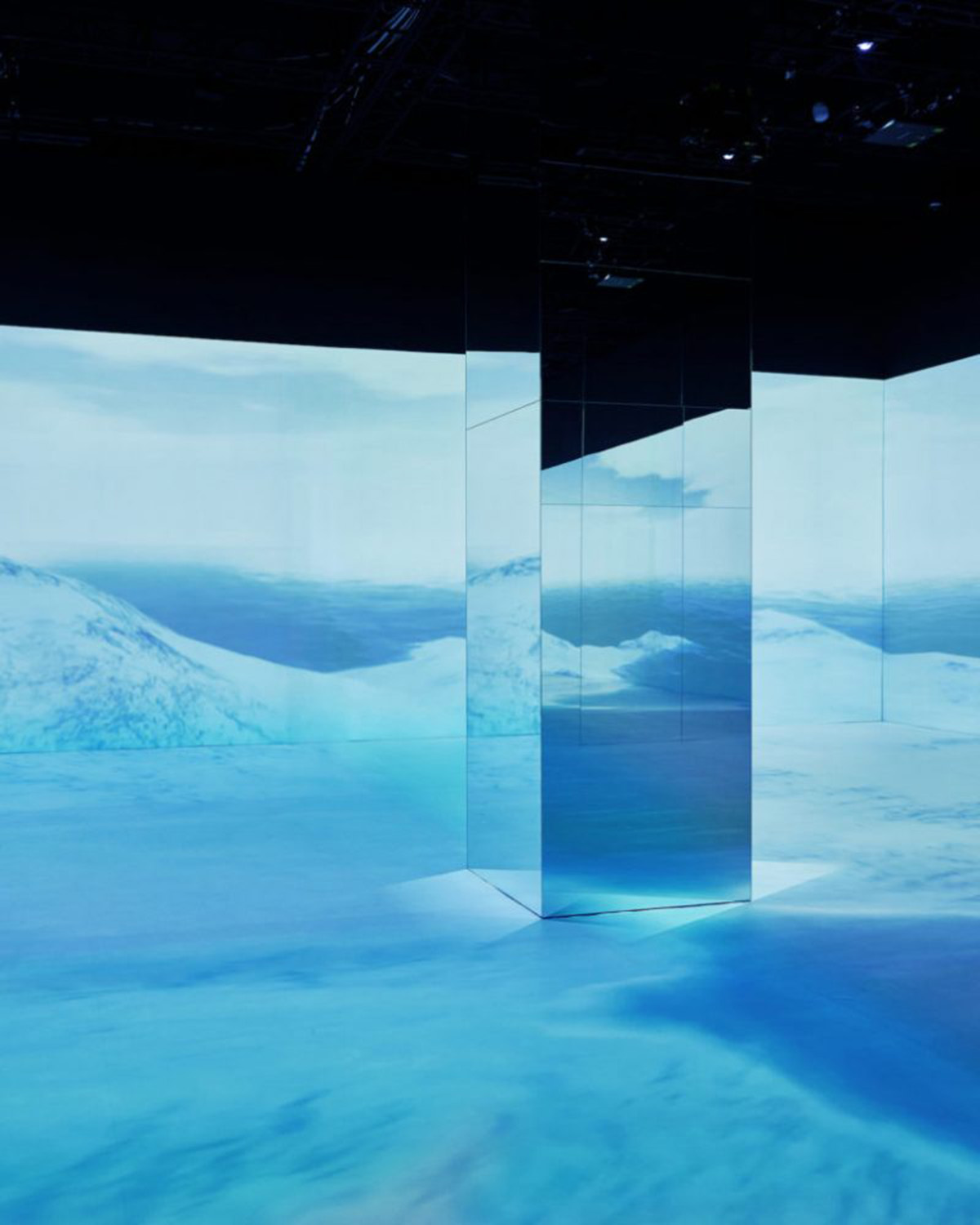 Thanks to the reflections, visitors can feel as if they are walking in water. The whole surfaces in the room are filled with water effect. 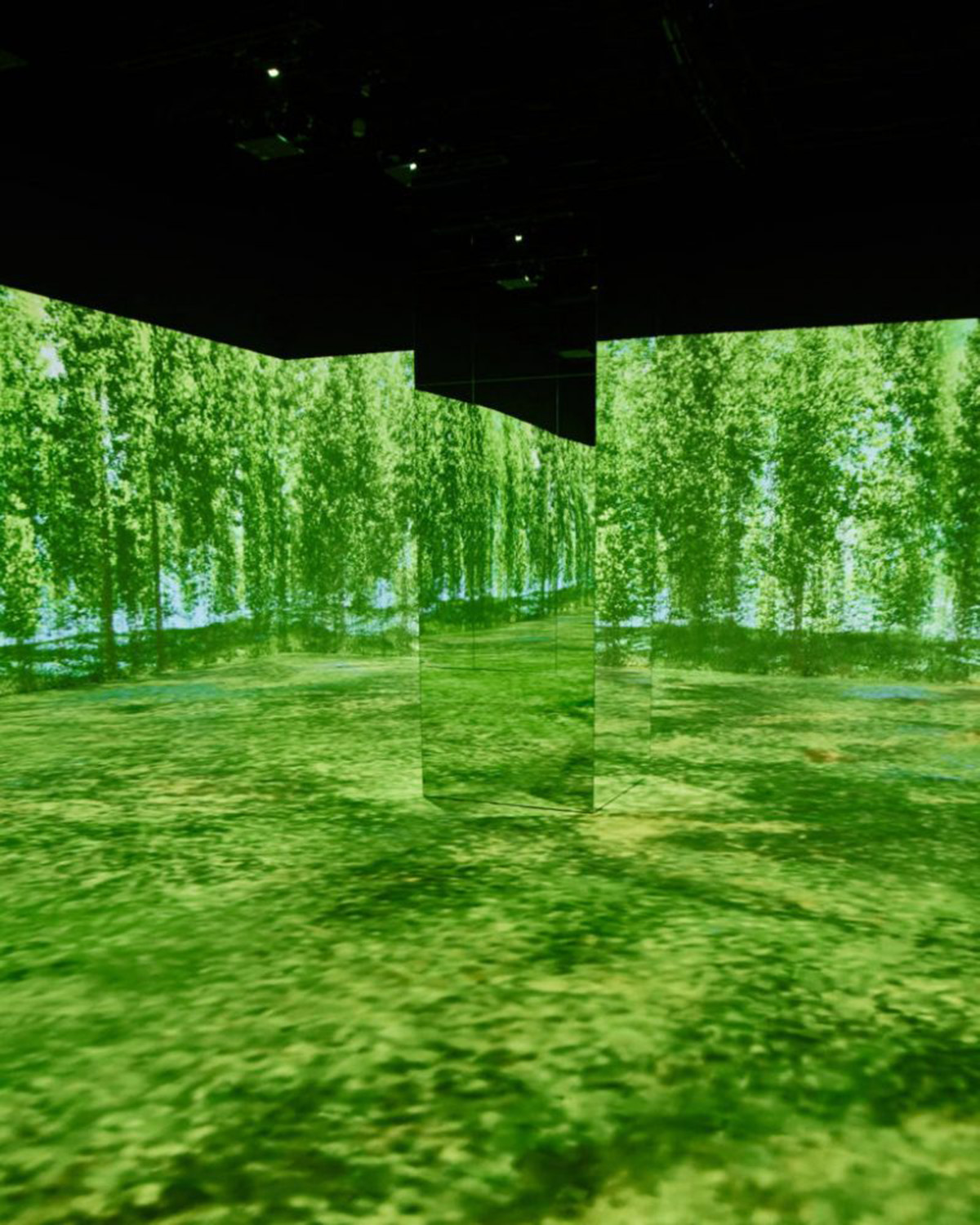 In this room, the whole surfaces are filled with green to make feel like visitors are walking in a forest. 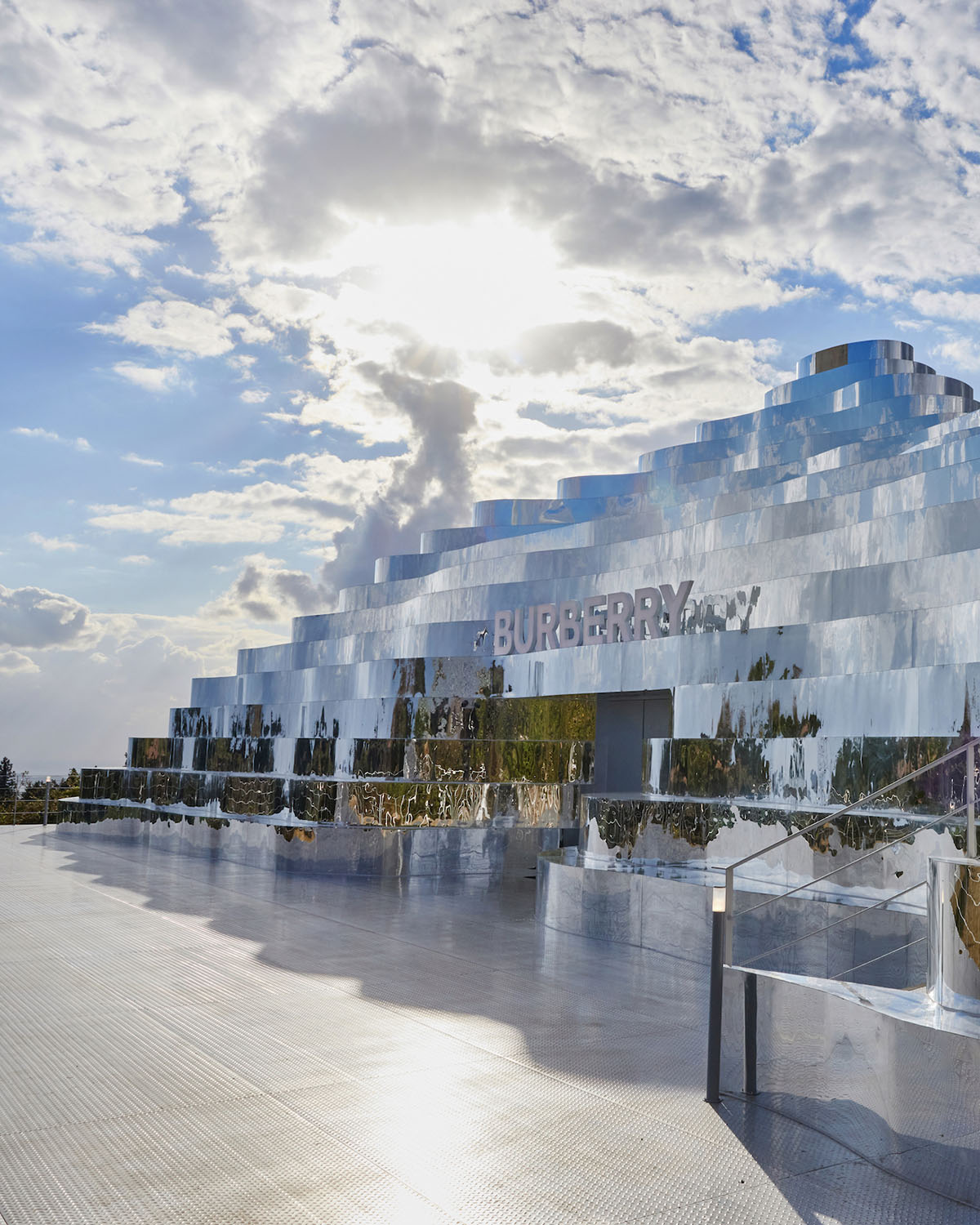 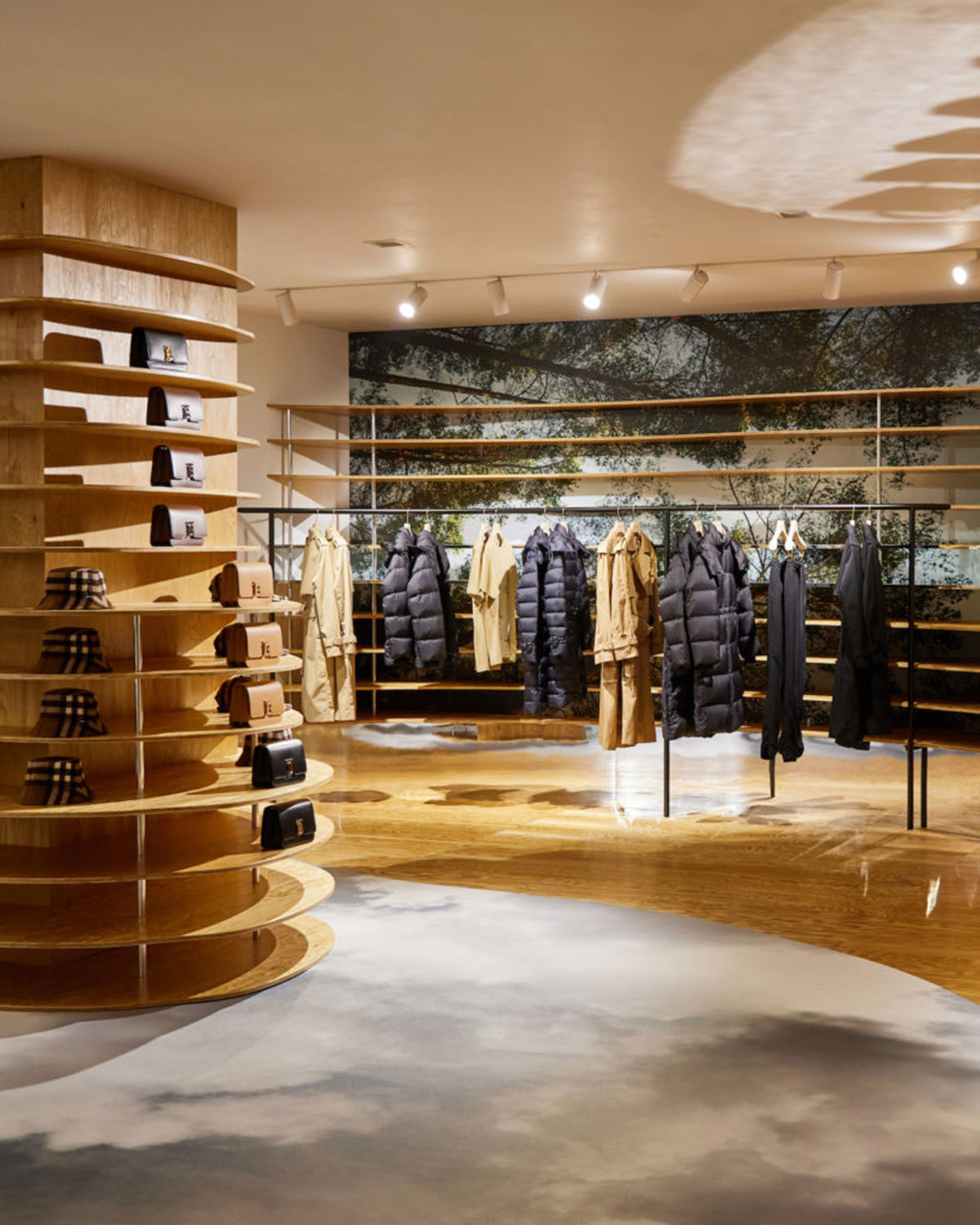 Other room inside showcases the new outwear collection of the fashion house. This rooms is designed with curved and soft materials, including plywood and timber.

The interior lines of the shelves mimic the outer language of the store to reflect the same feeling. 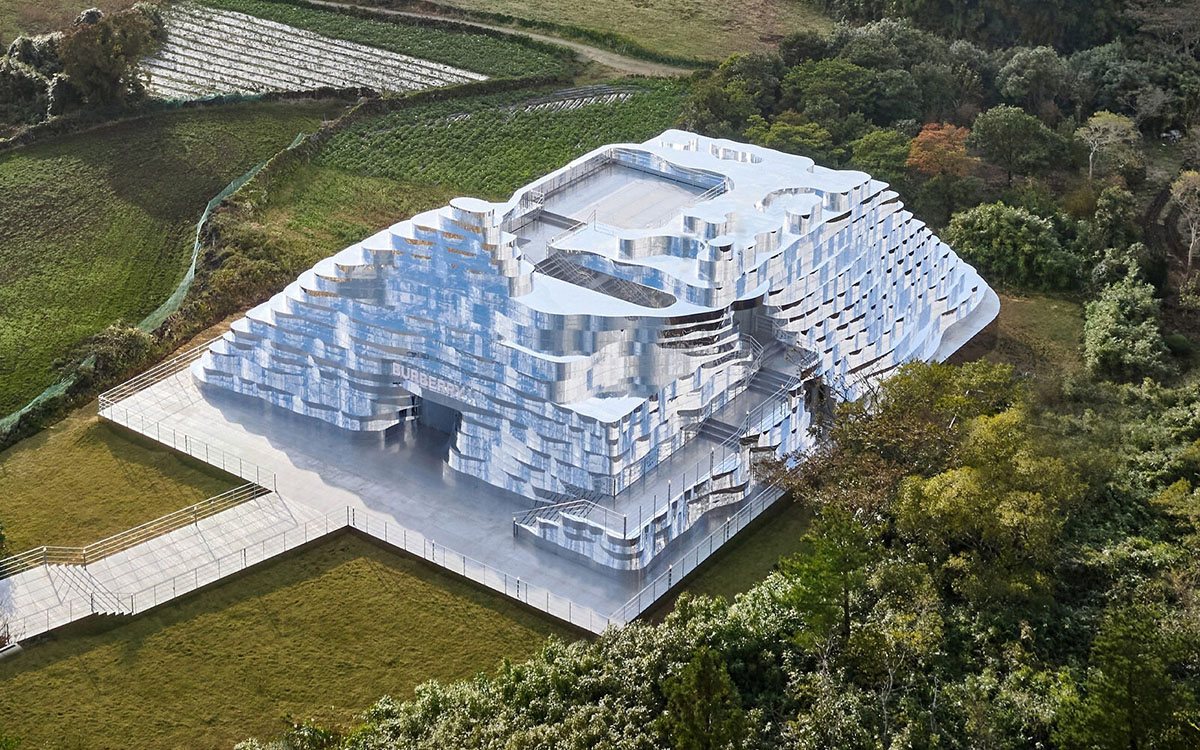 The structure includes two entrances: one provides a direct access from the front façade, while second entrance directs visitors to the other side of the façade - this entrance creates a cut-out form that acts like an extension of the building. 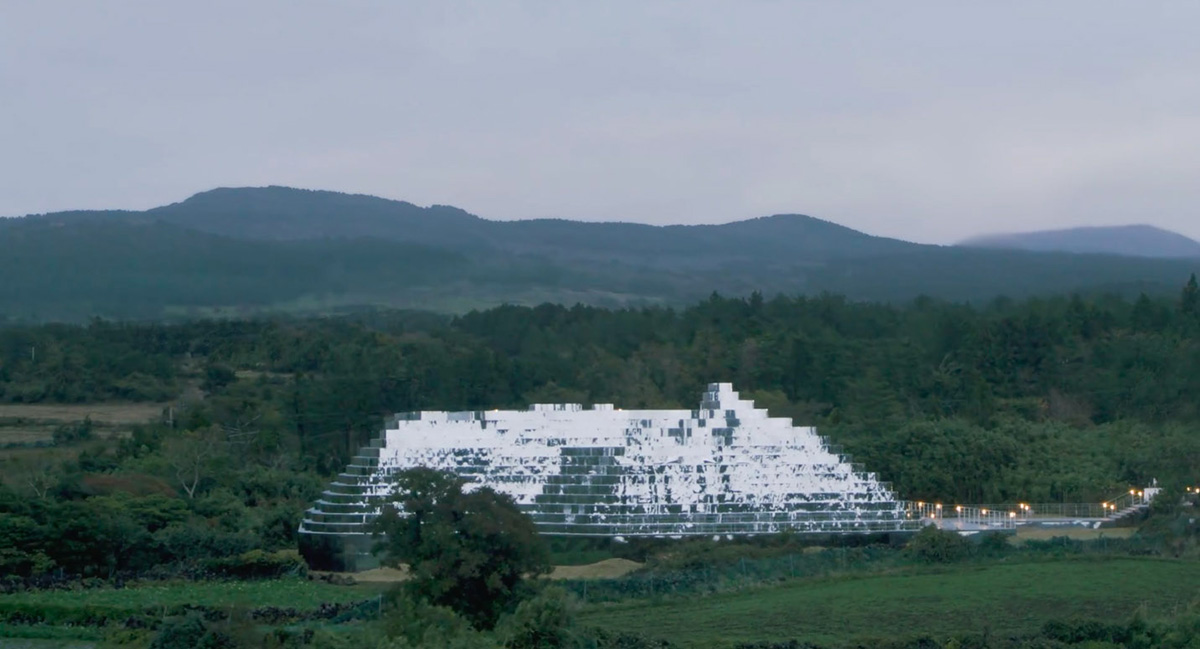 The Imagined Landscapes installation, now open to the public, can be visited until 12 December 2021.

Burberry has also partnered with the Jeju Olle Foundation in a five-year philanthropic commitment, aiming "to preserve the island’s natural beauty and allow continued access for the public."

All images courtesy of Burberry.