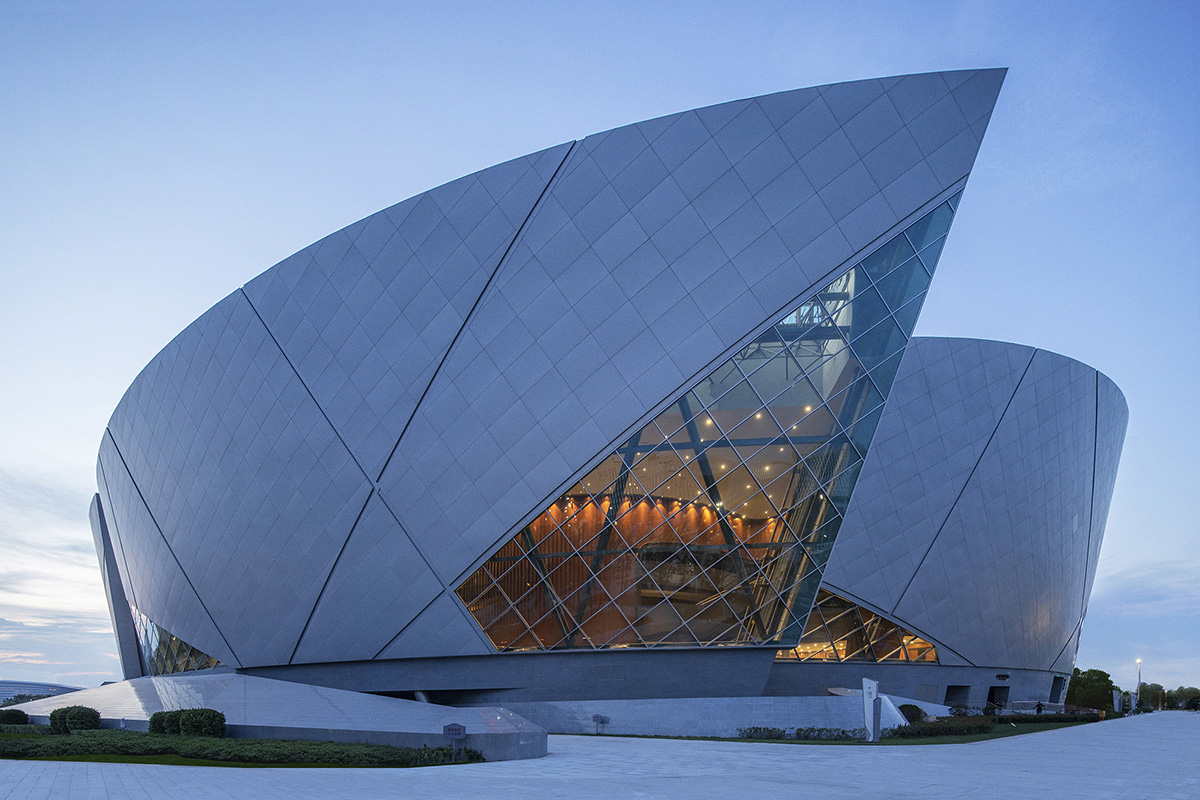 The Architectural Design and Research Institute of HIT has completed a grand theater in Zhengzhou City, Henan Province, China. 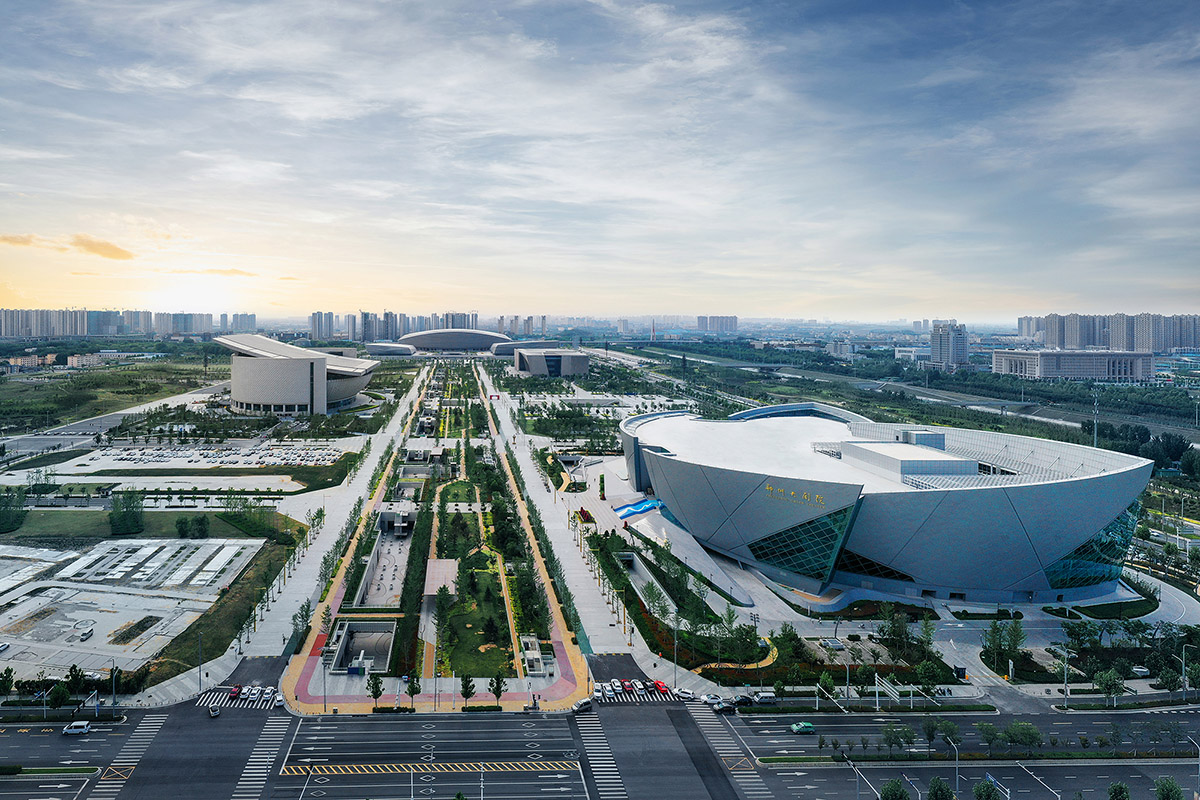 The design acts like "a boat of art sailing on the Yellow River" and Zhengzhou Grand Theater is designed as the highest-level performing arts landmark in Central Plain Region of China.

Read the design narrative with the architects' own words. Through contemporary architectural languages, the project creates the image of a majestic "ship", which conveys the significant culture and civilization of Central Plain. 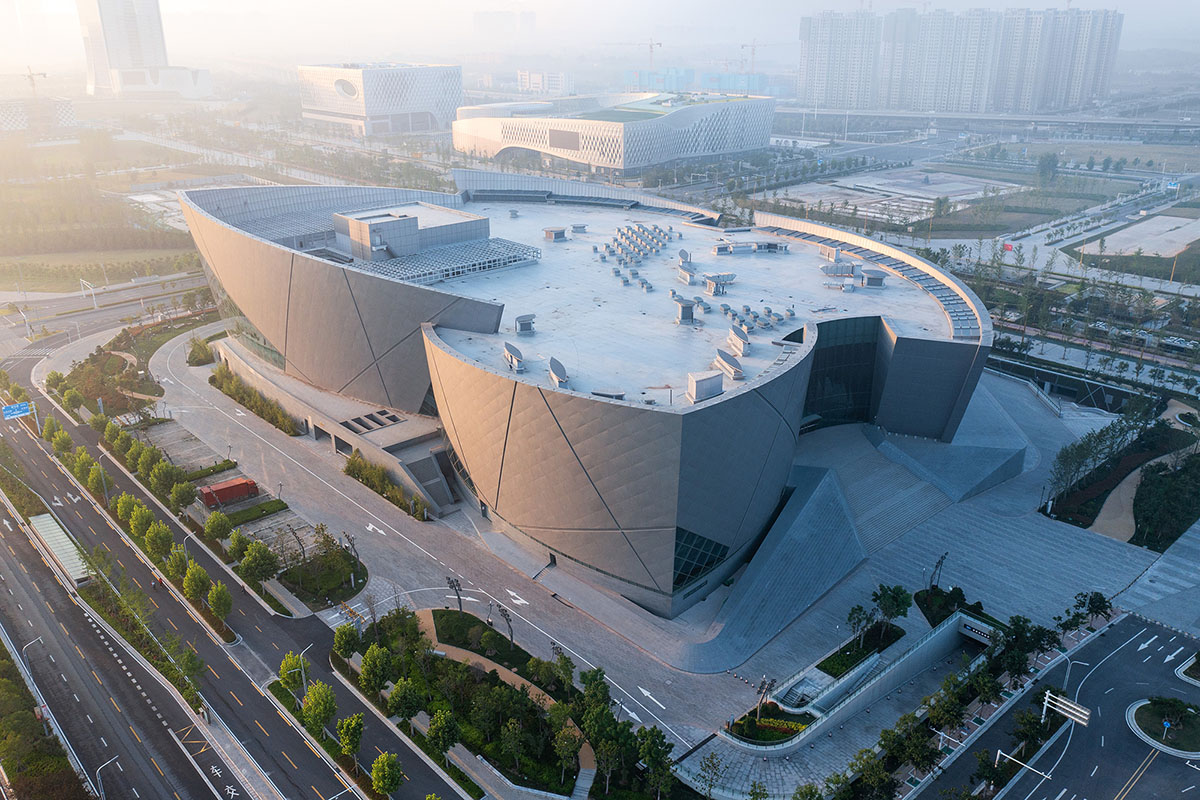 When night falls, the bright lighting indoors penetrates the large glass curtain wall, and the "sails" transform into a giant curtain. The audience's activities inside are revealed obscurely, which vividly interprets the artistic character of the Grand Theater as a performing arts building. 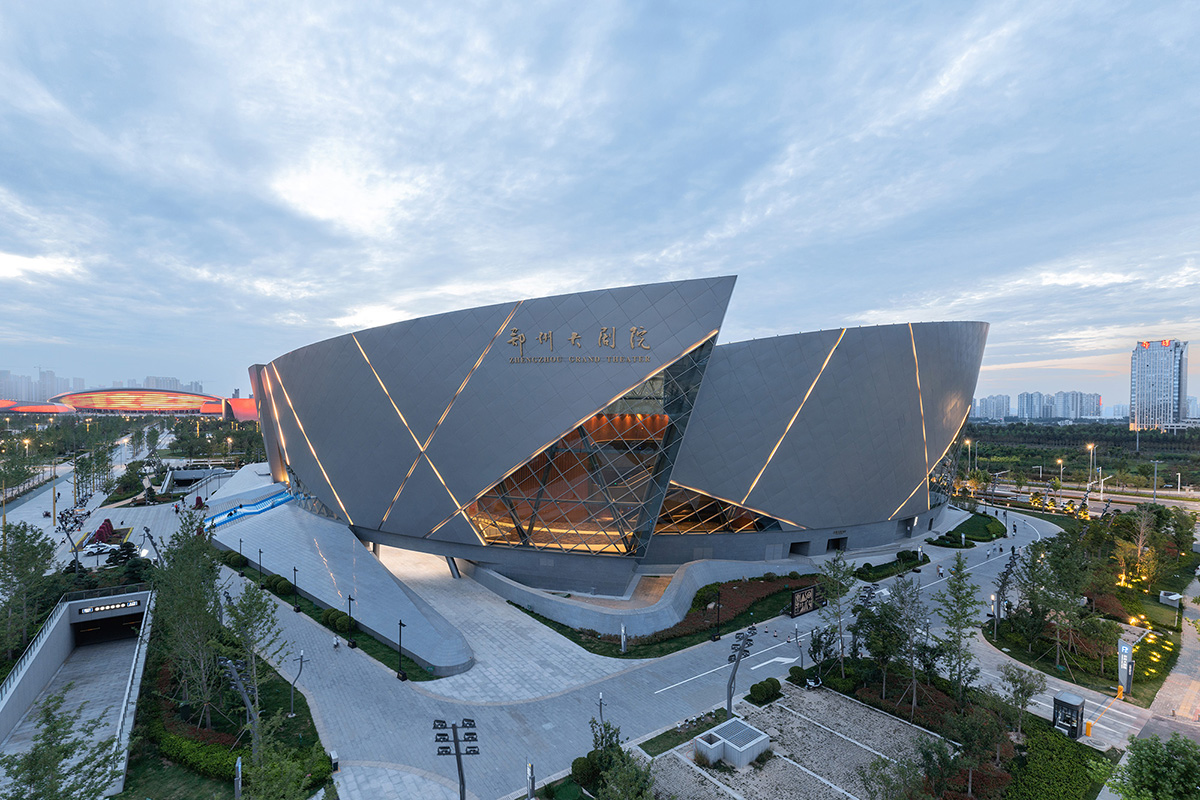 This project is a large comprehensive performance arts building. Its high complexity is reflected in the following aspects:

The four major independent halls are integrated in this large comprehensive building, with multiple functions, large audience capacity and complex circulations. In light of it, the design needed to reasonably organize the layout of all functional halls and the circulations of both people and logistics. 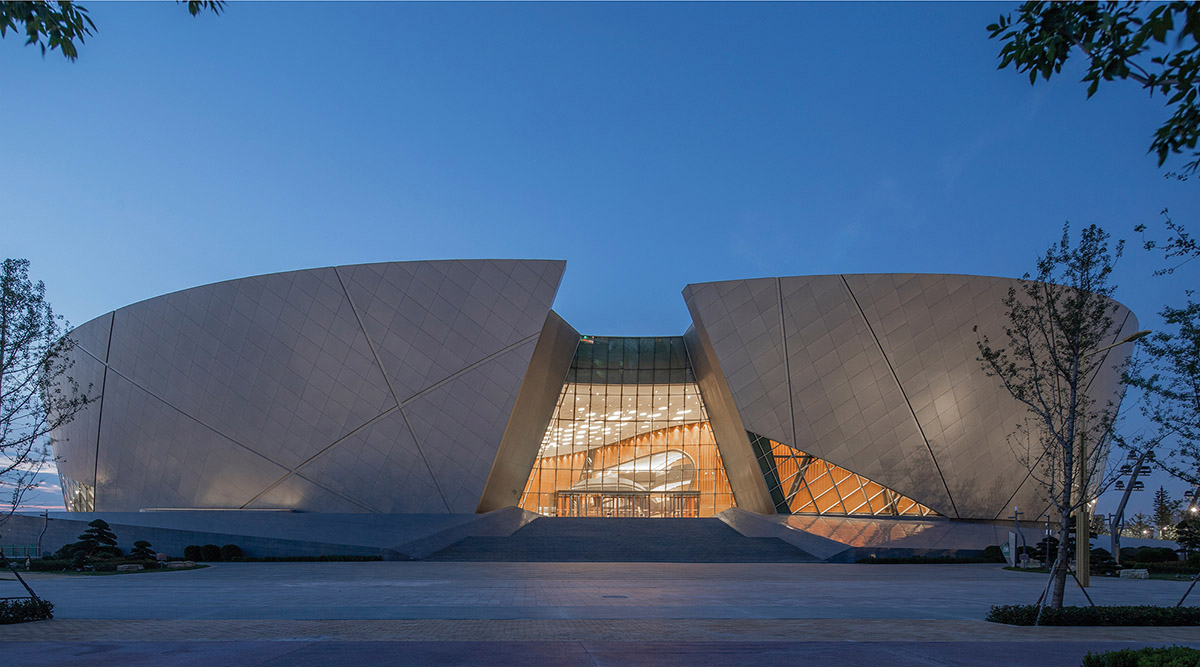 The design had to fully respond to the different acoustic requirements of the four major halls, to ensure quality sound effects and avoid mutual acoustic interference.

The project is a long-span building, with a length of 204m. Based on the characteristics of the architectural form, the exterior structure adopts steel trusses, and the roof is formed by grid structures, supported by three tower-like concrete bottom structures, together creating a new, distinctive mixed structural system. Besides, the project employs a variety of transfer structures, such as supporting column, Y-shaped column and lapping column. 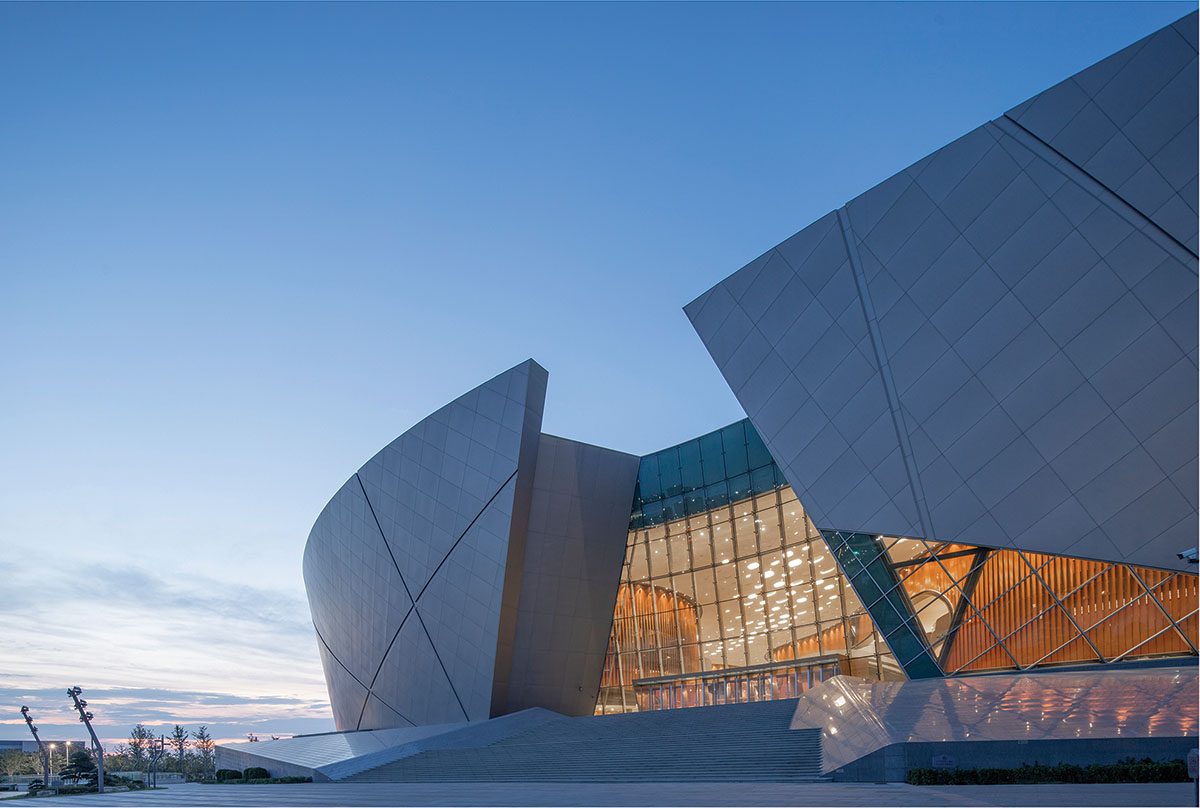 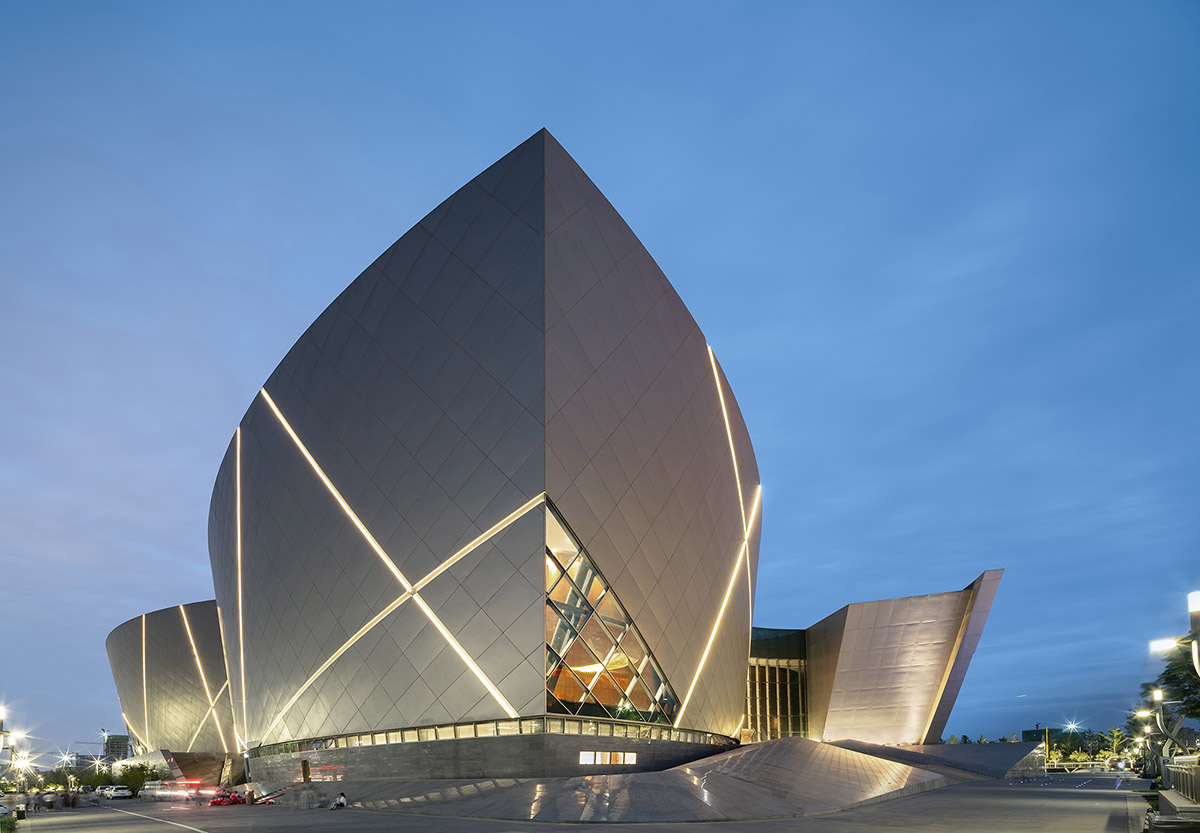 Simplification is at the core of the design. By combing "sails" of different curvature with oblique texture, the facade units were optimized into irregular hyperbolic surfaces. Modeling and parametric design were applied to make repeated comparisons of the unit division solutions. Eventually, a 2mx3m vertical unit that can be lifted for assembly was chosen. Those modular units create a curvy form that emulates the irregular flow of the Yellow River featuring nine major curves. Meanwhile, those components could be manufactured in a standardized way, hence simplifying the construction process and saving cost. 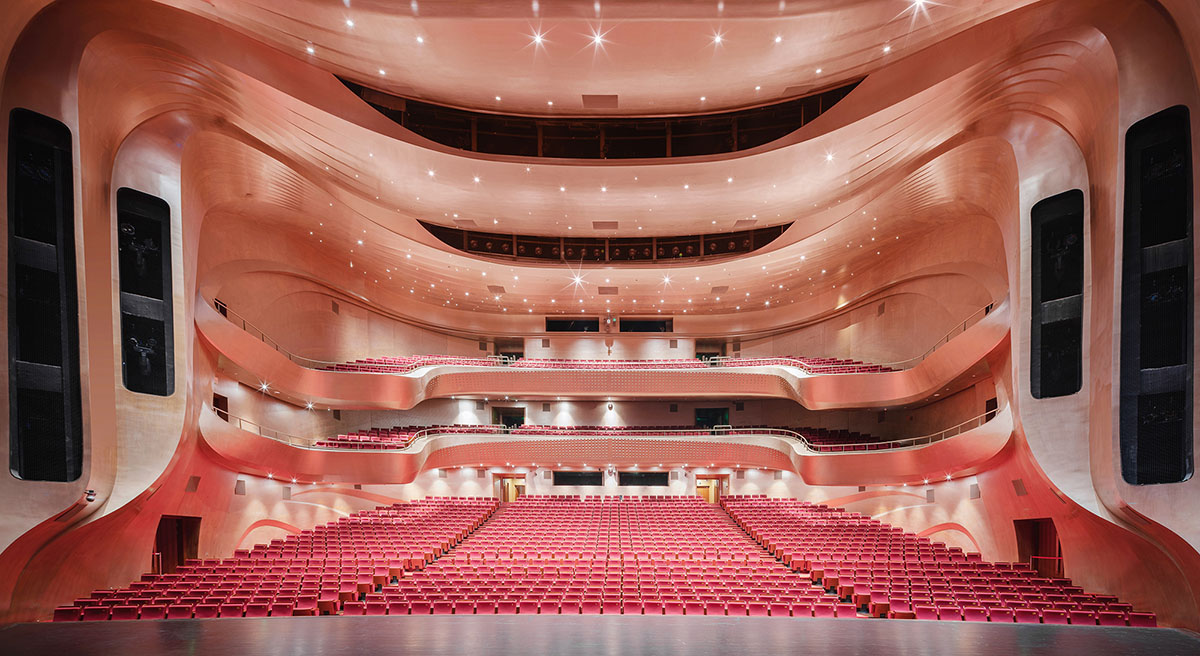 The ingenious hemispherical facade with a concave, reminiscent of the shape of hemispherical nails of traditional Chinese palace gate, creates an exterior that blends both traditional and innovative features. The use of self-supporting U-shaped aluminum tubes and the manual wire drawing and coating techniques, enables those aluminum components to break free from the keel and appear more graceful.

At the same time, the manual wire drawing process created a multi-layered bronze-tone texture. Combined with the cultural context of the Xia and Shang dynasties, the Yellow River and the local opera elements, it presents the building's historical significance both visually and metaphorically. 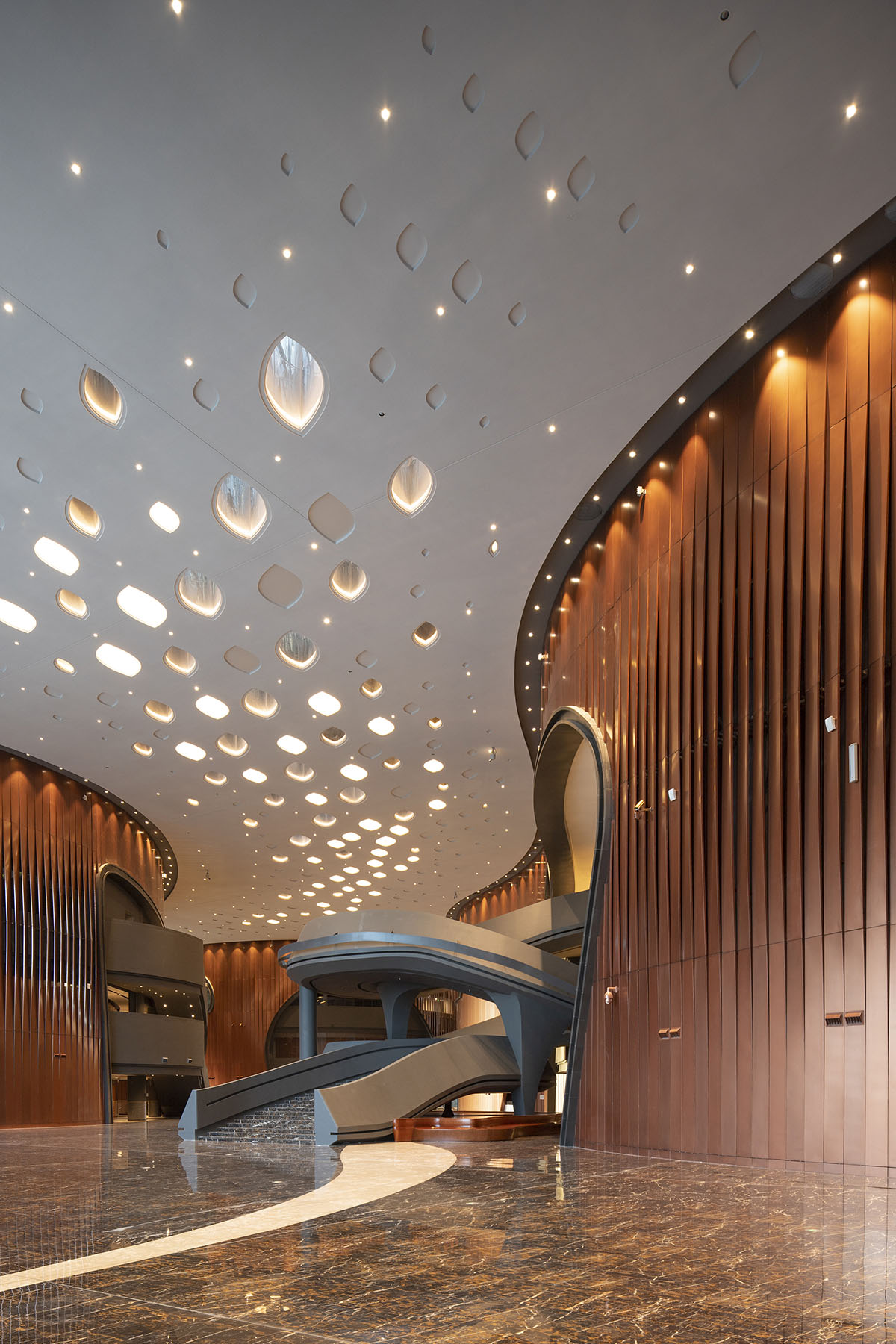 Another creative design is reflected in the water drop-shaped skylights featuring a light-guiding internal surface, which reduces the weight, as well as construction and maintenance cost compared with traditional reflective glazing surface. 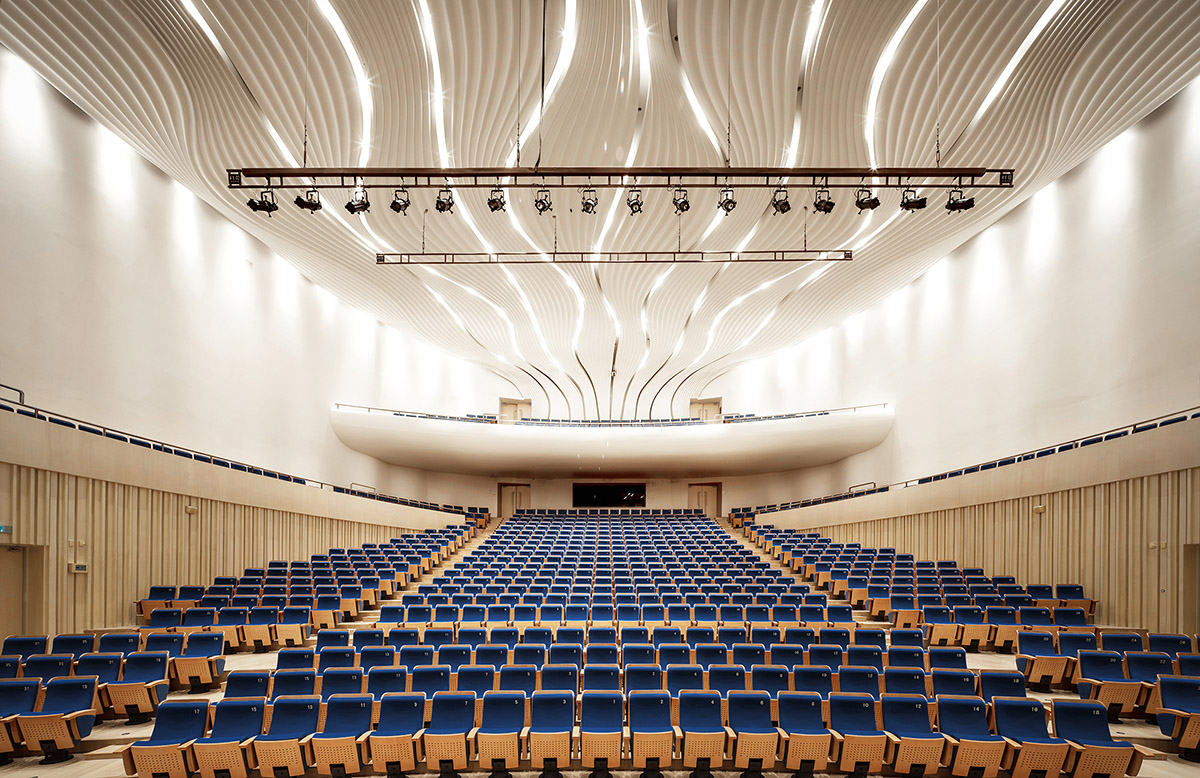 Since its completion, Zhengzhou Grand Theater has received more than 20 provincial and municipal delegations and held numerous events, including 2021 Zhengzhou Spring Festival Gala, opening ceremony of the Yellow River Culture Month, performances by visiting theaters of other provinces, and more.

It also provided a venue for the ceremony of the 29th Golden Rooster and Hundred Flowers Awards and various cultural performances, gaining wide recognition from society. In the future, Zhengzhou Grand Theater will strengthen its role in invigorating the performing arts market and make cultural events more accessible to the public. It will continue to enhance the cultural image of the city and itself as a benchmark of local cultural landmarks, so as to contribute to constructing "cultural Zhengzhou, civilized Zhengzhou". 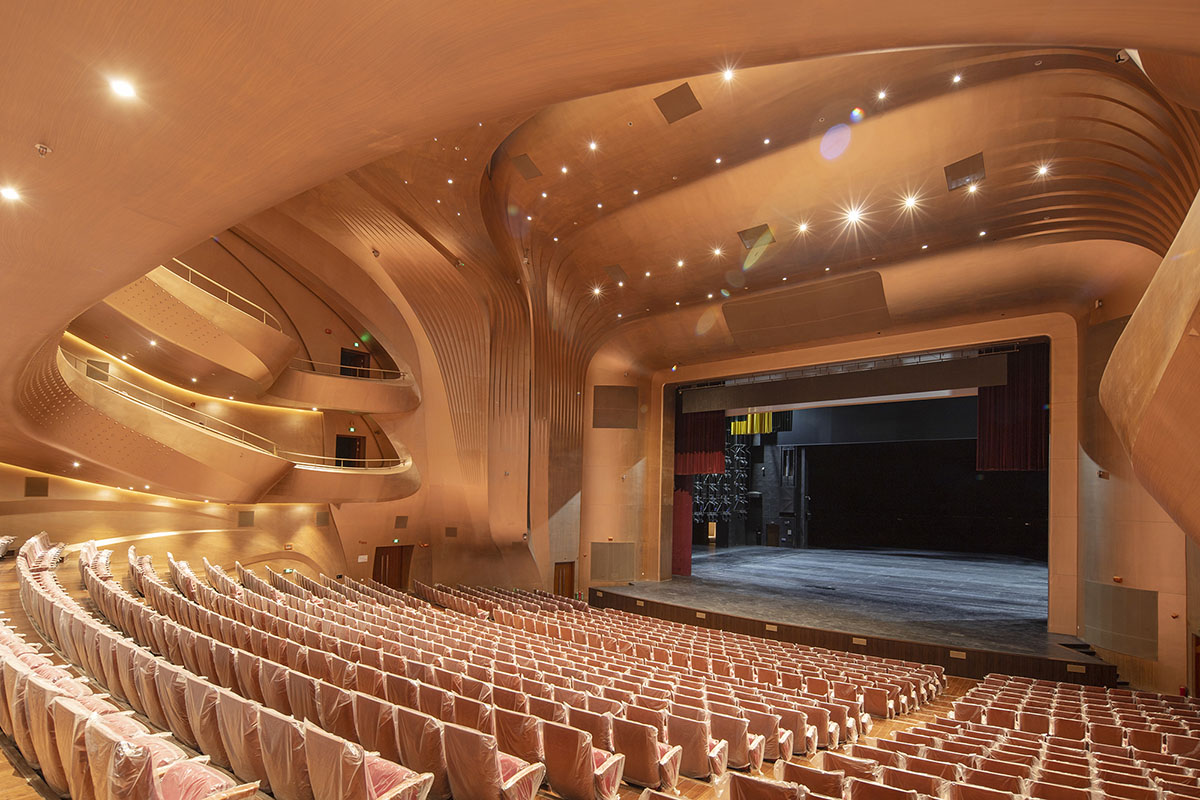 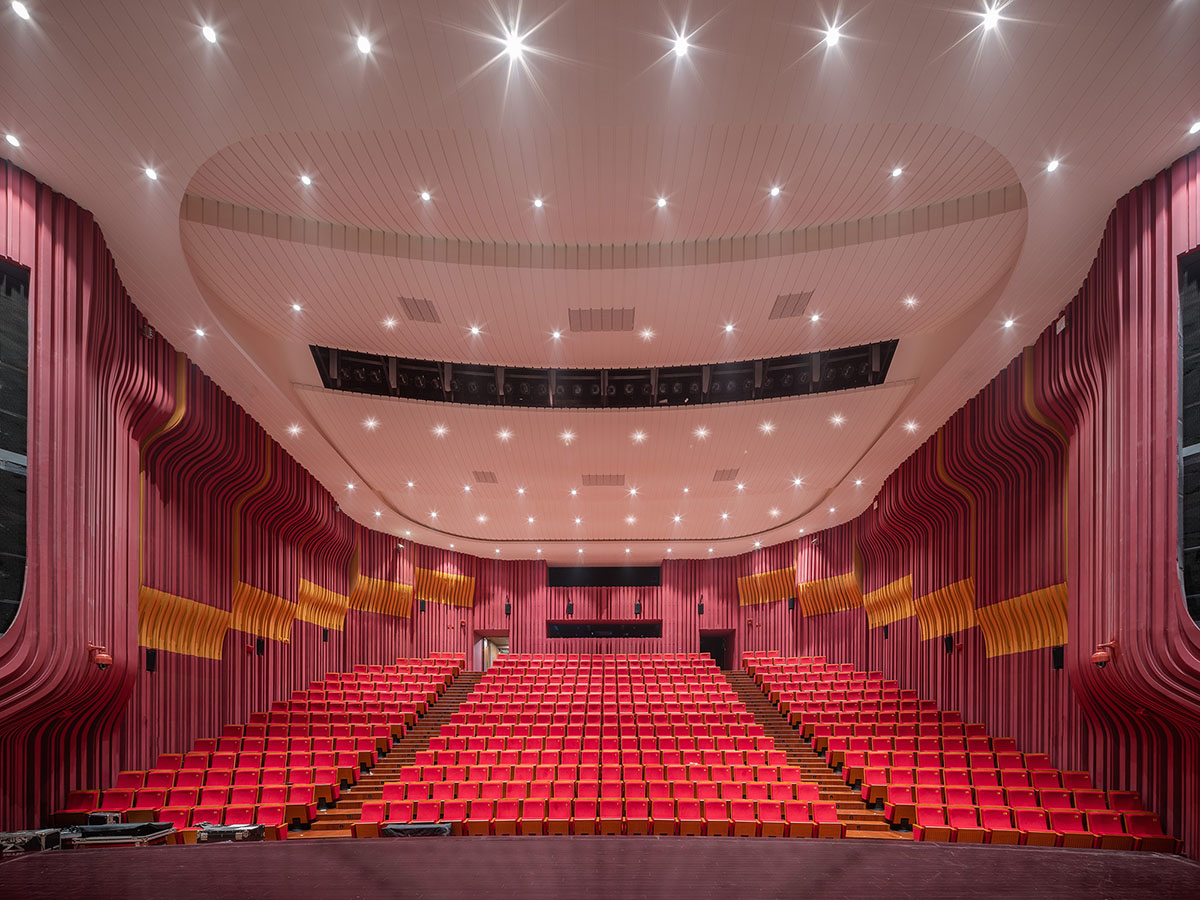 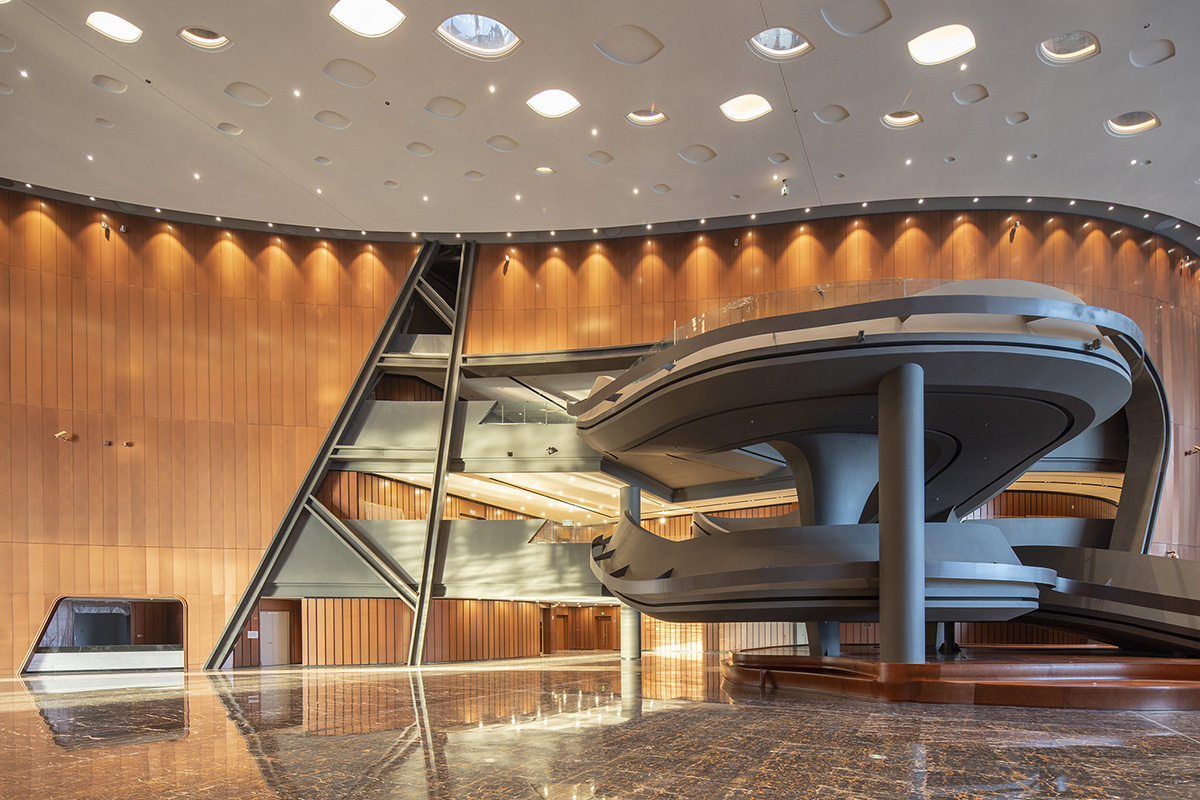 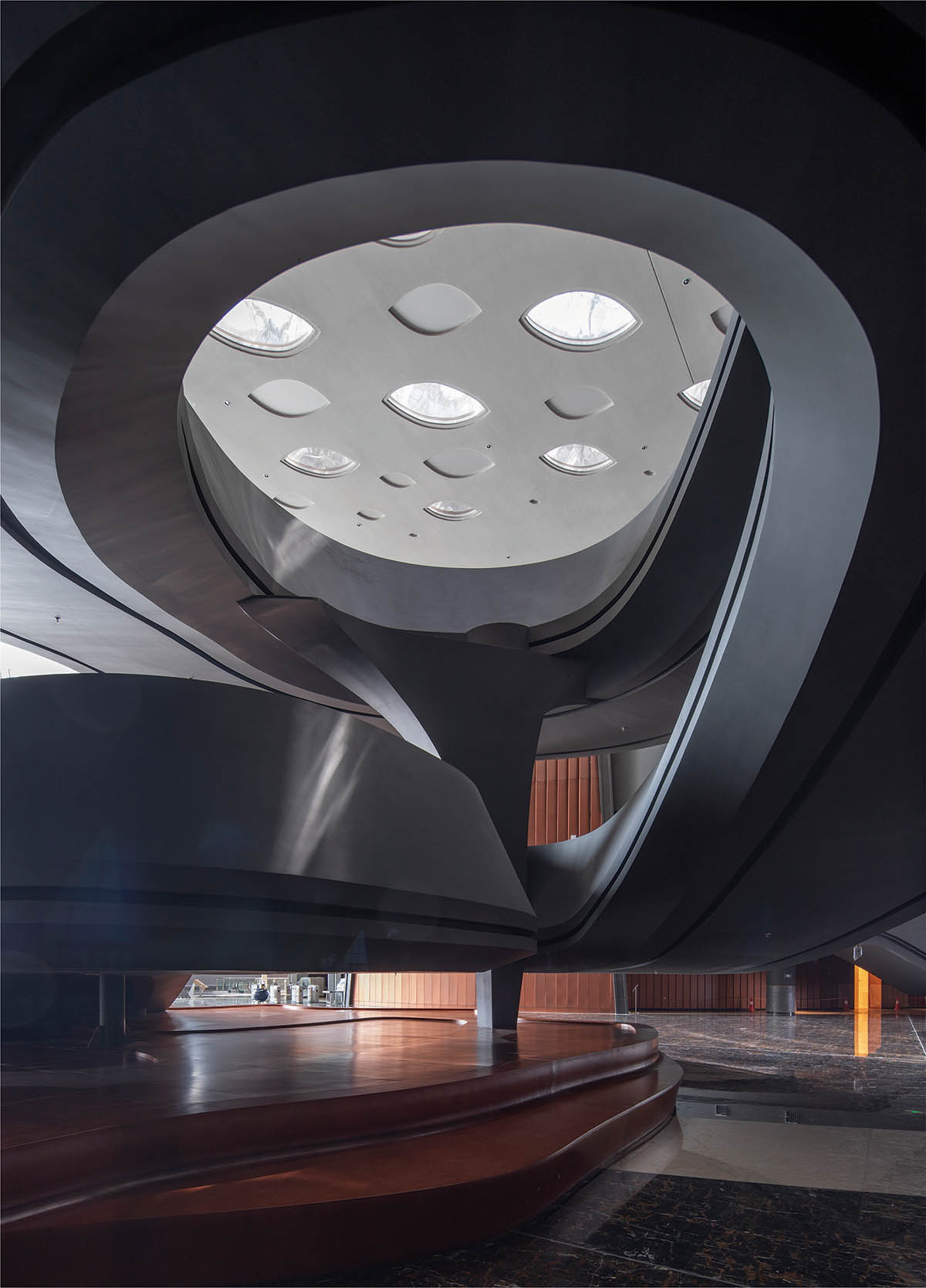 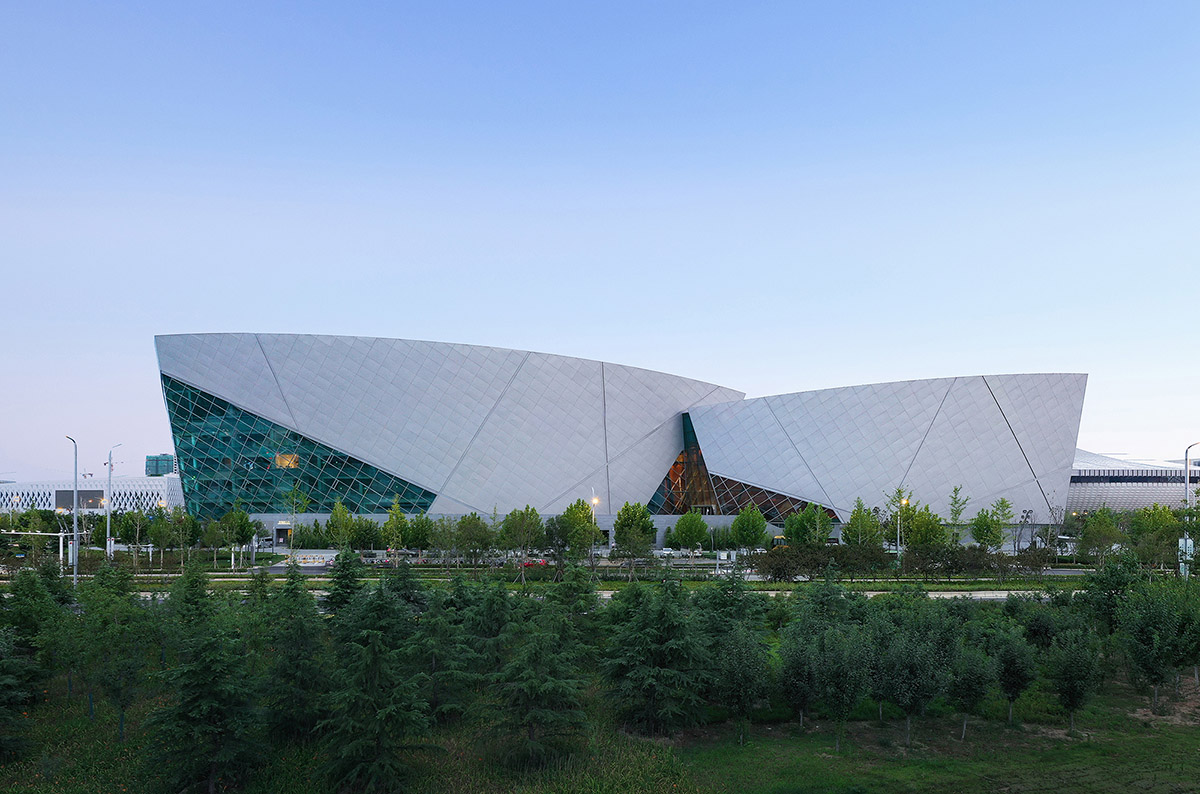 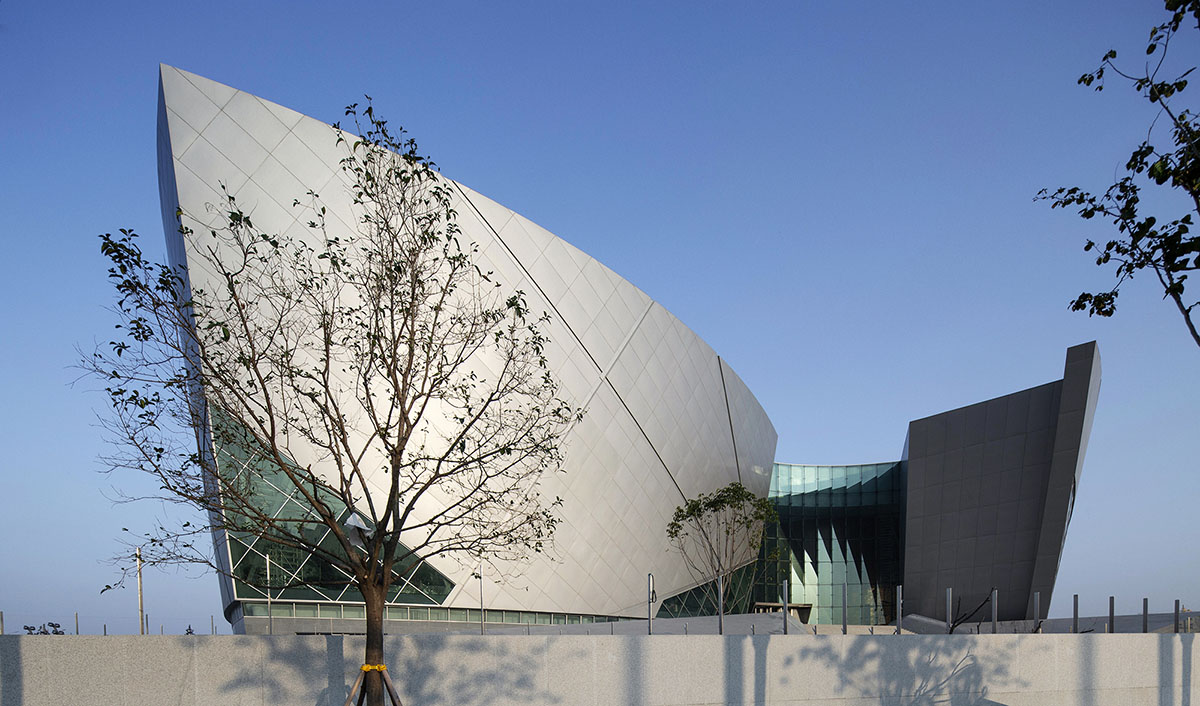 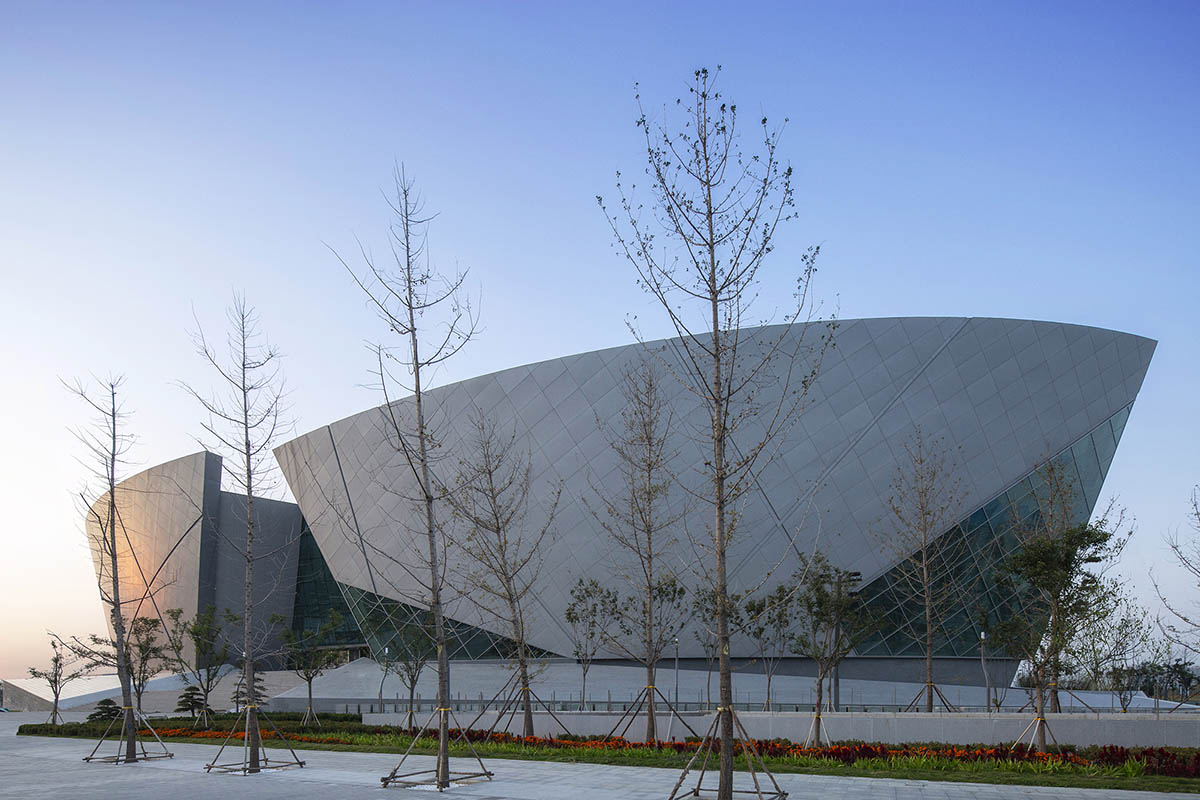 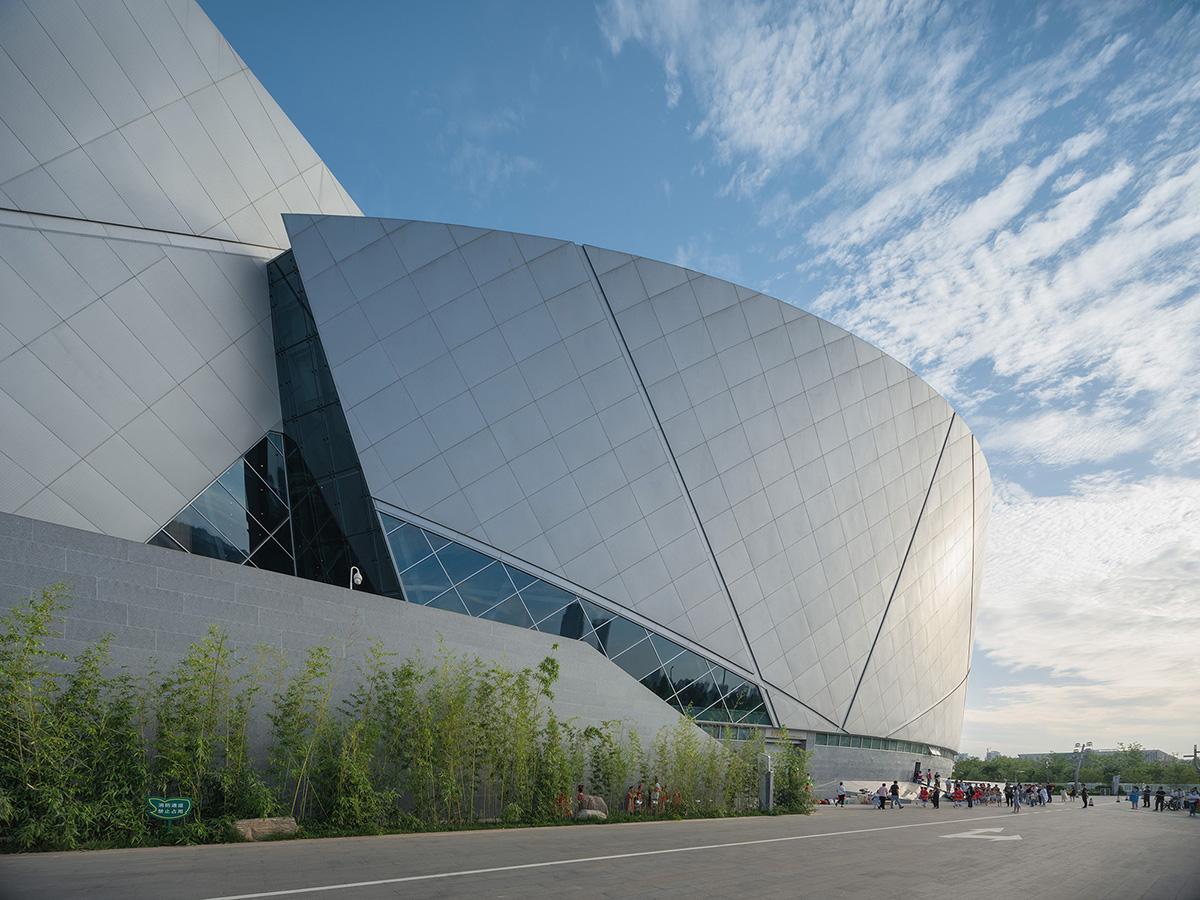 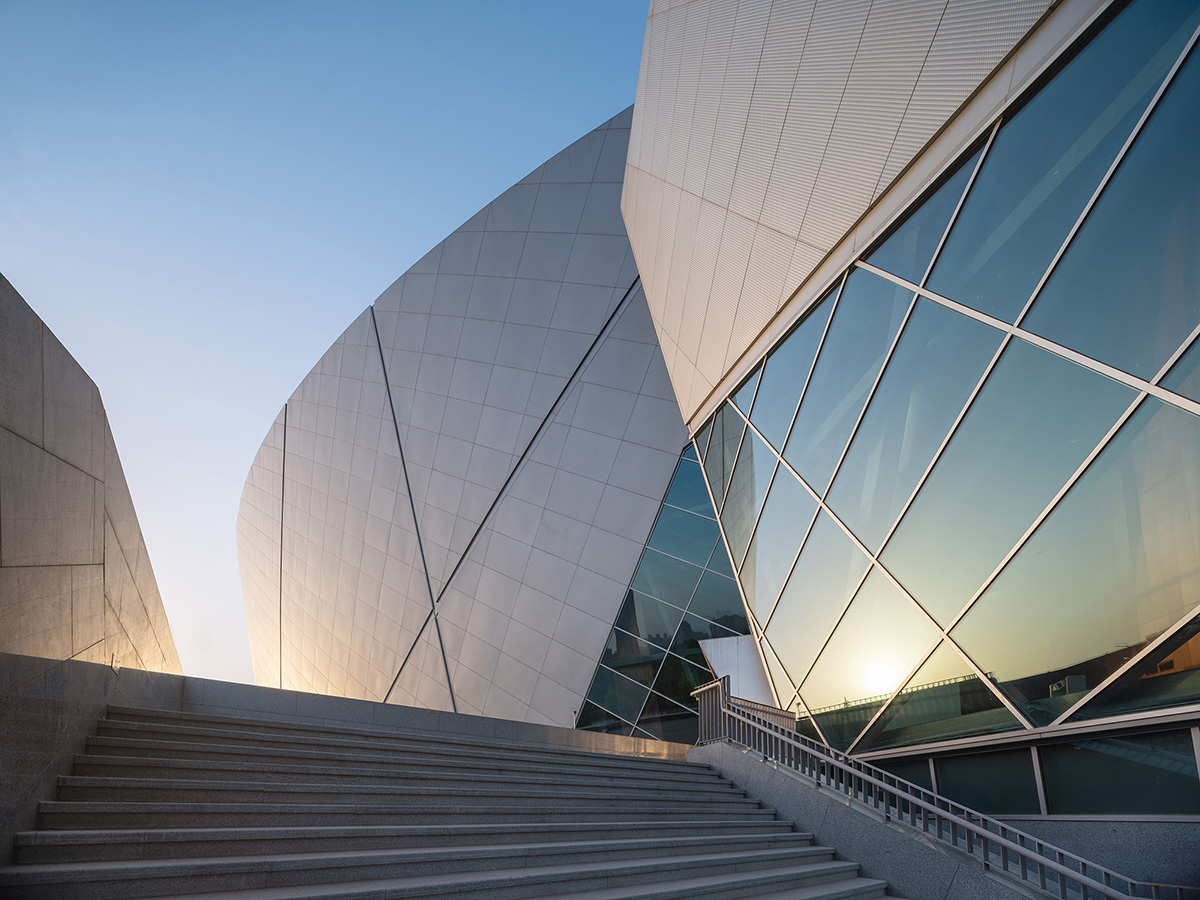 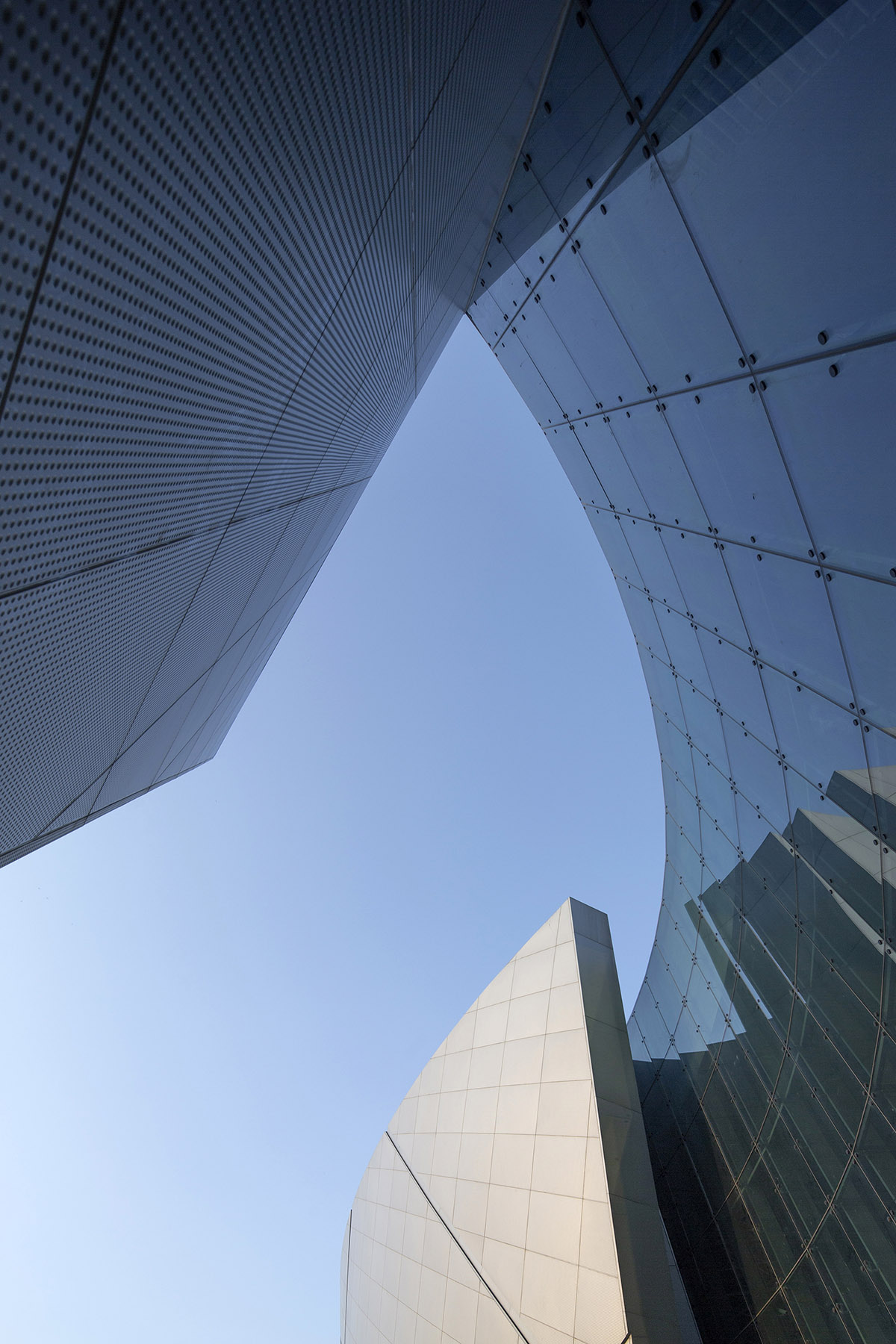 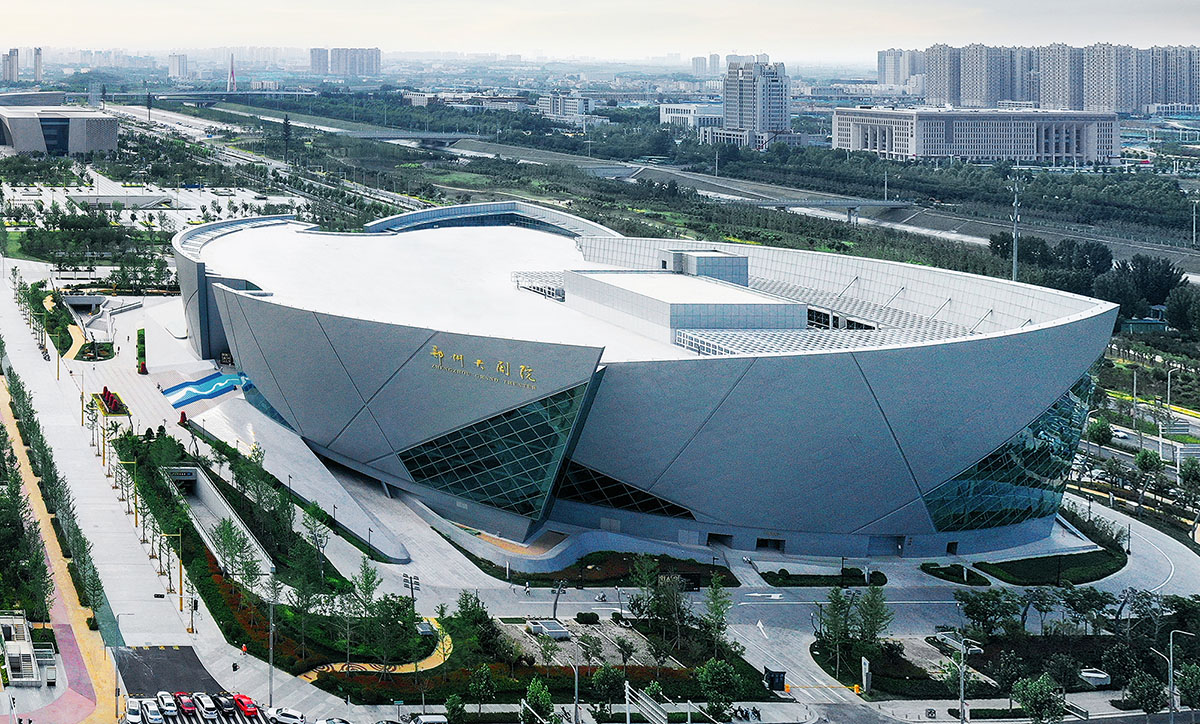 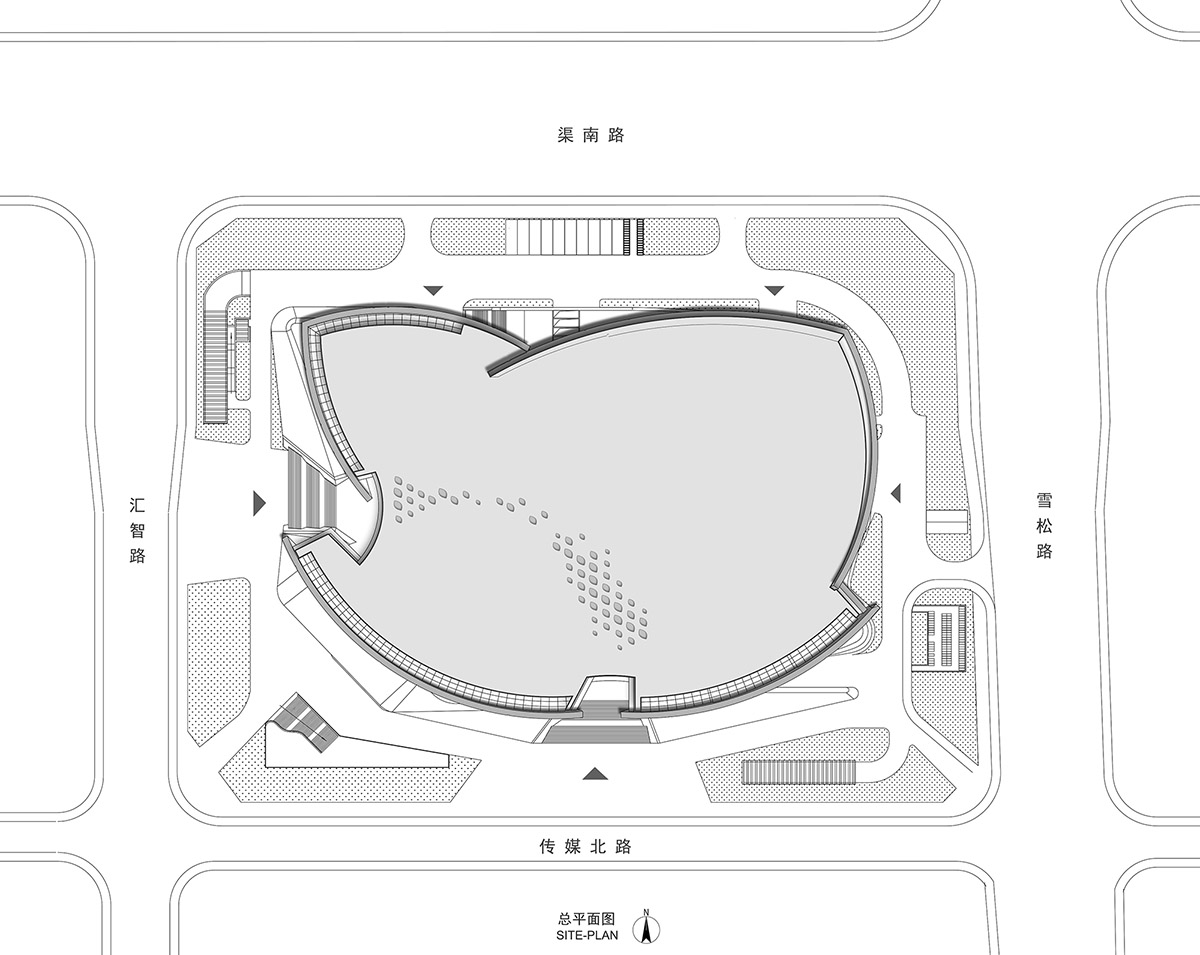 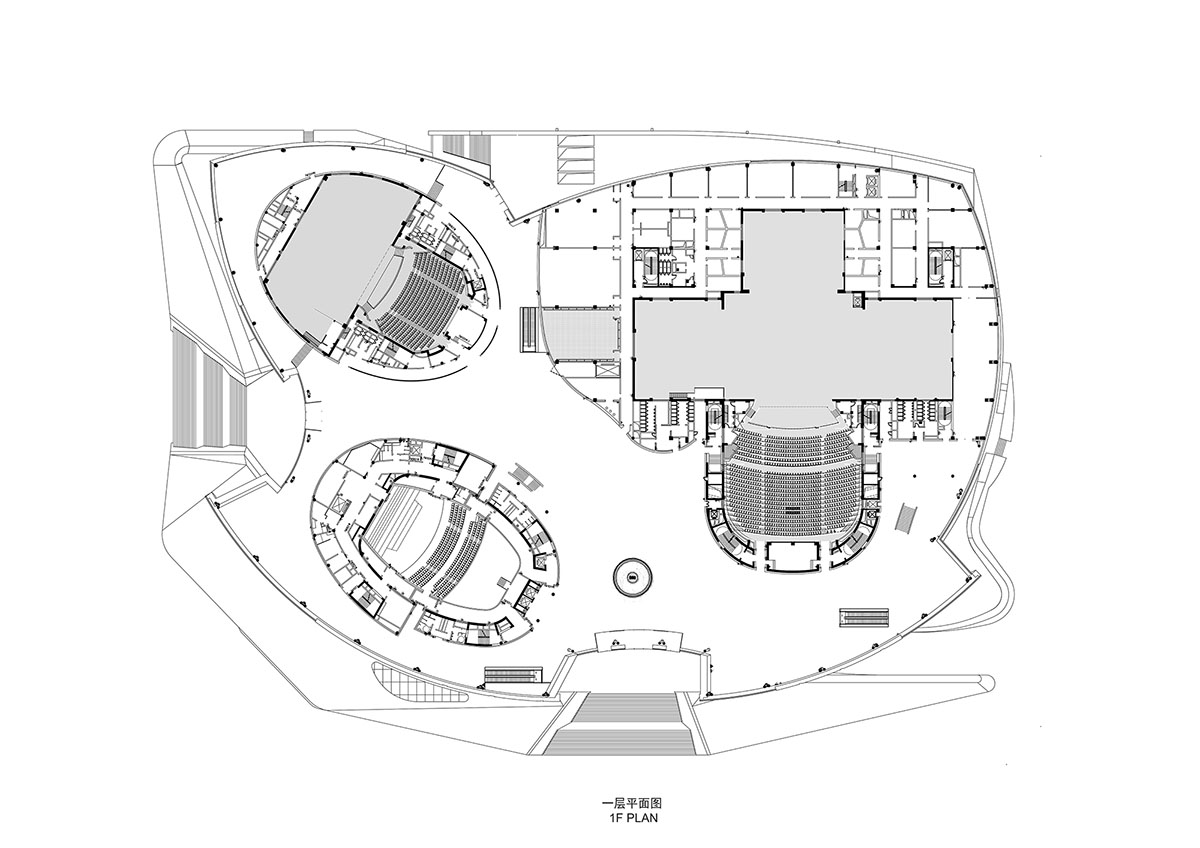 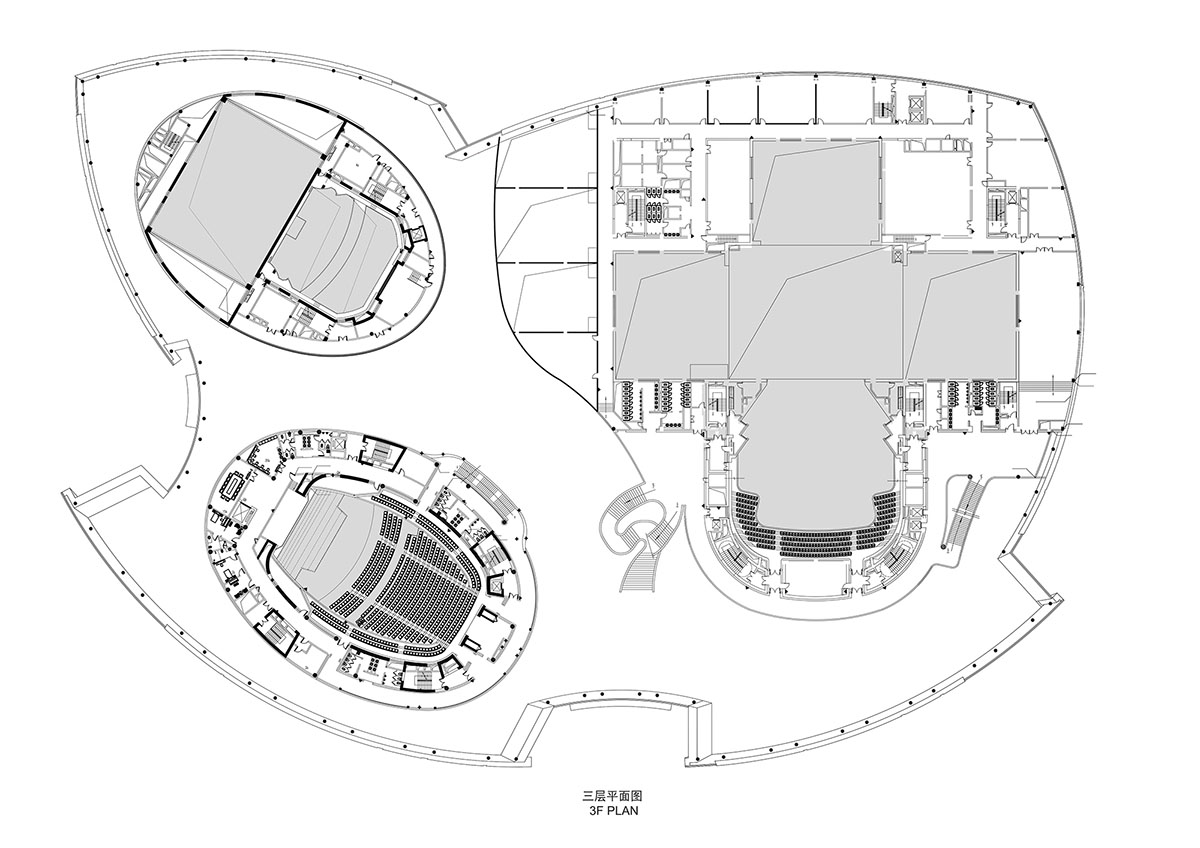 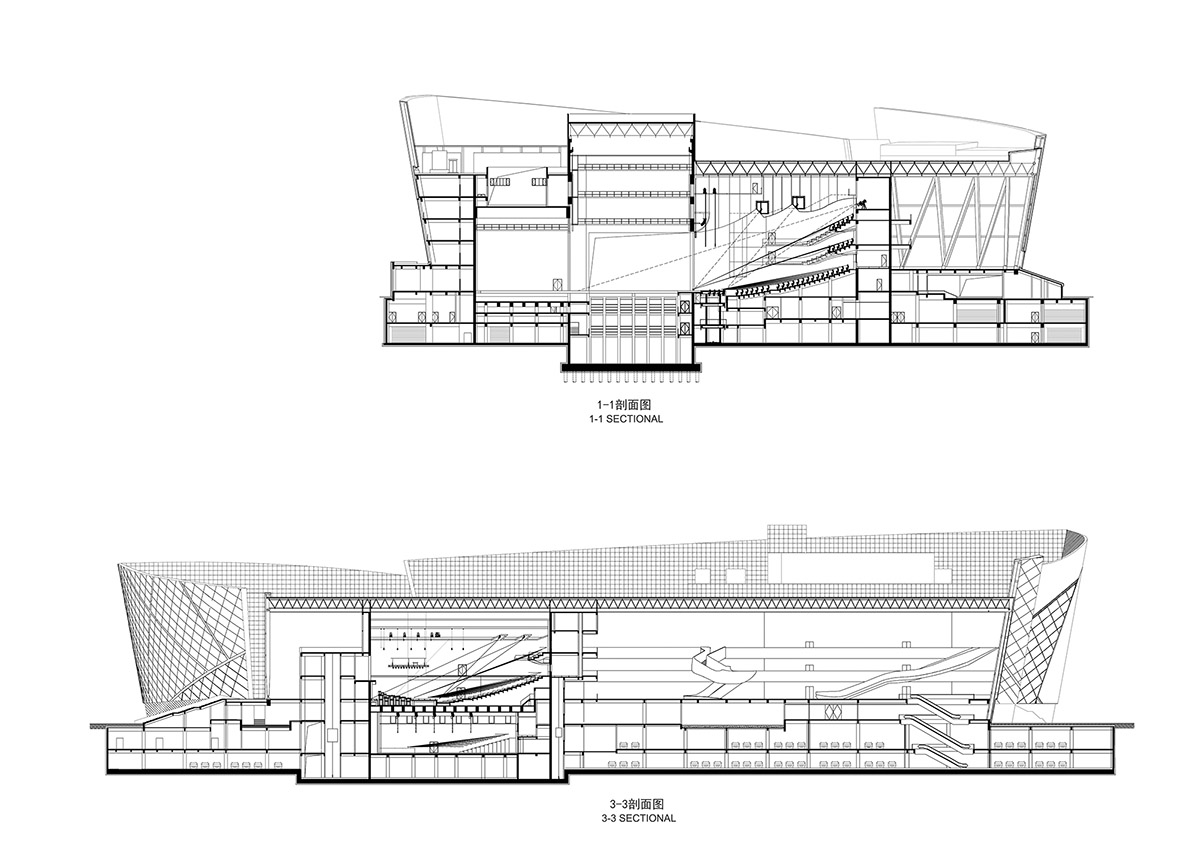 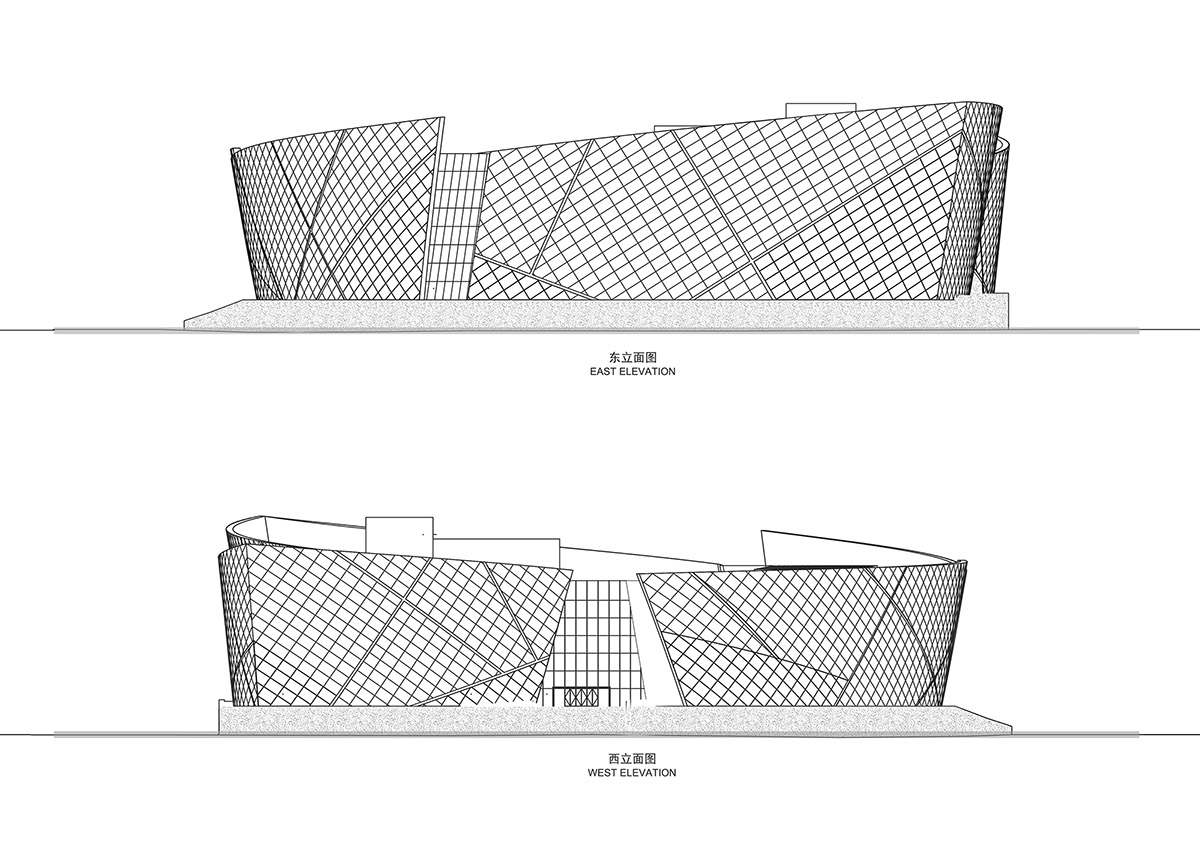 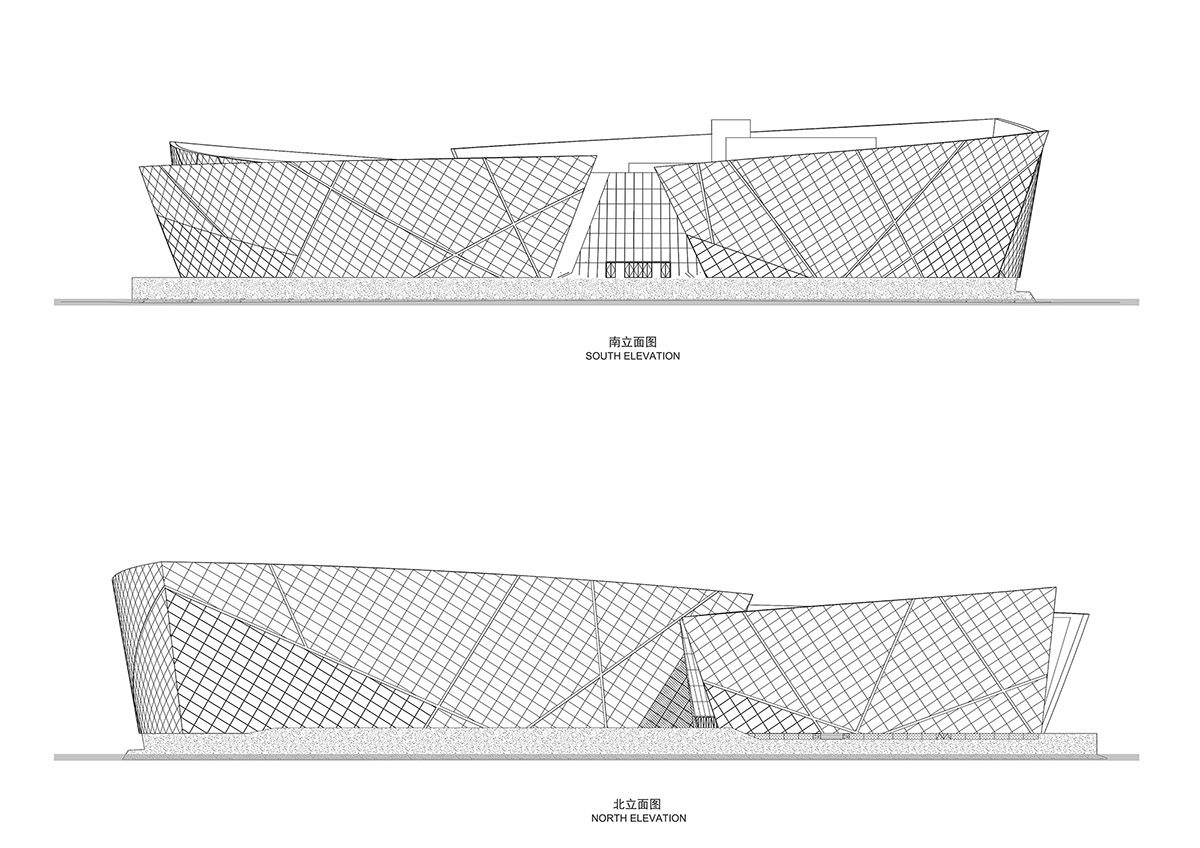 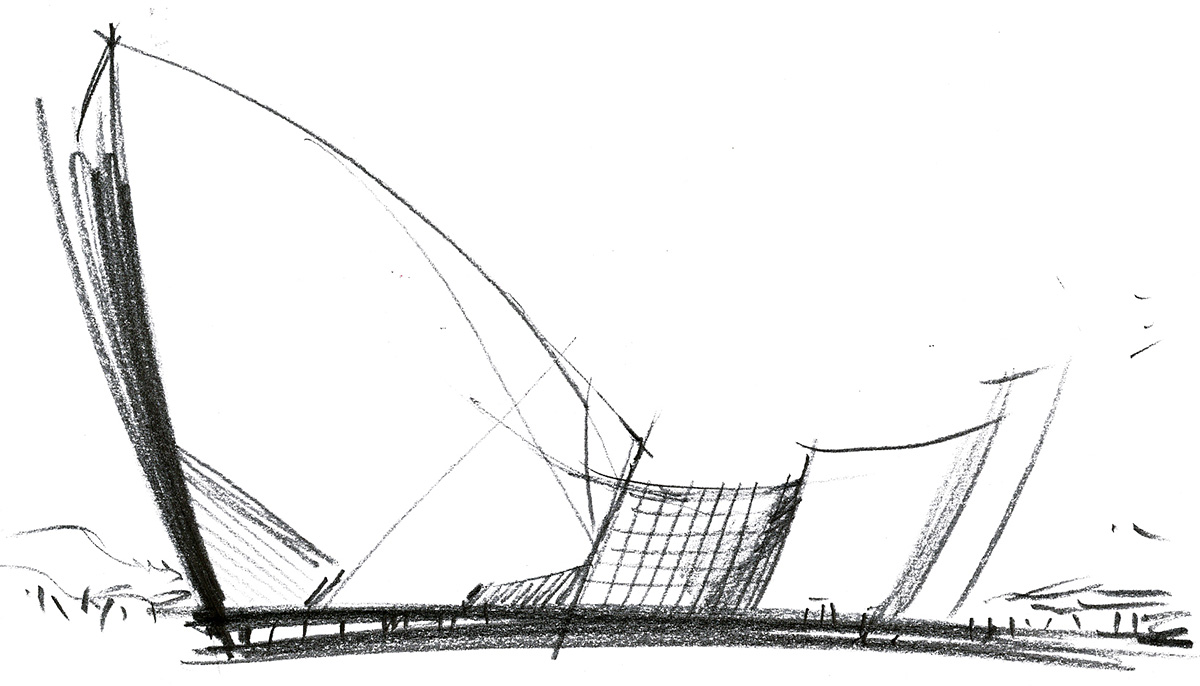 Video can be watched from here.

All drawings © The Architectural Design and Research Institute of HIT

> via The Architectural Design and Research Institute of HIT

Rustic Canyon designed by Walker Workshop features light-filled and creamy interiors in Los Angeles
May 13, 2022 • 1253
Kengo Kuma and Associates designs commercial building covered by plants in downtown San Jose
May 09, 2022 • 1048
World Architecture Festival and World Festival Of Interiors open for entries for Its 2022 edition
May 09, 2022 • 1038
Morphosis' University of Texas, a new arts campus breaks ground at Dallas
May 12, 2022 • 1018
Field Conforming Studio installs steel sculpture with nine hollow columns in Tangshan
May 11, 2022 • 791
JKMM Architects transforms former buildings into a new building for University of the Arts Helsinki
May 11, 2022 • 768